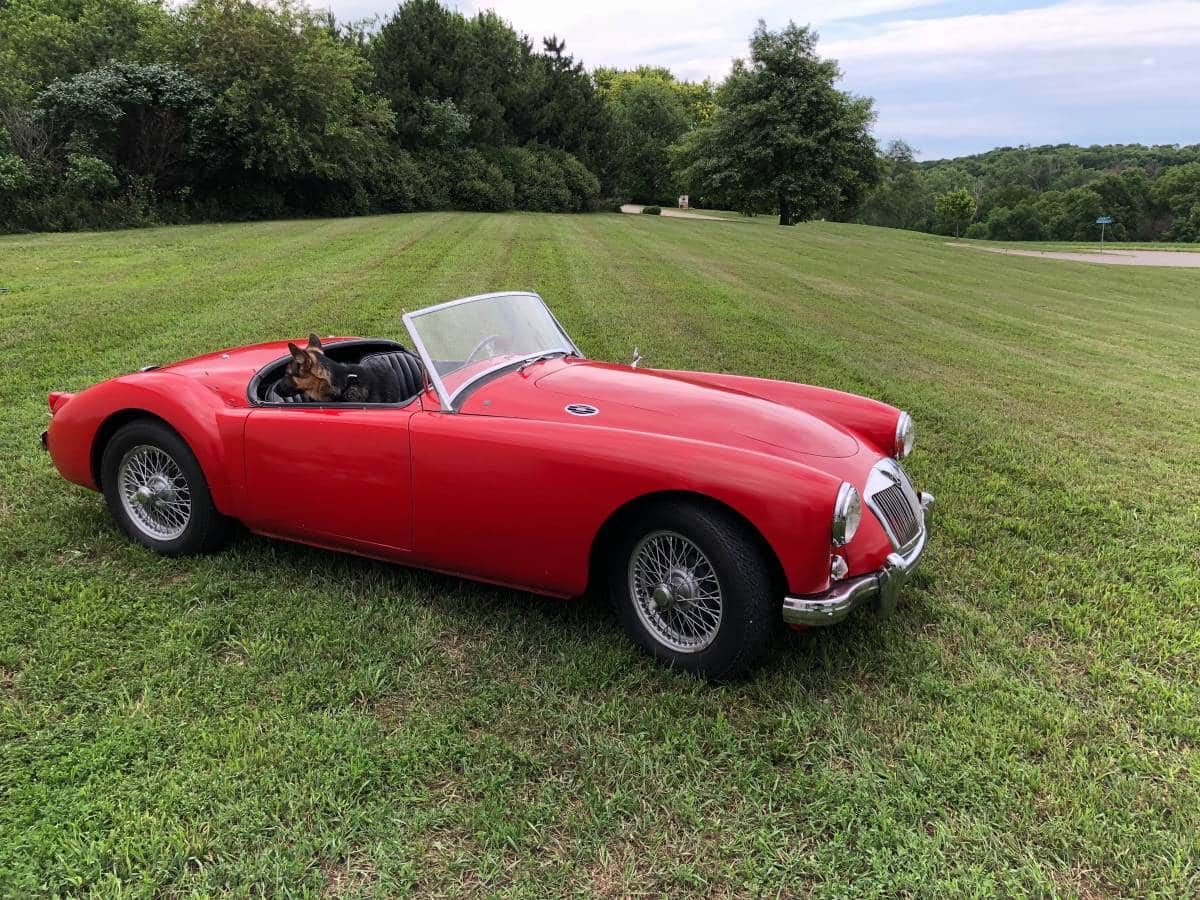 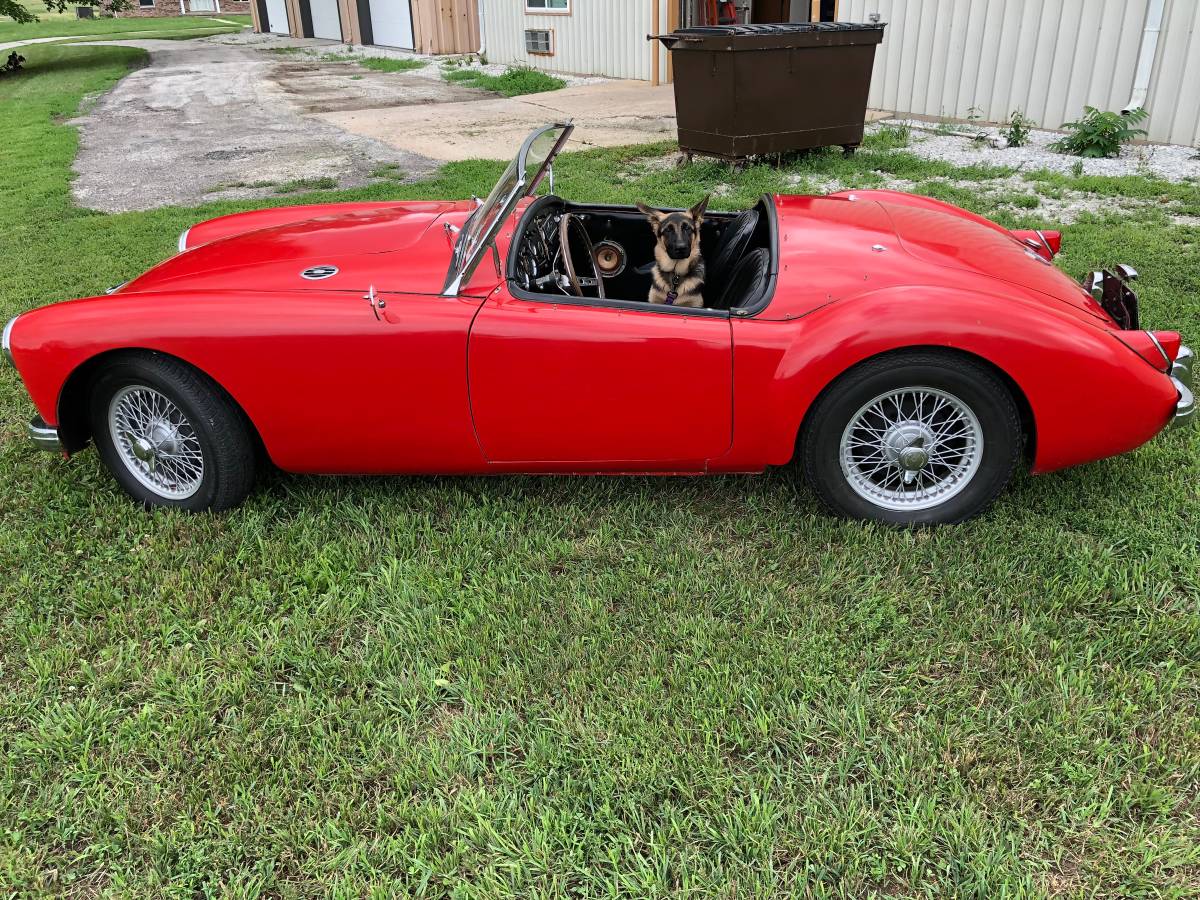 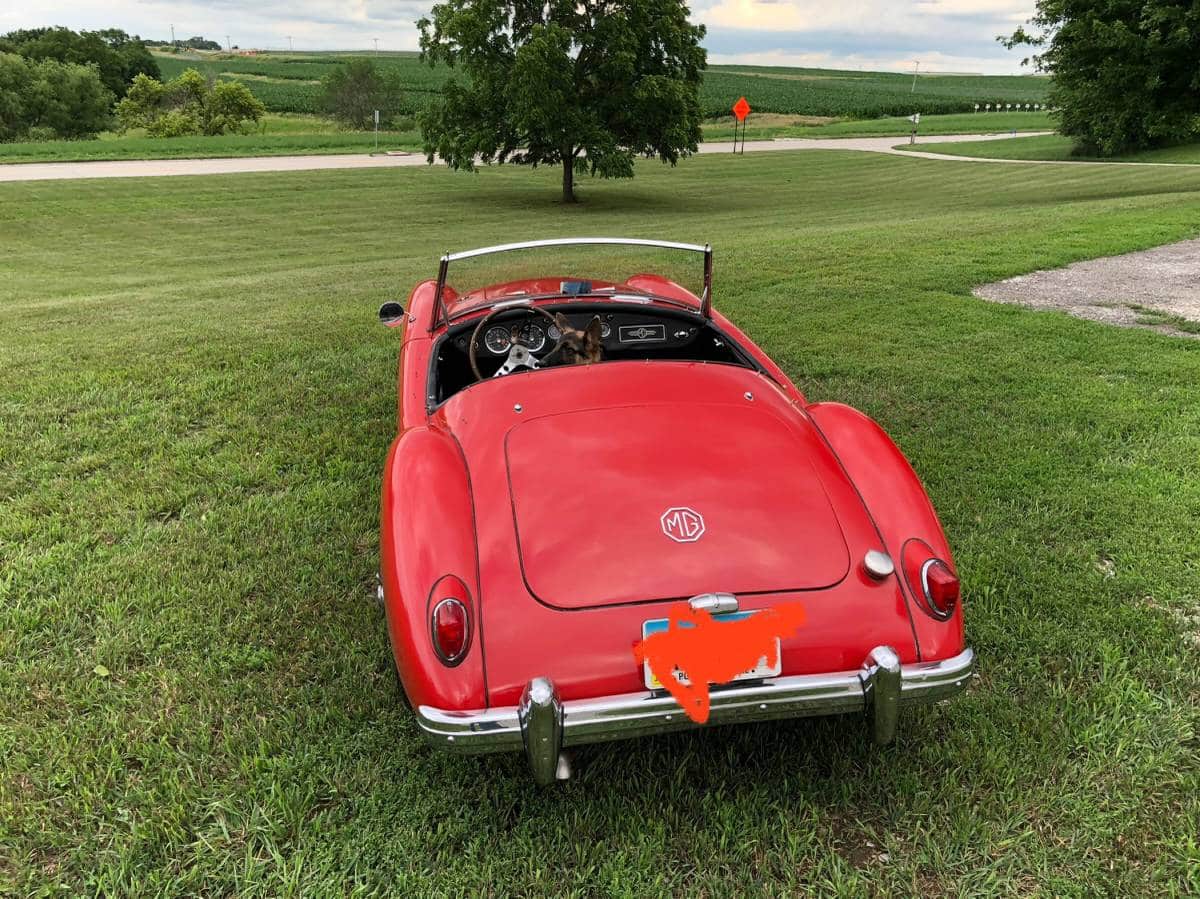 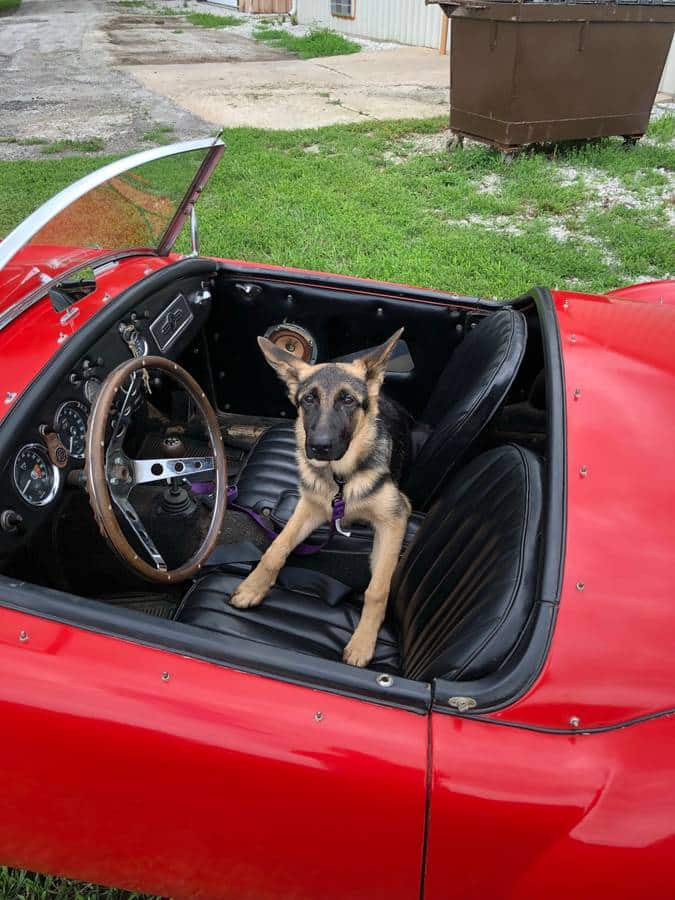 September 3, 2022, Update – We confirmed the seller of this “Classifind” deleted their listing, so we’re now able to call this one “SOLD!” While this one got away, please reach out either by email or call us directly if you’d like to be informed when we come across something similar.

Morris Garage’s (better known simply as “MG”) best-looking car, in our humble opinion, has always been the MGA as it merged pre-war sports car charm with a hint of more modern “ponton” design language. Based on the pictures, the seller of this driver-quality, red-over-black leather example originally listed in August 2022 on Craigslist near Omaha, Nebraska, has a German Shepard who does not want to see their owner’s sports car sold.

In addition to the standard top, this seller notes a tonneau cover will be included with the sale.  In addition to reporting their MGA has always been stored indoors, their vintage MG features a new wiring harness.

Currently offered for $15,000, Classic.com, the analytics and search engine for the collector car market, confirms the ask for this driver quality example is well below the five-year rolling average of this guide’s summary for similar 1959 MGAs.  By clicking on the green dots in the graph below, you can navigate to each comparable car sold as a way to help you evaluate the price of the truck featured here:

The MGA’s predecessor, the TF, featured a high driver seating position with a dated tractor-like ride and handling that was quickly falling out of favor with enthusiasts and as a result, sales began to decline.  Consequently, this new design was so different from the older MG models it was called the MGA, the “first of a new line” to quote contemporary advertising. There was also a new engine available, therefore the car did not have the originally intended XPAG unit but was fitted with the BMC B-series engine allowing a lower hood line. From a styling standpoint, it’s worth noting the MGA convertible such as the example featured here had no exterior door handles, while coupe versions did.

MGA’s relied on a body-on-frame design and used the inline four-cylinder “B series” engine from MG’s Magnette sedan driving the rear wheels through a four-speed gearbox. MGAs feature an independent front suspension utilizing coil springs and wishbones while a rigid axle with semi-elliptic springs supports the rear of the car. Steering was by rack and pinion. Buyers had their choice of either steel-disc road wheels of the car was available with either wire-spoked “knock-offs” such as the example here features.

The Downtown Driver YouTube Channel features this modern 4K video providing a perspective of what it’s like to drive an MGA around town:

While he doesn’t specifically call it out, we’re pretty sure the seller’s German Shepard shown in the pictures will not be included as part of the sale. Based on the limited pictures provided, it appears this 1959 MG MGA is a solid driver quality example you can enjoy as is or take it to the next level over the winter.

“I have a 1959 MGA roadster. This car has always been stored inside. It is drivable. Has a new wiring harness. The interior needs some work. I have the top for it and a top to just cover the seats. I have never had the top on it because I’m 6’4, and it’s a tight fit. 67,000 miles on it. Please contact me for more information.“