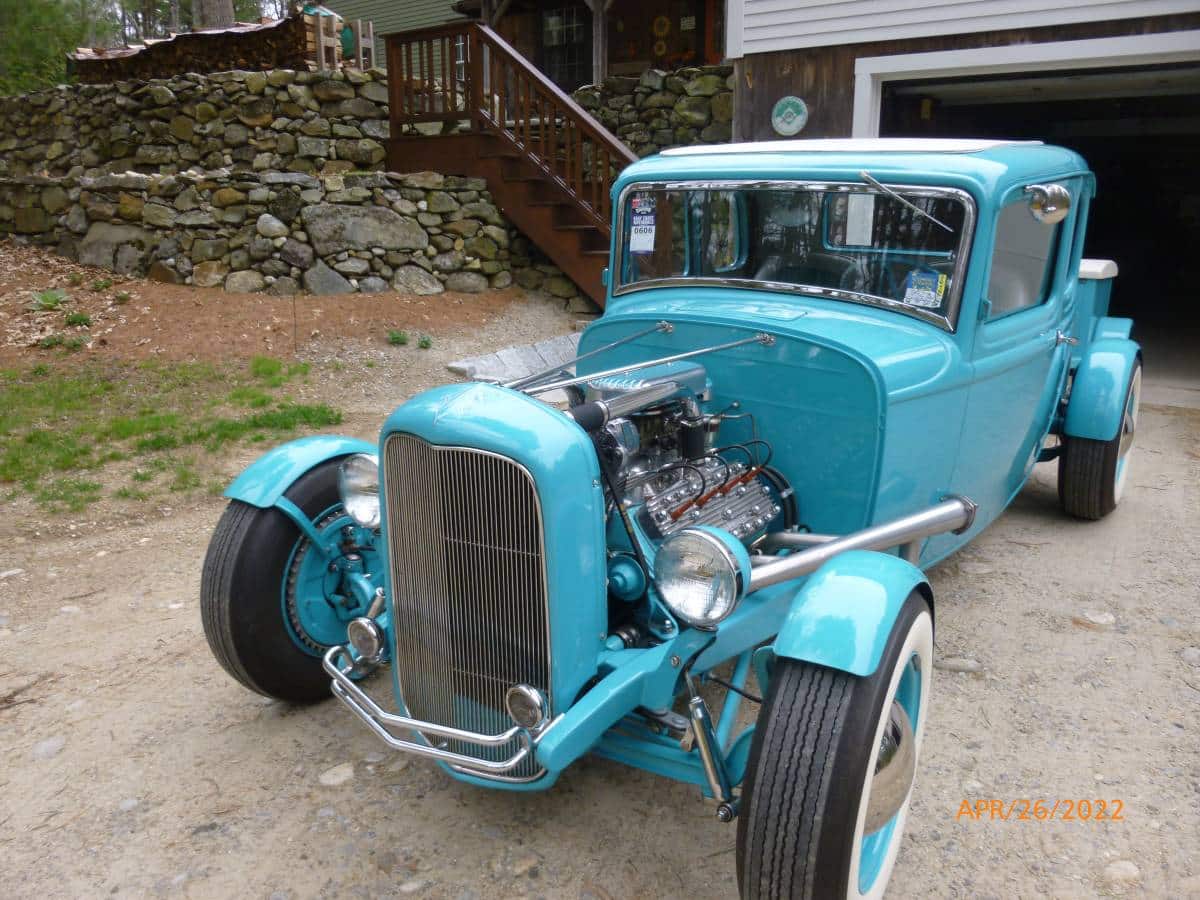 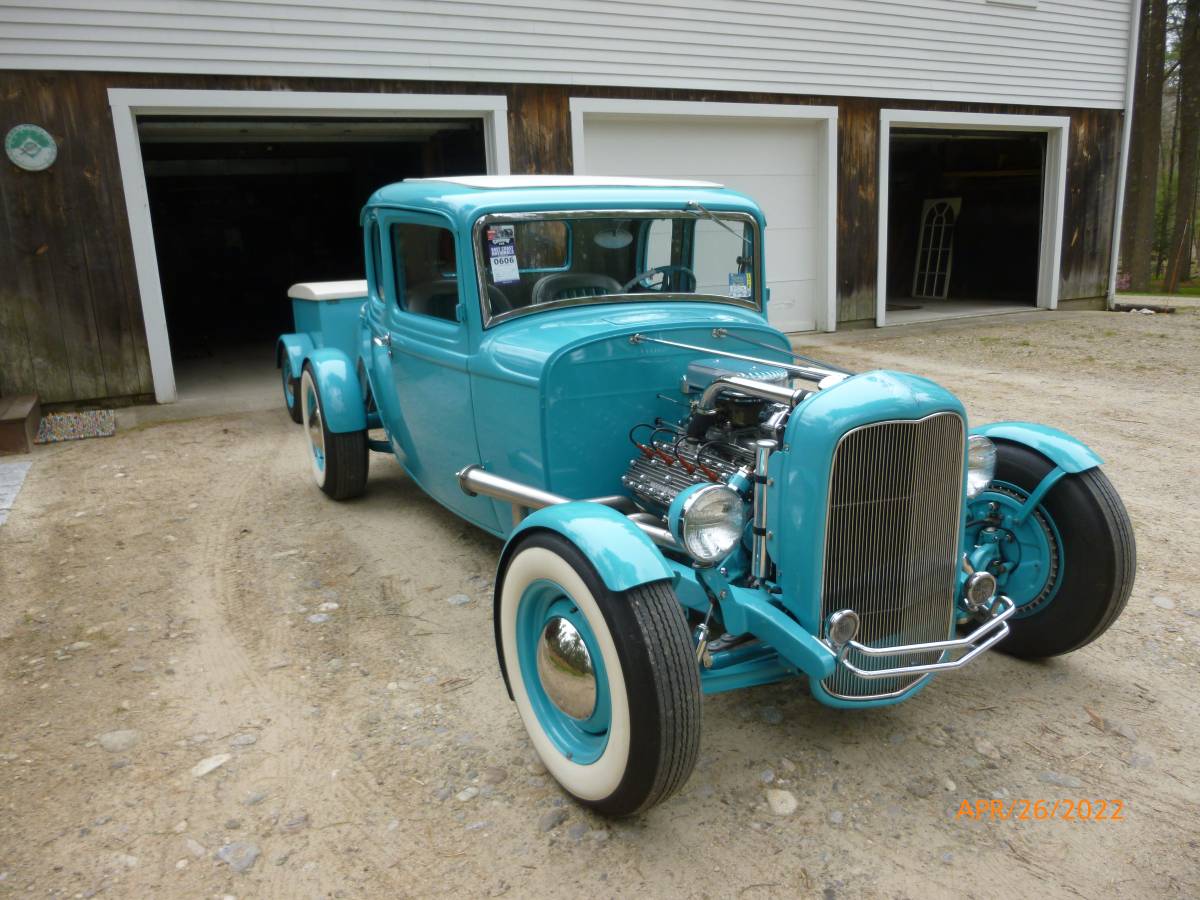 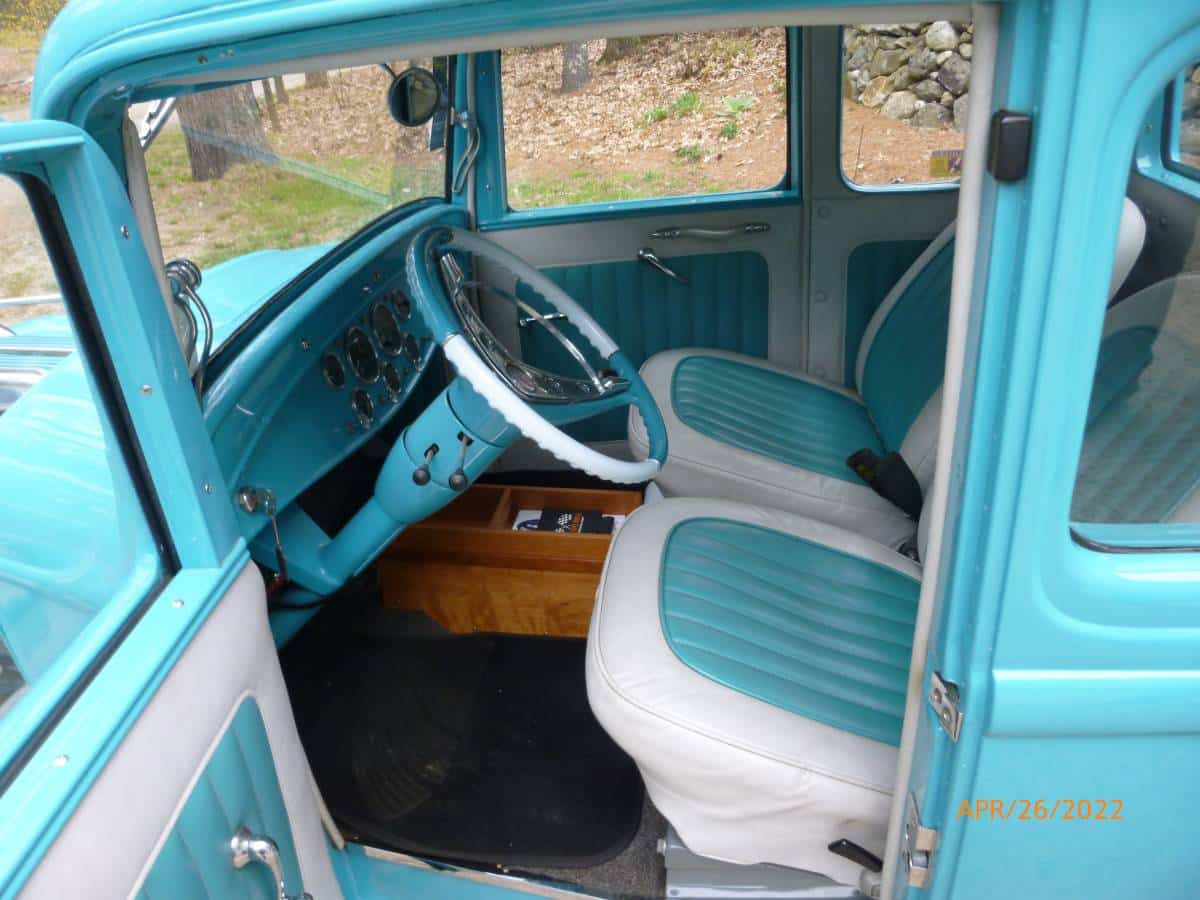 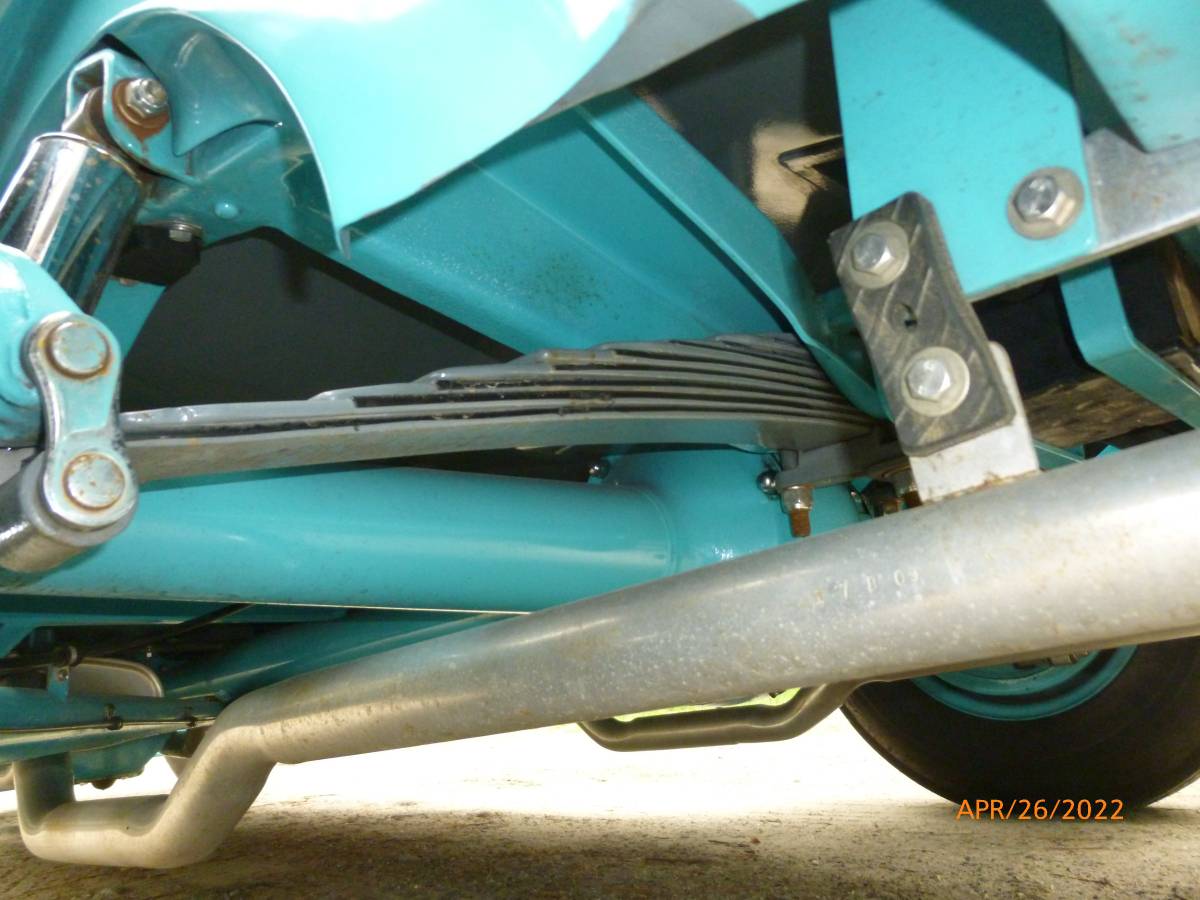 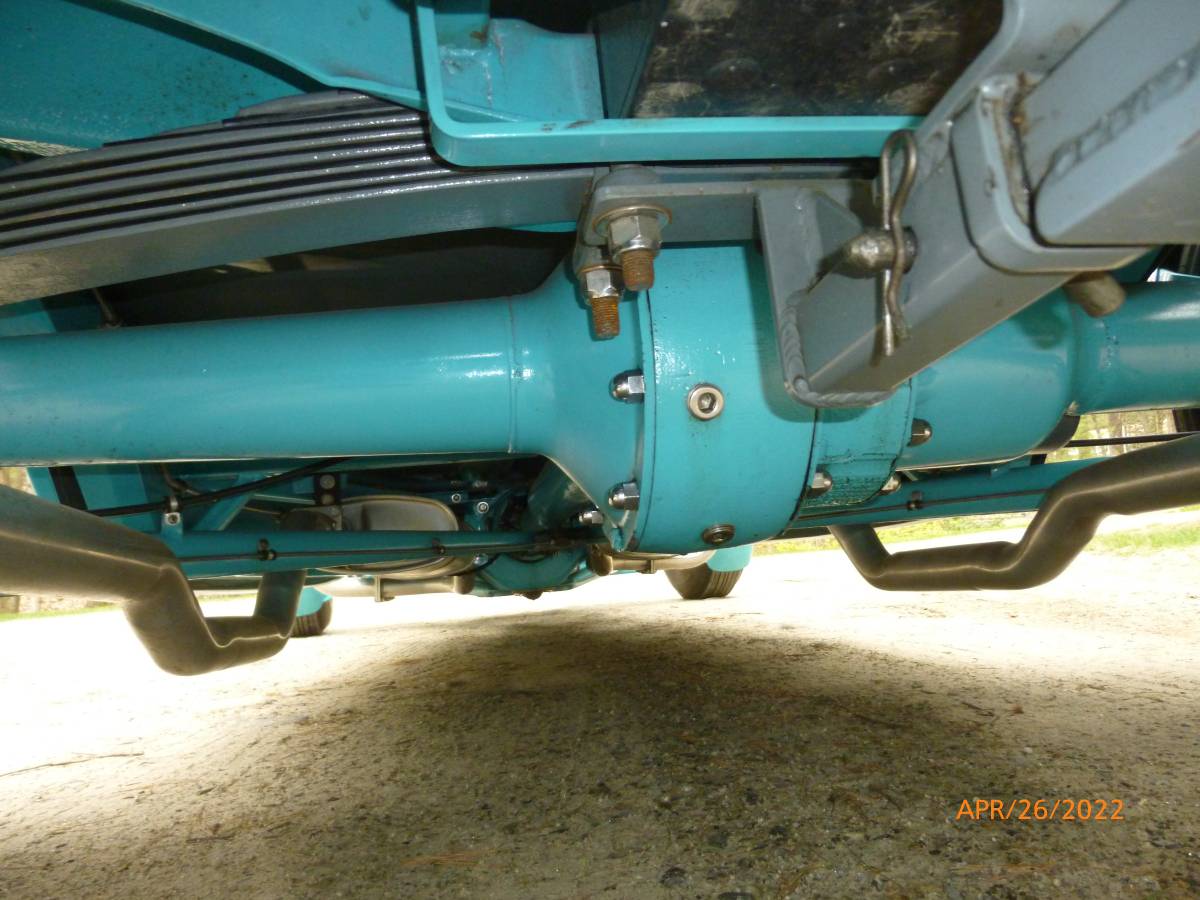 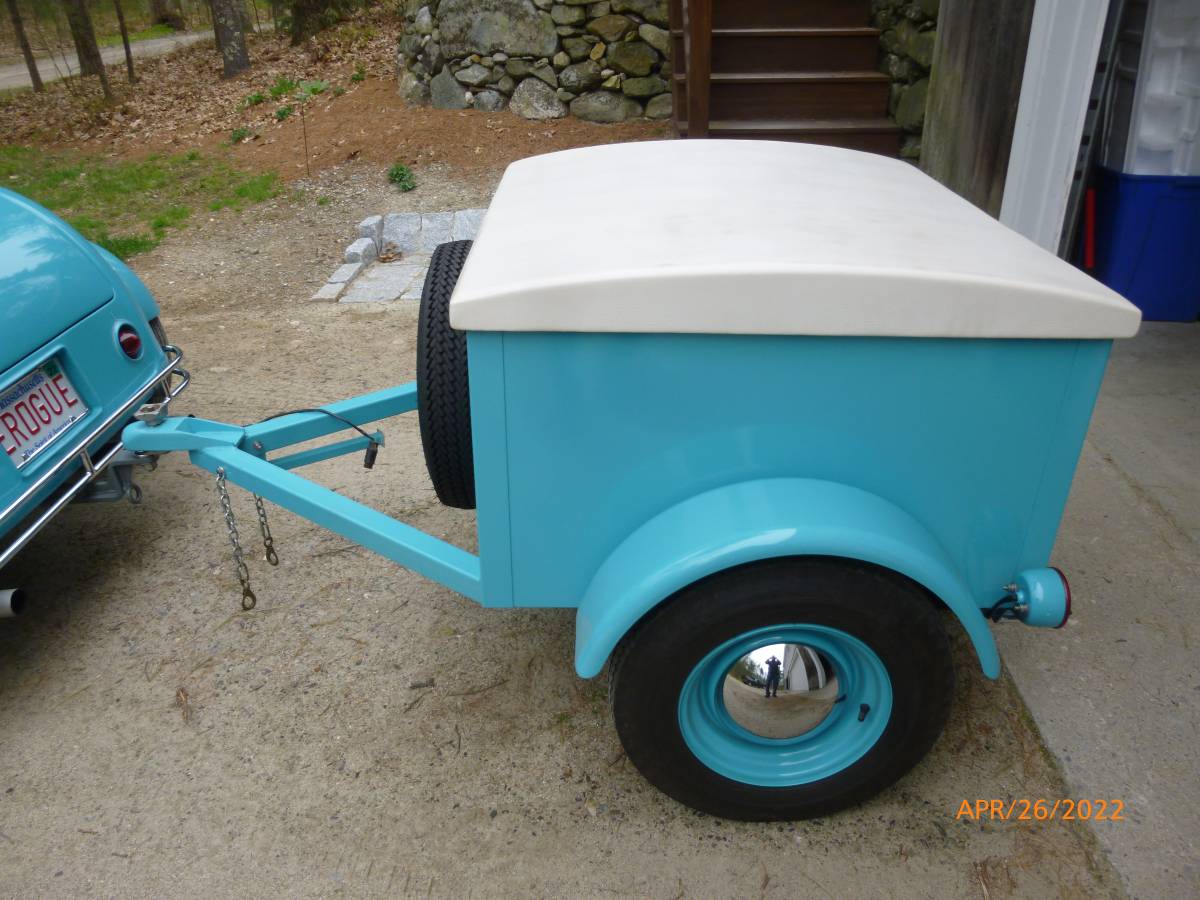 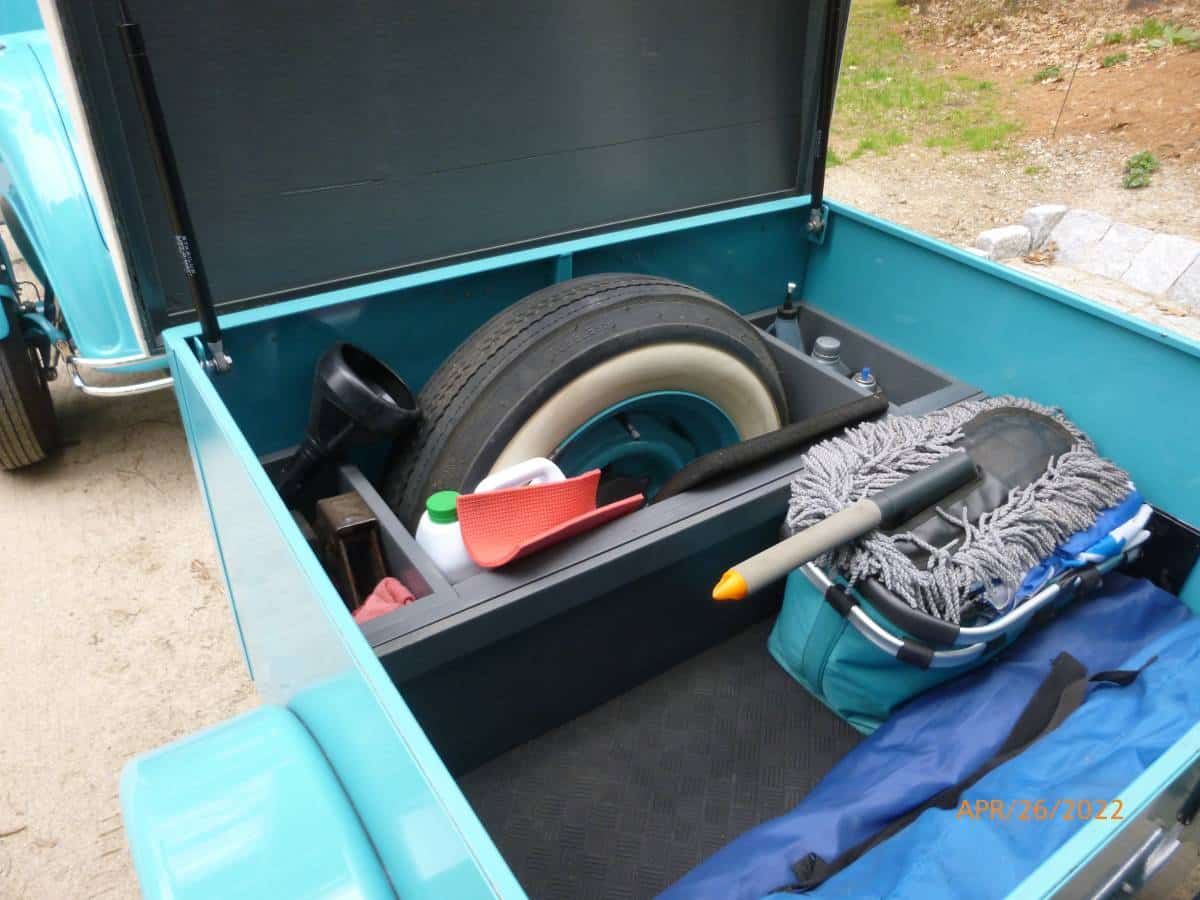 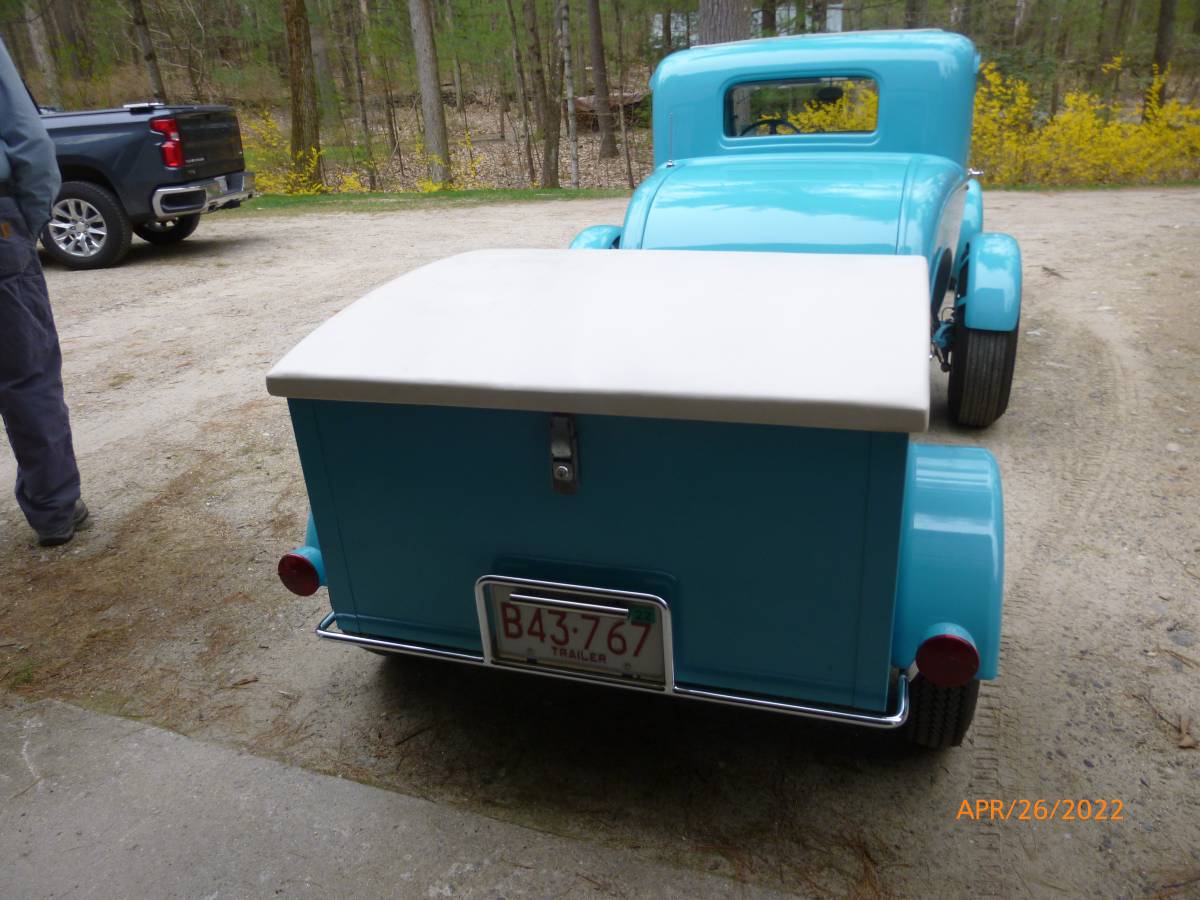 September 23, 2022, Update – We just confirmed the listing for this “Classifind” expired, so with no replacement found, we’re assuming this ride is “Sold?” While this one got away, please reach out either by email or call us directly if you’d like to be informed when we come across something similar.

Since starting this website, one of the rides we’ve grown an appreciation for are true vintage Hot Rods.  With its all-steel body, Mercury-sourced flathead V8, and Columbia two-speed rear end, this 1932 Ford five-window coupe originally listed in August 2022 on Craigslist in Ashburnham, Massachusetts (Boston) has all of the goods to make our cut to get featured. The seller reports their street rod was first built in the 1960s and has been used ever since.  While no pictures are provided as proof, the seller notes this car was featured in several Hot Rod magazines back in the day for a “How To” feature.

Currently offered for $60,000 or best offer, Classic.com, the analytics and search engine for the collector car market, confirms the ask is slightly below the one-year rolling average of this guide’s summary for 1932 Ford Hot Rods of all body styles. By clicking on the green dots in the graph below, you can navigate to each comparable car sold as a way to help you evaluate the price of the street rod featured here:

When Ford introduced the Model A in late 1927, there were several competitors also offering four-cylinder cars, among them Chevrolet, Dodge, Durant, and Willys. That changed within a few years, soon leaving the new Plymouth the sole major make in Ford’s price class with a four.

Although sharing a common platform, Model Bs and Model 18s came not only in Standard and Deluxe trim, they were available in a large variety of body styles. Some of them, such as the commercial cars described below, were only available as Standards, and a few others came only in Deluxe trim. There were two-door roadster, two-door cabriolet, four-door phaeton, two and four-door sedans, four-door “woodie” station wagon, two-door convertible sedan, panel and sedan deliveries, five-window coupe, a sport coupe (stationary soft top), the three-window Deluxe Coupe, and pickup. The wooden panels were manufactured at the Ford Iron Mountain Plant in the Michigan Upper Peninsula from Ford-owned lumber. One of the more well-known and popular models was the two-door Victoria, which was primarily designed by Edsel Ford. It was a smaller version of the Lincoln Victoria coupe, built on the Lincoln K-series chassis with a V8 engine; by 1933 Lincoln no longer used a V8 and only offered the V12, with the V8 now exclusive to Ford branded vehicles.

Today, the 1932 Model B, although always a little bit in the shadow of the V8, is a highly collectible car and people will pay thousands of dollars to restore one to original specification, which is ironic, as they were once cheap “throwaway” cars popular with hot rodders who would tear them apart and use them as the basis for a “build”, which is partly why it is so hard to find an unaltered specimen today.

This 1932 Ford Coupe hot rod appears to have aged well since its initial 1960s build and would make a great addition to any vintage Hot Rodders’ collection.

“BEAUTIFUL ALL STEEL 1932 FORD 5 WINDOW COUPE BUILT IN THE 1960s (NOT A BARN FIND!). EXCELLENT ORIGINAL CONDITION SINCE BUILT BY A PROFESSIONAL BUILDER–BEEN IN MANY HOT ROD MAGAZINES(WAS USED FOR “HOW TO” ARTICLES IN THE HOT ROD MAGAZINES). The engine is a 1946 Mercury flathead, modified. The transmission is a 1939 Ford 3-speed (rebuilt). The rear end is a Columbia 2 speed(3:78 & 2:73 gears). It runs excellent–drive anywhere! The color is 1957 Chevy turquoise in lacquer–no cracks, dullness, chips, bubbles, etc. It is packaged with a 1990’s trailer, painted in the same color, and excellent condition. If you want the best, not a repop, original hot rod in the country, you must check out this car! It is beautiful, reliable, and classy! Asking $60,000/BRO. If interested, call or text or email Ron for an appointment. Thanks.
“

Show or go: What would you do with this restored 1932 Ford Coupe Street Rod?  Please comment below and let us know!