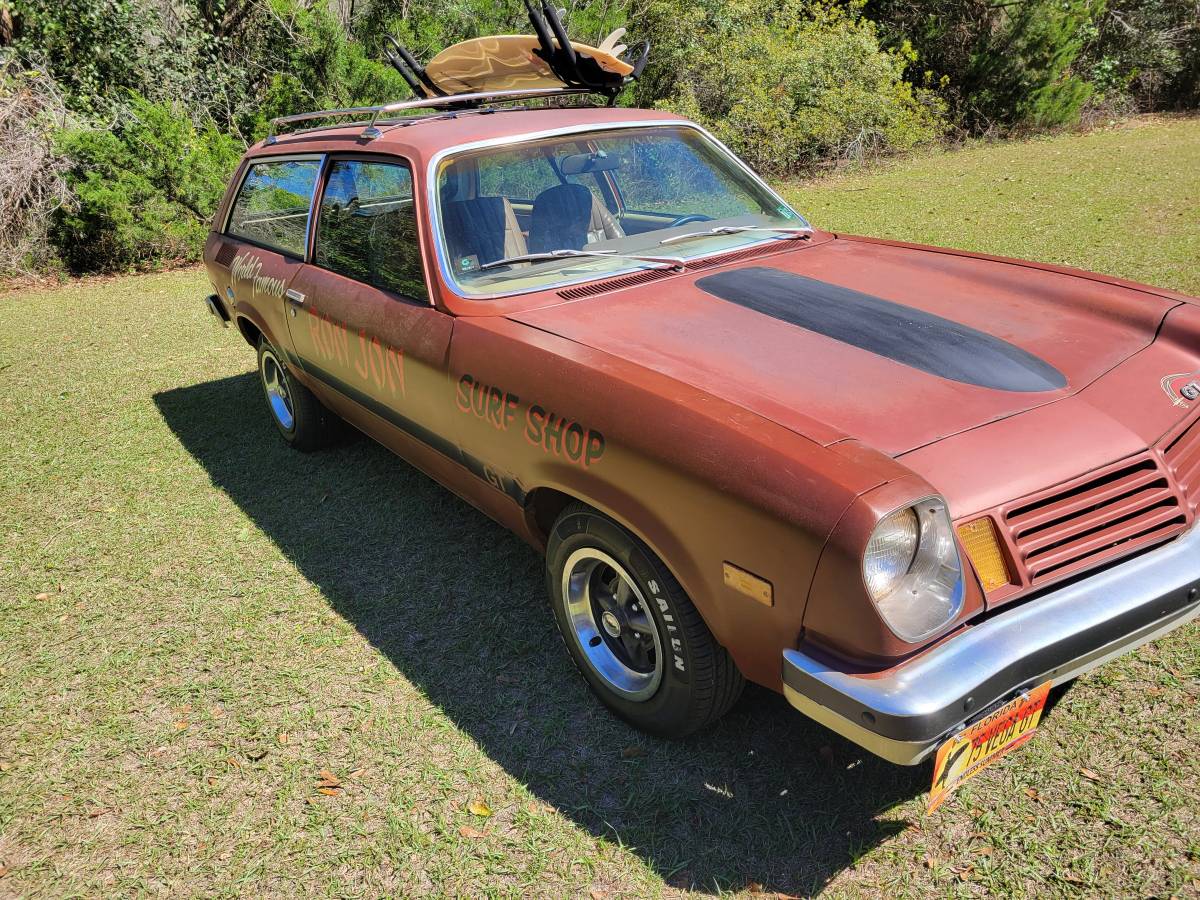 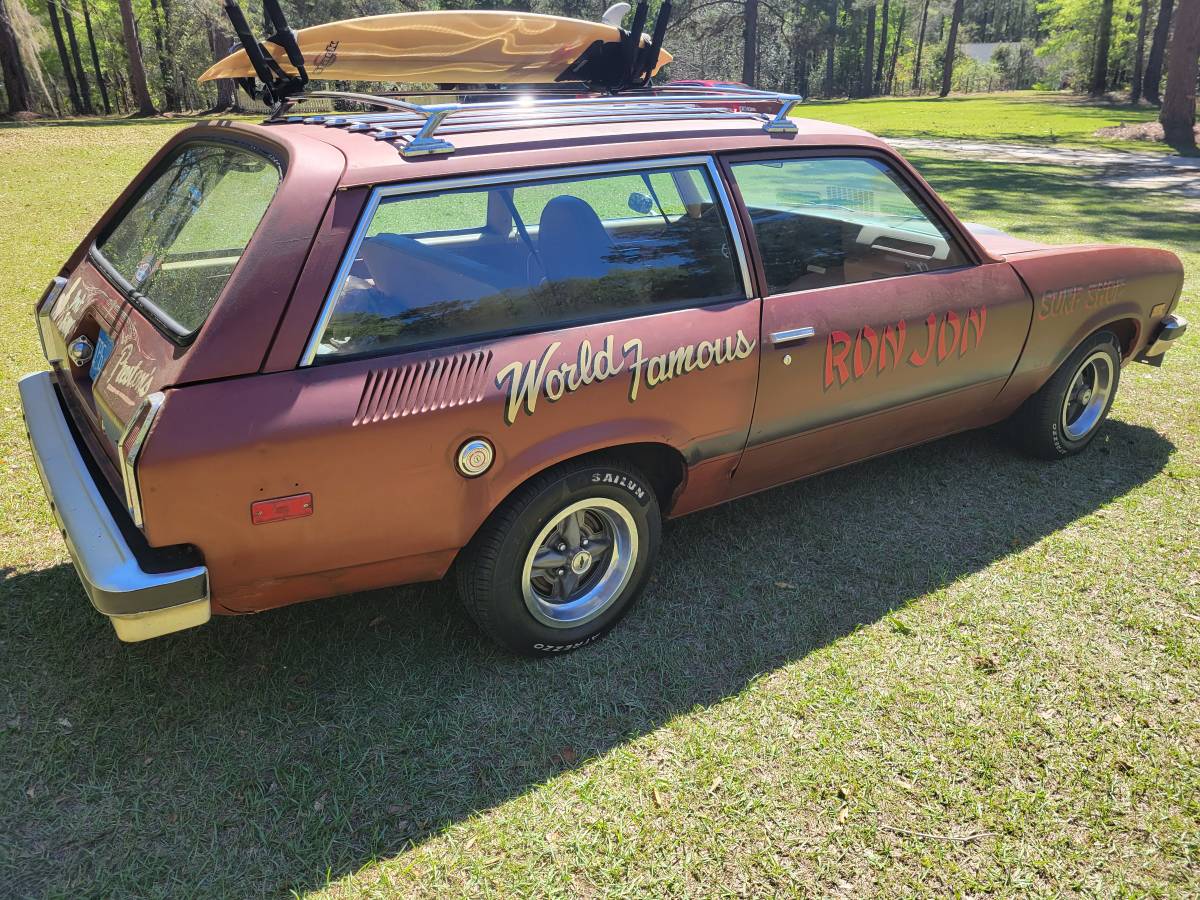 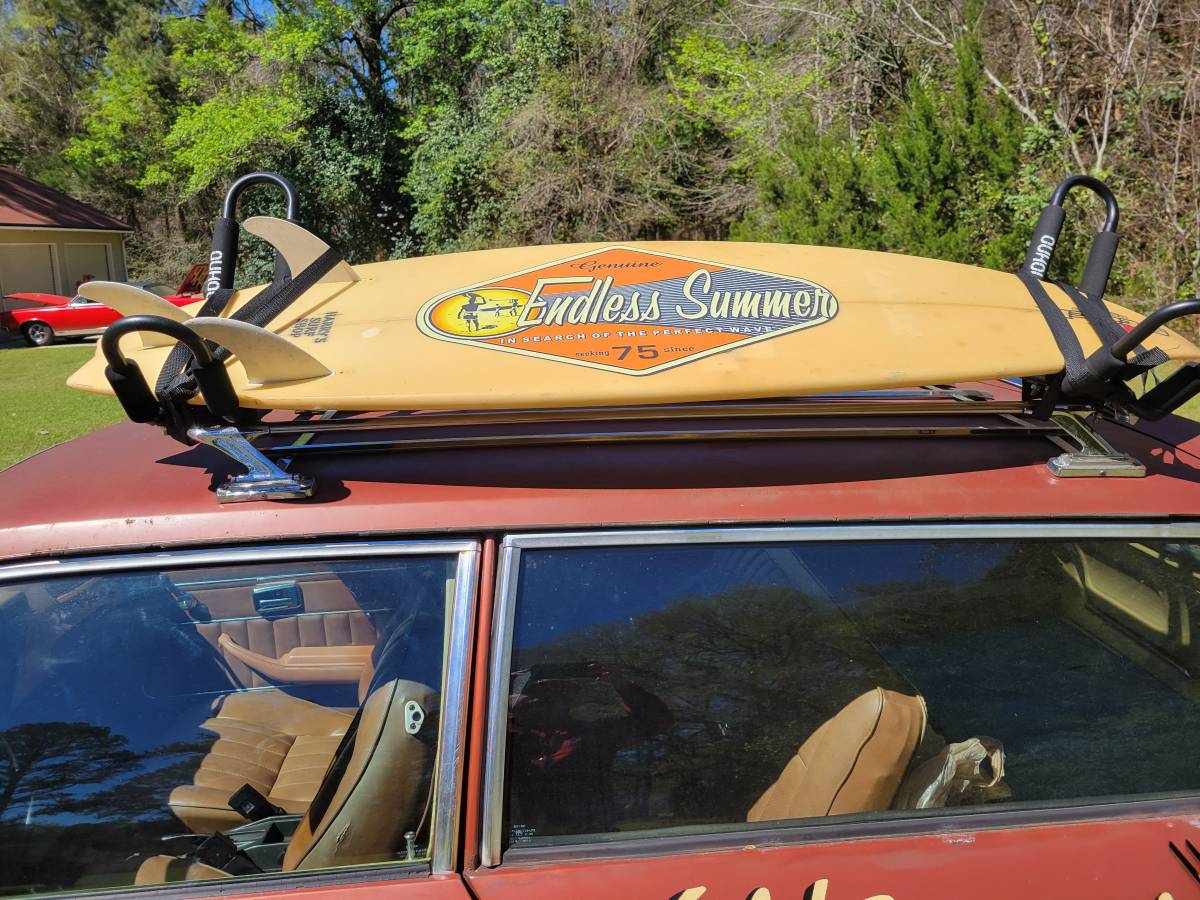 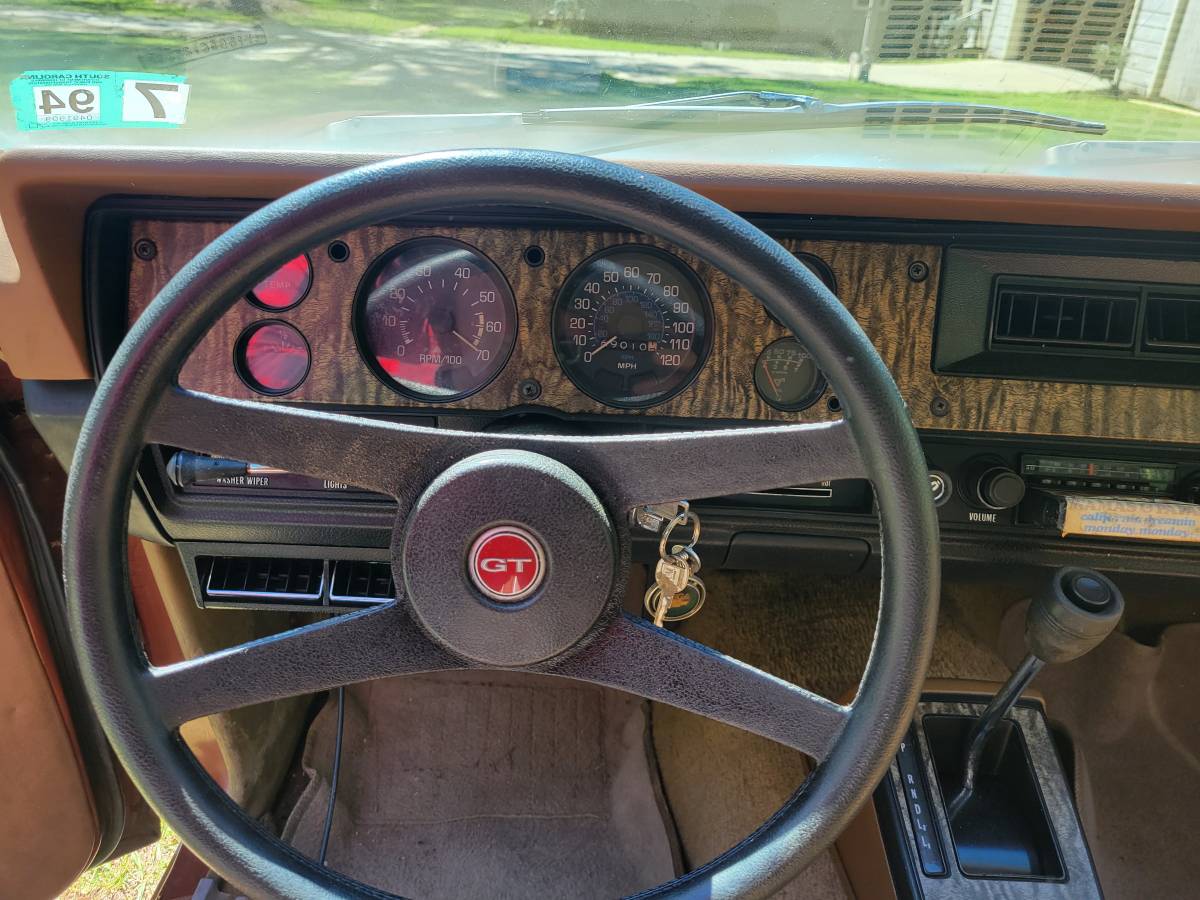 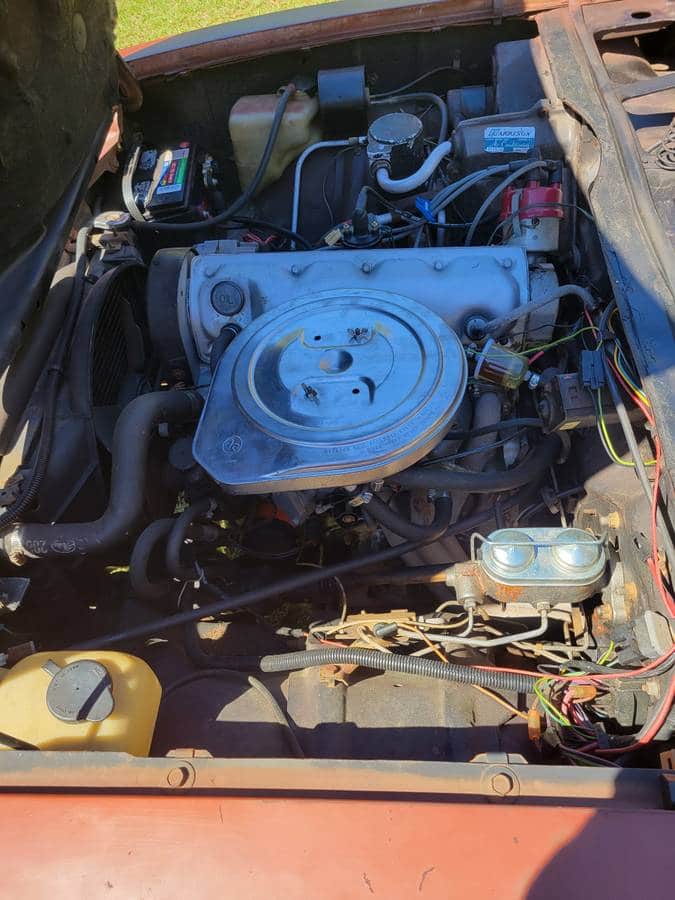 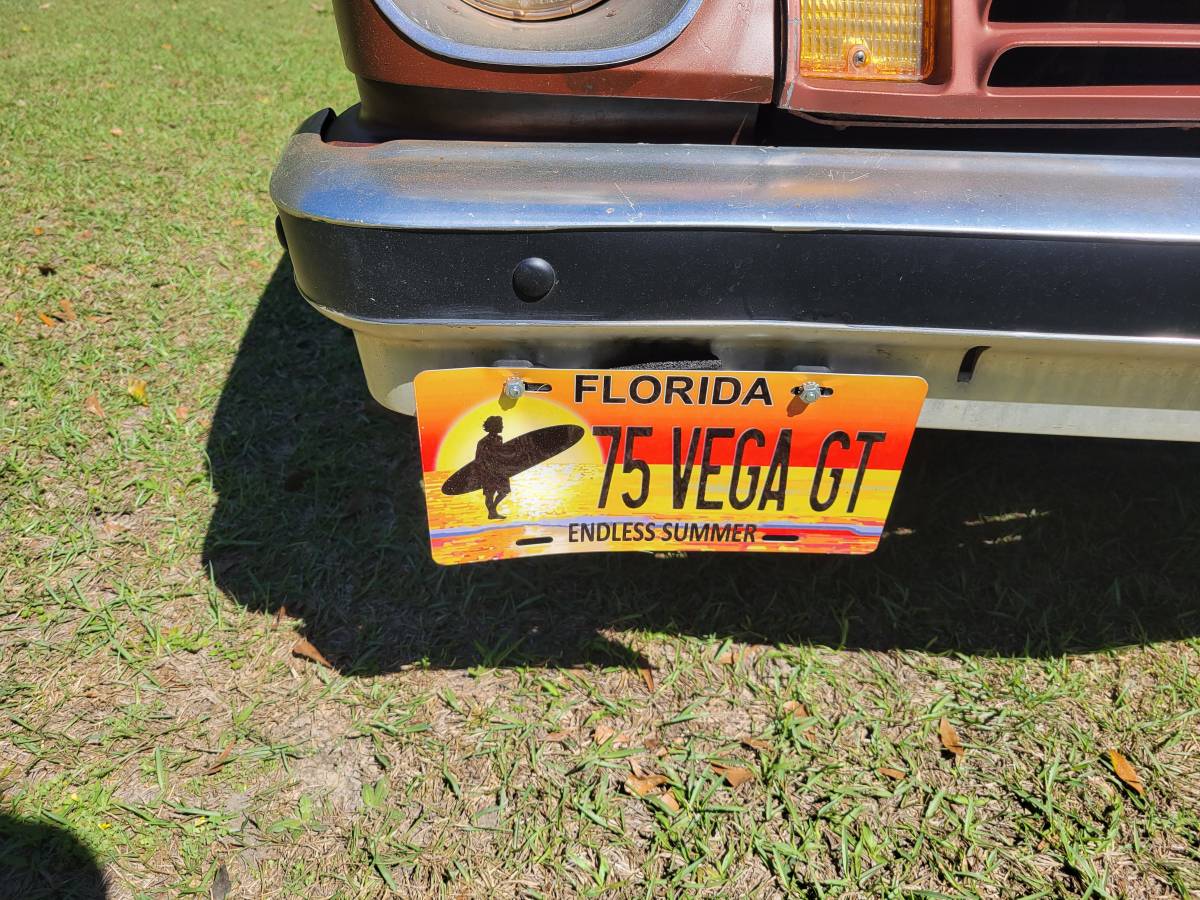 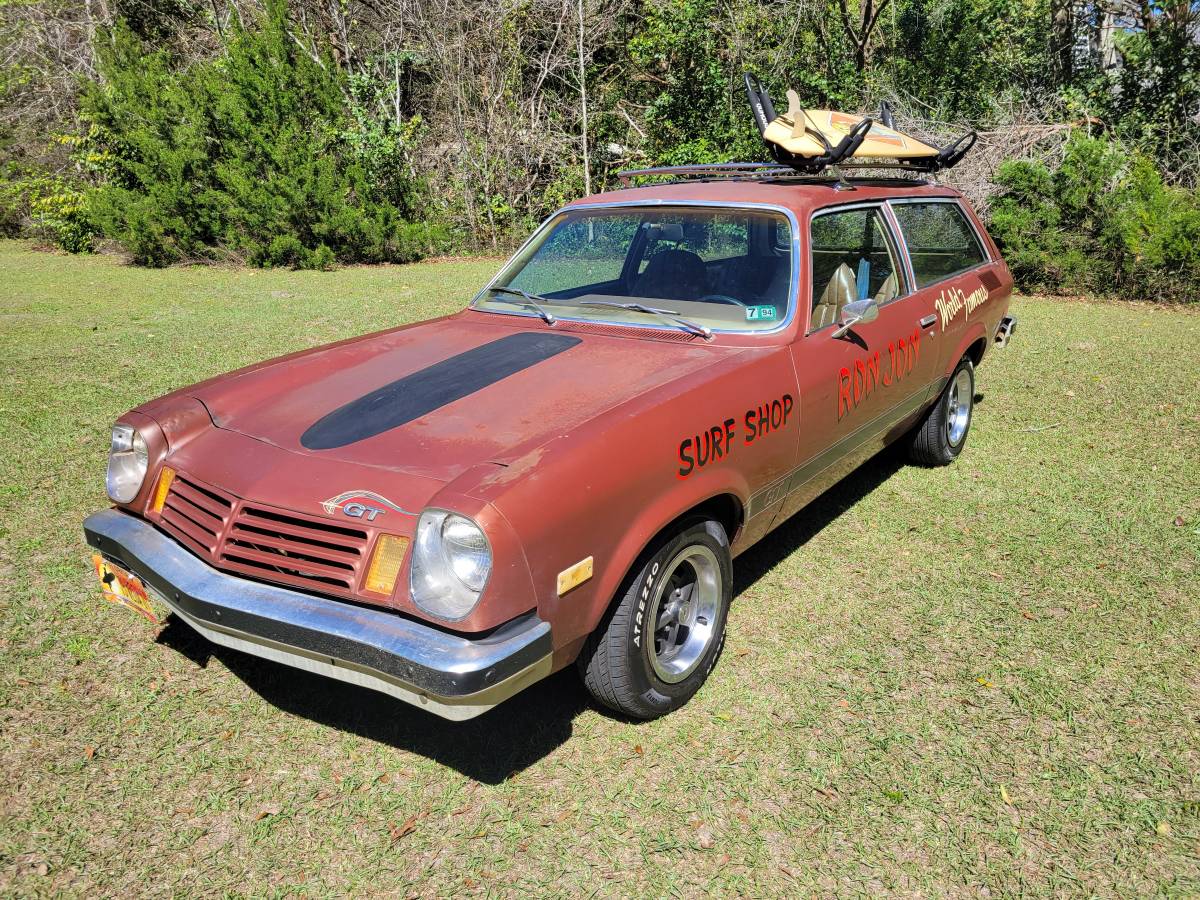 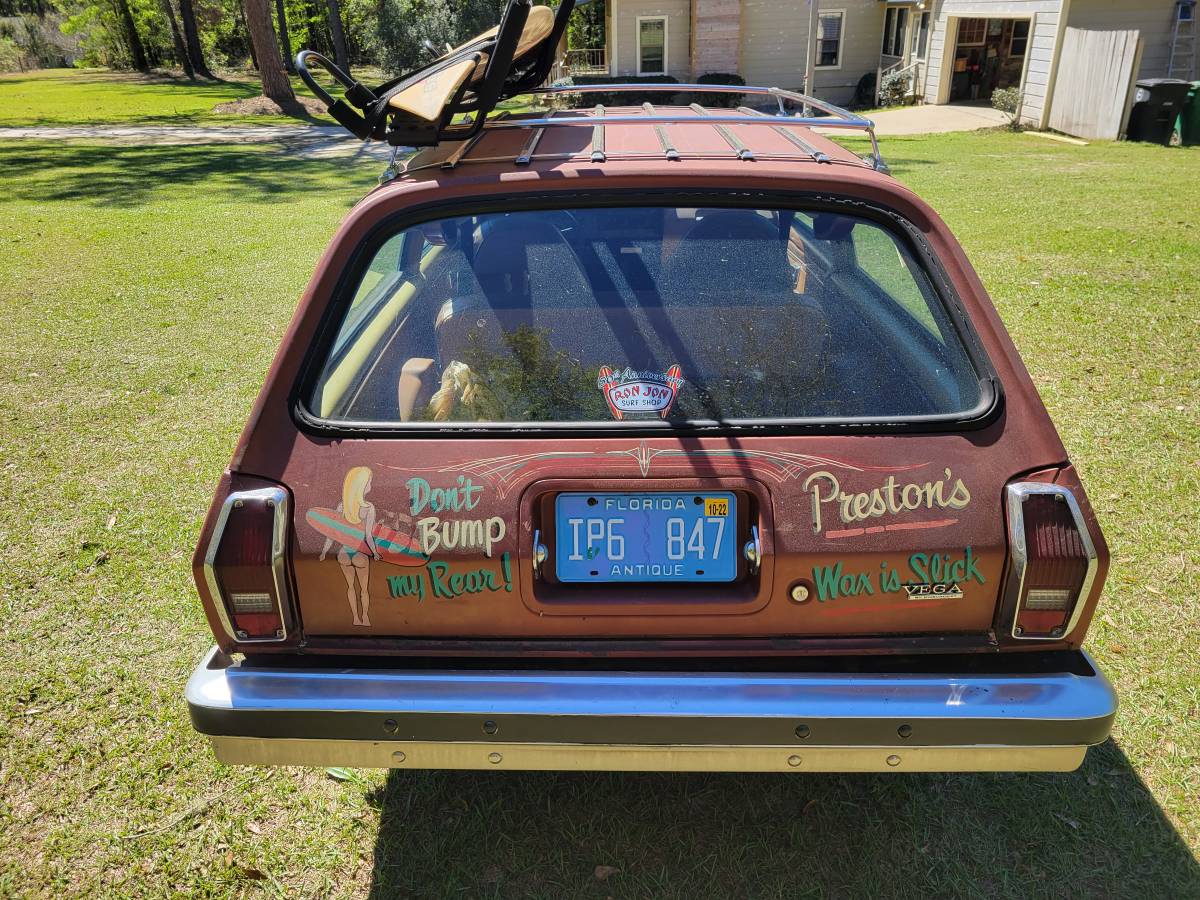 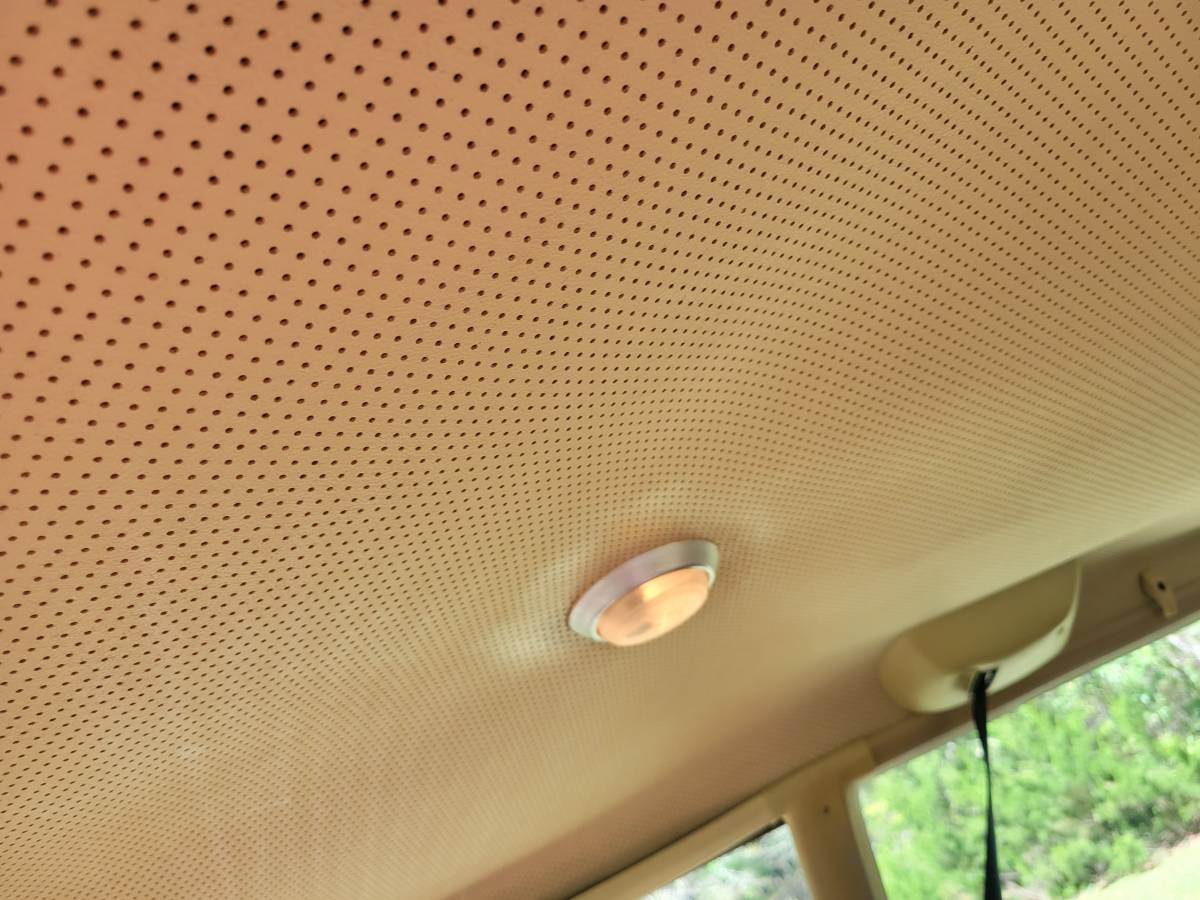 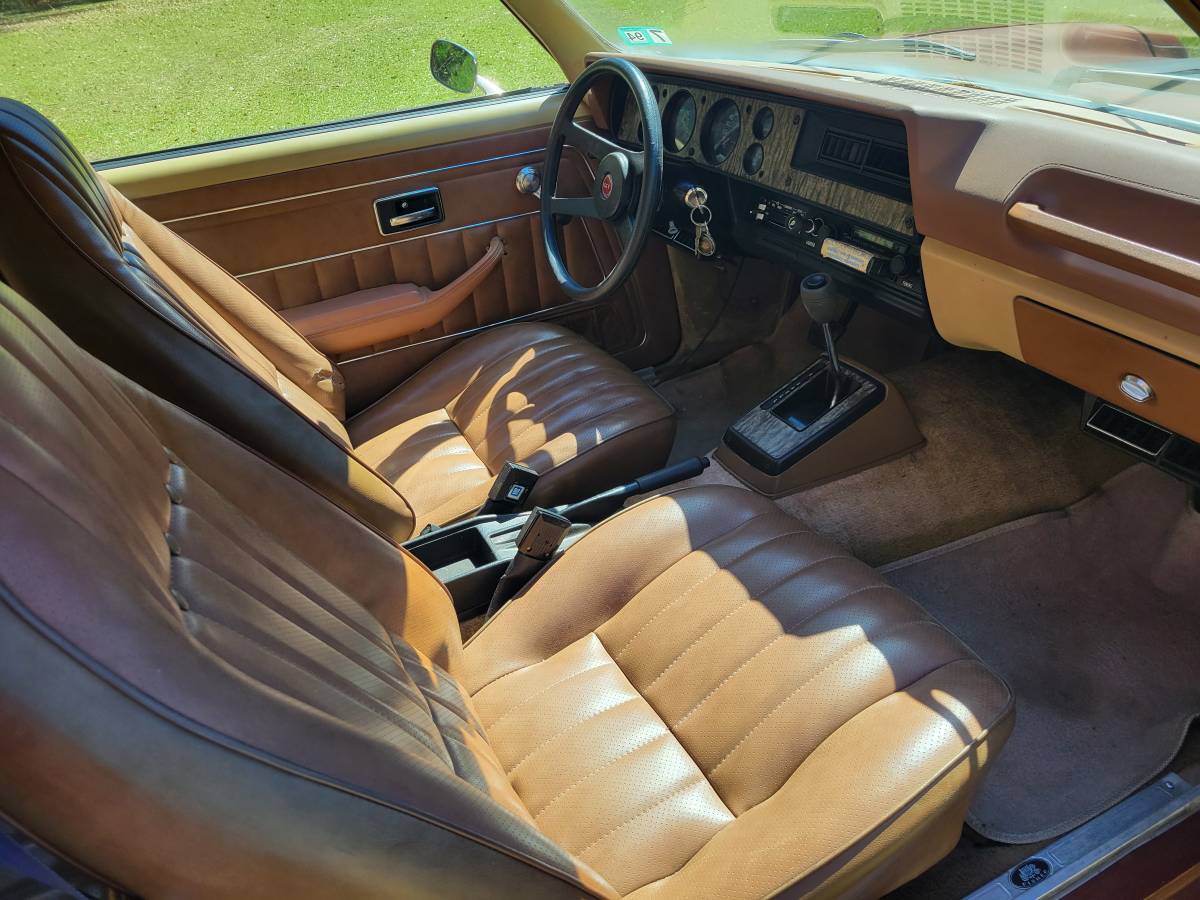 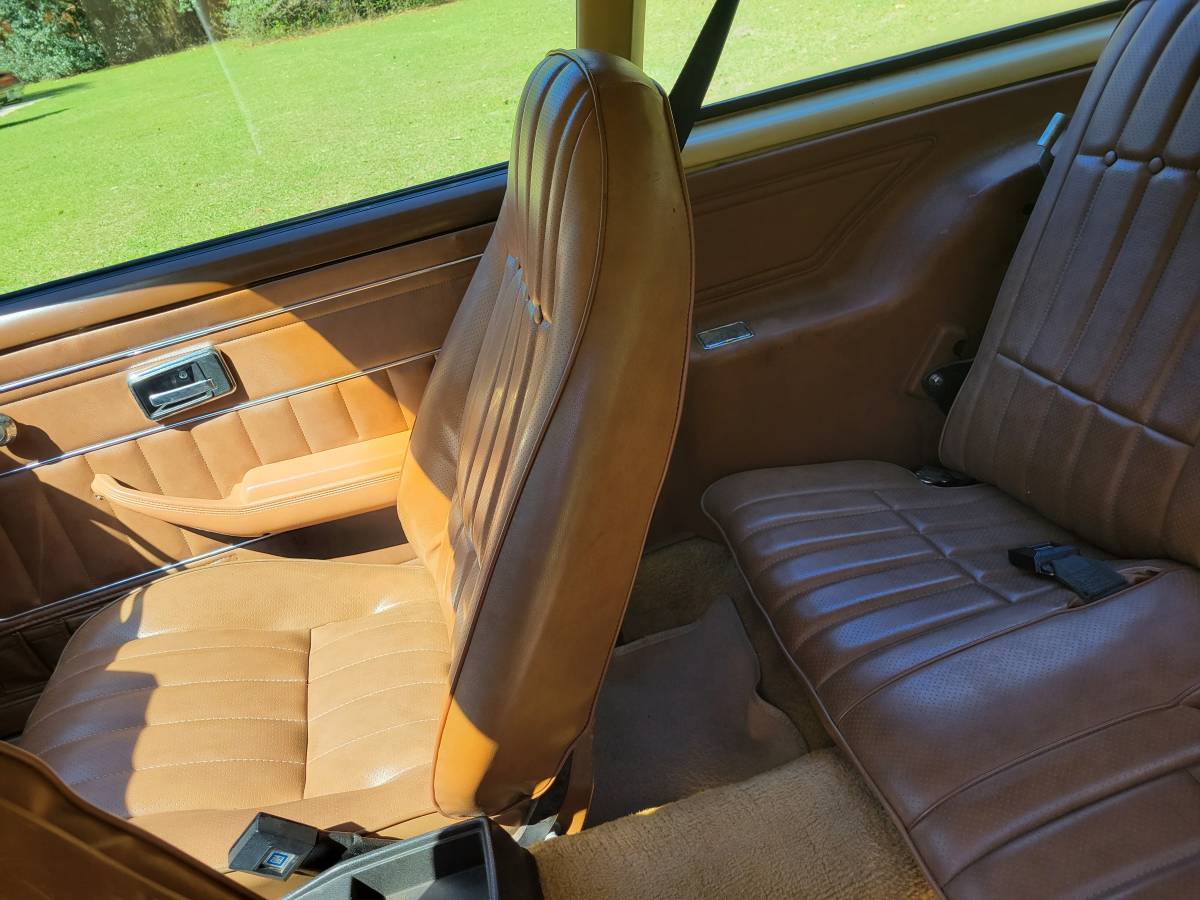 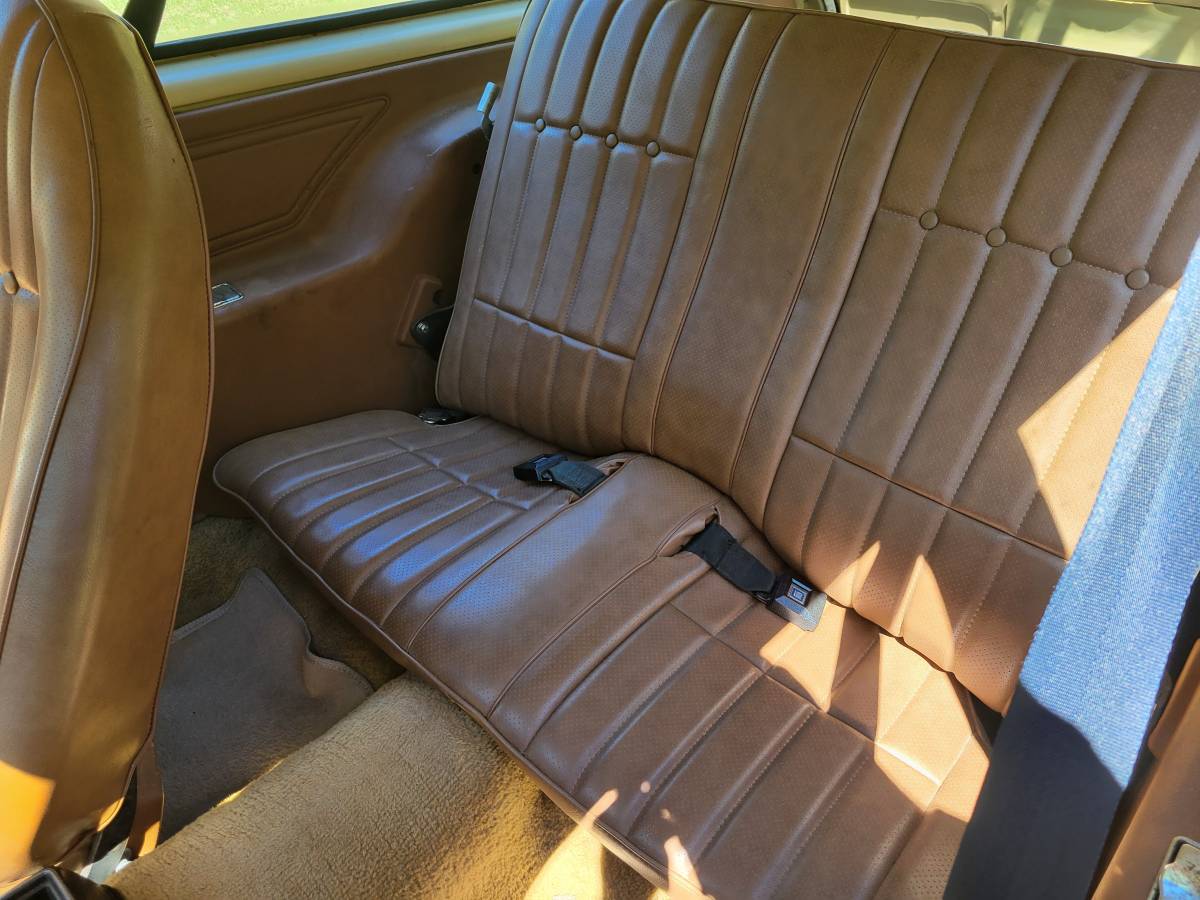 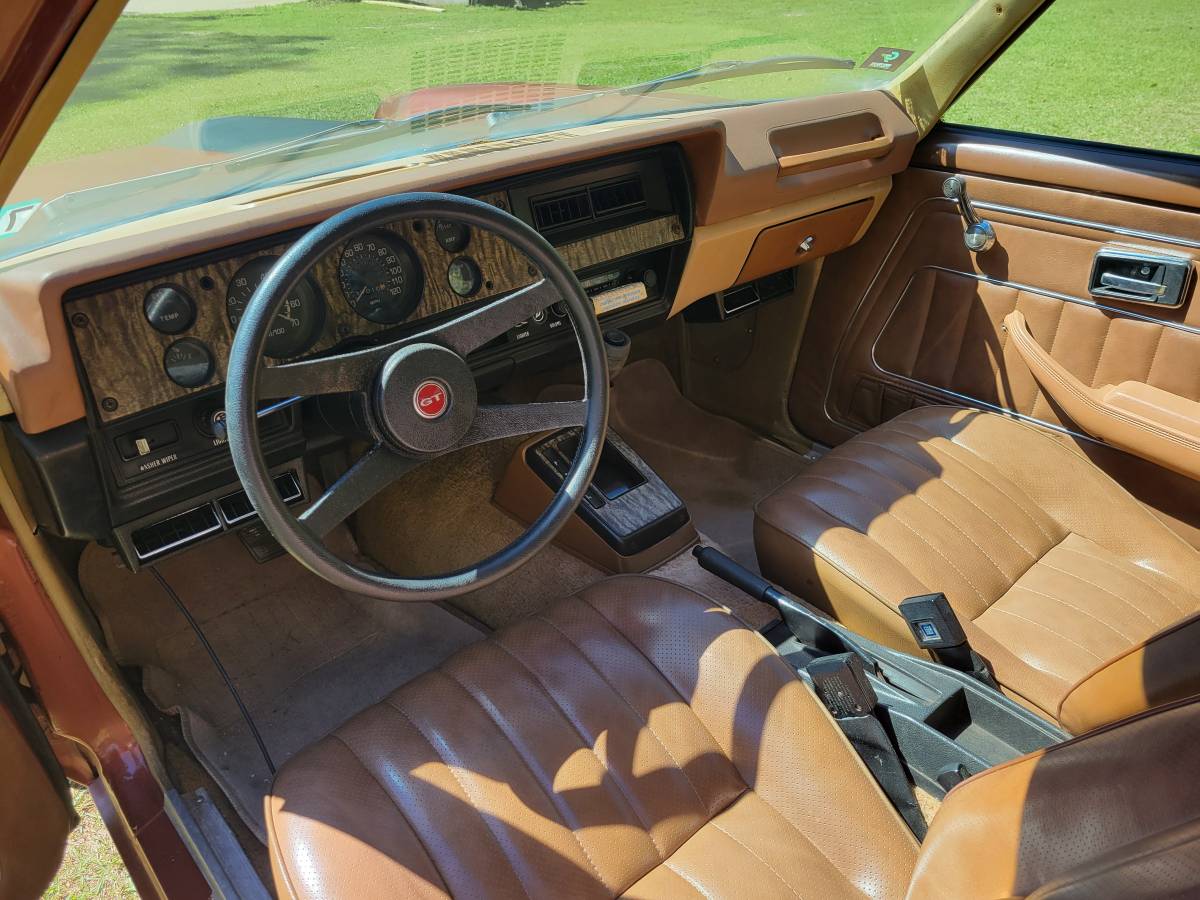 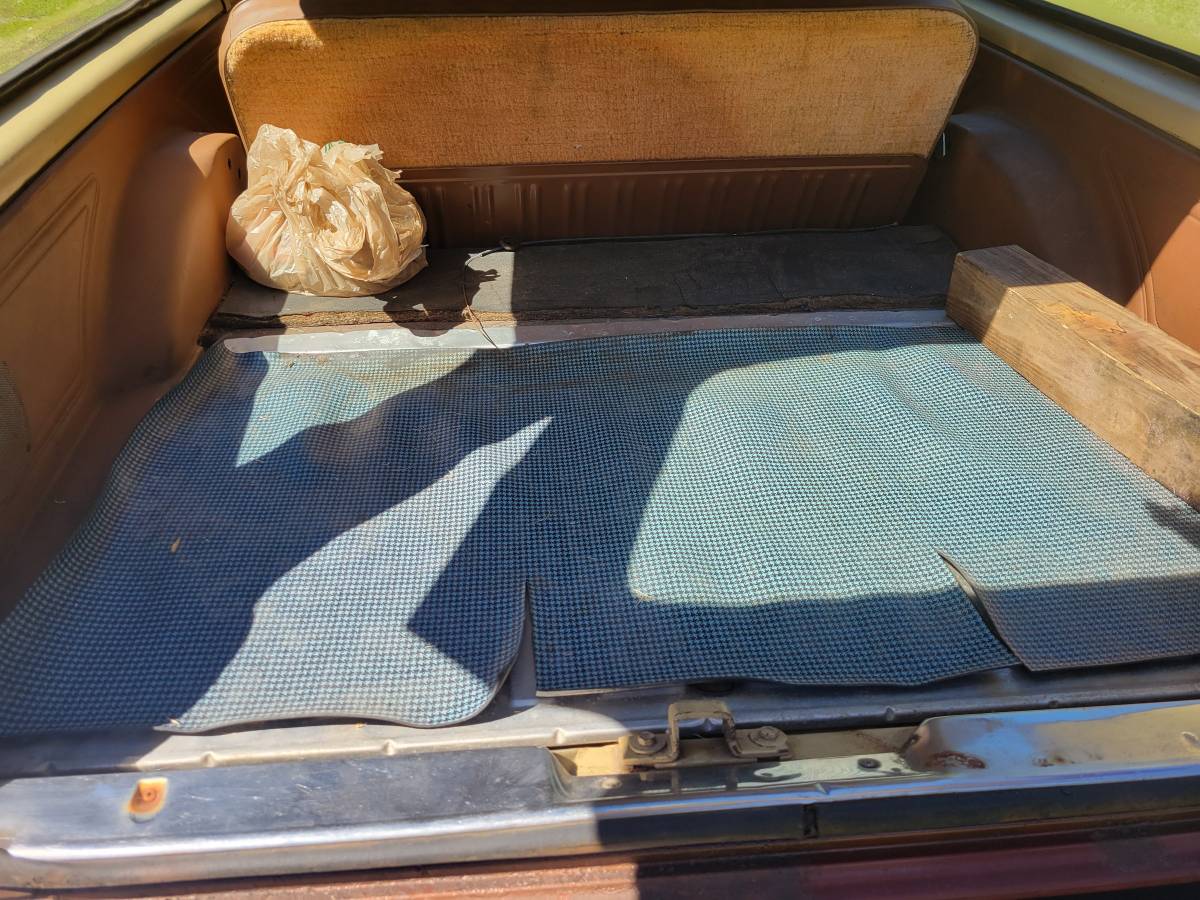 October 4, 2022, Update – While this “Classifind” expired recently, given the seller’s history, we suspect may not actually be sold yet.  For now, we’re labeling this ride “Sold?” However, we will keep an eye out for an updated listing. In the interim, please reach out either by email or call Rudy directly if you’d like to be informed when we come across something similar.

September 1, 2022 Update – The seller just replaced their last Craigslist ad with another listing.  The seller’s latest attempt reduced their asking price to $7,700.

August 19, 2022 Update –  The private seller just replaced their expired Craigslist ad with a fresh listing for this 1975 Vega we’ve been tracking the sale of since April 2022.  In their latest ad, the seller kept the $7,800 asking price they reduced it to last month.

July 21, 2022 Update – After a brief pause following their last expired Craigslist ad, the private seller just posted a fresh listing for this 1975 Vega we’ve been tracking the sale of since April 2022.  In their latest ad, the seller reduced their asking price from $9,800 to $7,800.

June 28, 2022, Update – While this “Classifind” expired recently, given the seller’s past history, we suspect may not actually be sold yet.  For now, we’re labeling this ride “Sold?” However, we will keep an eye out for an updated listing.

April 28, 2022 Update – The seller just replaced their latest in a series of expired with a new Craigslist ad. Oddly, after one month of no sale at a higher asking price, the seller decided to remain firm on their $9,800 request.  Worth noting is that the seller listed their Vega in the Atlanta area rather than closer to home in northern Florida, perhaps as a way to find more potential buyers.

April 28, 2022 Update – After a one-week hiatus following the expiration of their original listing, the seller of this Ron Jon Surf Shop-themed Vega Kammback just posted a new ad. Oddly, after one month of no sale, the seller decided to raise their price slightly from $9,750 to $9,800.

April 20, 2022, Update – We confirmed the seller of this “Classifind” deleted their listing, so we’re now able to call this one “SOLD!” until we come across a replacement listing.

As you watch us feature vintage station wagons, you’ll notice that many owners feel the need to their car with a surfboard and add “Ron Jon Surf Shop” and sundries and other stickers to the windows.  The seller of this 1975 Chevrolet Vega GT Kammback, originally listed in March 2022 in Jacksonville, Florida, felt the need to take the Ron Jon Surf Shop theme up a notch. Besides the unique patina paint scheme (could it be a vinyl wrap), this 69K original mile Vega GT features new tires, brakes, and a functional factory A/C system.

Once offered for $7,800 (the original ask was $9,750), comparing that price against the Collector Car Market Review Online Tool reveals the seller’s ask falls between this guide’s #2 “Very Good” estimate of $8,500 and its #1 “Excellent” appraisal of $12,000. These values reflect a twenty percent adjustment for the GT package combined with the 140-horsepower engine.

Chevrolet produced the subcompact Vega from 1971 through 1977 in two-door notchback, hatchback, station wagon, and sedan delivery models. The Vega received praise and awards at its introduction, including Motor Trend Magazine’s coveted Car of the Year Award.  The accolades didn’t last long as Vegas entered real-world use. Chevrolet’s innovative subcompact became widely known for various problems related to its engineering, reliability, safety, a propensity to rust, and lack of engine durability.

Reliability issues aside, the Vega’s live axle, rear-wheel-drive suspension, 53.2% front/46.8% rear weight distribution, low center of mass, and neutral steering gave the Vega good handling. Lateral acceleration capacities were impressive, with 0.90 g reached with the standard suspension and 0.93 g achieved with the optional RPO F-41 setup. The Vega’s Steering box and linkage are ahead of the front wheel centerline, with a cushioned two-piece shaft. Front suspension is by short and long arms, with lower control arm bushings larger than on the 1970 Camaro while the four-link rear suspension was a scaled-down version of the 1970 Chevelle Malibu.

Constantly in a state of catch-up following launch, Chevrolet Engineers introduced 264 changes on the Chevrolet Vega for the 1975 model year. The biggest of these was the introduction of the High Energy Electronic Ignition (“H.E.I>”) and a catalytic converter. New options included power brakes, tilt steering wheel, BR78-13B steel-belted radial tires, and special custom cloth interior for the hatchback and Kammback.

As an occasional driver of a Vega Kammback, my mother paid a few hundred dollars for in the mid-1980s, I personally struggle with how the values of these now hover around ten large.  To each their own.  The biggest decision you have to make about buying this 1971 Chevrolet Vega GT Kammback is whether you want to keep the Ron Jon Surf Shop livery in place.

Keep or Toss: What would do with the Ron Jon Livery on this Chevrolet Vega GT story to share? Comment below and let us know!