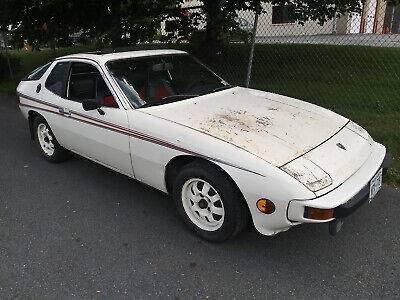 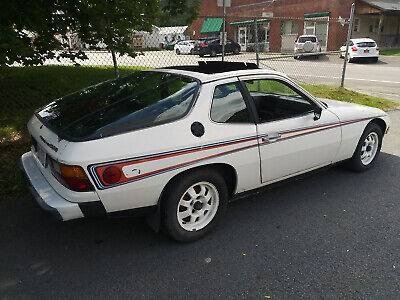 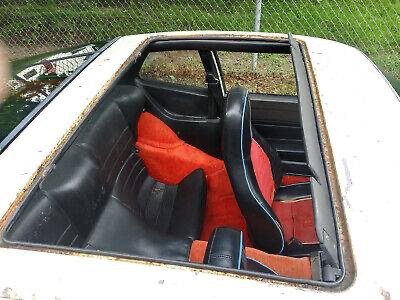 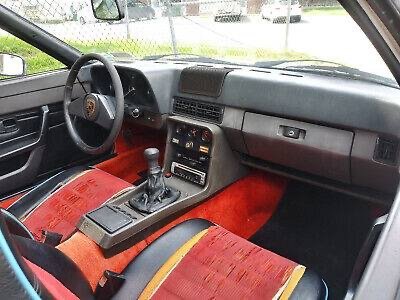 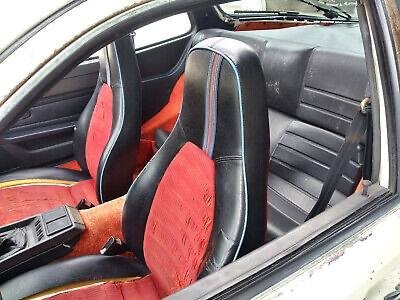 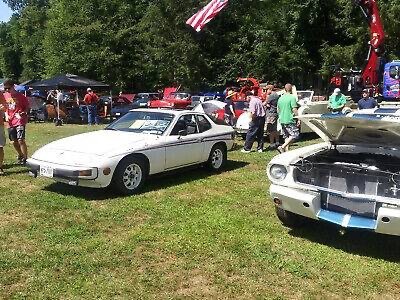 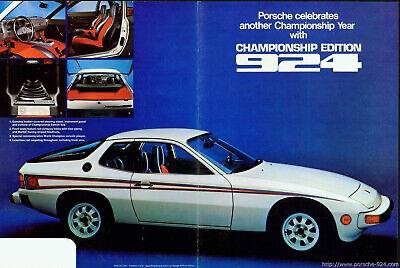 September 25, 2022, Update – We confirmed the seller of this “Classifind” deleted their listing, so we’re now able to call this one “SOLD!” While this one got away, please reach out either by email or call us directly if you’d like to be informed when we come across something similar.

September 6, 2022 Update – The seller just replaced the expiring Craigslist ad with a fresh listing.  Oddly, after keeping a $5,000 asking price in their initial listing, the seller posted the new ad with a higher ask of $6,000. We wonder whether lowball offers to date motivated the seller to raise their ask.

Wild-colored interiors were fairly common through the 1970s. Even Porsche joined in the fun.  While the optional psychedelic Pascha interior of the brand’s 928 is the most famous example, the Martini Motif of the 1977 Porsche 924 Championship Edition gets our vote for a close second.  If you’ve never seen one, Porsche released the Martini-themed Championship Edition to celebrate four world titles for Porsche. In typical fashion for the late 1970s, the Championship edition offered no performance enhancements; it was merely a wild-looking cosmetic upgrade.

This 1977 Porsche 924 Championship Edition, originally listed in August 2022 on Craigslist in Sullivan County, New York, is said to be a driveable restoration-ready example that is part of an Estate sale.

Currently offered for $6,000 (the original ask was $5,000), Classic.com, the analytics and search engine for the collector car market, confirms the ask is well below the one-year rolling average of this guide’s summary for all Porsche 924s produced between 1977 and 1985.  By clicking on the green dots in the graph below, you can navigate to each comparable car sold as a way to help you evaluate the price of the 2+2 featured here:

As a second data point, the  Collector Car Market Review Online Tool reveals the seller’s ask falls between this guide’s #4 “Fair” estimate of $3,750 and its #3 “Good” appraisal of $6,700 before factoring in a five percent premium for the factory removable sunroof.

The 924 was originally a joint project of Volkswagen and Porsche created by the Vertriebsgesellschaft (VG), the joint sales and marketing company founded by Porsche and VW to market and sell sports cars. For Volkswagen, it was intended to be the company’s flagship coupé sports car and was dubbed “Project 425” during its development. For Porsche, it was to be its entry-level sports car replacing the 914. At the time, Volkswagen lacked a significant internal research and design division for developing sports cars; further, Porsche had been doing the bulk of the company’s development work anyway, per a deal that went back to the 1940s. In keeping with this history, VW contracted with Porsche to develop a new sporting vehicle with the caveat that this vehicle must work with an existing VW/Audi inline-four engine. Porsche chose a rear-wheel drive layout and a rear-mounted transaxle for the design to help provide 48/52 front/rear weight distribution; this slight rear weight bias aided both traction and brake balance.

The 1973 oil crisis, a series of automobile-related regulatory changes enacted during the 1970s, and a change of directors at Volkswagen made the case for a Volkswagen sports car less striking and consequently put the 425 project on hold. After serious deliberation at VW, the project was scrapped entirely after a decision was made to move forward with the cheaper, more practical, Golf-based Scirocco model instead. Porsche, which needed a model to replace the 914, made a deal with Volkswagen leadership to buy the design back. The 914 was discontinued before the 924 entered production, which resulted in the reintroduction of the Porsche 912 to the North American market for the 1976 model year as the 912E for one year to fill the gap.

The deal specified that the car would be built at the ex-NSU factory in Neckarsulm located north of the Porsche headquarters in Stuttgart, Volkswagen becoming the subcontractor. Hence, Volkswagen employees would do the actual production line work (supervised by Porsche’s own production specialists), and that Porsche would own the design. It made its debut at a November 1975 press launch at the harbour at La Grande Motte, Camargue in the south of France, rather than a motor show. The car’s relatively low production costs made it profitable and fairly easy for Porsche to finance. While criticized for its performance, it nevertheless became one of Porsche’s best-selling models.

The original design used an Audi-sourced four-speed manual transmission from a front-wheel drive car that was now placed and used as a rear transaxle. It was mated to VW’s EA831 2.0 L I4 engine, variants of which were used in the Audi 100 and the Volkswagen LT van (common belief is that ‘the engine originated in the LT van’, but it first appeared in the Audi car and in 924 form has a Porsche-designed cylinder head). The Audi engine, equipped with a Weber/Holley carburetor, was also used in the 1977–1979 AMC Gremlin, Concord, and Spirit, as well as the AMC postal jeeps. The 924 engine used Bosch K-Jetronic fuel injection, producing 95 horsepower in North American trim. This was brought up to 110 horsepower (82 kW) in mid-1977 with the introduction of a catalytic converter, which reduced the need for power-robbing smog equipment. The four-speed manual was the only transmission available for the initial 1976 model, later, this was replaced by a five-speed dog-leg unit. An Audi three-speed automatic was offered, starting with the 1977.5 model.
In 1976, vermouth manufacturer Martini and its stylish racing livery ran the Porsche World Championship. Porsche whipped up some new trim, a minor performance upgrade, and a presto — special edition to commemorate this, their fourth such Championsip, for the 1977 model year.  The Martini Championship Edition 924 was limited to 3,000 examples, all painted the same way: Pure white paint, with Martini racing stripes around the body.  The dash area featured some upgraded materials. Genuine leather covers the steering wheel, instrument panel, and center console. A commemorative plaque bearing the special edition’s name and each vehicle’s number was fastened to the console. The blue piping on the seats is a nice, Martini-like touch.  Red carpeting and matching corduroy seat inserts made the Martini Championship Edition’s interior a special place.  Performance stayed the same in these versions, meaning one will find the standard 95-horsepower Volkswagen engine under the hood. Power goes to the back via the four-speed manual transmission. There’s also a revised sway bar for better race-day parking lot handling.

The Porsche 924 Owners Club YouTube Channel features this slide show of what a typical 1977 Porsche 924 Championship Edition looks like:

Show up with a typical Porsche 924 to any brand event or even a Cars & Coffee, and you’ll likely be ignored.  Show up with a Championship Edition show as the car featured here, and you are guaranteed to be the center of attention as people covet the wild Martini-themed interior.  We have seen this effect first hand.  Offered at only five thousand, this 924 will likely be scooped up very quickly, so do not hesitate to add it to your collection.

“Become an elite member of Porsche owners! Very rare 1977 Porsche 924 Championship Edition project car, runs and drives nice, I use it as a daily driver on the weekends and occasionally put it into car shows. I restored it to its reliable mechanical condition after sitting a few years, now someone else can take it to the next level of looking good. It’s still a running project and could use new paint (worn paint), carpet (faded), seat upholstery (rips in the seats), tires (dry rotted). There is rust in the battery box. A lot of tune-up parts were replaced. It’s a very fun car to drive, and gets admirers wherever it goes. It also has the rare optional gigantic removable roof and storage bag. All the super rare special edition-specific items are on the car (stripes, dashboard plaque, wheels, seats, carpets). The car is ready to view and drive home.“

Show or go: What would you do with this 1977 Porsche 924S Championship Edition?  Please comment below and let us know!