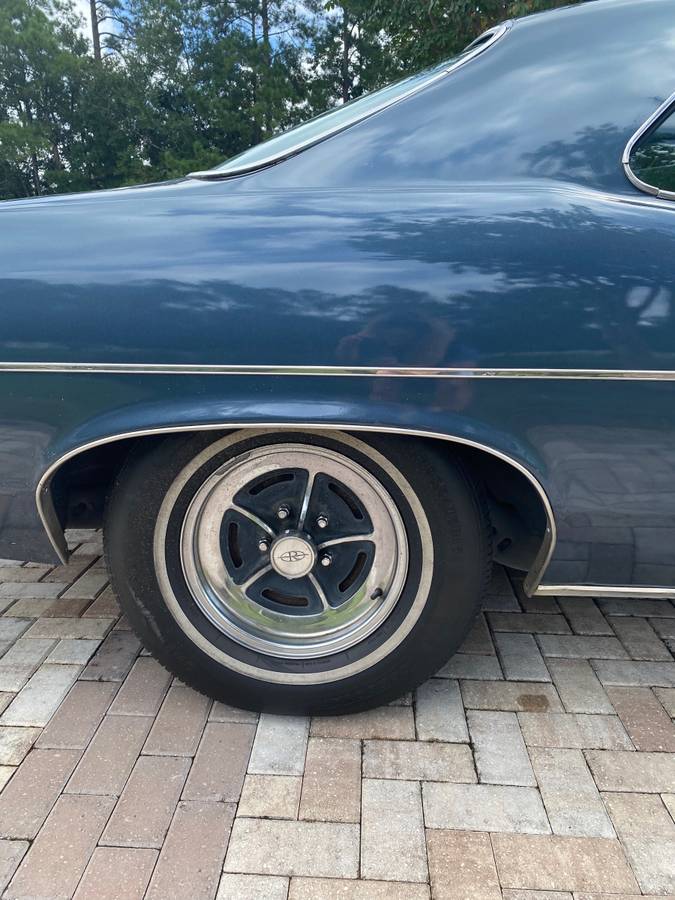 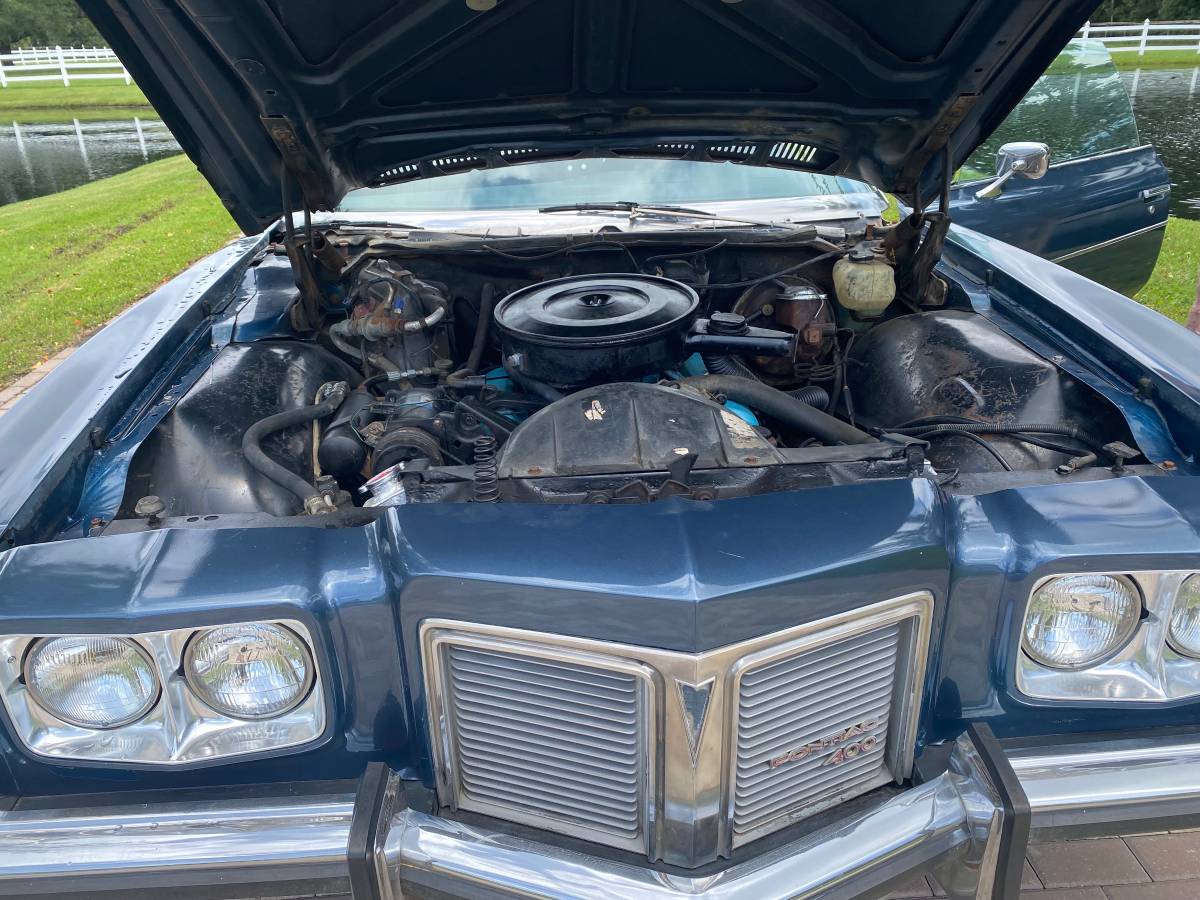 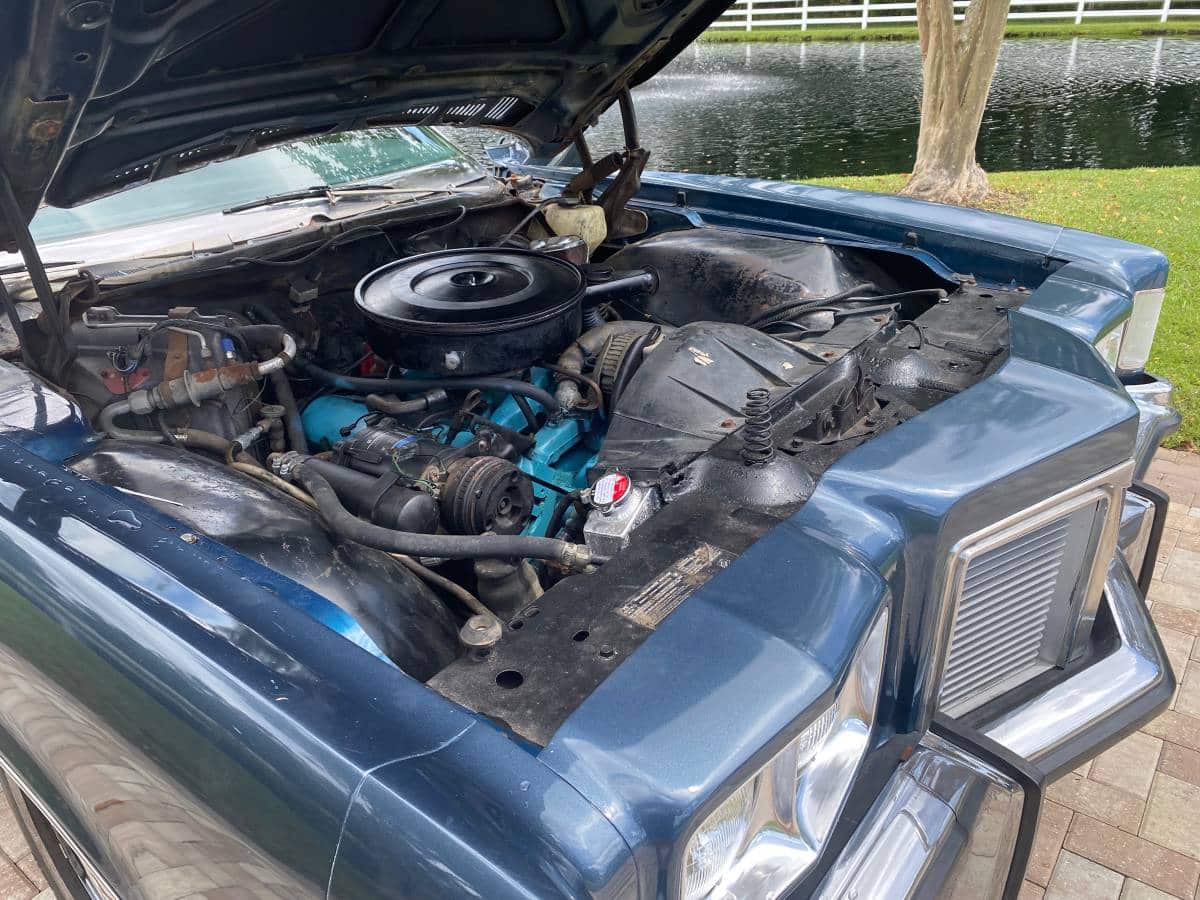 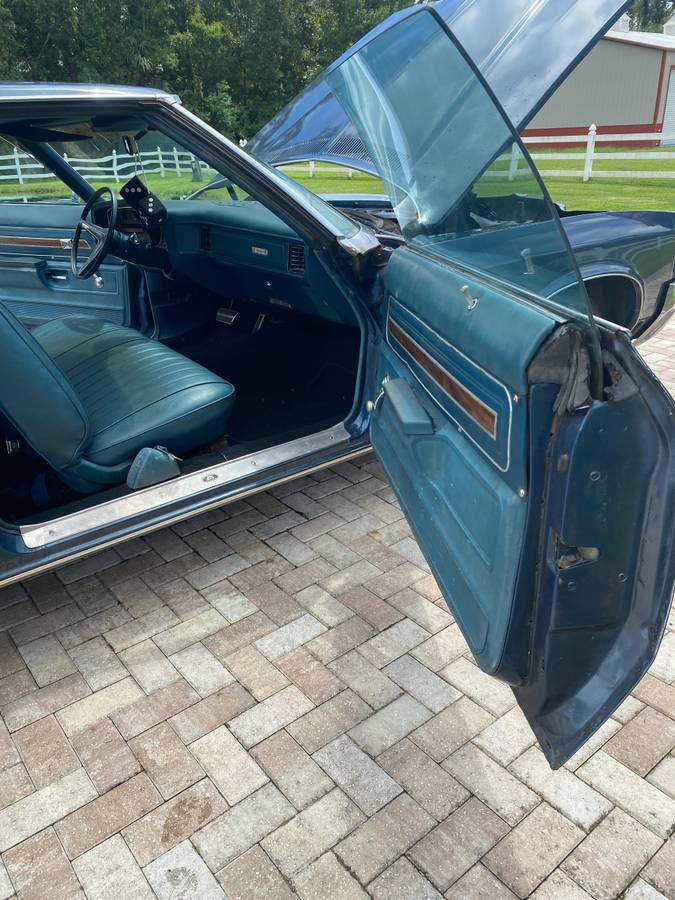 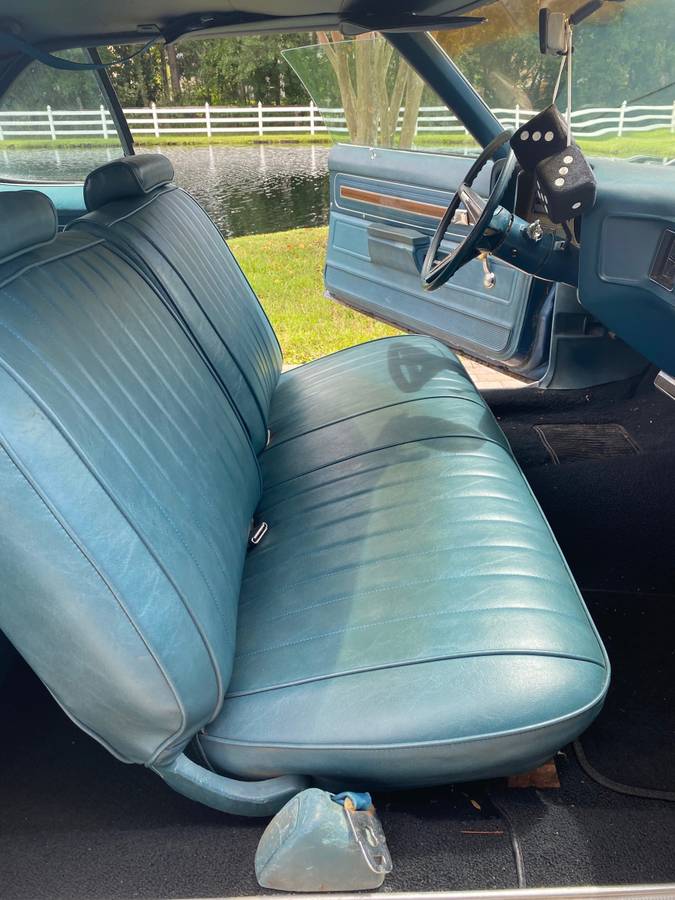 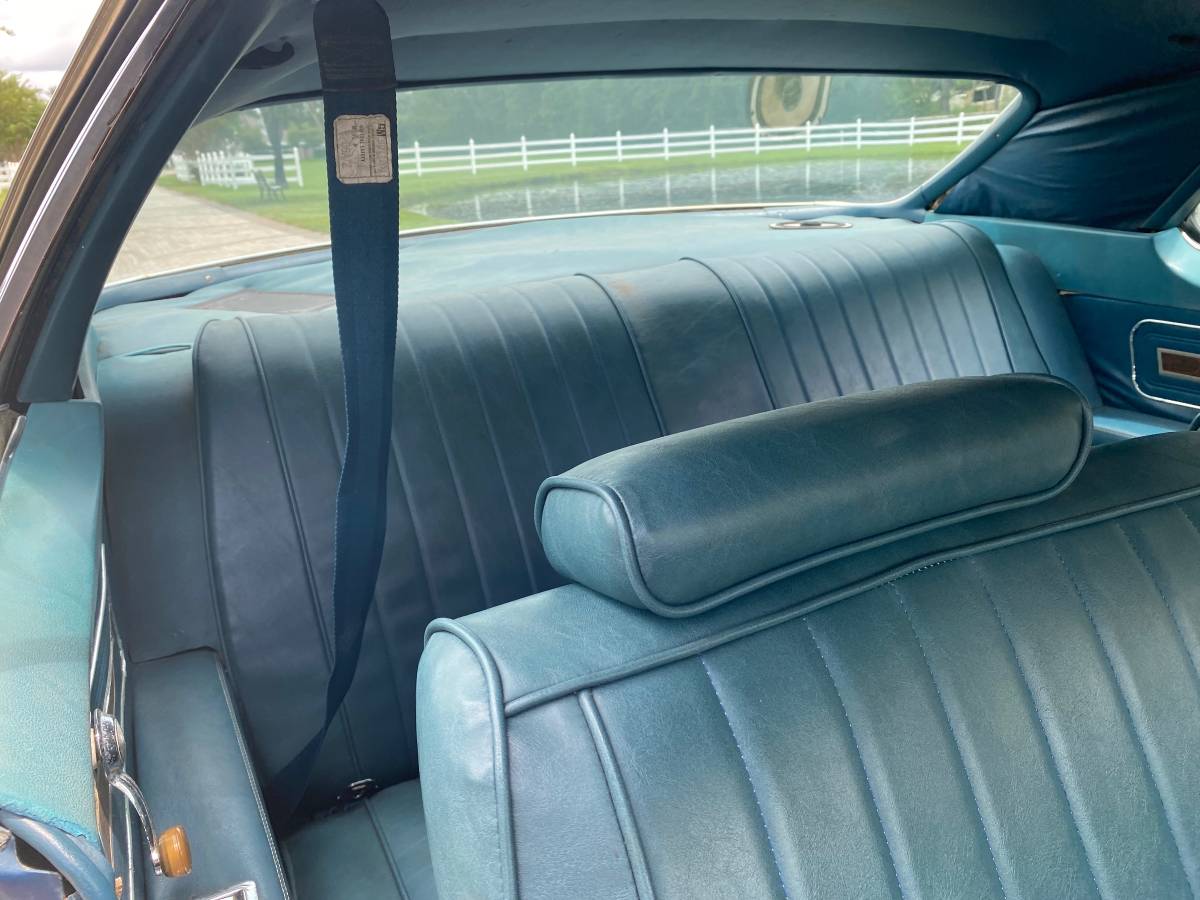 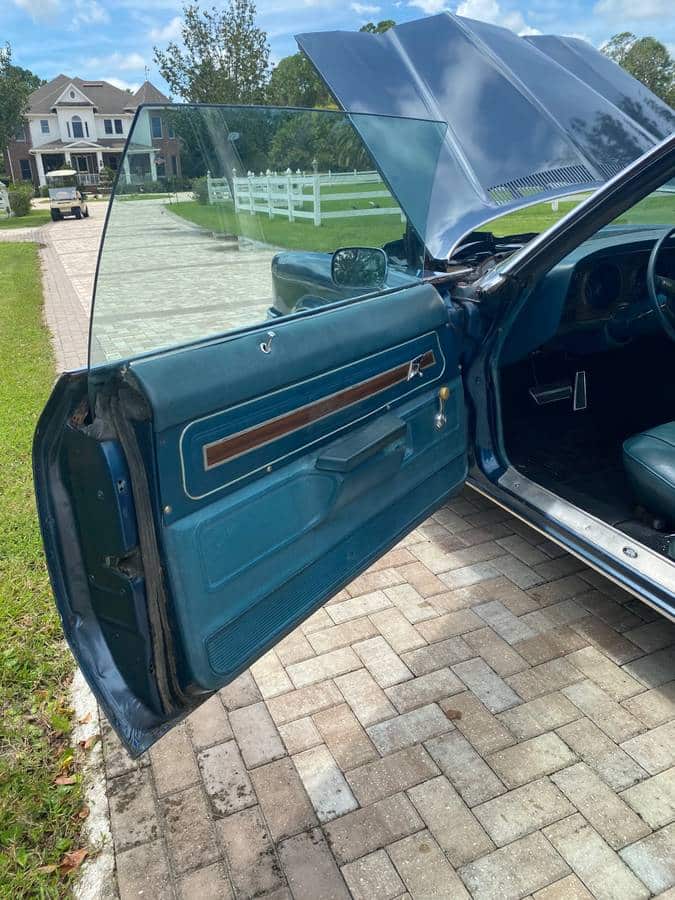 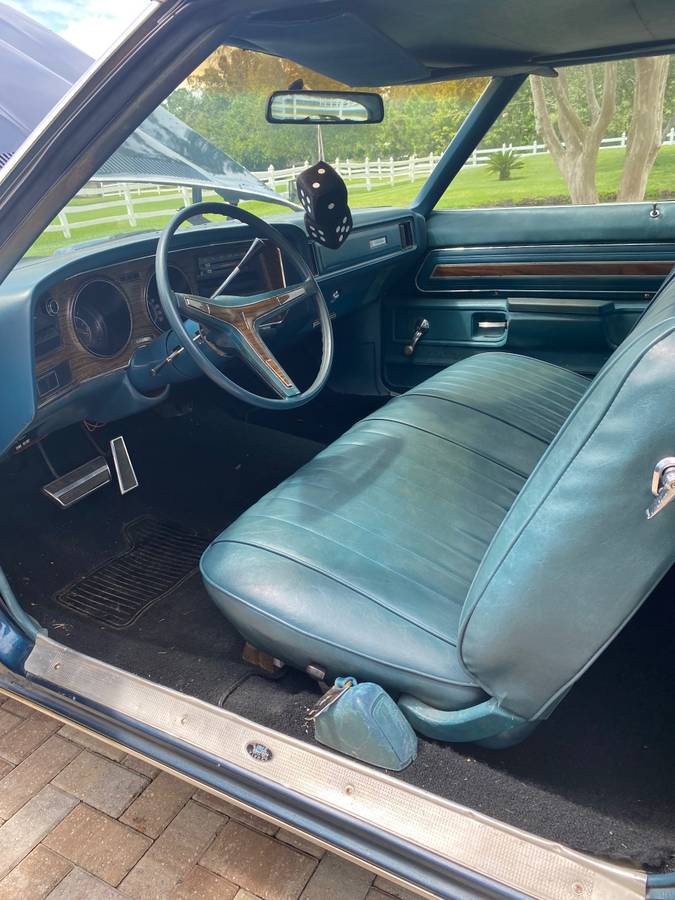 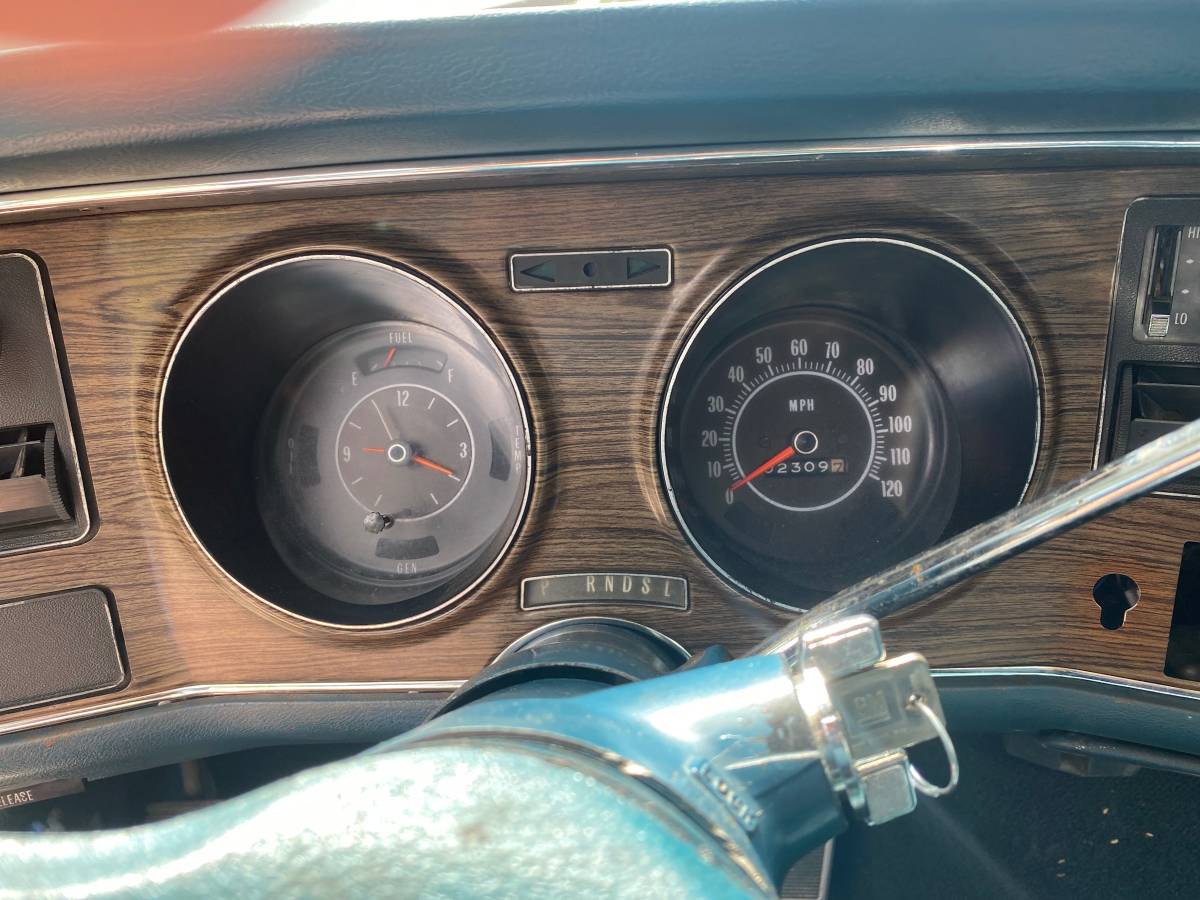 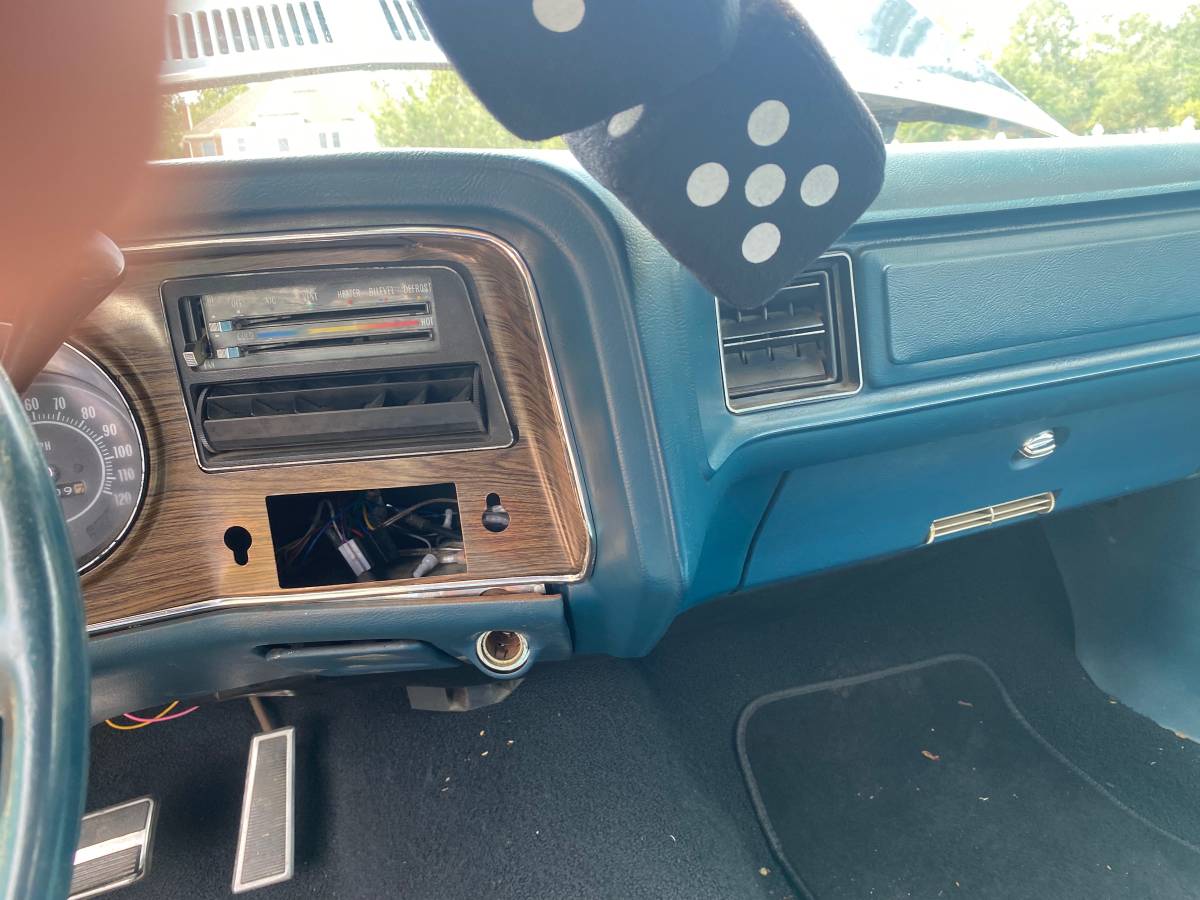 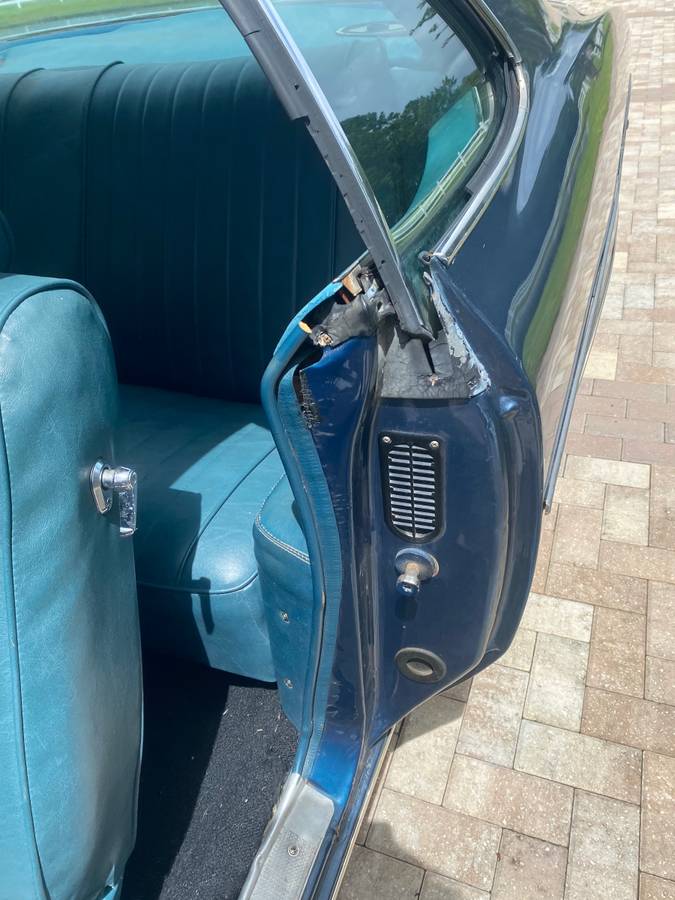 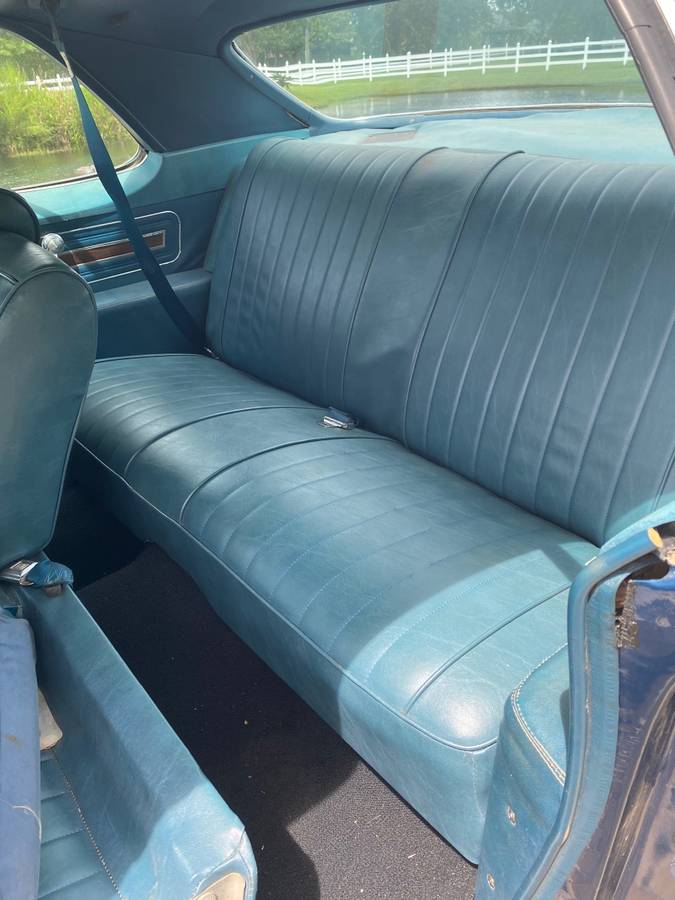 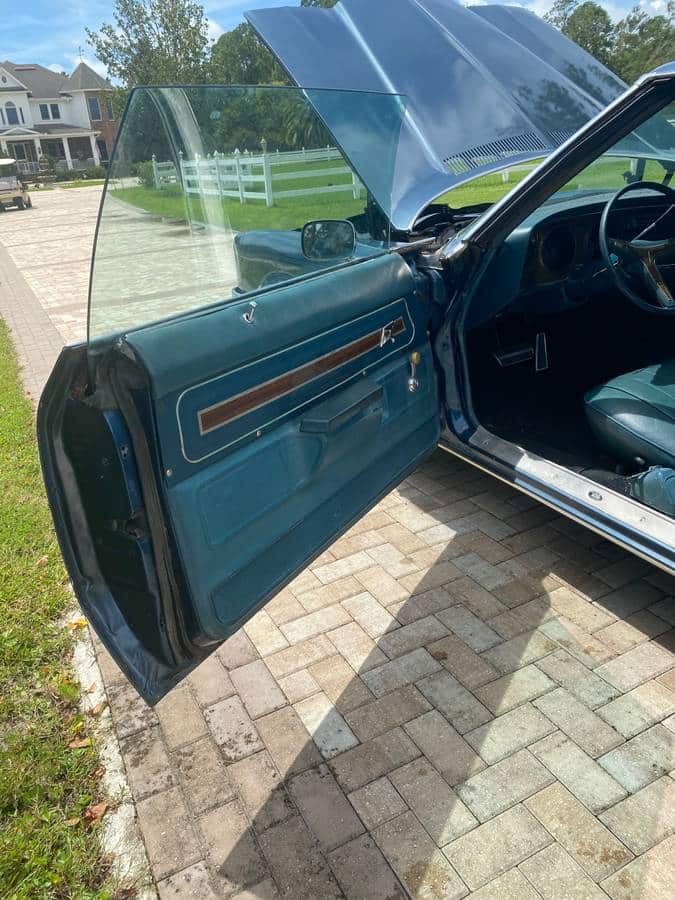 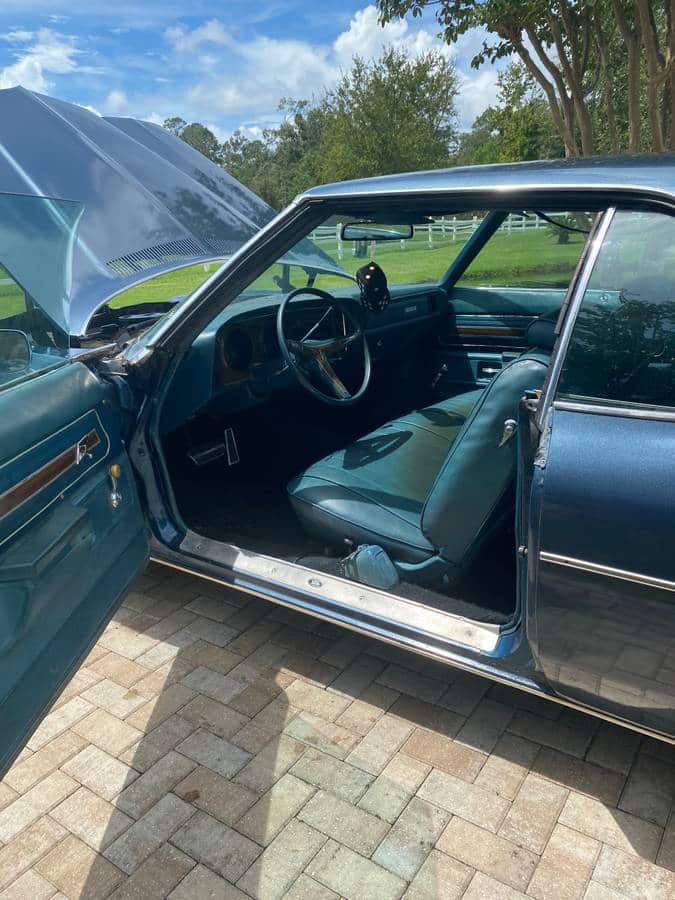 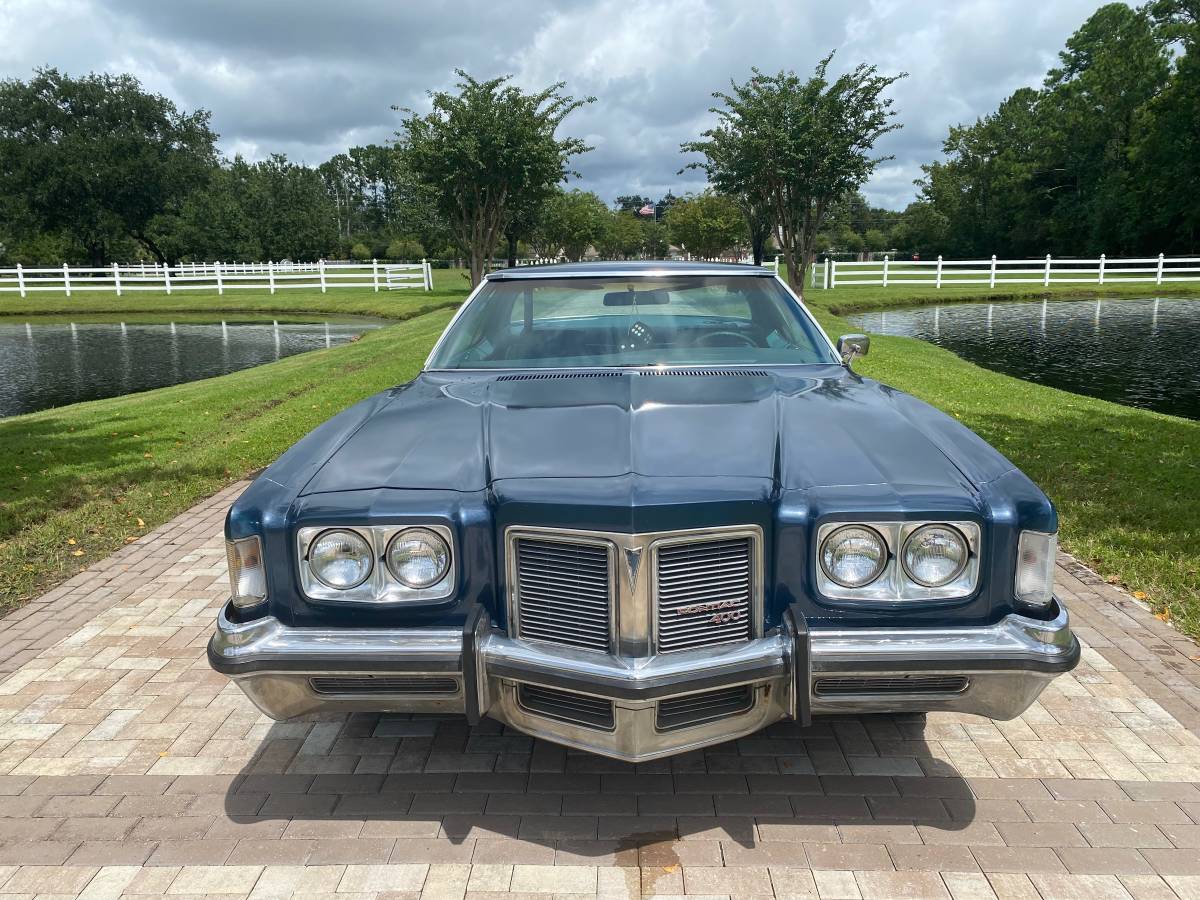 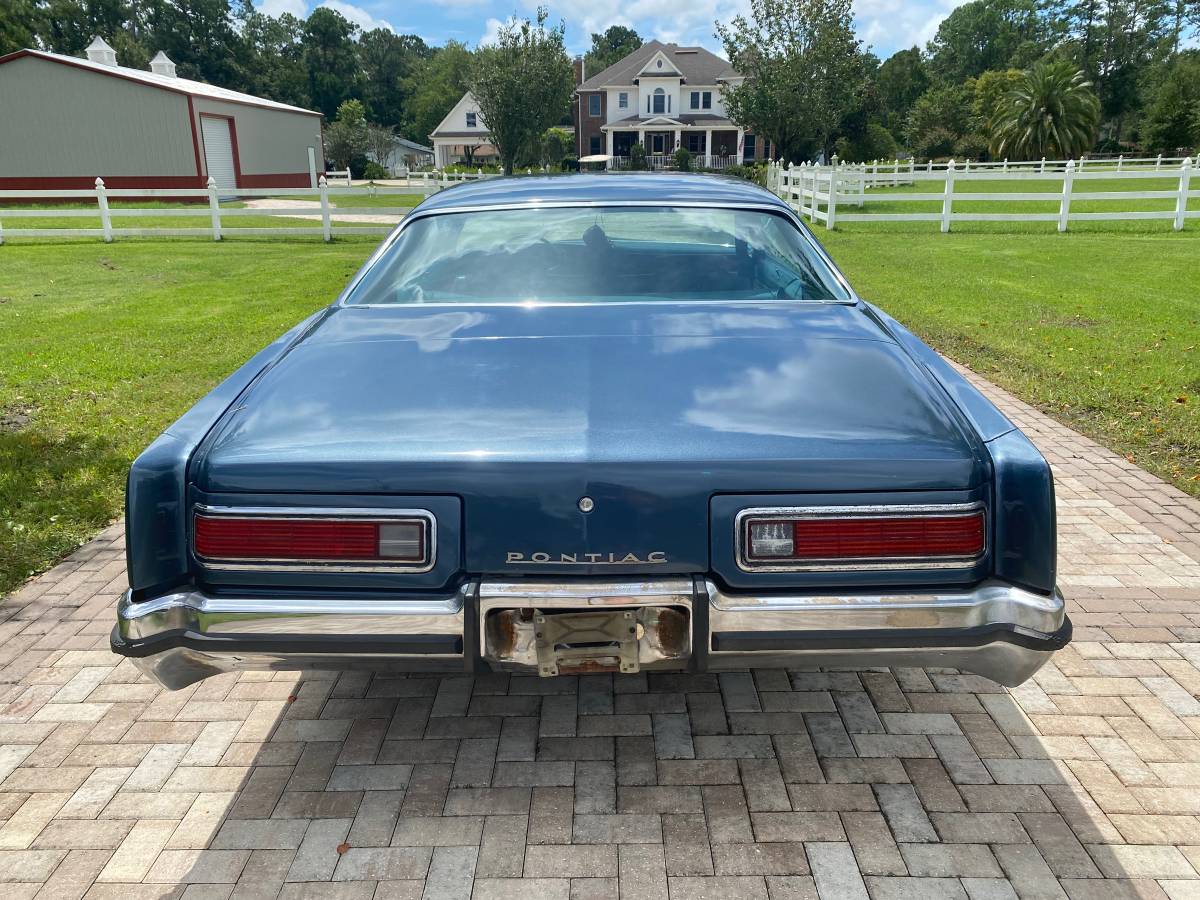 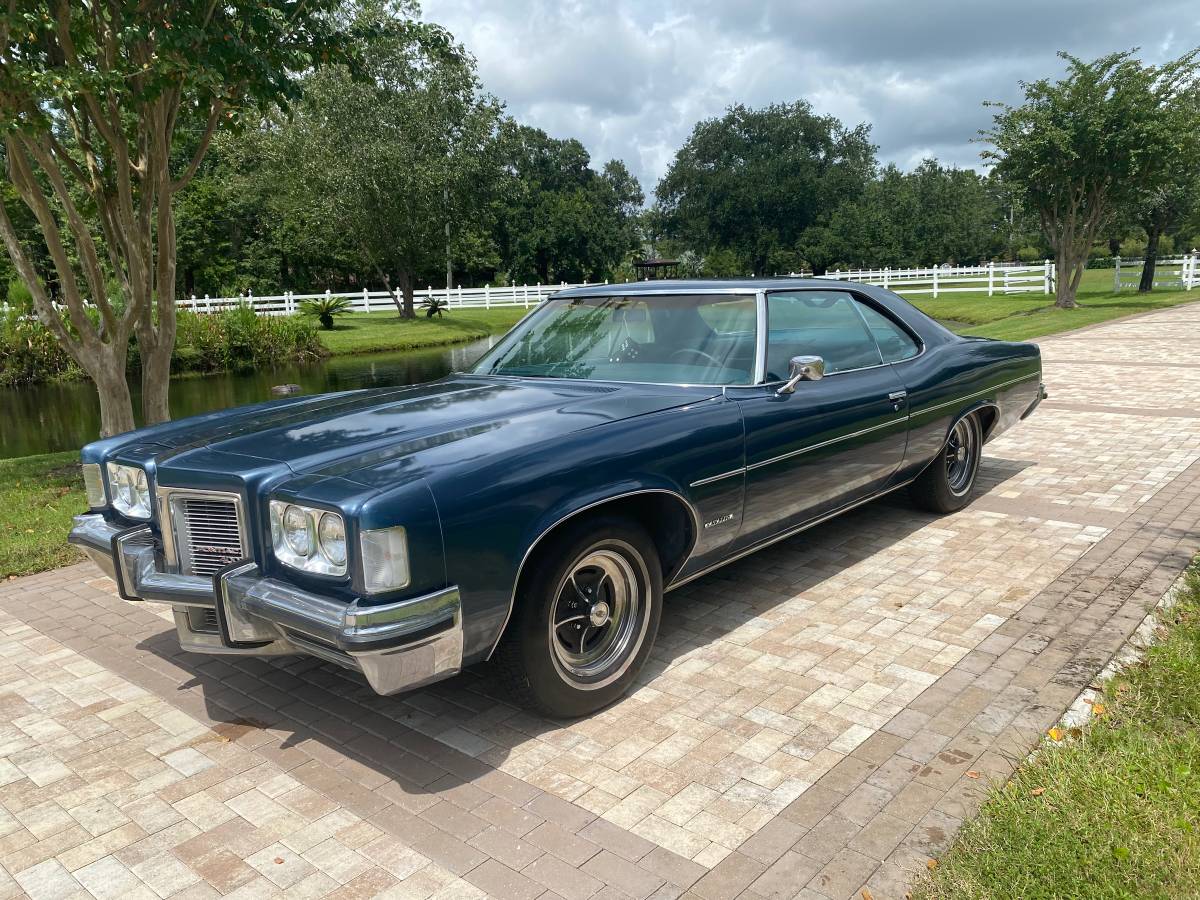 September 19, 2022, Update – We confirmed the seller of this “Classifind” deleted their listing, so we’re now able to call this one “SOLD!” While this one got away, please reach out either by email or call us directly if you’d like to be informed when we come across something similar.

1972 represents the first model year we include in our Malaise Monday category. Most historians agree that its the first year of the Malaise Era because all domestic manufacturers lowered their engine compression ratios to allow the use of low lead gasoline.  Additionally, all the manufacturers agreed to start advertising SAE Net rather than Gross horsepower ratings.  While power (and fuel mileage) may have decreased, 1972 was the first model year some manufacturers started complying with U.S. Federal government five-mile-per-hour front bumpers.

This 1972 Pontiac Catalina two-door hardtop, originally listed in September 2022 on Craigslist in Jacksonville, Florida (Miami), is a prime example.  The 1972 Catalina is the second last model year of true pillarless hardtop before General Motor’s Colonnade styling went into effect.  The aforementioned engine changes meant that this Catalina’s 400 cubic inches V8 engine was now rated at 175 net horsepower versus 265 gross horsepower the year before. People forget these engines still had torque, so they are still fun to drive. This example appears to need some updates. However, the presence of factory air, power steering, and power brakes means this Catalina has good bones for a nice build.

Currently offered for $8,000, Classic.com, the analytics and search engine for the collector car market, confirms the ask is at the low end of the five-year rolling average of this guide’s summary for fourth-generation Pontiac Catalinas produced between 1971 and 1976. We note, however, that this particular guide’s estimates are heavily swayed by the number of convertibles typically offered for sale.  By clicking on the green dots in the graph below, you can navigate to each comparable car sold as a way to help you evaluate the price of the truck featured here:

As a second data point, the  Collector Car Market Review Online Tool reveals the seller’s ask falls between this guide’s #3 “Good” estimate of $6,700 and its #2 “Very Good” appraisal of $10,400.

For 1971, Catalina and other full-sized Pontiacs were completely redesigned and restyled from the wheels up with long hood/short deck proportions and fuselage styling somewhat similar to Chrysler Corporation’s 1969 full-sized cars, along with a double shell roof for improved roll-over protection and flush pull-up exterior door handles – the latter two features first seen on the 1970+1⁄2 Firebird. Catalina and Catalina Brougham sedans and coupes rode on a 123.5 in (3,137 mm) wheelbase while Bonneville and Grand Ville used a longer 126 in (3,200 mm) wheelbase, and Safari wagons were an inch longer at 127 in (3,226 mm). Station wagons also got their own multi-leaf spring rear suspensions, while sedans and coupes continued to be suspended with front and rear coil springs.

New for 1971 was the Catalina Brougham series, which offered a more luxurious interior trim than the regular Catalina, available as a two-door hardtop, four-door hardtop, and four-door pillared sedan. It was similar in concept to the Ventura series (1960-1961, 1966-1969) and the Ventura Custom trim option on the Catalina (1962-1965, 1970). It was dropped in 1973 after its sales failed to meet expectations. 1972 was also the Catalina convertible’s final year.

Another trouble-prone feature Pontiacs shared with all GM B- and C-body cars for 1971 was a new power ventilation system. The system also shared with the ill-fated Vega, used the heater fan to draw air into the car from the cowl intake at the base of the windshield, and force it out through vents in the trunk lid or tailgate. In theory, passengers could enjoy fresh air even when the car was moving slowly or stopped, as in heavy traffic. In practice, however, it didn’t work.

Within weeks of the 1971 models’ debut, however, Pontiac—and all other GM dealers—received multiple complaints from drivers who complained the ventilation system pulled cold air into the car before the heater could warm up—and could not be shut off. The ventilation system was extensively revised in 1972.

All models featured new Grand Prix-style wrap-around cockpit instrument panels that placed controls and instruments within easy reach of the driver, along with two round pods for a speedometer and the other for warning lights, the fuel gauge or optional gauges, and an electric clock. Interior trims were available in cloth and Morrokide vinyl or expanded Morrokide depending on the model.

The standard engine in Catalina sedans and coupes was a 255-horsepower “350” (actually 355 cubic inch) V8 with a two-barrel carburetor. Catalina Brougham models and Safari wagons came standard with a 400 cubic-inch V8 with a two-barrel carburetor rated at 265 gross horsepower that was optional on other Catalina models. Optional engines included a 455 cubic-inch V8 with two- or four-barrel carburetion and respective horsepower ratings of 285 and 325, respectively. All Pontiac engines for 1971 were designed to run on lower-octane regular leaded, low lead, or unleaded gasoline thanks to a GM corporate edict, necessitating reductions in compression ratios.

Power front disc brakes were made standard equipment for the first time in 1971. As in previous years, variable ratio power steering and Turbo Hydramatic transmission were extra-cost options but became standard equipment midway through the 1971 model run. Also available on early 1971 Catalinas with the 350 engine was a two-speed Powerglide automatic transmission in addition to the standard column-shift three-speed manual.

For 1972, Catalinas and other full-sized Pontiacs received new Grand Prix-style “V” nose grilles and sturdier front bumpers that could withstand crashes of up to 5 mph, a year ahead of the Federal standard that took effect in 1973, along with revised taillight lenses.

The two-barrel 400 cubic-inch V8 was standard on all Catalina/Brougham/Safari models, rated at 175 net horsepower compared to 265 gross horses in 1971, thanks to a switch in power measurements from gross ratings, which were measured by a dynamometer with no accessories attached while the “net” figures were measured “as installed” in a vehicle with all accessories and emission gear hooked up. Optional engines included a two-barrel 455 rated at 185 horsepower and a four-barrel 455 rated at 250 horsepower. The year 1972 was the last for the Catalina convertible and the Catalina Brougham series.

With warm A/C, a lifter ticking, and a leaking rear differential, this 1972 Pontiac Catalina needs some TLC but appears to have great bones for either a sympathetic restoration or the basis for a great street build.  The Riviera rims further prove Buick’s stylish chrome factory wheels make any car look great.

Stock or modify: What would you do with this 1972 Pontiac Bonneville survivor?  Please comment below and let us know!