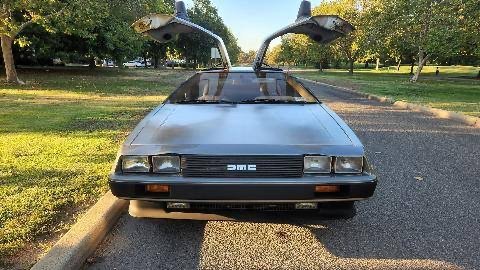 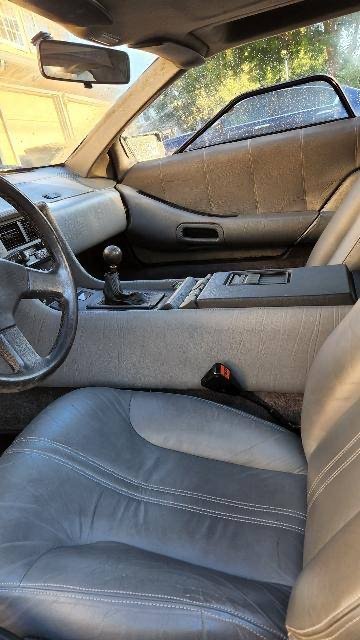 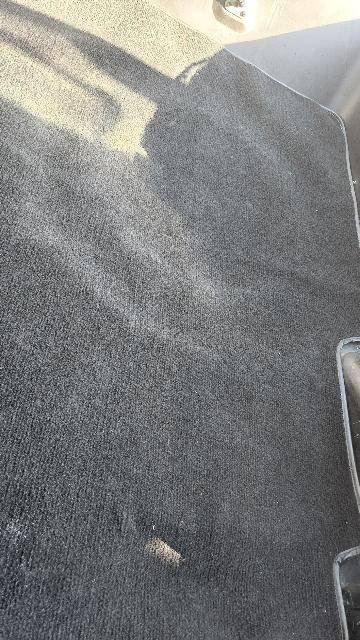 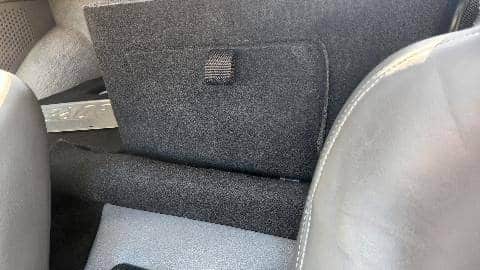 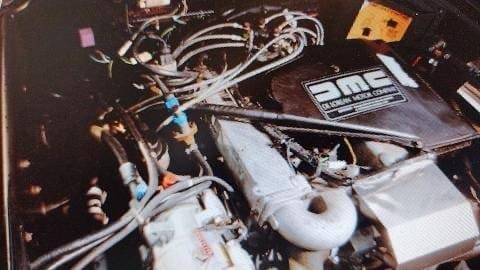 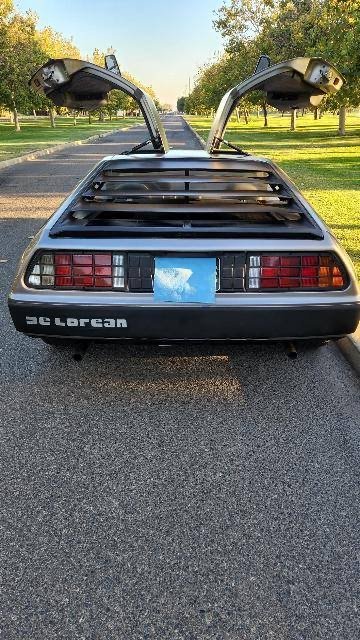 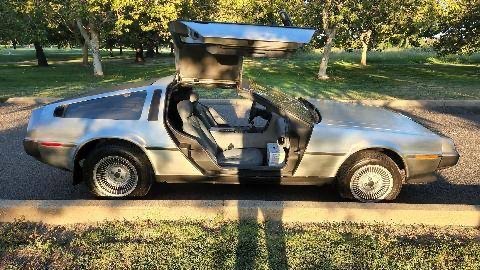 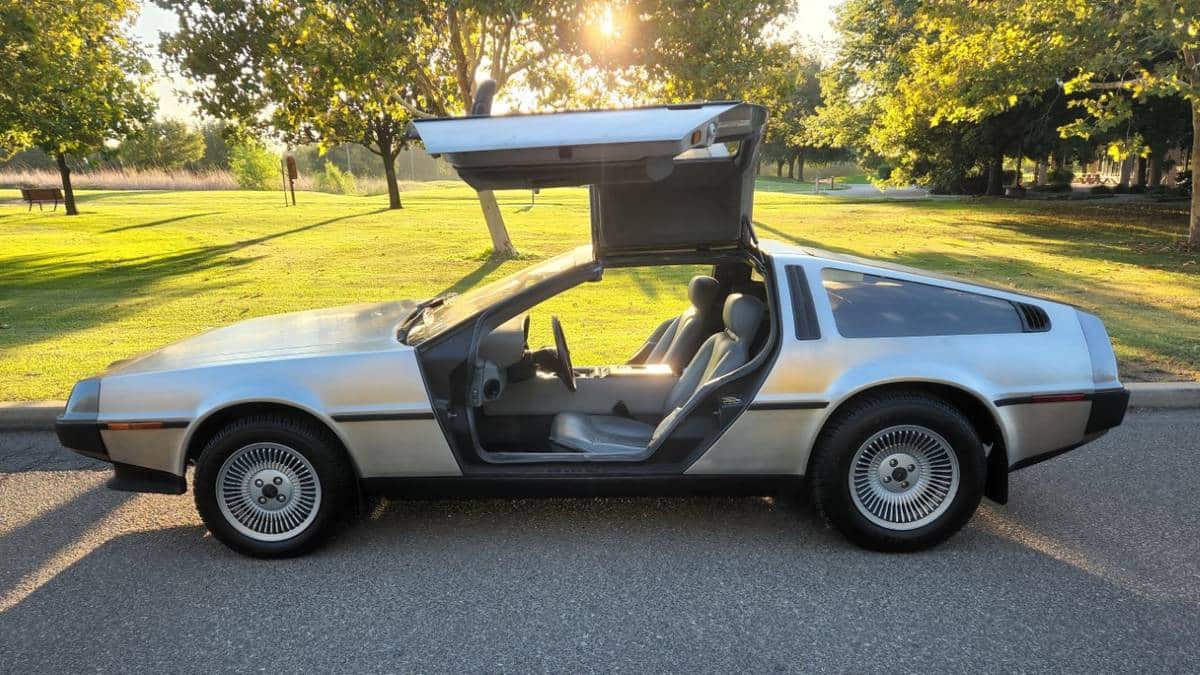 Downplayed by serious collectors for many years, the gullwing-door, stainless steel DeLorean DMC-12 sports car is finally getting its due among collectors. Unfortunately, the short production run of the ill-fated company combined with the lackluster performance of the Peugeot/Rover/Volvo V6 engine meant many of these cars fall into disrepair over the years despite the illusion of their stainless steel body never tarnishing. As such, low-mileage, survivor examples finally give sellers something to cheer about as well-heeled younger enthusiasts yearn to own a car they enjoyed watching in the Back to the Future movie franchise.

This 1981 DeLorean DMC-12, originally listed in September 2022 on Craigslist in San Francisco, California, is said to be a 12,900 original mile example that remained in the same family since new.  The current caretaker mentions they “are considering selling it,” so that may be a tell they are testing the waters based on recent sales.

Once offered for $74,777 or best offer, Classic.com, the analytics and search engine for the collector car market, confirms the ask is slightly above the one-year rolling average of this guide’s summary for all DeLoreans produced between 1981 and 1982.  By clicking on the green dots in the graph below, you can navigate to each comparable car sold as a way to help you evaluate the price of the truck featured here:

As a second data point, the  Collector Car Market Review Online Tool reveals the seller’s ask falls well above this guide’s #1 “Excellent” appraisal of only $44,000. We suspect this guide has not yet been updated to take into account rising sales of these cars in just the past year.

After leaving his cushy job as a top General Motors executive, John DeLorean ventured out on his own in the late 1970s to create the DeLorean Motor Company (“DMC”).  The first and only vehicle produced by the fledgling company was the DMC-12, a rear-engine two-passenger sports car.  Fun fact: while the DeLorean is sometimes referred to by its internal DMC pre-production designation, DMC-12, that designation was never used in sales or marketing materials for the production model.

Designed by Giorgetto Giugiaro and noted for its gull-wing doors and brushed stainless-steel outer body panels, the sports car lacked power and performance incongruous with its looks and price. Though its short-lived production, the DeLorean became widely known after being featured as the time machine in the Back to the Future films.

With the first production car completed on January 21, 1981, the design incorporated numerous minor revisions to the hood, wheels, and interior before production ended in late December 1982, shortly after DMC filed for bankruptcy and after total production reached about 9,000 units.  Despite the car’s reputation for poor build quality and an unsatisfactory driving experience, the DeLorean continues to have a strong following, driven in part by the popularity of Back to the Future. 6,500 DeLoreans were estimated to still be on the road as of 2015.

When details surrounding the DeLorean were first announced in the mid-1970s, there were numerous plans and rumors that the DeLorean would have many advanced features, such as elastic reservoir molding (ERM), a unit construction plastic chassis, a mid-engine layout, an airbag, 10-mph bumpers, and ultrawide Pirelli P7 tires; none of these would materialize in the production vehicle.

Originally, the car was intended to have a centrally-mounted Wankel rotary engine. The engine selection was reconsidered when Comotor production ended, and the favored engine became the Ford Cologne V6 engine.  Appearing in October 1976, the first prototype was completed by American automotive chief engineer William T. Collins, formerly chief engineer at Pontiac. The prototype was initially known as the DSV-1 or DeLorean Safety Vehicle. As development continued, the model was referred to as the DSV-12 before changing to DMC-12, the “12” deriving from the target list price of $12,000 upon release.

The Ford V6 engine would soon be abandoned in favor of the complete drivetrain from the Citroën CX 2000—deemed a more reliable choice. The 1,985 cc I4 engine from Citroën was ultimately deemed underpowered for the DeLorean. When Citroën learned of DMC’s plans to turbocharge the engine, Citroën suggested that DMC find another engine. Eventually, the fuel-injected V6 PRV engine (Peugeot-Renault-Volvo) was selected. As a result, the engine location had to be moved from the mid-engined location in Prototype 1 to a rear-engined location in Prototype 2, a configuration retained in the production vehicle.

The chassis was initially planned to use elastic reservoir molding (ERM) to lighten the car and lower its production costs. Despite DeLorean purchasing patent rights to the untested ERM technology, it was eventually found unsuitable and thus caused the move to a stainless steel body instead.

Prototype 1’s interior was significantly different from the production vehicles. Prototype 1 had a prominent full-width knee bar, which was intended to be a safety car. A medium brown leather covered the seats, but they were much flatter and didn’t have the comfort and support of the production seats. A black steering wheel with a fat center was intended to hold an airbag, and the driver had a full set of Stewart-Warner gauges. A central warning system would check various fluid levels and even warn of low brake pad thickness, though, even then, it was suspected that production cars wouldn’t have this feature.

These and other changes to the original concept led to considerable schedule pressures. The design was deemed to require almost complete re-engineering, which was turned over to English engineer Colin Chapman, founder of Lotus Cars. Chapman replaced most of the unproven material and manufacturing techniques with those then employed by Lotus, including a steel backbone chassis.

To train the workforce, a small number of pre-production DeLoreans were produced with fiberglass bodies and are referred to as “black cars” or mules.  After several delays and cost overruns, production at the Dunmurry factory, located a few miles from Belfast City, finally began in late 1980. Around this time, DMC officially dropped the name DMC-12 on its now $25,000 car in favor of the model name DeLorean. As described in advertisements, the DeLorean sports car began production in December 1980, with the first production car rolling off the assembly line on January 21, 1981.

The DeLorean Motor Company was placed into receivership in February 1982 and filed bankruptcy on October 26 of that year, just a few days after the arrest of its founder, John DeLorean, on drug trafficking charges. Consolidated International purchased the unsold DeLoreans and partially completed DeLoreans still on the assembly line and assembled approximately 100 cars to finish the remaining production on December 24, 1982.

Before the release of the DeLorean, there was a waiting list of eager buyers, many of whom paid over MSRP. However, that exuberance subsided very quickly, and production output soon far exceeded sales volume. October 1981 was the highest month of sales for DMC, with 720 vehicles sold. Still, by December, the US was falling into recession, and interest rates were rising, negatively impacting sales. Despite this, instead of reducing production, John DeLorean doubled production output, further adding to the backlog of unsold cars. By the end of 1981, DMC had produced 7,500 cars but had sold only 3,000. By this point, DMC was in financial hardship, having sold only 350 units in January 1982, and in February of that year, DMC was placed into receivership.

While the provenance of single-family ownership combined with actor Micheal J. Fox reportedly driving and signing the car helps float the value of this 1981 DeLorean, the 12,900 original miles and the unmolested condition is what will sell this DMC-12.  The only question is whether the “awesome stereo system” the seller notes is factory original or is an aftermarket upgrade, as the current pictures provided do not highlight it.

“1981 Delorean Dmc. This is the Real Deal. Delorean with Clean Title, in Beautiful condition inside and out. One family has owned this Delorean since new. I’m considering selling it. Everything works; even the Ac blows out cold and also has an awesome Stereo system to enjoy music. This is a very Prestigious and Awesome car with a Manual Transmission. Michael J Fox drove it, and his signature is on it. The car has its original 12,900 miles on it, and you can drive it anywhere. $74,777 obo“

Show or go: What would you do with this low-mileage 1981 DeLorean DMC-12 survivor?  Please comment below and let us know!