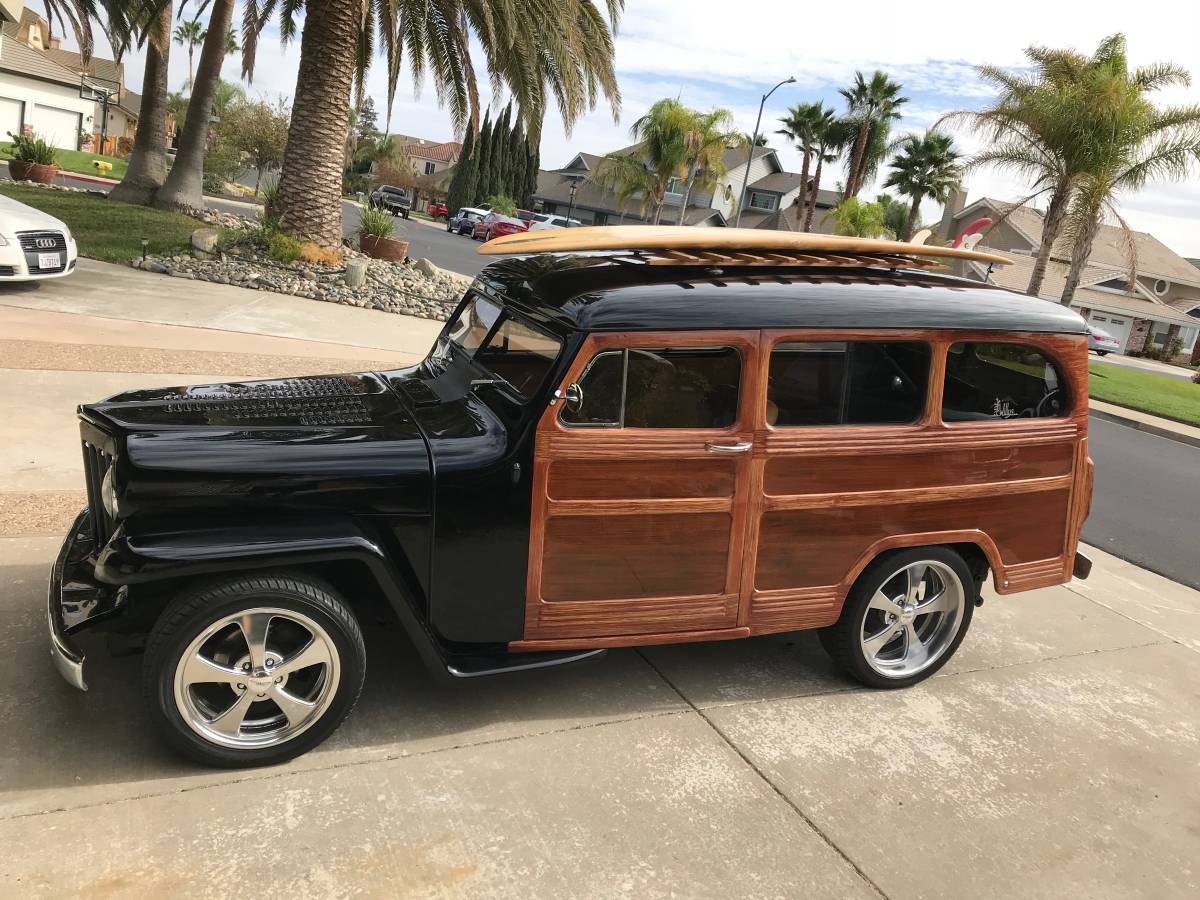 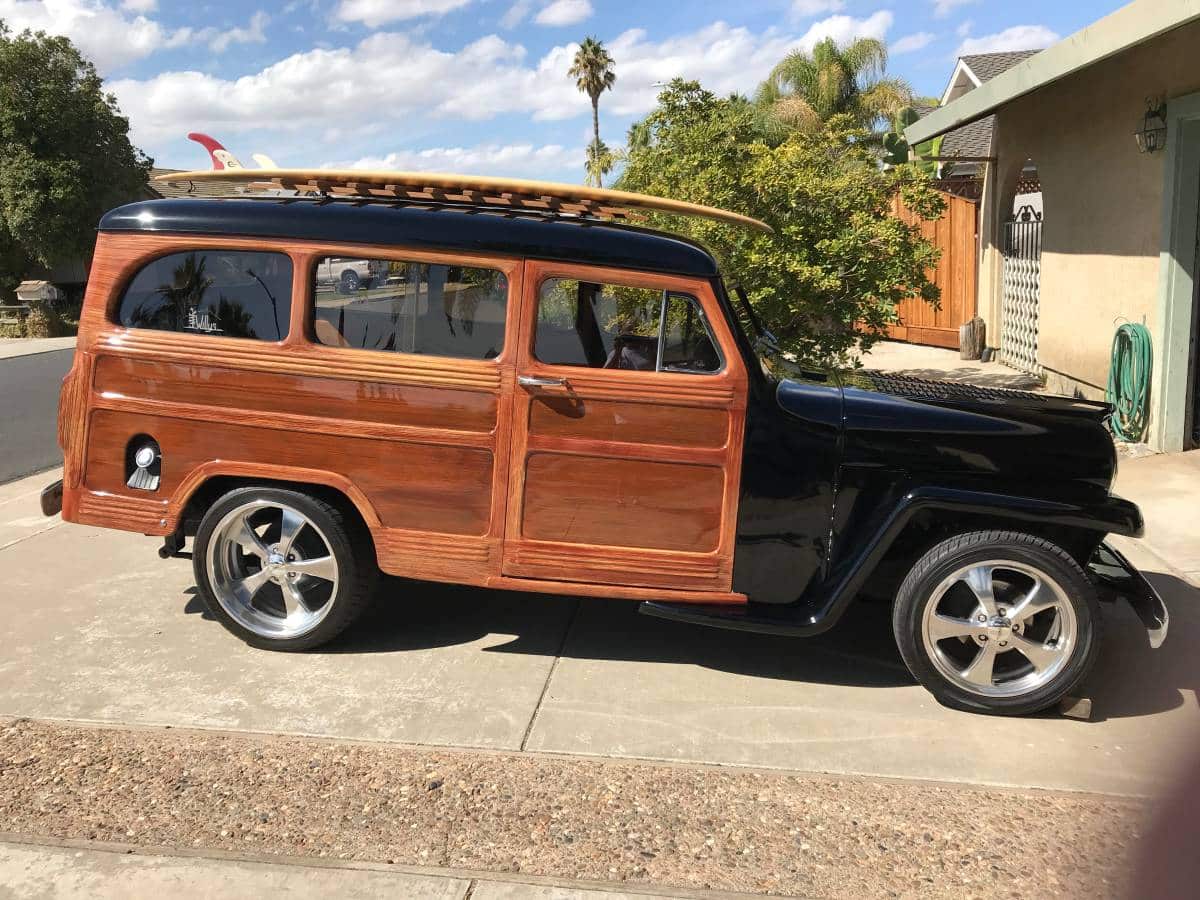 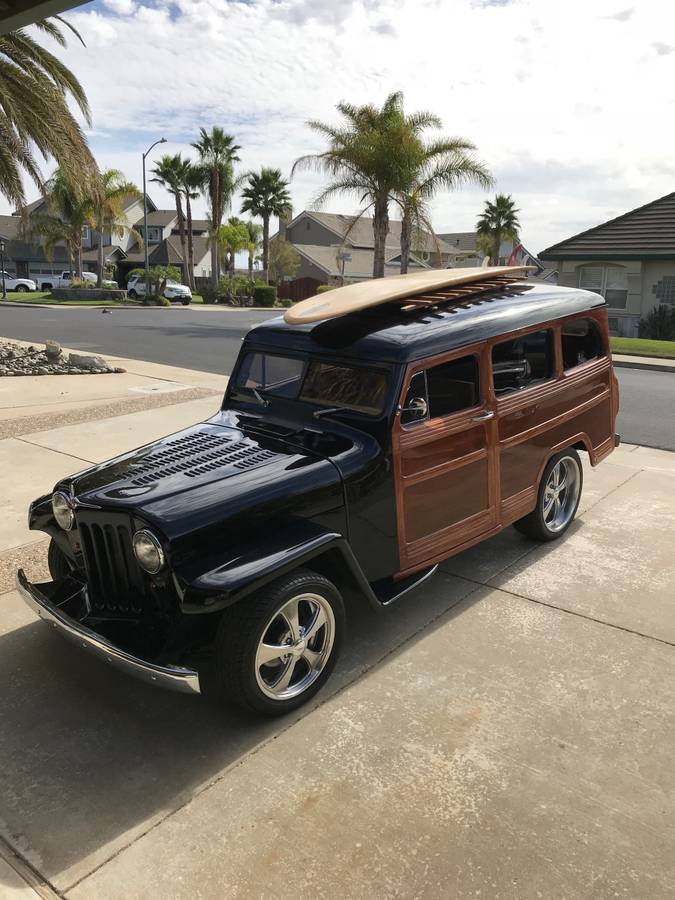 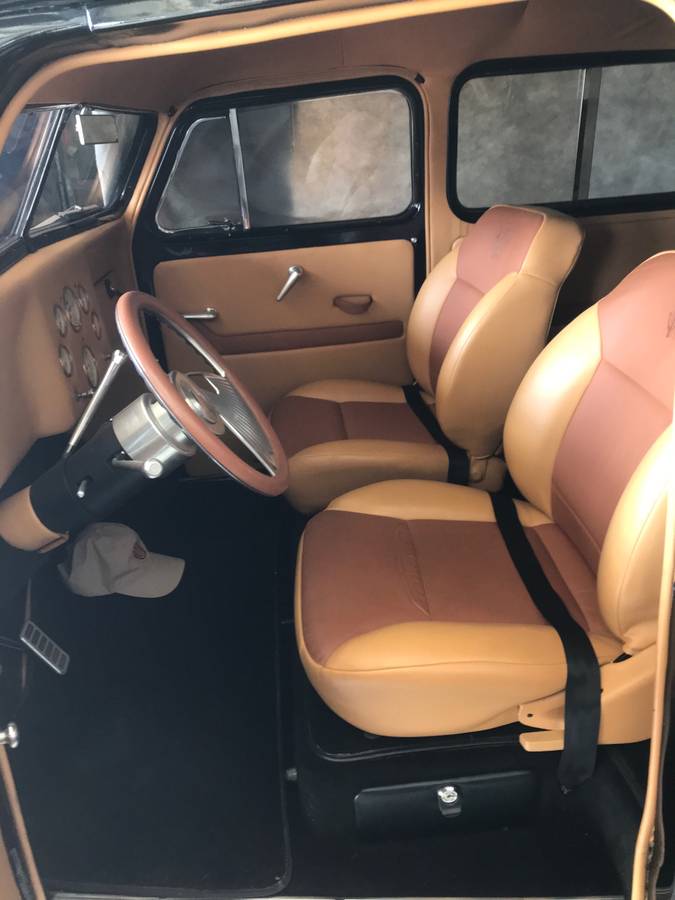 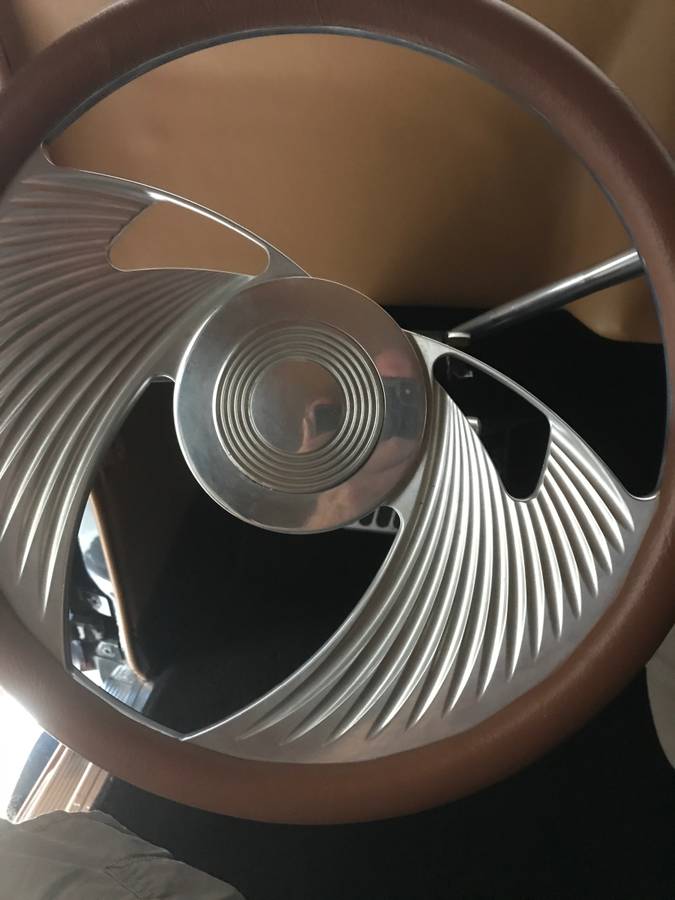 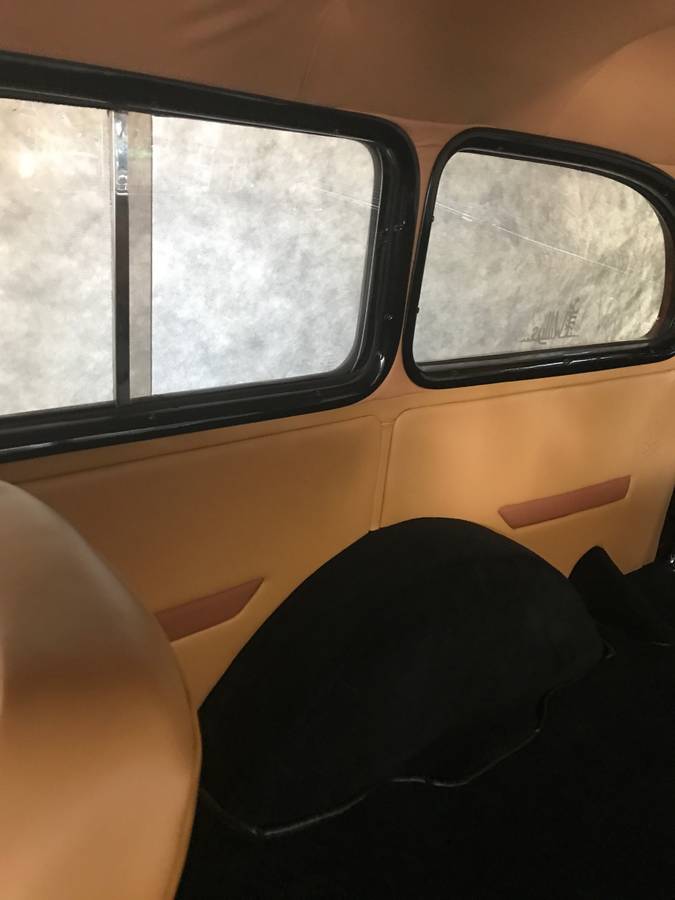 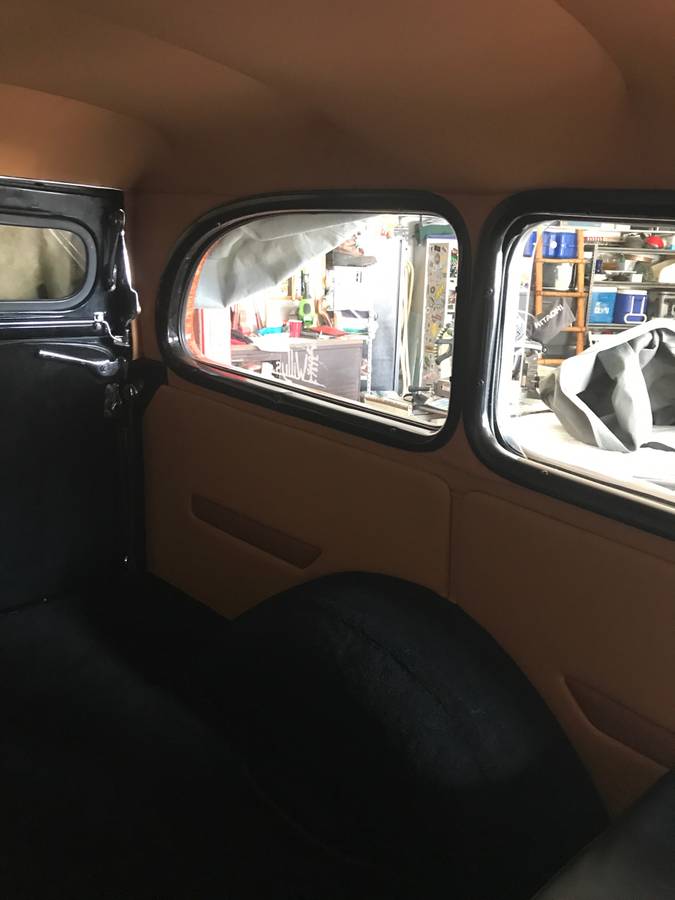 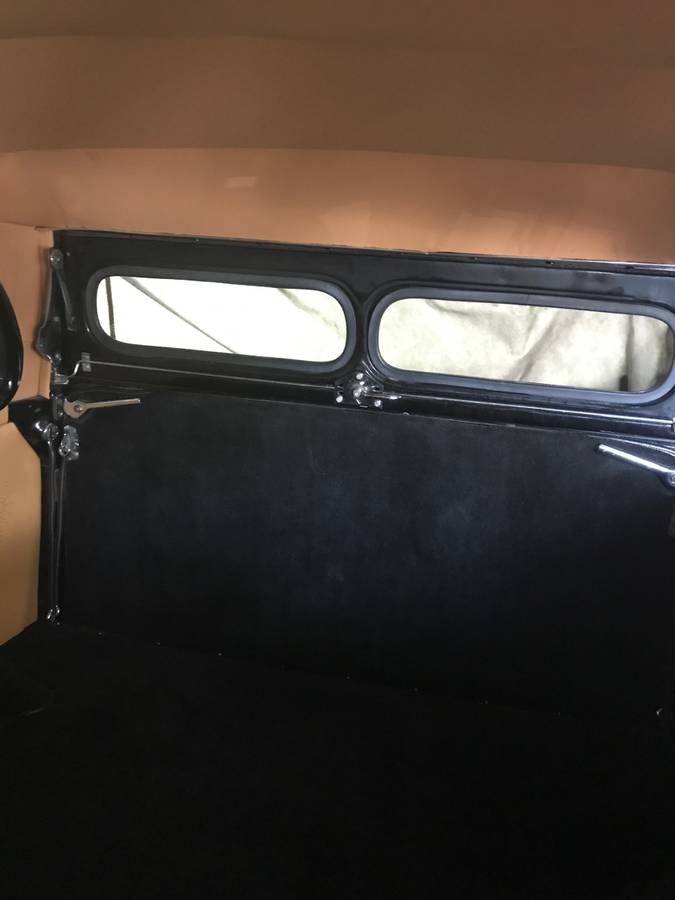 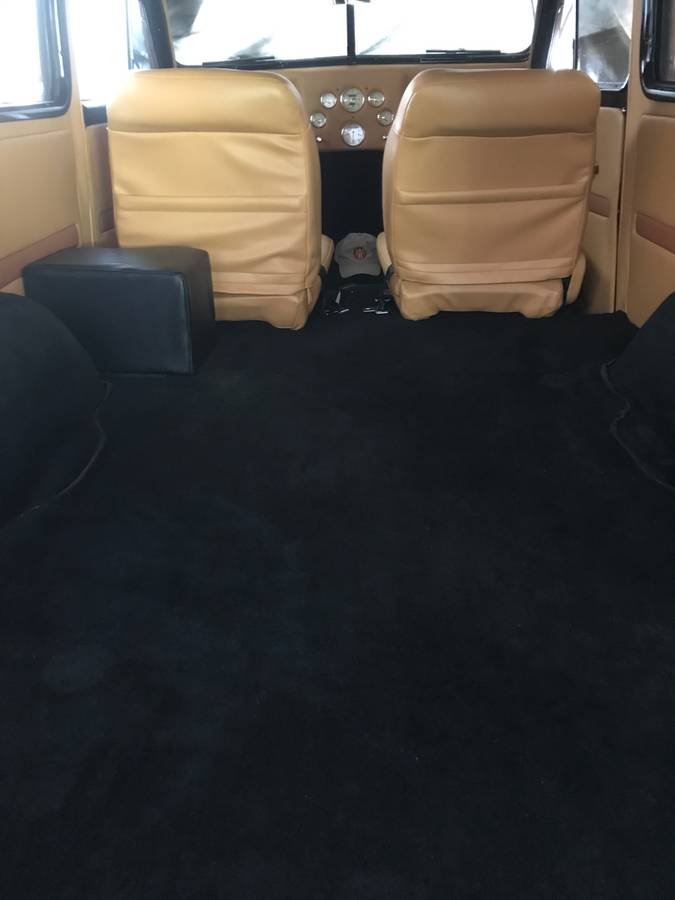 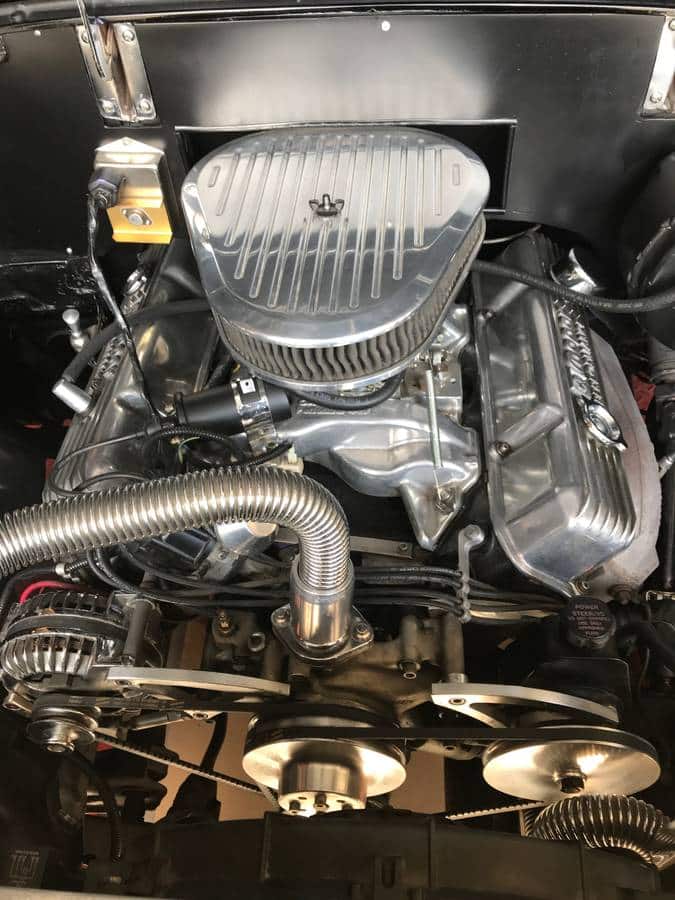 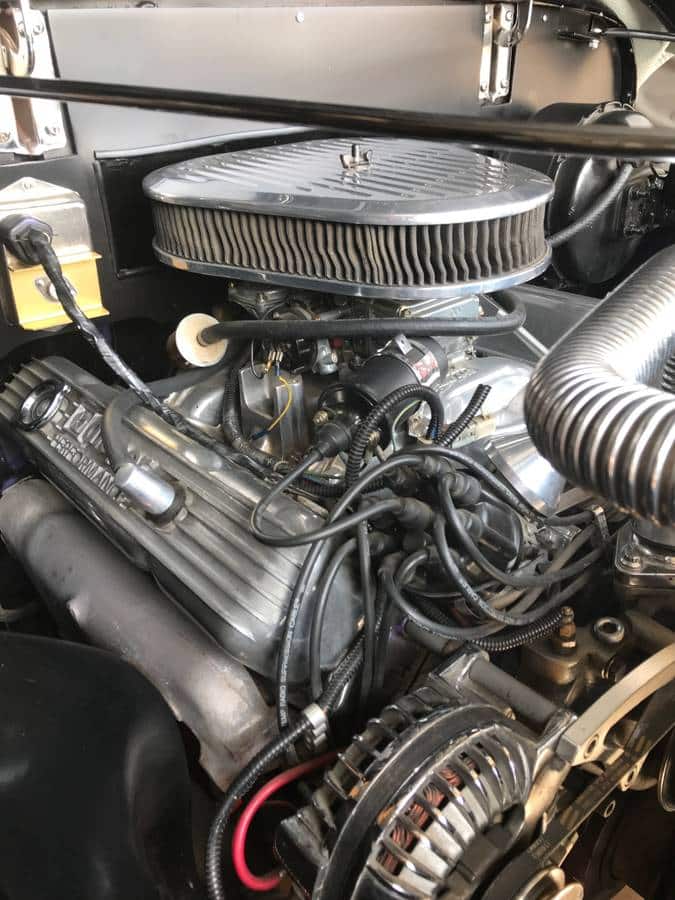 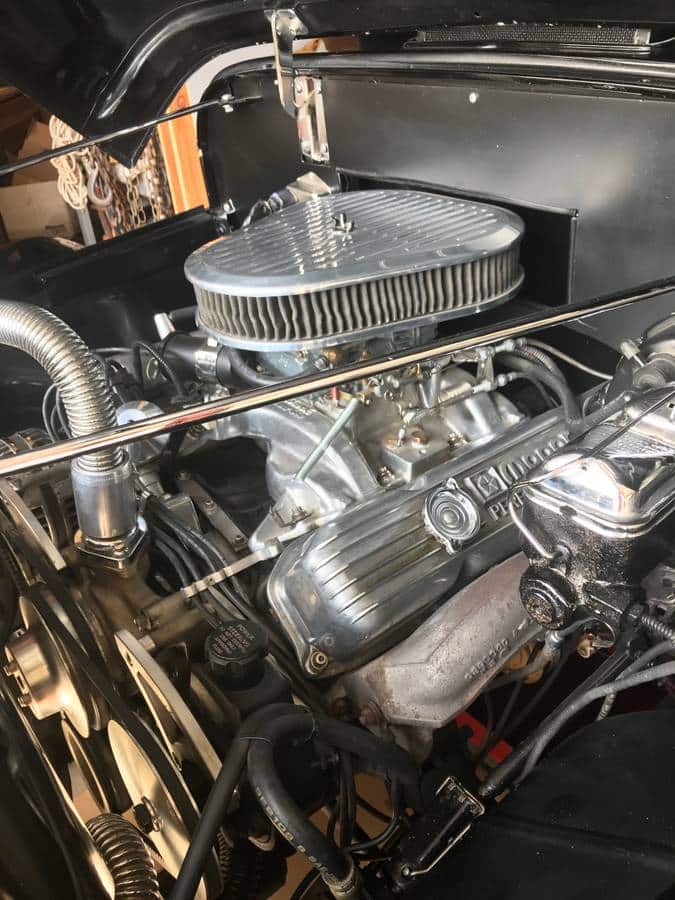 Irony comes in many forms.  When Willys launched its Brooks Stevens-designed wagon, the company did not make its own bodies and did not have the finances to build custom molds for bodywork. Brooks therefore designed bodies that could be built by sheet metal fabricators who normally made parts for household appliances and could draw sheet metal no more than six inches.  This simplified manufacturing process allow the Willys wagon to be the first all-steel body wagon offered after World War II.

Is it ironic that the builder of this 1947 Willys Wagon restomod currently listed here on Craigslist in Brentwood, California (San Francisco) painted a very convincing woodie wagon motif on their creation? In addition to a lowered four-inch chop supported by a Chrysler torsion bar front suspension, the Mopar theme continues with motivation supplied by a 413 cubic inch V8 mated to a TorqFlite automatic.

Currently offered for $42,000 (the original ask was$45,000), Classic.com, the analytics and search engine for the collector car market, confirms the ask is within the current range of the one-year rolling average of this guide’s summary for Willys Wagons produced between 1947 and 1962.  By clicking on the green dots in the graph below, you can navigate to each comparable car sold as a way to help you evaluate the price of the wagon featured here:

As a second data point, the  Collector Car Market Review Online Tool reveals the seller’s ask is well above this guide’s #1 “Excellent” appraisal of $37,300, however that is to be expected considering the number of modifications that went into this Willys.

Willys (and later Kaiser Jeep) produced over 300,000 Willys Wagons in the U.S. from 1946 to 1964.  Rather than rely on more expensive traditional techniques, Industrial Designer Brooks Stevens developed the bodies so they could be built by sheet metal fabricators who normally made parts for household appliances and could draw sheet metal no more than 6 inches.  This simplicity provided the Willys Wagon with the distinction of being the first mass-produced all-steel station wagon. In addition to the standard two-wheel-drive model, adding the availability of four-wheel-drive after 1949 such as the example featured here. While Willys branded four-door examples “Utility Wagons”, two-door examples such as this one were officially called “Station Wagons.” From a styling standpoint, this 1961 example still features the two-piece windshield which would be changed out for a one-piece unit the following year.

This Willys Overland Promotional video never ceases to amaze us with how versatile their vehicles were back in the day:

This 1947 Willys Restomod appears to be a quality older build that features a proven 28,000 miles. Given the amount of work that went into this creation, the current ask of $45,000 is easily a you-can’t-recreate-it-for-this price.

If you are serious about buying this Willys Wagon, you can start the conversation by emailing the seller.  When you connect, please remember to mention you saw their restomod featured here on GuysWithRides.com. Good luck with the purchase!