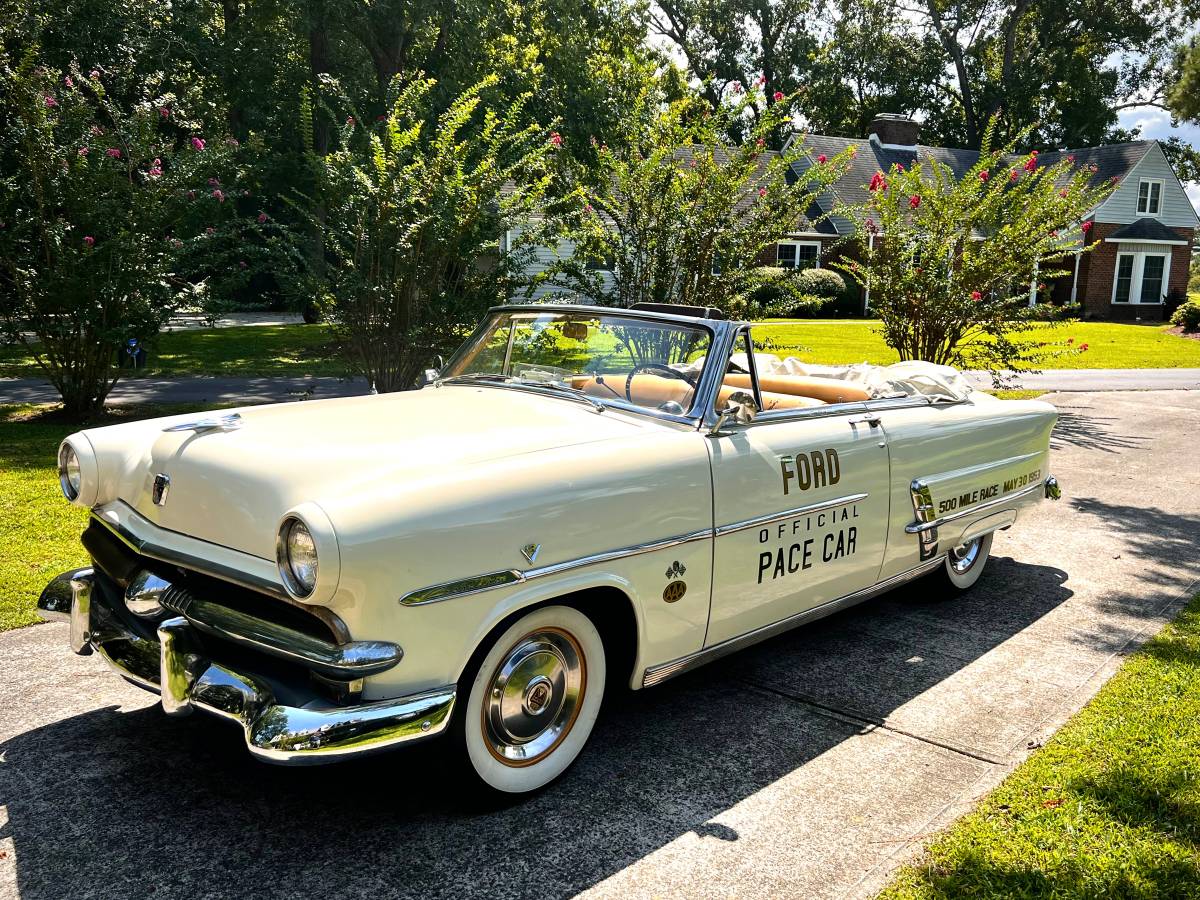 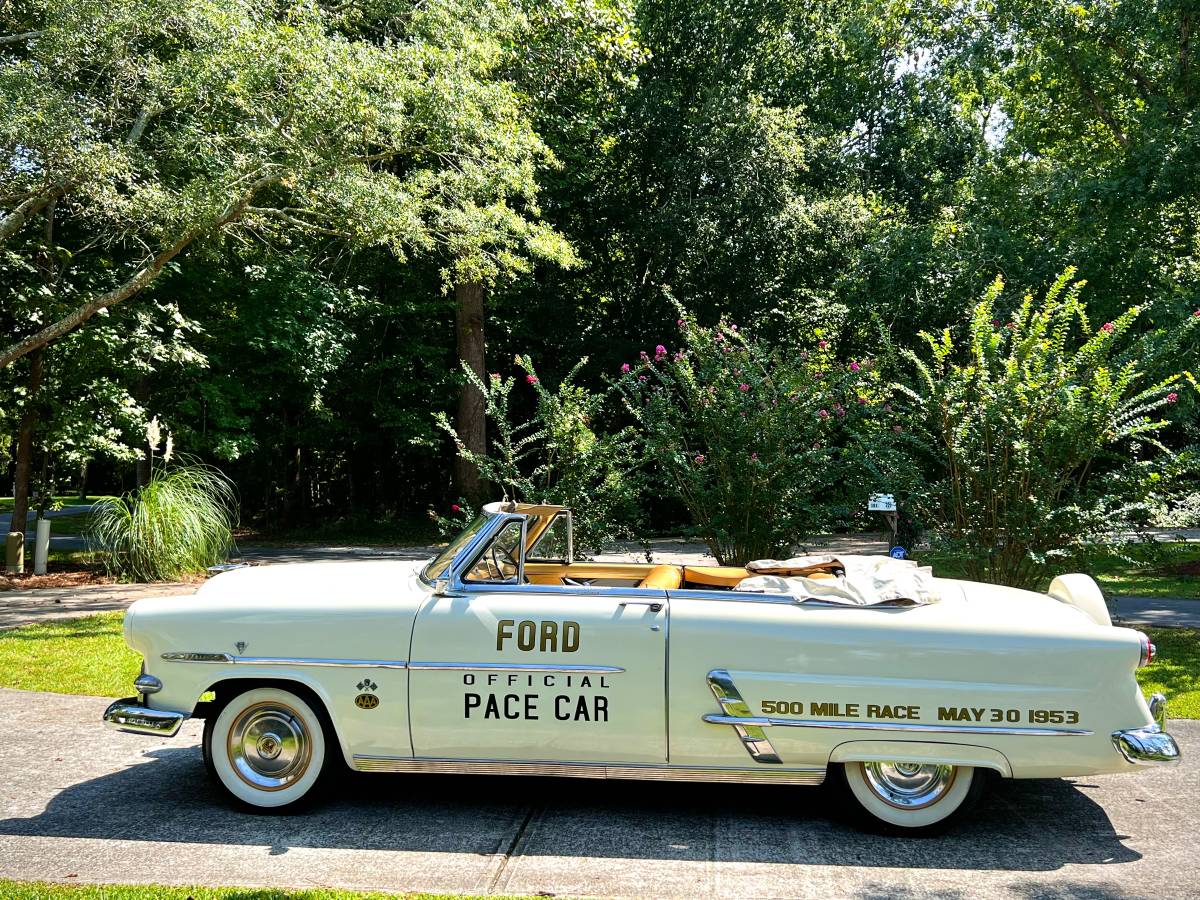 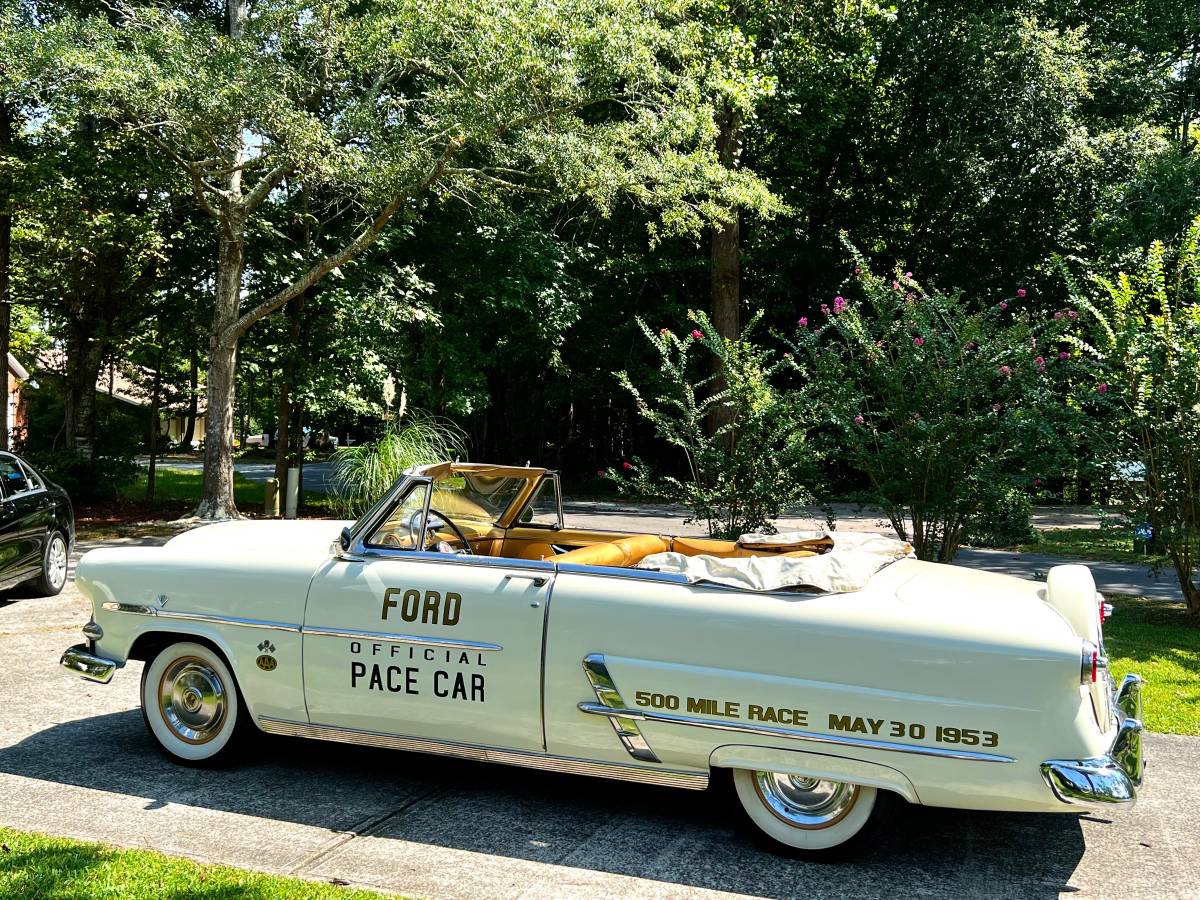 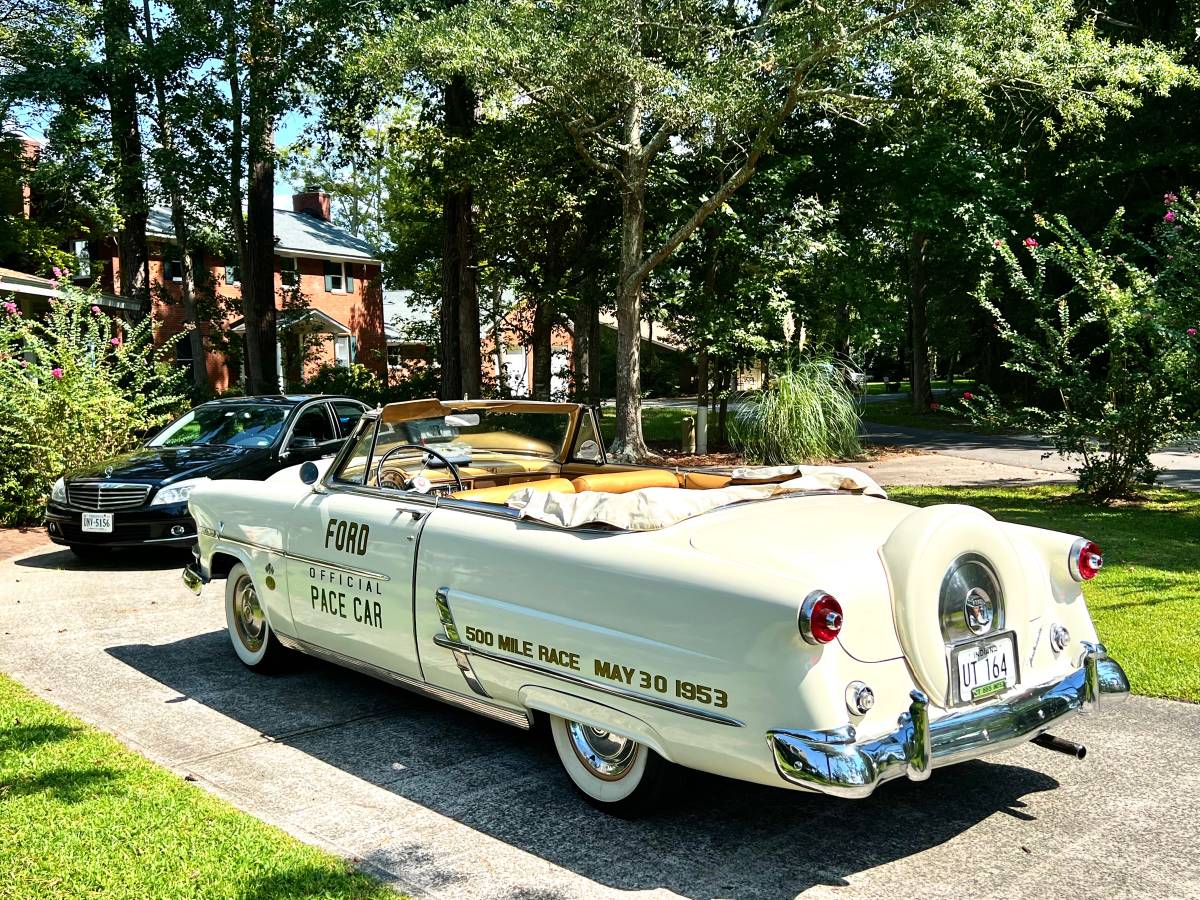 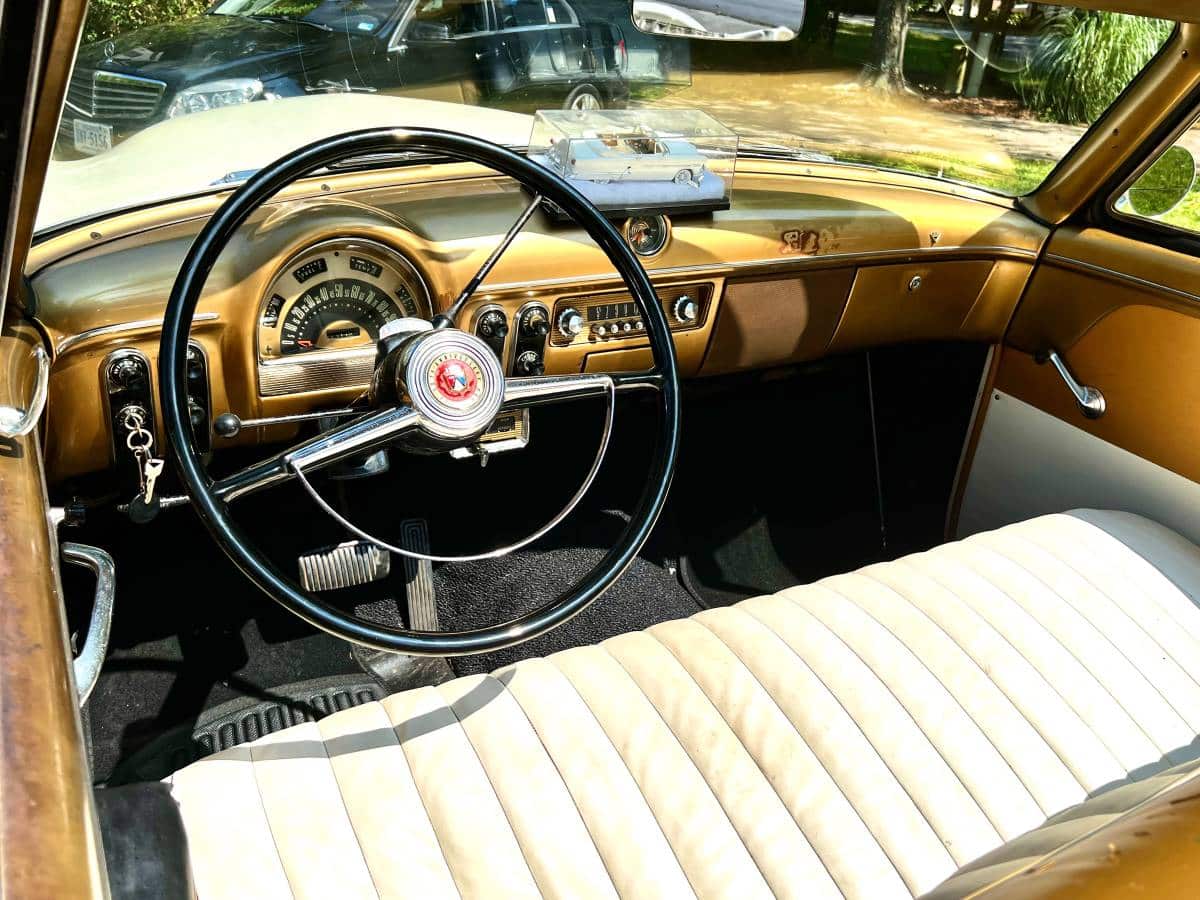 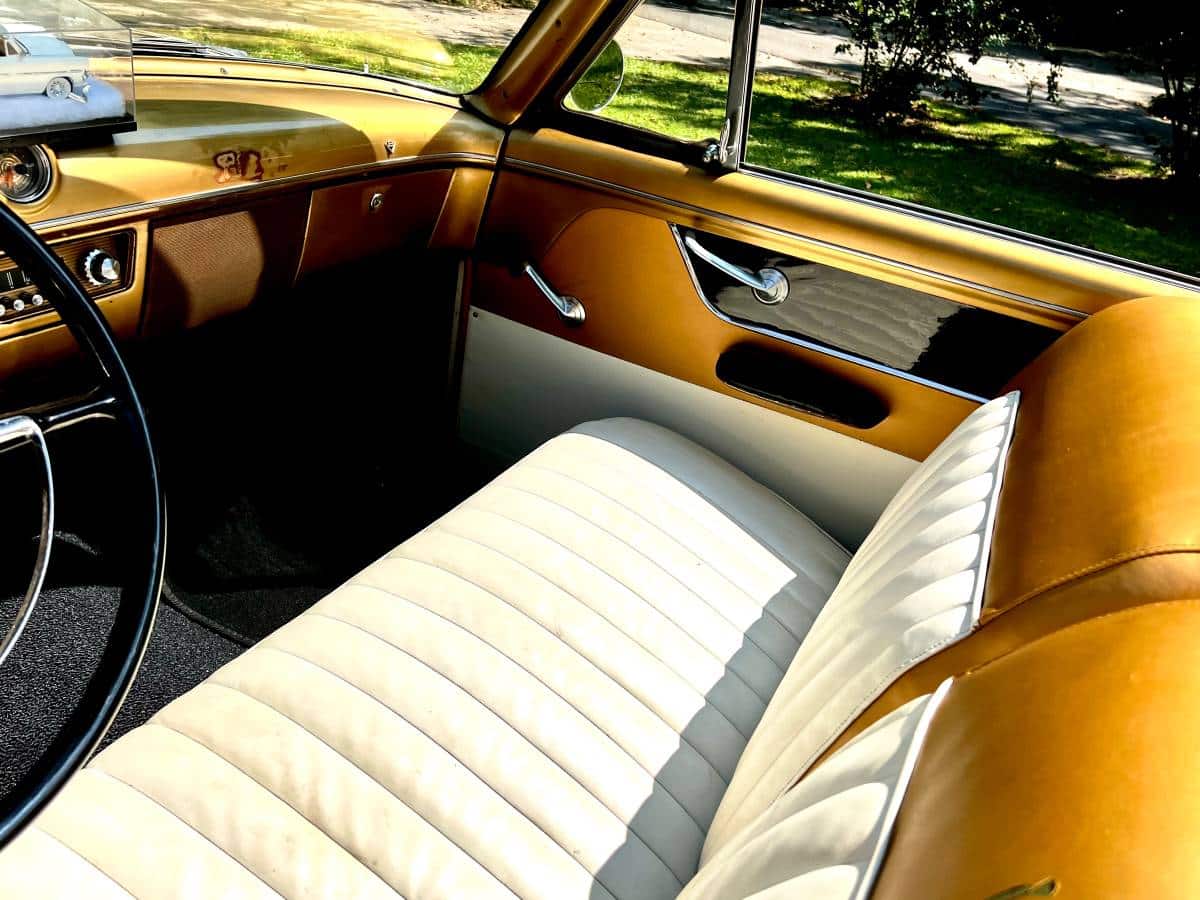 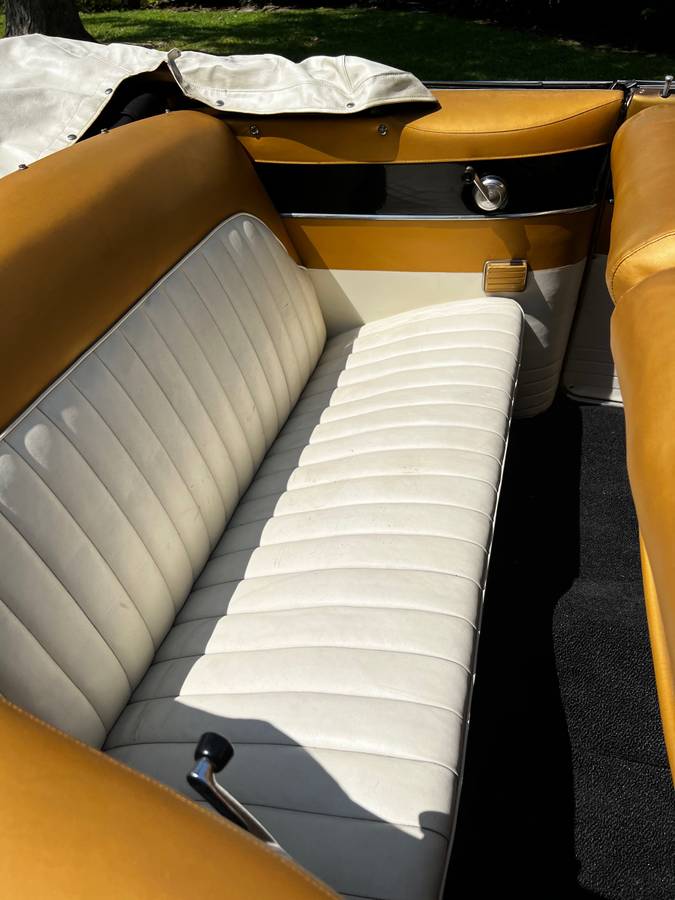 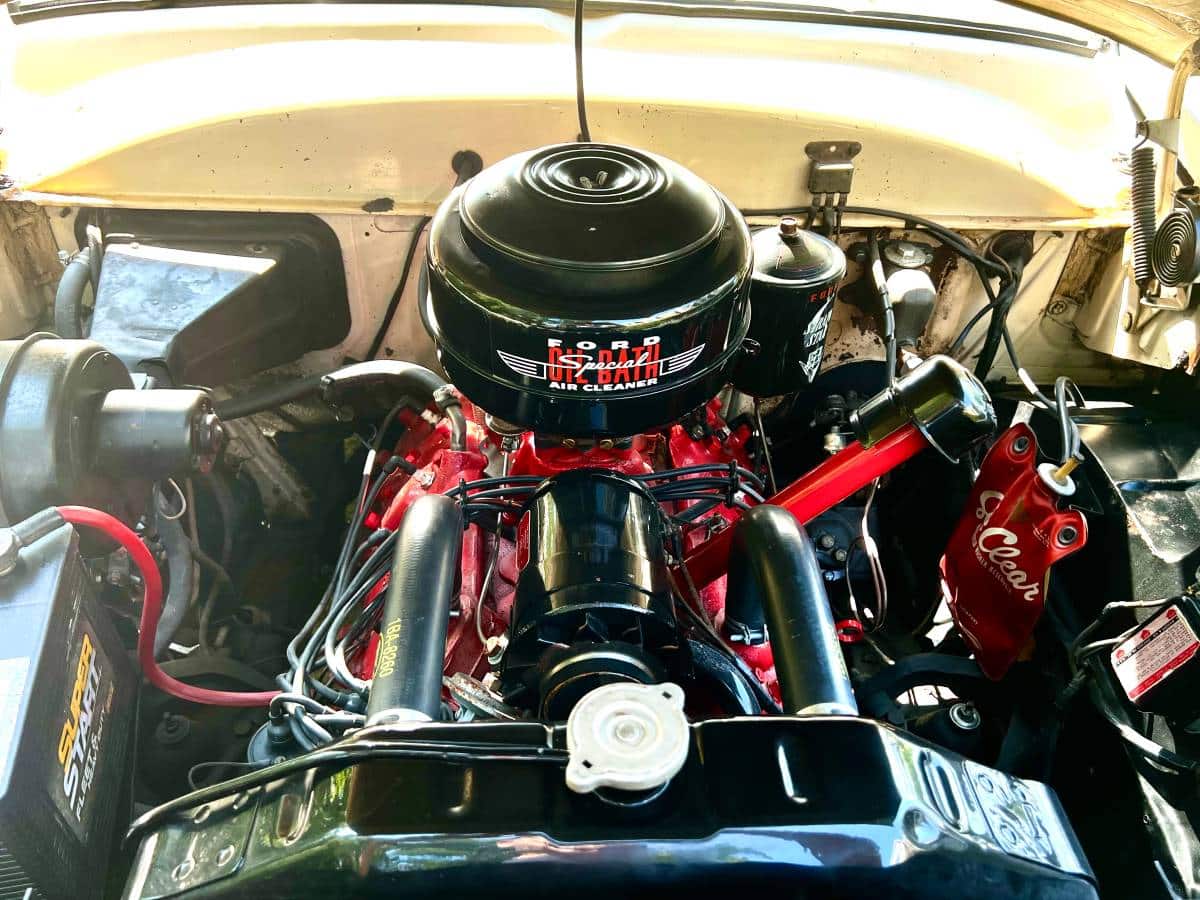 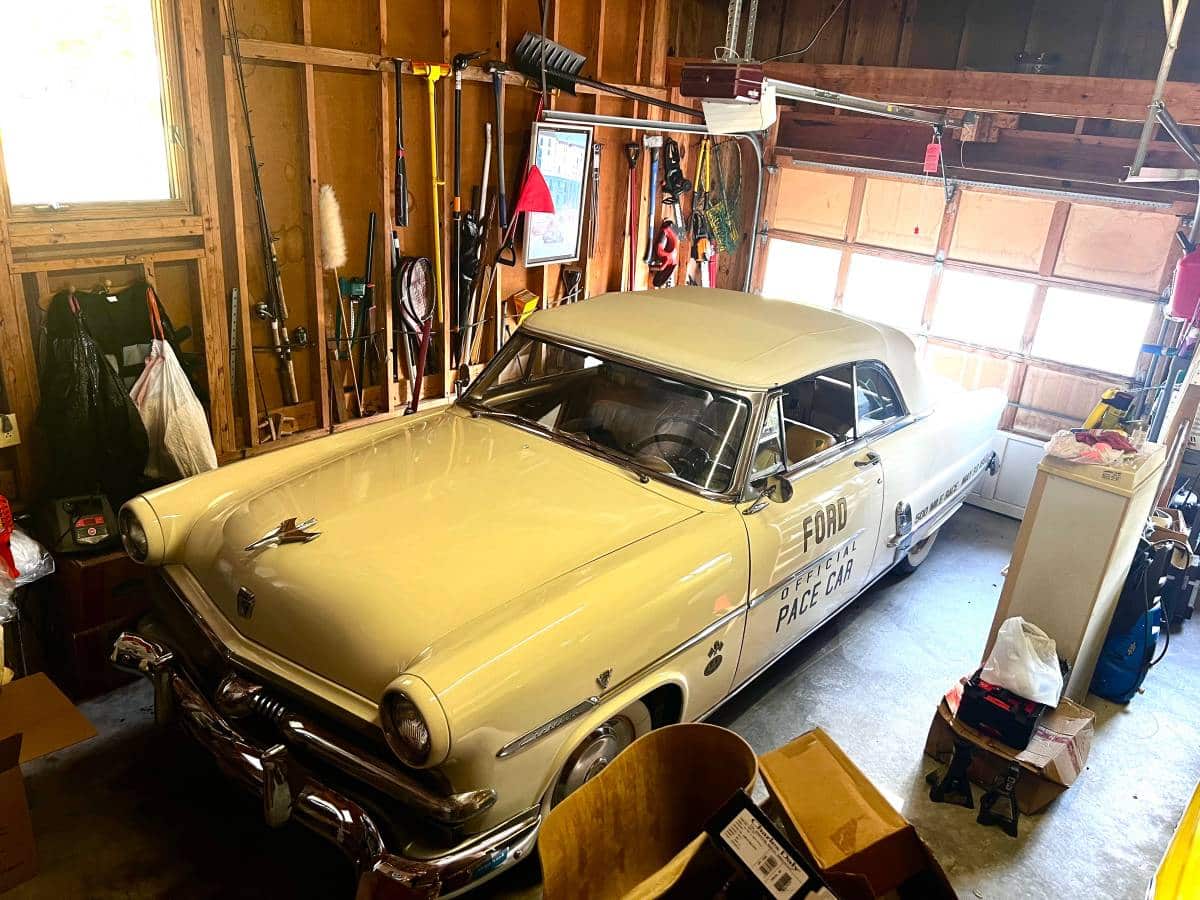 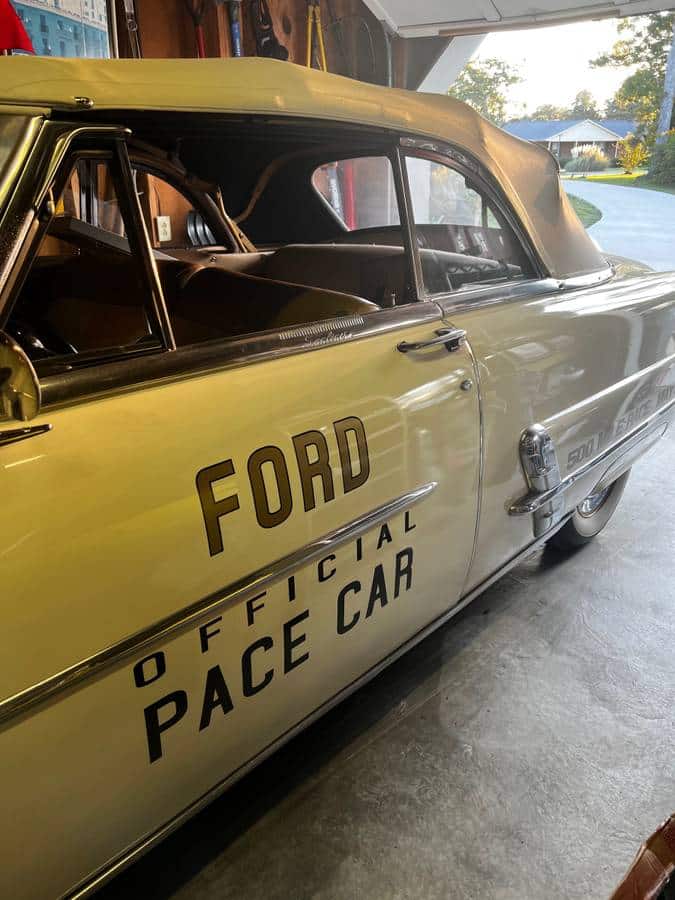 October 6, 2022, Update – We confirmed the seller of this “Classifind” deleted their listing, so we’re now able to call this one “SOLD!” While this one got away, please reach out either by email or call us directly if you’d like to be informed when we come across something similar.

If you’re of a certain age who religiously read issues of automotive magazines every month, one right of spring passage was finding out what car would pace the Indy 500 that year. In 1953, Ford celebrated the company’s 50th anniversary by supplying pace cars for the Indy 500.  The company then offered a Pace Car option on 2000 examples just like this 1953 Ford Crestline Sunliner Convertible originally listed in September 2021 on Craigslist in New Bern, Virginia (Richmond).  The seller reports their Indy 500 pace car is an all-original example that has been in storage for some time, so it will need some sorting to return to road-ready condition.

Currently offered for $29,900, Classic.com, the analytics and search engine for the collector car market, confirms the ask is slightly above the one-year rolling average of this guide’s summary for Ford Crestlines produced between 1952 and 1954.  By clicking on the green dots in the graph below, you can navigate to each comparable car sold as a way to help you evaluate the price of the convertible featured here:

As a second data point, the  Collector Car Market Review Online Tool reveals the seller’s ask falls between this guide’s #2 Very Good” estimate of $29,300 and its #1 “Excellent” appraisal of $41,900.

Corresponding with Ford’s line of redesigned cars for 1952, the company introduced the short-lived “Crestline” subbrand as the top trim level above the intermediate-level Customline and base-level Mainline. Crestline-level trim could be purchased on either the two-door hardtop Victoria, two-door convertible Sunliner, or four-door Country Squire station wagon.  Crestline-trimmed Fords came standard with a 239 cubic inch version of Ford’s venerable flathead V8.

1953 was Ford’s 50th Golden anniversary.  New features that year included the availability of power-assisted brakes and steering, options previously only available on the company’s Mercury and Lincoln cars. The center grill bullet lost its ring and was now flanked by vertical black stripes, while the corner markers were plain rectangular lights rather than the circular “intakes”. All 1953 Fords featured commemorative steering wheels marking the company’s 50th anniversary. Mechanical changes included a two-inch wider tread and a K-bar frame with five cross-members.

As part of the company’s Golden Anniversary celebrations, William Clay Ford paced the Indianapolis 500 in a Sunliner convertible with a dummy Continental tire kit (Coronado kit). To commemorate the occasion, Ford offered a Pace car paint and trim option in addition to launching “Master-Guide” power steering as an option on V8-powered cars.

This 1953 Ford Crestline Sunliner Indy 500 Pace car appears to be a nice survivor-quality example in need of some TLC to enjoy.

“1953 FORD INDIANAPOLIS PACE CAR CONVERTIBLE,ONE OF 2000 MADE, REAL PACE CAR, VERY RARE, POWER TOP THAT STILL WORKS GOOD,
THE CONVERTIBLE TOP IS LIKE NEW,
THE CAR IS IN ORIGINAL CONDITION, AND HAS BEEN IN STORAGE FOR A NUMBER OF YEARS SO WILL NEED TO BE CHECKED BEFORE PUTTING IT ON THE ROAD, BUT SHE STARTS RIGHT UP AND IDLES PERFECTLY,

Show or go: What would you do with this restored 1953 Ford Crestline Sunliner Pace Car convertible?  Please comment below and let us know!