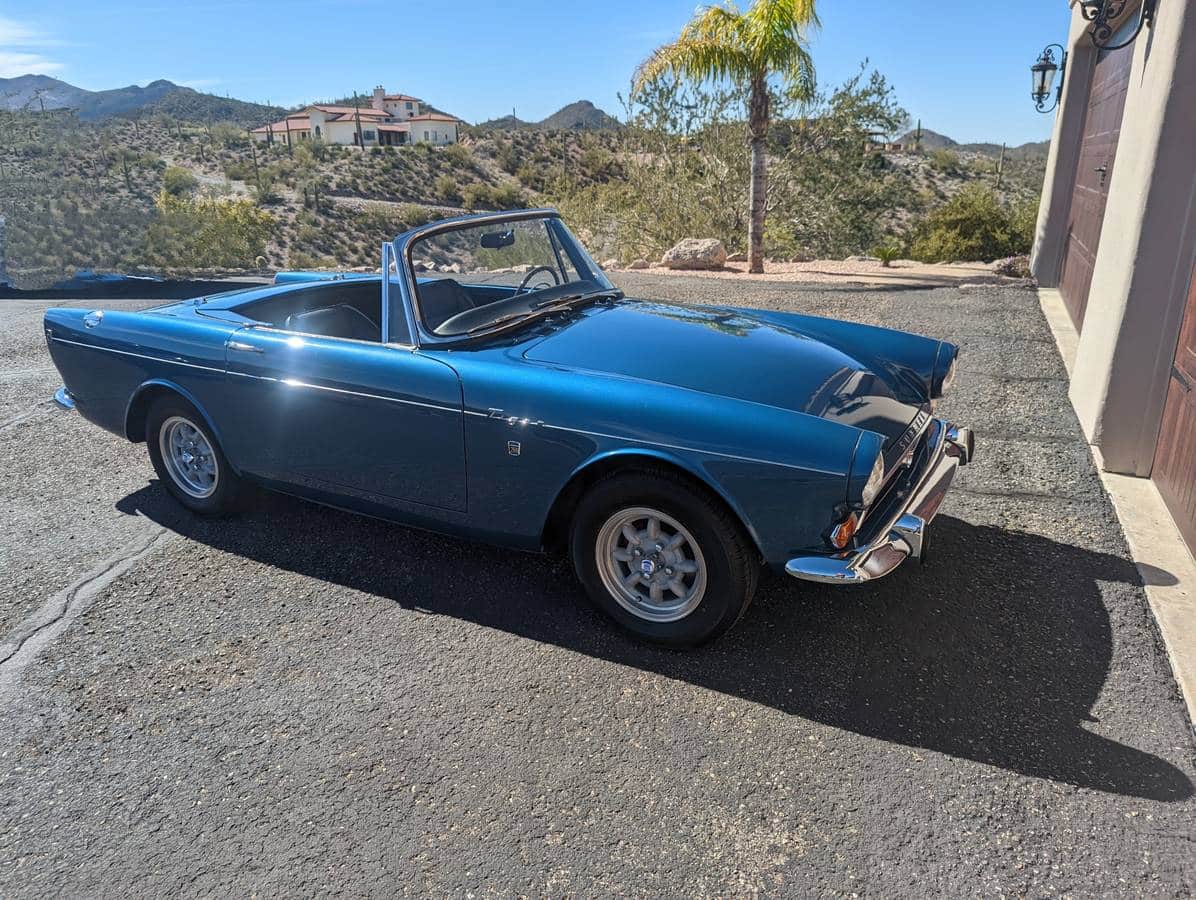 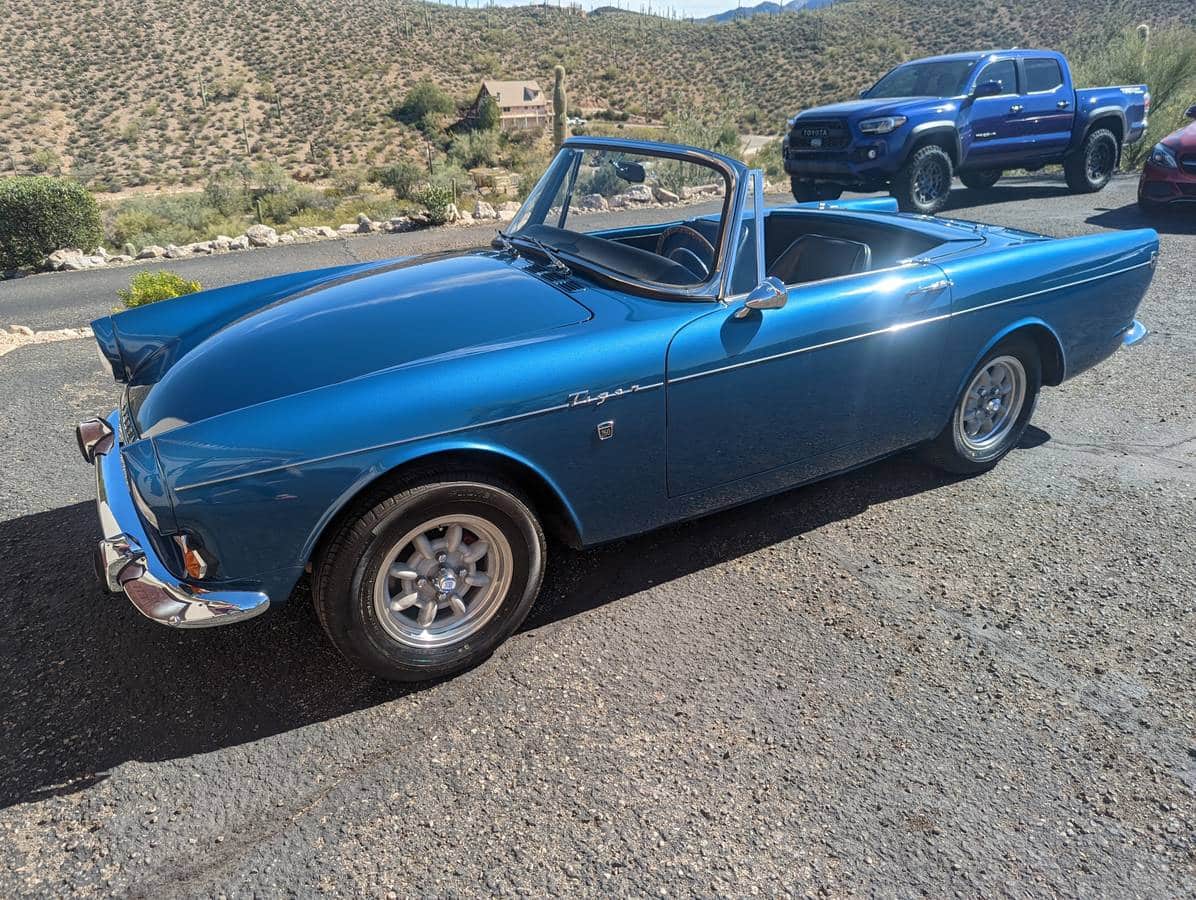 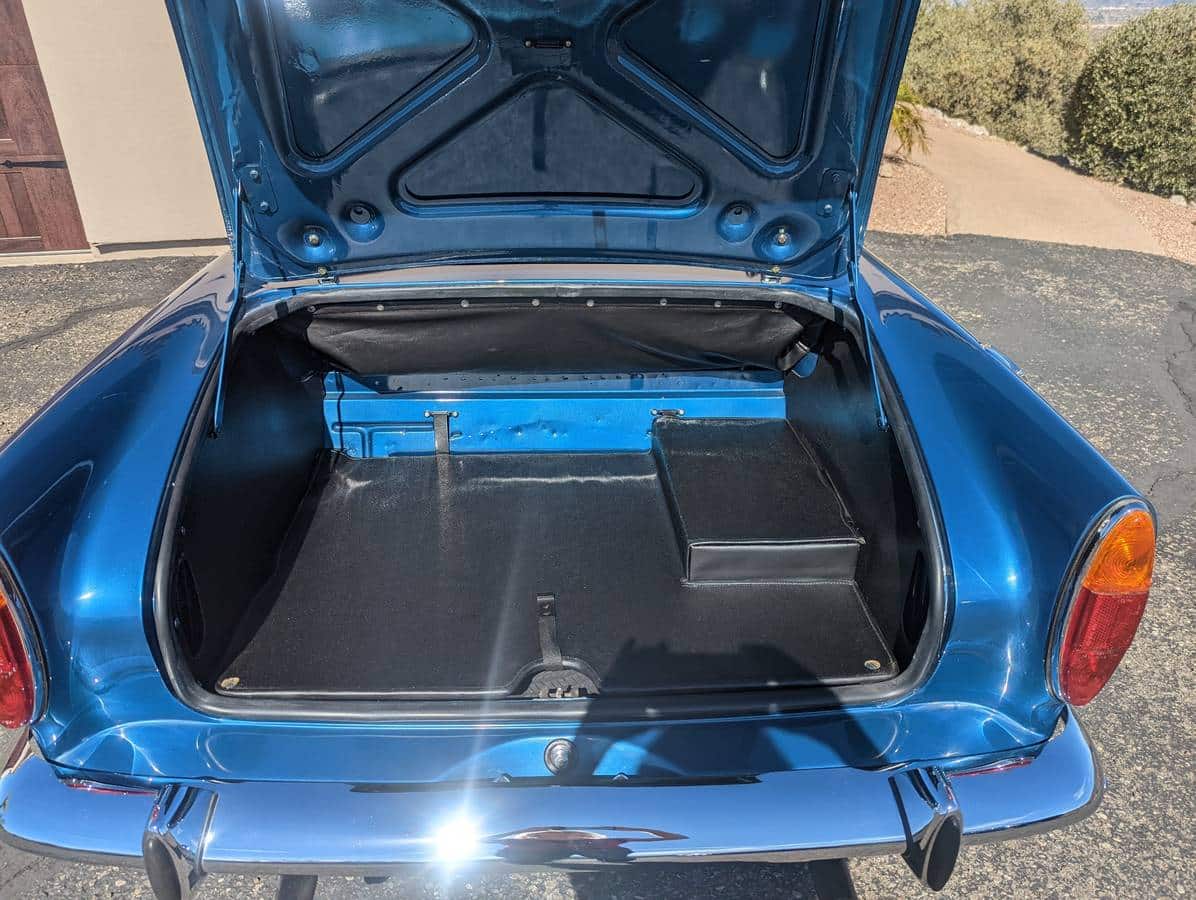 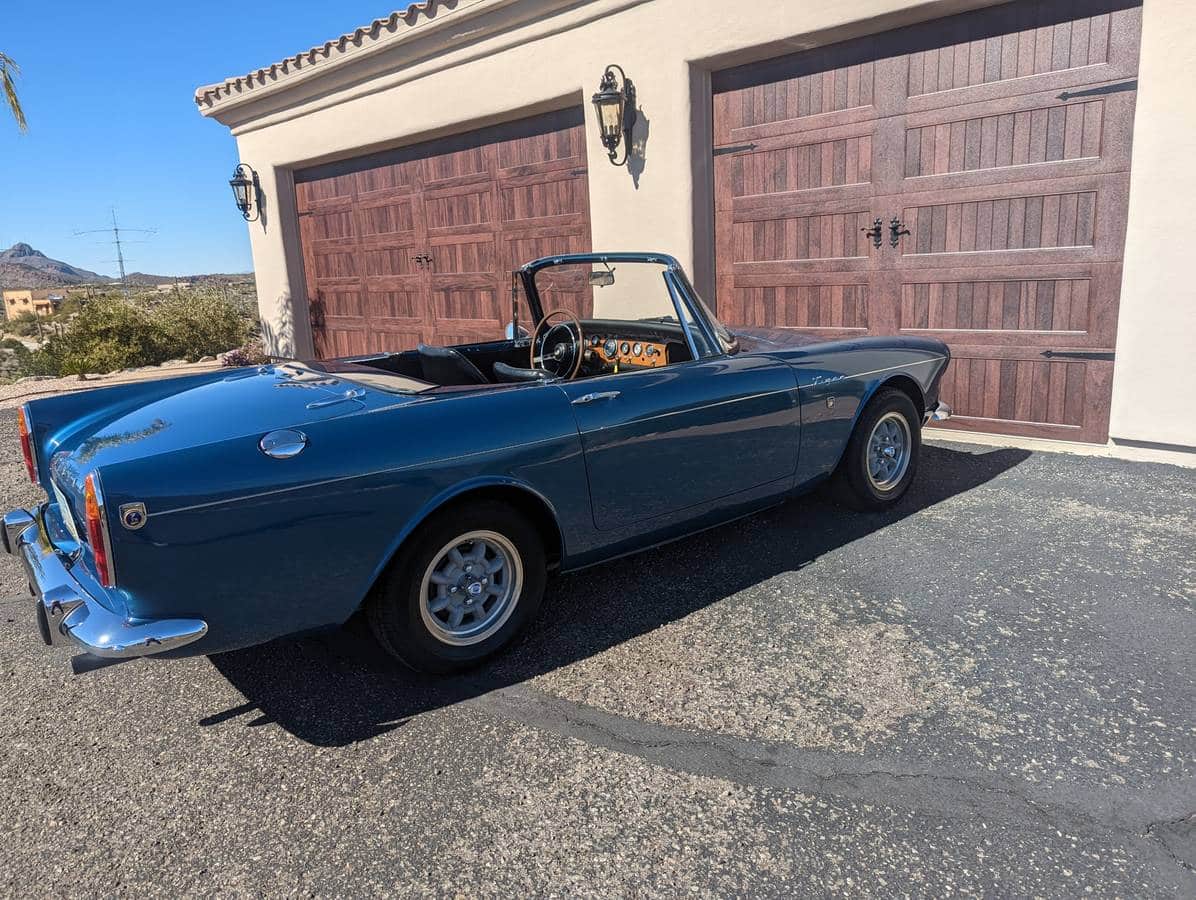 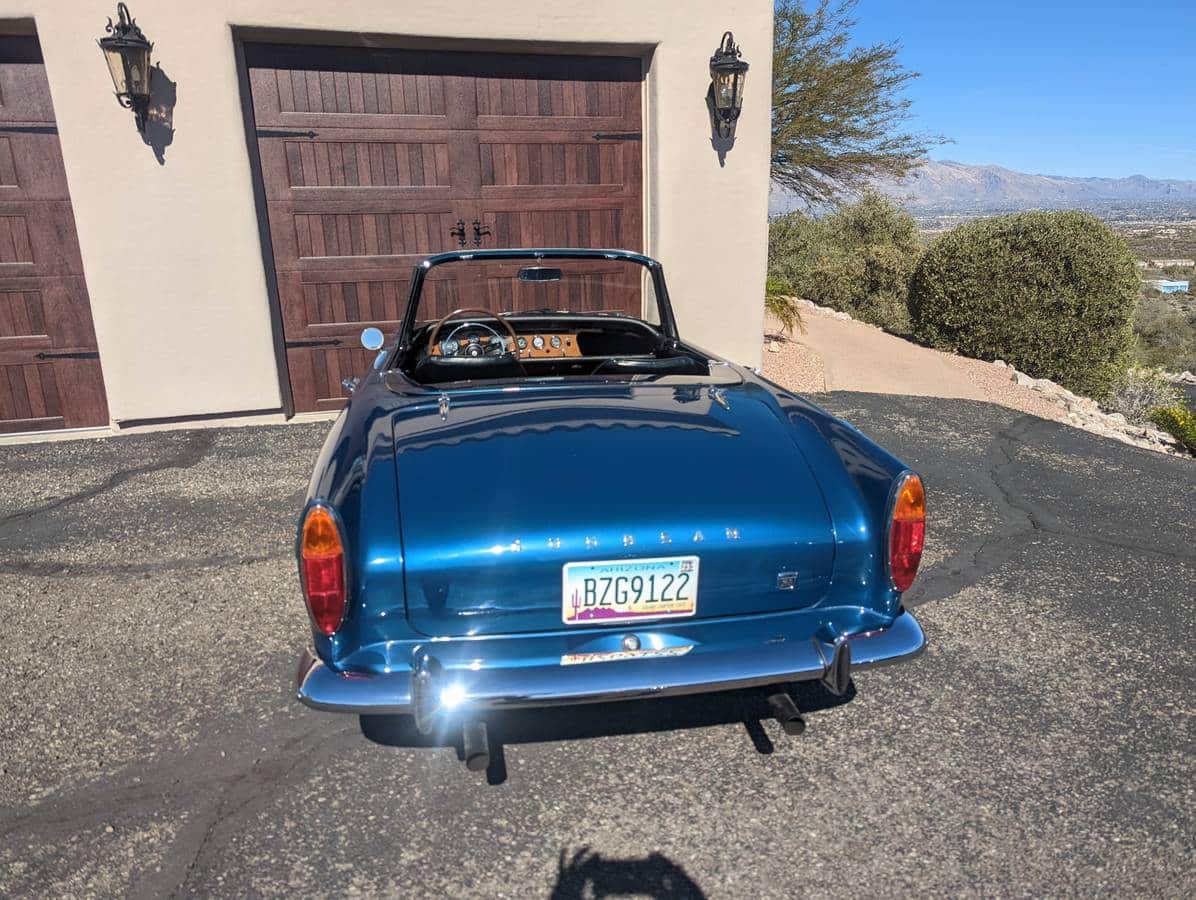 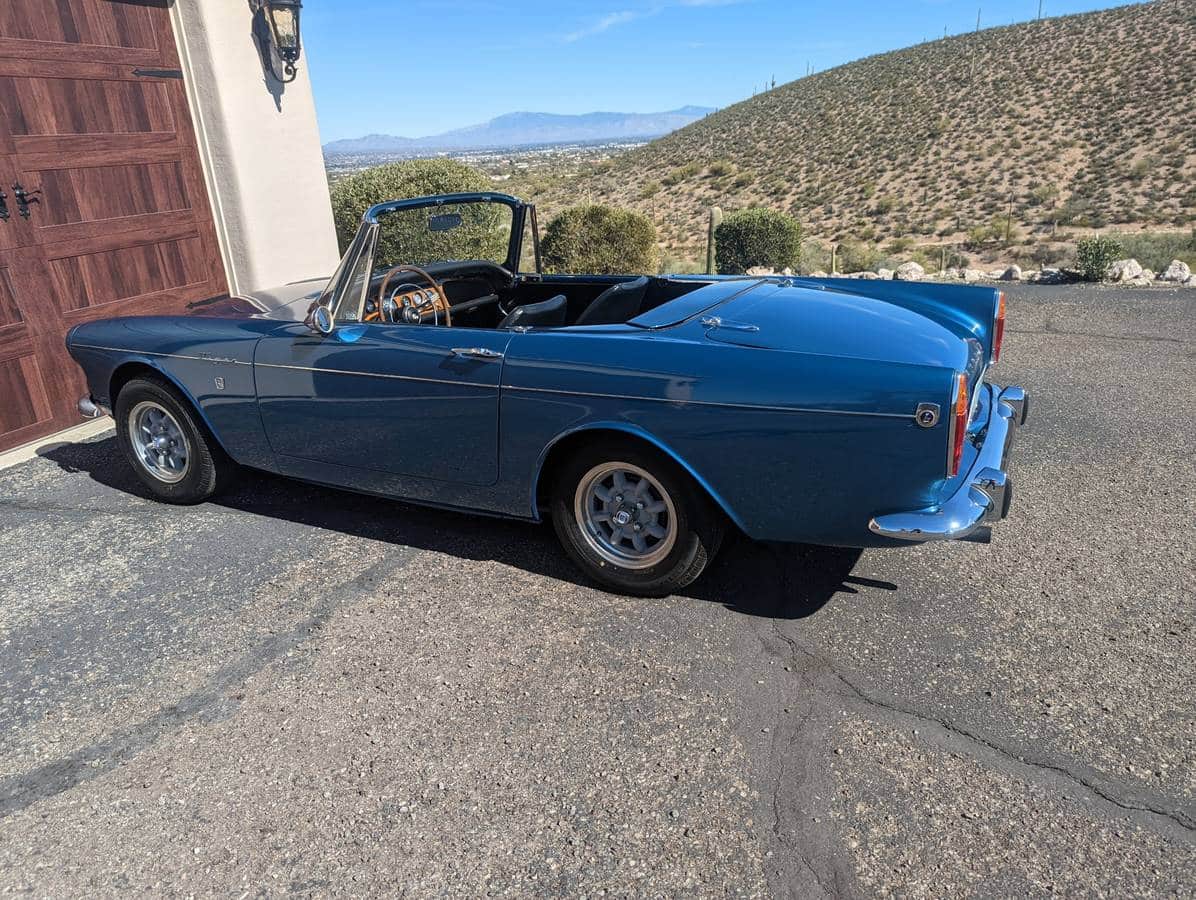 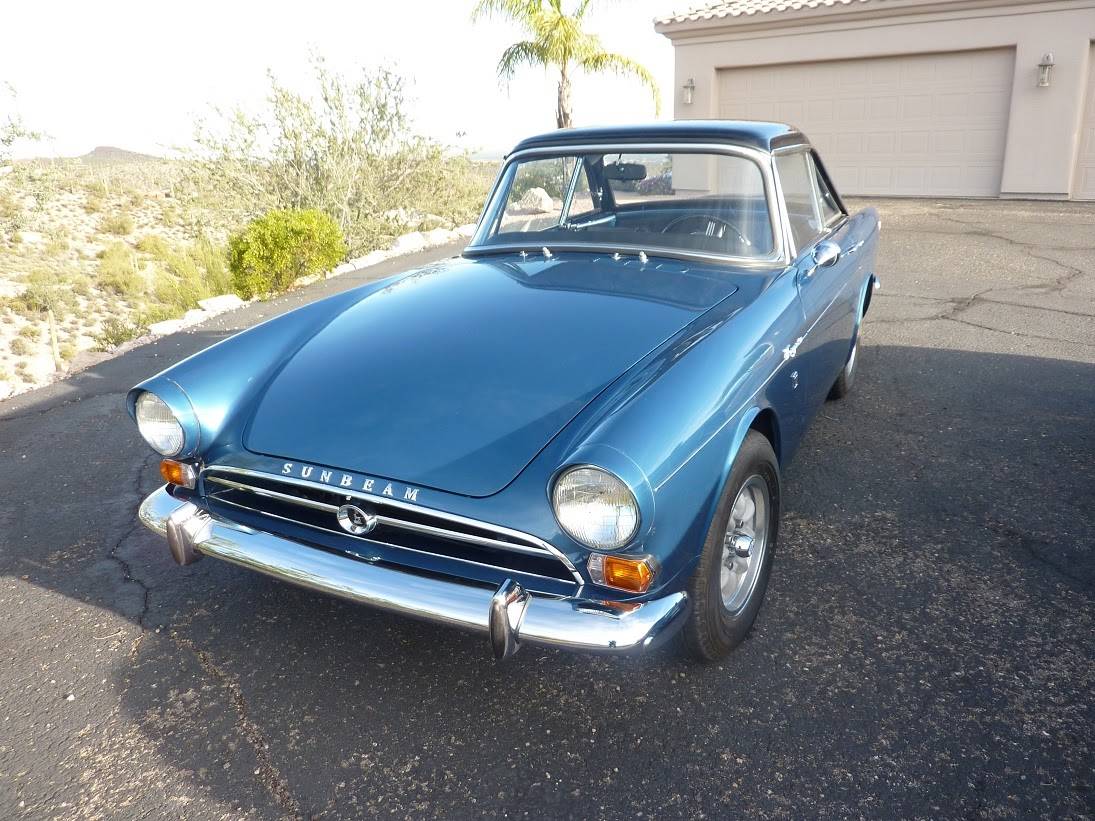 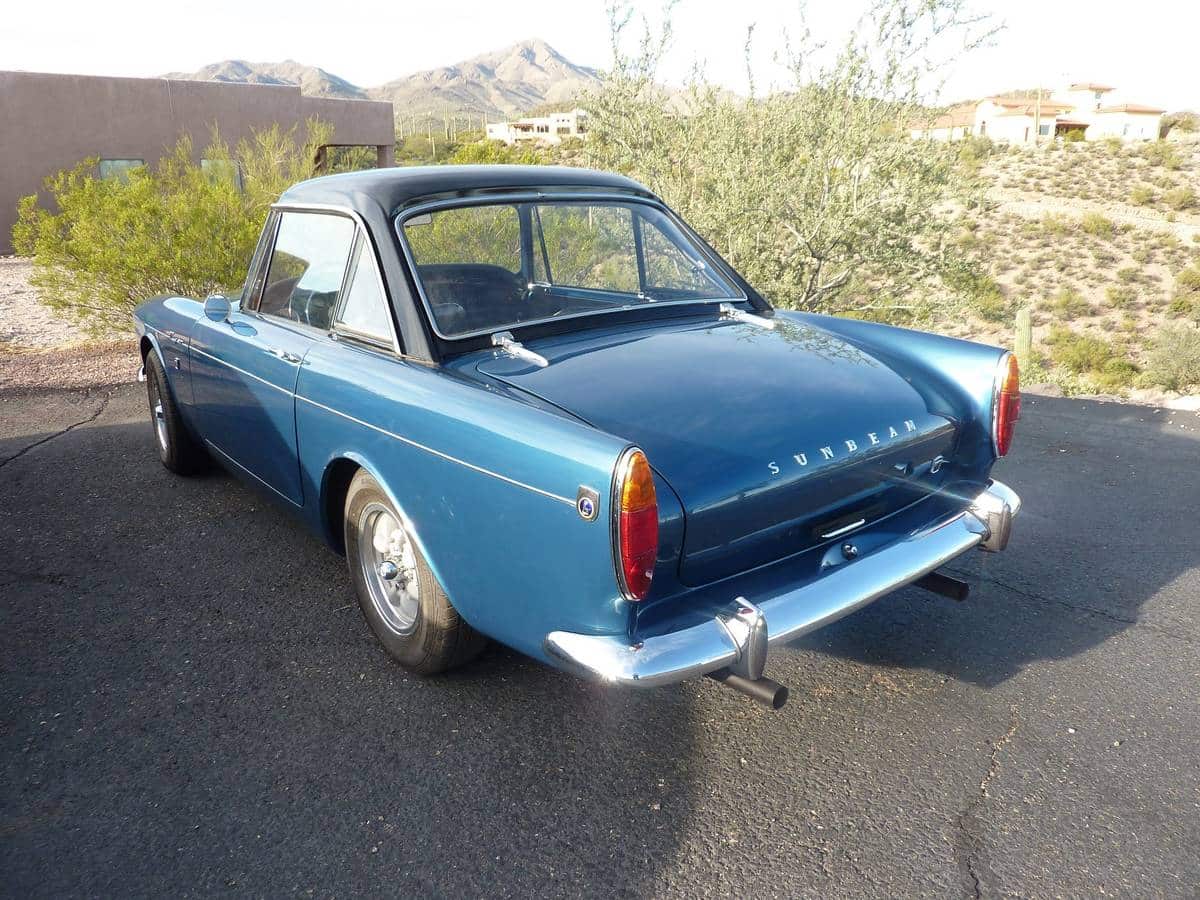 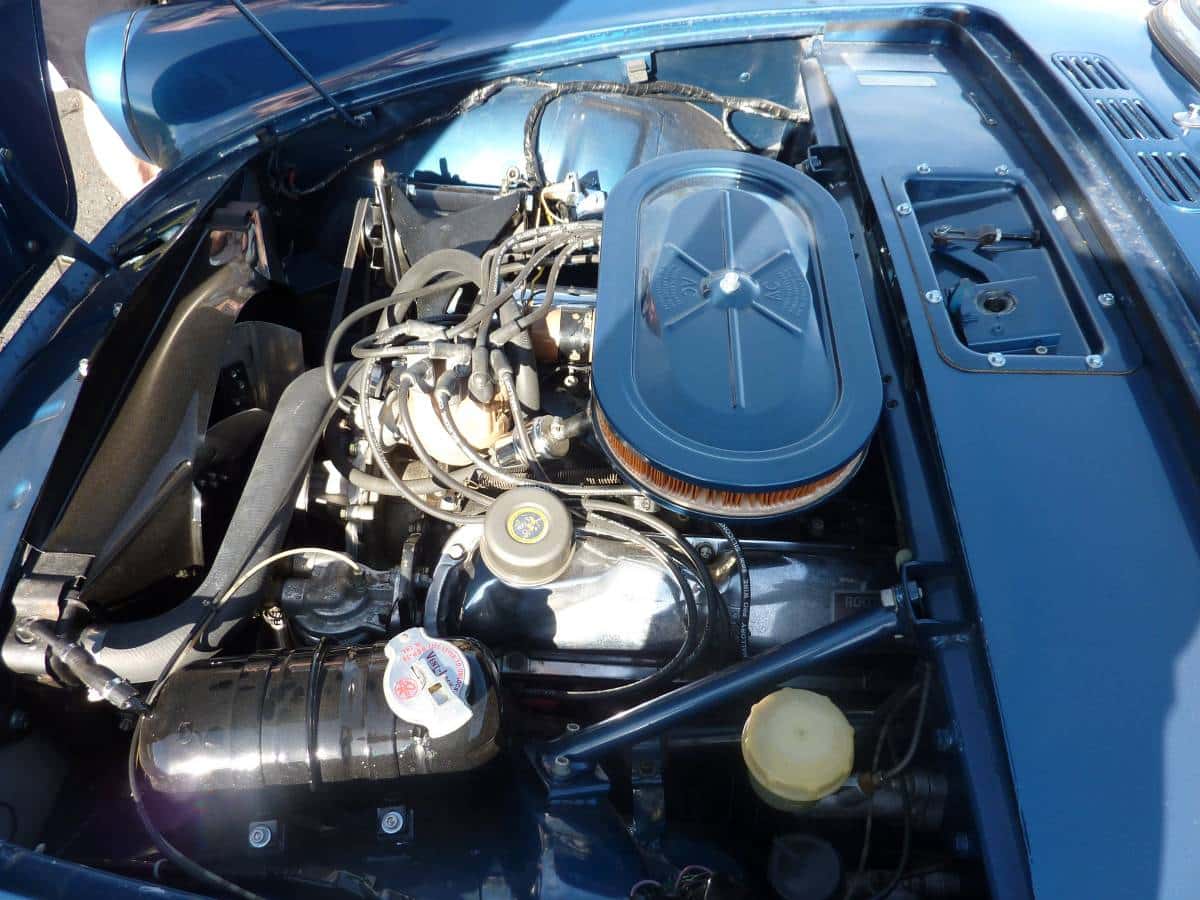 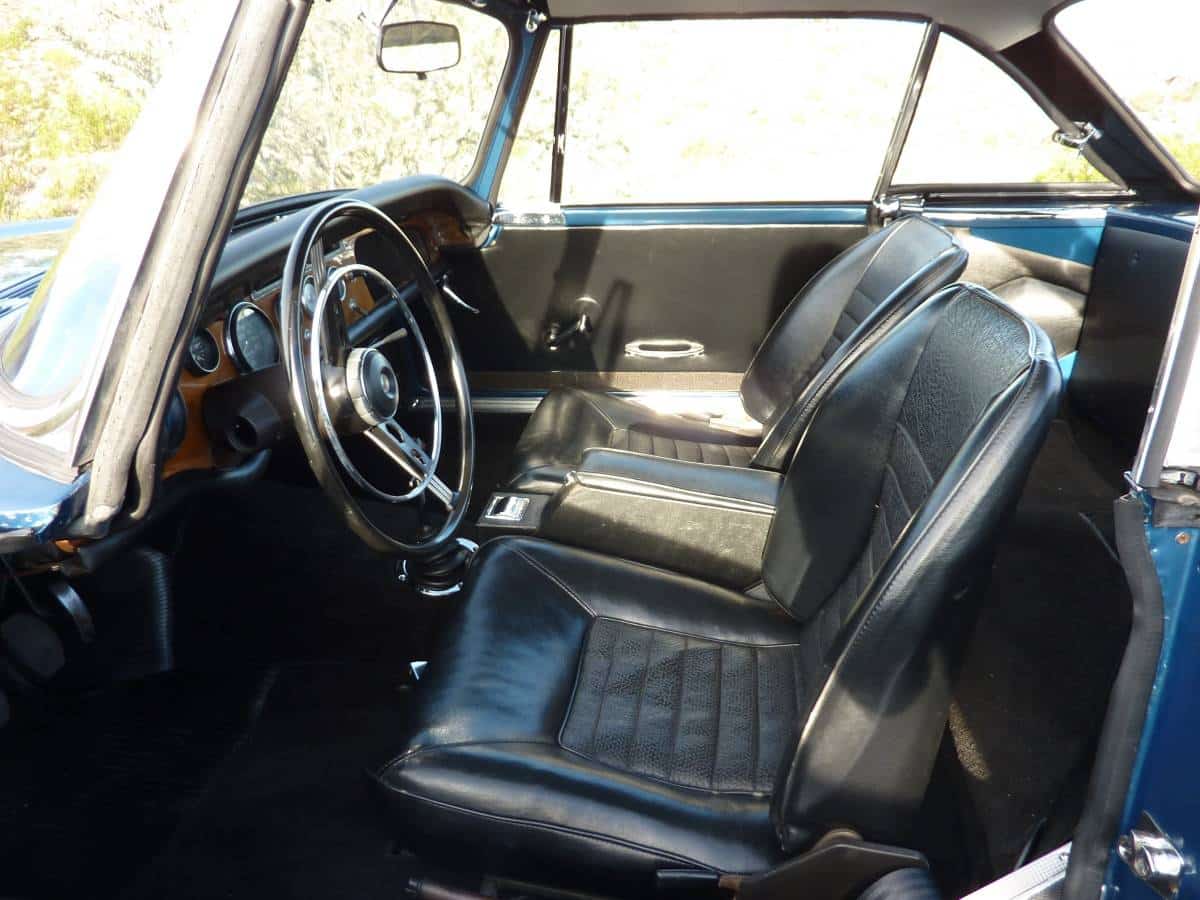 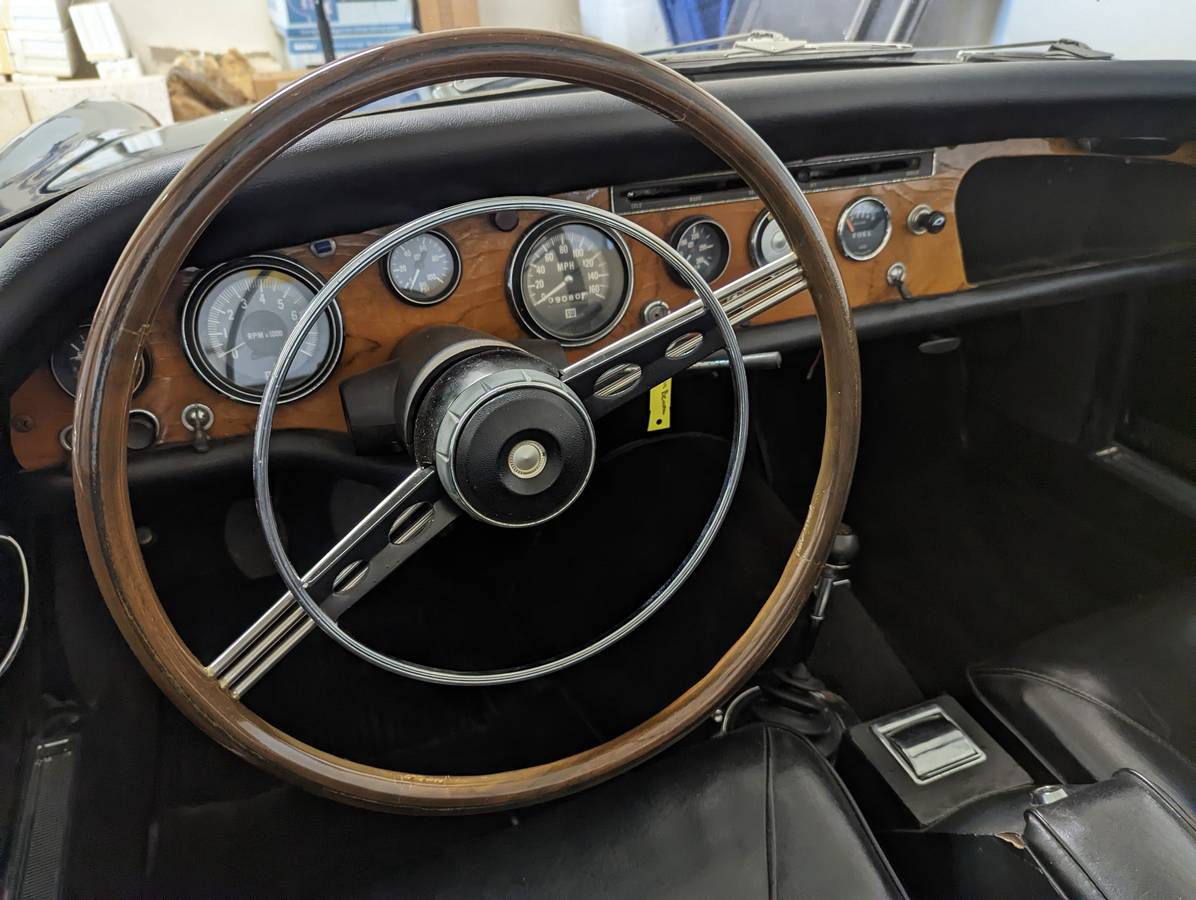 October 23, 2022, Update – We just confirmed the listing for this “Classifind” expired, so with no replacement found, we’re assuming this ride “Sold?” While this one got away, please reach out either by email or call us directly if you’d like to be informed when we come across something similar.

While we’ve featured several Sunbeam Alpines over the years, GuysWithRides never spotted a more potent V8-powered Tiger version on Craigslist before.  Most enthusiasts consider the Sunbeam Tiger competition for the Cobra, not many people may be aware that Carroll Shelby was involved with the development of the Tiger as well.  As the story goes, in 1962, racing driver and Formula 1 champion Jack Brabham proposed to Rootes competition manager Norman Garrad the idea of fitting the Alpine with a Ford V8 engine, which Garrad relayed to his son Ian, then the West Coast Sales Manager of Rootes American Motors Inc. Ian Garrad lived near Carroll Shelby’s Shelby American operation, which famously performed V8 conversions for the British AC Cobra.

After providing an impressive prototype (known as the Thunderbolt) for $10,000 to Rootes, Shelby hoped to get the contract to produce the Tiger in America. Unfortunately, Rootes, uneasy about the closeness of his relationship with Ford, elected to build the car in England.  Any disappointment Shelby may have felt was tempered by an offer from Rootes to pay him an undisclosed royalty on every Tiger built.

The seller of this 1965 Sunbeam Tiger originally listed in September 2022 On Craigslist in the northwest area of Tuscon reports their car, built in December 1964, was one of the first to come off the Jensen production line. The car also features a completely balanced and blueprinted drivetrain.

Currently offered for $63,000, Classic.com, the analytics and search engine for the collector car market, confirms the ask is slightly below the one-year rolling average of this guide’s summary for Mk1 Sunbeam Tigers produced between 1964 and 1967.  By clicking on the green dots in the graph below, you can navigate to each comparable car sold as a way to help you evaluate the price of the Tiger featured here:

British Automobile manufacturer Rootes Group offered the Tiger a high-performance, V8-powered version of its four-cylinder Alpine sports car.  Two versions of the Tiger were built: the Mk I, produced from 1964 through 1967, featured Ford’s 260 cubic inch V8; the Mk II, of which only 633 were built in the final year of Tiger production, featured Ford’s 289 cubic inch V8. Mk 1 versions produced 164 brake horsepower, sufficient to give the cars a 0–60 mph time of 8.6 seconds and a top speed of 120 mph.

Apart from the bigger engine, the changes to the Mark II Tiger were largely cosmetic.  The Girling-manufactured brakes used discs at the front and drums at the rear. The front suspension featured independent coil springs, while the live rear axle was supported by leaf springs. Apart from the addition of a Panhard rod to better locate the rear axle and stiffer front springs to cope with the weight of the V8 engine, the Tiger’s suspension and braking systems are identical to that of the standard Alpine.  The fitting points for the Panhard rod interfered with the upright spare wheel in the boot, which was repositioned to lie horizontally beneath a false floor. Engineers moved the battery from beneath the rear seat to the boot at the same time. The car’s curb weight increased from 2,220 pounds of the standard Alpine to 2,653 pounds.

In 1964, its first year of production, all but 56 of the 1649 Mark I Tigers assembled were shipped to North America, where it was priced at $3499. To increase its marketability to American buyers the car was fitted with “Powered by Ford 260” badges on each front wing beneath the Tiger logo.  Production ended in 1967, soon after the Rootes Group was taken over by Chrysler, which did not have a suitable engine to replace the Ford V8. Owing to the ease and affordability of modifying the Tiger, few remaining cars are in standard form.

The Jay Leno’s Garage YouTube Channel features this great overview of the Sunbeam Tiger as well as some great footage of what it’s like to drive one:

Sunbeam Tigers do not come up for sale very often on Craigslist, and this restored and sorted example, complete with an optional hardtop, appears to be a nice example we predict will not last long on the market.

“This is a 1965 MKI Sunbeam Tiger, it was built December 29th 1964, and delivery began in 1965. This Tiger is a MKI number 1753. It was originally delivered to California; It was sold in 1966, so the title says 1966. The second owner purchased the Tiger in 1974. They had it for 44 years. I am the third owner.
This Tiger MKI was one of the first examples to roll off the assembly line of Jensen Motors. The car has a removable hardtop and original engine. The Car has been given a complete rebuild of the engine, and transmission. The motor was balanced and blue printed, TRW pistons, cam and values and screw-in rocker arm studs. The car has a small Holly 4-barrel carburetor, LAT Headers, LAT traction bars, LAT front and rear sway bars, new radiator and a high-volume fan. The car has period-correct black carpets, upholstery, and a blue paint scheme. The car has accumulated 8990 miles since the drive train was rebuilt. Total miles on the Tiger from new are approximately 24,000.
Most recently in the last year, the brake cylinders, pads, shoes, and clutch cylinders have been replaced. Bumpers re-chromed and rubber weather stripping replaced. All of the original parts will be included, exhaust manifolds, brake servo, intake manifold etc.
The paint is in great condition, never left outside. The tires are new, wheels have been soda blasted and polished. The shelf in the trunk is new. Runs great. New owner will be very happy. The hard top is also flawless.
Please email with questions, will coordinate with your shipper, this is a used vehicle, no warranty is provided, sold as is.​“

Show or go: What would you do with this 1965 Sunbeam Tiger?  Please comment below and let us know!