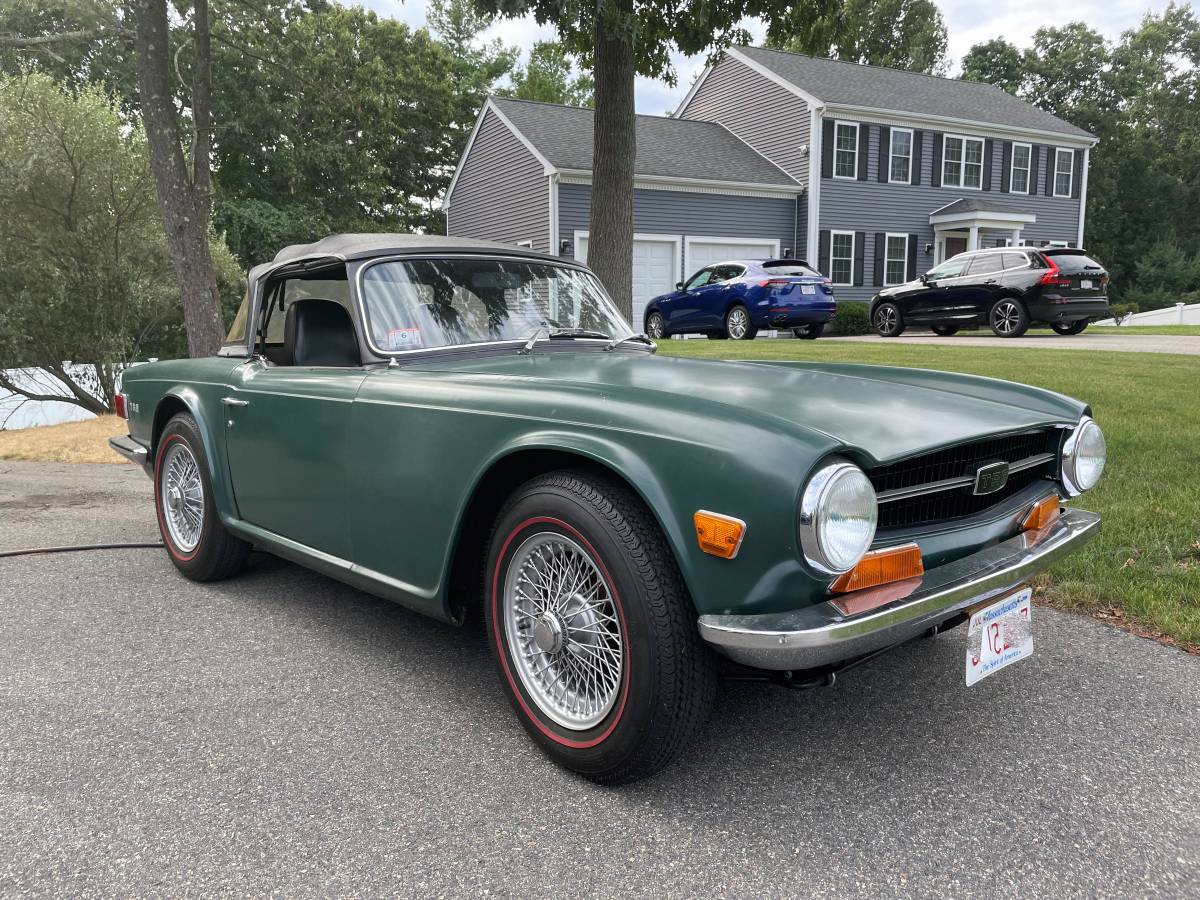 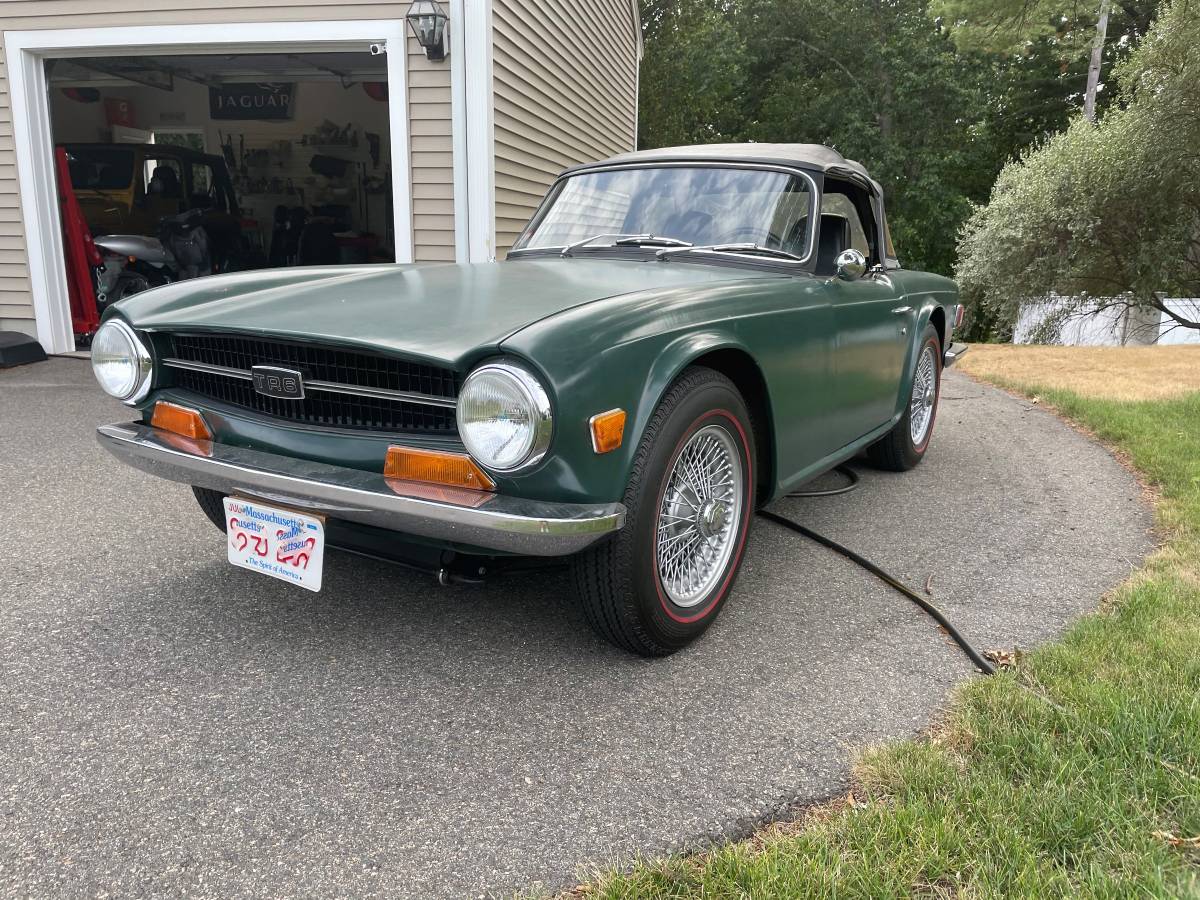 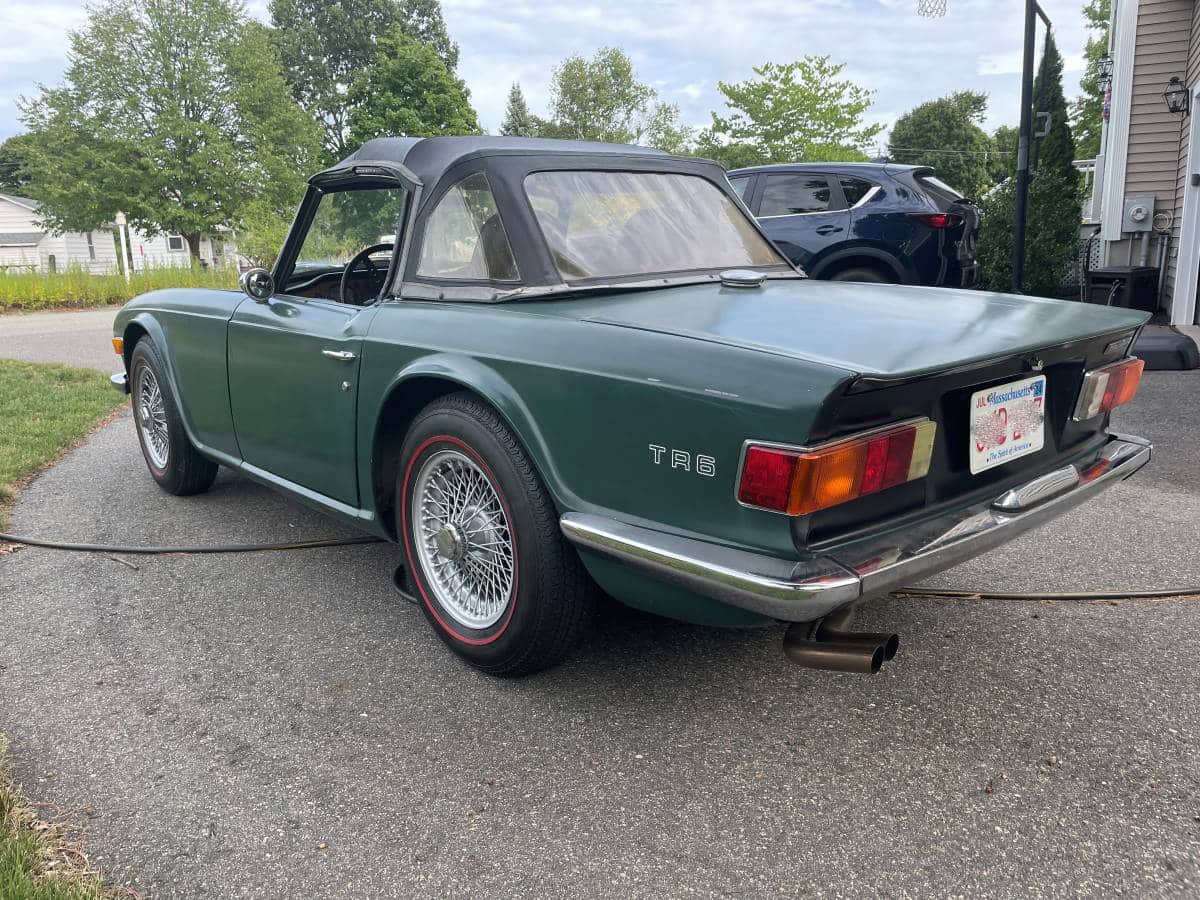 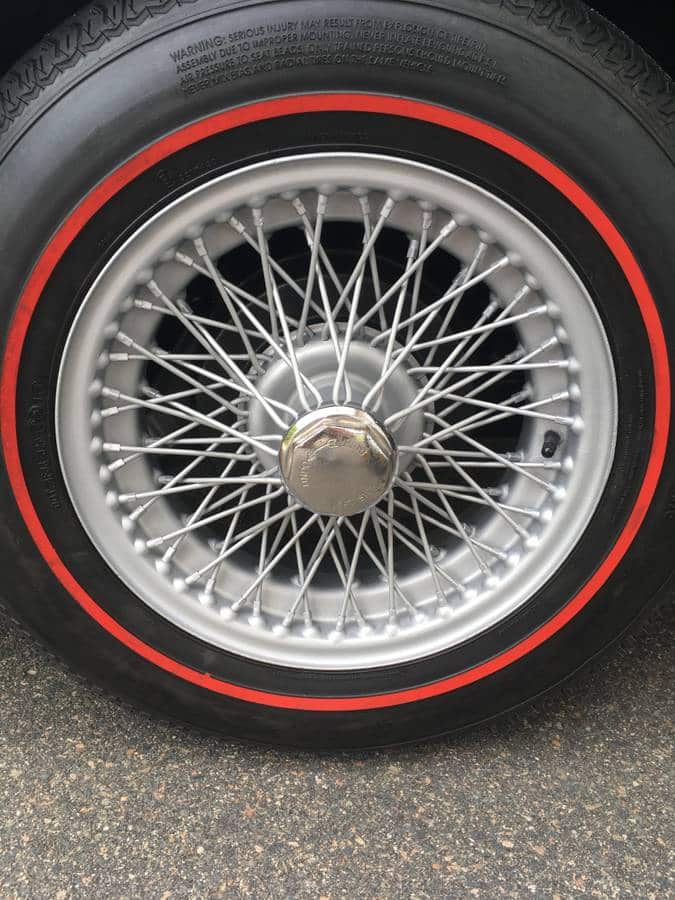 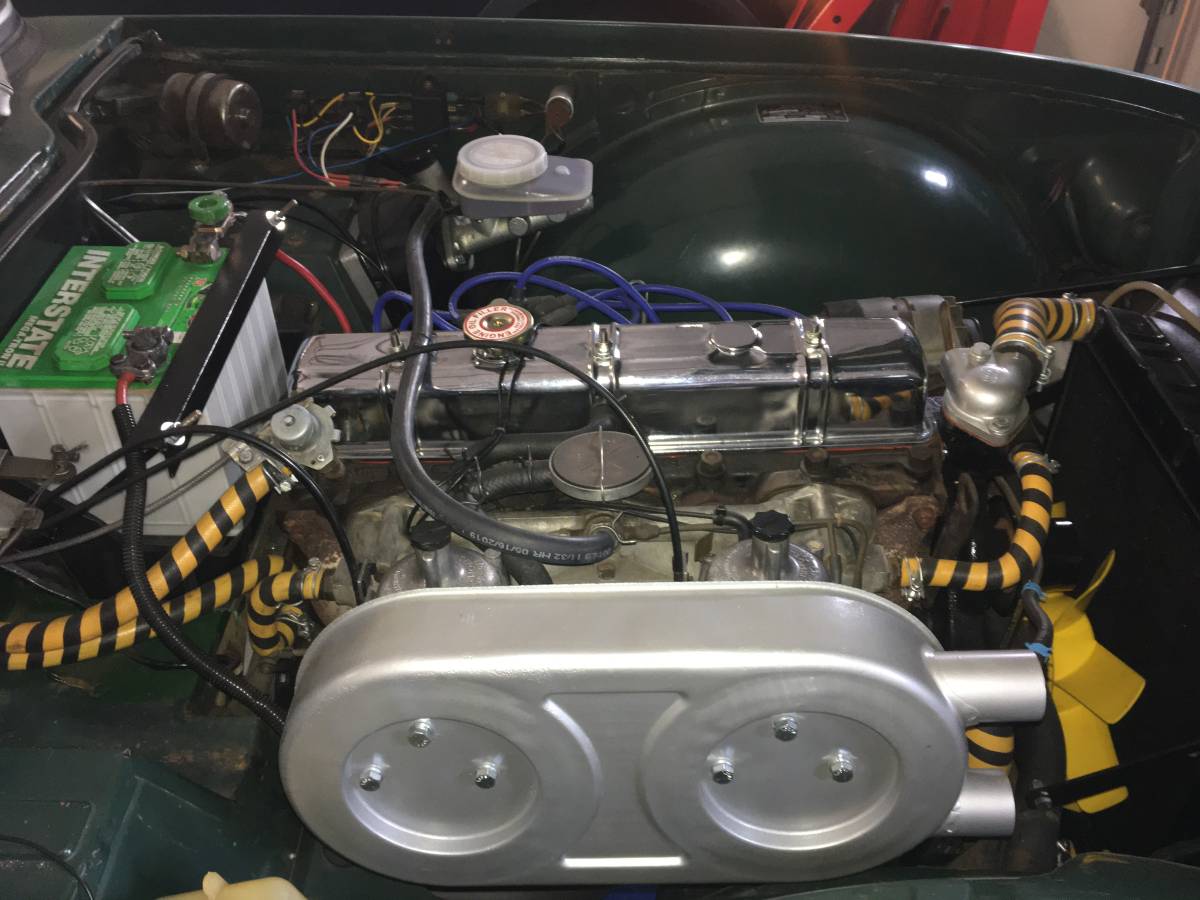 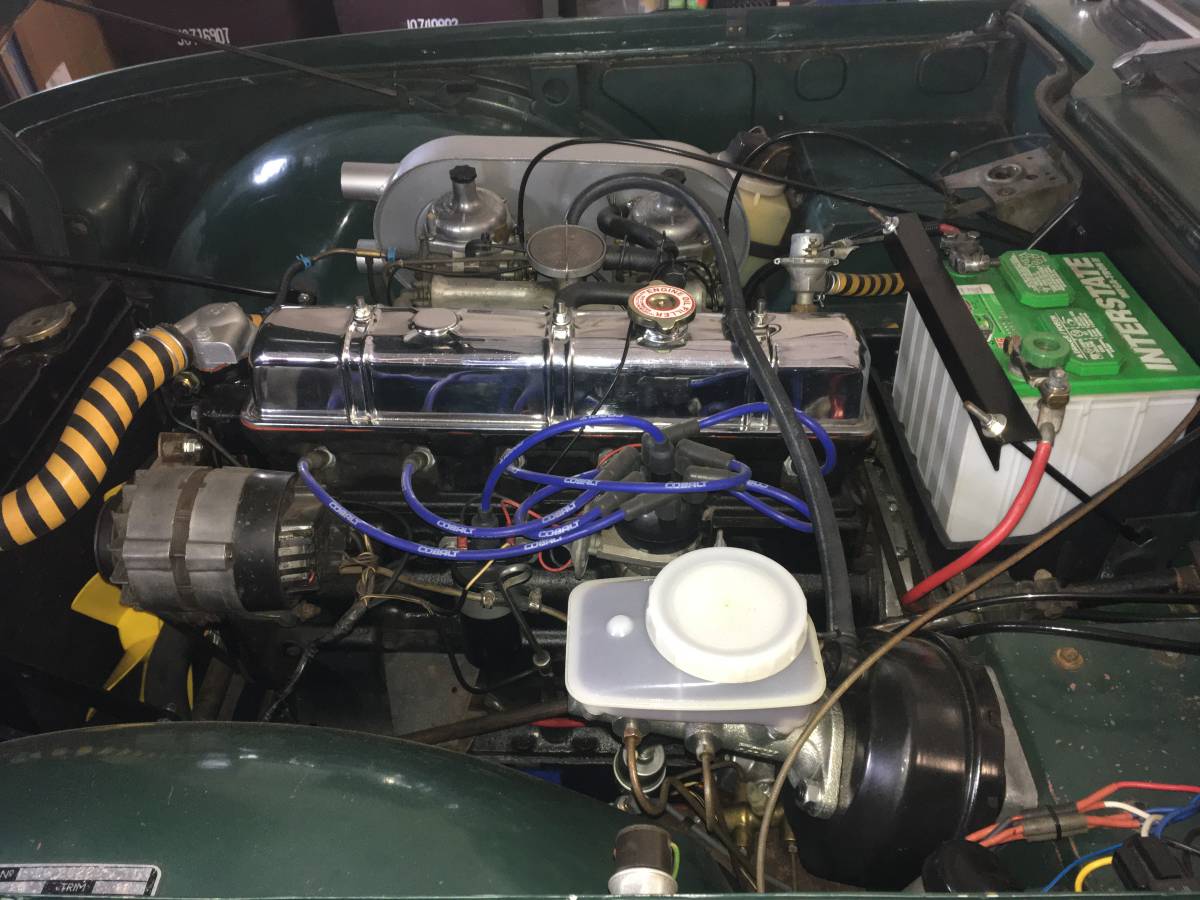 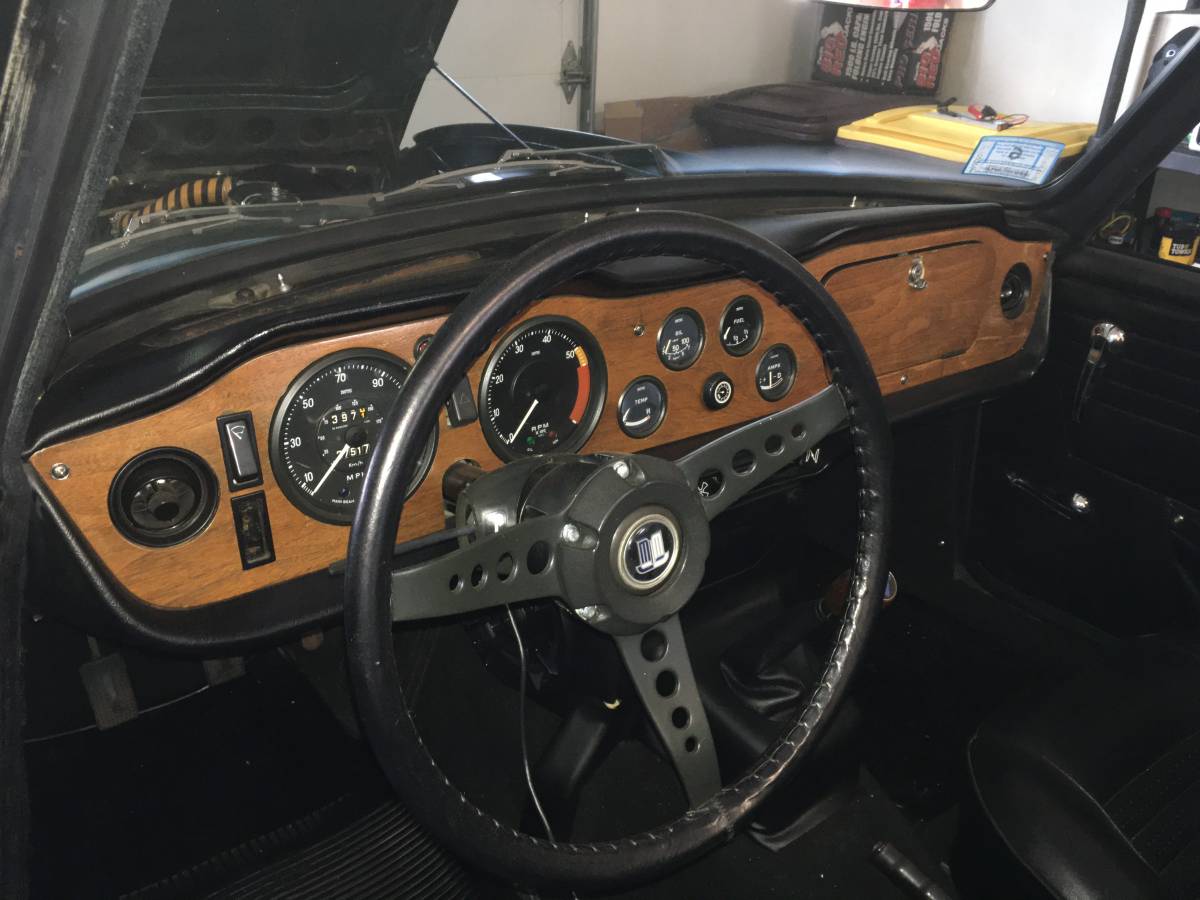 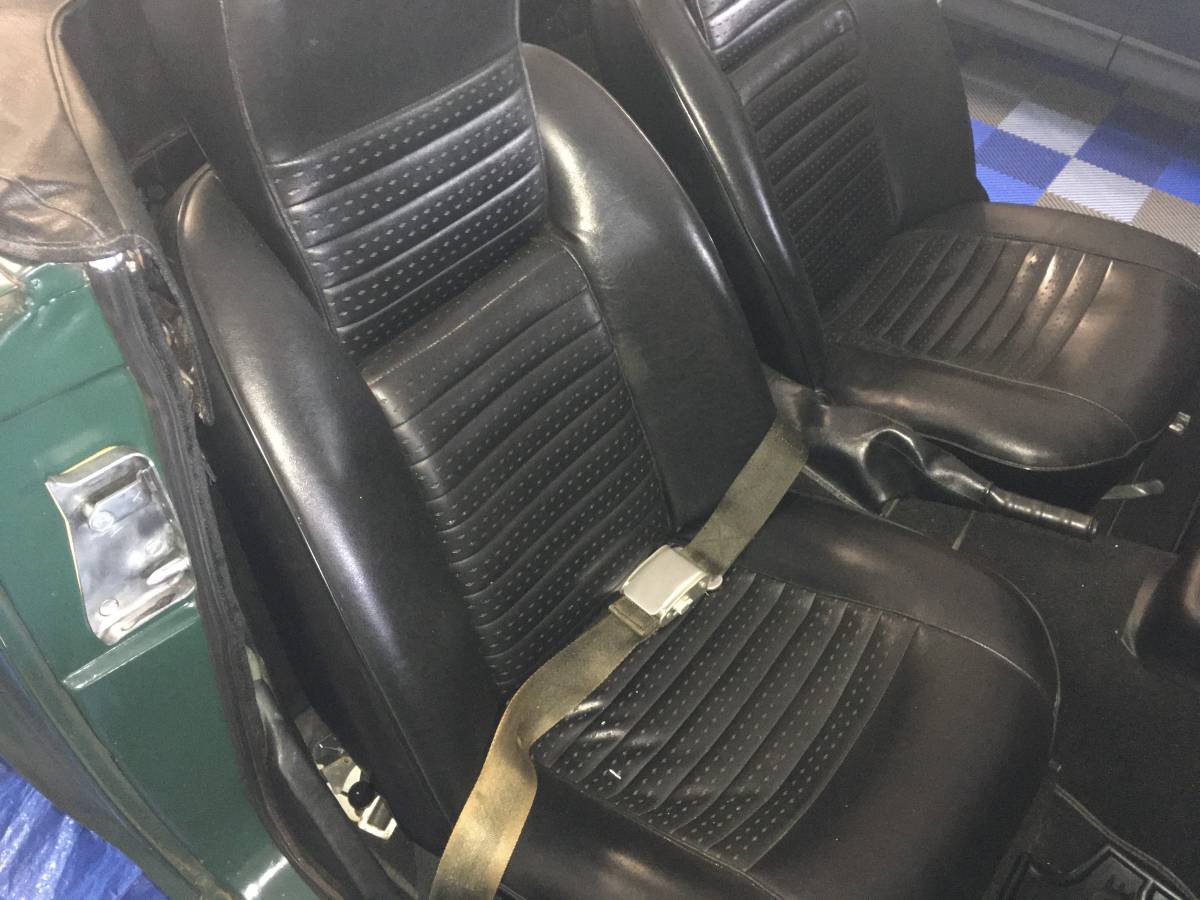 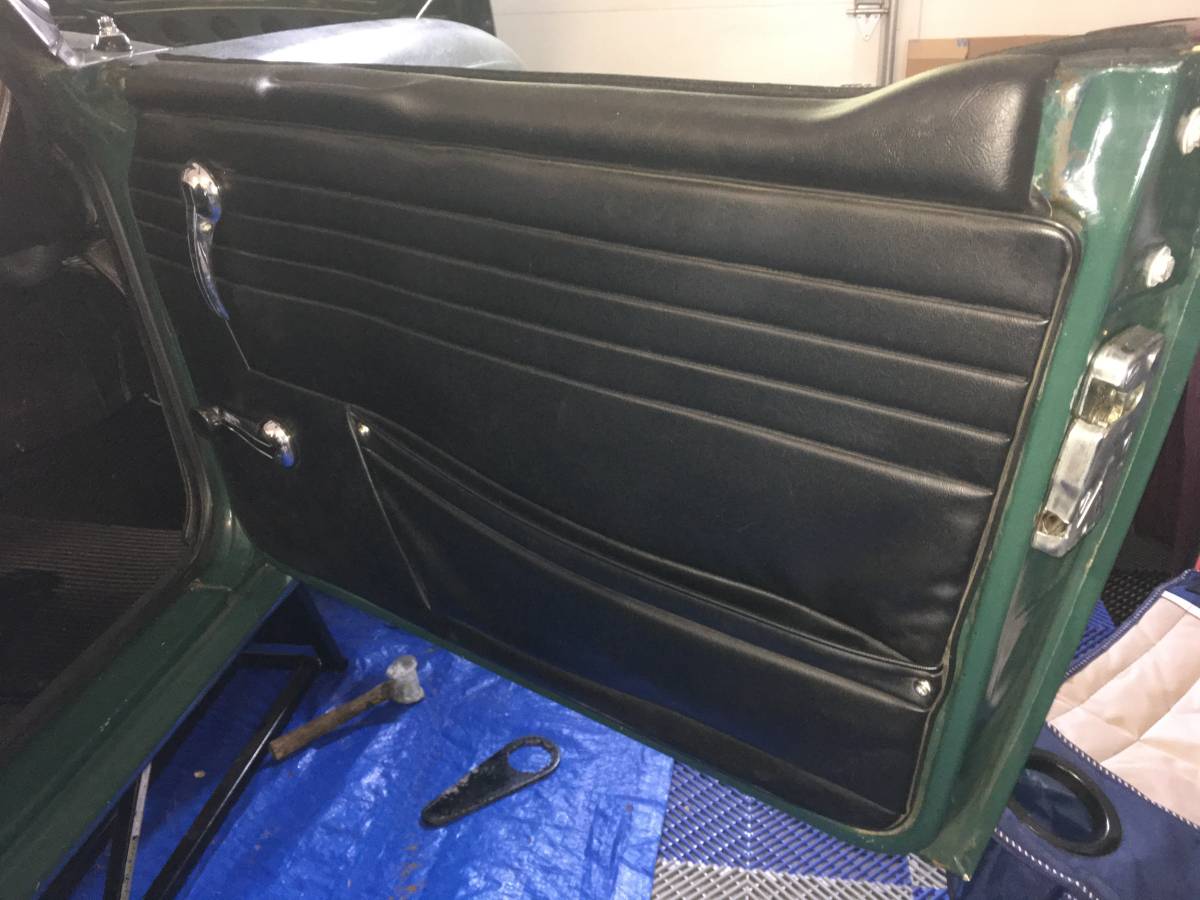 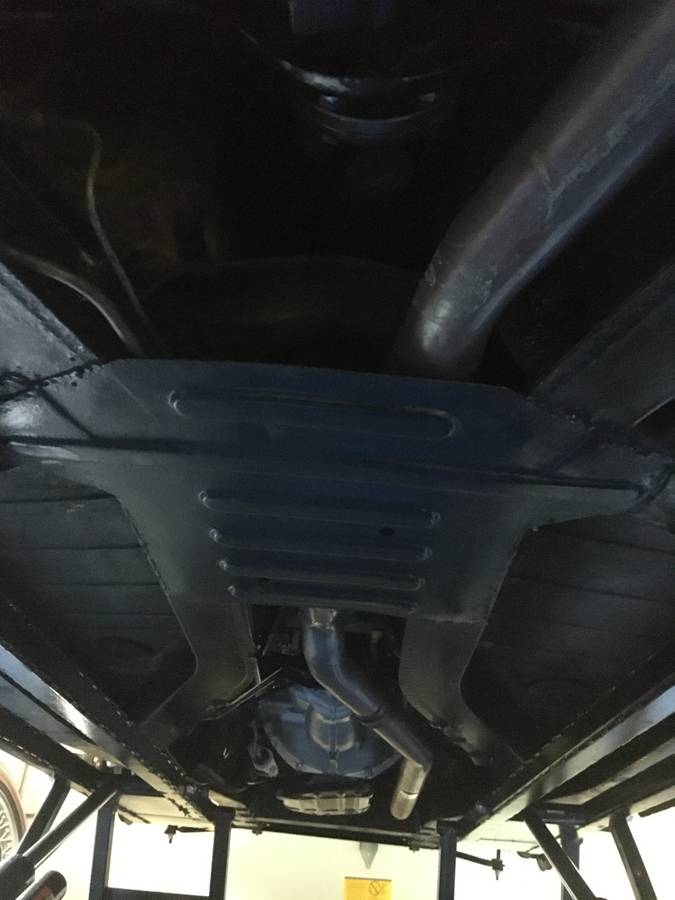 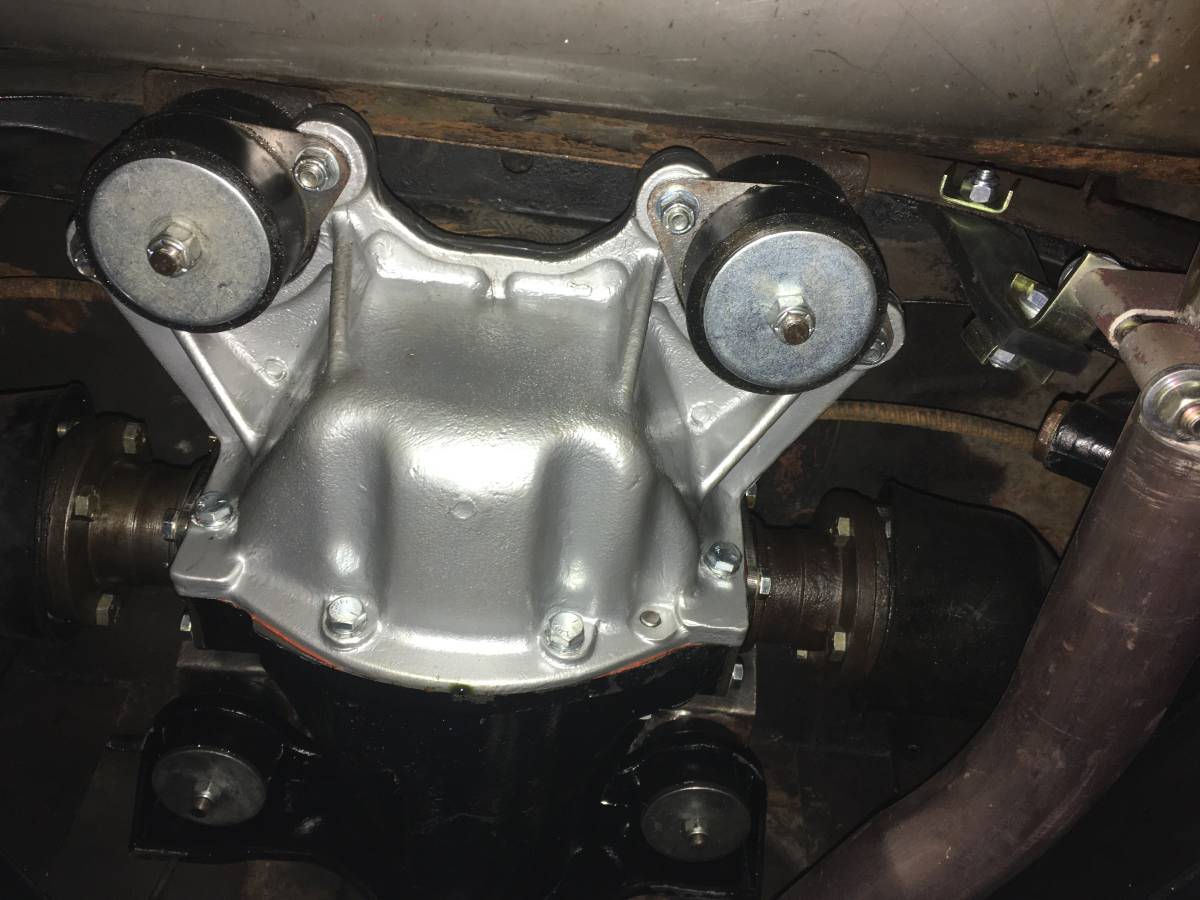 October 29, 2022, Update – We just confirmed the listing for this “Classifind” expired, so with no replacement found we’re assuming this ride “Sold?” While this one got away, please reach out either by email or call us directly if you’d like to be informed when we come across something similar.

September 26, 2022 Update – The seller just replaced their expiring Craigslist ad with a fresh listing. In it, the pictures, description, and $15,500 asking price all remain the same.

Seventy-two spokes, silver paint, and octagonal nuts define a rare option on Triumph TR6 sports cars. 1969 was the first model year of Triumph’s TR6. This British Racing Green over black example, originally listed in August 2022 on Craigslist in Weymouth, Massachusetts, features this rarely-seen wheel option.  The highly detailed engine and undercarriage are offset somewhat by what appears to be faded paint.  You’ll need to confirm with the seller whether the current paint is original to the car and whether they’ve already attempted to restore the color’s sheen.  We’ll take a faded paint job on a straight, rust-free body all day long as this TR6 appears to be nicely sorted for immediate use for the balance of sports car season.

Once offered for $19,500, Classic.com, the analytics and search engine for the collector car market, confirms the ask is slightly above the one-year rolling average of this guide’s summary for 1969 Triumph TR6s.  By clicking on the green dots in the graph below, you can navigate to each comparable car sold as a way to help you evaluate the price of the sports car featured here:

As a second data point, the  Collector Car Market Review Online Tool reveals the seller’s ask falls between this guide’s #3 “Good” estimate of $13,200 and its #2 Very Good” estimate of $22,300 before factoring in a five percent premium for the desirable wire knock-off wheels.

British car maker Triumph Motor Company launched its TR6 sports car in January 1968 as a 1969 model. German coachbuilder Karmann designed the TR6s exterior styling.  Triumph Motor Cars had a limited budget for the development of the TR6, and while the TR6 looked drastically different from the previous body style of the TR4/TR4A/TR250/TR5 cars, the same chassis, engines, running gear, doors, windshield, and much of the body tub was taken directly from the TR250/TR5 models. The new optional removable hardtop for the TR6 was designed in-house by Triumph.

Construction of the TR6 was traditional body-on-frame with four-wheel independent suspension, front disc brakes, and rear drums.  All TR6s were powered by Triumph’s 2.5-litre straight-6 engine.  The TR6 featured a four-speed manual transmission. An electrically-switched overdrive made by Laycock de Normanville was available as an option. In early cars, the “A-type” model overdrive was used and was able to be activated on second, third, and fourth gears and provided a 22% gear ratio reduction. Later TR6s had a “J-type” model overdrive able to be activated only on third and fourth gears but with a 28% gear ratio reduction.

Other notable features that were shared with the TR250/TR5 included aluminum semi-trailing arm independent rear suspension, rack and pinion steering, pile carpet on floors and trunk/boot, bucket seats, full instrumentation, 15-inch wheels, and depending on the market, Michelin asymmetric XAS tires that dramatically improved the handling. The optional steel hardtop required two people to deploy. The dashboard was a light shade of flat cut walnut veneer over plywood with a thick coating. Overdrives and hardtops were more commonly selected options, whereas a rear anti-roll bar, limited-slip differential, and wire wheels were rarely chosen by new buyers.

What really attracted us to this 1969 Triumph TR6 for sale was the amount of underhood and undercarriage detailing combined with the seller’s description of everything that’s been completed to sort this sports car.  If you prefer a sorted sports car with a faded paint job versus a prettier car needing repairs, this may be the TR6 for you.

Show or go: What would you do with this 1969 Triumph TR6?  Please comment below and let us know!