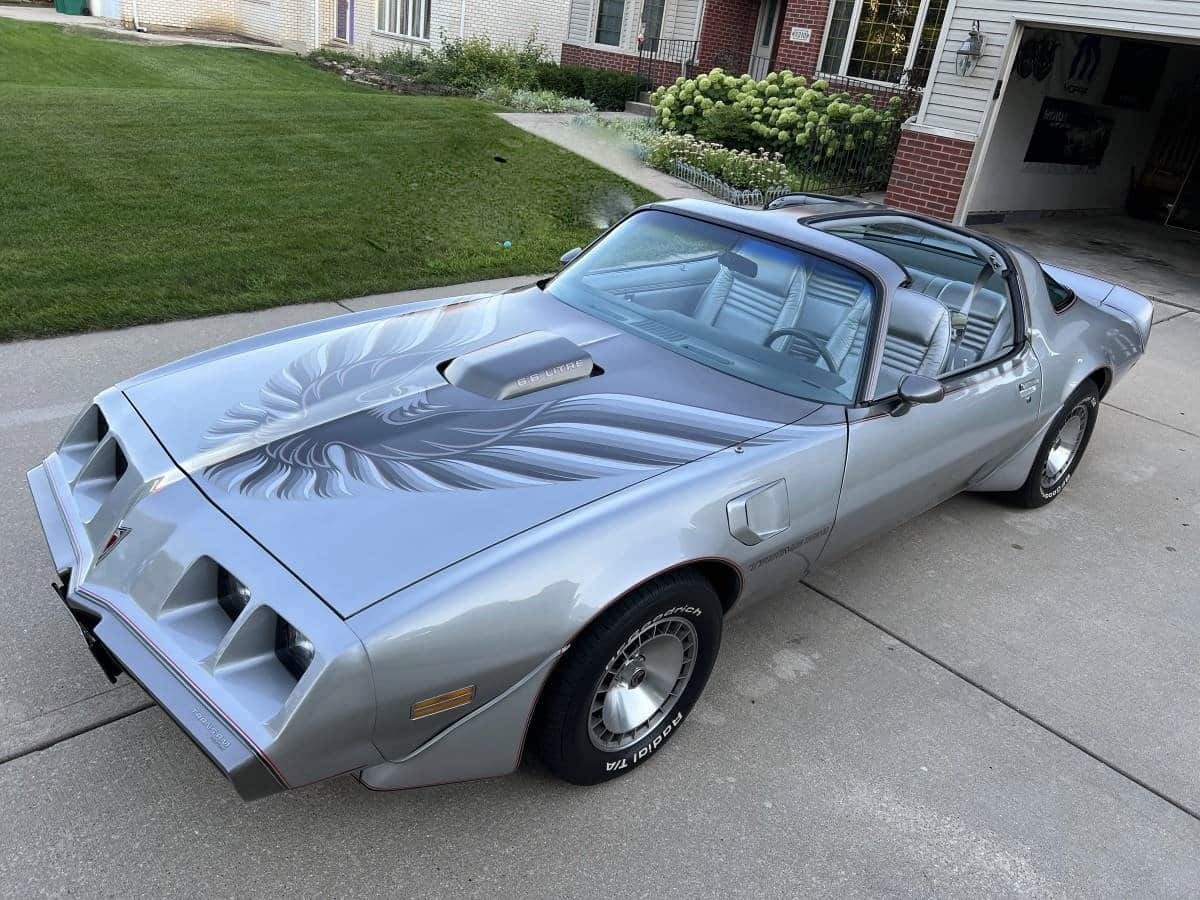 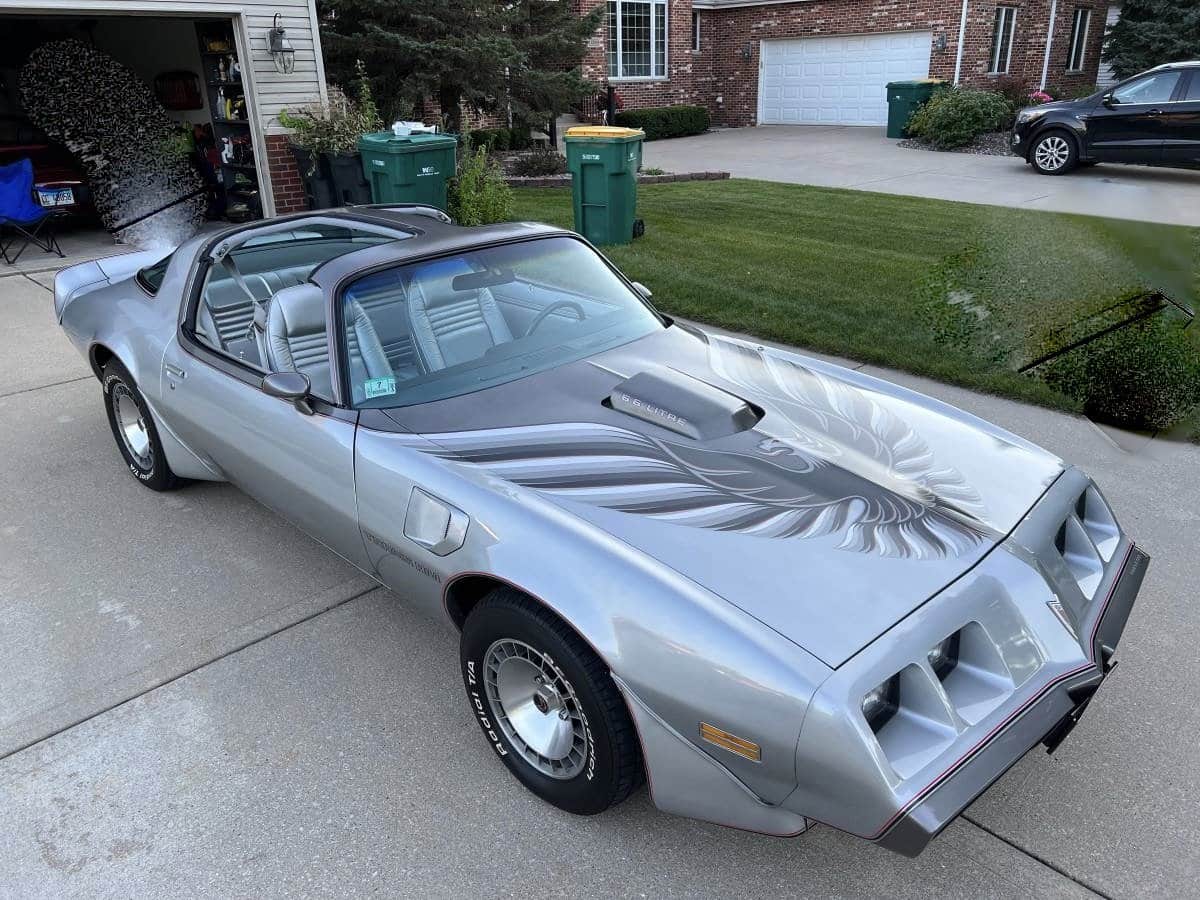 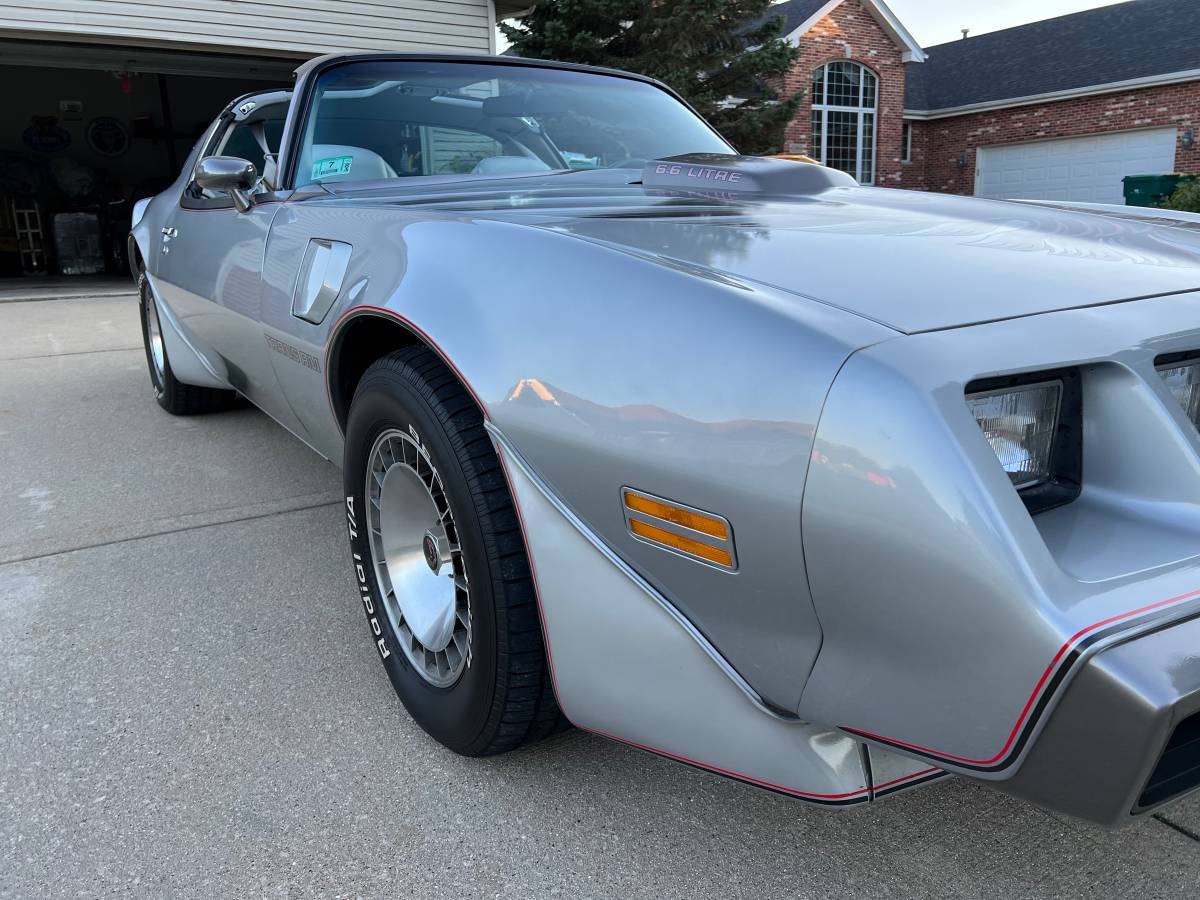 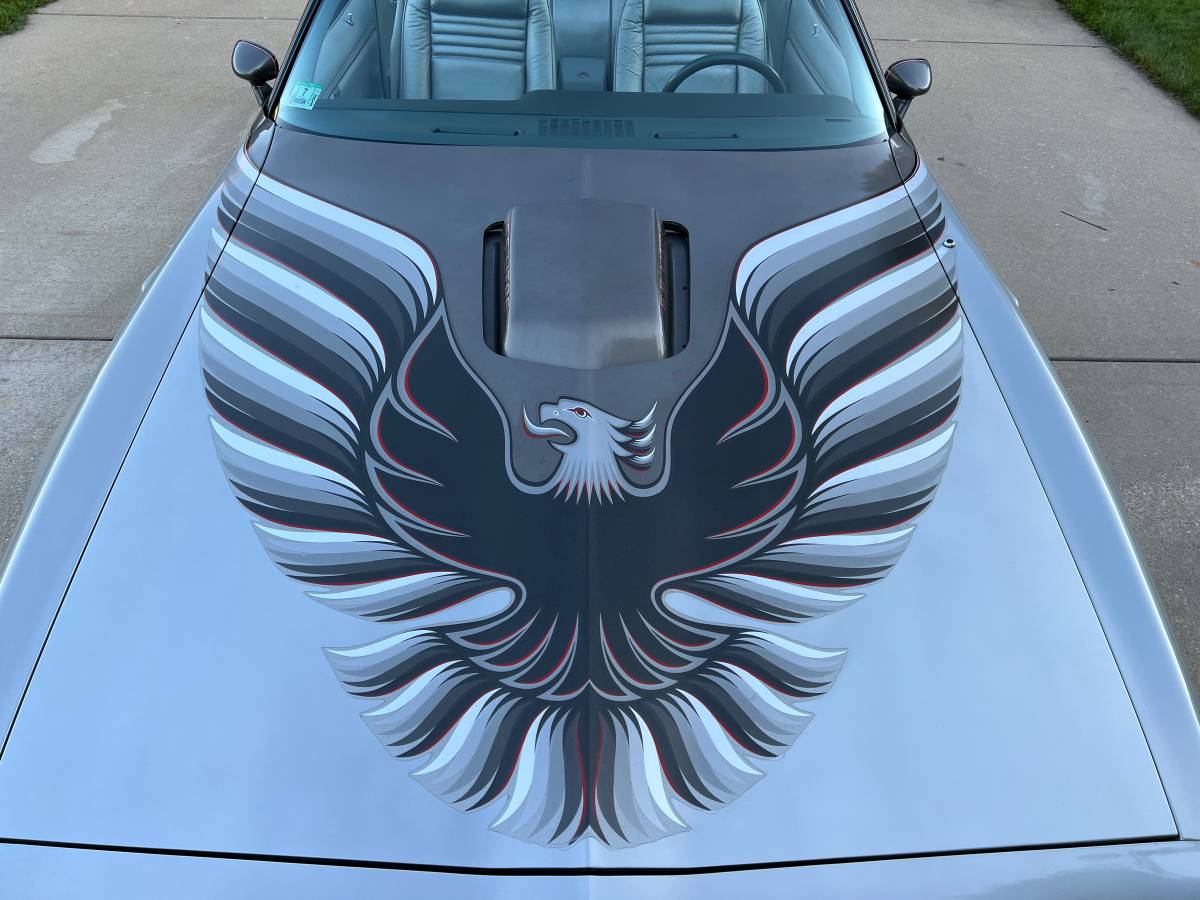 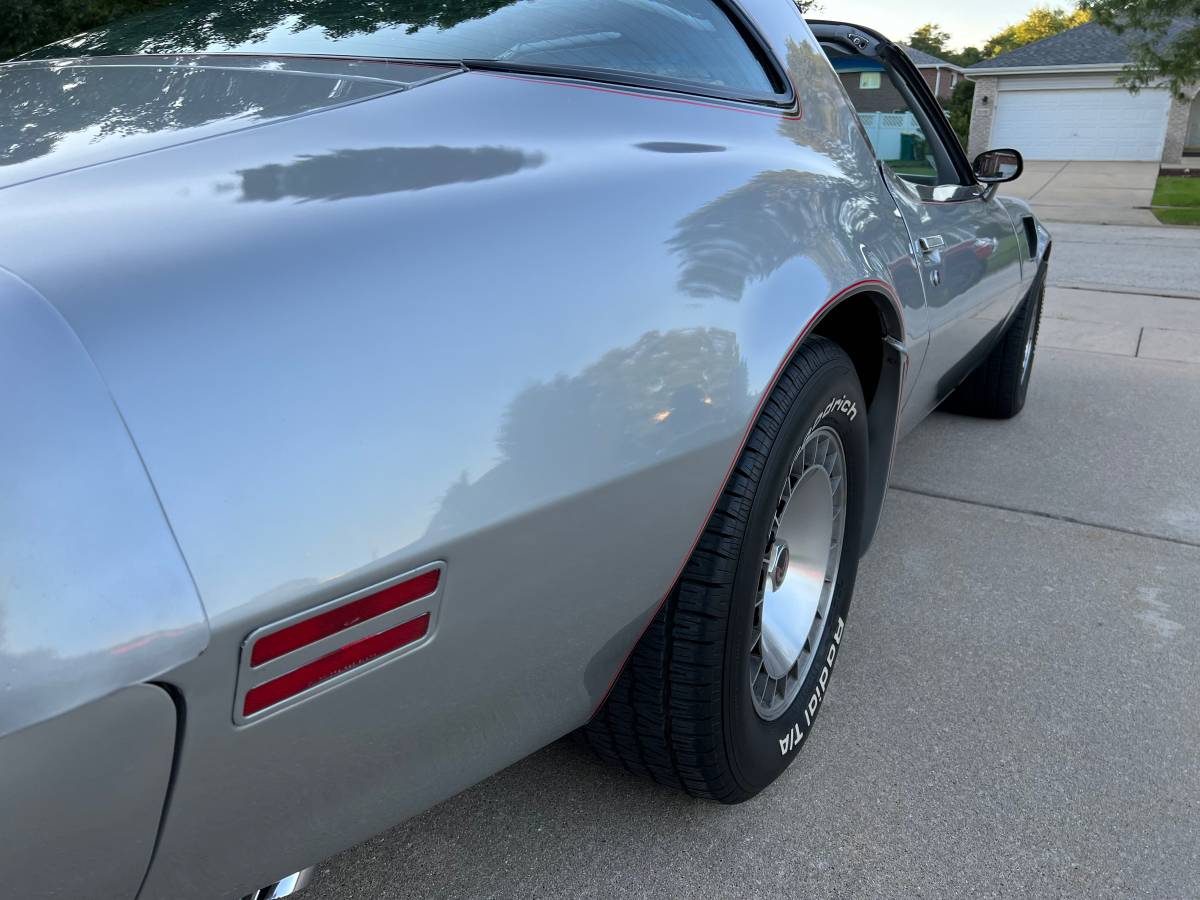 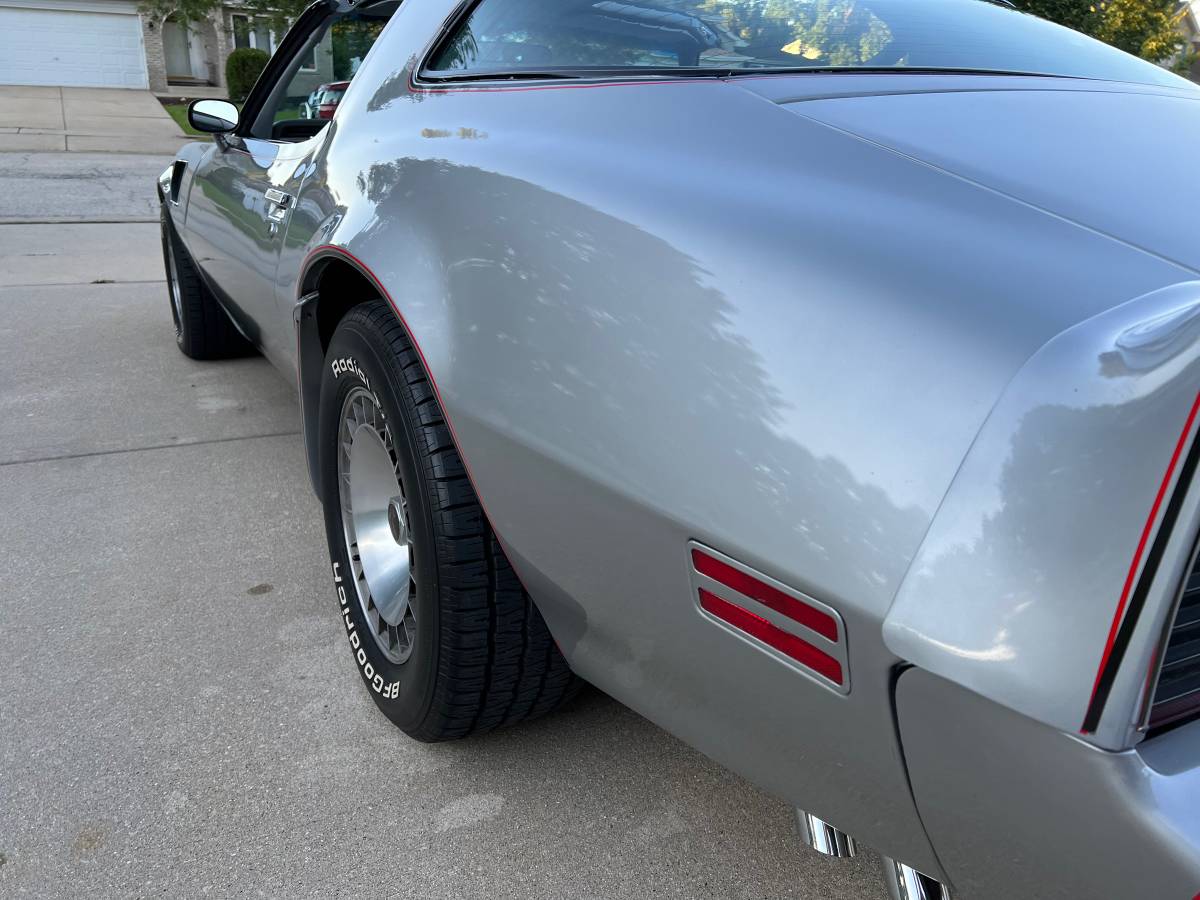 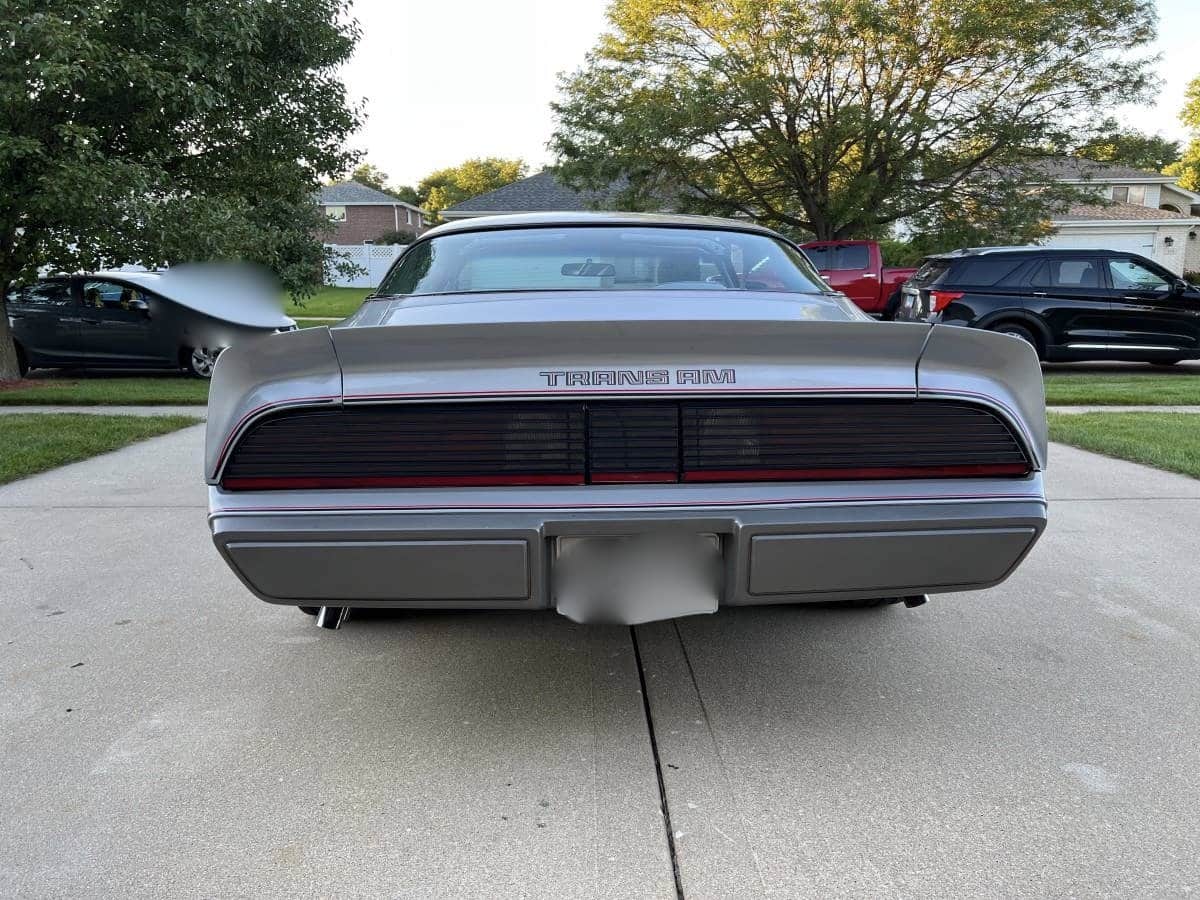 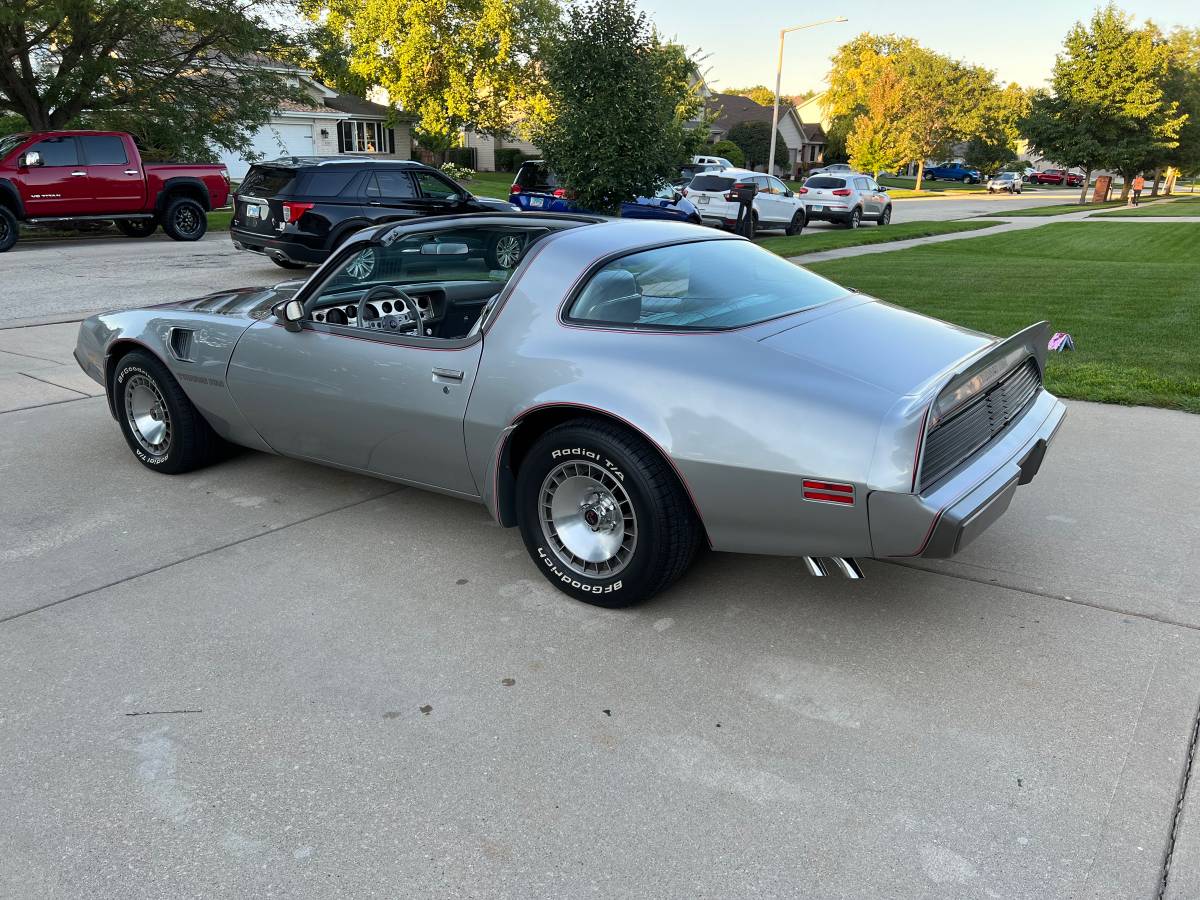 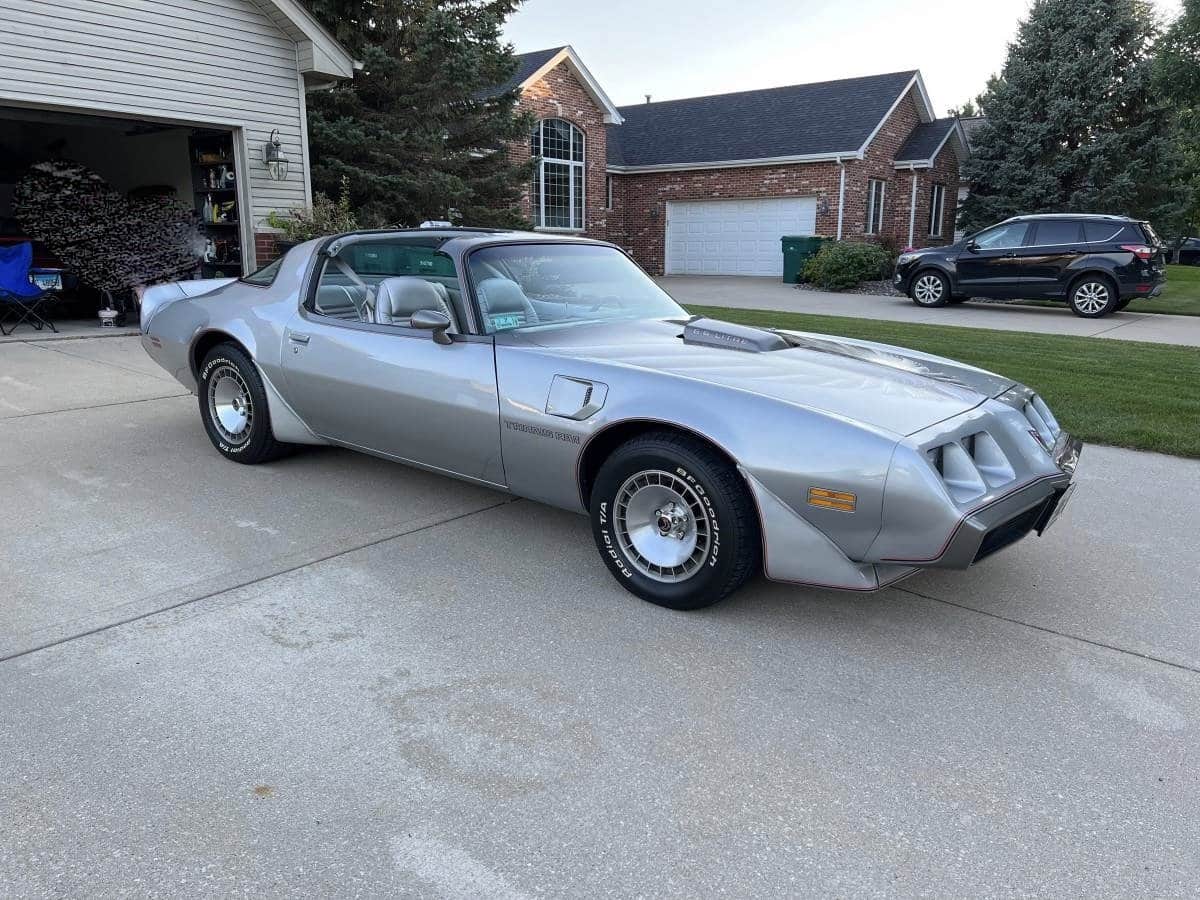 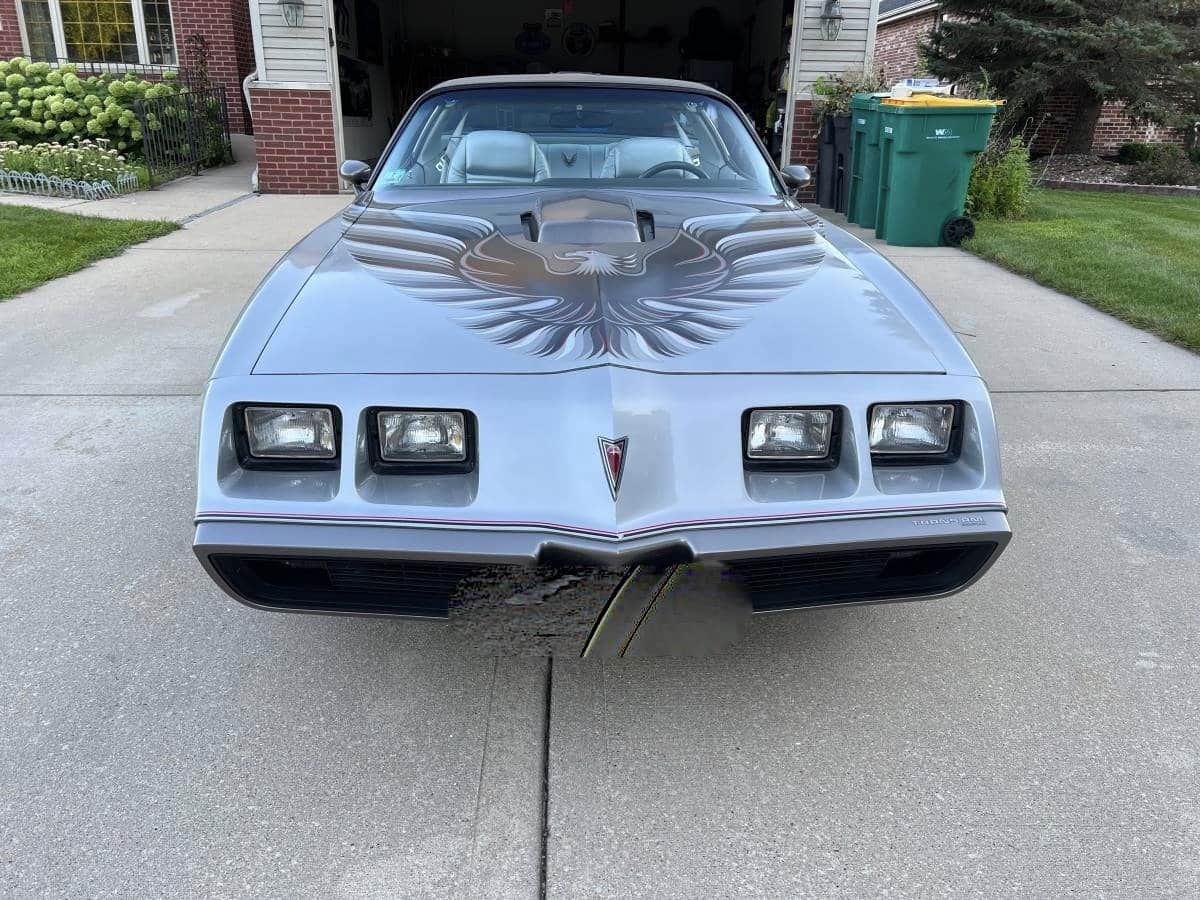 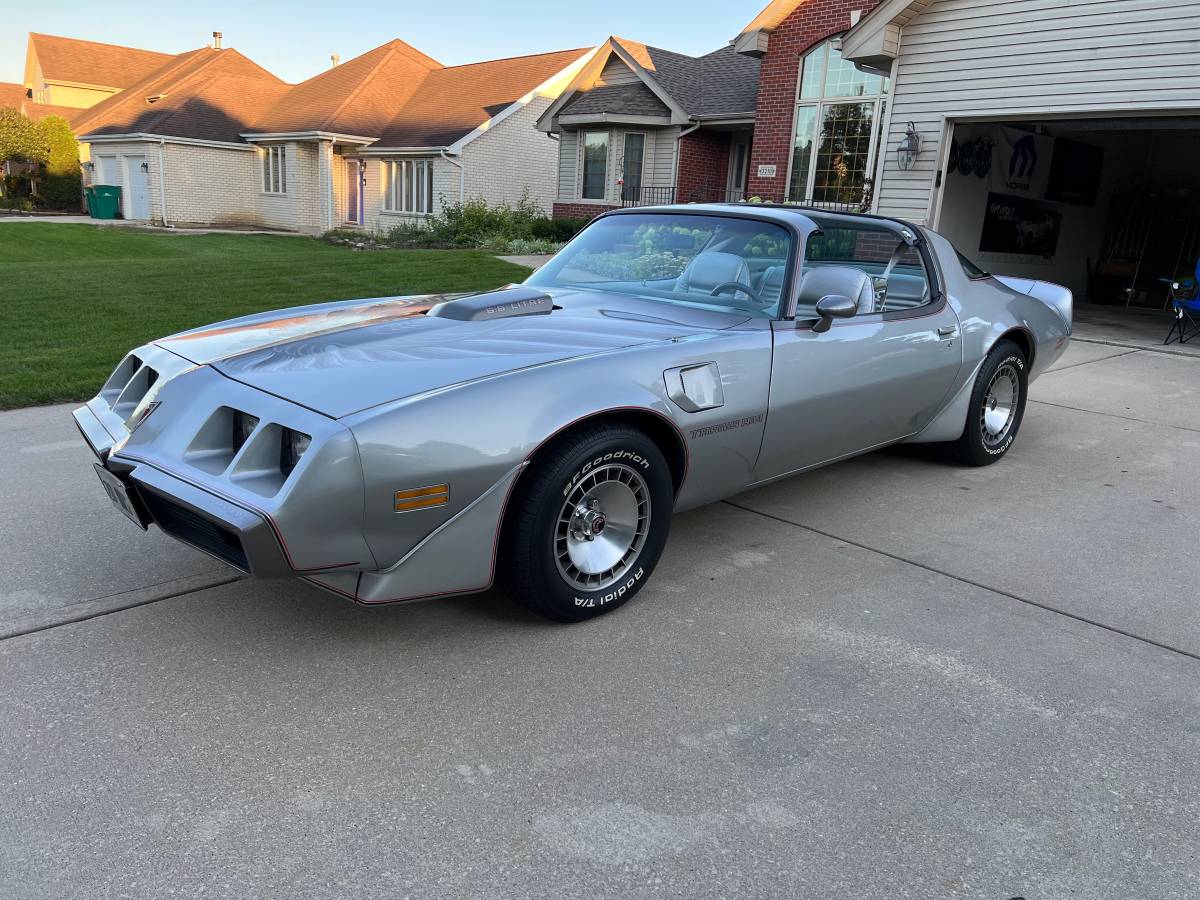 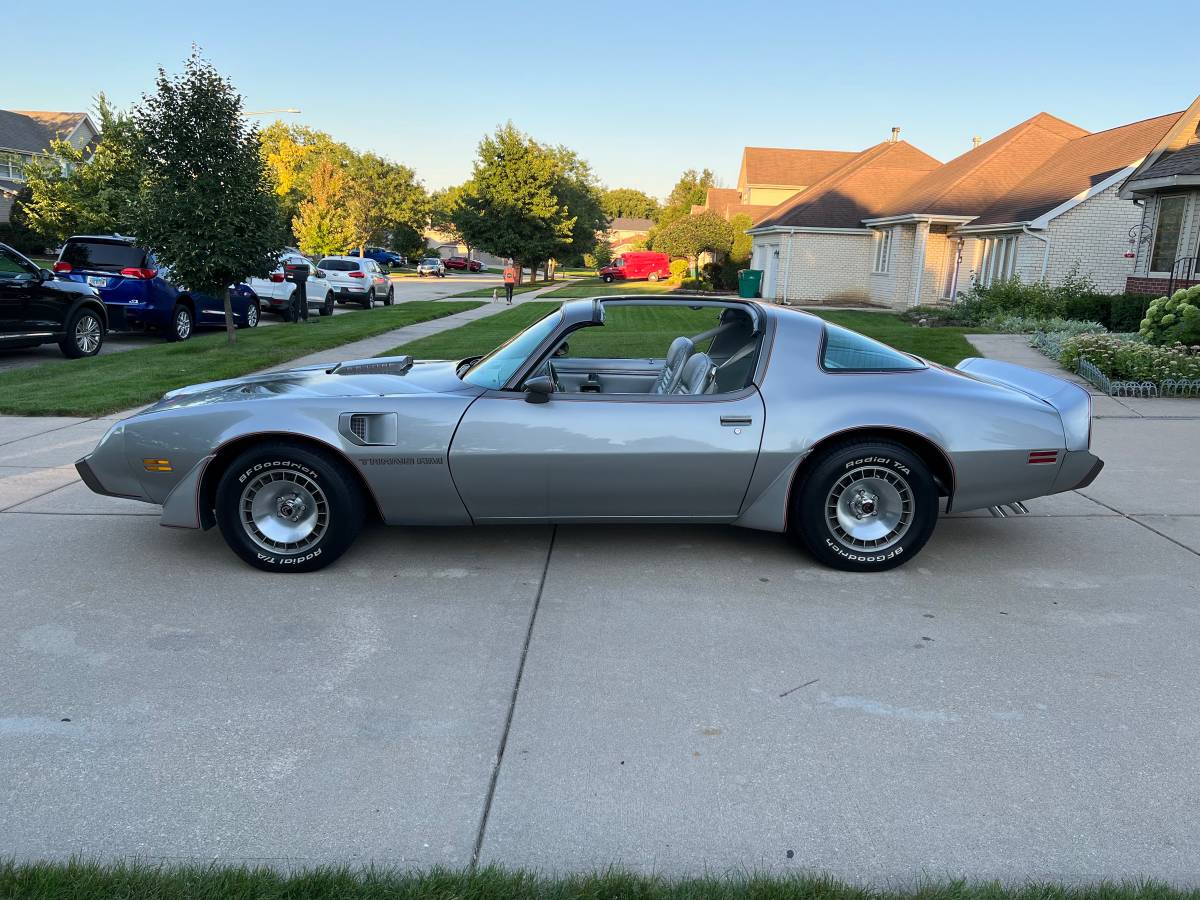 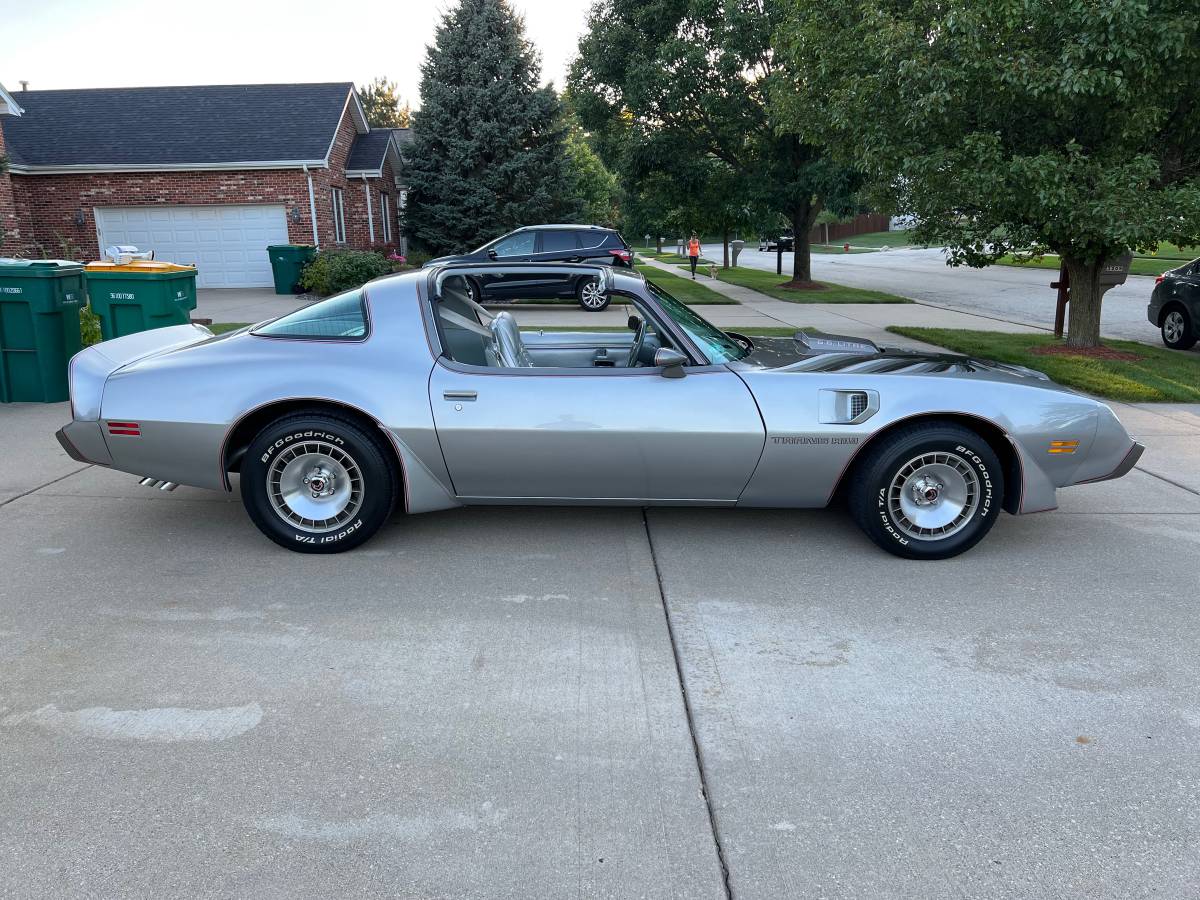 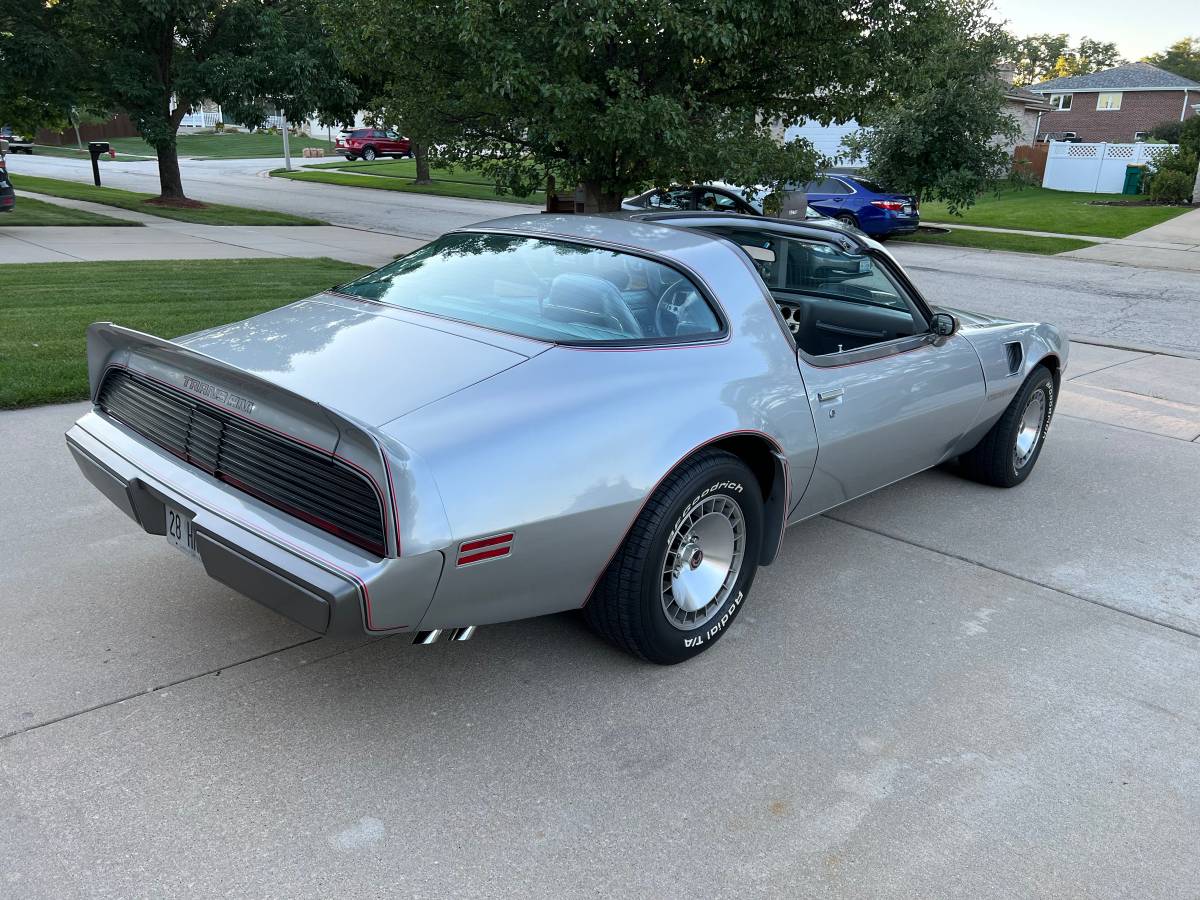 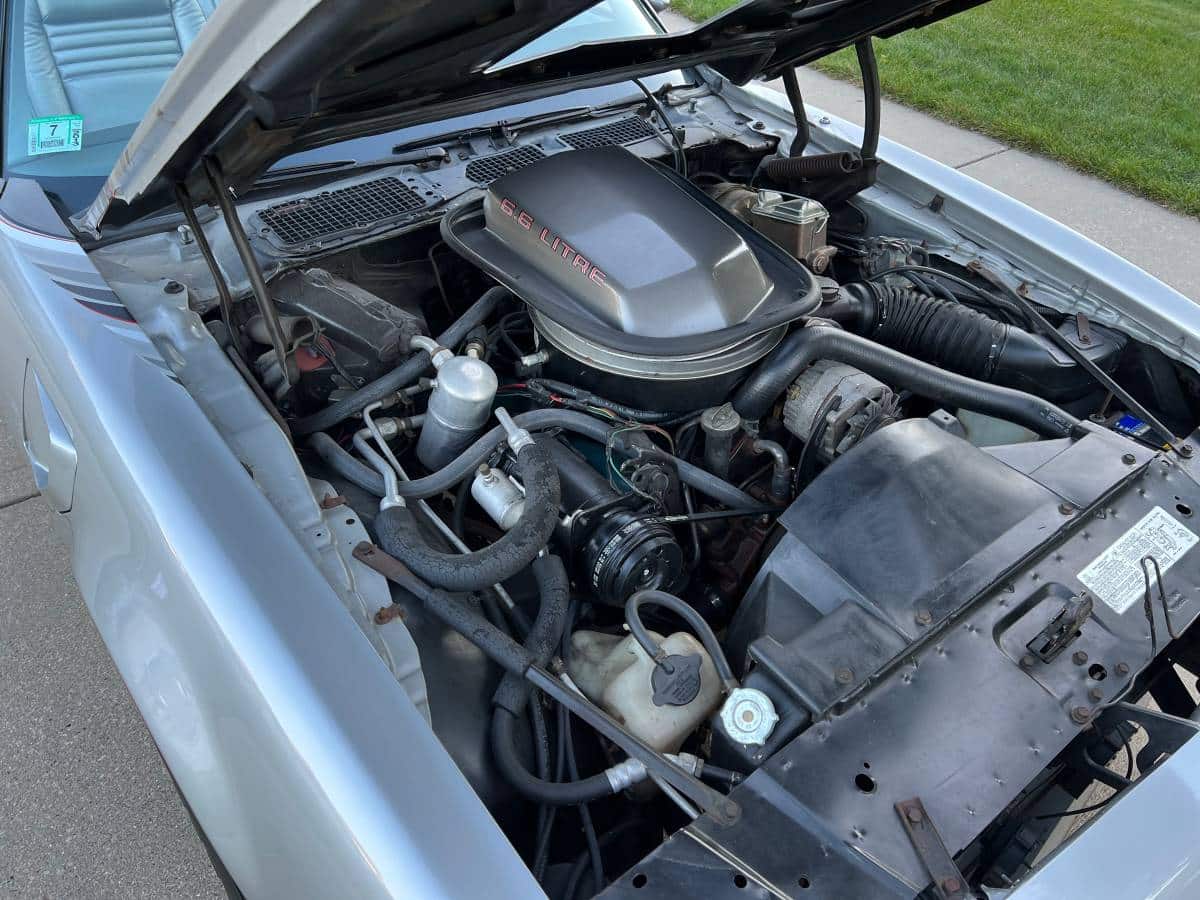 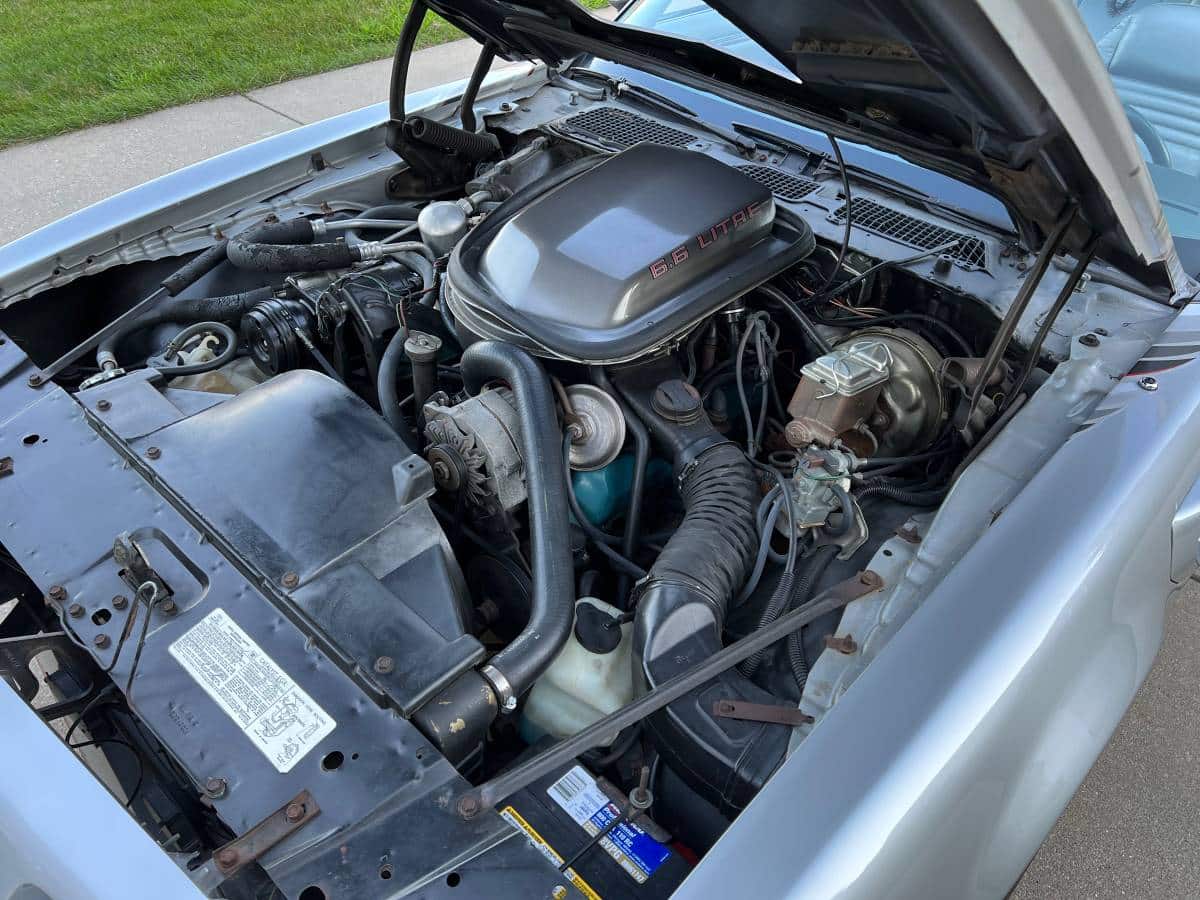 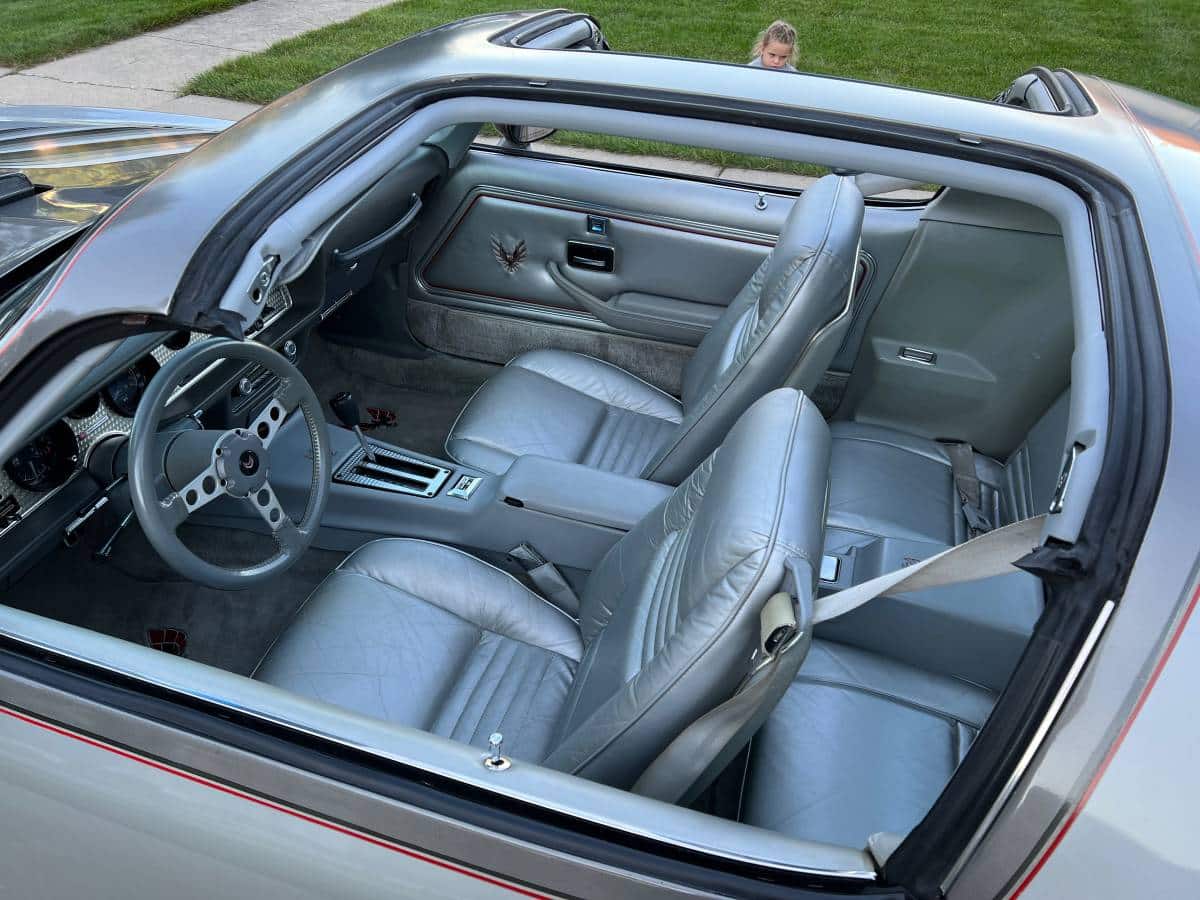 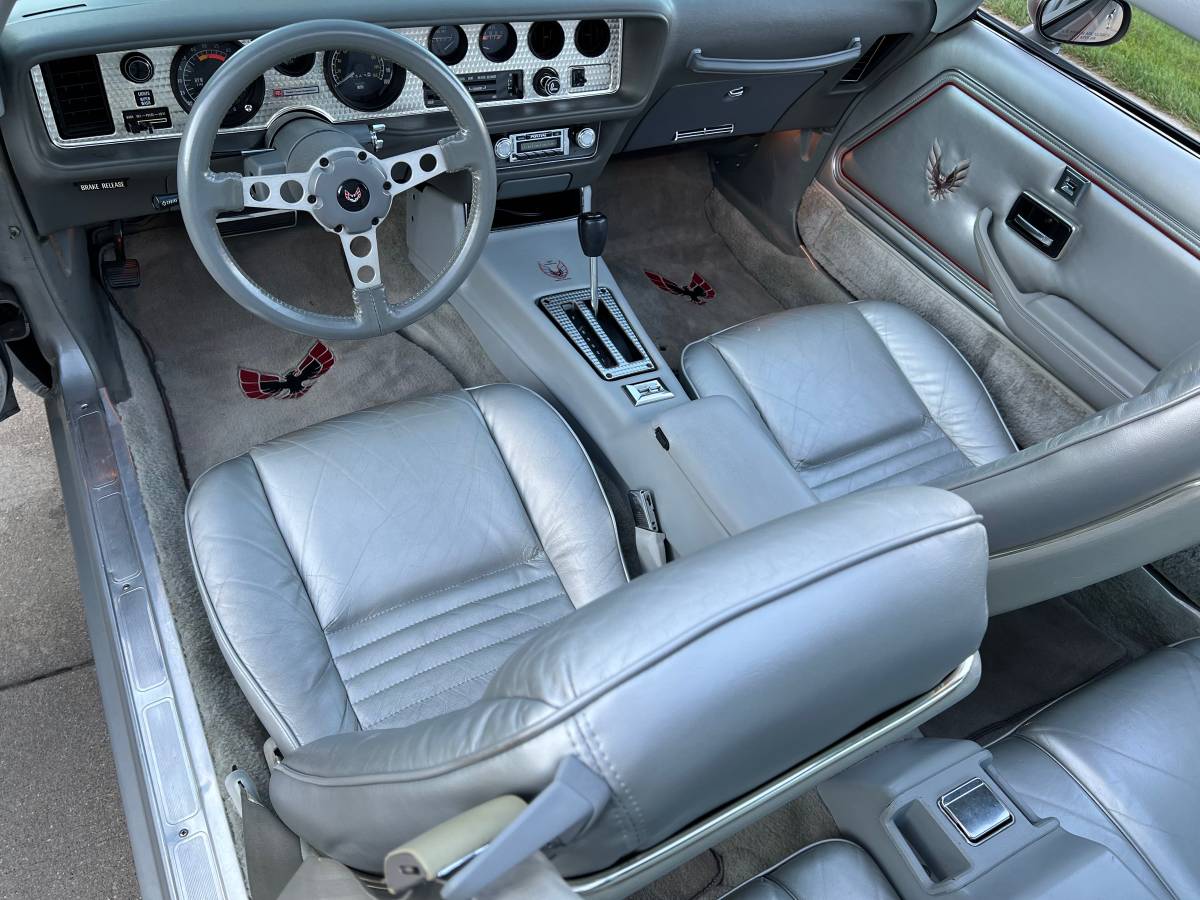 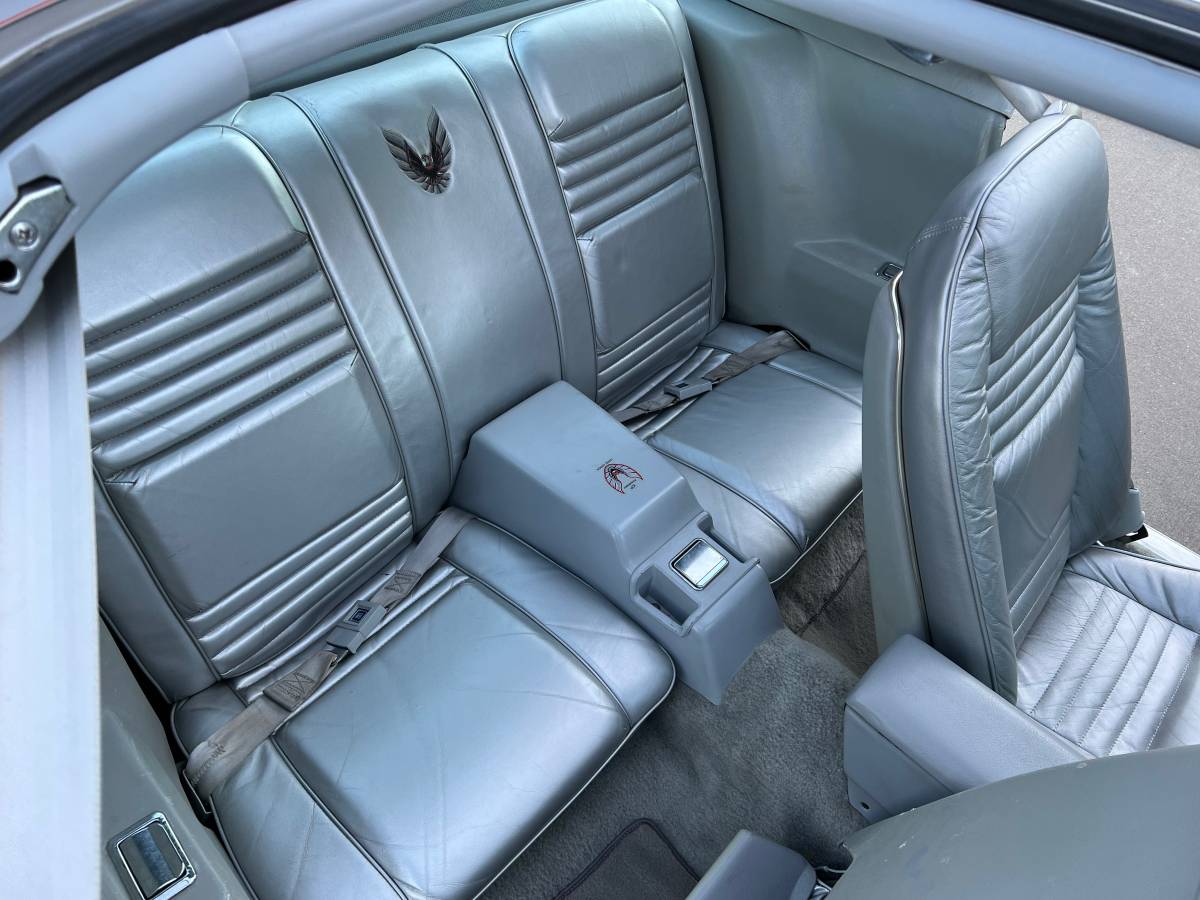 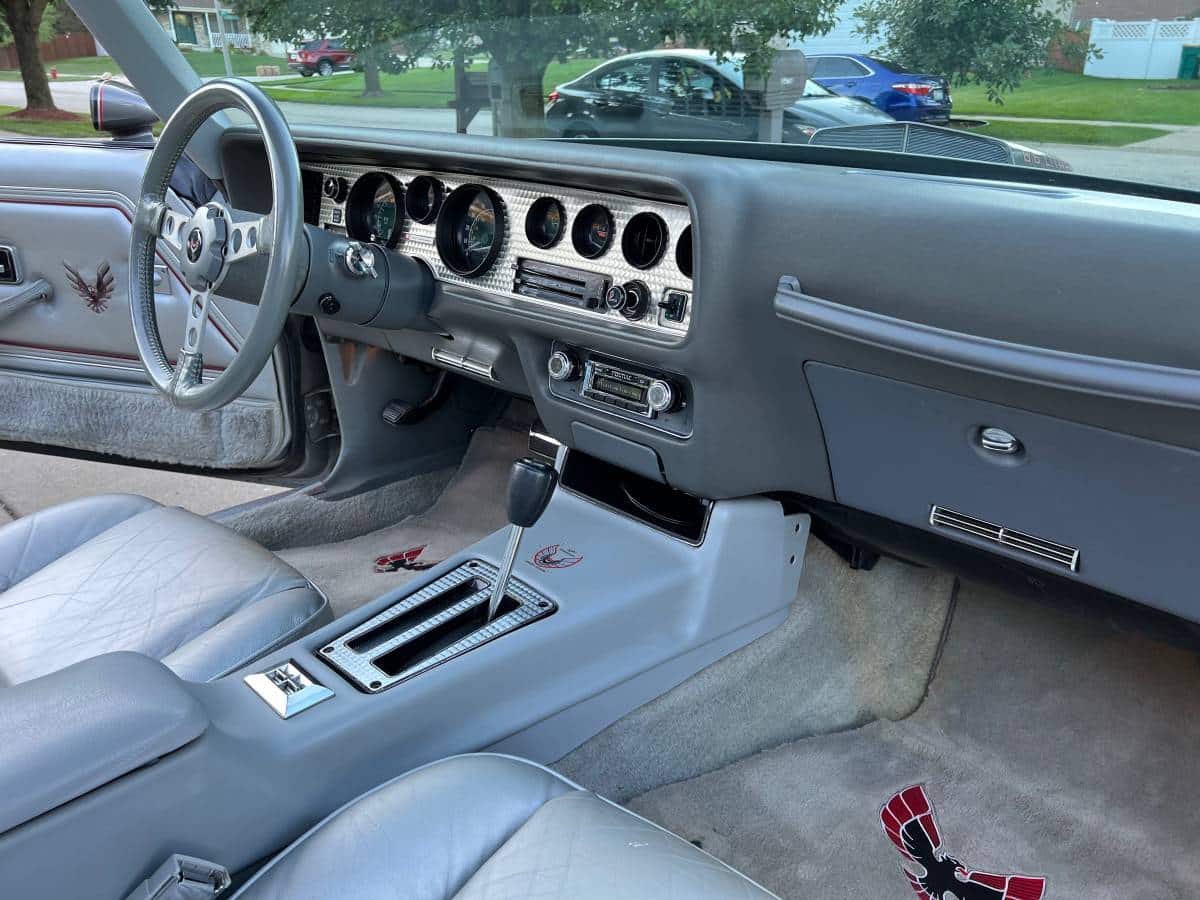 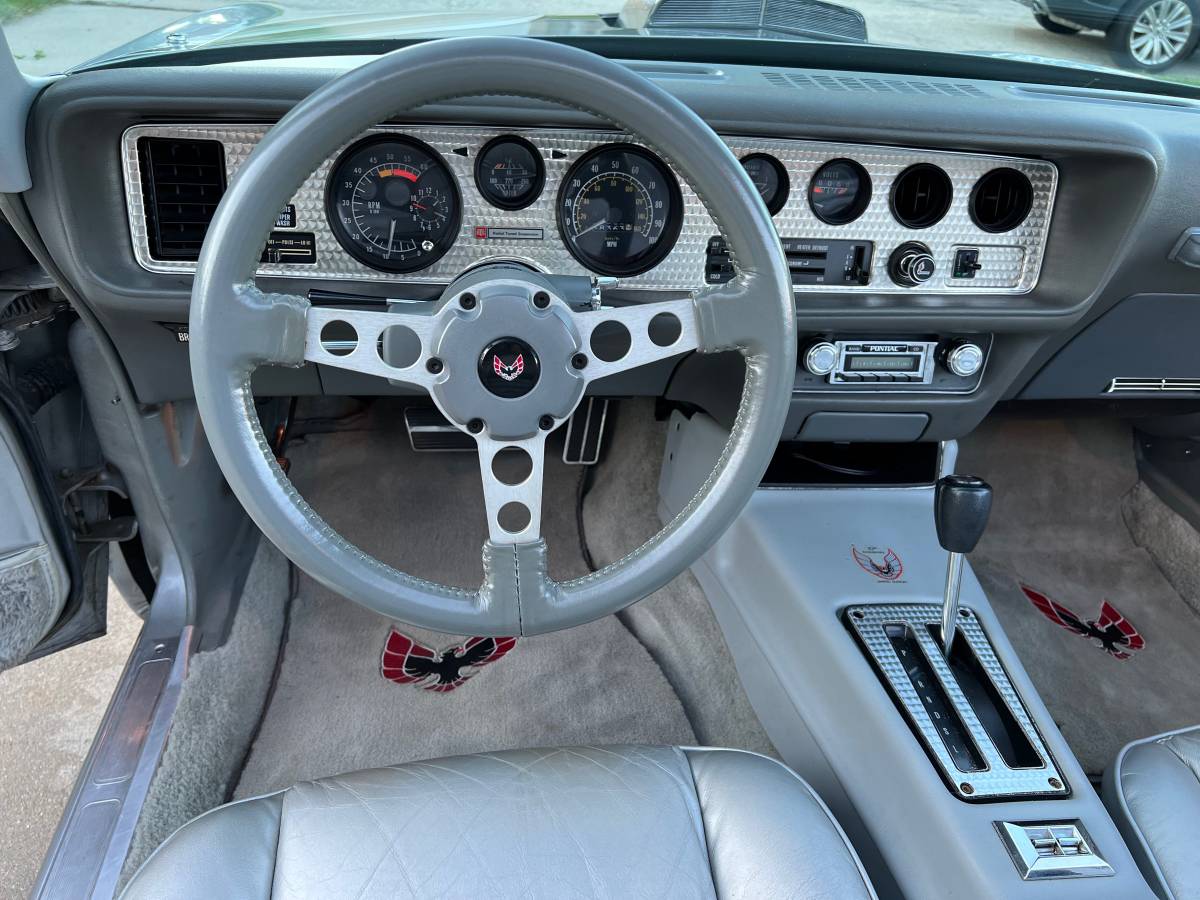 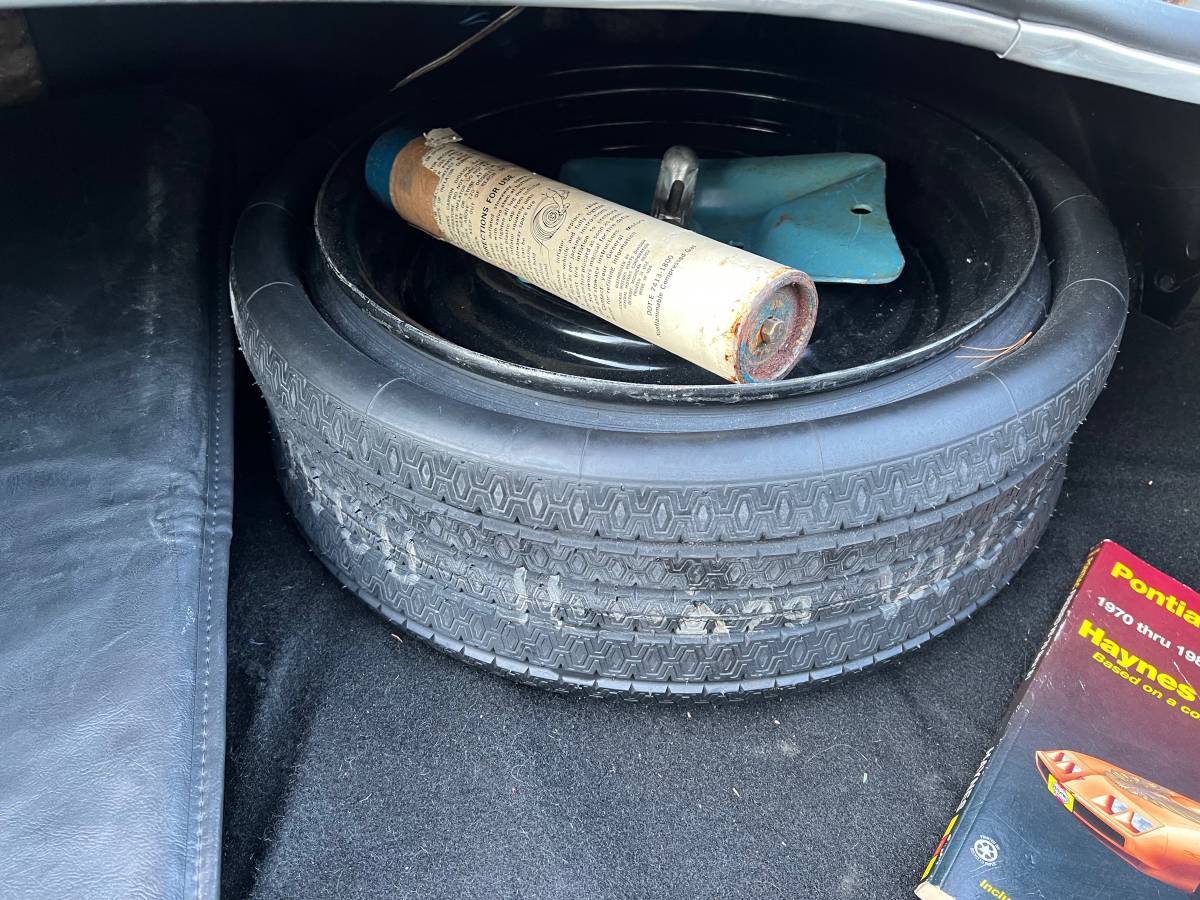 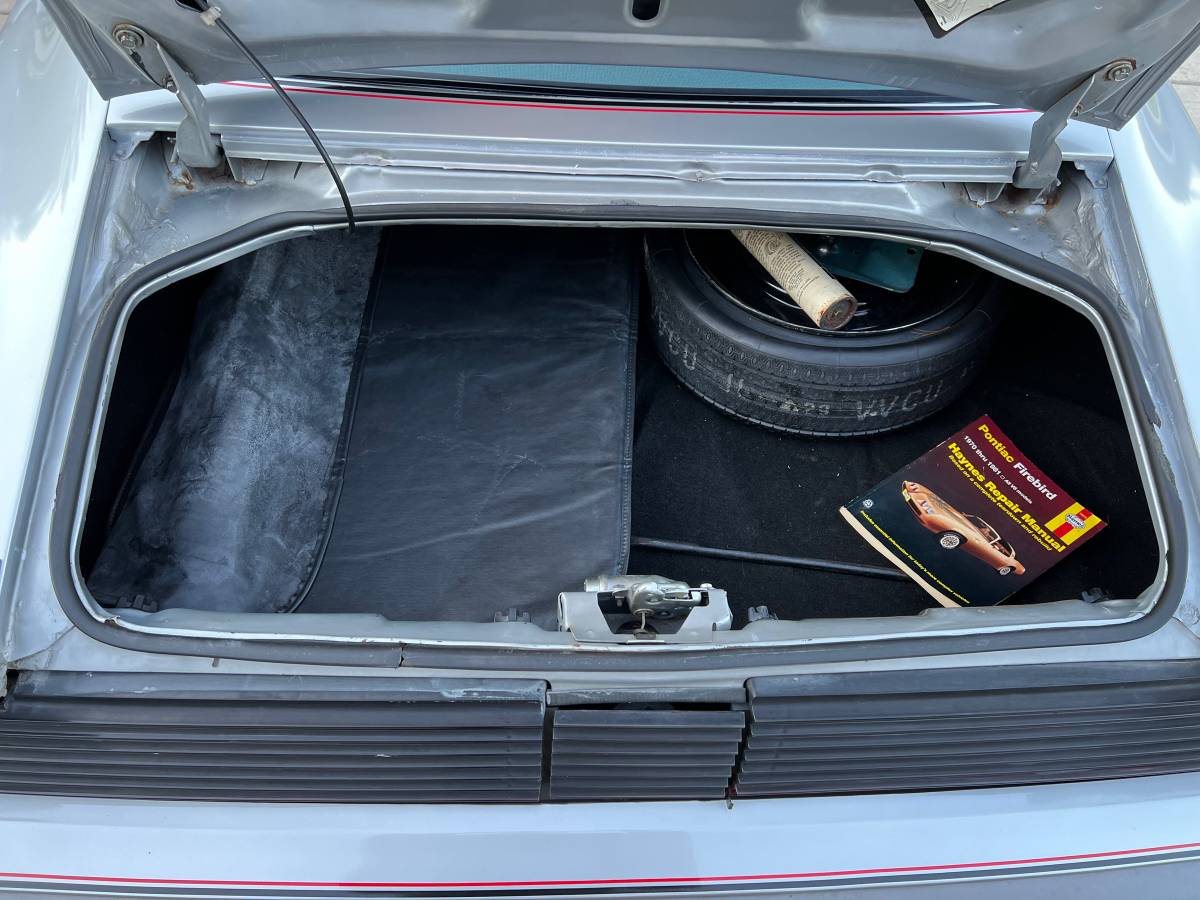 Coming off two consecutive record years of Trans Am production made popular from the Smokey and the Bandit movie, Pontiac continued to capitalize on the car’s popularity with the launch of the limited edition Tenth Anniversary Trans Am.  The first thing we look for in any 1979 Trans Am is its transmission.  Automatic-equipped versions came powered by an Oldsmobile 403 cubic inch (also 6.6 Liter) V8, while four-speed versions came powered by the more sought-after Pontiac-sourced 400 cubic inch mill.  The private seller does not talk about the engine but their 38,500 survivor-quality 1979 Pontiac Trans Am 10th Anniversary Edition, originally listed in September 2022 on Craigslist in New Lenox, Illinois (Chicago), is a nicely optioned, Oldsmobile-powered example.

Once offered for $36,900, Classic.com, the analytics and search engine for the collector car market, confirms the ask is at the lower end of the one-year rolling average of this guide’s summary for 1979 Pontiac Trans Ams.  By clicking on the green dots in the graph below, you can navigate to each comparable car sold as a way to help you evaluate the price of the 10th Anniversary Edition featured here:

A restyled one-piece front end marked the 10th anniversary of the Trans Am. A limited-edition anniversary package was made available: platinum silver paint with charcoal gray upper paint accents and mirrored t-tops, and a special interior featuring silver leather seats with custom-embroidered Firebird emblems and aircraft-inspired red lighting for the gauges. The 10th-anniversary cars also featured special 10th-anniversary decals, including a Firebird hood decal extending off the hood and onto the front fenders. Pontiac produced 7,500 10th anniversary cars, of which 1,817 were equipped with the high-output Pontiac T/A 6.6 W72 400 engine, the last of the line of the Pontiac large displacement V8 engines (and coupled with the four-speed Borg Warner Super T-10 manual transmission). The only option on these cars was the engine (the 400 was not certified for California, nor was cruise control available with it), which dictated the transmission and the gear ratio (3.23 on the 400 cars, 2.73 on the cars with the Oldsmobile-produced 403 engine and the TH350 automatic transmission). Two 10th Anniversary Trans Ams were the actual pace cars for the 1979 Daytona 500, which has been called the race that made NASCAR. Car and Driver magazine named the Trans Am with the WS6 performance package the best handling car of 1979. During the period dyno testing, the National Hot Rod Association rated the limited-availability T/A 6.6 high-output Pontiac 400 engine at 260–280 net horsepower, which was significantly higher than Pontiac’s conservative rating of 220 hp. In 1979 Pontiac sold 116,535 Trans Ams, the highest sold in a year.

The Old Car Memories YouTube Channel features this video on why the creator considers the 1979 Trans Am the last of the Golden Era muscle cars:

While this 38,500-mile survivor example 1979 Pontiac Trans Am Tenth Anniversary Editon is the more common Oldsmobile-powered version, it’s still part of the last hurrah of big-block V8 GM power. We still think the unique silver leather interior on these cars (similar to the 1978 Pace Car Corvettes) is one of the more unique interior colors ever offered.

“1979 Tenth Anniversary Trans Am. 38500 miles. This is a great car that runs and drives fantastically. The pictures speak to the condition. The engine runs great. The transmission shifts smoothly. The air conditioning works. The doors don’t sag. The panel gaps are good. All the gauges work. Every bulb inside and out works properly. Thank you for looking.”

Show or go: What would you do with this survivor-quality 1979 Pontiac Trans Am 10th Anniversary Edition?  Please comment below and let us know!