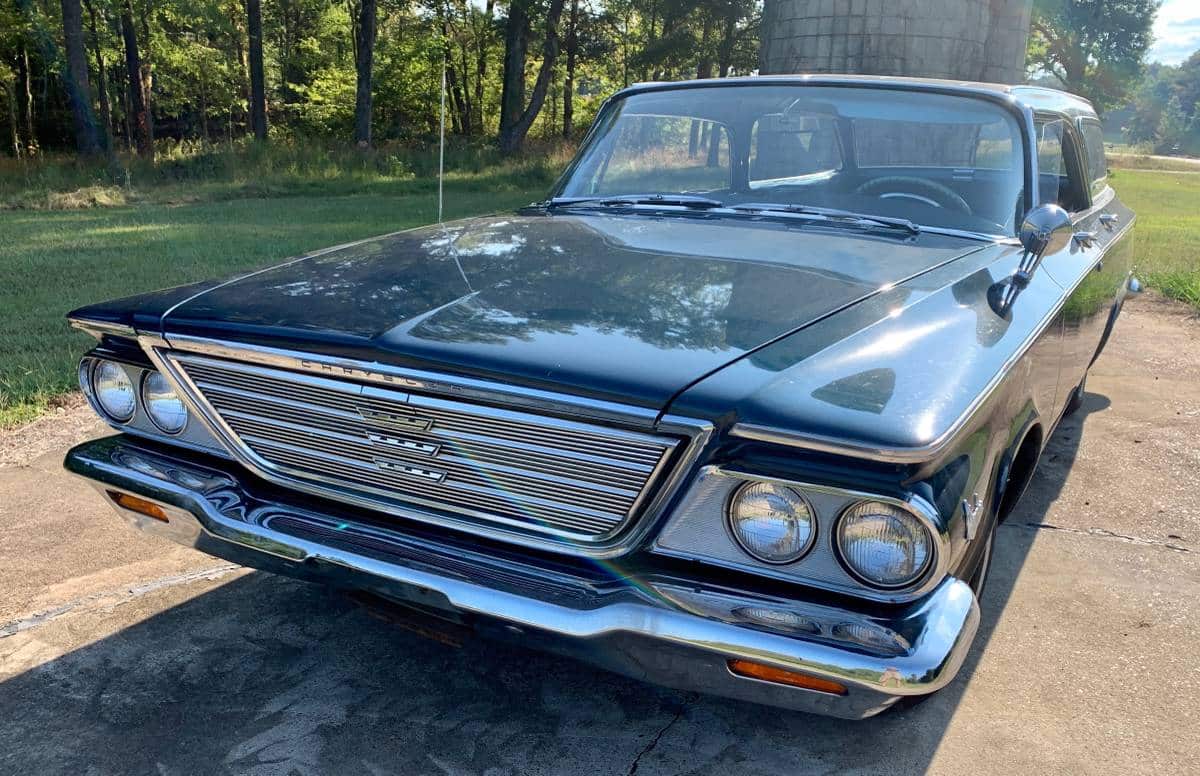 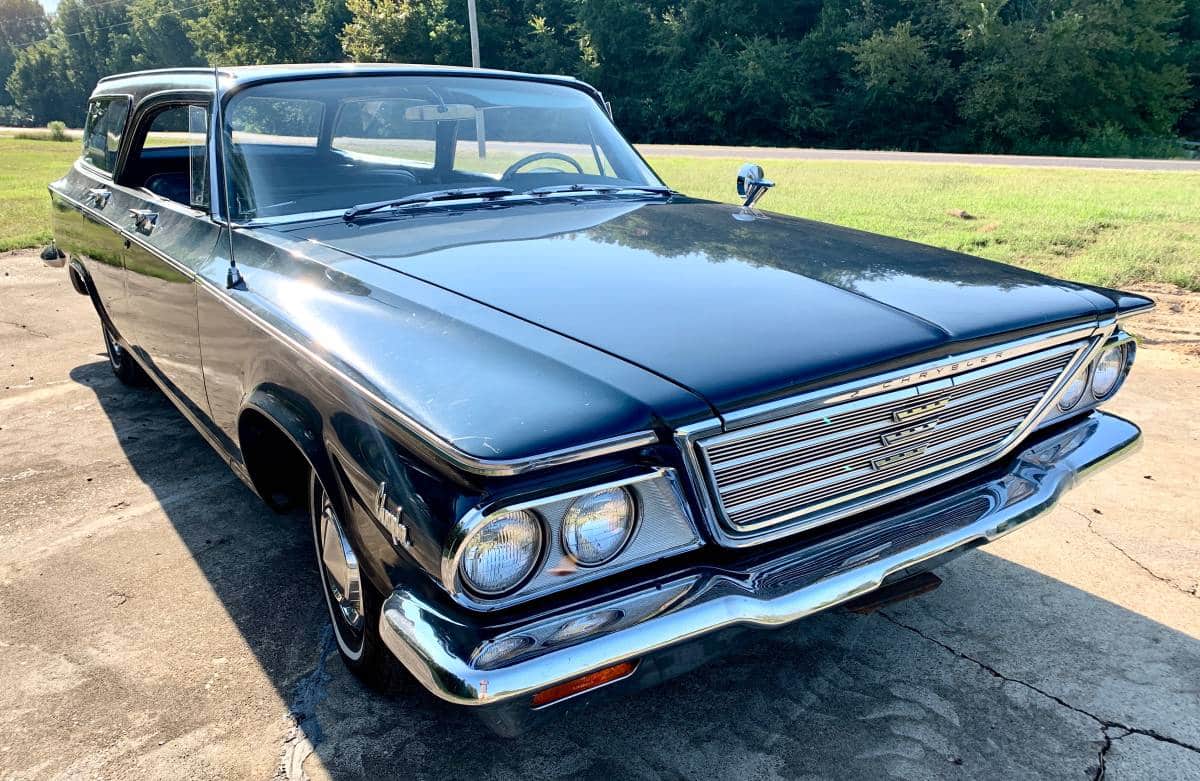 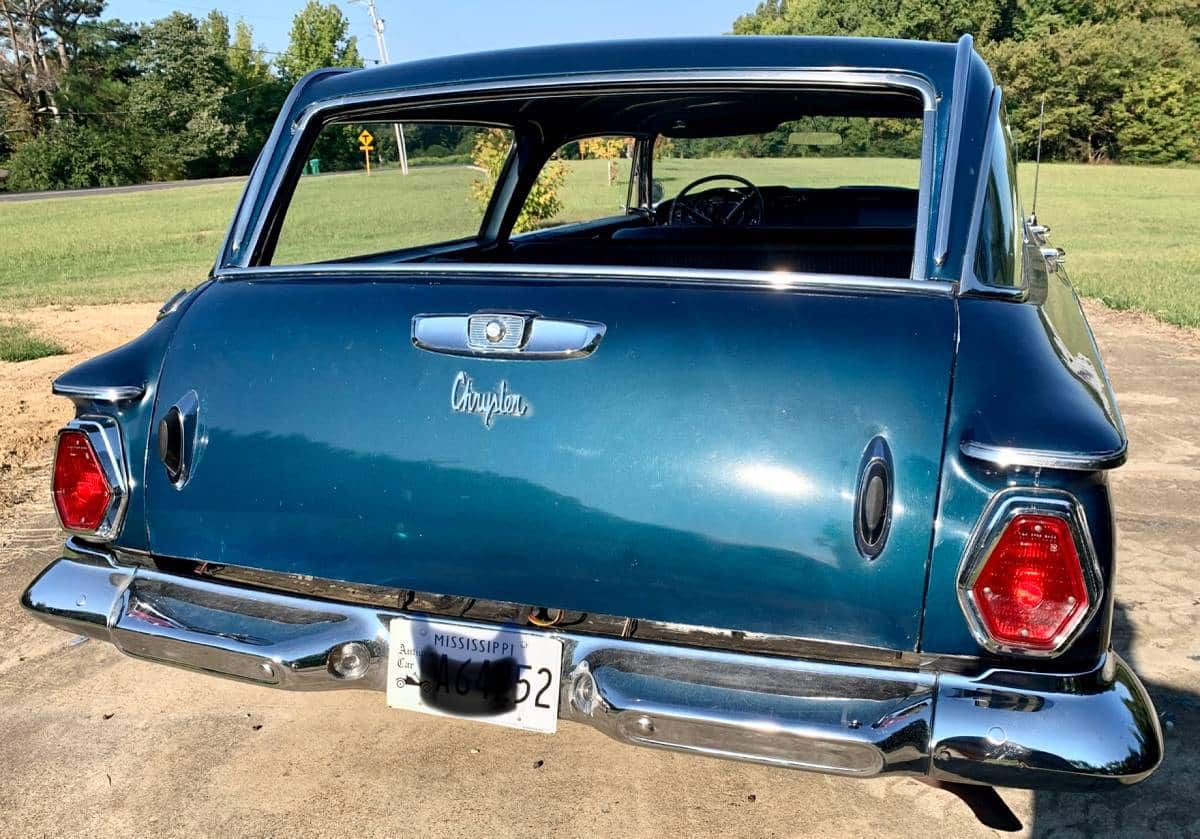 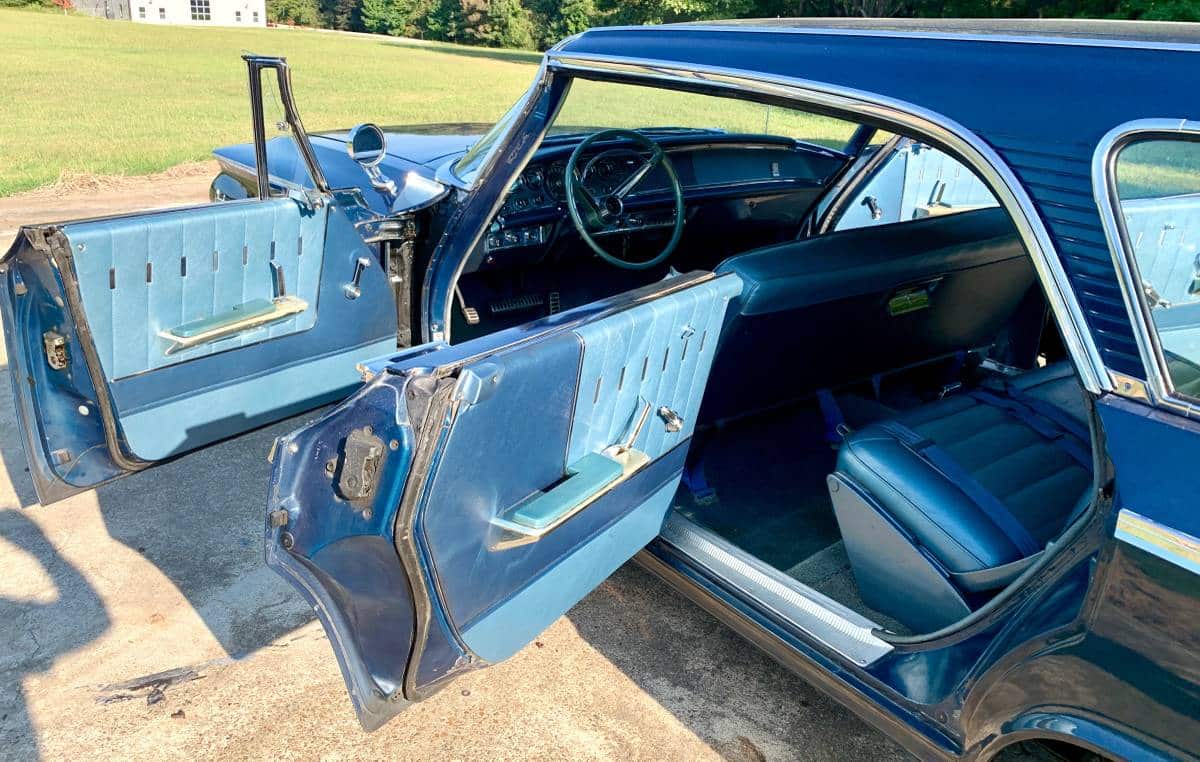 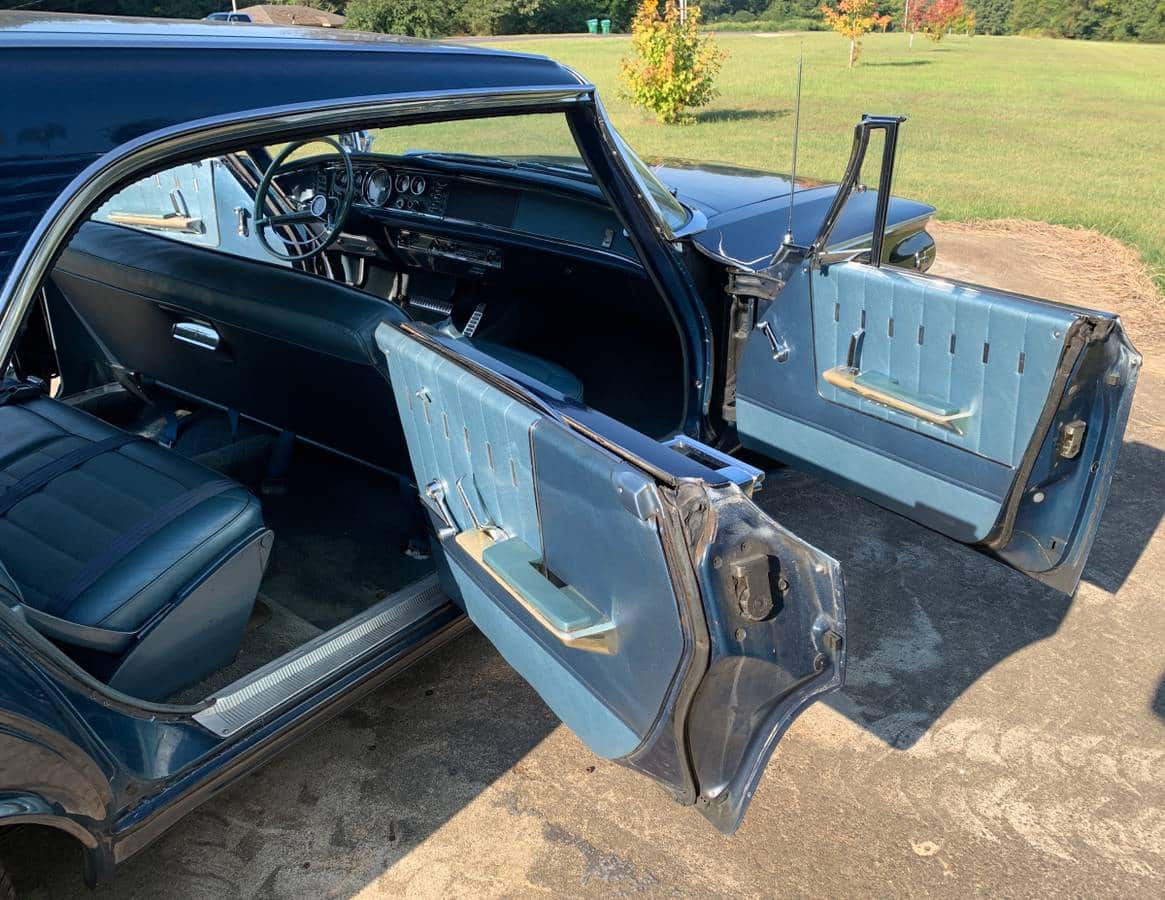 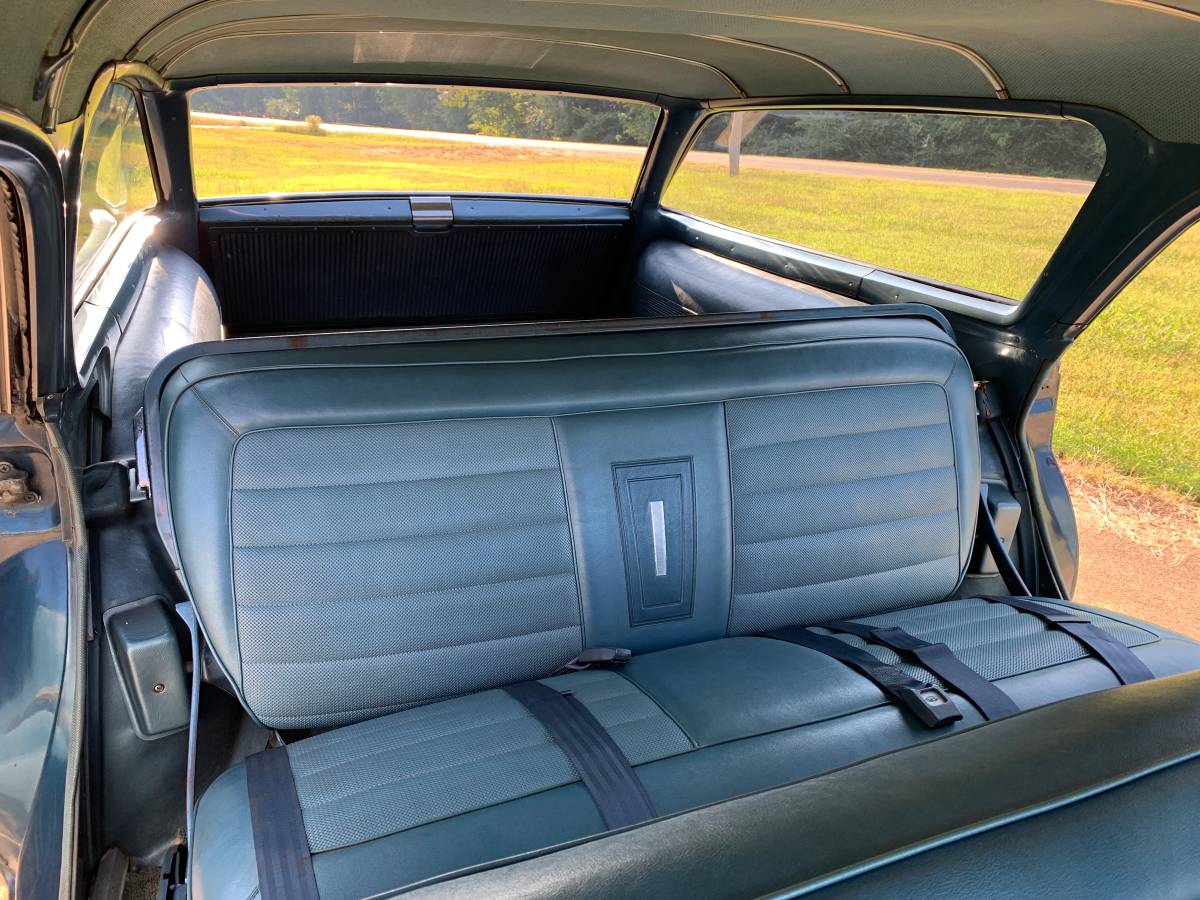 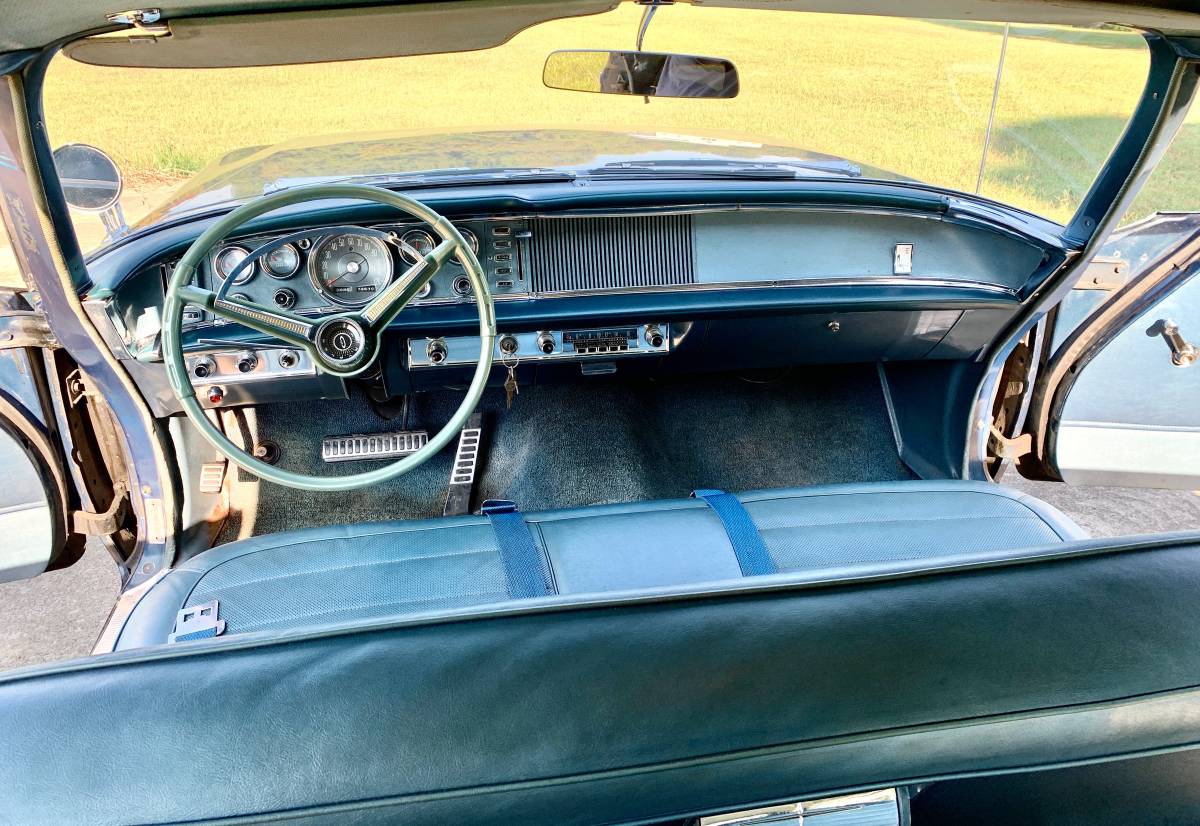 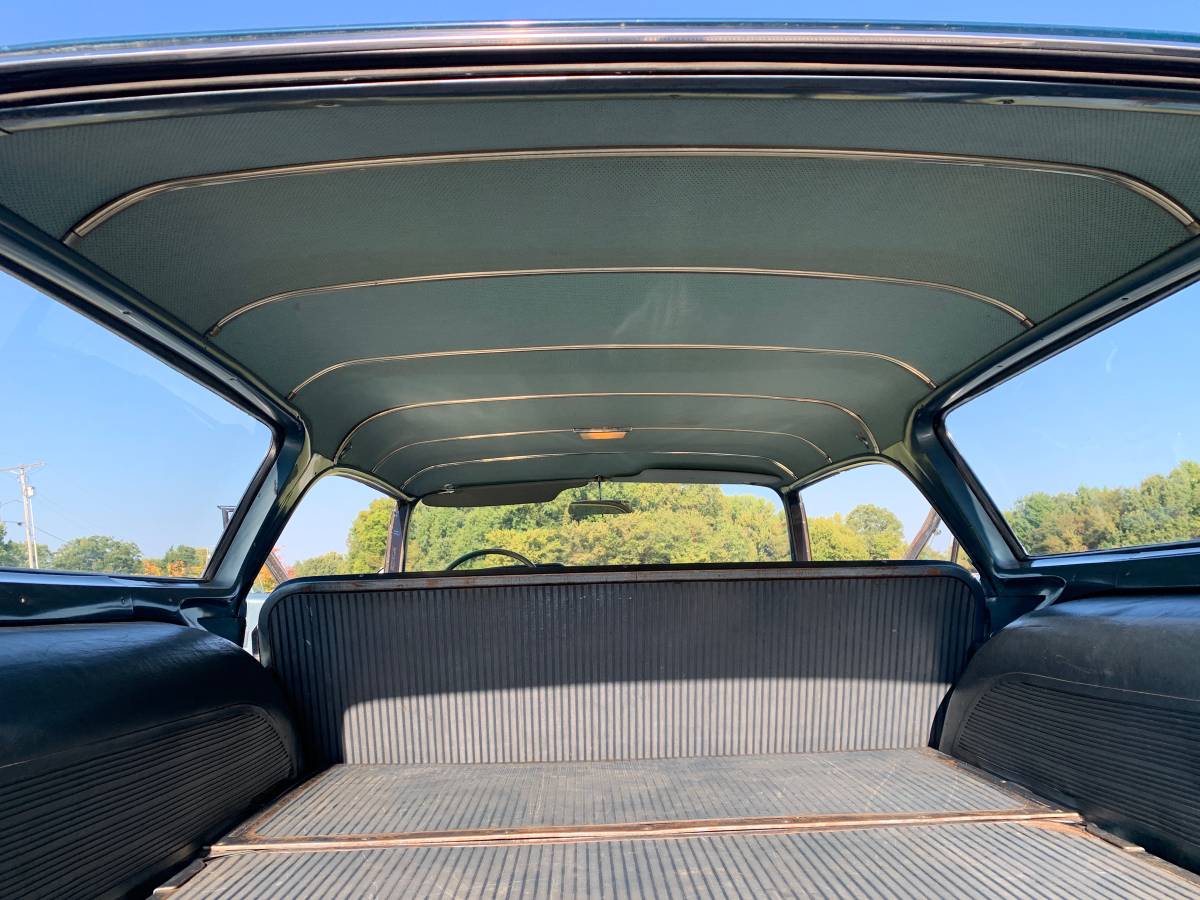 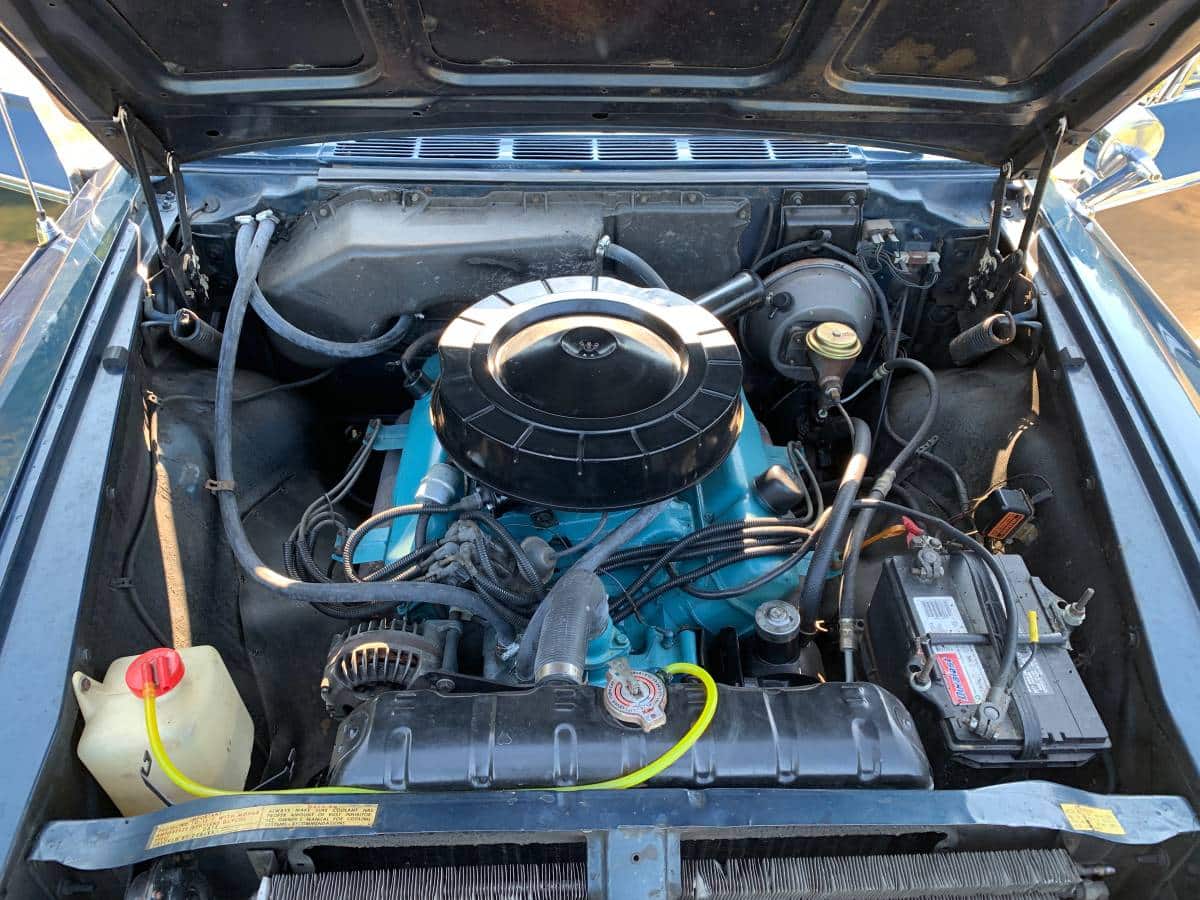 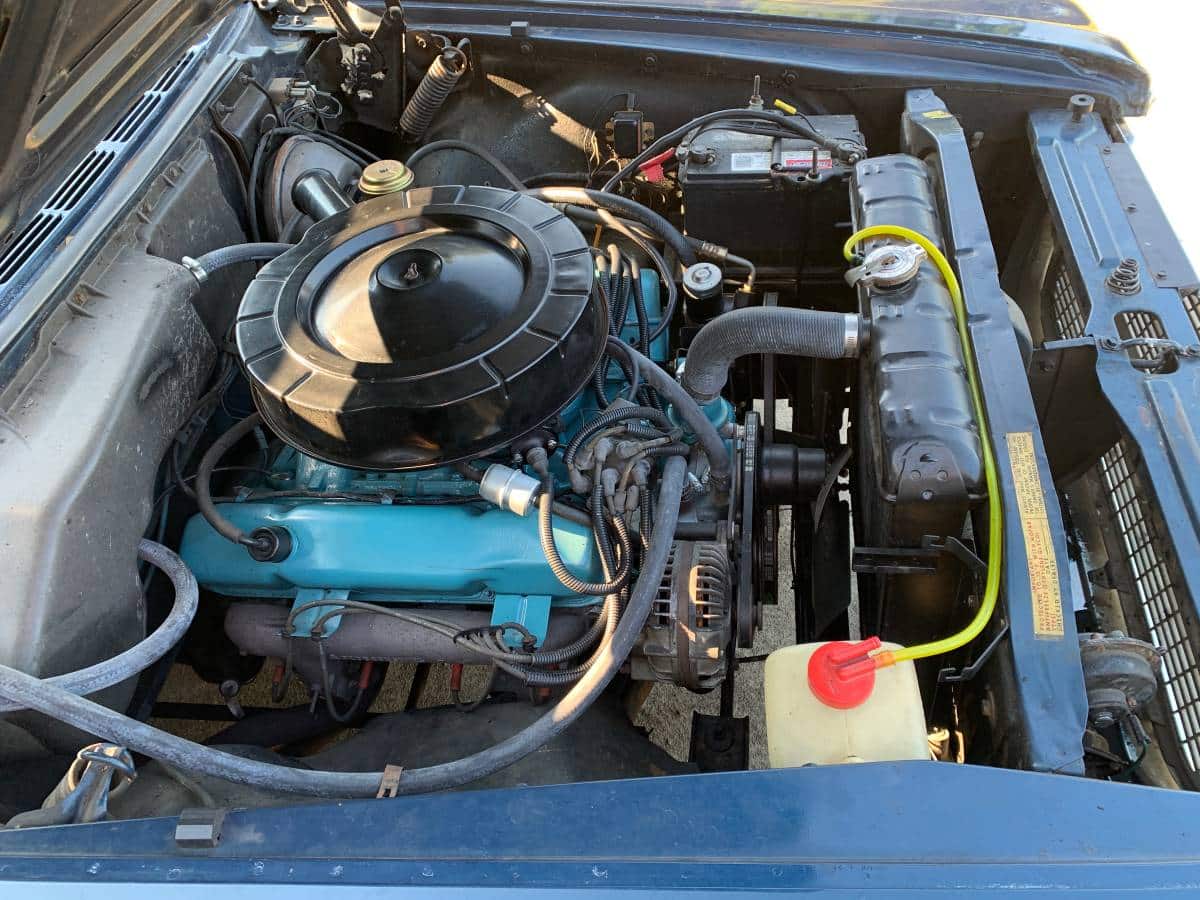 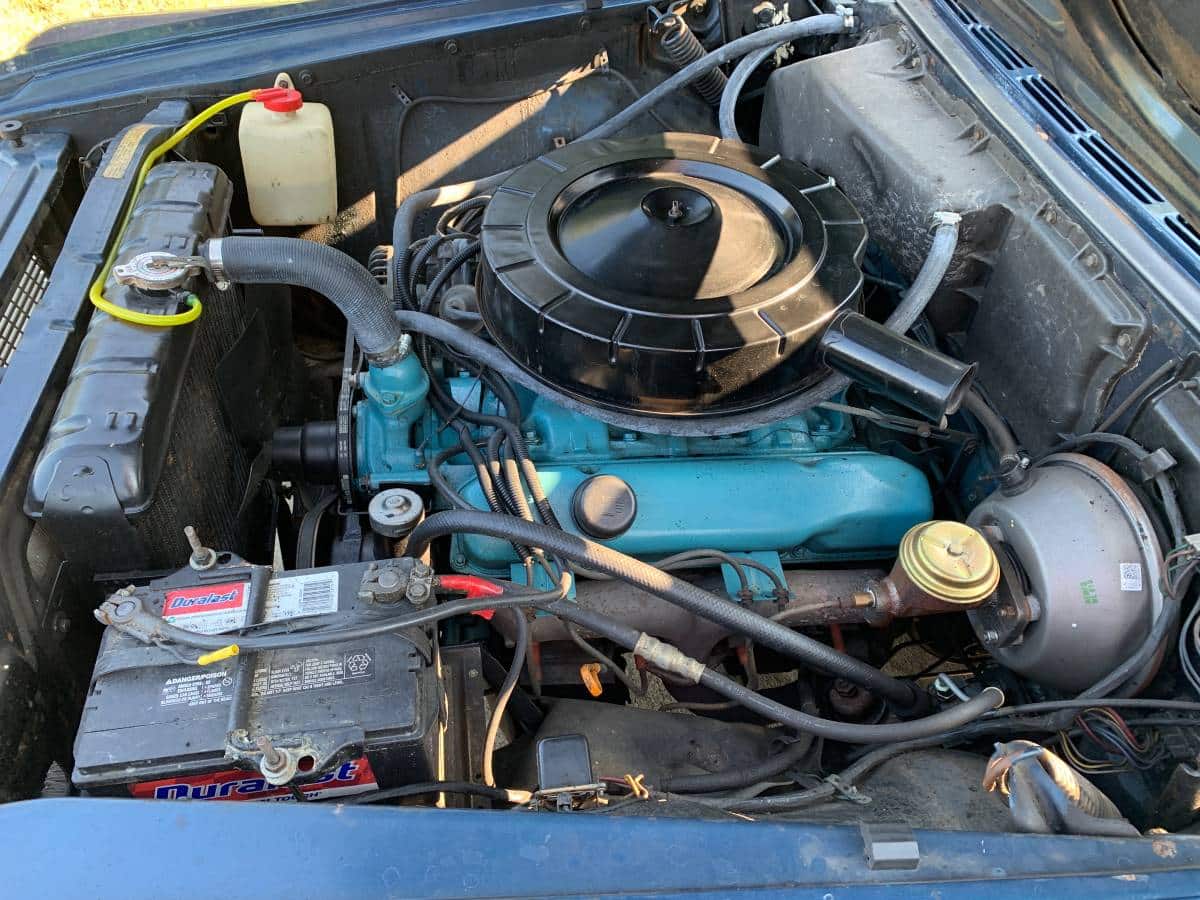 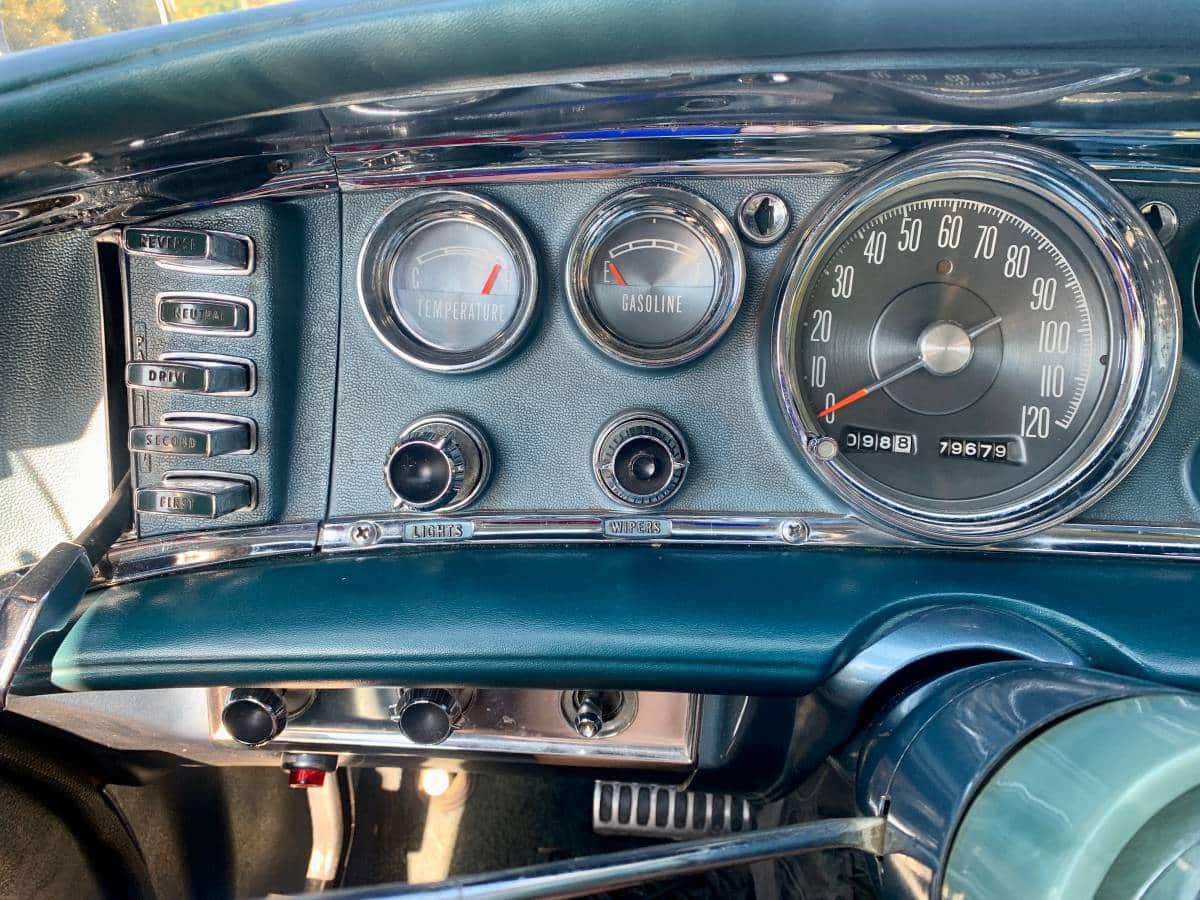 October 25, 2022, Update – We just confirmed the listing for this “Classifind” expired, so with no replacement found, we’re assuming this ride “Sold?” While this one got away, please reach out either by email or call us directly if you’d like to be informed when we come across something similar.

Our fondness for classic station wagons is quite obvious.  However, the holy grail among all the wagons we feature is when we come across an extremely rare four-door pillarless hardtop version. This rare 1964 Chrysler Newport, originally listed in September 2022 on Craigslist in Hernando, Tennesee (Memphis), is our latest example that appears to be a nice driver quality example featuring a well-preserved interior. You’ll need to confirm with the seller whether the exterior paint is also original to the car.

Currently offered for $24,500, Classic.com, the analytics and search engine for the collector car market, confirms the ask is in line with the five-year rolling average of this guide’s summary for first-generation Chrysler Newports of all body styles produced between 1961 and 1964.  By clicking on the green dots in the graph below, you can navigate to each comparable car sold as a way to help you evaluate the price of the station wagon featured here:

As a second data point, the  Collector Car Market Review Online Tool reveals the seller’s ask falls between this guide’s #2 Very Good” estimate of $20,500 and its #1 “Excellent” appraisal of $33,800.

Chrysler updated the Newport nameplate as a separate model for 1961, and starting with 1960, all Chrysler models adopted the grille appearance from the Chrysler 300F. At a base price of $2,964 ($27,149 in 2021 dollars ), the Newport was the least expensive Chrysler model, intended to appeal to owners of the discontinued DeSoto brand. While the Newport was successful and comprised the bulk of Chrysler production, the base Newport sedans were modest trim package versions of Chrysler’s traditional upscale models, featuring smaller hubcaps instead of full-wheel covers, plain interiors, and a minimal amount of exterior trim. By contrast, the next model up, the New Yorker, retailed for $4,870 ($44,608 in 2021 dollars). Advertising emphasized that Newport was not a compact car, describing it as “a full-size Chrysler in a new lower price range” and using “no jr. editions” as a tagline.

In 1961, the Newport was available as a two-door convertible, two-door hardtop, four-door sedan, four-door hardtop, and four-door station wagon. The base engine for the Newport was the 265 horsepower 361 cubic inch V8. Optional were either the 413 cubic inch or 383 cubic inch that was mostly used in the Town and Country station wagons. All Newports could have been ordered with the 413 either single or dual four-barrel carburetors, and most of the 300 letter car options, except the four bucket seats, center console, and tachometer. A three-speed manual transmission was standard but seldom ordered. The dash had been designed with Chrysler’s push-button controls for the TorqueFlite automatic in mind, with the “AstraDome” instrument cluster covering the part of the steering column a column shifter would come out from under then-standard practice, so manual cars used a floor shifter.  Due to the installation of the “AstraDome” instrument cluster extending outward towards the steering wheel, the traditional installation of the turn signal lever was relocated to the dashboard underneath the TorqueFlite pushbutton gear selectors. It was installed as a sliding lever that would return to the center as the steering wheel returned to the center position.

Station wagons from 1961 through 1964 featured hardtop body styling, with no “B” pillar. The canted headlight approach was previously used by Lincoln, and briefly by Buick, but by 1961 when this generation was introduced the feature was unique to Chrysler.

Because the program to create all-new Chryslers for 1962 was abruptly canceled in 1960, all of the 1962 Newport models, except the Town & Country station wagon, were instead created by taking the front end of a 1961 Newport (updated for 1962) and mating it to the de-finned body of a corresponding 1961 Dodge Polara model. The 1961 Polara’s existing tailfins and taillights were replaced by redesigned rear-quarter panels which furnished the 1962 Newports with finless rear fenders and new taillights.  Similarly, the 1962 Newport Town & Country station wagon was created by mating the updated front end of a 1961 Newport to the body of a 1961 Plymouth Suburban 4-door station wagon. A Plymouth wagon was chosen because it was Chrysler Corporation’s only finless full-sized station wagon.  The Newport was restyled alongside the New Yorker and Chrysler 300 for 1963, with this body style continuing for 1964. The 1963 model year was a major restyle without any tail fins. The 1964s saw the return of small, chrome-topped fins.

We don’t come across four-door hardtop wagons very often, and that’s a shame because the body style has aged very well.

“I have owned the car for over 4 years. Installed 4 new tires, shocks, leaf springs, OEM radiator, rebuilt power steering pump, new brakes/wheel cylinders, replaced all hoses, and a tuneup.
The car is all original except for the paint. Original 361 cu. in. engine and push button automatic transmission.
The car cranks, runs, and drives very well. Cruise at 70-75 mph all day long.
The odometer shows 79,679, and I believe that is the actual mileage. $24,500 cash. “

Show or go: What would you do with this 1964 Chrysler Newport Station Wagon?  Please comment below and let us know!