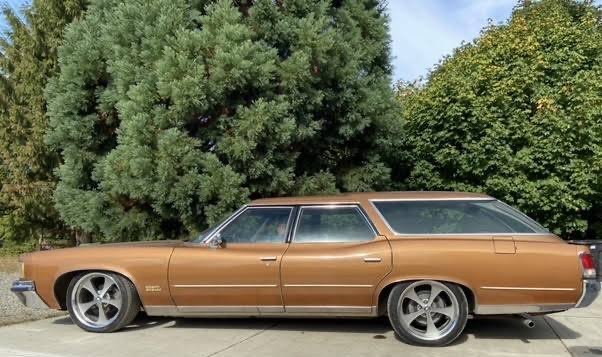 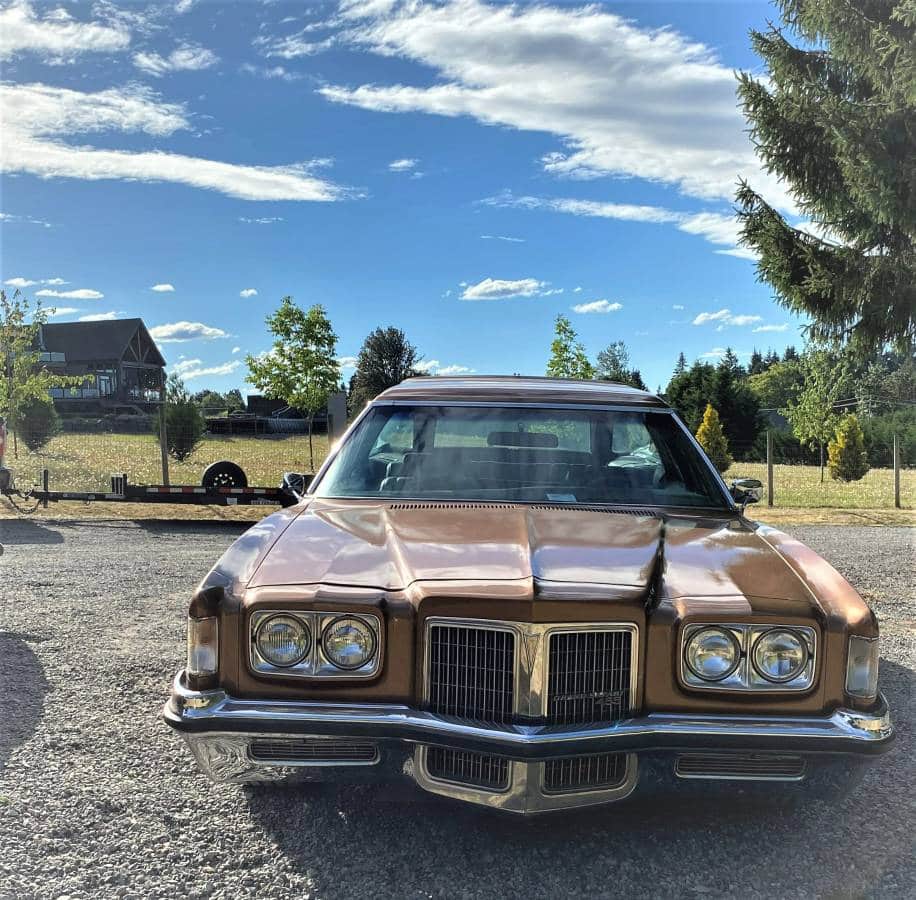 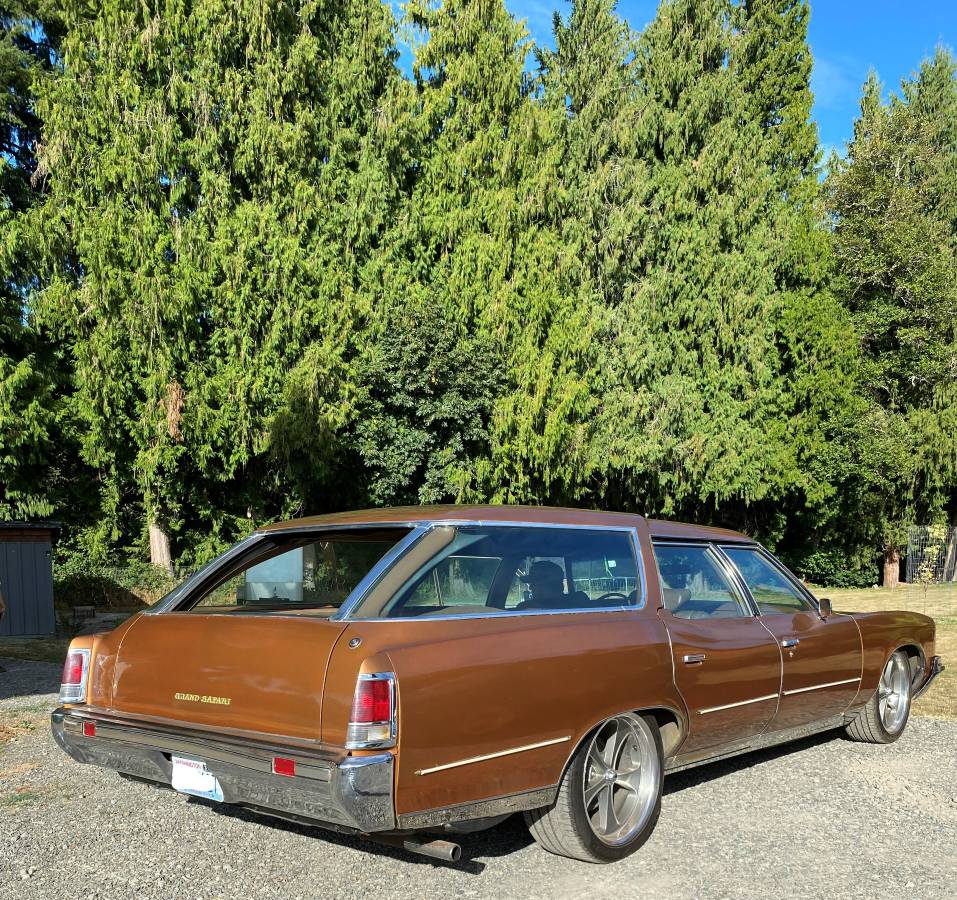 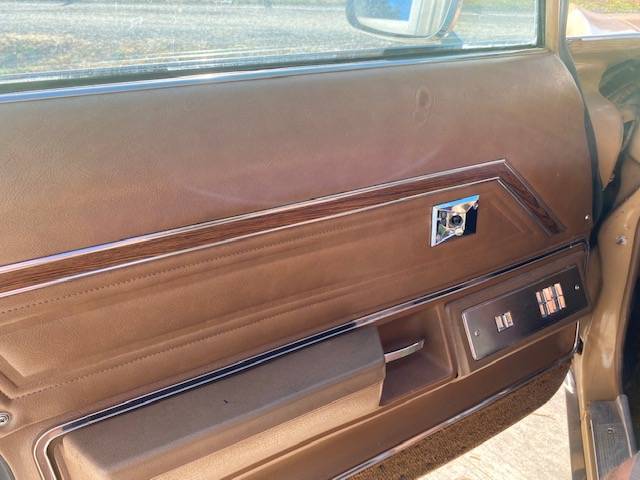 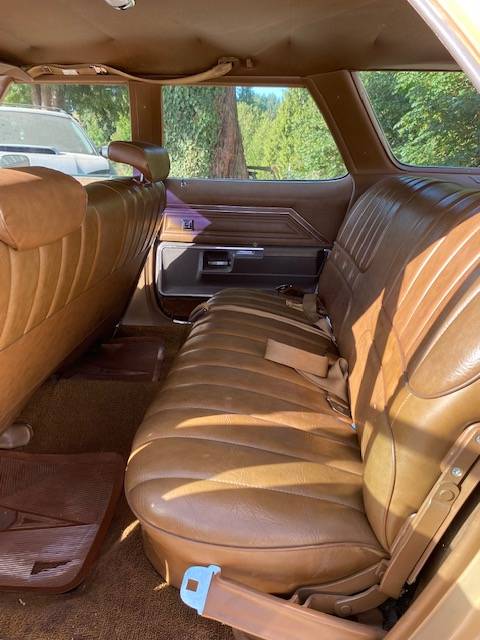 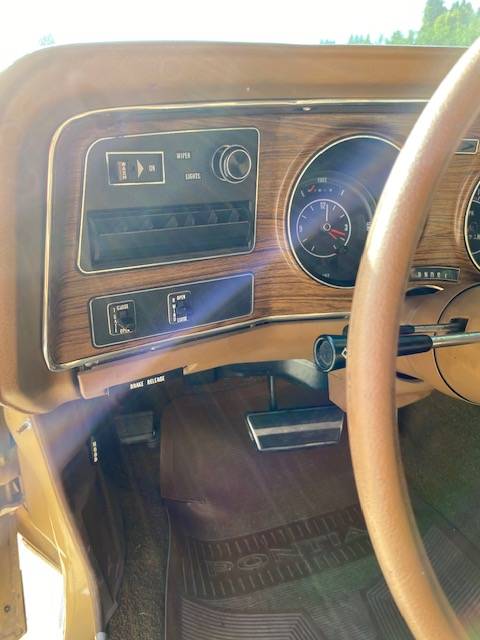 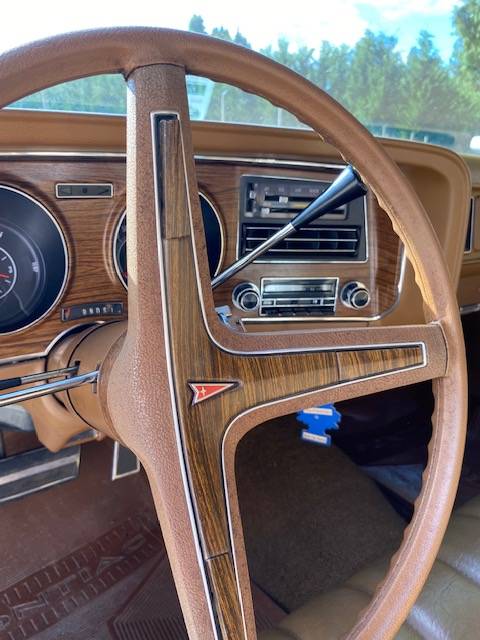 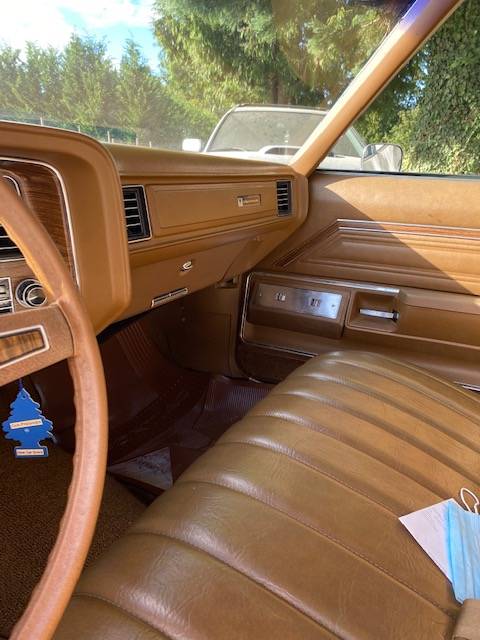 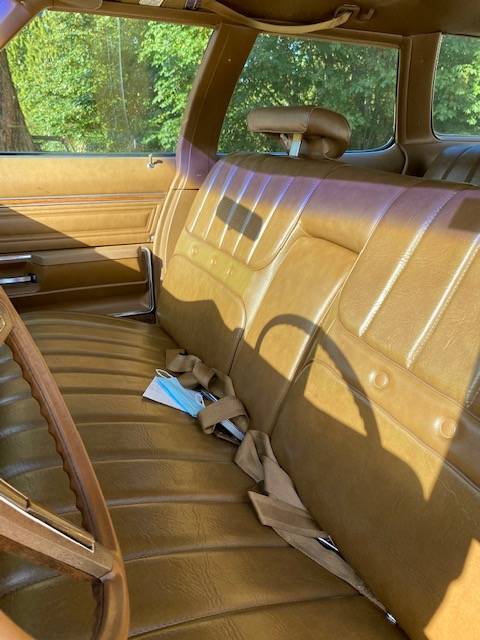 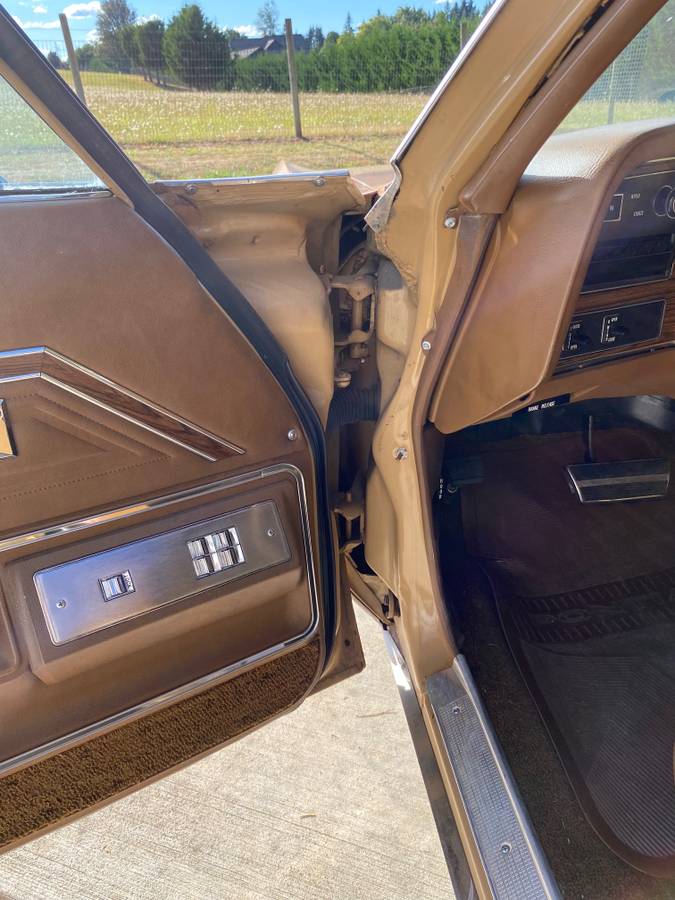 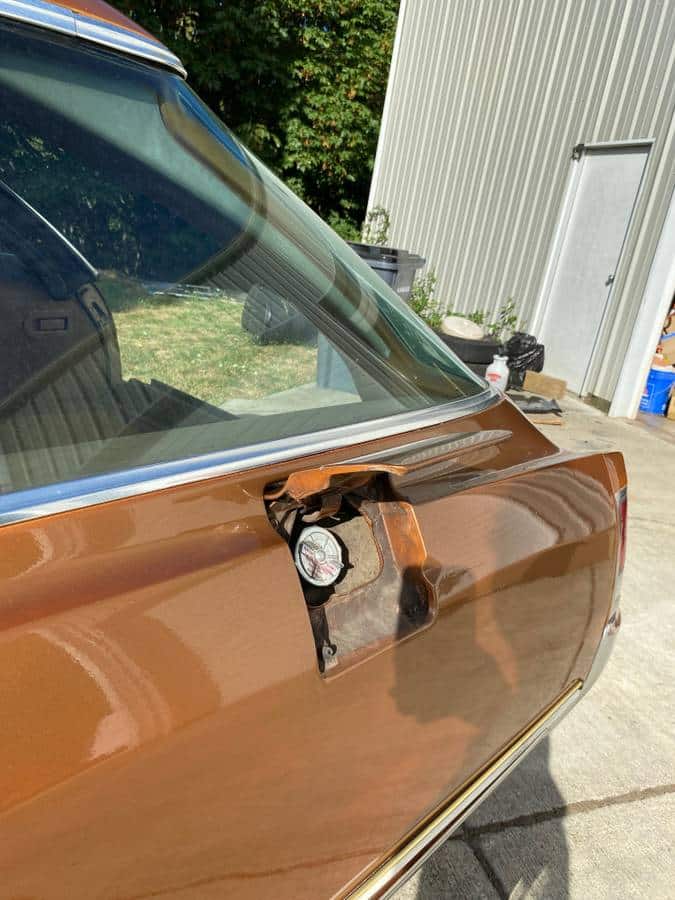 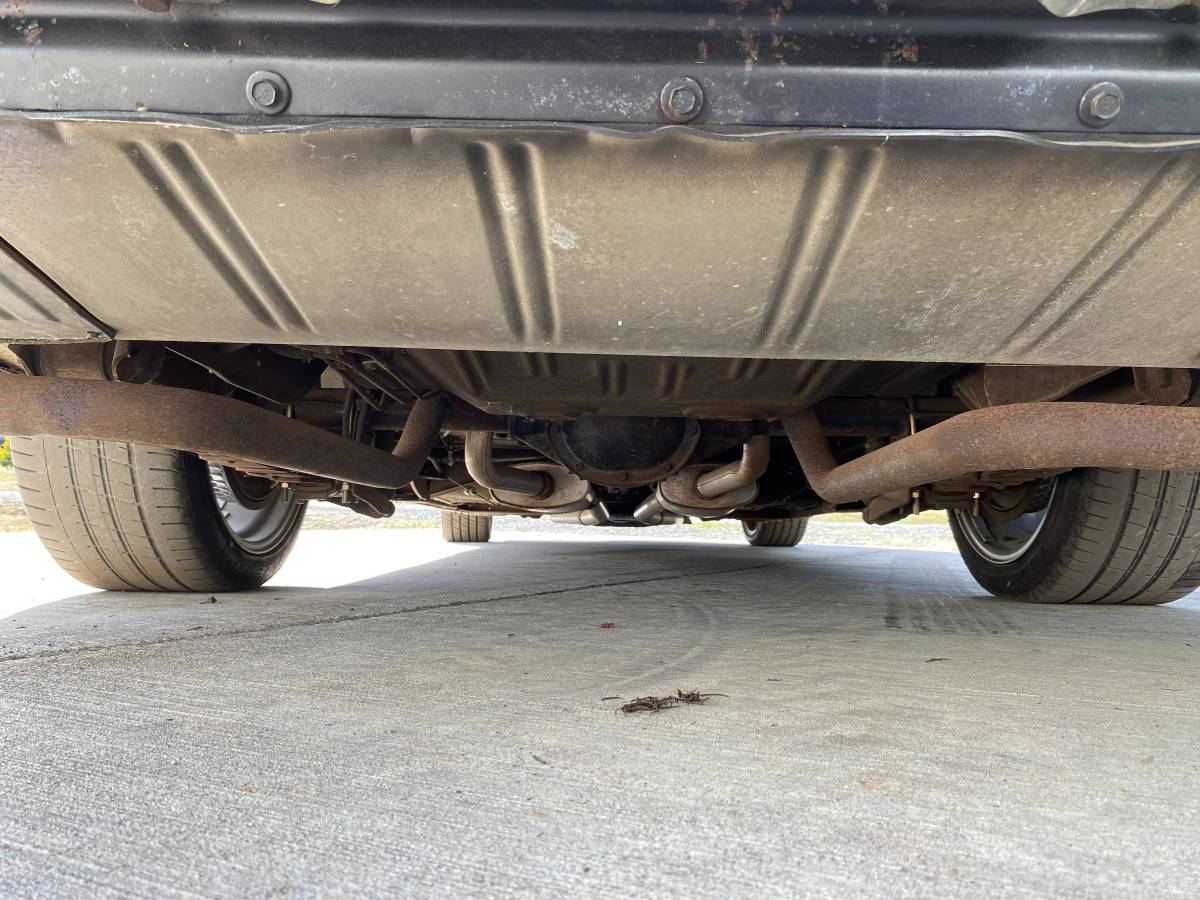 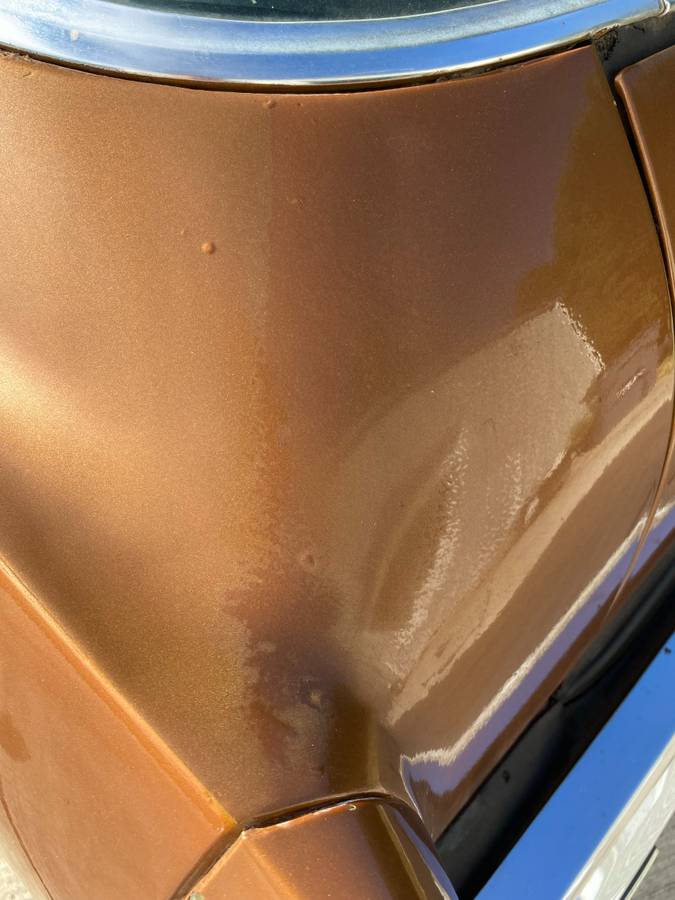 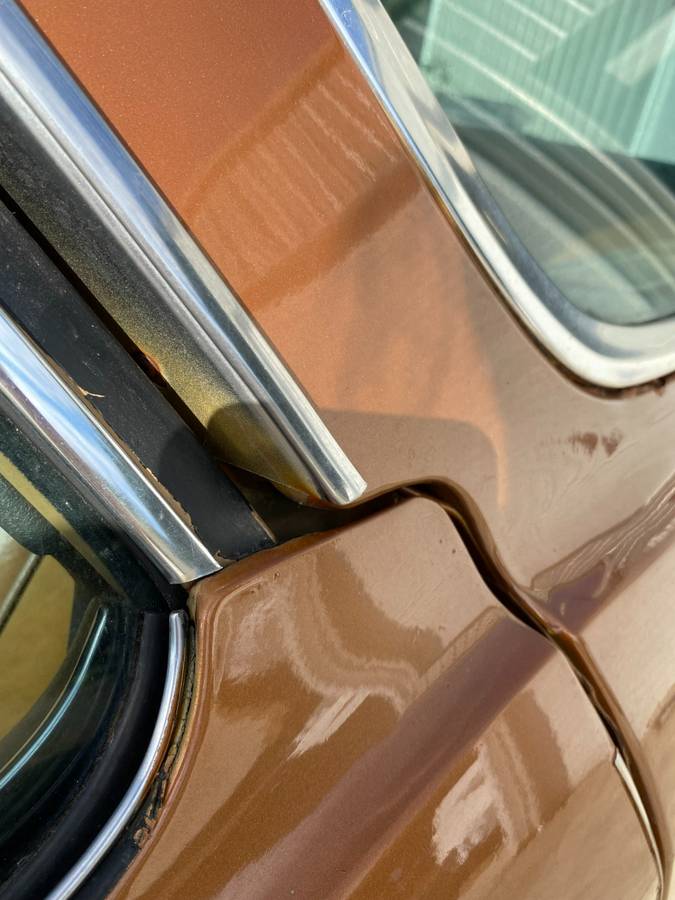 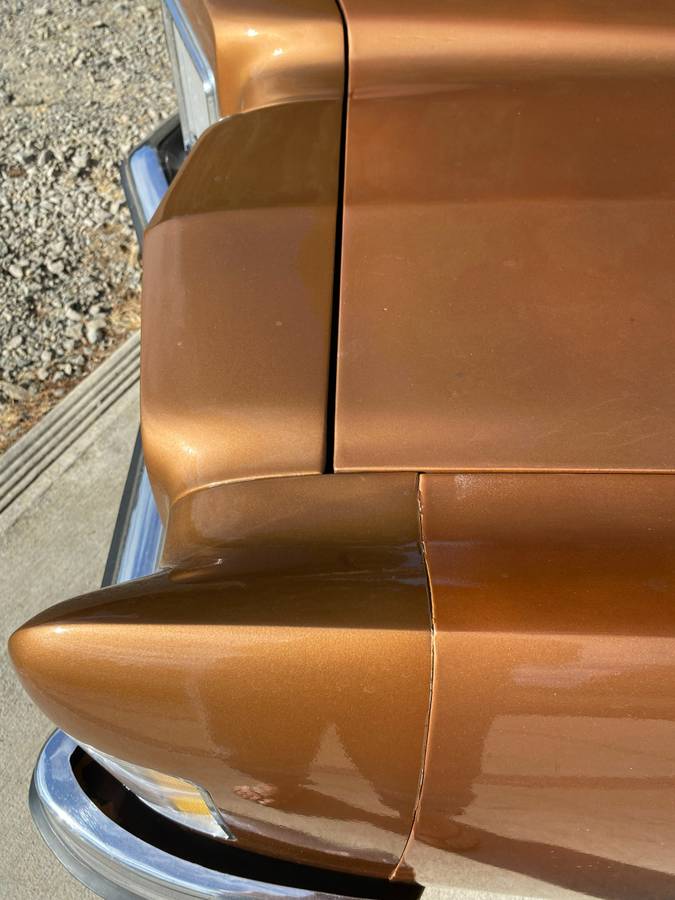 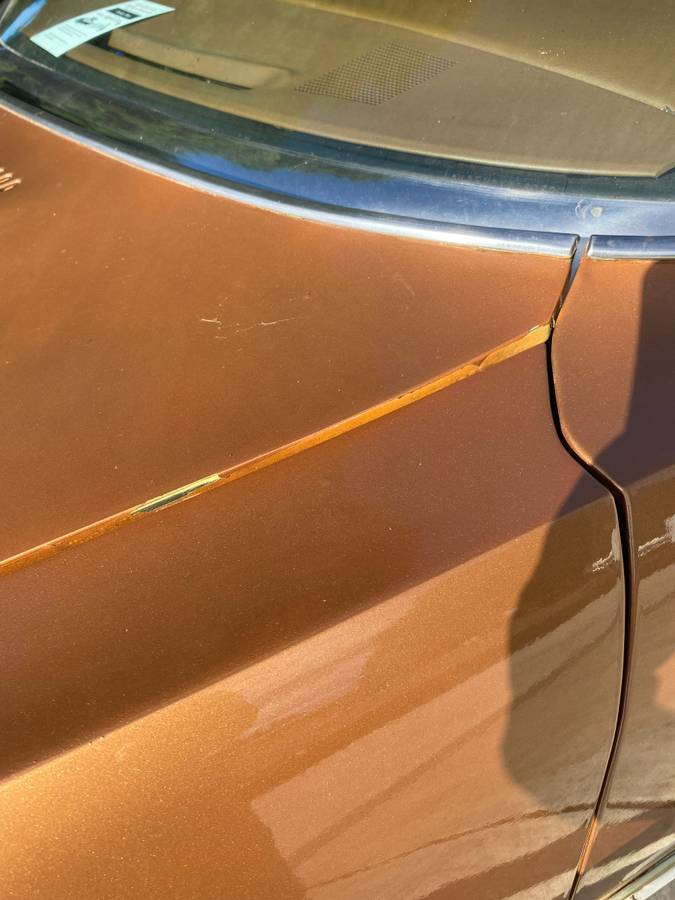 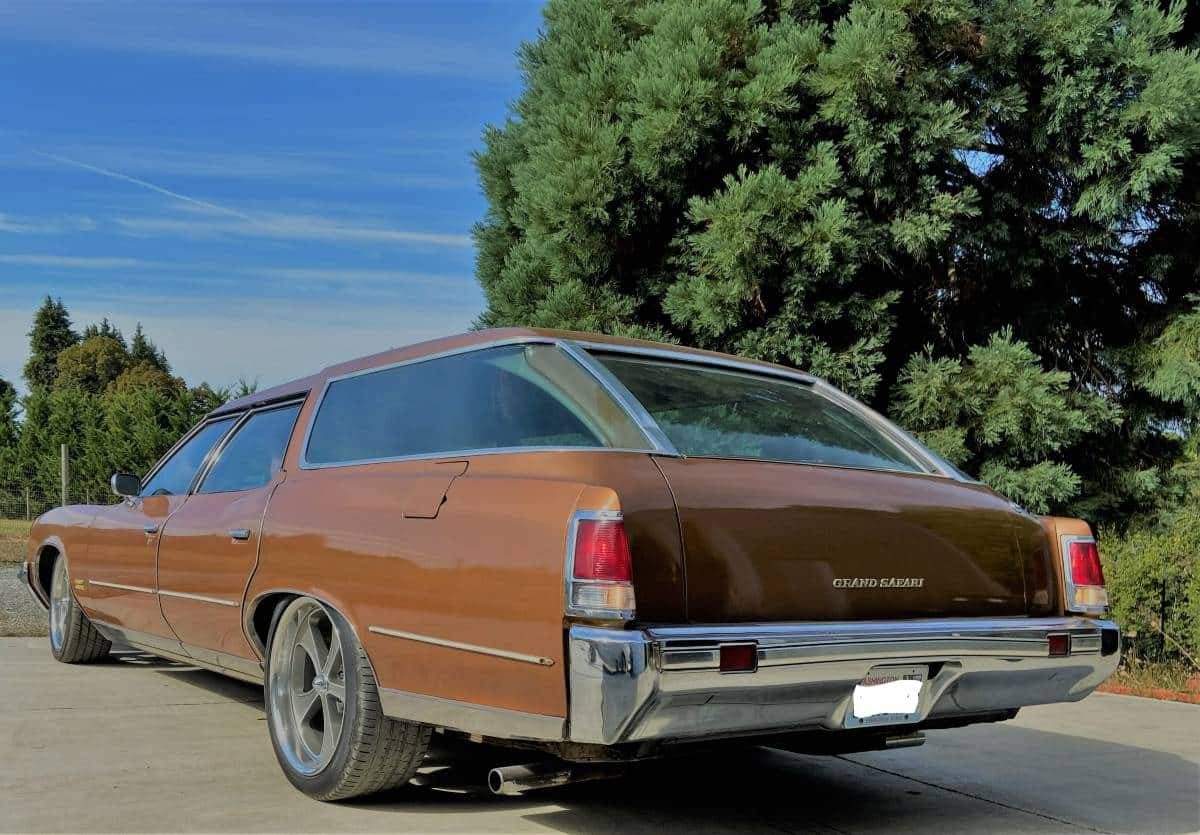 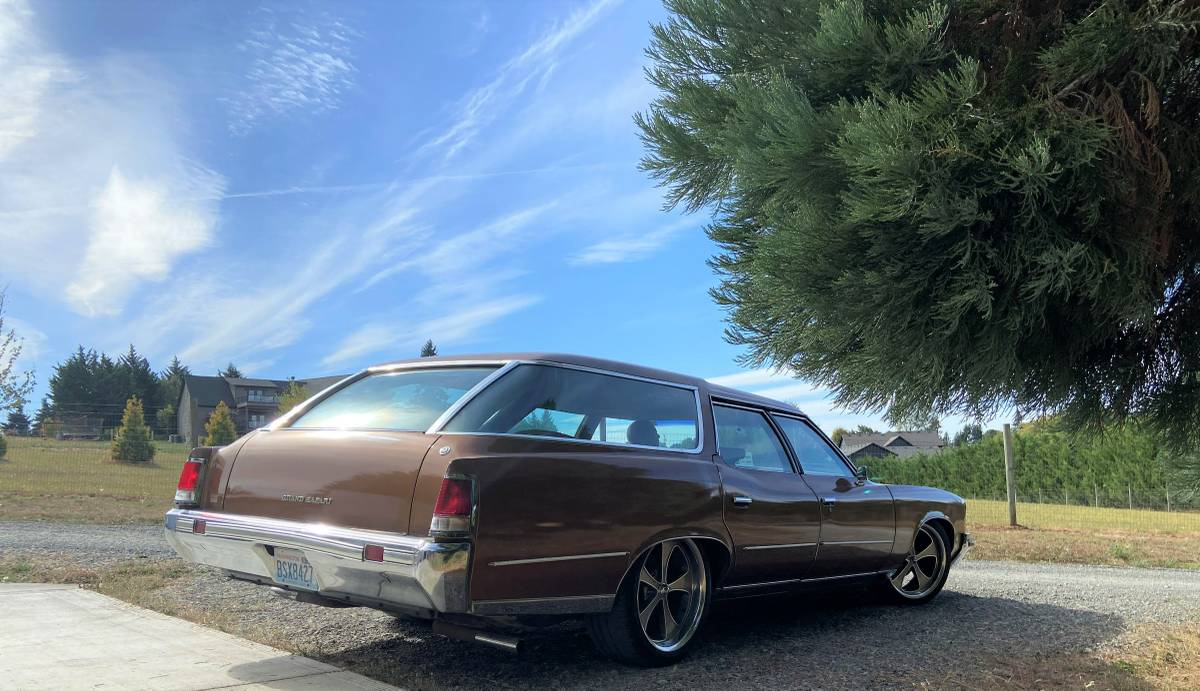 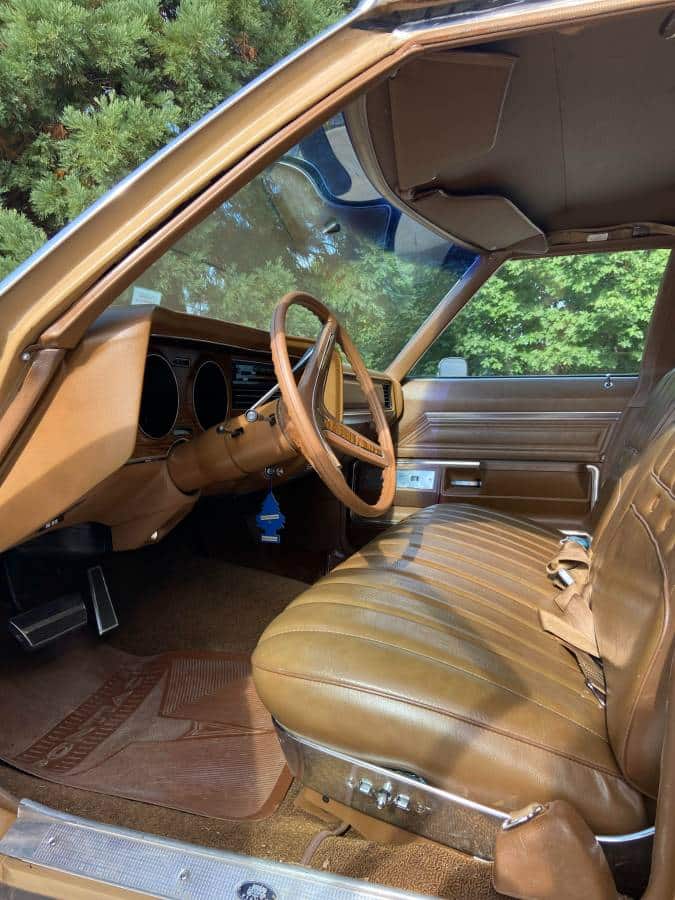 November 8, 2022, Update – We just confirmed the listing for this “Classifind” expired, so with no replacement found, we’re assuming this ride is “Sold?” While this one got away, please reach out either by email or call us directly if you’d like to be informed when we come across something similar.

The generally accepted definition of “Street Rod” is any 1948 or earlier vehicle modified for better performance.  Any post-World War II ride modified similarly is a street machine. The seller of this lightly modified, 23K original mile, 1972 Pontiac Grand Safari originally listed in September 2022 on Craigslist in Portland, Oregon, refers to their clamshell long roof as a hot rod when it’s a street machine.  That nuance aside, this low-mileage Pontiac big block-powered station wagon is a rare beast that appears to be a very solid and well-optioned example.  While the car reportedly has only 23K original miles, we stop short of calling it a survivor as the seller indicates the car’s current copper color was a repaint over the factory tan.

General Motors’ full-size “Clam Shell” tailgate wagons built between 1971 and 1976 are very hard to come by, so finding this example in such great shape was a real treat. The lowered suspension and bigger aftermarket wheels look great on this long roof.  The current caretaker of the past eight years reports the stock wheels will also be included as part of the sale.

Once offered for $13,000, Classic.com, the analytics and search engine for the collector car market, confirms the ask is at the lower end of the one-year rolling average of this guide’s summary for Pontiac Grand Safaris produced between 1971 and 1976.  By clicking on the green dots in the graph below, you can navigate to each comparable car sold as a way to help you evaluate the price of the station wagon featured here:

Pontiac’s full-size station wagon offering through most of the 1970s was the Grand Safari.  Grand Safaris used the grille and interior trim of the Bonneville and Grand Ville passenger car series, and most (but not all) examples were trimmed with woodgrain paneling on the sides and tailgate. The first generation Grand Safaris are known as Pontiac’s version of GM’s “Clam Shell” wagon design produced from 1971 through 1976.  The downsized second-generation Grand Safari lasted only two years before Pontiac rebadged the cars as Bonneville Safaris in 1979.

The 1971-1976 Grand Safari station wagons are among the largest Pontiac vehicles ever built, with a 127-inch wheelbase and 231.3-inch length. At a curb weight of approximately 5300 pounds, a three-row version is also the heaviest vehicle ever produced by the brand. A 400 cubic-inch V8 was a standard engine, with a 455 cubic-inch V8 offered as an option.

The Grand Safari wagons featured a two-piece ‘Clamshell’ tailgate design, marketed as the Glide-away Tailgate. In an industry first, the rear power-operated glass slid up into the roof as the tailgate (manually or with power assist) slid into a recess under the cargo floor. The power system was operated by switches on the instrument panel or a key switch on the rear quarter panel. While heavy and complex, the system was intended to reduce the space needed to load or unload the 19-foot-long wagons in tight spaces.  The clamshell design was not adopted by other automakers, and GM replaced the design with a 3-way tailgate for its 1977 B-body redesign.

The Vintique Motors YouTube Channel features this video showing the Clamshell Tailgate operation on a 1973 Grand Safari they sold in 2021:

In addition to the lowered stance and aftermarket wheels, we love the fact this Grand Safari does not feature the faux wood side paneling that most of these cars came equipped with.  You’ll have to ask the seller whether that was removed when the car received its color change from tan to copper.  We also like how the seller provides detailed pictures honestly showing the defects in the copper repaint.

If you want to make people smile and turn heads when you drive by, get thumbs up everywhere you go, this is your car. It makes people happy.

We are selling our beloved 1972 Pontiac Wagon, copper in color.

It has a big block 455, clam shell back window and gate, A/C, Power windows and locks, interior in near perfect condition, duel exhaust, runs excellent, been lowered 1.5 inches, 20 x 10 rear 20 x 8 front wheels, also comes with factory steel rims and hub caps not installed.
Clean title. NO TRADES.
Very popular at car shows and going down the road gets all the looks. Take the whole family to the cruise in’s or to get groceries, plenty of room for everyone! Literally when you drive into any parking lot, people are taken aback by this car. EXTREMELY LOW MILES – The car has been taken very good care of, we have had the car in our care for 8 years. We don’t know much about the previous owners use of the car, but it seems that it was a sunday driver.
******Small exhaust leak (gasket) and heat/AC blower motor repaired or new fuse. The original color of this car was tan. *****
runs like top, text me your email address and I can email you a video of walk around and start-up
“

Show or go: What would you do with this 1972 Pontiac Grand Safari station wagon?  Please comment below and let us know!