by Jeff Lavery | Sep 2022 | Classifinds, Free For All Friday 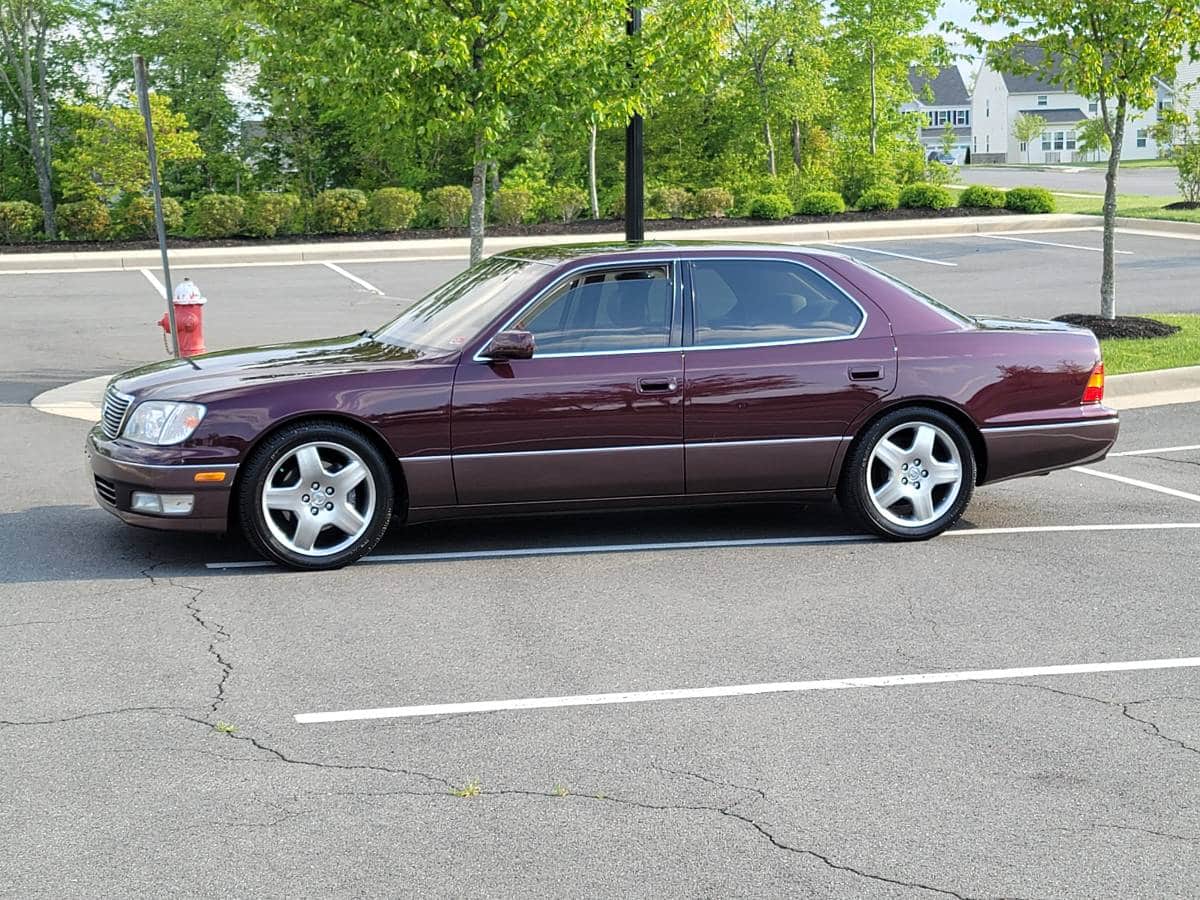 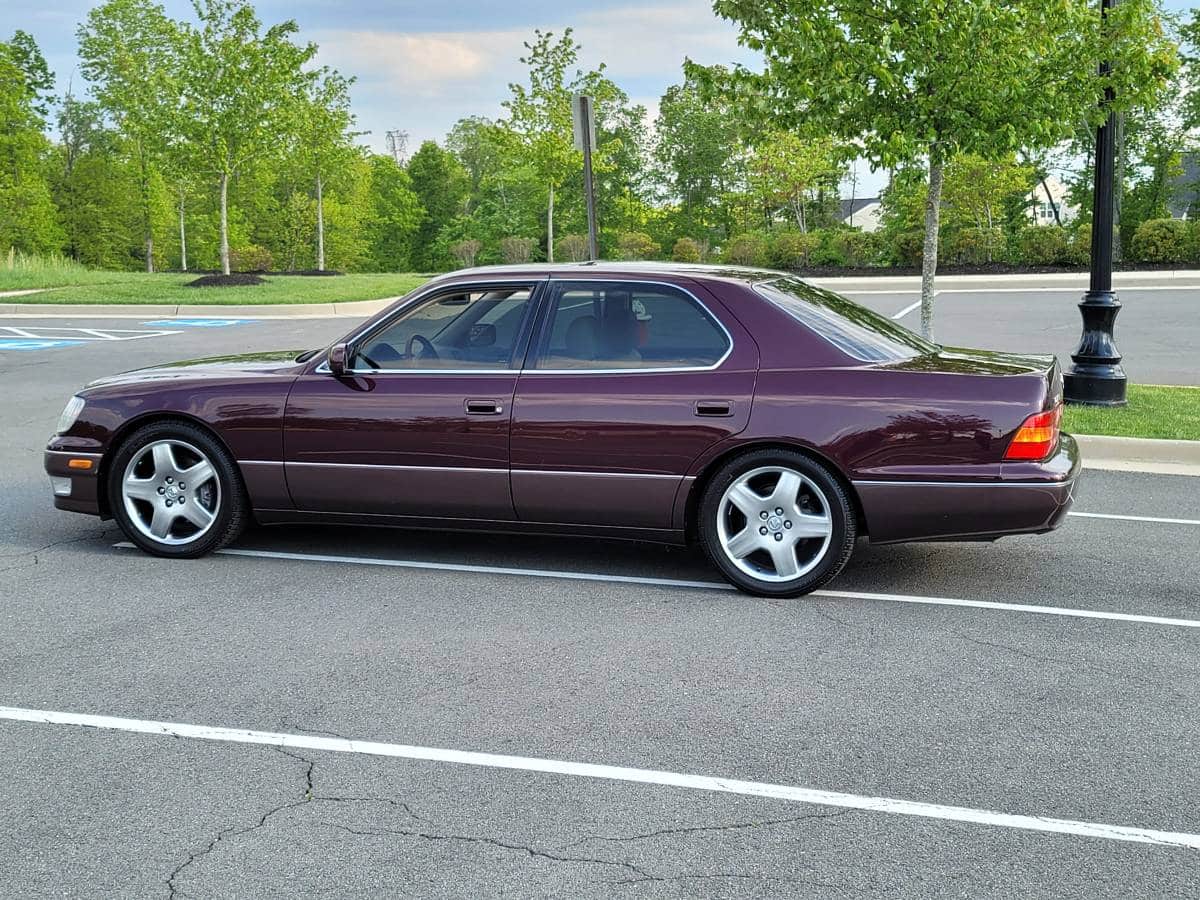 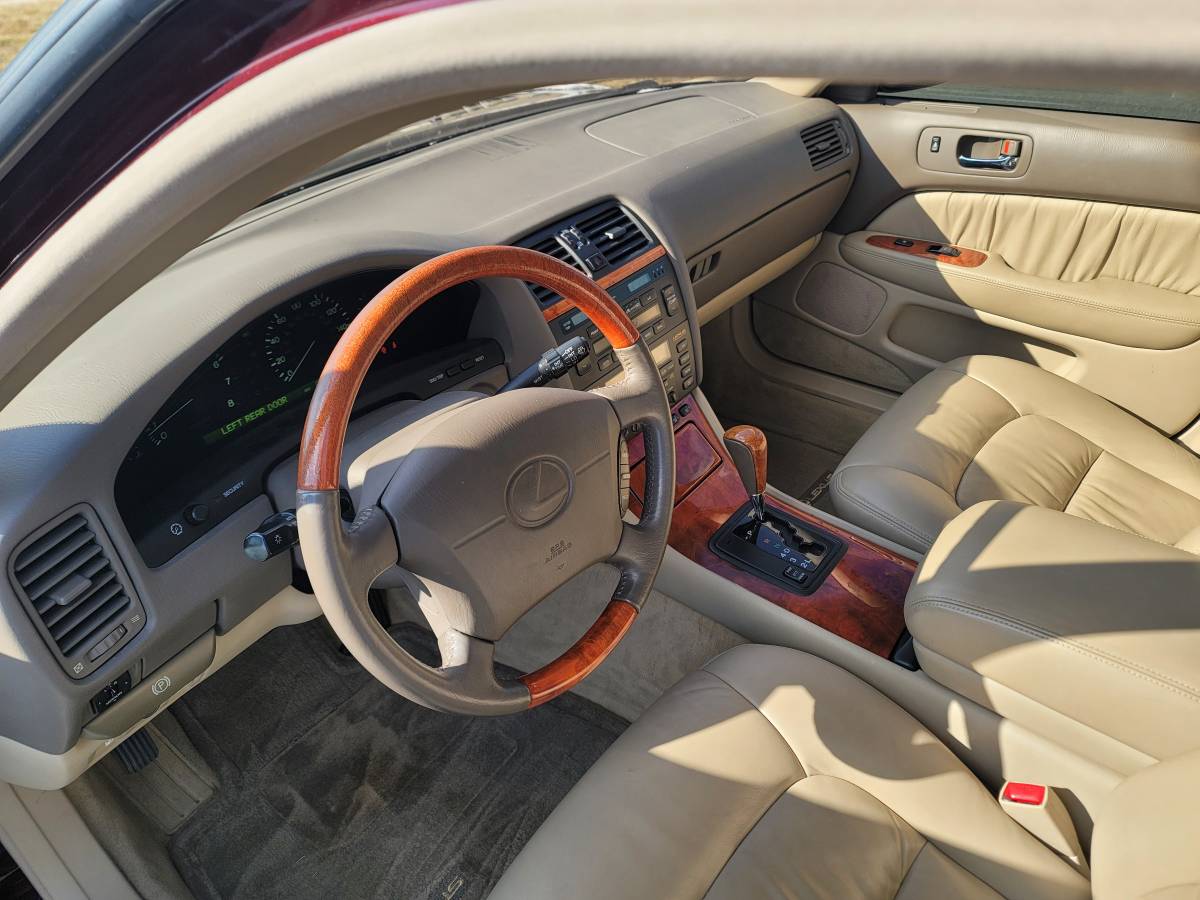 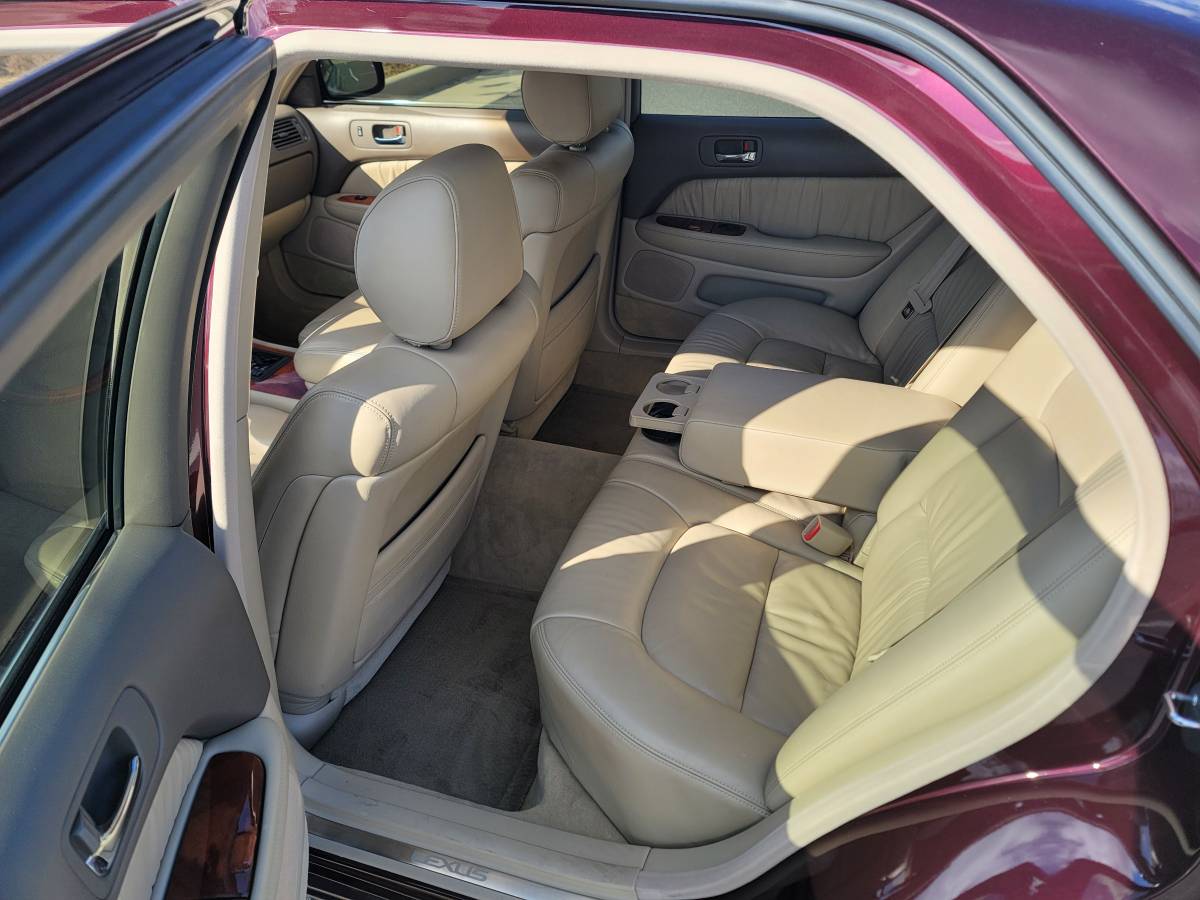 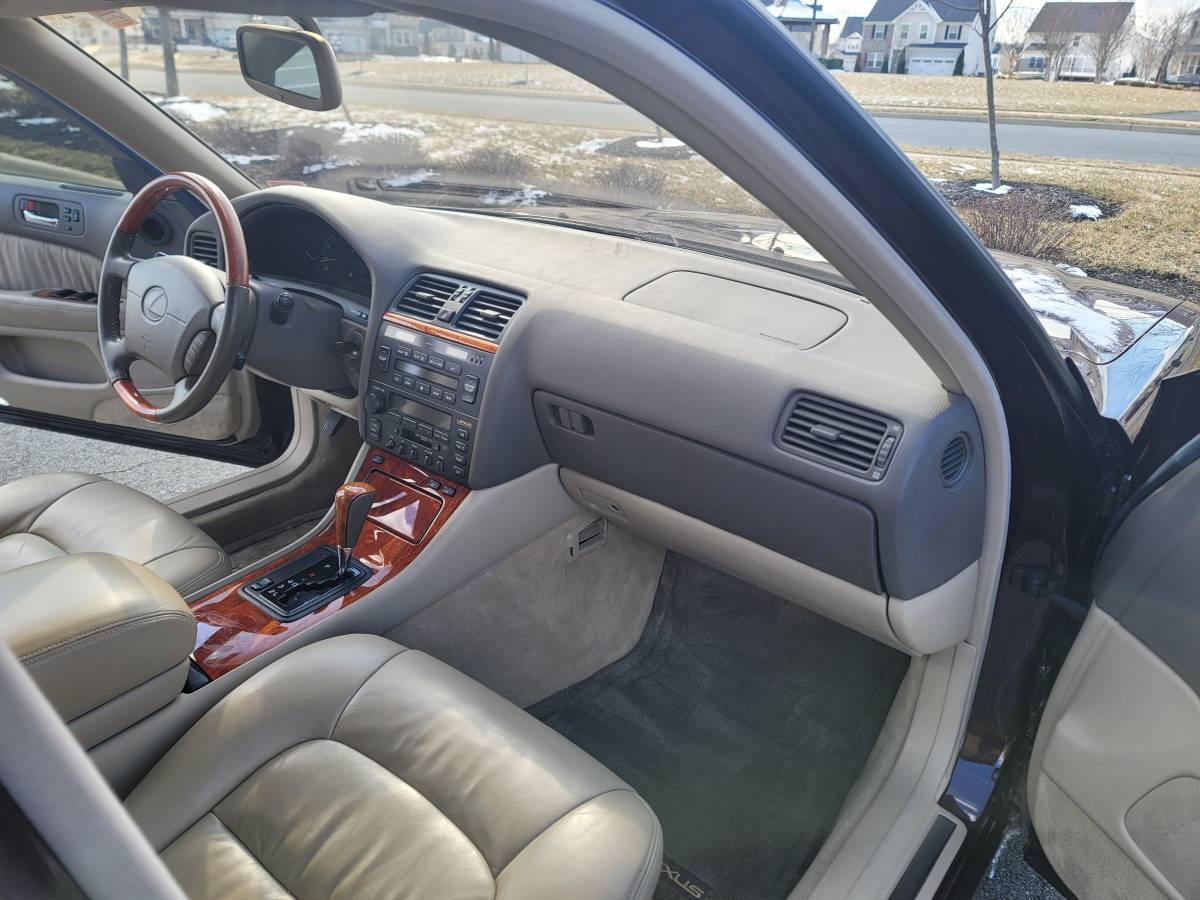 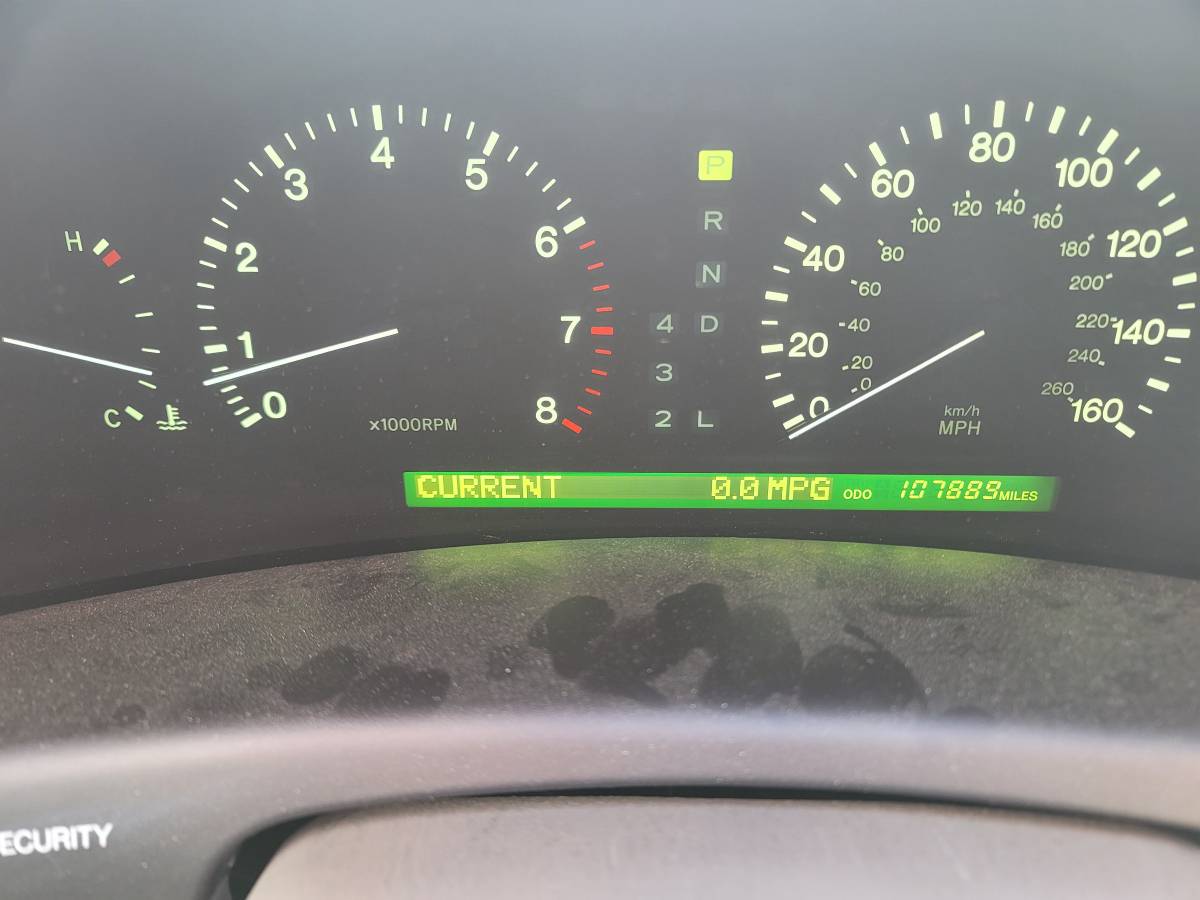 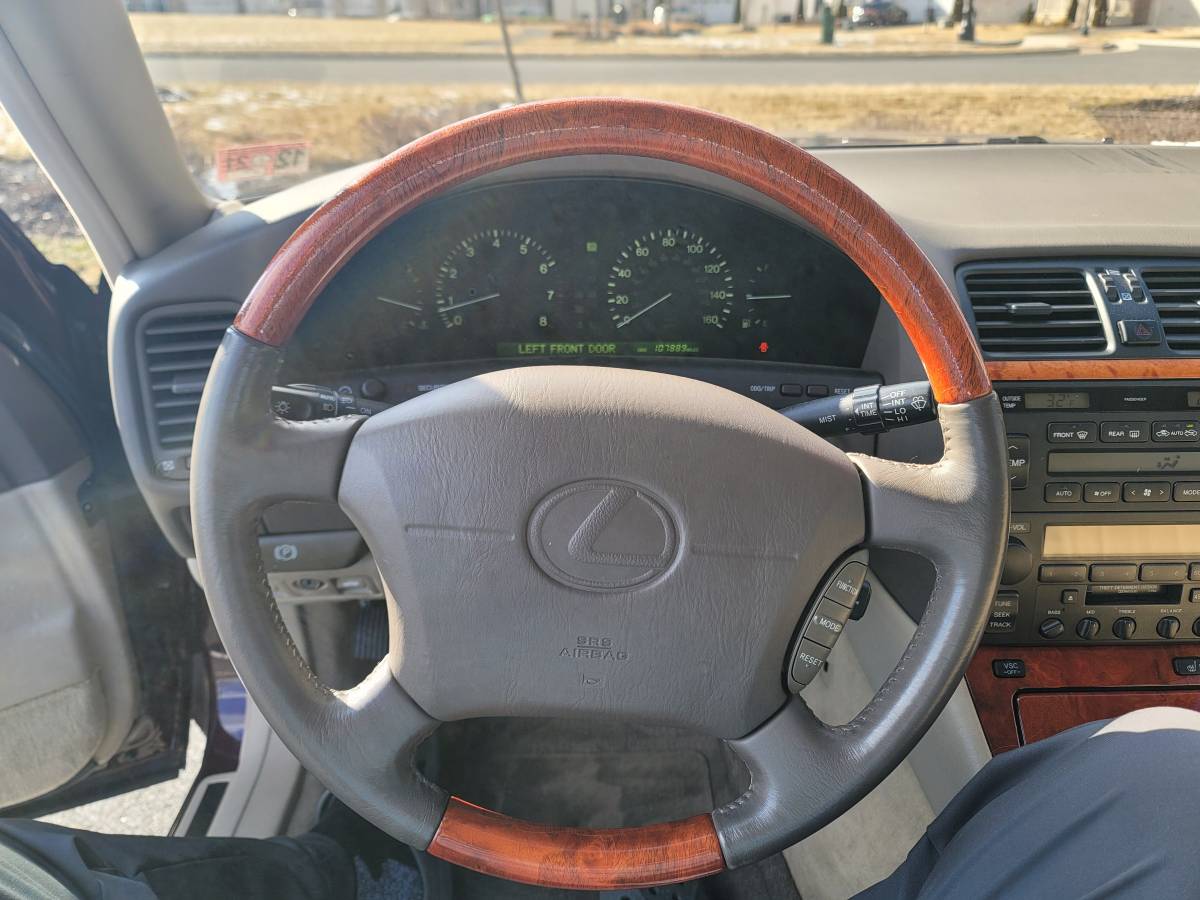 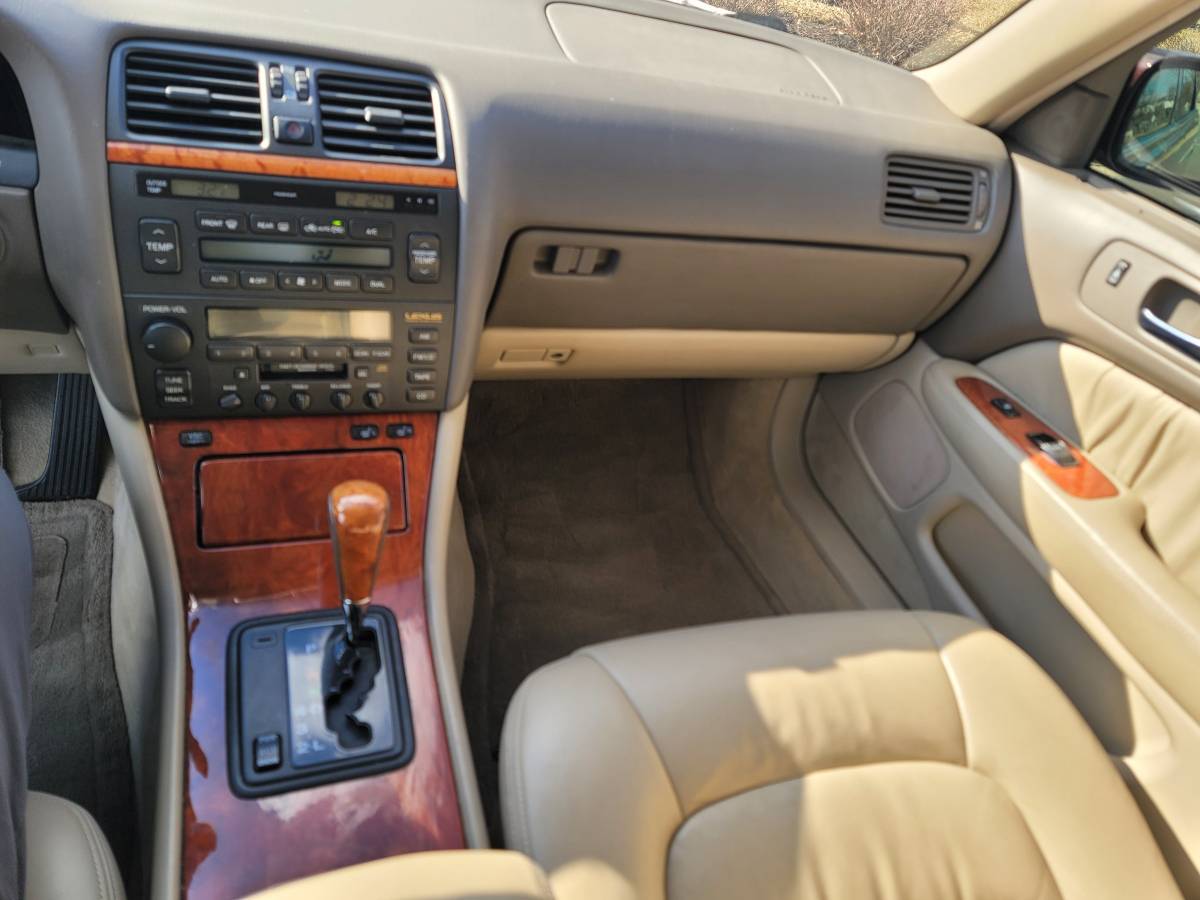 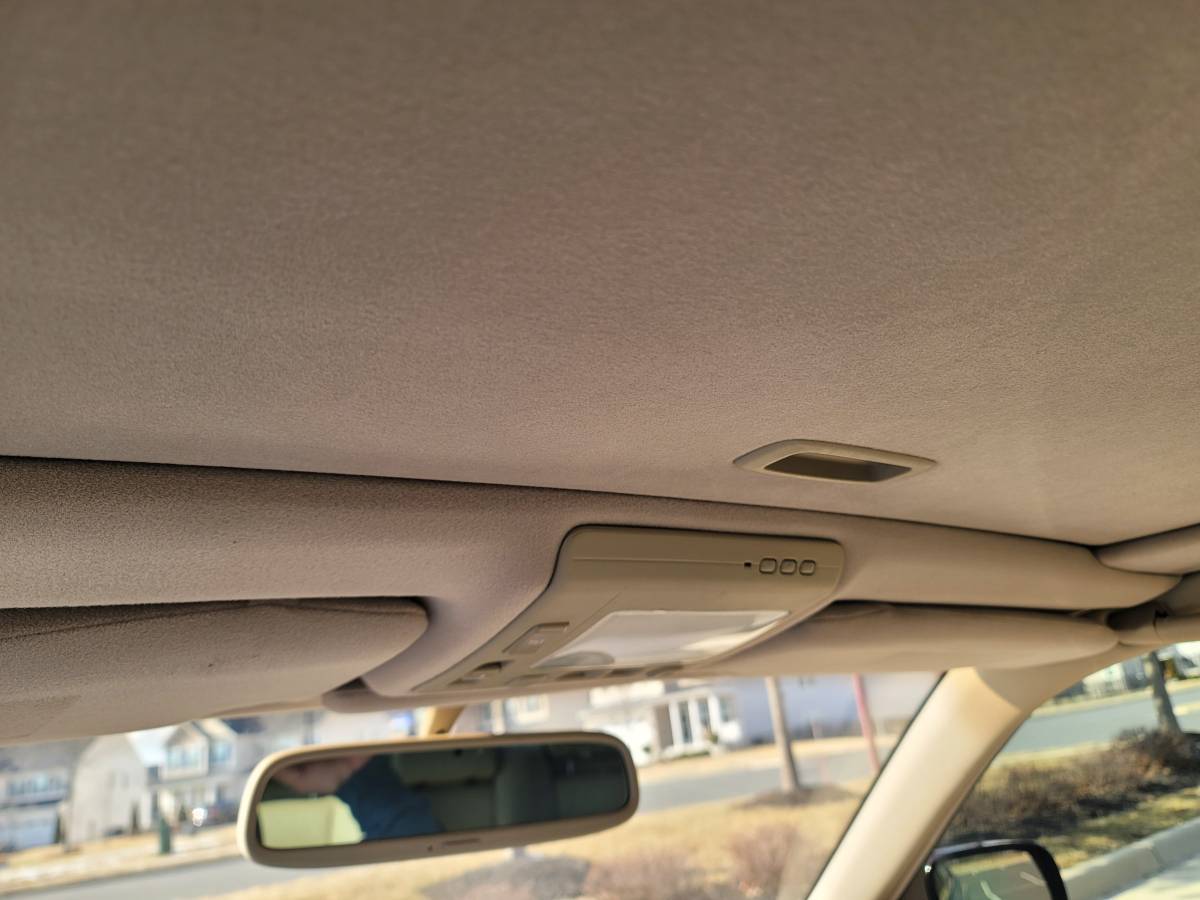 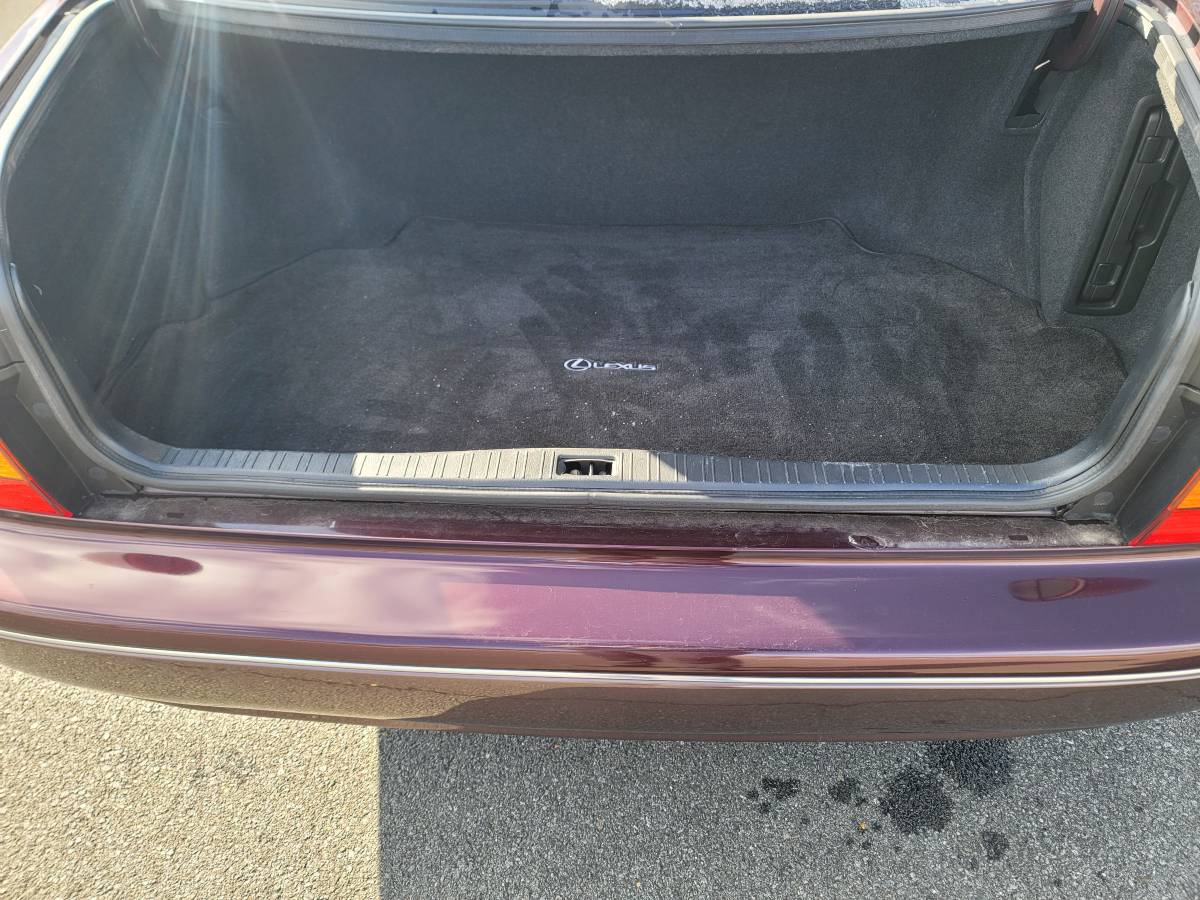 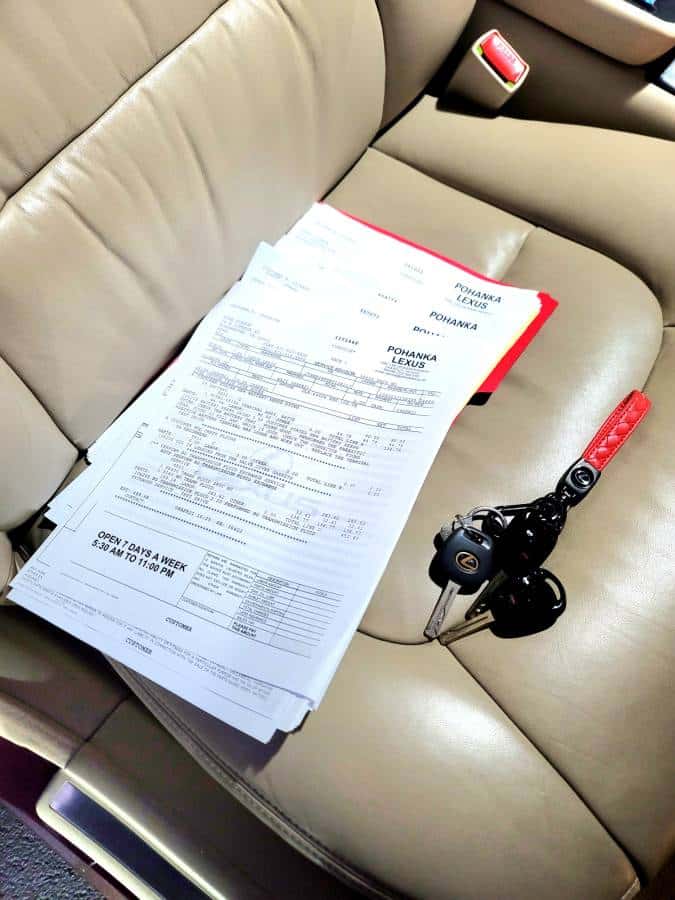 The Lexus LS400 is a model that has quietly achieved modern classic status while we were all staring at some two-door coupe or high-output pickup truck. It’s a benchmark in the luxury car industry, a model against which others are judged. But more than that, we’ve not been paying attention to the LS400 as a genuine enthusiast car, one that can be modified in addition to being enjoyed for its obvious virtues as a whisper-quiet luxury sedan. The seller’s car belonged to his father and sat in the garage largely undisturbed from the early 2000s until this year after his father developed dementia. The seller originally listed the car in September 2022 on Craigslist in Winchester, Virginia, for $10,000. Comparing that price against the Classic.com model guide shows that the seller is asking for reasonable money, given that the average sale price is now $14,431.

It’s amazing how certain cars achieve a foothold in the automotive community based on the strength of their character. In other words, certain vehicles achieve an instant mystique because they do one thing better than any other model. The Porsche 911 is always considered a benchmark against which other sports cars are judged; the Corvette, the muscle car that one-ups itself every chance it gets; the Mercedes-Benz G-Class, an SUV that just gets brawnier and faster with each passing iteration (even though no one was asking for more power); and so on. The LS400 was built in a similar tradition to the Miata in that Lexus wanted to create the ultimate luxury sedan. Mazda studied the Lotus Elan in-depth to build a better version of the classic British sports car, and the LS400 was intended to upstage the classic Mercedes-Benz S-Class. To this day, it’s hard to say who did it better, but the LS400 absolutely deserves our respect as a car every enthusiast can appreciate for being relentless in its goal of being the best.

We always get a bit nervous when we hear about a car that belonged to someone’s father and then end up modified by the offspring. After all, the previous generation tends to be more conservative about making alterations to what is otherwise a well-built car with no real shortcomings. But in this case, credit must be given to the current caretaker for making some very wise improvements that barely register to the outside world as modifications. The seller has installed Tanabe Revel Touring coilovers in pursuit of a more balanced ride while also giving the car a subtle drop. He also upgraded the rolling stock to the alloy wheels from the later LS430, which help fill out the wheel wells a bit more but don’t appear to be a drastic alteration from stock. The car has been extensively serviced by the local Lexus dealer and will come with over 20 years of service records from his father’s stewardship. When buying a benchmark, you want one true to the original form. And even with its subtle modifications, this LS still strikes us as an authentic luxury liner.

“Selling a 1998 Lexus LS400 in excellent, collectible condition, with low miles. This car was my father’s and was meticulously cared for since he purchased the vehicle Lexus Certified, as a second owner, in 1999. Unfortunately, my father got dementia in the early 2000s and the vehicle sat undisturbed in his garage until it was given to me earlier this year (2022). When I got the vehicle, all I needed to do is put a new battery in (Interstate), and it purred on start-up and drove smoothly to my home. Dad included all service records in a folder, covering the last 20+years of service from Lexus Dealerships along with 3 Keys, (2 remote, 1 valet).

Since I have had the vehicle in my possession, I took it too the Lexus Dealer myself for a general inspection/look-over. Pohanka Lexus in Chantilly, VA looked the vehicle over and determined it was in excellent condition minus a oil change, trans flush, and small leak in the valve cover gasket. I took the car to My Dad’s Automotive Service in Chantilly VA, who specializes in Lexus, to have this gasket replaced and had Lexus do the trans flush (Again all records of service are kept).

Next, I decided to put some new tires (Michelin Defender series) on it and figured while I was at it I would “modernize” the wheels but keep a stock look and opted to go with the OEM Lexus LS430 wheels. While the suspension was soft and smooth, after some research, I reached out to the guys at P-Tuning in Manassas VA to install a smooth but sportier suspension/ adjustable coil-overs (Tanabe Revel Touring) and the ride was exactly what I was looking for. LA-Tint installed tint in Manassas VA, it is %40 all the way around using their top tier, Formula One Ceramic Film. Lastly, I had P-Tuning install side marker lights like the Japanese versions that came off the assembly line back in 1998.

*I will also include the OEM wheels and the old suspension if you wish to return the vehicle to %100 original condition.

Finally, I had the car’s exterior professionally detailed, clay barred minor blemishes, and waxed. This car’s paint quality and shine is stunning compared to modern standards.

As the pictures will show, the only things I would point out keeping the car from being in show room condition is some small dents, paint chips and a few areas with surface level rash. I was quoted $1k to get all the minor dents pulled, and I do believe a paint correction would go a long way to buff out a lot of the imperfections from just being a 25 year old classic. I have NOT detailed the engine bay or detailed the interior of the car, the leather is in pristine condition, no cracks or tears anywhere, the backseat.. I don’t even think was sat in but a handful of times.

This vehicle has a CLEAN title with NO salvage, water damage, wrecks etc..

Thank you for looking, feel free to text me and additional questions you have – Kirk”

The gold standard: the LS400 has always been the benchmark but should it be appreciated as more than that?