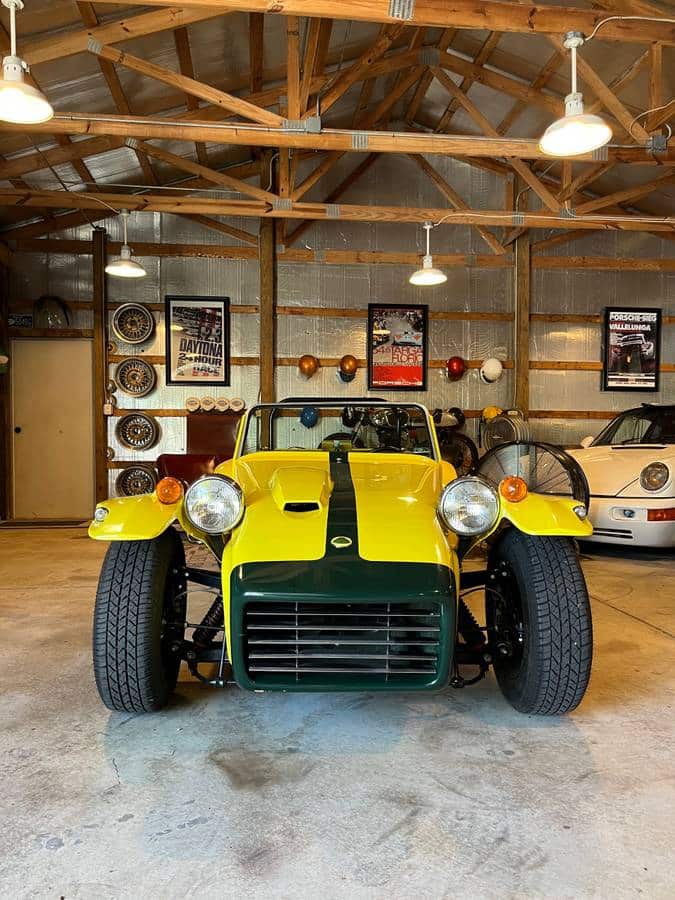 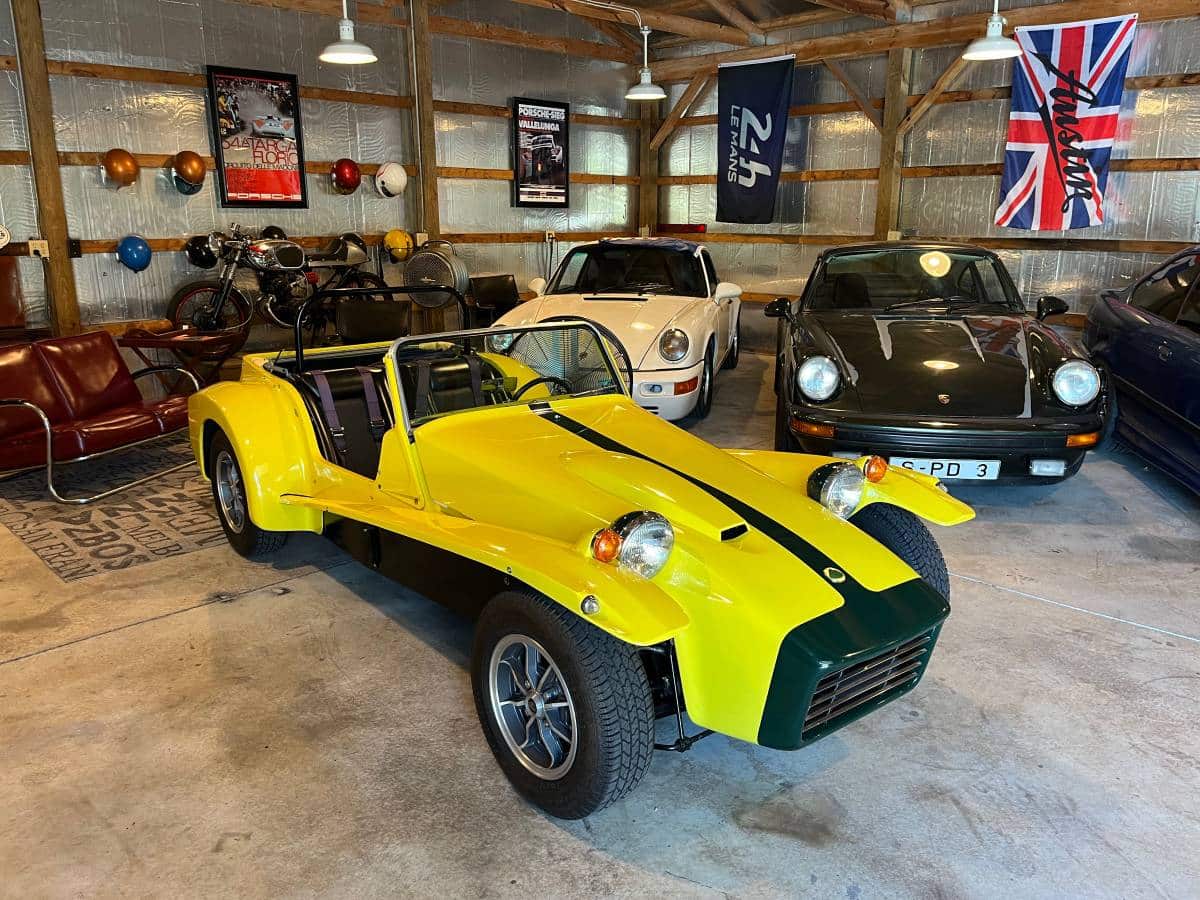 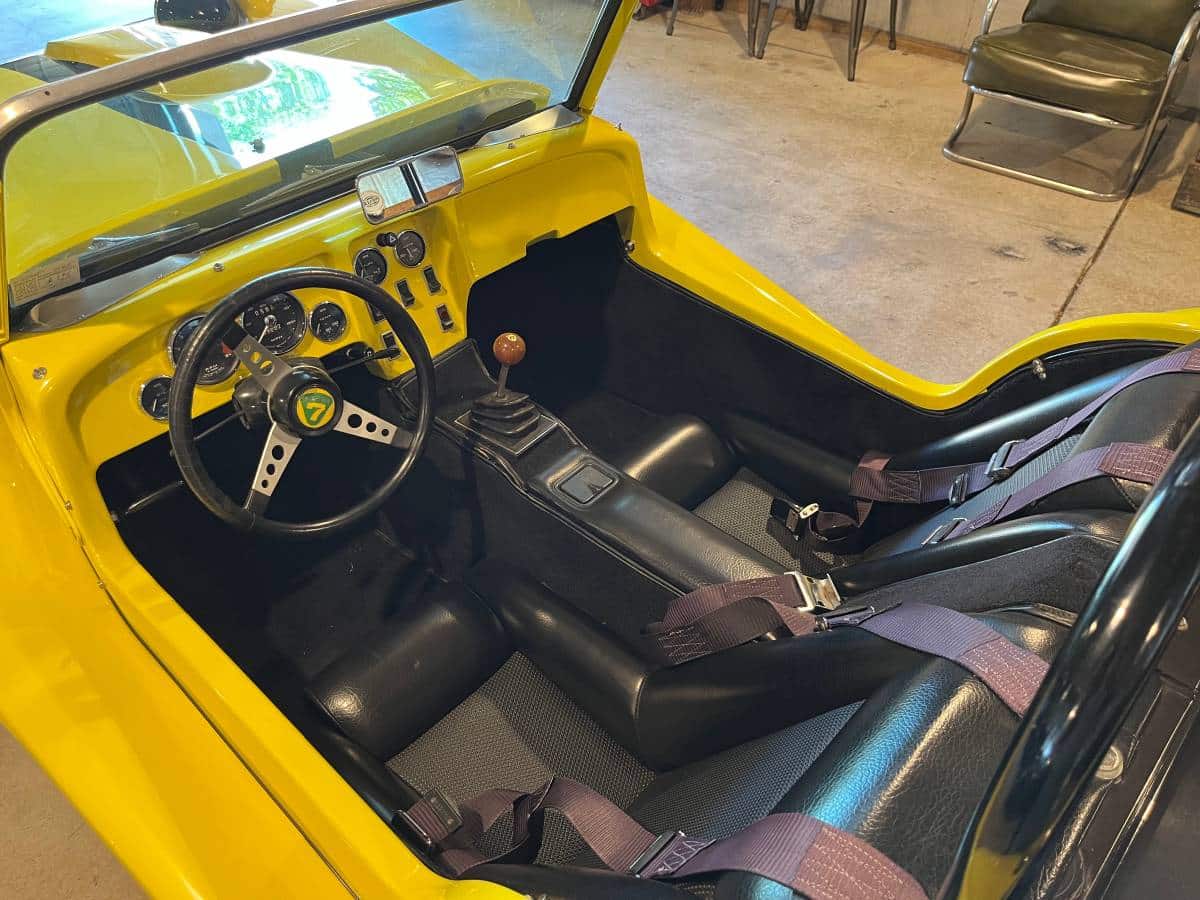 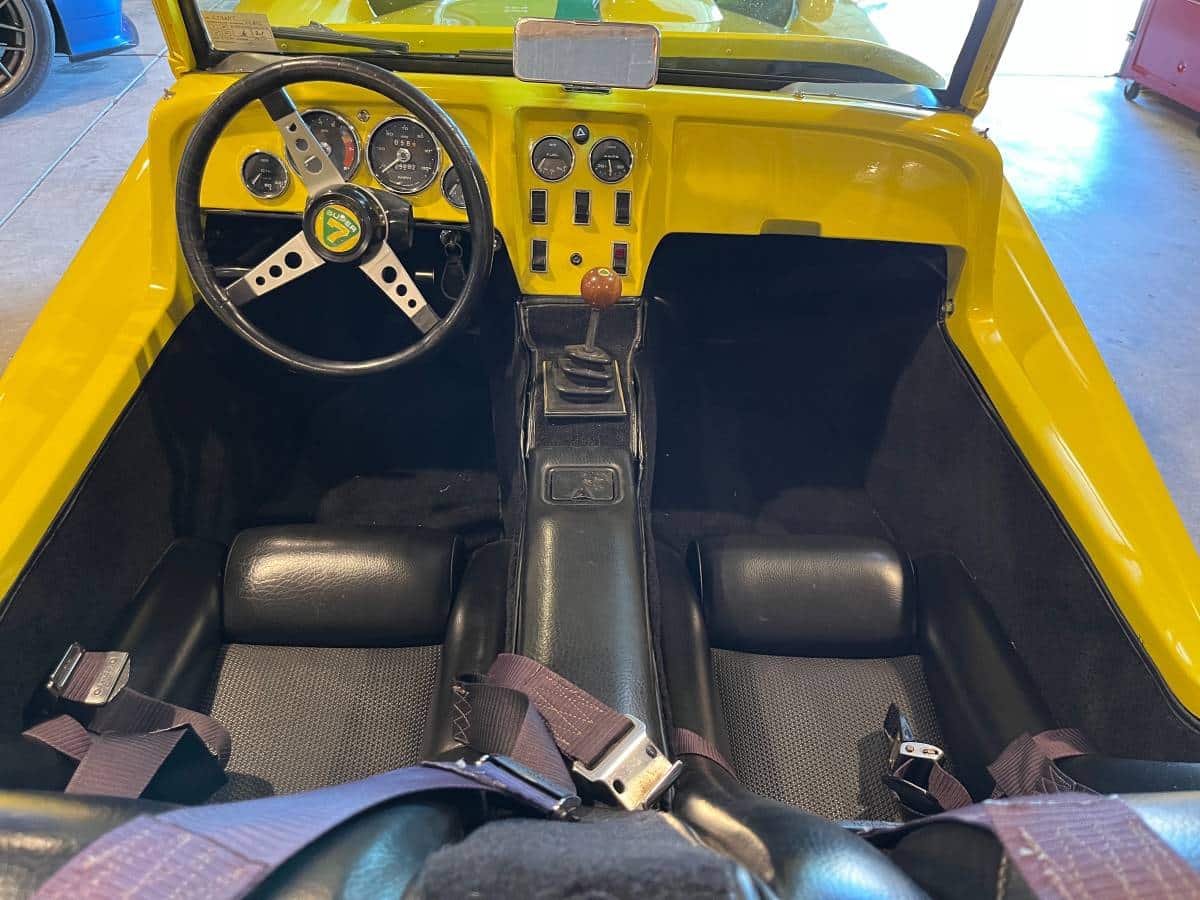 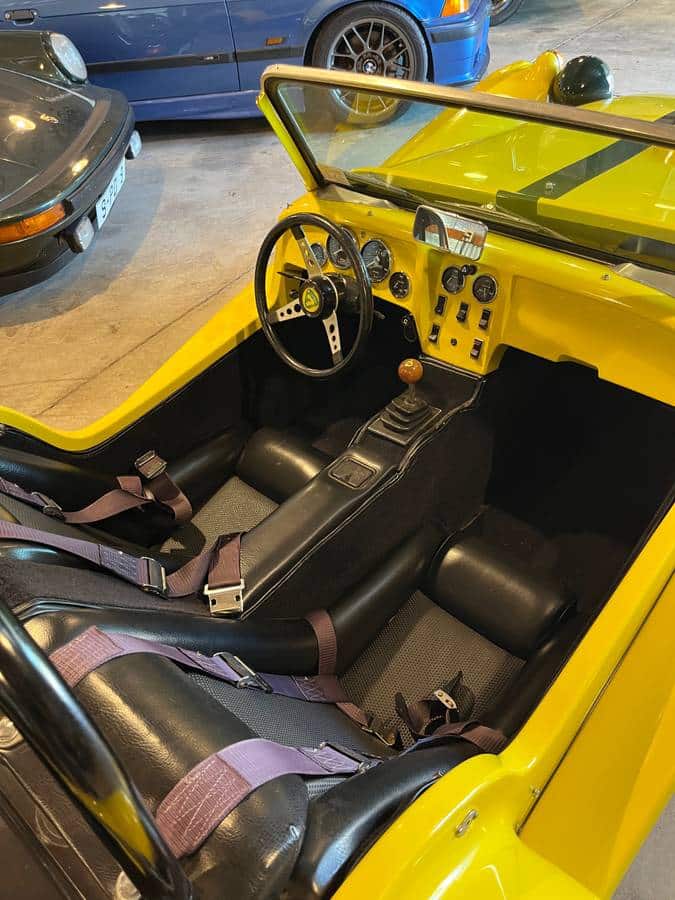 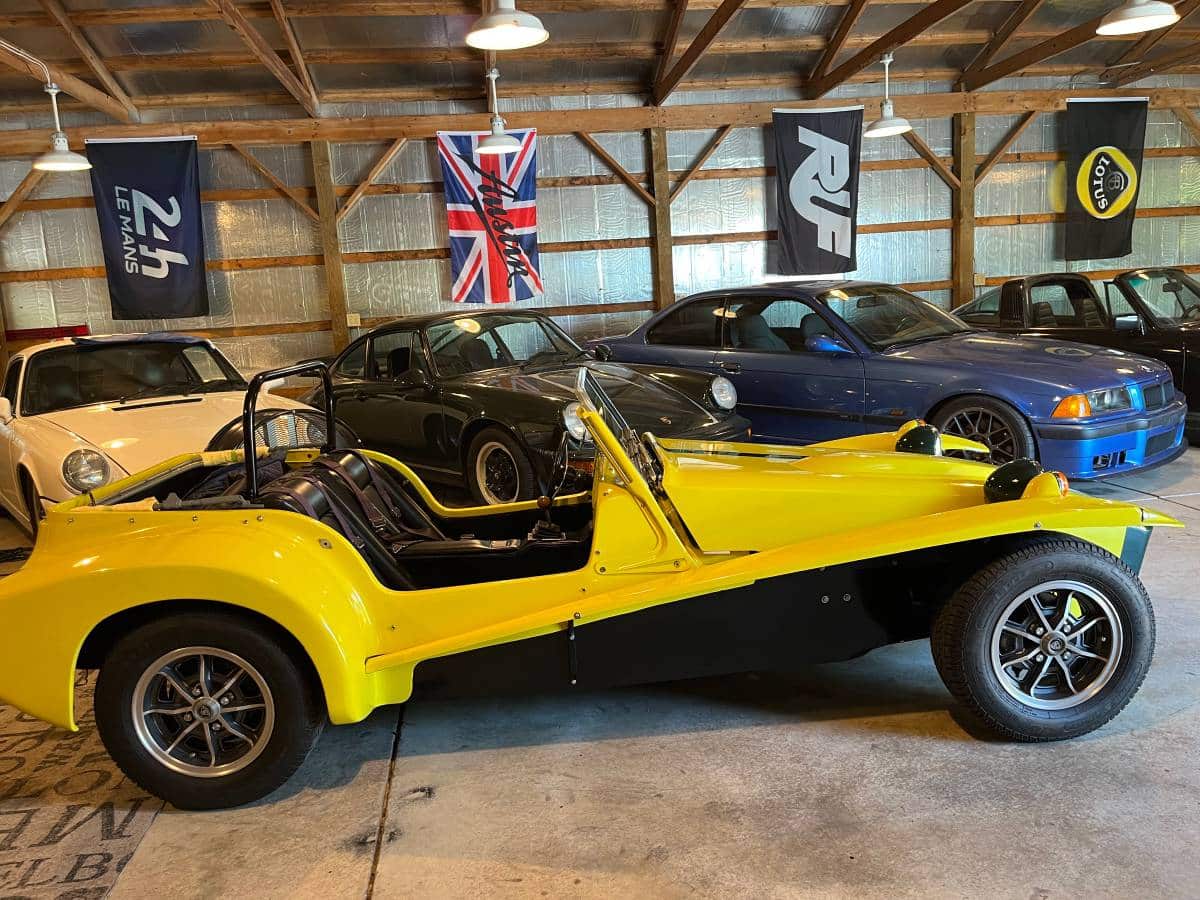 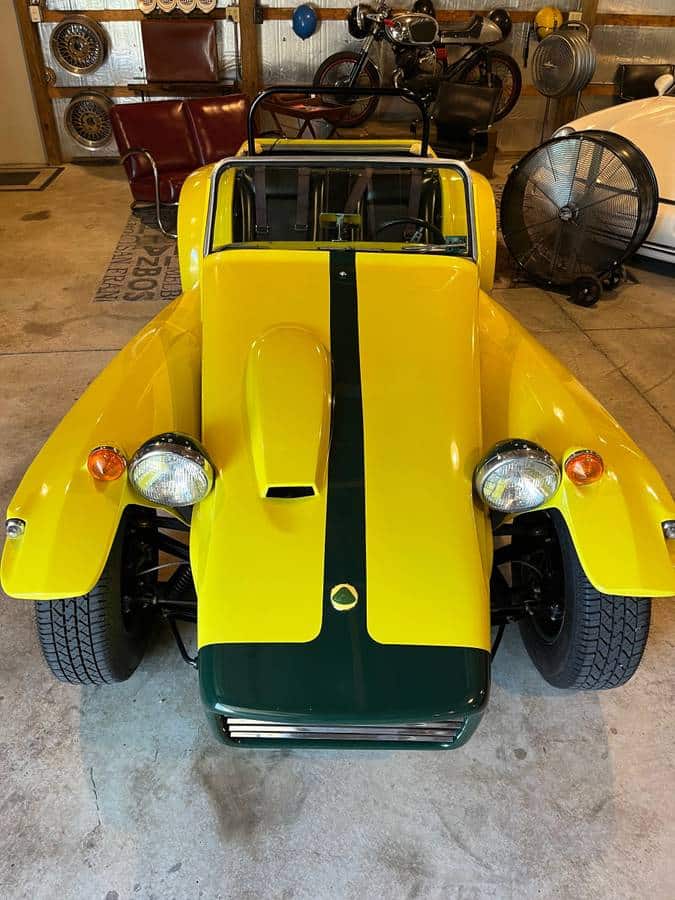 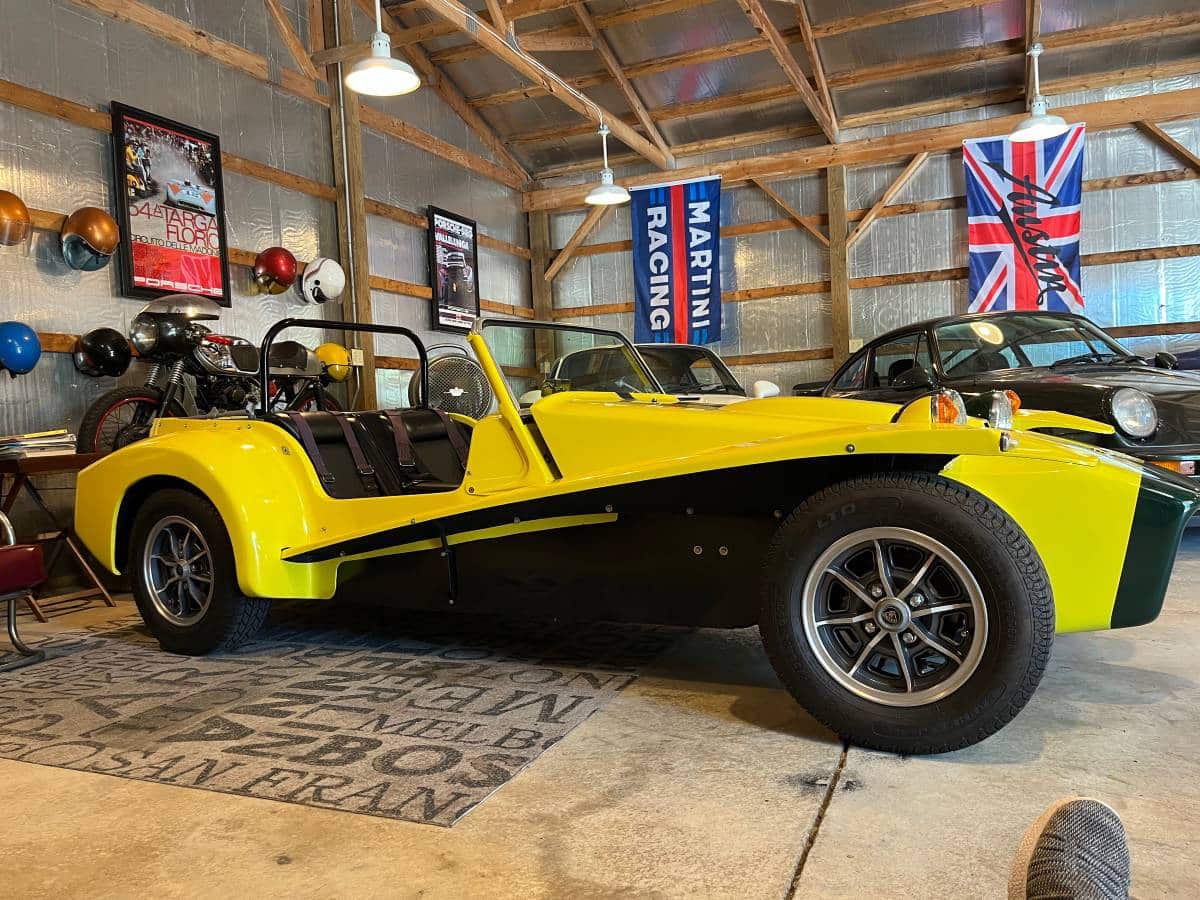 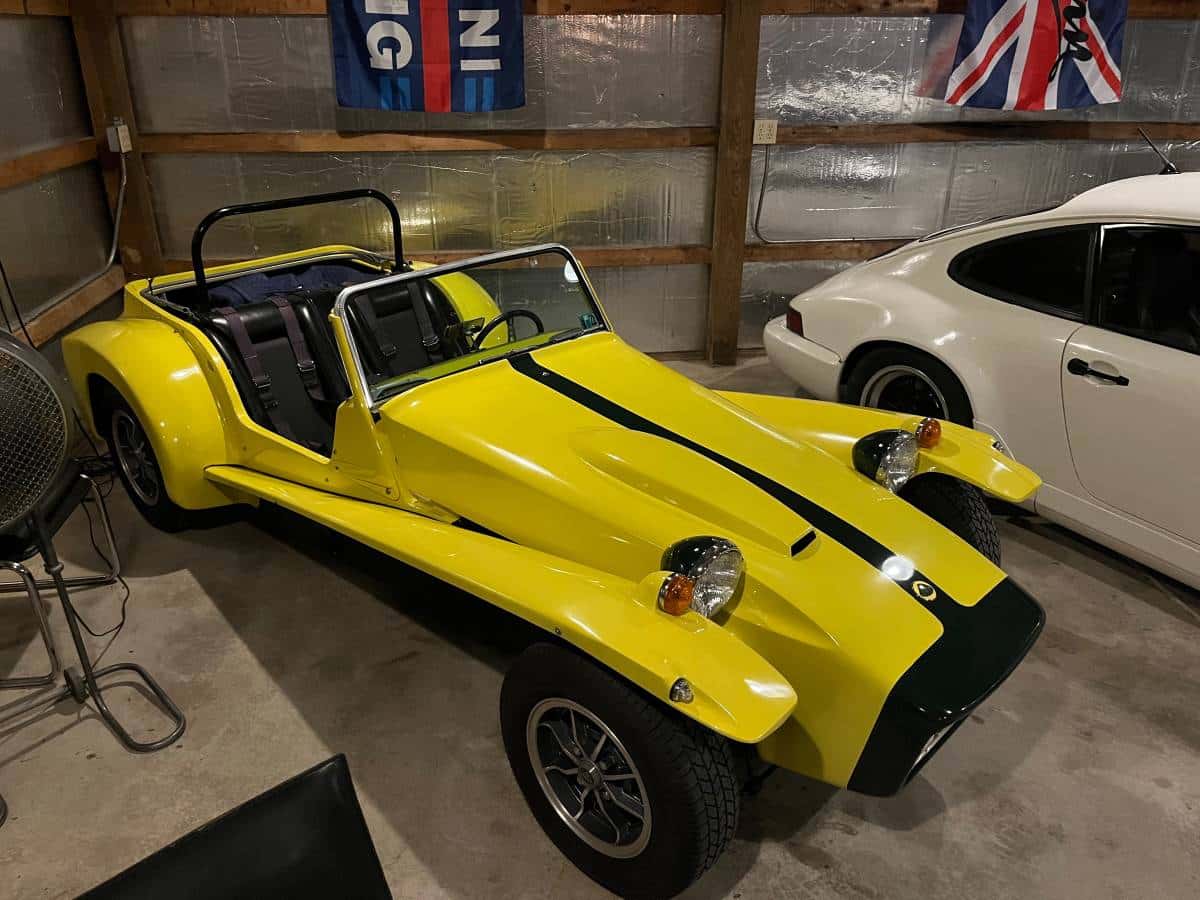 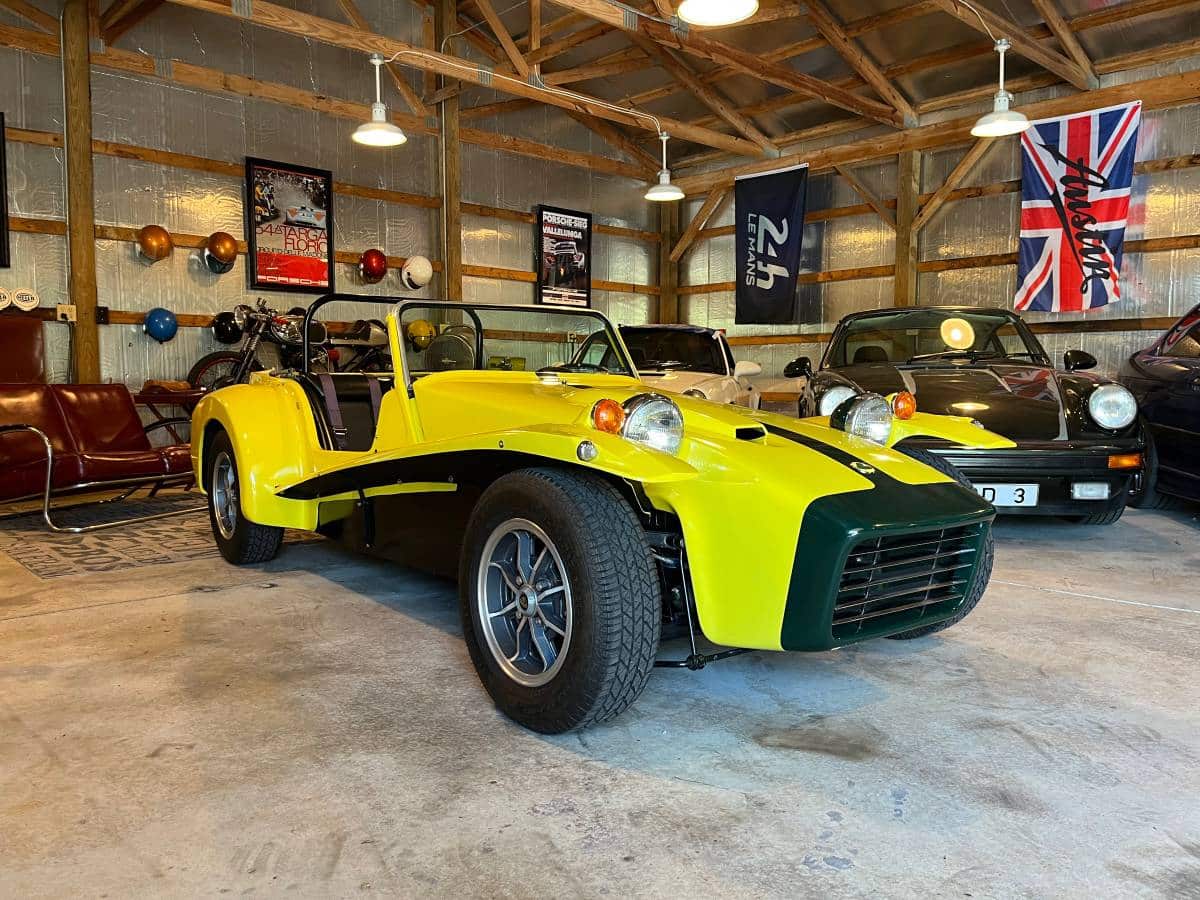 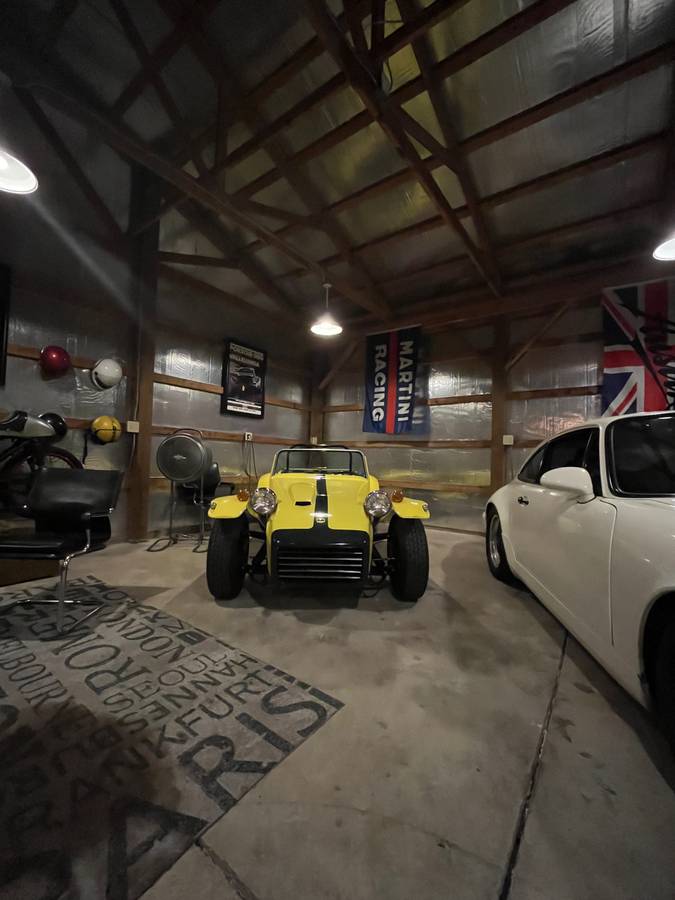 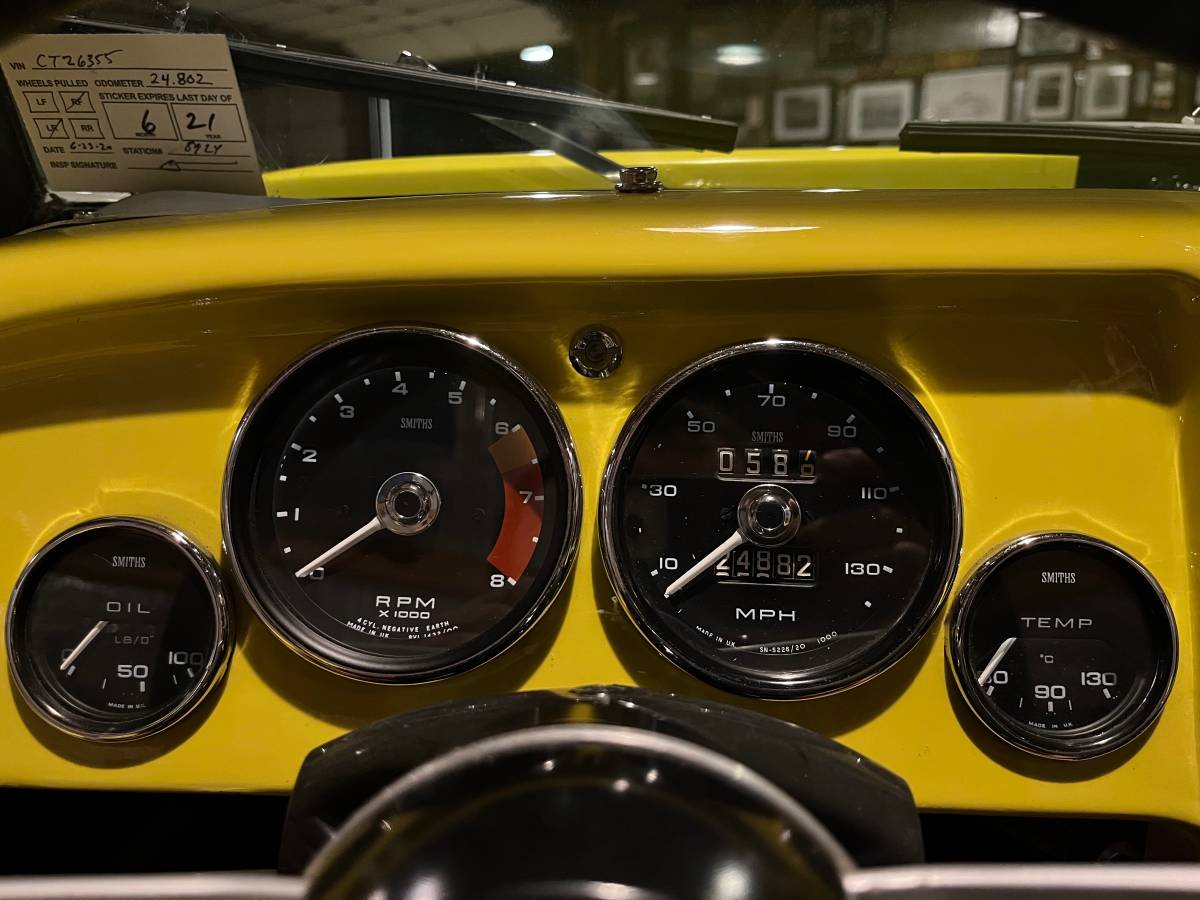 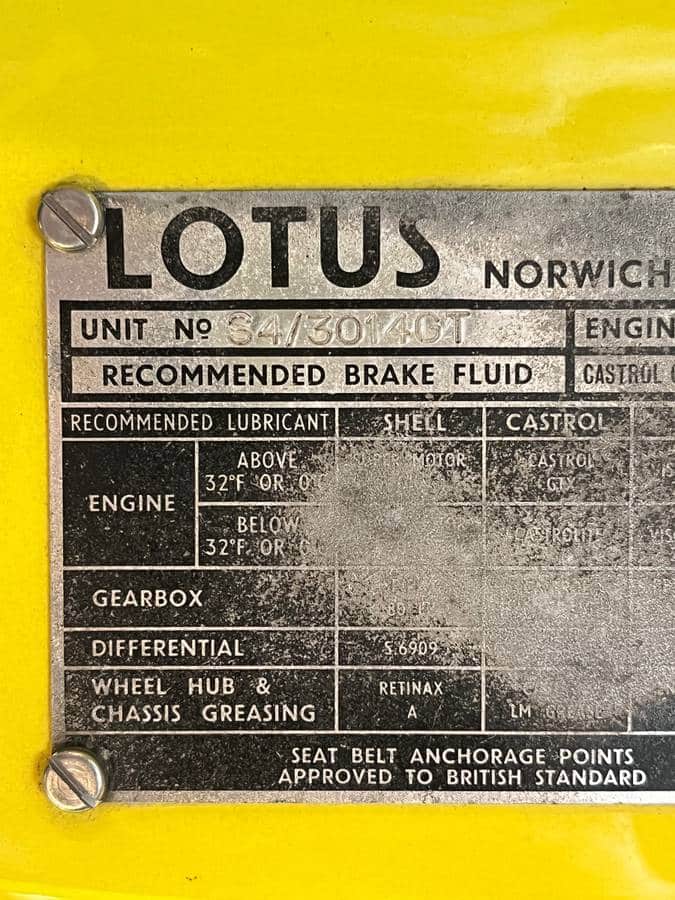 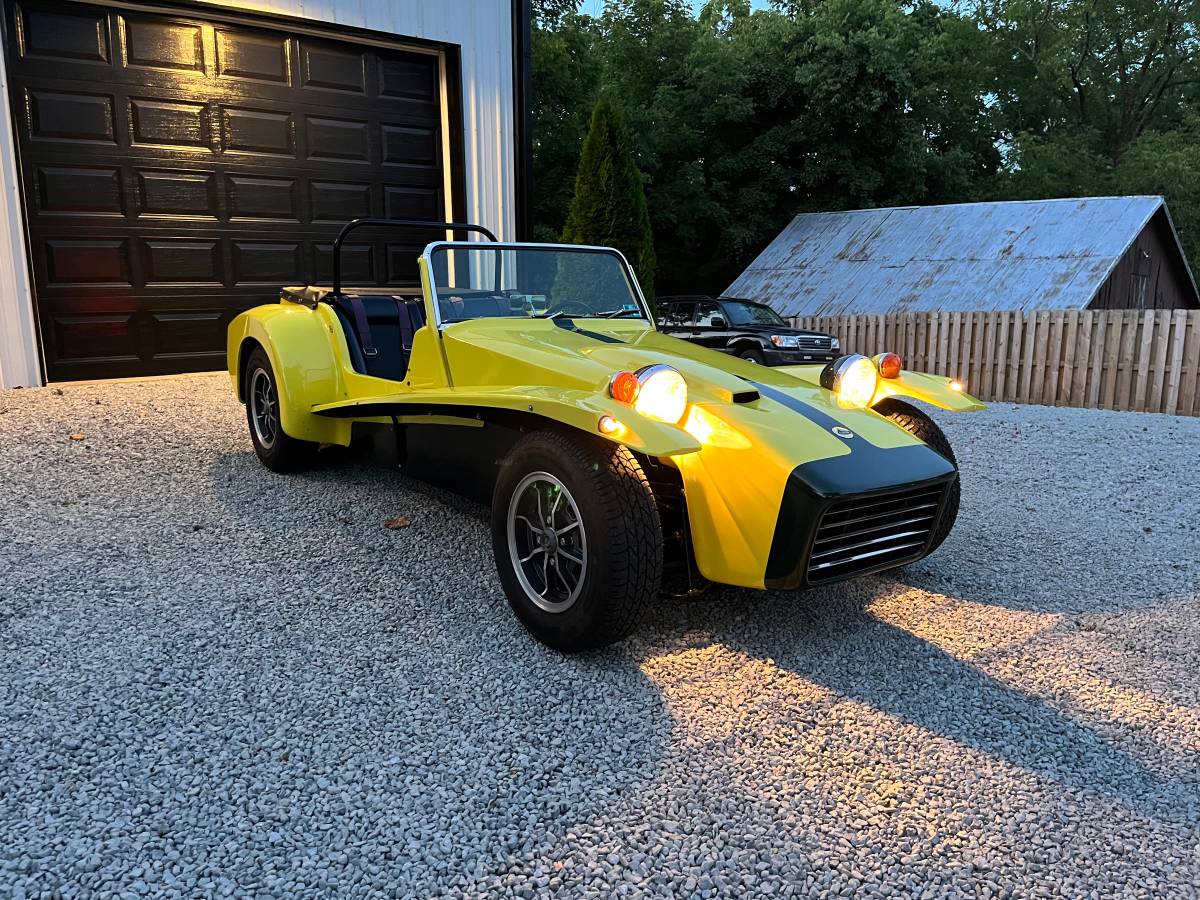 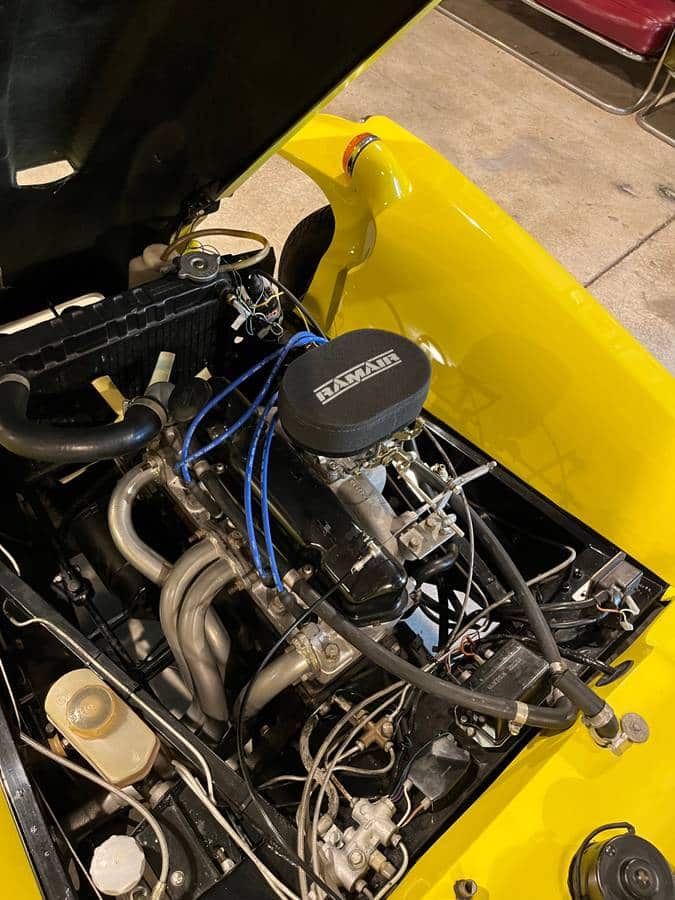 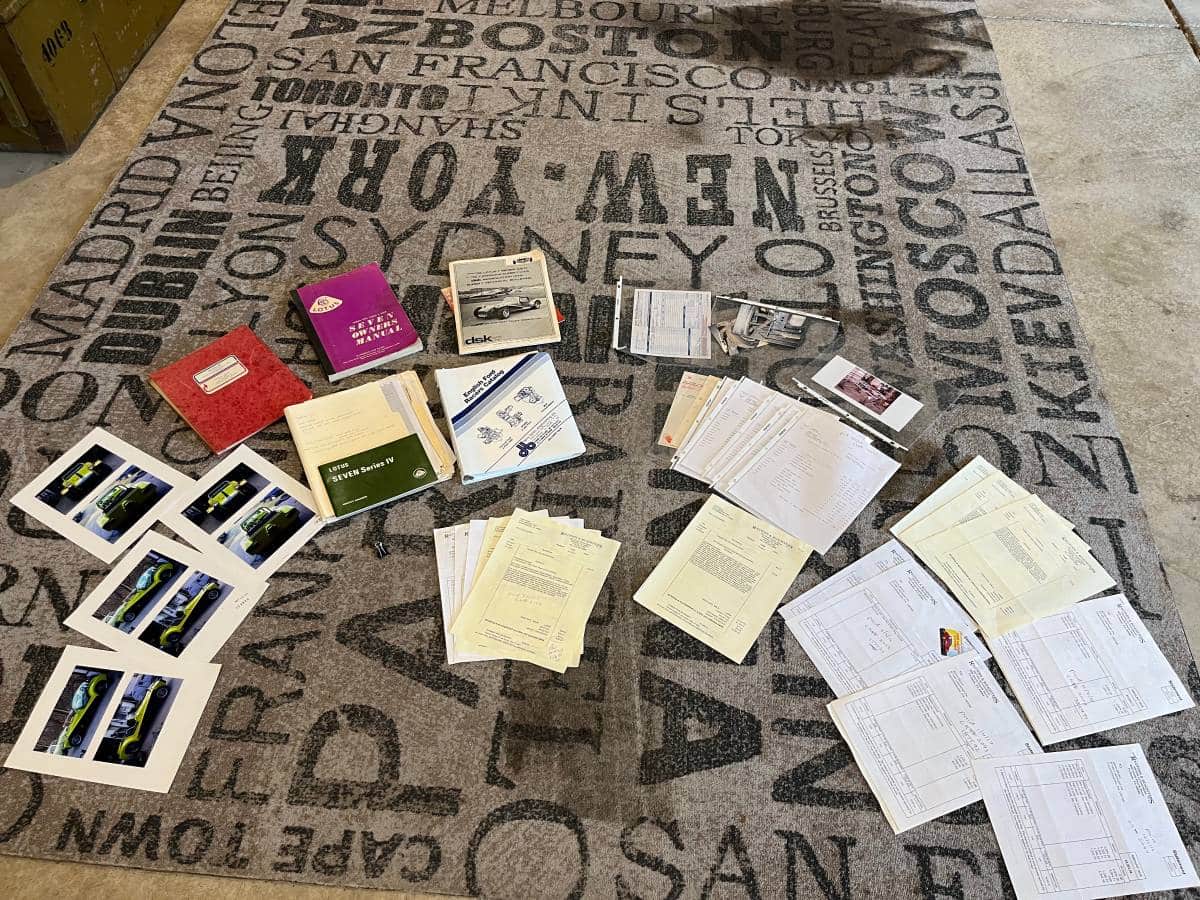 October 8, 2022, Update – Given the rarity of Lotus Super Sevens that come up for sale, especially on Craigslist, we’re not surprised to learn this example sold in less than one week.  We’re now able to call this one “SOLD!” While this one got away, please reach out either by email or call us directly if you’d like to be informed when we come across something similar.

Imitation is the sincerest form of flattery. In the automotive world, imitation comes in the form of kit cars.  Iconic designs such as the Shelby AC Cobra and Porsche 356 inspired a cottage industry of replicas to the point that more copies now exist than the original cars.  The same holds for Colin Chapman’s street-legal go-kart, better known as the Super Seven. After Super Seven production ceased in 1973, Lotus sold the rights to Caterham, making both kits and fully assembled cars ever since.

With Caterham 7 replicas in production for nearly fifty years, it’s easy to find one for sale on any given weekend if you know where to look. Not so easy to find is one of the approximately 2,500 real Super Sevens produced across four series by Lotus between 1957 and 1973. Knowing that fact, finding this real deal 1972 Lotus Super Seven Series 4, originally listed in September 2022 on Craigslist in Crestwood, Kentucky (Louisville), was a real treat.

Currently offered for $28,500, Classic.com, the analytics and search engine for the collector car market, confirms hints the ask is well above the five-year mean for Series Four Super Sevens produced between 1970 and 1973.  By clicking on the green dots in the graph below, you can navigate to each comparable car sold as a way to help you evaluate the price of the Lotus featured here. We note the extremely limited data of prior sales highlights how rare these cars come up for sale:

As a second data point, the  Hagerty Insurance Online Valuation Tool reveals the seller’s ask falls between this guide’s #2 “Excellent” estimate of $23,900 and its #1 “Concours” appraisal of $32,900.

“Simplify, then add Lightness” was car designer and Lotus founder Colin Chapman’s mantra. One of Chapman’s earliest examples of this philosophy was the two-seat, open top, and open wheel Lotus Seven produced between 1957 and 1973.  The original model was highly successful, with more than 2,500 cars sold due to its attraction as a road legal car that could be used for club racing.

Lotus launched the Lotus Seven in 1957 to replace the Mark VI as the ‘entry-level’ Lotus model, The Seven name was left over from a model that was abandoned by Lotus, which would have been a Riley-engined single-seater that Lotus intended to enter into the Formula Two in 1952 or 1953. However, the car was completed on Chapman’s chassis as a sports car by its backers and christened the Clairmonte Special.

Externally similar to Chapman’s earlier Lotus Mark VI, but with a different tubular frame similar to the Lotus Eleven, the Seven initially used a 40 brake horsepower Ford Side-valve 1,172 cc inline-four engine. It was used on the road and for club racing.

The Lotus Seven S2 followed in 1960 and was supplemented by the Lotus Super Seven S2 in 1961. The Super Seven initially used the larger Cosworth-modified 1,340cc Ford Classic engine; later examples were fitted with 1,498cc or 1,599cc engines. The Seven S3 was released in 1968.  In 1970, Lotus radically changed the car’s shape to create the slightly more conventional Series 4 (S4), with a square fiberglass shell replacing most aluminum bodywork. It also offered some luxuries as standard, such as an internal heater matrix.

The Petrolicious YouTube Channel features this video of a Lotus Super Seven:

Based on the pictures provided, this 1972 Lotus Super Seven appears to be a nicely restored example that will not disappoint.

Mechanically completely gone through 3-4 years ago. 20k plus in receipts

True go-cart for the streets

Show or go: What would you do with this restored 1972 Lotus Super Seven?  Please comment below and let us know!