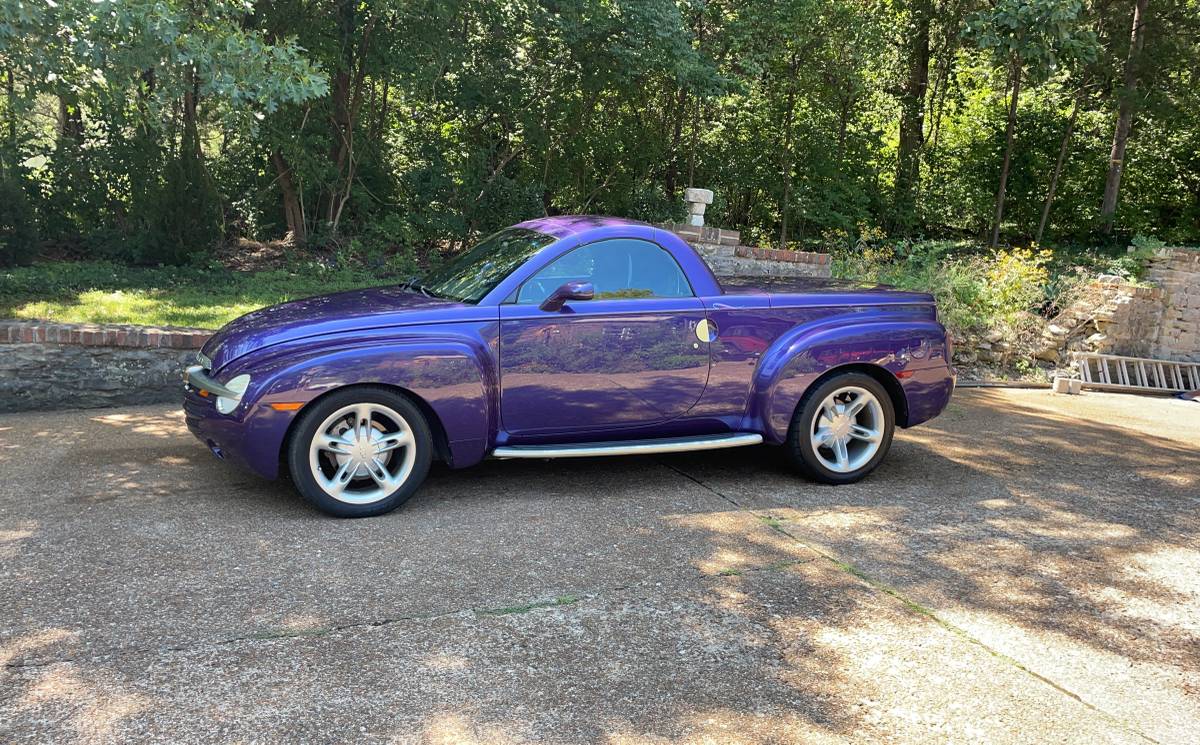 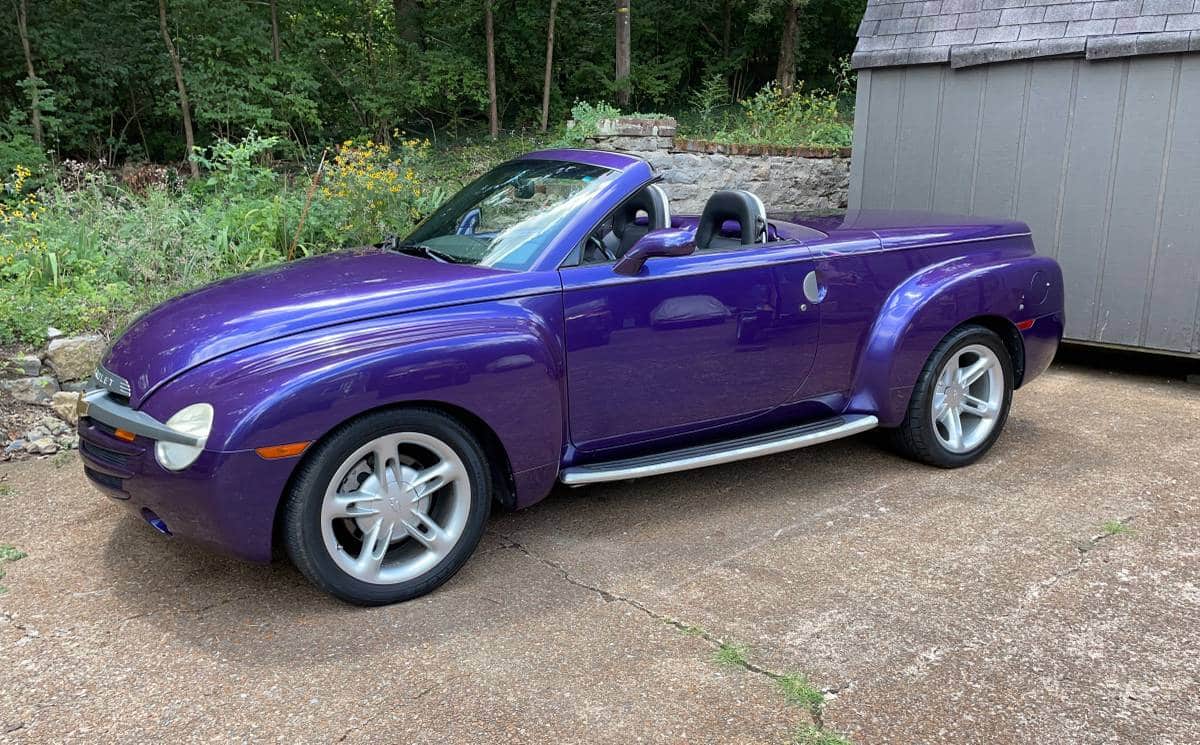 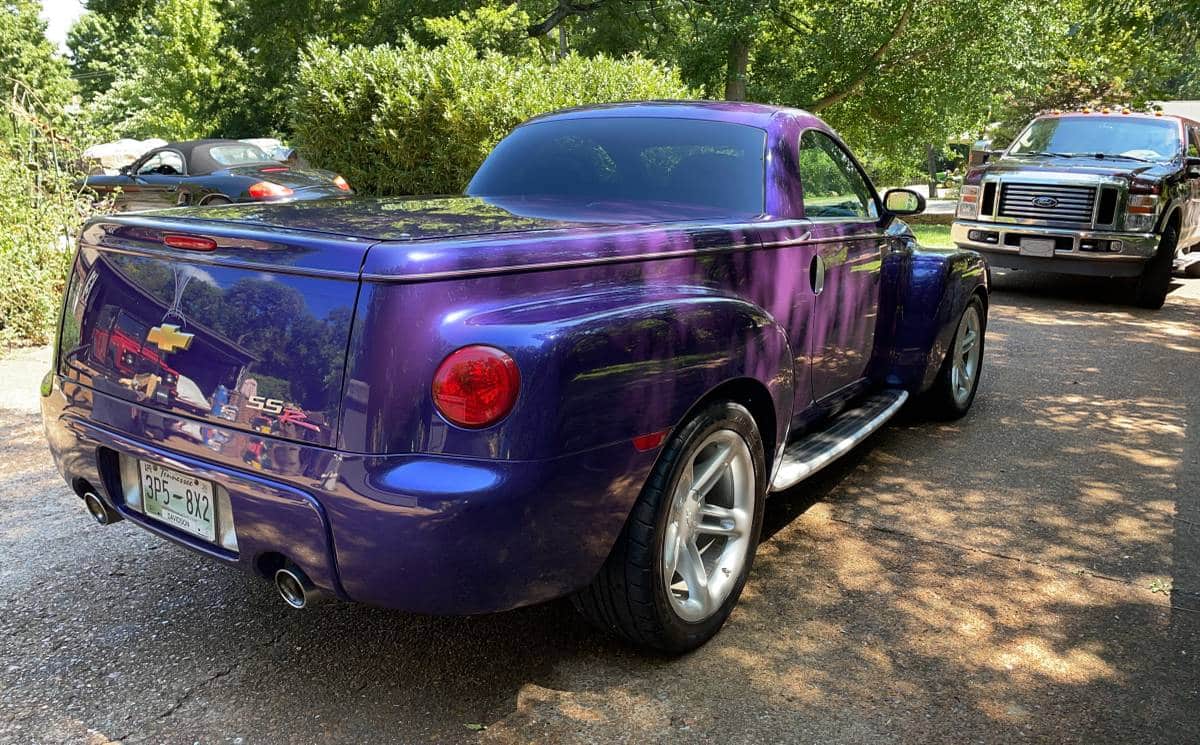 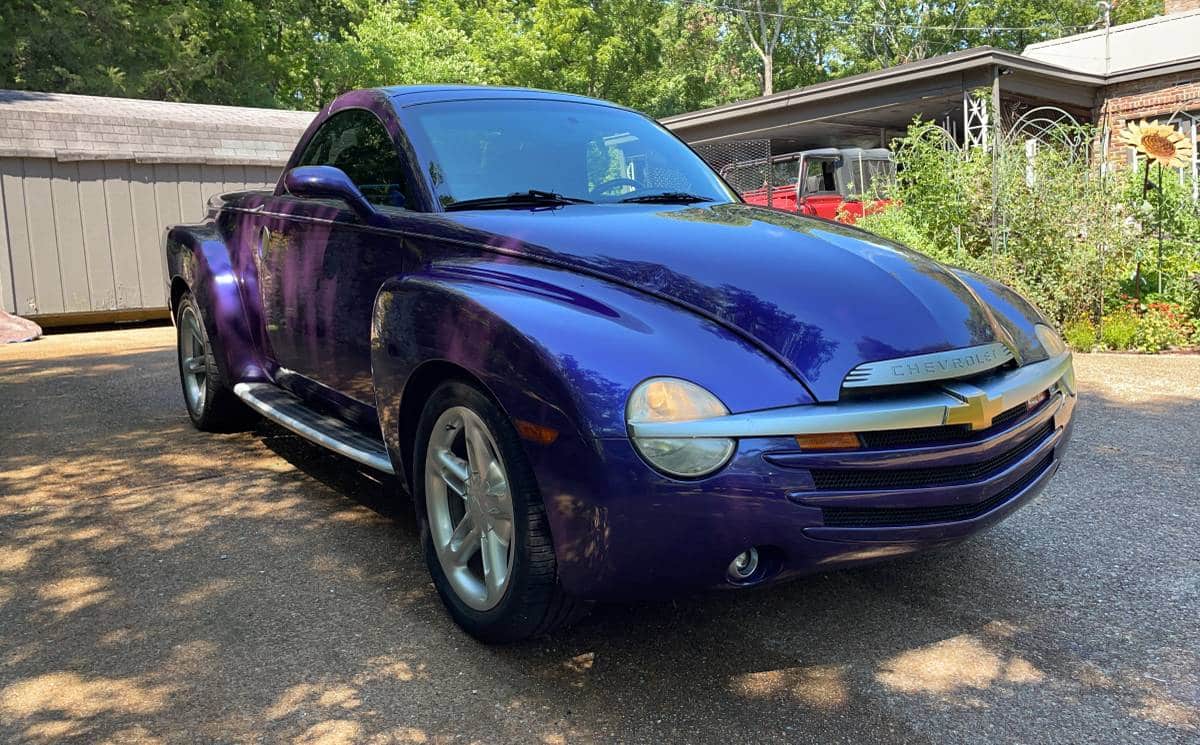 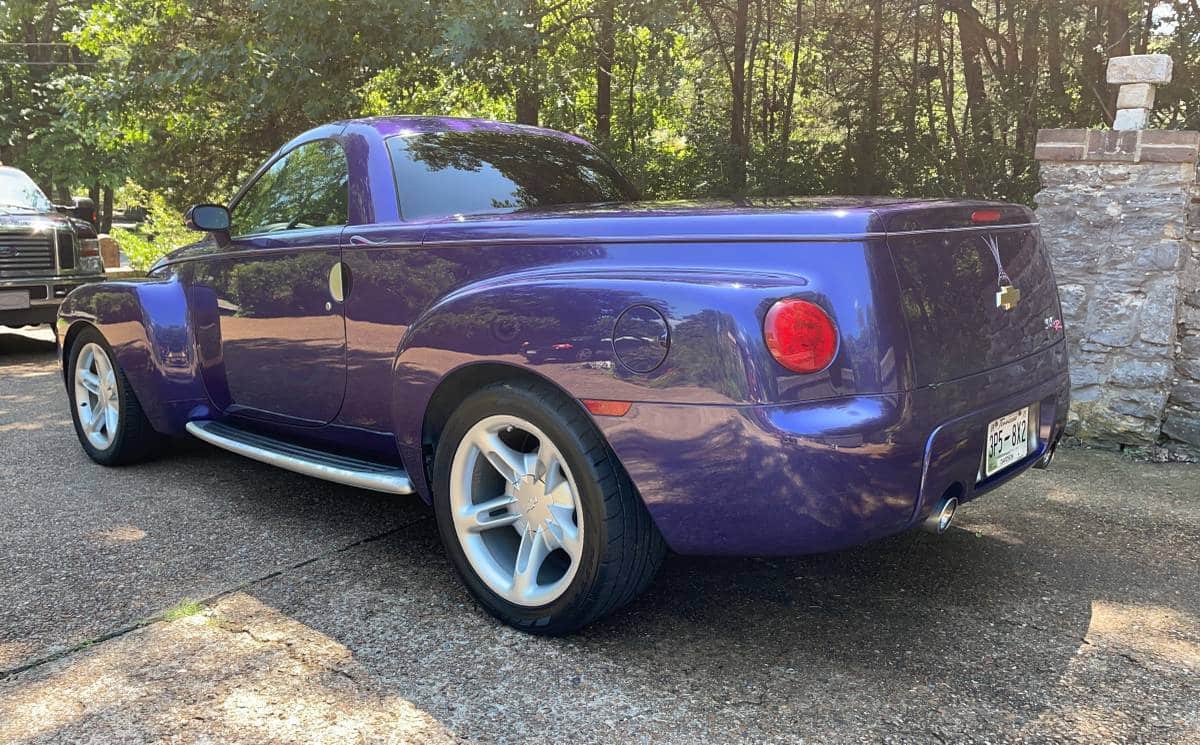 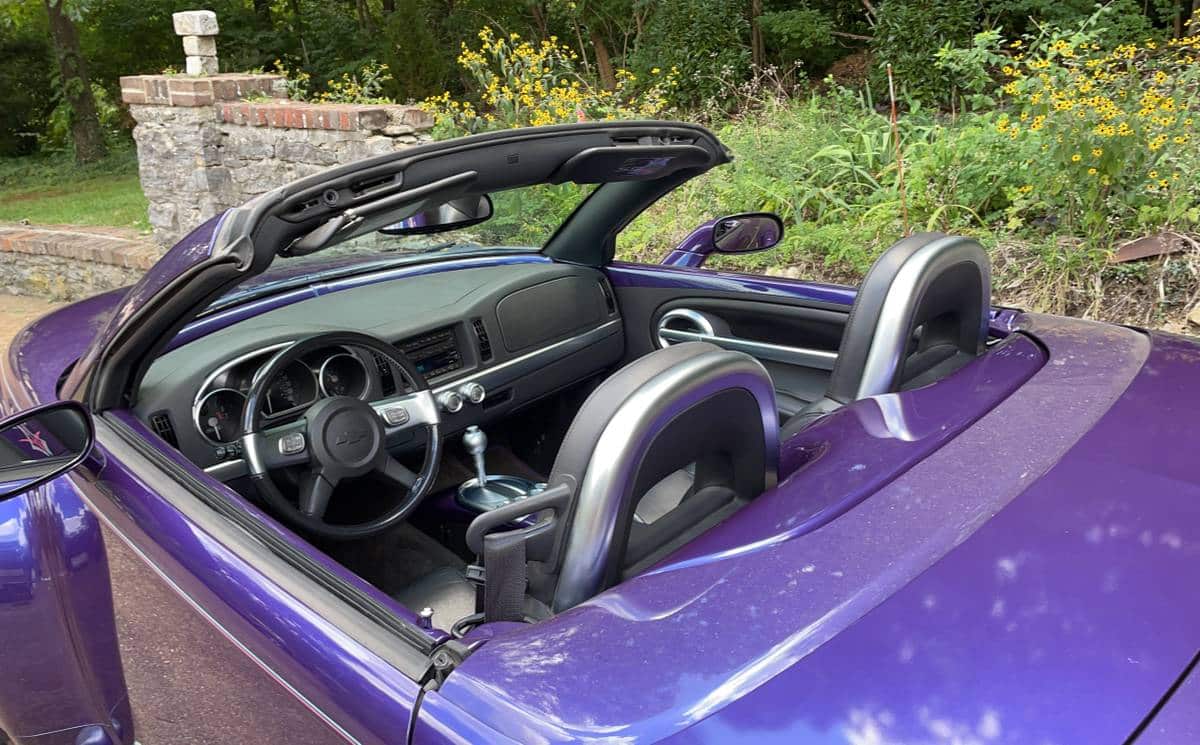 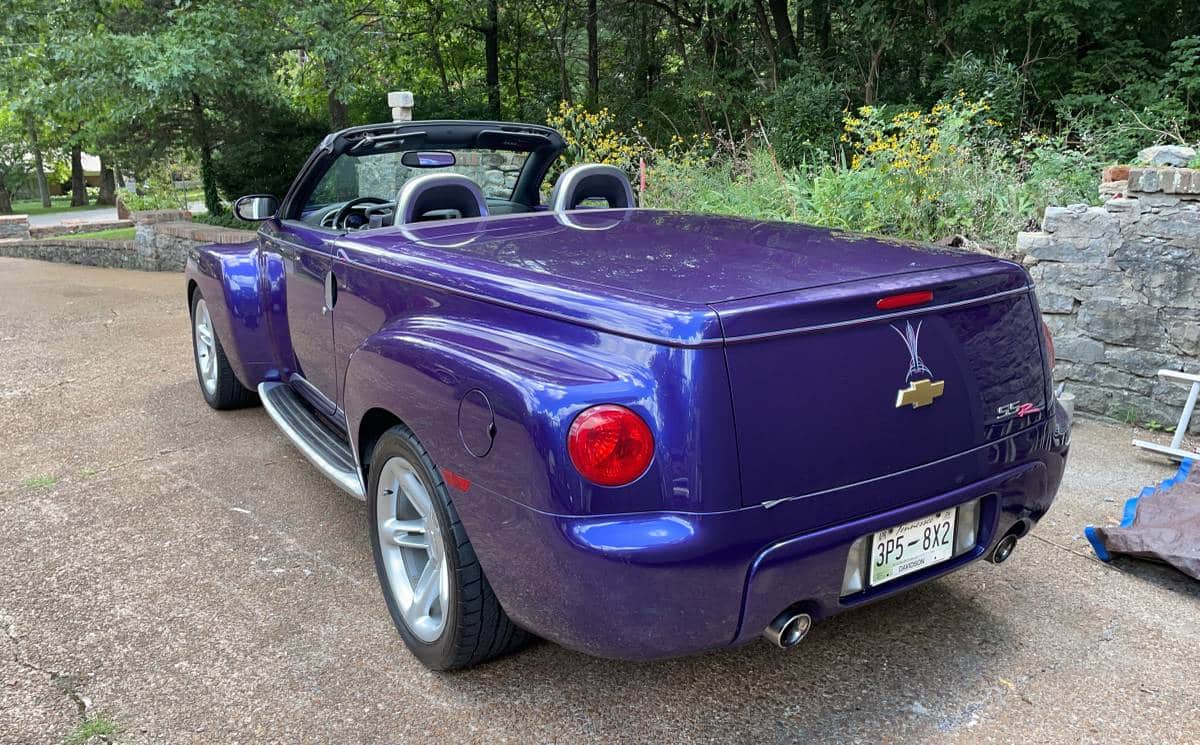 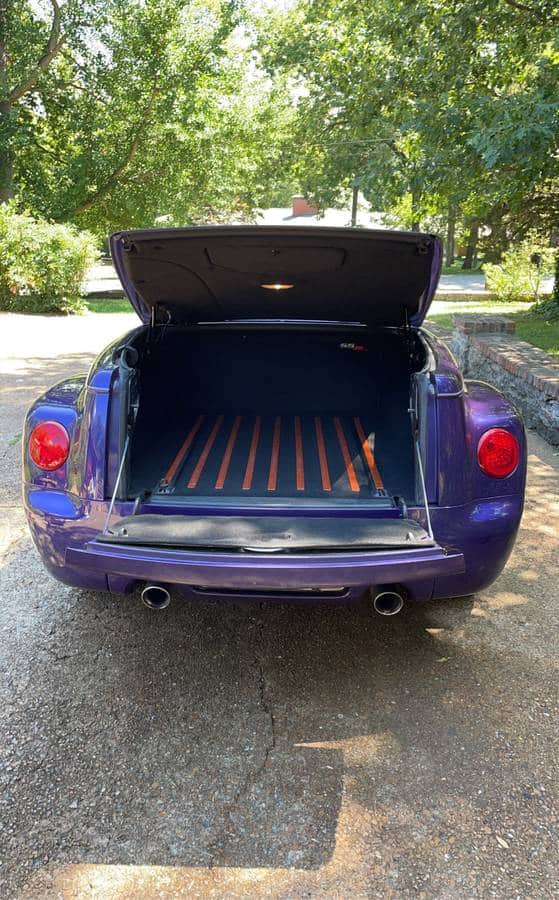 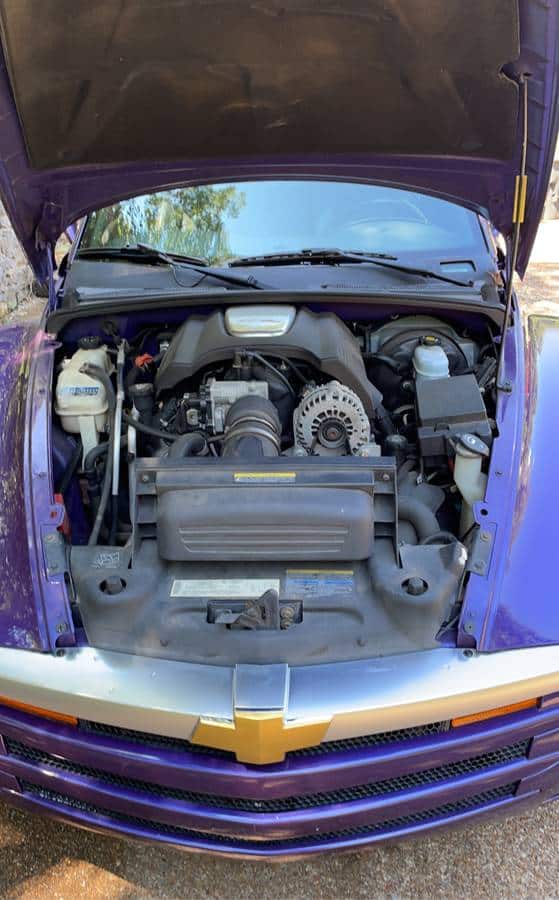 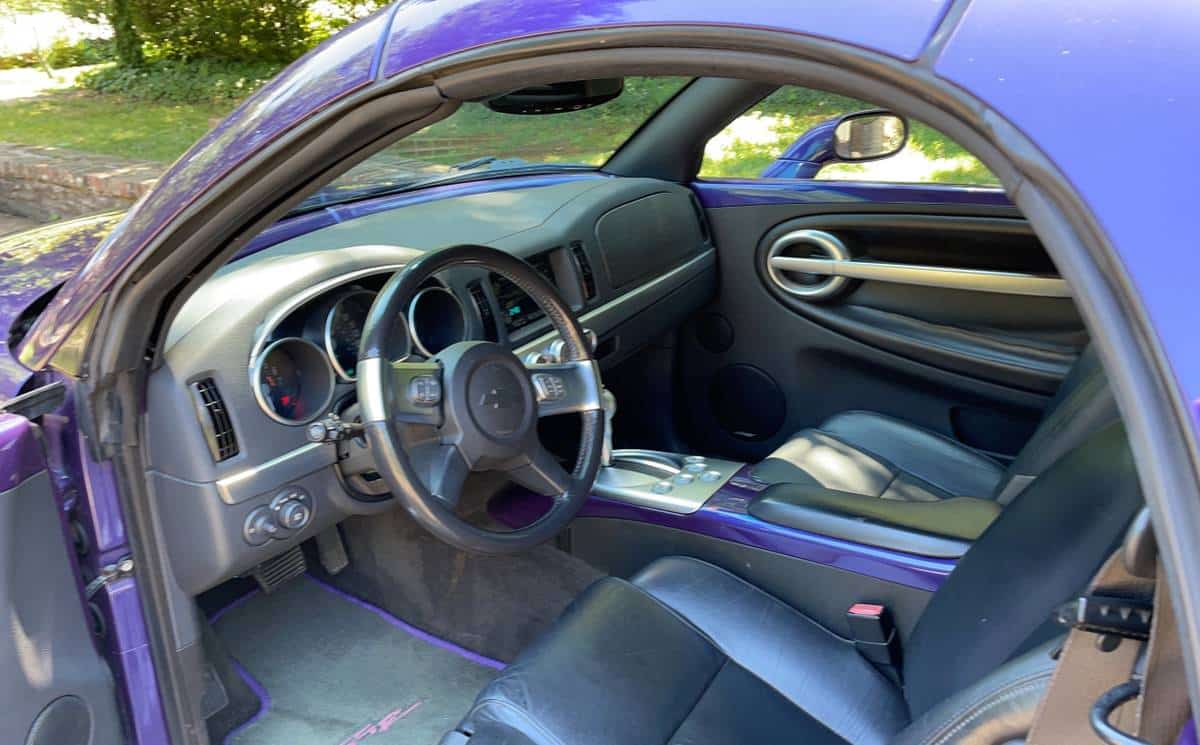 October 12, 2022, Update – We just confirmed the listing for this “Classifind” expired, so with no replacement found, we’re assuming this ride is “Sold?” While this one got away, please reach out either by email or call us directly if you’d like to be informed when we come across something similar.

As an automotive enthusiast, I can see how manufacturers could consider us all to be slightly hypocritical. We wail and gnash our teeth when we perceive an automaker’s lineup is becoming increasingly focused on fuel efficiency rather than all-out performance, and when the same automaker rolls the dice on a performance vehicle and no one buys it, well – can you blame the automaker for sticking with what works? The Chevrolet SSR pickup was a factory hotrod built as a homage to the pickups of yesteryear with a seriously modern powerplant and rich features list. This 2004 SSR, originally listed in October 2022 on Craigslist in Nashville, wears a rare color known as Ultraviolet and was once offered for sale at $16,800. Comparing that price against the Classic.com model guide shows that the seller is asking below the average sale price of just over $27,000.

Now, I can’t place the blame solely on the shoulders of automotive enthusiasts. The SSR was, in some ways, an answer to a question no one was asking. The introductory offering kicked out a healthy 300 horsepower, but the SSR wasn’t exactly a featherweight. It didn’t provide road-scorching performance, at least not the type you might expect from a body like that. It didn’t handle particularly well, either. So, straight-line speed wasn’t significant, and handling was non-existent: what’s the point of an SSR again? Well, you might say it was cashing in on a nostalgia moment that also saw the likes of the Plymouth Prowler enter the marketplace, which was another example of a vehicle that looked like the second coming of a George Barris hot rod in production car form, but in reality, was far more mundane. The SSR looked like a brute, smelled like a brute, and handled like a brute, but it wasn’t until the 2005 models came out that it had the power to move like a brute.

The seller’s truck is a 2004 model, which means it debuted a year before the 390 horsepower LS2 engine became standard. While it makes do with less, the truck at least sports a pretty wild color and one that also carries deep meaning in the muscle car community. It may not be Plum Crazy, but Ultraviolet is also a pretty amazing color. With mileage approaching 80,000, I don’t think it’s fair to call this a low-mileage specimen as the seller does, but it is still low enough to be considered better than your average driver. Some collectors have partially embraced the SSR with time-capsule examples headed to the bigger auction houses in hopes of a payday. Still, I think the smart money is on buying one like this with some special features (the paint) and high enough miles to get in for well under $20K. Of course, the smartest money is finding a manual transmission LS2 model that a little old lady lets go cheap in an estate sale.

“Chevy SSR- 2004 Rare factory ultraviolet paint color. Low mileage at 77589. Accessories include – a rear spoiler (not installed), an original trailer hitch, custom pinstripe by T. Sanborn.
The body is excellent except for a few small dents on the right front fender.“

Oddball muscle truck: is it time to bring the unloved SSR back from Siberia?