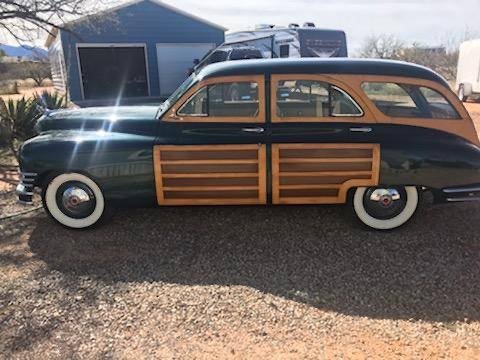 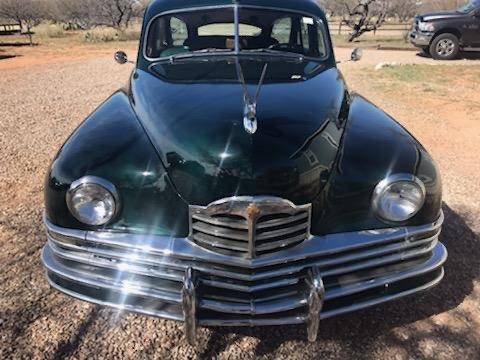 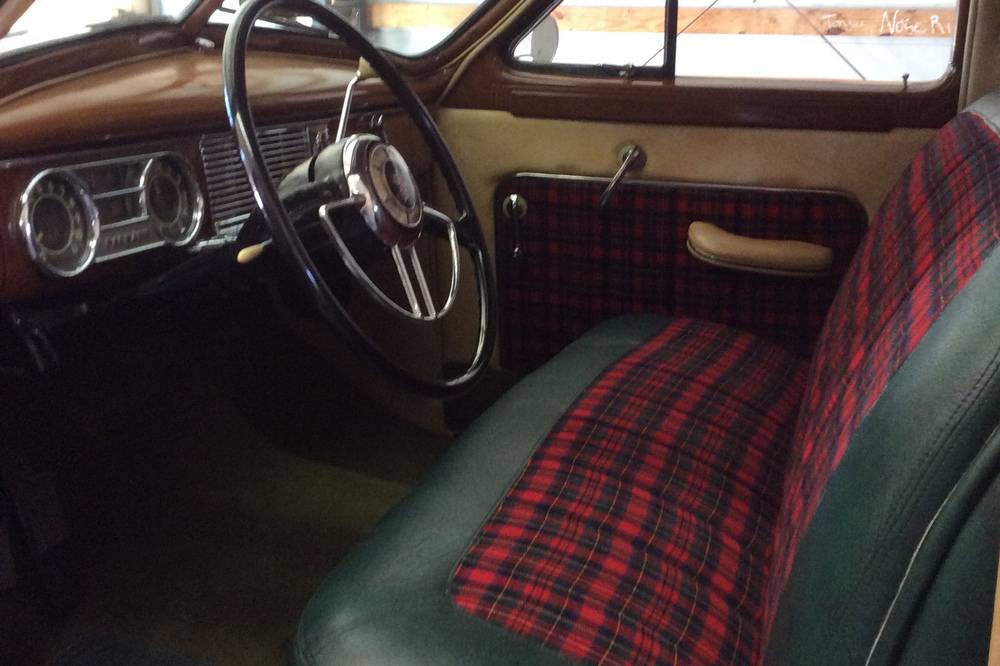 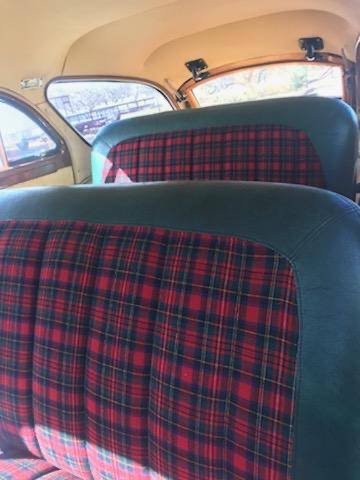 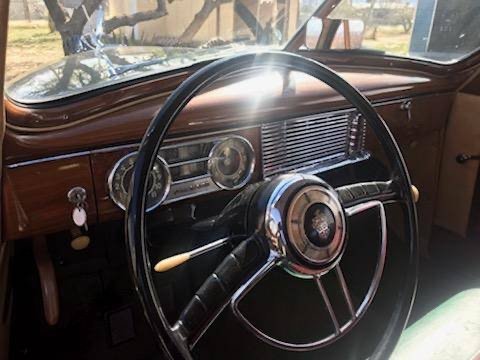 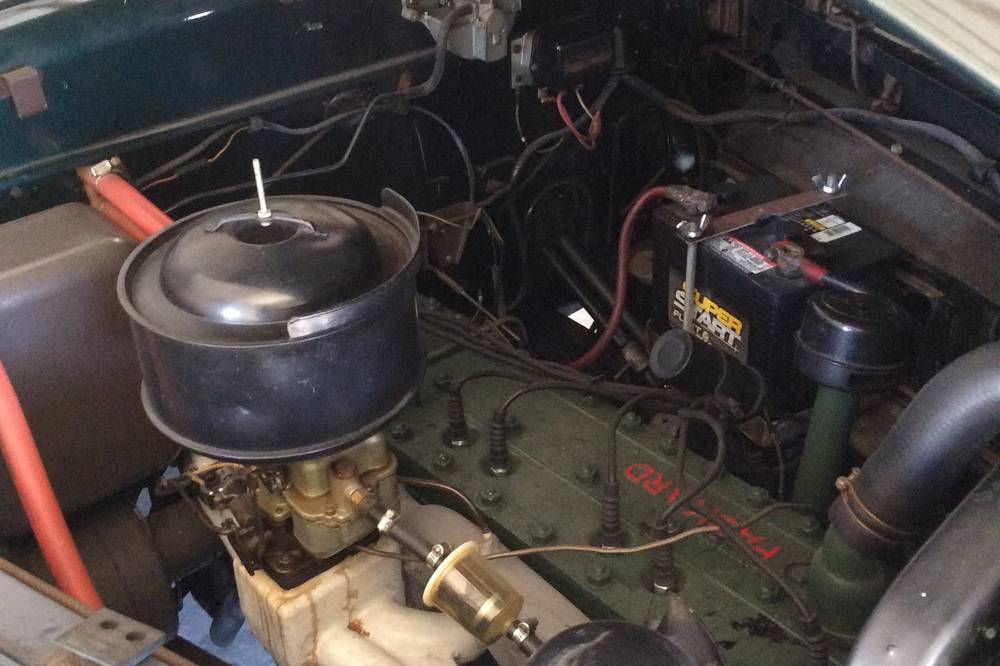 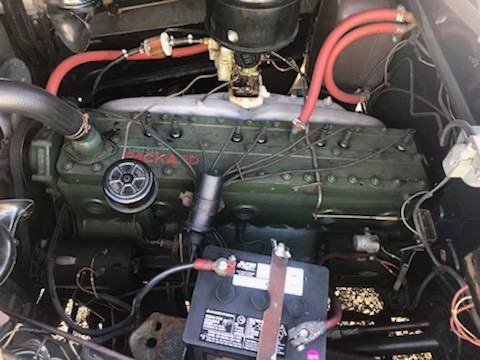 November 8, 2022, Update – While this “Classifind” expired recently, given the seller’s history, we suspect it may not actually be sold yet.  For now, we’re labeling this ride “Sold?” However, we will keep an eye out for an updated listing. In the interim, please reach out either by email or call Rudy directly if you’d like to be informed when we come across something similar.

October 5, 2022 Update – Several weeks after their last listing expired, the seller of this rare Packard Station Sedan just posted a fresh Craigslist ad.  In it, the description, pictures, and $45,000 asking price all remain the same.

September 28, 2022, Update – While this “Classifind” expired recently, given the seller’s history, we suspect it may not actually be sold yet.  For now, we’re labeling this ride “Sold?” Until we come across an updated listing.

August 13, 2022 Update – After a brief pause following the expiration of their last Craigslist ad, the private seller just posted a fresh listing.  In it, the description, pictures, and asking price of $45,000 all continue to remain the same. The exterior green matched to the tartan plaid interior make this Packard a must-see.

July 26, 2022, Update – We just confirmed the listing for this “Classifind” expired, so with no replacement found, we’re assuming this ride is “Sold?” until we come across a fresh listing.

June 17, 2022 Update – The private seller just replaced their second expiring listing with a fresh Craigslist ad. In it, the description, pictures, and asking price of $45,000 all remain the same.

May 1, 2022 Update – The private seller just replaced their expiring listing with a fresh Craigslist ad. In it, the description, pictures, and asking price of $45,000 all remain the same.

Desperately trying to remain relevant immediately following World War II, independent upscale car maker Packard launched their Station Sedan for the 1948 model year. Despite being more innovative than traditional Woody station wagons of the day, Packard’s offered enjoyed limited success, with less than four thousand produced during its three model year run. This restored dark green over plaid 1948 example, originally listed in April 2022 on Craigslist in Benson, Arizona (Tuscon), appears to be only one of a handful likely left in this condition.

Packard offered its wood-clad Station Sedan was a pseudo luxury station wagon model between 1948 and 1950, using the Packard Eight platform. By offering the Station Sedan Packard could market a vehicle with station wagon attributes but without the investment cost associated with a complete station wagon development program.

The Station Sedan used a combination of steel framing and body parts along with structural wood panels made from northern birch to create a “woody” station wagon-like car due to their growing popularity of them after World War II. Unlike other woody wagons of the day, which used wooden passenger compartments mounted to the chassis of a particular car, the Station Sedan used a steel subframe and steel passenger doors onto which hardwood panels were mounted. The only wooden door on the vehicle was the rear gate assembly.  Unlike competitor station wagons from Buick, Chrysler, and Mercury, the Packard’s length was not long enough to accommodate optional third-row seating.

Neither a sedan, nor a true station wagon, the Station Sedan enjoyed limited success, with a listed retail price of US$3,459 ($37,207 in 2020 dollars) for its final year of 1950, and was discontinued when the 1951 Packard models were introduced.

“The exterior features two-toned wood paneling in good condition, complemented by green fenders and hood. The 288ci straight-8 engine was rebuilt. Starts easily and runs butter smooth. The engine is paired with a 3-speed manual transmission. The interior is finished in red and green plaid, providing beautiful contrast to the wood trim. The engine bay is tidy with long straight 8 Packard power.
Very rare find…..Between the years 1948-1950, there was only a total of 3,864 made. Only a handful are probably left.”

Do you have a 1948 Packard Standard Eight story to share?  If so, comment below and let us know!