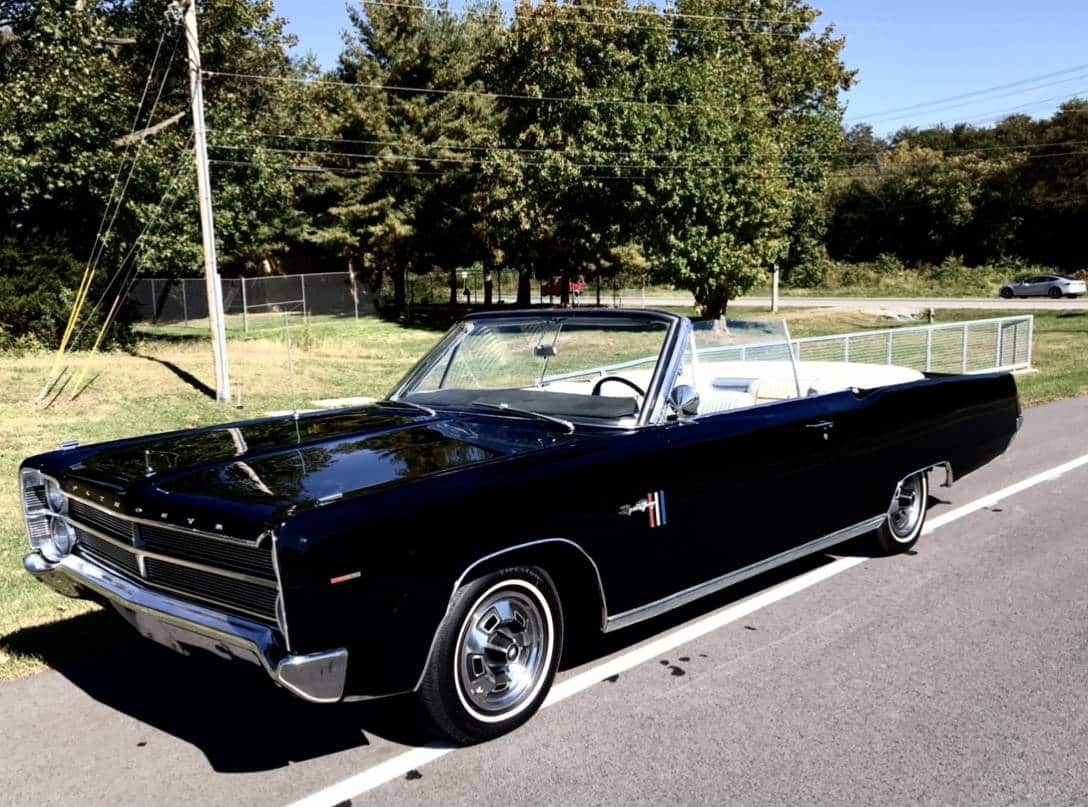 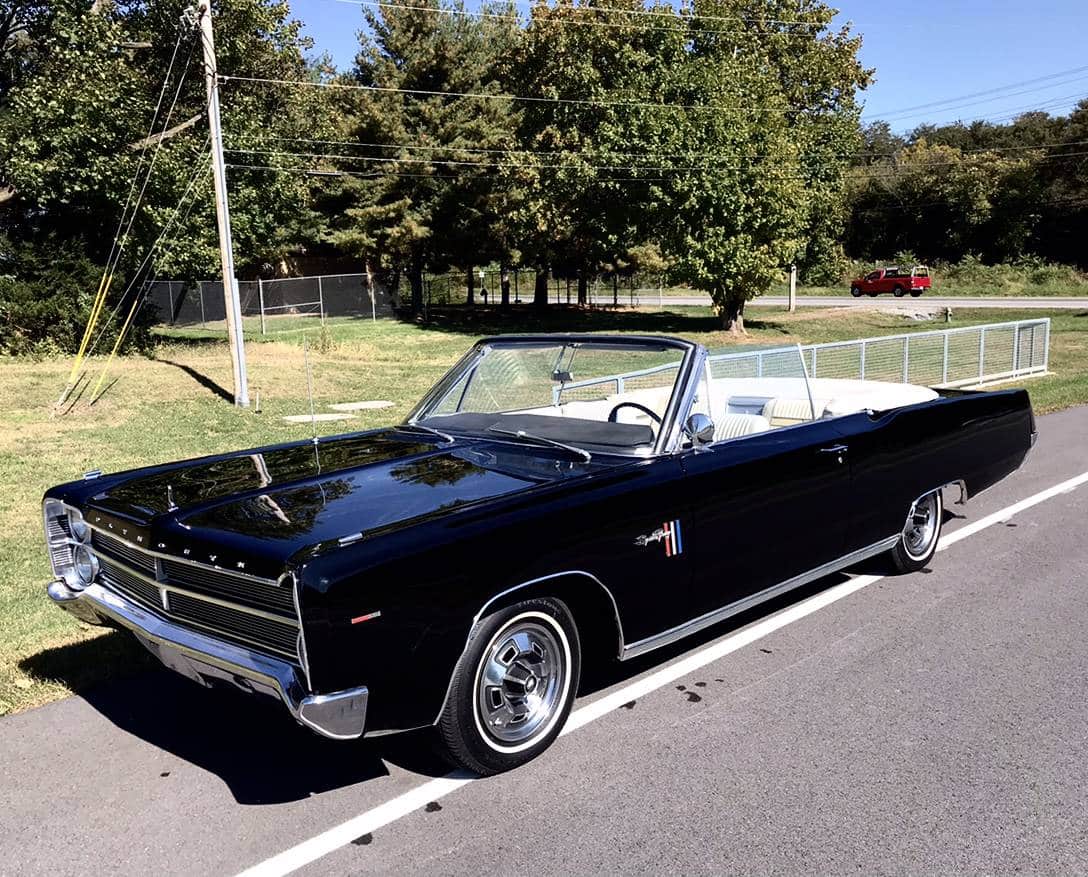 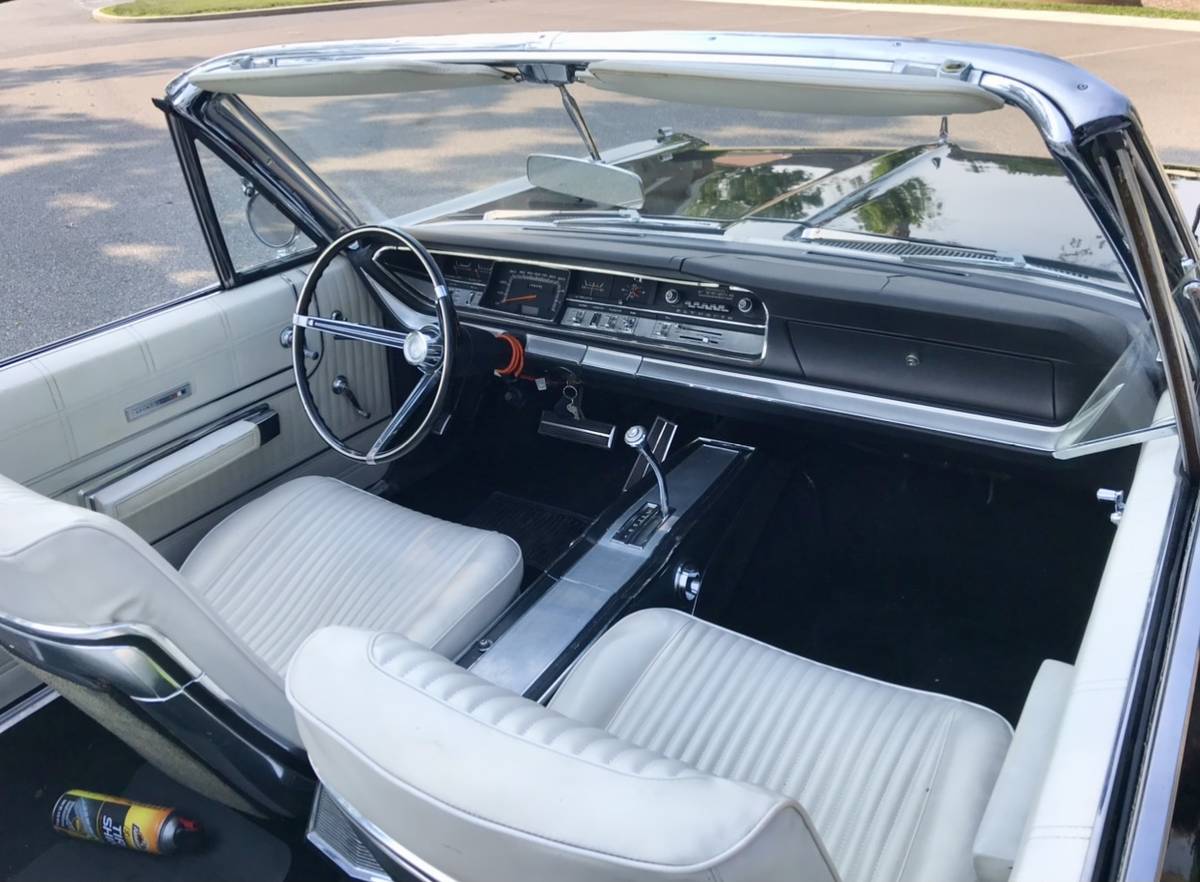 November 10, 2022, Update – We confirmed the seller of this “Classifind” deleted their listing, so we’re now able to call this one “SOLD!” While this one got away, please reach out either by email or call us directly if you’d like to be informed when we come across something similar.

When you go to sell your classic car, no one wants to see pictures of you or your significant other posing with your ride. If you truly want to sell your ride, ensure the pictures are taken so potential buyers can imagine themselves in the background.  Current owners in the photographs ruin that.  Luckily, the seller of this great-looking white-over-black 1967 Plymouth Sport Fury convertible, originally listed in October 2022 on Craigslist in Middletown, Maryland (Frederick), only has one such picture.  While the other pictures of this Tuxedo-themed convertible make up for it, we wish the seller has also included pictures of the engine and undercarriage.  Quickly pointing out that their Sport Fury is not a trailer queen, the seller states, “if you’re looking for a car to take out and cruise, this is it.”

Once offered for $19,980, Classic.com, the analytics and search engine for the collector car market, confirms the ask is slightly above the one-year rolling average of this guide’s summary for fourth-generation Plymouth Furys of all body styles produced between 1965 and 1968.  By clicking on the green dots in the graph below, you can navigate to each comparable car sold as a way to help you evaluate the price of the Sport Fury convertible featured here:

As a second data point, the  Collector Car Market Review Online Tool reveals the seller’s ask falls between this guide’s #2 Very Good” estimate of $19,800 and its #1 “Excellent” appraisal of $29,900.

In 1965, Chrysler returned the Fury to the new, full-size Chrysler C-body platform. The new 1965 Plymouth line included three special Furys: the Fury I, Fury II, and Fury III. The Fury I was the basic model, while the Fury II and Fury III offered more trim and features. Full-size Furys had options such as automatic transmissions, power steering, white sidewall tires (along with full wheel covers), stereo radios, vinyl tops, and air conditioning. The Sport Fury was the highest trim and feature model, positioned to compete with the Chevrolet Impala Super Sport and Ford Galaxie 500/XL. It offered a sportier interior and exterior trim package. The Fury II was available as a two-door hardtop in Canada; in the U.S., it was only available as a two- or a four-door sedan and a station wagon.  The overall design changed, with the grille losing chrome but gaining two vertical stacked headlights on each side. All rode on new 119-inch wheelbases (121 inches for the wagons), a one-inch increase over its predecessor.

For 1967, Plymouth designers restyled the Fury with a sharp, angular profile. The stacked quad headlight bezels were curvier and set more deeply into the body, giving the car a more muscular look. The roofline had sharper angles and gave the car a longer, more luxurious appearance. A new, formal two-door hardtop body style appeared which featured smaller rear quarter windows and a wider, back-slanted “C” pillar. Called the “fast top”, it was offered alongside the restyled thin “C” pillar hardtop in both VIP and Sport Fury series (as well as on corresponding big Dodge models). The 1967 model year introduced new safety regulations, which meant that for the first time, all Plymouths included dual-circuit brake master cylinders, energy-absorbing steering columns and wheels, recessed instrument panel controls, and shoulder belt mounting points for outboard front seat occupants.1967 also marked the end of the 318 cu in (5.2 L) V8, replaced by the thin-wall-casting LA (lightweight A) engine, now the base V8, with wedge-shaped combustion chambers, producing more power, even though the advertised number did not change, and significant weight reduction. The 318 LA engine did not appear on export or cars sold in Canada until 1968.

With a one-year-old repaint and fresh front seat upholstery, the seller seems to downplay the condition of his 1967 Plymouth Sport Fury convertible by calling it a fun driver rather than a show car.  From the limited pictures provided, the stunning black-over-white color scheme might get you an award at a local car show.  Perhaps more pictures of the engine and undercarriage might change our perception of the car.

“This is a 1967 Plymouth Sport Fury convertible with a 383 Commando (2 bbl.) big block motor. The car features a TorqueFlite 3-speed transmission, all-rebuilt drum brakes, and considerable mechanical updates. The car has a white interior (front covers are new), center console & shifter, power top (which works), excellent chrome & trim, and recent Whitehall tires. It looks, runs, and drives great. Not a show car, but a fantastic car to use and drive!  I bought this as a fun car to drive (which it is) and not as a show car or a trailer queen. If you’re looking for a car to take out and cruise, this is it. It’s had a new paint job (in 2021), and it’s an amazing-looking car! Very clean & straight.

I’m asking a more than reasonable price for the car, and I will not entertain lowball or ridiculous offers. I do not need to sell the car.

And please… no scammers or fake texts… I will not respond. You can call me (call in person) to me, Dave.​“

Show or go: What would you do with this 1967 Plymouth Sport Fury convertible?  Please comment below and let us know!