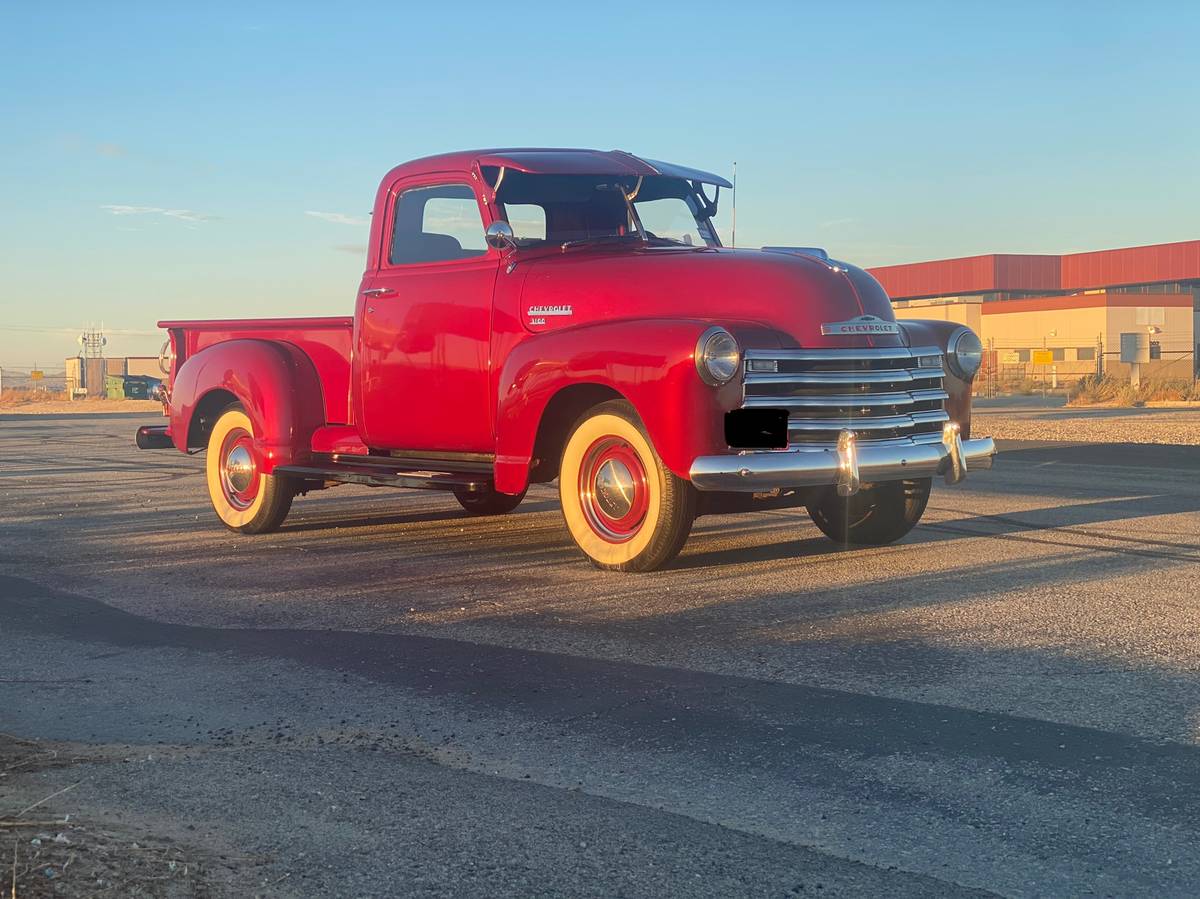 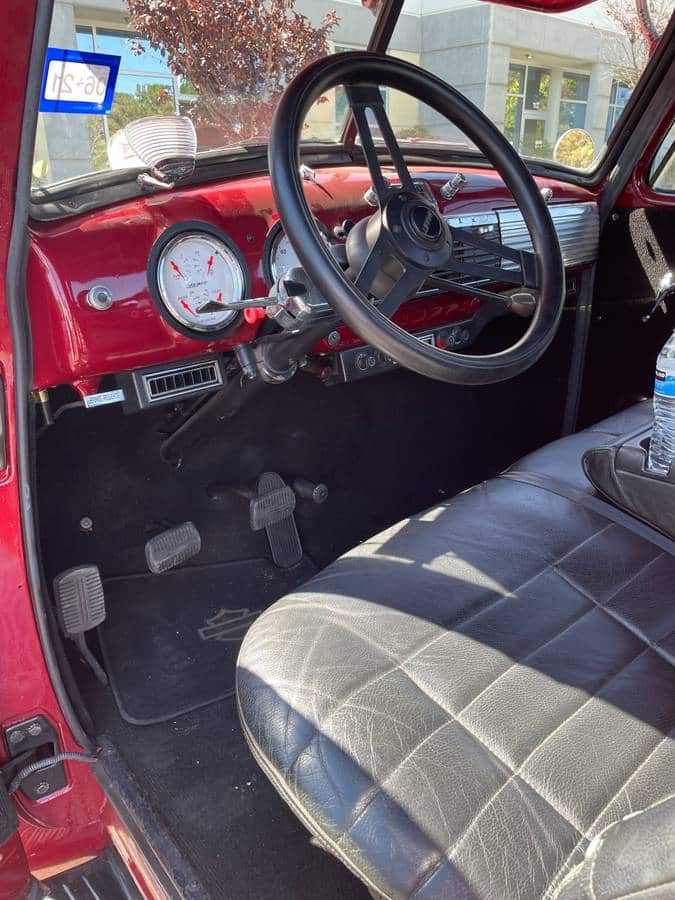 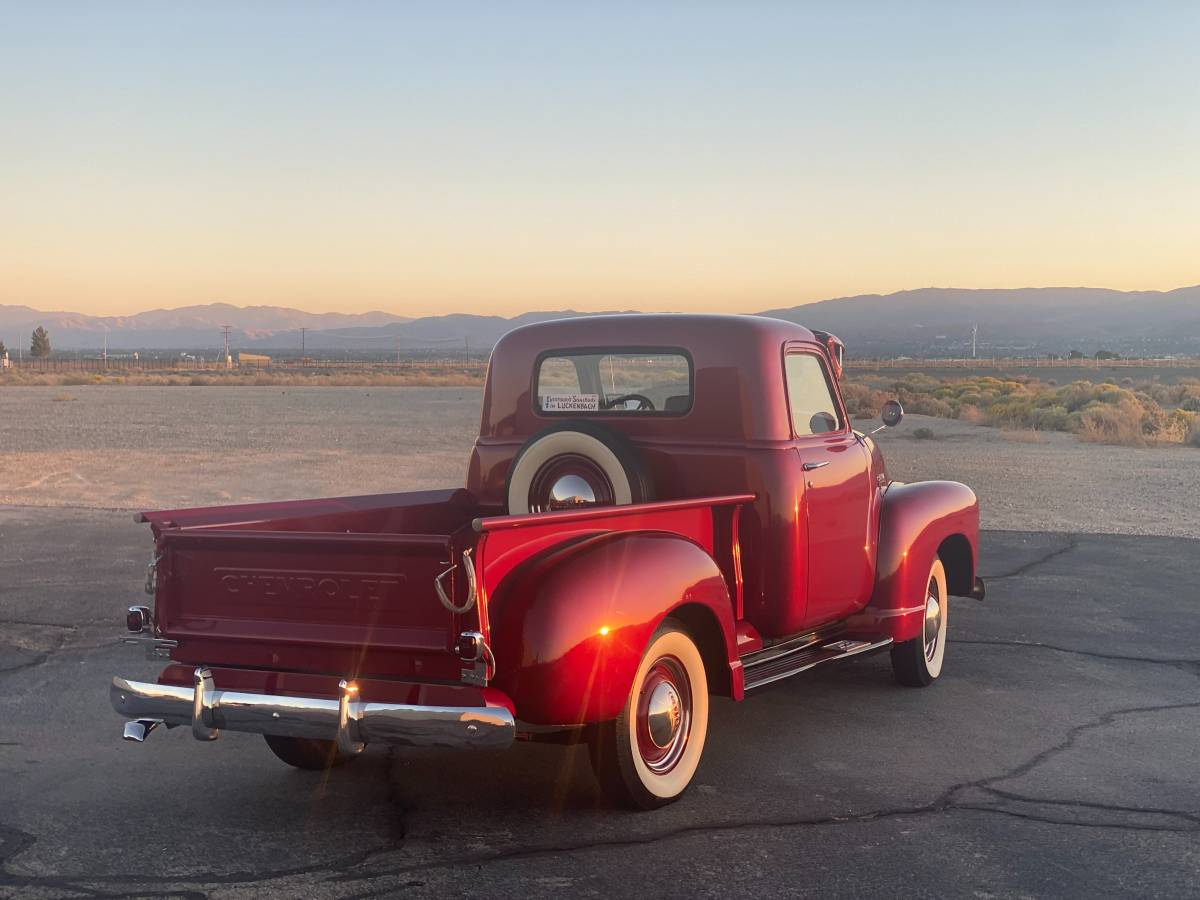 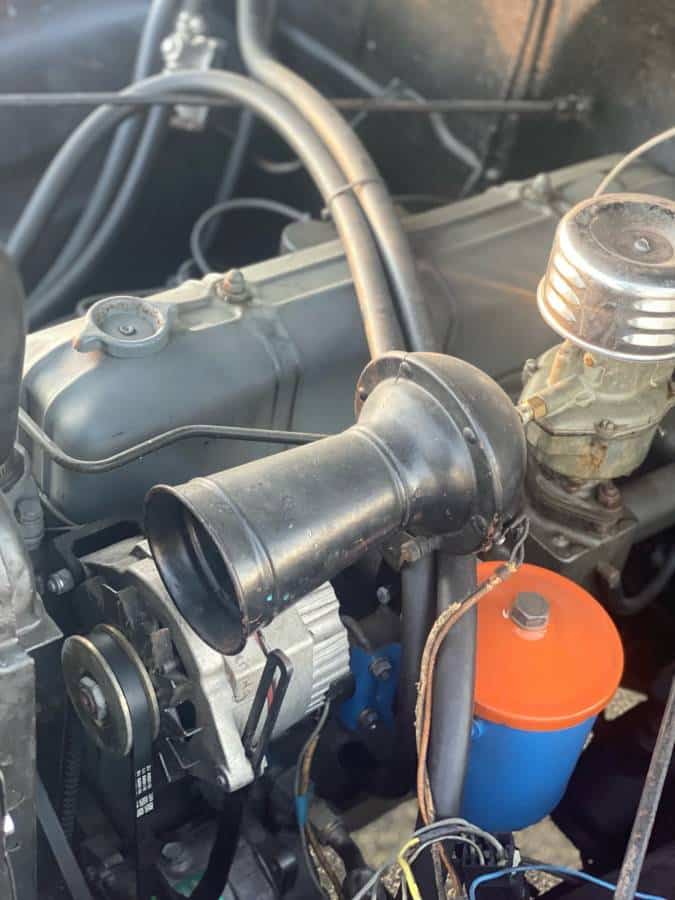 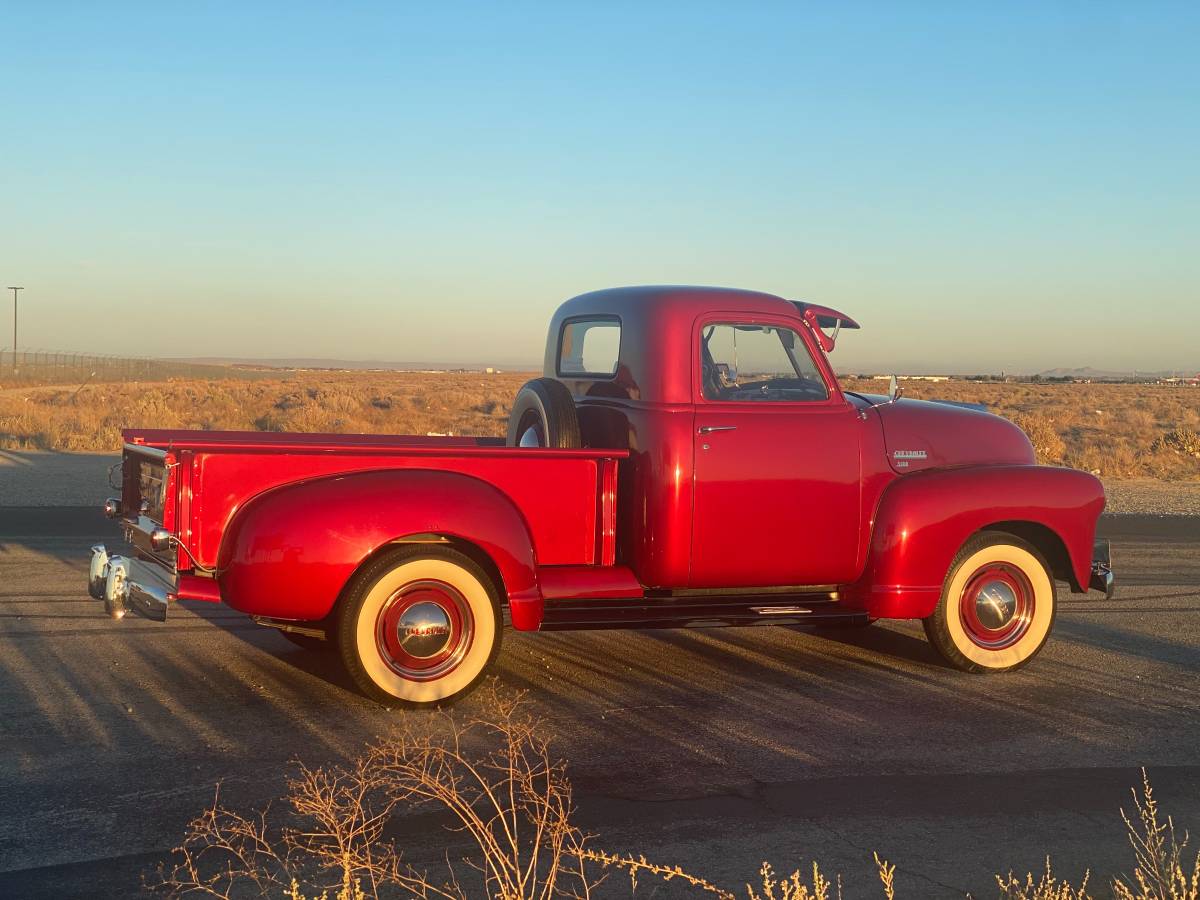 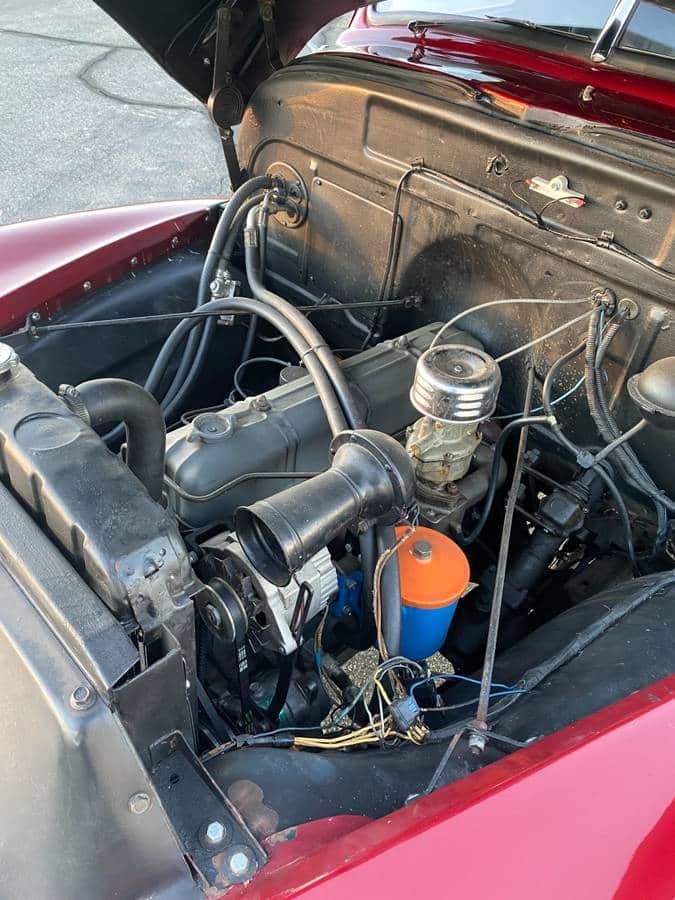 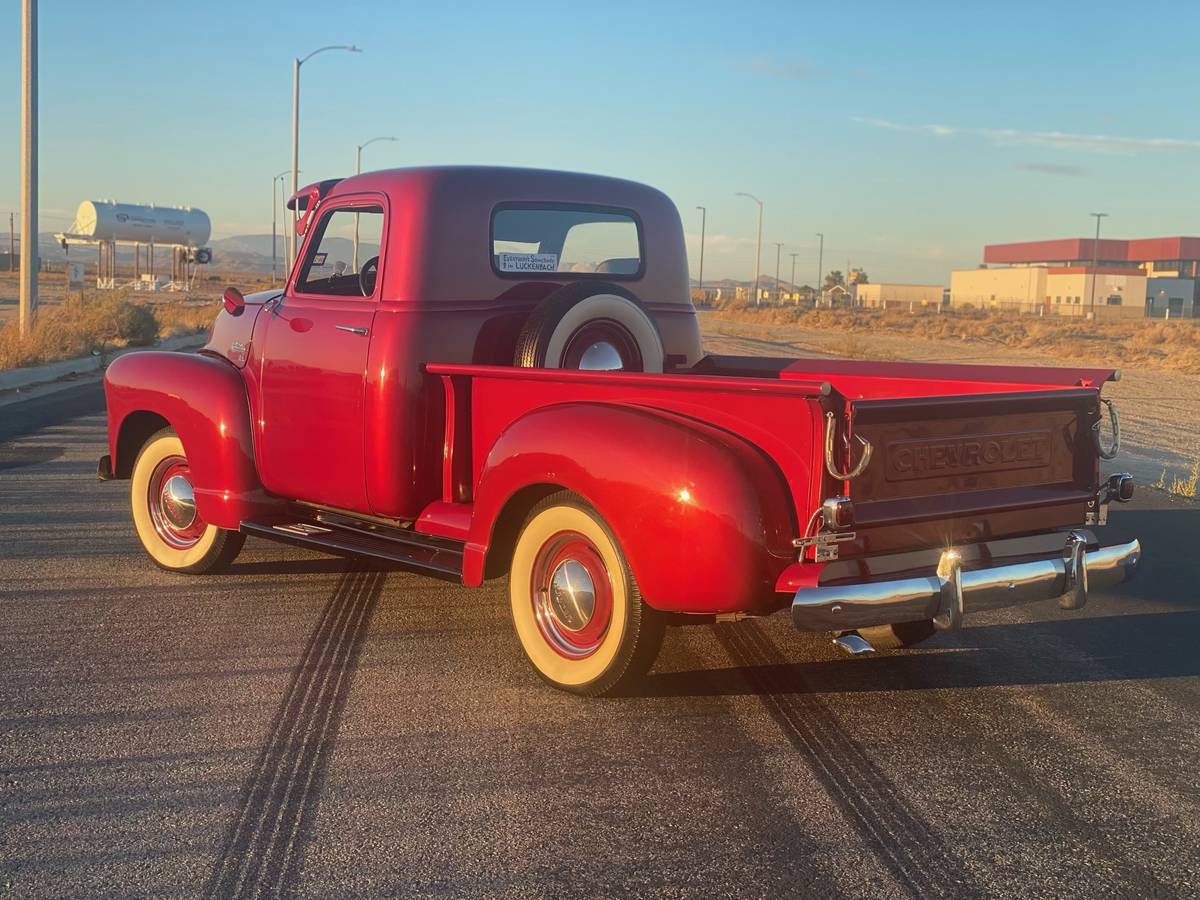 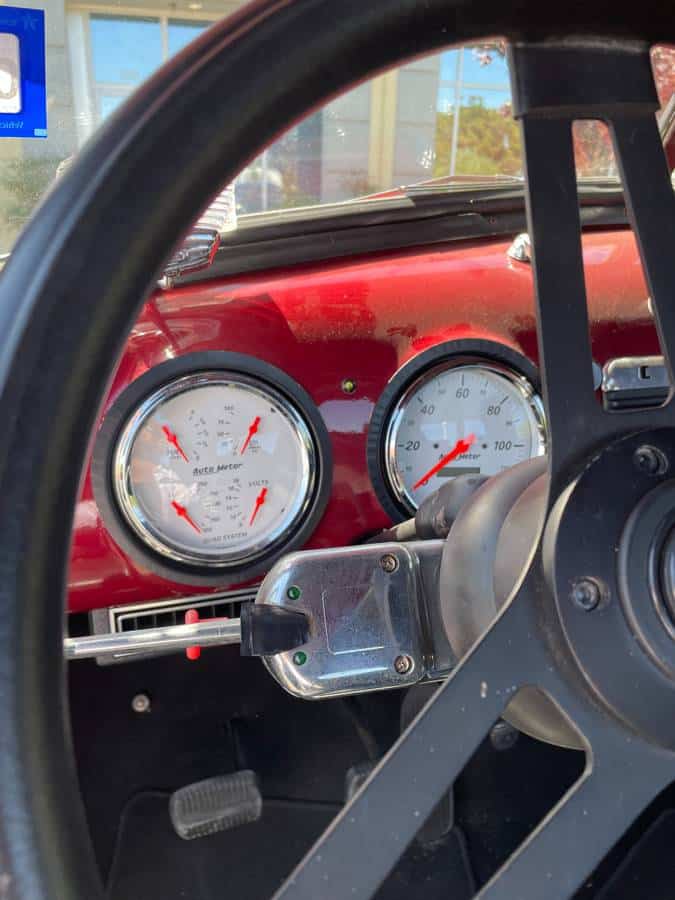 Photographers often cite the Golden Hour as the best time to take pictures of outdoor objects. The Golden Hour refers to either the first hour after sunrise or the hour before sunset, as the lighting is not harsh and provides a nice glow to make the pictures pop.  The seller of this 1950 Chevrolet Series 3100 1/2 T0n Stepside pickup, originally listed in October 2022 on Craigslist in Lancaster, Nevada (Las Vegas) nailed how to take Golden Hour Pictures.

Even better than the pictures used in their listing, we like the nice mix of modern features that allow this vintage pickup to perform daily driver duty in the Nevada desert.  While the powertrain remains virtually stock, adding a more modern bench seat and a Vintage Air A/C system combine to up the comfort factor in this Pickup.

Once offered for $24,500, Classic.com, the analytics and search engine for the collector car market, confirms the ask is well below the one-year rolling average of this guide’s summary for Advance Design Chevrolet pickups produced between 1948 and 1955.  By clicking on the green dots in the graph below, you can navigate to each comparable car sold as a way to help you evaluate the price of the truck featured here:

Chevrolet (and GMC) used the same basic design family for all its trucks, including the Suburban, panel trucks, canopy express, and cab-overs. However, while cab-overs used the same basic cab configuration and similar grille, they relied on a shorter, taller hood and different fenders. The unique cab over fenders and hood required a custom cowl area which makes the cab over engine cabs and normal truck cabs incompatible with one another while all truck cabs of all weights interchange.

From 1947 until 1955, Chevrolet trucks were number one in sales in the United States, with badge-engineered versions sold at GMC locations.  While General Motors used this front-end sheet metal, and to a slightly lesser extent the cab, on all of its trucks except for the cab-overs, there are three main sizes of this truck: the half-, three-quarter-, and full-ton capacities in short and long wheelbase.

Standard power came from a 216 cubic inch version of Chevrolet’s second-generation “Stove Bolt” straight-six engine first launched in 1937.  The Stovebolt engine was significantly re-engineered for the 1937 model year, distinguished from the earlier 1929-1936 engines by having a redesigned crankcase with four main bearings in lieu of the older engine’s three bearings. With a modest 6.5:1 compression ratio, the 216 cubic inch inline six provided 92 horsepower by 1950. This generation of engines did not use a fully pressurized oiling system. The connecting rods were oiled using an “oil trough” built into the oil pan that had spray nozzles that squirted a stream of oil at the connecting rods (which were equipped with “dippers”), thus supplying oil to the rod bearings.  Rod bearings were made of babbitt cast integral with the rod. The bearing was adjustable for wear by removing copper shims between the rod cap and connecting rod. In this way, specified oil clearance could be maintained.

The SamSpace81 YouTube Channel features this video giving the perspective of what it’s like to drive a straight-six powered Advance Design 3100 pickup truck:

Equipped with updated gauges, a Vintage Air A/c system, and a more modern bench seat of unknown origin, we can see why the seller hints that their 1950 Chevrolet 3100 1/2 ton stepside pickup is “an excellent daily driver.” As long as you’re not in a hurry to get anywhere, you’ll likely receive many comments driving this restored and smartly modified truck around town.

Show or go: What would you do with this 1950 Chevrolet 3100 stepside pickup for sale?  Please comment below and let us know!