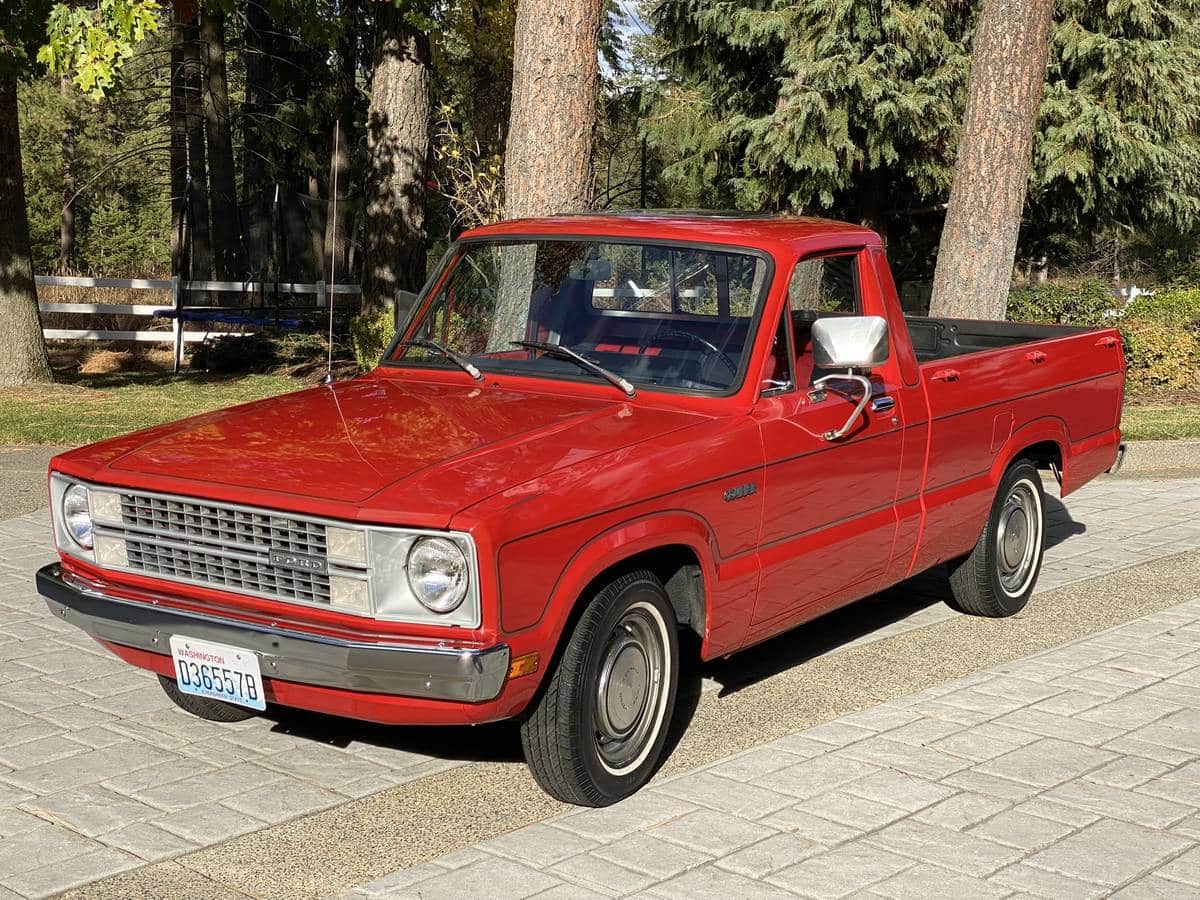 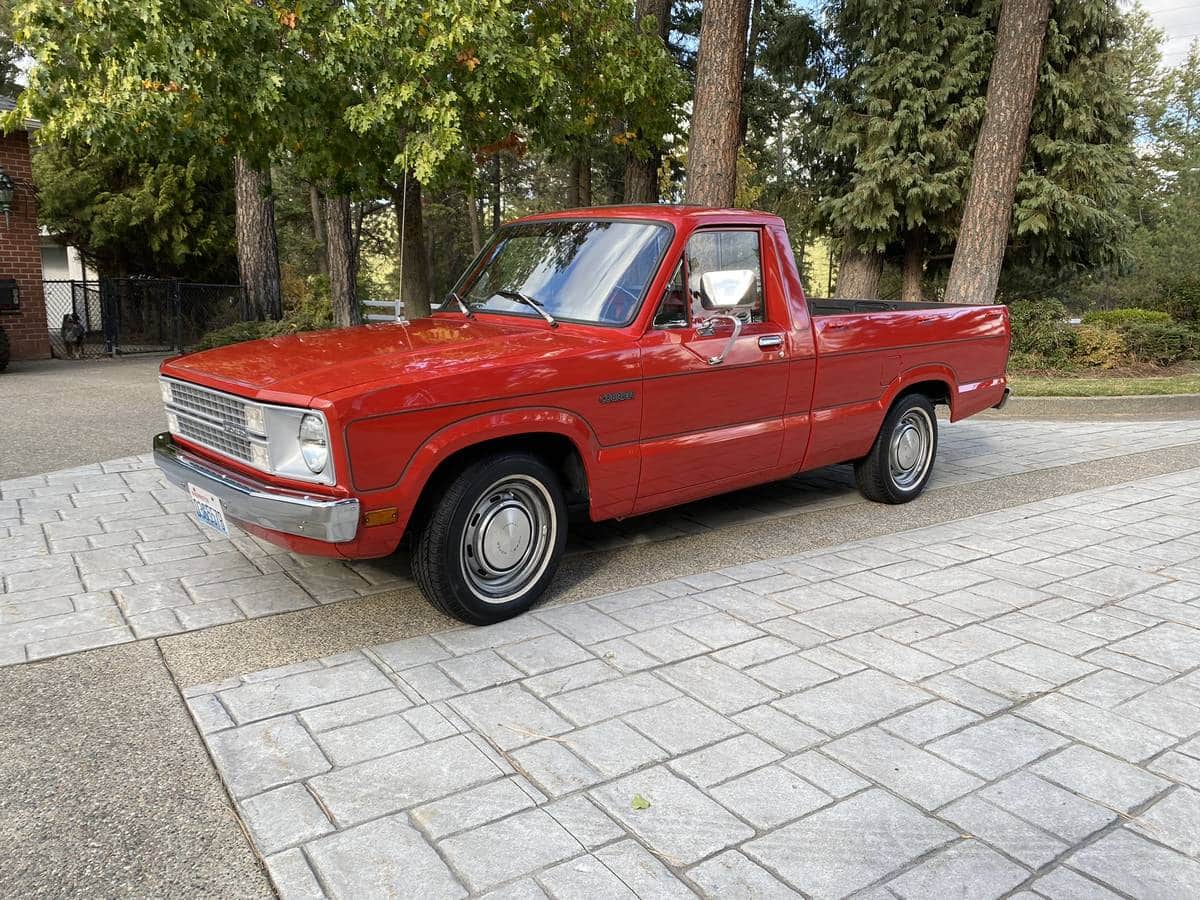 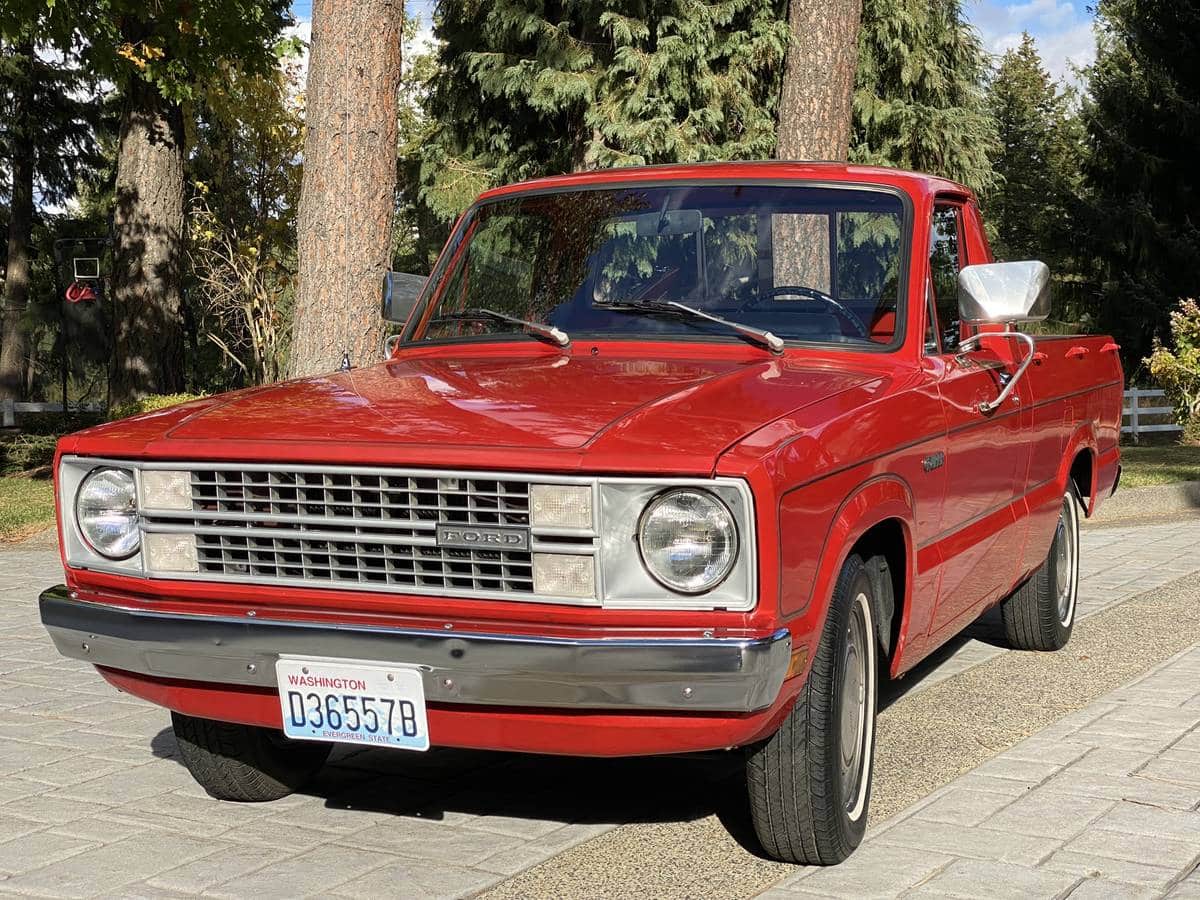 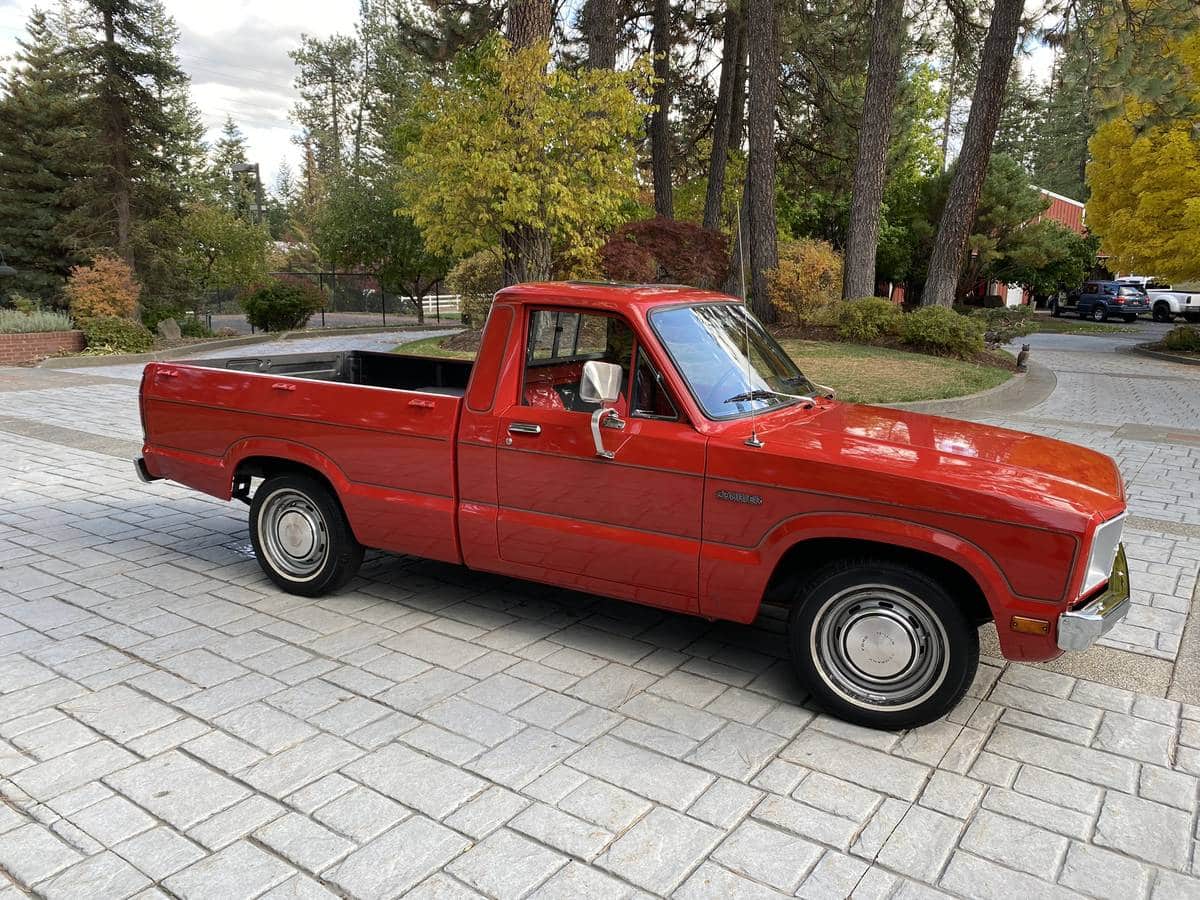 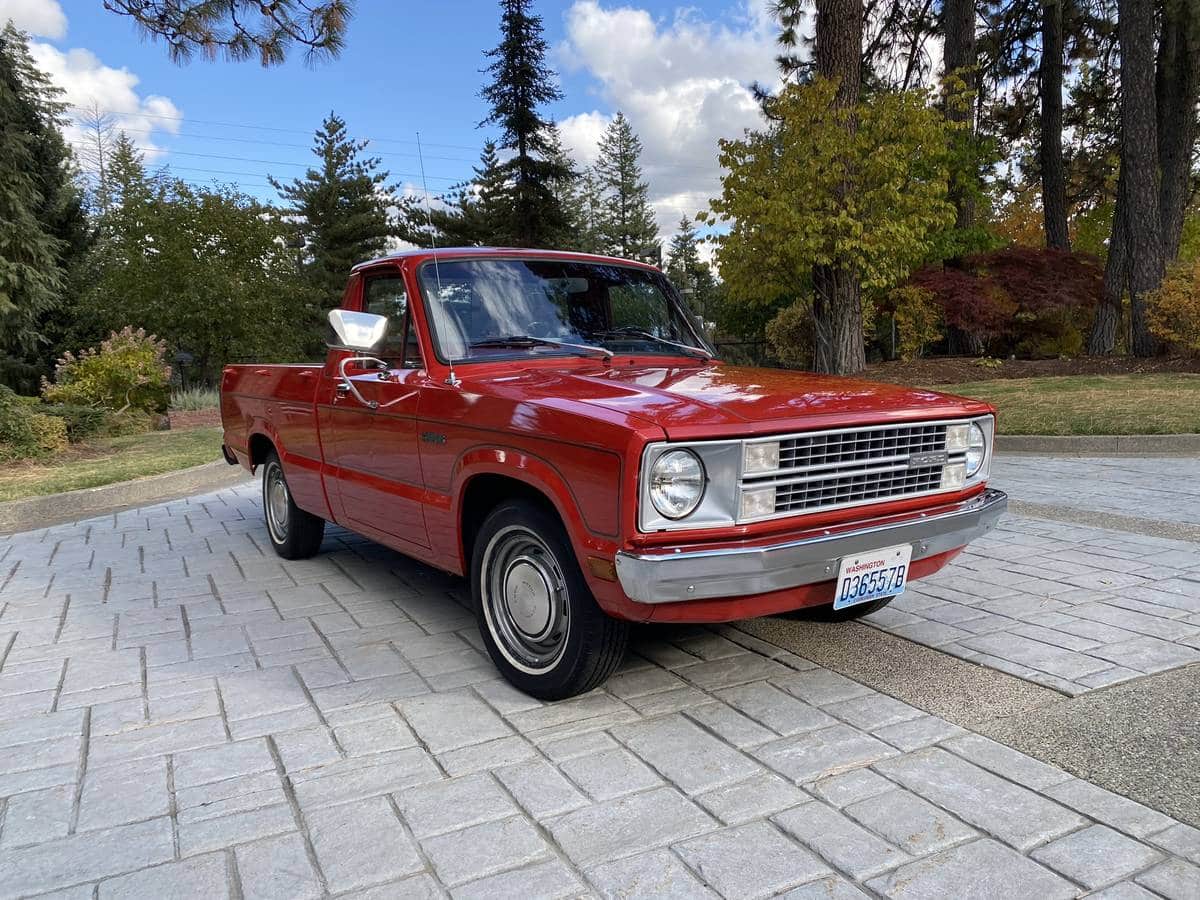 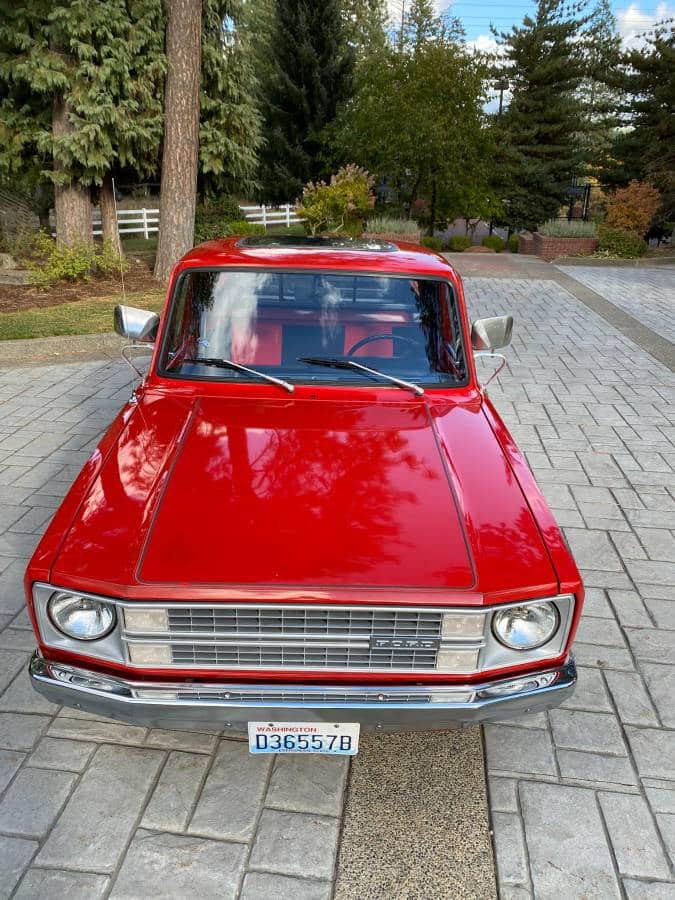 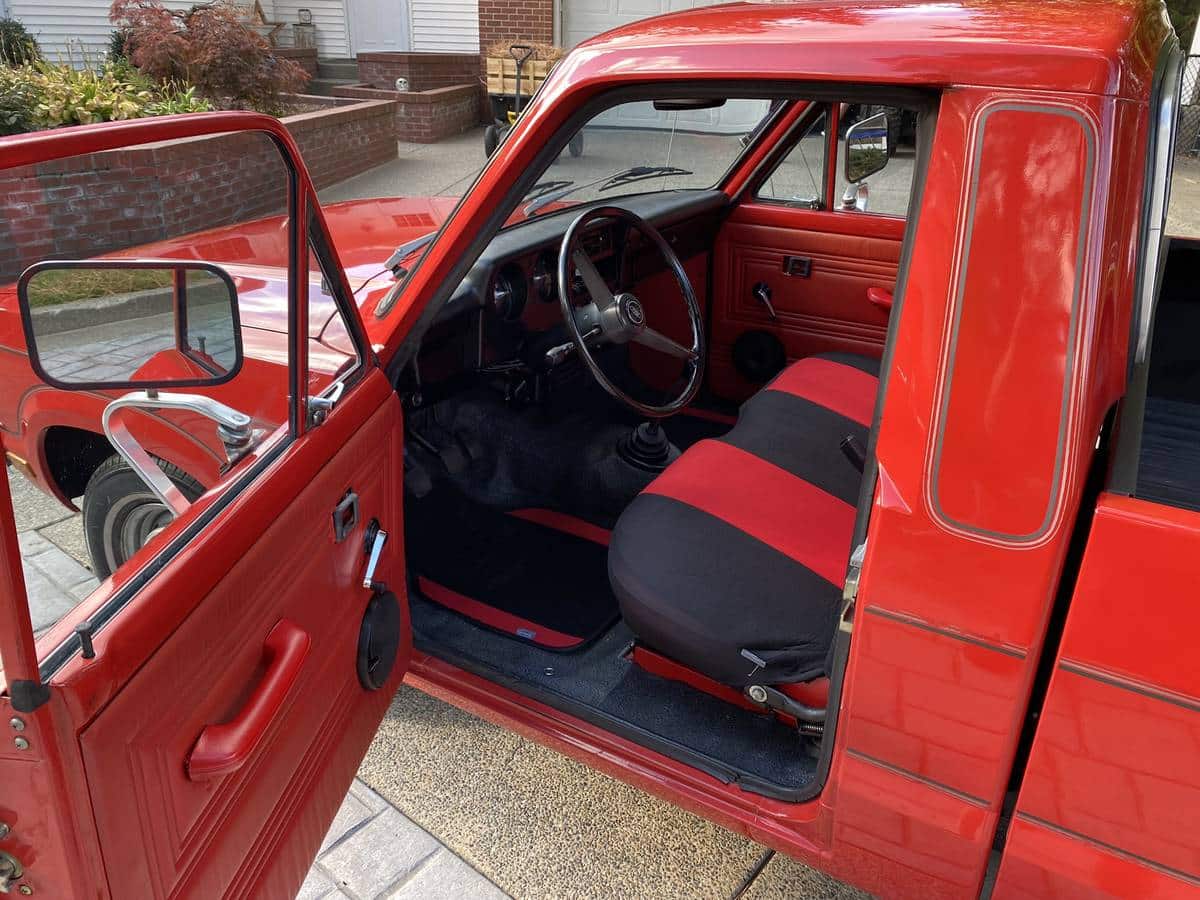 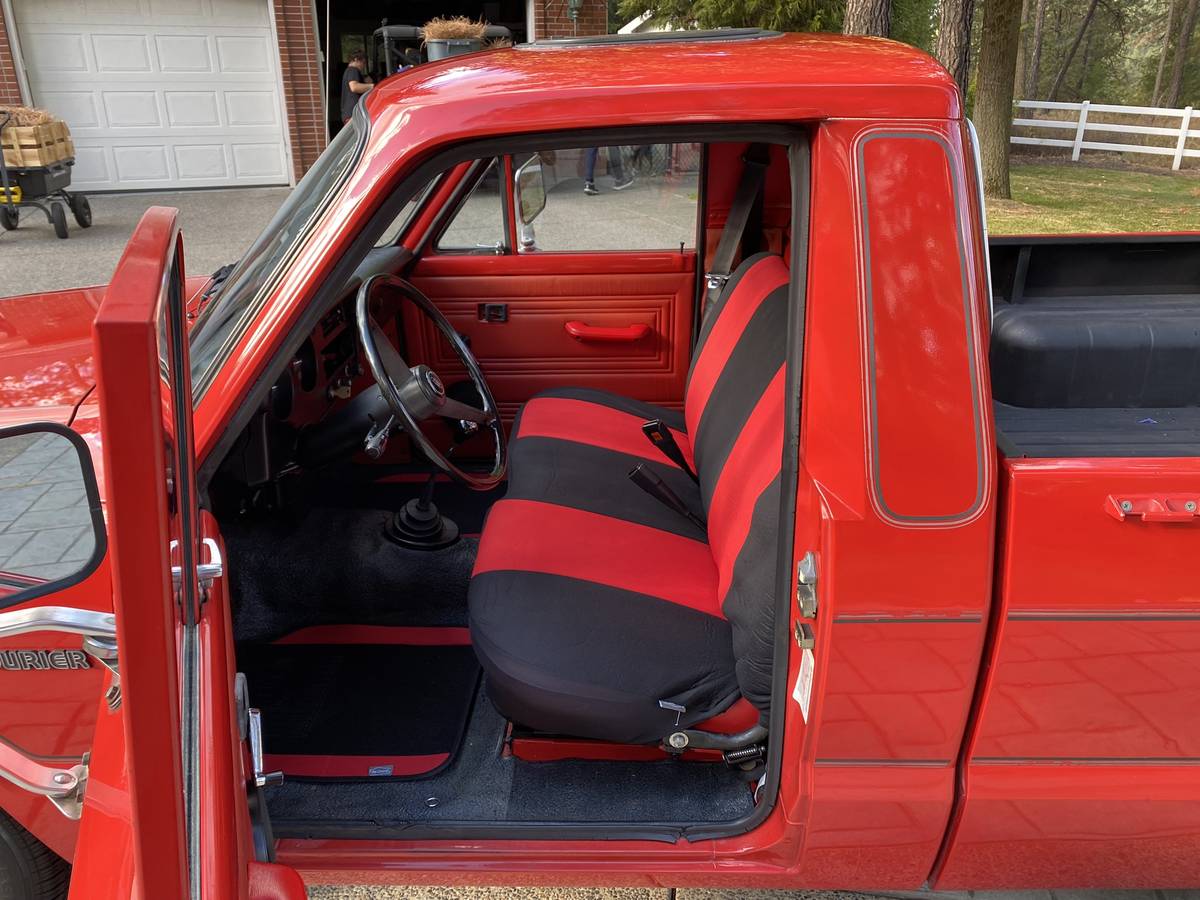 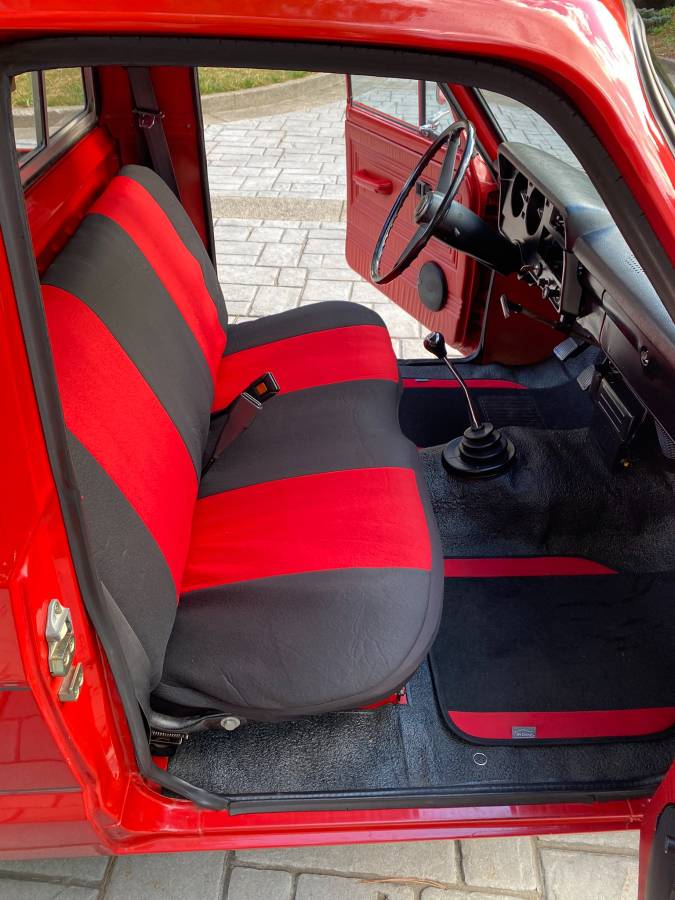 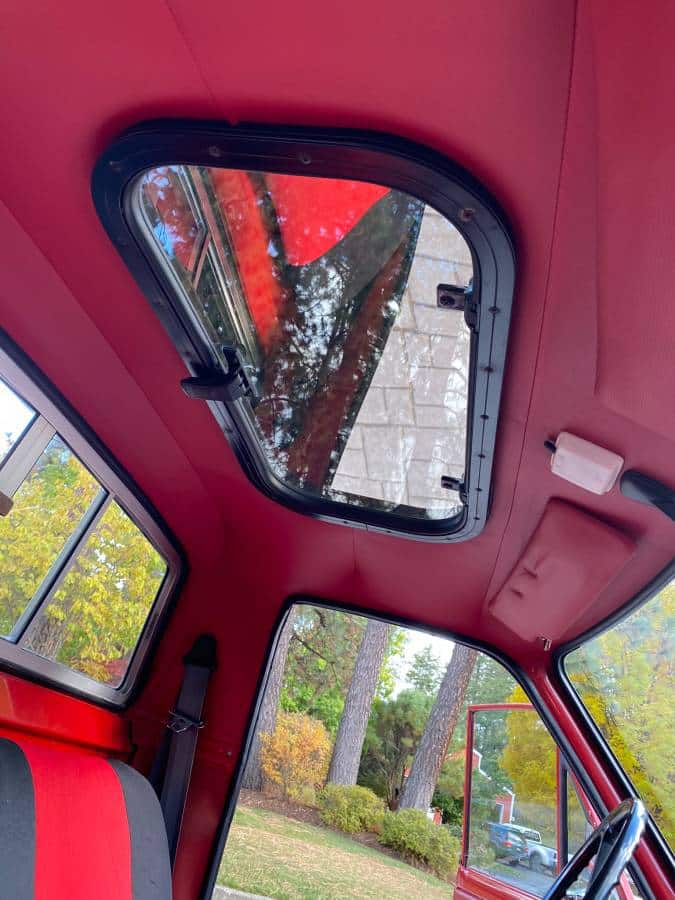 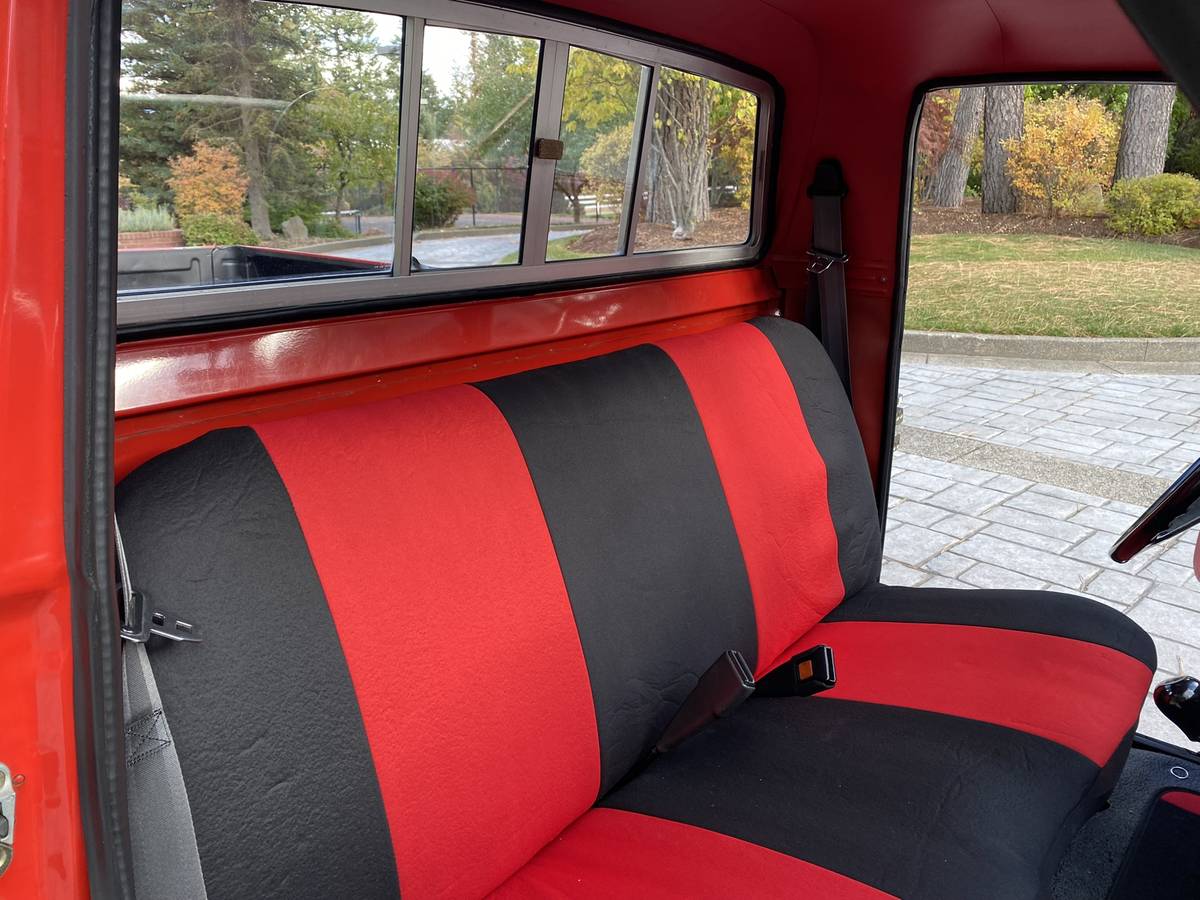 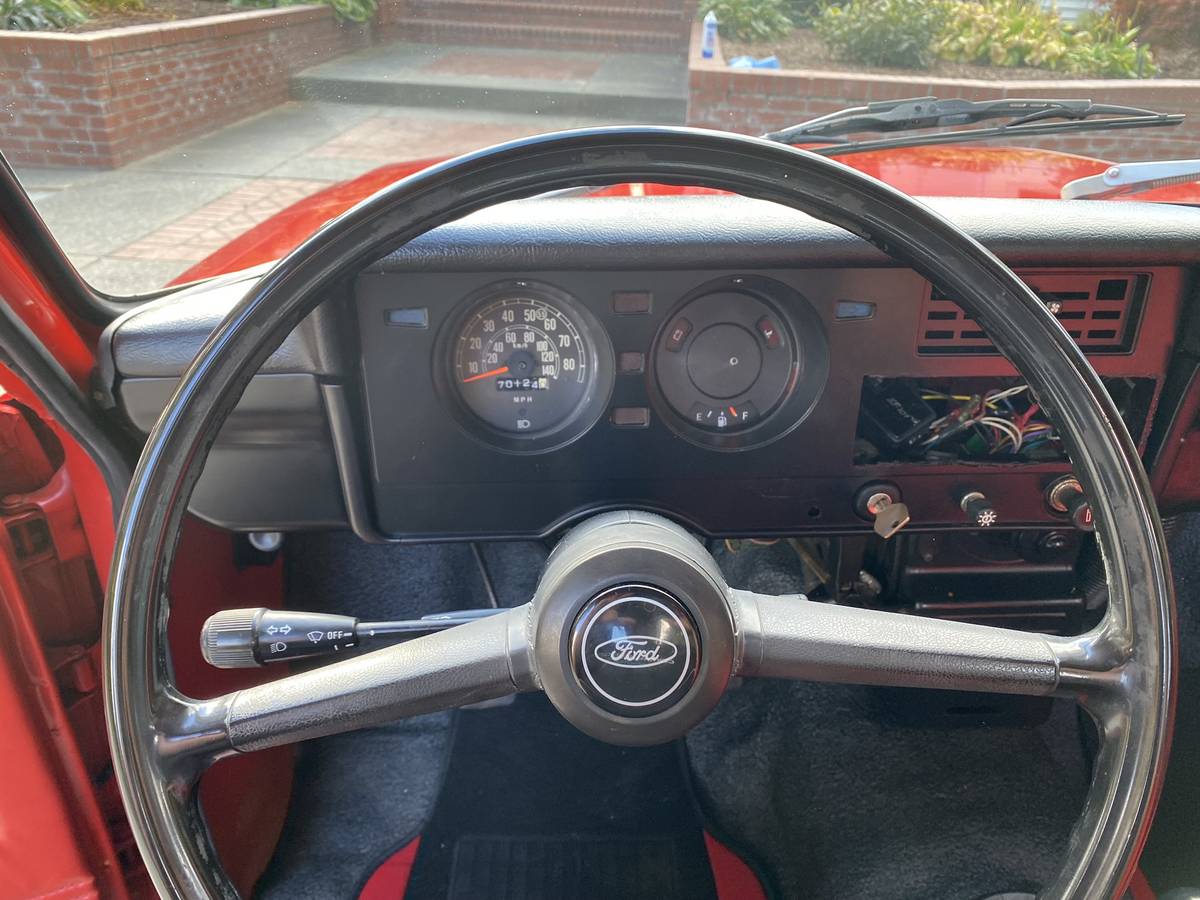 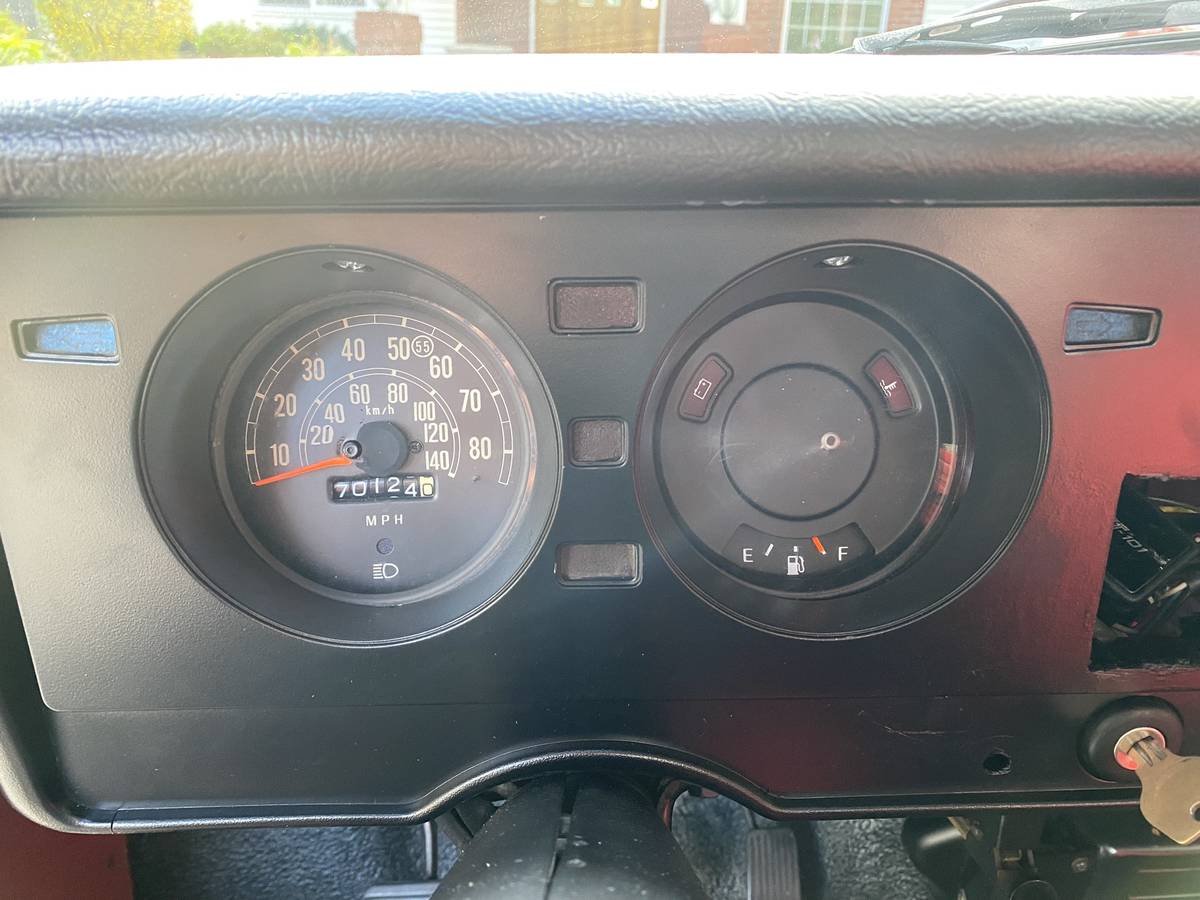 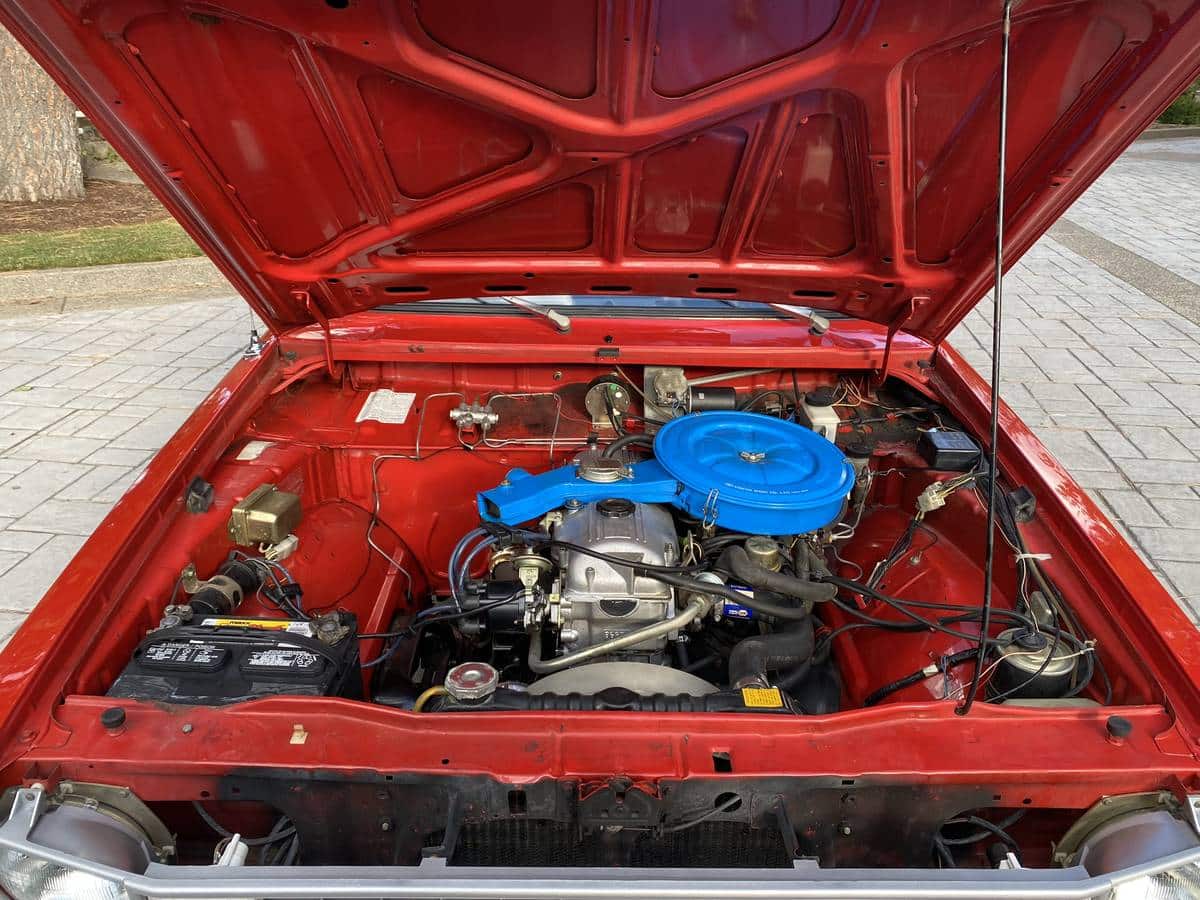 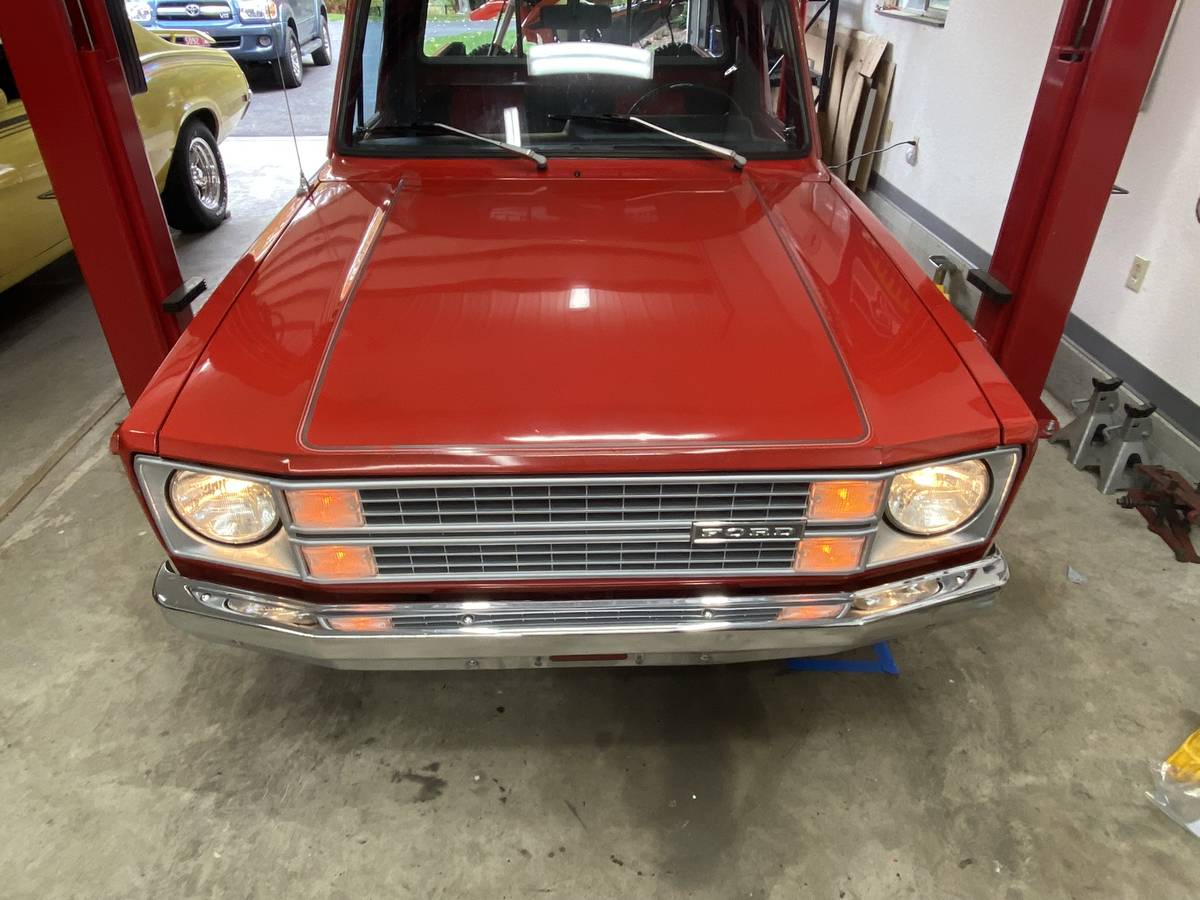 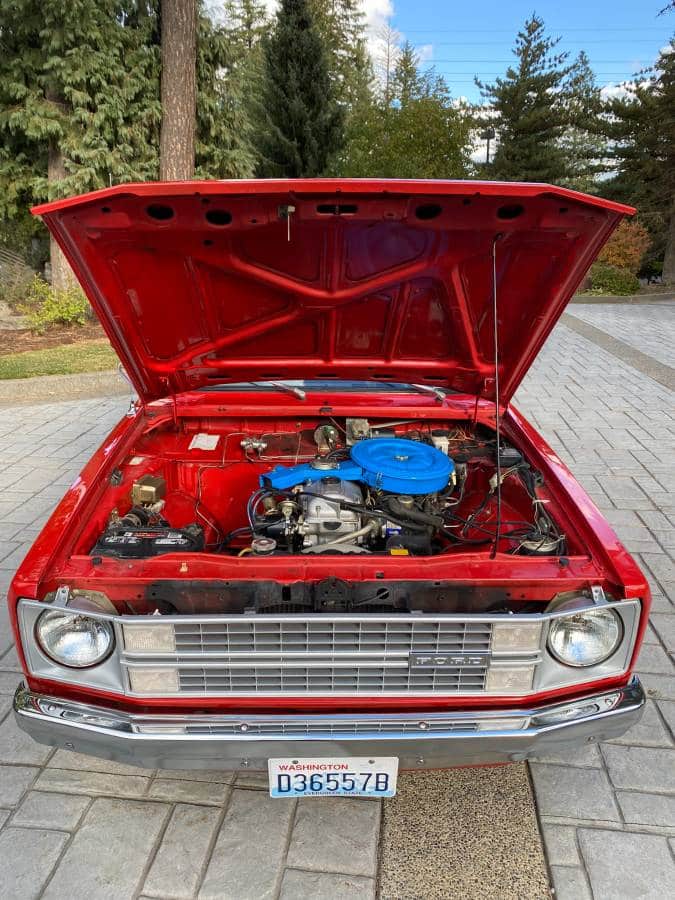 December 6, 2022, Update – We confirmed the listing for this “Classifind” expired, so with no replacement found, we’re assuming this ride is “Sold?” While this one got away, please reach out either by email or call us directly if you’d like to be informed when we come across something similar.

As a knowledgeable Ford enthusiast about when Ford first applied the Courier brand name to a vehicle, they will tell you it was a mid-1950s Sedan Delivery. You would have likely guessed the rebadged Mazda B-Series pickup if you’re a certain age.  There are many rides you see many of driving around until one day, you realize they’ve all been either used up or rotted away.  Ford’s original compact truck, the Mazda-based Courier, is one of those vehicles.   That’s how we felt when we saw this red 1981 Ford Courier on Craigslist in October 2022 near Spokane, Washington. The seller reports that their Courier has been completely restored, and the only thing left is to purchase and install a new stereo system.

Once offered for $13,500, Classic.com, the analytics and search engine for the collector car market, confirms the ask is slightly below the one-year rolling average of this guide’s summary for second-generation Ford Couriers produced between 1972 and 1982.  By clicking on the green dots in the graph below, you can navigate to each comparable car sold as a way to help you evaluate the price of the truck featured here:

Noting the rising sales of compact Japanese mini-trucks in the U.S., Ford offered a badge-engineered version of Mazda’s B-Series pickup truck.  Launched for the 1972 Model year, the compact Ford Courier offered greater fuel economy than the full-sized pickups of the time. The Courier was manufactured by Toyo Kogyo (Mazda), imported to North America, and sold by Ford Motor Company in response to the unforeseen popularity of the small Toyota and Nissan/Datsun Pickups. It occupied the market segment previously held by the Ford Falcon-based Ranchero when that platform was upgraded to the larger Ford Fairlane in 1966.

Like the other mini pickups of the time, it featured a 1.3 Liter four-cylinder engine, a four-speed manual transmission, rear-wheel drive, an impressive load capability of 1,400 pounds considering its size, and a fairly small price tag compared to full-sized pickups of the time. To circumvent the 25% “chicken tax” on light trucks, Couriers (as with Chevrolet LUVs) were imported in “cab chassis” configurations, which included the entire light truck—less the cargo box or truck bed—and were only subject to a 4% tariff. Subsequently, a truck bed was attached to the chassis, and the vehicle could be sold as a light truck.

In 1977, Ford gave the Courier a fresh look, moving into the more blocky, angular styling. In 1979, the base model engine increased to 1.8 Liters.  Couriers came available with front disc brakes and a Ford-built 2.3-liter engine option (the same as the Ford Pinto & Mustang II and Mercury Bobcat & Capri). The key identifying feature of the Courier from the Mazda B-Series was still the singular headlights, although with park and indicator lights placed in the grille starting in ’78 (’77s still had the turn signal lights in the bumper). In 1979, the base model was increased to 2.0 Liters.

The Courier continued to be sold in North America until the 1982 model year. In 1983, Ford introduced its own Ford Ranger to fill its compact truck segment in the United States and Canada, effectively replacing the Courier. However, in other markets (such as Australia), this generation of Couriers continued until the 1985 model year, when the next generation was introduced. Australian models received a facelift in 1982.

While the freshly-detailed exterior and engine bay make this 1981 Ford Courier for sale pop, the aftermarket seat cover likely hides a well-worn bench seat upholstery.  Given what appears to be otherwise very good bones, we would consider having the truck’s bench seat upholstered properly right after we source a new stereo for this compact Courier pickup.

“This 1981 Ford Courier was obtained by the current owner, who performed a mini restoration. The truck features a 2.0-liter inline-four paired with a four-speed manual transmission. This truck features a rare Sunroof. As you can see from the photos, all it needs is a stereo to complete the build. It runs and looks like new. Some small dings as expected of a truck this age. This truck is fun and would be a perfect rig to learn to drive a stick on. This truck is a blast at car shows and turns many heads. Serious buyers only.