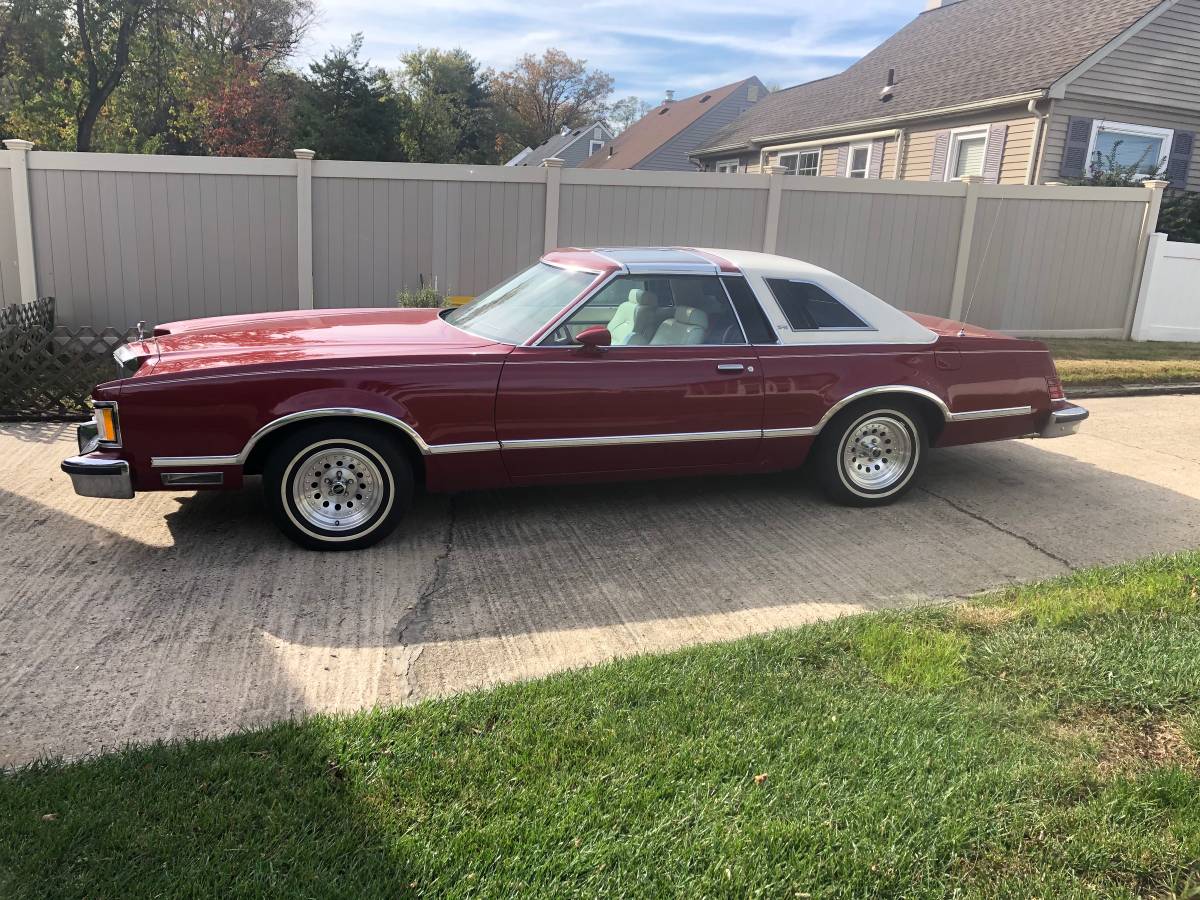 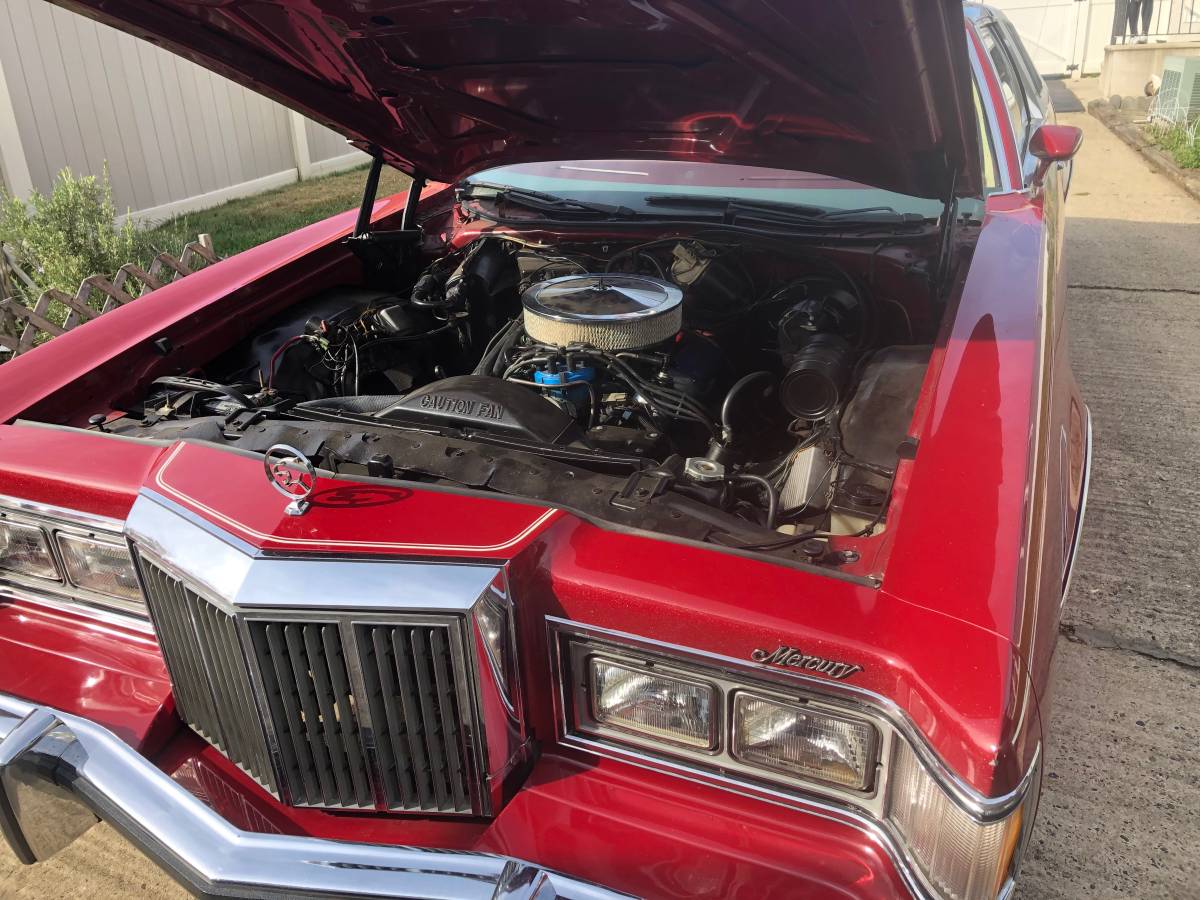 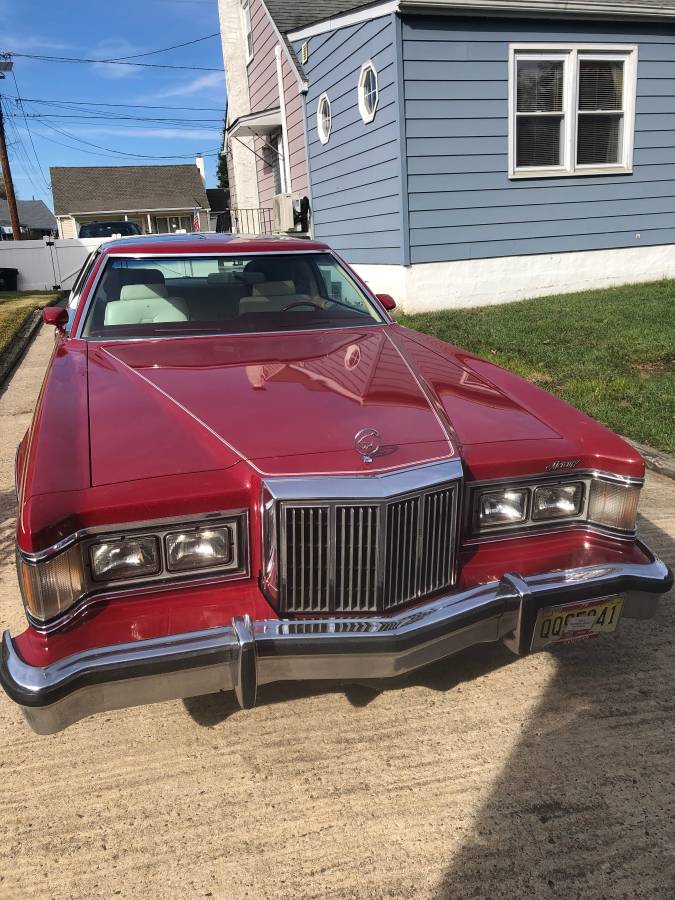 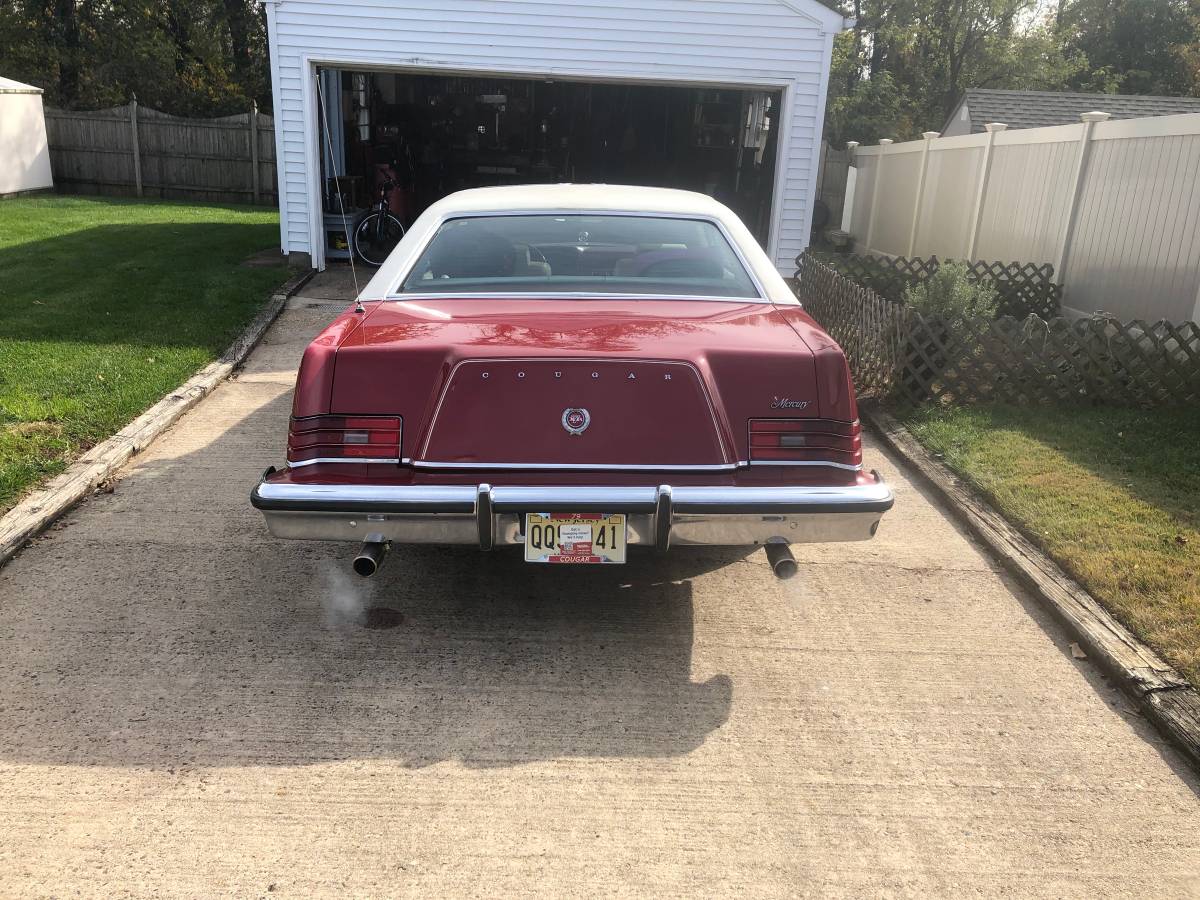 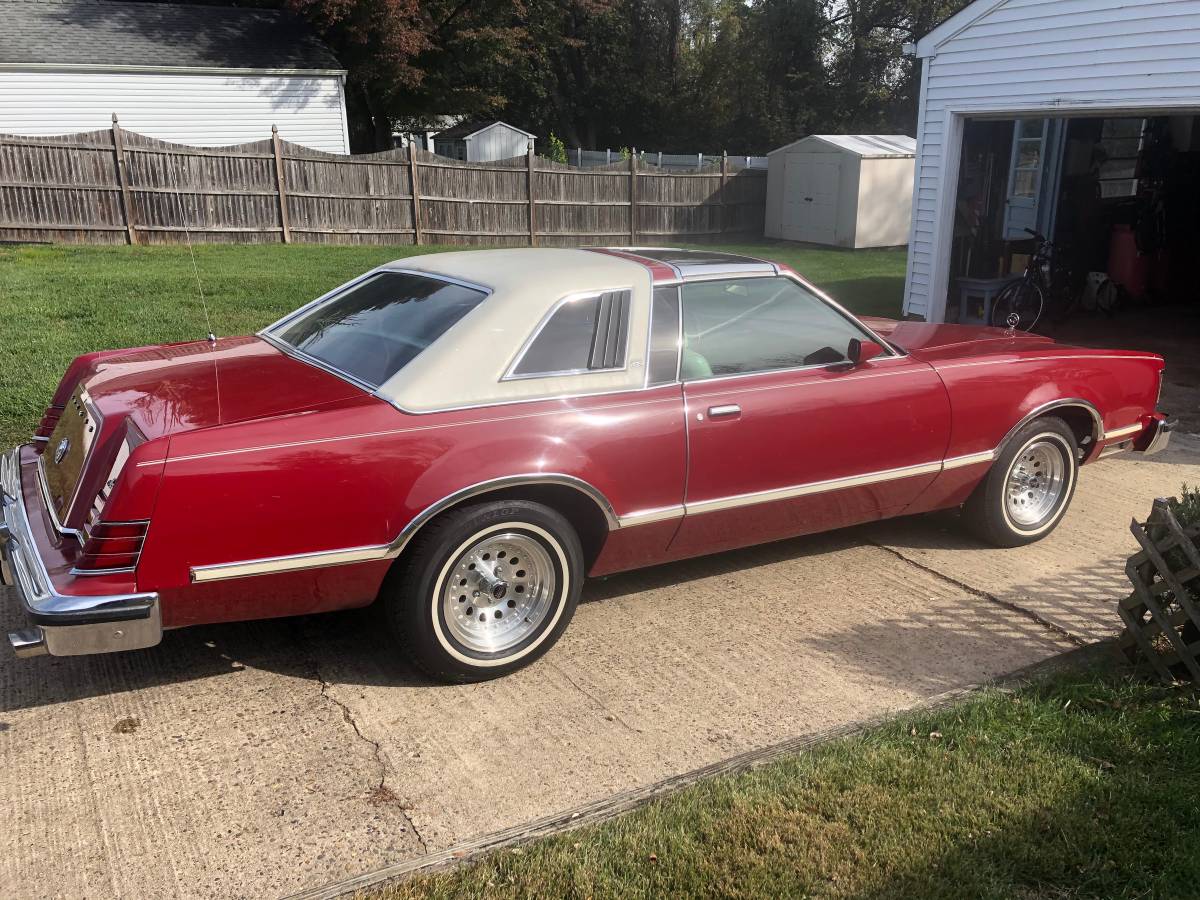 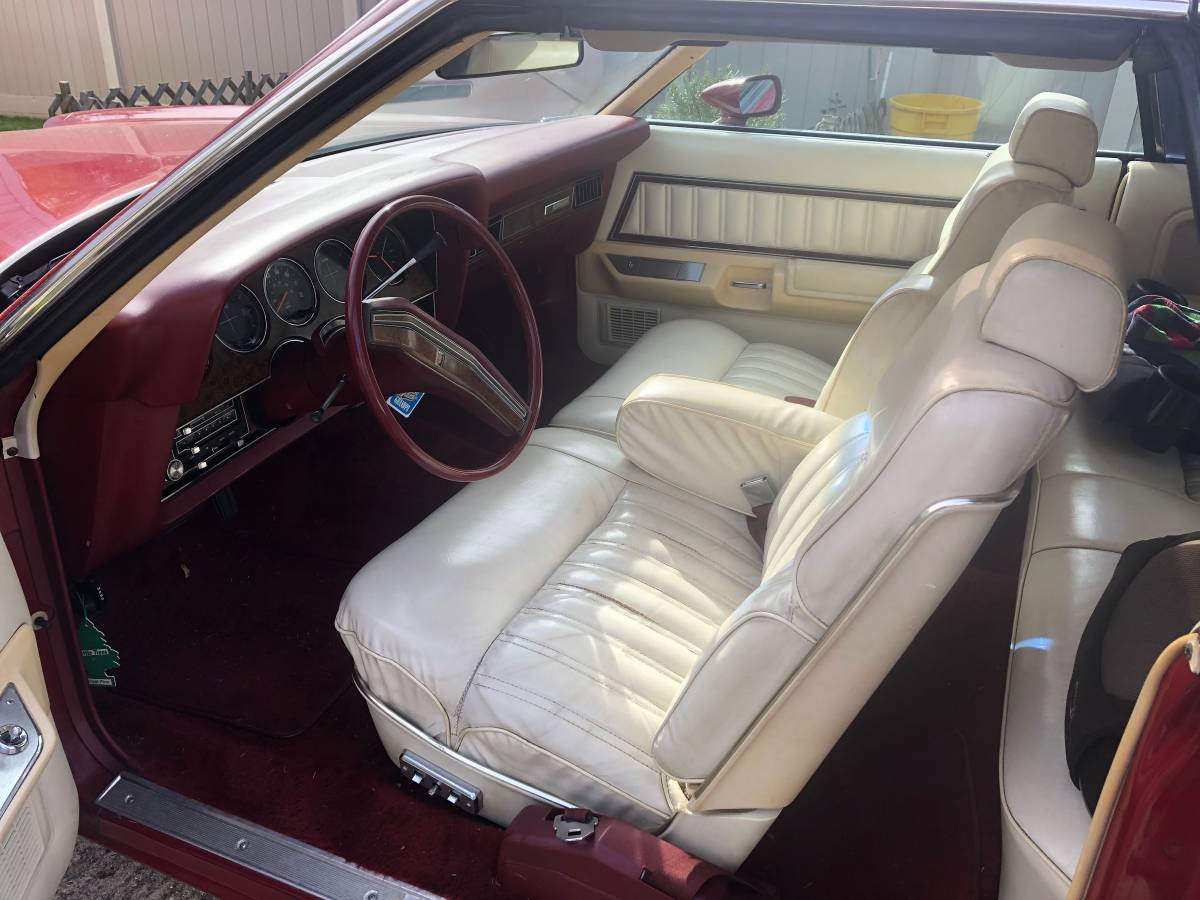 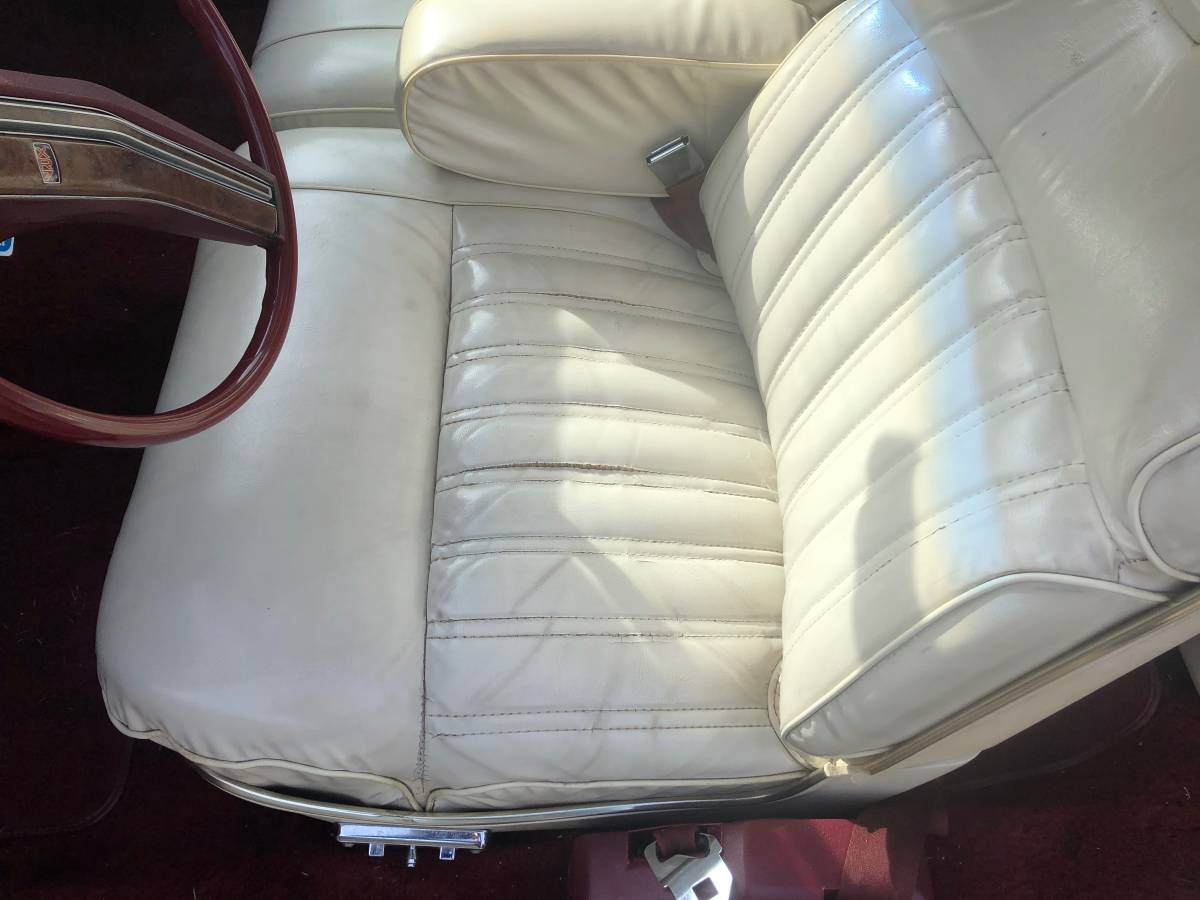 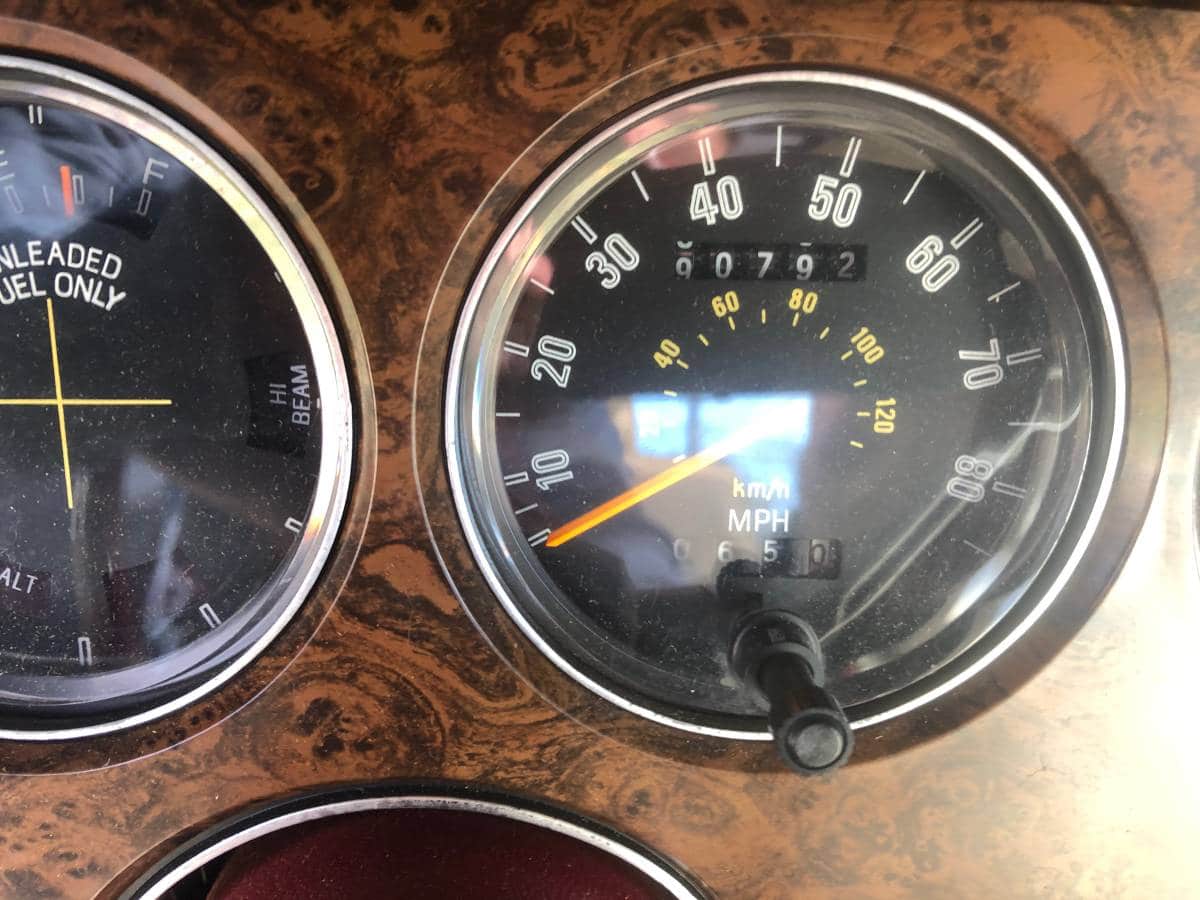 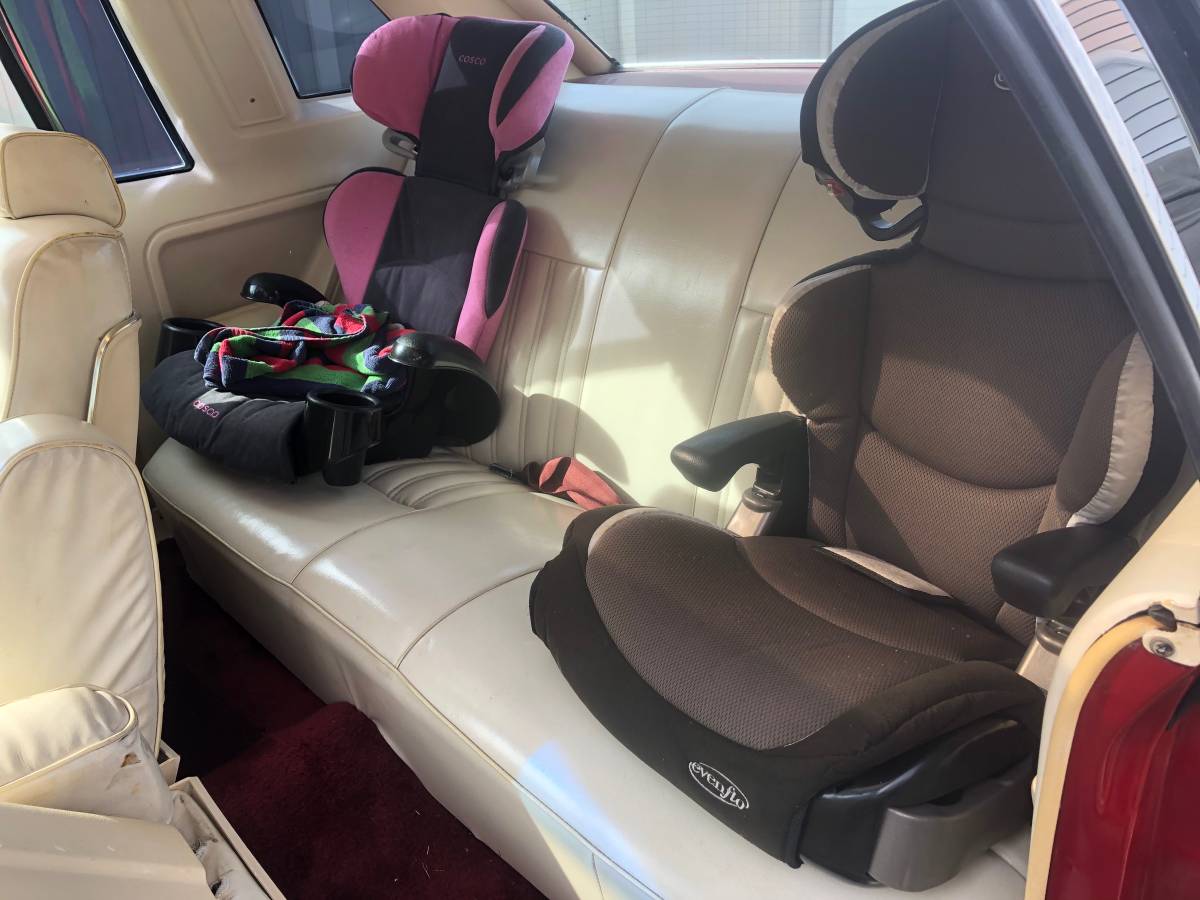 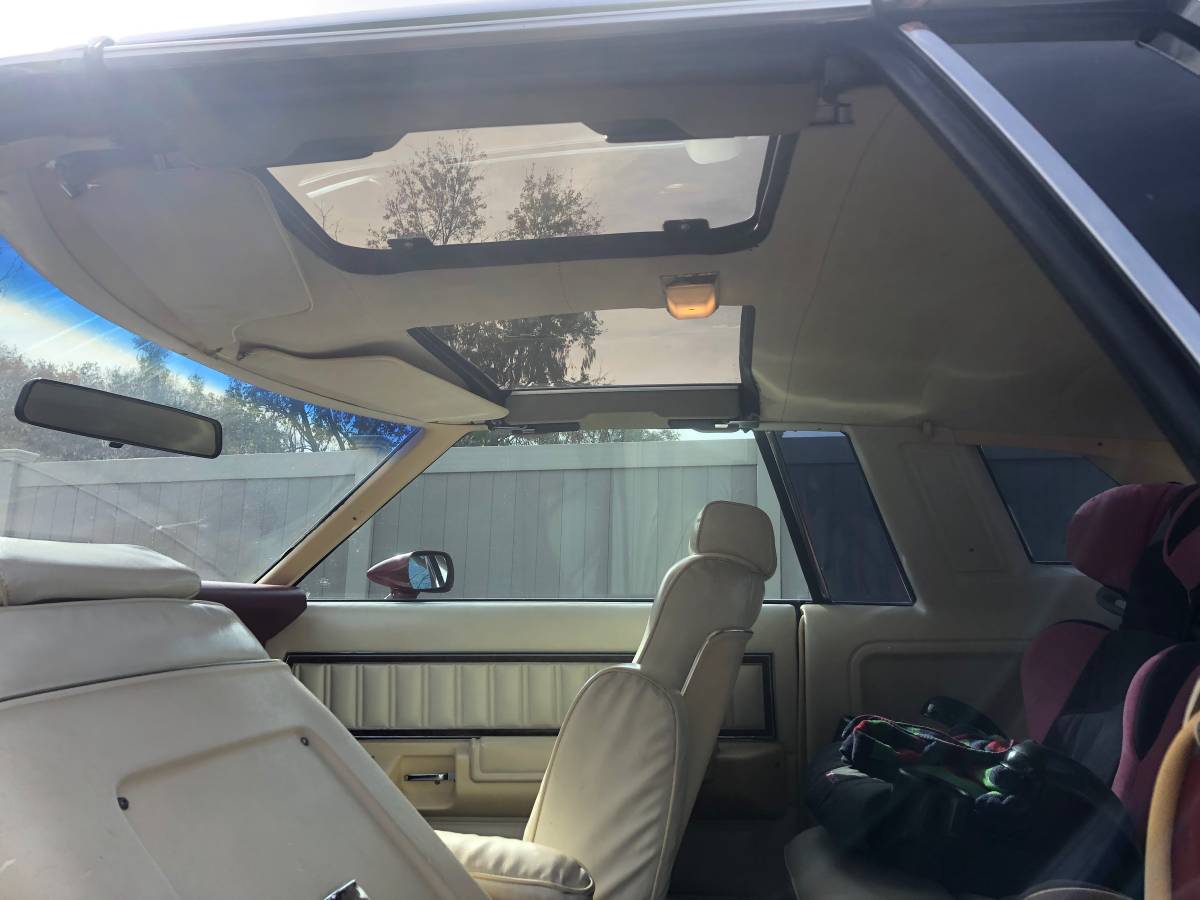 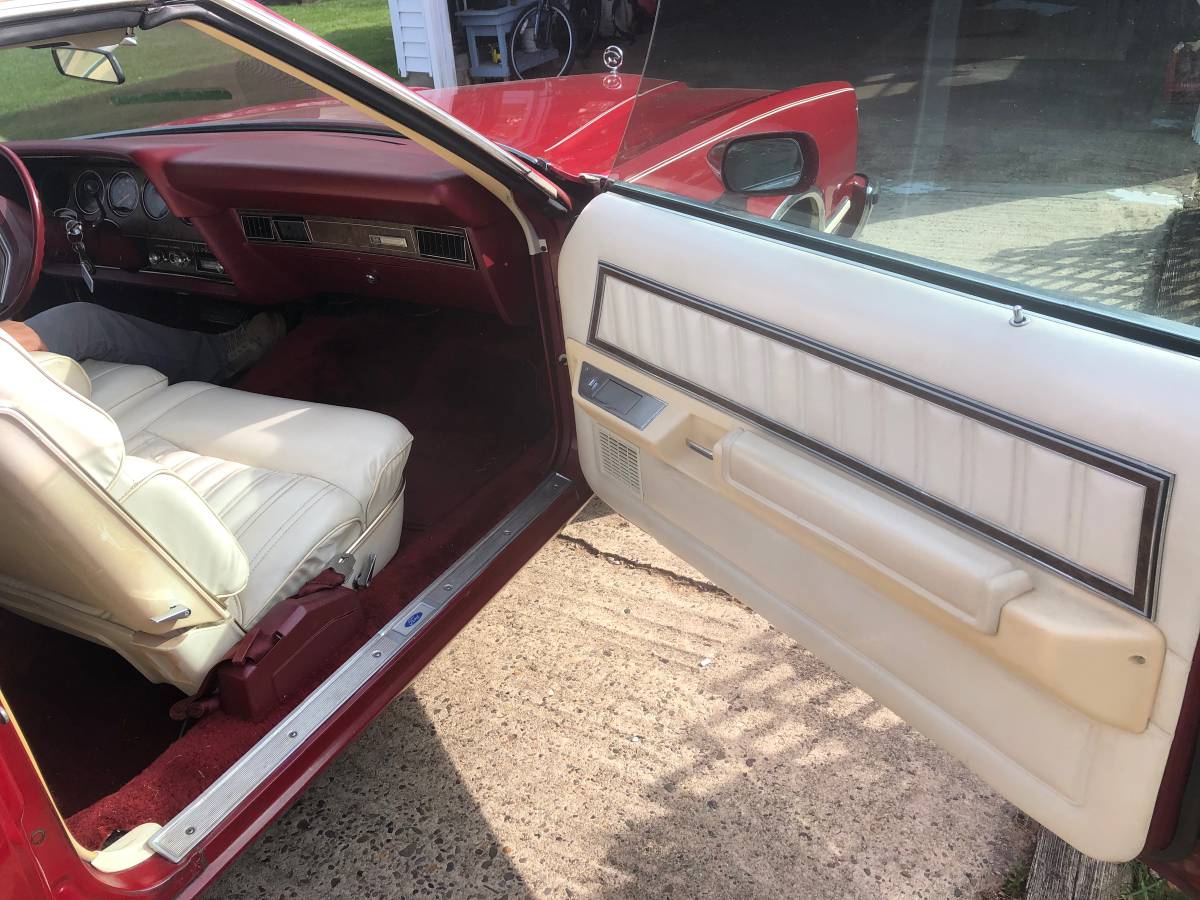 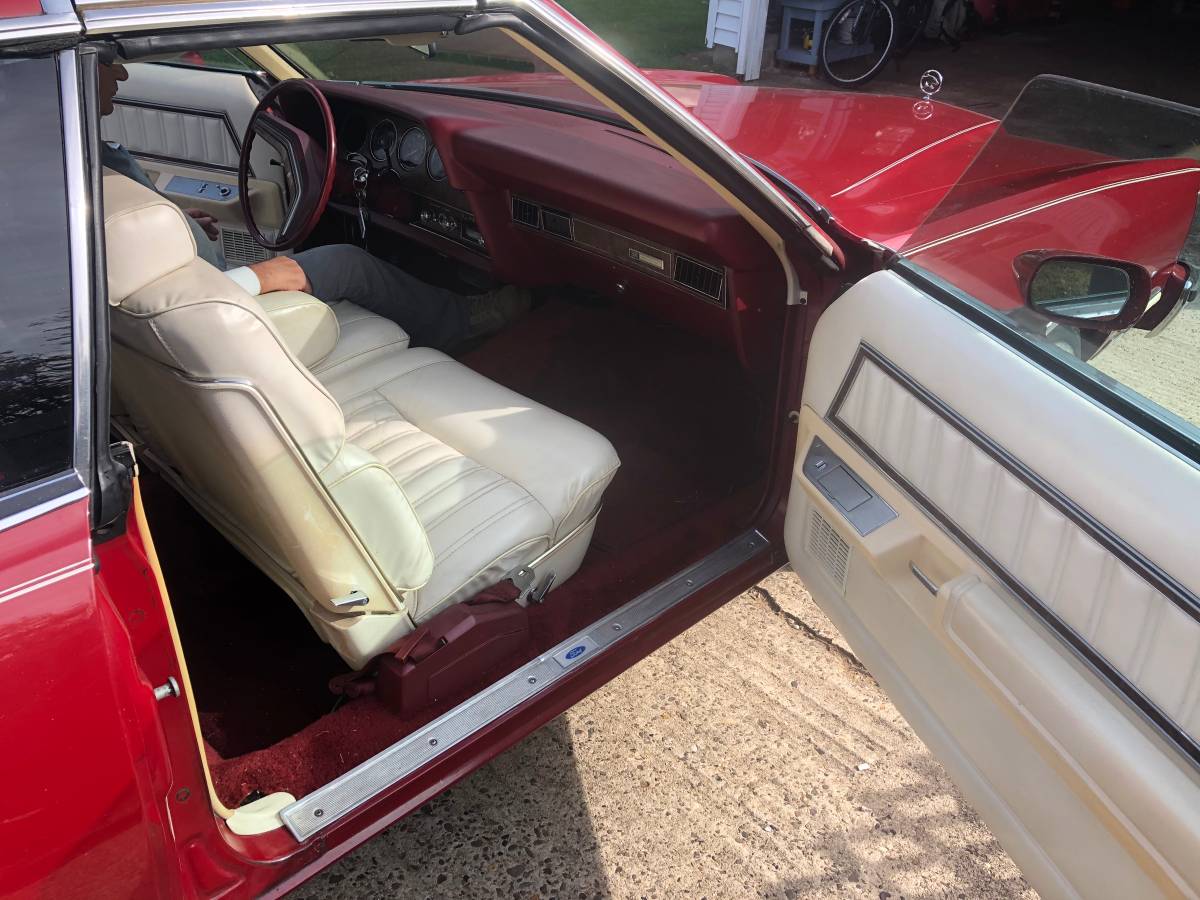 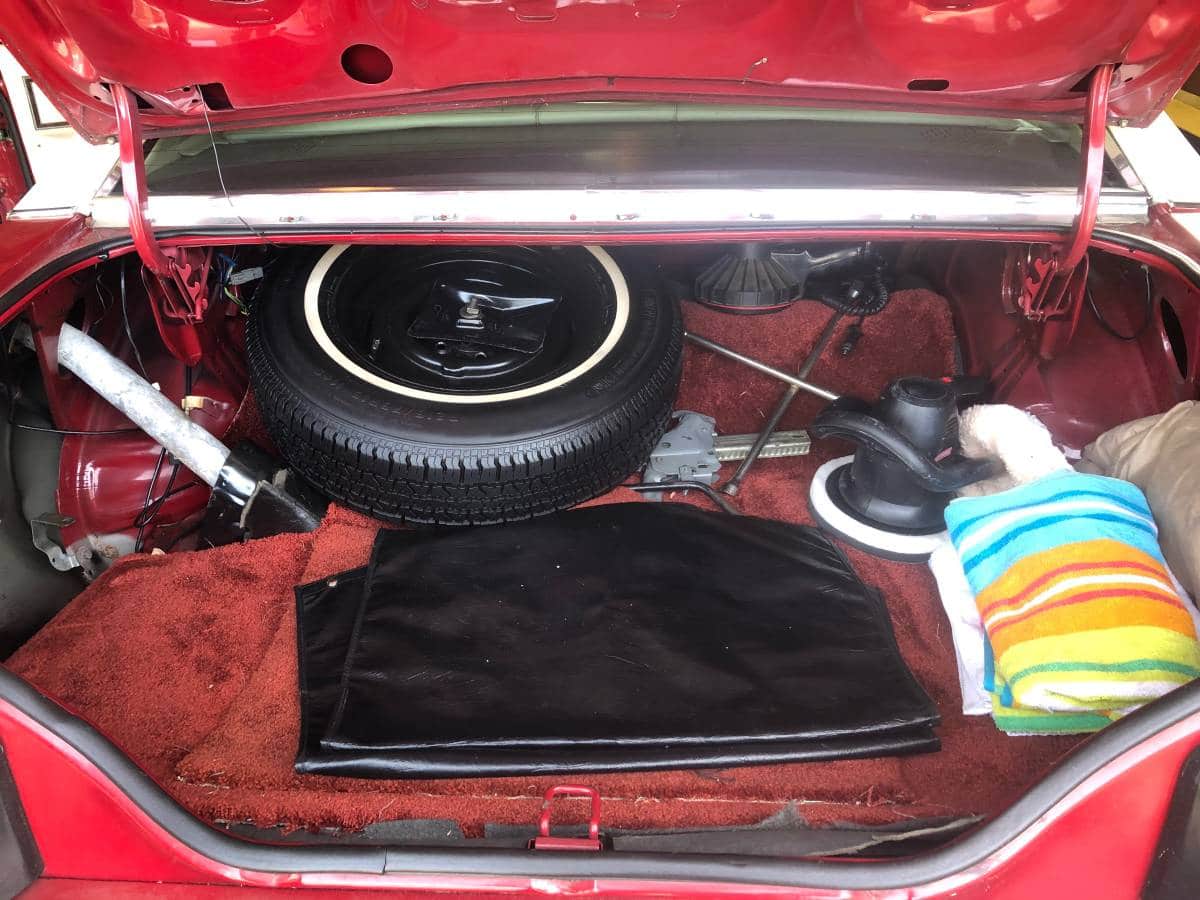 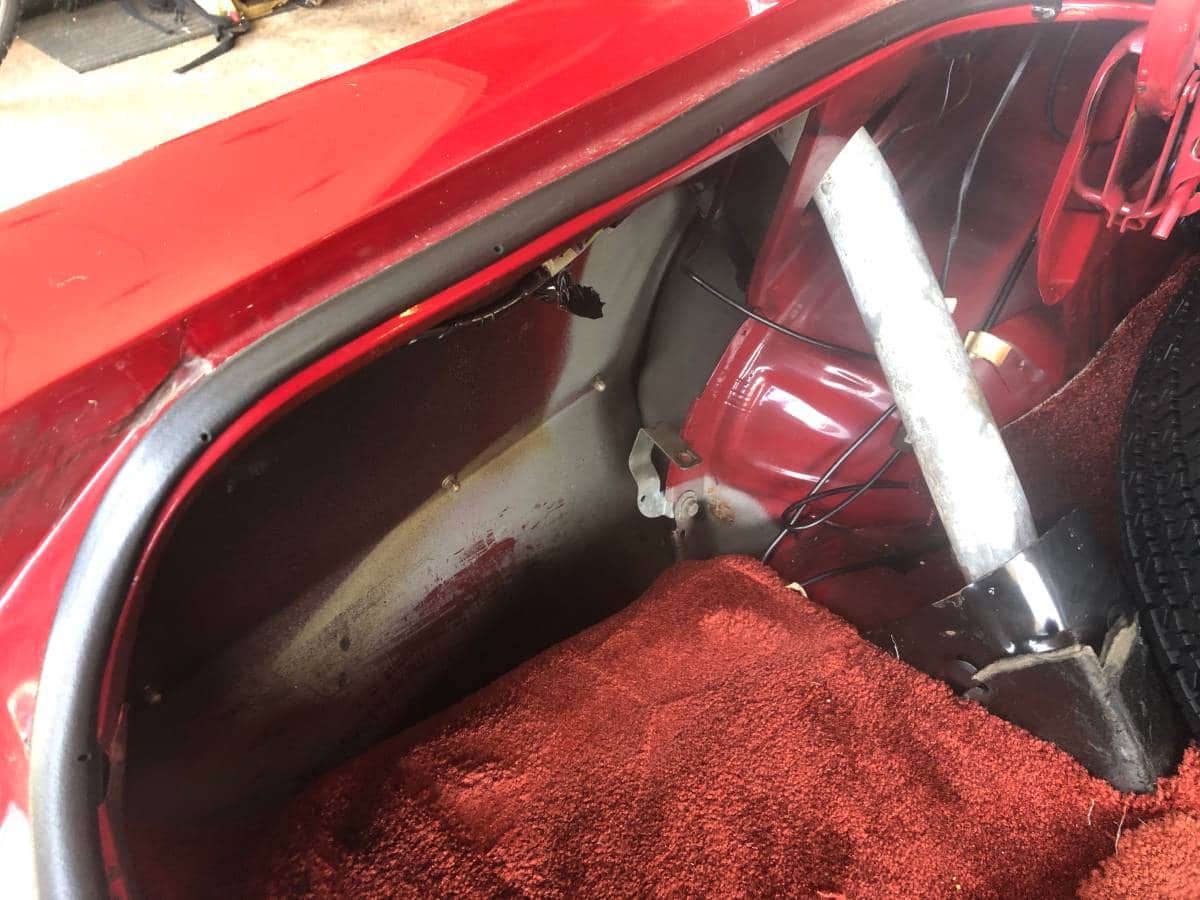 November 30, 2022 Update – After learning we featured his Cougar nearly one year ago, the seller reached out to us to see if we can offer it for auction since he has not had any luck attracting buyers locally on either Craigslist or Facebook Marketplace.  Please check our auction page, as our photographs reveal a great car that’s available for a very reasonable asking price.

November 2, 2022 Update – Nearly one year after receiving word from a potential buyer that they bought the car, the seller of this 1977 Cougar we first featured in the fall of 2021 reached out, indicating their Malaise era ride remains available.

December 14, 2021 Update – We received an email from GuysWithRides reader Frank V. confirming he purchased this T-Top-equipped Mercury Cougar XR-7 we recently featured.  Here’s what Frank wrote: “Hello! The Red Cougar XR-7 with the t-tops is sold indeed. To me. I found it through your website so lots of thanks to you. Keep up the good work!” Thank you for sharing Frank, and good luck with the purchase!

December 12, 2021 Update – We just confirmed the listing for this “Classifind” expired, so with no replacement found we’re assuming this ride “Sold?” While this one got away, please reach out either by email or call us directly if you’d like to be informed when we come across something similar.

By the late 1970s, Mercury’s fourth-generation Cougar XR7 was nothing more than a badge-engineered version of the Ford Thunderbird. However, its continued use of frameless doors and pillarless hardtop styling facilitated an antidote for the lack of traditional convertibles during this period. Specifically, it came in the form of Hurst T-Tops that buyers could opt to have installed.  This 1979 Mercury Cougar XR-7 originally listed in November 2021 in Hamilton, New Jersey features this rare option on what is a pretty red-over-white example of late 1970s personal luxury.

While Hagerty Insurance currently does not provide values for these fourth-generation Cougars,  the Collector Car Marketplace Online Valuation Tool reveals the seller’s ask falls between this guide’s #3 “Good” estimate of $5,850 and its #2 “Very Good” appraisal of $8,200.

For the 1977 model year, the fourth-generation Cougar was part of a totally revised Ford intermediate model line. The Cougar XR-7 underwent a redesign with the standard Cougar returning in place of the Montego. For the first time, the Cougar XR-7 was the Mercury counterpart of the Ford Thunderbird (a pairing that lasted through 1997) with Mercury marketing the standard Cougar as a badge-engineered Ford LTD II.

The fourth-generation Cougar continued using the Ford Torino “split-wheelbase” chassis: Cougar coupes and XR-7s had a 114-inch wheelbase while Cougar four-doors and station wagons relied on a 118-inch version.

In the redesign, the powertrain offerings were revised. In the interest of fuel economy, the 460 V8 was withdrawn from intermediates, with the 173 hp 400 V8 as the highest-displacement engine. The base V8 in coupes and sedans was a 134 hp 302 Windsor V8, with a 149 hp 351 Windsor as the standard engine in station wagons; a 161 hp 351M V8 was optional in coupes and sedans. All engines were only available with a three-speed automatic transmission.

A central part of the 1977 redesign of the Ford intermediate range was a transition from “fuselage styling” to sharper-edged lines.  On coupes, sedans, and XR-7s, all sheet metal above the bumpers was revised.  To bring the exterior closer in line with the larger Marquis, the Cougar adopted a nearly square radiator-style grille; in place of hidden headlamps, the Cougar adopted four square headlamps.

As with the previous generation, the Cougar personal luxury coupe continued as the Cougar XR-7. No longer a “junior Thunderbird”, the XR-7 was the direct Mercury counterpart of the Thunderbird (a commonality remaining for the next 20 years). To differentiate the model from its Ford counterpart (and from standard Cougars), the XR-7 was given its own rear fascia. Evoking the flagship Continental Mark V, the rear fascia was given a (vestigial) continental tire trunk lid (with angular lines) and taillights similar to the Continental Mark IV. The XR-7 roofline was distinguished from standard Cougar coupes by narrower hardtop windows and the use of louvers on the forward section of the opera windows.

The XR-7 included power disc brakes and steering, 15-inch wheels, rear stabilizer bar, walnut wood-tone instrument panel, Flight Bench seat, “XR-7” trunk key-hole door, “COUGAR” decklid script, large hood ornament (with cat emblem), and sport-styled roofline with back-half vinyl and rear opera side windows and louvers.  The fourth generation is the best-selling version of the Cougar, with 1978 as the top-selling year for the entire model line. For 1979, though in its last year, the Cougar adopted several body revisions, with revised taillamps and body-color grille inserts, along with an electronic voltage regulator and a plastic battery tray.

We came across this 1979 Mercury Cougar XR-7 commercial posted on YouTube, but we can’t tell whether the woman in the TV spot was Farah Fawcett or a similar-looking actress:

With a great color combination, Hurst T-Tops, and what appears to be a true dual exhausts system, there is a lot to love about this 1979 Mercury Cougar XR-7 for sale.  We would work on getting the A/C system rebuilt over the winter to have the car ready for comfortable cruising and show duty for next year.

Show or go: what would you do with this 1979 Mercury Cougar XR-7?  Comment below and let us know!