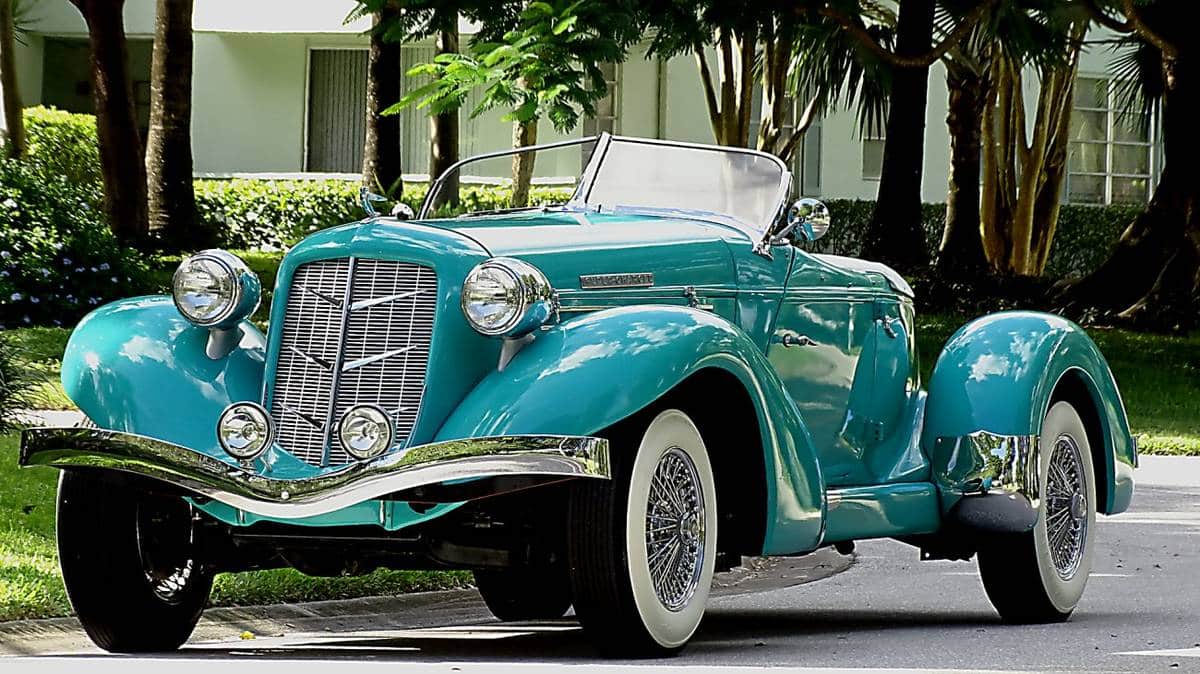 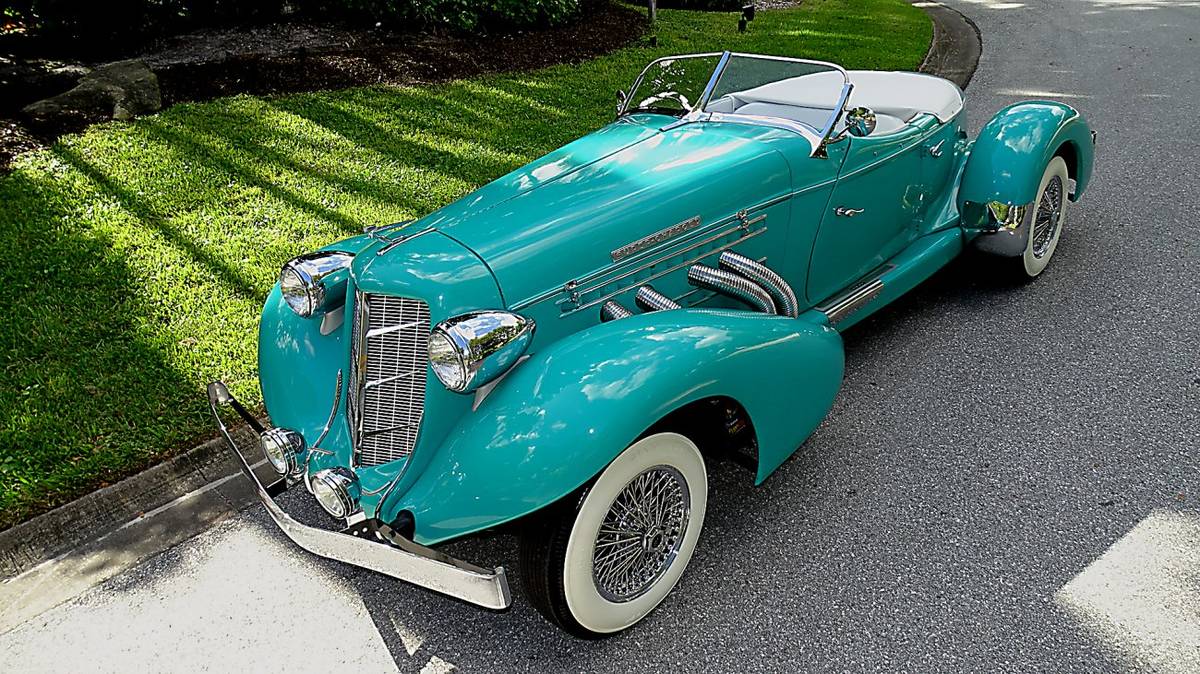 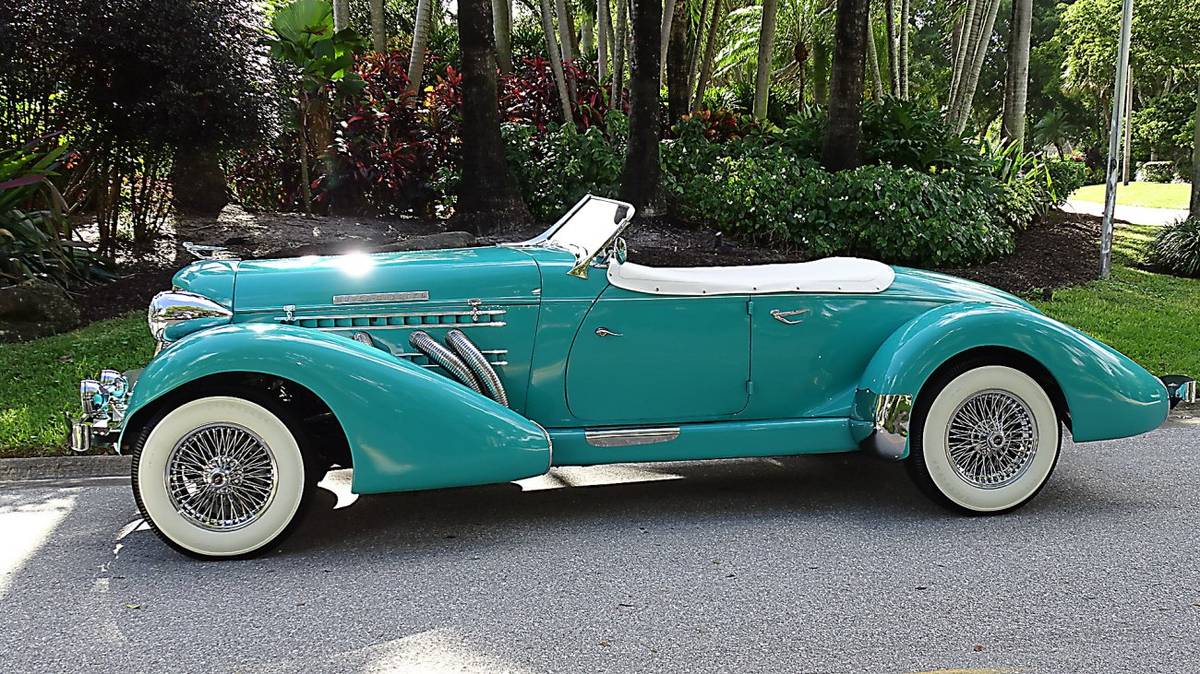 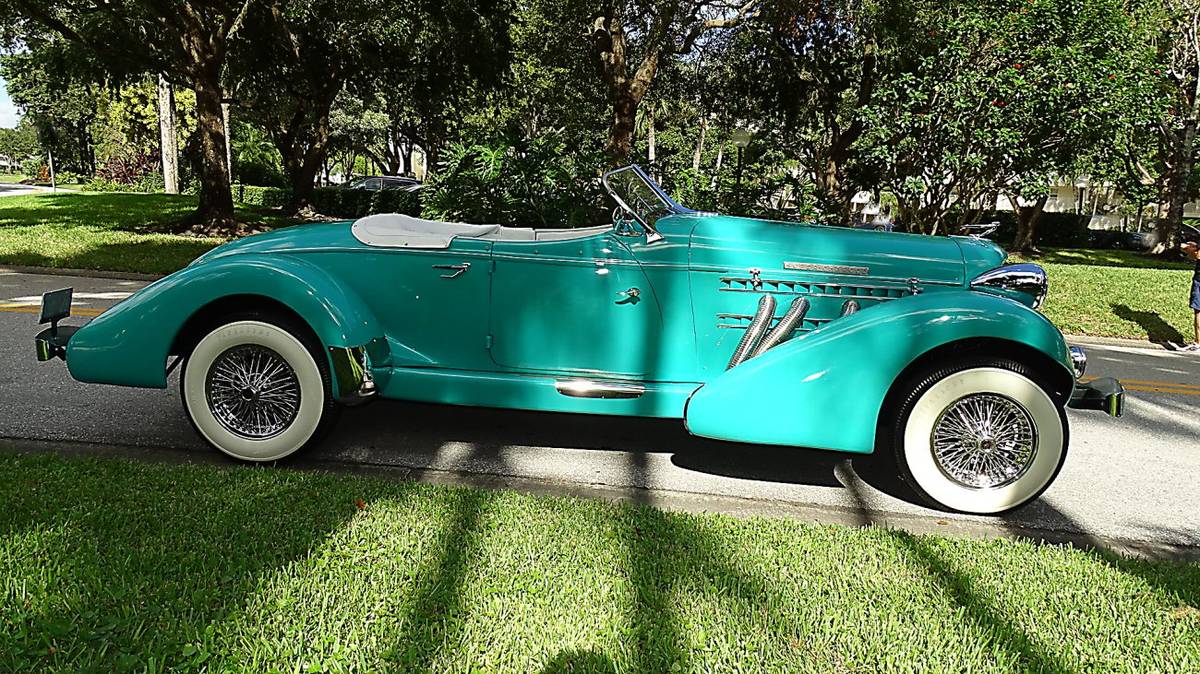 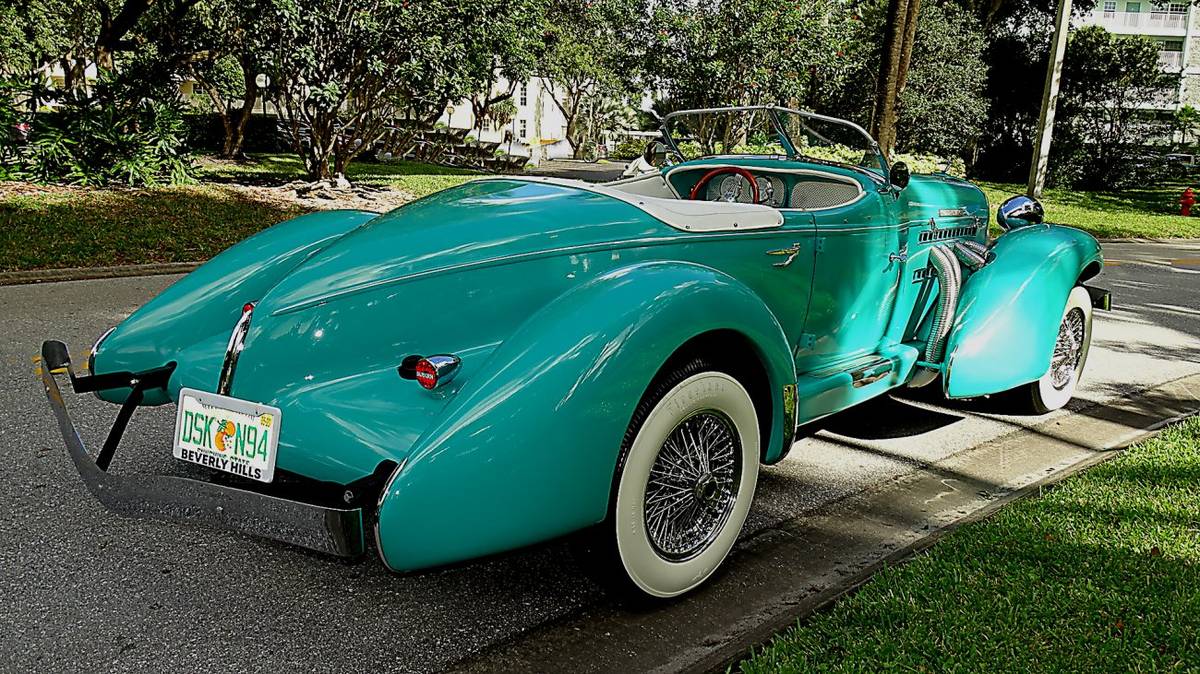 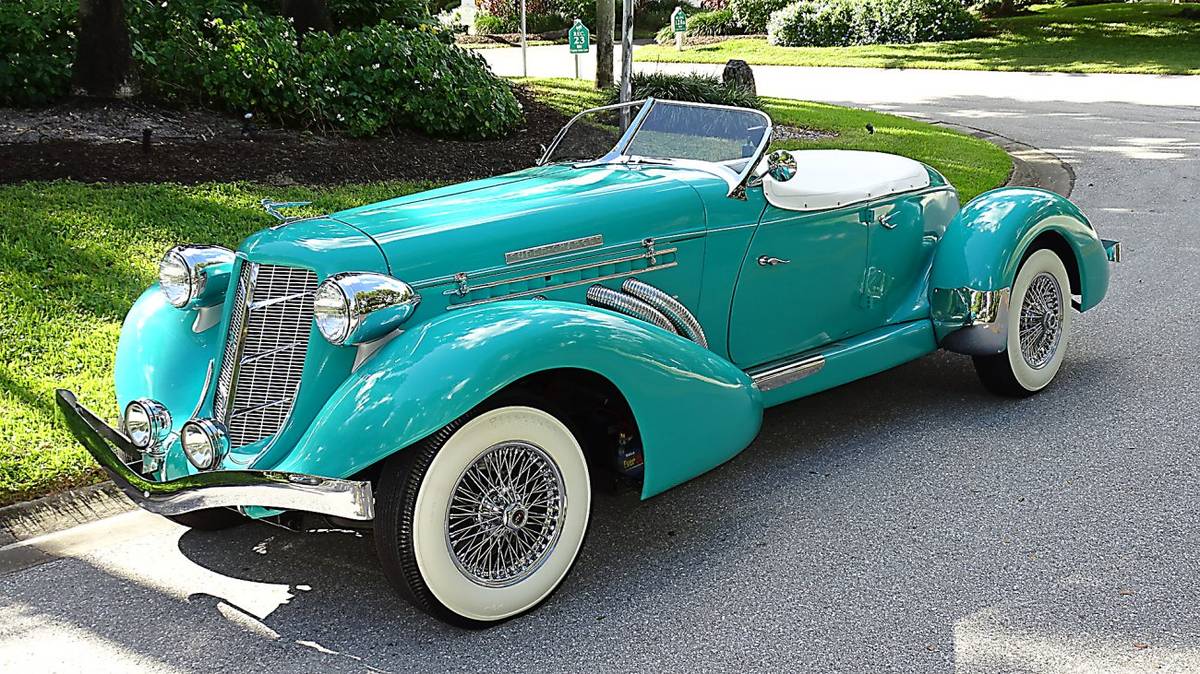 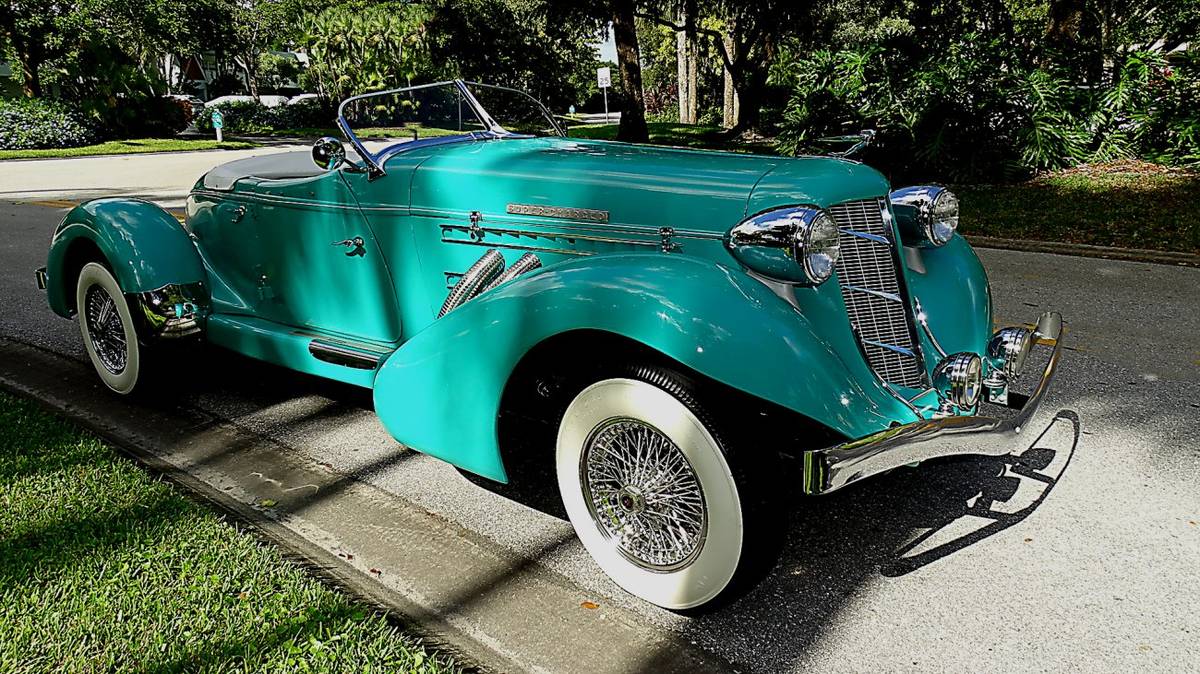 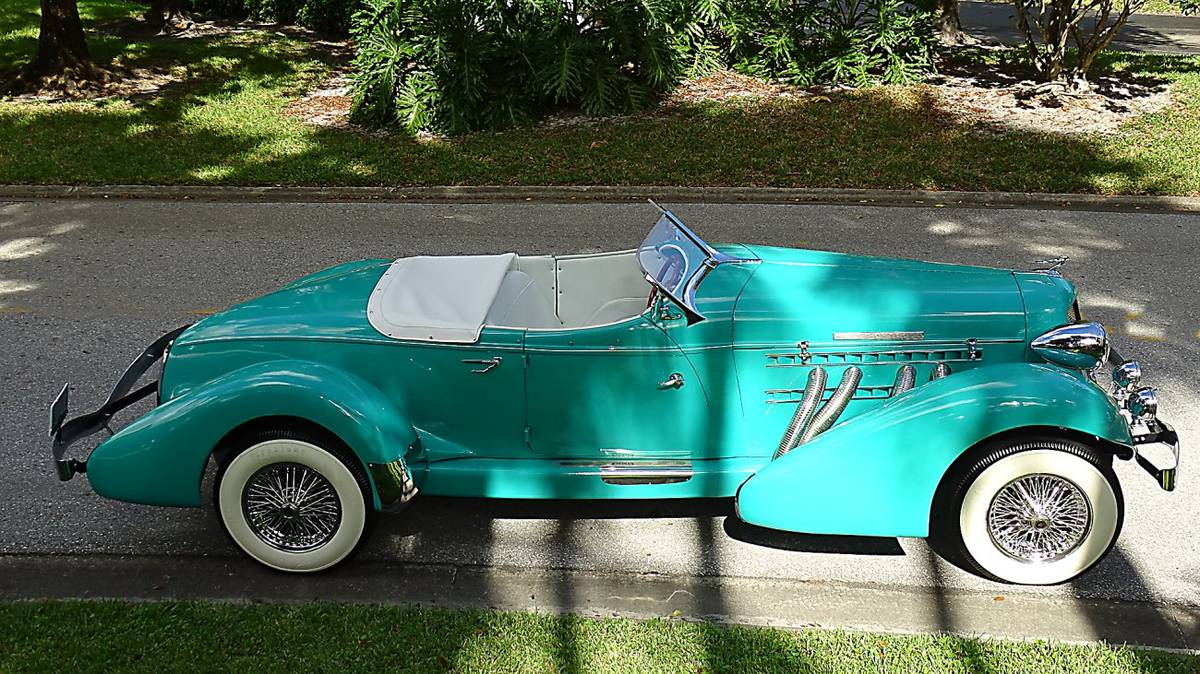 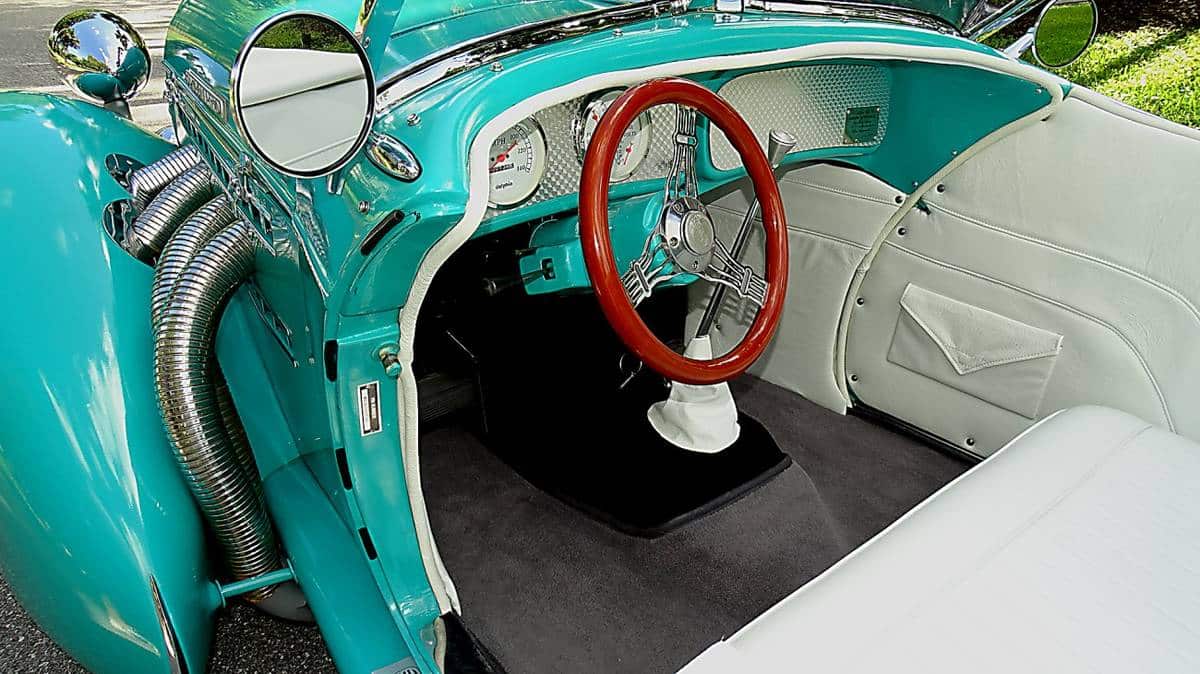 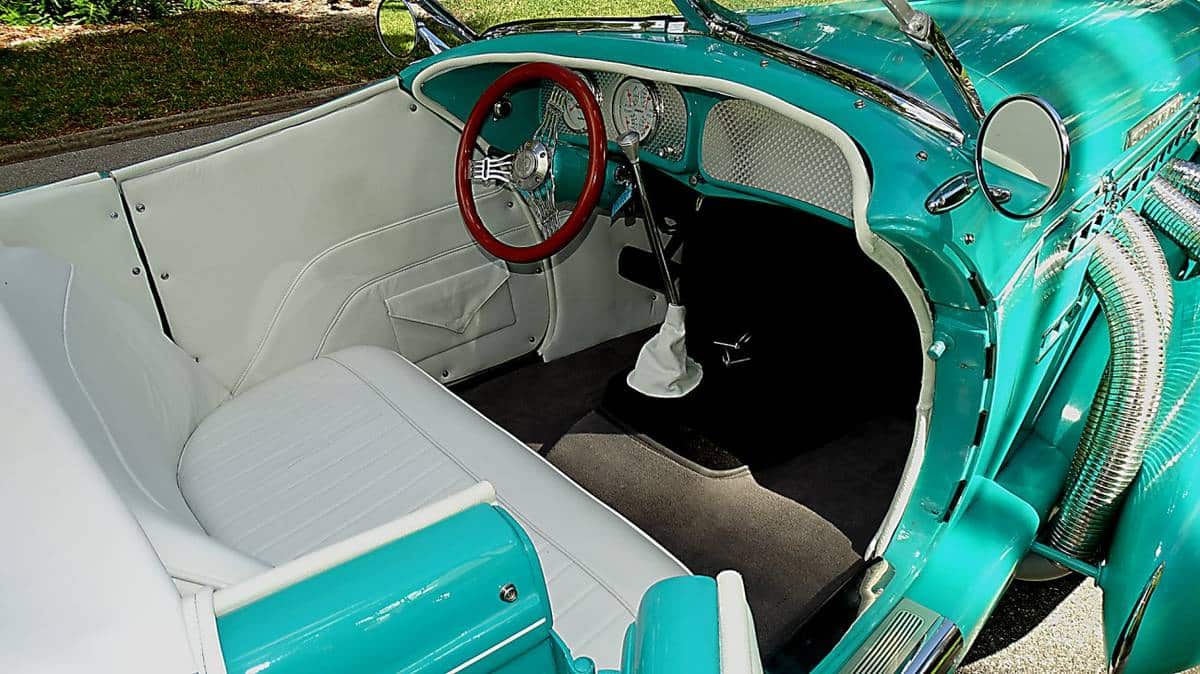 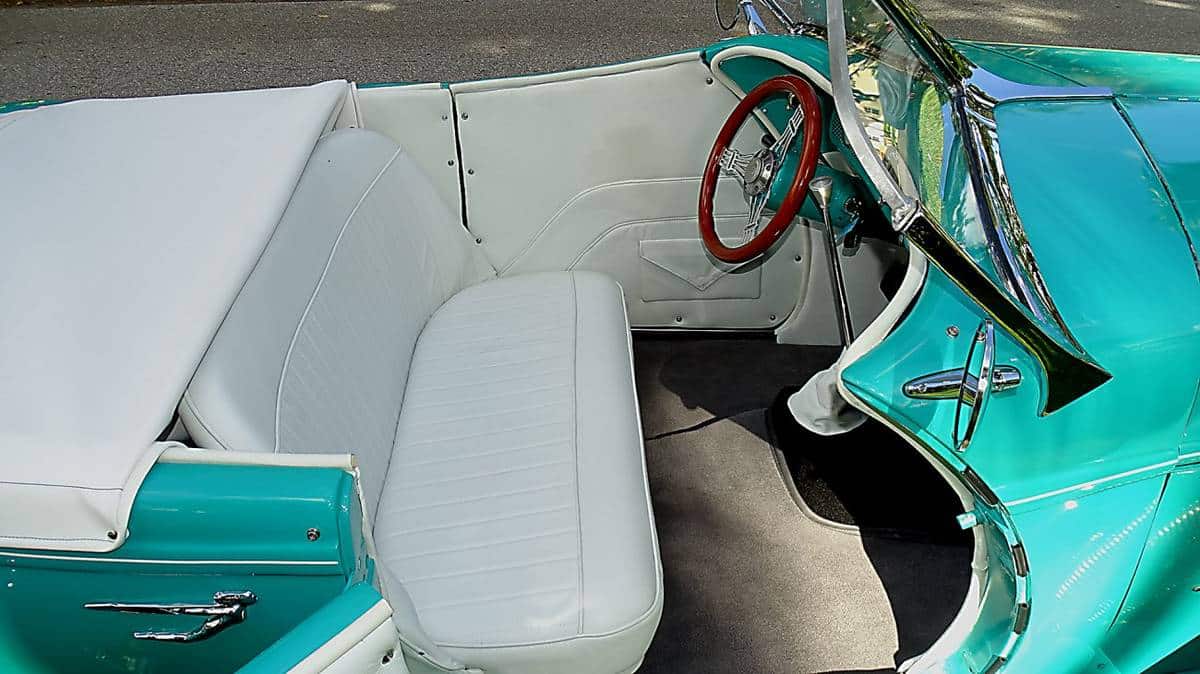 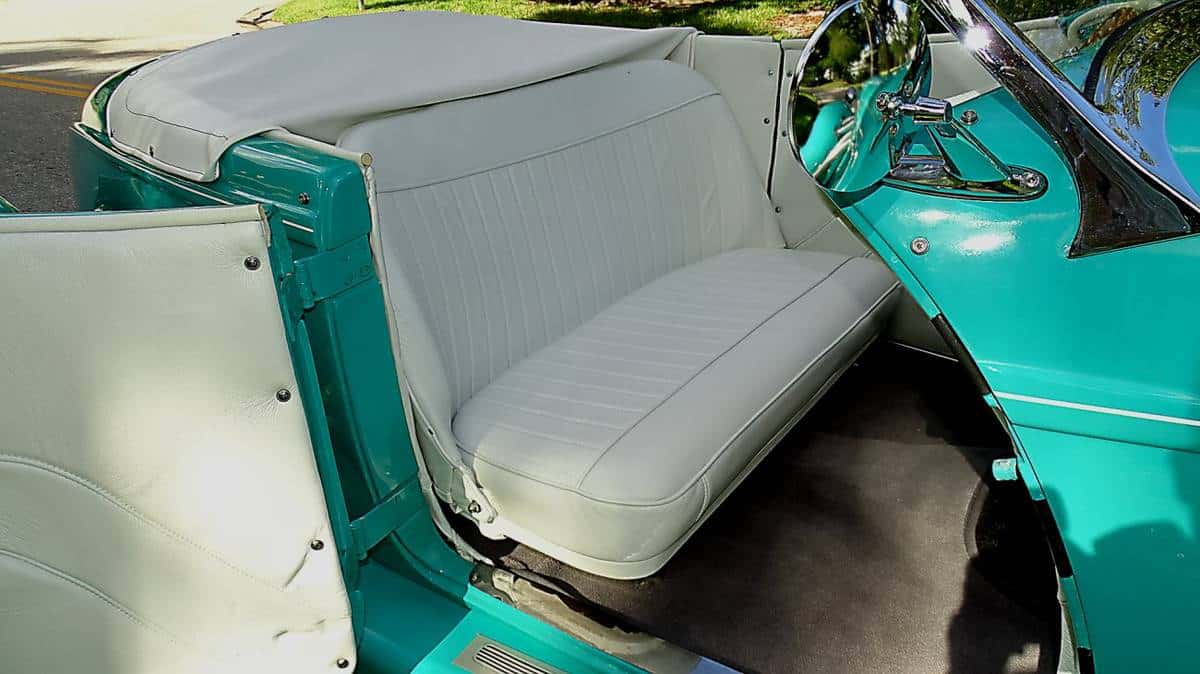 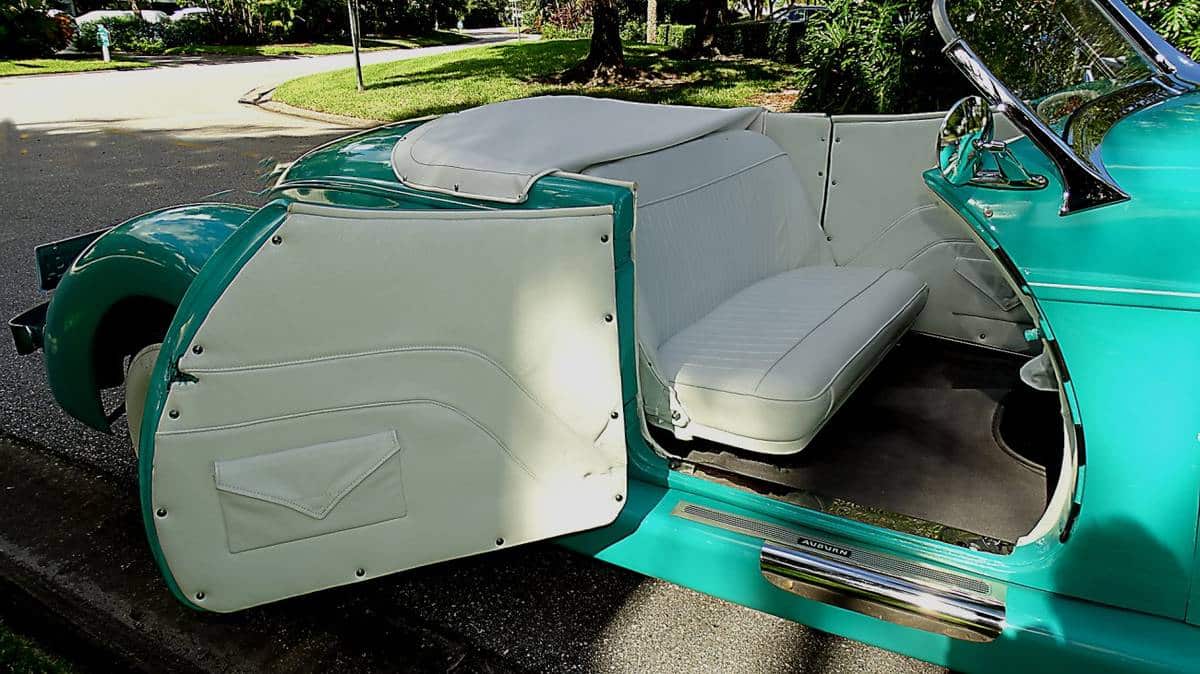 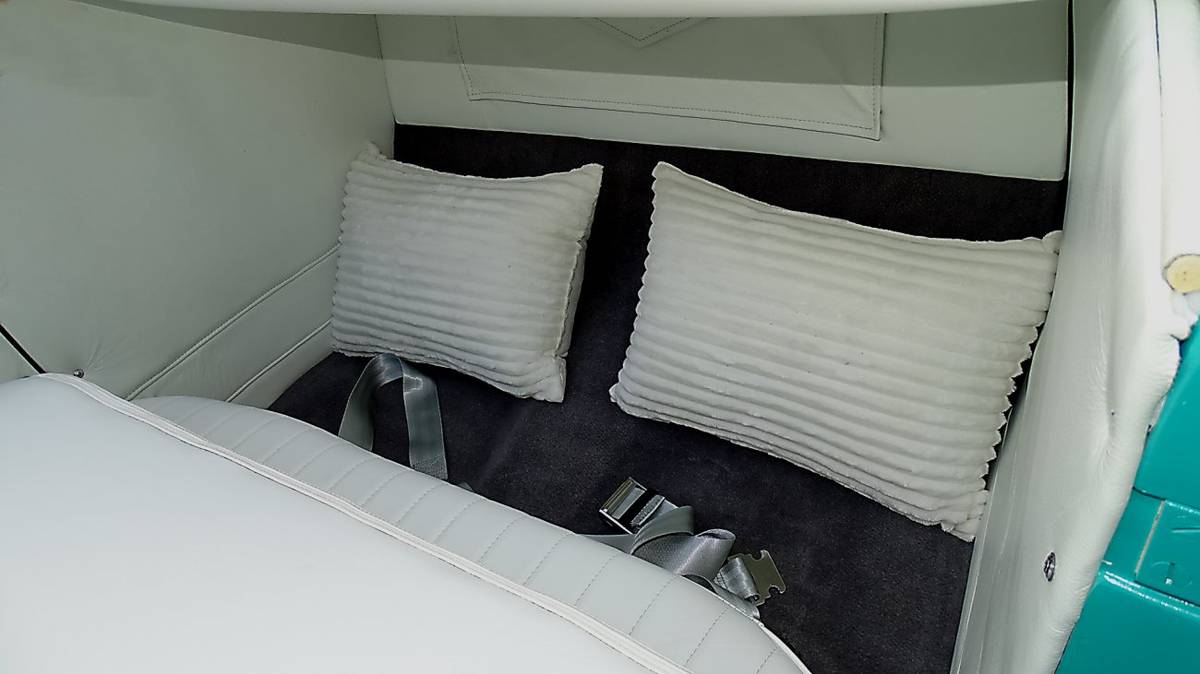 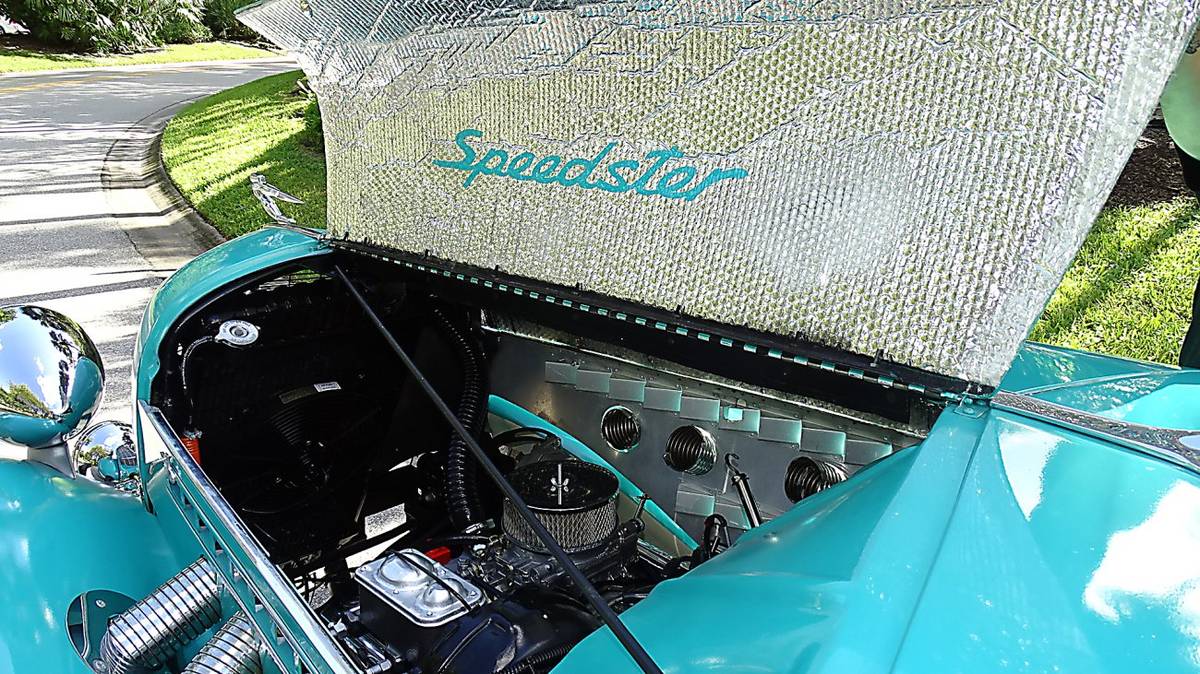 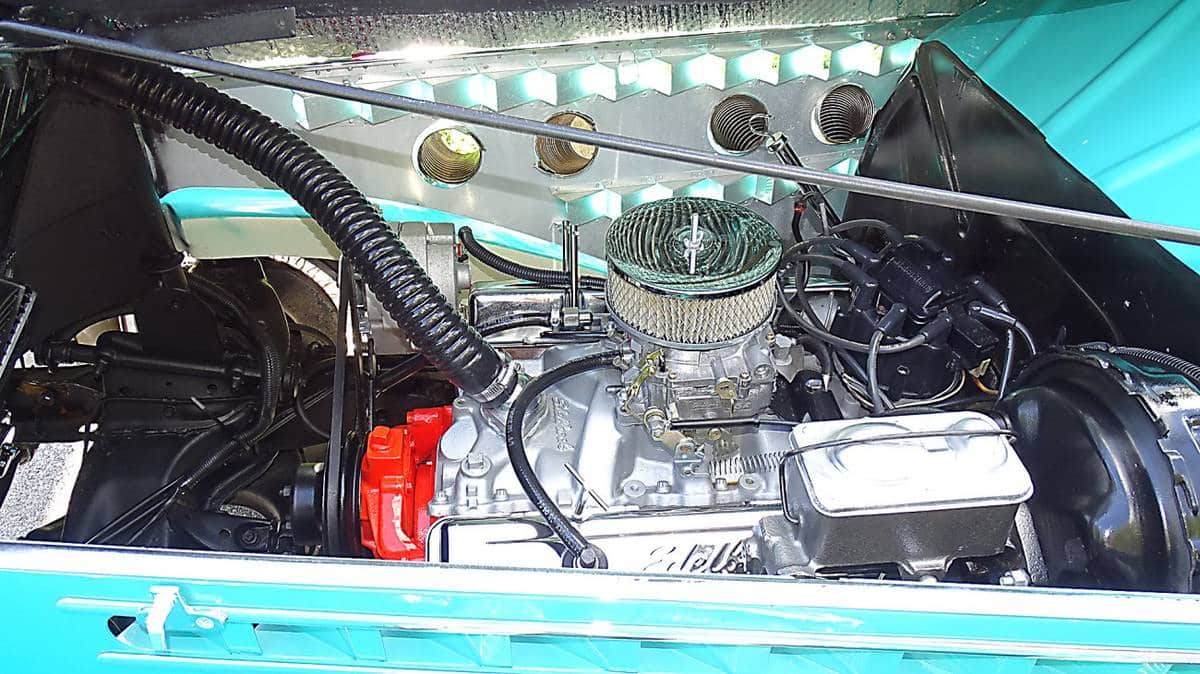 November 30, 2022, Update – We confirmed the seller of this “Classifind” deleted their listing, so we’re now able to call this one “SOLD!” While this one got away, please reach out either by email or call us directly if you’d like to be informed when we come across something similar.

Several classic cars are so revered for their timeless beauty that they inspire a cottage industry to build replicas at more affordable prices than the real thing.  While Porsche Speedsters and Ford Cobras are the first of these that come to mind, the 1930 vintage Auburn Boat Tail Speedster, once listed in October 2022 on Craigslist in Ft. Lauderdale, Florida, reminds up of just how beautiful these automobiles remain nearly one century later.

Once offered for $59,500, Classic.com, the analytics and search engine for the collector car market, confirms the ask is about average for this guide’s summary for 1936 Auburn Speedster replicas.

Cecil Gold and Ray Oja formed California Custom Coach (“CCC”) in 1976 in Pasadena, California. The build tags found on their Auburns state that CCC inc. is a subsidiary of the Auburn Speedster Company. CCC offered the Auburn 876 Speedsters and the 876 Phaeton, a four-place Boattail Auburn. The Auburn bodies were fiberglass. The recommended chassis’ was that of a full-size Ford. The chassis had to be lengthened to accommodate the 127″ Auburn wheelbase. The basic 876 Speedster kits were priced, starting, at $6995.

CCC later went on to offer a very successful Ferrari Daytona Spyder replica and built four-door stretch Corvette conversions from the 1978 / 1979 body styles. The Corvette America, as it was called, was a really nice car.

According to an article in the December 22nd, 1978 issue of AutoWeek, CCC stopped offering kits of the 876 in January of 1979. Only Factory built cars would be available. They would be priced at $37,500 for the Speedster and $42,500 for the Phaeton Speedster. CCC was operating out of a restored Packard dealership located at 1285 E. Colorado Boulevard in Pasadena. By that time, It was estimated that CCC had already sold over 250 Auburns.

The PatC YouTube Channel features this video showing a 2011 version of the CCC Model 876 before that company went out of business:

With only 750 miles, we were surprised to learn this 1936 Auburn Speedster replica needed a new interior.  Perhaps with such low mileage, the car was never fully finished and sorted until now.

“1936 AUBURN BOAT TAILS SPEEDSTER REPLICA THAT IS TITLED AS A 1936 AUBURN AND BELIEVED TO HAVE BEEN BUILT BY CALIFORNIA CUSTOM COACH. BUILT ON A GENERAL MOTORS PLATFORM WITH A 350 CREATE ENGINE AND THREE-SPEED AUTOMATIC TRANSMISSION. THE TEAL EXTERIOR SHOWS BEAUTIFULLY WITH ONLY VERY MINOR IMPERFECTIONS THAT WOULD BE CONSISTENT WITH A CAR LIKE THIS. FULL NEW LEATHER INTERIOR AT A COST OF OVER 5000 DOLLARS WITH A TONNEAU COVER ALL DONE IN WHITE LEATHER. THIS ONE COMES WITH NO CONVERTIBLE TOP OR SIDE WINDOWS. THIS ONE IS A TRUE SHOW-STOPPER WITH GORGEOUS CHROME ALL THE WAY AROUND. RUNS VERY WELL WITH POWER STEERING AND BRAKES. ALL THE DOLPHIN GAUGES WORK PERFECTLY SHOWING JUST OVER 700 MILES. RUNS STRONG WITH NO KNOWN MECHANICAL ISSUES. THESE REPLICAS ARE BECOMING HARD TO FIND AND ARE GOING UP AND UP IN PRICE. “

Show or go: What would you do with this 1936 Auburn Boat Tail Speedster Replica?  Please comment below and let us know!