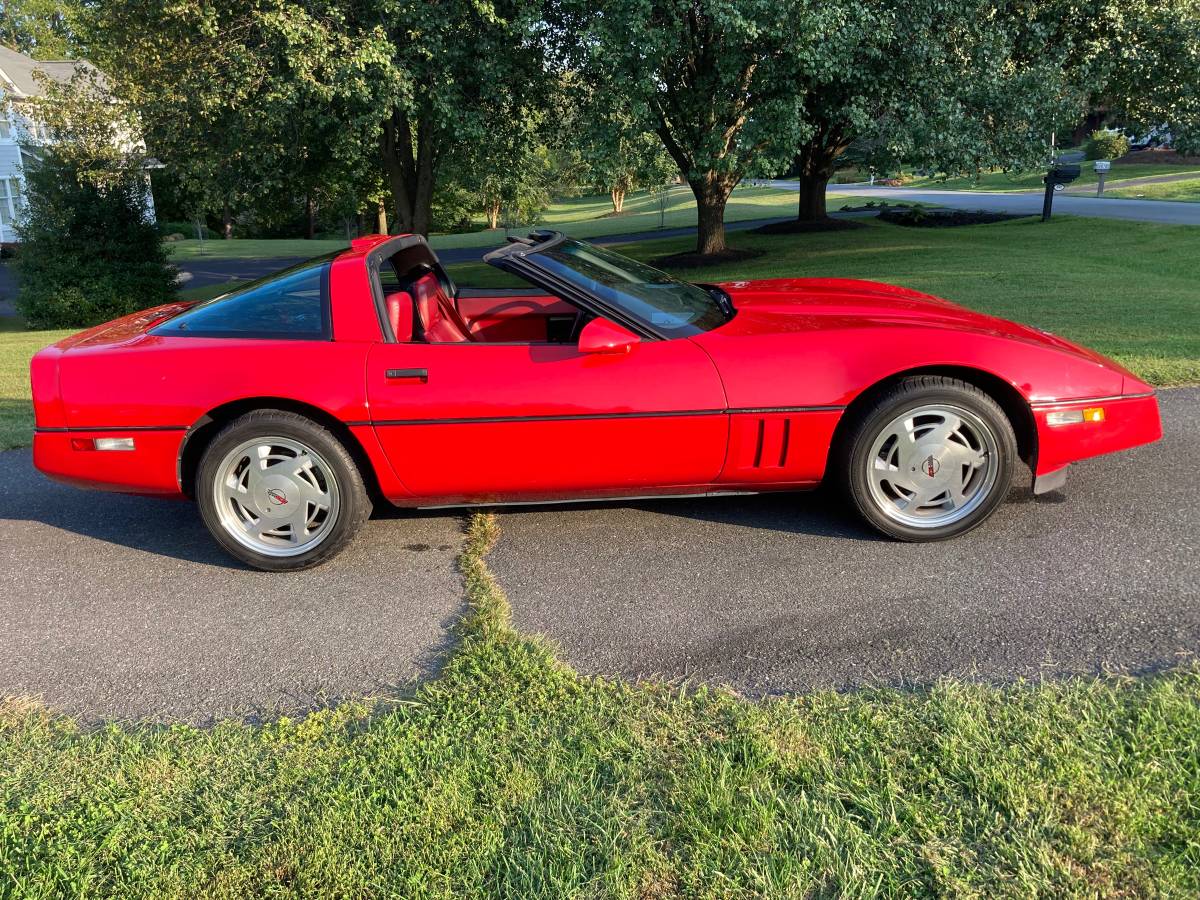 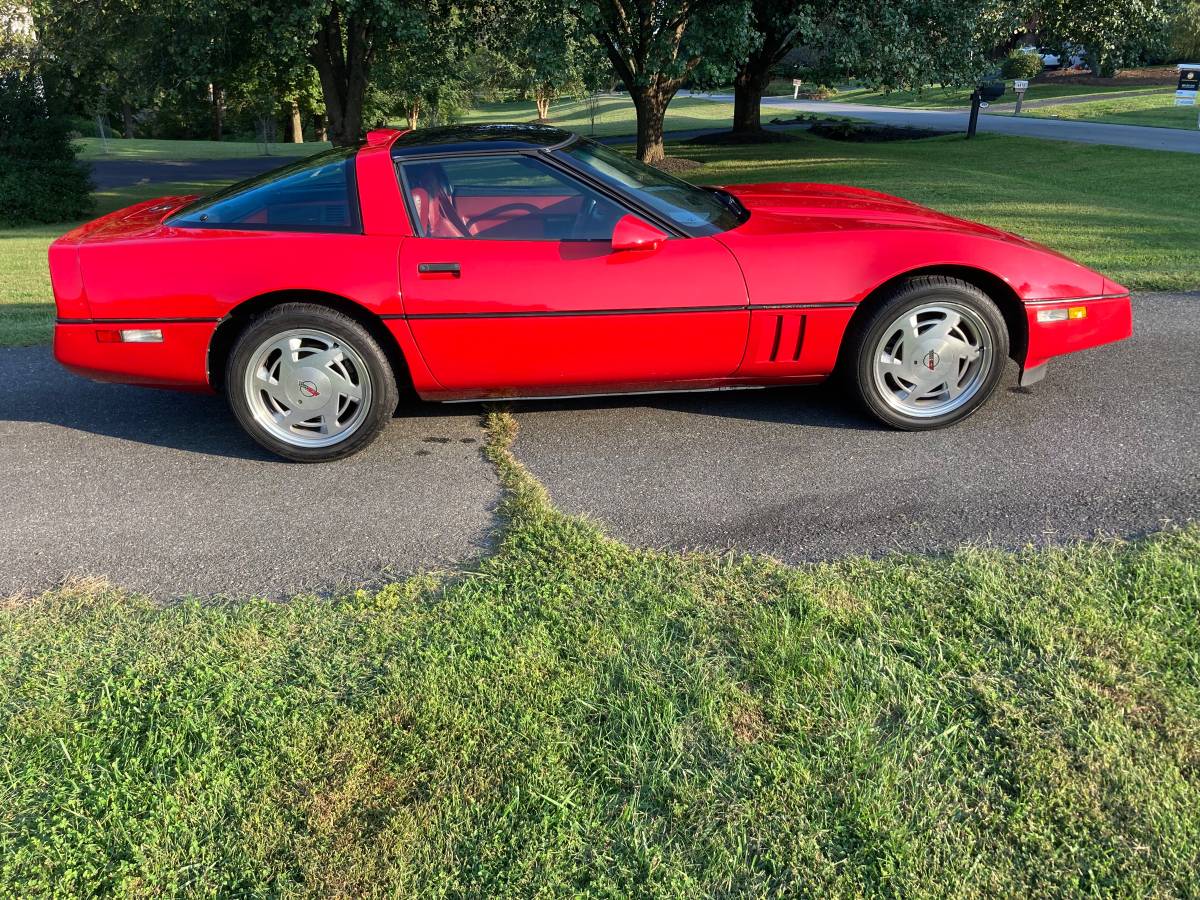 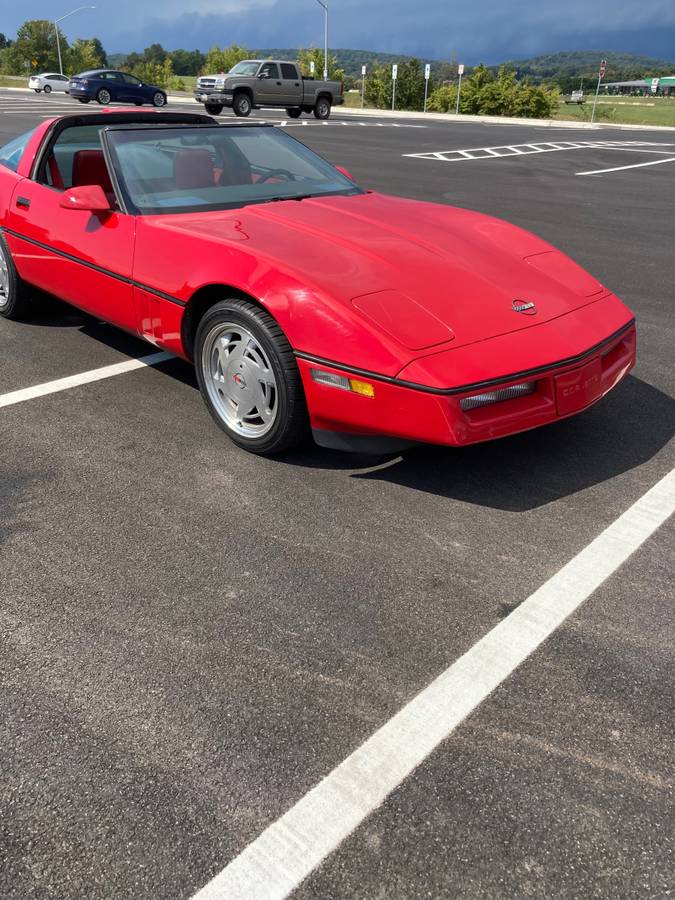 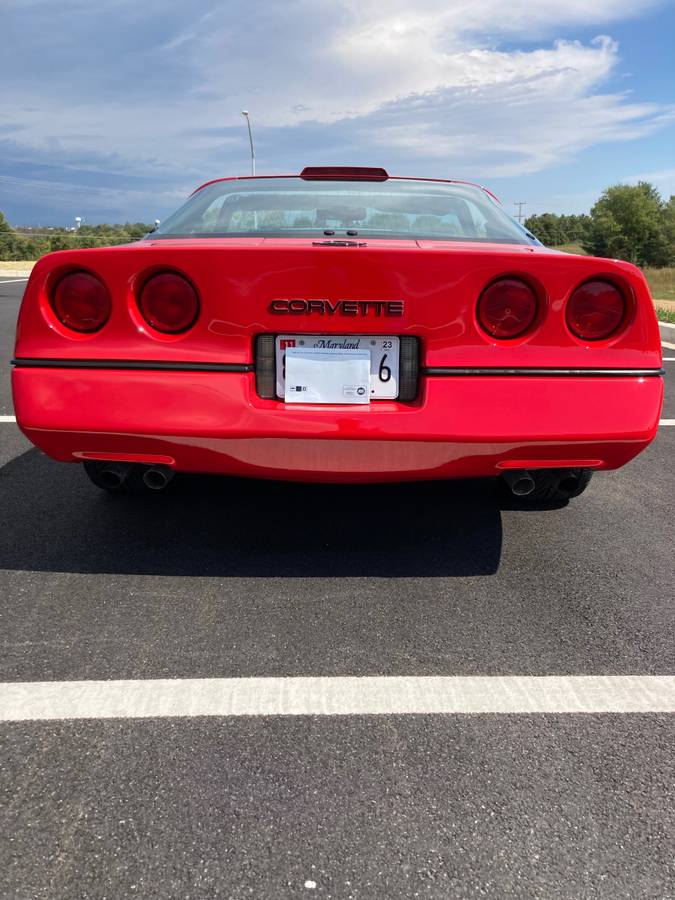 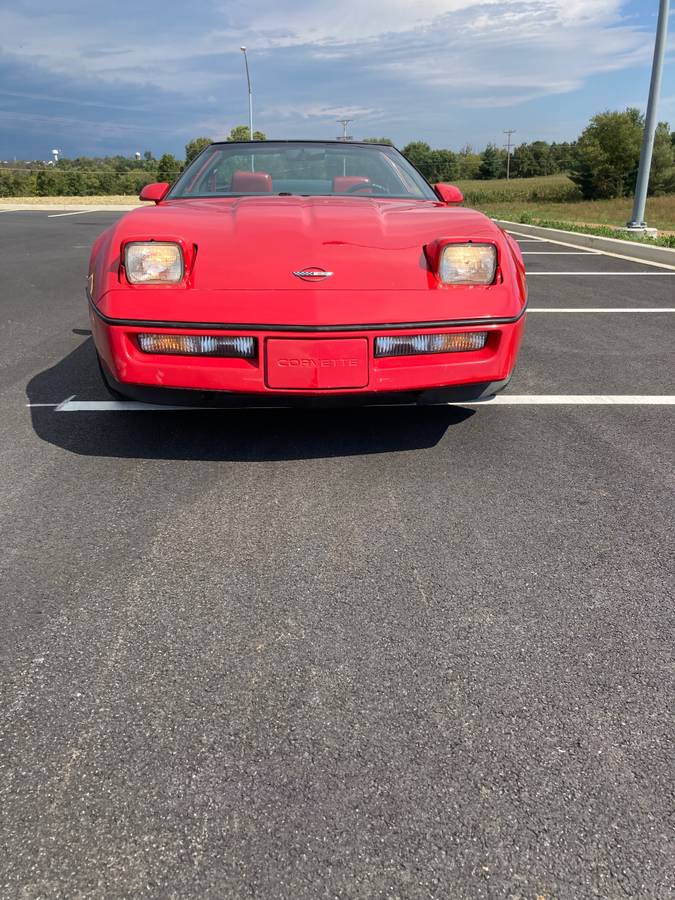 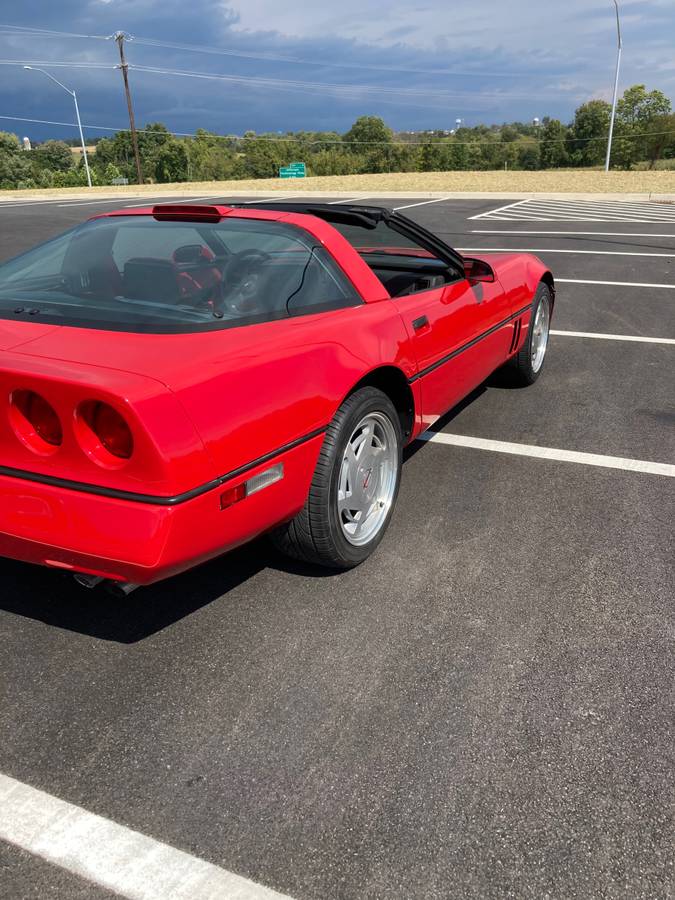 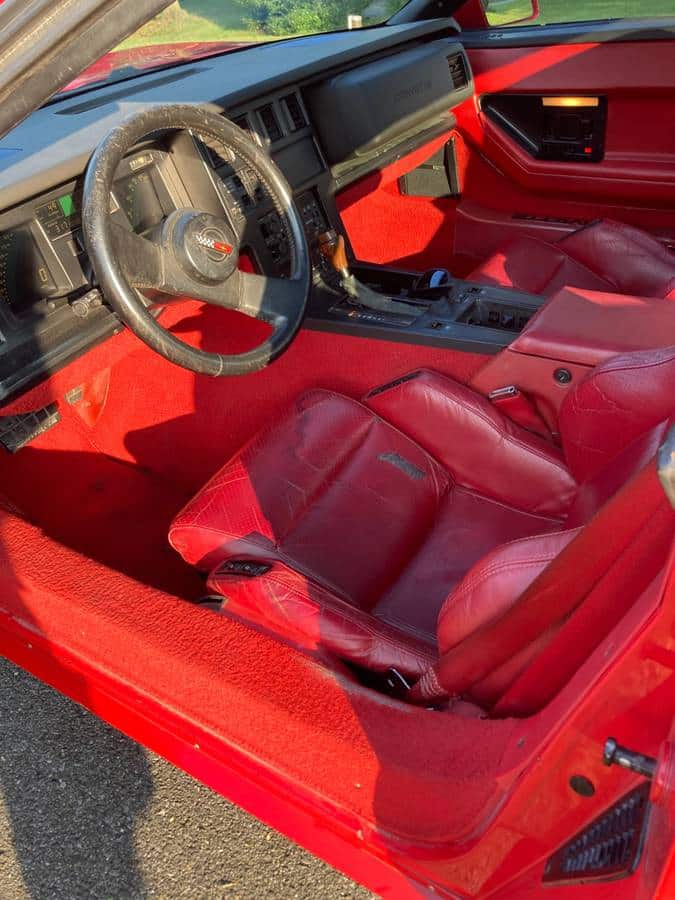 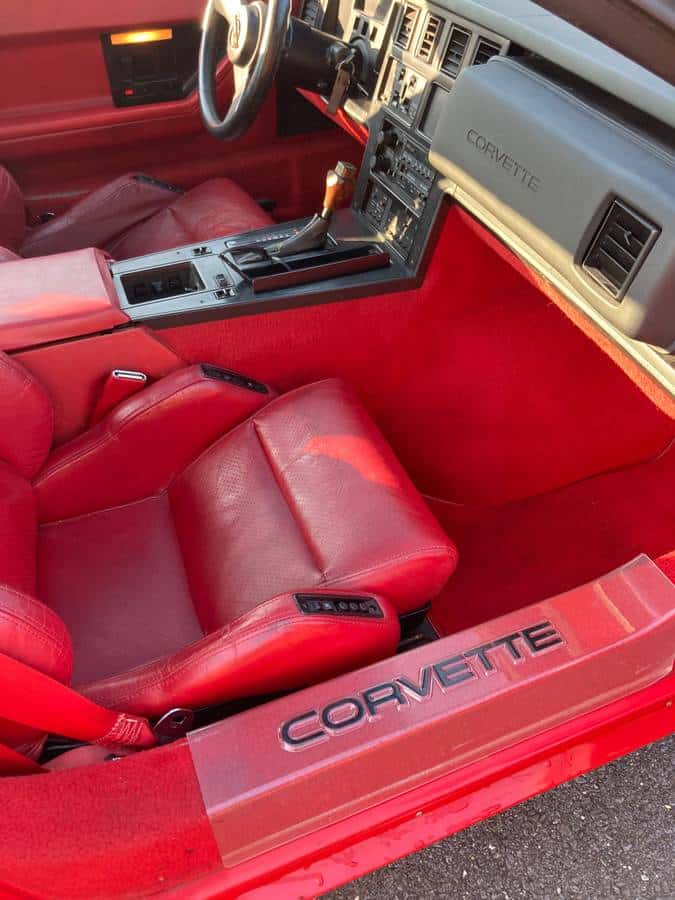 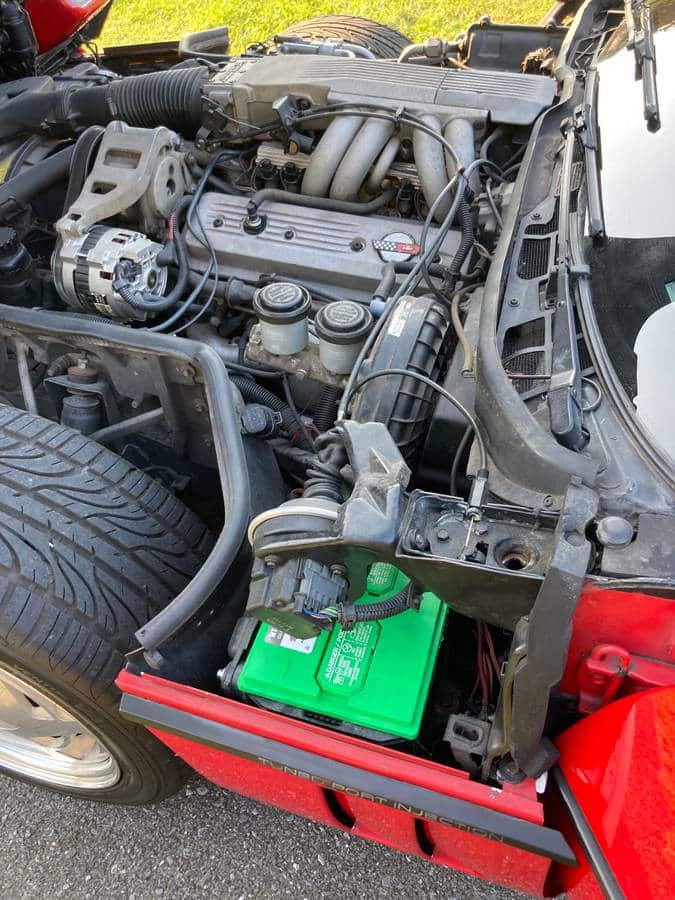 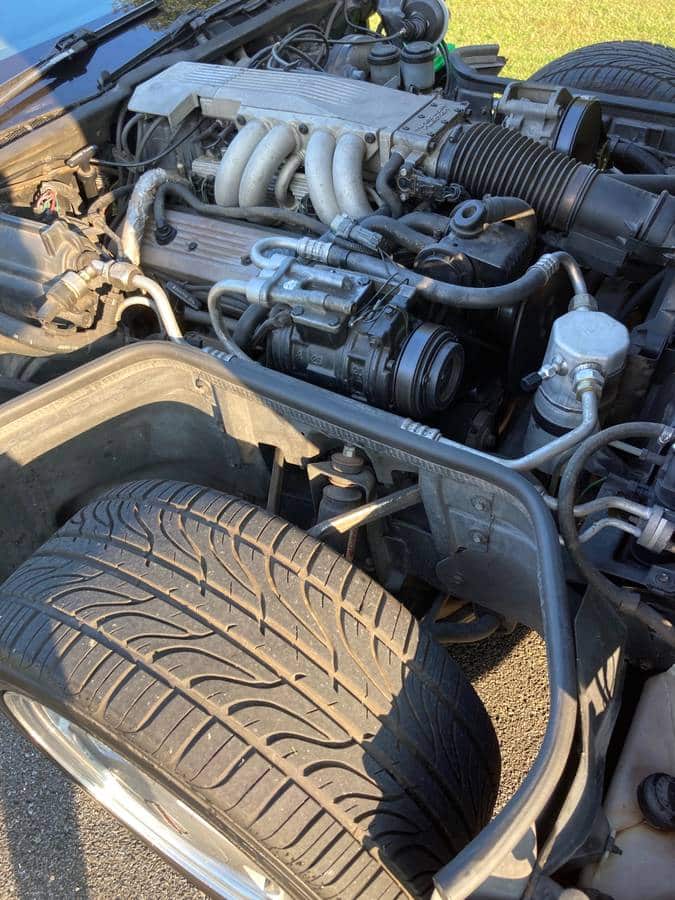 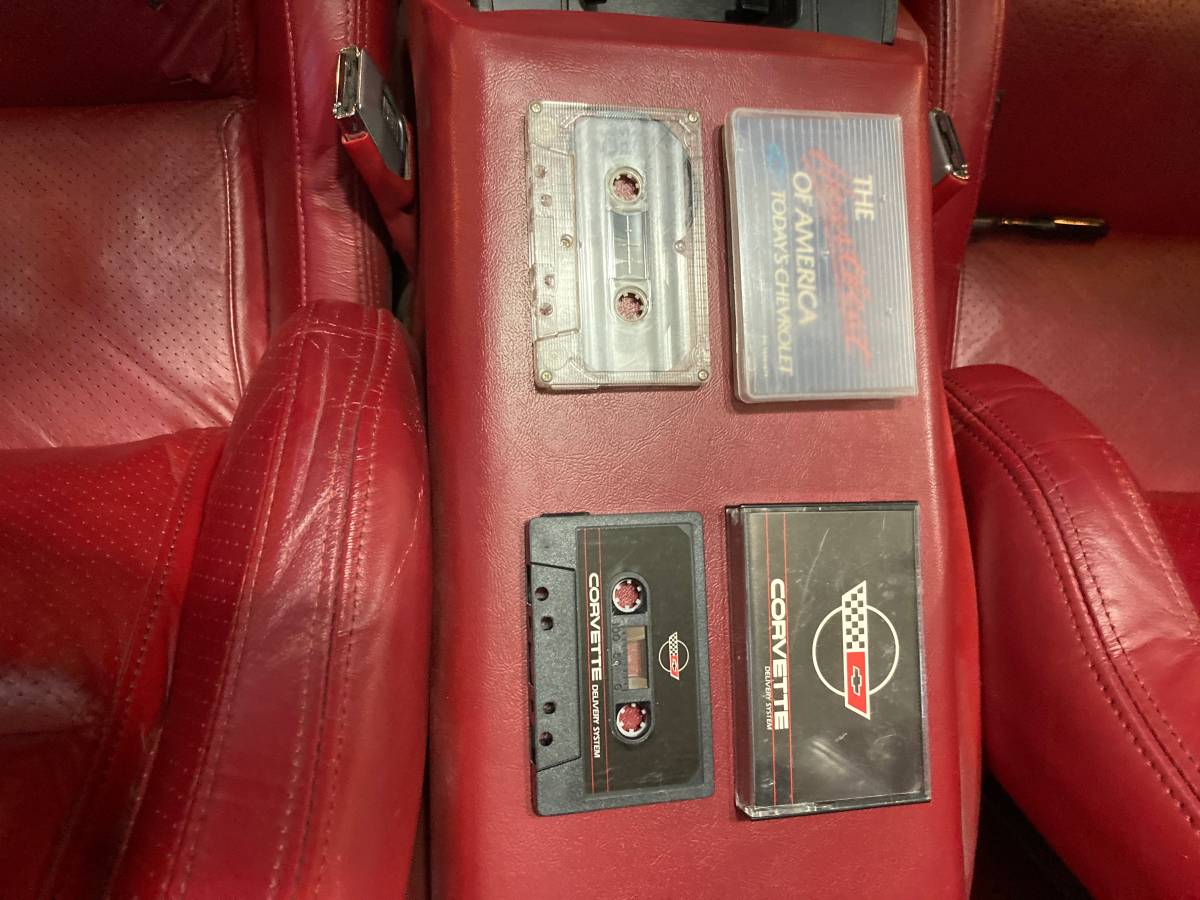 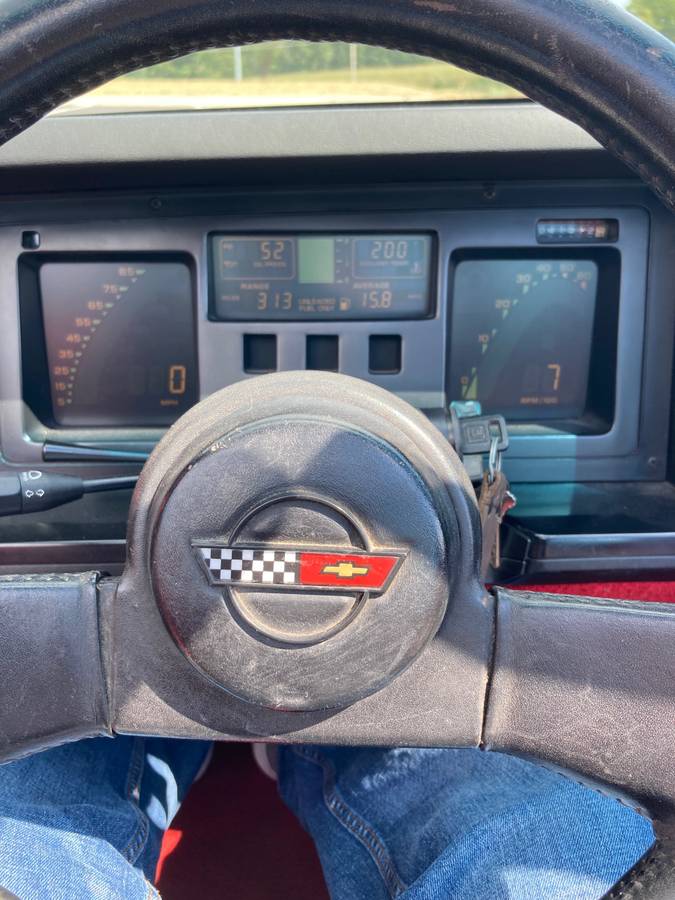 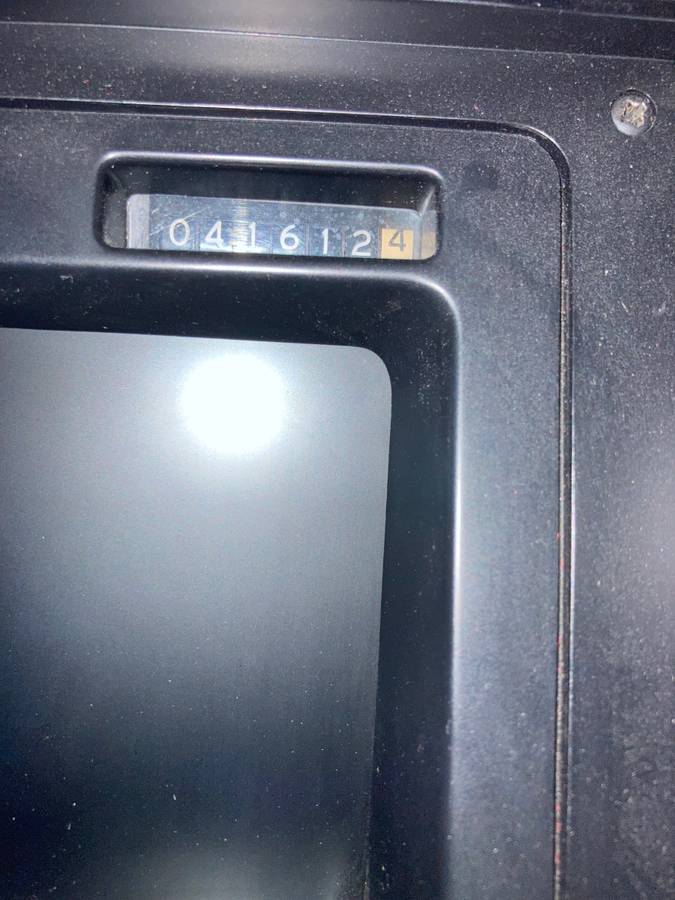 November 12, 2022, Update – We confirmed the seller of this “Classifind” deleted their listing, so we’re now able to call this one “SOLD!” While this one got away, please reach out either by email or call us directly if you’d like to be informed when we come across something similar.

We are big fans of the C4 Corvette as it represents one of the best entry-level ways to get into Corvette ownership.  Four years into its production cycle, Chevrolet engineers added many improvements for the 1988 model year that substantially improved the car from its 1984 launch year.

This 41K original mile, all red, 1988 Corvette originally listed in November 2022 on Craigslist in Washington, DC, is a prime example.  While the four-speed automatic may turn off some, this is a lot of well-optioned C4 Corvette that includes the desirable Z52 handling package.

Currently offered for $8,900, Classic.com, the analytics and search engine for the collector car market, confirms the ask is well below the one-year rolling average of this guide’s summary for all models of 1988 C4 Corvettes.  By clicking on the green dots in the graph below, you can navigate to each comparable car sold as a way to help you evaluate the price of the Corvette featured here:

Not only did 1988 represent the fourth model year of C4 Corvette production, but it was also the 35th anniversary of the Corvette. The 1988 Corvette received several important engine and chassis upgrades.  The 5.7 Liter L98 received another five horsepower bump in power thanks to the addition of freer-breathing cylinder heads and a re-profiled camshaft.

Additionally, Chevrolet introduced a new, less restrictive muffler package for the 1988 model.  Believed by many to be another possible cause for the horsepower bump, these new mufflers were introduced only on Corvette coupes that were fitted with the optional 3.07:1 performance axle.  The increased resonance from the mufflers was deemed too loud for the convertible models.  Similarly, the taller gearing of the 2.59:1 gears was also considered impractical for the less-restrictive mufflers, which meant that, at least for 1988, the standard axle ratio model Corvettes were fitted with the same mufflers as their 1987 counterparts.

The new tires were classified as “Z-rated” tires, meaning they could maintain sustained driving speeds over 149 miles per hour, a significant advancement in Corvette’s tire/wheel program.  While this new tire/rim assembly was only offered as part of the Z51 and Z52 suspension package upgrades in 1988, the standard 16 x 8.5 inch rims were similarly updated, featuring a new six-slot pattern mated to P255/50ZR-16 Z-rated tires.

With the introduction of the higher-performance tires to its platform, Corvette engineers wanted to ensure that they utilized the new tires’ greater durability while also developing better directional control of the Corvette during hard stops.  To achieve this, the front suspension geometry was reworked to incorporate a “zero scrub radius.”

The rear suspension was also revised and was fitted with slightly more rebound travel and reduced camber for improved straight-line and braking stability.  The brakes were fortified to further aid in the development of directional control during braking.  For 1988, Corvette came standard with larger, two-piston front calipers.  Further, larger (12.9-inch fronts and 11.9-inch rears), thicker brake rotors were added to all four wheels.   Lastly, an integral handbrake was introduced to the rear discs, replacing the previous small, separate drums that served as the parking brake on earlier C4 models.

While the steering wheel, carpet, and seat wear contradict the low 41K original miles, there is a lot of performance to enjoy in this 1988 Chevrolet Corvette, especially knowing this example features the Z52 handling package.  The original window sticker proves this is a well-optioned example.

“I bought this car from my uncle’s neighbor who had it under a cover in a garage since 1989. It has 41,000 original miles. It runs amazingly well. I had the manifold and valve cover gaskets replaced as well as new OE y-pipe and mufflers installed in April 2022. I have all the receipts. No more oil leaks at all. This car is a blast to drive. It has the upgraded Z52 suspension package and handles really well. The sale will include all the manuals and original documentation including the window sticker and cassette tapes from the factory. It’s a great time to invest in a car like this that is relatively inexpensive and will only increase in value even with additional miles. I’m only selling it because I have a project car and need the room in the garage
The whole car was professionally buffed in May 2022. There are a couple of nicks from rocks and one minor scratch (see pictures). Overall, the paint looks really good.6-way power driver and passenger sport bucket seats in red leather. Amazingly comfortable! Wear on the carpet in the usual place for getting in and out. I have replacement carpets that have not been installed that will be included in the sale.”

Show or go: What would you do with this 1988 Chevrolet Corvette?  Please comment below and let us know!