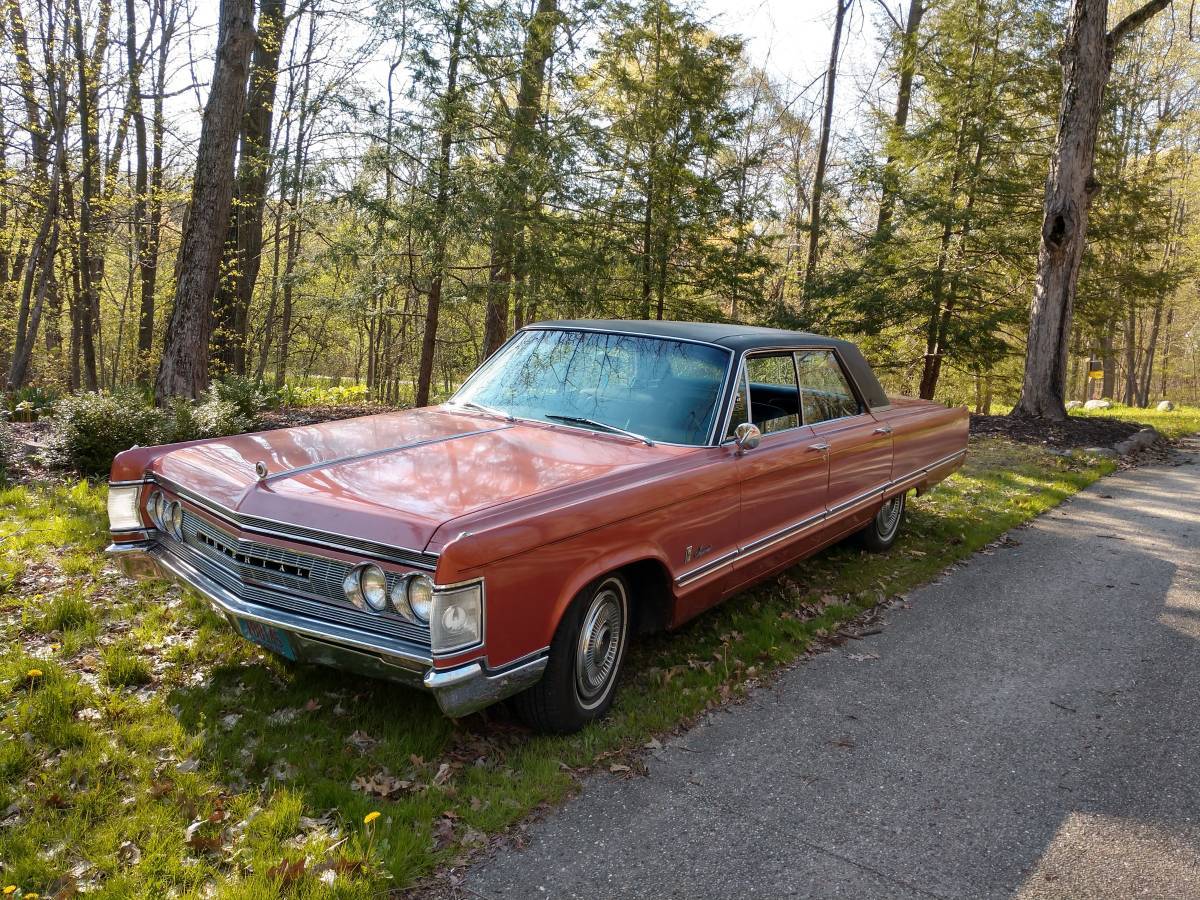 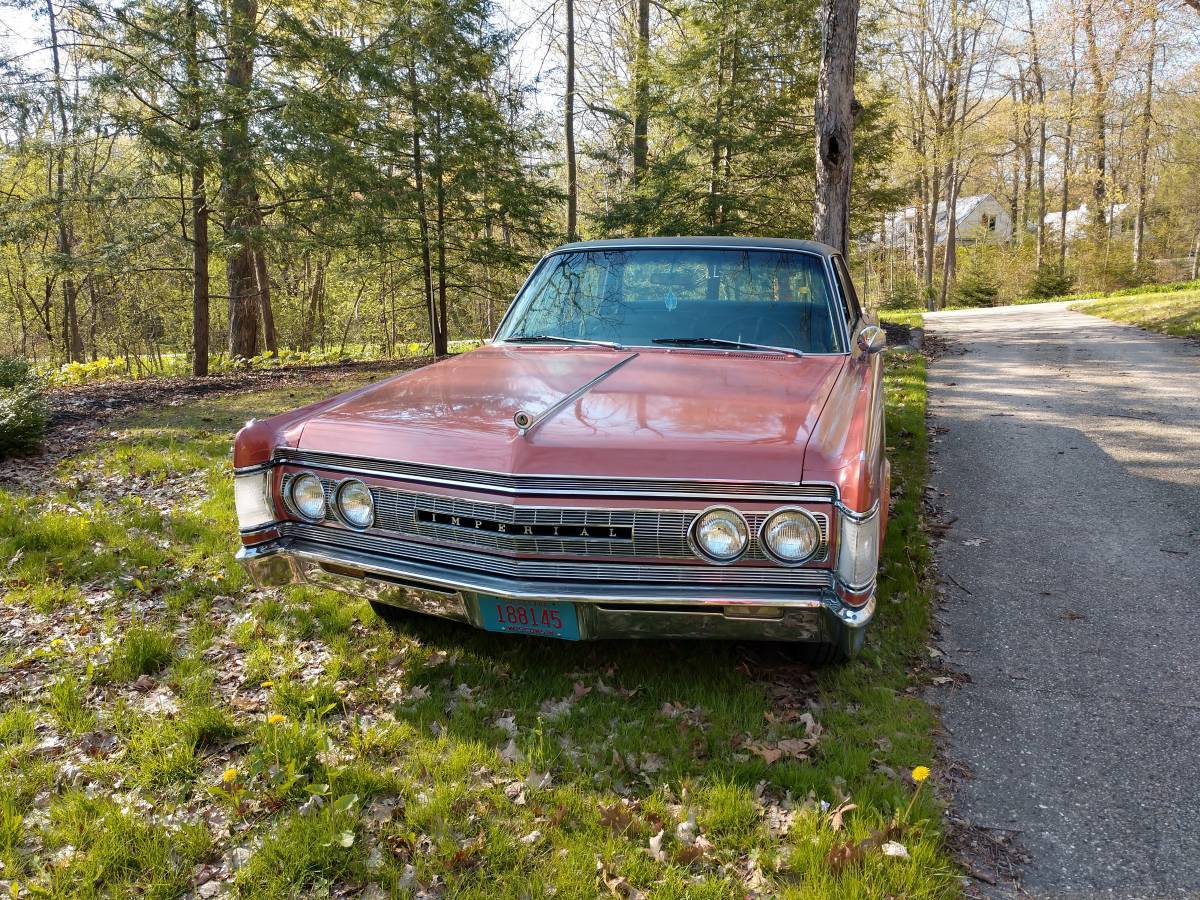 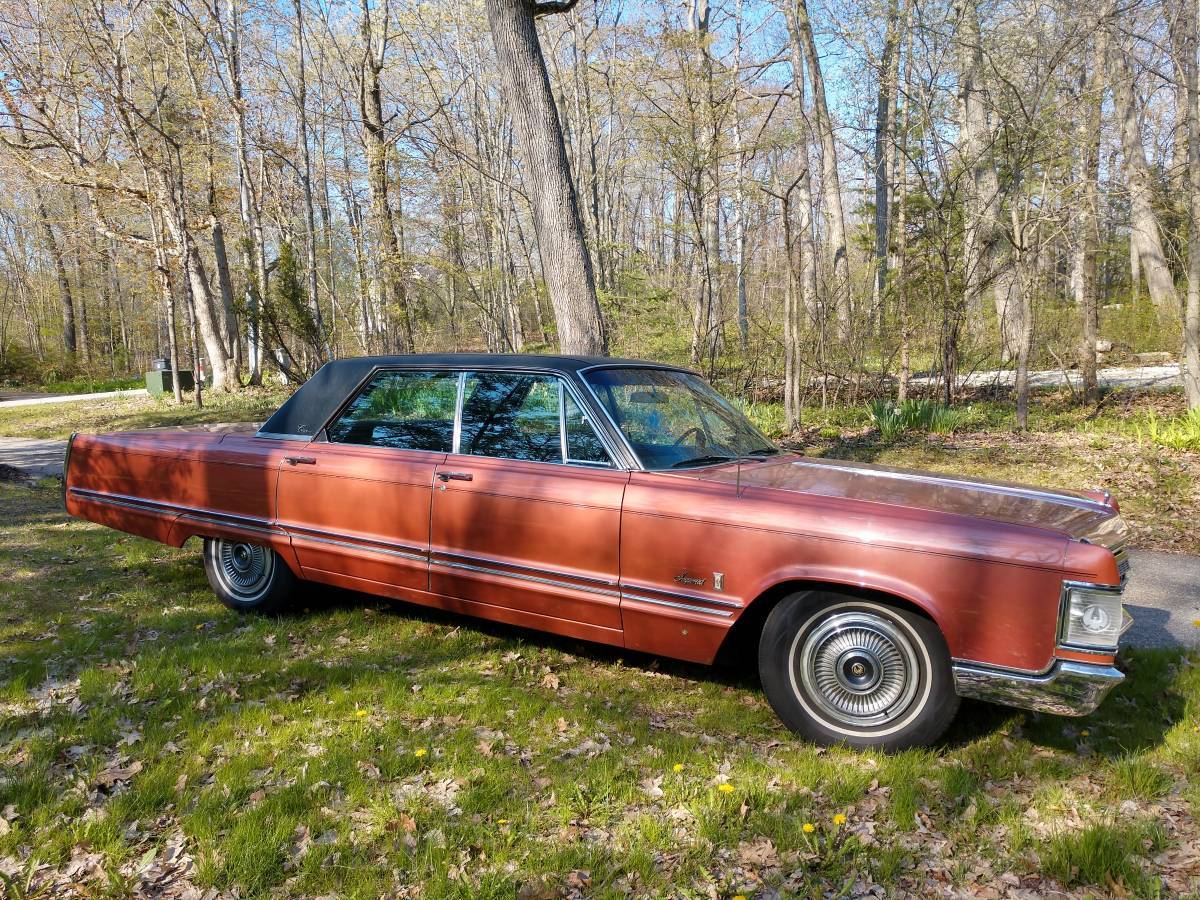 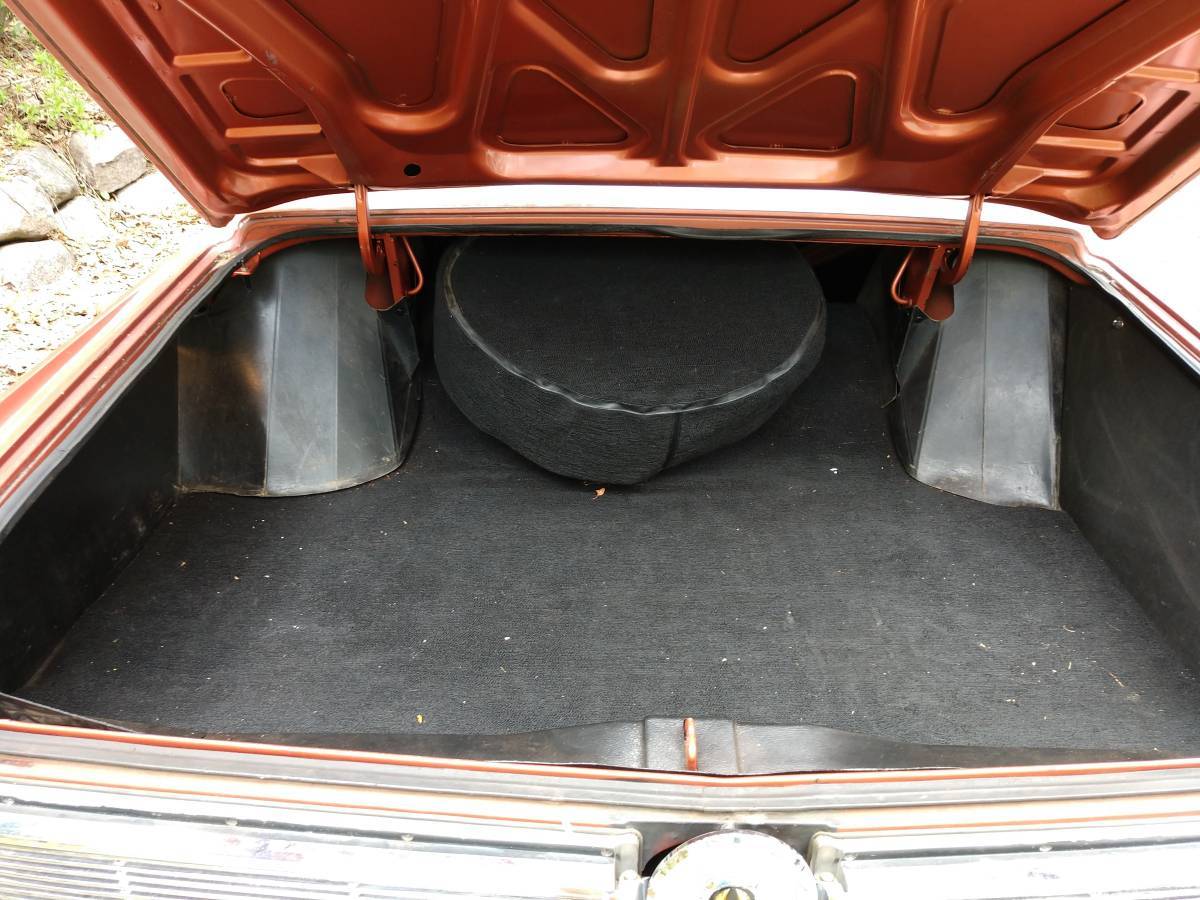 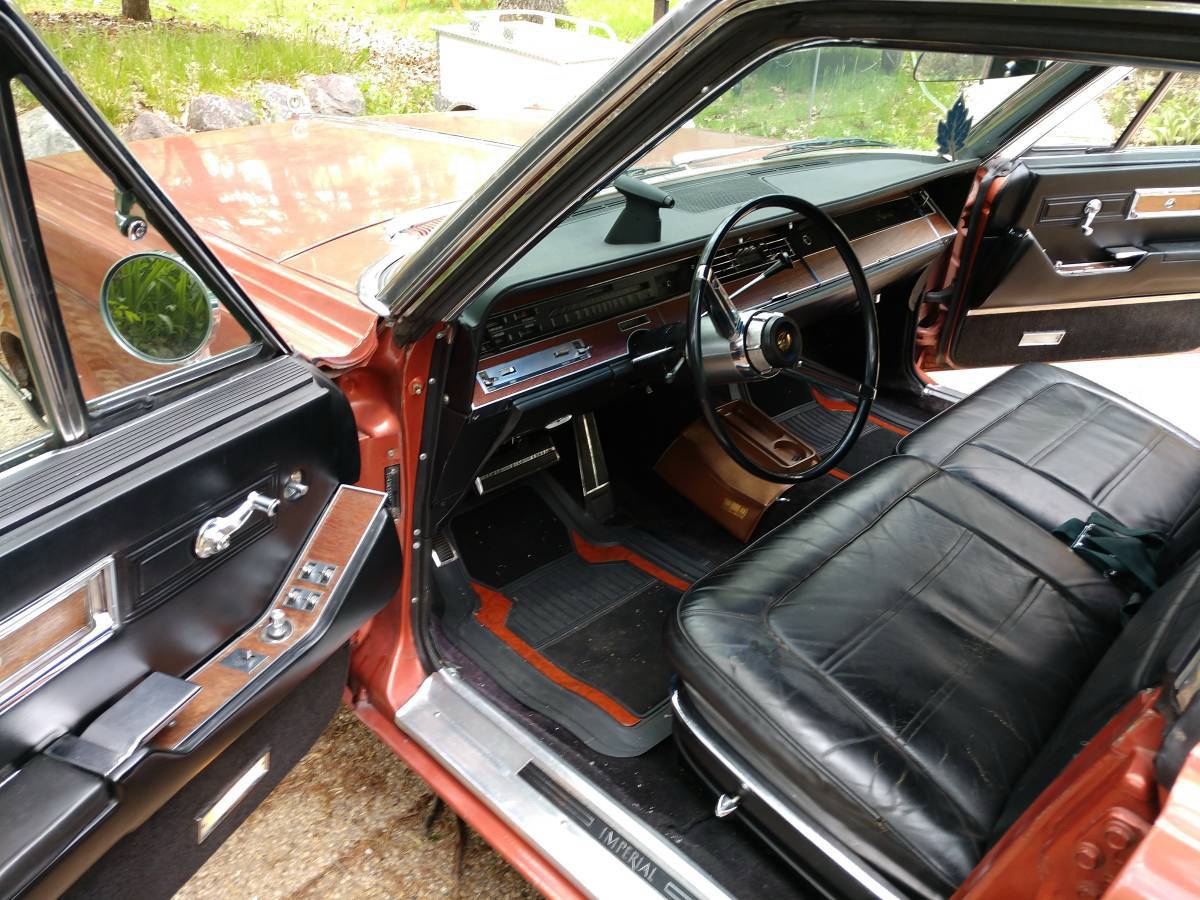 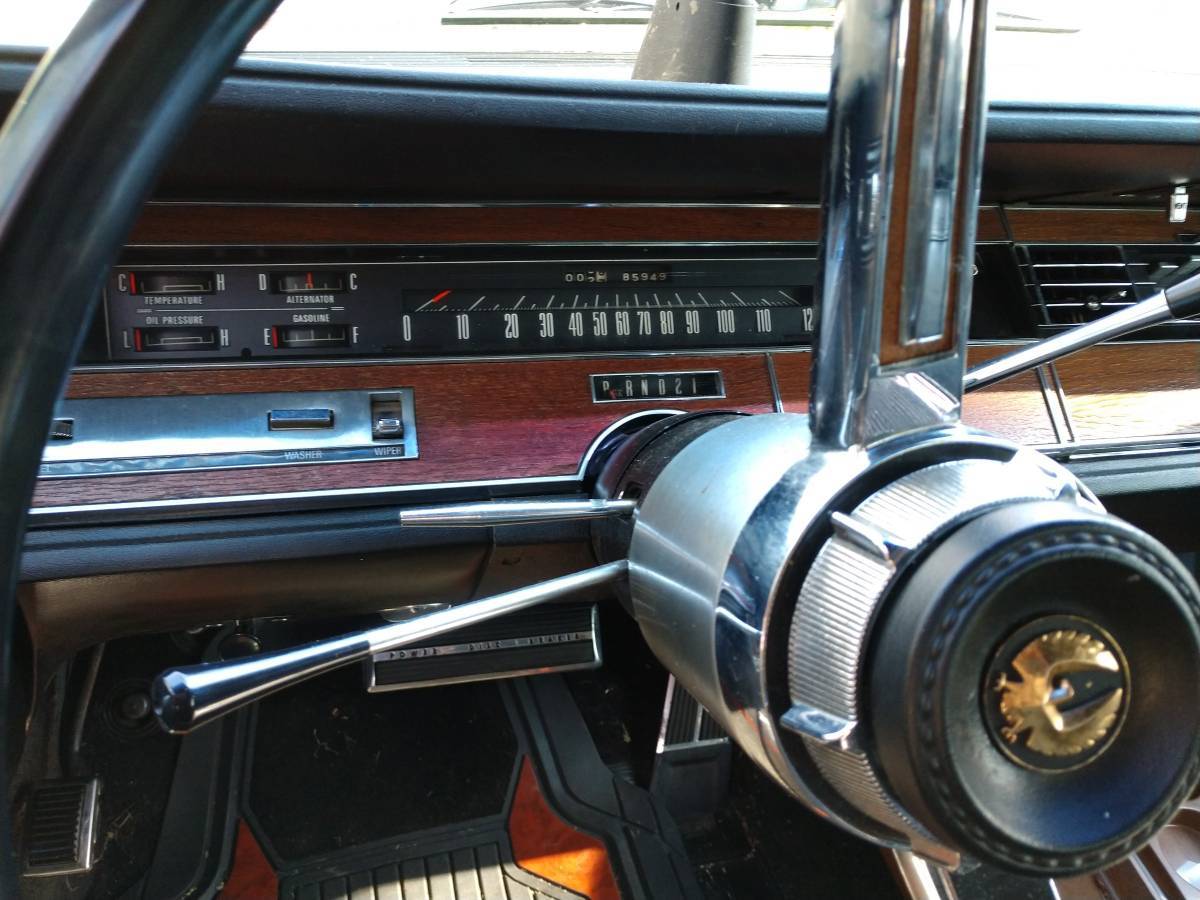 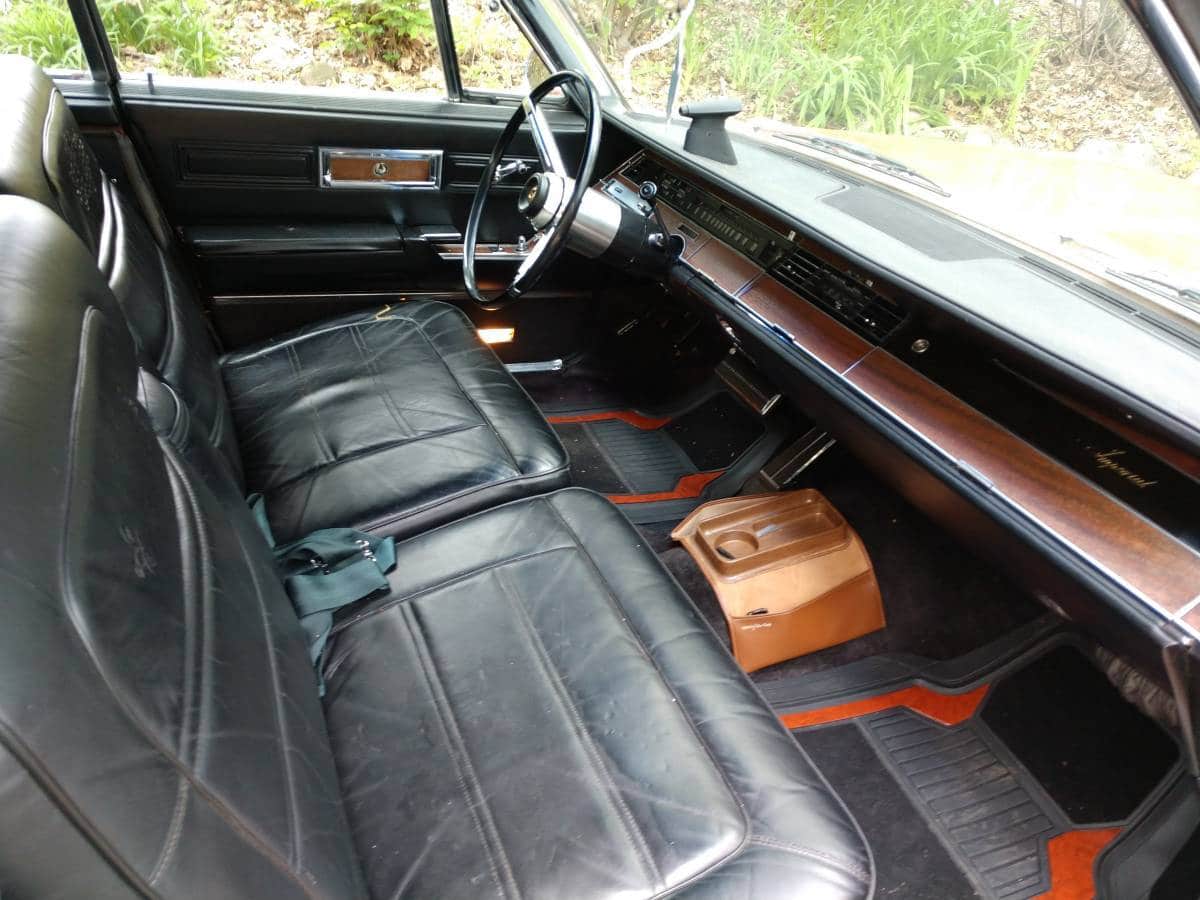 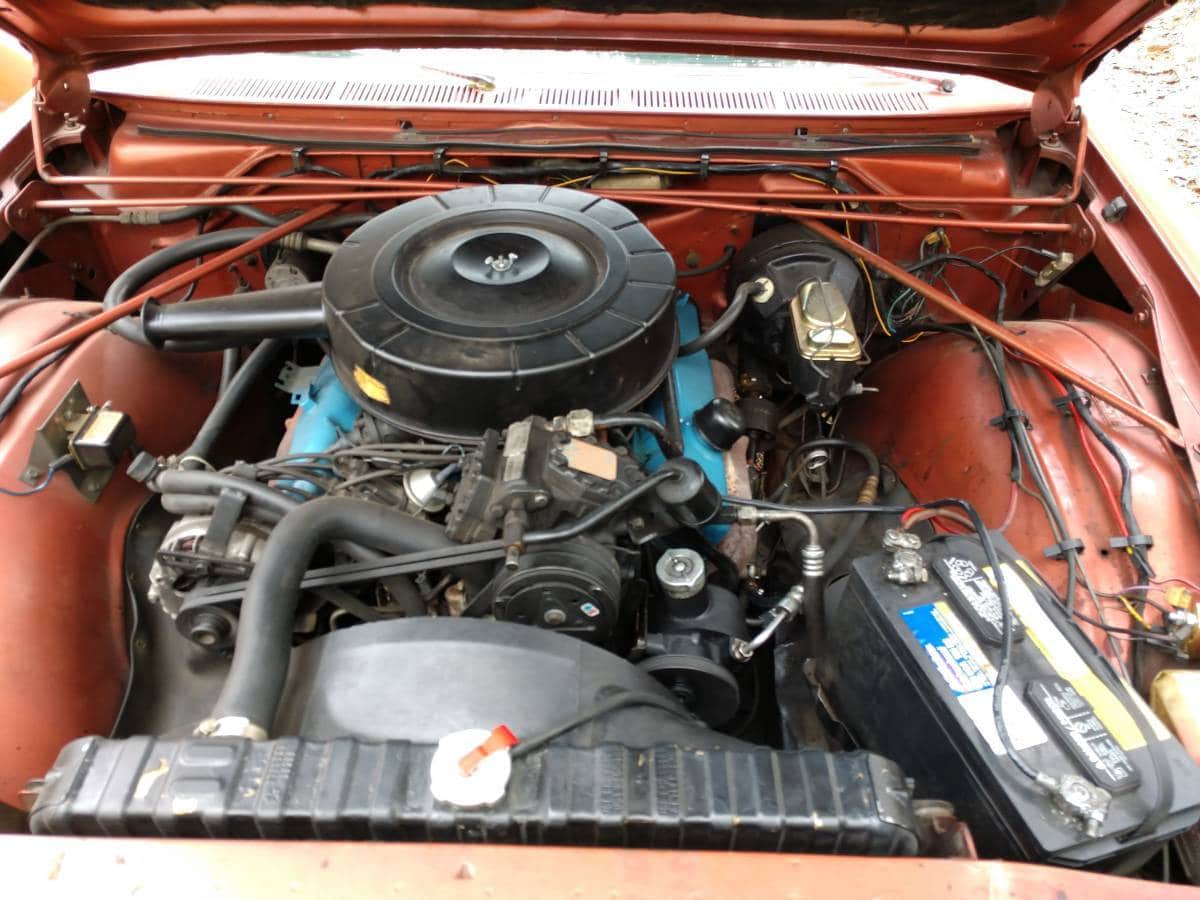 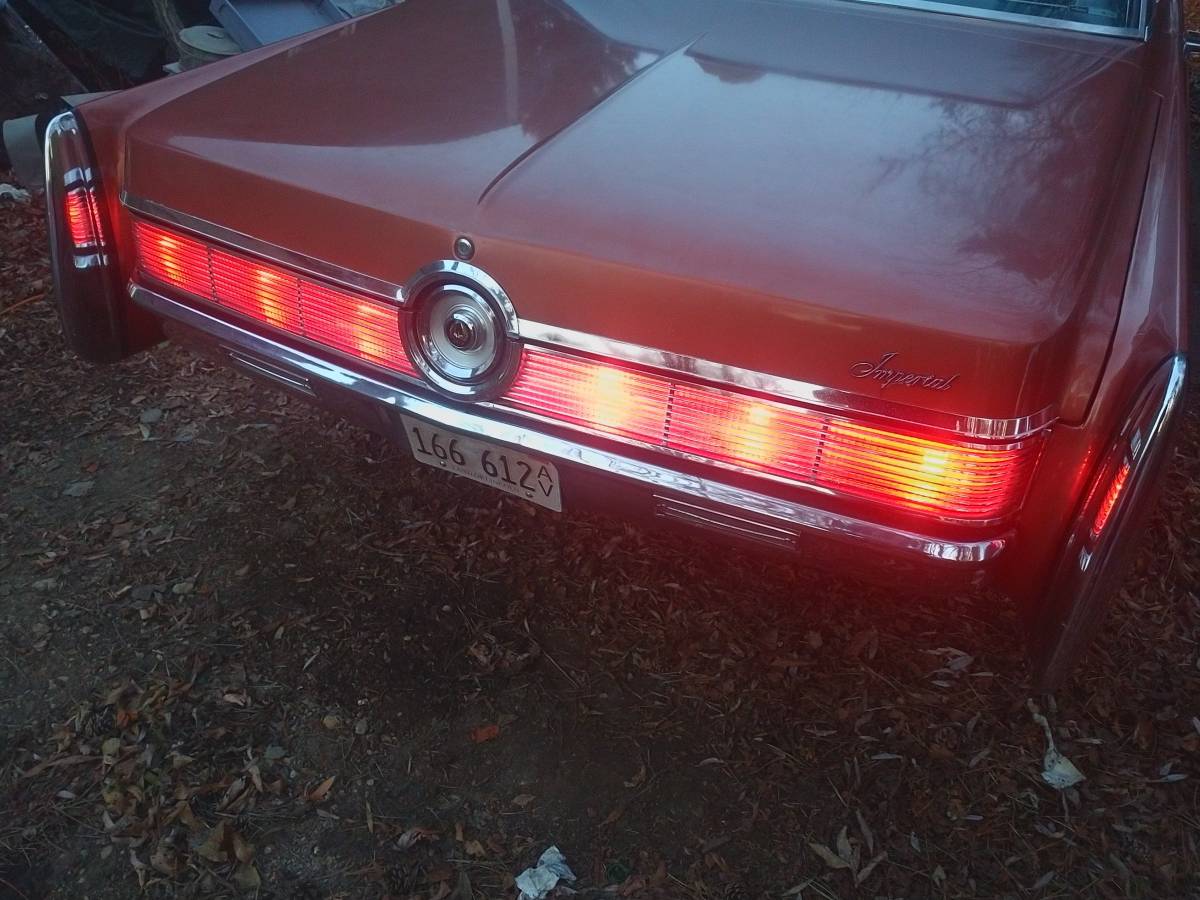 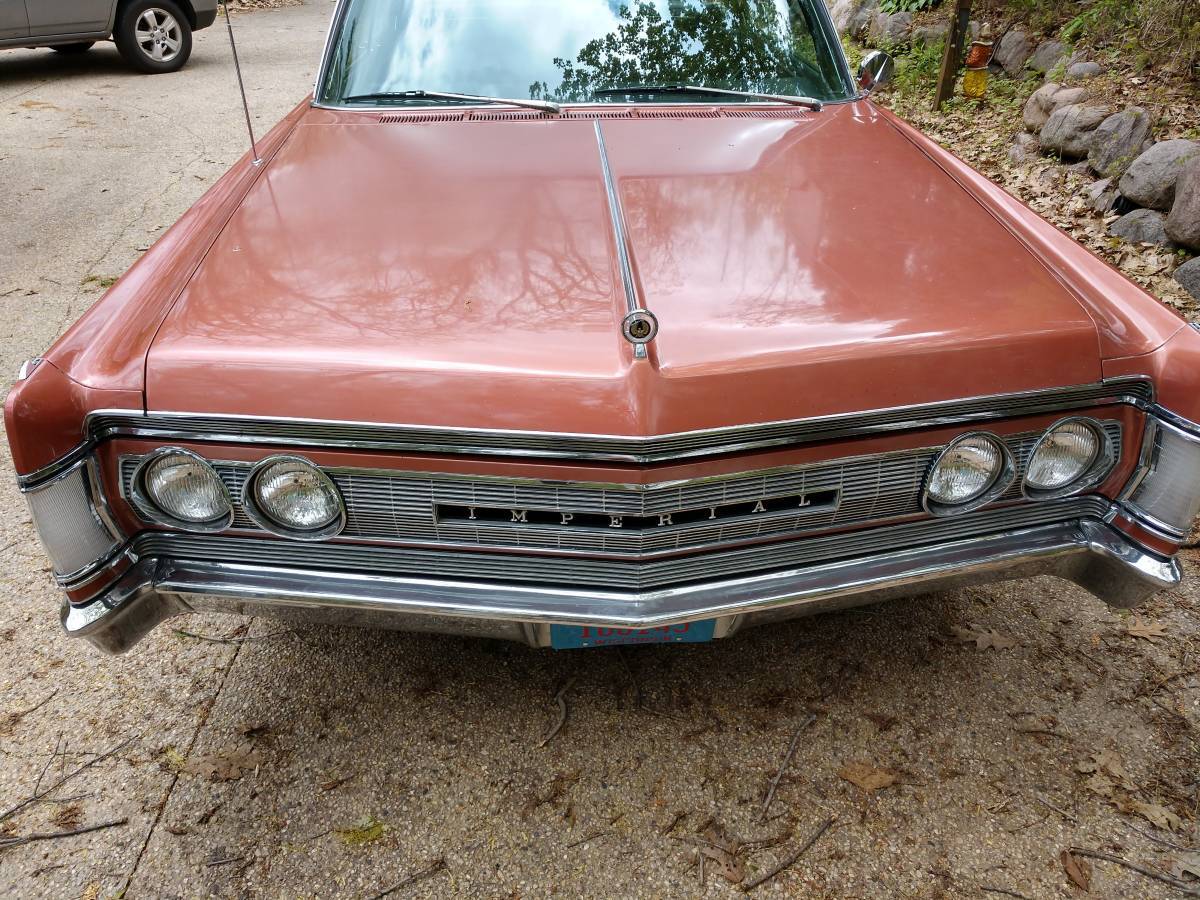 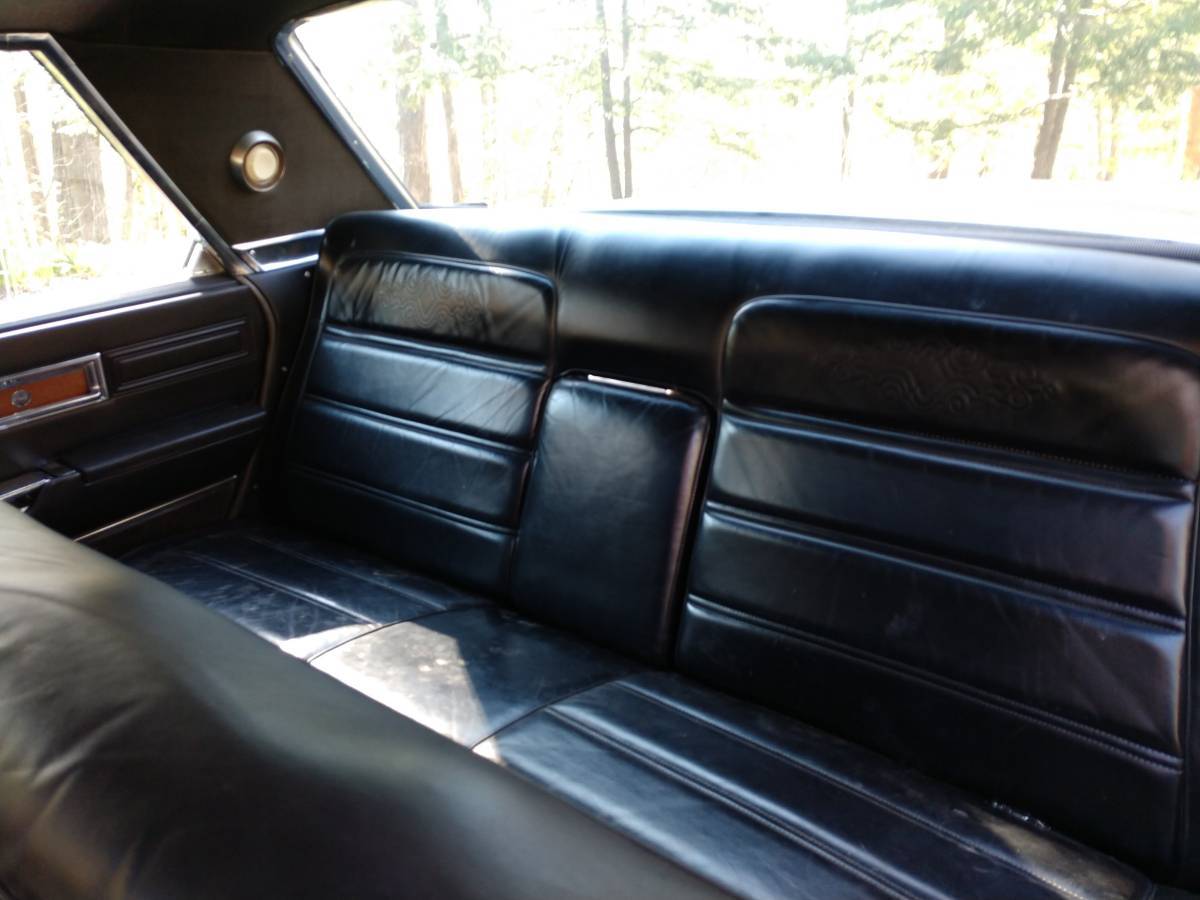 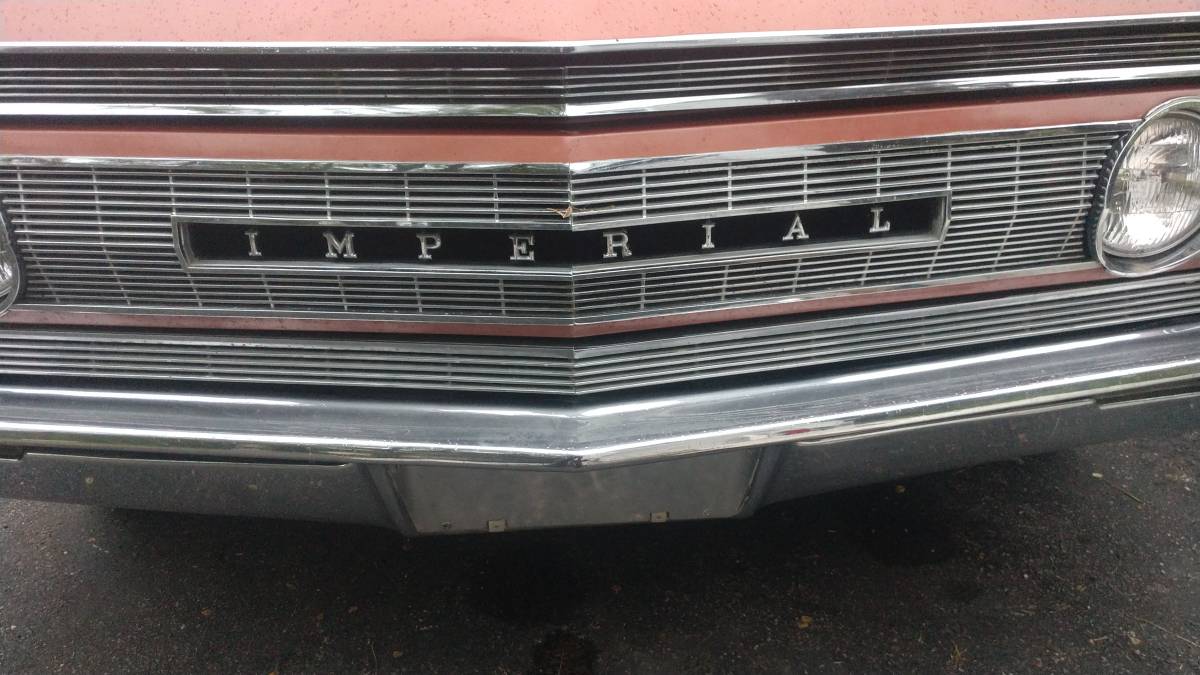 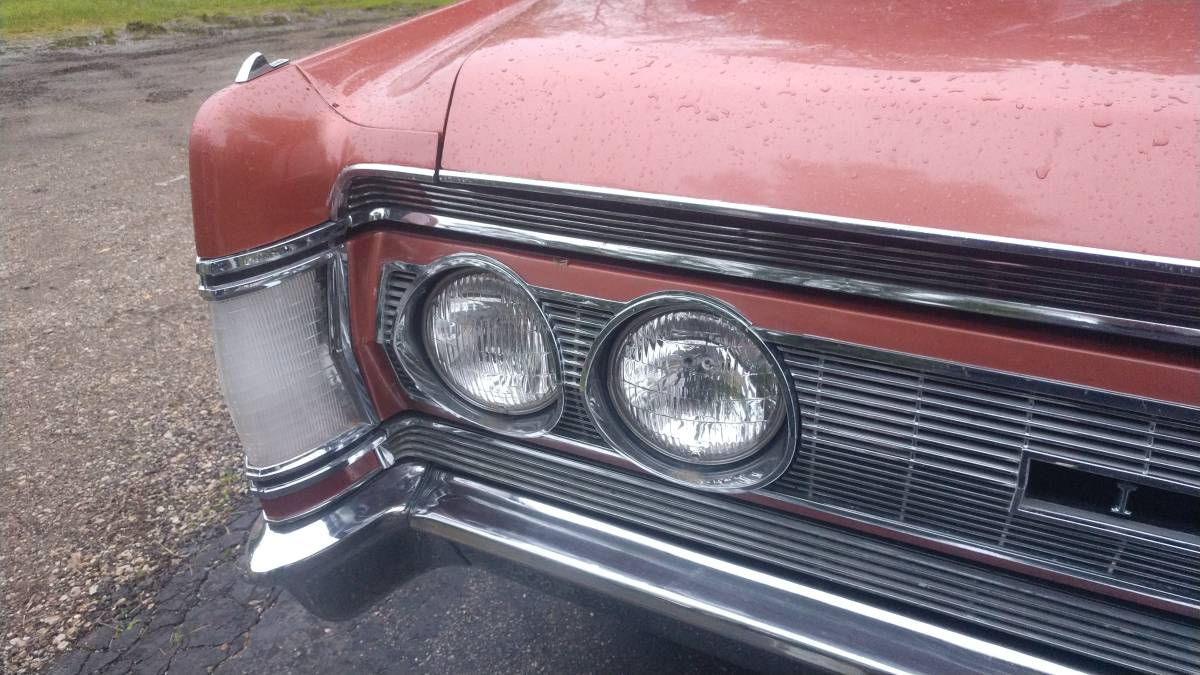 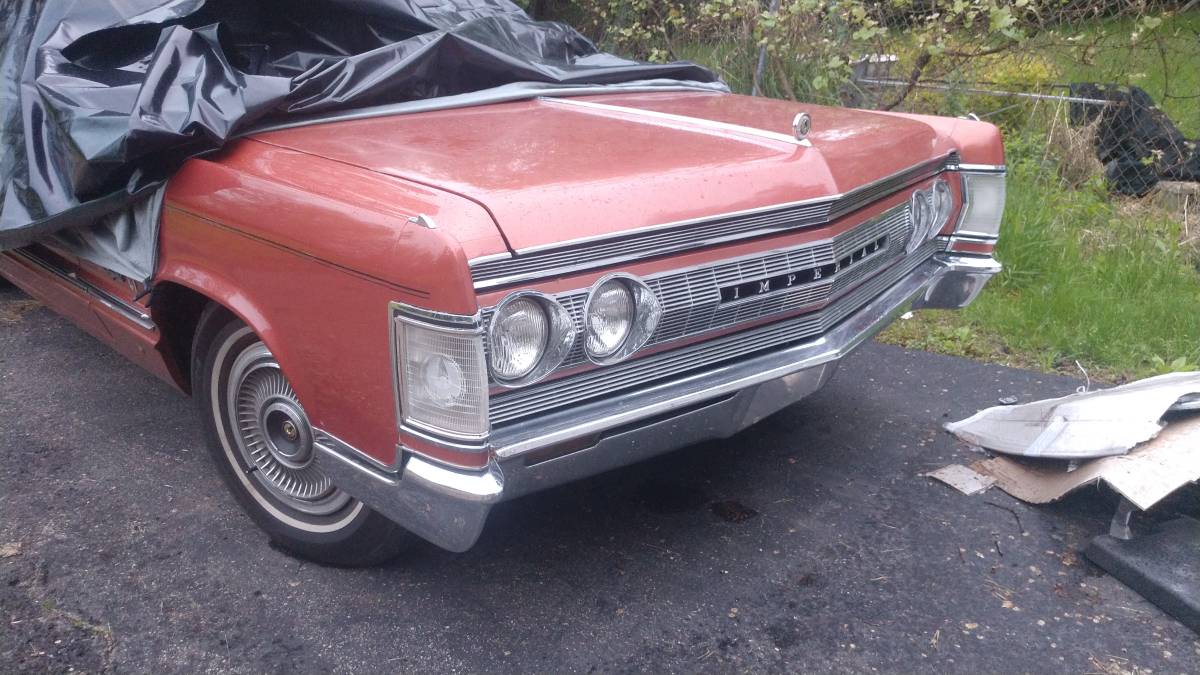 November 6, 2022 Update – The private seller just replaced their expiring Craigslist ad with a fresh listing. In it, the pictures, description, and already lowered asking price of $12,750 remain in place.

October 3, 2022 Update – After a six-month pause, the seller of this 1967 Imperial Crown we’ve been tracking the sale of since January 2021 just posted a fresh listing.  The description and pictures have not changed. In fact, we’re surprised the seller has not updated the mileage from their last listing. While the asking price of $12,750 remains the same, the values of these cars have increased since we first featured this luxury car.

April 7, 2022, Update – We just confirmed the listing for this “Classifind” expired, so with no replacement found, we’re assuming this ride is “Sold?” until we come across a fresh listing.

March 3, 2022 Update – After a brief pause following the expiration of their last listing, the private seller of this 1967 Imperial Crown sedan we’ve been tracking for one year now just posted a fresh listing. In it, they increased their asking price slightly to $12,750, which is up from their original ask of $11,000 one year ago.

February 24, 2022 Update – While this “Classifind” expired recently, given the seller’s past history we suspect may not actually be sold yet.  For now, we’re labeling this ride “Sold?” However, we will keep an eye out for an updated listing.

November 20, 2021 Update – Sure enough, one week after we assumed this ’67 Imperial Crown Sedan sold, the private seller posted a fresh listing with the asking price remaining firm at $12,000. This is an 86K mile survivor four-door hardtop example featuring its original Turbine Bronze exterior paint that we’re surprised did not find a buyer this year as the asking price is in line with current market estimates.

November 11, 2021 Update – While this Imperial “Classifind” expired recently, given the seller’s past history we suspect may not actually be sold yet.  For now, we’re labeling this ride “Sold?” Until we come across a new listing.

October 4, 2021 Update – Both the Internet and GuysWithRides.com never forget. After an eight-month hiatus from listing this ’67 Imperial, the private seller now has it listed again just in time for fall. This time around he’s increased his asking price by one large to $12,000. We will keep an eye out to see whether this latest post at a higher price finds a new home for this stately automobile.

March 25, 2021 Update – We just confirmed the listing for this Imperial “Classifind” expired, so with no replacement found we’re assuming this ride “Sold?” unless we come across an updated listing.

Chrysler’s technological prowess was fully displayed in 1963 when it conducted a proof-of-concept program with fifty lucky consumers provided with stunning bronze-colored, Ghia-bodied, turbine-powered prototypes.  While turbine-powered Chryslers never materialized beyond the pilot, “Turbine Bronze” became a popular color combination on the company’s other offerings.  A stunning example of this great-looking color is this 1967 Imperial Crown Sedan, originally listed in January 2021 and currently relisted here on Craigslist in Long Grove, Illinois (Chicago). Reported to be an 86 K-mile survivor, the current caretaker and apparent Imperial enthusiast is now asking $12,750 (up from this $11,000 price at the beginning of 2021).  Comparing that price against the Hagerty Insurance Online Valuation Tool confirms the private seller has their Crown Hardtop priced between this guide’s #3 “Good” estimate of $12,400 and its #2 “Excellent” appraisal of $18,800.  Interestingly, the  Collector Car Market Review Online Tool provides a slightly different assessment as the asking price lands between this guide’s #2 “Very Good” estimate of $10,000 and its #1 “Excellent” appraisal of $17,200.

Imperial styling was completely new for the 1967 and 1968 models. Using a two-inch shorter wheelbase, Imperial switched from the body-on-frame platform (D-body) to a unibody platform (C-body platform used in other full-size “Mopars”.) While Imperial’s front K member was 3.0 inches (76 mm) longer than a Chrysler’s, the dimensions behind the front fenders were similar. One reason for the change was that Chrysler had gained experience with unibody construction and was ready to apply it to the company’s flagship line.

The economic component was that switching to the C-body was less expensive than maintaining a separate platform for Imperial, which was increasingly difficult to justify given Imperial’s relatively low sales volume. The new platform resulted in a significant reduction in weight as well as in exterior and interior dimensions. With the partnership between Ghia and Chrysler dissolved, limousines based on the Imperial were produced by Armbruster-Stageway of Fort Smith, Arkansas. The limousines were “sectioned,” with 36 inches added, most of that between the front and back doors, with a few inches added between the rear door and the rear wheel, allowing room for two rear-facing seats with a small console/bar in between. The limousine conversions were longer than the earlier Ghia cars and longer than the Cadillac Series 75 limousines.

Imperial shared the unibody platform with other full-sized Chrysler Corporation cars but retained a unique bodyshell. The styling kept the overall straight-line, sharp-edged Engel theme, but there were many detail changes intended to make Imperial look less like Lincoln and more into its own territory. Although the boss remained, the spare tire bulge was completely gone from the rear. The practically full-width taillights spread straight from it, but ended before chrome-tipped rear wings. A base Imperial model, simply called Imperial, returned for the first time since 1963, complementing the Crown and LeBaron levels of trim. It was the first four-door pillared Imperial sedan since 1960. New standard features included dual brakes with upfront discs and lane-change blinkers. Dual exhaust was no longer standard on the convertible. The only way to get it was to order the “TNT” version of the 440 engine, an option that promised more power.

By the private seller’s account and the pictures provided, this Crown Hardtop appears to be a well-sorted, survivor example in a great color combination.  While Imperials are Chrysler products underneath, the fact this seller is clearly an Imperial enthusiast (he is selling several at the moment) will likely provide some peace of mind on what to look for on this Crown.

Here’s an Imperial commercial from 1967 highlighting the rare “Mobile Director” option that the ad directors clearly did not think through when they put this together:

“I call back only, so leave a number with questions. Please read the entire AD
Other Nice Imperials Available, read below

This Imperial is in good operational order. Every system is gone thru and renewed. Drive it coast to coast with confidence. Garage kept since new. The engine runs strong. This is one of those cars you would assume would be in worse condition once you would see it, you will be proven wrong. These sell for avg $8k and are not even close, tow aways.
Transmission solid, and no fluid leaks. The tires are fresh
, and the exterior is in very nice condition, retaining all
of it’s original metallic bronze paint. The black leather interior is also in very nice condition ie No dash cracks says it all
A/C blows cold
Power windows work fast
AM radio motorized scanning works(foot control)
Rear window shade option
Auto headlight dimming system option rebuilt $500, works
The original clock no longer keeps consistent time.
Perfect glass and all mirrors
Perfect black vinyl top, no bubbling
Chrome and trim bright and pits are scarce. The tail light chrome assembly is the area that shows minor pitting.
WA state car, recent Wisconsin title.

There is no need to sell the car, that is the price that will buy this rare survivor offering.
Wishy washy buyers please don’t waste my and your time. Car shown in Police parking lot.

Show or go: what would you do with this survivor Imperial?  Comment below and let us know!