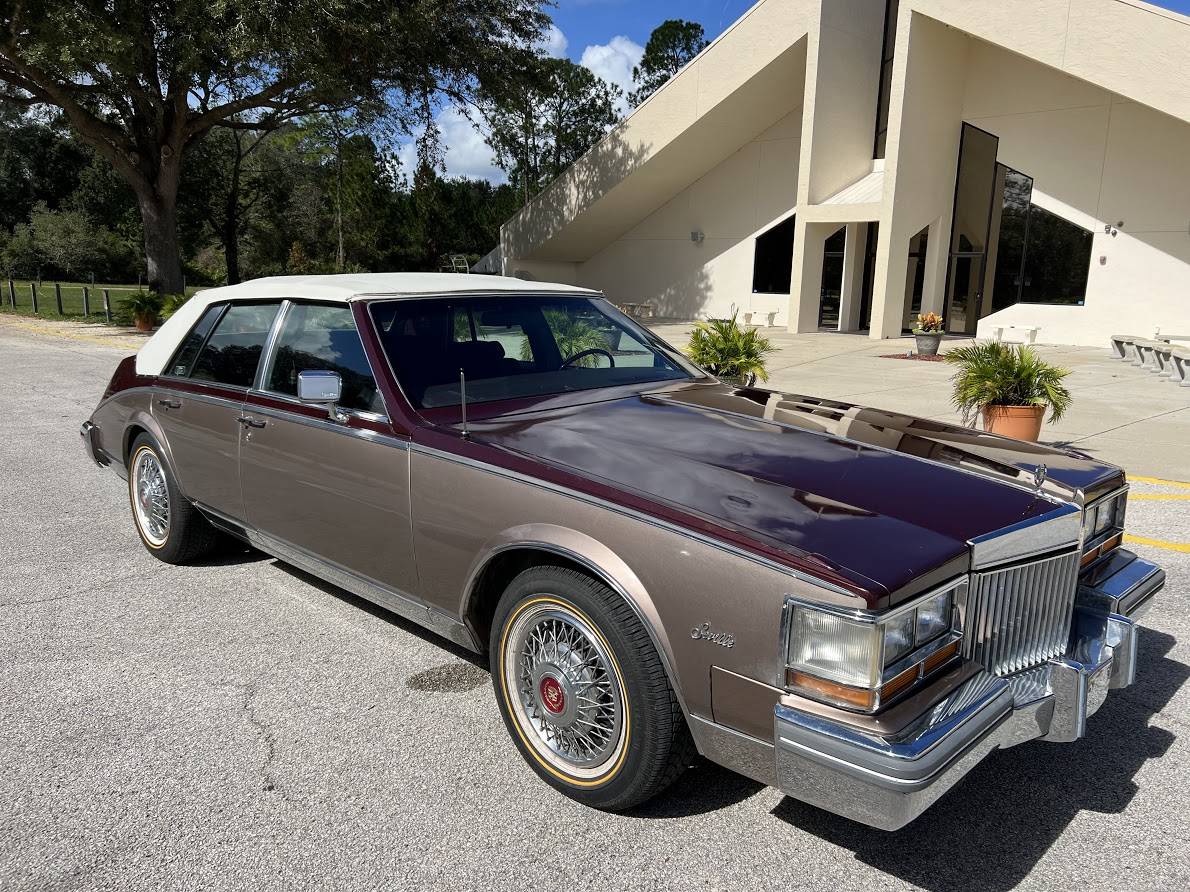 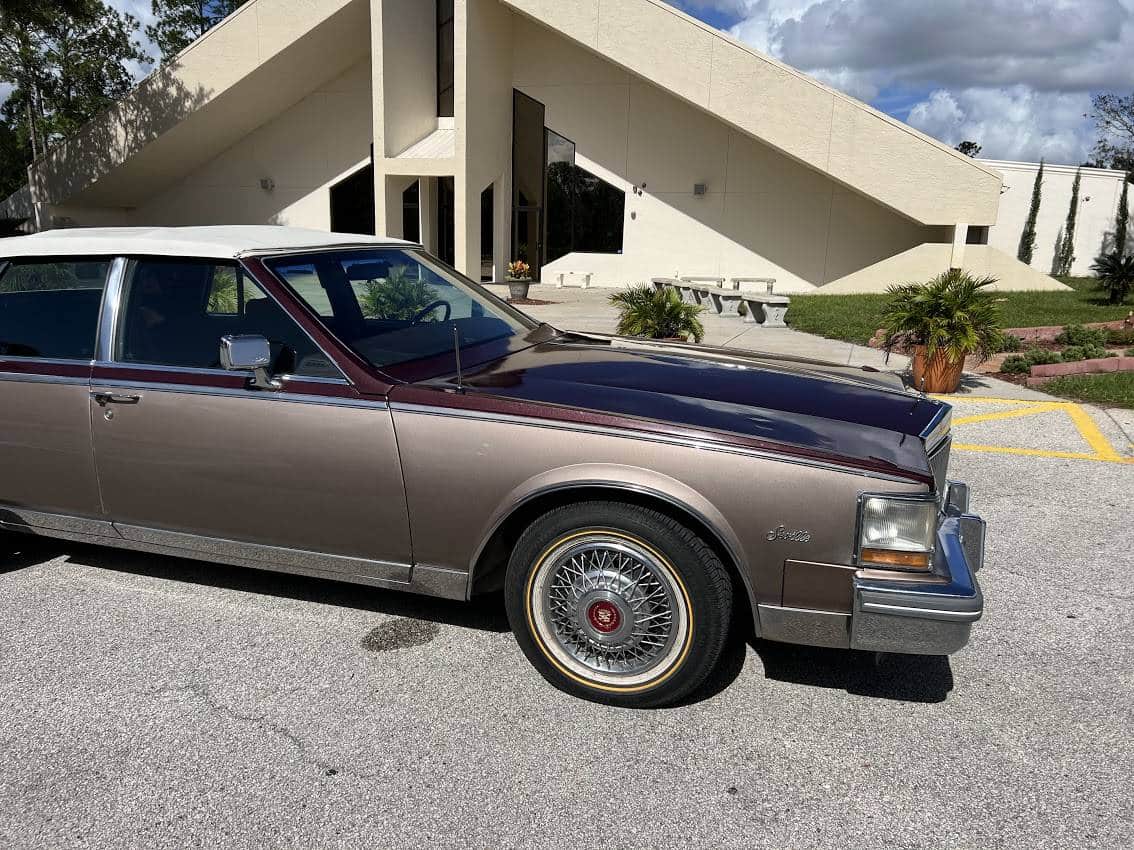 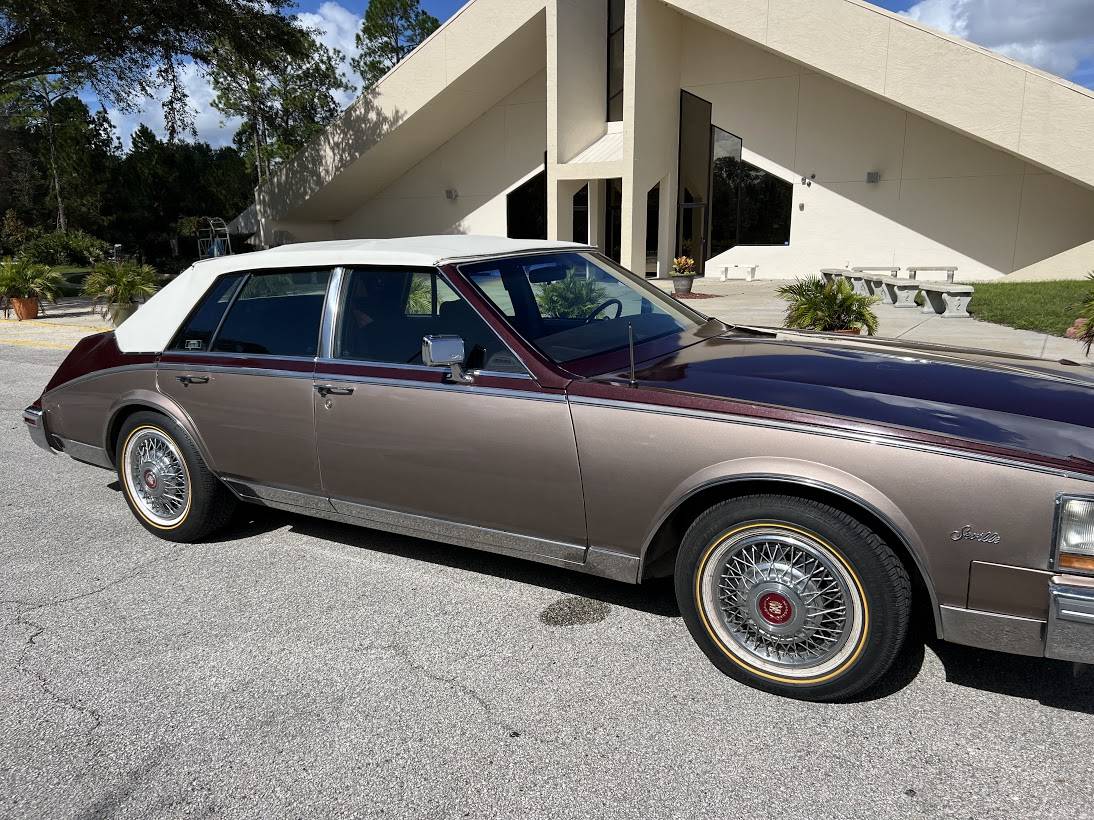 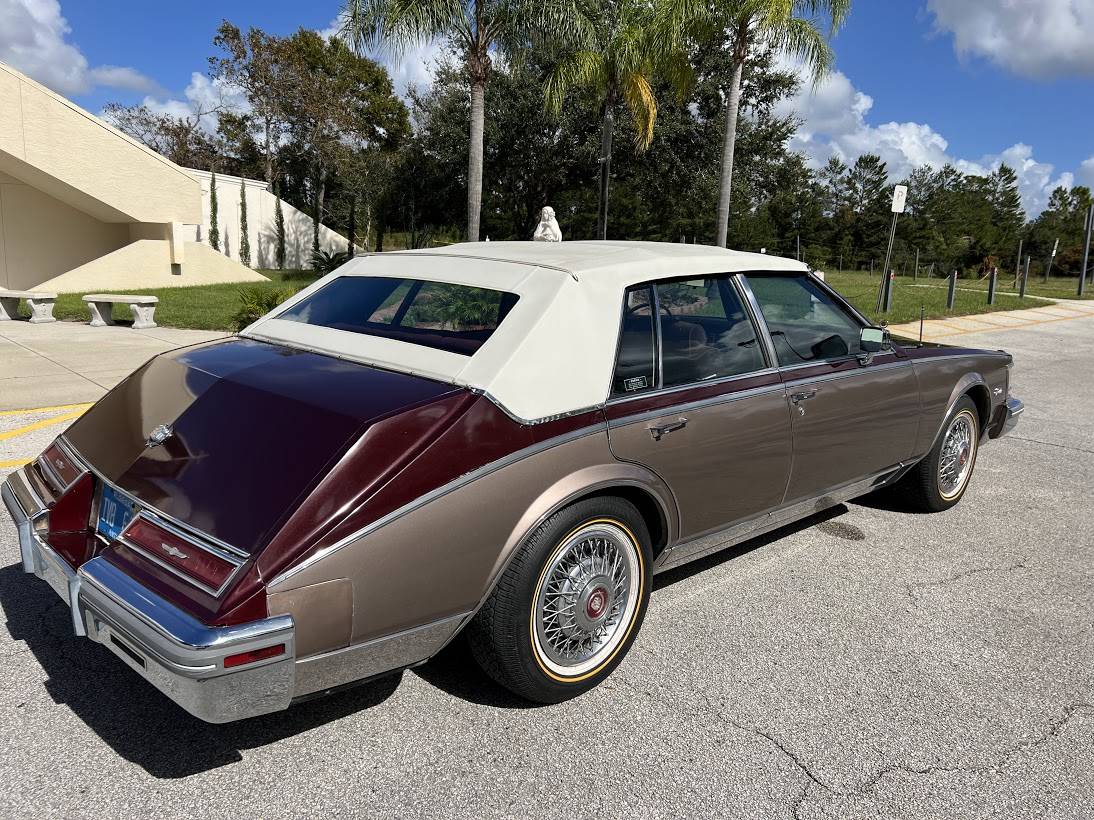 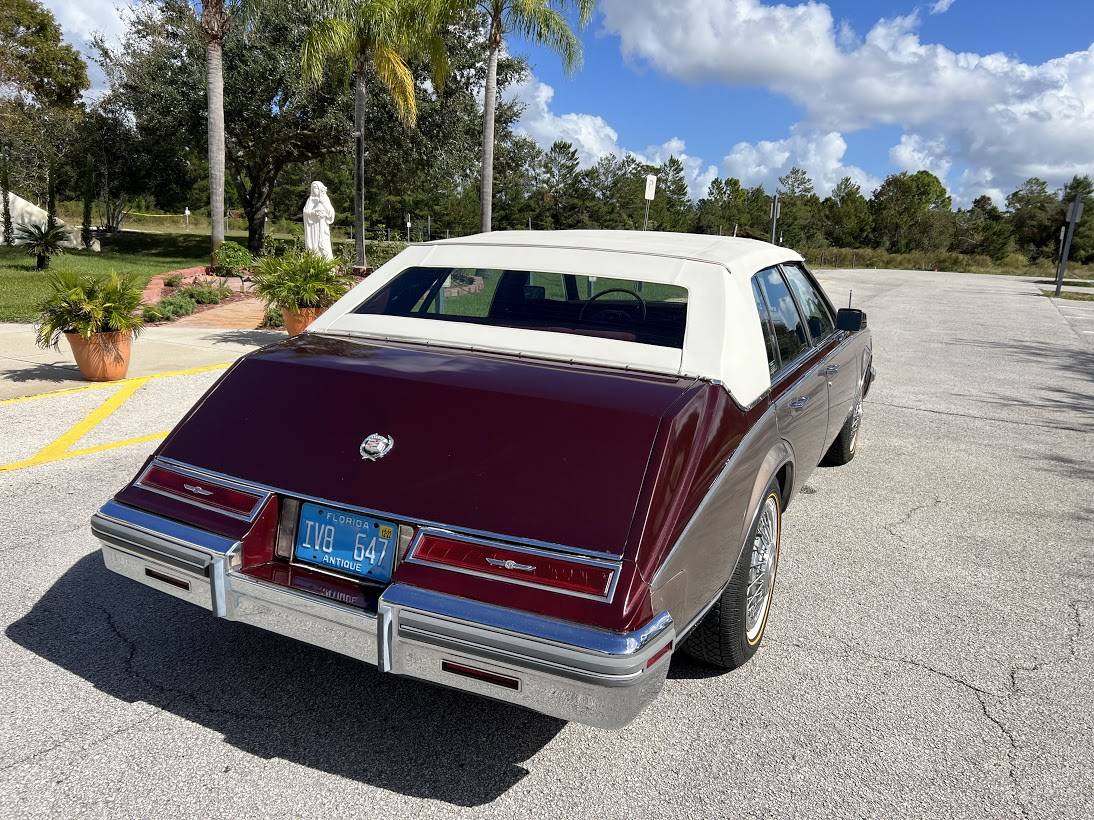 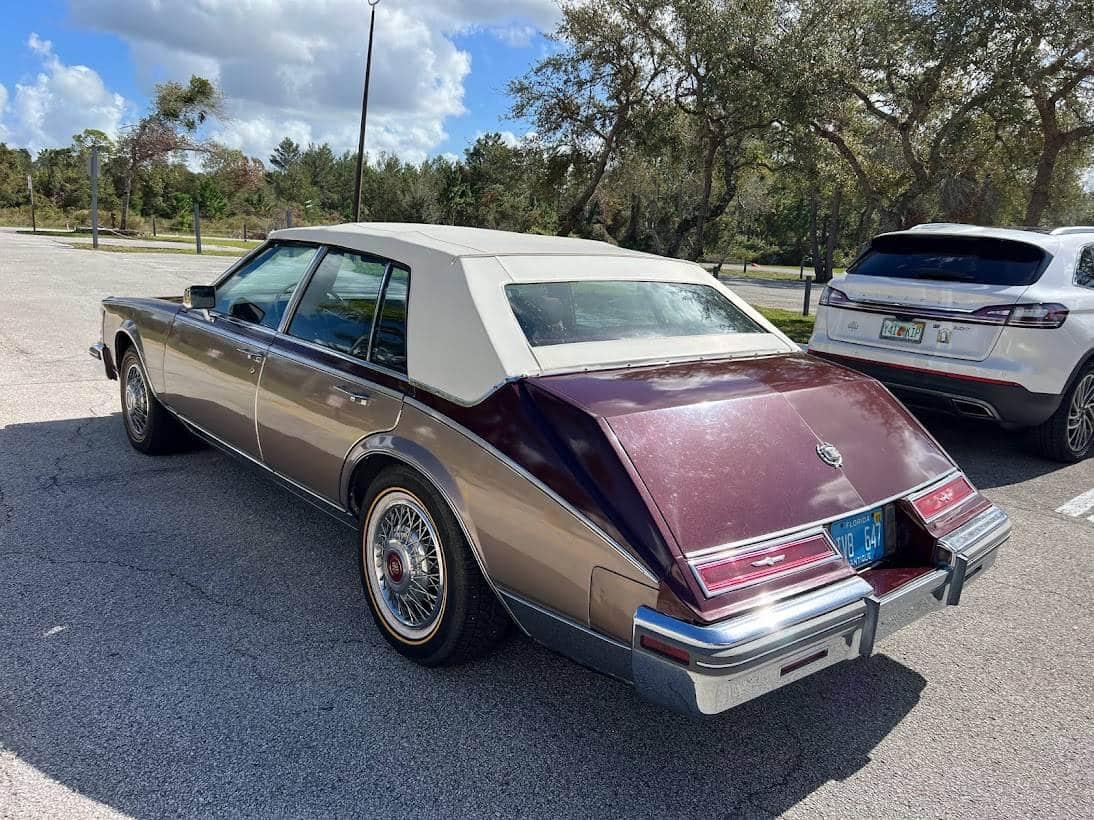 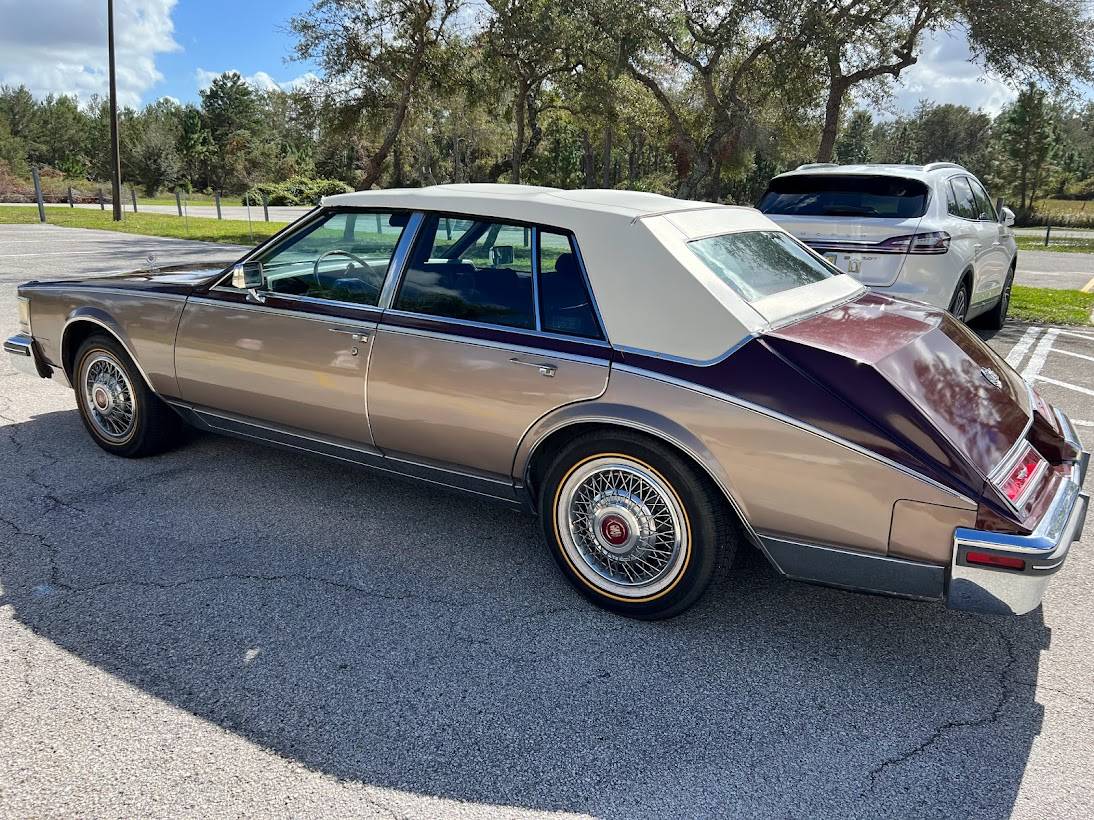 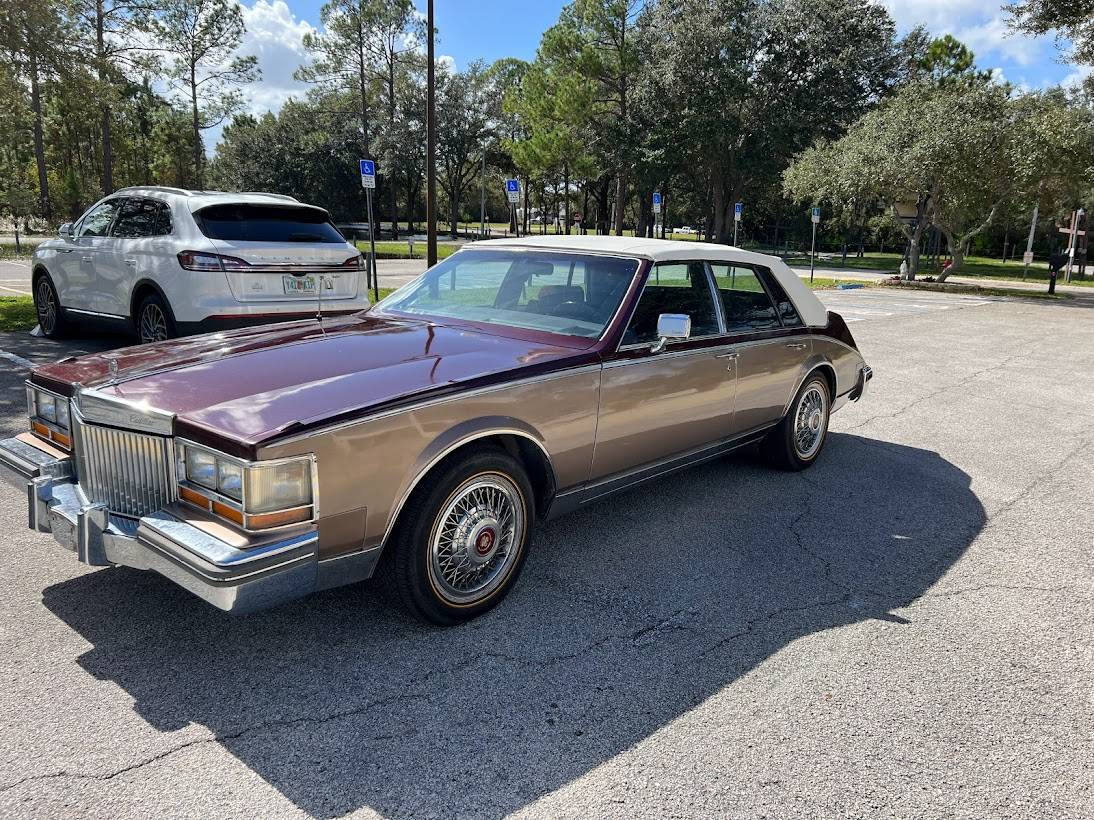 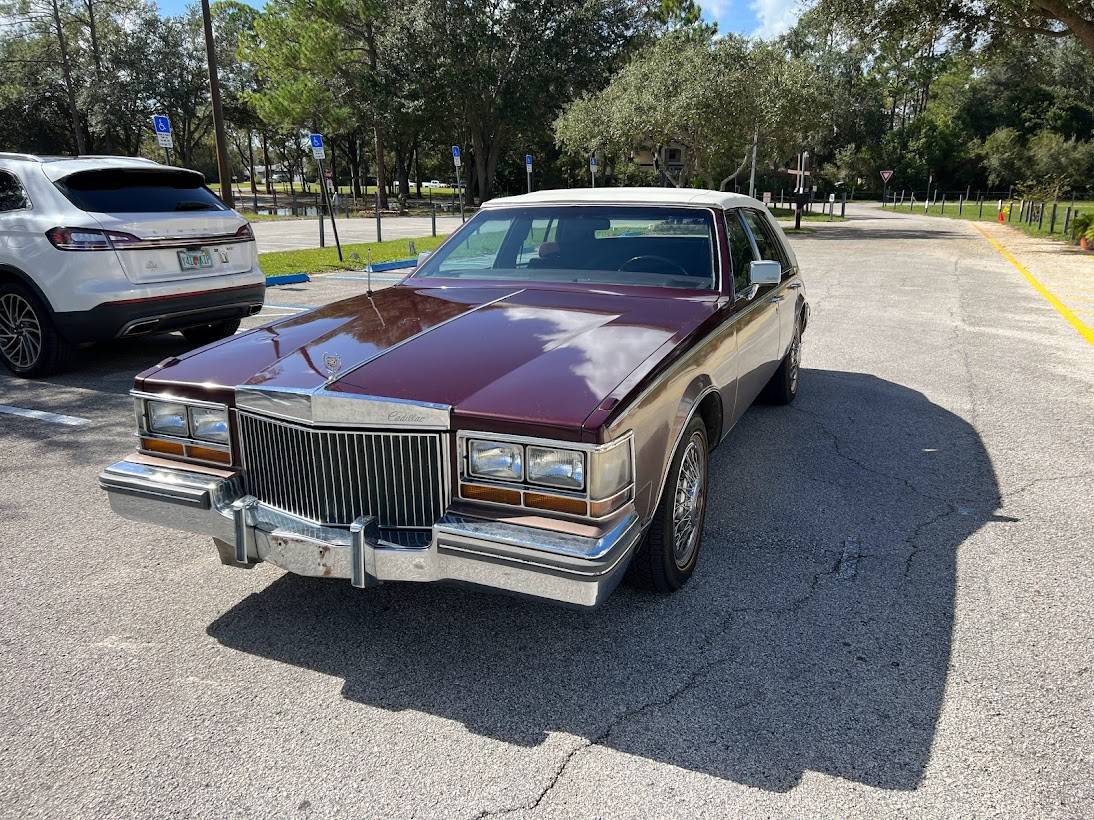 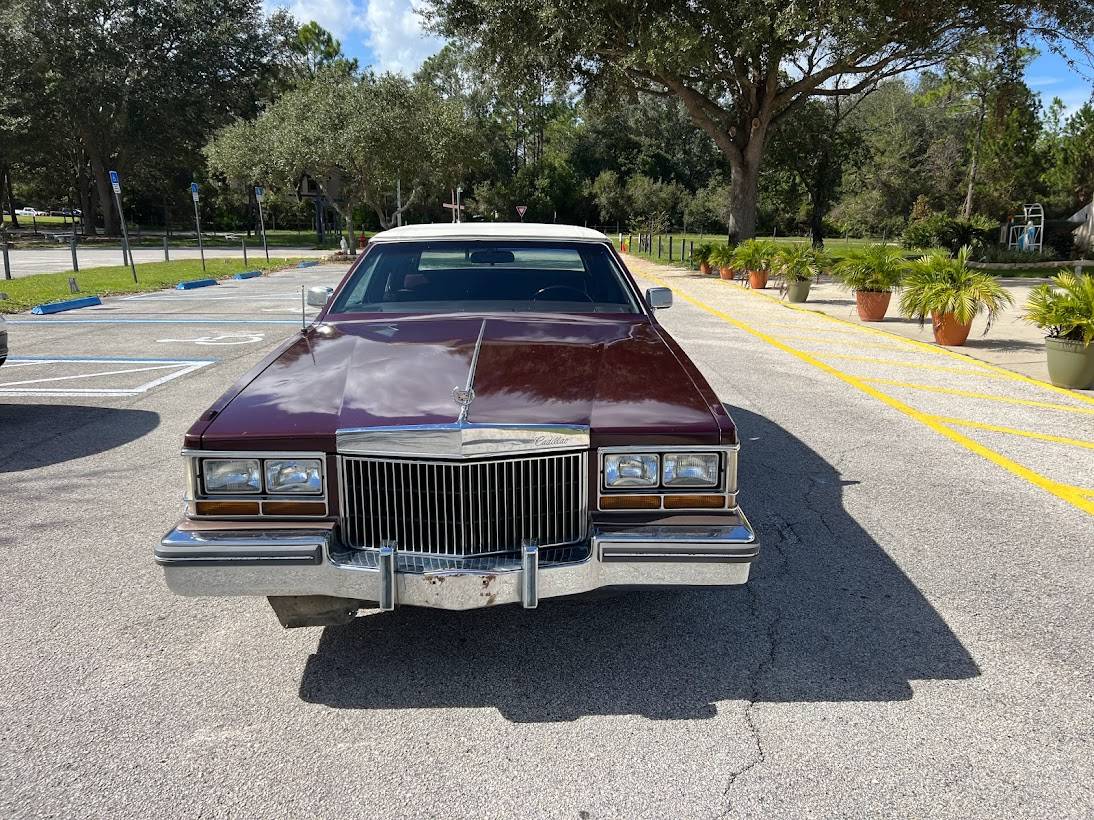 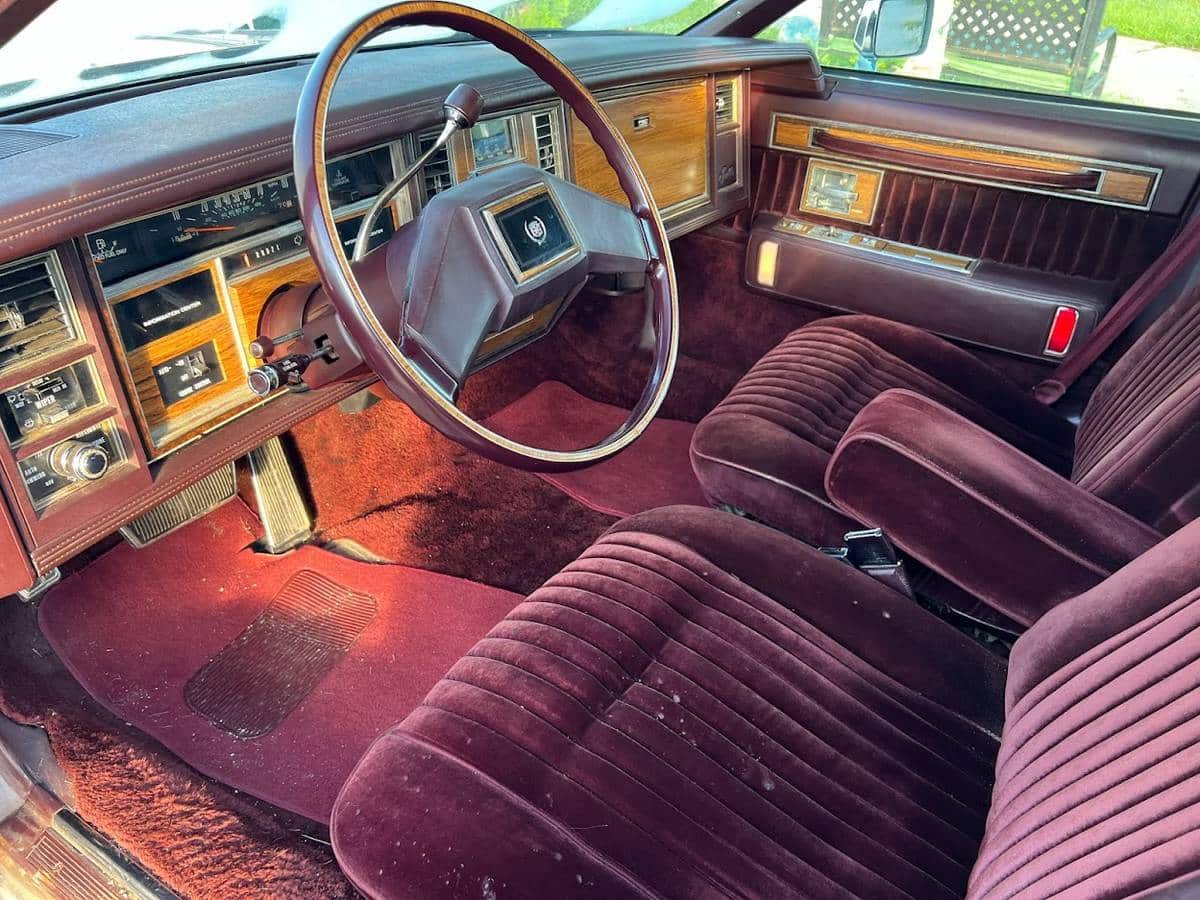 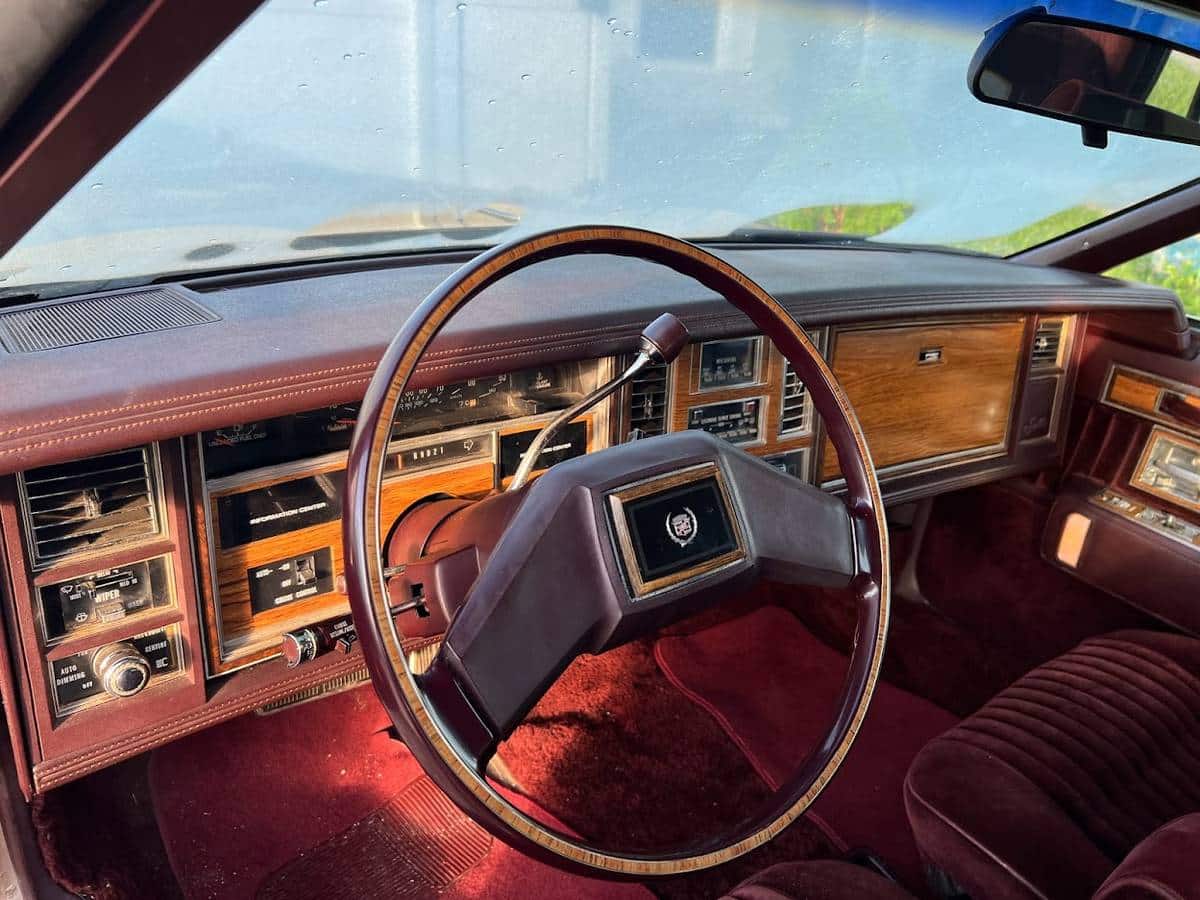 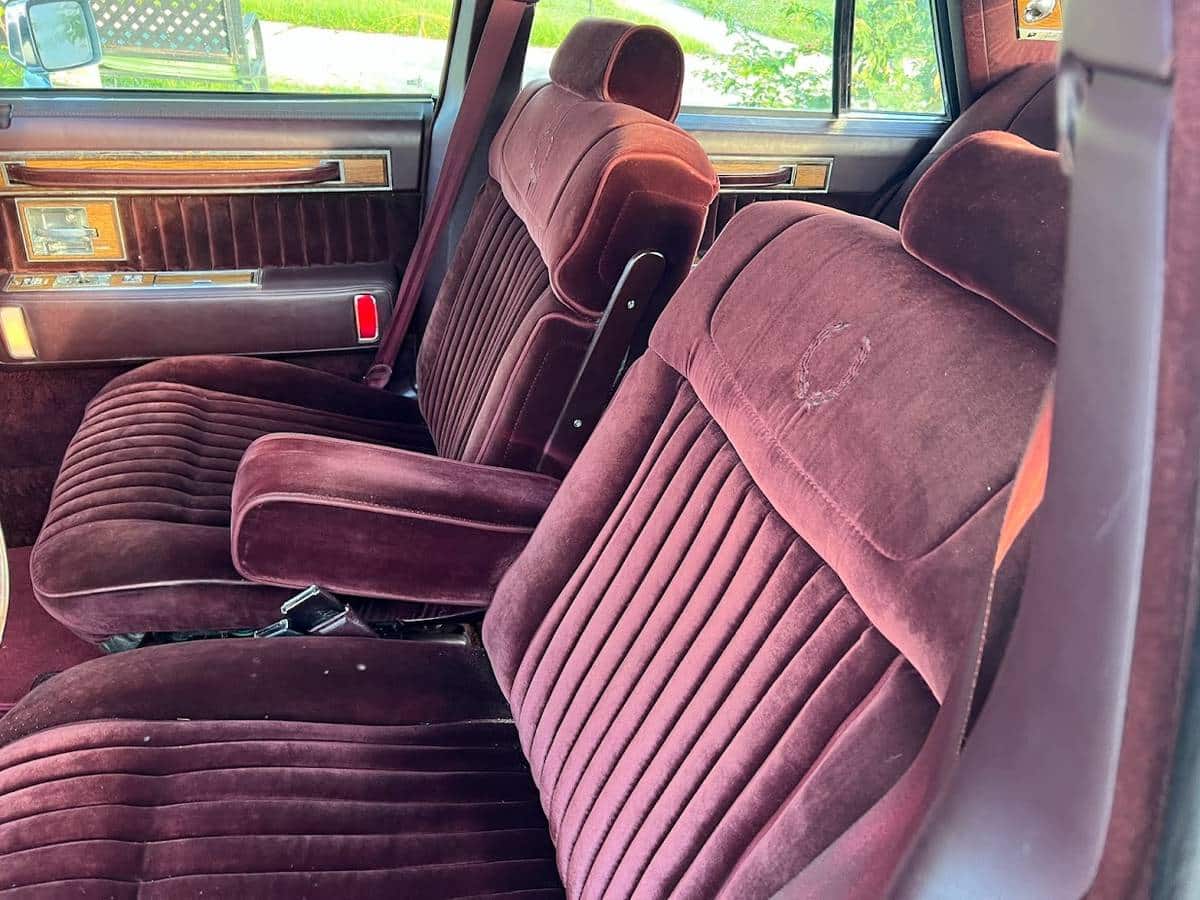 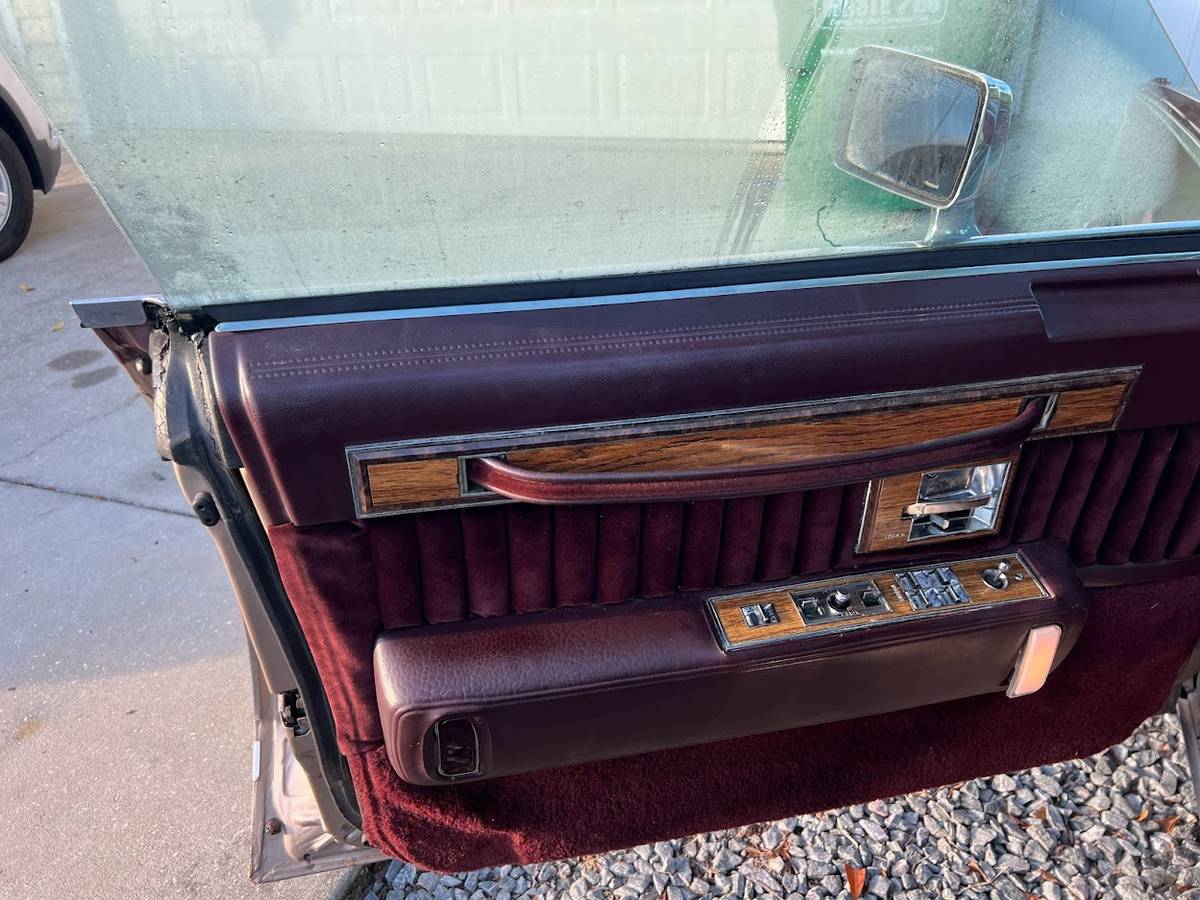 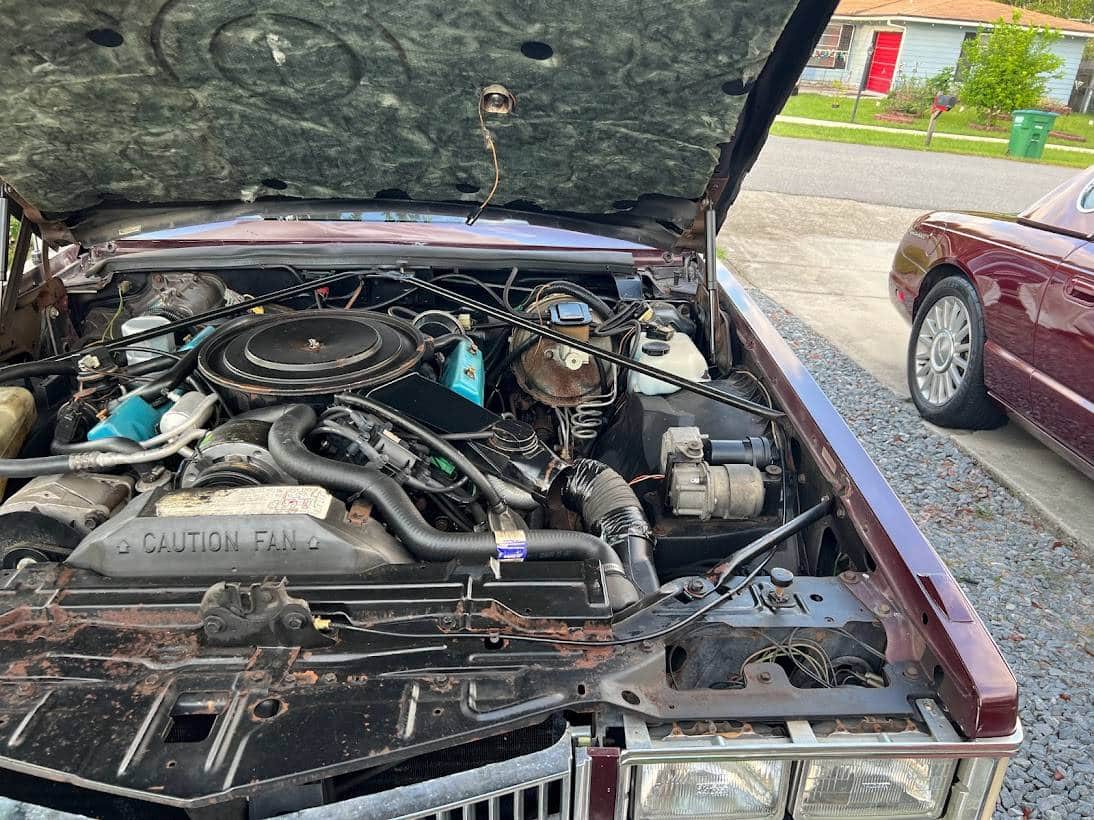 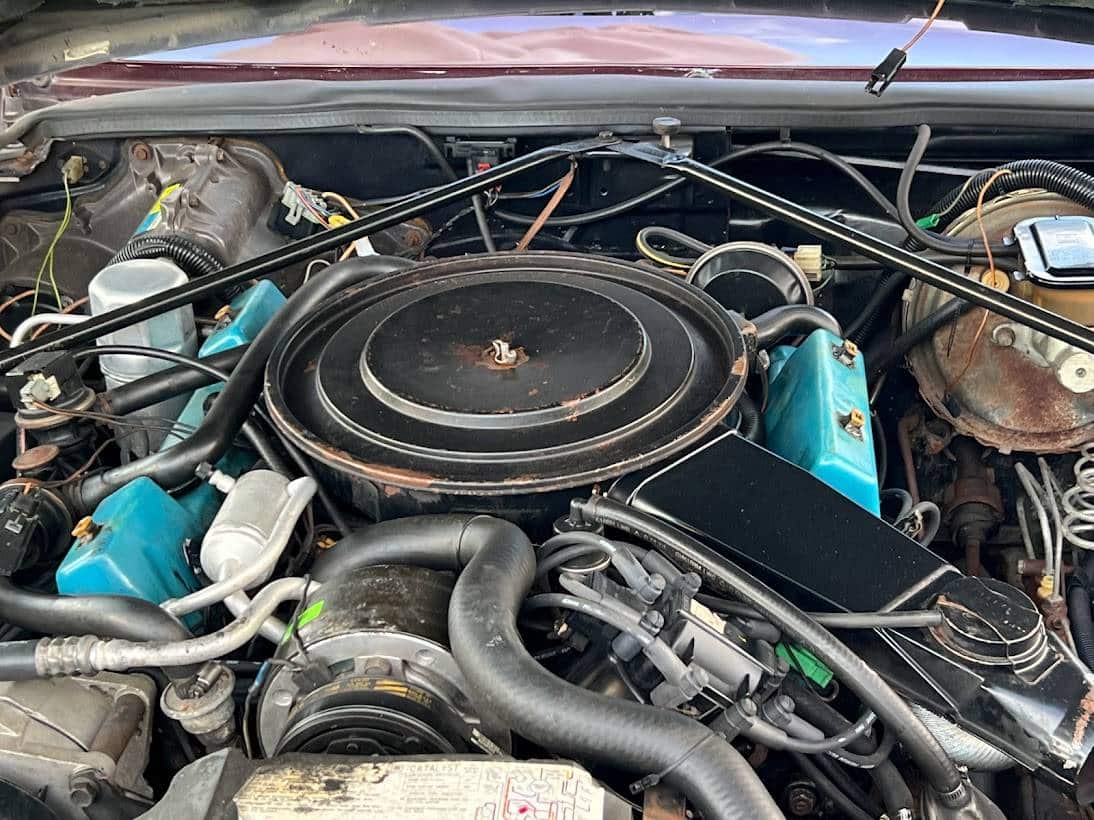 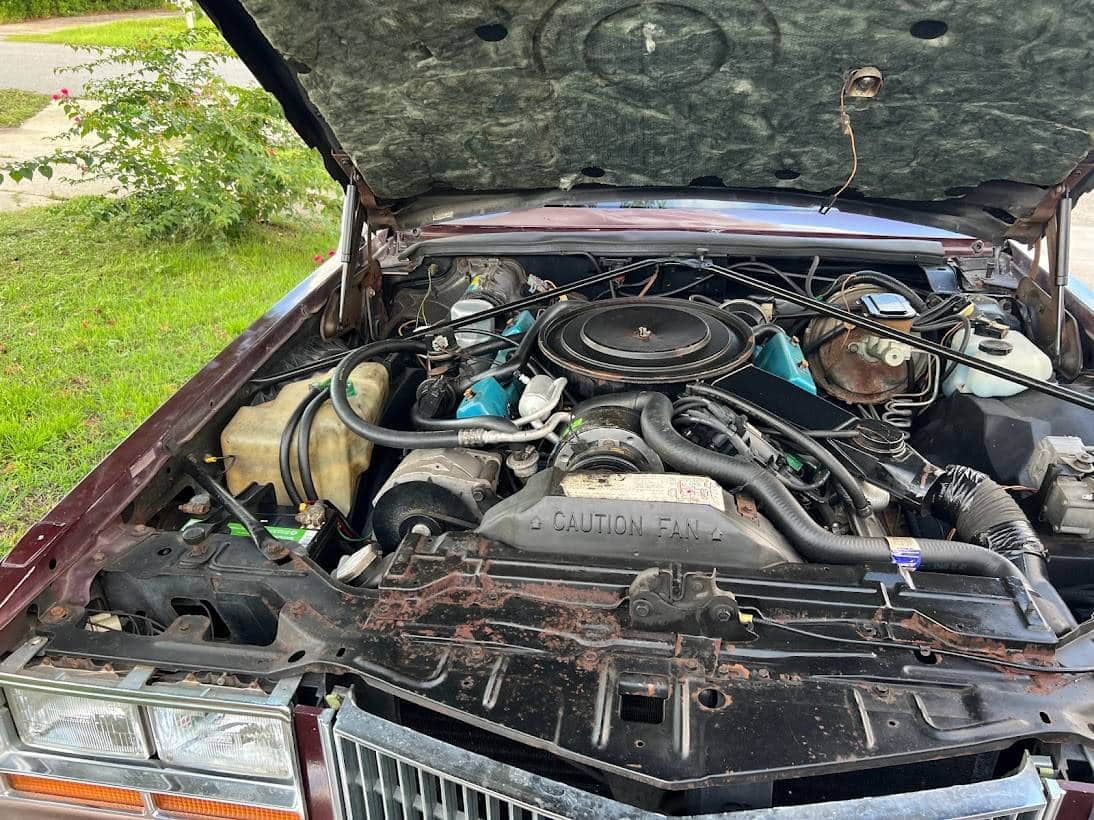 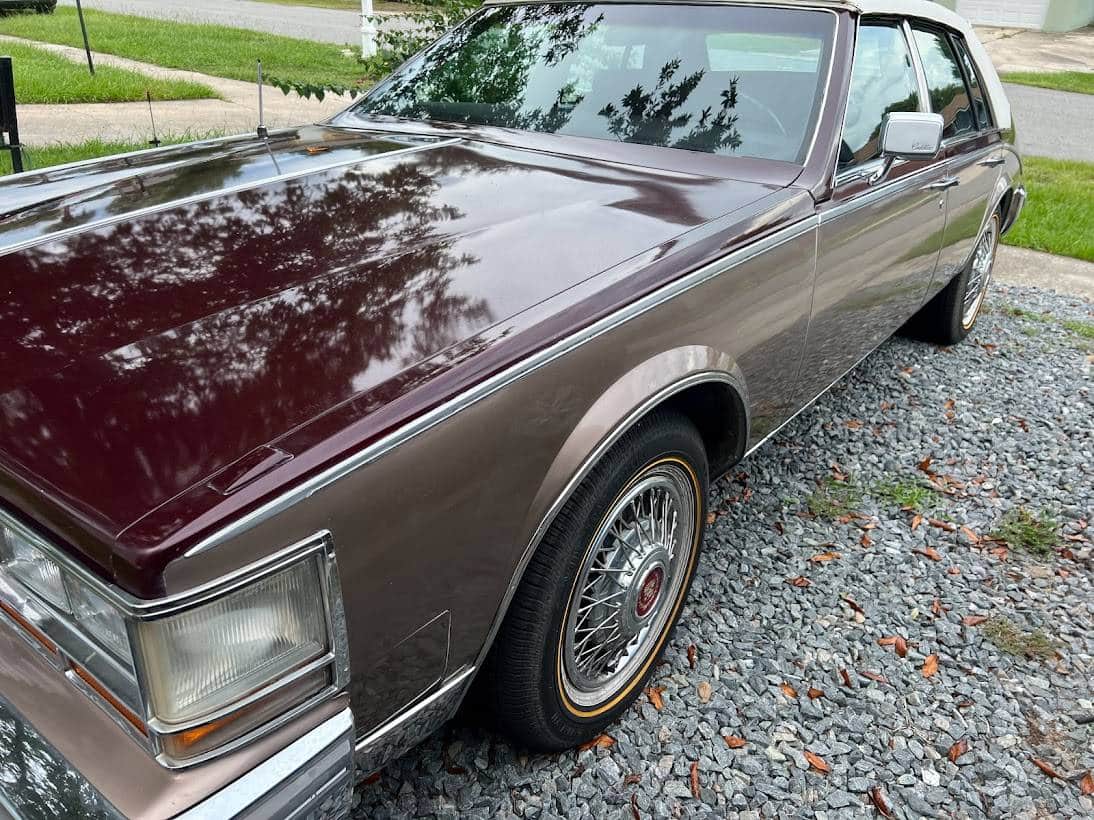 November 14, 2022 Update – Not only did the seller replace their initial listing before it expired, they decided to increase their asking price from$5,950 to $7,950.  We’re keeping an eye on this one to see where it goes.

If you decide to dip your toes into the pool of early 1980s Cadillacs, most enthusiasts will tell you to steer away from models equipped with either the diesel V8, V8-6-4 topped gas engines, or the HT4100. The cars to look for are Eldorados and Sevilles equipped with the final iteration of Cadillac’s 368 cubic inch L62 V8, a powerplant generally known to be very reliable.

This driver-quality 1981 Cadillac Seville, currently listed here on Craigslist in Deltona, Florida (Orlando), features this desirable engine along with several luxury options from the period that include a carriage roof (faux convertible) top and two-tone paint.

Currently offered for $7,950 (the original ask was $5,950), Classic.com, the analytics and search engine for the collector car market, confirms the ask is below the five-year rolling average of this guide’s summary for second-generation 1981 Cadillac Sevilles.  By clicking on the green dots in the graph below, you can navigate to each comparable car sold as a way to help you evaluate the price of the Seville featured here:

As a second data point, the  Collector Car Market Review Online Tool reveals the seller’s ask falls between this guide’s #2 Very Good” estimate of $7,600 and its #1 “Excellent” appraisal of $12,300.

While the first-generation Cadillac Seville produced between 1976 and 1979 proved quite successful, it failed in its primary mission of winning over younger import buyers. Marketing research indicated that the car was most popular with older women who wanted a Cadillac in a smaller, more maneuverable size.  For the 1980 model year, the Seville’s Chevy Nova derive K-body platform became front-wheel drive, based on the E-body Eldorado, Buick Riviera, and Oldsmobile Toronado. Length and wheelbase were similar, with the car losing a quart-of-an-inch in wheelbase while gaining nearly one inch overall. The new model featured an independent rear suspension and was the first American car to have a standard diesel engine, carried over from the previous generation. Cadillac’s new 368 cu in (6.0 L) L62 V8 with Digital Fuel Injection was a no-cost option except in California, where the fuel-injected Oldsmobile 350 remained available as a no-cost option.

The razor-edged bustle-back rear styling drew inspiration from English coachbuilder Hooper & Co.’s “Empress Line” designs from the early 1950s, which were considered a dramatic, modern take on the mid-’30s style of trunk/body integration. In addition, long hood/short deck proportions were inspired by luxury cars of the 1960s. The Seville’s “statement” styling was one of the last vehicles designed by Bill Mitchell, appointed by Harley Earl in 1936 as the Cadillac’s first chief designer.  It was swiftly imitated by the 1982–87 Lincoln Continental sedan and the 1981–83 Imperial coupe. Sales were strong at first, but disastrous flirtation with diesel engines and the ill-fated V-8-6-4 variable displacement gasoline engine, coupled with poor quality control eroded Seville’s standing in the marketplace.

Seville introduced features that would become traditional in later years. In 1981, memory seats appeared—a feature not seen on a Cadillac since the Eldorado Broughams of the late 1950s. This option allowed two stored positions to be recalled at the touch of a button. Also new for 1981 was a digital instrument cluster. The “Cadillac Trip Computer” was a precursor to this option in 1978. Available until 1985, it was considerably less expensive than the trip computer and featured just a digital speedometer and fuel gauge.

While this MotorWeek RetroReview YouTube Channel features a HT4100-powered 1982 Cadillac Seville, it gives you sense for how much was lost with the newer, lower-power high-tech Cadillac engine:

This 1981 Cadillac Seville appears to be a nicely maintained driver-quality example featuring the more desirable 368 cubic inch Cadillac V8. If you’re looking for a very comfortable and affordable entry into classic car ownership, this 1981 Bustle Back Seville might be the ride for you.

If you are serious about buying this Seville, you can start the conversation by calling Bubba at (386) 873-8562.  When you connect, please remember to mention you saw their Cadillac featured here on GuysWithRides.com. Good luck with the purchase!

Show or go: What would you do with this driver-quality 1981 Cadillac Seville for sale?  Please comment below and let us know!