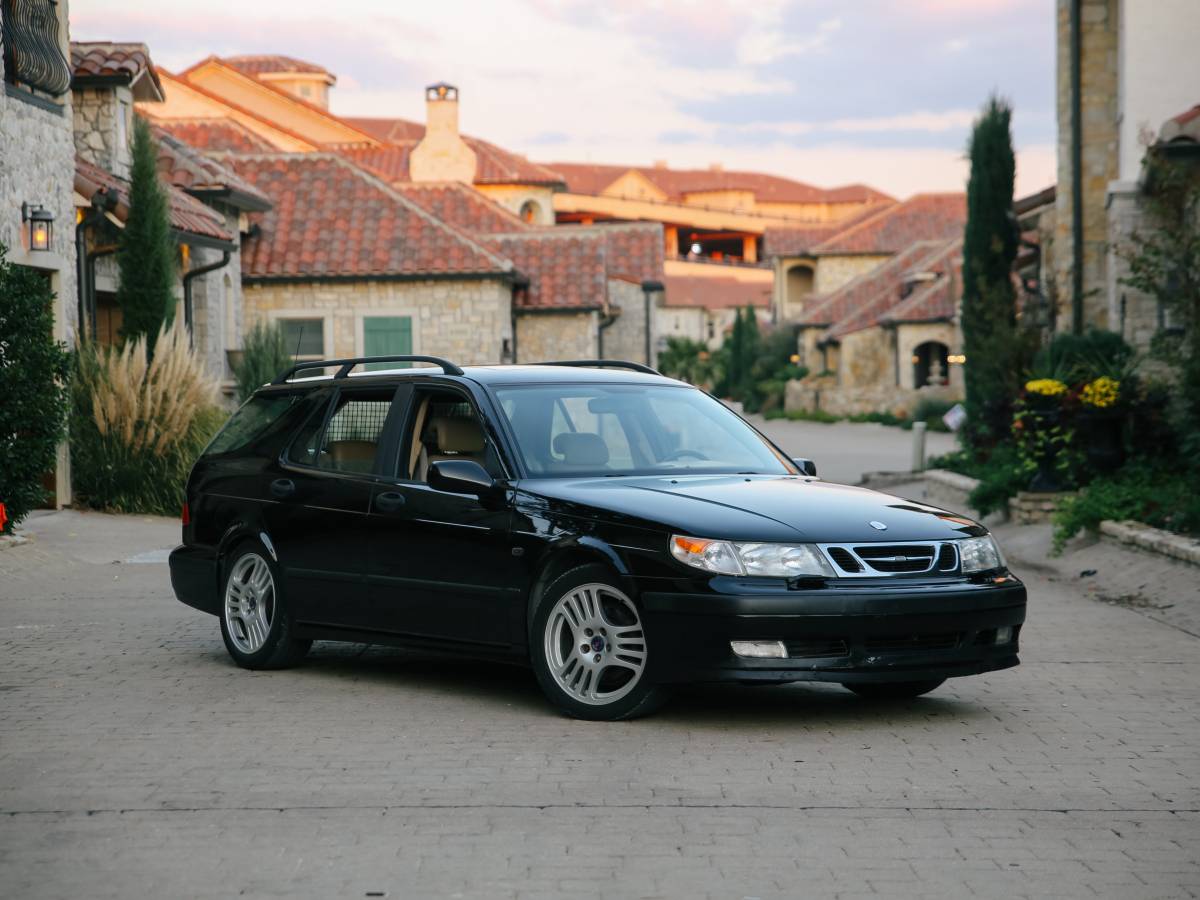 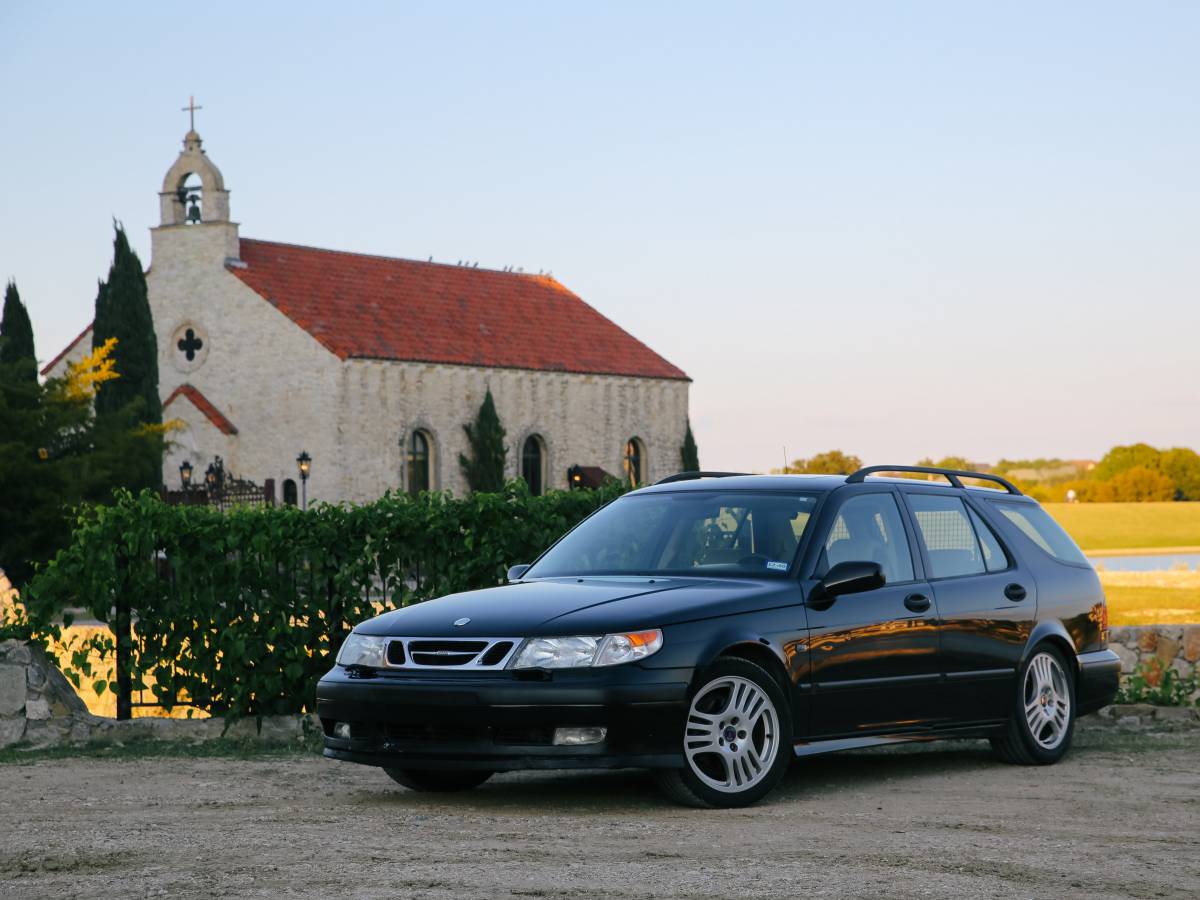 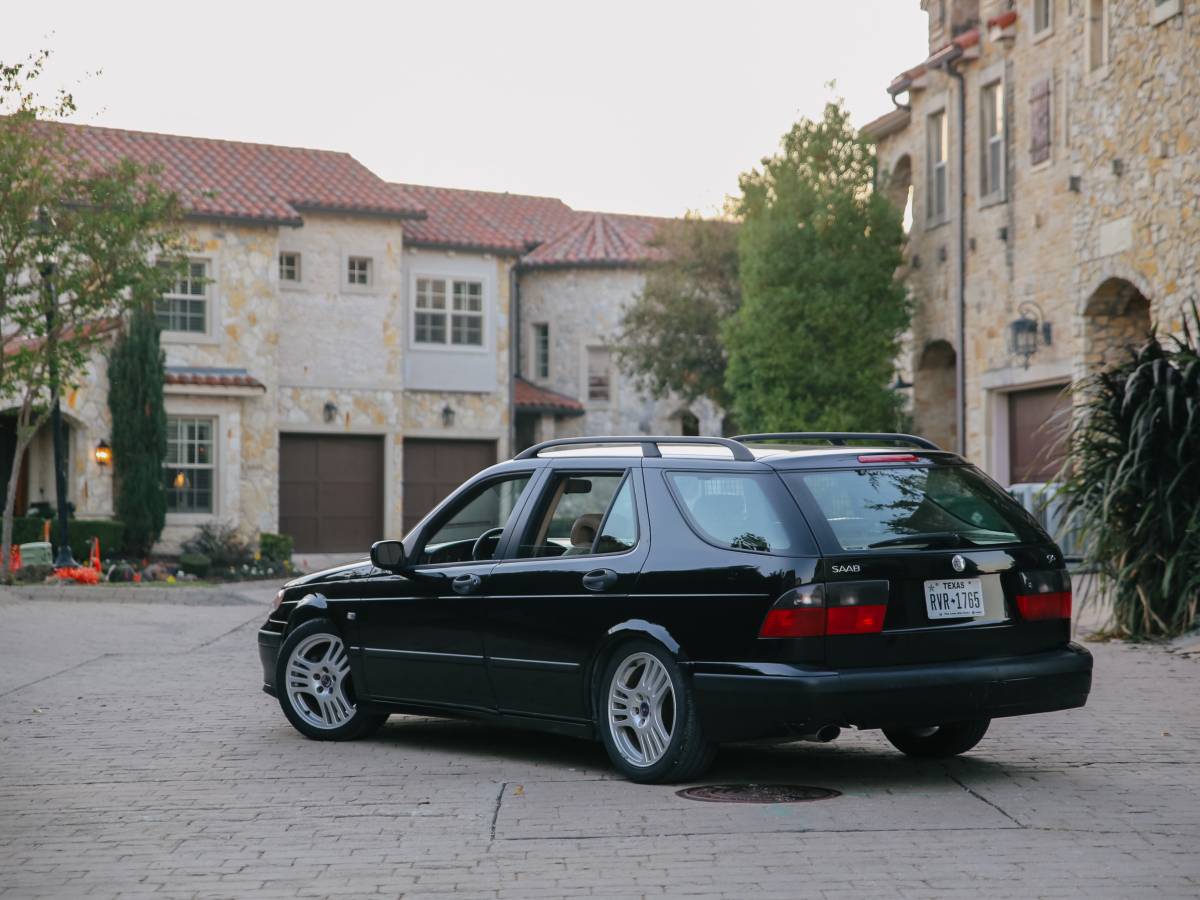 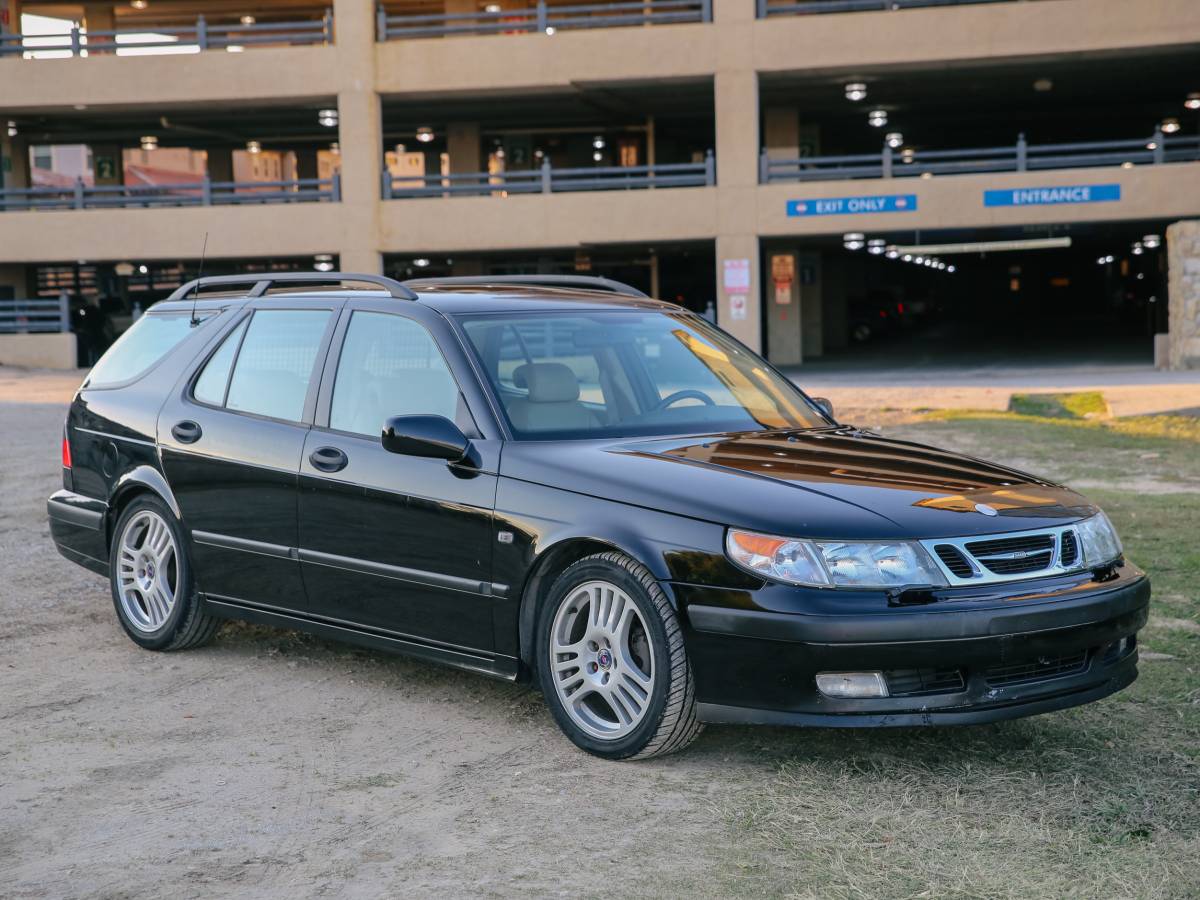 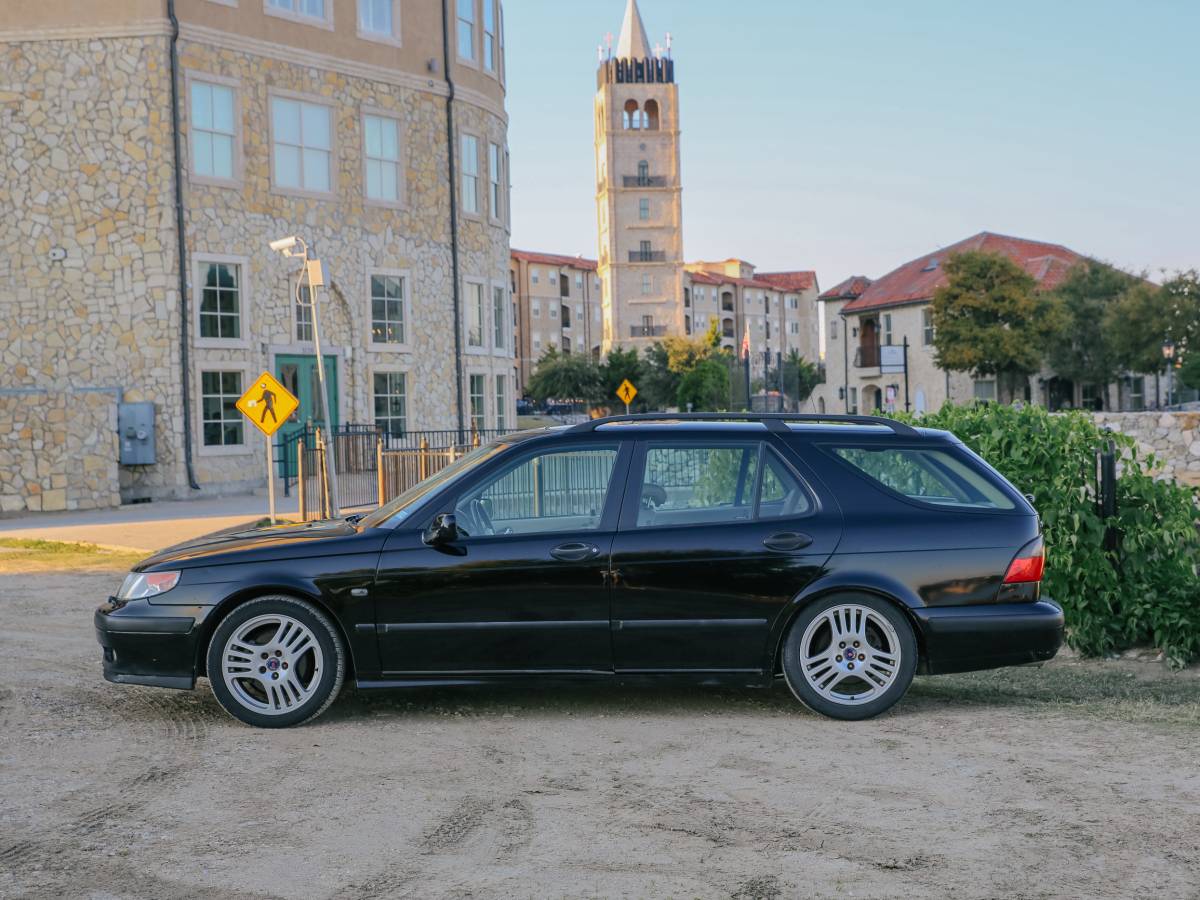 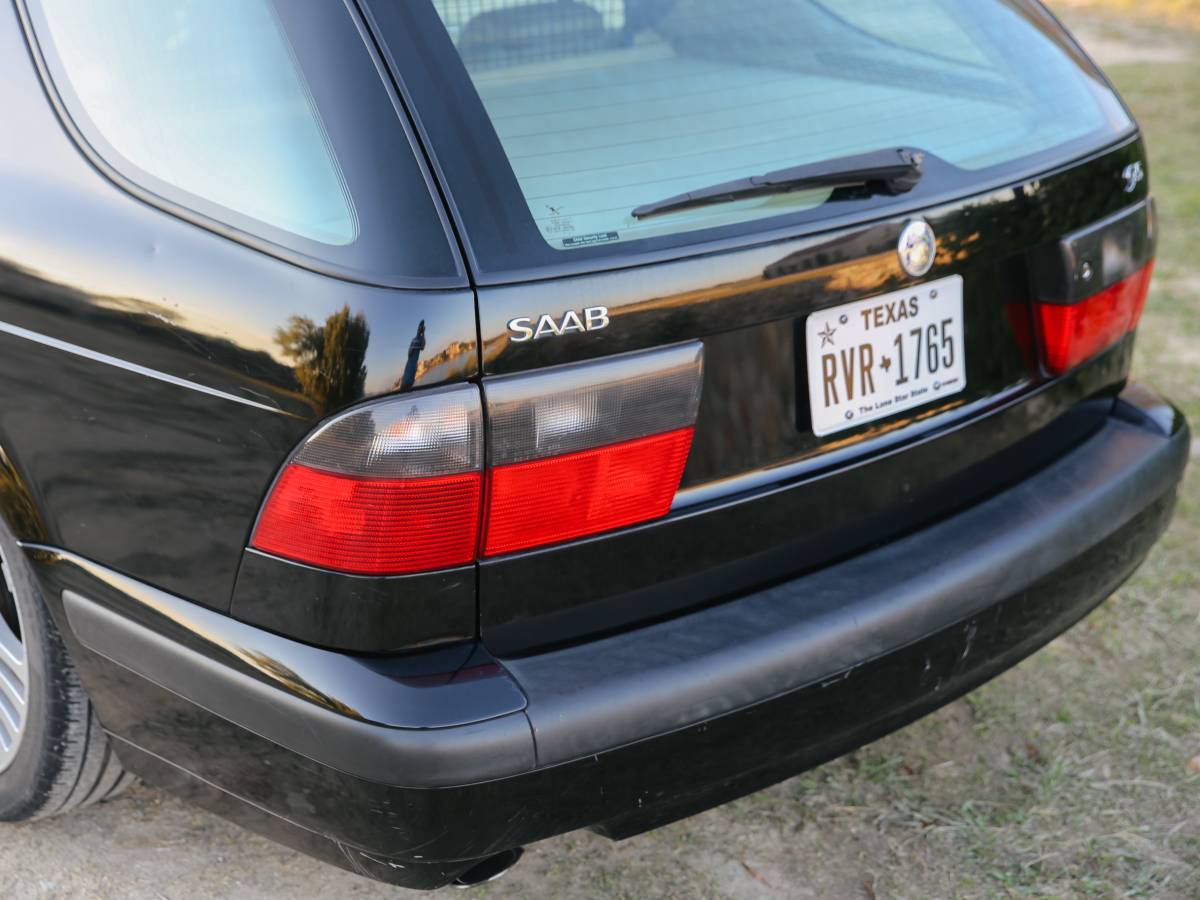 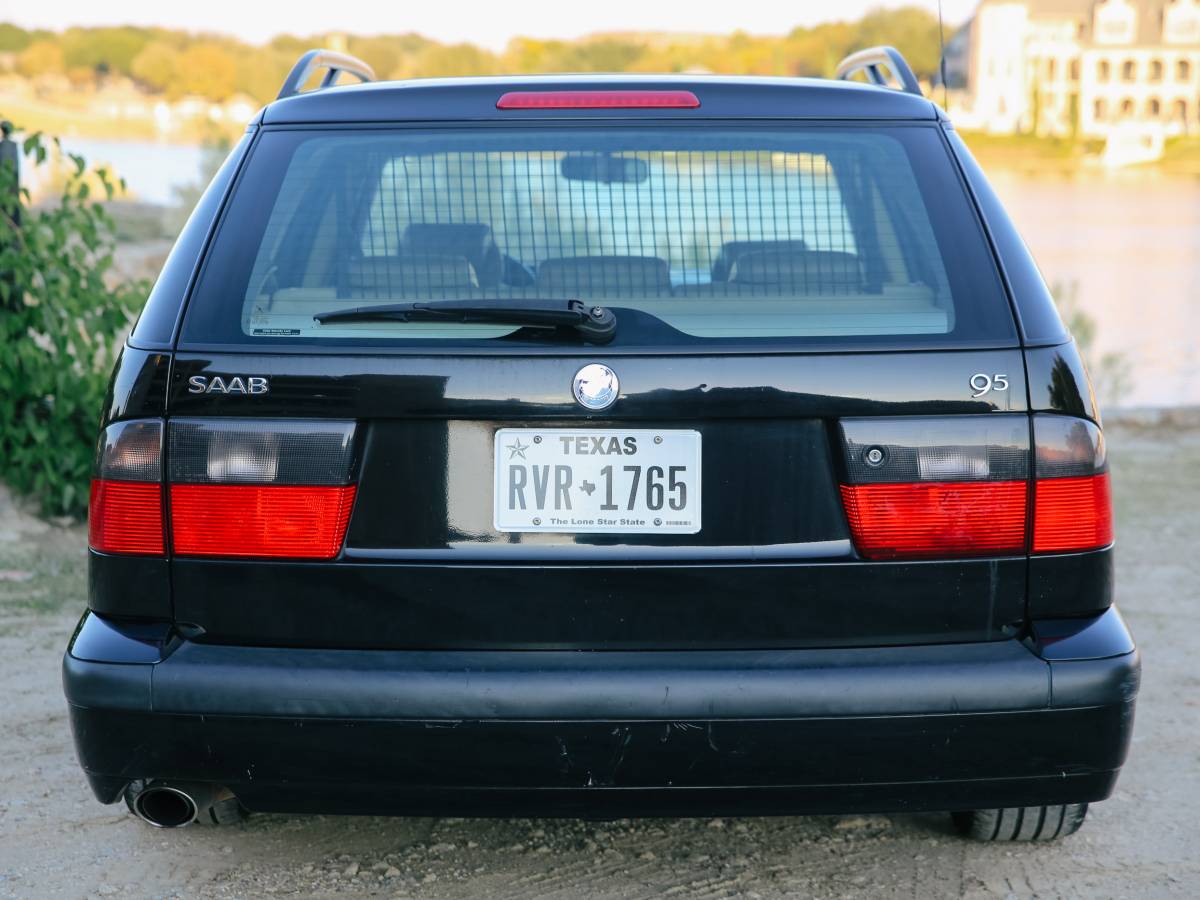 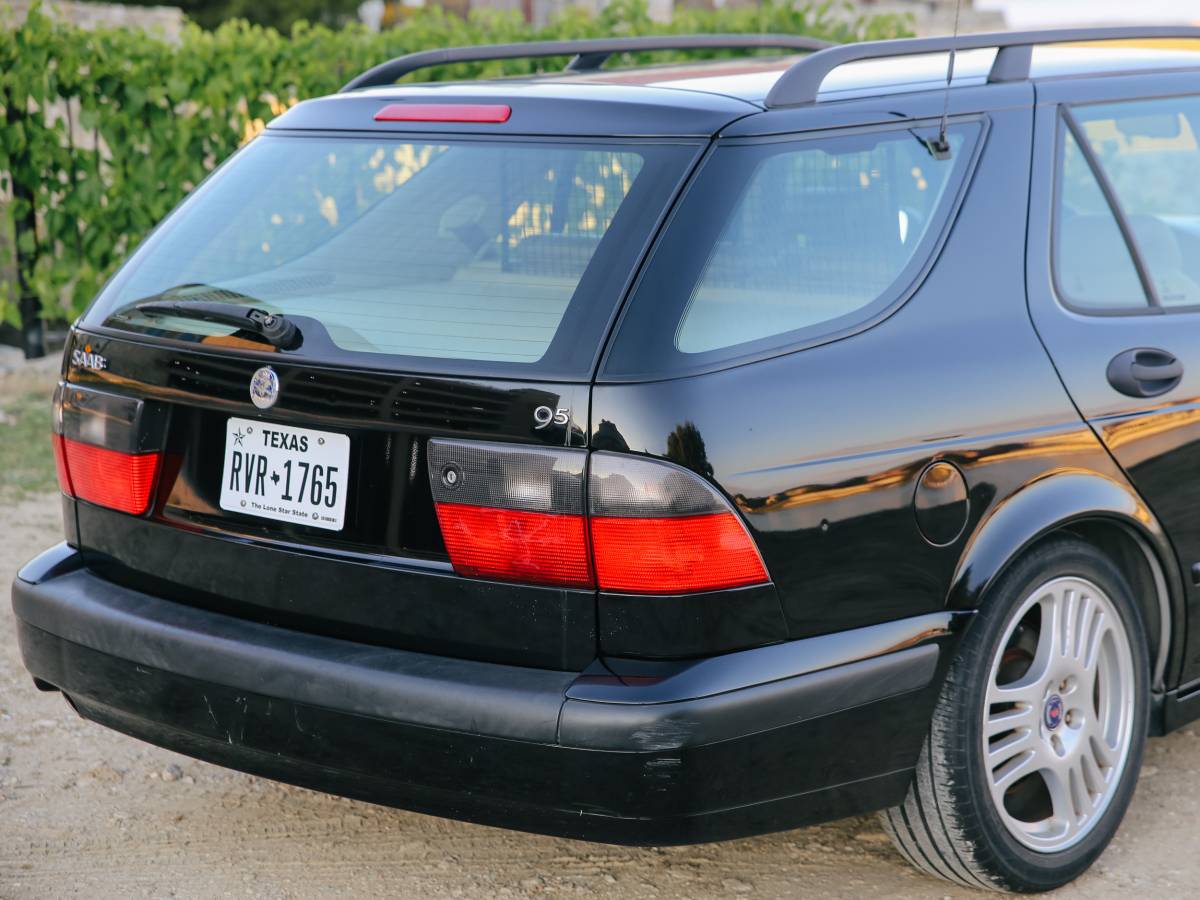 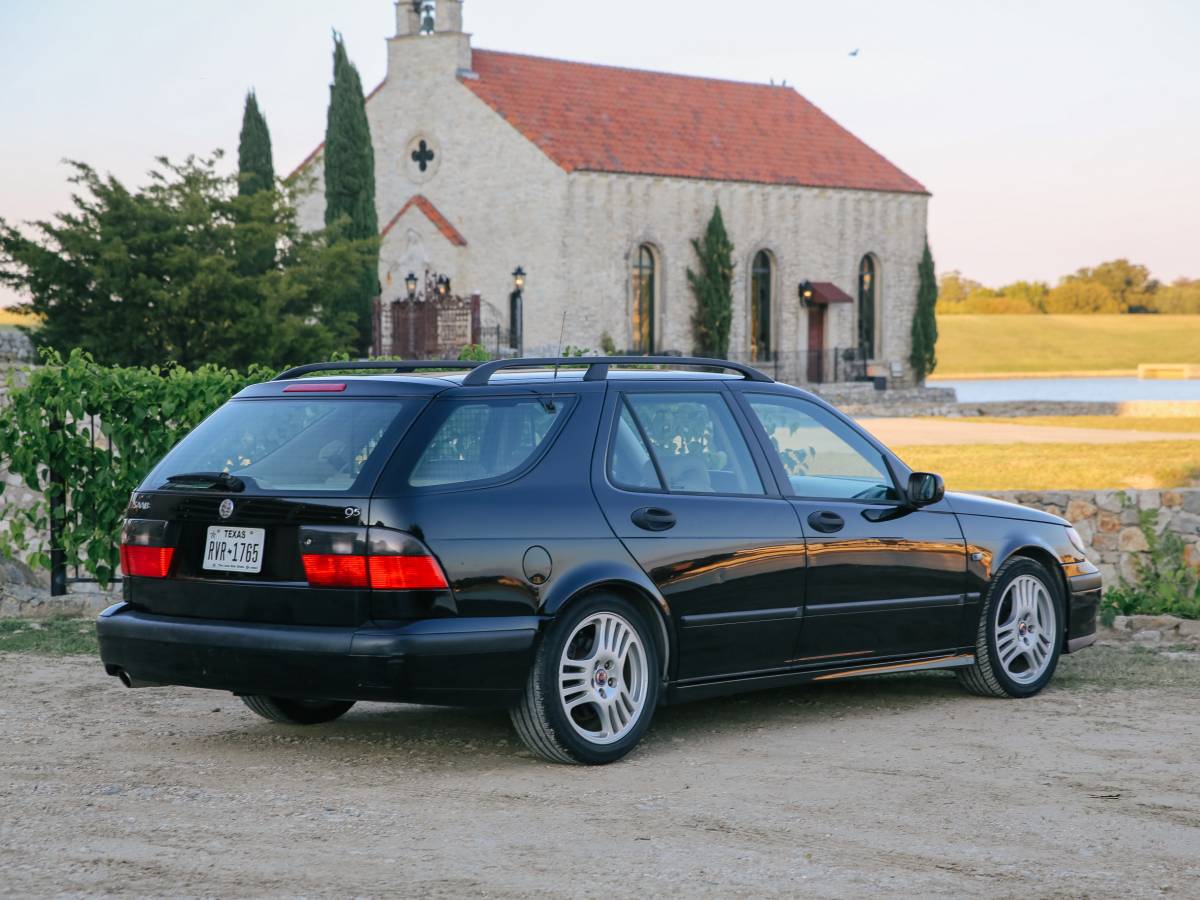 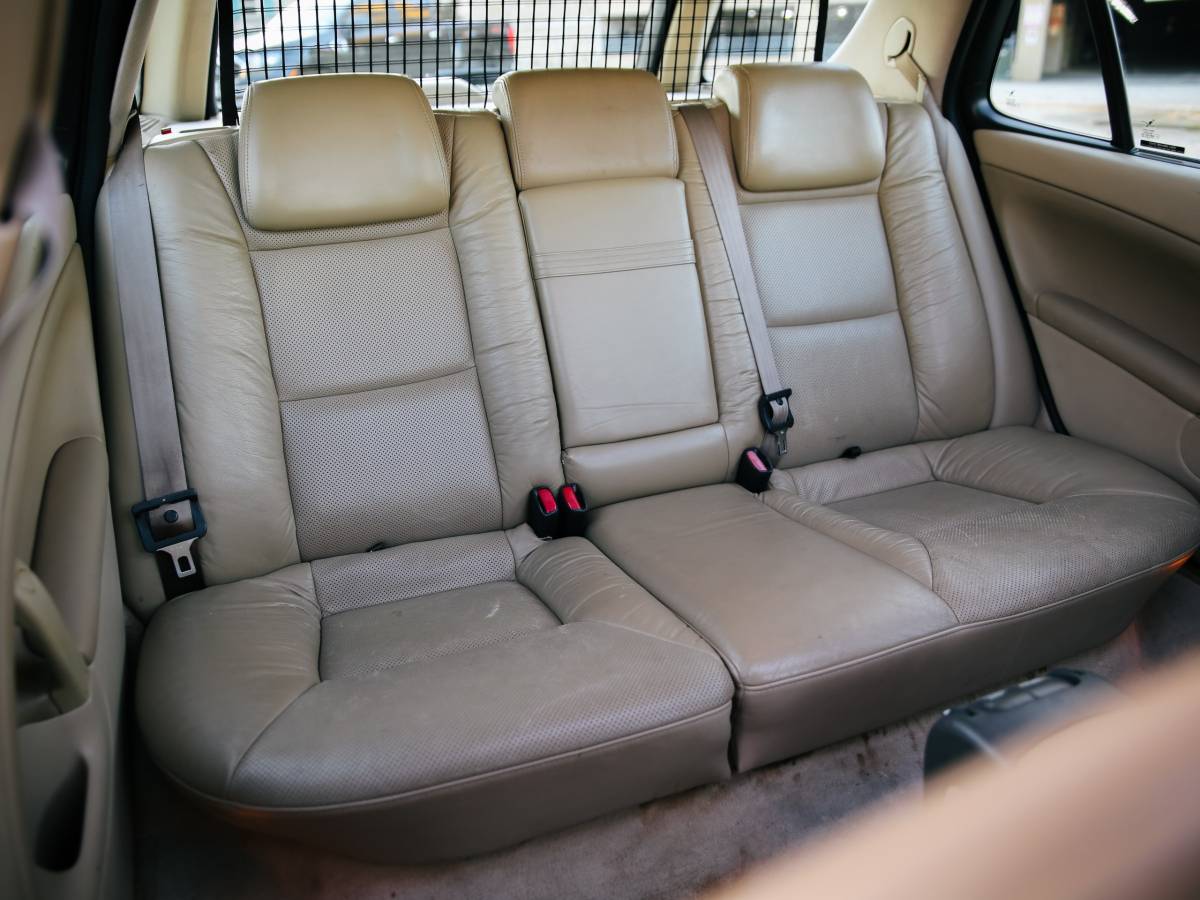 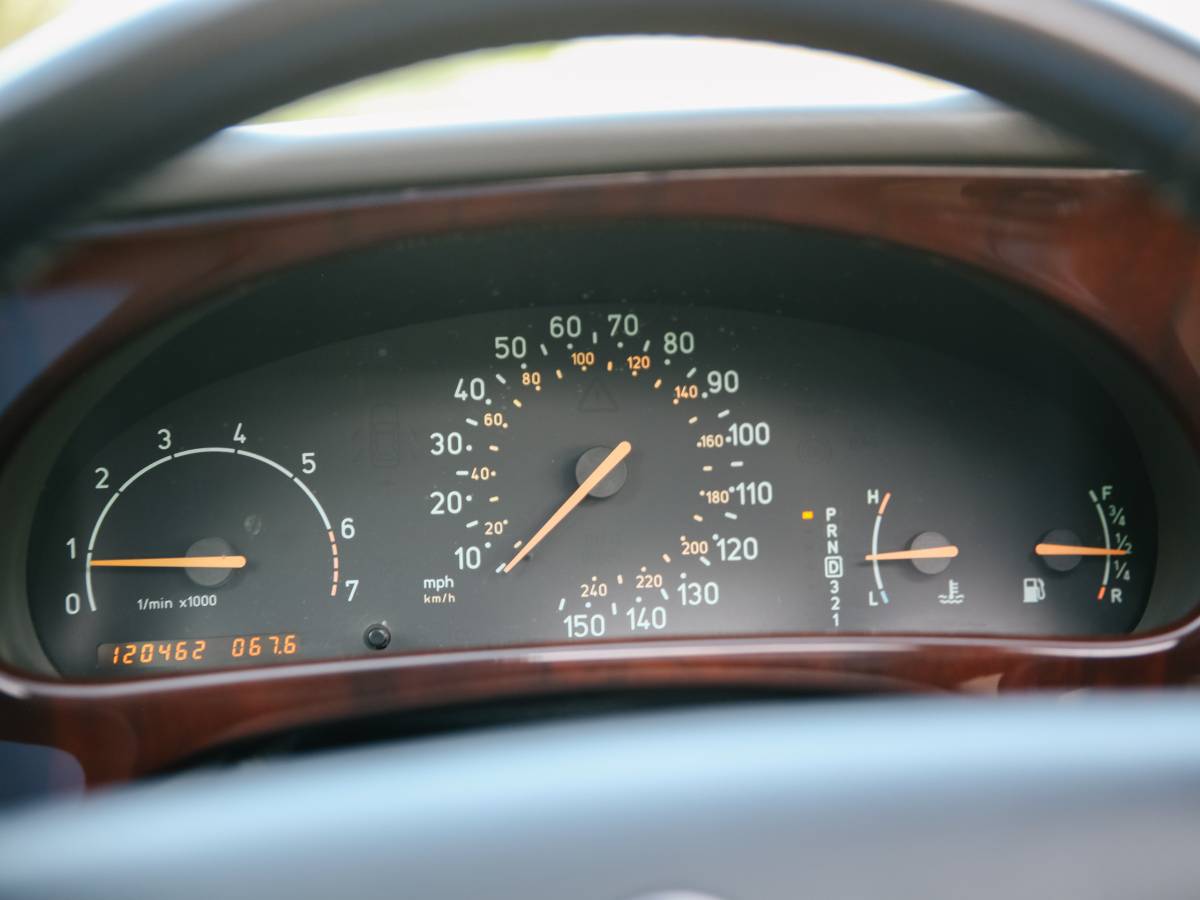 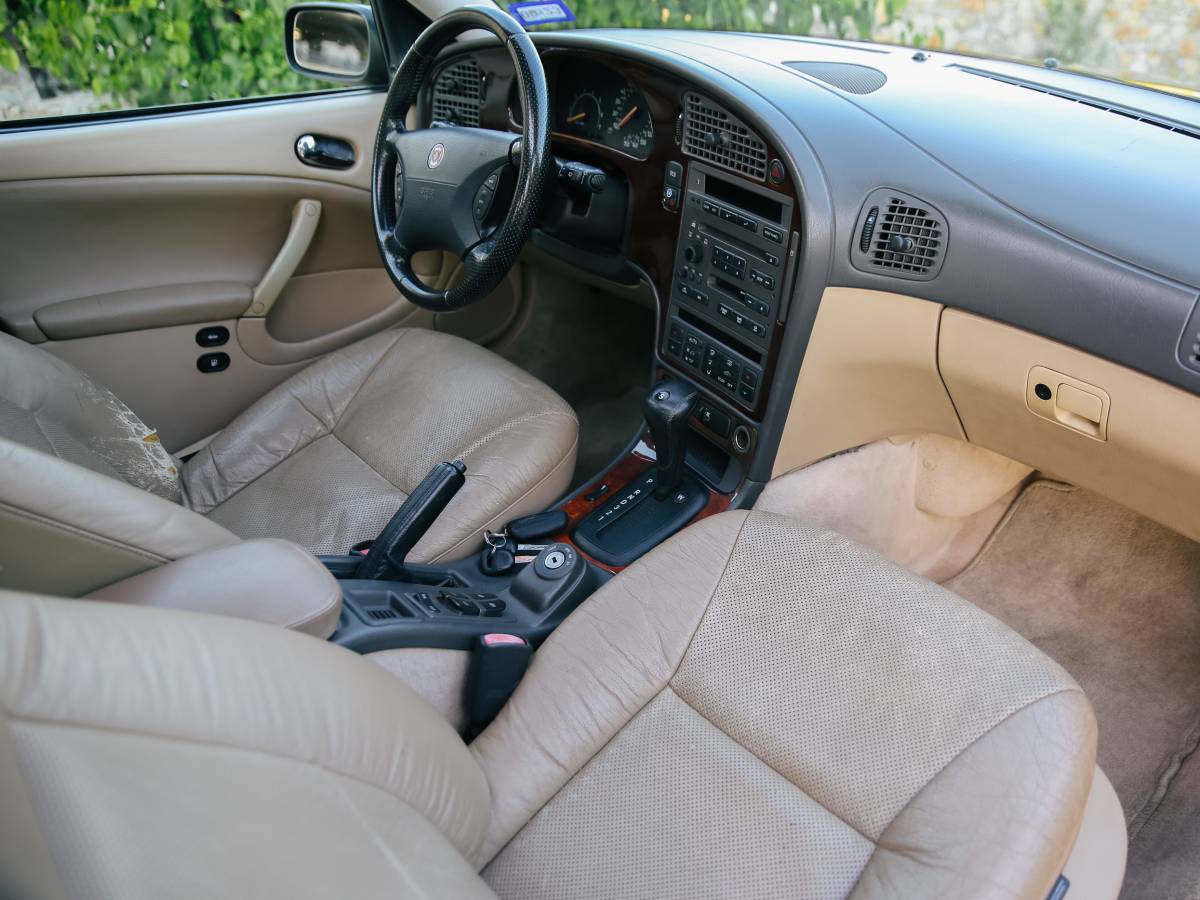 Some brands do wagons better. It’s hard to fault any car company that still produces a wagon model, given how few are left, but that doesn’t mean we can’t point out the marques that stand apart from the rest. Although Saab as a company no longer produces consumer automobiles, its entire catalog of vehicles is still sought after by enthusiasts today, especially when we’re talking about a turbocharged wagon. This 2000 Saab 9-5 wagon is a classic example of one of the most-loved European brands. Despite its absence in the marketplace, every gearhead from high schoolers to parents alike can appreciate the virtues of a Saab long-roof. We found this 9-5 in November 2022 on Craigslist in Texas near Dallas for $4,500. Comparing that price against the Classic.com model guide shows that the seller is asking for well below the current going rate for a decent 9-5, pegged at $11,600 for an average sale price.

Saabs are often described as “quirky” owing to the fact that it was always a small-volume manufacturer that relied on front-wheel-drive, turbocharged models to get foot traffic in the showrooms (and, of course, let’s not forget the ignition in the center console – can’t not mention that in an article about a Saab.) Really, Saab was less quirky and more competent, producing cars that were entertaining to drive while also being quite safe. The company prided itself on building wagons with high-octane engine offerings, so having to move kids and their gear was never the penalty as it could be with other car companies. Throw in the fact that Saabs were designed also to appeal to mature audiences that were attracted to the company’s track record on safety and it’s of little surprise that the brand’s legacy has endured, with models like the 9-5 quickly snatched up as daily drivers and not just hobby cars.

The MotorWeek Retro Review YouTube Channel features this test drive of the 2000 BMW Z3 to see improvements had been made over the launch model:

If you haven’t been paying attention to the auction circuit, vintage Saabs have been very hot as of late. The classic 900 market in particular, has taken off to the point that the buy-in for a decent turbocharged model is approaching $20,000. The later cars are still quite affordable, owing to the stigma of the GM-owned era, where build quality dropped off, and parts got cheaper. This 9-5 wagon is definitely a few years away from competing with its older sibling, the 900, but for how much longer? As the beater cars get junked, desirable specs like this model – wagon, black, turbo – will likely see some gains. This example would be even more desirable with the manual gearbox, which thankfully isn’t that hard to find in this era of Saab products. The seller bought this 9-5 because he knew it was the car to own, but he admits he has too many projects and insufficient time. For the asking price, it’s hard to top the style and speed of a 9-5 like this for a daily driver.

Over the past month this vehicle has received a new battery, a new neutral safety switch, some new window track rollers, as well as its regular oil change service. The interior of this car is in pretty decent condition, although there are some coffee stains in the trunk area. I was able to get those same stains out of the driver’s area without much struggle. The paint is not perfect, there are a few rock chips, small dings, with some scratches visible throughout. The front lip has also been touched up by the previous owners and has seen better days. I’ve always wanted one of these because I love the style and design of it. So when I saw it, I had to buy it. The problem though is that I have too many vehicles and this one just tends to not get driven much at all, which is why I am selling it. This wagon could use some new rear shocks as the current ones are blown and the car sags in the rear a little bit. The heat, ac, and cooled seats all work fantastic. The sunroof and windows all work without hesitation. This vehicle is pretty stout although it is a little rough around the edges cosmetically. I am looking to sell this Saab for $4,500. I am a private seller. The car has a clean and clear title in my name, with no liens or loans.“

Cheap for now: will the later Saab models catch up to the classic 900 in terms of desirability?