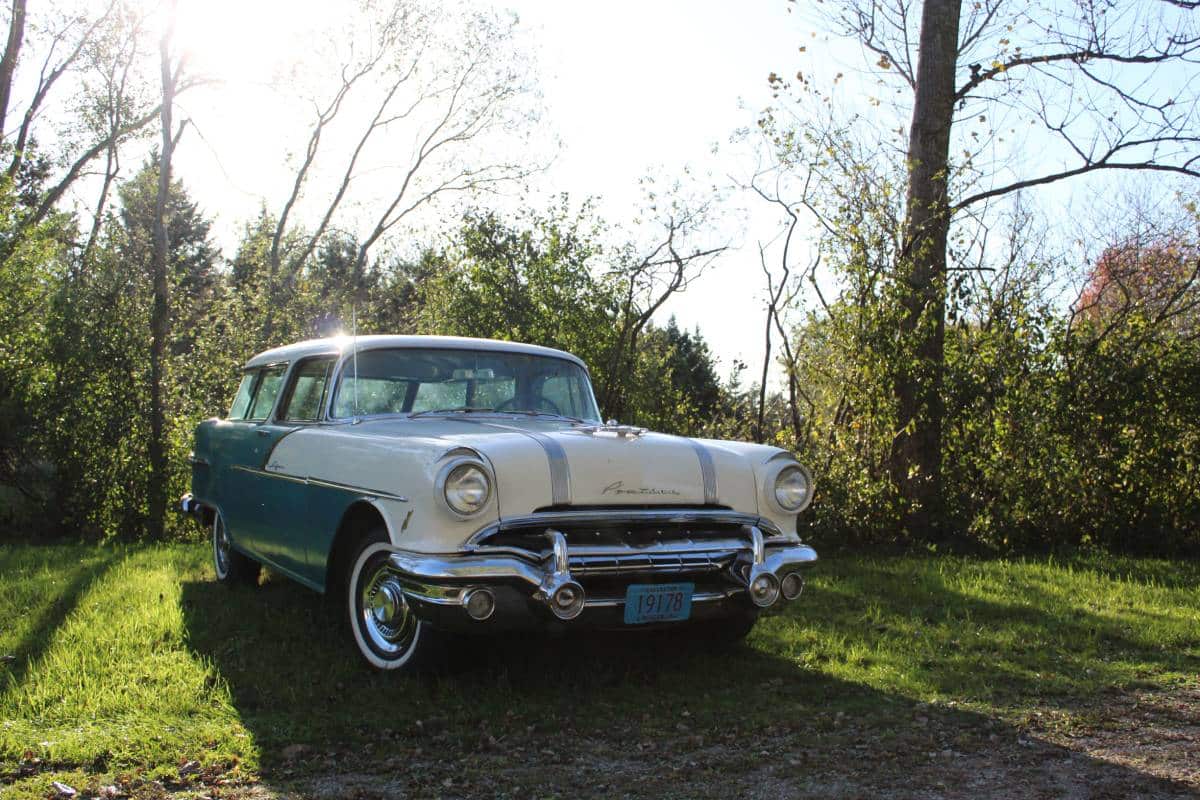 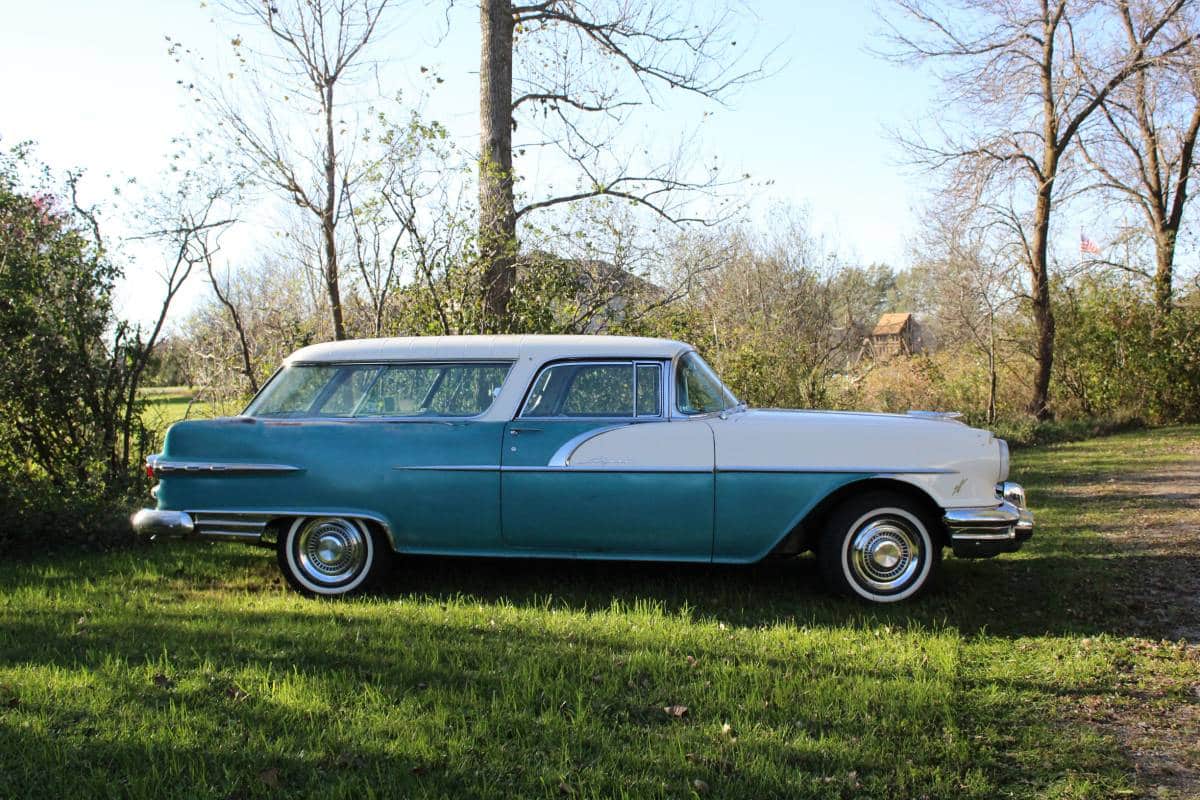 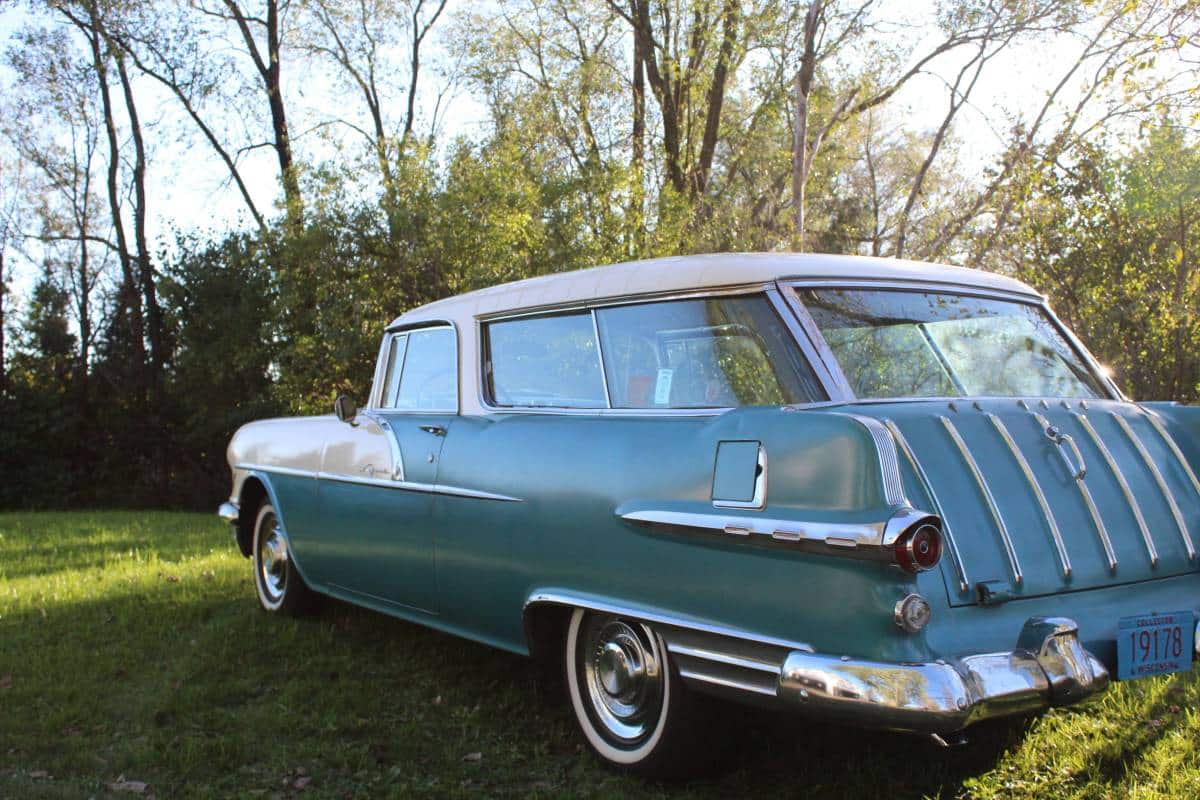 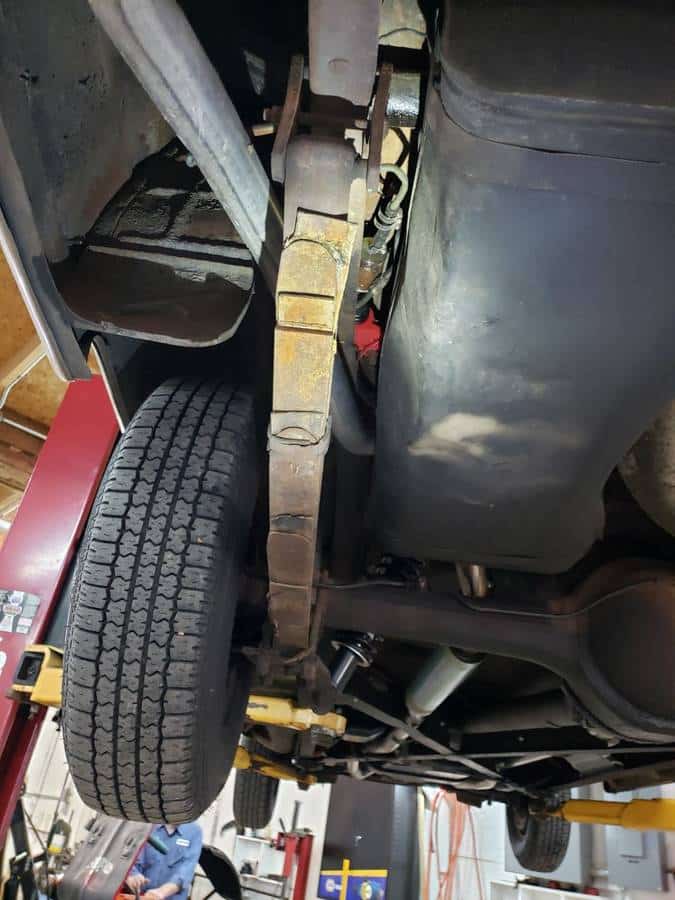 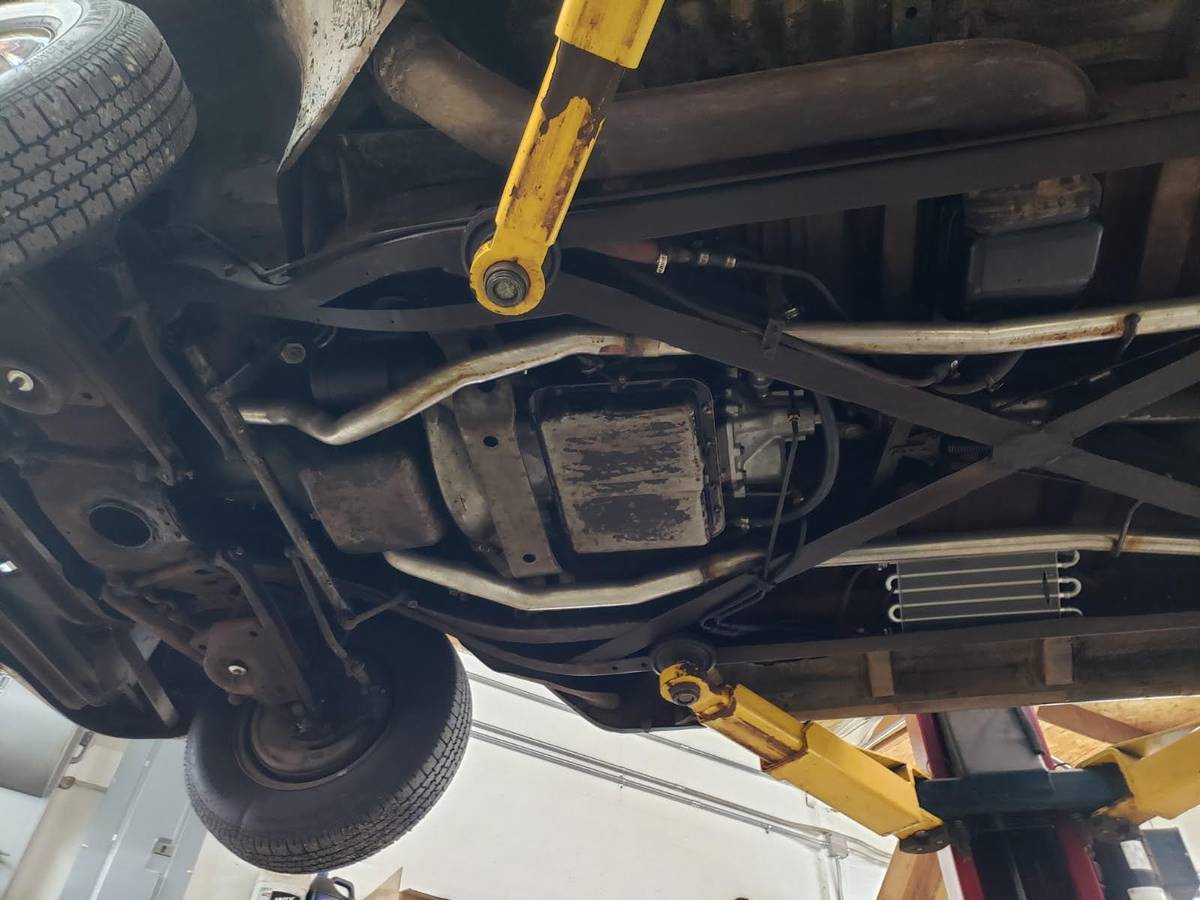 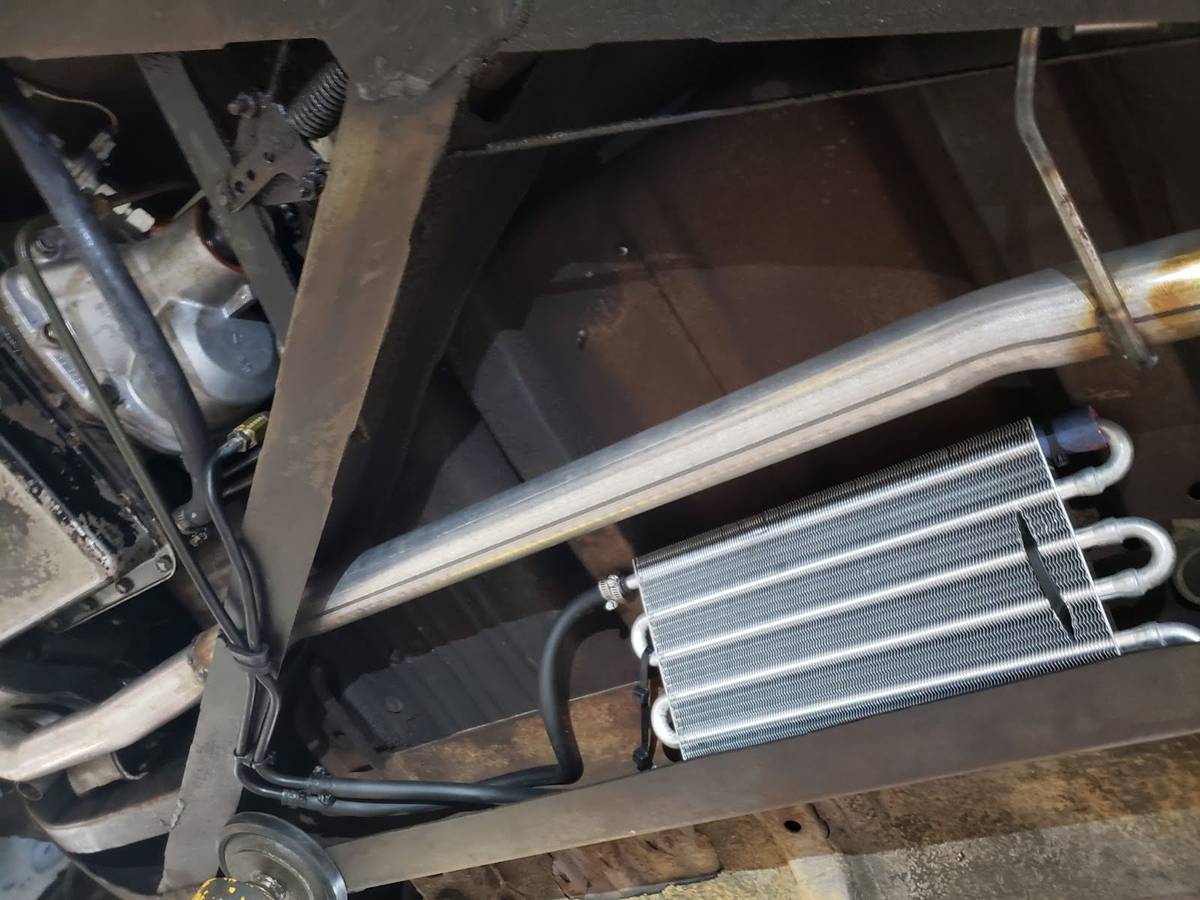 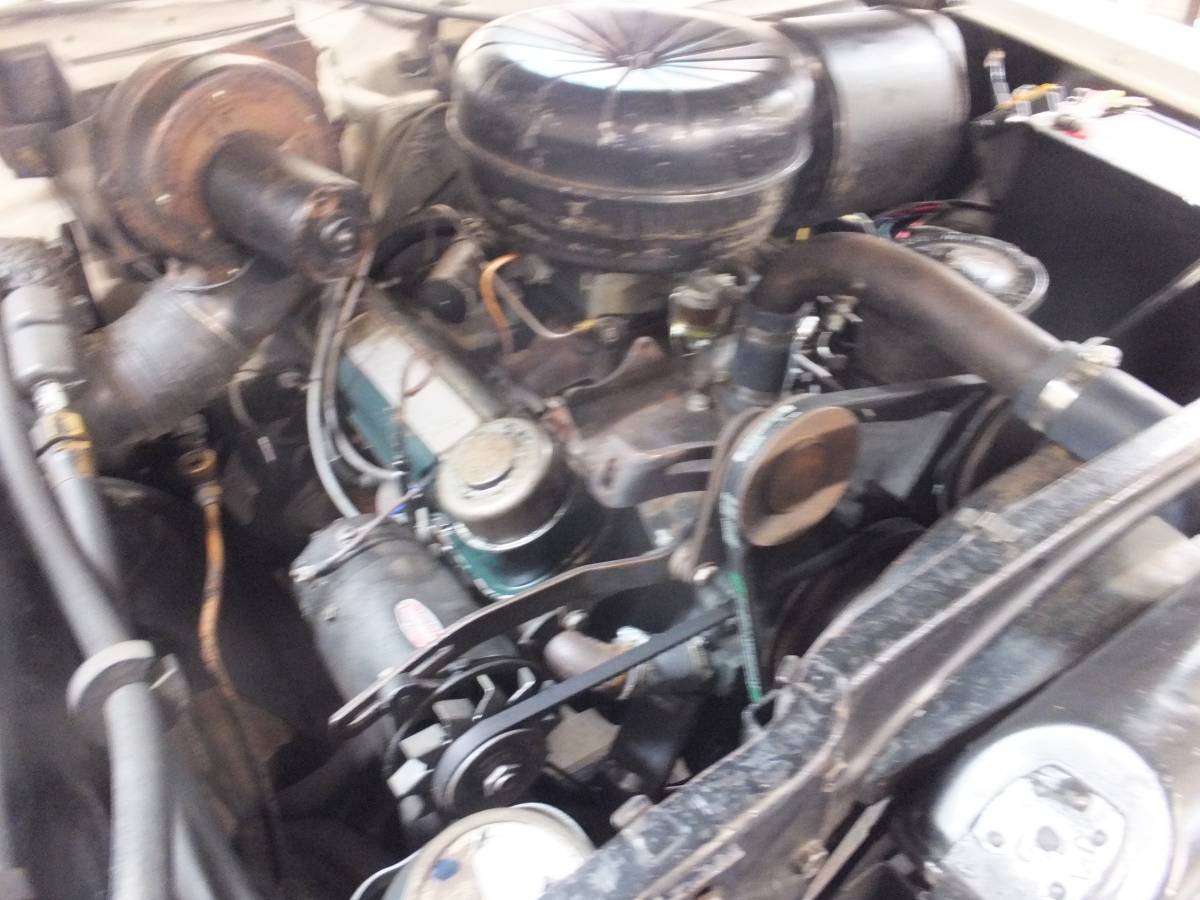 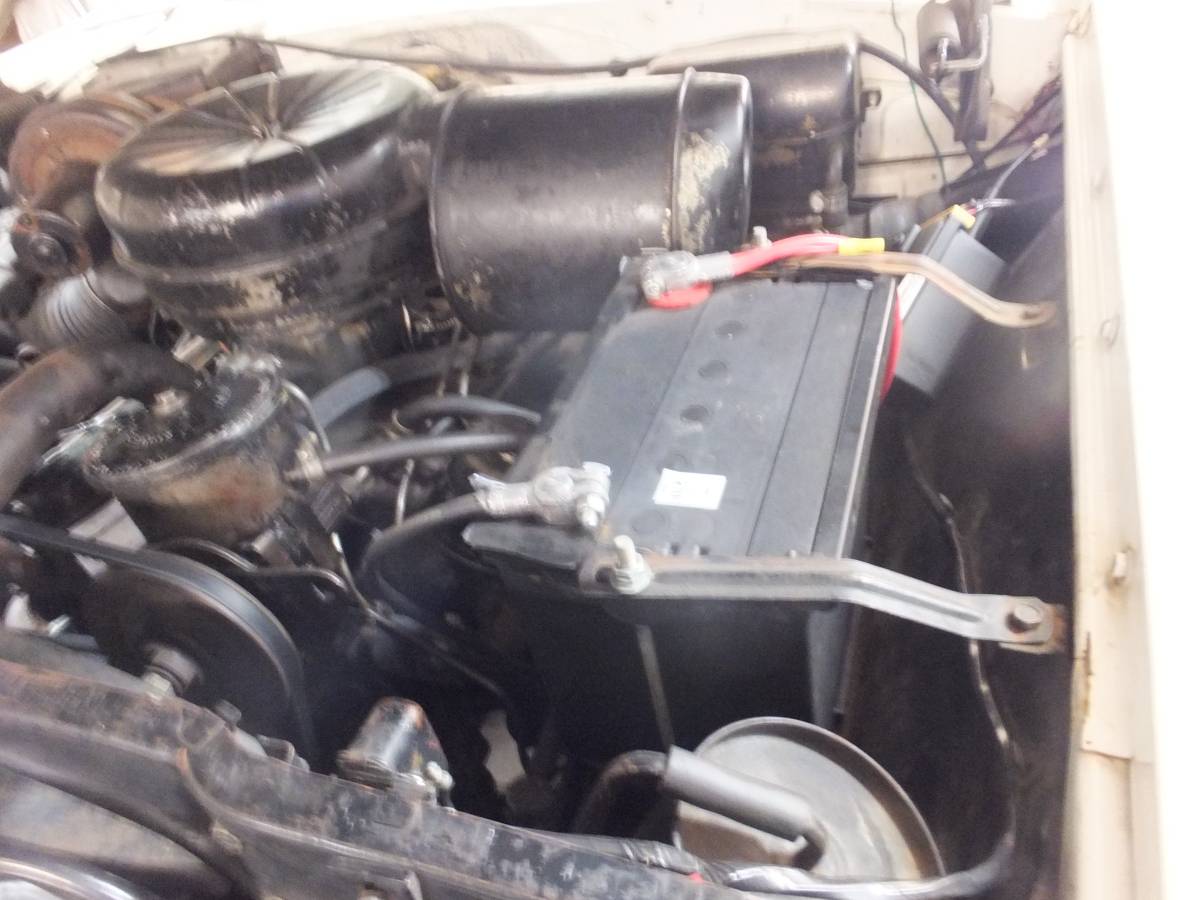 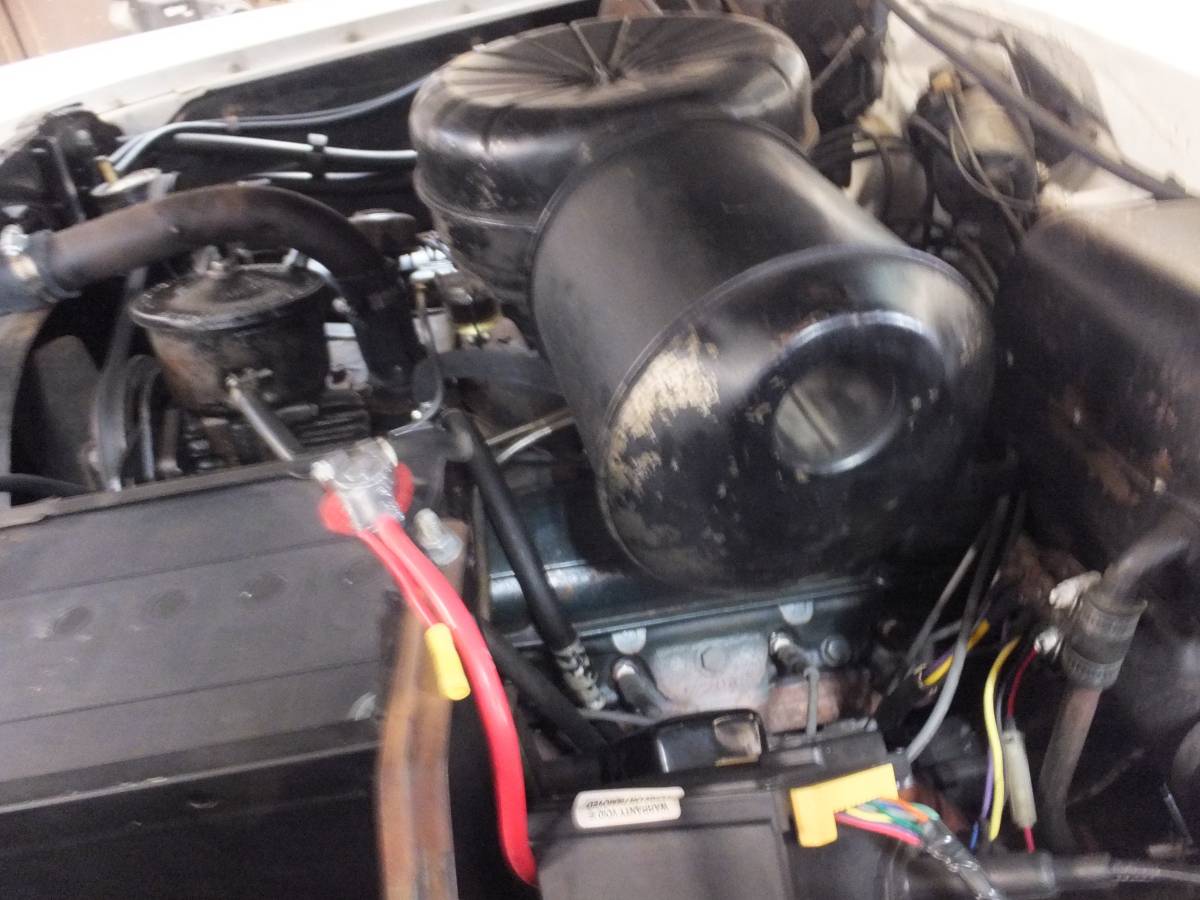 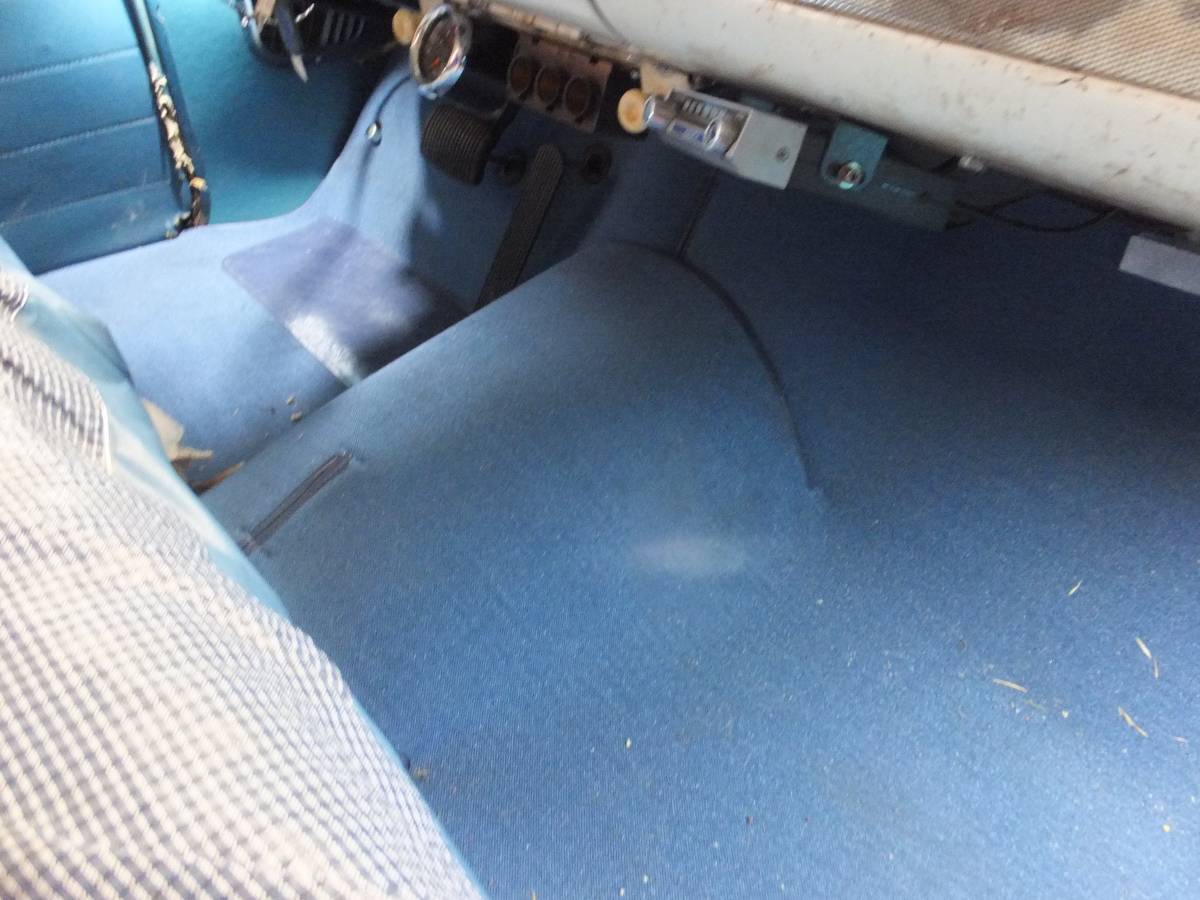 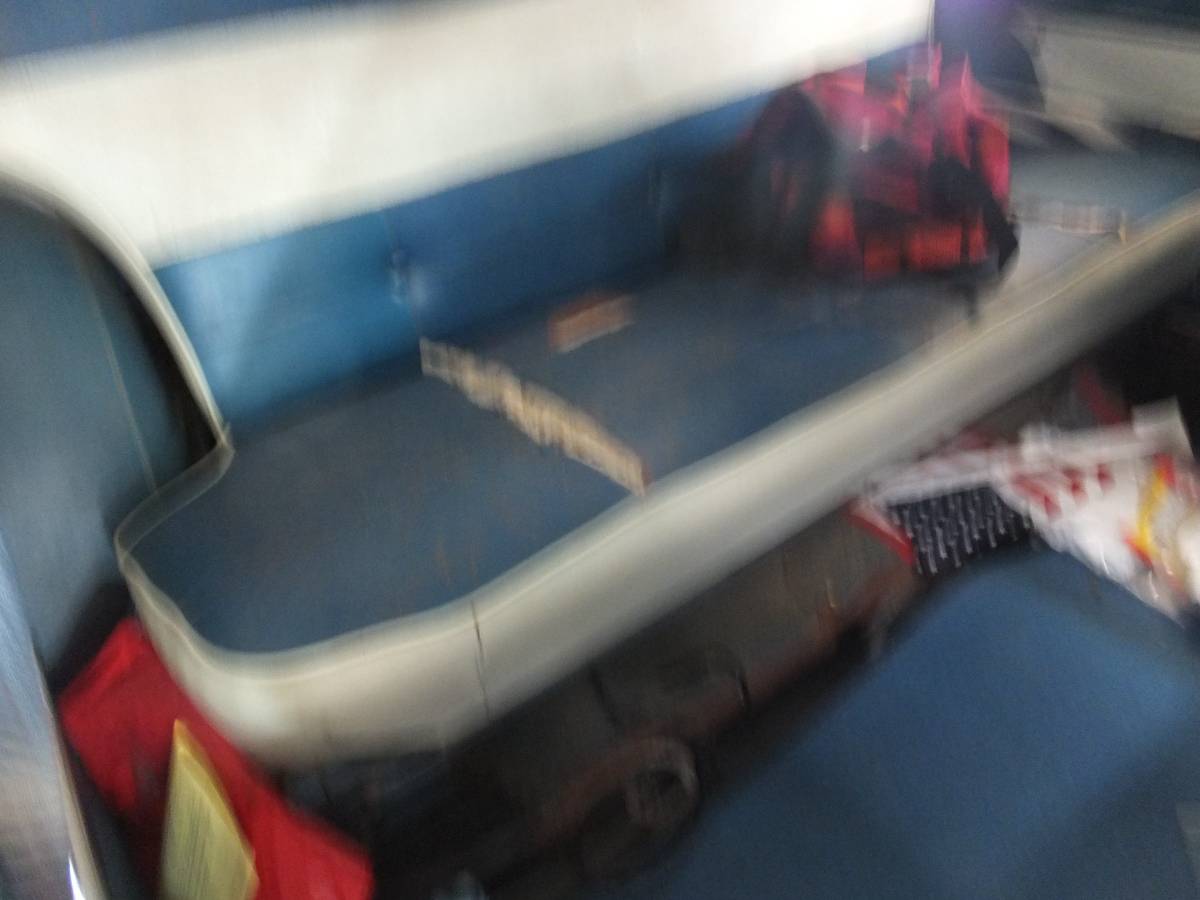 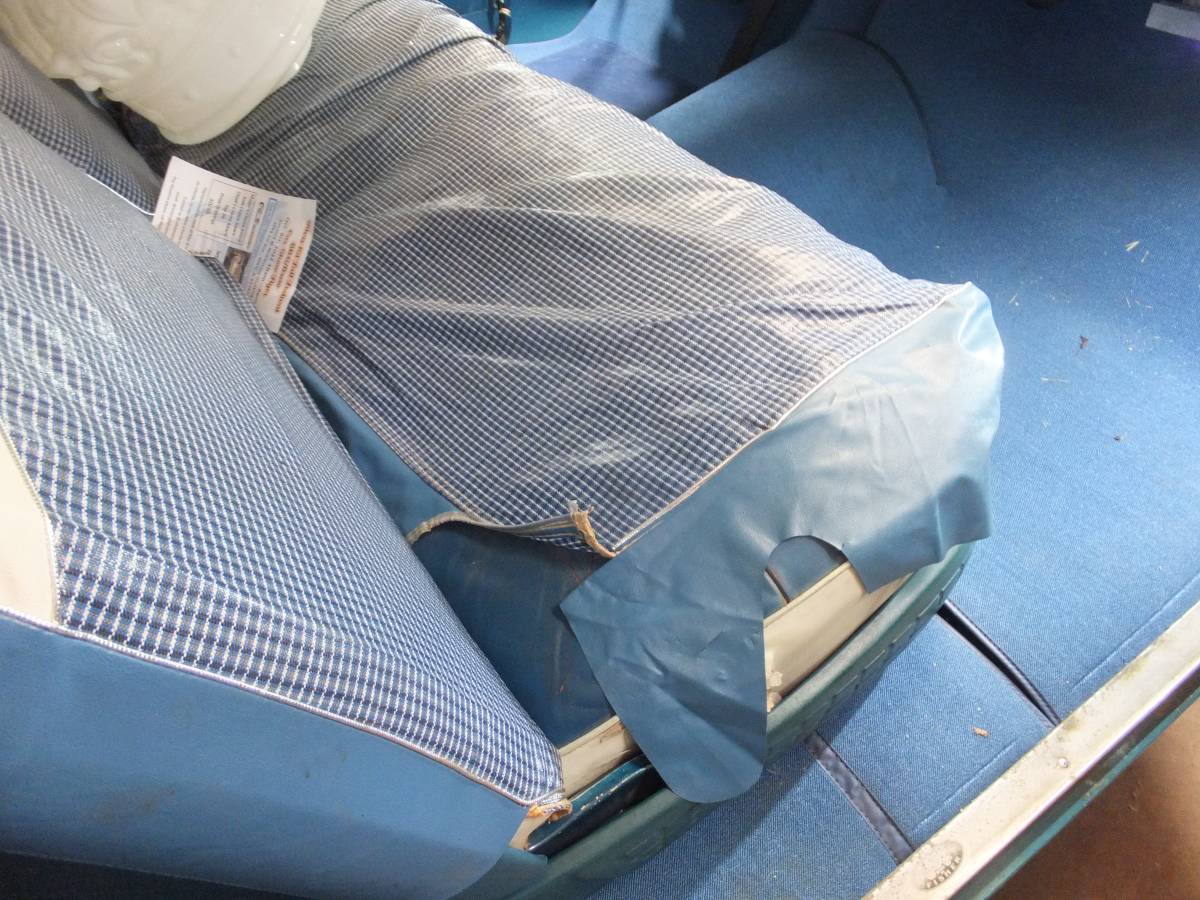 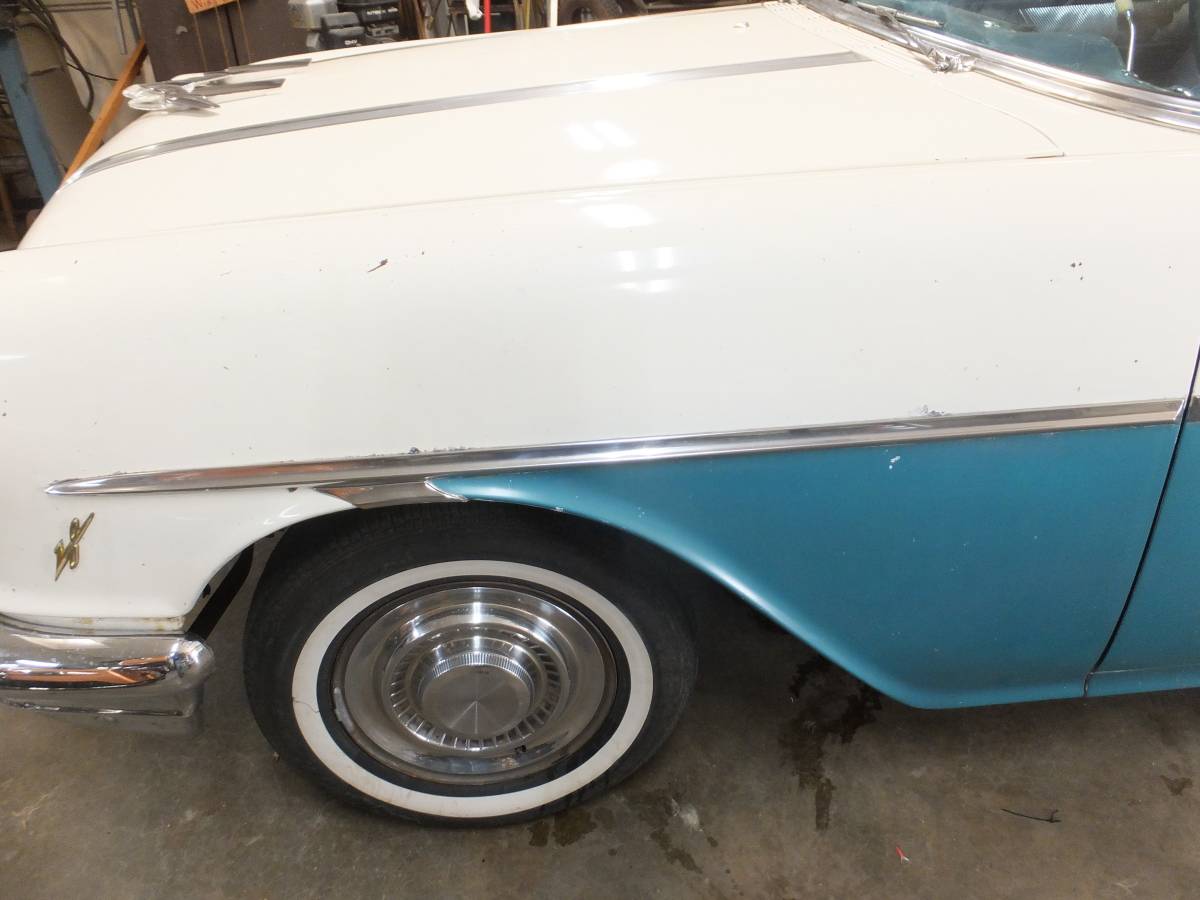 As iconic as the two-door 1955-1957 Chevrolet Nomad station wagon is, we prefer the rarity and upscale look of the badge-engineered Pontiac Safari version.  With only 302 still registered for use in the U.S., chances are very good you will not see another 1956 Pontiac Star Cheif Custom Safari such as this example currently listed here on Craigslist in Silvis, Illinois (Chicago).  This Safari has only 44,567 miles and is a survivor-quality car that features its original patina exterior.  While the interior could be refreshing, the seller notes that the engine and transmission received a rebuild five years ago.  Other upgrades make this Safari a potential daily driver if you don’t mind adding miles to a vintage car.

Currently offered for $35,000, Classic.com, the analytics and search engine for the collector car market, confirms the ask is slightly below the one-year rolling average of this guide’s summary for first-generation Pontiac Safaris produced between 1955 and 1957.  By clicking on the green dots in the graph below, you can navigate to each comparable car sold as a way to help you evaluate the price of the Safari featured here:

First introduced in 1954, the Star Chief became the top trim line on Pontiac’s Chieftain line of cars. Pontiac continued the use of the name when it launched a completely redesigned car line for 1955. Not only was the body all-new, but Pontiac introduced its new Strato-Streak V8.  In January 1955, Pontiac launched a badge-engineered version of the Chevrolet Nomad. Known as the Star Chief Custom Safari Safari two-door hardtop wagon, this variant lasted through 1957.  After that, the Safari name was used for all of the division’s standard four-door wagons.

Introduced on January 31, 1955, the Pontiac Safari served as the flagship Pontiac station wagon; at $2,962 (approximately $30,000 in 2022 dollars, it also was the most expensive Pontiac model line before optional equipment was added using the GM “A” platform.  To distinguish the model from the Nomad, the Safari was fitted with a Pontiac Chieftain front fascia and model-specific rear taillamps, styled by Pontiac stylist Paul Gillan (who received a U.S. patent for the front fascia design).

In contrast with a standard two-door 860 “Colony” station wagon (also derived from the Chieftain), the Safari was styled with coupe-style front doors, forward-raked B-pillars (with windows wrapping around from pillar to pillar); along with extra chrome trim (fitted to the tailgate), the rear seat windows slid open. In line with the Nomad being derived from the top-trim Bel Air, the interior of the Safari was shared with Star Chief sedans.

The Safari featured a 287 cubic-inch V8, producing 180 horsepower with a 2-barrel carburetor or 200 when topped with a 4-barrel carburetor.  For 1955, 3,760 examples of the Safari were produced, serving as the lowest-production Pontiac for the model year.  For 1956, the Safari underwent a minor exterior revision. The bodyside trim was restyled with a redesign to the front and rear bumpers. As two-tone paint was standard for the model line, the change now painted the roof in the accent color; the interior also saw revisions to the seats and door panels.

The V8 engine was expanded to 317 cubic inches for 1956,  with the Safari offering 227 horsepower in its standard single four-barrel-topped configuration. Optional was a choice of either a detuned 216 horsepower two-barrel version or a dual-quad 285 horsepower setup.  While Pontiac produced ten Safaris with a manual transmission, all others featured a three-speed automatic transmission as standard equipment. For its first full year of production, the Safari improved sales to 4,042 for the 1956 model year, again serving as the lowest-produced Pontiac.

Between the Petronix electronic ignition, modern electric fuel pump, aftermarket transmission cooler and cruise control unit, the seller of this 1956 Pontiac Star Chief Custom Safari outfitted their wagon for modern highway cruising.  This appears to be a very solid driver quality example the next caretaker can enjoy as is or update the interior as

If you are serious about buying this Tri-Five Pontiac, you can start the conversation by calling Bob at (309) 738-3645.  When you connect, please remember to mention you saw his vintage Safari featured here on GuysWithRides.com. Good luck with the purchase!

“UPDATE NOW IS THE TIME TO BUY BEFORE IT GOES into WINTER STORAGE
HERE IS A BETTER VERSION OF THE CHEVY NOMAD—–A 1956 PONTIAC SAFARI That is a very rare vehicle with only 302 registered in the U.S. It has a 316 V8 engine with an automatic transmission, Power steering, power brakes, AM radio with FM converter. this is also a A/C car but not complete. The engine and trans was rebuilt 5 years ago with a 30 over and updated cam plus new valves with harden seats. Some of the new and rebuilt things rear pinion seal, heater core, carburetor, starter, and generator and more. Gas tank has been flusher and a new electric fuel pump installed. Ignition changed to electronic PETRONIX. A aftermarket cruise control and transmission cooler added. The exterior shows that it is all original patina and the interior shows original but needs some work. It has new carpet and the floors were completely resealed when the carpet was out. Lights have been changed to LEDS. This is a great driver for all your short or long trips. You could enter in any or all parades with your favorite politician riding in the parade. A lot more has been done so contact Bob.“

Show or go: What would you do with this 1956 Pontiac Star Chief Custom Safari for sale?  Please comment below and let us know!