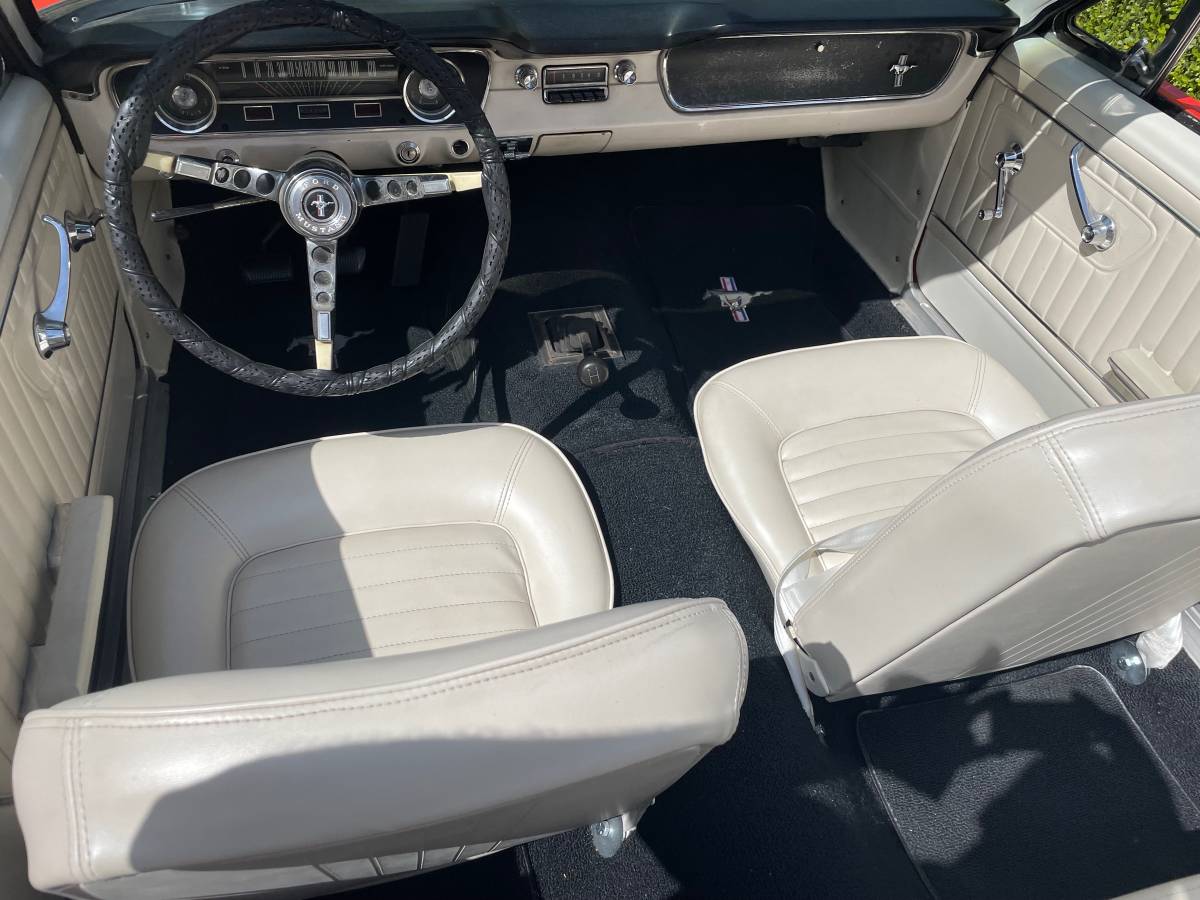 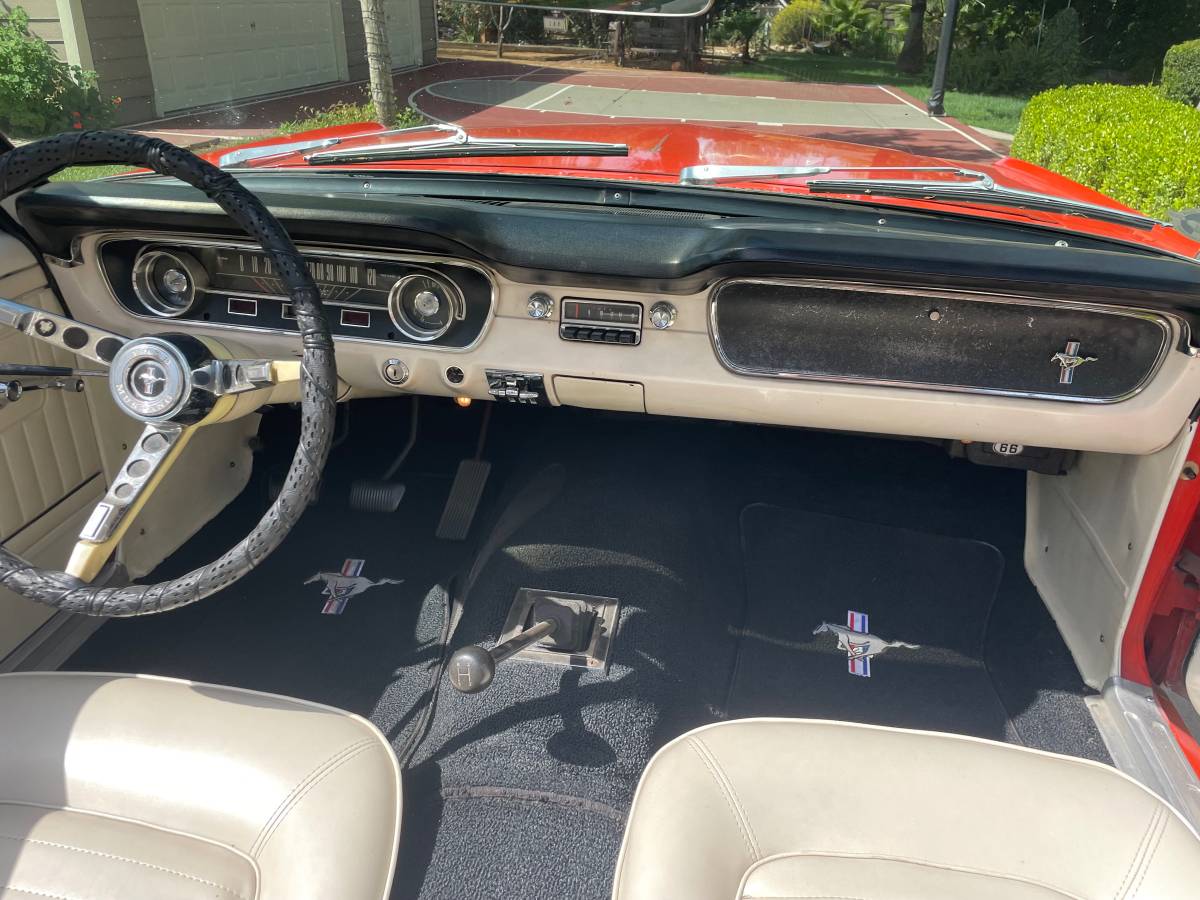 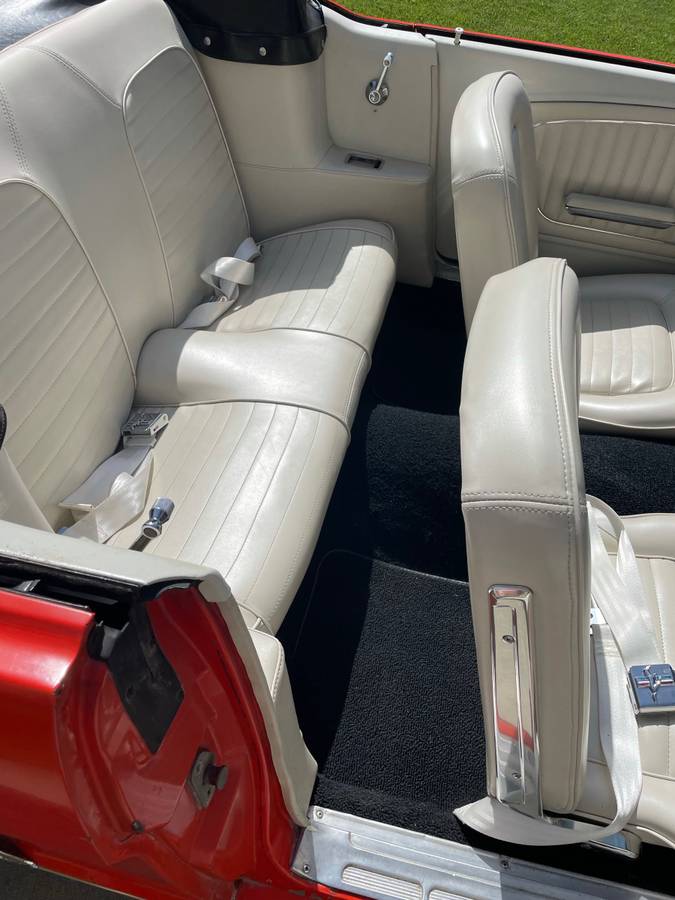 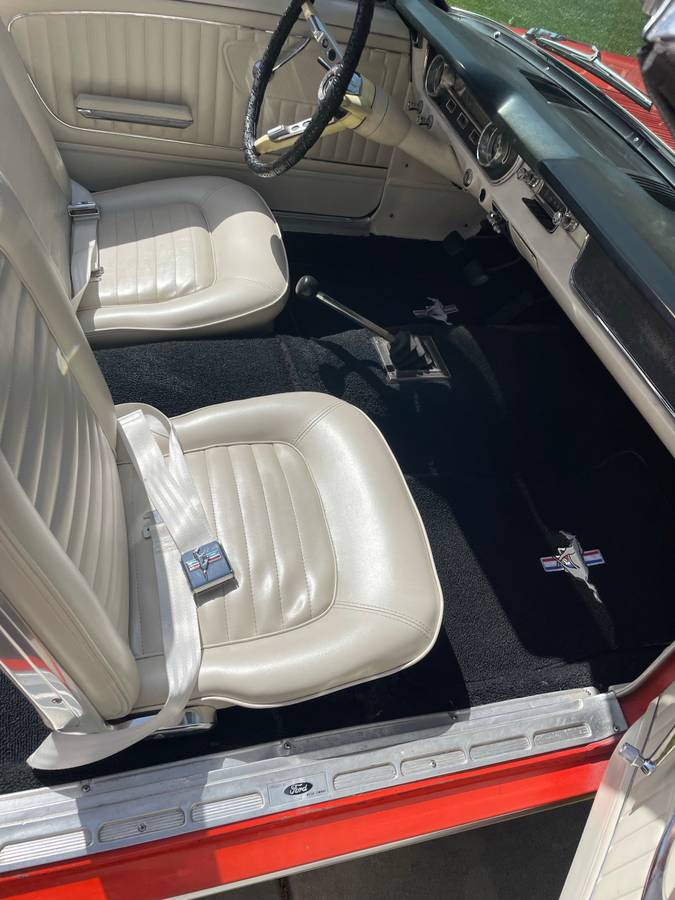 When Ford launched the Mustang in April 1964, the company marketed it with a low base price as the ideal second car for suburban families.  Unlike most other entry-level cars up to that point, the original Mustang looked sporty even with no options added.  A case in point is this Rangoon Red over parchment vinyl 1964 1/2 Mustang convertible currently listed here on Craigslist in Los Angeles, California. The excellent color combination and drop top belie the fact this Mustang features the one barrel topped, 170 cubic inch, Thriftpower inline six controlled by a floor-shifted three-speed manual transmission. With only 64,000 original miles and located in southern California, we can’t tell from the seller’s brief description whether their Mustang is a very well-preserved survivor or if it benefited from restoration at some point.

Currently offered for $44,500, Classic.com, the analytics and search engine for the collector car market, confirms the ask is slightly above the one-year rolling average of this guide’s summary for first-generation Ford Mustang convertibles produced between 1964 1/2 and 1966.  By clicking on the green dots in the graph below, you can navigate to each comparable car sold as a way to help you evaluate the price of the Mustang featured here:

As a second data point, the  Collector Car Market Review Online Tool reveals the seller’s ask falls above this guide’s #1 “Excellent” estimate of $36,880 after factoring in a twenty percent deduction for the standard inline-six and three-speed manual transmission.

If you are serious about buying this Ford F-1, you can start the conversation by emailing the seller.  When you connect, please remember to mention you saw their restored pickup featured here on GuysWithRides.com. Good luck with the purchase!

Show or go: What would you do with this 1964 1/2 Ford Mustang convertible for sale?  Please comment below and let us know!