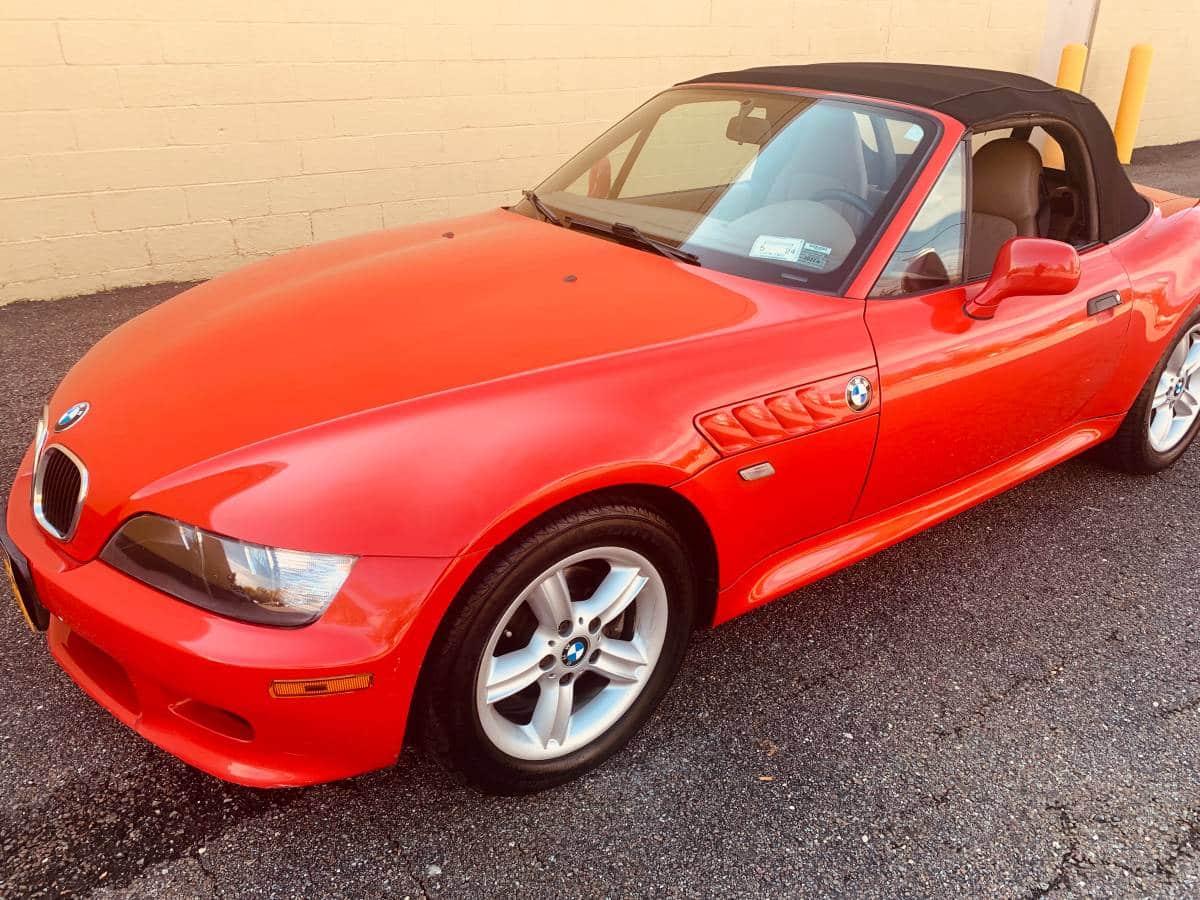 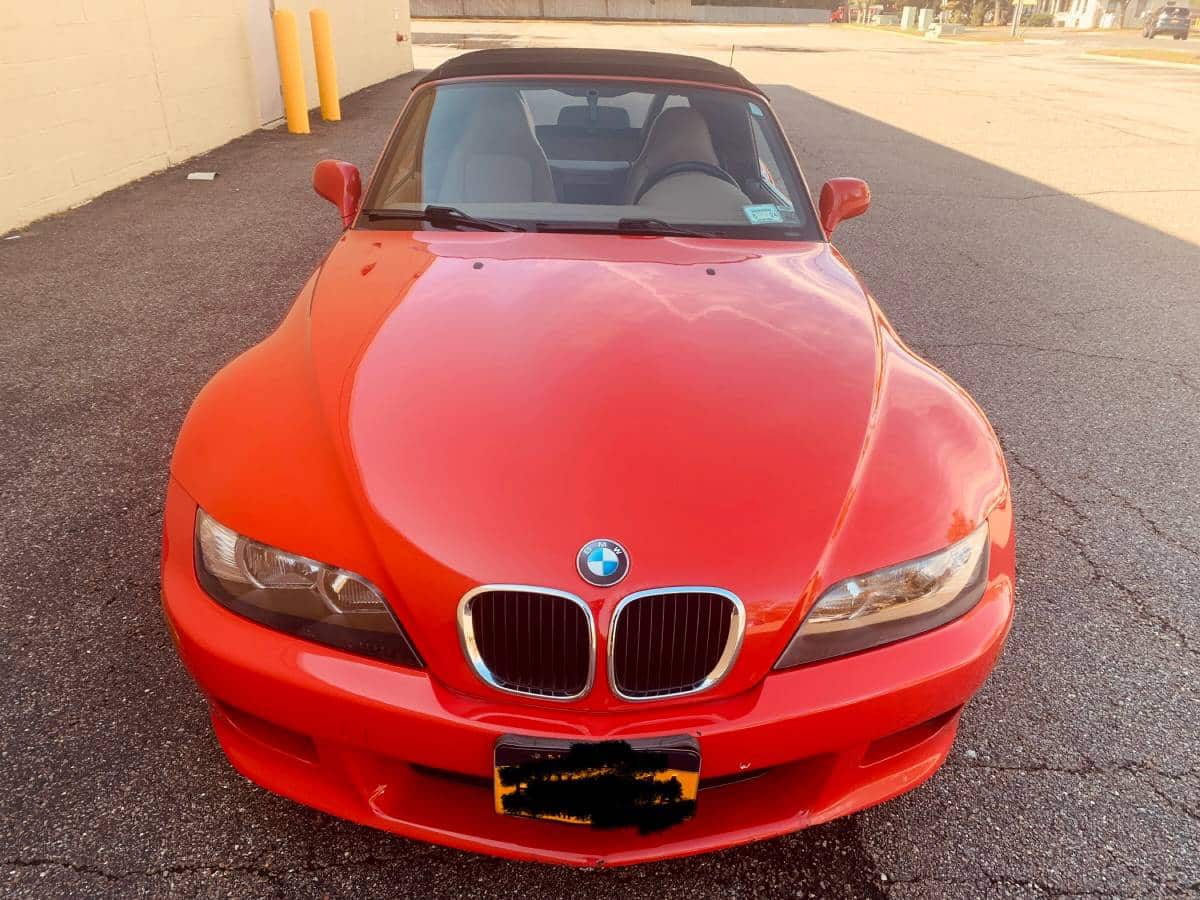 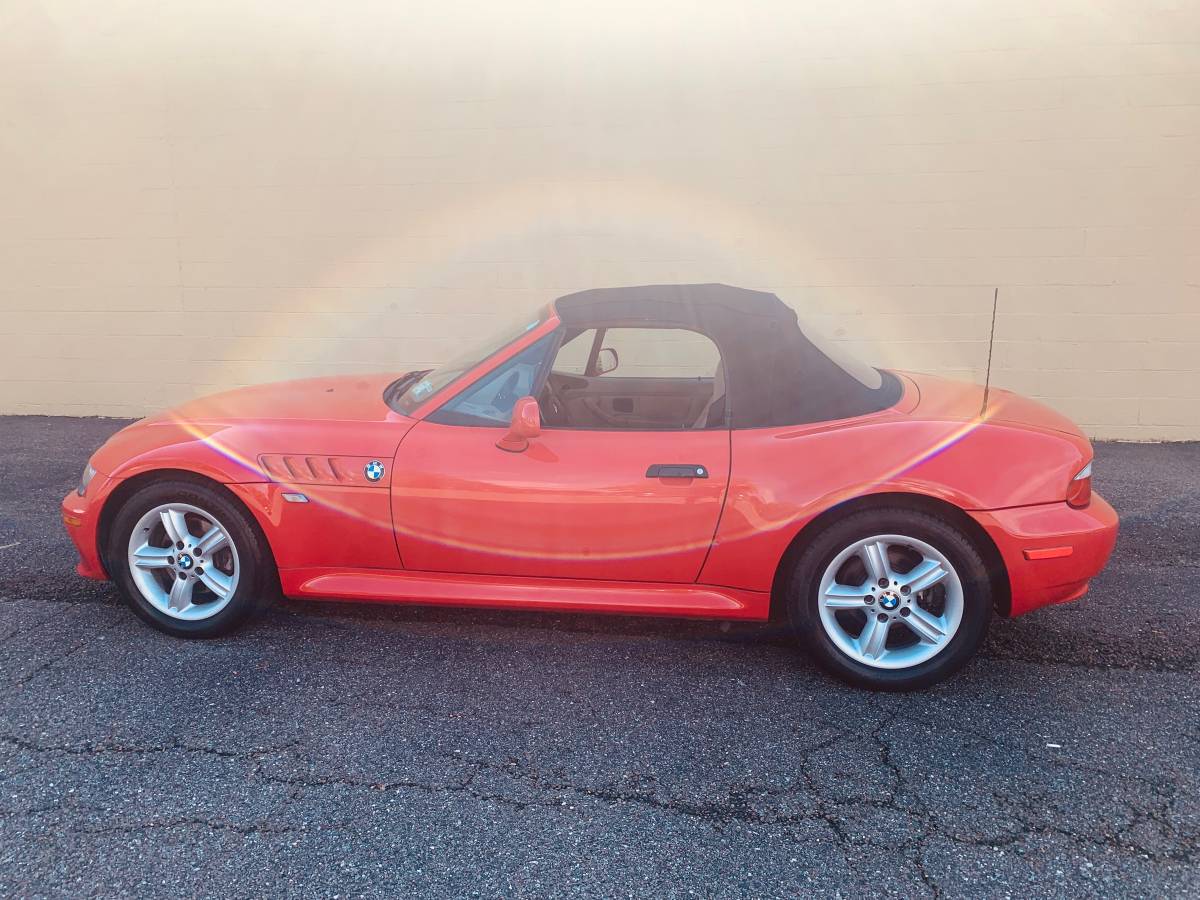 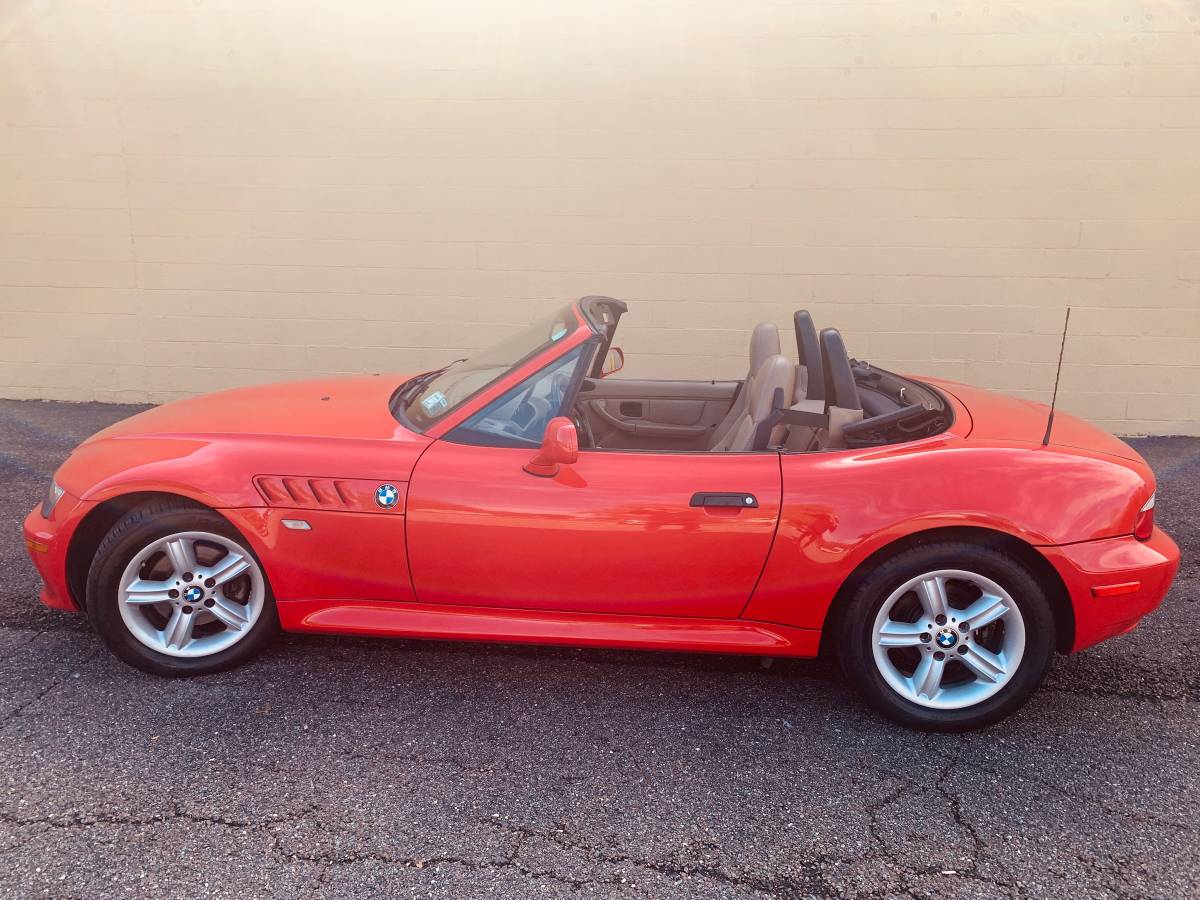 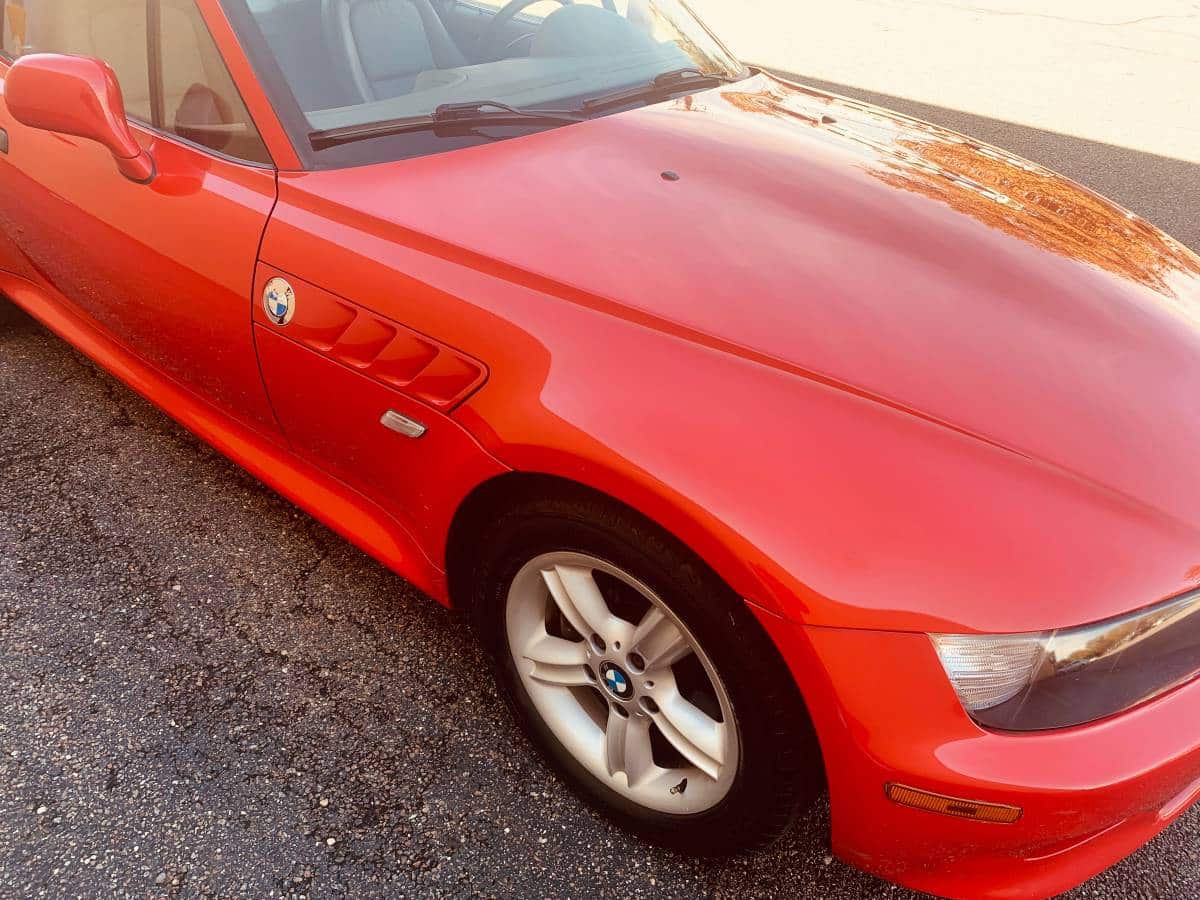 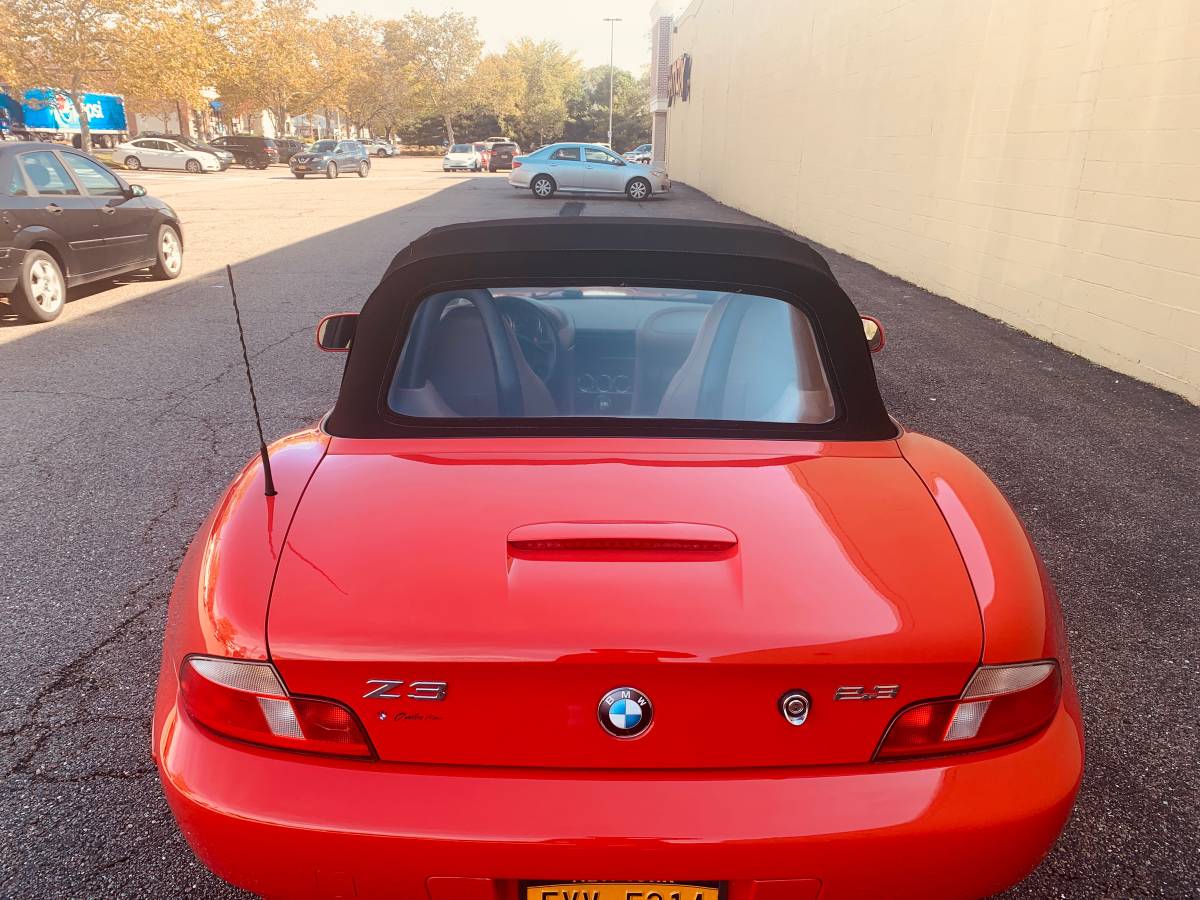 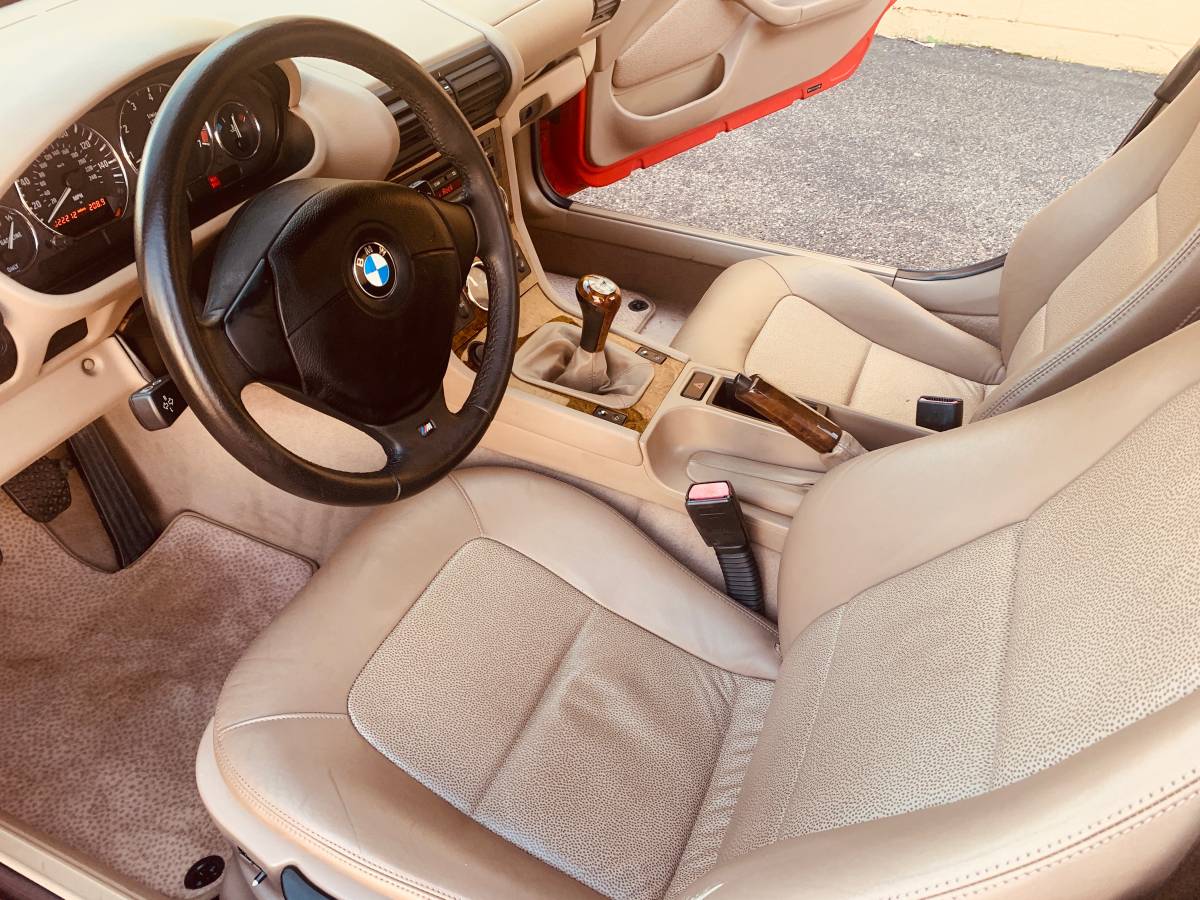 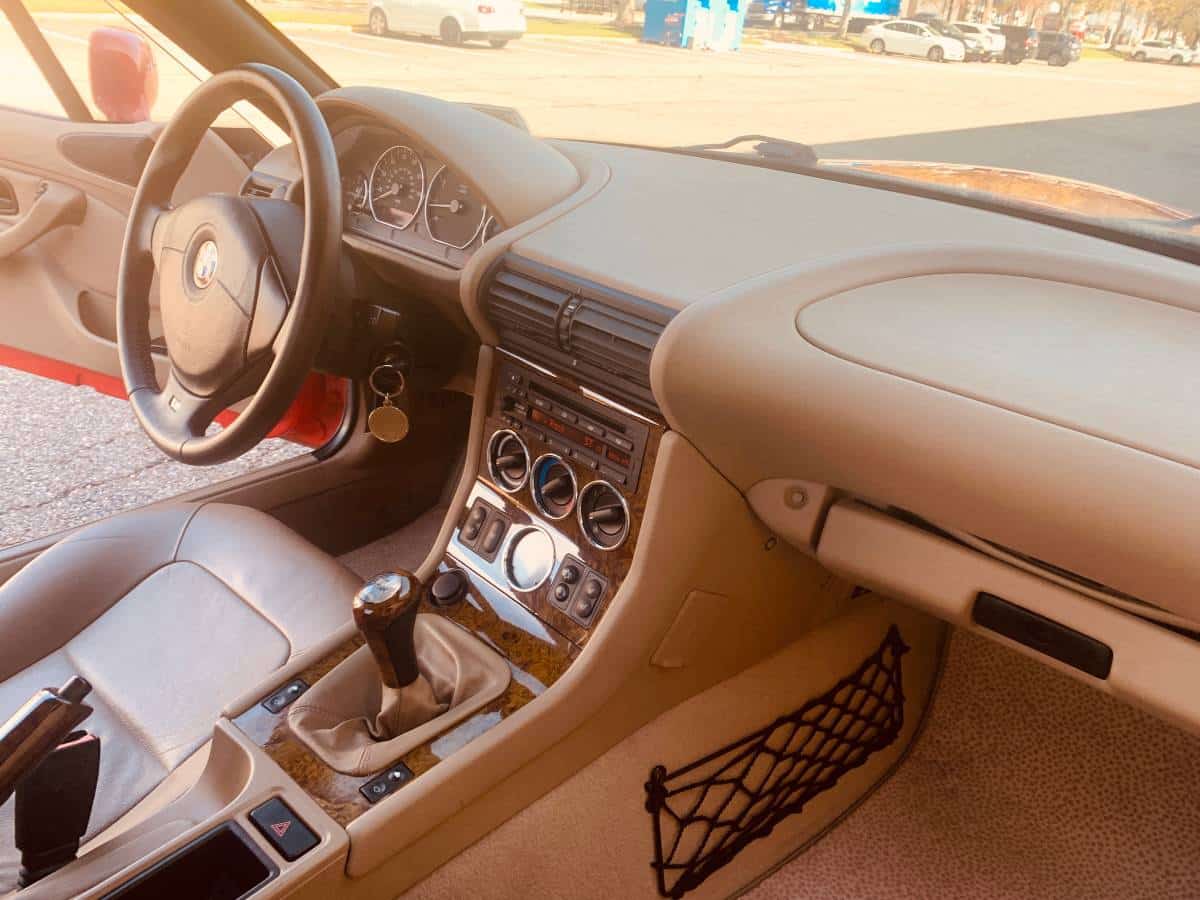 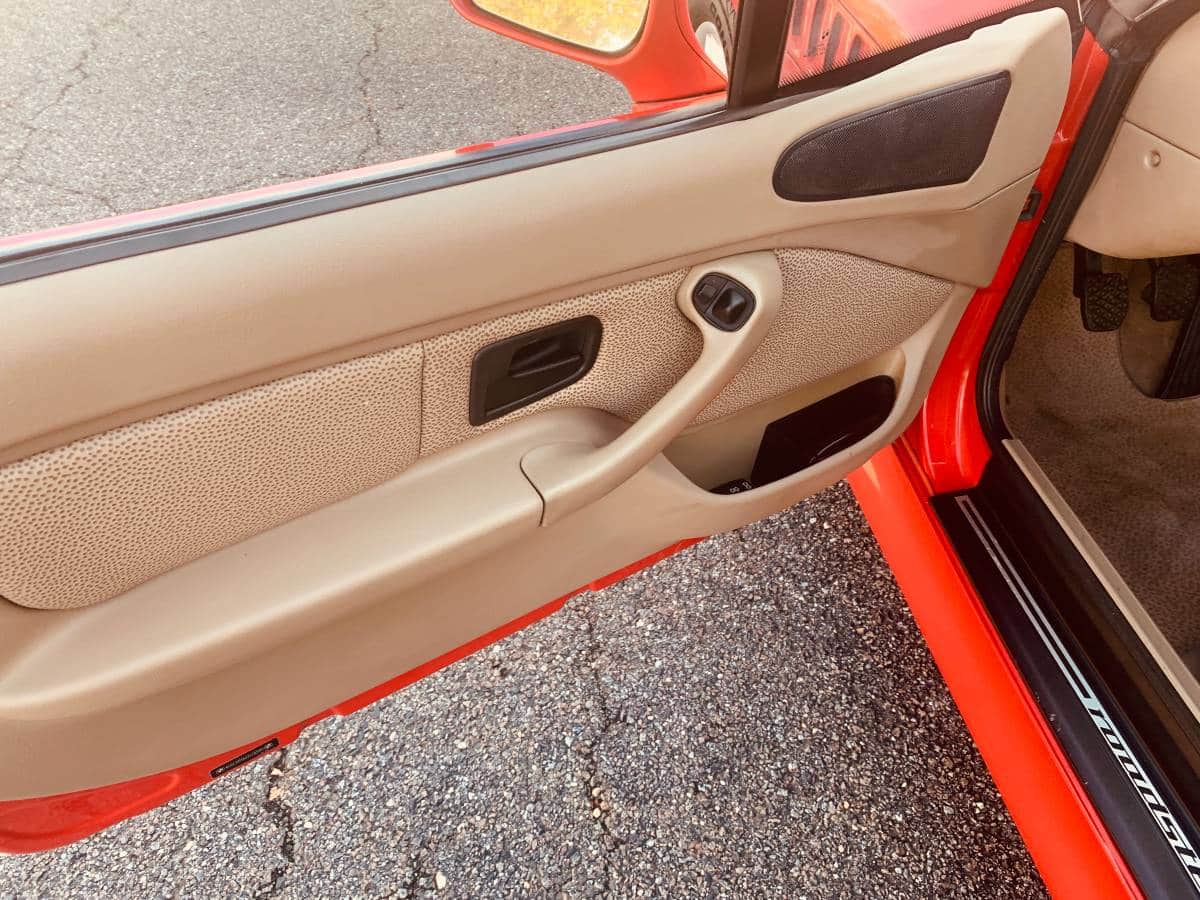 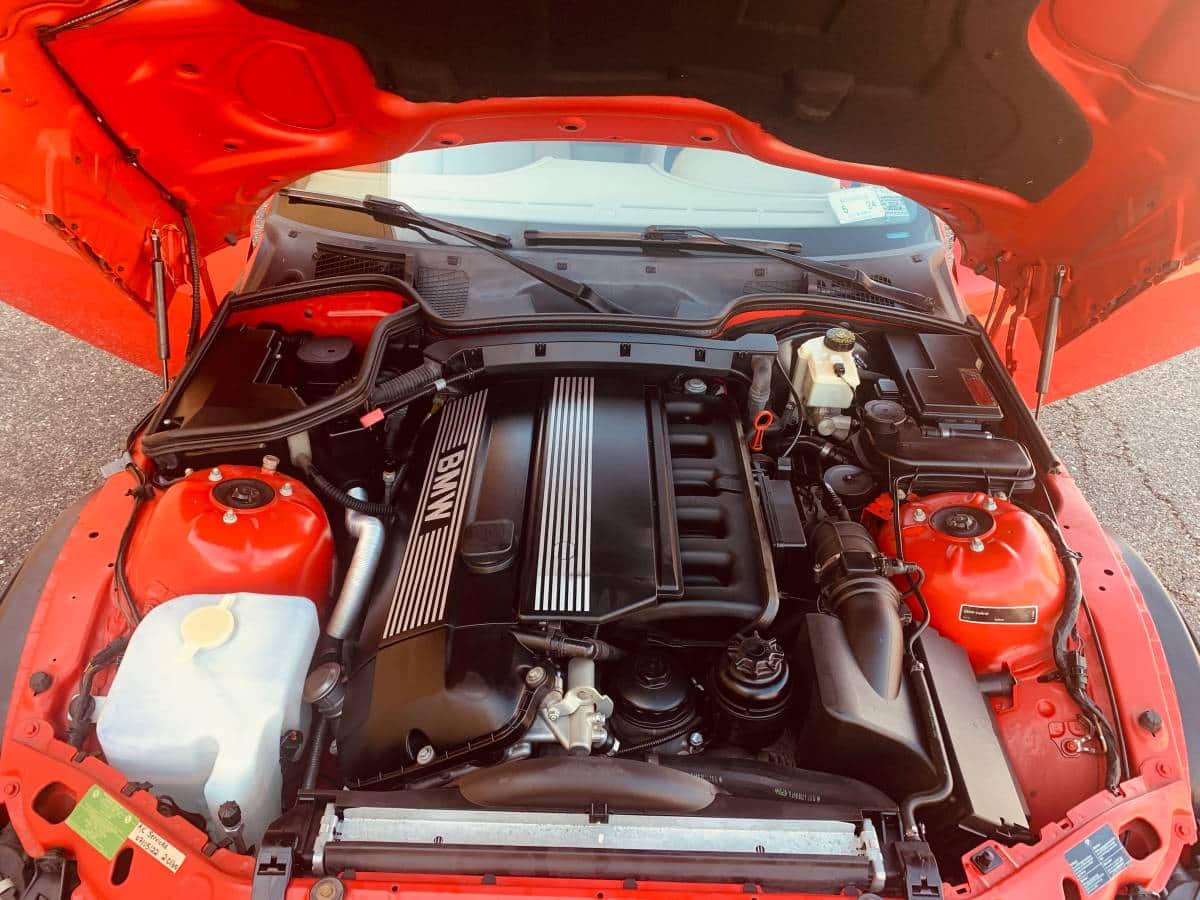 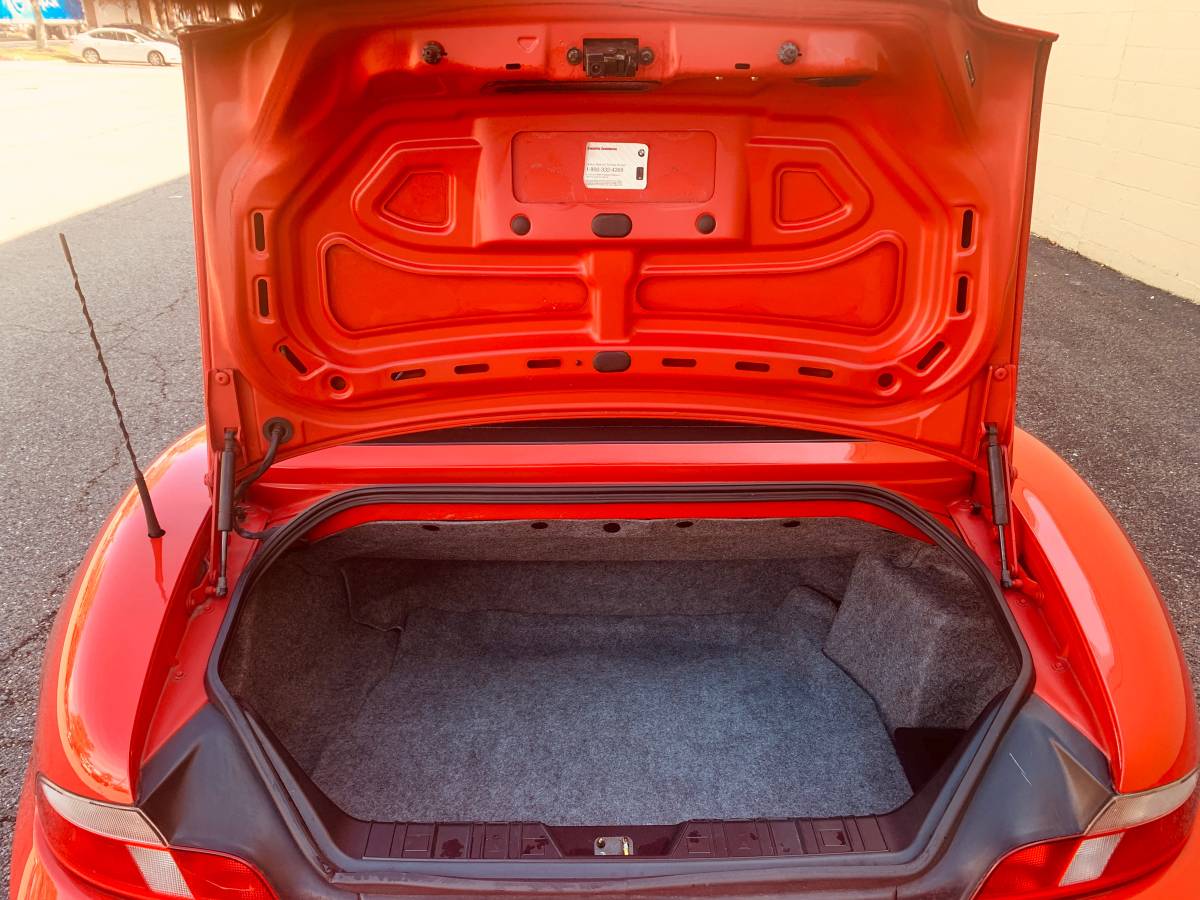 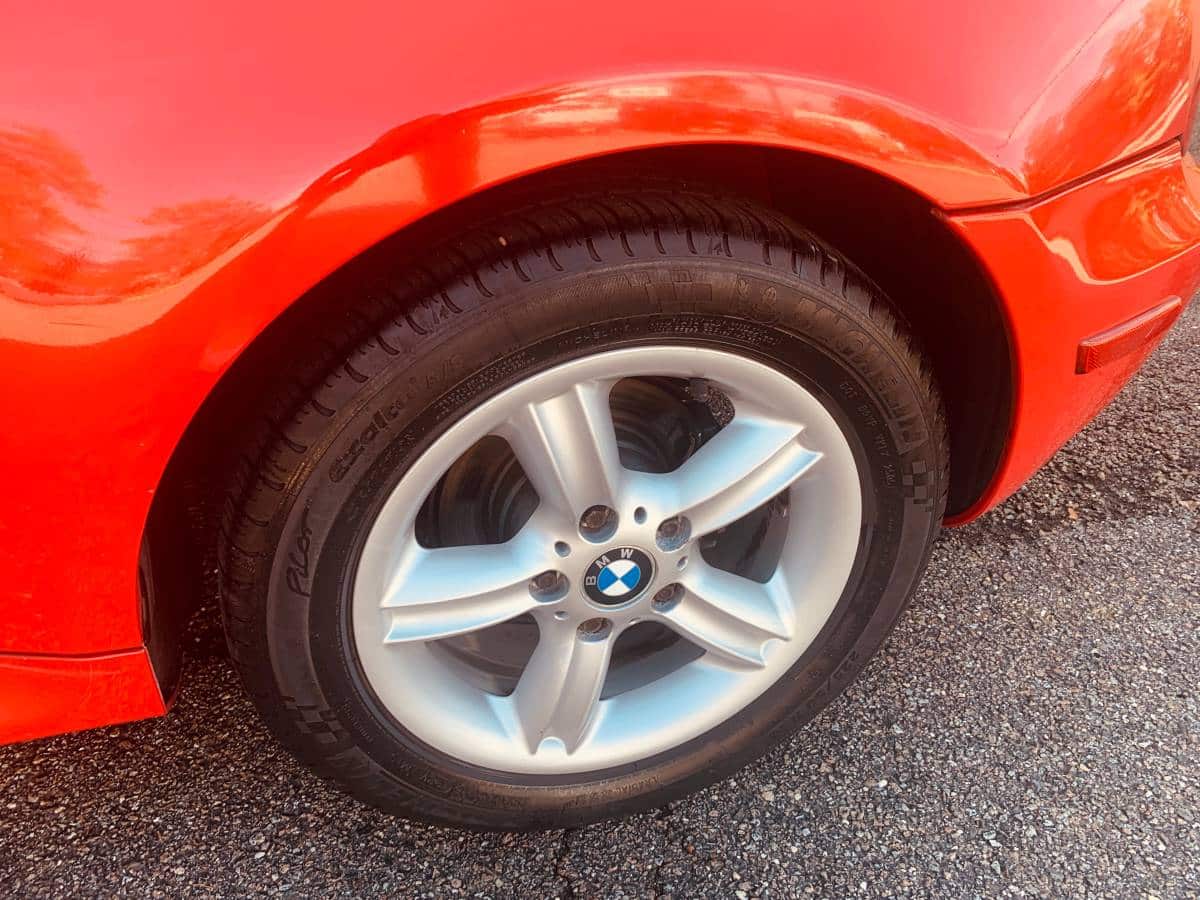 Right now, there is a near-identical car to this “Bright Red” 2000 BMW Z3 for sale at a dealership in Colorado. The big difference is about 100,000 miles, as the Colorado car has crested over the 100K mark on the odometer while this one shown here has just a touch over 22,000. While it’s not an M Roadster, this Z3 does have a torquey inline-six under the hood, and I suspect the low mileage will drive potential buyers to overlook the lack of an “M” motor in favor of driving a Z3 in near-new condition. The red paint almost looks tangerine-ish in the sunlight and is paired with a saddle-colored leather interior. You’ll find the Z3 here on Craigslist in Kings Park on Long Island for $14,999. Comparing that price against the Classic.com model guide shows that the seller is asking for reasonable money, given that the average sale price is now approaching $18,000:

If you are serious about buying this survivor Z3, you can start the conversation by either calling or texting the seller at (631) 449-0000.  When you connect, please remember to mention you saw their BMW featured here on GuysWithRides.com.

Deals: few of them are left in the collector car world. And it can sometimes seem like the second you discover a fair price for a sporting model, the rest of society discovers it, and dealers everywhere make it their goal to increase valuations seemingly overnight. The Z3 hasn’t quite gone down this path yet, although the powerful M Roadster and M Coupe have gone off the reservation price-wise. If you really want to go bargain basement shopping, the 1.9 Liter, four-cylinder Z3 is cheap no matter how you slice it, but it’s also not exactly a “peak” BMW driving experience. As you move up the food chain, there’s the 2.3 Liter, six-cylinder (which is technically a 2.5), a 2.8 liter, and then the 3.0 before you enter S52 and S54 territory with the M cars. That actually represents a fairly wide range of engine choices. While the 2.8 and 3.0 are generally the smarter buys in terms of the overall value proposition, the 2.3 is a cheap entry into German roadster ownership.

The Men & Motors YouTube Channel features this test drive of the 2000 BMW Z3 to see improvements had been made over the launch model:

The seller has one glaring mistake in his listing, which is referring to the engine as a V6. Most enthusiasts should know by now that BMW relied heavily on the inline-six design for multiple model generations, so hopefully, it’s just a slip of the tongue. The seller indicates he is the original owner, and with just one caretaker and only 22,000 original miles, it seems likely that this Z3 was used for weekend touring only. While a low-mileage BMW two-seater would typically carry a fairly extreme price tag, the Z3 – being the bargain it continues to be, for the time being – doesn’t have nearly the same price penalty as an E36 M3 would with the same kind of mileage. The tan interior suggests to me that the Z3 may have originally come with a matching top, but with such low miles and no mention of a roof replacement, it’s also likely this roadster left the factory with a black soft top. Even with barely any use, I would proactively replace the water pump and thermostat if this were to end up in my garage.

Car is located in Kings Park, NY 11754
Test me for additional video of the interior, exterior and of the engine..”

Summers only: would you forgo a more powerful Z3 for one like this with super low miles?