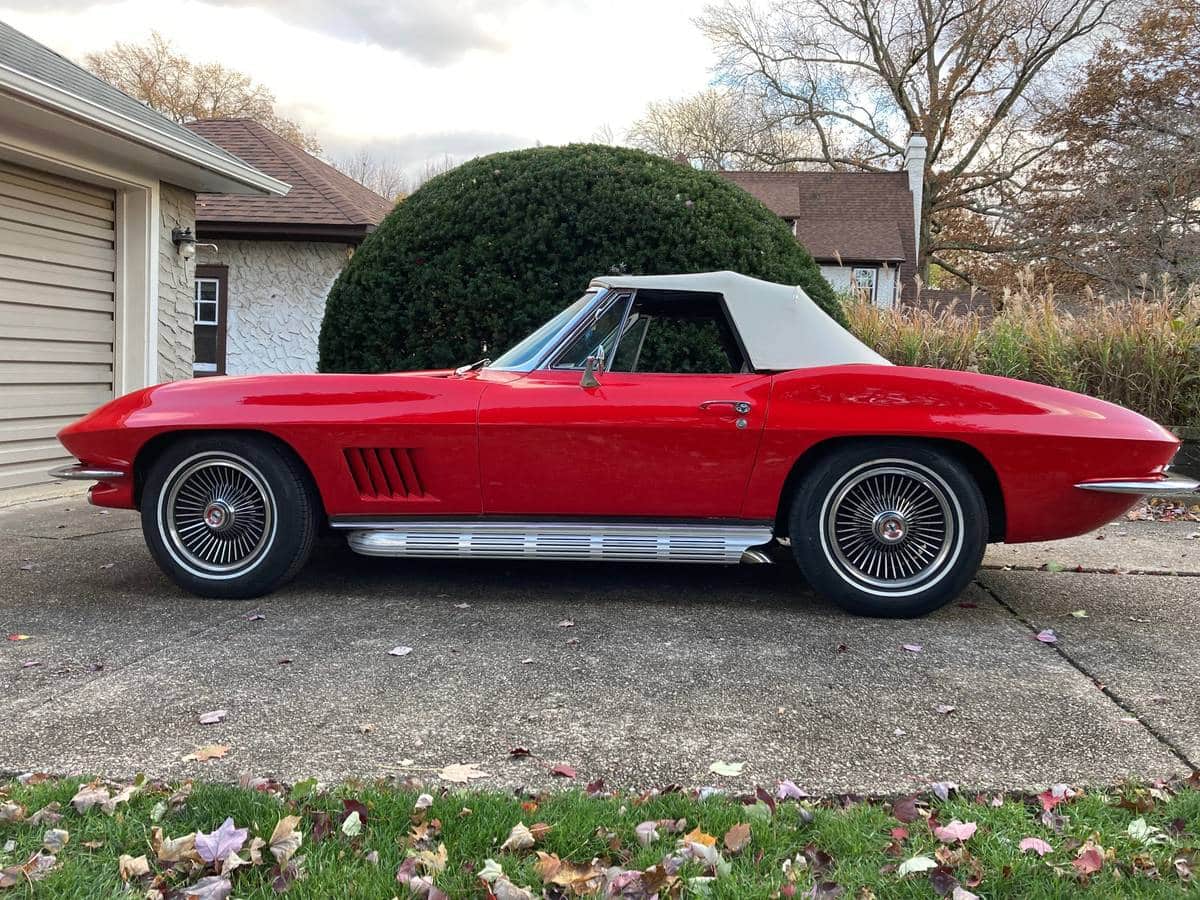 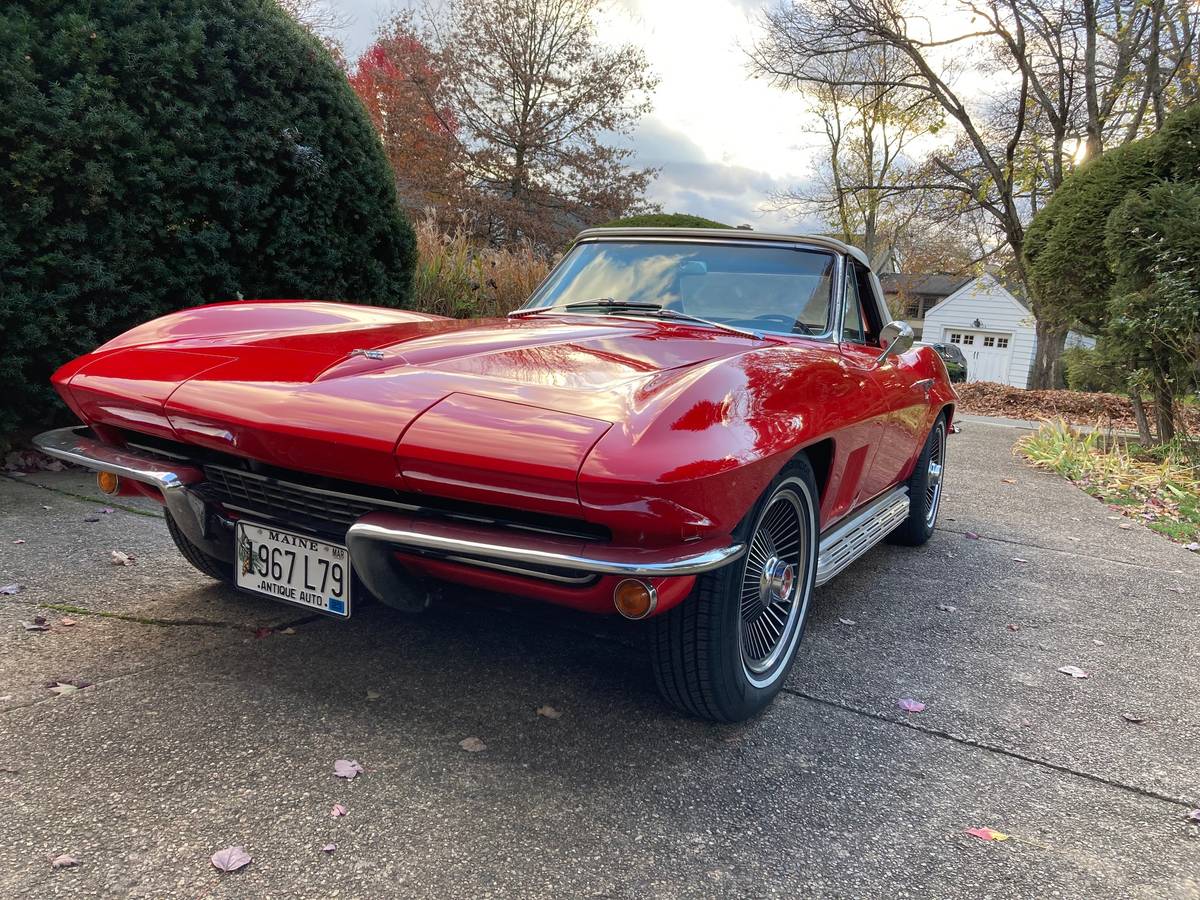 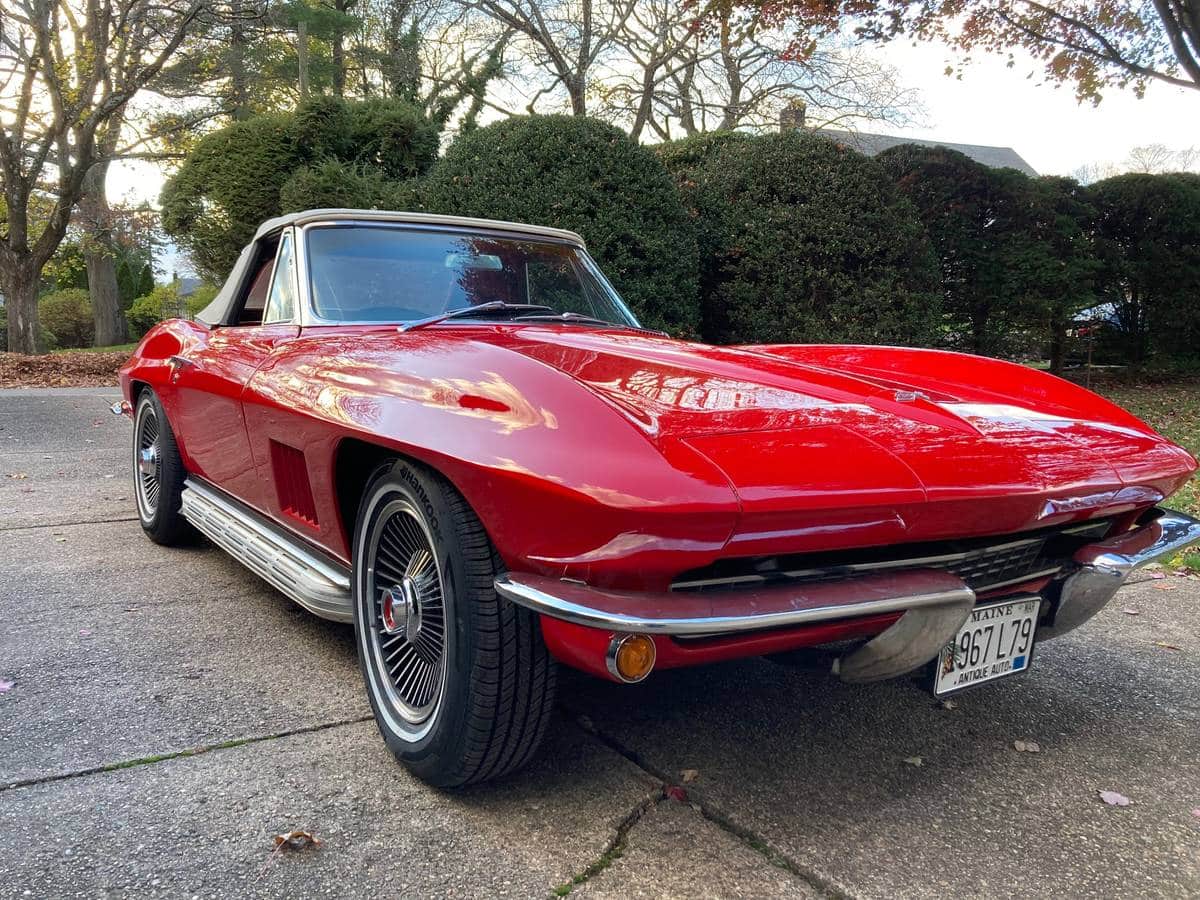 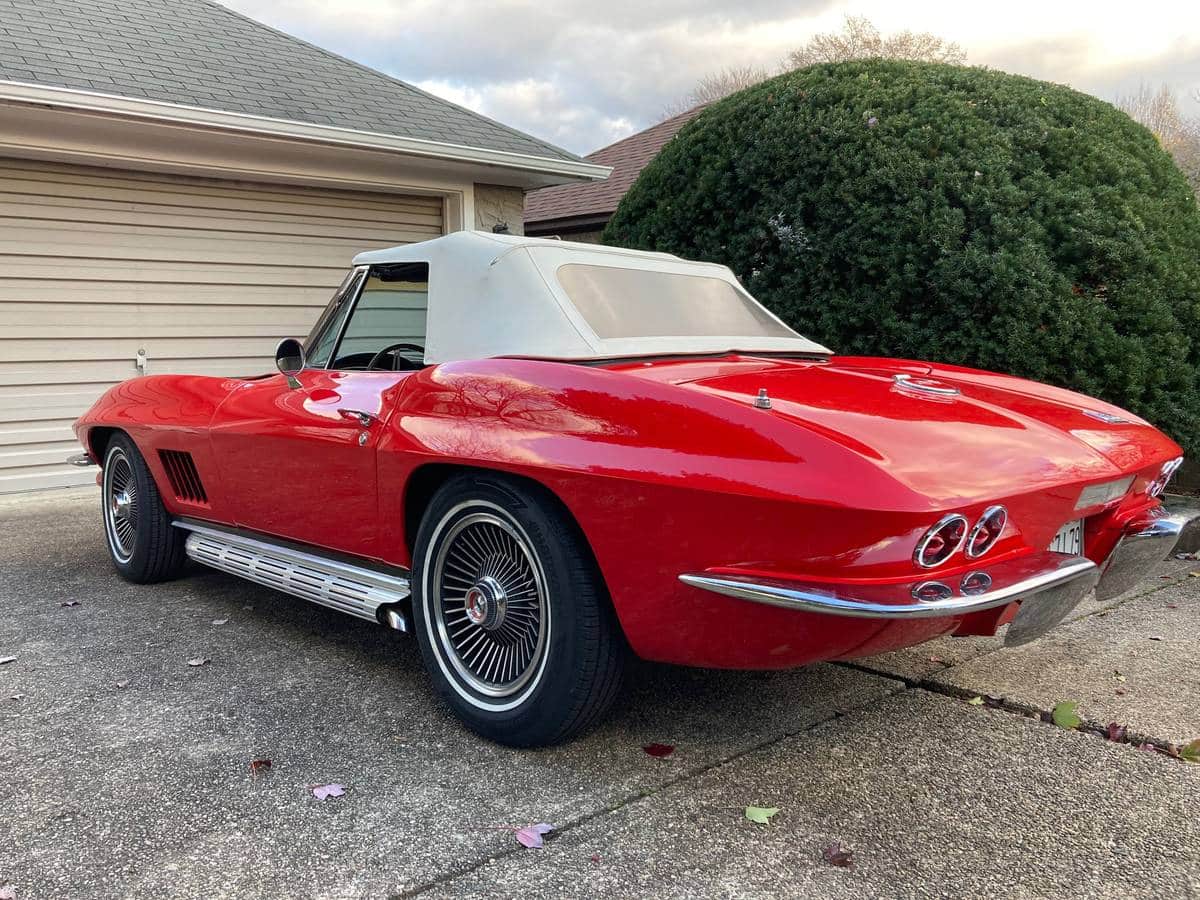 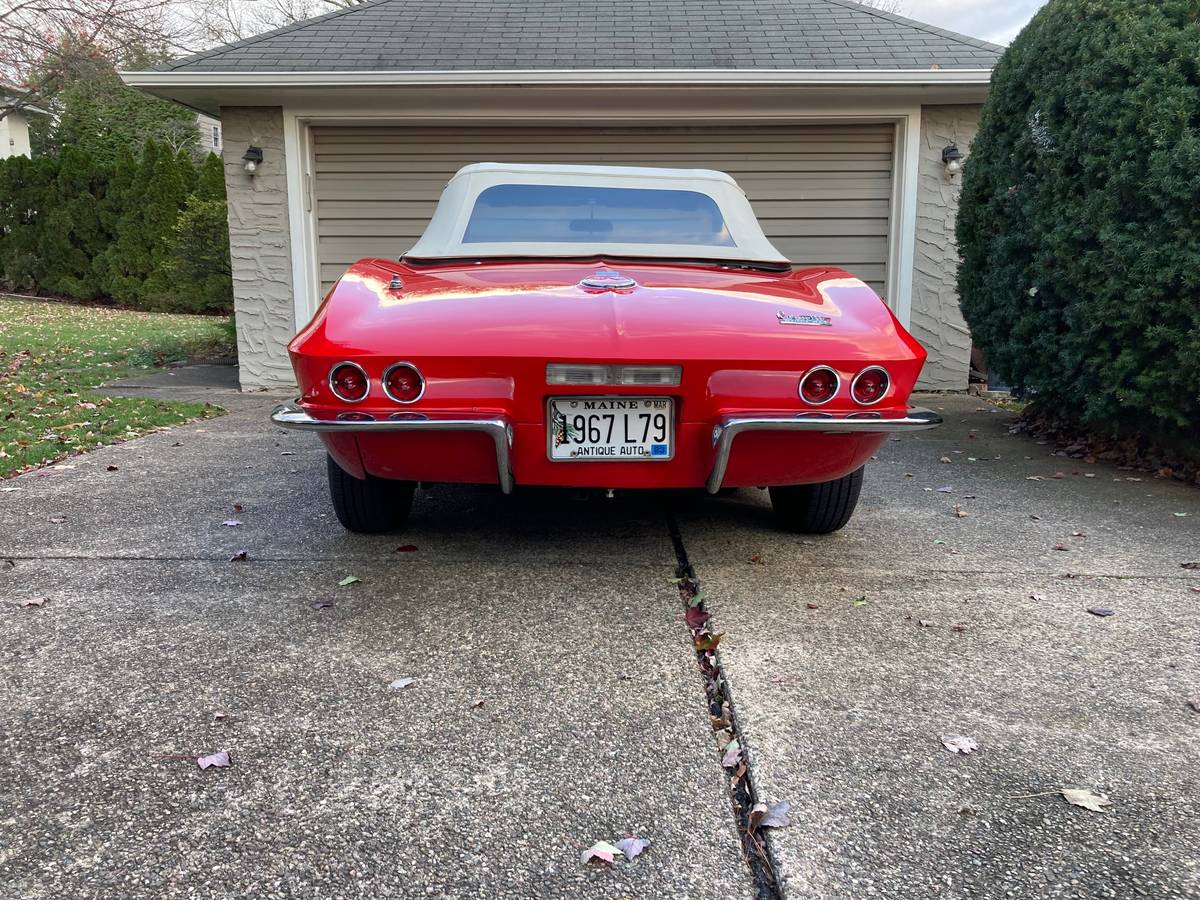 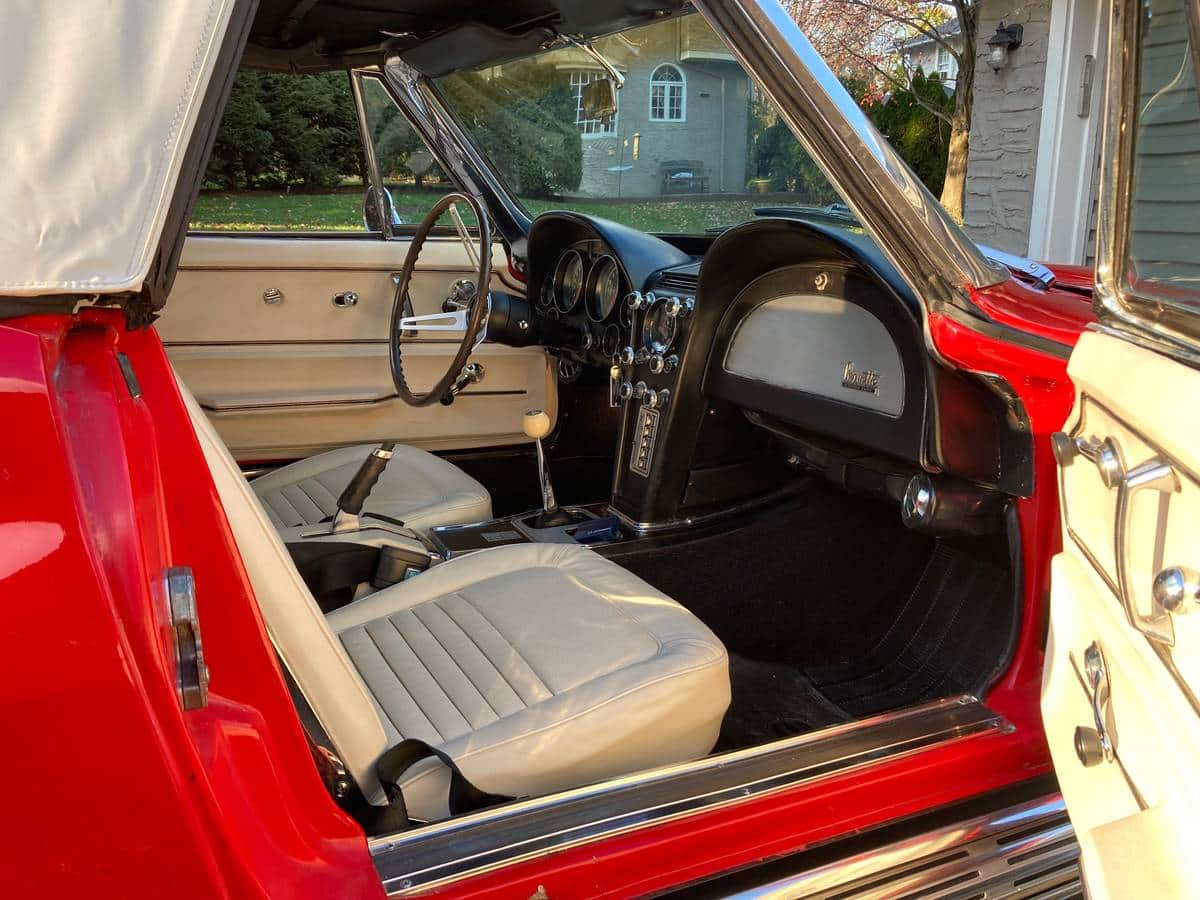 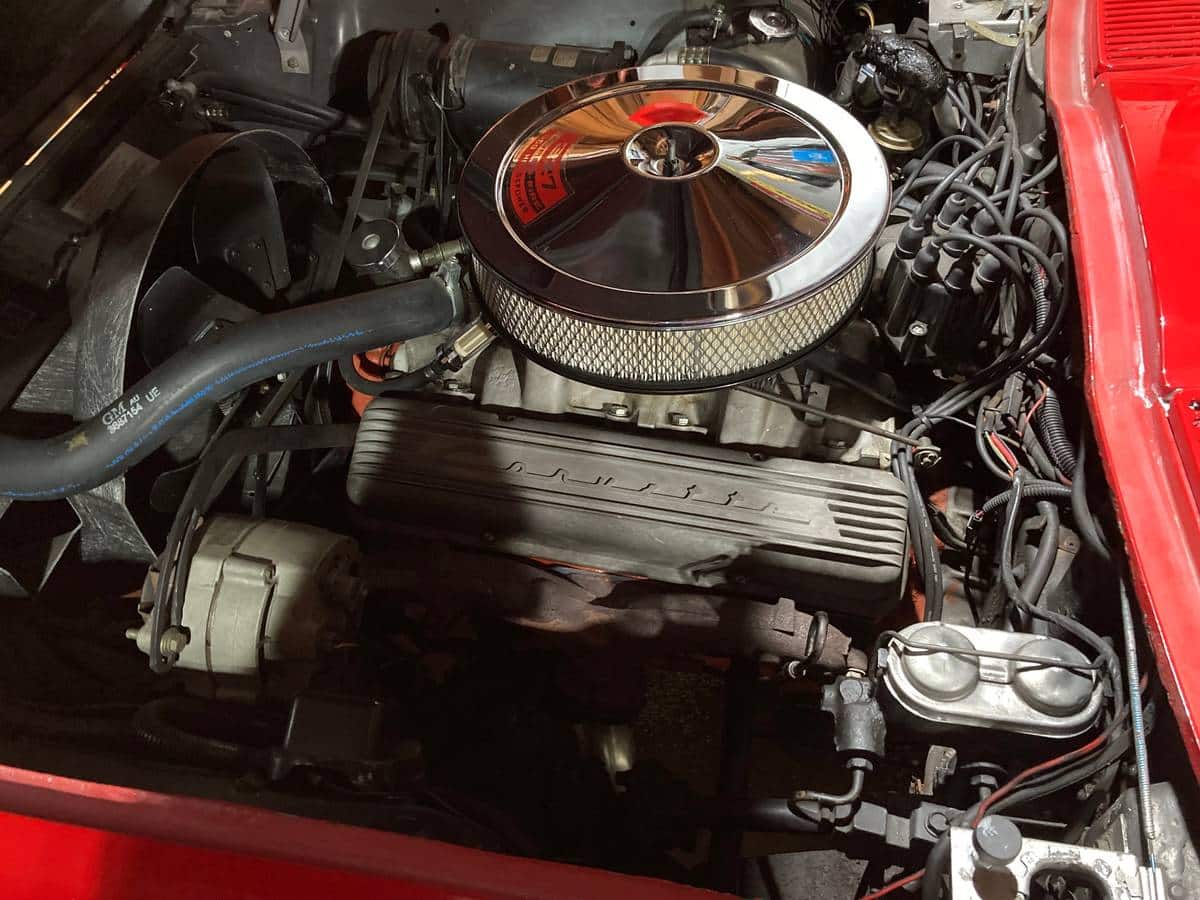 The final model year of a car’s production run typically proves to be the best as the engineers make modifications necessary to fix deficiencies found in prior model years.  Historically, final model year cars tend to be the lowest production as consumers wait for the latest and greatest model.  Such is the paradox of the 1967 C2 Corvette.

This restored Rally Red over white 1967 Chevrolet Corvette convertible currently listed here on Craigslist in Glen Rock, New Jersey (Newark) is a prime example of how far Chevrolet engineers improved the C2 from its more humble 1963 beginnings. In addition to four-wheel disc brakes and improved cooling, 1967 C2 Corvettes featured several federally-mandated safety improvements.  With a non-original motor, this is a ’67 Corvette you can actually drive and enjoy without having the fear of adding miles to it.

Currently offered for $75,000, Classic.com, the analytics and search engine for the collector car market, confirms the ask is slightly above the five-year rolling average of this guide’s summary for second-generation C2 Corvettes equipped with the 327/350 V8 produced between 1965 and 1967.  By clicking on the green dots in the graph below, you can navigate to each comparable car sold as a way to help you evaluate the price of the Corvette featured here:

As a second data point, the  Collector Car Market Review Online Tool reveals the seller’s ask falls between this guide’s #2 Very Good” estimate of $67,100 and its #1 “Excellent” appraisal of $92,200 before getting into adjustments for the various options.

Chevrolet stunned the automotive world when it launched the stunning C2 Corvette in 1963.  For the first time in Corvette history, Chevrolet offered a beautiful new split-window coupe in addition to the traditional convertible version. The beautiful styling was nicely matched through vastly improved handling accomplished through a combination of a shorter 98-inch wheelbase, improved “Ball Race” steering, and an innovative new independent rear suspension that reduced unsprung weight by 80 pounds. The only limiting factor was the continued use of aluminum drum brakes; four-wheel disc brakes would not be introduced until two years later when a variety of Big-Block V8 power options would also be added to the options list.

The 1967 Corvette Sting Ray was the last Corvette of the second generation, and five years of refinements made it the best of the line. Although it was meant to be a redesign year, its intended successor the C3 was found to have some undesirable aerodynamic traits. Consequently, 1967 ended up being a stopgap year for the C2 Corvette with modest changes: Five smaller front fender vents replaced the three larger ones, and flat-finish rockers sans ribbing conferred a lower, less chunky appearance. New was a single backup light, mounted above the license plate. The previous models’ wheel covers gave way to slotted six-inch Rally wheels with chrome beauty rings and lug nuts concealed behind chrome caps. Interior alterations were modest and included revised upholstery, and the handbrake moved from beneath the dash to between the seats. The convertible’s optional hardtop was offered with a black vinyl cover, which was a fad among all cars at the time.

This 1967 Chevrolet Corvette convertible appears to be a nicely-optioned example in a great color combination. Not many C2 convertibles featured factory.A/C, so that’s a nice bonus on humid days.  The seller having service records for the past two decades provides a window into how well this Corvette has cared for thus far in the 21st century.

If you are serious about buying this C2 Corvette, you can start the conversation by emailing the seller.  When you connect, please remember to mention you saw their Rally Red Roadster featured here on GuysWithRides.com. Good luck with the purchase!

Show or go: What would you do with this restored 1967 Chevrolet Corvette convertible for sale?  Please comment below and let us know!