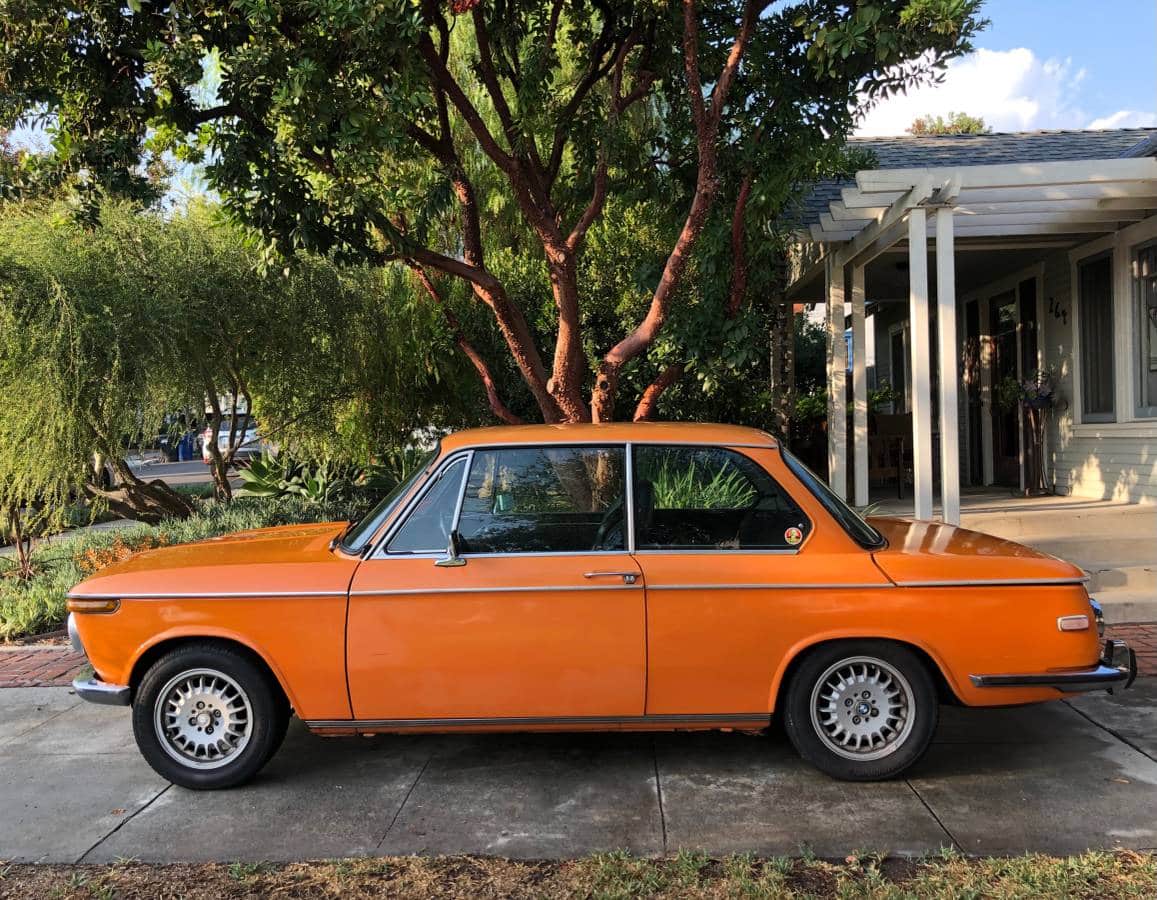 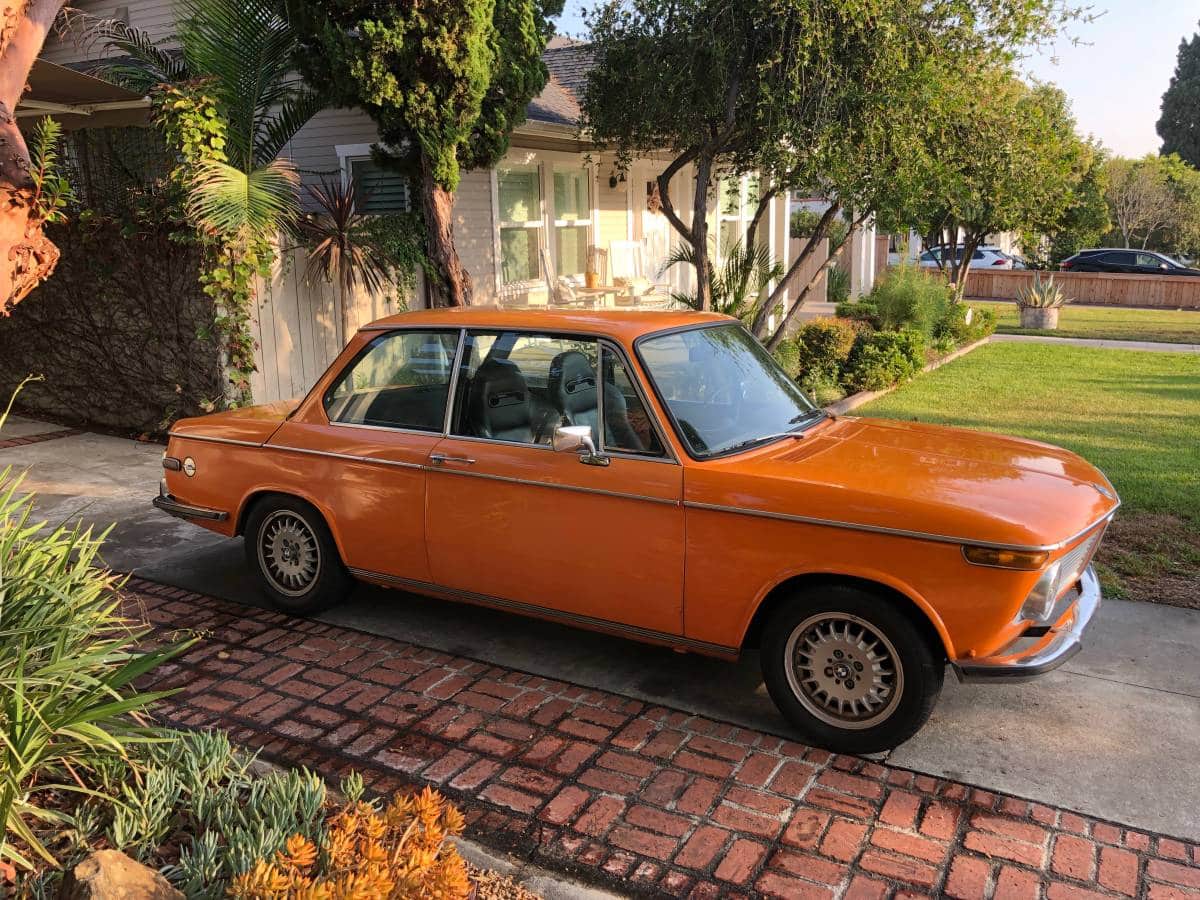 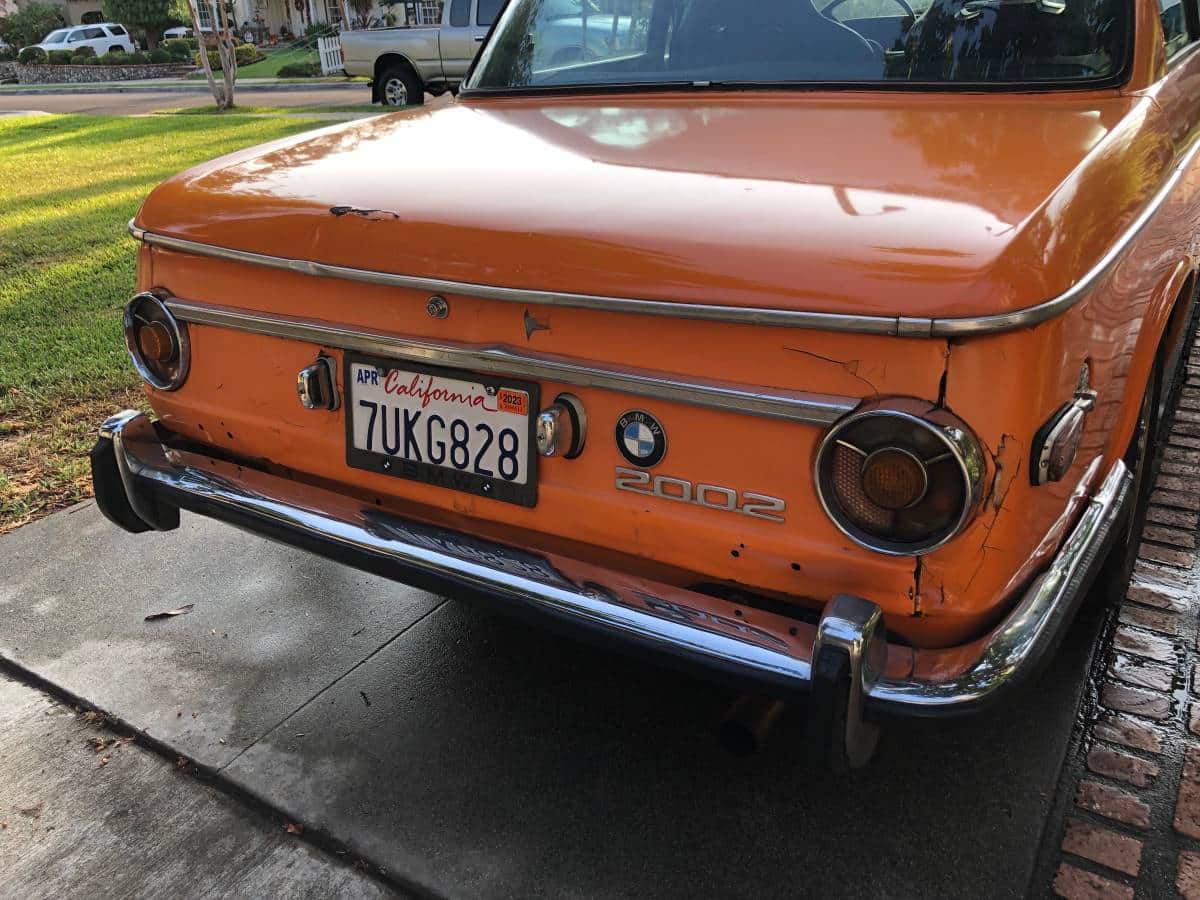 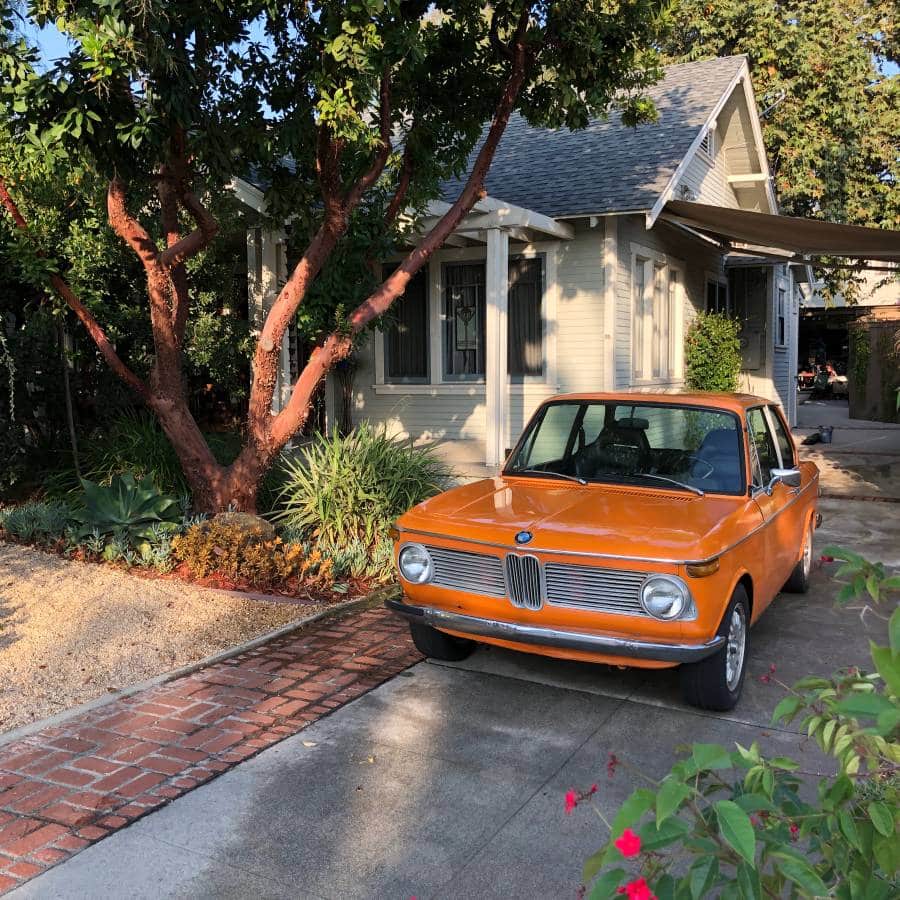 When you look at BMW’s bloated and SUV-heavy product line today, it’s hard to believe the company once made the great handling yet practical 2002 sports sedan. With comfortable seating for four, a decent-sized trunk, and great performance, the BMW 2002 was the catalyst for what would become an attitude change among American car buyers by the early 1980s.

This Tangerine over black 1973 BMW 2002 listed here on Craigslist in Pasadena, California, appears to be a driver-quality example. Unfortunately, the limited pictures and the title marked as “Salvage” have us asking more questions than the current listing answers. Consequently, you’ll need to get the answers from the seller.  This example appears to be a base model in stock condition, save for the aftermarket front seats.

Currently offered for $16,500, Classic.com, the analytics and search engine for the collector car market, confirms the ask is well below the one-year rolling average of this guide’s summary for all BMW 2002 Base coupes produced between 1968 and 1976.  By clicking on the green dots in the graph below, you can navigate to each comparable car sold as a way to help you evaluate the price of the Bimmer featured here:

As a second data point, the  Collector Car Market Review Online Tool reveals the seller’s ask falls between this guide’s #3 “Good” estimate of $13,750 and its #2 “Very Good” appraisal of $20,500. That ask seems a bit rich for a salvage title car with clear damage to the rear end.

BMW produced its o2 Series of compact two-door sedans from 1966 through 1977, when the first generation three-series replaced it.  Known as a compact executive car in Europe, the 2002 became stateside’s better-known sports sedan.  Helmut Werner Bönsch, BMW’s director of product planning, and Alex von Falkenhausen, designer of the M10 engine, each had a two-liter engine installed in a 1600-2 for their respective personal use. When they realized they had both made the same modification to their own cars, they prepared a joint proposal to BMW’s board to manufacture a two-liter version of the 1600-2.  At the same time, American importer Max Hoffman asked BMW for a sporting version of the 02 series that could be sold in the United States.

As per the larger coupe and 4-door sedan models, the 2.0 engine was sold in two states of tune: the base single-carburetor 2002, producing 101 horsepower, and the dual-carburetor high compression 2002 ti producing 119 horsepower.  The YouTube Channel Everyday Driver conducted a review several years ago of a similar 1976 2002 that provides some great clips of the car at speed through turns:

The seller of this 1973 BMW 2002 for sale indicates that their car has been driven daily for many years and features a modified suspension.  Other than the rear-end damage, it does appear to be an otherwise solid California car.  The seller claims that salvage titles are typical for cars of this age. We’ve never heard that before, but if it is truly a California thing, please let us know by commenting below.

If you are serious about buying this BMW, you can start the conversation by emailing the seller.  When you connect, please remember to mention you saw their Base 2002 featured here on GuysWithRides.com. Good luck with the purchase!

“Meet Inca, the 1973 BMW 2002. The Tangerine Dream. This zippy daily driver runs great and gets looks everywhere she goes.

Inca has been lowered and fitted with sway bars, upgraded suspension, a bigger aftermarket radiator, electronic ignition and an Ireland exhaust. Cornering is real tight.

As this gem has been a daily driver for a number of years she of course has imperfections, and would need some love in order to make her a full restoration.

She’s a blast to drive and would love to make her new home with you!

Current title is in my name, though is savaged, as is typical for cars of this age.

Restoration candidate or Daily Driver: What would you do with this 1973 BMW 2002?  Please comment below and let us know!