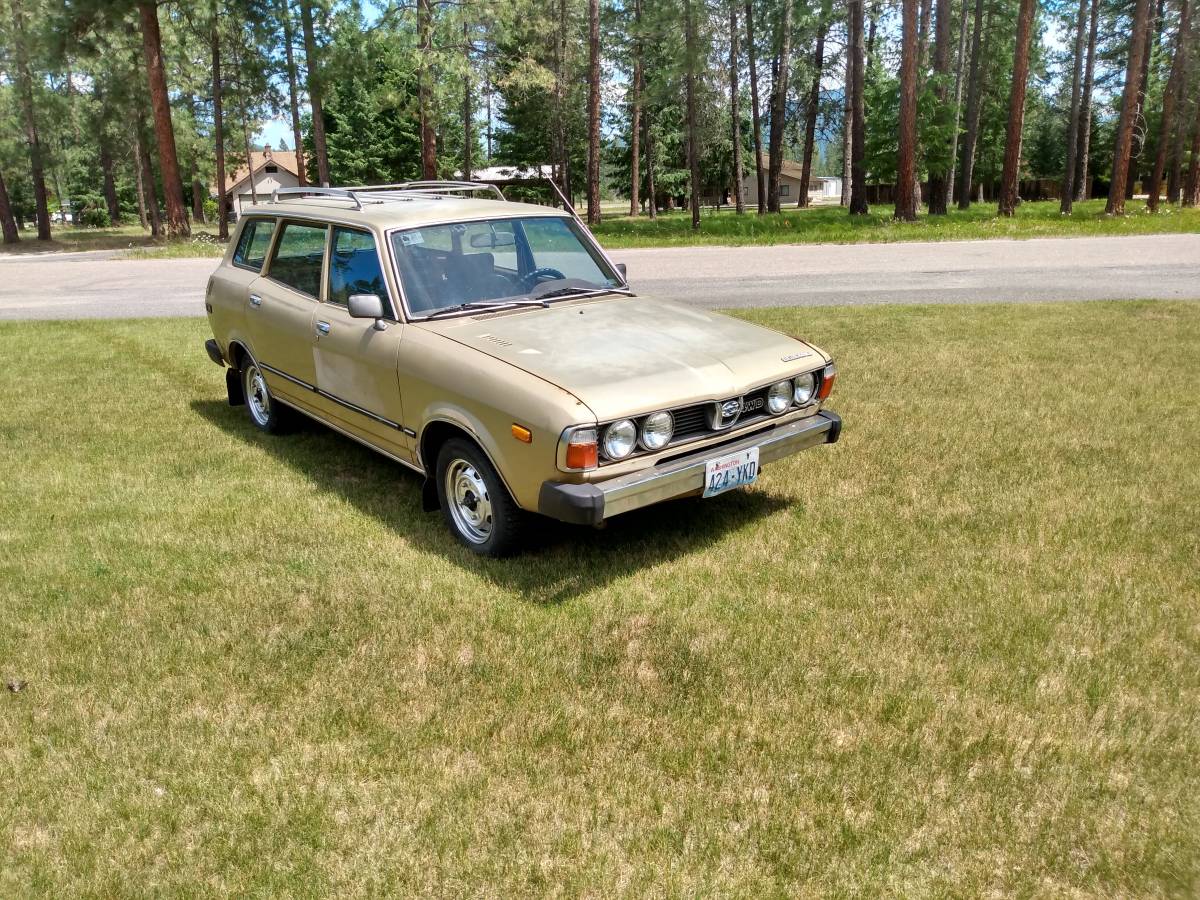 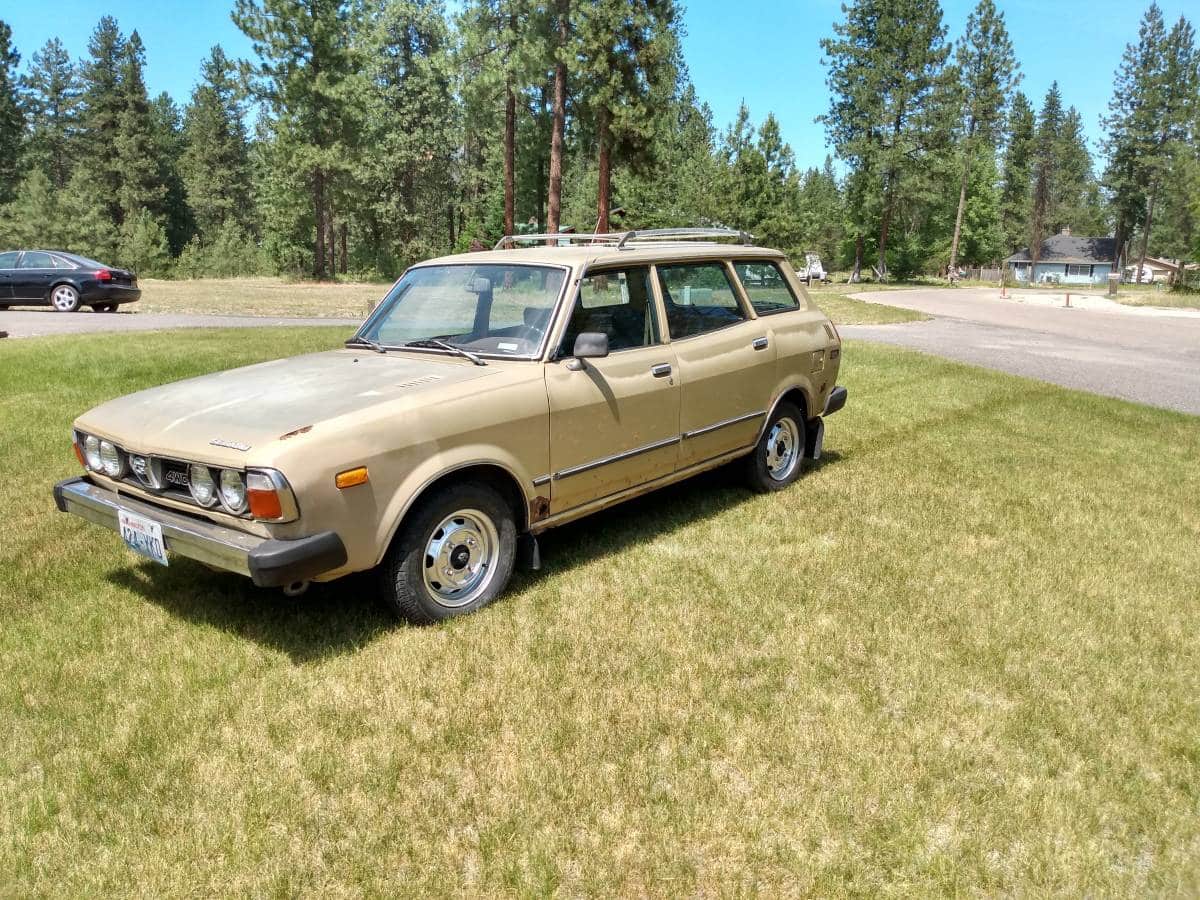 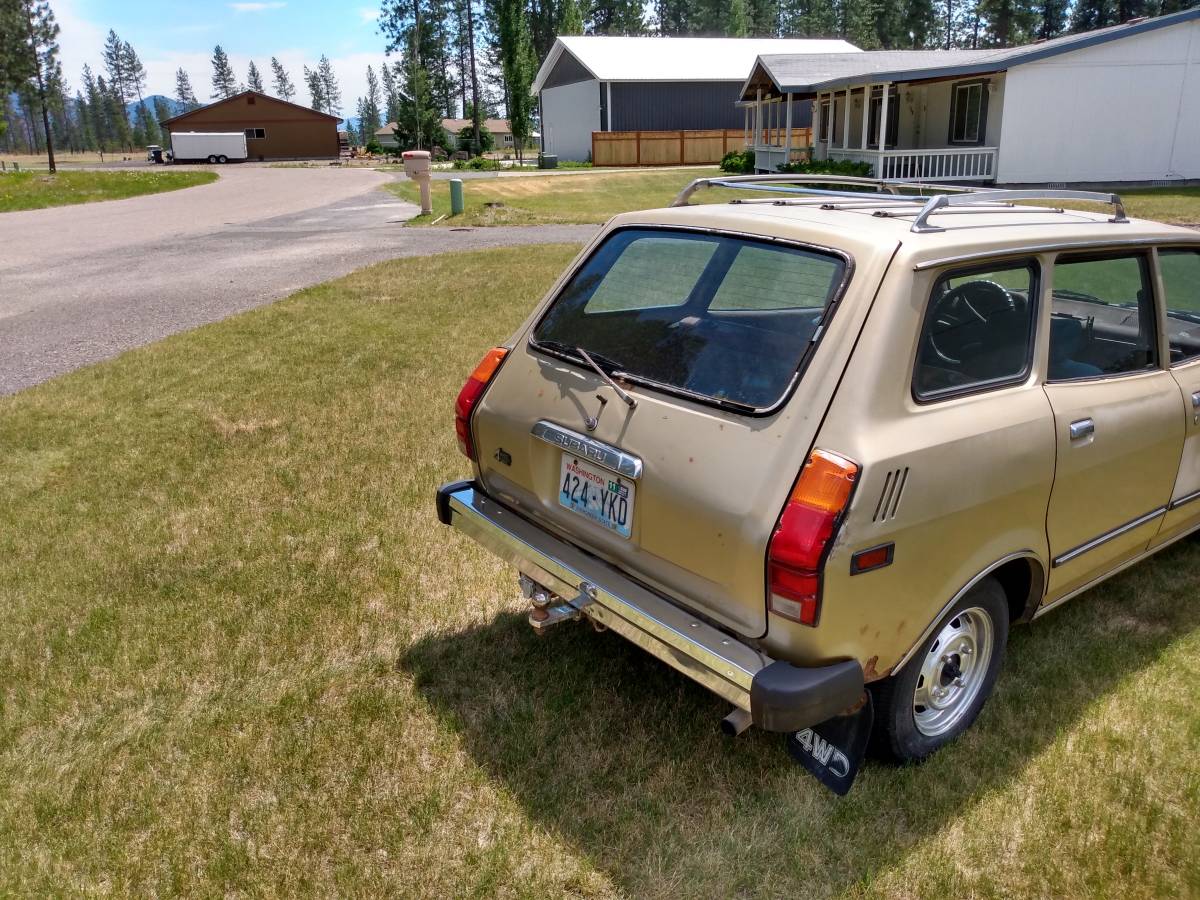 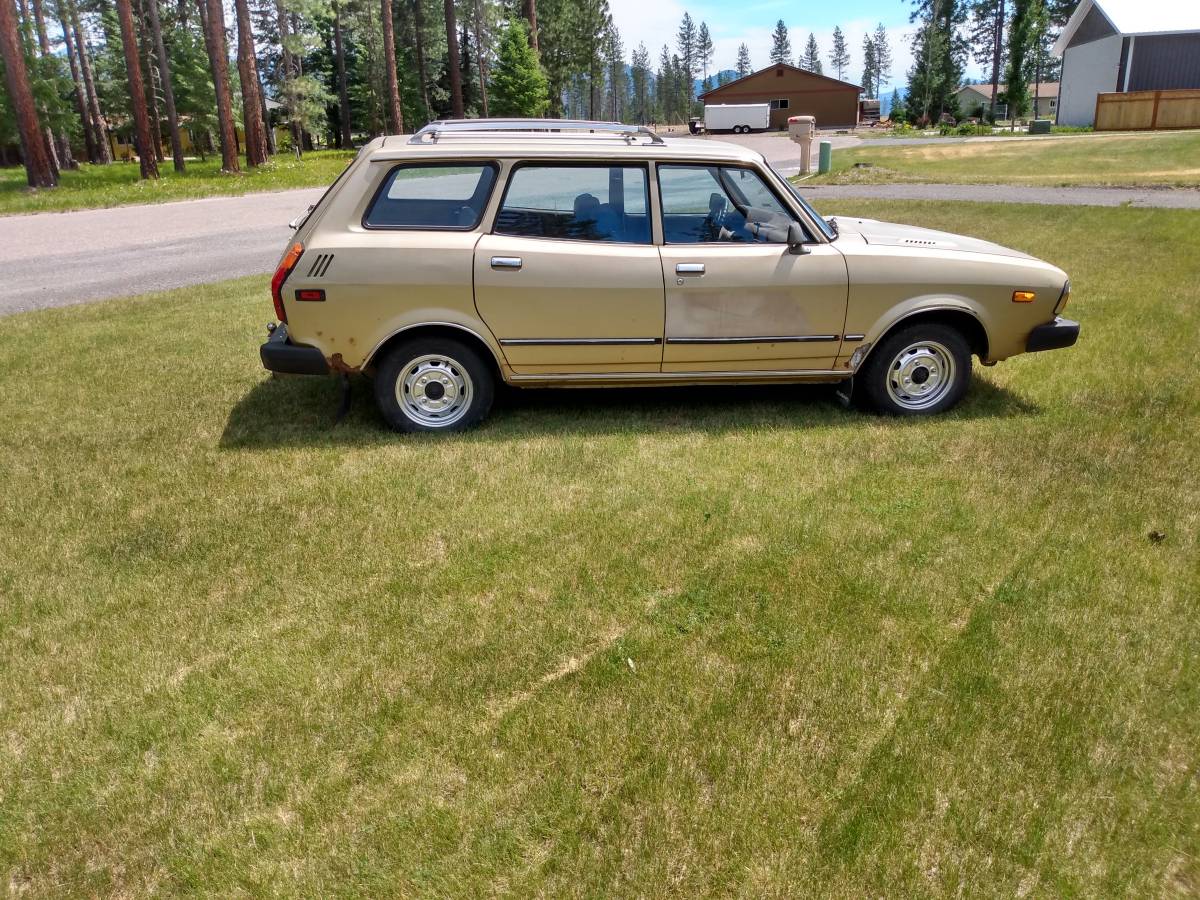 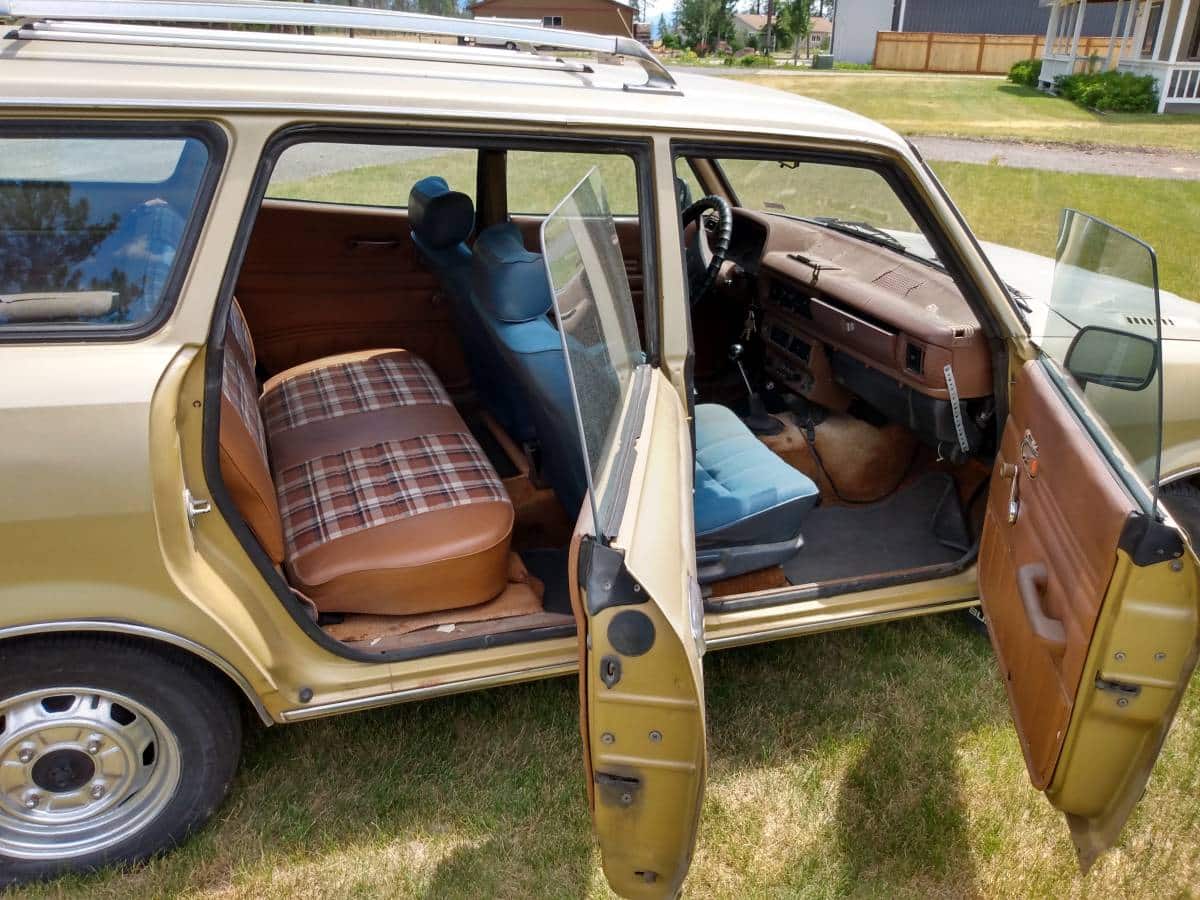 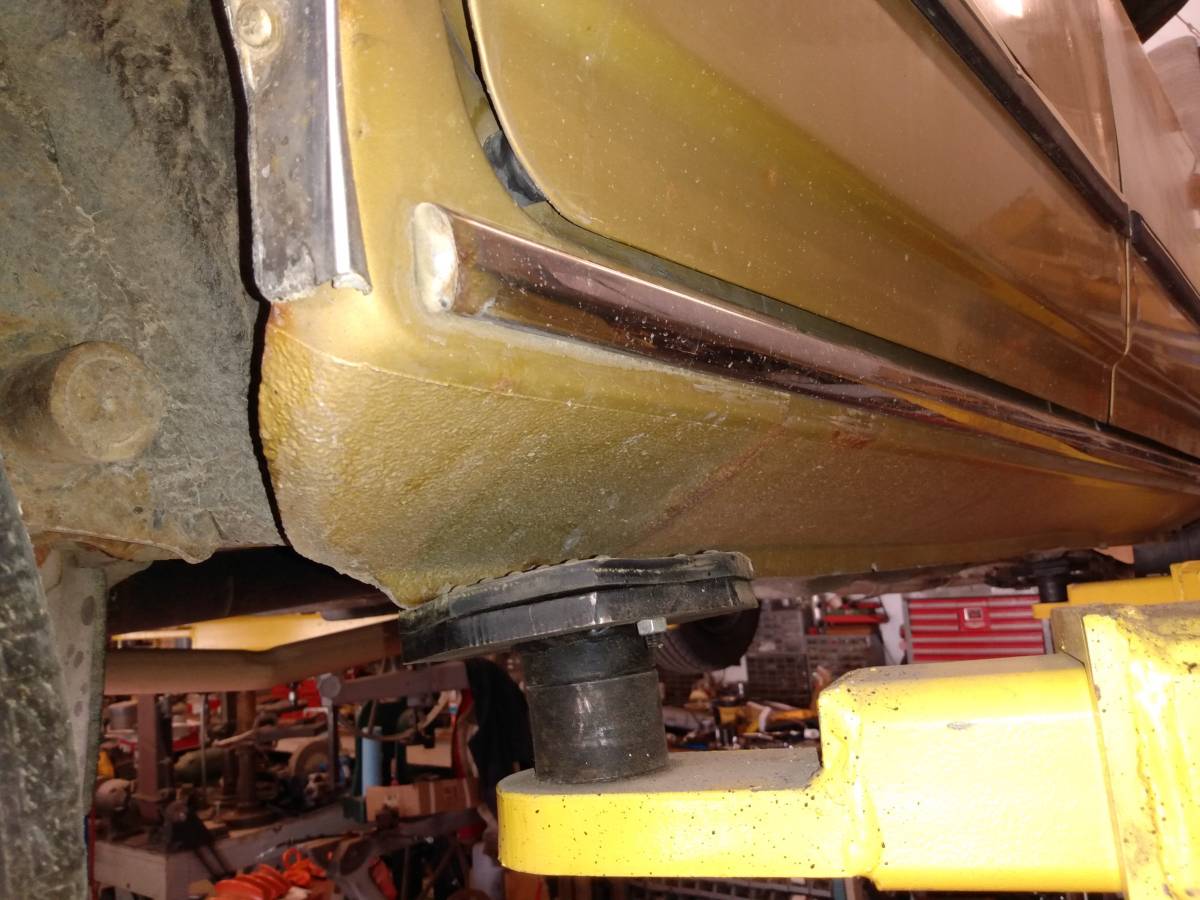 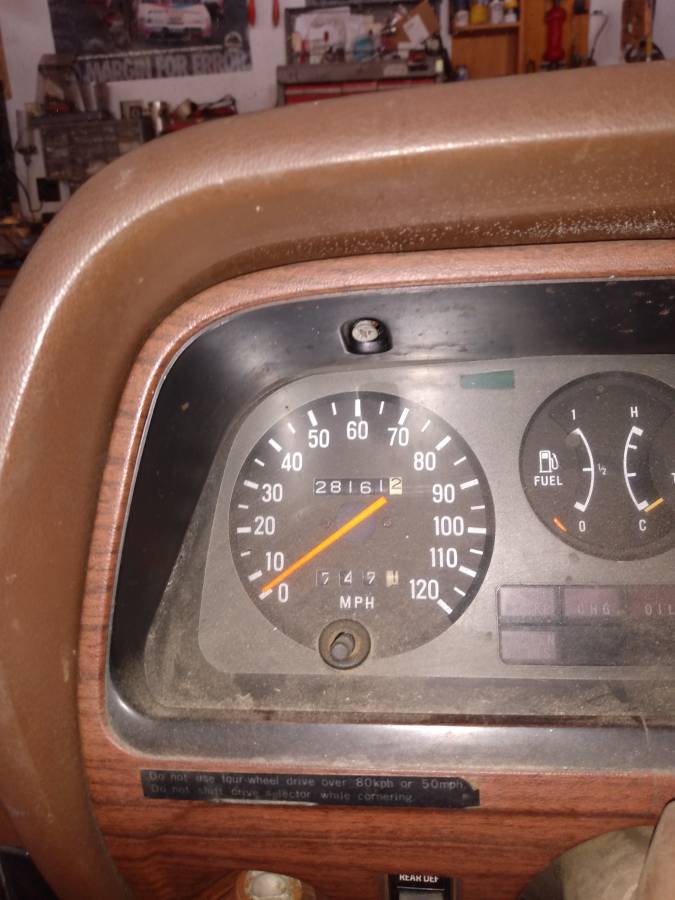 The Subaru Leone, better known simply as the DL in North America, proved to be a tough, fuel-efficient, four-wheel-drive alternative to the gas-guzzling SUVs of the period.  Growing up in the snow belt of Western New York, one friend had a ’77 Subaru DL Wagon as his first car hand-me-down from his parents when he turned sixteen.  He drove the car like he hated it.  I mean really hated it. On road, off-road. It simply would not die.  Like most Japanese cars of the period, the inferior steel used was no match for the heavily salted roads of Western New York. Consequently, you just don’t see many of these 1970s vintage Subarus anymore.

Consequently, coming across this 1979 Subaru DL 4WD wagon here on Craigslist in Chewelah, Washington (Spokane) brought back those memories.  The seller reports that their Subaru is a one-family-owned example that spent half of its life in California before winding up in Washington state.  Another plus is that this example features air conditioning.

Currently offered for the reduced price of $2,995, Classic.com, the analytics and search engine for the collector car market, confirms the ask is well below the five-year rolling average of this guide’s summary for all body styles of first-generation Subaru Leones produced between 1972 and 1981.  By clicking on the green dots in the graph below, you can navigate to each comparable car sold as a way to help you evaluate the price of the Subaru featured here:

Subaru produced its first generation of the compact Leone line between 1972 and 1981.  The word leone is Italian for lion. Subaru released the Leone as a replacement for the Subaru 1000 and was the predecessor of the Subaru Impreza. All Leones were powered by the Subaru EA boxer engine. Most cars were equipped with optional four-wheel drive. At the time of its introduction, the Leone was Subaru’s top model until 1989, when the company introduced the larger Legacy.

Although released in Japan and some export markets such as Leone, this was the only vehicle sold internationally by Subaru for many years, where the brand’s smaller Kei cars (Rex, Vivio, R-2, 360, and Sambar) were not commonly sold. As a result, in major markets such as Australia, Europe, and North America, it was instead identified with a trim level designation, some of which included: DL, GL, GLF, GLF5, GL-10, and RX. The car is thus often referred to simply as the Subaru GL or the Subaru L series.

Subaru first introduced Leone to the United States in 1972. In 1976 the EA63 engine was replaced with the 1.6-liter EA71 engine. The EA71 engine was originally installed in cars equipped with automatic transmission but eventually supplanted the EA63 across the entire range of vehicles in the US and Australia. Using Subaru’s new SEEC-T technology meant that a catalytic converter was not necessary, lowering cost and enabling the use of leaded fuel. Power in 49-state (US) trim was 67 horsepower at 5200 rpm (two horsepower less in California), although drivability and gas mileage suffered distinctly from the emissions equipment.  The Wagon was also available with four-wheel drive, beginning with the 1977 model year.

A print ad for the 1973 Subaru GL coupé referred to the engine as “quadrozontal” The large bumpers required in the United States sat on hydraulic units; these were not a part of the original design and thus intruded considerably into the luggage compartment.

Late in 1977 saw, the introduction of the Subaru BRAT as a 1978 model. This was a two-seater body with a pickup truck bed, with two seats welded into the bed to evade the so-called chicken tax on light commercial vehicles.  It brought the U.S. lineup to eight models in three trim levels. Most were in the volume DL trim except a base two-door and the GF hardtop and 4WD models, which shared a higher specification. For 1979, a decontented DL 4WD wagon and Brat were added along with fancier GL four-door sedan and 2WD wagon models bringing the total to twelve, the original fully equipped 4WDs also getting the DL designation.

The Memory Museum YouTube Channel features this classic 1979 Subaru commercial when the company still used the tagline “Inexpensive. And Built to Stay That Way.”

With a solid body, family provenance, and what appears to be extremely low miles, we hope a Subie fanatic takes on the task of restoring this 1979 Subaru DL 4WD Wagon as our hate over the years has turned to love for these diminutive tanks.

If you are serious about buying this DL 4WD Wagon, you can start the conversation by calling Steve at (509) 935-4692.  When you connect, please remember to mention you saw his Subaru featured here on GuysWithRides.com. Good luck with the purchase!

“Offered is a 1979 Subaru DL Wagon in great shape. This is a survivor car that has a history of one owner family and was originally sold in California and then moved to Washington 20 years ago. No road salt rust damage on any of the floor boards or inter structure areas as is normally found. It is complete with a 1600 CC motor that runs great and air conditioning. It has the desirable 4 speed manual transmission and the 4-wheel drive selector lever. Original paint. All glass is original and in great condition. Body is very straight. Paint is faded Some minor surface rust is very repairable plus I have 2 great front fenders for it. Undersides are all excellent. See the pictures. This is a great winter car or restoration project! These cars will go almost anywhere and run economically. All original with the exception of the front seats and I have a stock set and new dash pad to fix the sun fade. Clean Washington Title in hand.
If this add is still up it is still available.
(PLEASE CALL ONLY!) I do not respond to text messages due to Spam. Come look, I Just dropped the price! cash Steve”

Restore or Drive to the Ground: What would you do with this 1979 Subaru DL 4WD Wagon for sale?  Please comment below and let us know!