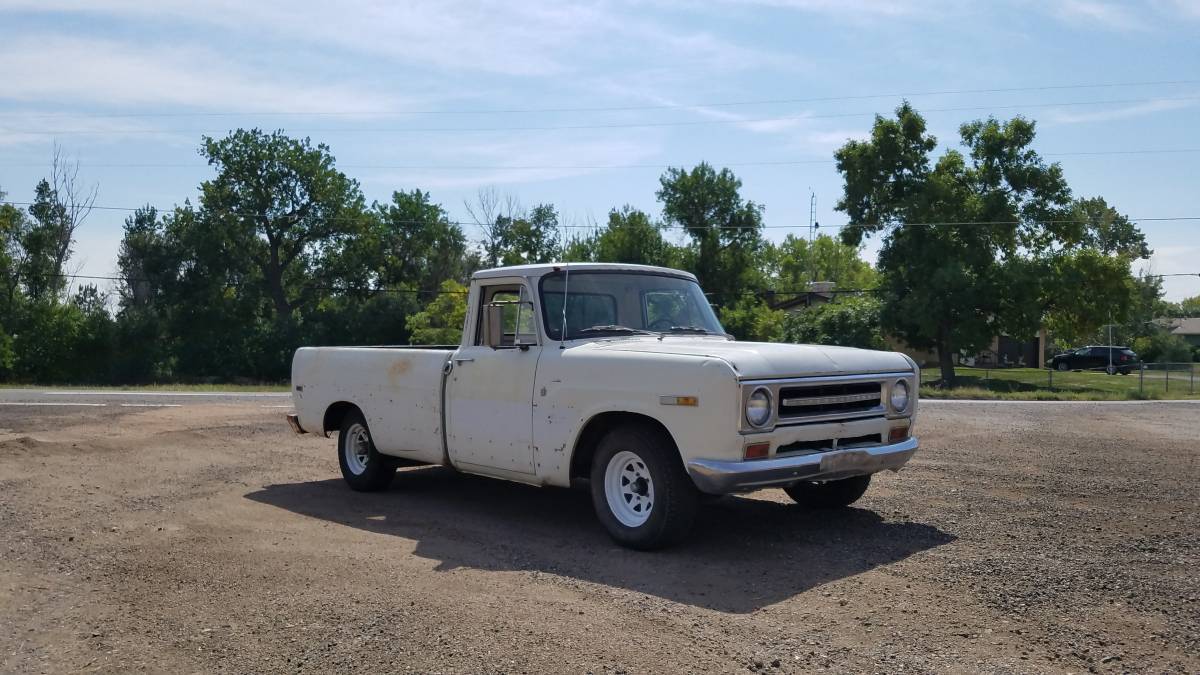 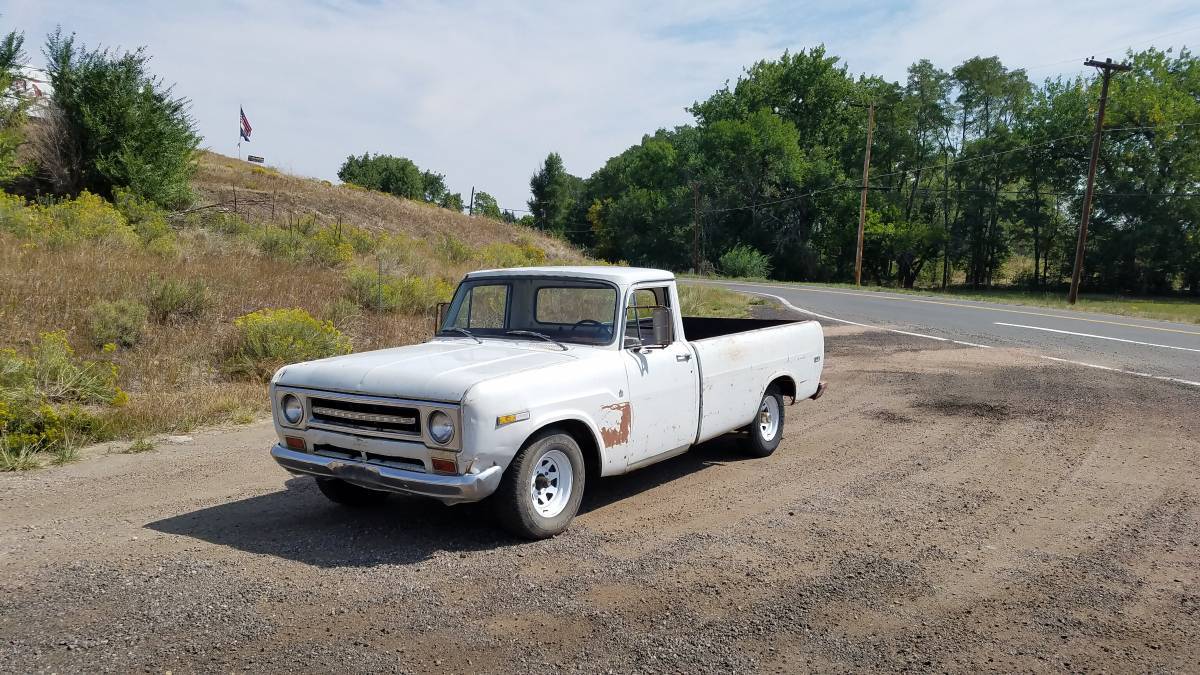 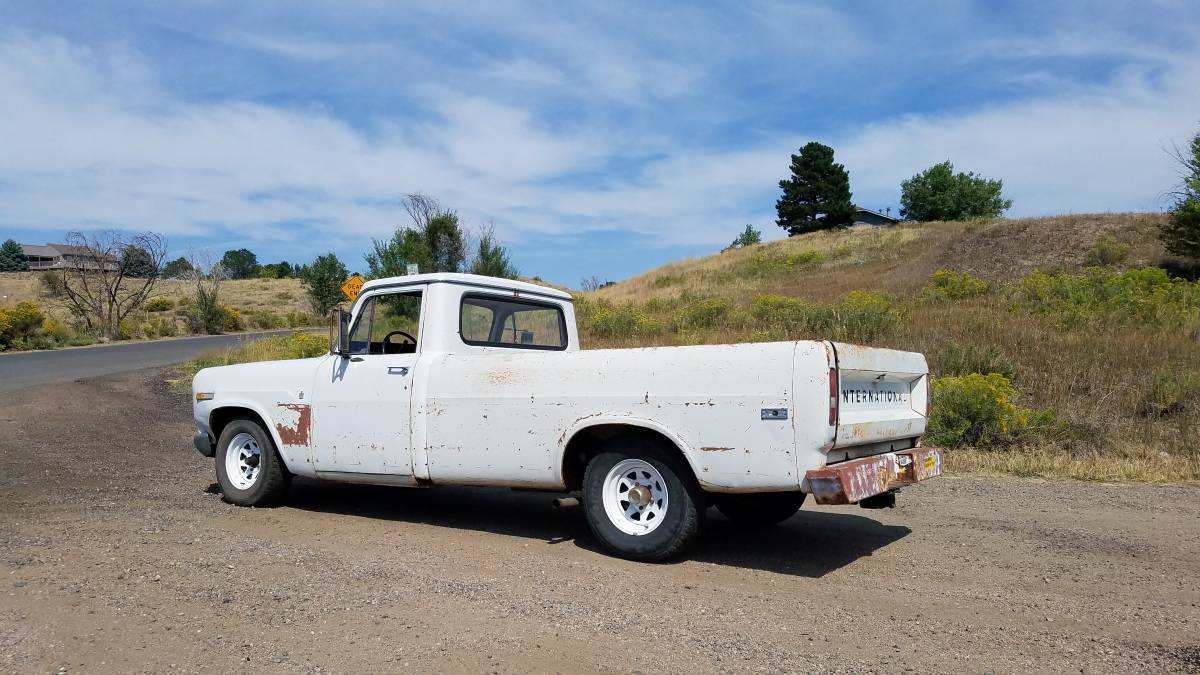 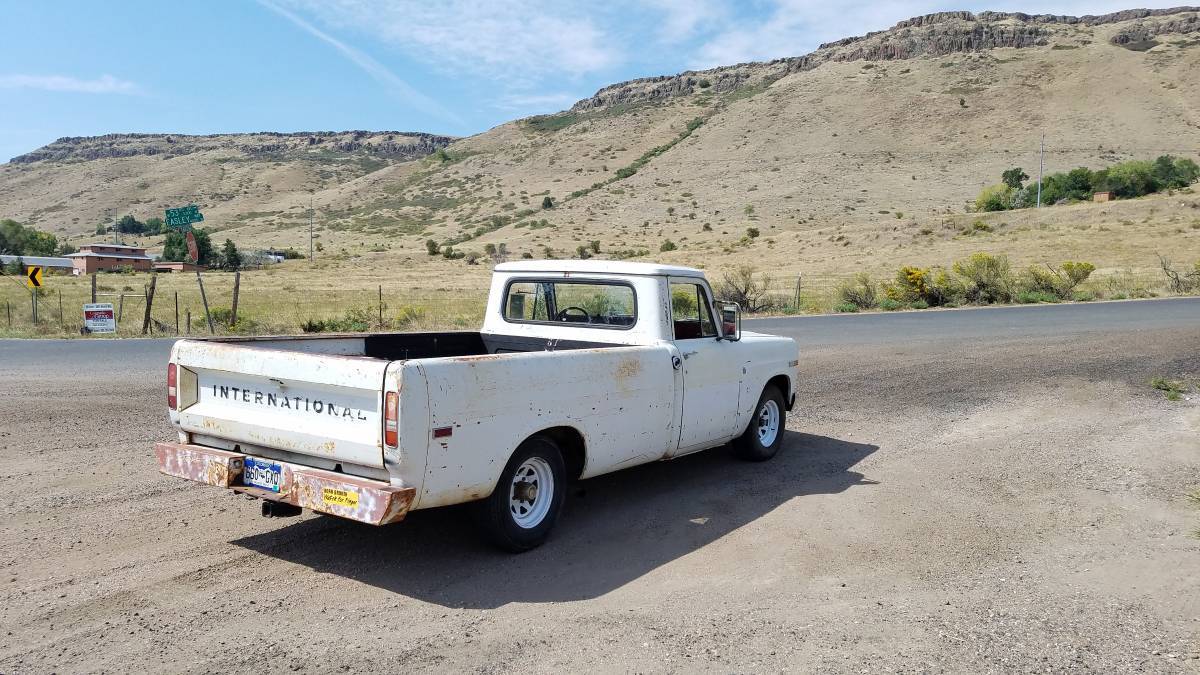 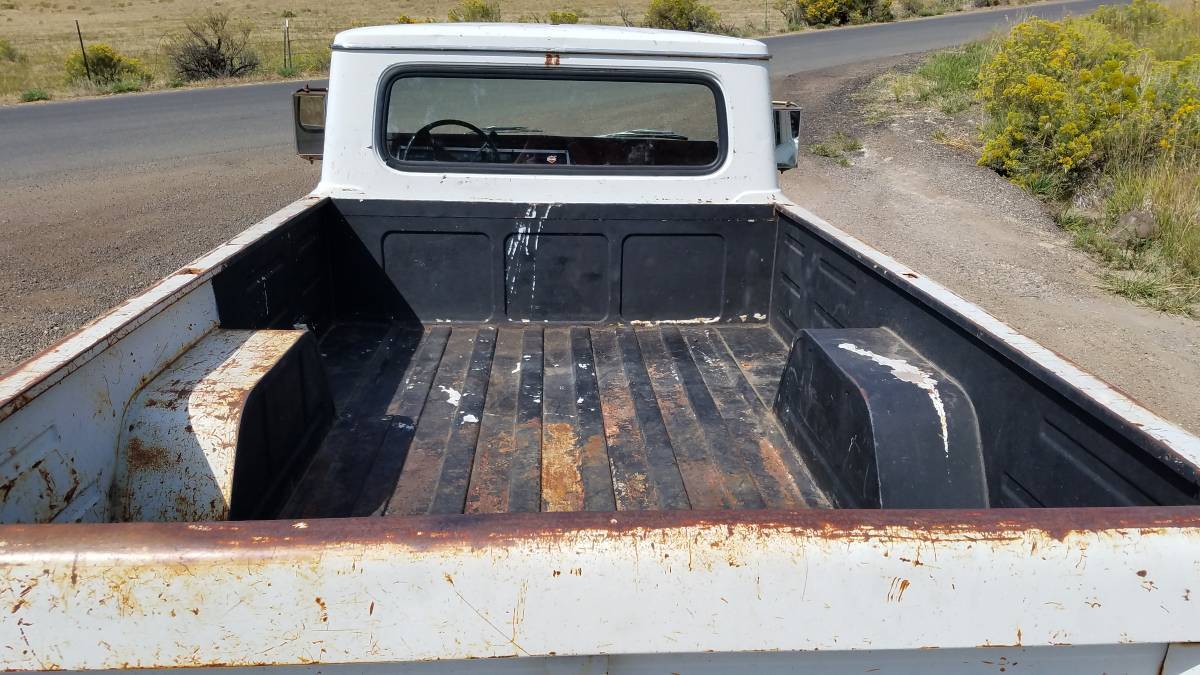 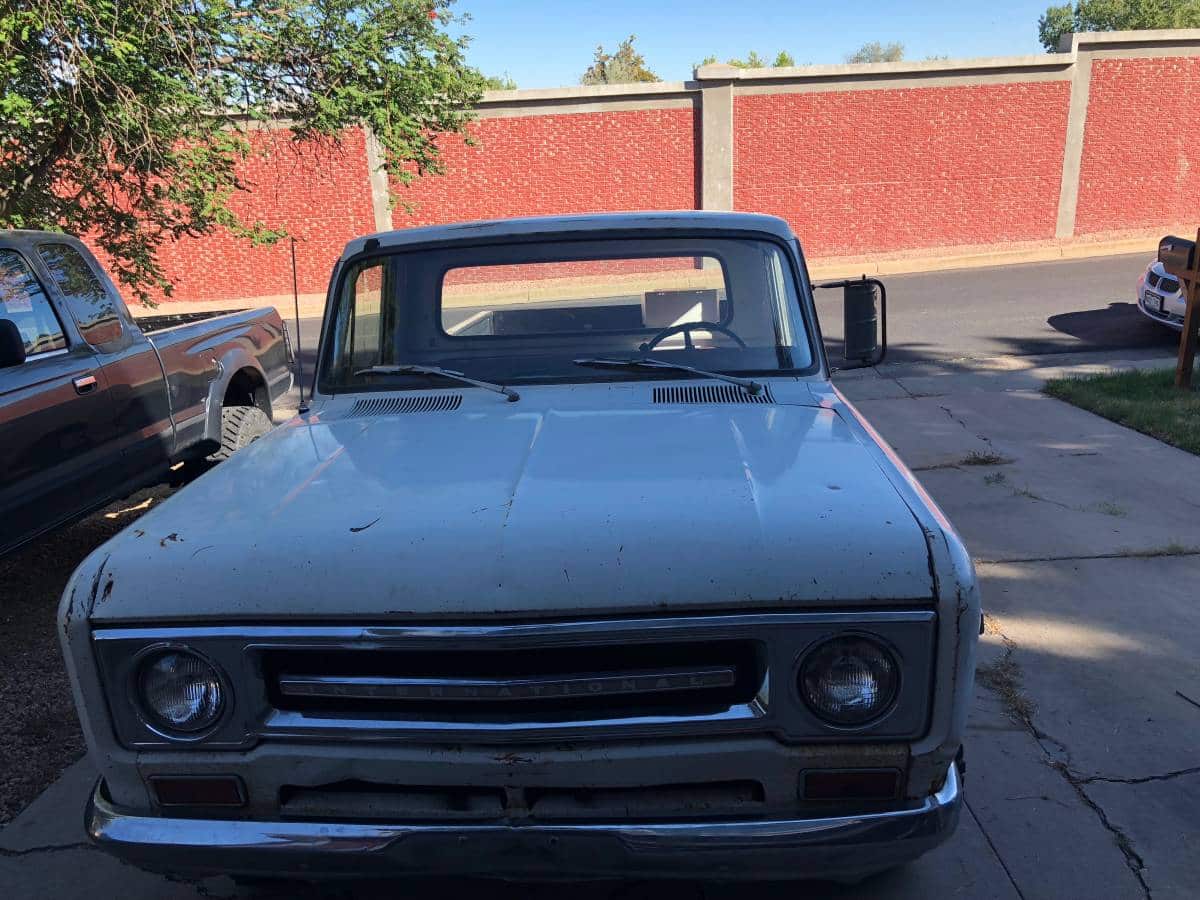 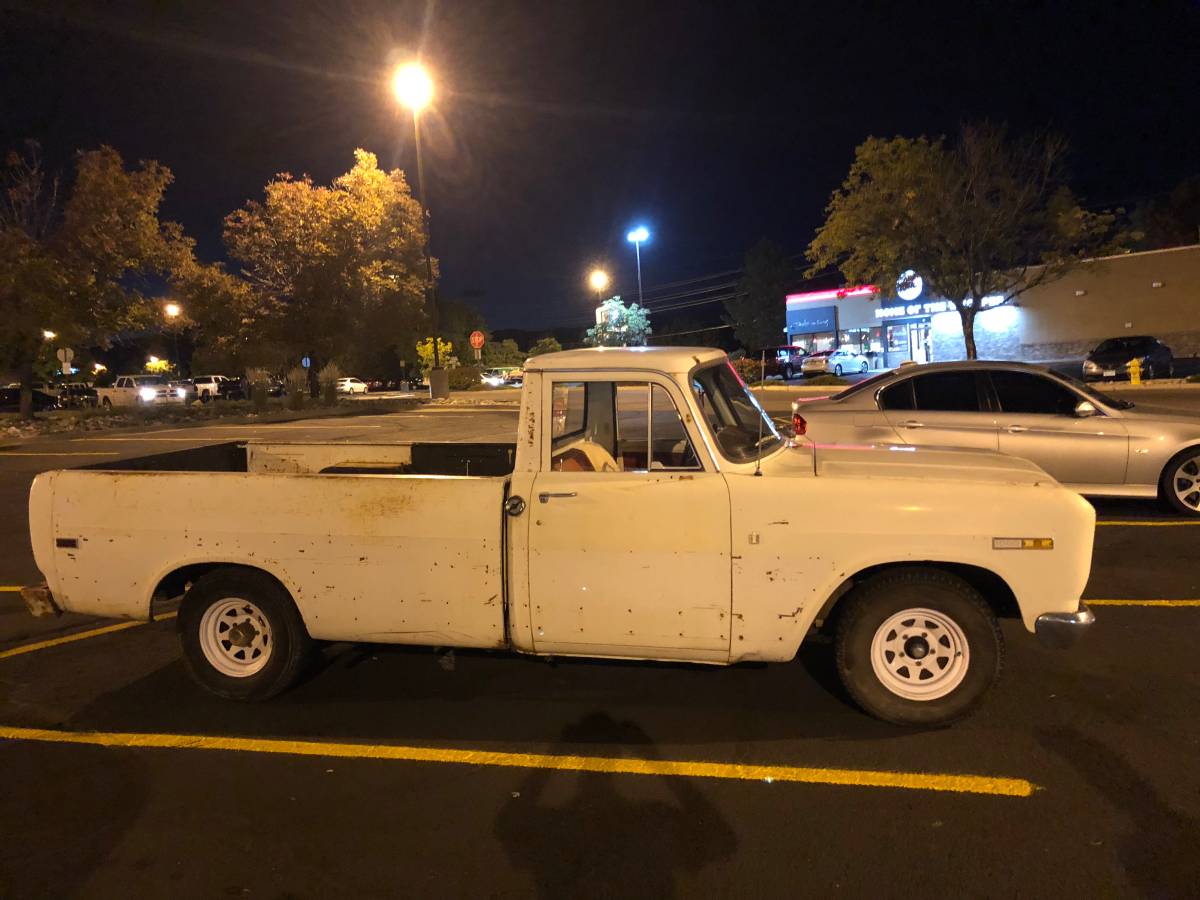 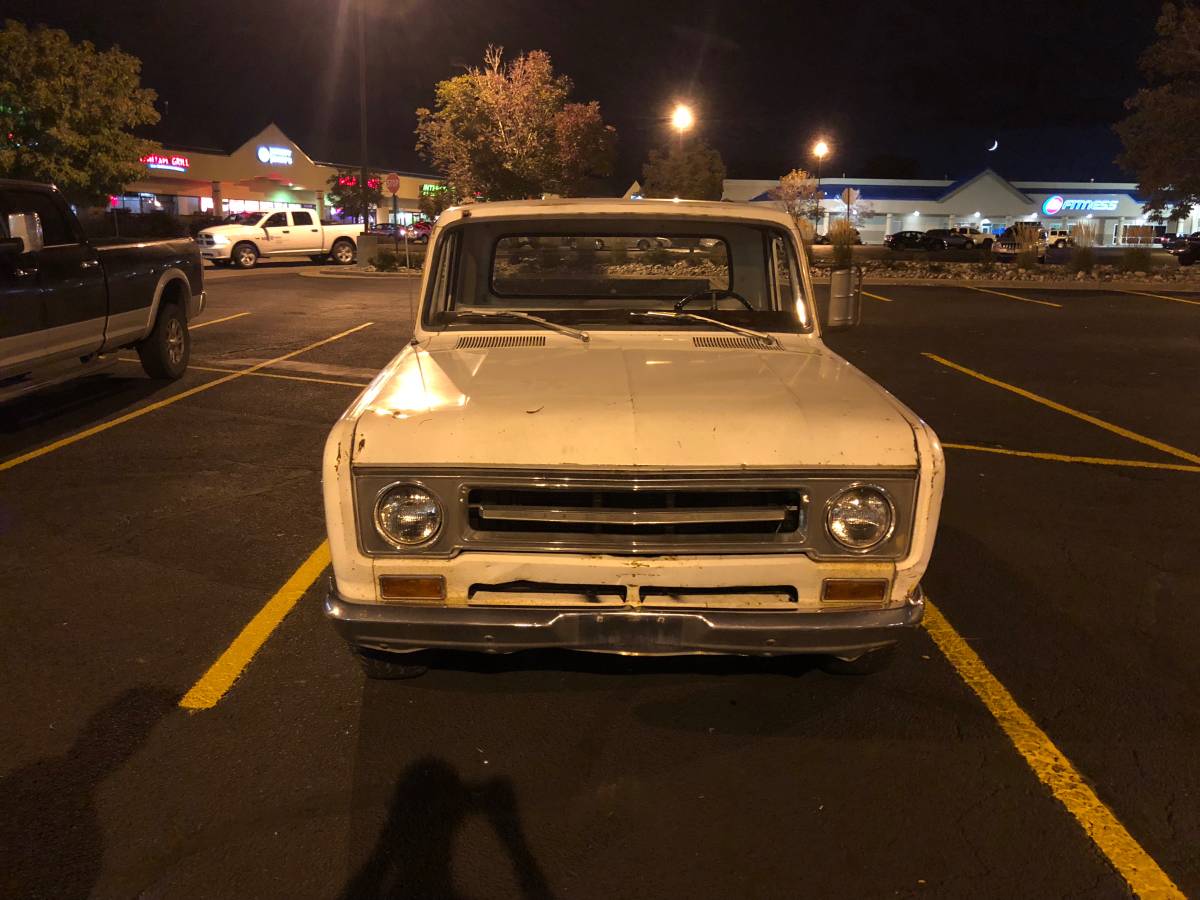 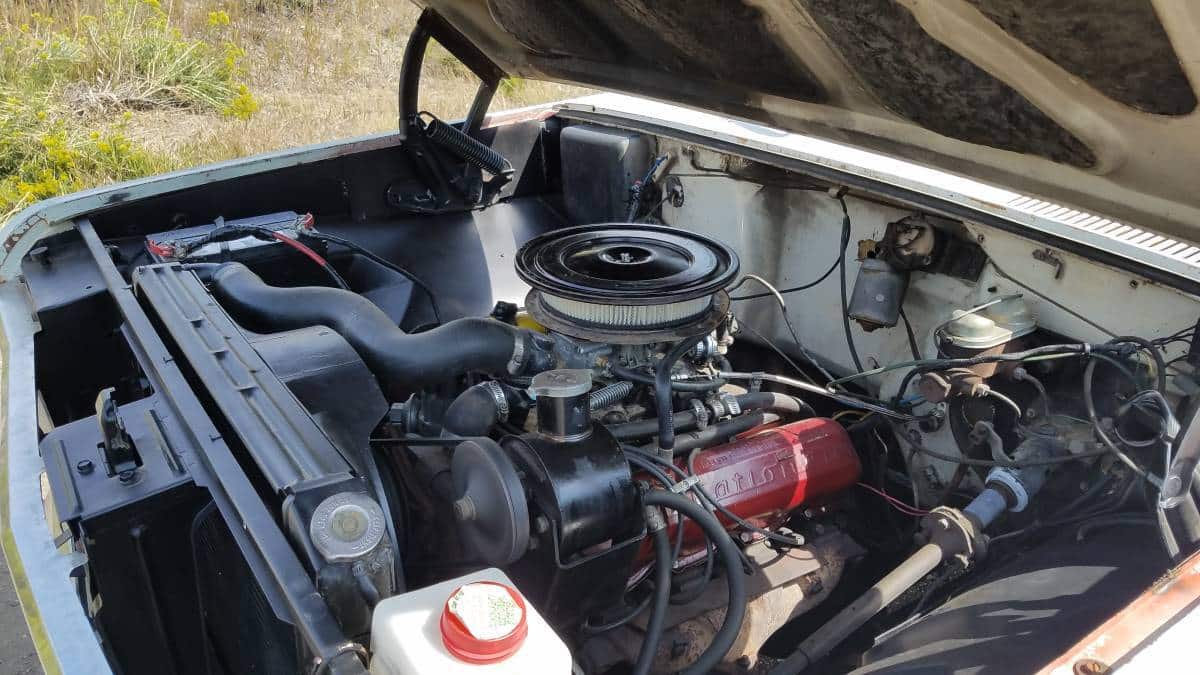 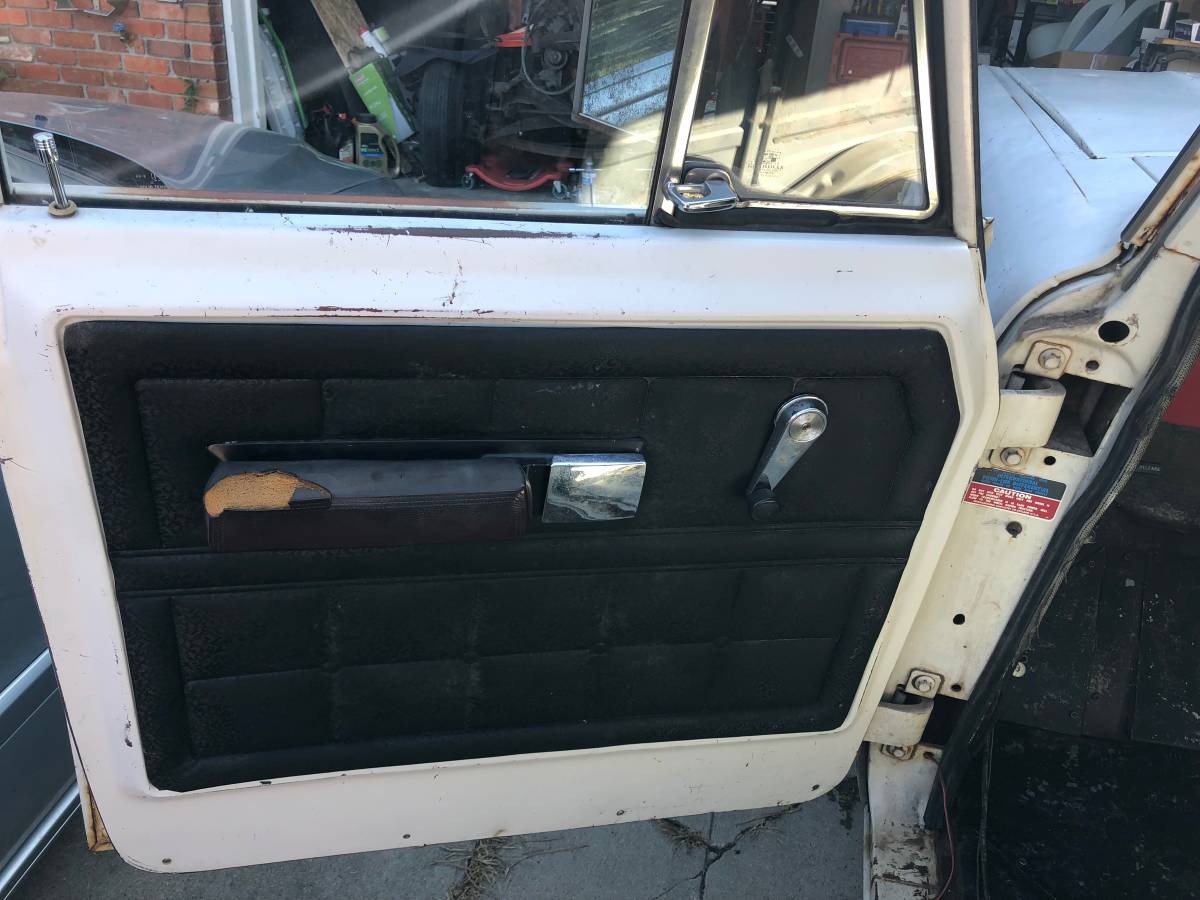 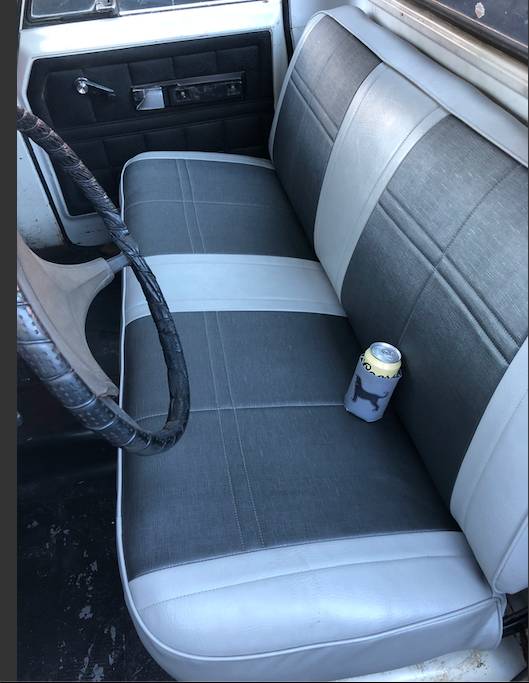 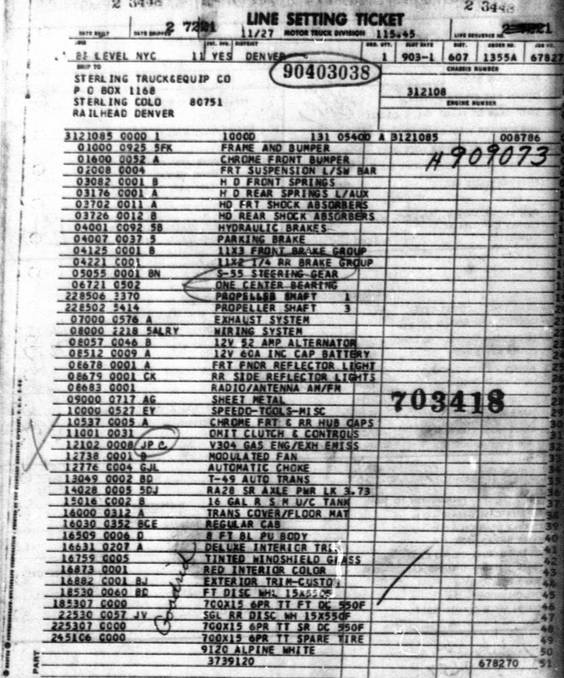 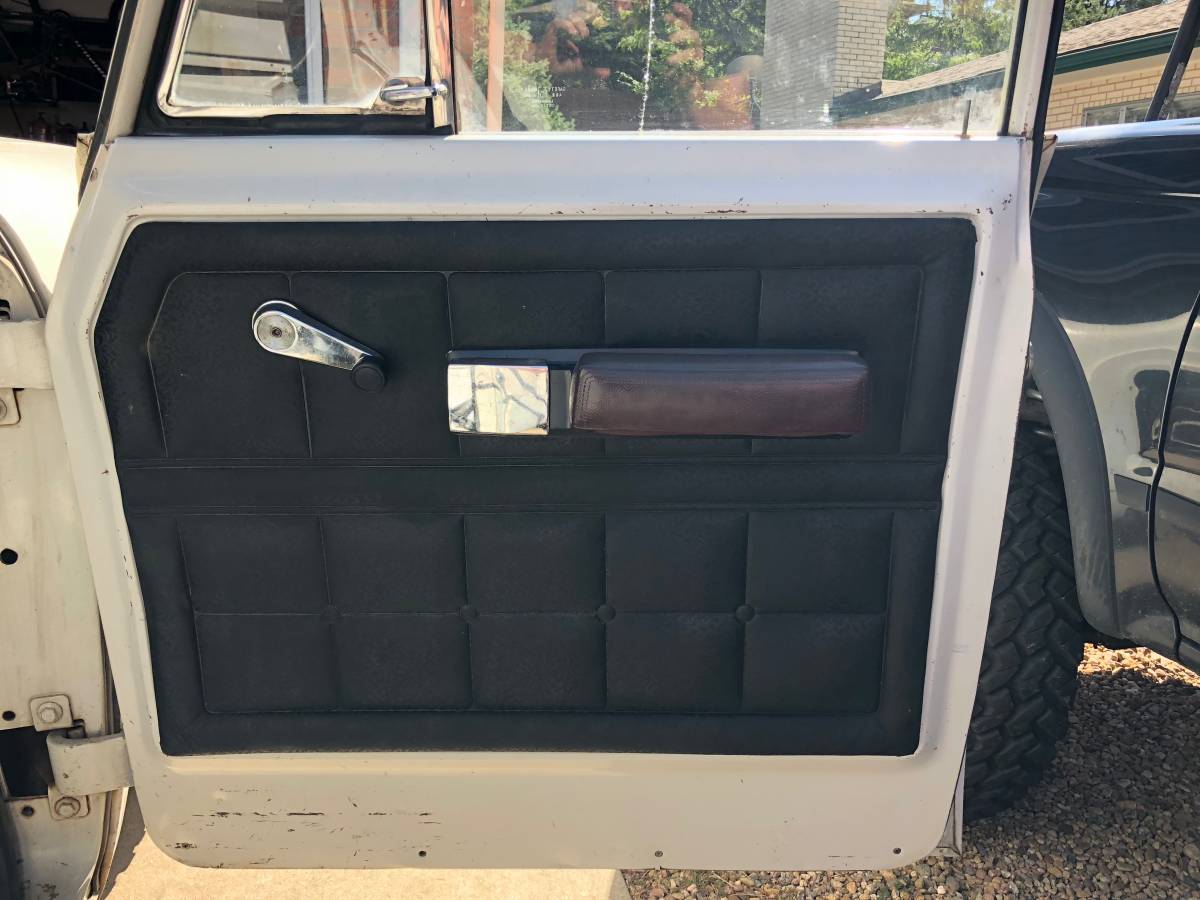 January 2, 2023, Update – We confirmed the listing for this “Classifind” expired, so with no replacement found, we’re assuming this ride is “Sold?” While this one got away, please reach out either by email or call us directly if you’d like to be informed when we come across something similar.

Many car brands received nicknames from their loyal owners over the years.  Perhaps the most well-known that doesn’t need explanation is “Chevy.”  A more obscure reference out of the midwest is “Corn Binder,” which these days is a nickname applied to just about anything ever produced by International Harvester (“IH”), even to its non-commercial light trucks.

Our latest Corn Binder find is this 1970 IH 1000D 1/2 ton long bed pickup originally listed in November 2022 on Craigslist in Arvada, Colorado (Denver). In addition to featuring what appears to be a very solid but patina’d body, the seller reports their IH features a rebuilt 345 cubic inch V8 topped with a brand new two-barrel carburetor.  In addition to power steering, this two-wheel-drive D-Series IH features the more desirable independent front suspension.

Once offered for $6,500, Classic.com, the analytics and search engine for the collector car market, confirms the ask is well below the five-year rolling average of this guide’s summary for D-Series IH pickups produced between 1969 and 1975.  By clicking on the green dots in the graph below, you can navigate to each comparable car sold as a way to help you evaluate the price of the truck featured here:

As a second data point, the  Collector Car Market Review Online Tool reveals the seller’s ask falls between this guide’s #4 “Fair” estimate of $5,200 and its #3 “Good” appraisal of $11,425 before factoring in a five percent bump for the desirable 345 cubic inch V8.

International Harvester replaced its aging C-Series light-duty pickup trucks early in 1969 with its new D-Series. The new trucks were largely re-bodied versions of their predecessors, with a square-rigged look very similar to the period Scout utility vehicle.  The Light Line of trucks featured a larger range of transmission and wheelbase options than any of its competitors, and in general, the lineup aimed to maximize adaptability.  The Light Line was also available as a bare chassis, for special-purpose applications

Sold as the 1000 through 1500 D-series, the Light Line pickup was originally offered with four of International Harvester’s own V8s, with displacements of either 266, 304, 345, or 392 cubic inches. American Motors’ 232 cubic inch inline-six engine was the standard engine. IH offered several different wheelbases (115, 119, 131, 132, 149, 156, or 164 inches). The 119-inch version (as used for the Travelall) was only available as a bare chassis. In addition to the regular cab pickup, station wagon “Travelall” bodywork was also available, as was a four-door panel van version of the wagon and a four-door pickup called the “Travelette” (only on the 149 or 164-inch wheelbase).  The standard transmission was a three-speed manual with a column shift, but there were also four- and five-speed manuals and three-speed automatics, with floor-mounted shifters optional. The automatic transmission was not available in heavier-duty models such as the 1300D and the rare 1500D. Several models were also available as a cab on a bare frame for construction of stake-bed or other applications, some with an optional dual-wheel rear end, with available load ratings up to seven tons. These larger models were not popular, with most buyers opting instead for the Loadstar models.

The Osborn Tramain YouTube Channel features this 1972 International Harvester truck commercial reminding buyers they have another choice besides Ford or Chevy:

With the prices of Chevrolet and Ford trucks now hovering above ten large for well-worn but solid examples, this 1970 International Harvester D-1000 pickup for sale makes a relatively cheap and rarer alternative for someone looking to restore a vintage pickup. If the next caretaker decides to restore this truck, there’s a good chance they can at least break even if they bring this truck back to its former glory.

I wanted to build this out and get it to a daily driver; it wouldn’t take much. Work has me traveling, and I don’t have the time it deserves. Original Colorado vehicle, sold in Sterling, CO. Rare and cool truck!
$6,500 OBO- Open to offers!“

Restore or Drive As-Is: What would you do with this 1970 International Harvester D-1000 pickup for sale?  Please comment below and let us know!