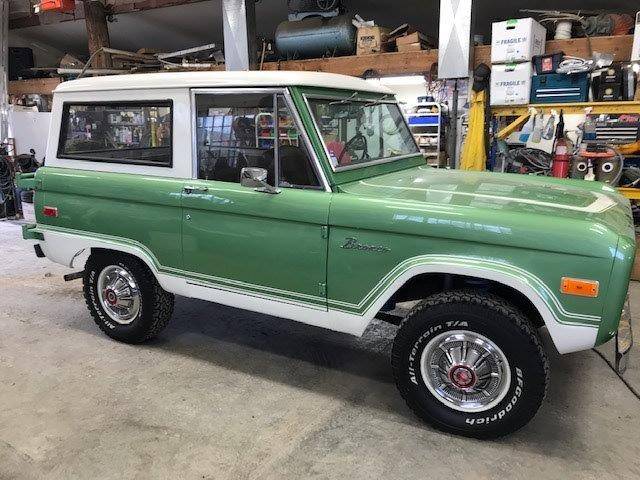 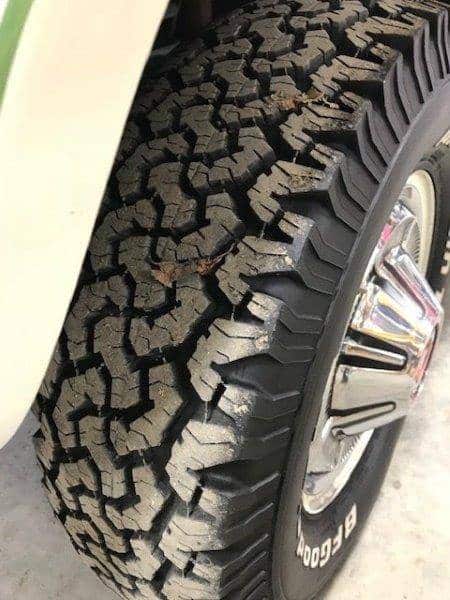 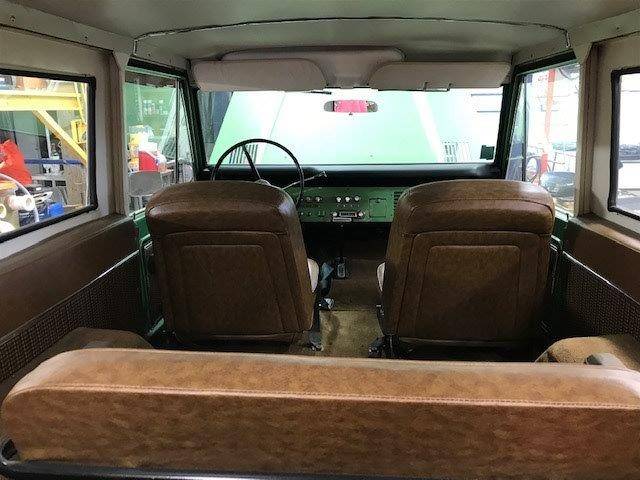 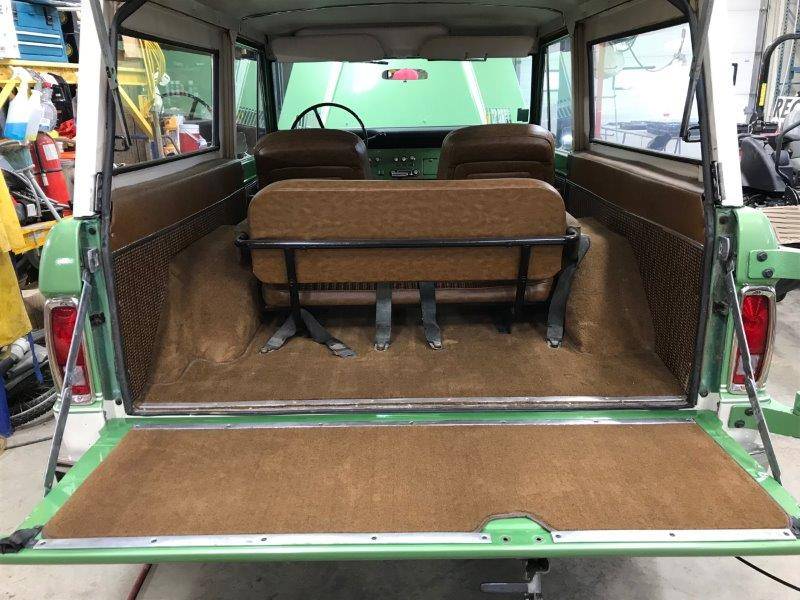 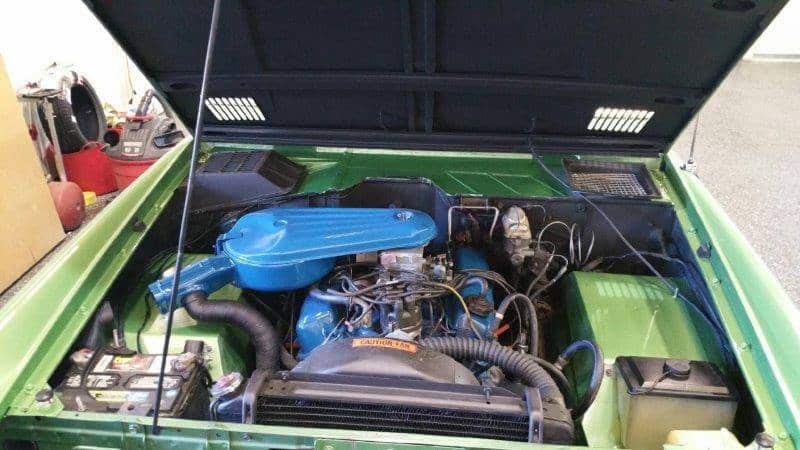 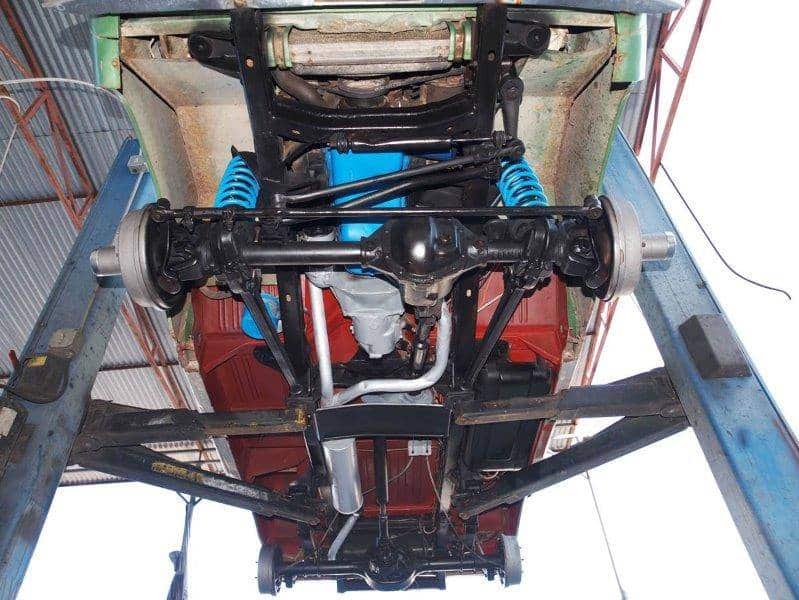 December 6, 2022 Update – Sure enough, we confirmed Craigslist flagged this listing for removal as it actually turned out to be too good to be true.

If you’ve been following vintage SUV prices over the past several years, you know first-generation Ford Broncos appreciated to ridiculous levels during that period.  Consequently, we usually pass on featuring nice examples as we genuinely believe there is a bubble in the making on these.  If you scour Craigslist ads as much as we do every day, you start to get a feel for what may be scam ads versus legitimate private-party sales.  Two red flags for scam ads tend to be a too-good-to-be-true asking price combined with duplicate ads in multiple cities.

This 1973 Ford Bronco Ranger, originally listed in November 2022 in multiple cities across the U.S., checked both of those red flag boxes for us.  First, the pictures provided show a very nicely restored, well-optioned Bronco in a desirable trim spec, complete with a small block Ford 302 cubic inch V8.  Second, the asking price of only $20,380 would have been strong money for this Bronco ten years ago. Candidly, we would not have been surprised to see $120,380 as the price in a legitimate ad.

We submit as proof the current estimate from Classic.com, the analytics and search engine for the collector car market. This source confirms the ask is well below the one-year rolling average of this guide’s summary for first-generation Ford Broncos produced between 1966 and 1977.  By clicking on the green dots in the graph below, you can navigate to each comparable car sold as a way to help you evaluate the price of the Bronco featured here:

As a second data point, the  Collector Car Market Review Online Tool reveals the seller’s ask falls between this guide’s #4 “Fair” estimate of $11,550 and its #3 “Good” appraisal of $27,200 before factoring in a fifteen percent premium for the desirable 302 cubic inch small block V8. Again, the condition of the Bronco featured here is not aligned with the asking price, and thus we believe it to be a scam ad.

Ford launched the first-generation Bronco in 1966 as a competitive response to the Jeep CJ-5 and the International Scout.   First-generation Broncos relied on a chassis developed specifically for the model range that was never shared with any other Ford or Lincoln Mercury vehicle. The Bronco’s 92-inch wheelbase placed it in between the CJ-5 and Scout in terms of size.

To simplify production, all first-generation Broncos were sold with four-wheel drive; a shift-on-the-fly Dana 20 transfer case and locking hubs were standard. The rear axle was a Ford 9-inch unit featuring Hotchkiss drive and leaf springs; the front axle was a Dana 30, replaced by a Dana 44 in 1971.  In contrast to the Twin I-Beams of larger Ford trucks, the Bronco used radius arms to locate the coil-sprung front axle, along with a lateral track bar, allowing for a 34-foot turning circle, long wheel travel, and anti-dive geometry (useful for snowplowing). A heavier-duty suspension system was an option, along with air front springs.

At launch, all Broncos featured a 170-cubic-inch inline-six derived from the Ford Falcon. The 105-horsepower engine featured solid lifters, a 6-US-quart oil pan, a heavy-duty fuel pump, an oil-bath air cleaner, and a carburetor with a float bowl compensated against tilting. In March 1966, a 200-hp 289-cubic-inch V8 was introduced as an option.  For the 1969 model year, the 289 V8 was enlarged to 302 cubic inches, remaining through the 1977 model year. In 1973, a 200 cubic-inch inline six became the standard engine, offered through 1977.

As a central theme of the first-generation Bronco, the styling was simple and cost-effective. All glass was flat, bumpers were straight C-sections, and the left and right door skins were symmetrical (before the fitment of door-mounting hardware).  At launch, Ford offered three Bronco body configurations: a two-door wagon, a half-cab pickup, and an open-body roadster. With a base price of $2,194 ($20,055 in 2022 dollars), the Bronco included very few amenities as standard. However, a large number of options were offered through both Ford and its dealers, including front bucket seats, a rear bench seat, a tachometer, and a CB radio, as well as functional items such as a tow bar, an auxiliary gas tank, a power take-off, a snowplow, a winch, and a posthole digger.  For increased performance, aftermarket accessories included campers, overdrive units, and the usual array of wheels, tires, chassis, and engine parts.

Based on the limited pictures provided, this 1973 Ford Bronco is a nicely optioned, V8-powered, Ranger-trimmed example that has been properly restored and has not been cut up.  We’d believe the ad if the price were $120,380 and not the current $20,380 listed.

“Bilstein shocks, manually-locking front hubs, power-assisted brakes with a dual-circuit Wilwood master cylinder. New carpeting was installed during the restoration, and the front and rear bench seats have been recovered in original-style patterns. Options include a Ford-branded AM radio and new-for-1973 power steering. 302ci V8 3-speed manual transmission. The truck was optioned with the Ranger package from new.​“

Scam or Serious: Do you think this 1973 Ford Bronco ad is legit?  Please comment below and let us know!