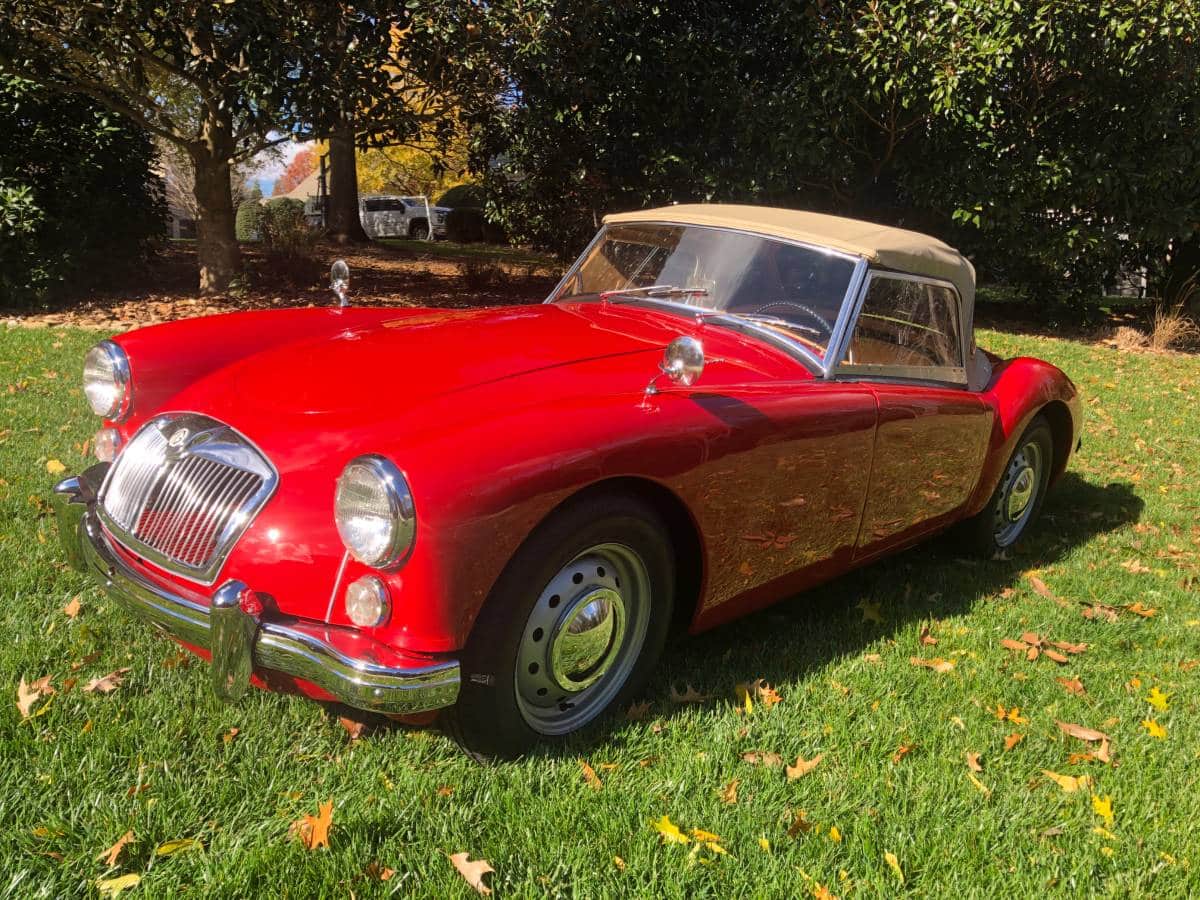 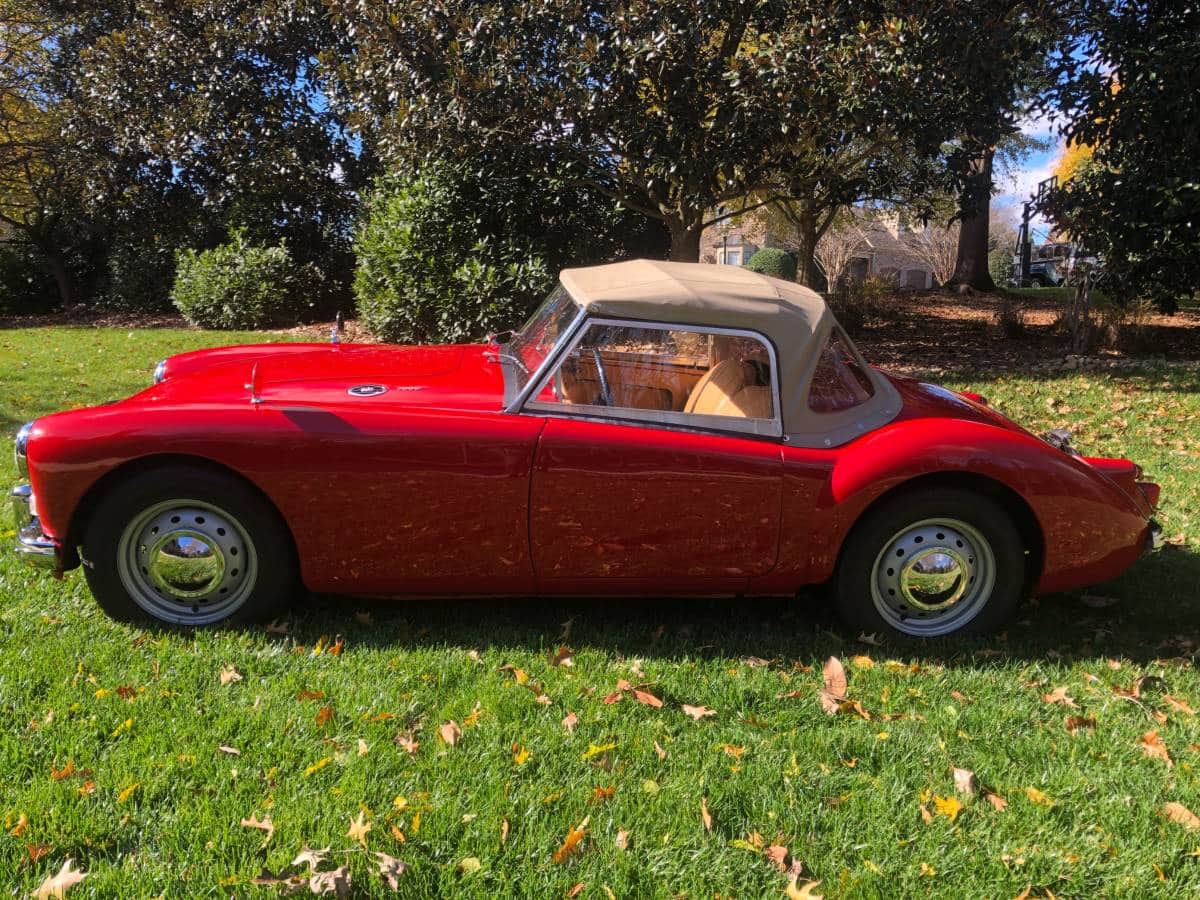 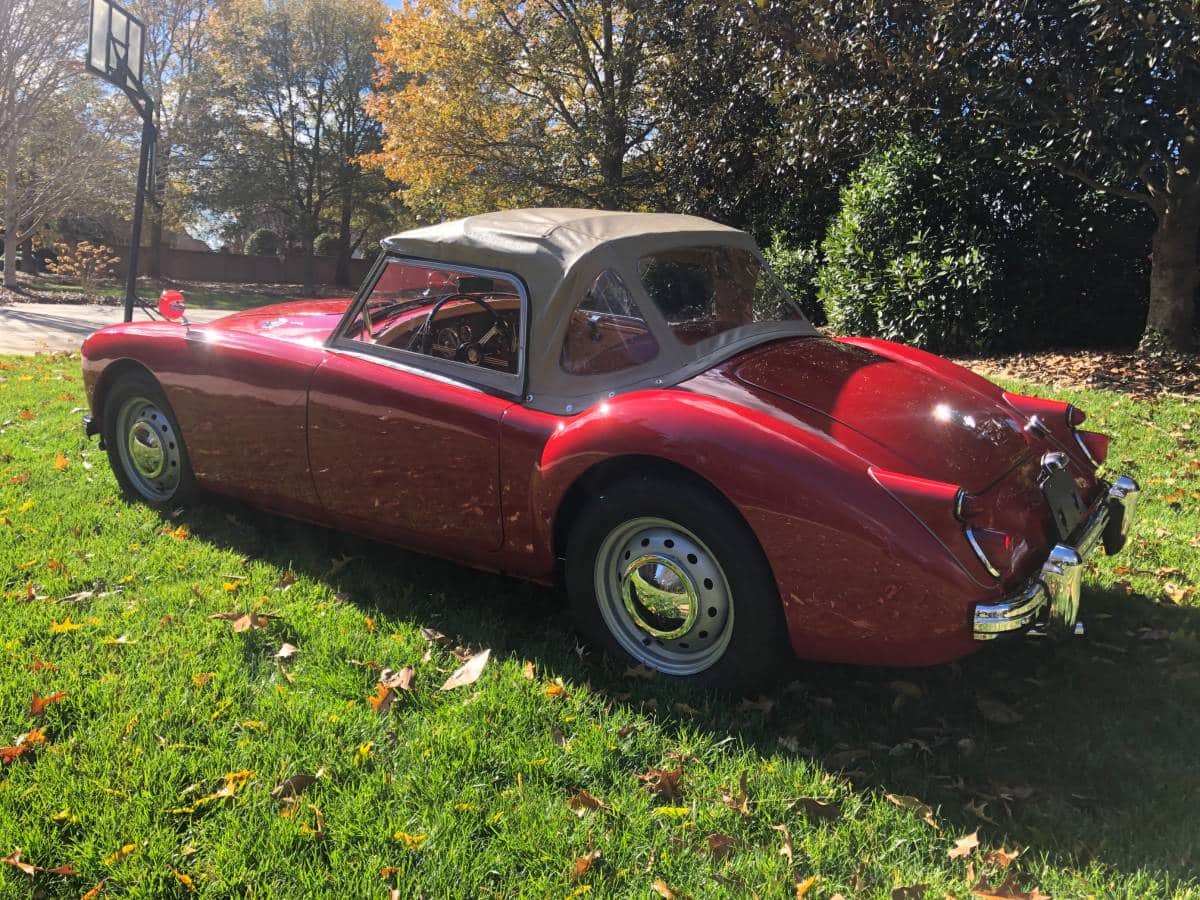 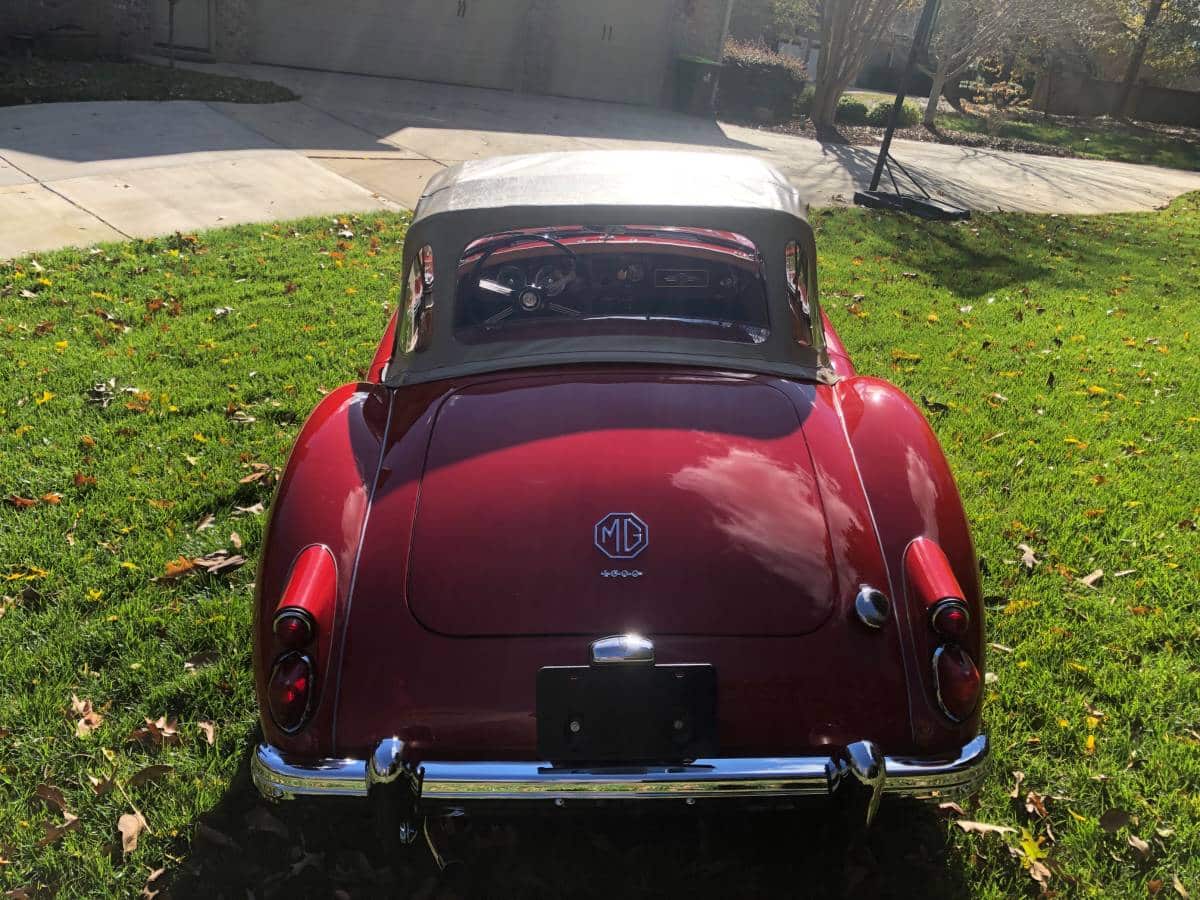 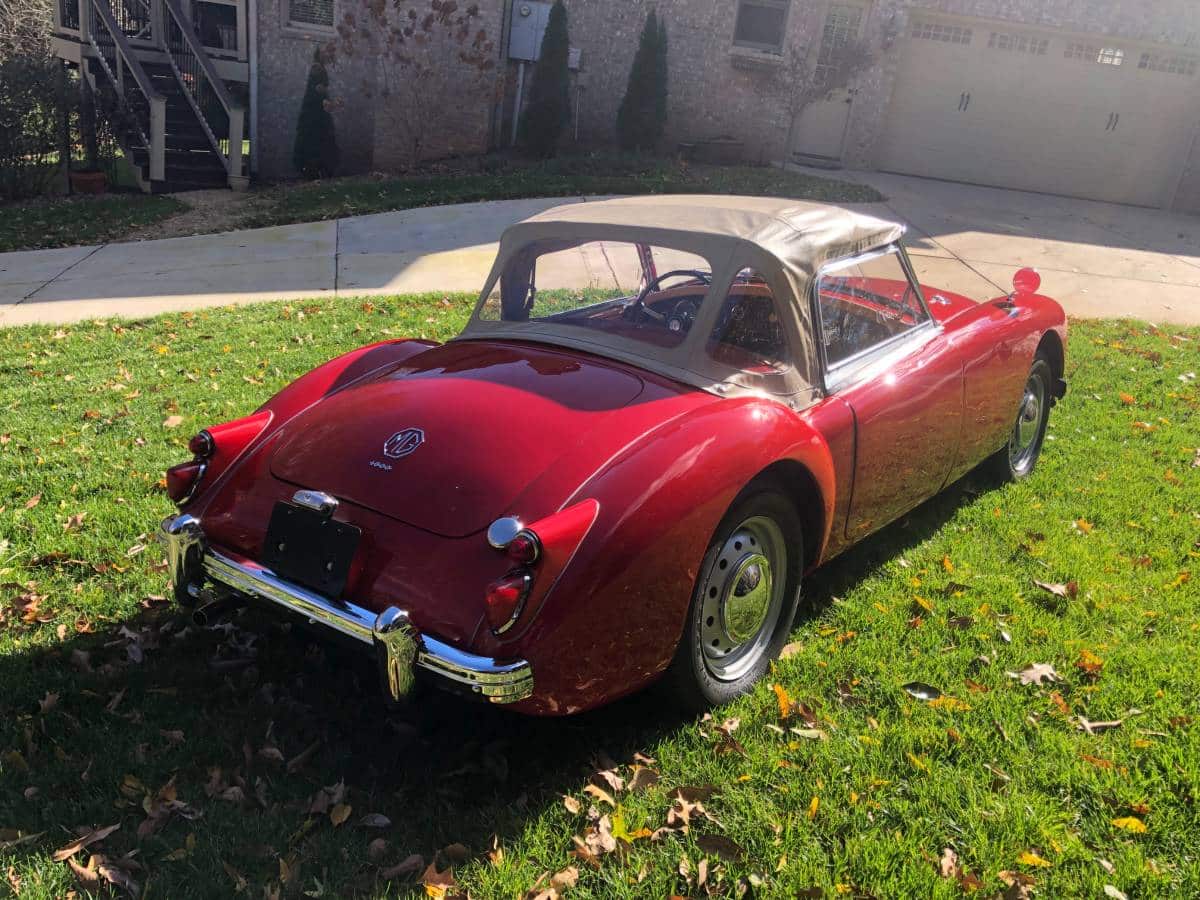 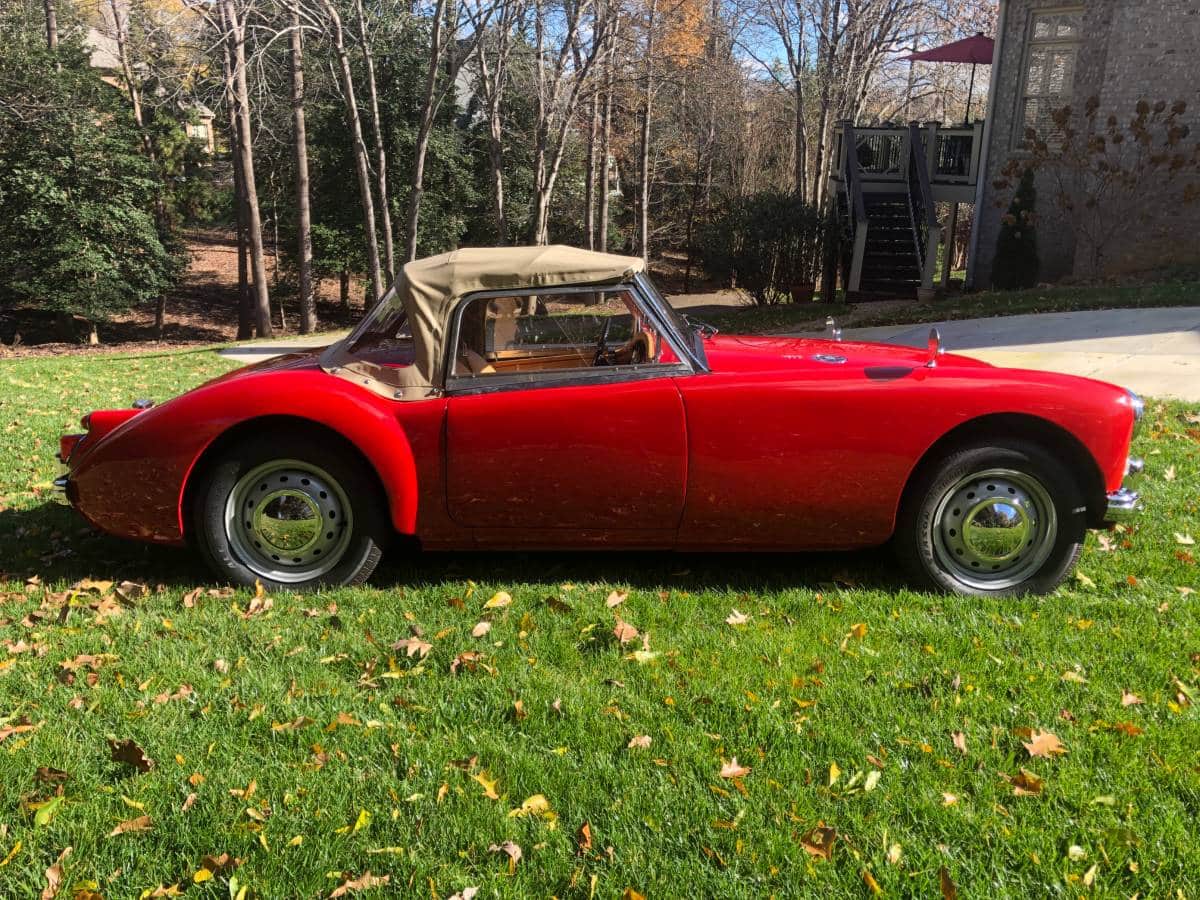 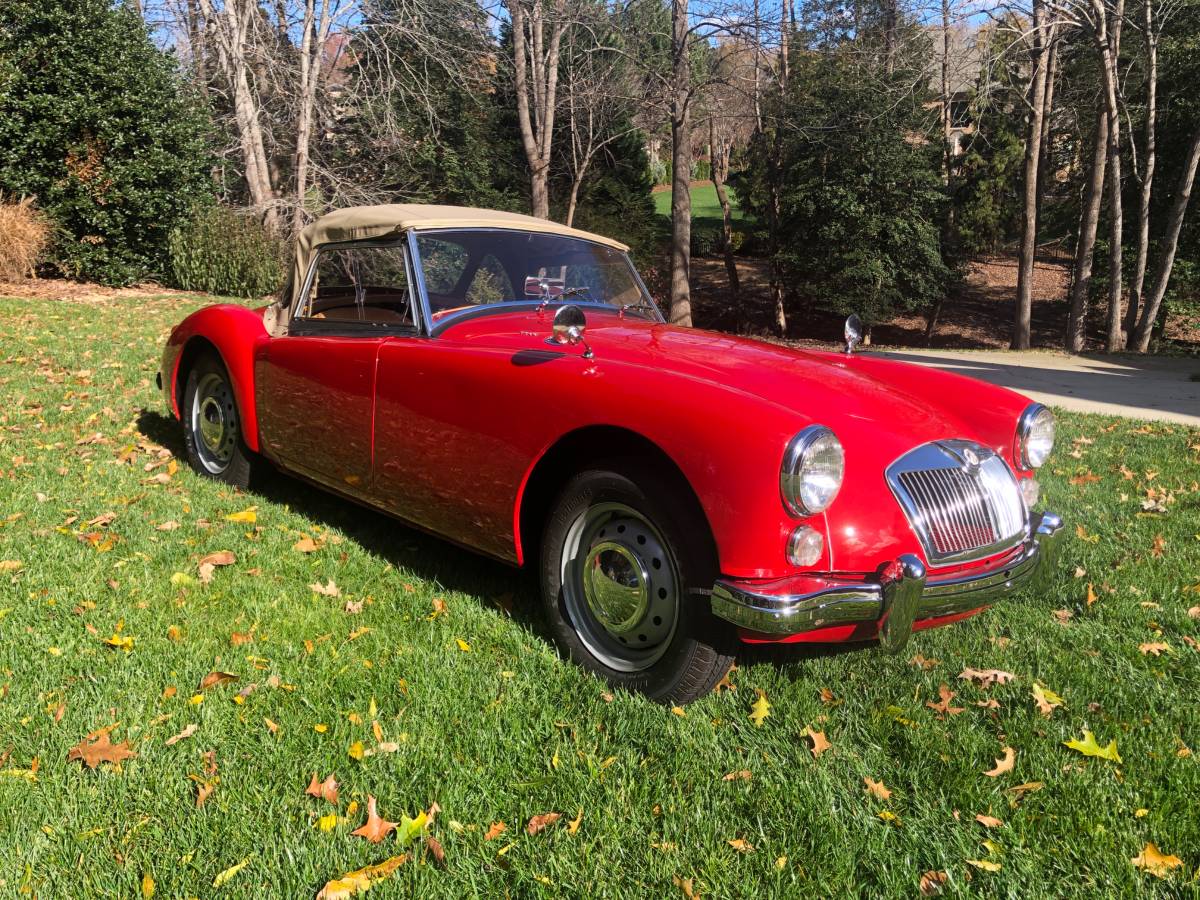 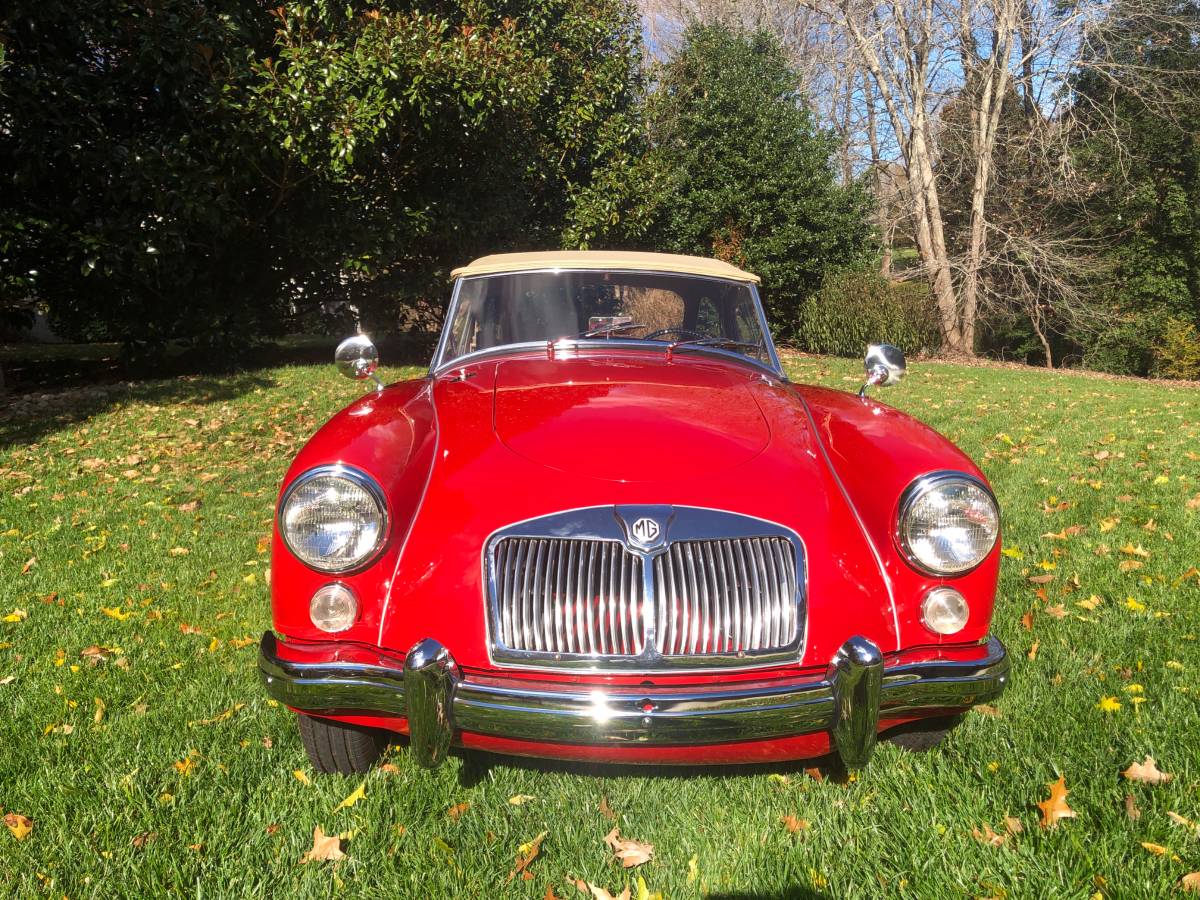 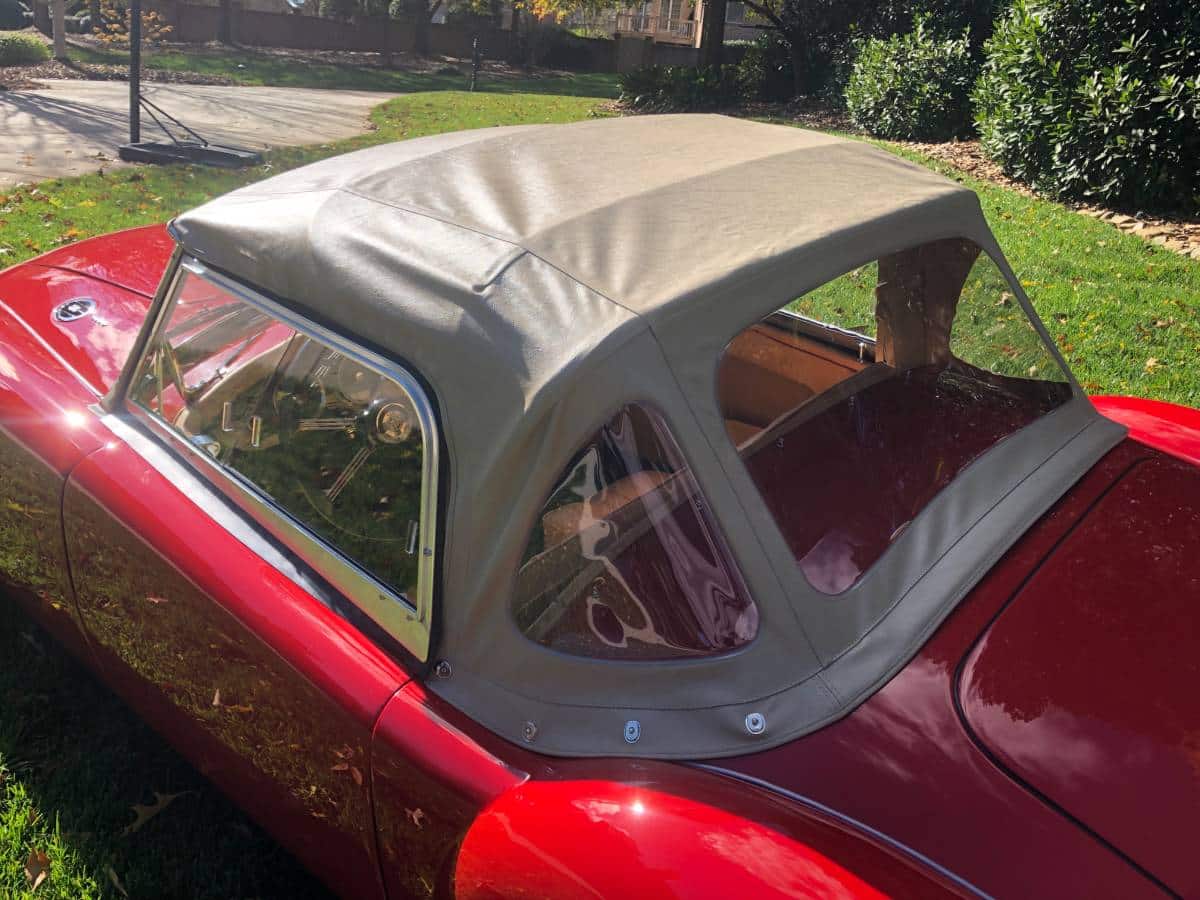 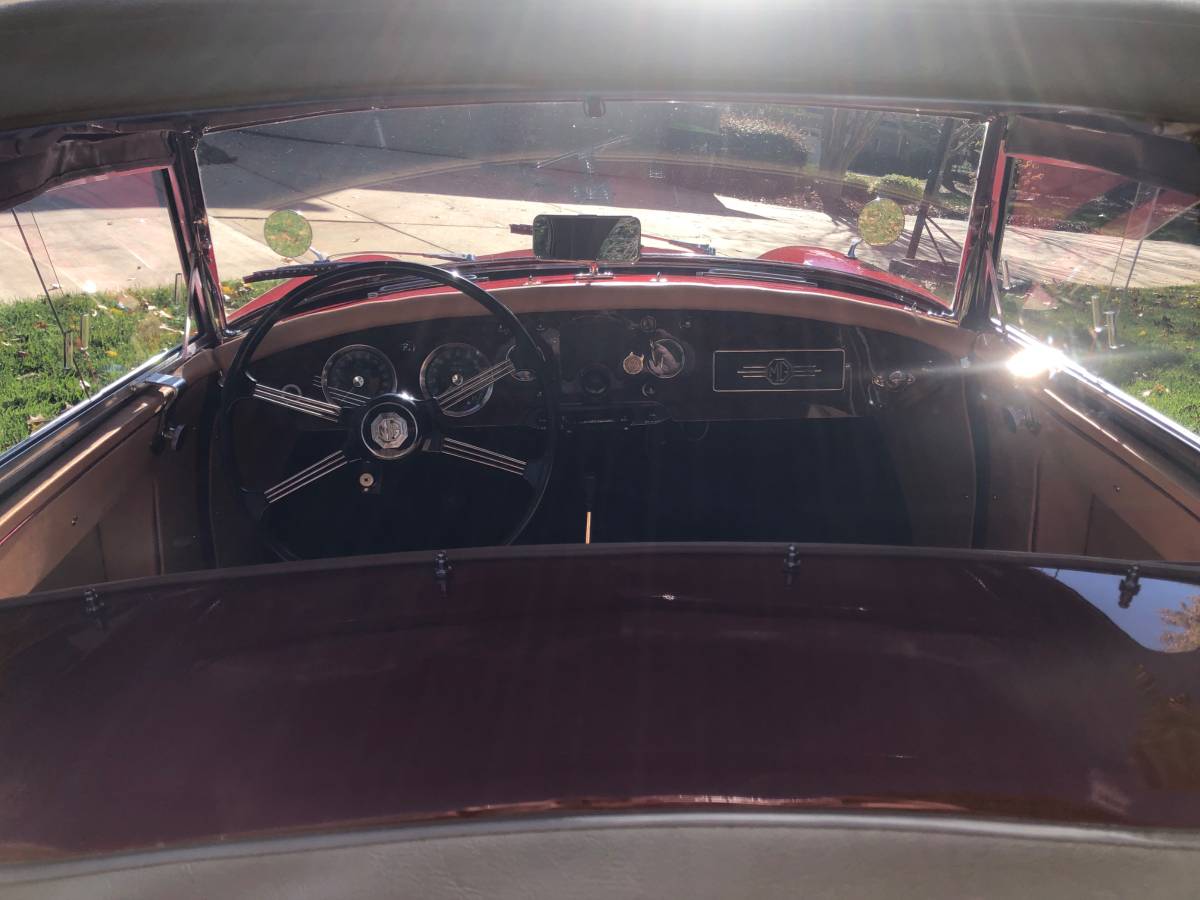 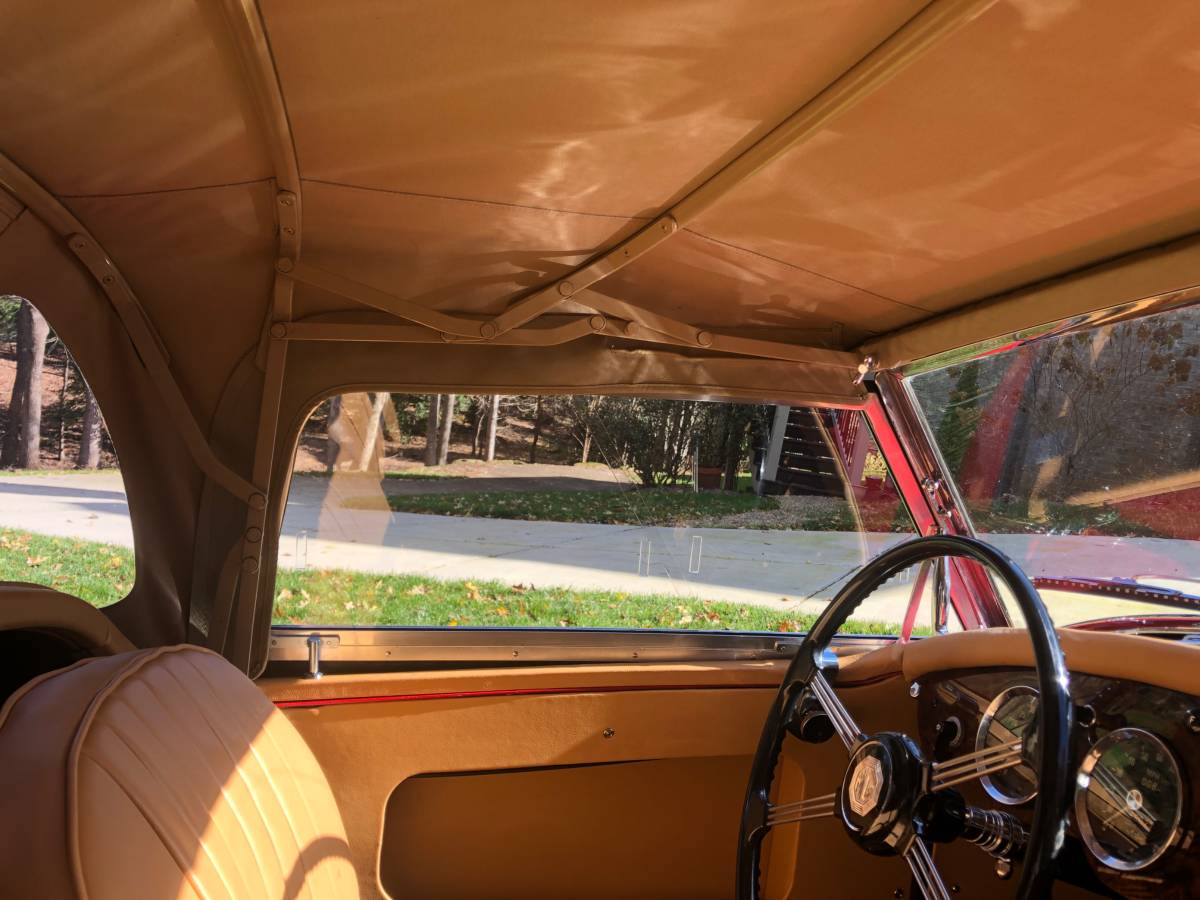 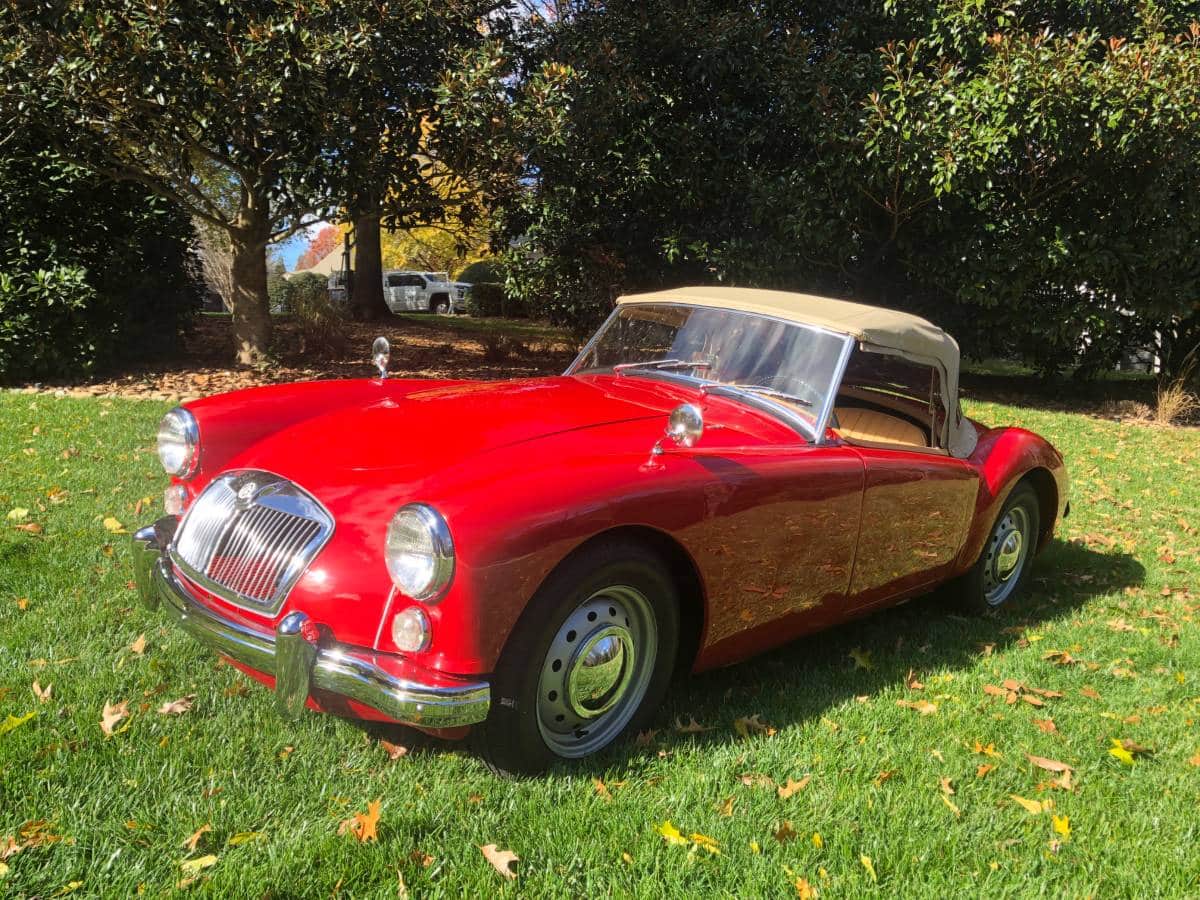 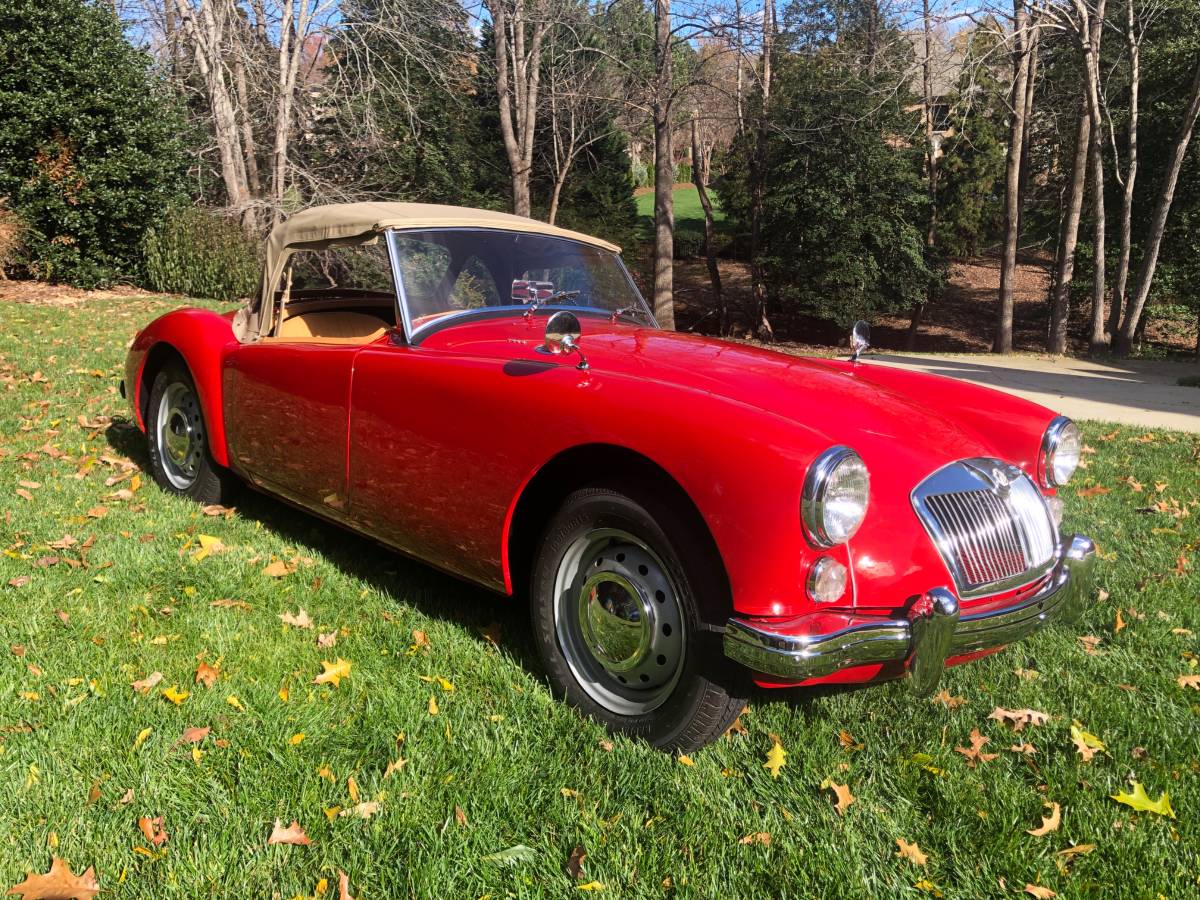 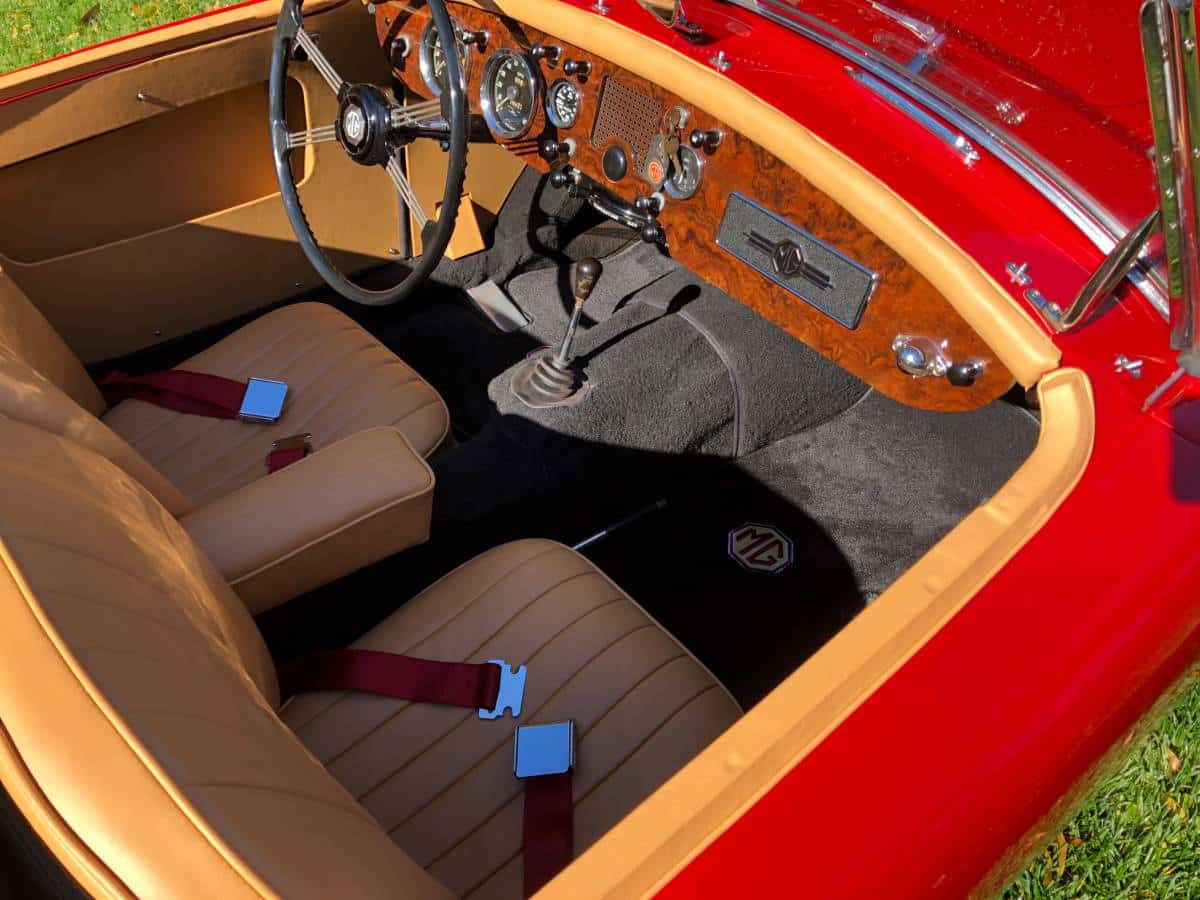 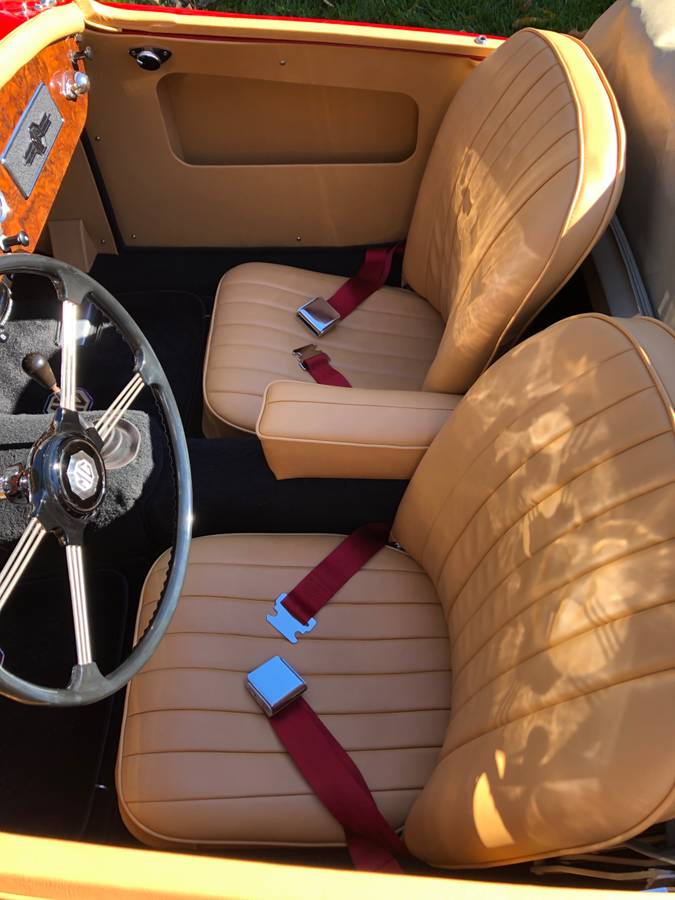 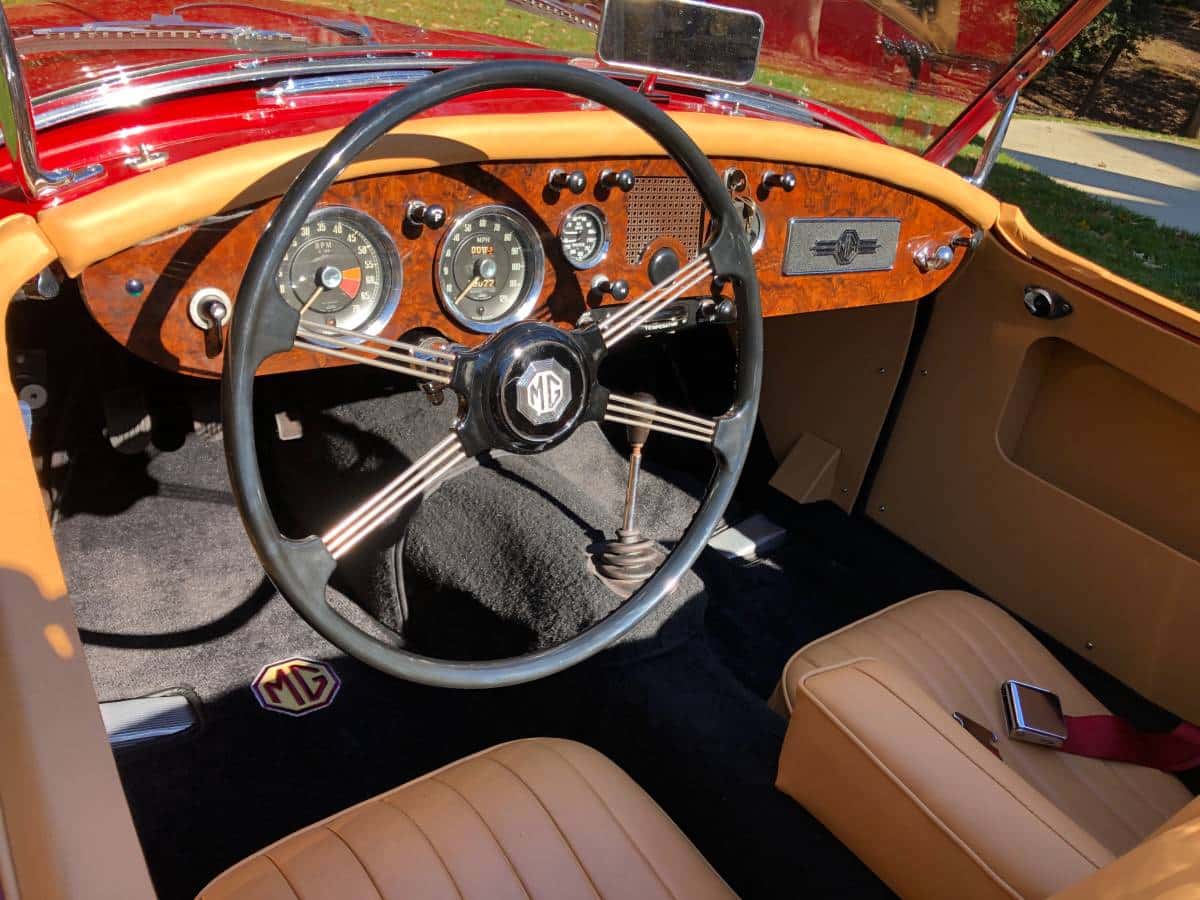 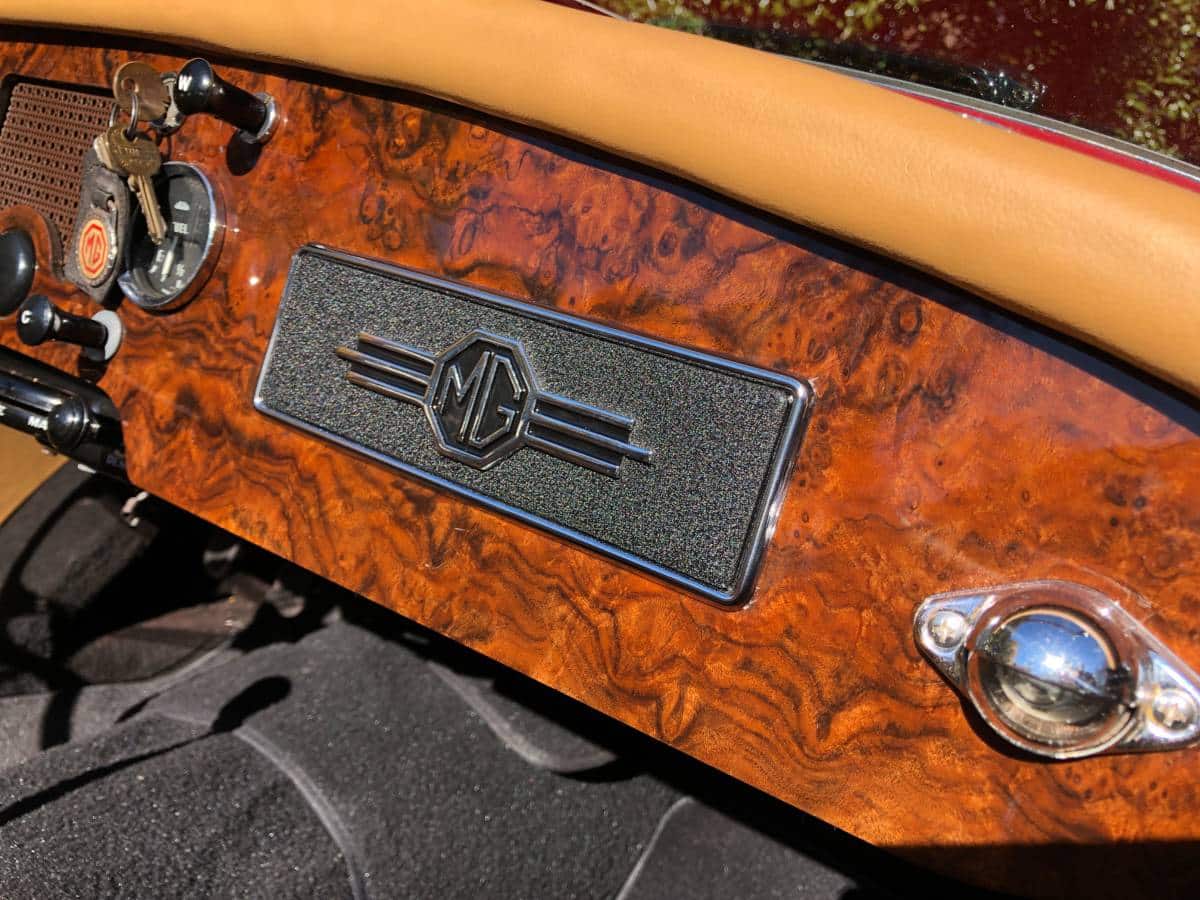 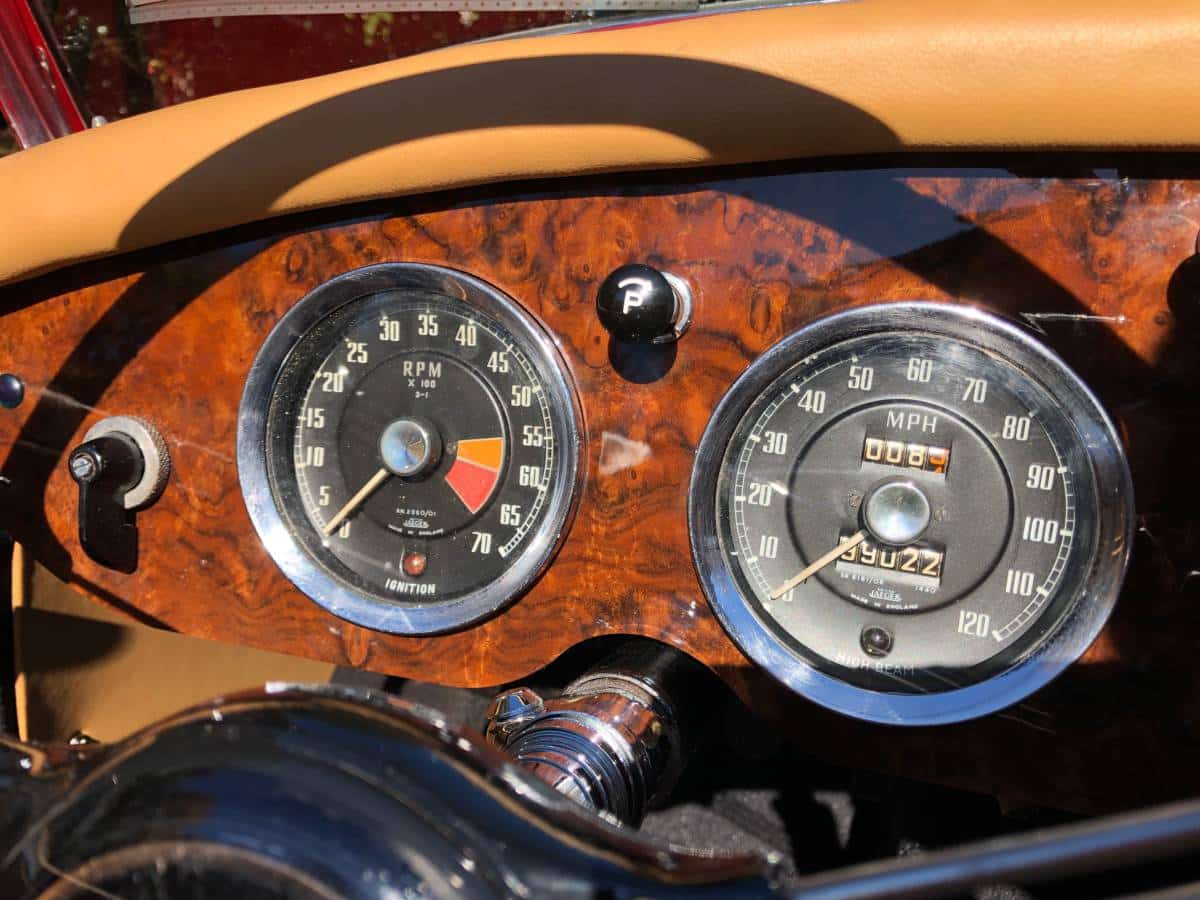 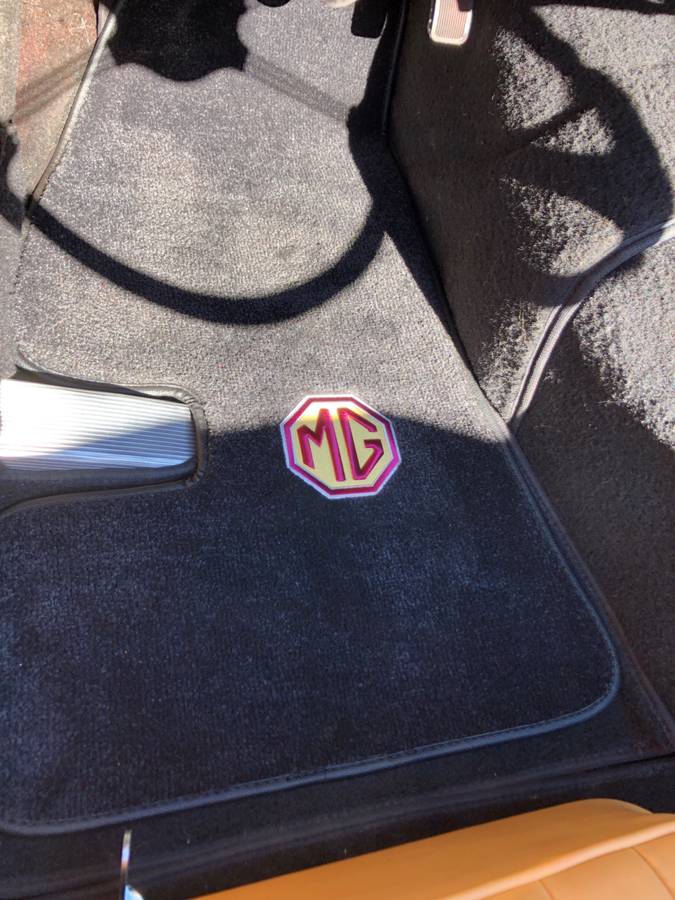 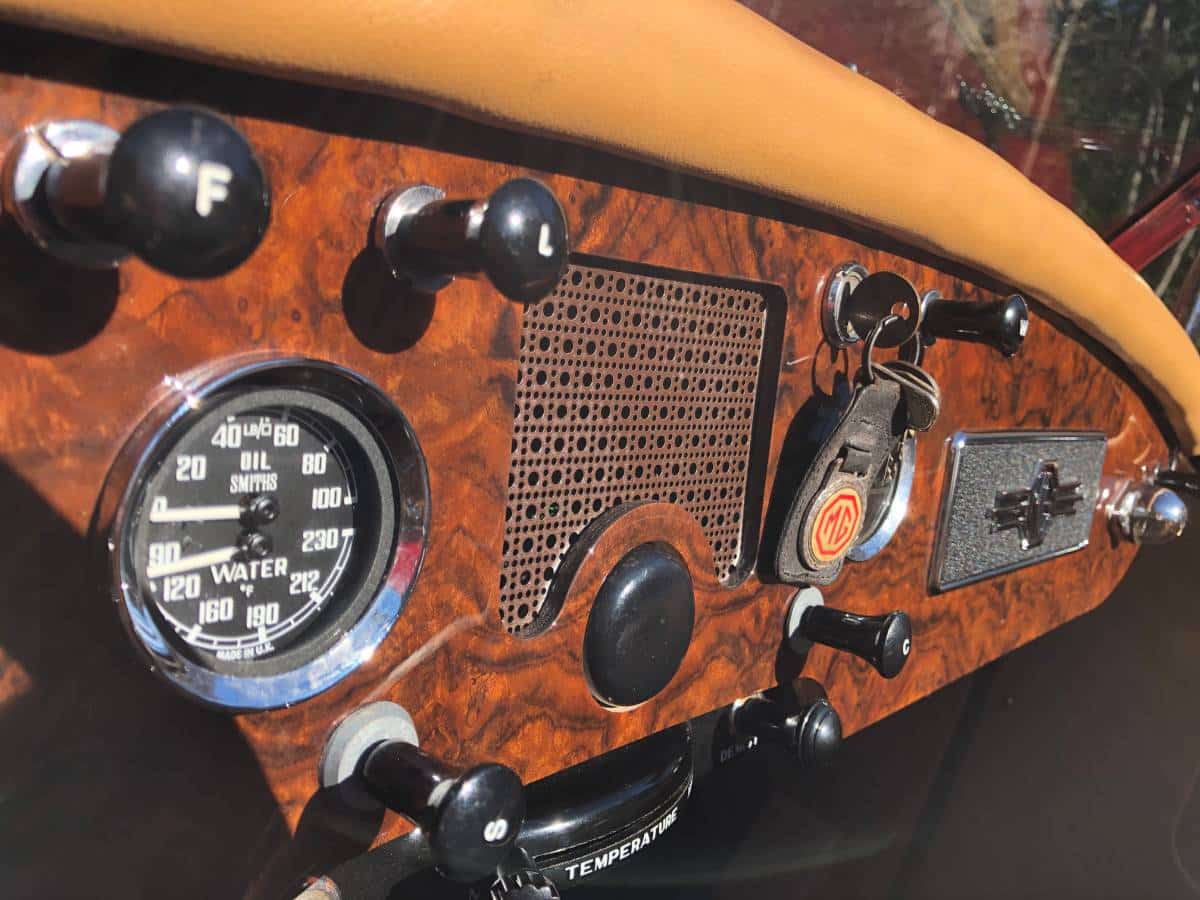 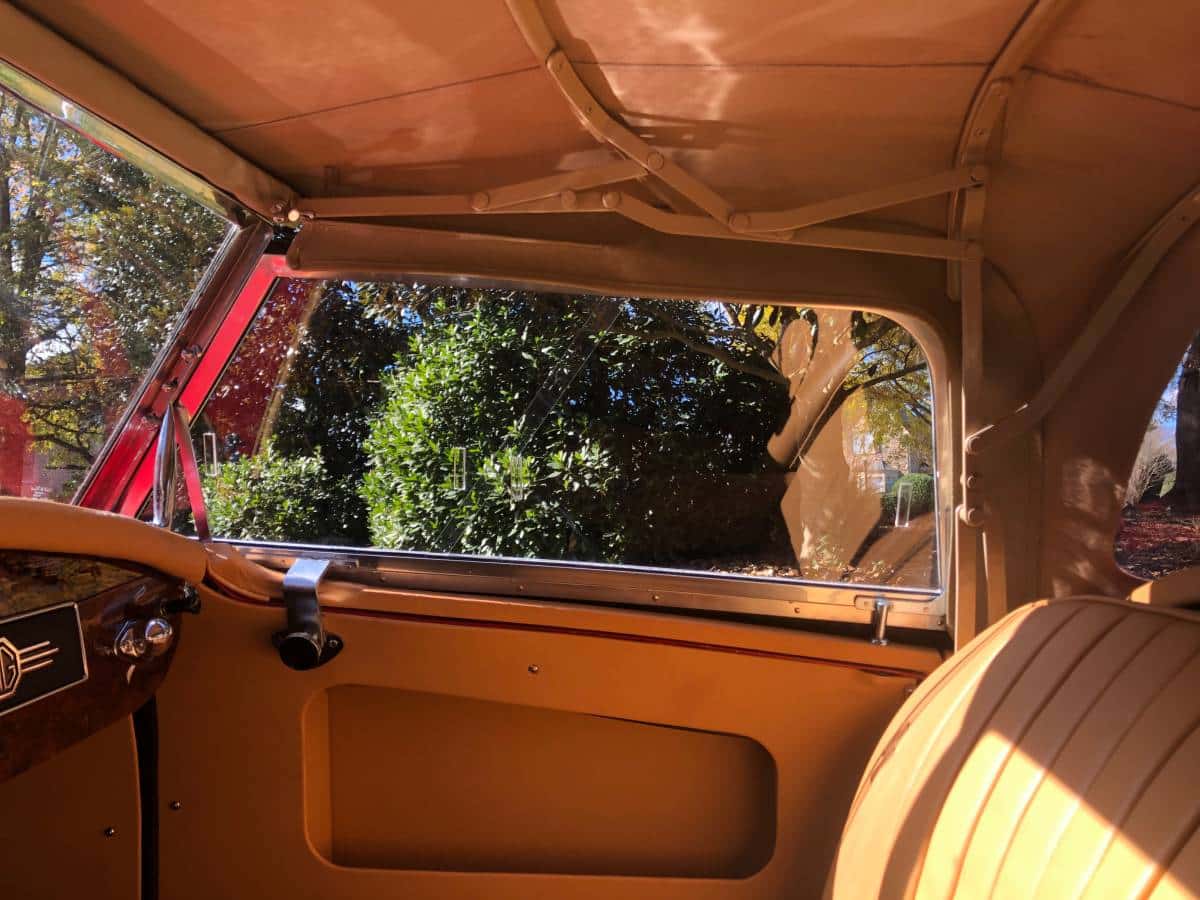 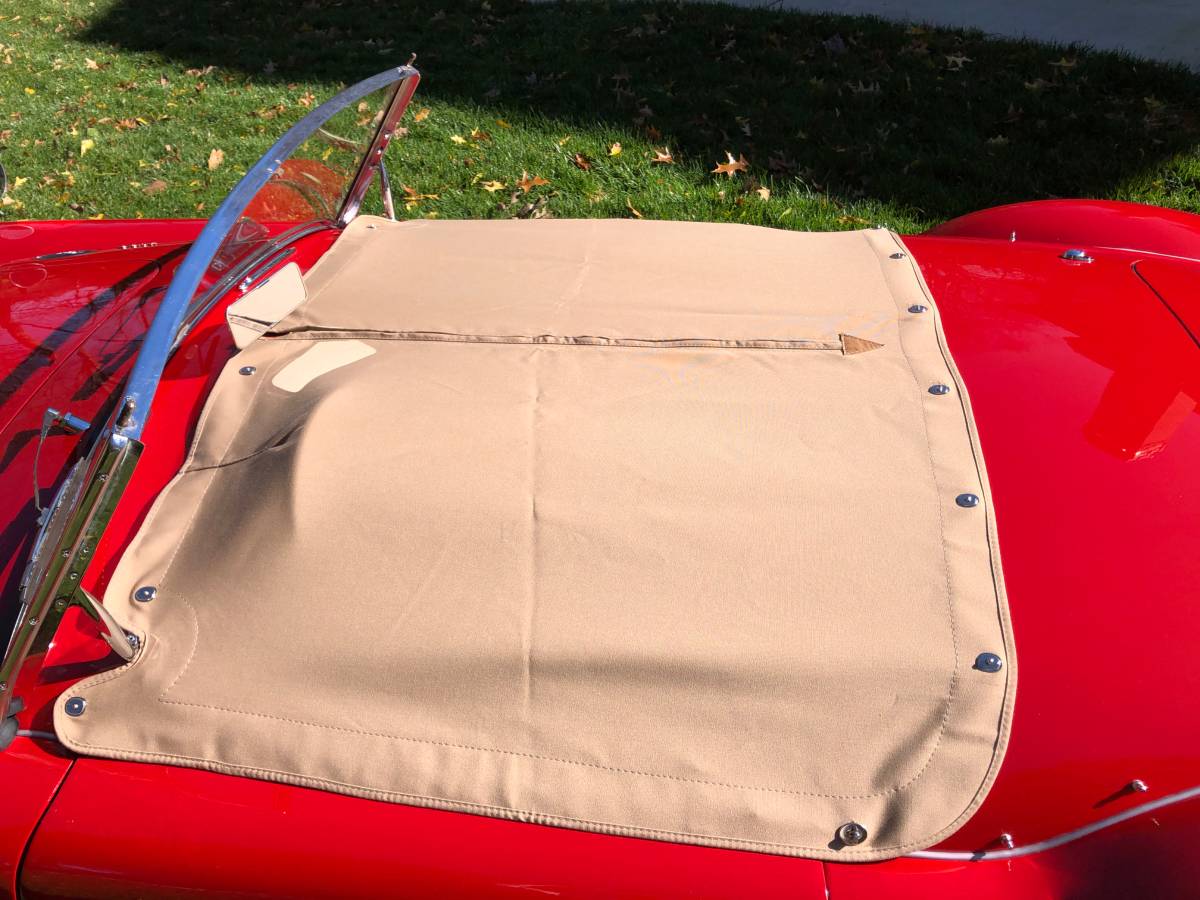 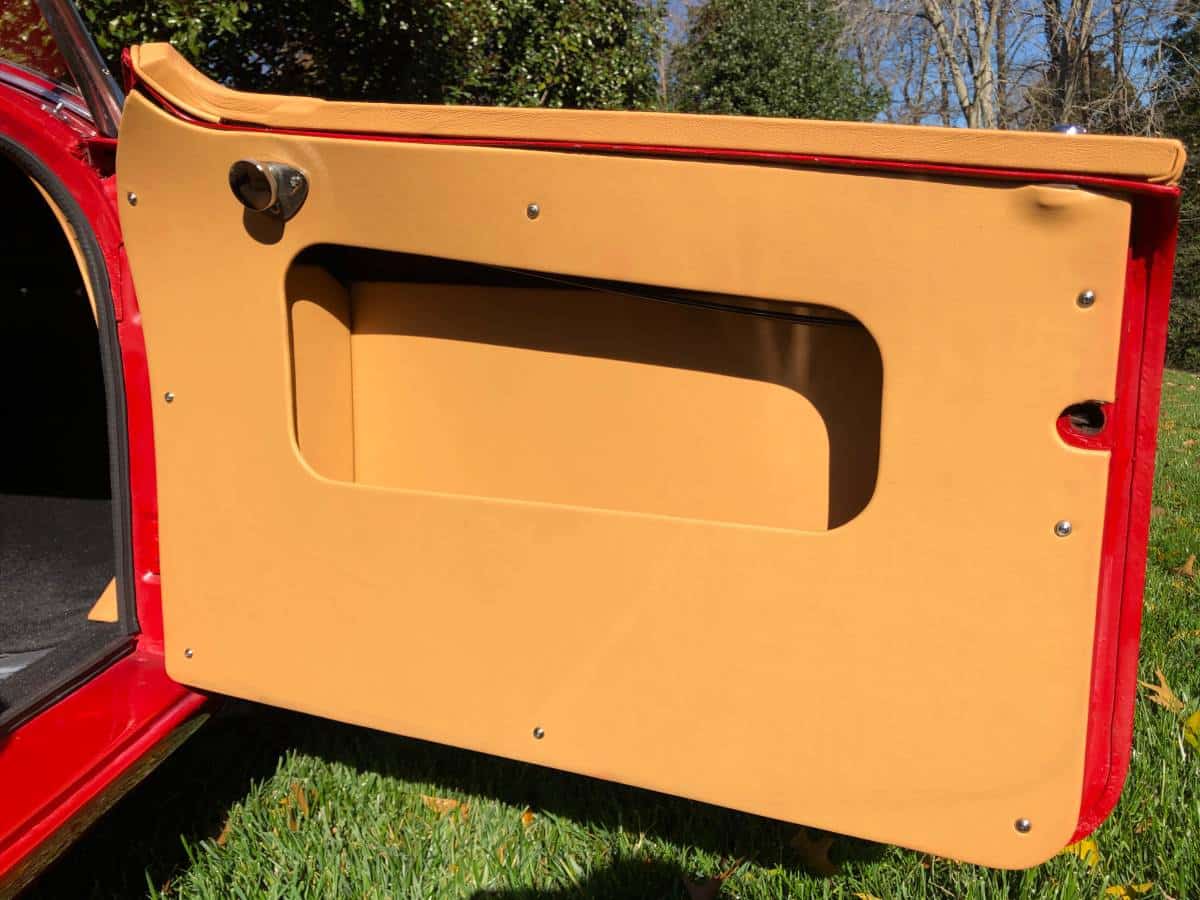 December 17, 2022, Update – We confirmed the seller of this “Classifind” deleted their listing, so we’re now able to call this one “SOLD!” While this one got away, please reach out either by email or call us directly if you’d like to be informed when we come across something similar.

Morris Garages, better known simply as “MG,” produced the MGA in roadster and coupe forms from 1955 through 1962.  The MGA has two things going for it.  The first is that, in our humble opinion, it’s the prettiest of all the sports cars MG ever designed.  The second is that even freshly restored examples remain a comparative bargain compared to other sports cars of the period.

A prime example is this red-over-tan 1960 MGA 1600 Mk1 Roadster, once listed in November 2022 on Craigslist in Simpsonville, South Carolina (Greenville). Featuring a fresh restoration, two tops, and its British Motors Heritage Trust certificate already purchased, it’s likely the seller is asking less than what the total restoration of their MGA cost.

Once offered for $27,500, Classic.com, the analytics and search engine for the collector car market, confirms the ask is in line with the five-year rolling average of this guide’s summary for MG A 1600s produced for 1959 and 1960.  By clicking on the green dots in the graph below, you can navigate to each comparable car sold as a way to help you evaluate the price of the MGA featured here:

As a second data point, the  Collector Car Market Review Online Tool reveals the seller’s ask falls between this guide’s #3 “Good” estimate of $17,400 and its #1 “Excellent” appraisal of $27,600.

When MG designer Syd Enever created a streamlined body for George Philips’ TD LeMans car in 1951, little did he know his creation would become the genesis for the new MGA launched for the 1956 model year. The new bodywork traded the MG TF’s articulated fenders and running boards for ponton styling, with a single-styled envelope fully enclosing the width and uninterrupted length of a car.

The MGA’s predecessor, the TF, featured a high driver seating position with dated tractor-like ride and handling that was quickly falling out of favor with enthusiasts and as a result, sales began to decline.  Consequently, this new design was so different from the older MG models it was called the MGA, the “first of a new line,” to quote the contemporary advertising. There was also a new engine available. Therefore, the car did not have the originally intended XPAG unit but was fitted with the BMC B-series engine allowing a lower hood line. From a styling standpoint, it’s worth noting the MGA convertible, such as the example featured here, had no exterior door handles, while coupe versions did.

The Classic Performance YouTube Channel features this video demonstrating the functions and features on a typical MGA:

With everything on this 1960 MGA 1600, Mk1 Roadster either new or freshly restored, you can spend the winter preparing your new-to-you MG for the 2023 show circuit.  Knowing the car comes with its British Motor Industry Heritage Trust certificate already in place, you can focus your efforts on getting the passenger door aligned better than what is currently shown in the pictures provided.

“1960 MGA 1600 MK1. Orient Red over Tan interior. Recent restoration completed in 2022. All new paint, body, interior, wiring harness, brakes, clutch hydraulics, carburetors, cooling, and ignition system. Comes with a tan convertible top, new side curtains, and a tan cloth tonneau cover. 5 like new tires on painted factory steel wheels and new wheel covers. Polished Stainless Steel Exhaust. Everything works exactly as it should. It runs and drives beautifully. Includes the British Motor Heritage Industry Trust Certificate documenting exactly how it left the factory. This might be your opportunity if you are looking for a beautiful MGA to drive or show.

Show or go: What would you do with this freshly restored 1960 MGA 1600 Mk1 For Sale?  Please comment below and let us know!