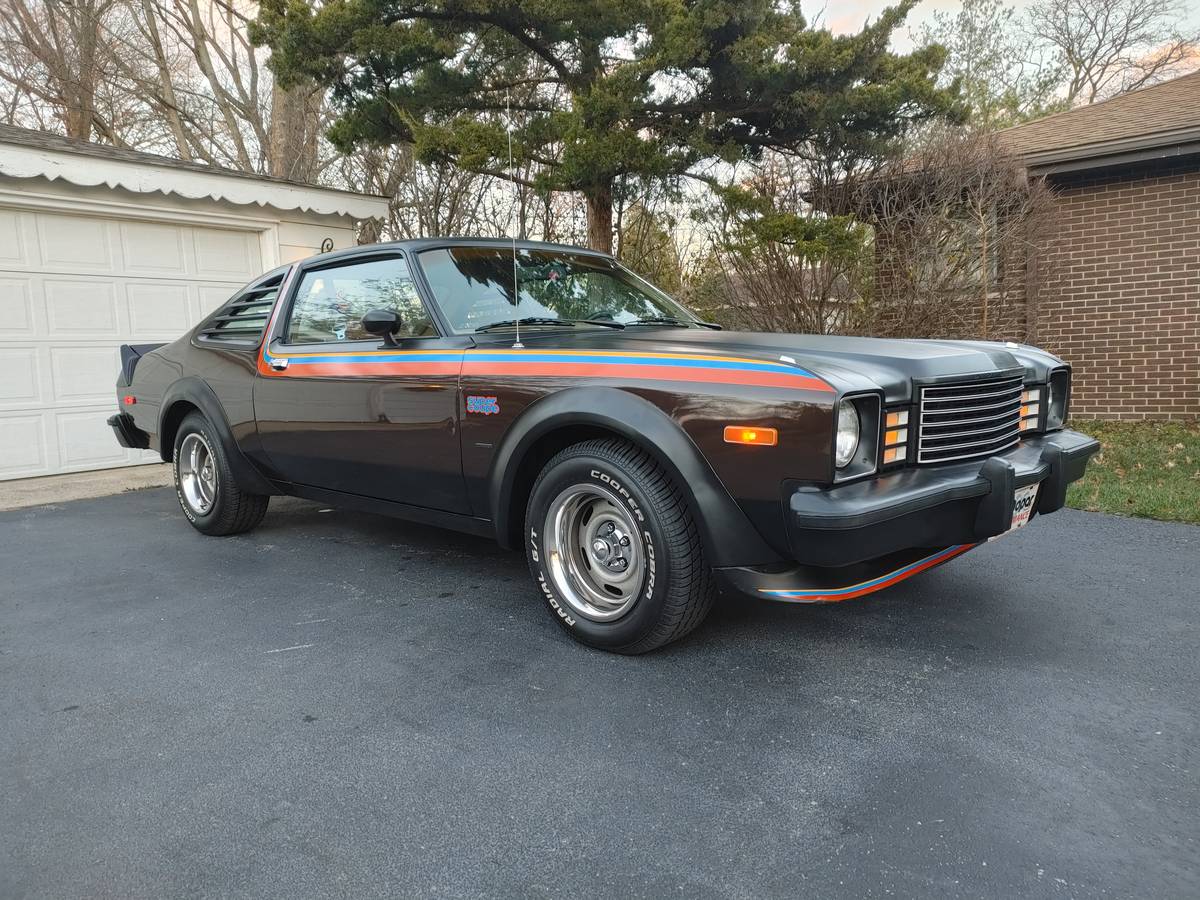 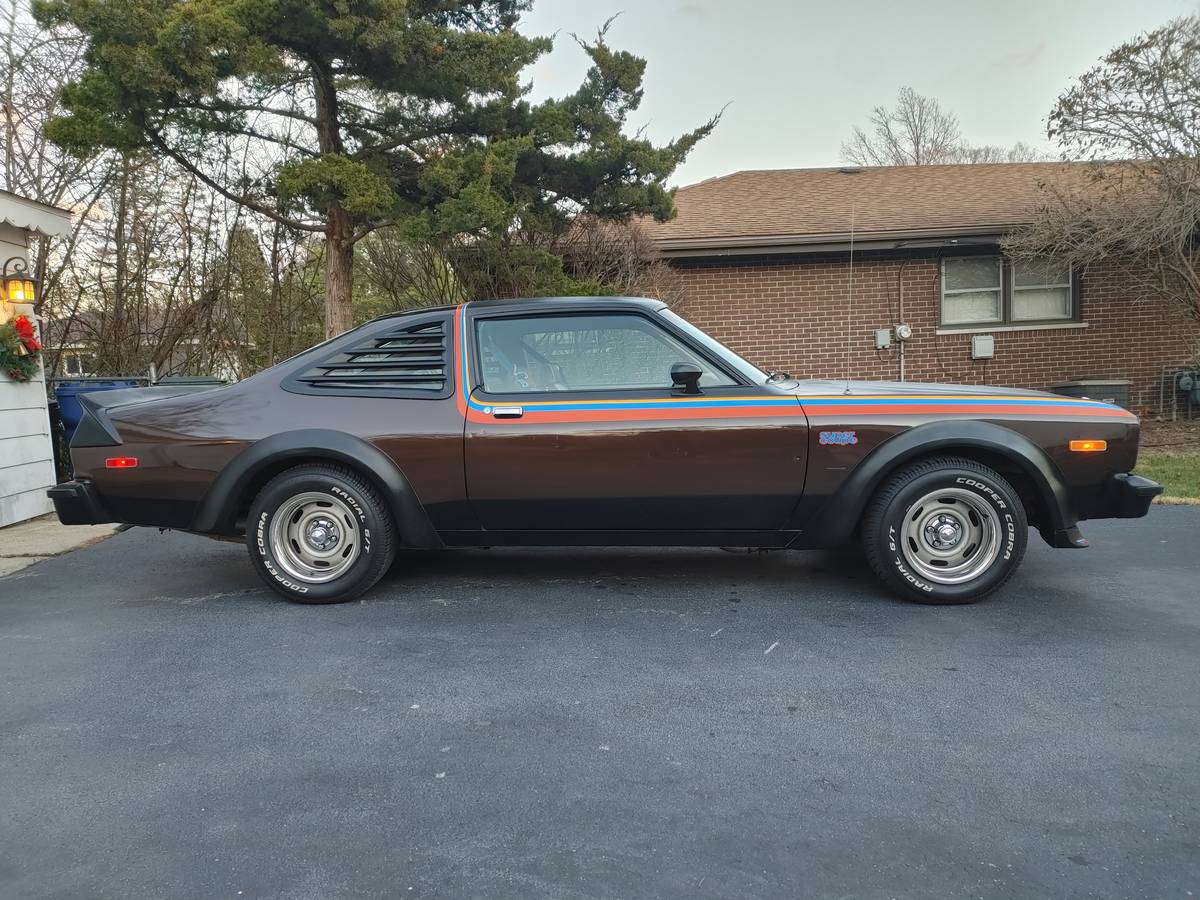 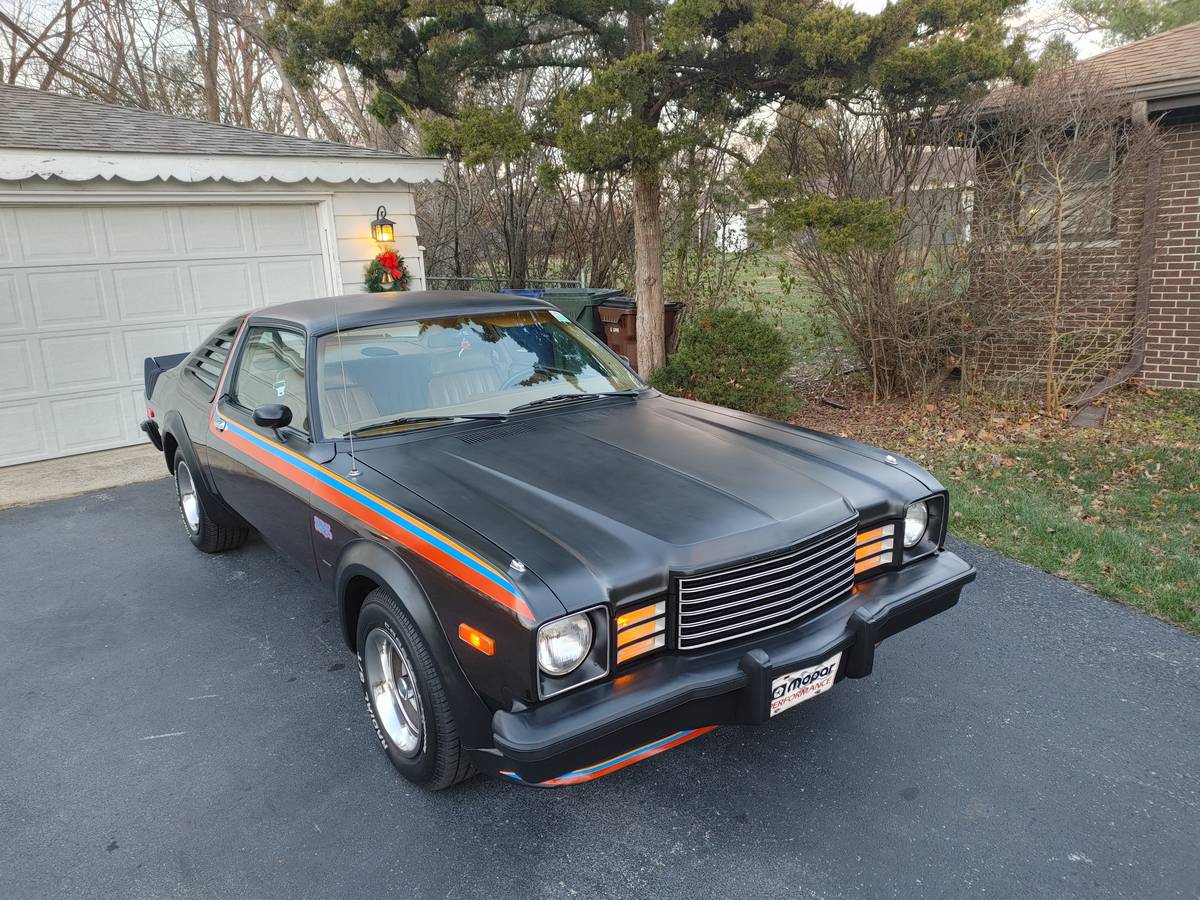 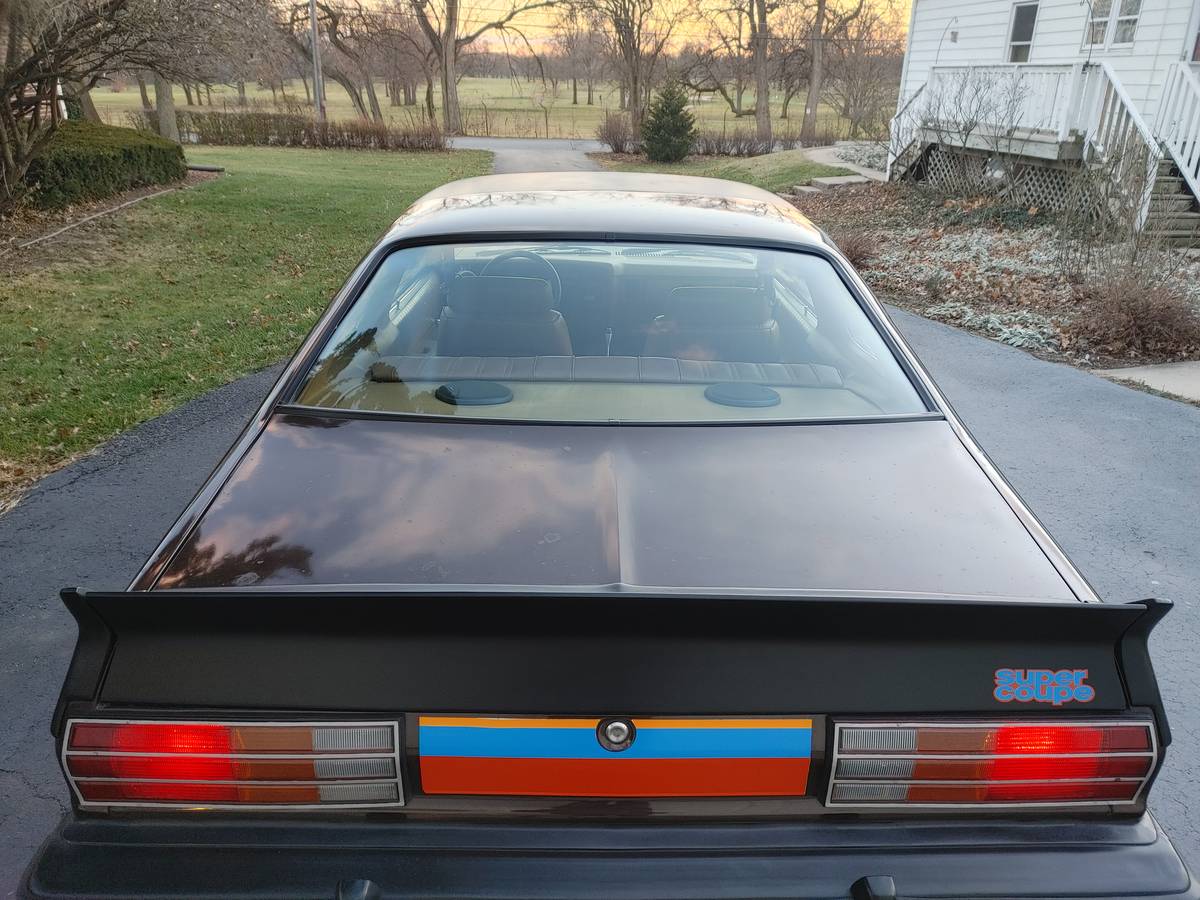 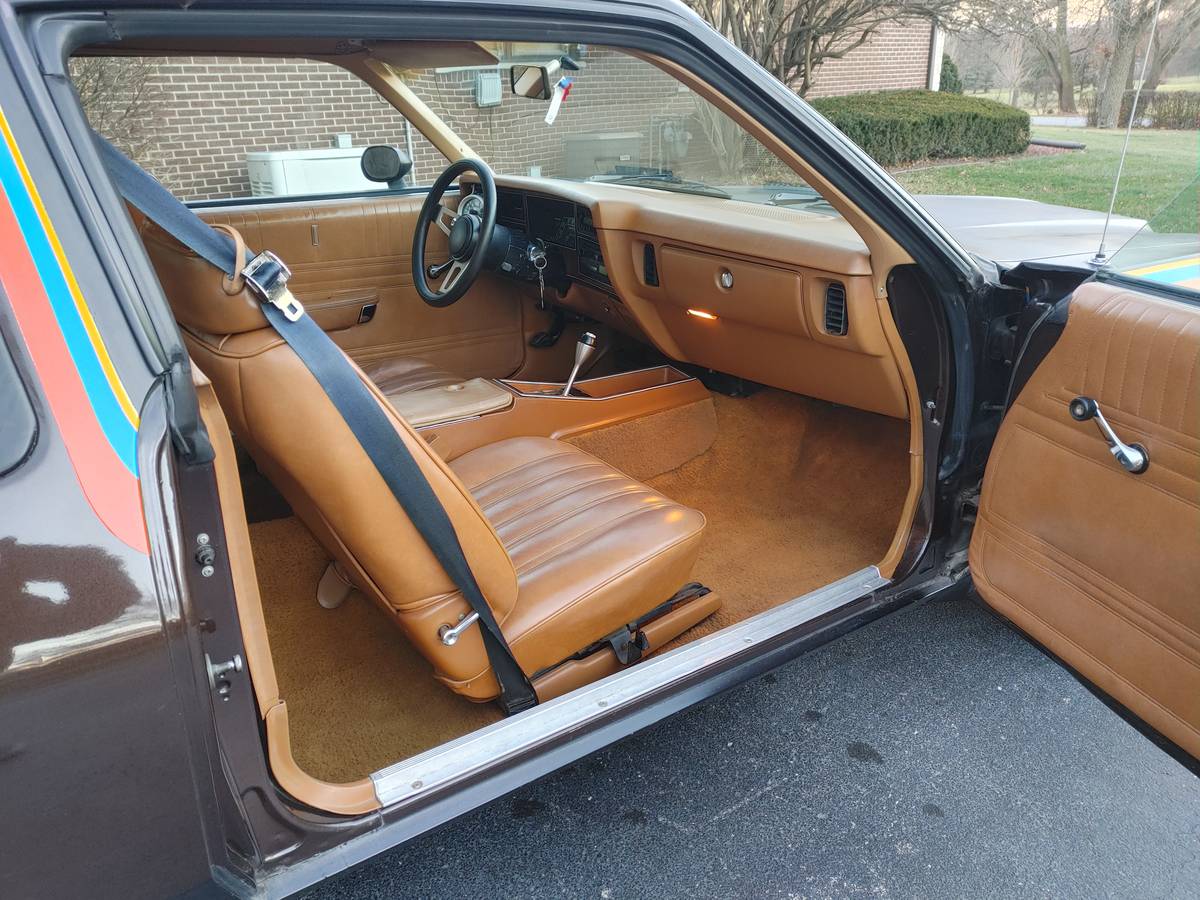 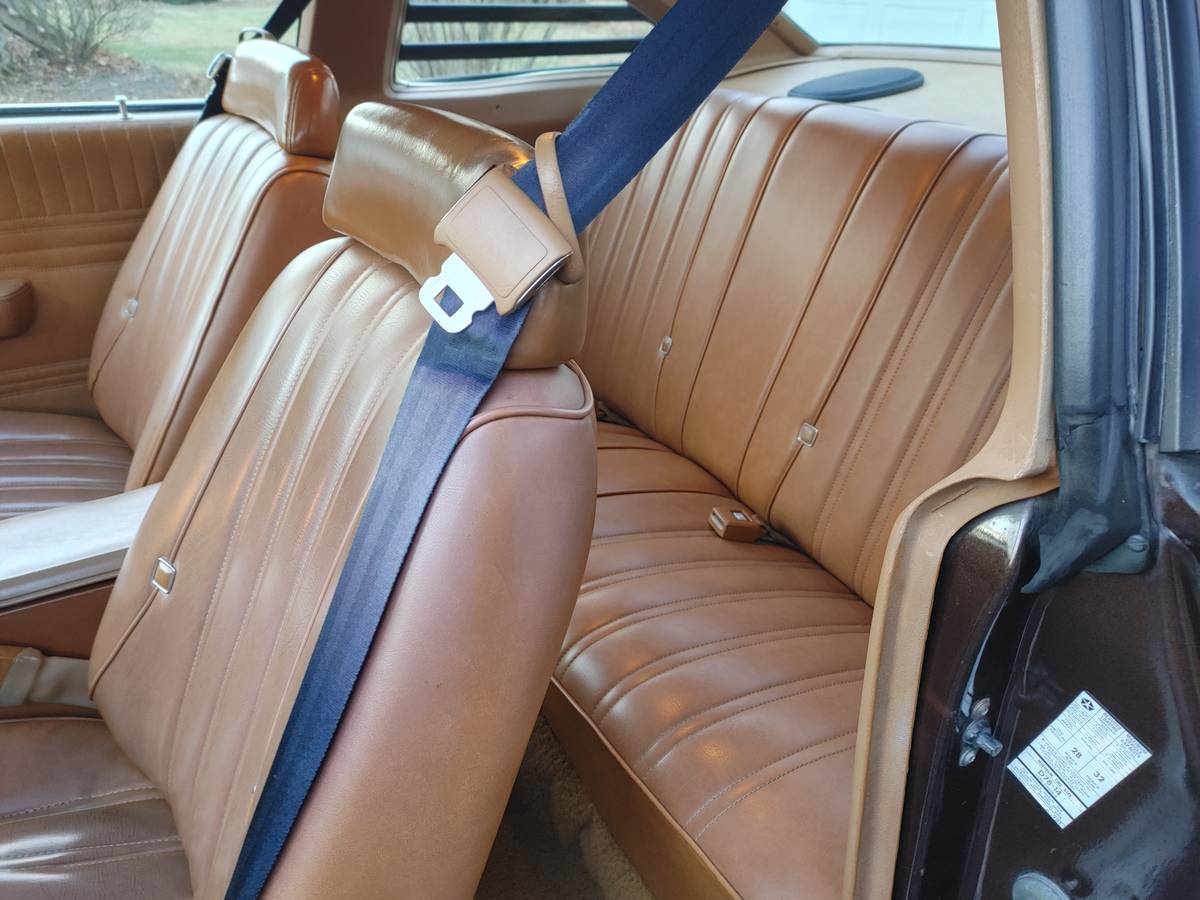 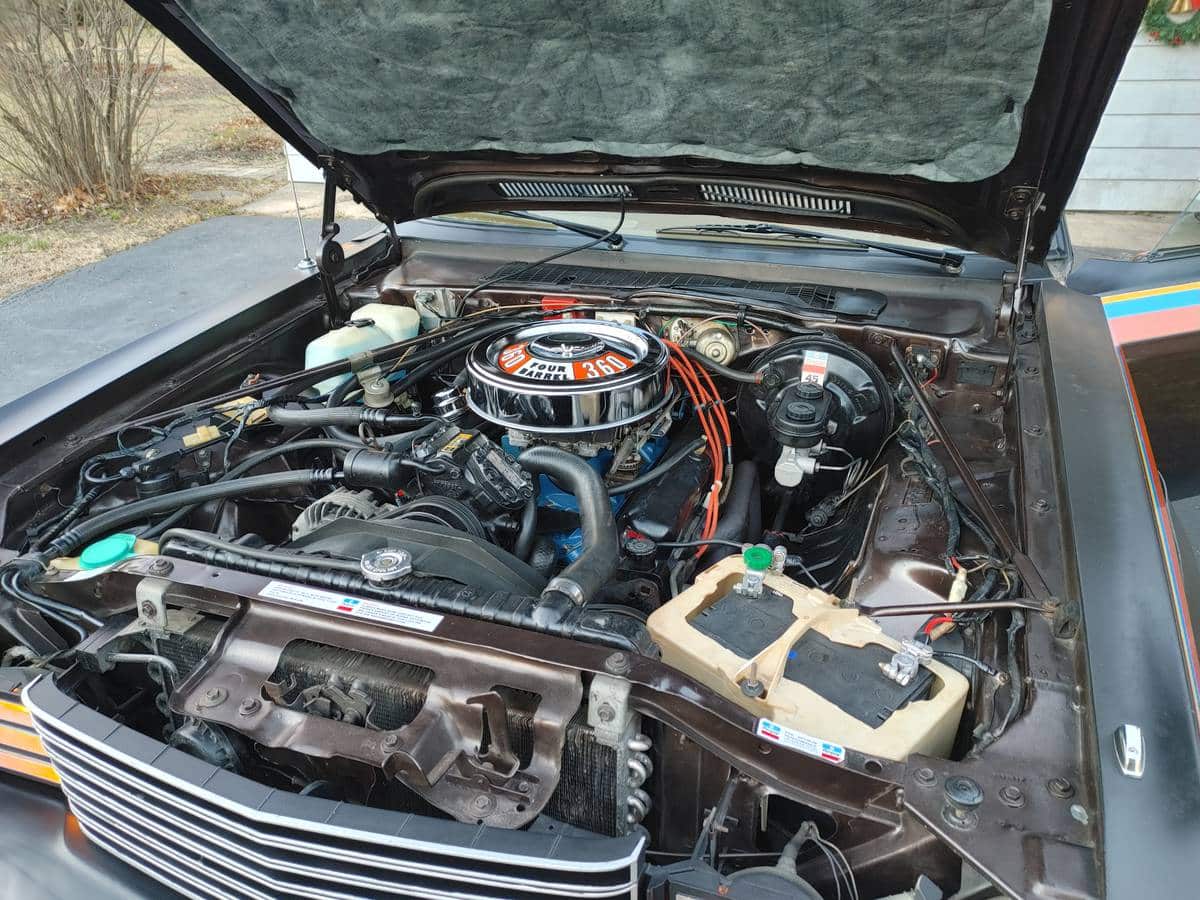 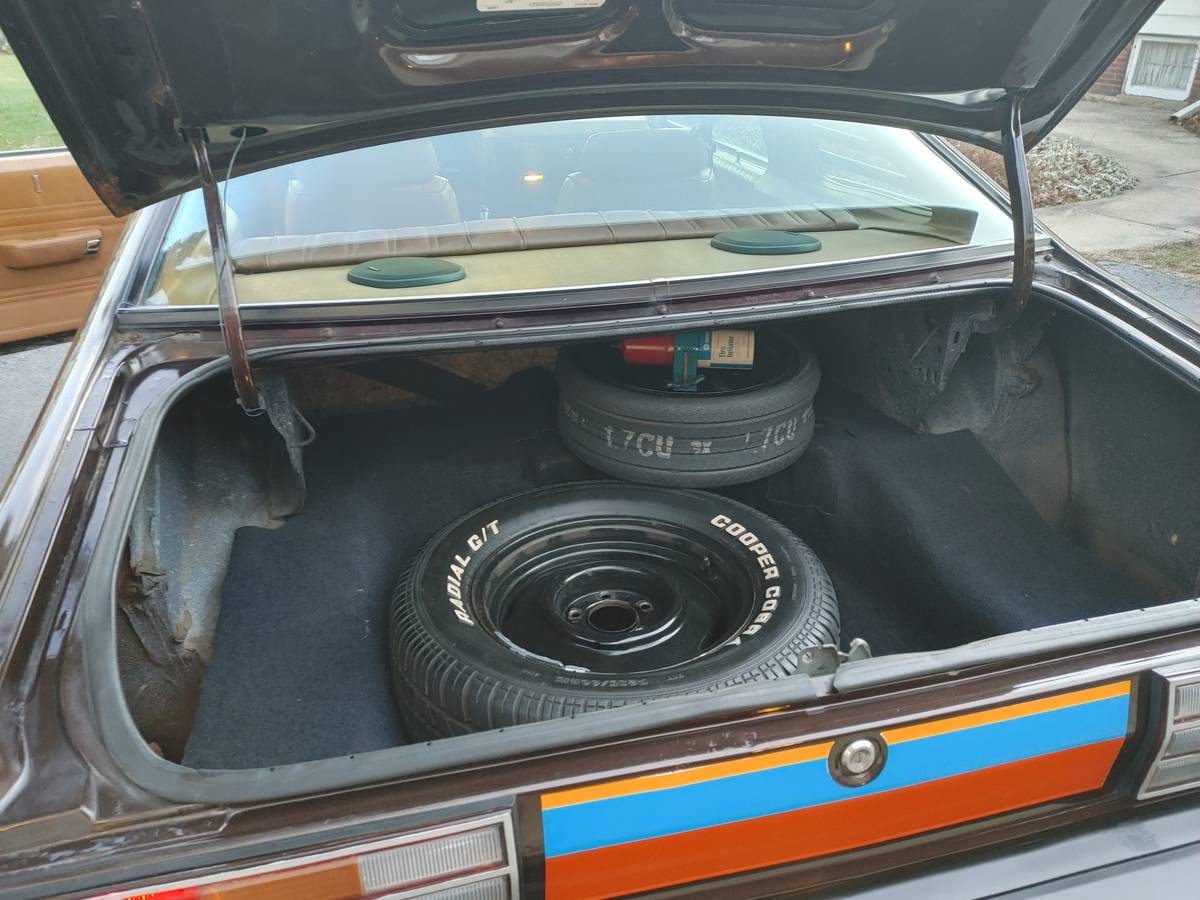 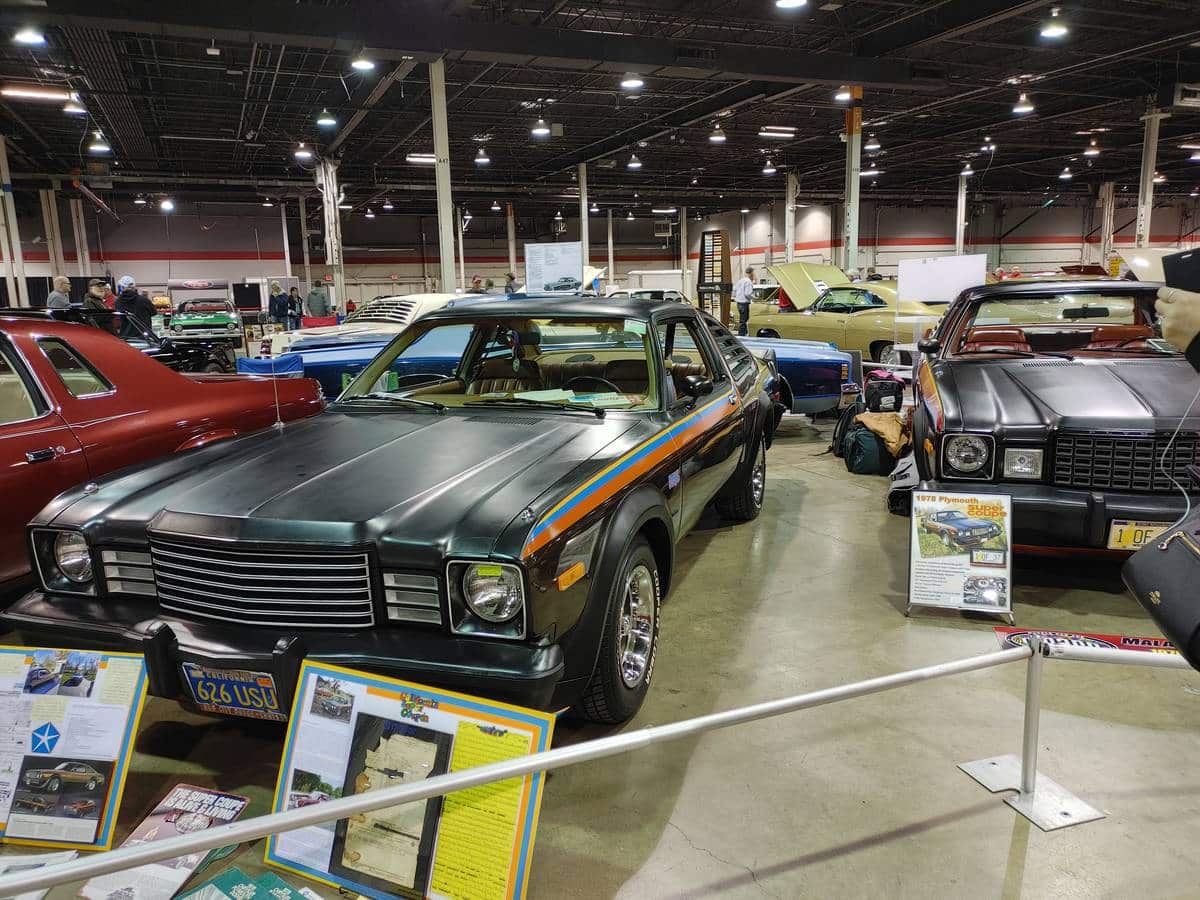 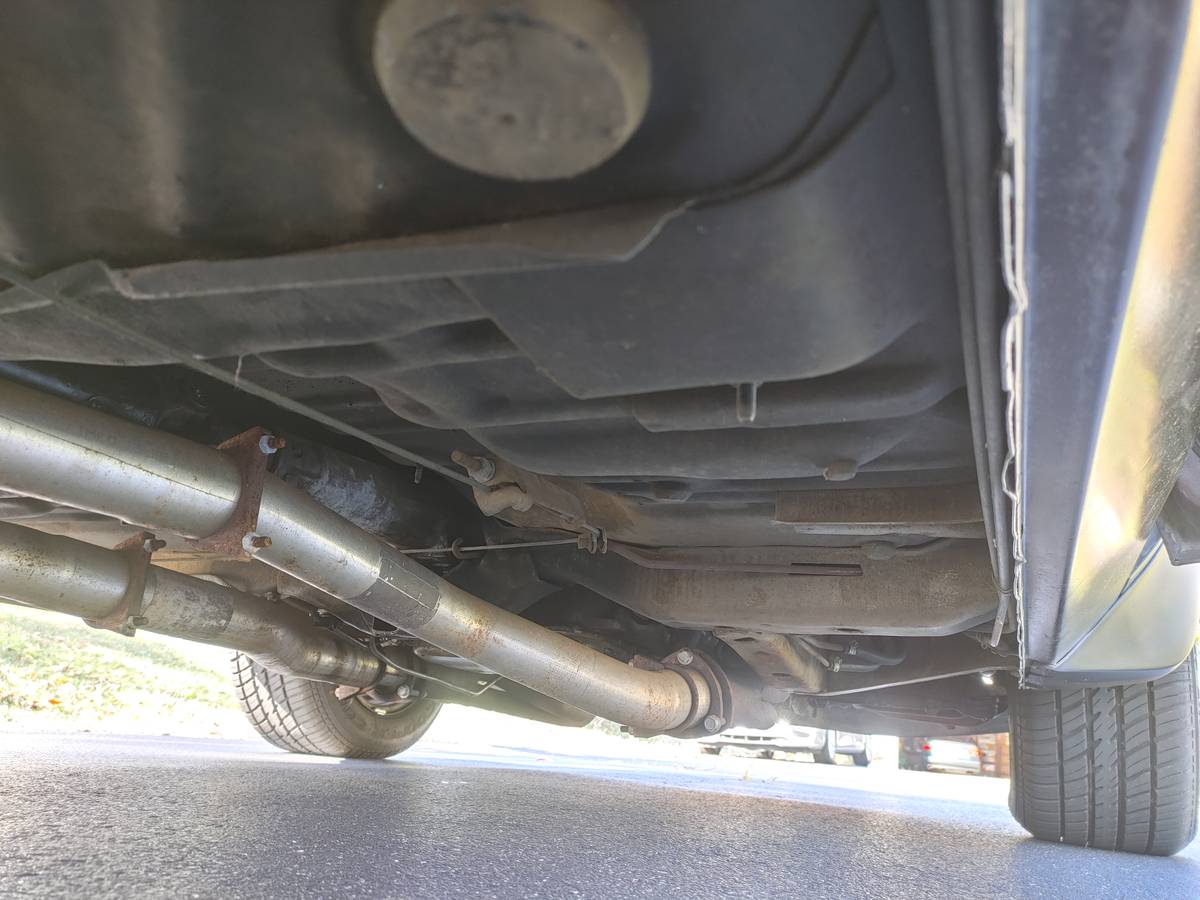 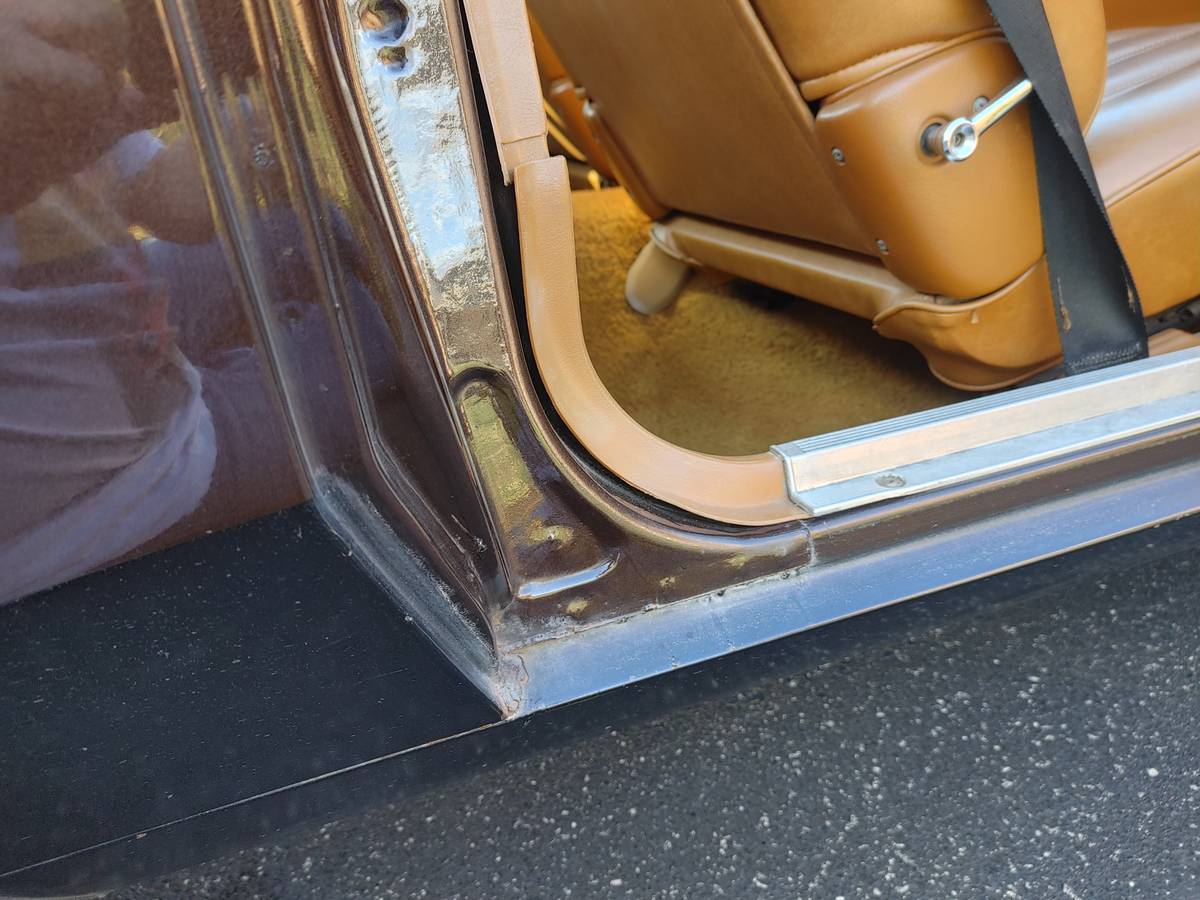 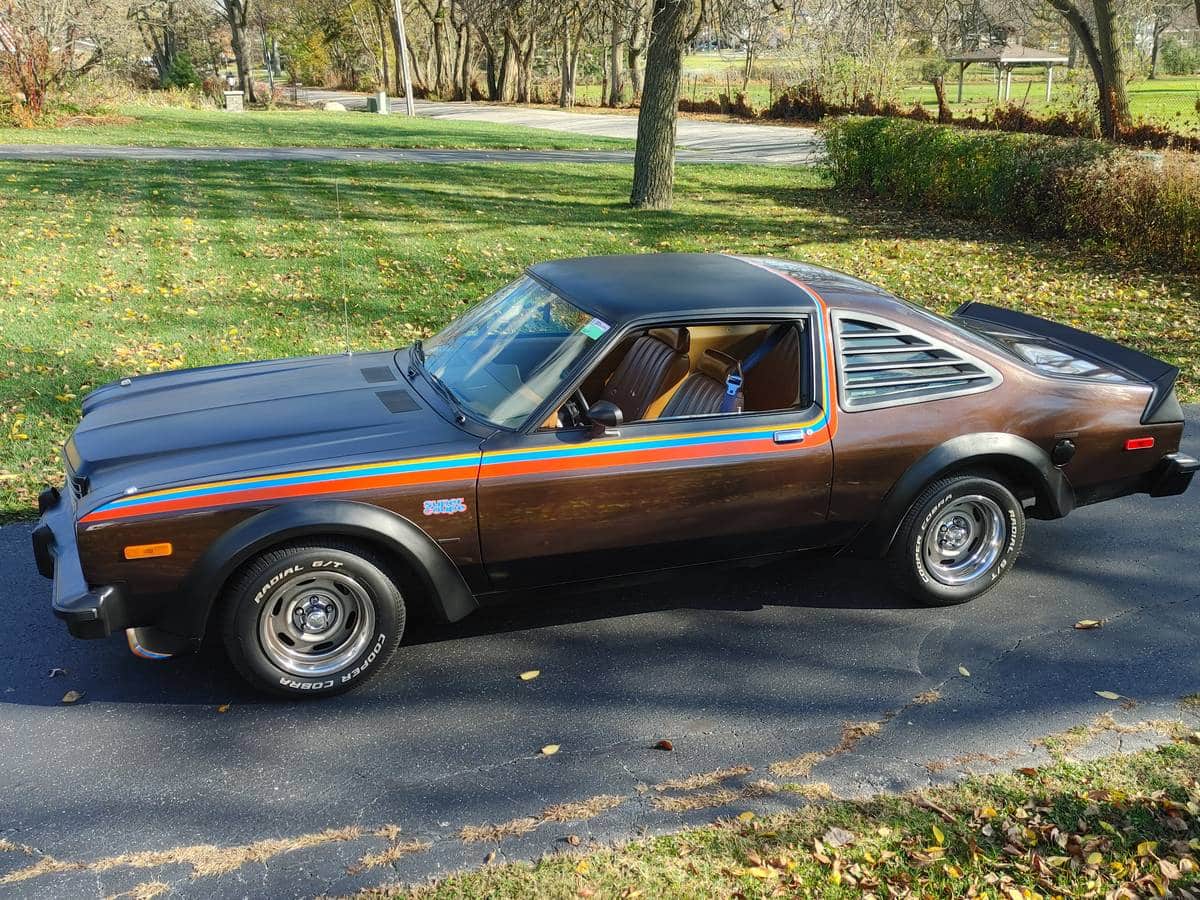 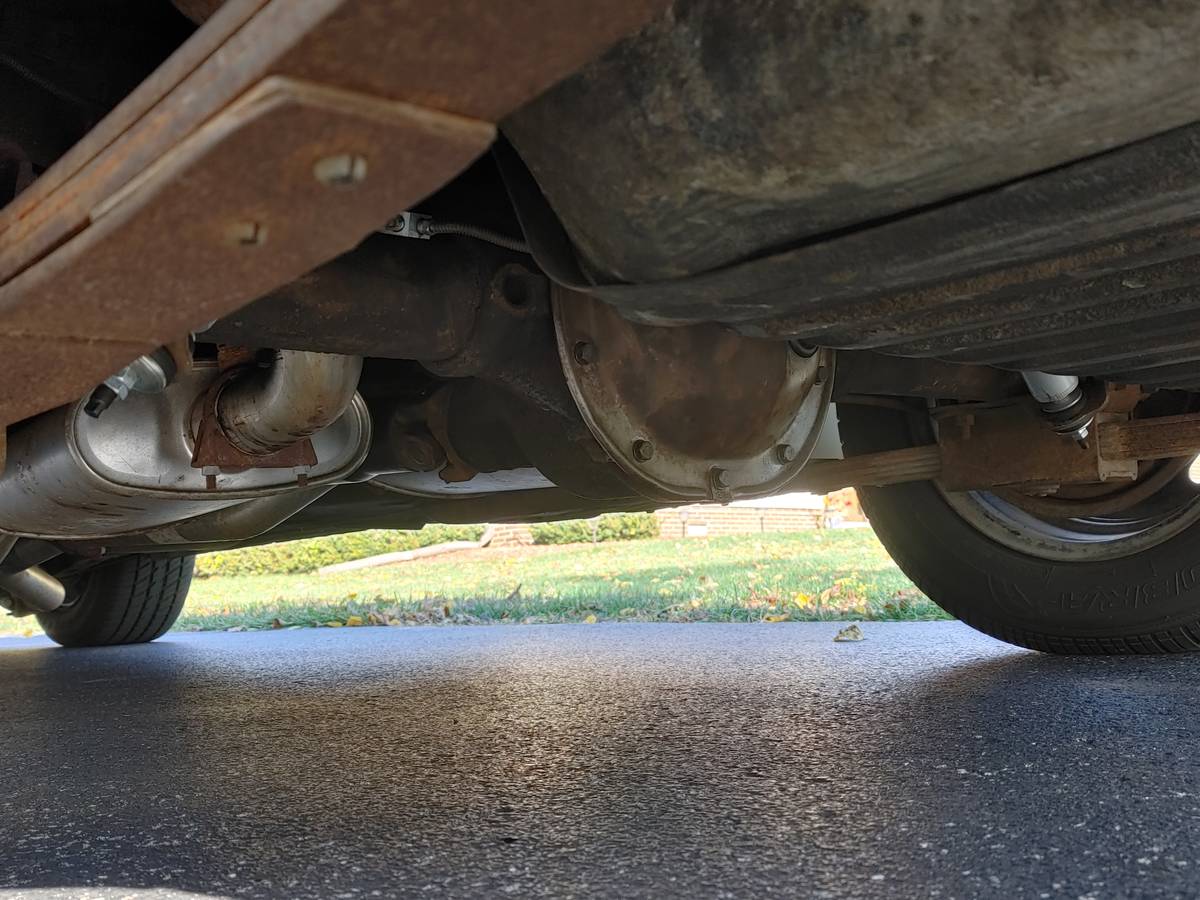 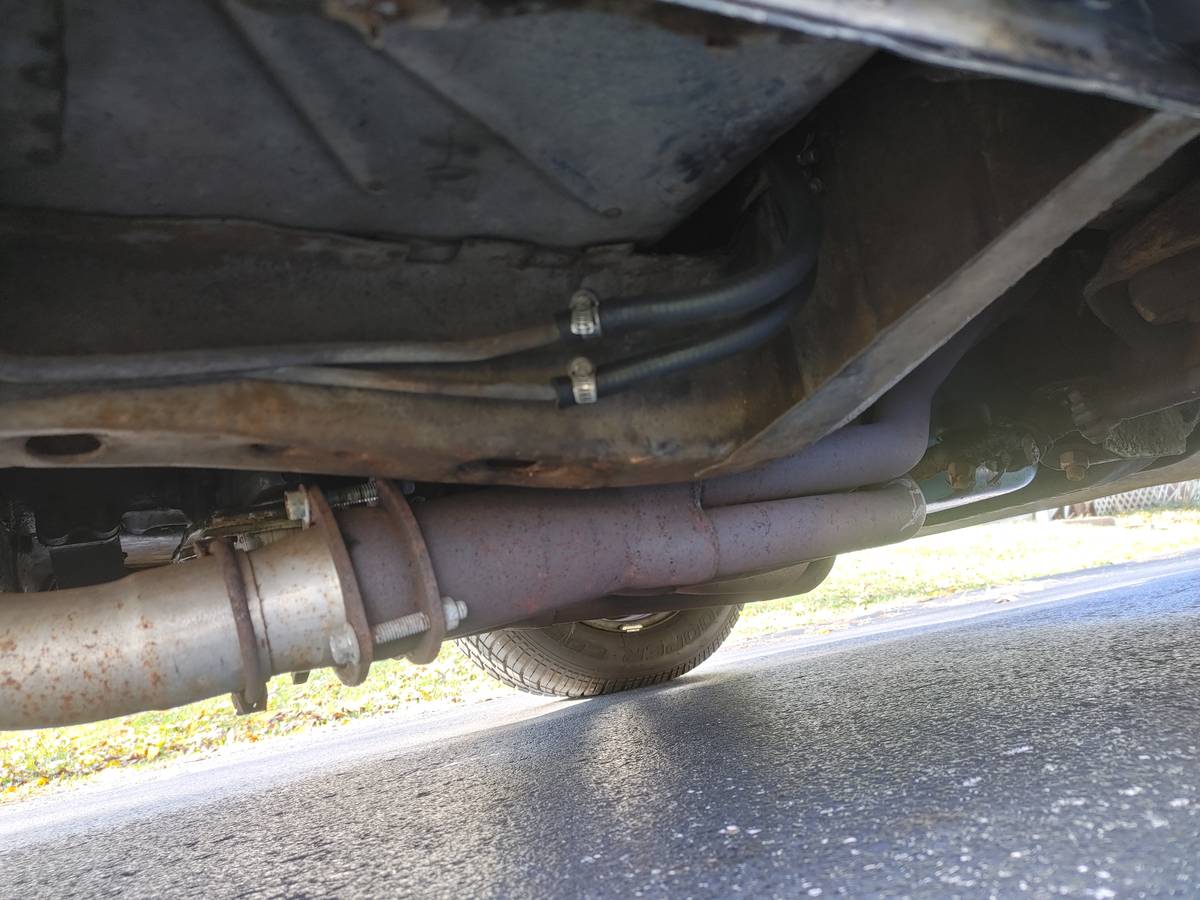 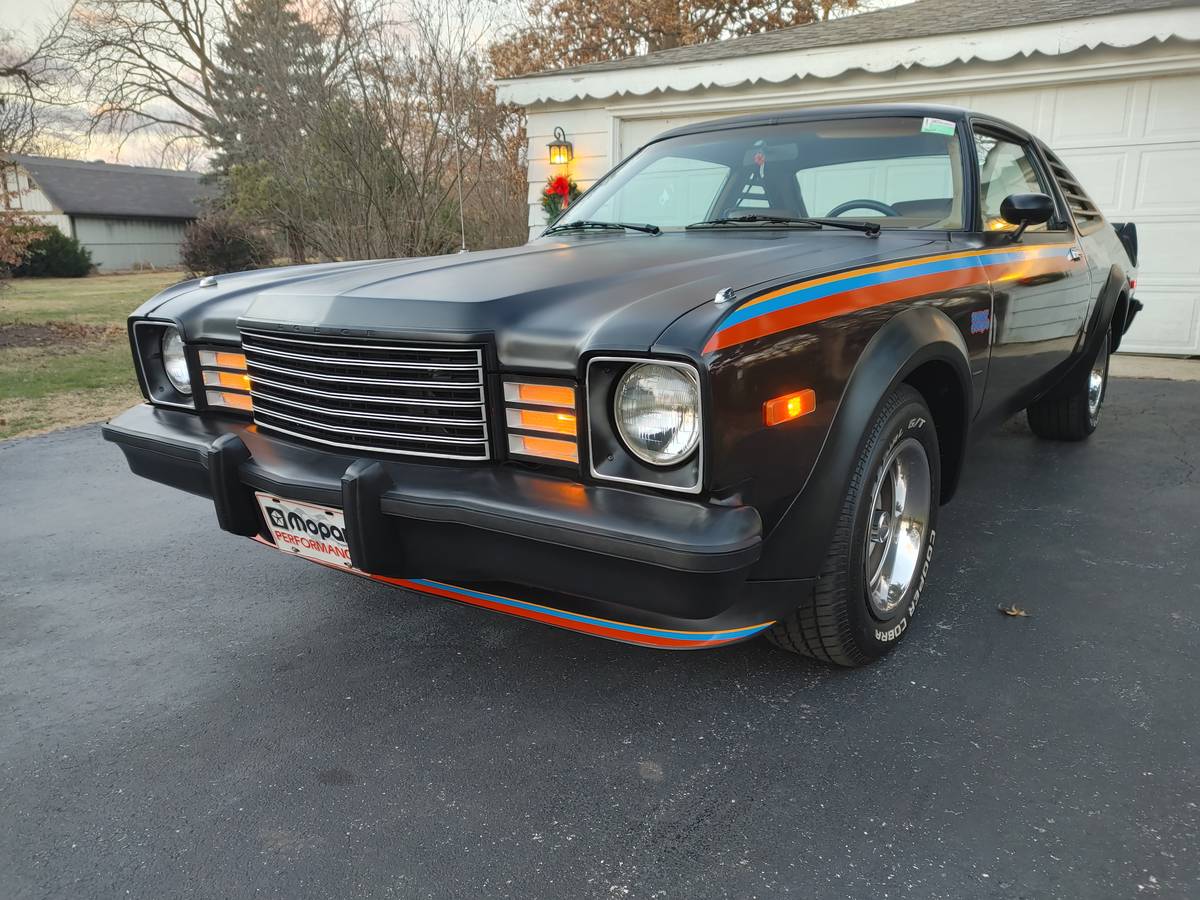 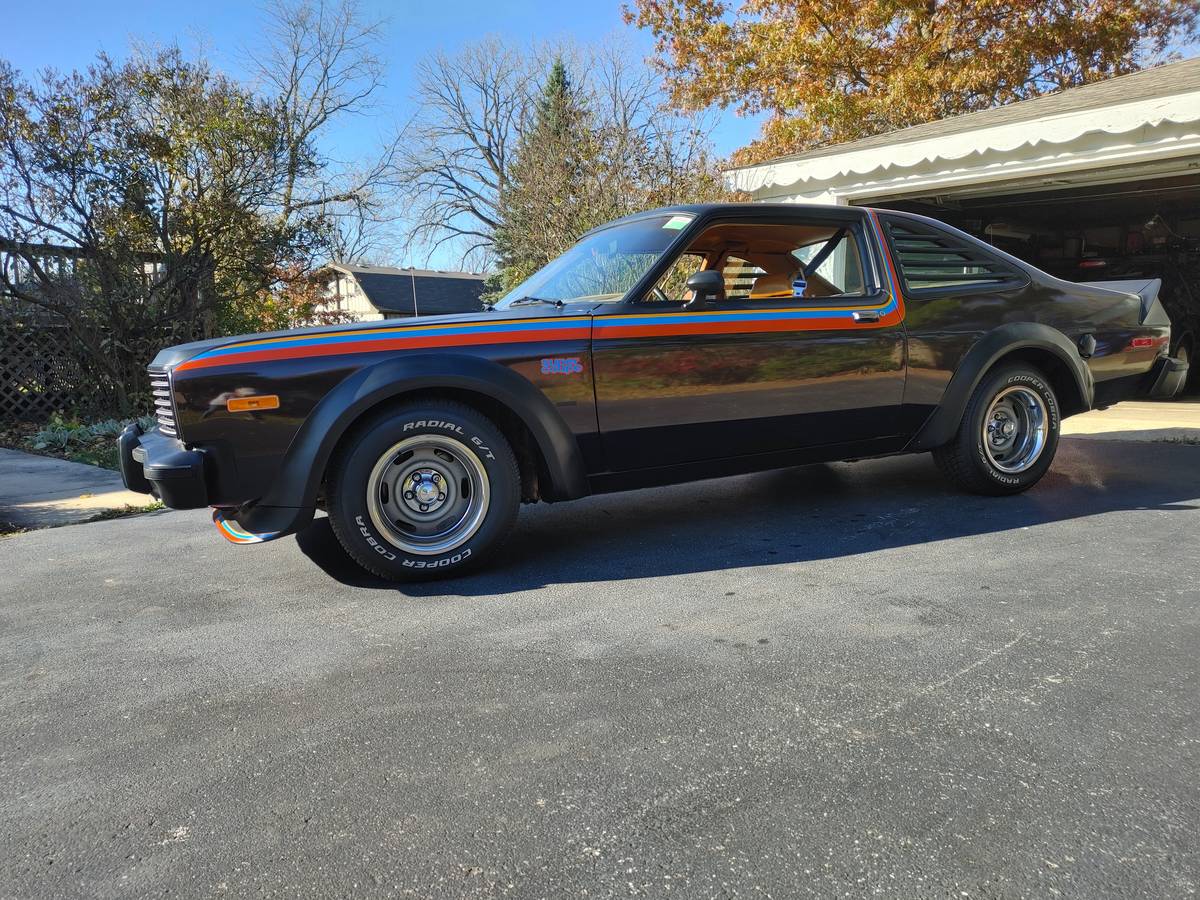 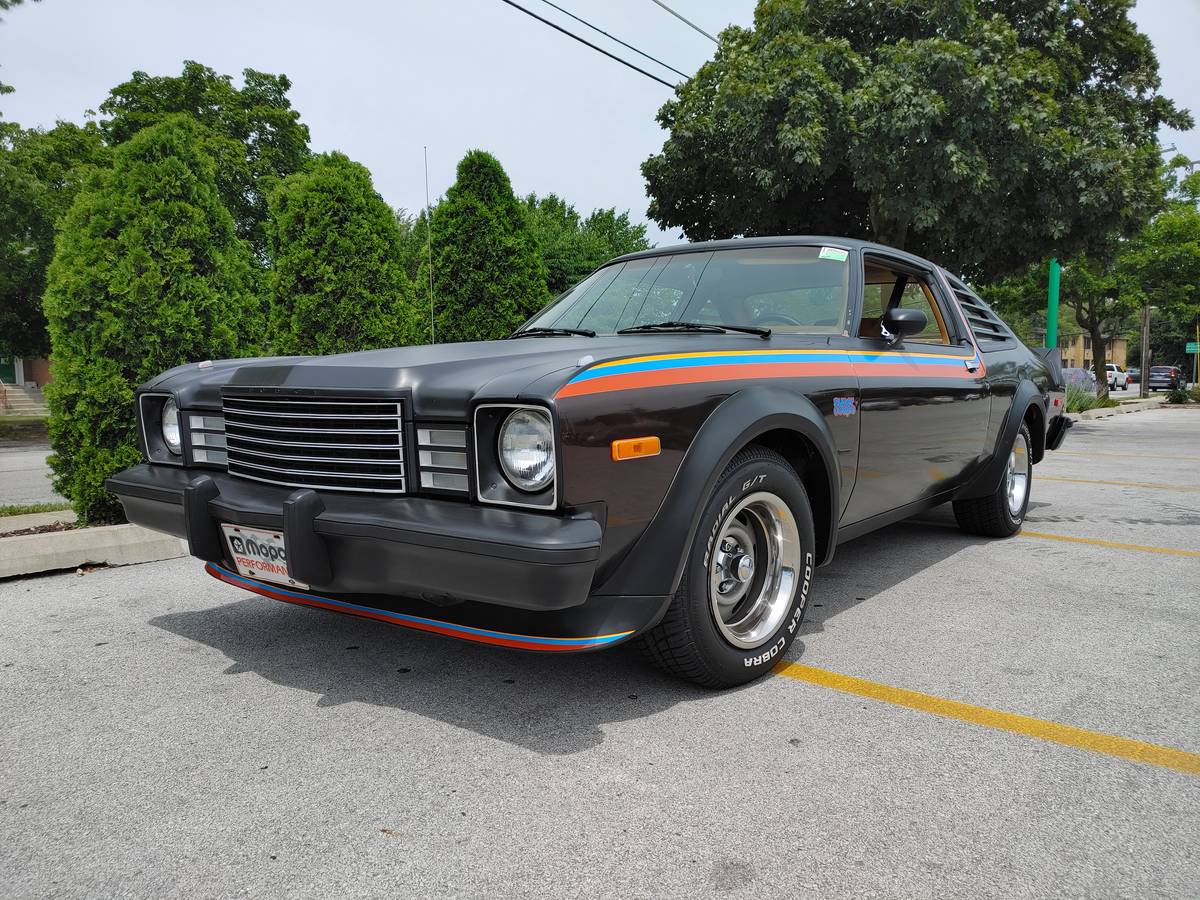 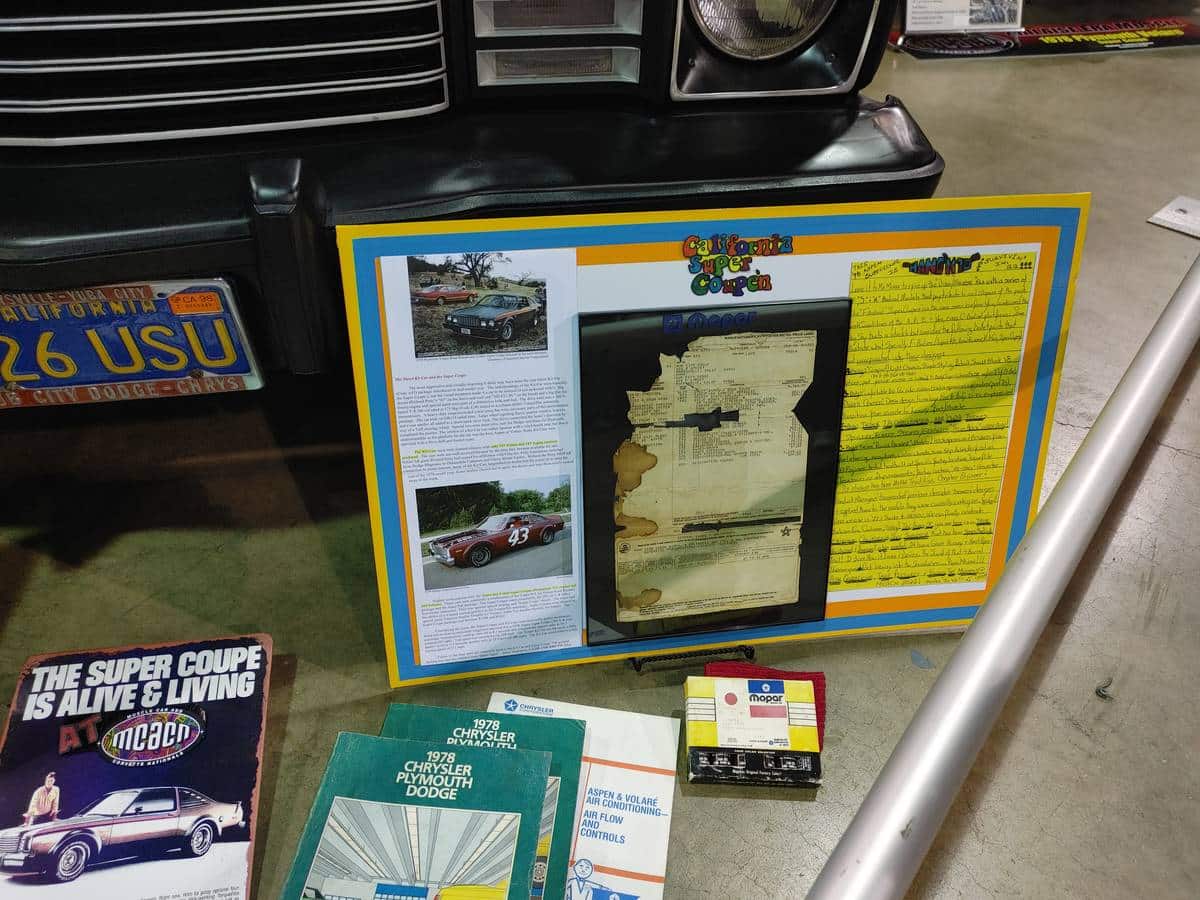 December 12, 2022, Update – We confirmed the seller of this “Classifind” deleted their listing, so we’re now able to call this one “SOLD!” While this one got away, please reach out either by email or call us directly if you’d like to be informed when we come across something similar.

Despite increasing safety, emissions, and fuel economy regulations combined with changing consumer tastes, the U.S. automobile manufacturers continued offering sportier, Muscle Car-like versions of some models.  The increasing popularity of Pontiac’s Trans Am motivated competitors to chase buyers with their tape-striped and spoiler-equipped offerings.  One last ditch attempt at Dodge (before Lee Iacocca took the helm) was the 360 cubic inch V8-powered Dodge Aspen Super Coupe offered for the 1978 model year.

This 1978 Dodge Aspen Super Coupe, once listed in November 2022 on Craigslist in Homewood, Illinois (Chicago), is reported to be one of only 531 examples produced for the only model year offered.  The seller calls their Aspen survivor quality. However, they quickly point out that the numbers-matching engine was professionally rebuilt at some point.

Currently offered for $23,500, Classic.com, the analytics and search engine for the collector car market, confirms the ask is at the high end of the five-year rolling average of this guide’s summary for all Dodge Aspens produced between 1976 and 1979.  By clicking on the green dots in the graph below, you can navigate to each comparable car sold as a way to help you evaluate the price of the Super Coupe featured here:

As a second data point, the  Collector Car Market Review Online Tool reveals the seller’s ask falls between this guide’s #2 Very Good” estimate of $17,700 and its #1 “Excellent” appraisal of $28,500.

As an example of how much the U.S. auto market changed in the late 1970s, consider this:  While the Dodge Aspen and its brother Plymouth Volare launched as compact-sized cars in 1975, by the end of their production run in 1980, the government considered the pair intermediate cars.  As successors to the successful Chrysler A-body line (think Dodge Dart, Plymouth Valiant, and Plymouth Duster), Motor Trend named the pair their “Car of the Year” for 1976.

While powertrains remained either Chrysler’s tried-and-true 225 cubic inch slant six or 318 cubic inch V8, the most innovative feature was a completely new front suspension replacing the longitudinal torsion bar system most Chrysler cars dating back to the late 1950s.  While not as geometrically favorable, the new isolated transverse torsion bar set-up saved space and weight.

Most importantly, the new front suspension system provided a “big car ride” as the suspension had a low or softer fore and aft compliance which allowed the wheel to move rearward instead of straight up and down when the tire encountered an object, dampening the blow and rolling with the condition of the road.

Dodge rearranged Aspen trim levels for 1978. Instead of having separate base, custom, and high-line Volaré premier/Aspen SE models, there was simply the base model to which the buyer could add custom and premier/SE option packages. For their third production year, the Volaré and Aspen received their first visual update in the form of new front grille and fascia treatments. Starting with the 1978 model year, the standard three-speed manual transmission was no longer available with its shift lever mounted on the steering column; both the standard three-speed and the four-speed overdrive transmissions were only available with their shift levers mounted on the floor.  New performance and trim packages for both models included the Volaré “kit car” and the Aspen “super coupe,” which combined performance trim with the 360 cu in (5.9 L) V8

The Osborn Tramain YouTube Channel features this 1978 Dodge Dealer promo that covers the complete Aspen line for that model year.  The Aspen Super Coupe-specific information can be found at the 3:30 mark:

If you’ve always had your heart set on finding a numbers-matching 1978 Dodge Aspen Super Coupe, this survivor quality example might be the only one you’ll see listed for a while, as these do not come up for sale that often.

“Hello! This is a Nice 1978 Dodge Aspen Super Coupe in Sable Sunfire Metallic (Brown) with Black painted accents. It is 1 of 531 ever made. A little history about the model and then details about THIS Super Coupe! Contrary to popular belief, cool cars didn’t just die after 1972. While some like to keep their eyes closed to the fact that cool cars actually did exist after 1972, a whole group of new enthusiasts is learning and finding interest in this new era of cool cars. Back in the “Malaise Era” (1973-1983), American Automakers were in the process of not only transitioning from the muscle car era but also dealing with government regulations, environmental concerns, and a tepid economy all at the same time. It’s really amazing, given the period when the manufacturers pulled off some real gems over the Malaise Period that gave rise to some notable cars. The 1978 Dodge Aspen Super Coupe is one of them, and it was a limited edition 1 year only model that was joined by its Plymouth Volare counterpart and by a pair of “Kit Cars” both made respectively for Plymouth and Dodge as well. All in total, (531 Dodge Aspen Super Coupes, 494 Plymouth Volare Super Coupes, 247 Plymouth Volare Kit Cars, 145 Dodge Aspen Kit Cars) were made. Every model was very low production and very rare to find then as they are today. Based on the popular Dodge Aspen and Plymouth Volare models that were introduced late in 1975 as ’76 Models to replace the Dart and Duster, the basic chassis platform of these models proved to be quite stout. It allowed for Chrysler to spin off other models from this platform over the next 13 years! (Chrysler 5th Avenue, Dodge Diplomat and Plymouth Gran Fury Police Service Vehicles!)

By 1978, with Chrysler’s back up against the wall financially, a concerted effort was made to put out some distinctive models with Good Hardware and Excellent Drivetrains. Chrysler contracted outside modifier Cars and Concepts, to refit Aspens and Volares with the Super Coupe and Kit Car Specialty Hardware. The drivetrain was a proven and formidable performer. Some road tests back in the day proved them to be faster than The Corvette, Trans Ams and Camaros counterparts! This Aspen Super Coupe you see here is a well-kept and driven often. It is a True “Survivor” in the most literal definition as it is still here today and looking good! It has an Excellent Paperwork Trail and Maintenance History. I even reconstructed the original window sticker! It has the Factory shop manuals, a fender tag that proves its pedigree, and numbers that match throughout the car.(radiator support and trunk drip rail stampings!) Here’s your chance to own a very unique piece of rare MoPar history. You will get plenty of attention with this one! Disco is Cool Again!

Chrysler Factory Code “E-58” Police Specification 360 c.i.d. 4bbl V8 (5.9 Litre). This engine is original factory numbers matching to this Super Coupe. Since this is an Original “California” Specification Super Coupe, it is NON LEAN-BURN equipped. It was, however equipped with an air pump assembly. That and the all the original Associated Hardware are all included in a box as Exhaust headers have taken their place providing a substantial increase in performance! The Original matching numbers California spec “Thermoquad” four barrel carburetor is present and works well.

The Original Engine did receive a full rebuild back in 2006. Energy suspension urethane motor mounts were installed. Approximately 5,000 Mi has accumulated since that rebuild. Because the build was done by a personal friend of mine who does his own Mopar engine building, I do not have paperwork, but if the interested party requests, I can connect them to the builder for a conversation. As mentioned above, the original air pump assembly and cast iron manifolds along with all the associated Hardware, brackets,Etc. Have all been kept in an individual box and go with the car.

8.25″ Rear Axle, 3.21:1 ratio, NON “sure-grip”. It appears not all cars were equipped with Sure Grip and in particular probably because it was in California to begin with and Sure Grip is not as much of a necessity there. Mind you that is just an opinion, not a fact and probably how the factory or dealer was thinking when they ordered it. A full fluid service and a differential cover fiber gasket we’re done back earlier this year as well.

98% of the Factory original paint remains. Touch ups done over the years (especially on the black trimmed out areas) were done when needed. Body retains a pleasant “Patina” in the paint and in its general overall condition. Preservation and retaining as much originality has been the priority over the years. It’s not perfect (California tree sap marks/old stains on the trunk lid still there) but short of a full restoration, it is in Very Nice presentable driver quality and car show condition! The Super Coupe was a Participant at MCACN 2022 (Muscle Car And Corvette Nationals) recently! (See Pics)

Interior has been maintained and preserve. Seats are original as are the material on the seats. Dash pad is Excellent. Headliner “fiberboard” has a few abnormalities but nothing worth worrying about. Sun visors are in Good shape as are many of the Interior trim pieces. Factory Carpet is in very presentable shape as well. All lights & accessories work. A/C is all there but will need a thorough going through. Did NOT come equipped with the rear electric window defroster (California thing?) Door Glass/Window seals are newer but will need lower door seals soon (dry, cracked…have Source Reference for replacements.).

The mileage on this vehicle is represented as accurate and true. The history of paperwork validates this logically. All electrical and mechanical components function as they should. This car attended several different car shows over the spring and summer seasons and culminated in the MCACN show a few weeks back. Unless you were attending a large-scale Mopar event, You will definitely be the only one with this model at a show!

The Super Coupe is being sold in “As-Is” condition, with no warranties or guarantees implied. Please look at the pictures carefully and consider all the information above.

If the vehicle is still present here on craigslist, it is still available. No need to ask. I do expect the typical “I want to buy your car” using the title description inquiries within the first few hours of this ad as per typical scammers on Craigslist protocol. Lol! Solicitors and Consigners need not inquire as I am not interested in the services offered. I do just fine selling my items. Upon the sale of the item, the buyer will receive a clean and clear Illinois title signed over by me to the new owner, a bill of sale, and all the Associated paperwork with the vehicle, including all the extra parts in the boxes that I described. I have numerous additional pictures that I can provide to potentially interested parties. I can assist the potential long-distance buyer with shipping Arrangements as far as making sure the car is ready to be picked up near my home. I am very easy and agreeable to work with, and I would appreciate the same.

Please be sure to use the contact seller button to obtain a contact phone number and/or email me a message. An initial text message to begin the conversation is acceptable; however, after that initial text, it will be person-to-person via phone conversation ONLY! This usually separates the seriously interested parties from those that are not. Any ridiculous blind offers will be obviously ignored. Don’t miss out on a chance to get a Super Cool MoPar! Thank You!“

Show or go: What would you do with this restored 1978 Dodge Aspen Super Coupe For Sale?  Please comment below and let us know!