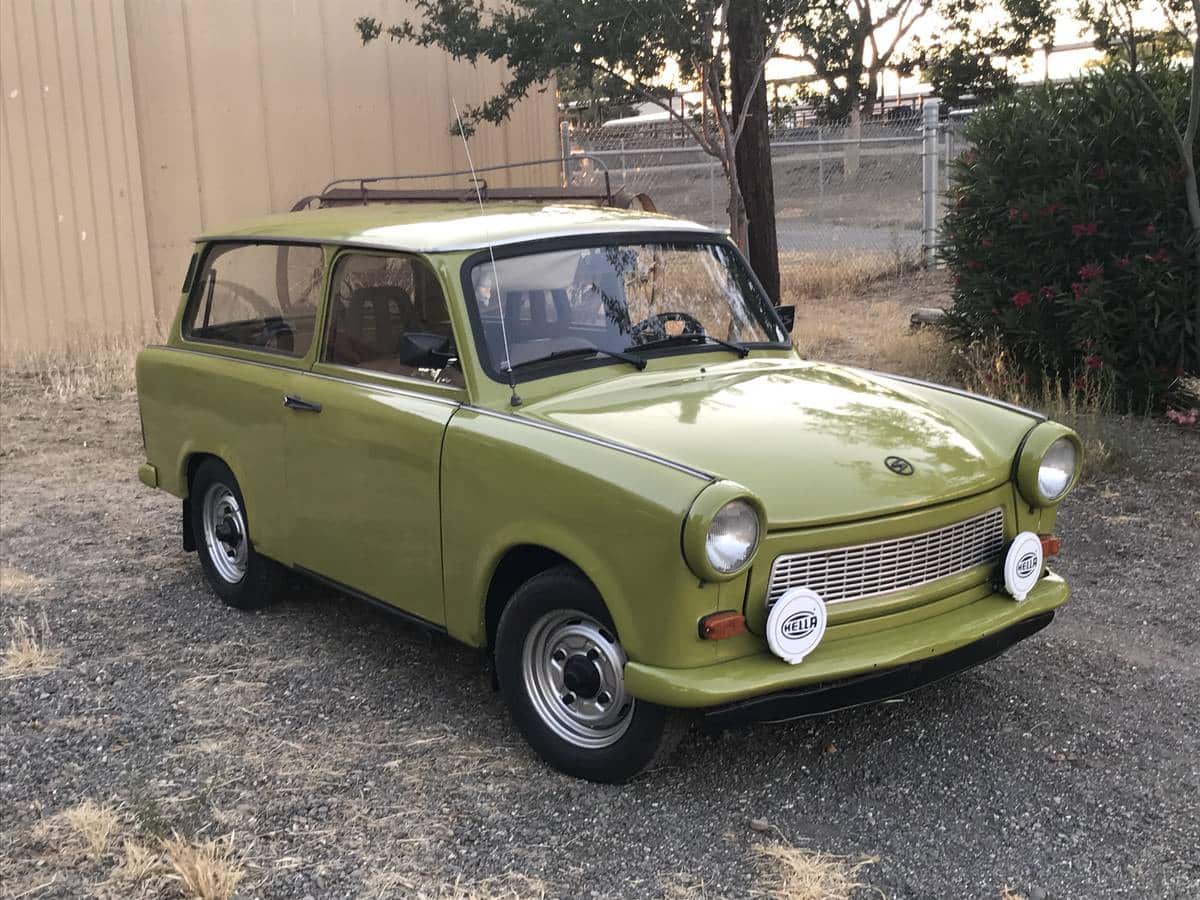 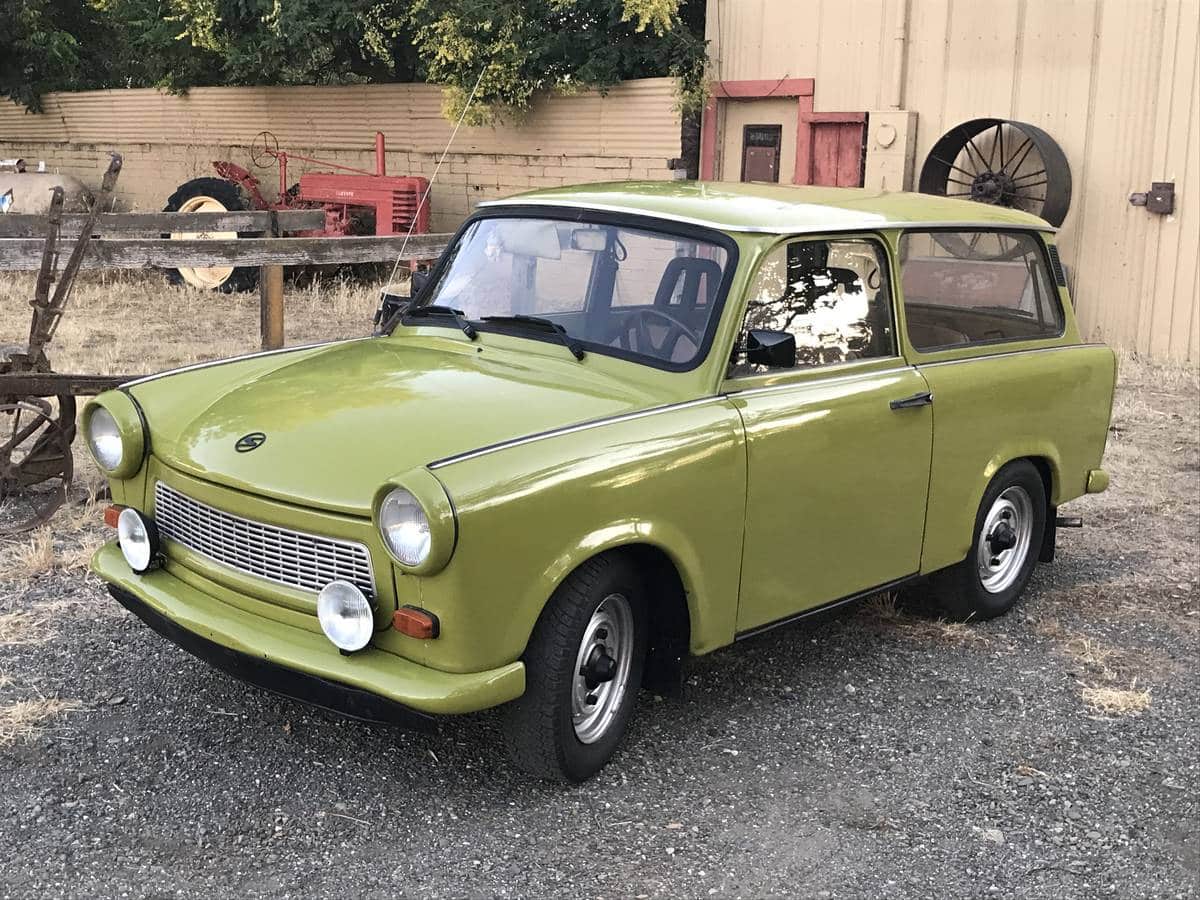 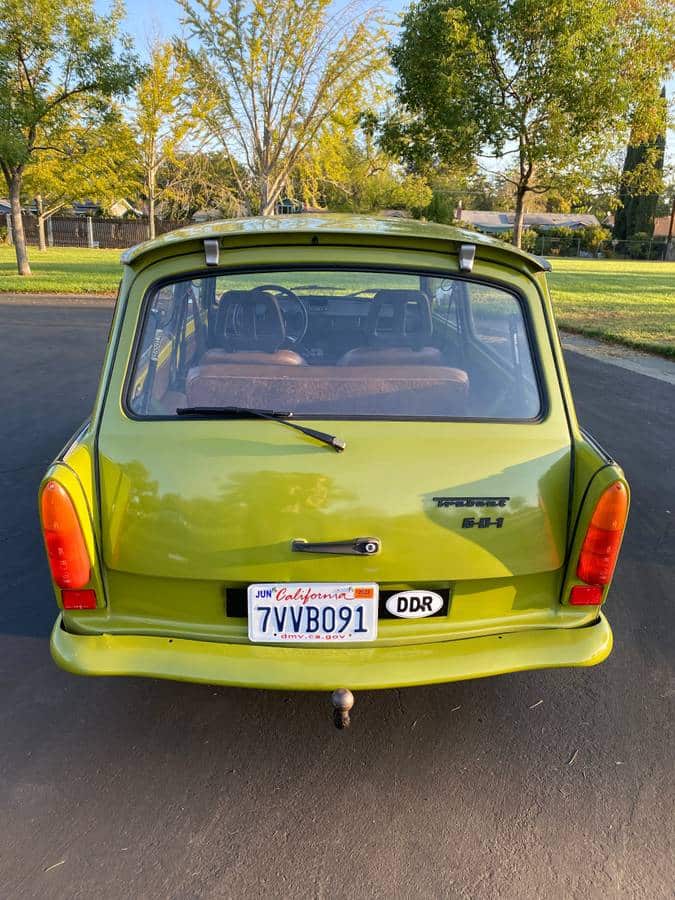 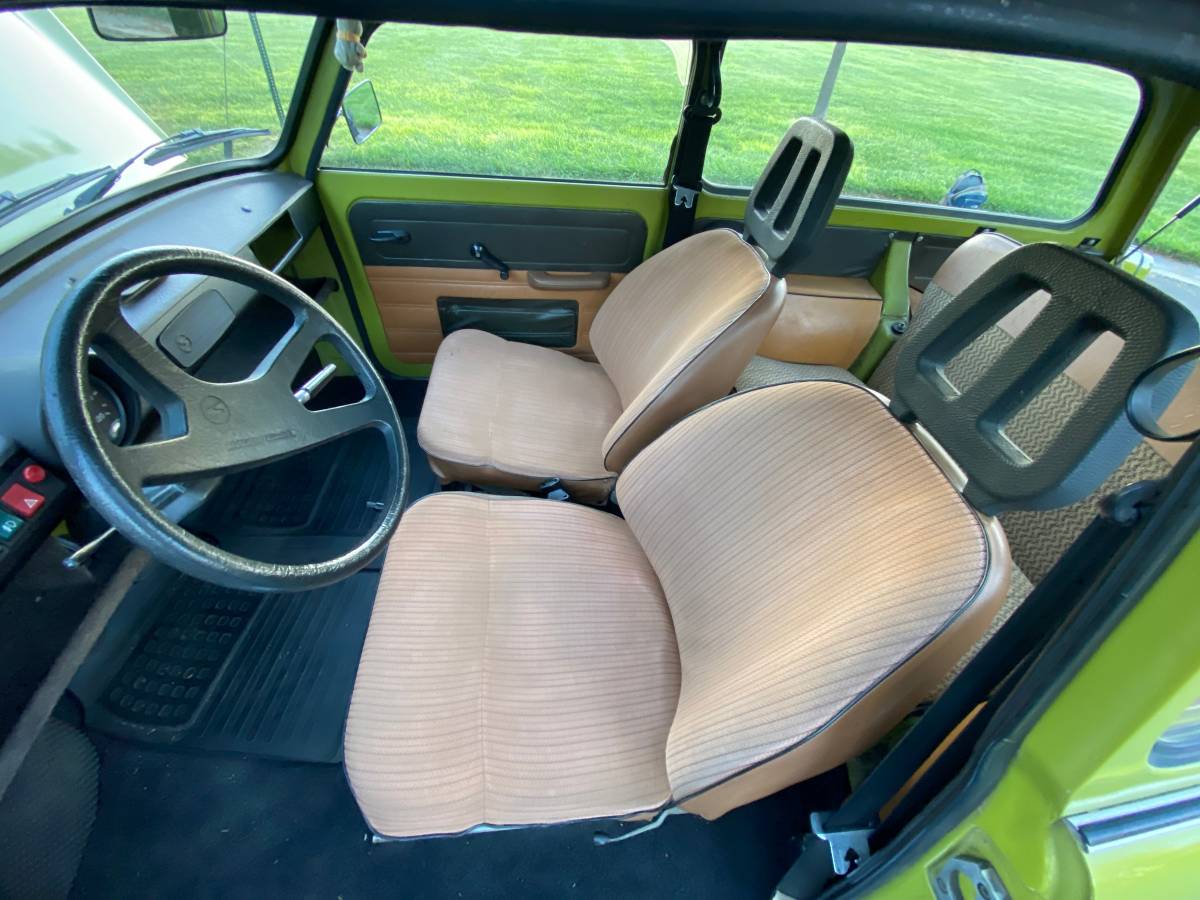 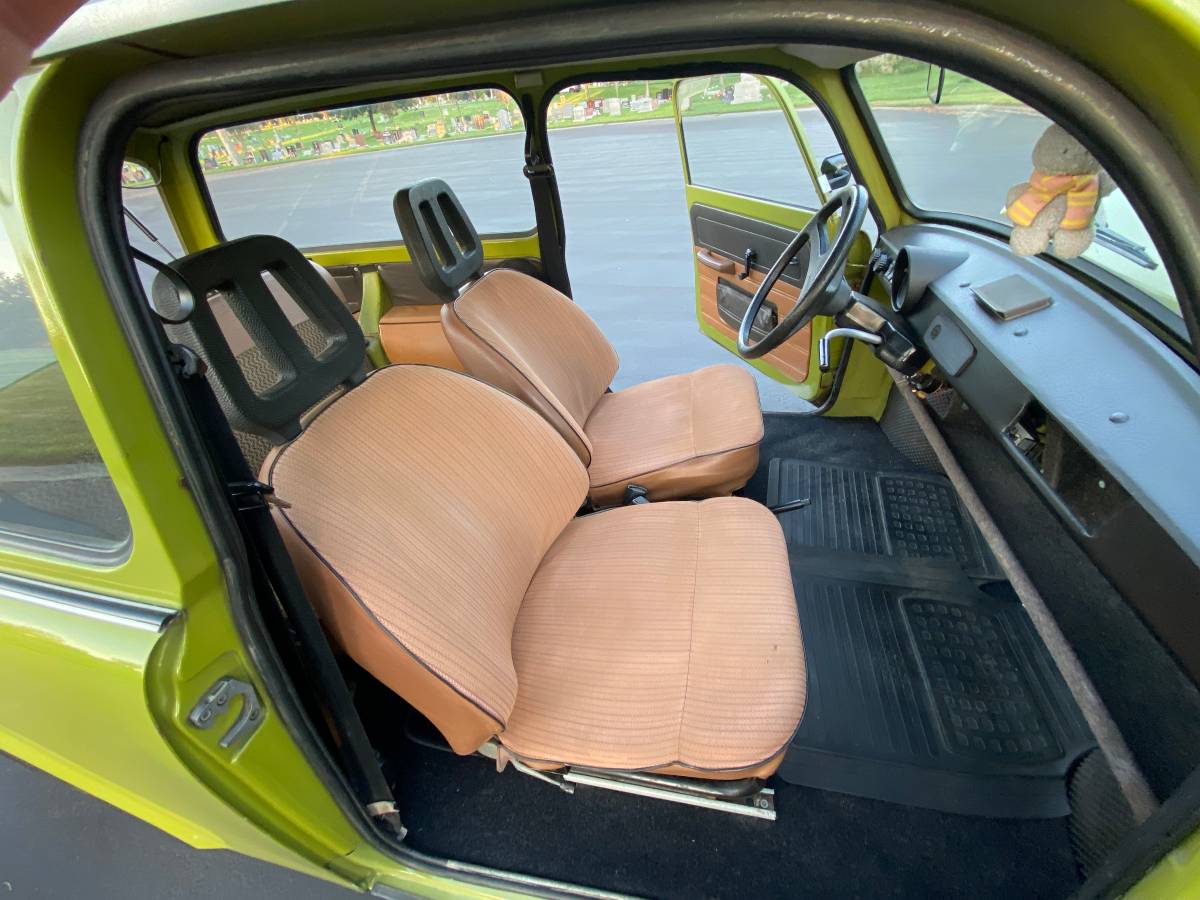 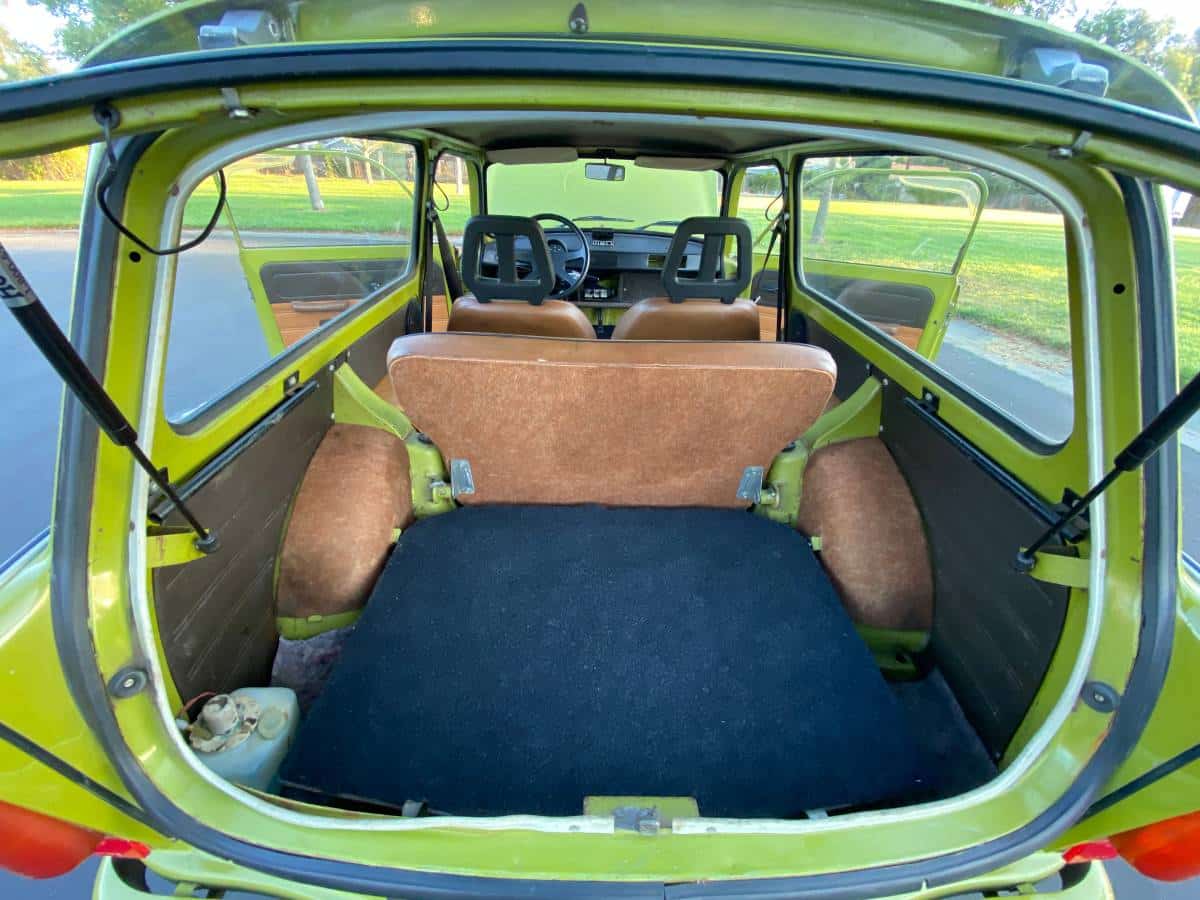 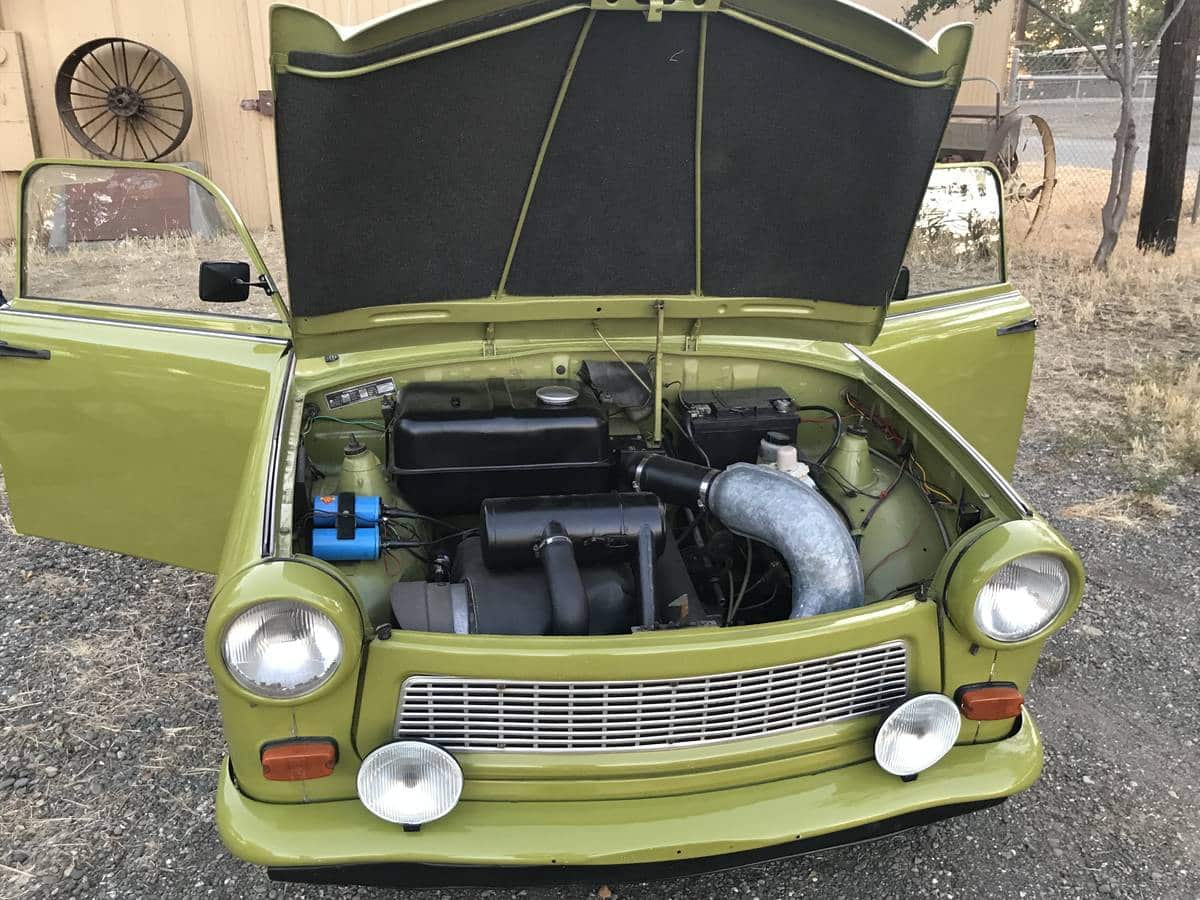 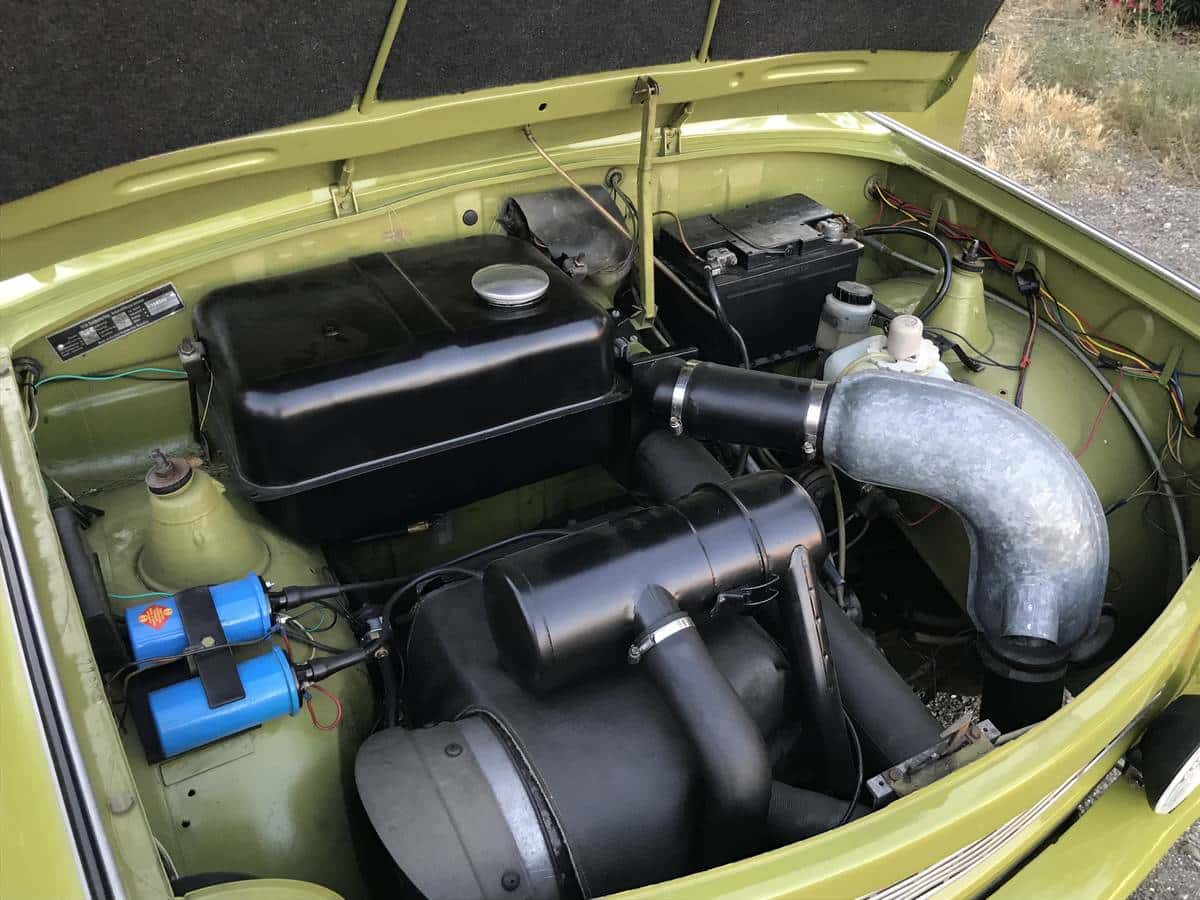 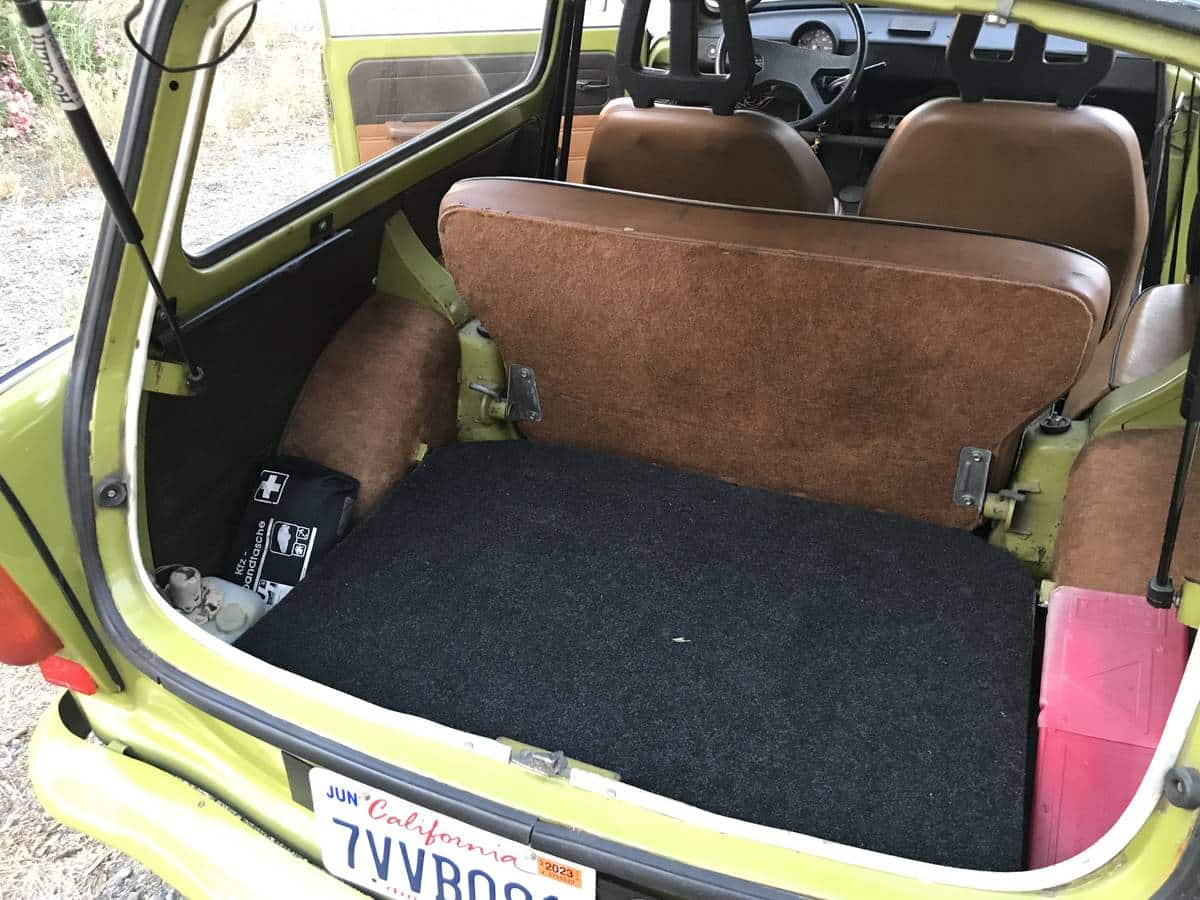 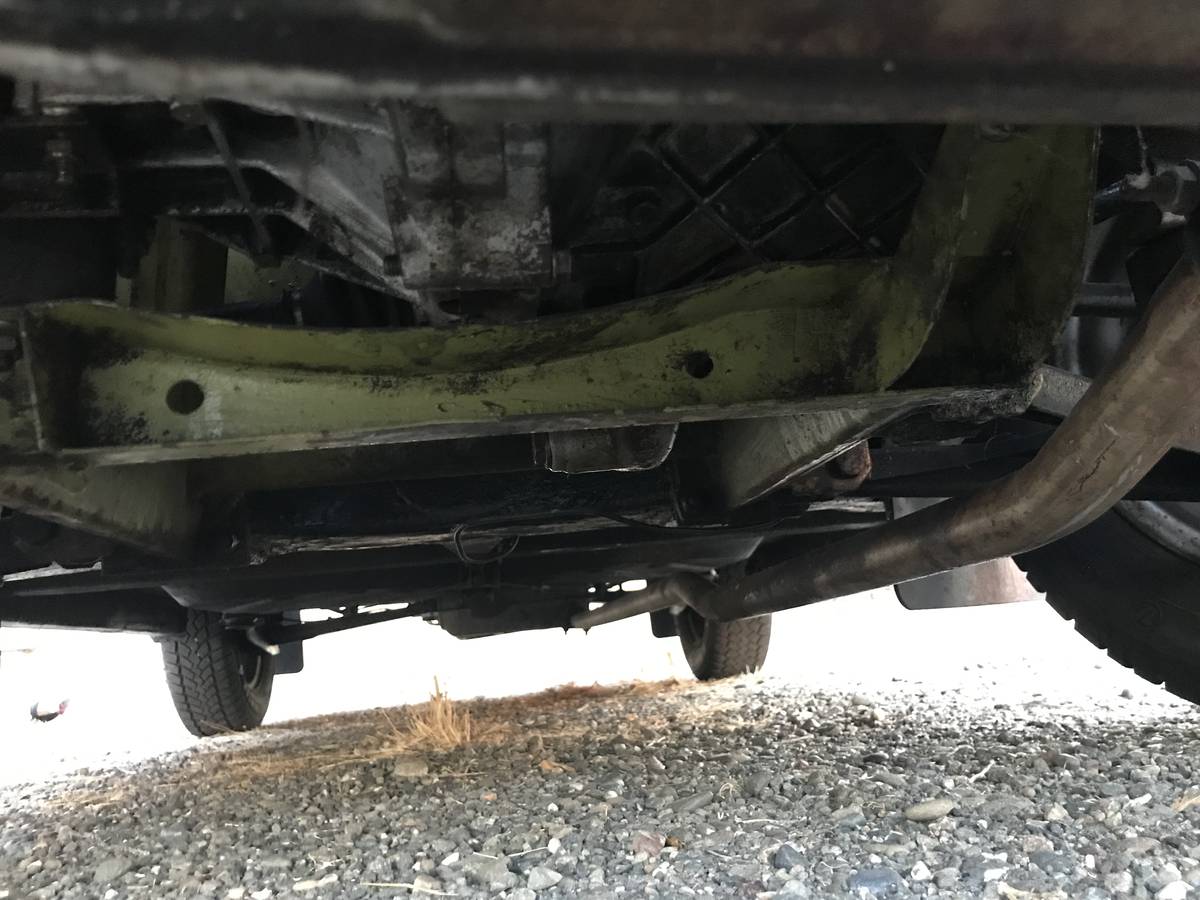 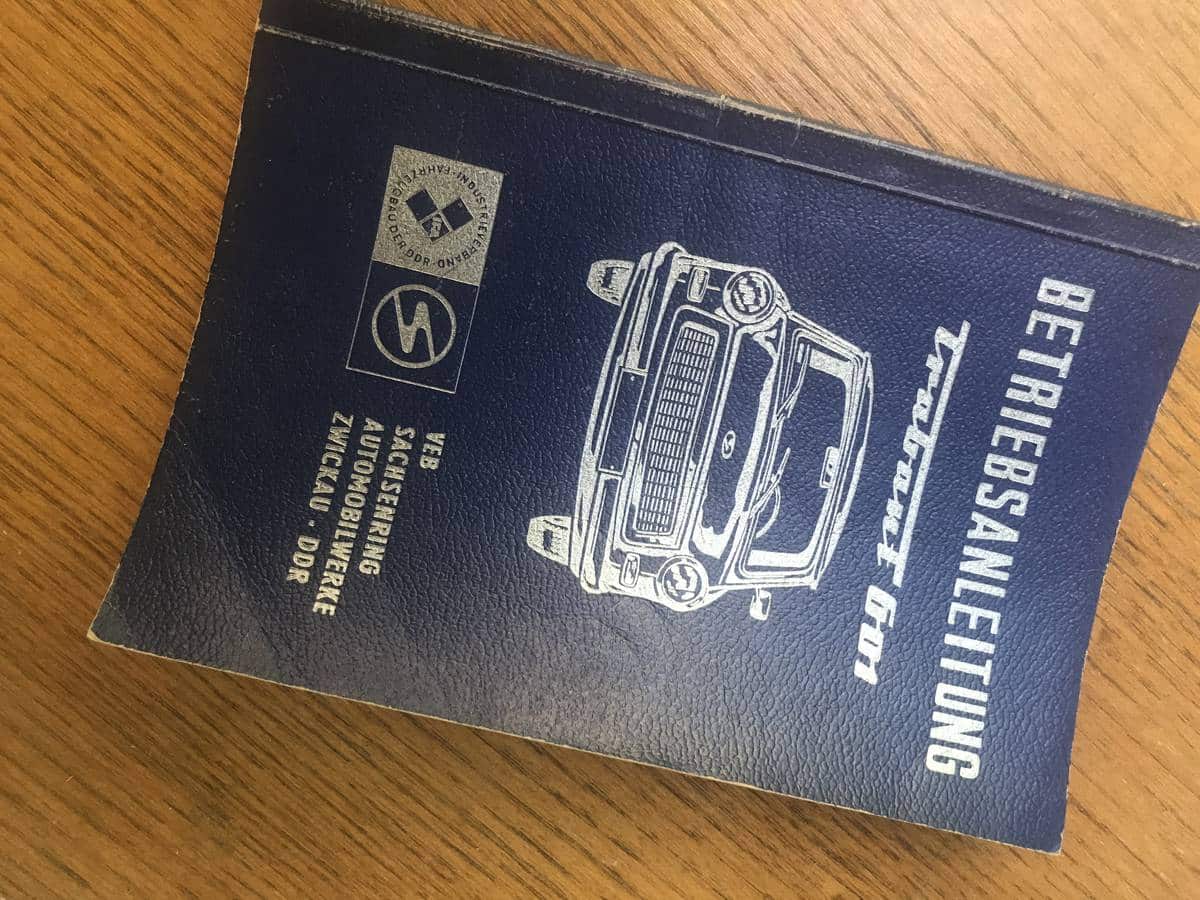 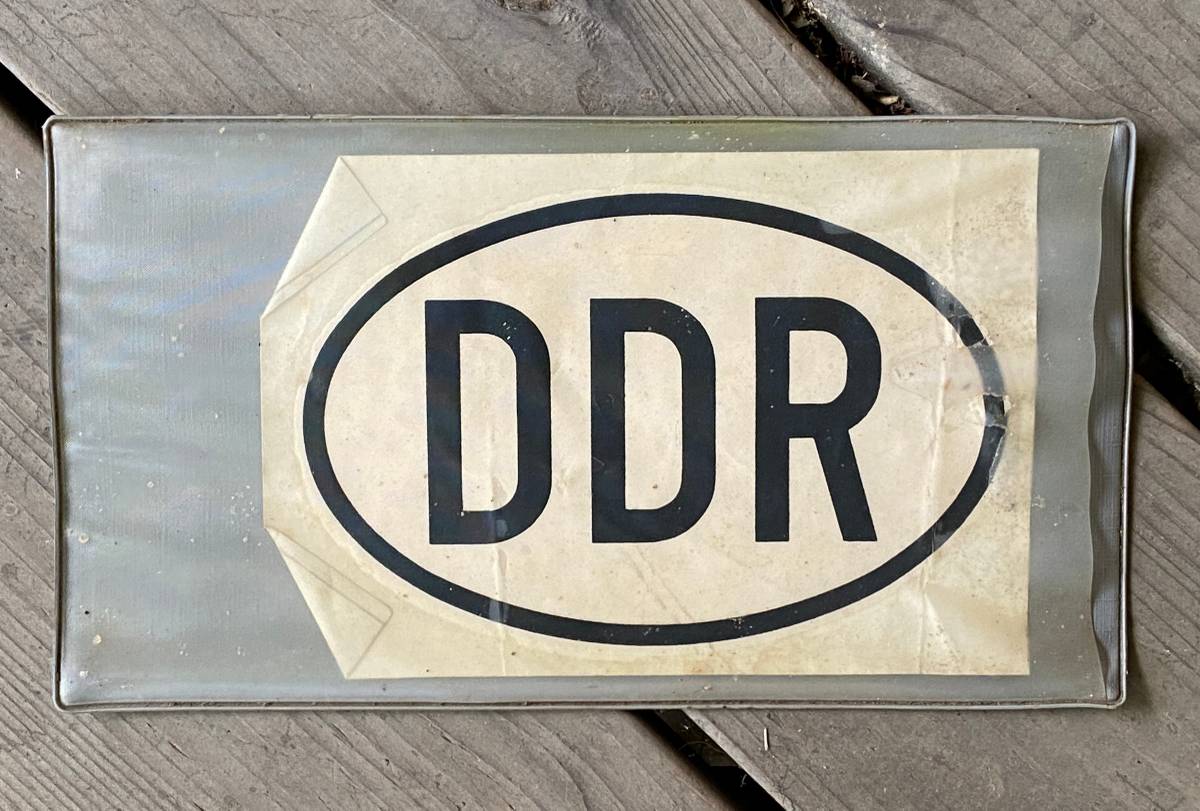 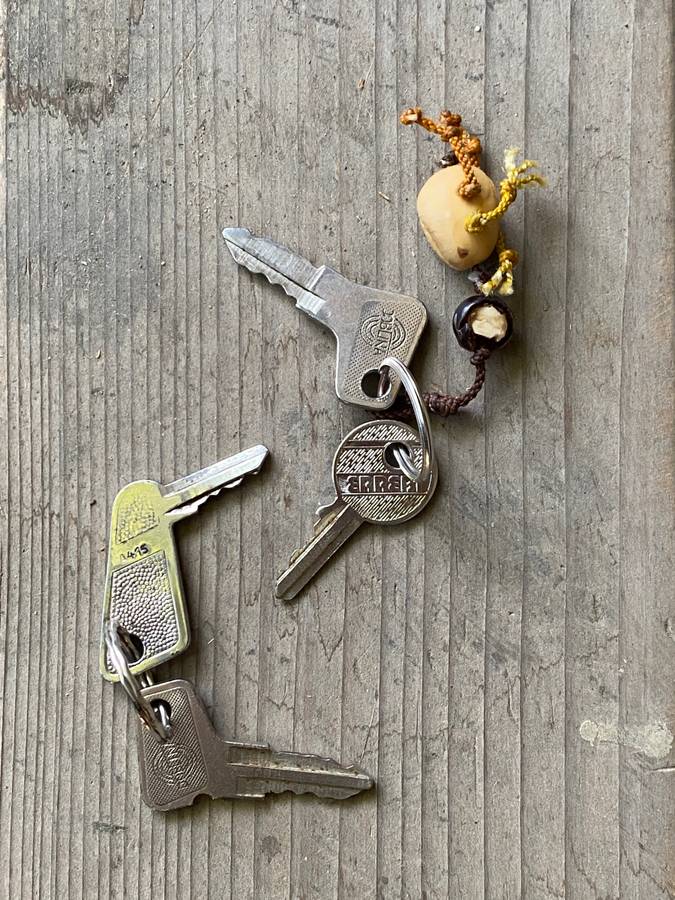 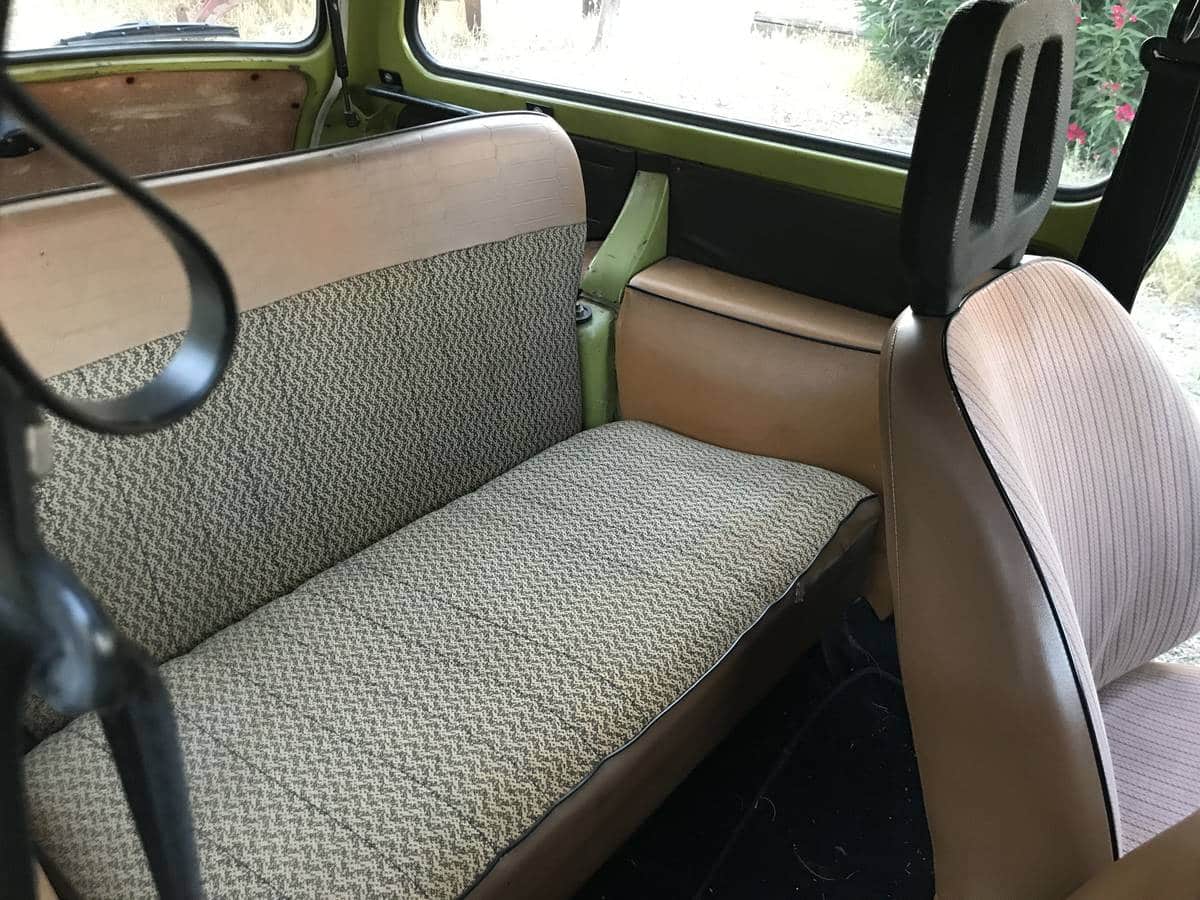 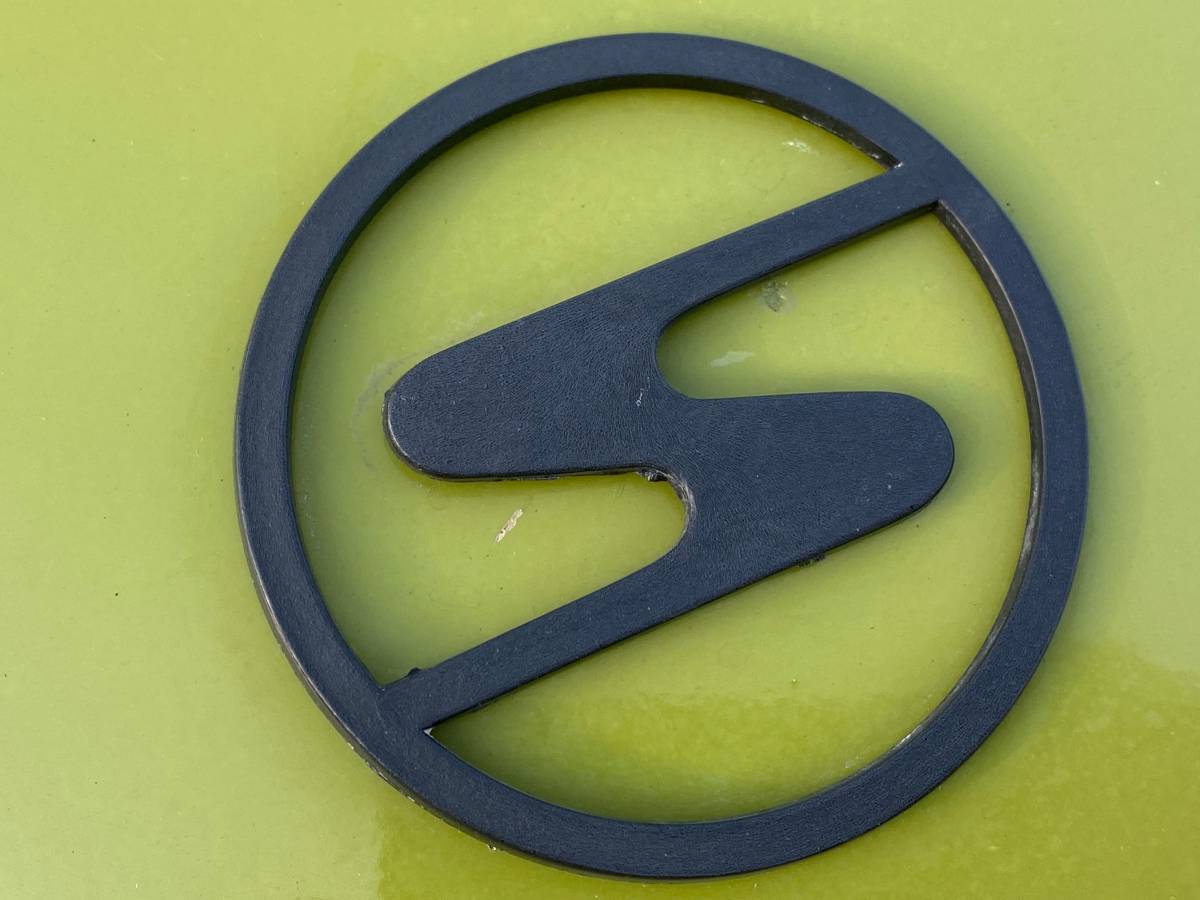 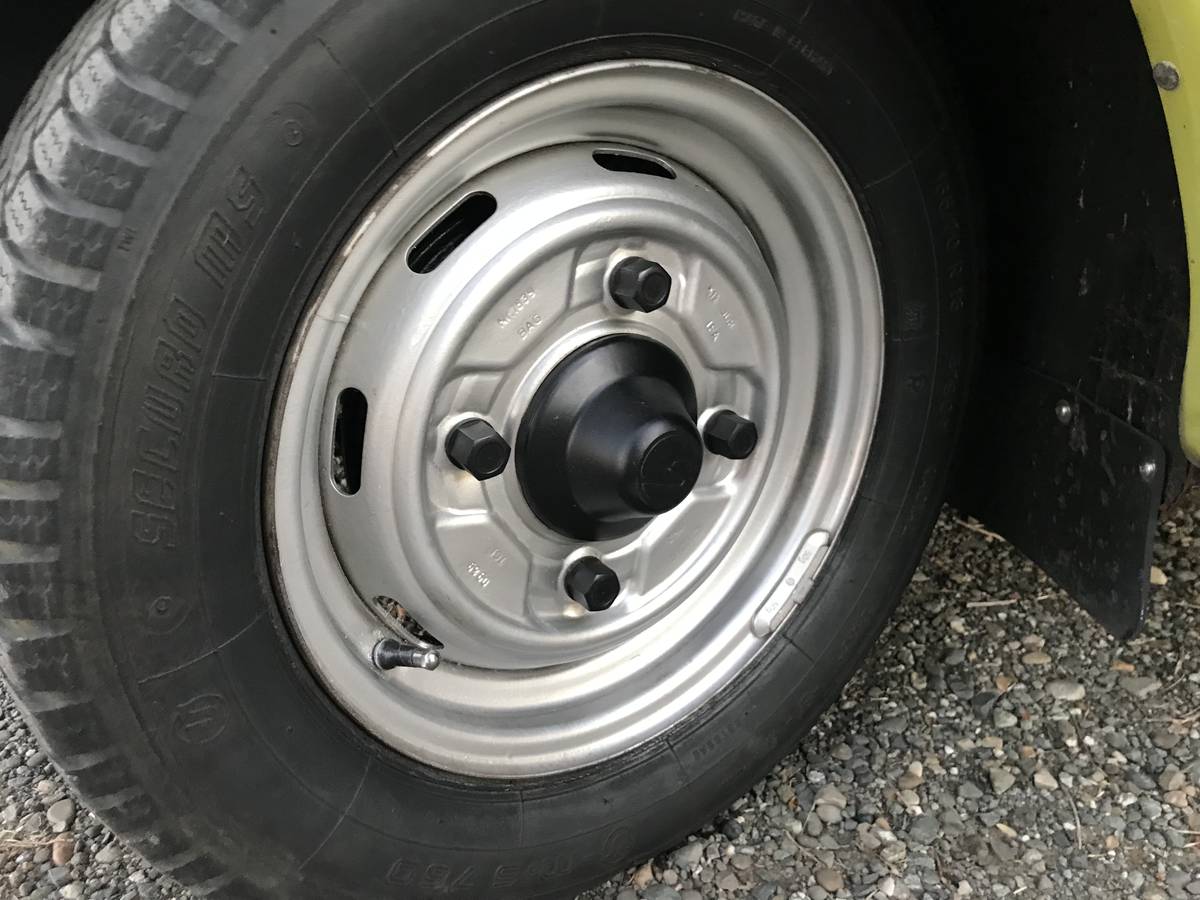 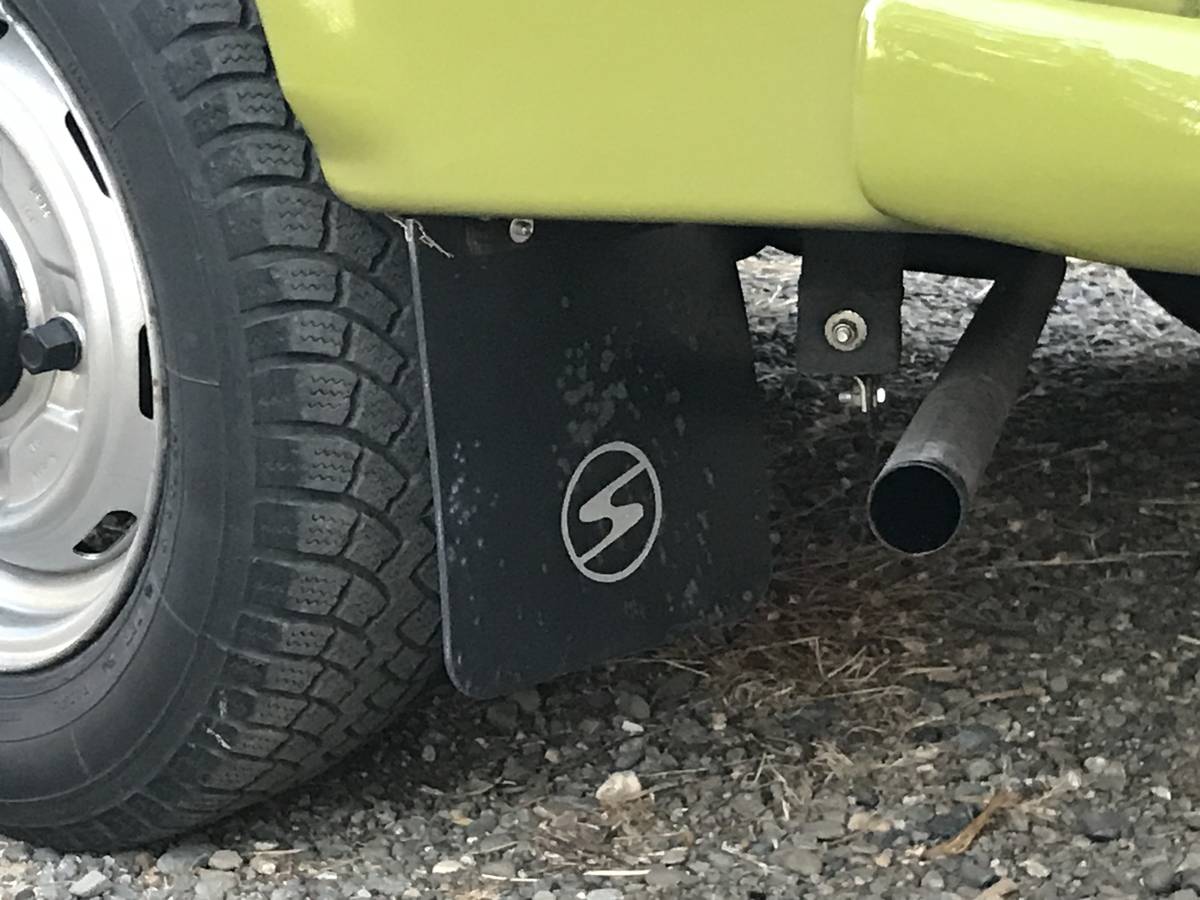 December 13, 2022 Update – Unfortunately, we confirmed that this Trabant ad was a scam based on an October 2022 Bring a Trailer auction. The Craigslist ad has since been removed.

It’s no secret California has the strictest emissions laws in the country, if not the world.  Most cars built after 1975 must continue to pass California Air Research Board (“CARB”) smog testing to stay registered in the state.  The state now has a law that will ban the sale of new gas-powered lawnmowers, chainsaws, and leaf blowers starting in 2024.

In this zero-emissions regulatory climate, we find it ironic that this two-stroke-powered 1962 Trabant 601 Kombi, once listed in October 2022 on Craigslist in Davis, California (San Francisco), is exempt from getting tested.  The smoke this throwback to the Cold War emits must make Californians insane everywhere the current owner drives it.  Imported from Dresden, Germany, in 2017. The seller believes it may be the only Trabbi currently titled and registered in California.  The seller also reports their Trabant is the desirable Kombi two-door wagon model, which features factory fog lights, a trip odometer, and a rear wiper/washer.

Once offered for $8,500, we can’t rely on our typical pricing sources to gauge where the seller’s ask falls relative to recent prior sales. Classic.com, the analytics and search engine for the collector car market, provides a current of similar examples worldwide you can use for comparison.

The East German Government-owned VEB Sachsenring produced The Trabant 601 from 1964 through the fall of the Berlin Wall in 1990. It is the best-known Trabant model and is often referred to simply as “the Trabant” or “the Trabi”. During this long production run, 2,818,547 Trabant 601s were produced overall and it was the most common vehicle in former East Germany.

In many ways, the Trabant 601 can be considered East Germany’s answer to West Germany’s “People’s Car”, the VW Beetle.  Its purpose was to provide a cheap but still reliable car that was very affordable and also easy to repair and maintain. Still, it was at the time of its release rather modern in many ways, with front-wheel drive combined with a transversely mounted motor, a low maintenance engine, unitary construction, rack and pinion steering, composite bodywork, and independent suspension all around. The car body was made of Duroplast, a plastic material related to Bakelite and Formica. The main letdown was the pre-war two-stroke DKW-based engine that was competitive when launched, but from the late 1950s into the 1960s, small economy cars in western countries that used two-stroke engines were replaced with cleaner and more efficient four-stroke engines, as employed from the start in the Volkswagen Beetle. Two-stroke engines of this sort, with crankcase scavenging and lubricating oil provided during fuel intake, burn their lubricating oil by design and produce smoky tailpipe emissions.

The Trabant 601 was a modern automobile when introduced in 1963, with 150 pre-production examples. The body was modified from the previous P50/P60 variants of the Trabant, with a heavy emphasis on the front and roof area. The back of the car was also modified with different taillights and a higher trunk loading height as compared to previous models. Overall, the design was praised, particularly the then-modern double trapezoid design. Originally, production was only planned to run from 1967 to 1971 but instead continued until 1990.  In 1974, a needle roller bearing was added to the connecting rod, allowing for a 50/1 lubricant to be used. Through the addition of a two-stage carburetor in 1984, fuel consumption decreased. With these additions, the top speed was measured to be 107 km/h.  Even with these improvements, fuel consumption could still rise rapidly with extended acceleration or when towing a trailer. The P601 also had an overrunning, free-wheeling clutch when running in fourth gear.

Over the course of decades, the design of the Trabant changed little. This caused the increasingly obsolete Trabant’s reputation to worsen as time progressed. However, this had little effect on the sales figures — wait times of 10 years or longer for a new car were not uncommon.

The seller provides two videos of their Trabant:

Based on both the pictures and videos provided, this 1962 Trabant 601 kombi for sale appears to be a nice survivor example that’s an interesting remnant of what used to be East Germany.  The seller’s description of replacement parts hints this Trabi is well sorted mechanically and is ready to smoke out the crowd at every Cars & Coffee event you drive it to.

“1962/82 Trabant 601 Universal station wagon. 600 cc 2-cylinder, 2-stroke engine with 4-speed column shift and 4th gear free-wheel. Well-preserved original bright green paint and beige cloth interior. 61,000 km actual mileage with recent mechanical refurbishment, including battery, exhaust, clutch, tune-up, coils, and brake system. This is the Kombi model with factory fog lights, trip odometer, and rear wiper/washer. Looks great, runs and drives excellently, and all accessories, including heat, are in good working order. This car was imported from Dresden, Germany in 2017 and may be the only Trabbi currently titled and registered in California! Original Spare, owner’s manual, keys, and car cover included. Gets over 50 MPG, is very reliable, and is ready to show or drive.“

Show or go: What would you do with this 1962 Trabant 601 Wagon for sale?  Please comment below and let us know!