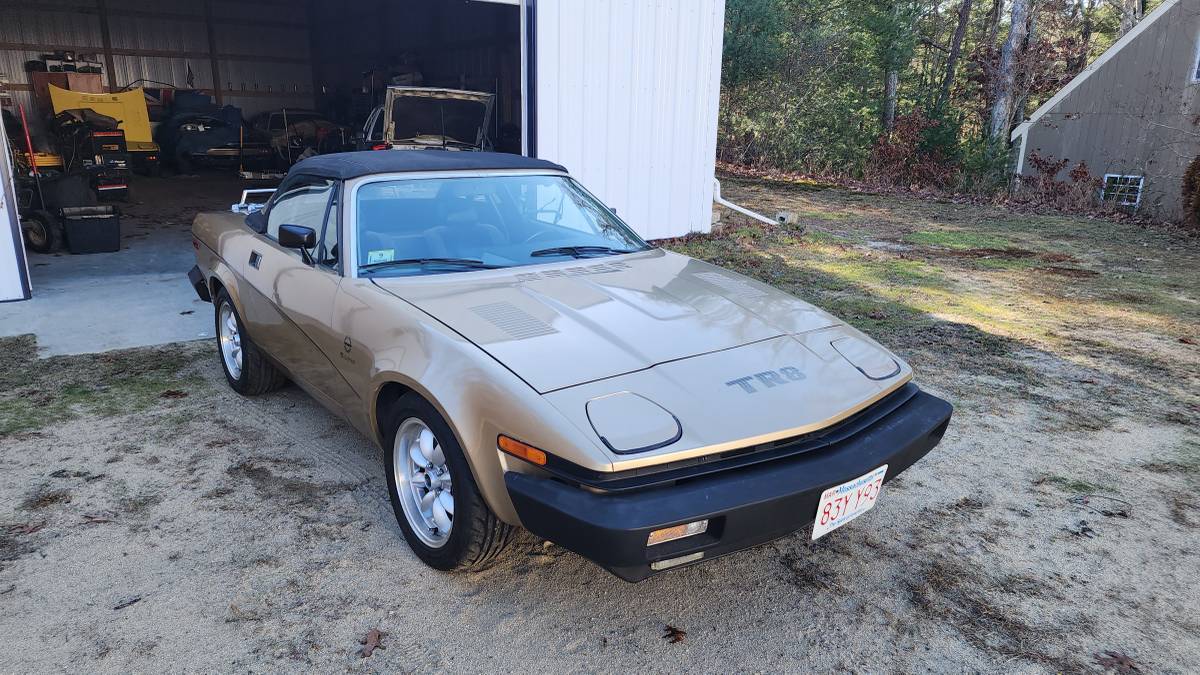 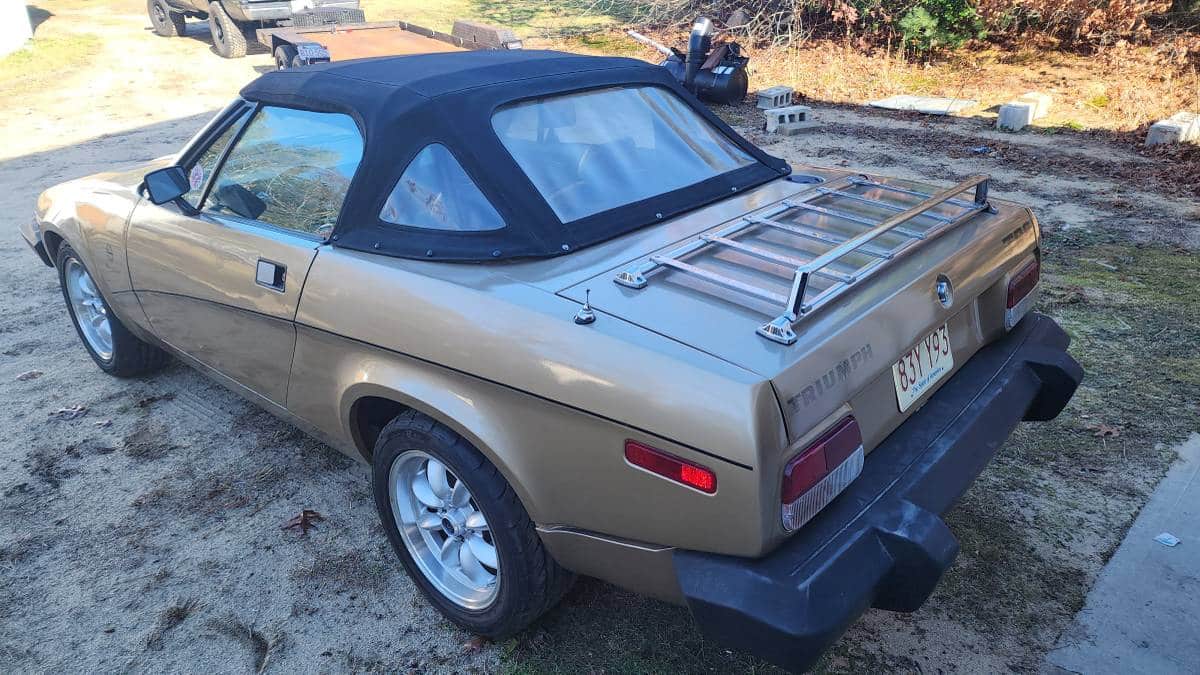 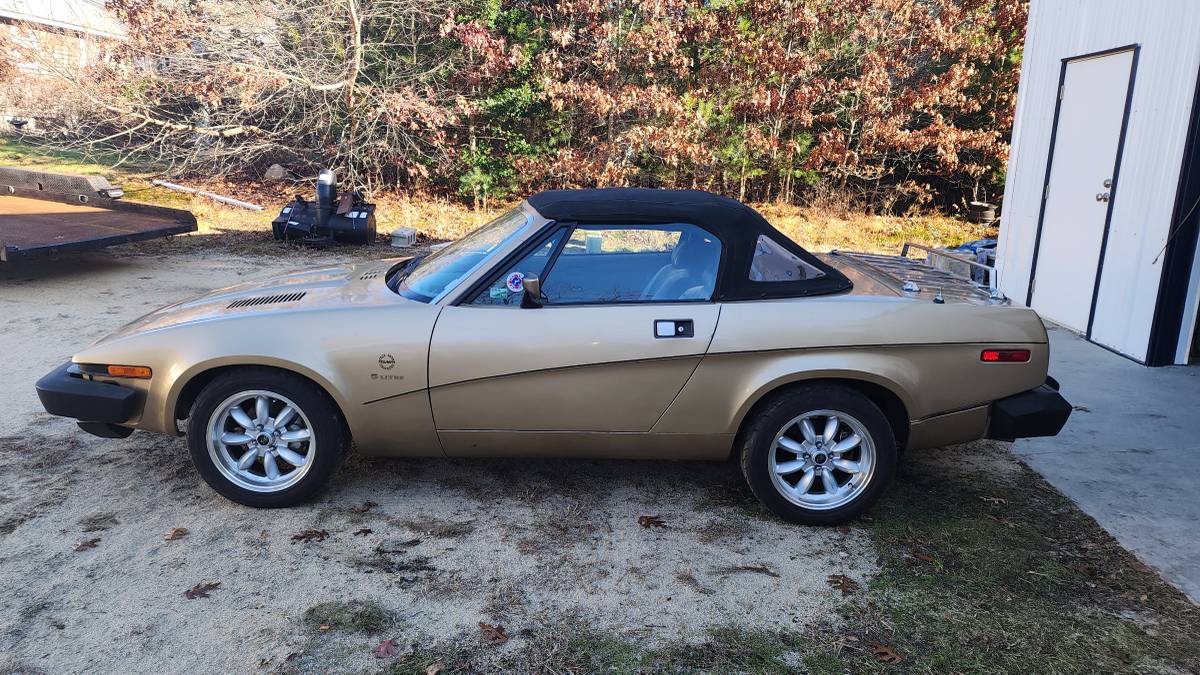 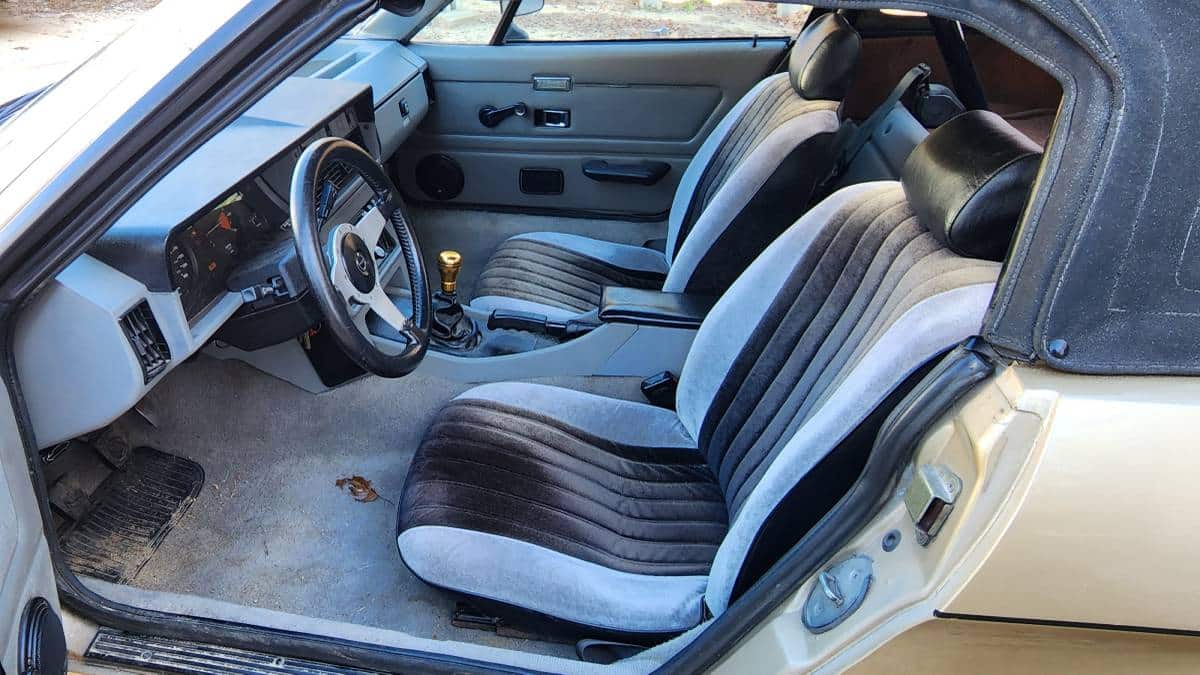 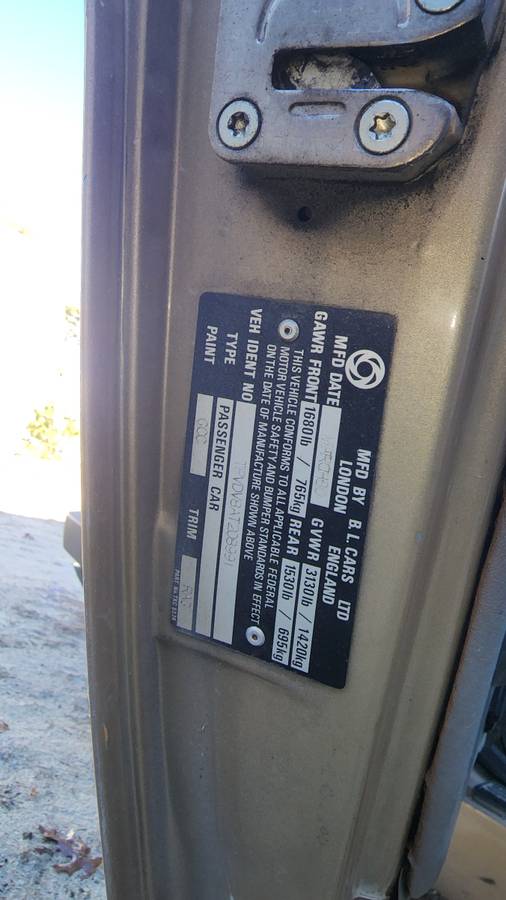 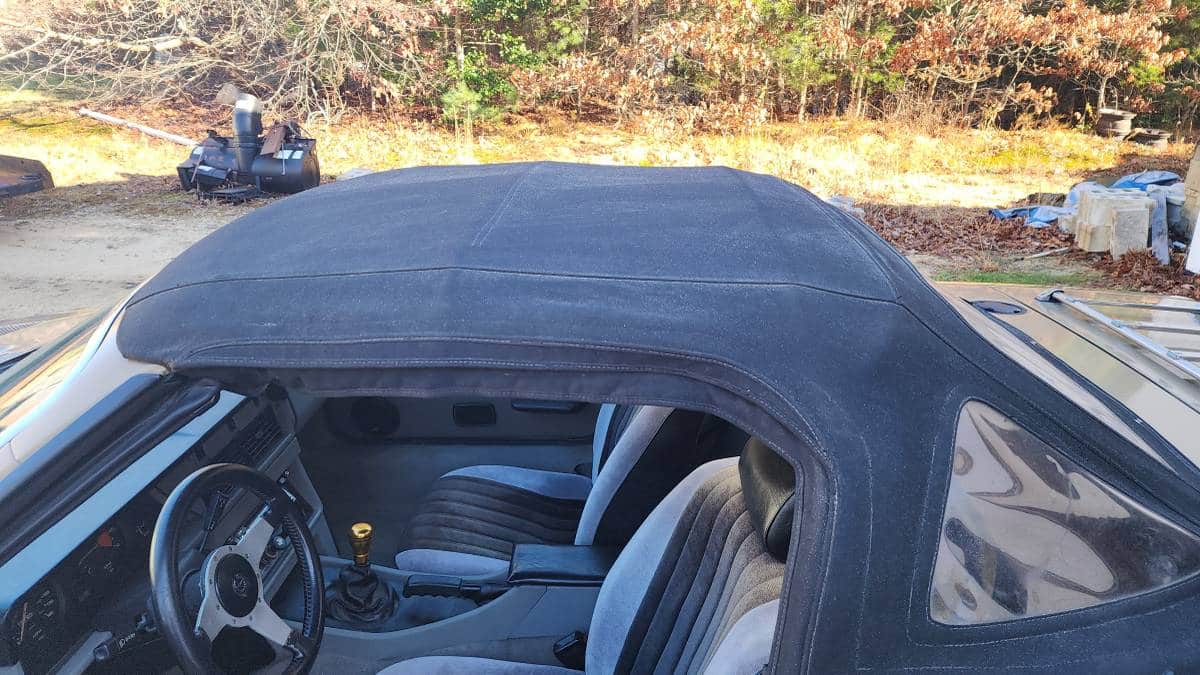 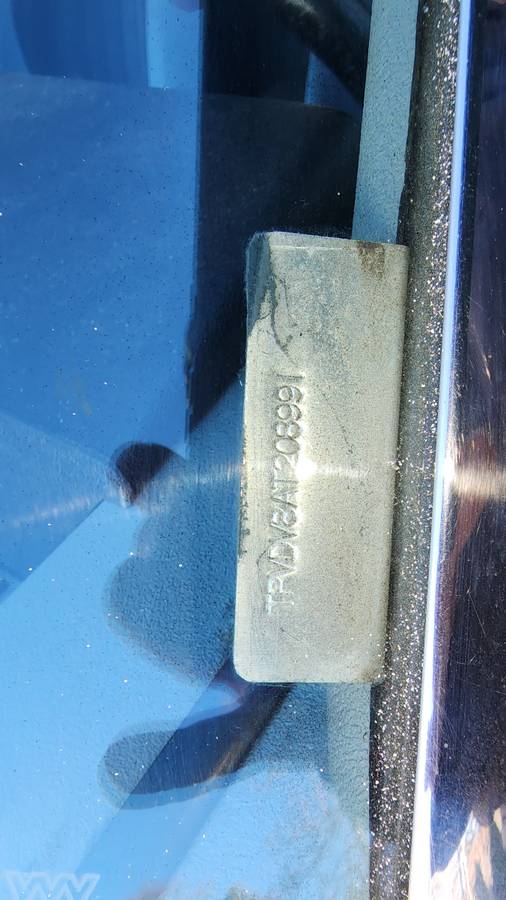 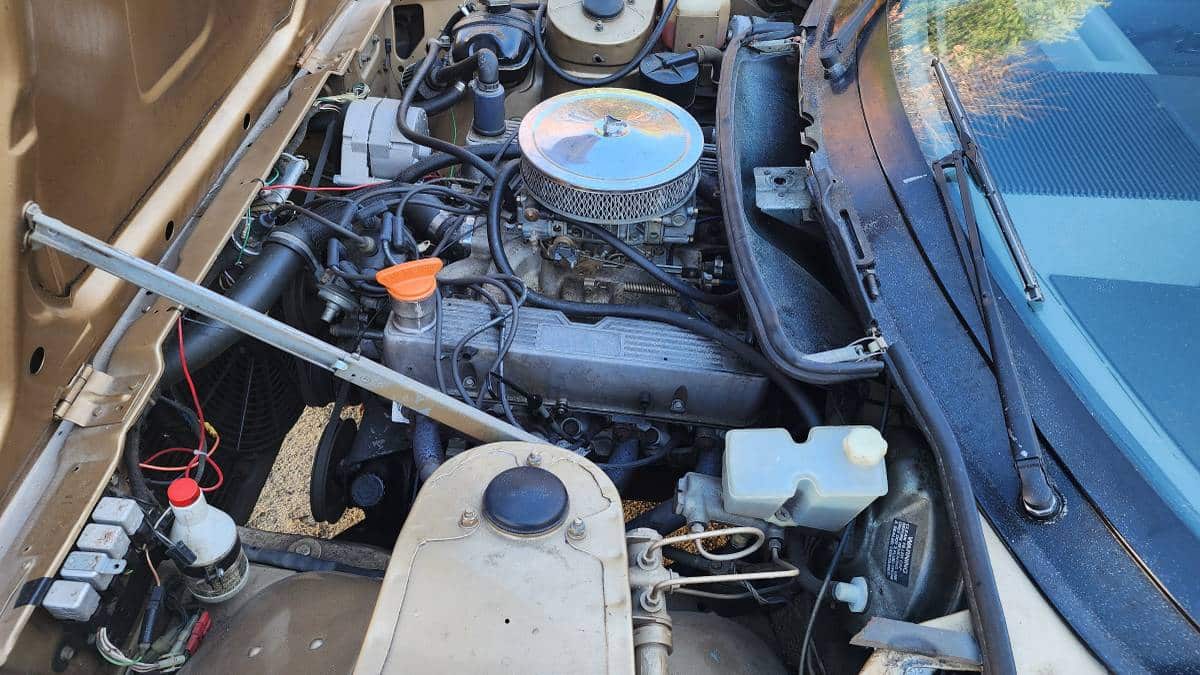 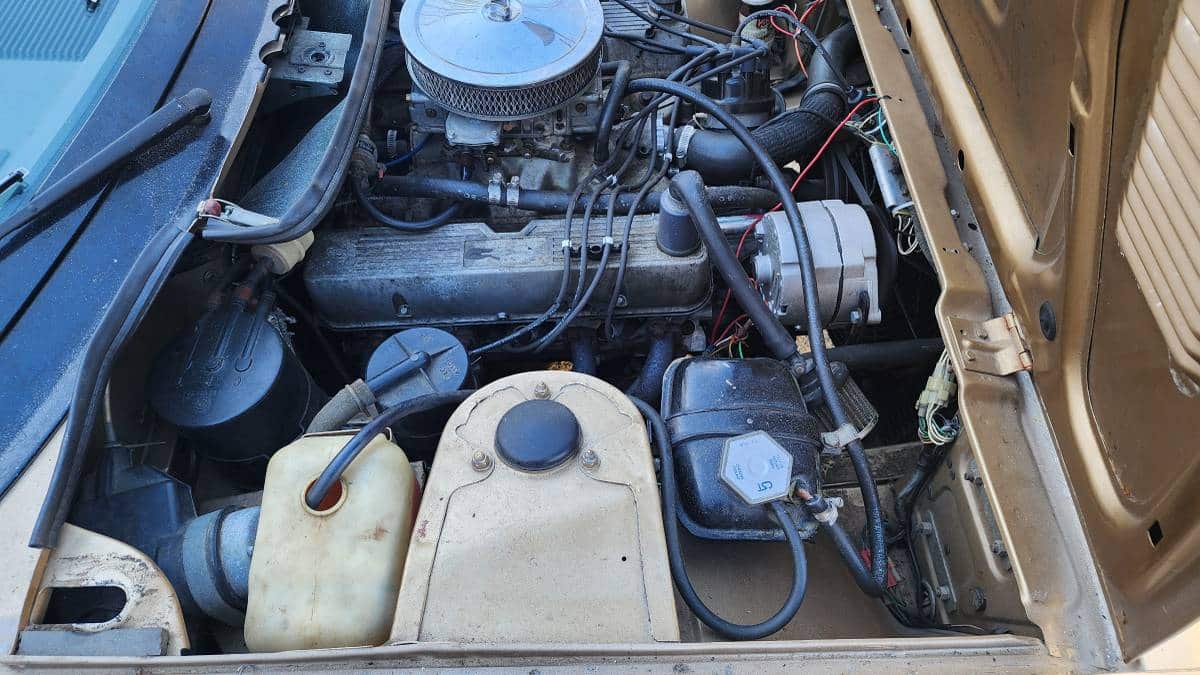 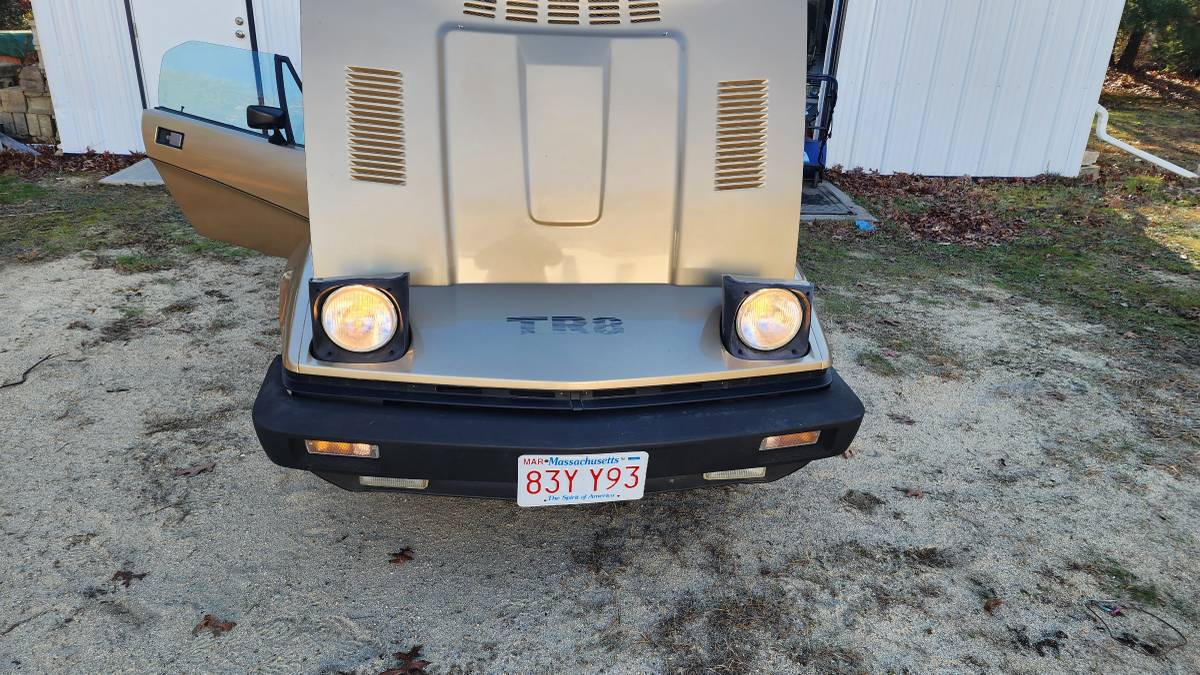 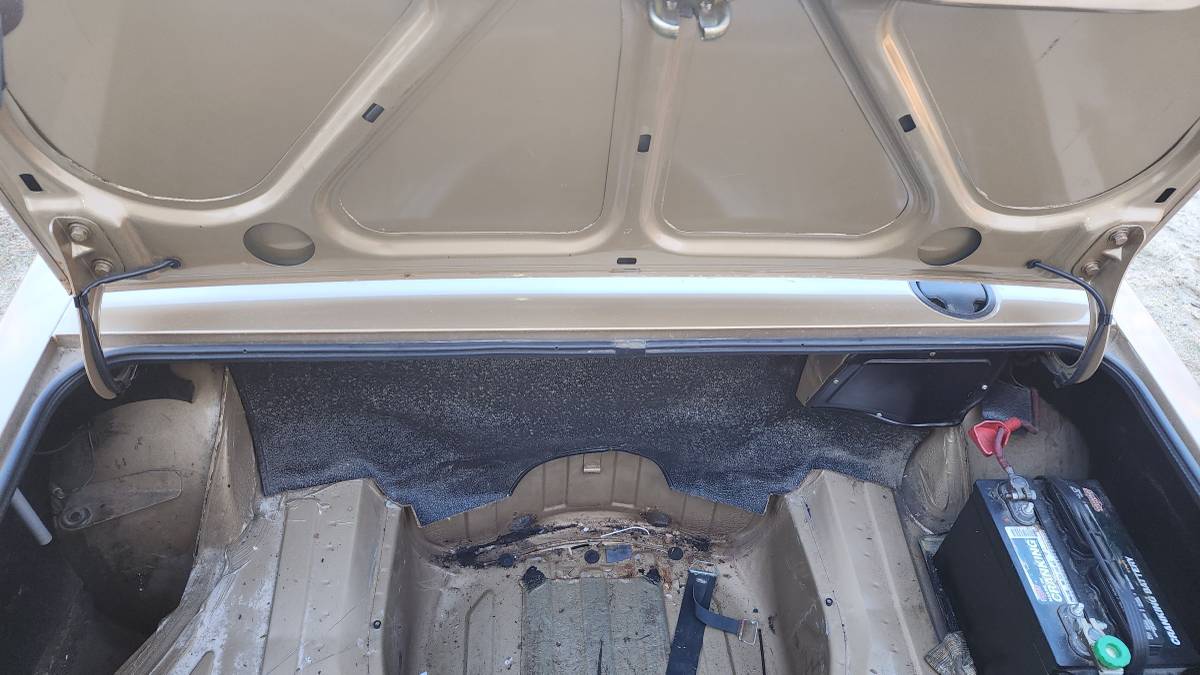 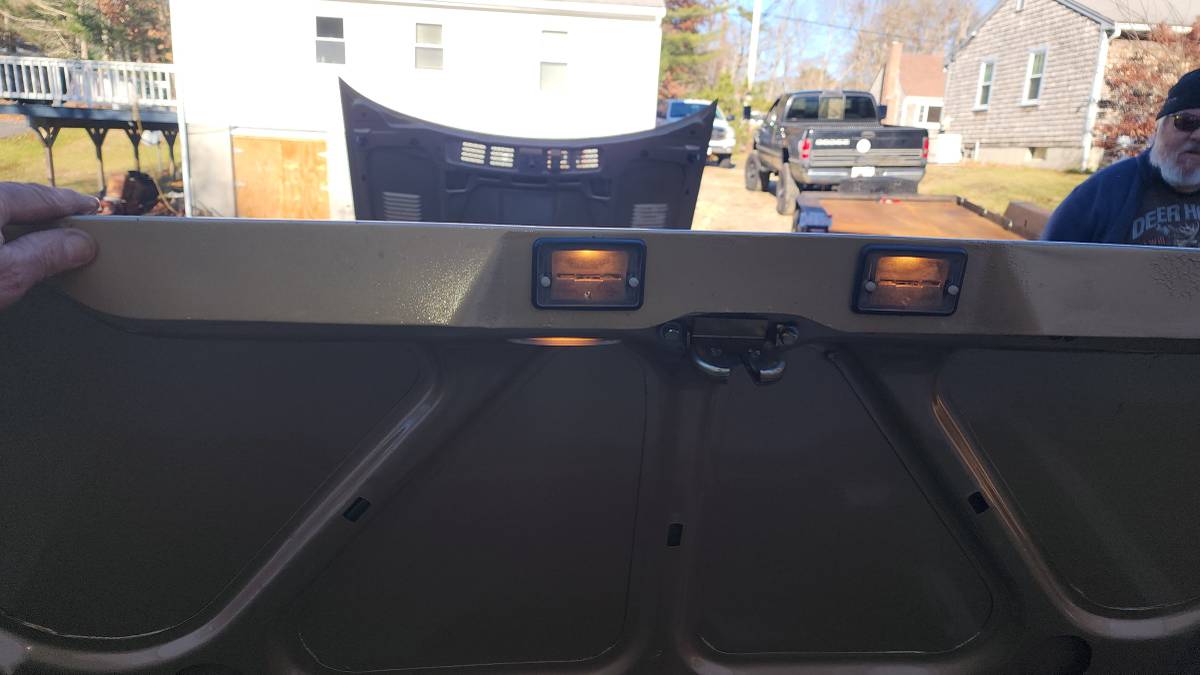 January 14, 2023, Update – We confirmed the seller of this “Classifind” deleted their listing, so we’re now able to call this one “SOLD!” While this one got away, please reach out either by email or call us directly if you’d like to be informed when we come across something similar.

In addition to featuring the Buick-designed 3.5L aluminum V8, we always loved the plaid interiors featured in the hard-to-find 1980 and 1980 Triumph TR8.  Unfortunately, most examples we come across feature reupholstered interiors that no longer feature the distinctive and now hard-to-source replacement fabric. Consequently, we have all kinds of interior modifications on these swan song Triumph sports cars.  Midas Gold was one of the more popular colors new buyers chose for their TR8.  The only interior color offered with that hue from the Triumph factory was tan (please comment below and correct us if our research was wrong about that).

Our latest interior disappointment can be found in this Midas Gold 1980 Triumph TR8, once listed in December 2022 on Craigslist in Pocasset, Massachusetts (Cape Cod).  Not only did someone elect to use what looks like 1990s General Motors velour, but it also appears they went to great lengths to color change their TR8’s interior to a gray theme.  Maybe it’s just us, but when it comes to interior/exterior color combinations, silver and gold do not mix.  The seller indicates the car features a 4.0 L V8, so you’ll need to confirm whether the original Rover (nee Buick) V8 has been bored out of if that is an error in the car’s description. Removing the “3.” on the car’s original “3.5 Litre” fender labels is even more confusing.

Once offered for $12,000, Classic.com, the analytics and search engine for the collector car market, confirms the ask is well below the one-year rolling average of this guide’s summary for Triumph TR8 convertibles produced in 1980 and 1981.  By clicking on the green dots in the graph below, you can navigate to each comparable car sold as a way to help you evaluate the price of the TR8 featured here:

Unlike prior generations of Triumph sports cars, the company’s TR8 was simply a V8-powered version of the wedge-shaped, inline-four-powered TR7 first launched in 1975. The all-aluminum 3.5 Liter V8 sourced from sister division Rover traces its roots back to the early 1960s Buick, which designed the engine but eventually sold the tool to British Leyland.

A more powerful V8-engined version of the TR7 was planned in the early stages of the TR7’s development.  However, British Leyland’s financial state, labor problems, and lack of engines—as MG and Range Rover had first priority—delayed the project. By 1978 some 145 prototype cars were built with V8 engines (and usually automatic transmissions). These “anonymous” TR8s (no identifying badges, and all coupes) were evaluated for British Leyland by various dealers and then sold off as used cars.

The TR8 did not use Triumph’s own single overhead cam V8 as found in the Stag due to its weight and horrible service record. Instead, the TR8 shared its Rover V8 engine with that brand’s SD1. The engine itself was derived from an early 1960s Buick all-aluminium V8 215 cubic inch (3.5 Liter) that Rover acquired from General Motors in the mid-60s.

History has shown this engine to be an extremely reliable, flexible, and robust powerplant, especially after British Leyland developed a better manufacturing process. TR8s were initially fitted with twin Zenith-Stromberg carburetors before Triumph started fitting Bosch L-Jetronic systems in an effort to meet California emissions regulations.  Other differences between the TR8 and TR7 are upgraded brakes, revised axle ratio (3.08:1 on the TR8 and all automatic TR7s), the battery moved to the trunk (boot), alloy wheels, leather steering wheel, and a few minor trim changes.

The seller provides this link to their Dad’s TR8 video:

While the exterior of this Midas Gold 1980 Triumph TR8 for sale appears to be very clean, we hope someone likes the gray interior much more than we do.  Additionally, we recommend finding out more about what’s been done to the V8 found under the hood and whether it is original to the car.

“From Dad’s collection of TR8s and TR7s. Nice drivable condition. Has 4.0L V8. It will probably need minor odds and ends.​“

Yea or Nay: What say you about the interior of this 1980 Triumph TR8 for sale?  Please comment below and let us know!