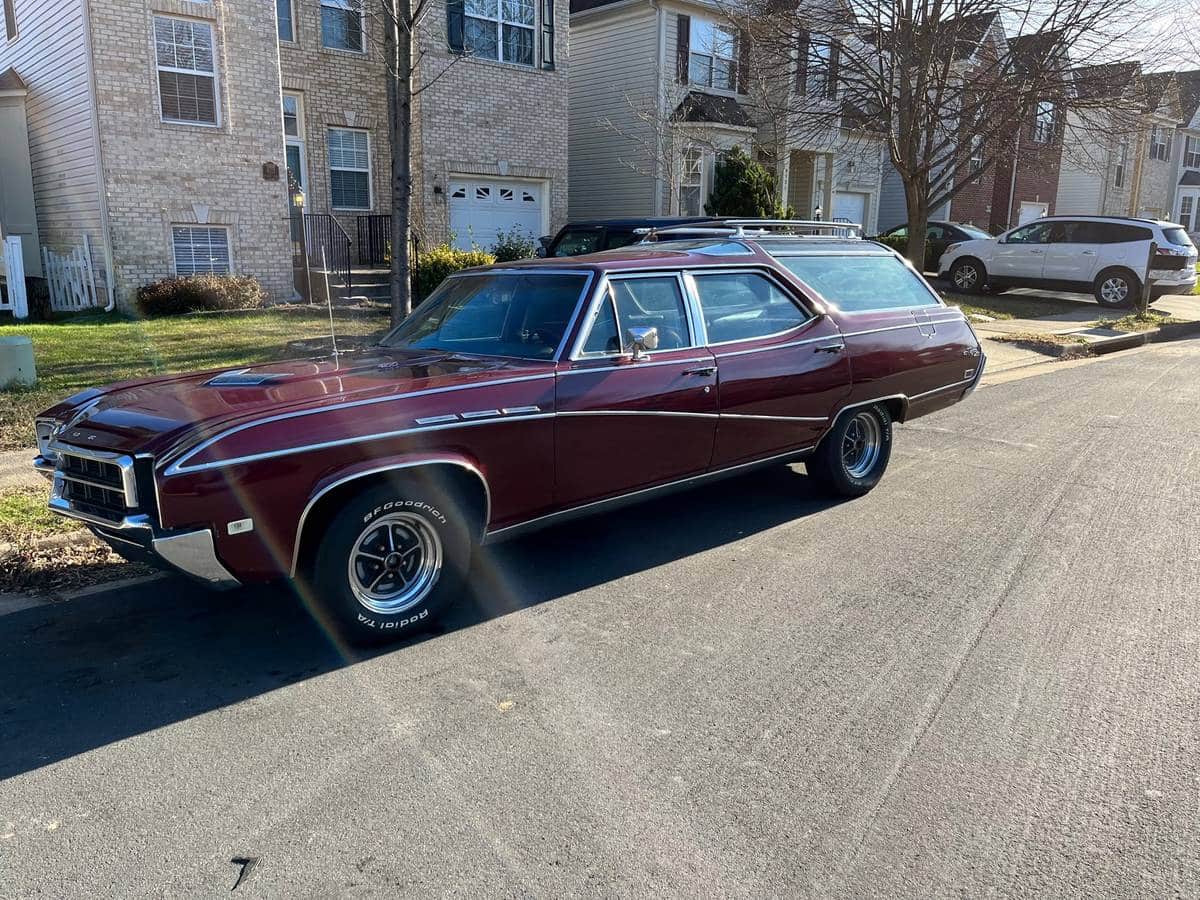 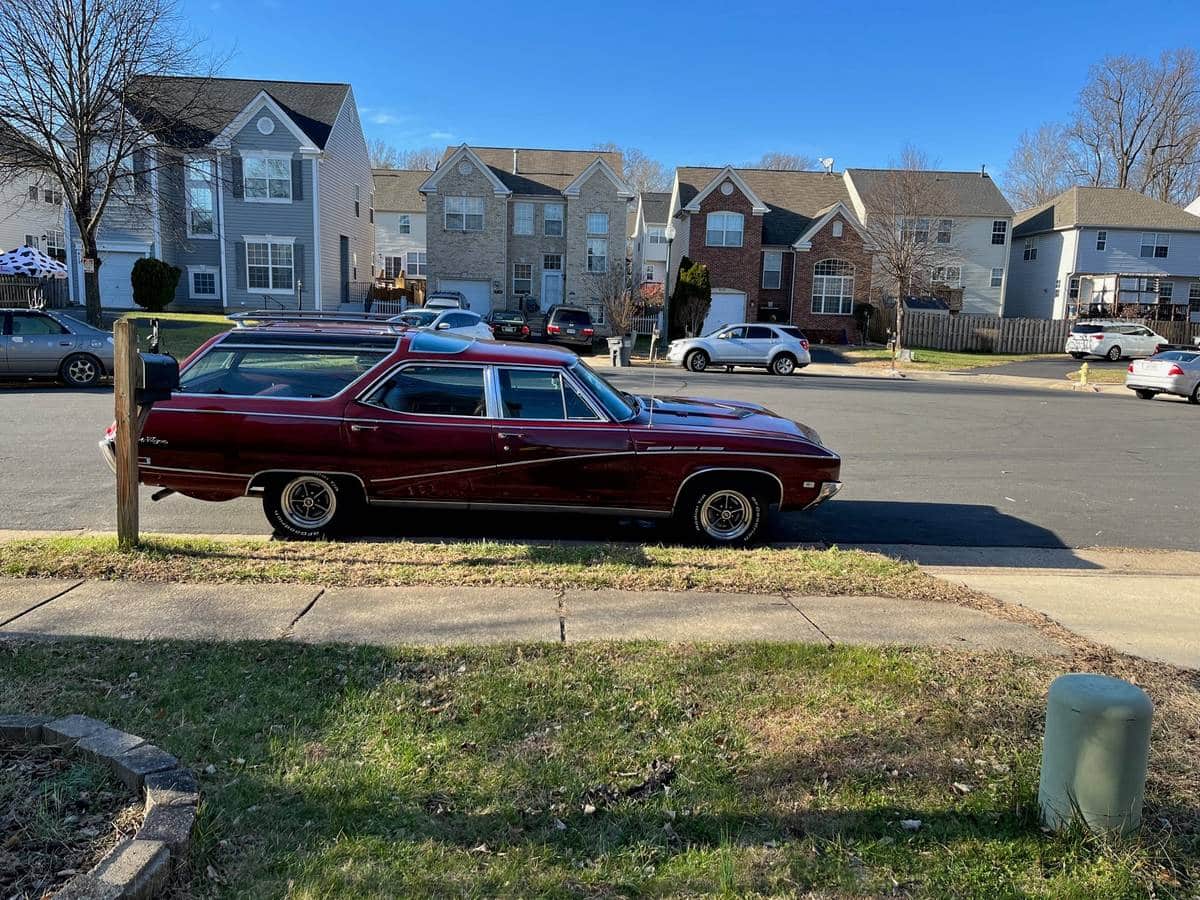 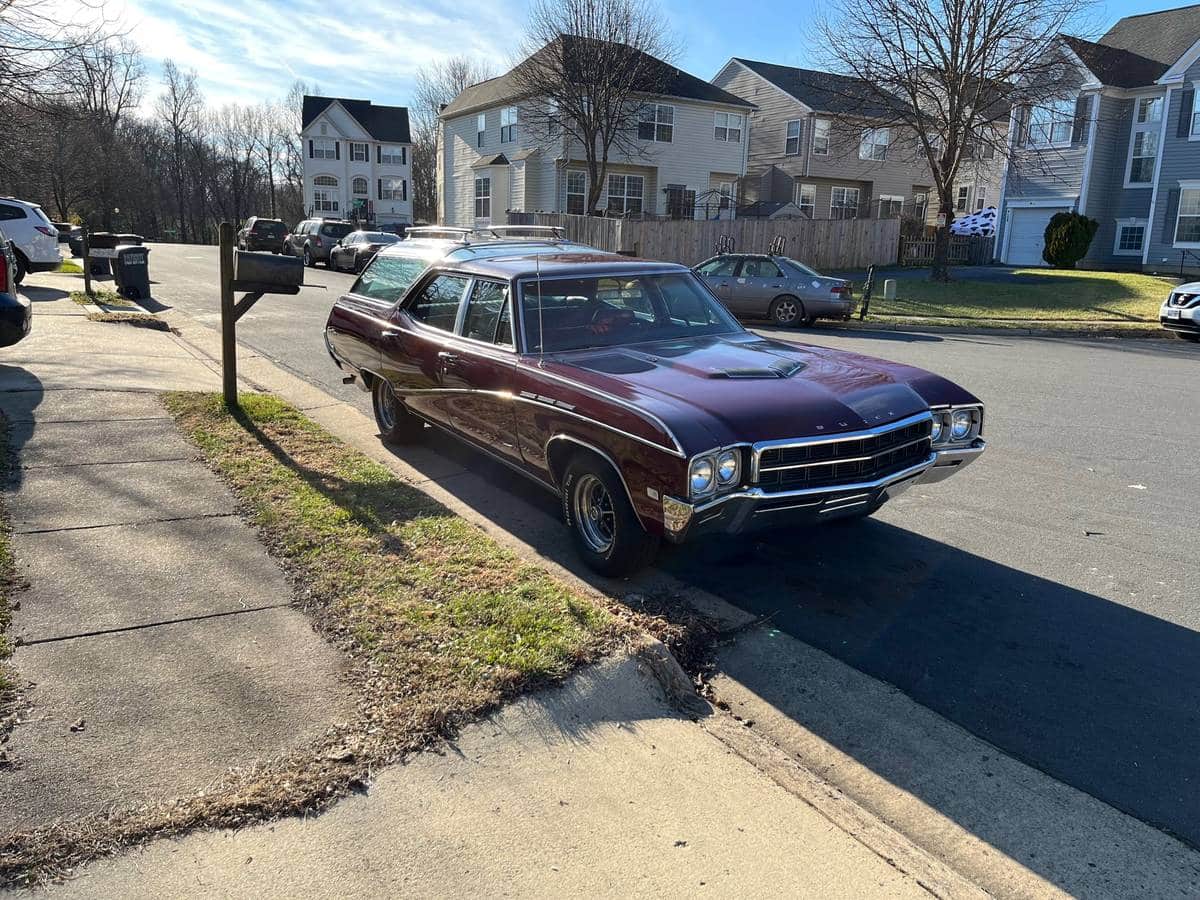 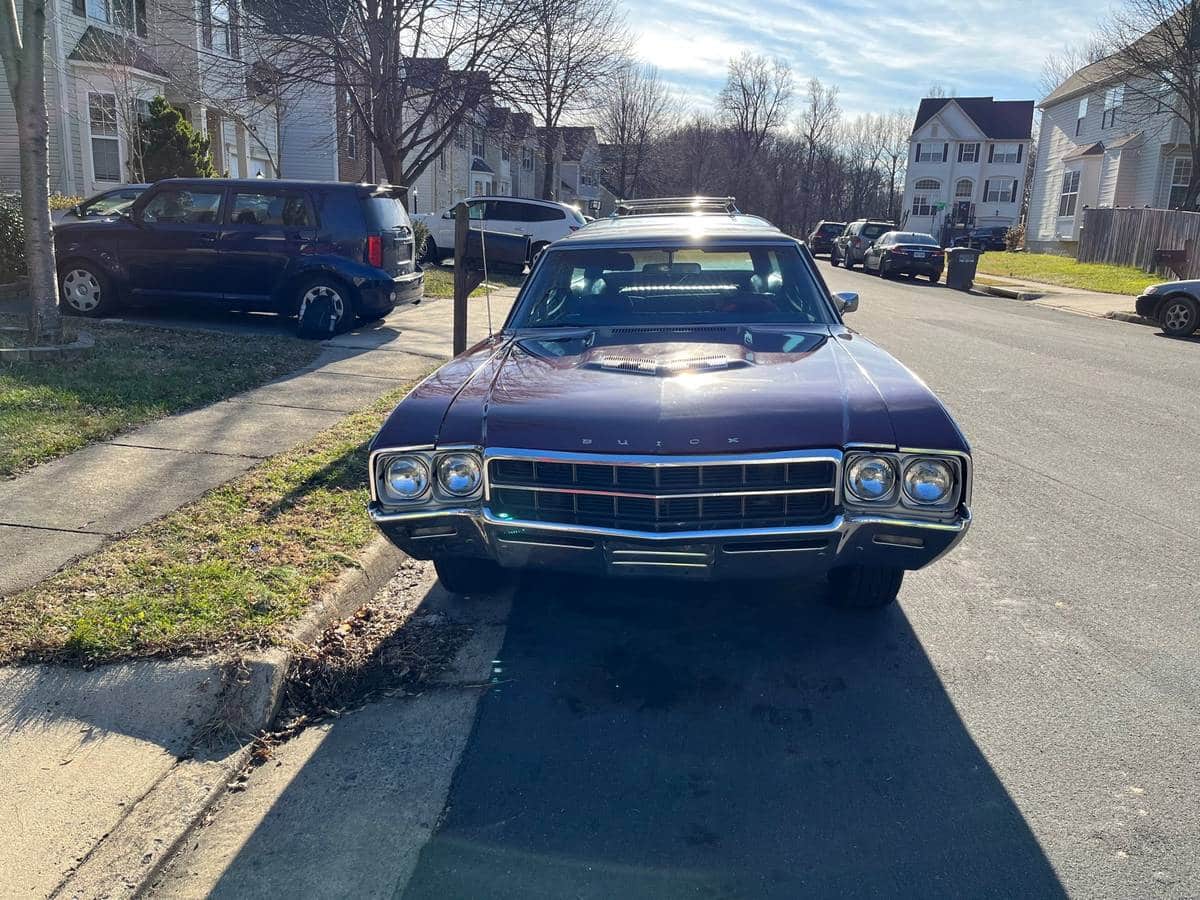 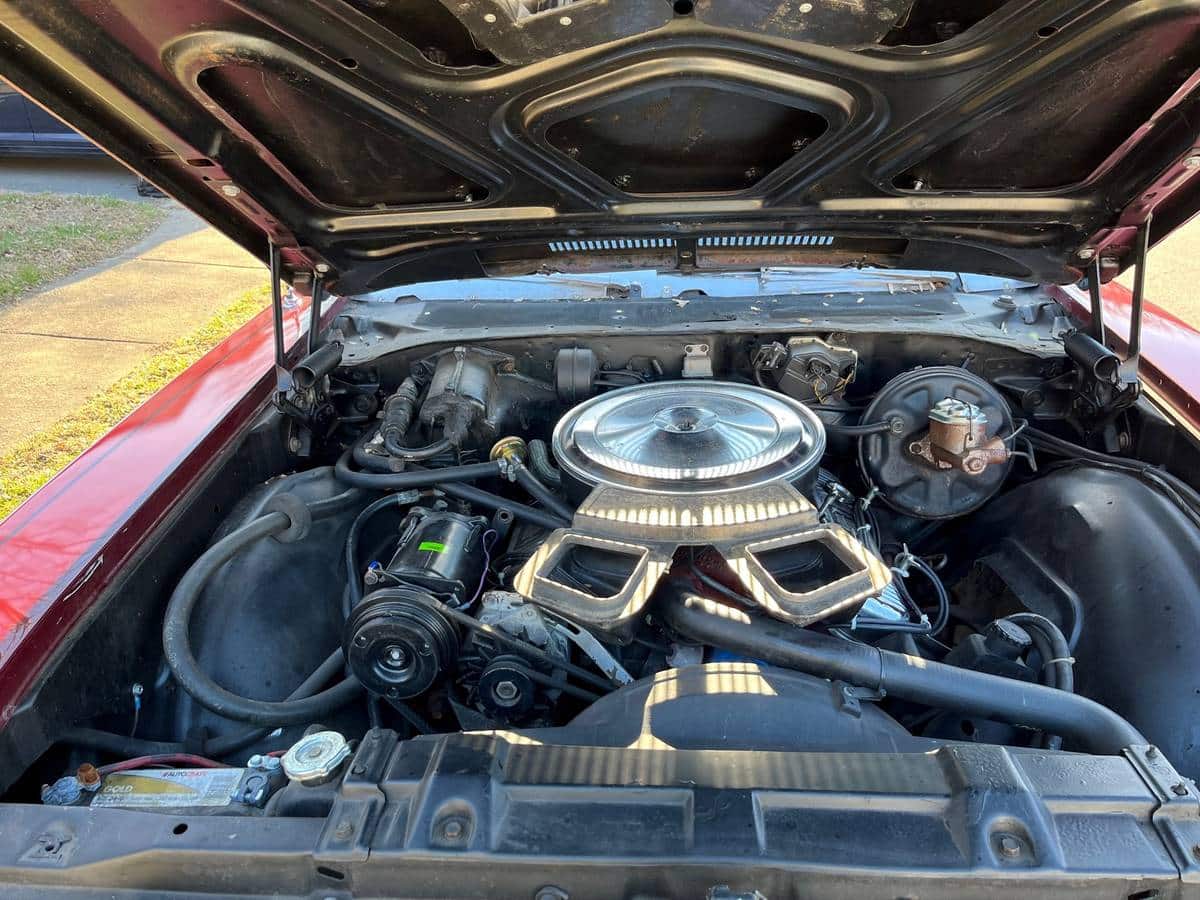 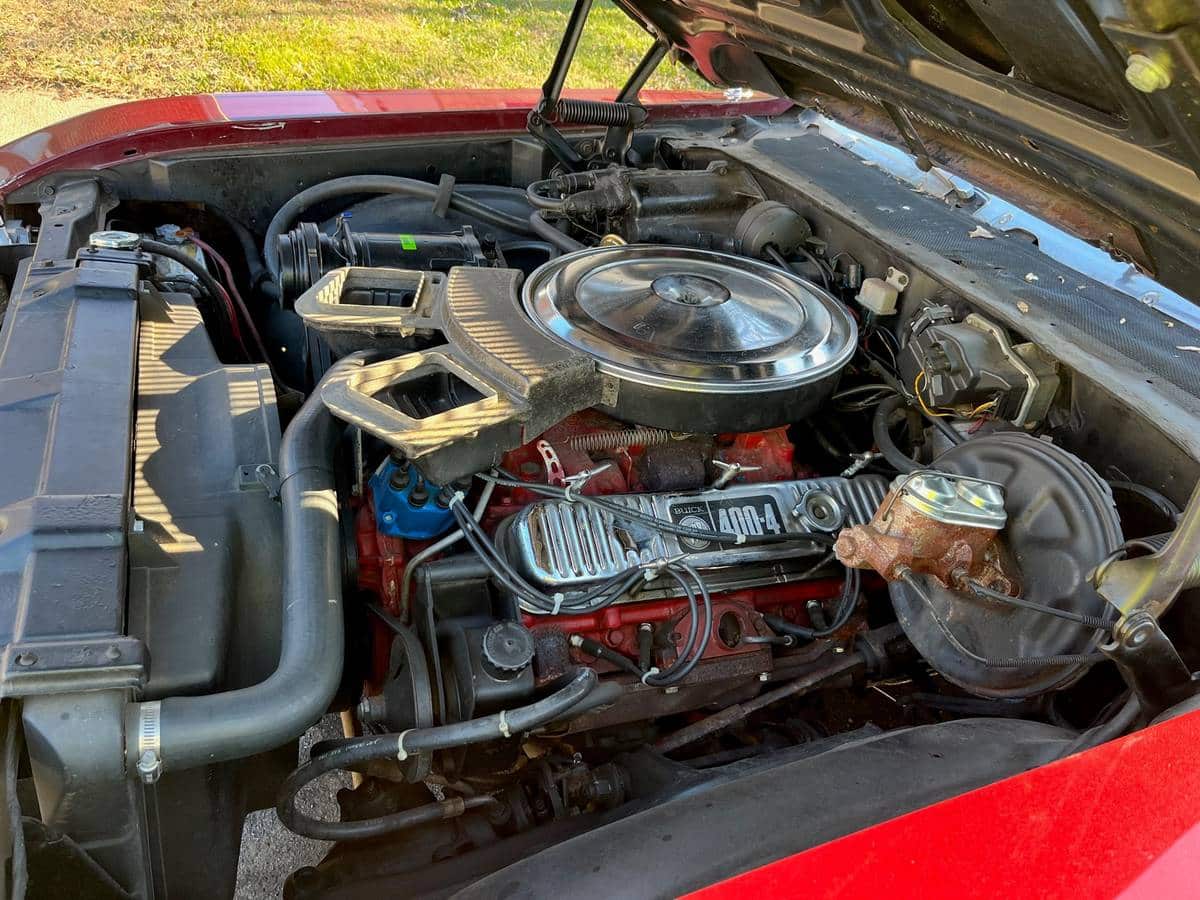 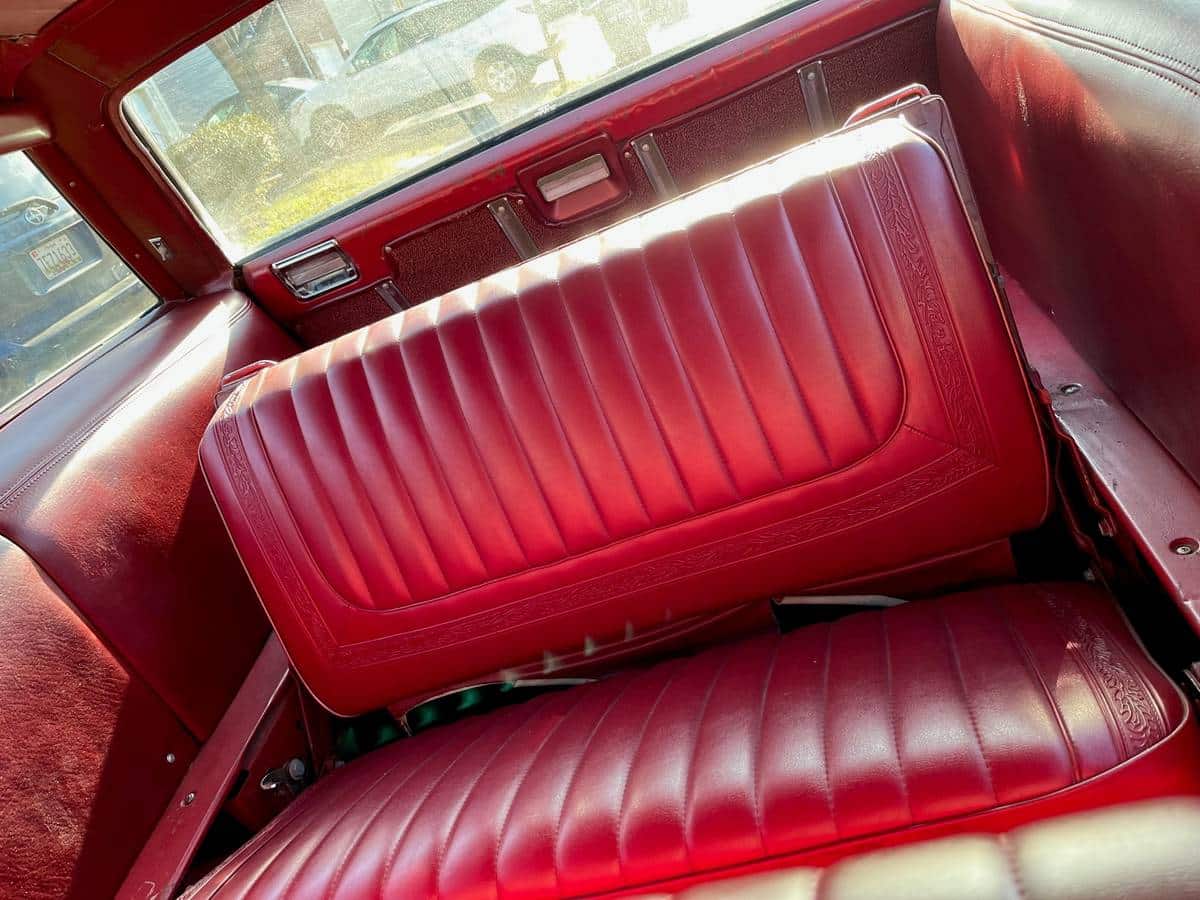 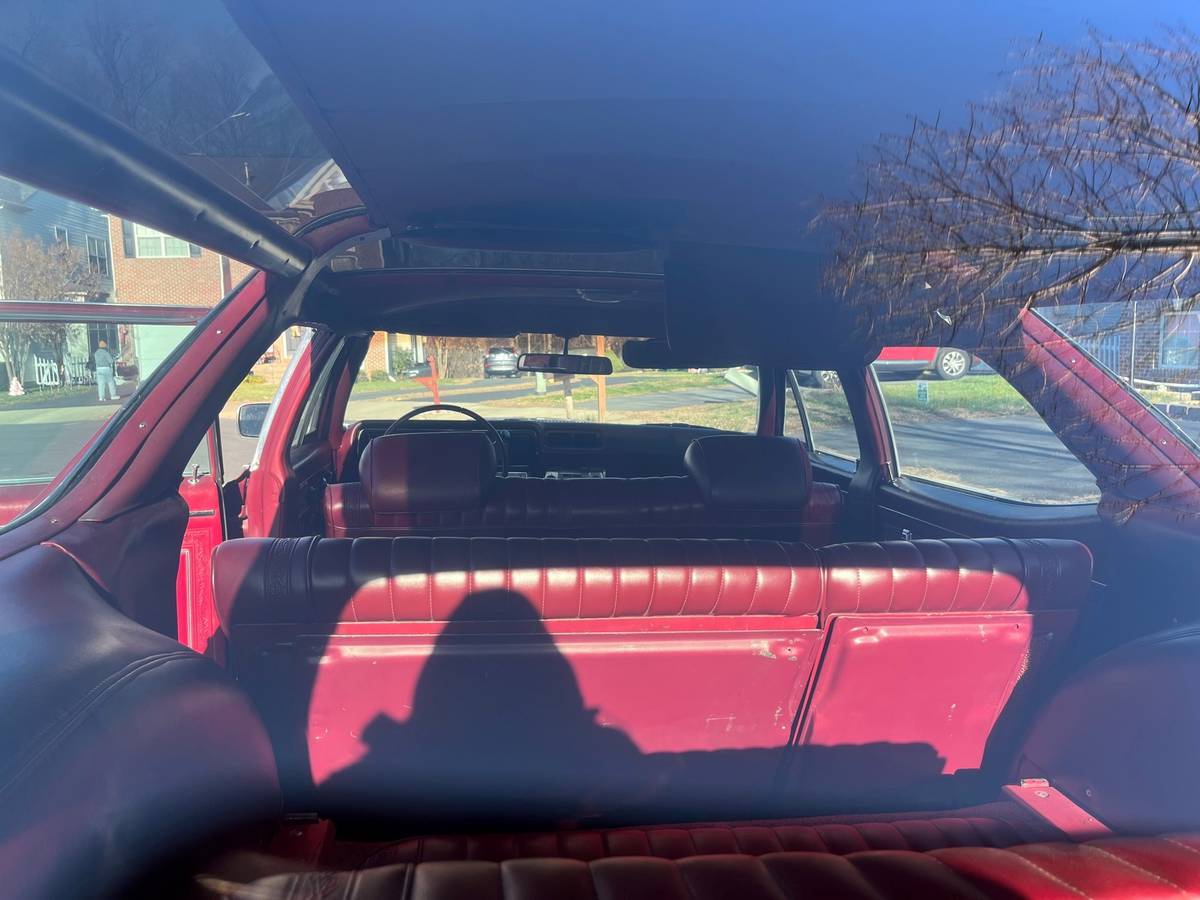 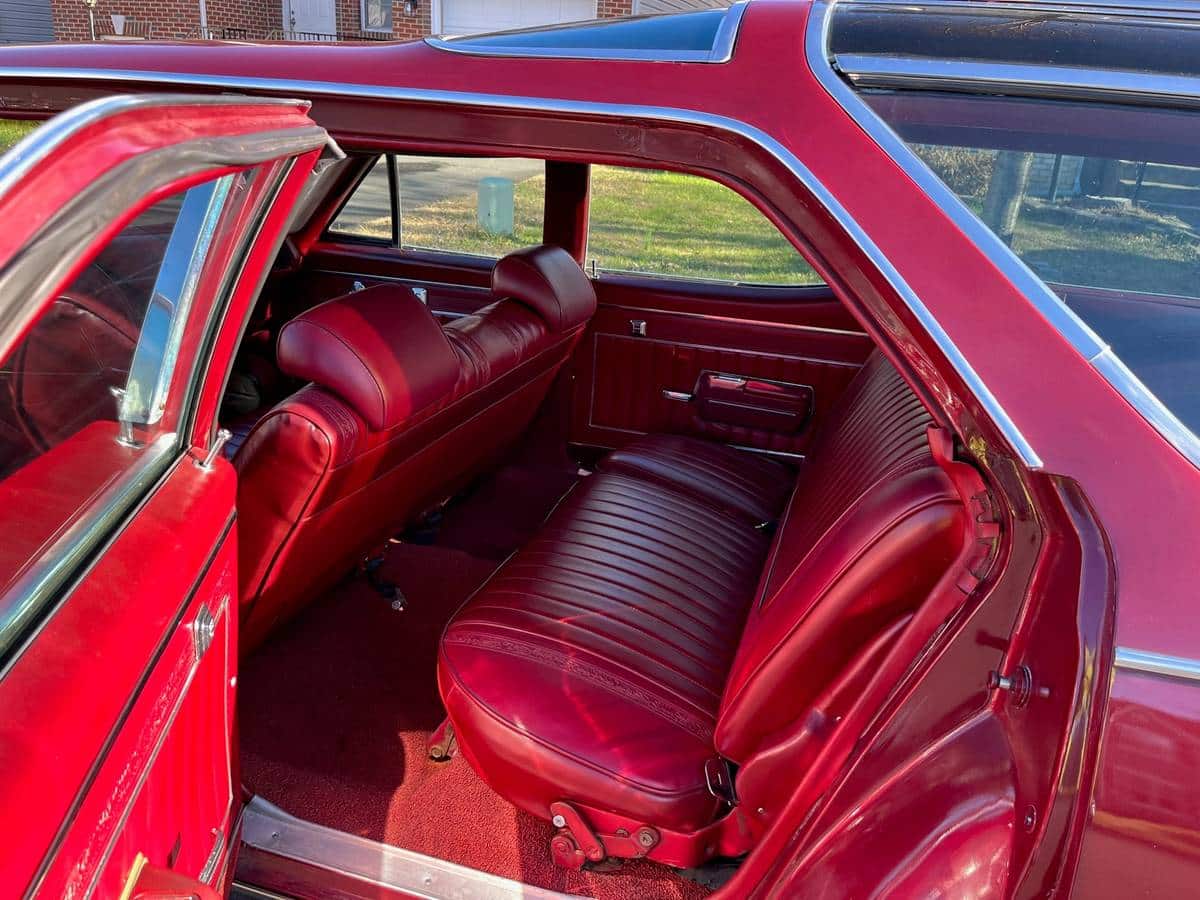 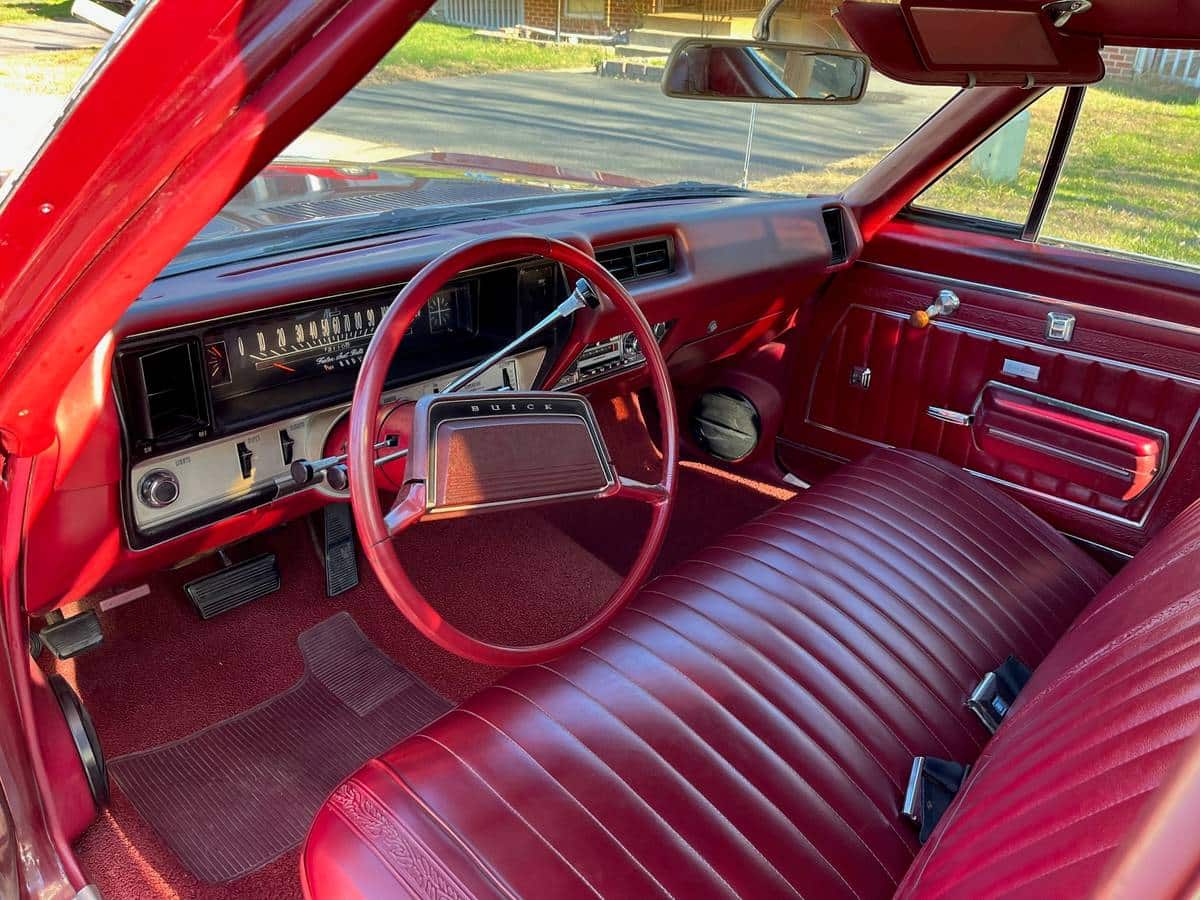 January 17, 2023, Update – We confirmed the listing for this “Classifind” expired, so with no replacement found, we’re assuming this ride is “Sold?” While this one got away, please reach out either by email or call us directly if you’d like to be informed when we come across something similar.

The 1960s-era Oldsmobile Vista Cruiser stands out as one of the most innovative station wagons of the era with its forward-facing three-row seating and tinted glass roof panels designed to make the rear seating area more open and airy.  If you have your heart set on finding an Oldsmobile Vista Cruiser but are having trouble thus far, then a comparable alternative is Buick’s Sportwagon, which offers all of the features of the Vista Cruiser in an arguably more attractive package.

This nicely optioned 1969 Buick Custom Sportwagon, once listed on Craigslist in December 2021 in Manassas, Virginia (Washington, DC), features the top-of-the-line 400 cubic inch Buick V8 and working factory air conditioning.  Additionally, we like that the car does not feature the woodgrain applique typically found on these models, so you’ll need to confirm with the seller whether that feature is original to the car or if they were left off during a repaint.

Last offered for $22,500, Classic.com, the analytics and search engine for the collector car market, confirms the ask is slightly below the one-year rolling average of this guide’s summary for all Buick Sport Wagons produced between 1964 and 1972.  By clicking on the green dots in the graph below, you can navigate to each comparable car sold as a way to help you evaluate the price of the Sport Wagon featured here:

As a second data point, the  Collector Car Market Review Online Tool reveals the seller’s ask falls between this guide’s #2 Very Good” estimate of $16,300 and its #1 “Excellent” appraisal of $24,500 before making adjustments for equipment and powertrain options.

Buick offered its mid-sized Sportwagon across three generations spanning 1964 through 1972.  The Buick Sportwagon shared its body and chassis with the Oldsmobile Vista Cruiser, Pontiac Tempest Safari, and Chevrolet Chevelle Greenbrier. Featuring a raised roof and skylights over the cargo and second seat area, this model was an extended wheelbase version of the Buick Skylark station wagon. From 1964 through 1970, the Sport Wagon was the only luxury-level station wagon offered under the Buick until the full-size Buick Estate Wagon debuted that year.

A body redesign for all 1968 Buicks featured an updated “Sweepspear” side sculpturing that showed influences from the restyled Riviera, while the wagon’s roof replaced the previously-used split main skylight with a one-piece skylight over the second-row seat, which carried over to 1969. The lengthwise skylights along the cargo area remained the same and the simulated woodgrain paneling was offered optionally. The SportWagon was offered as either the Skylark Series 43400 or the Skylark Custom Series 44400 and included the woodgrain appearance, and was applied below the “Sweepspear” character line for 1968 and above for 1969.

The 1968–69 Sport Wagon models rode on a 121-inch wheelbase. This allowed for optional forward-facing third-row seats that were not available on the smaller 116-inch wheelbase Special and DeLuxe wagons. In 1969, the “Dual-Action” tailgate was introduced as an option on two-row models and standard equipment on three-row. The listed retail price for the 1968 nine-passenger Sport Wagon with Custom trim package was US$3,869 ($35,000 in 2021 dollars).

The VistaCruiser67 YouTube Channel features this vintage 1969 Oldsmobile commercial in which George Plimpton shows the same wagon features found on the ’69 Buick Sportwagon:

The seller’s limited description does not confirm whether this 1968 Buick Sportwagon for sale has been restored or if it is a genuine survivor.  The GS-Style hood and Ram Air intake indicate the former, but you’ll need to confirm that with the seller.  The custom kick panel speaker enclosures hint that a modern stereo is hidden from view.

Show or go: What would you do with this 1969 Buick Sportwagon for sale?  Please comment below and let us know!