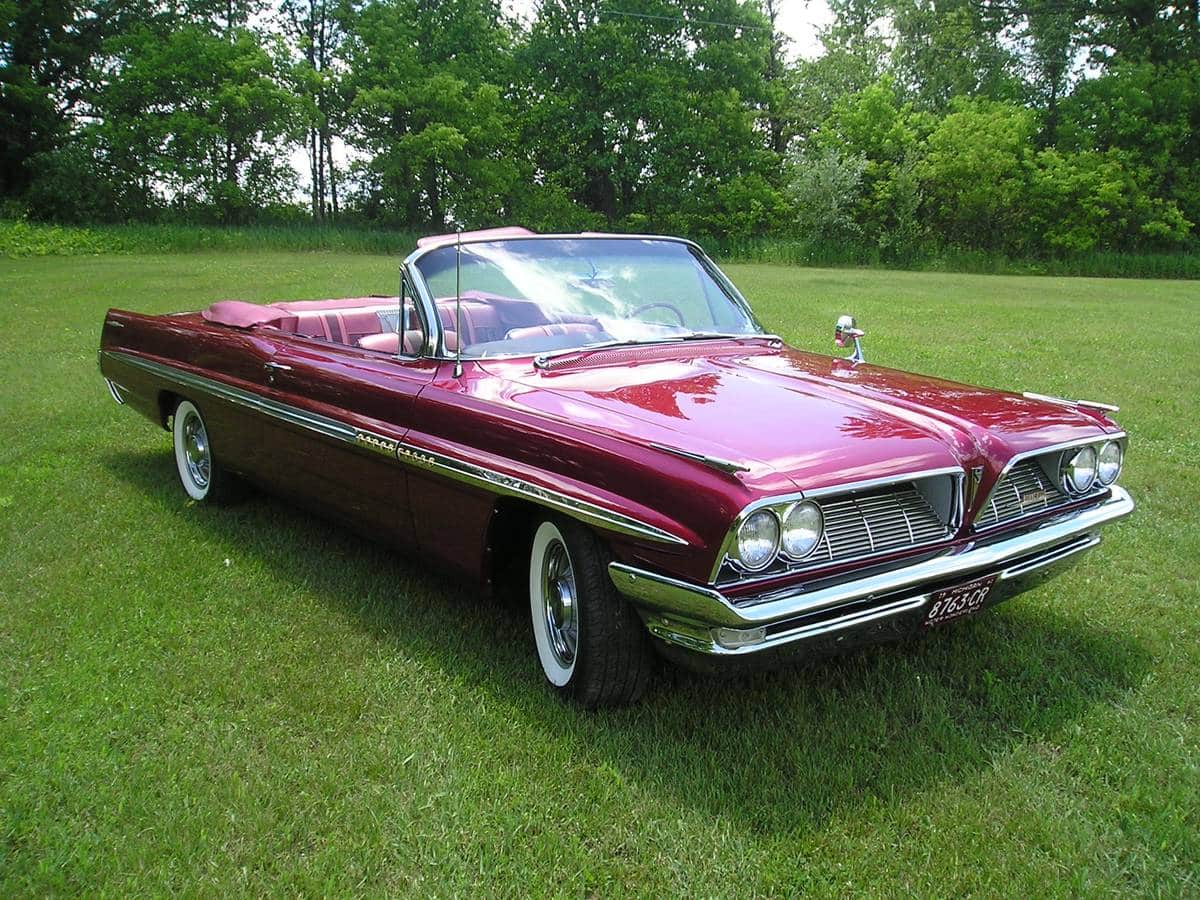 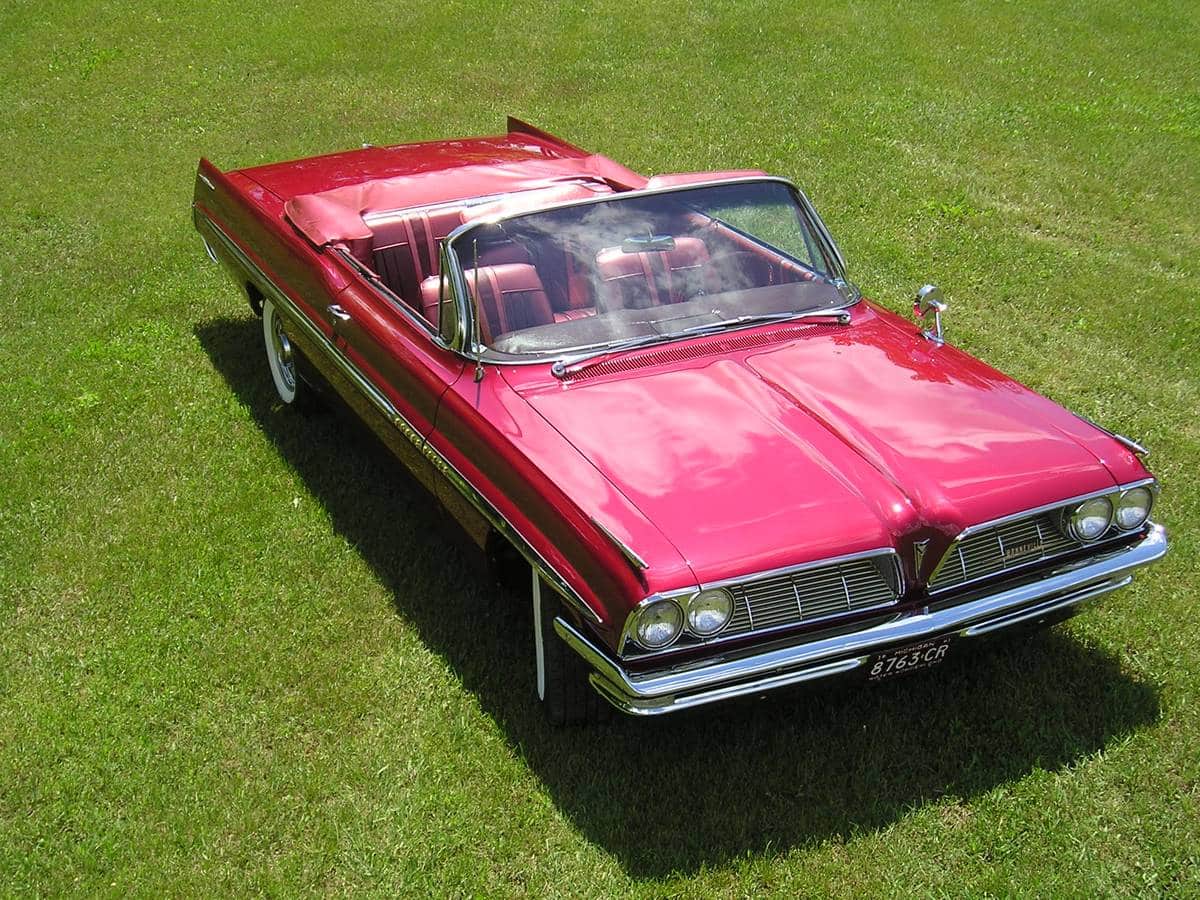 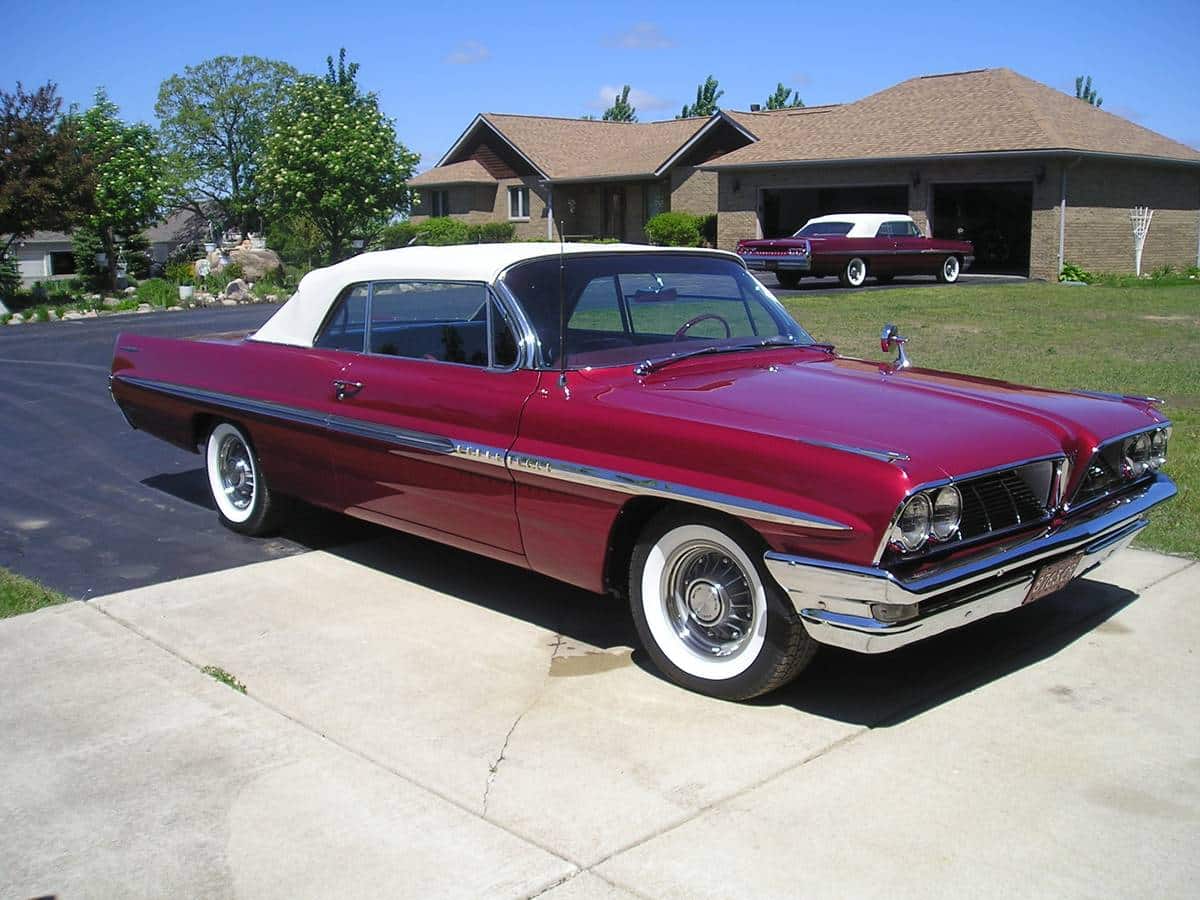 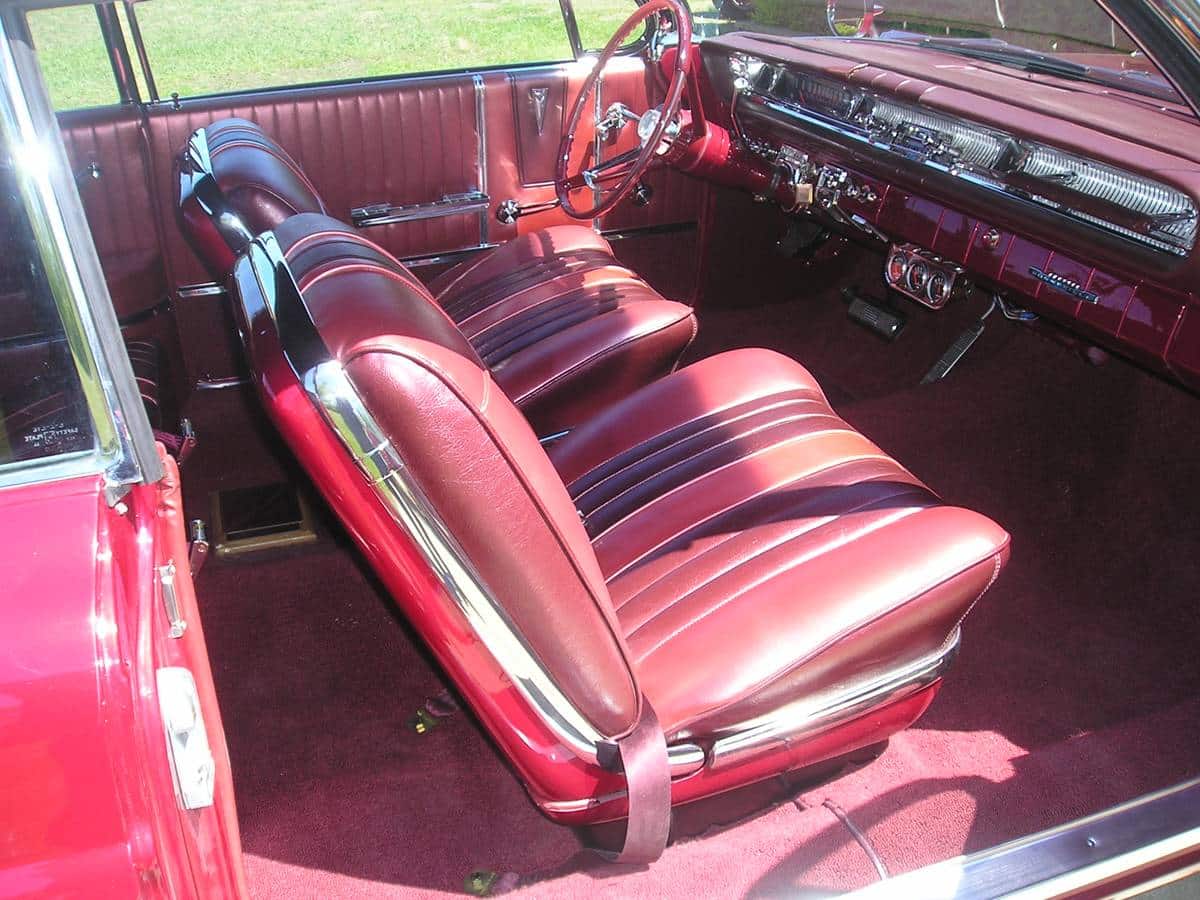 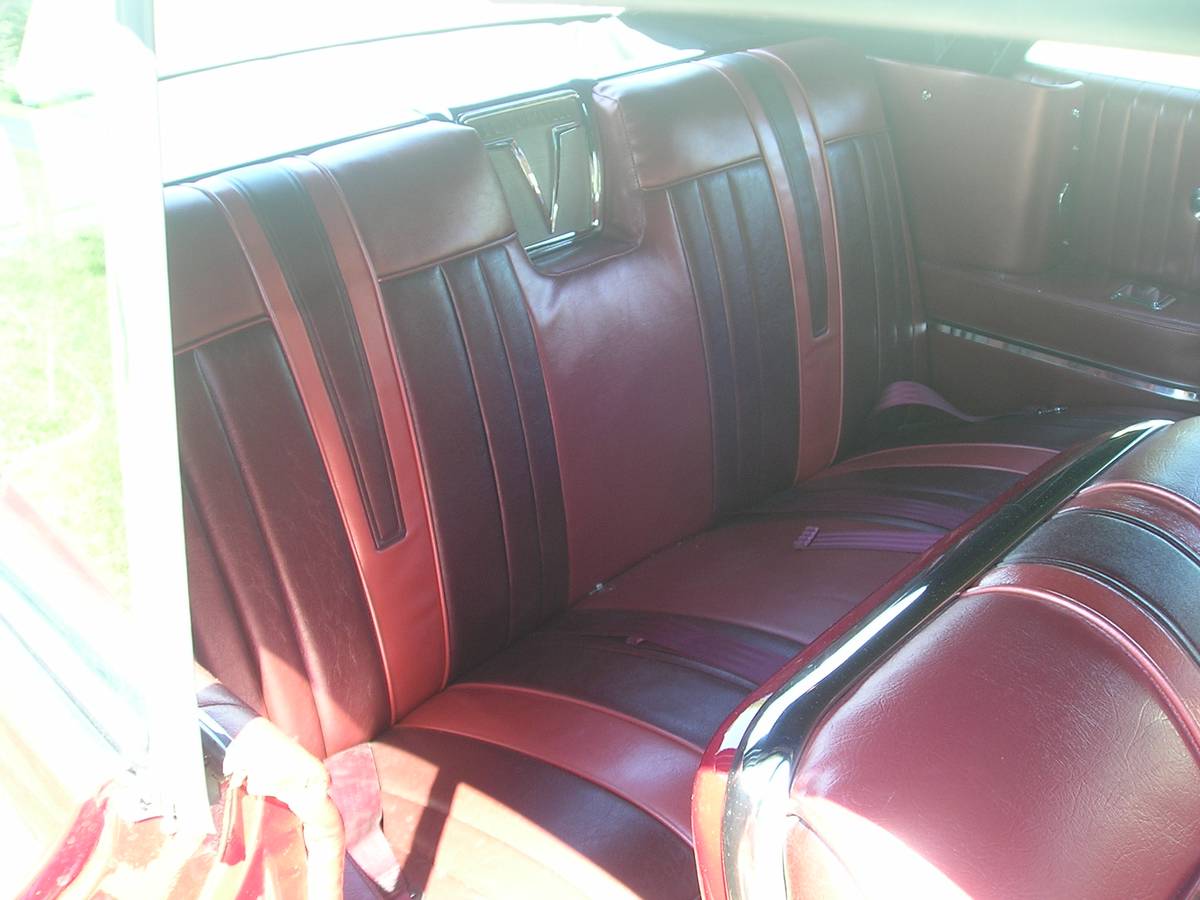 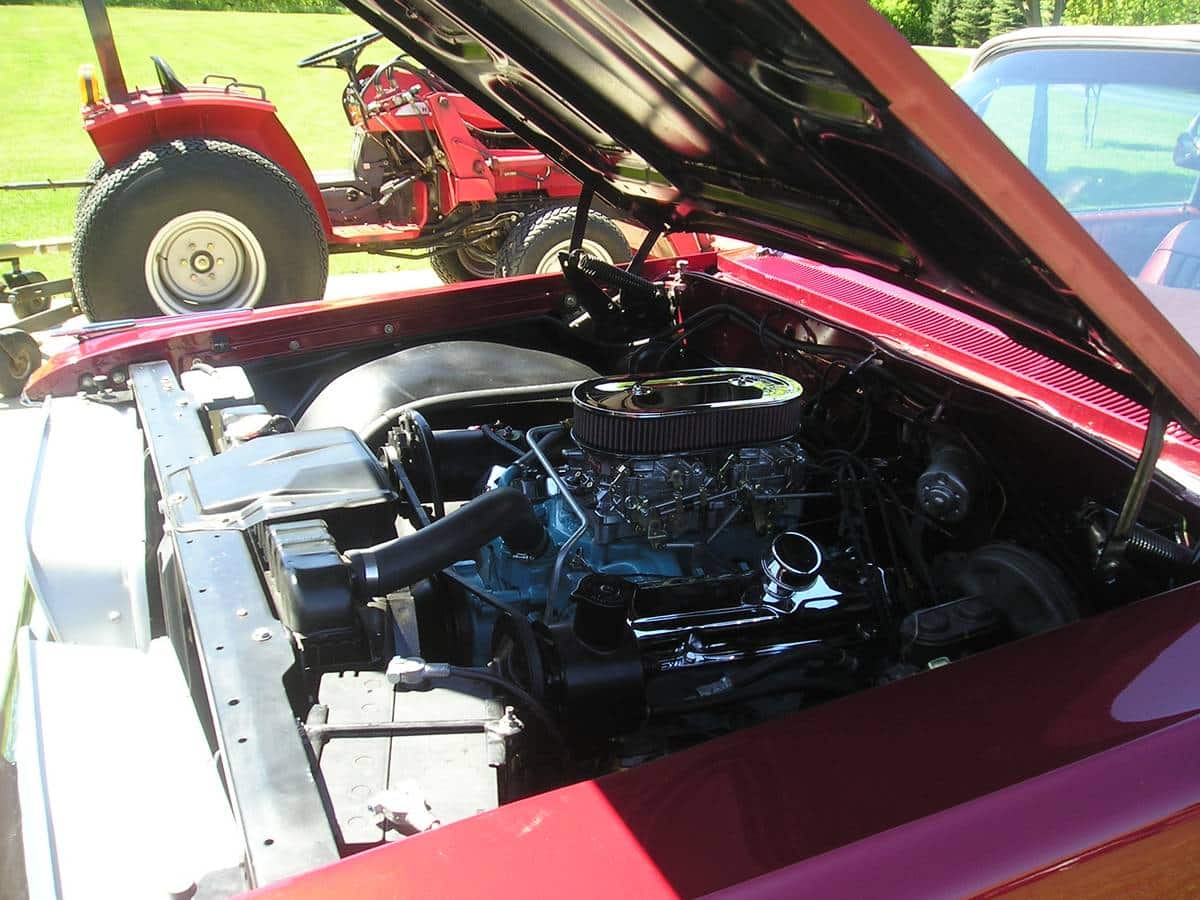 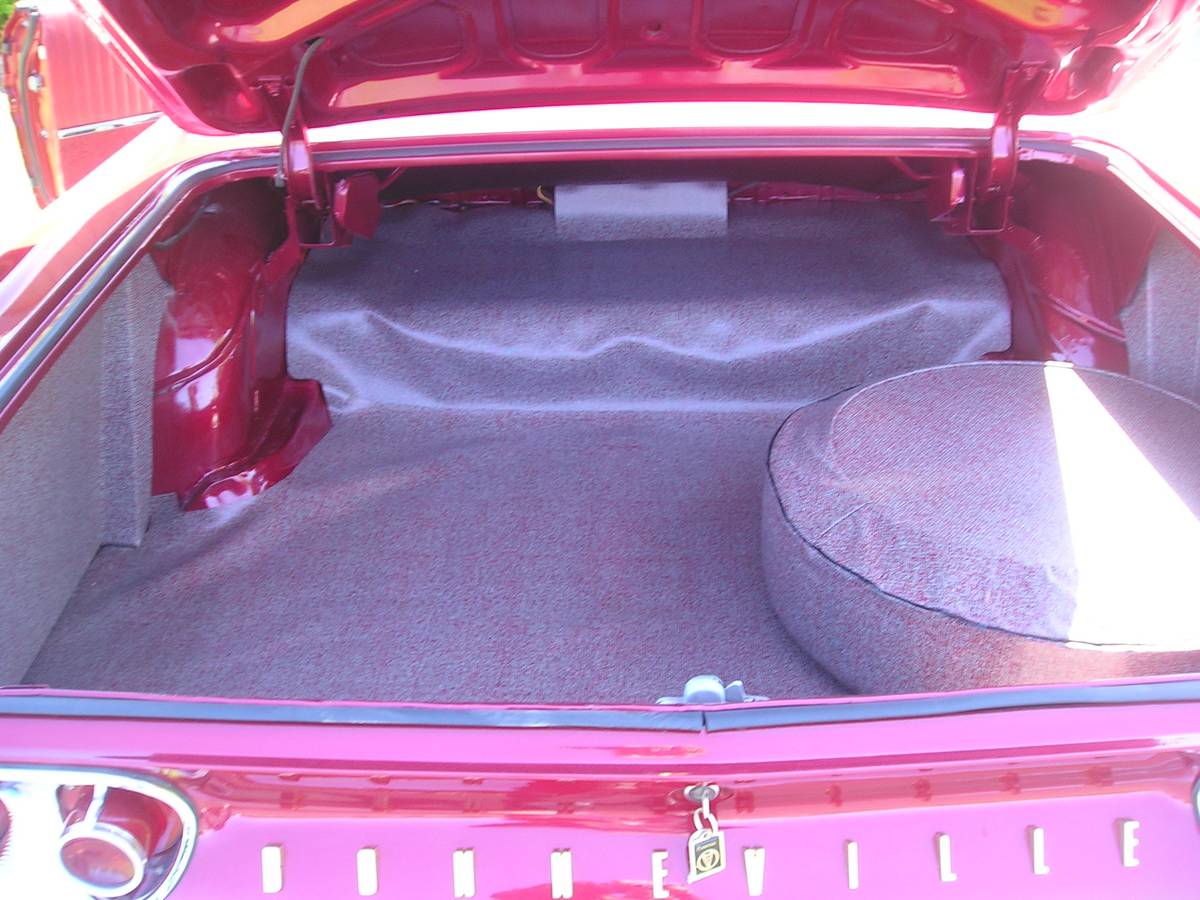 The seller (and we believe the restorer) of this 1961 Pontiac Bonneville convertible currently listed here on Craigslist in Leesburg, Florida (Ocala) notes that a modern 700R4 automatic transmission now handles the power provided by a dual-quad-topped 389 cubic inch V8.  The seller reports that in addition to featuring its original tri-color interior, a modern four-core aluminum radiator keeps the engine bay heat under control in all situations.

Currently offered for $45,000, Classic.com, the analytics and search engine for the collector car market, confirms the ask is at the higher end of the one-year rolling average of this guide’s summary for third-generation Pontiac Bonnevilles of all powertrains and body styles produced between 1961 and 1964.  By clicking on the green dots in the graph below, you can navigate to each comparable car sold as a way to help you evaluate the price of the Bonneville featured here:

As a second data point, the  Collector Car Market Review Online Tool reveals the seller’s ask falls between this guide’s #2 Very Good” estimate of $38,900 and its #1 “Excellent” appraisal of $56,000 before making adjustments for equipment and power train options.

The Eisenhower Recession of 1958 had a tremendous effect on car designs of the early 1960s. To start the decade, every major U.S. manufacturer now offered a compact car line. In 1961, General Motors (“GM”) downsized its full-size car line-up that all-but-eliminated tail fins. While styling may have been toned down to reflect the times, engineers worked under the hoods to increase power.

Launched in 1961, Pontiac’s third-generation Bonneville became Pontiac’s senior model throughout the 1960s and was instrumental in pushing Pontiac to third place in sales from 1962 to 1970.  The distinctive protruding grille made its appearance on all Pontiac products during the early 1960s, and was a modern revival of a similar appearance on Pontiac products during the 1930s and early 1940s, as demonstrated on the Pontiac Torpedo.

The Bonneville differed from its lesser Catalina and Star Chief counterparts by featuring more luxurious interior trim with upgraded cloth and “Morrokide” vinyl or expanded “Morrokide” upholstery in sedans and coupes, expanded “Morrokide” in Safari wagons and genuine leather seating in convertibles. Bonnevilles (with the exception of Bonneville Safari station wagons) were also (along with Star Chiefs) built on a longer wheelbase version of GM’s B-Body.

Pontiacs for 1961 featured more squared-off body lines, the reintroduction of the split grille first seen in 1959, and an all-new Torque-Box perimeter frame with side rails replacing the “X” frame chassis used since 1958. The new frame not only provided greater side-impact protection than the “X” design but also improved interior roominess.  General Motors stylists dropped wrap-around windshields in favor of flatter glasswork for improved entry and exit to the front seat.

The new body was slightly smaller and lighter than the 1960 model with the wheelbase down three inches to 119, overall length reduced by the same to 210 in, and width dropping nearly two inches to 78.2. The front and rear track of the 1961-62 Pontiac was reduced to 62.5 inches front and rear. The 1961 Pontiac was advertised as “all Pontiac…on a new wide track.”

All engines were again 389 cubic inch V8s as in previous years, now called “Trophy” engines. rather than “Tempest” (including the larger 421ci “big bore” engine). Standard engines are two-barrel units rated at 215 horsepower with the three-speed manual transmission or 267 horsepower with the optional Hydramatic, with a 230 horsepower regular-fuel-capable “economy” V8 offered as a no-cost option with the Hydramatic. Offered as extra-cost options were more powerful versions of the 389 including a 303 horsepower version with a four-barrel carburetor or a 318 horsepower  Tri-Power option.

A new “three-speed four-range” “Roto Hydramatic” automatic transmission replaced the previous four-speed unit for 1961. The new transmission was slimmer and lighter than the older four-speed Hydramatic, which was continued on the larger Star Chief and Bonneville models. Also new for 1961 was a four-speed manual transmission with a Hurst floor shifter, available on special order.

The US Auto Industry YouTube Channel features this 1959 Pontiac commercial introducing the company’s “Wide Track” theme that would carry on through the 1960s and early 1970s:

This restored 1961 Pontiac Bonneville convertible for sale provides a nice mild restomod vibe in a great color combination with a modern four-speed overdrive transmission that is likely a huge improvement on the highway over the original unit.  Based on the one picture provided, it appears the seller has a second full-size Pontiac convertible in the same color combination, so you’ll have to get the story on why the seller has two similar cars.

If you are serious about buying this Bonneville convertible, you can start the conversation by calling the seller at (352) 460-4380.  When you connect, please remember to mention you saw their restored Pontiac featured here on GuysWithRides.com. Good luck with the purchase!

“Frame off restoration in very good condition with a white top, original tri-color interior, and white top. The engine is a 389 with a roller cam and roller rockers. Trans is a 700R4 with a 4-core radiator, and the car runs very cool all the time. Eight lug wheels and wide white walls complete the exterior. Comes with many extras.“

Show or go: What would you do with this restored 1961 Pontiac Bonneville convertible?  Please comment below and let us know!