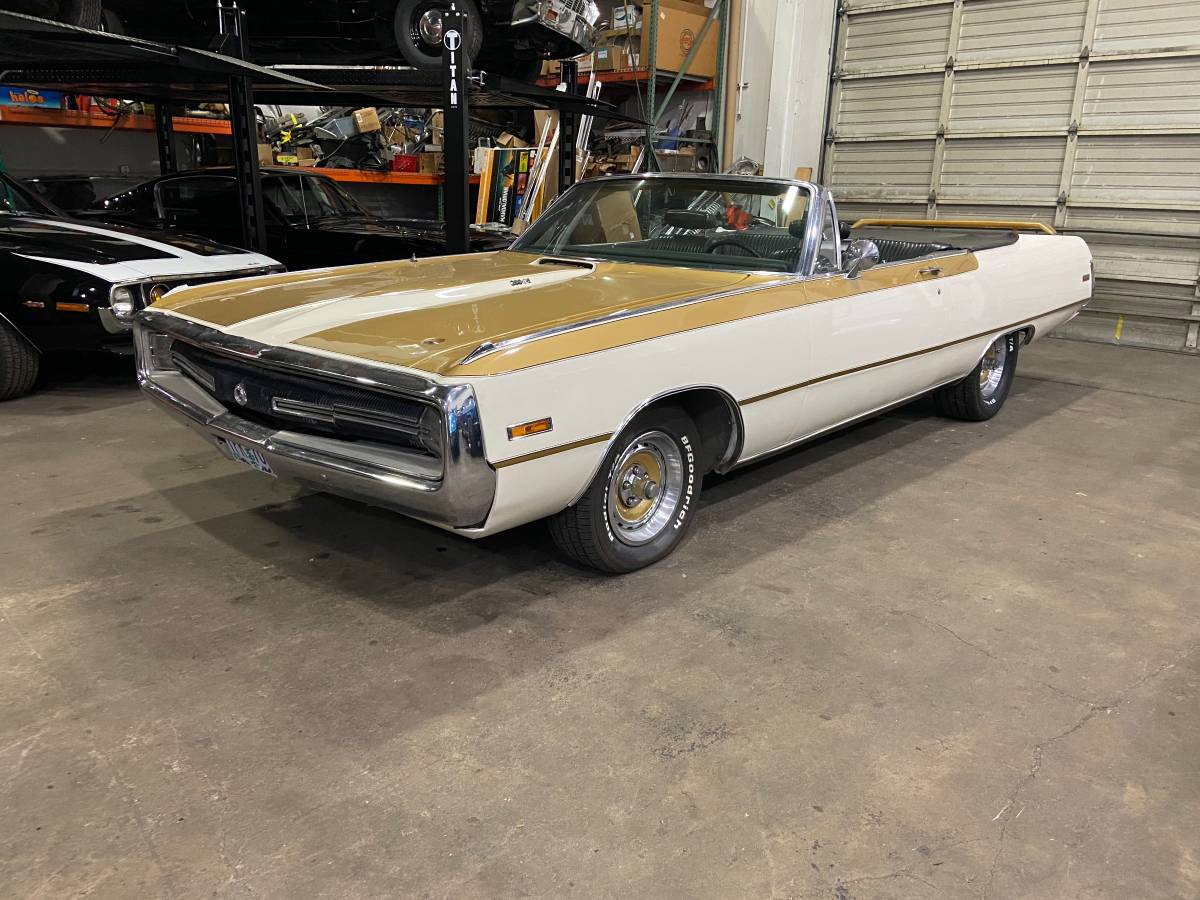 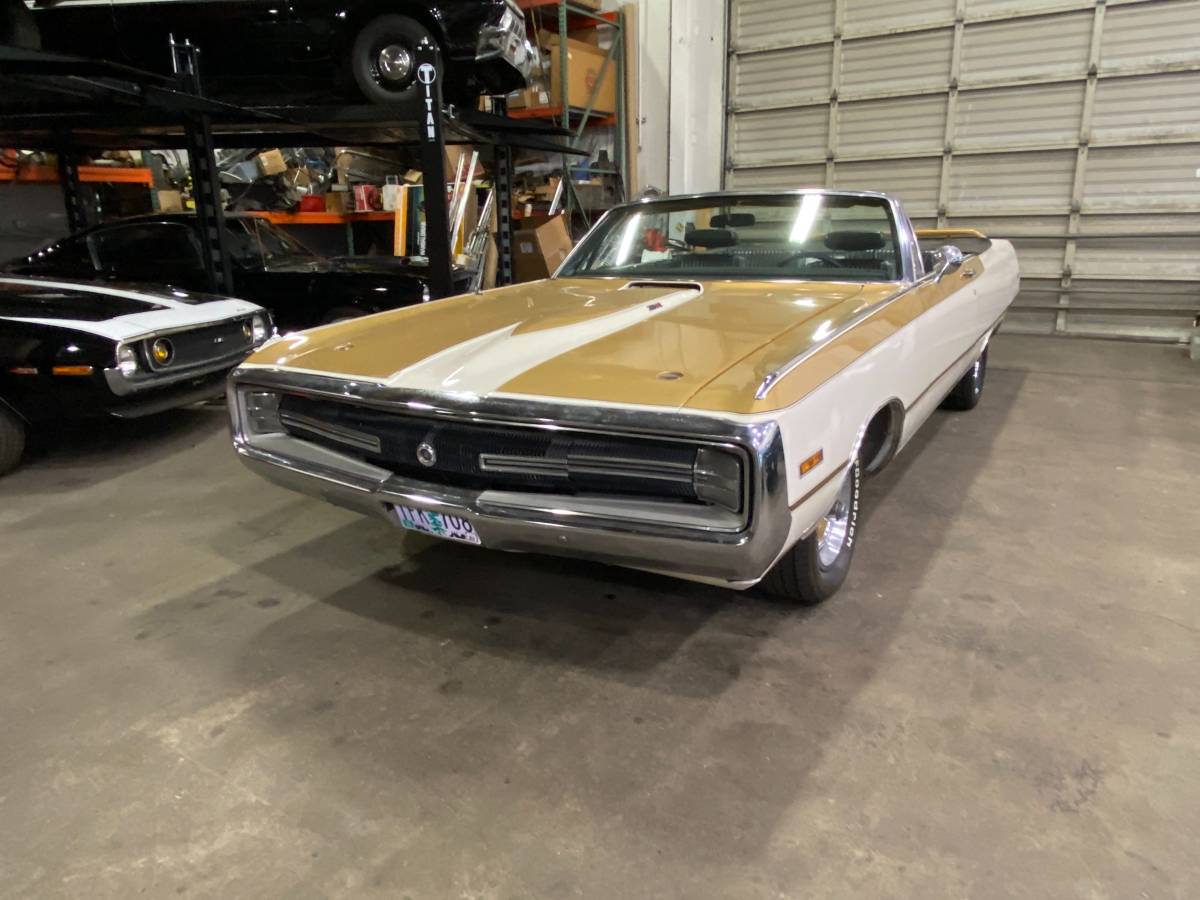 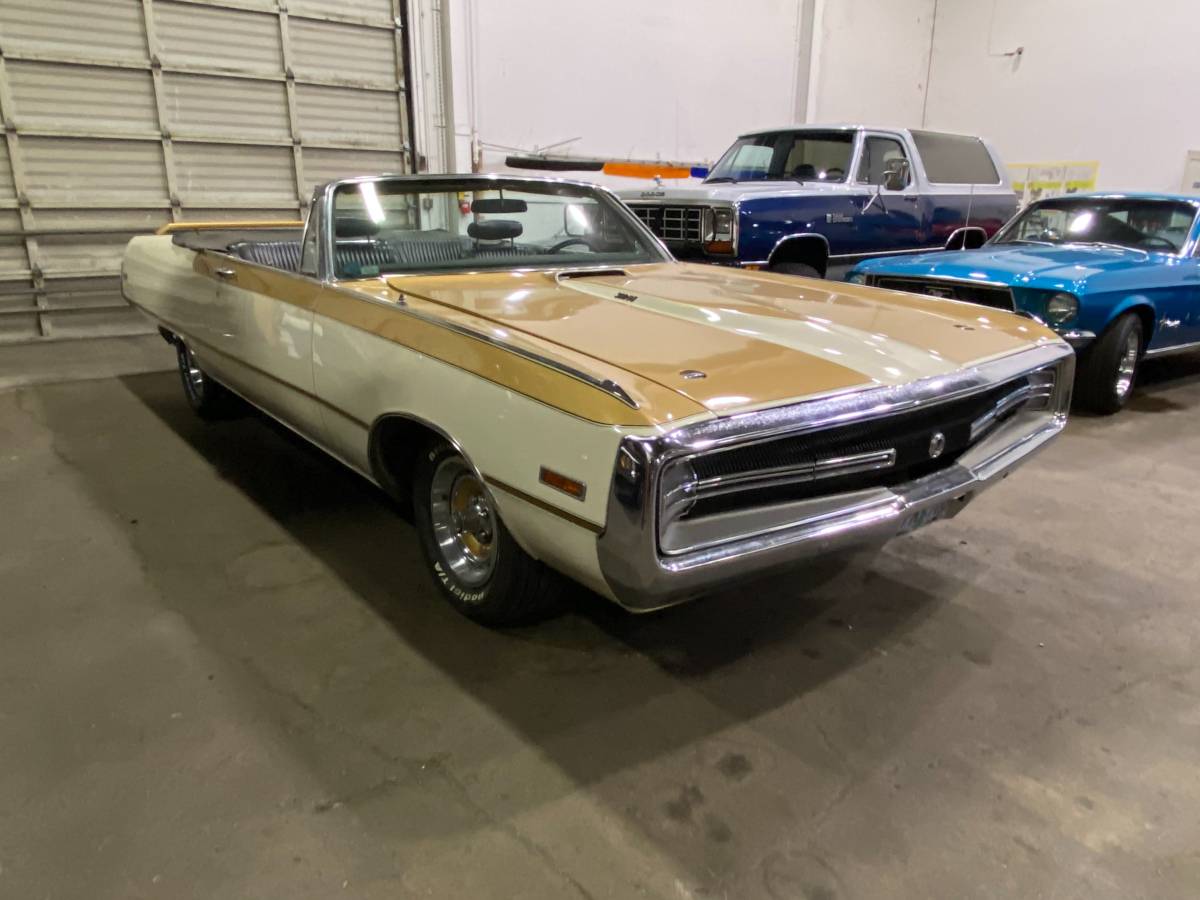 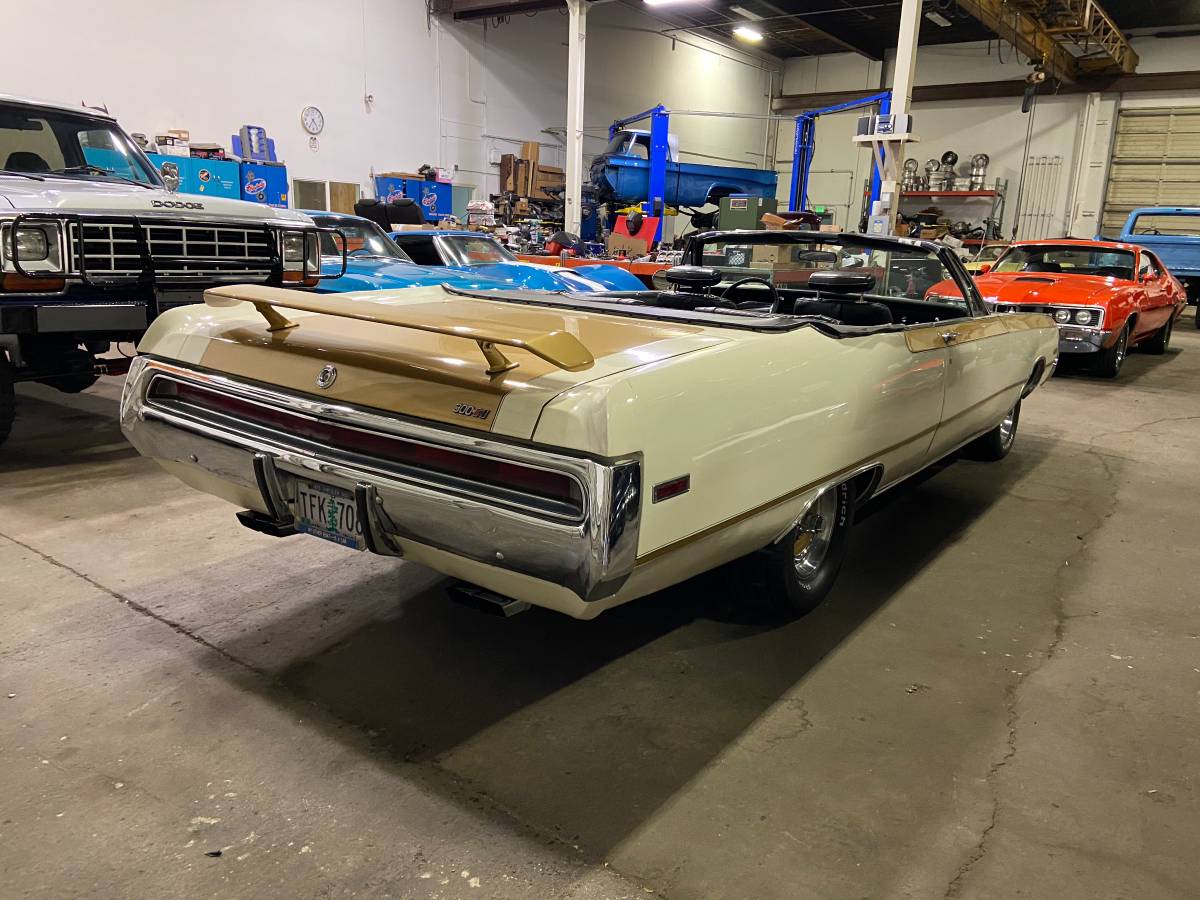 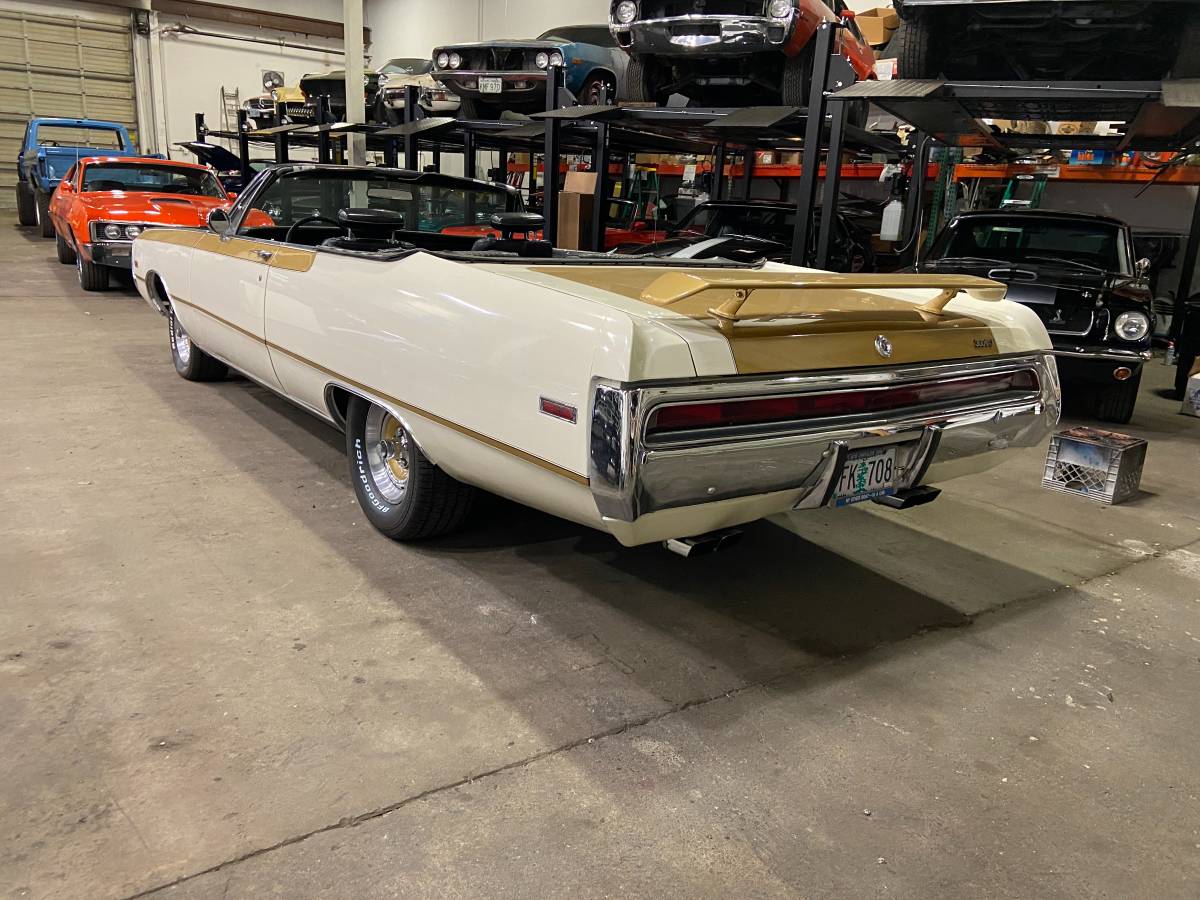 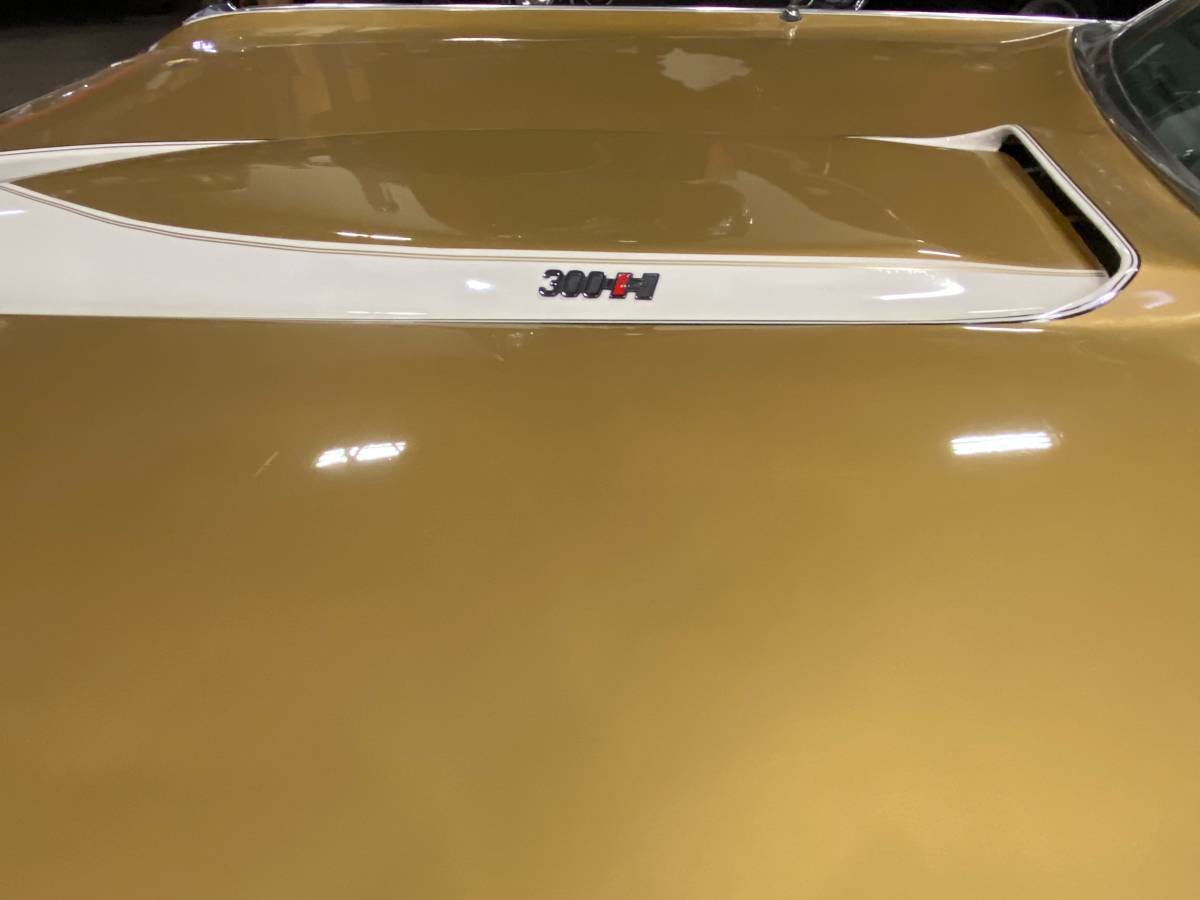 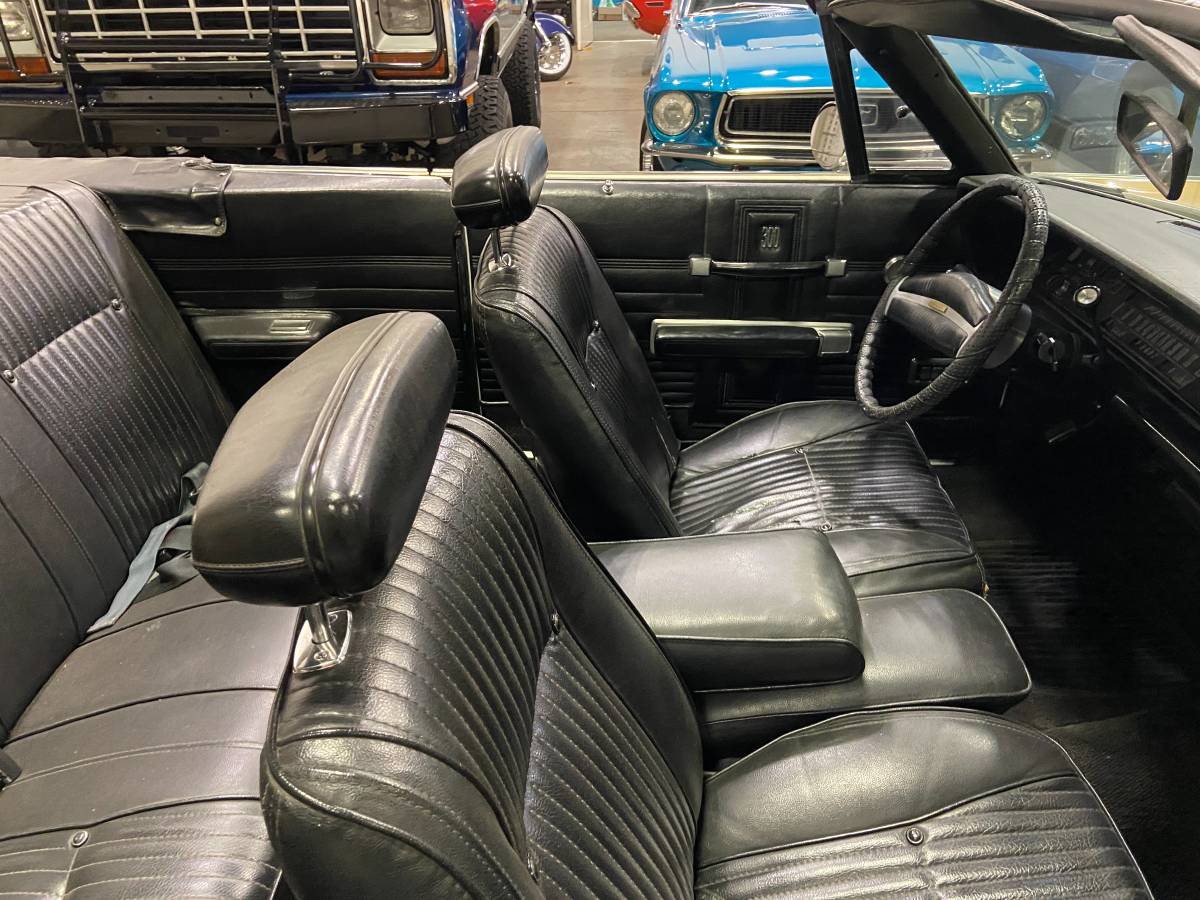 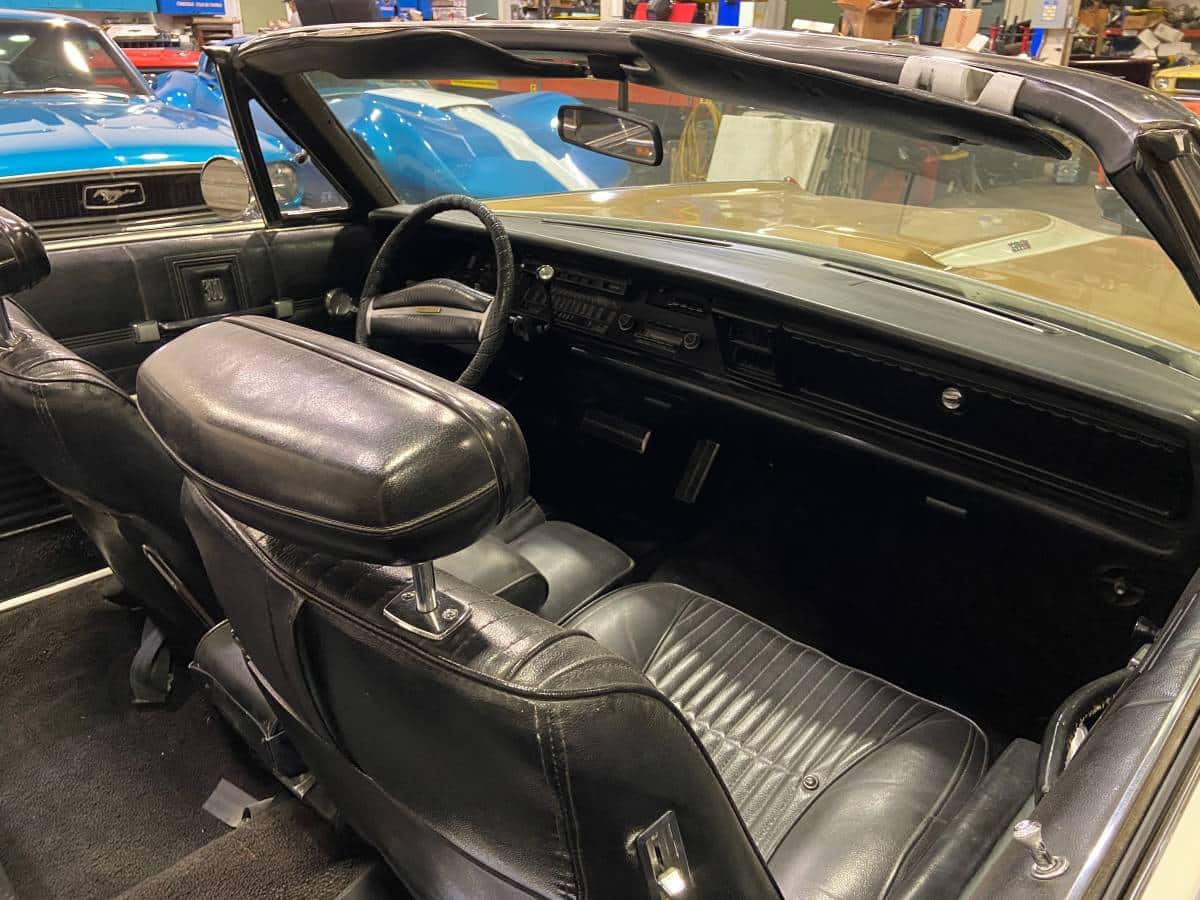 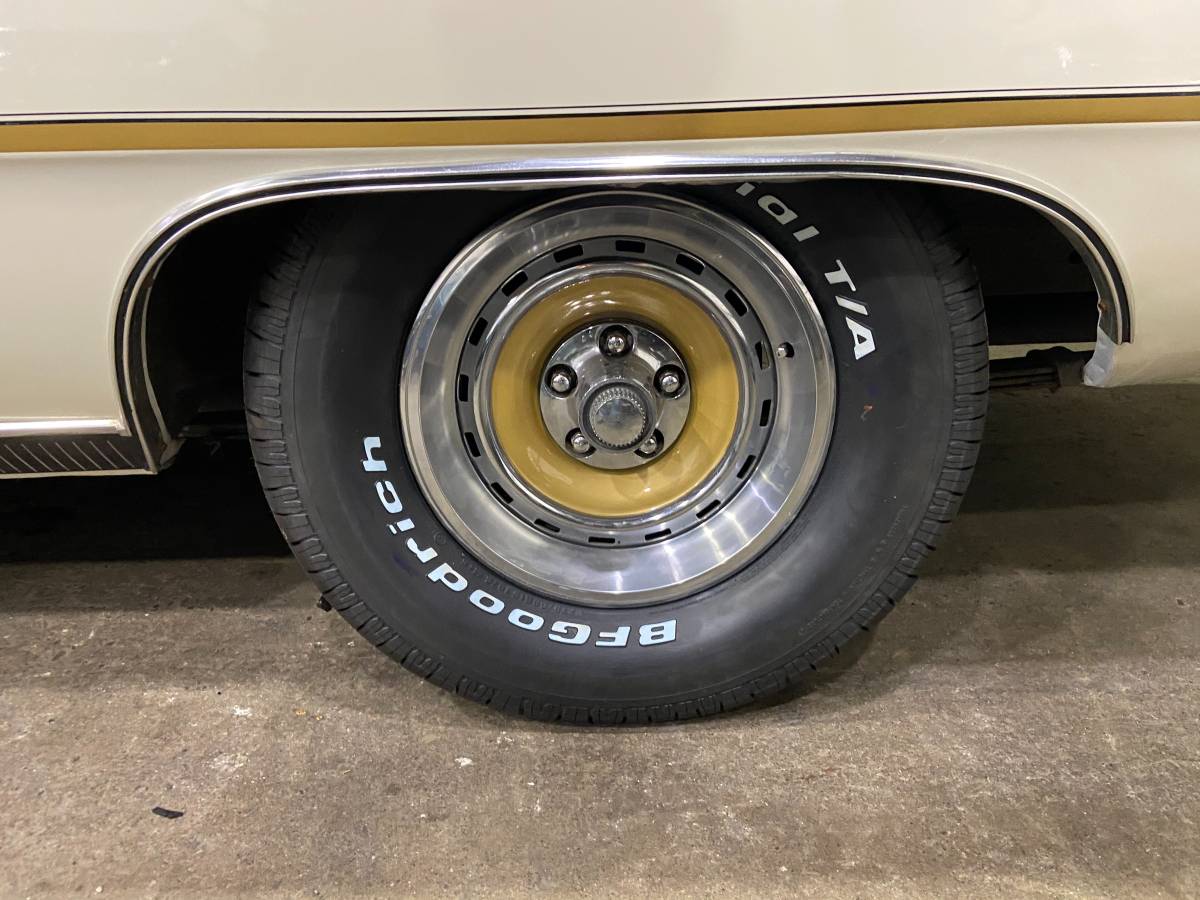 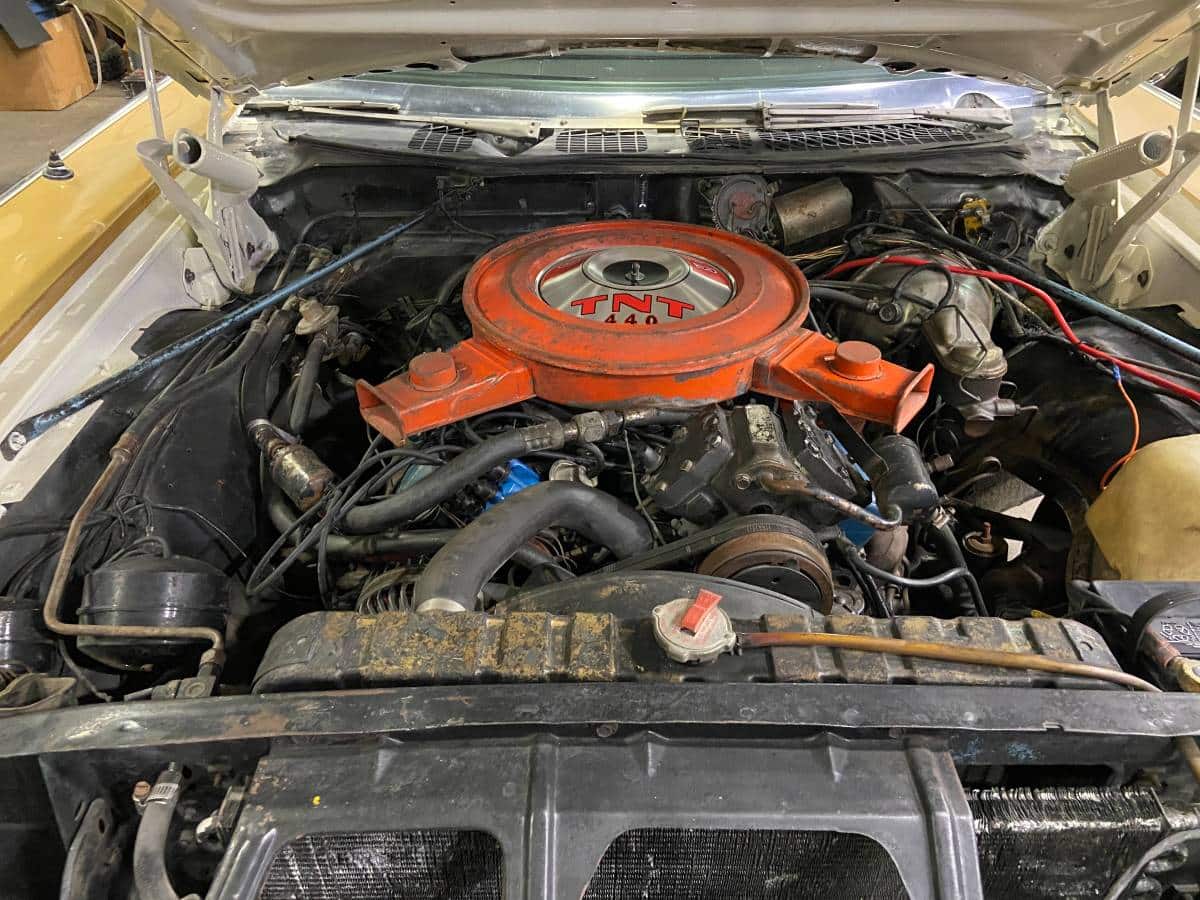 January 26, 2023, Update – We confirmed the listing for this “Classifind” expired, so with no replacement found, we’re assuming this ride is “Sold?” While this one got away, please reach out either by email or call us directly if you’d like to be informed when we come across something similar.

One of the more successful partnerships between automakers and aftermarket performance parts suppliers was Hurst. Primarily known for its aftermarket shifters, Hurst worked mainly with Pontiac and Oldsmobile to develop special Hurst-Edition cars.  A lesser-known venture was a poorly marketed agreement between Chrysler and Hurst to build special versions of the former’s 300 personal luxury car. None of the approximately five hundred units sold to the public in 1970 were convertibles.

While we understand why many people end up building “tribute” muscle cars (all the experience for a lot less money than real-deal numbers matching examples), we like coming across people who take it a step further with a “What if?” build.  The seller (and creator) of this 1970 Chrysler 300H convertible, last listed in January 2023 on Craigslist in the northeast area of Vancouver, Washington, turned an already rare car into something special. Specifically, he went to great lengths to make this car a 1970 300H convertible, a body style Chrysler did not offer with the Hurst option. The only item that deviates from true 300H coupes is the black interior that is original to this example.

Last offered for $22,000, Classic.com, the analytics and search engine for the collector car market, confirms the ask is slightly below the five-year rolling average of this guide’s summary for 1970 Chrysler 300H Hurst hardtops.  By clicking on the green dots in the graph below, you can navigate to each comparable car sold as a way to help you evaluate the price of the tribute convertible featured here:

As a second data point, the  Collector Car Market Review Online Tool reveals the seller’s ask falls between this guide’s #2 Very Good” estimate of $16,200 and its #1 “Excellent” appraisal of $26,400.

Chrysler launched its 300 personal luxury car for the 1955 model year and for ten years and five generations, the New Yorker-based model became known as letter cars among enthusiasts.  The 1970 Hurst 300 lacks the single-letter suffix of its forebears and appeared five years after the last Letter Series Chrysler, the 1965 300L. Many automobile historians do not include the Hurst 300 as a Letter Series model. The concept of the car, however, does fit with the Letter Series cars, as it was a high-performance variant of the luxury 300, built with the input of aftermarket parts manufacturer Hurst Performance. Only 501 units are believed to have been built, of which one was a Hemi-powered example used by Hurst for promotional purposes.

The Hurst 300s were all two doors and shared a Spinnaker White and gold paint scheme similar to the Oldsmobile Hurst/Olds, Pontiac GTO, and Pontiac Gran Prix Hurst models of the mid-1960s to early 1970s. The scooped hood and trunk lid (with a molded spoiler) are both fiberglass. All Hurst 300s had satin tan leather interiors that were straight out of the Imperial and could be had with column- or console-mounted 727 automatics. All came with the 375  horsepower 440 cubic inch, four-barrel-topped TNT V8 engine.

Supporting the massive V8 was a TorqueFlite automatic, heavy-duty suspension, power front disc brakes, and a go-friendly 3.23 gear set. It reportedly could hit 60 mph in 7.1 seconds and cover the quarter-mile in just under 16 seconds. On paper, it should have garnered lots of attention. It didn’t. The 300-H became one of the era’s least known and misunderstood cars.

When the cars arrived at Hurst for conversion, metal was stripped off the hood frame and a power-bulge skin made from fiberglass was added; its rear-mounted scoop was nonfunctional. After redesigning the rear decklid/spoiler, Satin Tan stripes, rather than gold, were added to the body. Options were limited: console shifter, vinyl top, rectangular chrome exhaust tips, and a few comfort items.

The lack of a performance shifter bolted to a manual transmission was just one of many decisions that hindered the 300-H. Approved after the launch of Chrysler’s 1970 production, the base price for the 300-H was set for a lofty $5,935, or $1,701 more than a base 300 two-door hardtop, while promotional material was virtually nonexistent. Miscommunication led to this faux pas as both Chrysler and Hurst thought the other was to manage the campaign. It was a disaster that led to a production run of just 485-502 units (published numbers vary; however, the consensus seems to be 501 hardtops and one convertible).

We love that the seller sourced an already rare 300H convertible to use as the base for his unique 1970 Hurst Chrysler tribute for sale.

“1970 Chrysler 300 convertible, a very rare car to begin with just over a thousand made 52 years ago… how many left?

In 1970, Chrysler sent 485 white 440 2-door 300 hardtop coupes to Hurst for them to do their magic: custom Hurst fiberglass hood w/scoop, custom rear spoiler, gold accent paint scheme, 300H emblems, and more. Hurst also made ONE 300H convertible to use for marketing, parade, and other fun purposes. The hood on my car is literally one of the original 485 Hurst 300H hoods, from an original 300H coupe that got rear-ended decades ago. The rear spoiler is as close as I could get, 1970-only “Go Wing.” I also had 1970 Challenger exhaust tips installed, as featured on the original Hurst prototype… very good-looking.

This car came factory-equipped with the big 440 cubic inch engine, and the bucket seat sport interior. I have always wanted to do a 300H Hurst convertible, and have been on the watch for decades before finding just the right car.

The interior is still in very good condition, with the original bucket seats w/ buddy seat/armrest. Not flawless, but in nice condition, more than presentable.

This is a rare opportunity to get into a classic muscle car at the right price.

Show or go: What would you do with this 1970 Chrysler 300H Convertible Hurst Tribute for sale?  Please comment below and let us know!