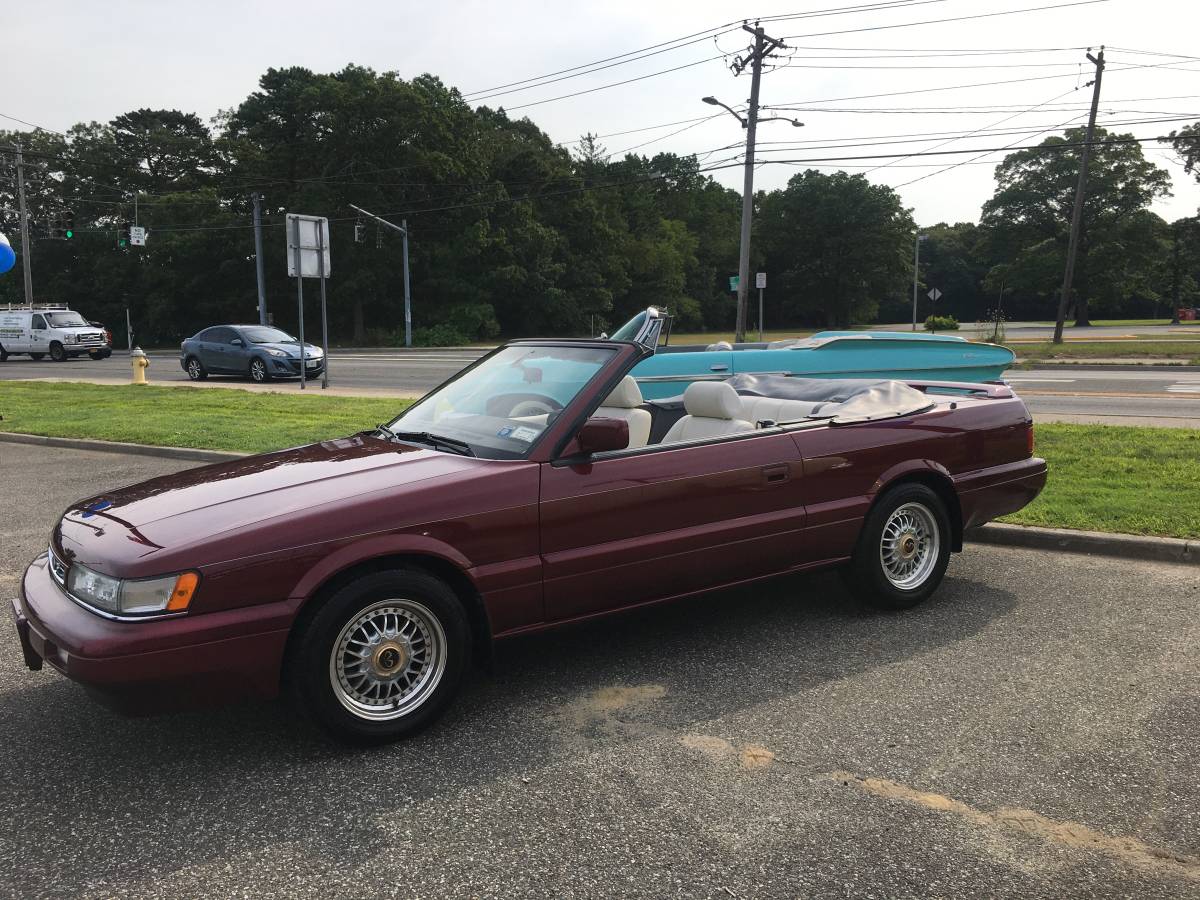 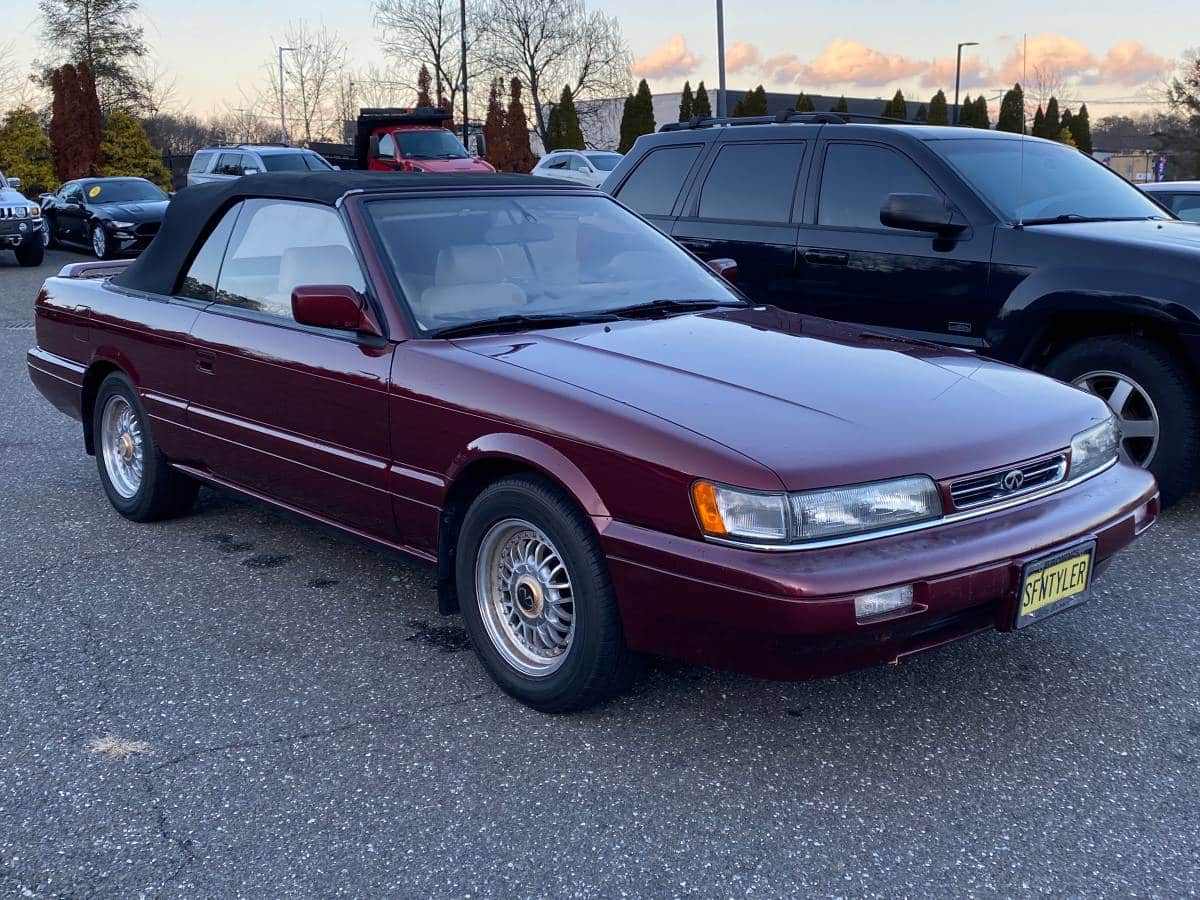 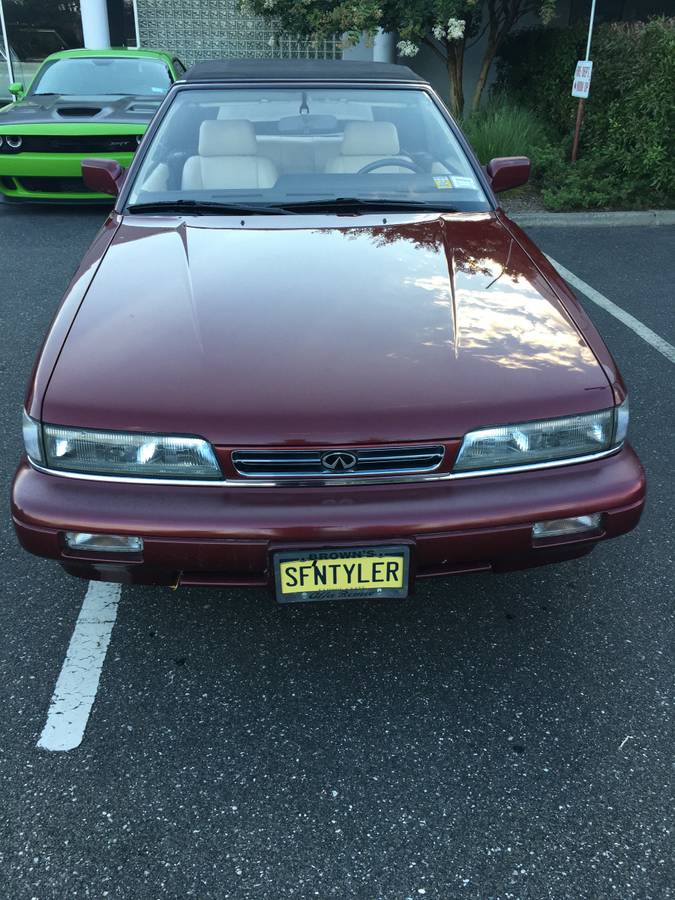 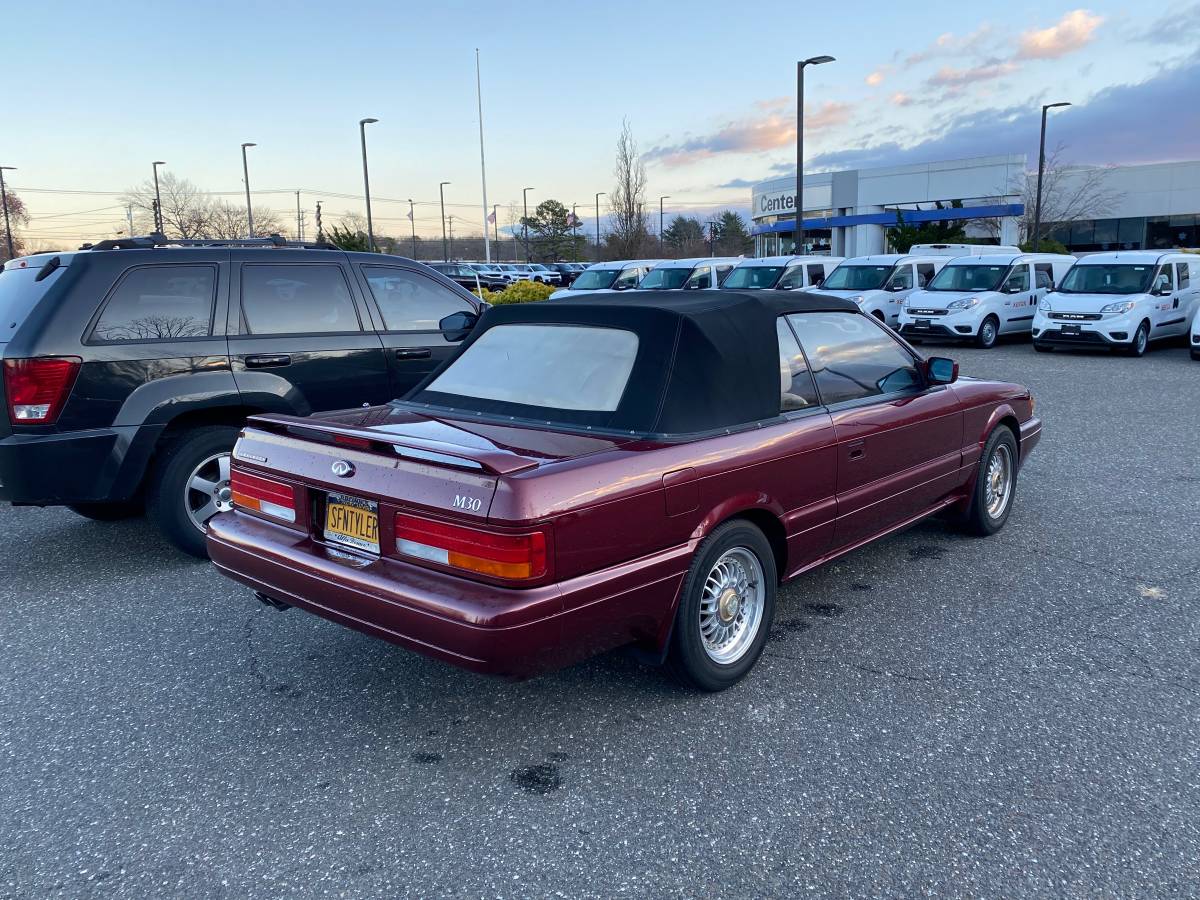 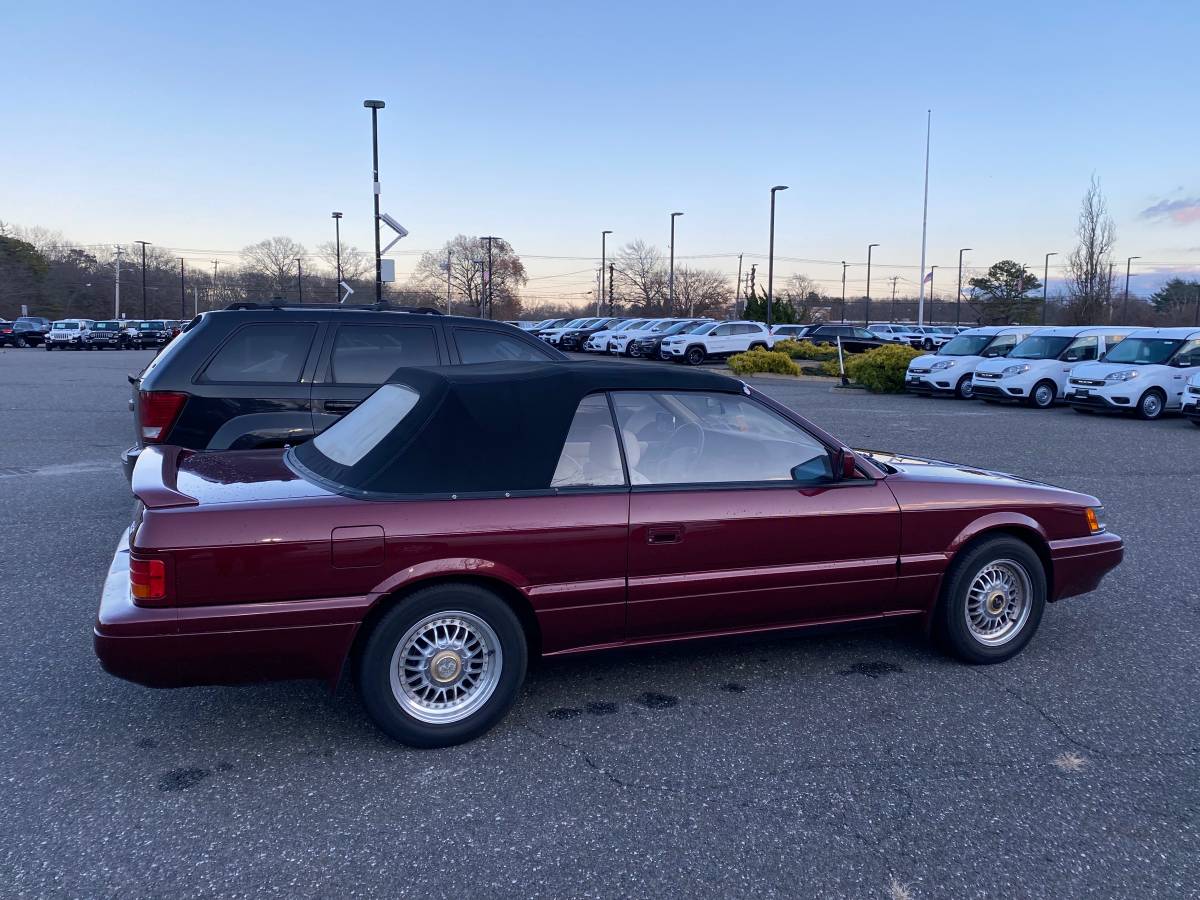 The early 1990s was a time when the Japanese makes were truly trying to figure out what was going to stick with American consumers, which likely explains why so many of today’s desired models emerged from the far East. From building benchmark-busting luxury cars to some of the most desirable sports models ever made, this was a period when Japanese automakers were truly coming into their own.  The Infiniti M30 was a car that represented a bit of an experiment as Nissan essentially rebadged the “Leopard” model from its Japanese lineup and sold it here as a coupe and convertible, both of which are difficult vehicles to find today. This 1992 M30 convertible listed here on Craigslist on Long Island has under 50,0000 original miles and lived in Palm Beach for most of its list, and the seller is asking $7,995. Comparing that price against the Classic.com model guide shows us that the seller is asking for just over the going rate, which may be justified given the low mileage:

If you are serious about buying this preserved M30, you can start the conversation by emailing the seller here.  When you connect, please remember to mention you saw their Infiniti featured here on GuysWithRides.com.

When we make associations of which makes and models tend to get put away for long-term preservation and storage, it’s almost always a domestic make. But when it comes to convertibles, the rules seem to change. Every kind of convertible, from a K-Car to a Mercury Capri, seems to have the potential to encounter an owner that is certain it will be worth more someday if they keep the miles low and the car out of prime-time use. The Infiniti M30 isn’t held in quite the same vein, but it’s close. Many of the examples we see do have low mileage and reside in sunny climates where they were clearly used by retirees. And given Infiniti’s early 90s lineup mostly consisted of lightly-disguised Nissans and jelly bean-shaped sedans, the M30 wasn’t exactly a compelling choice among drivers of sports cars and corner carvers. While I don’t have the sales numbers in front of me, I can almost guarantee most Infiniti buyers early on were just as likely to be seen in the local Buick showroom as they were in Infiniti’s.

Now, speaking as a guy who loves boxy cars, I have no quarrel with the M30’s shape. However, when the rebadged Nissan Leopard arrived in the U.S. marketplace, its sharp edges and squared-off looks were a turn-off for customers who liked seeing a bit more elegance in the design of their luxury cars. The Infiniti J30 is a great example of how the company responded to shifting buyer preferences by making a swoopy big-body sedan, but the Leopard proved the risk of importing an older model from the home market and hoping the overseas customers will be smitten with it. Not so in the case of the Leopard / M30, as its antiquated design was a turn-off for many potential first-time Infiniti shoppers. The Infiniti M30 convertible was created by none other than American Sunroof Corporation, which had the honors of reconstructing the hardtop coupe into a soft top variant that Infiniti was clearly hoping would drive more consumers into the showroom. The M30 drop-top was a short-lived experiment, but fortunately, Infiniti would go on to build much more desirable cars and trucks in the intervening years. The seller says you can drive this M30 across the country tomorrow; would you?

Rare convertible: does rarity alone make this forgotten Japanese drop-top more of a collector’s item, or is it simply too obscure?