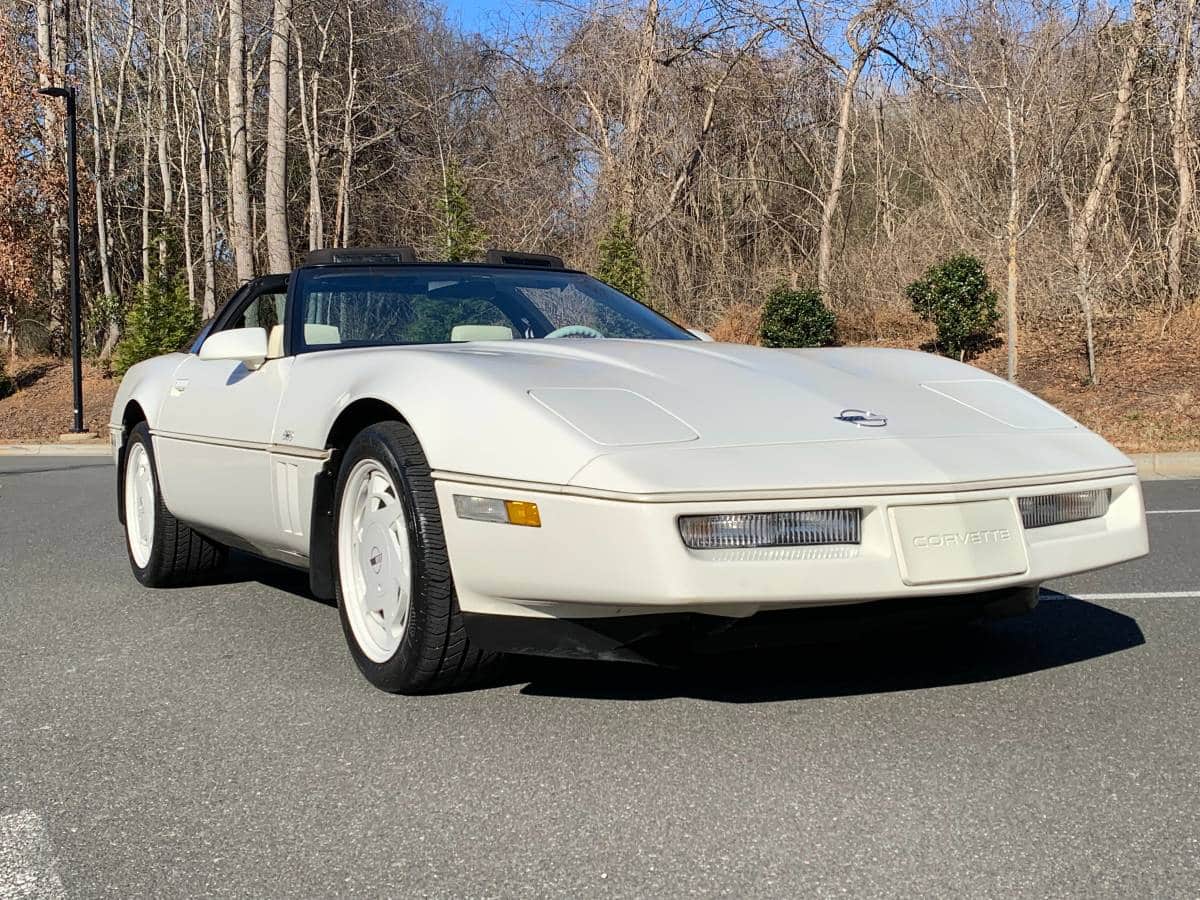 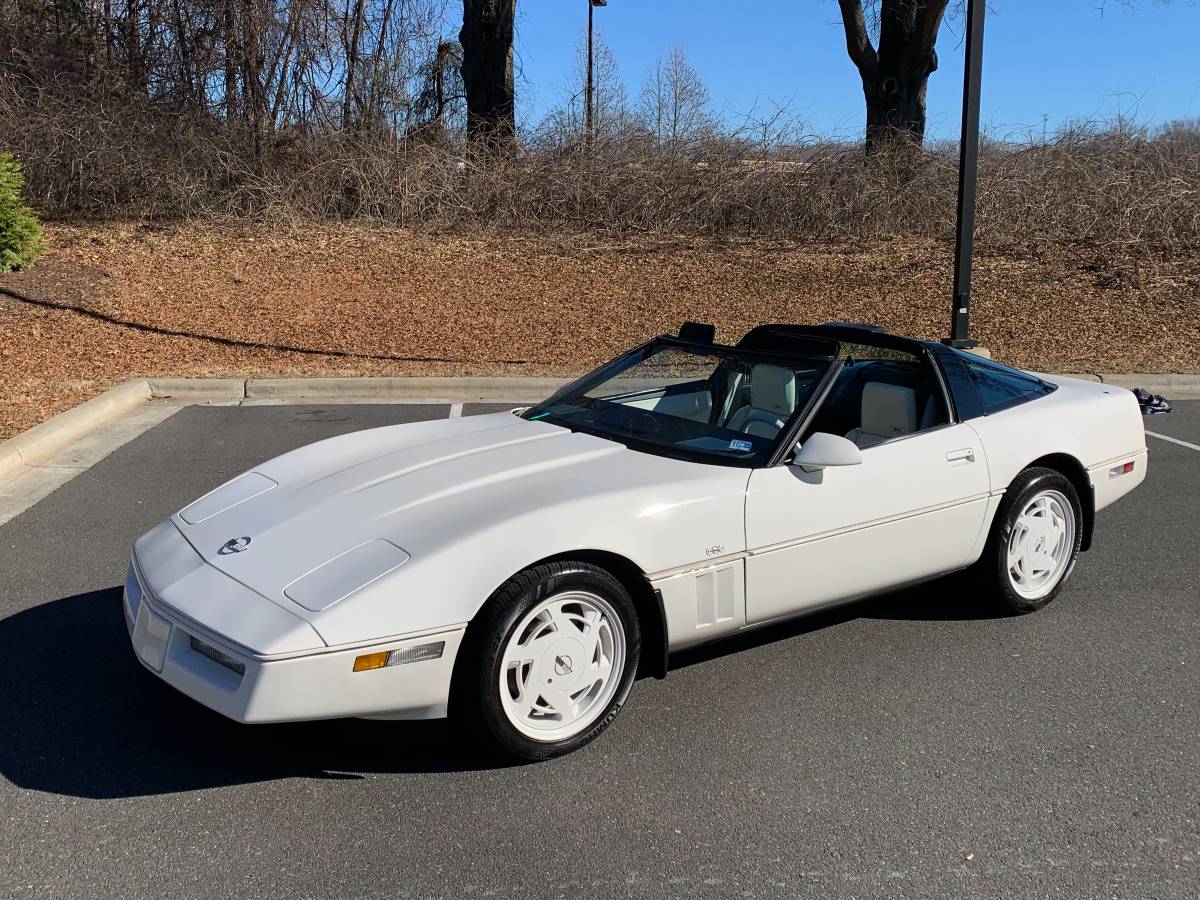 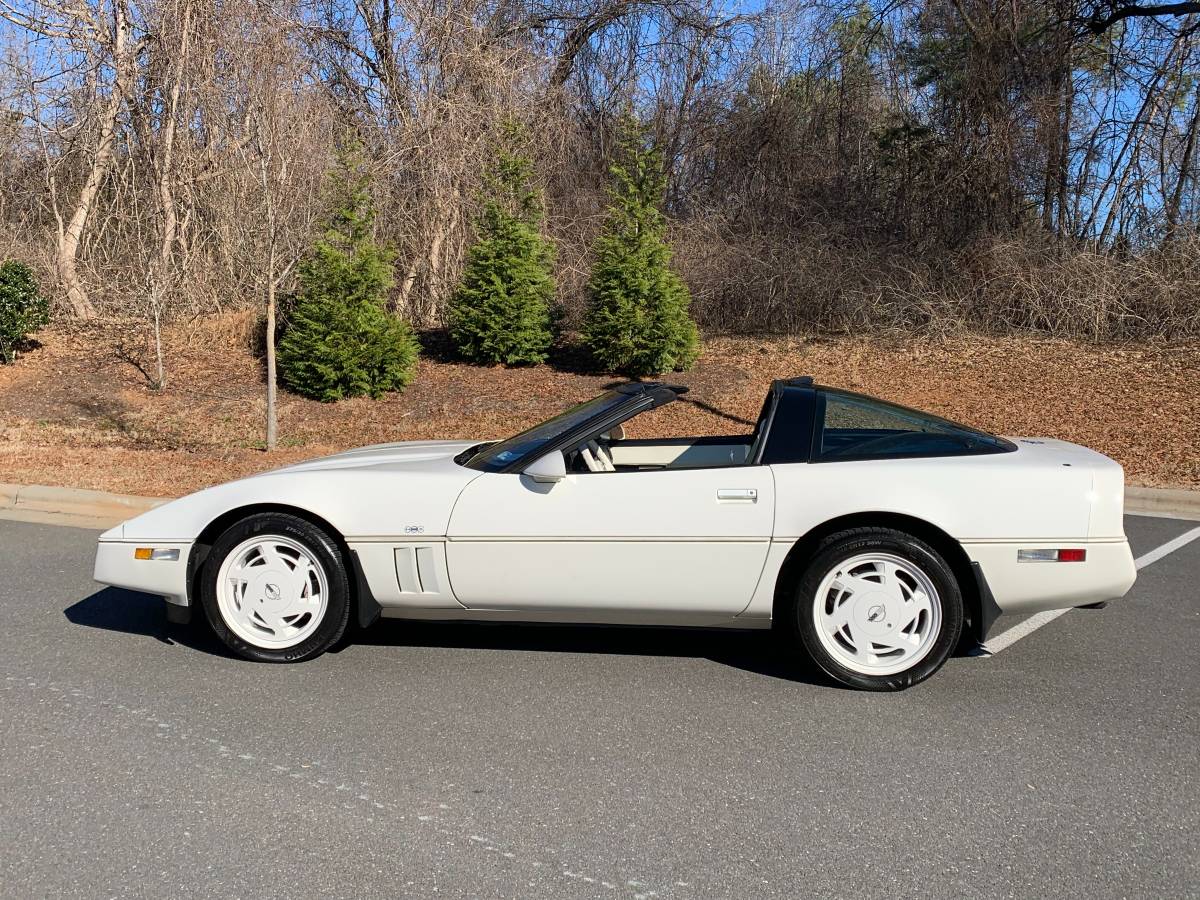 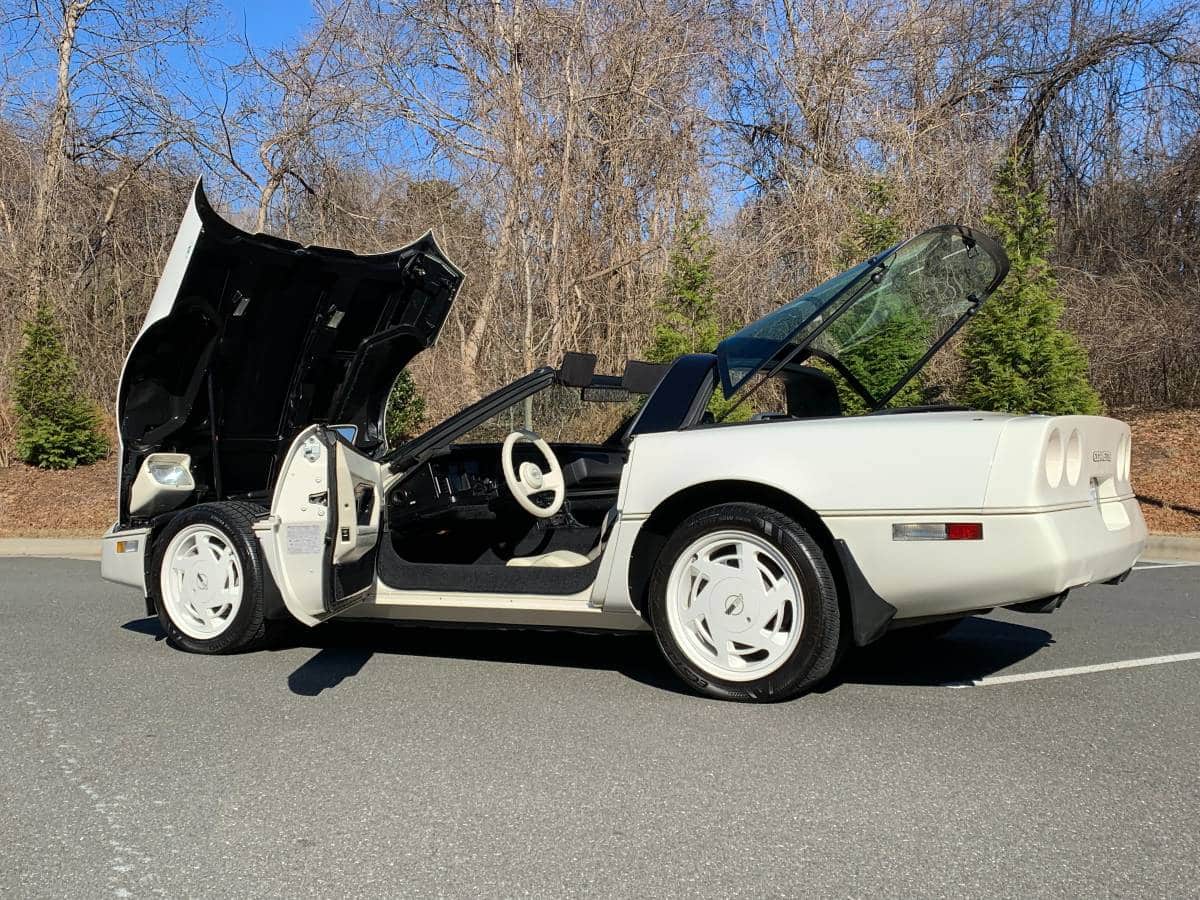 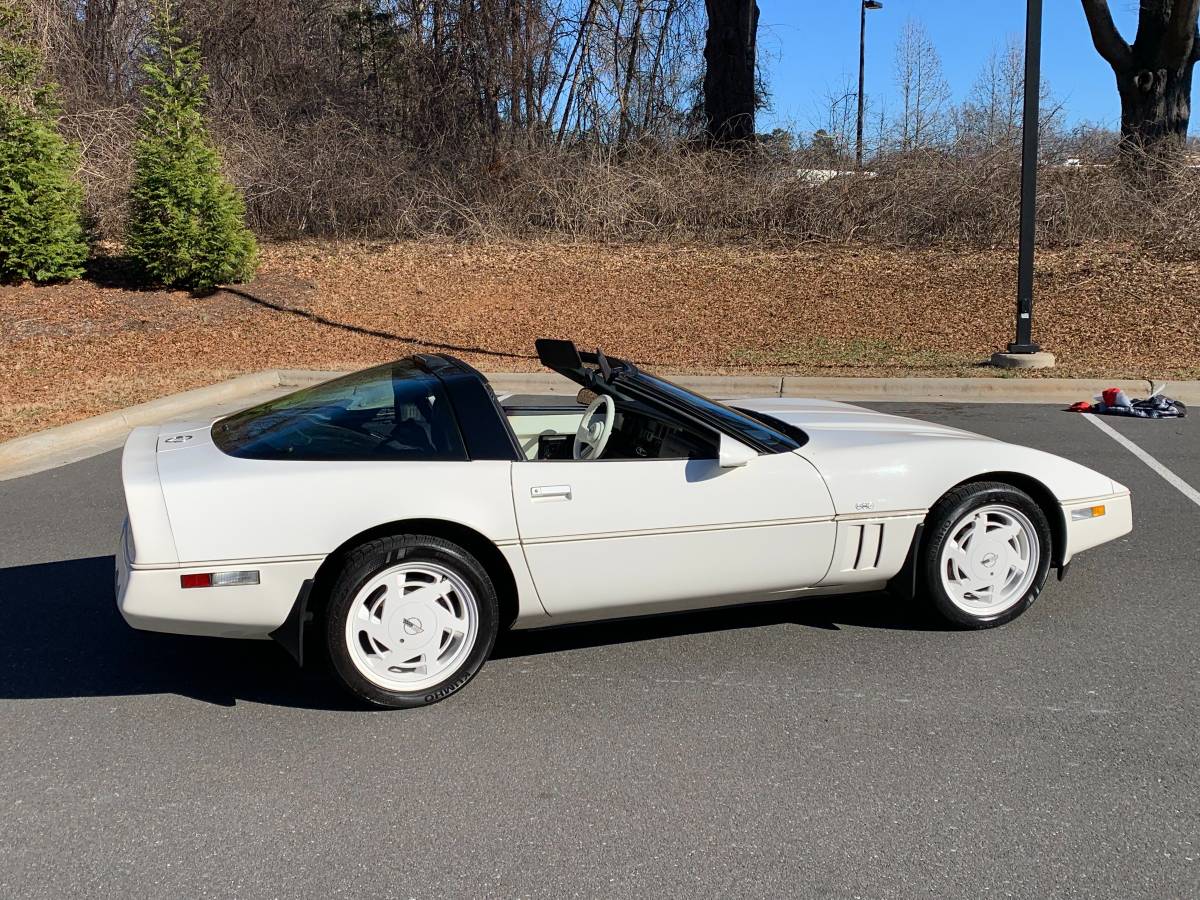 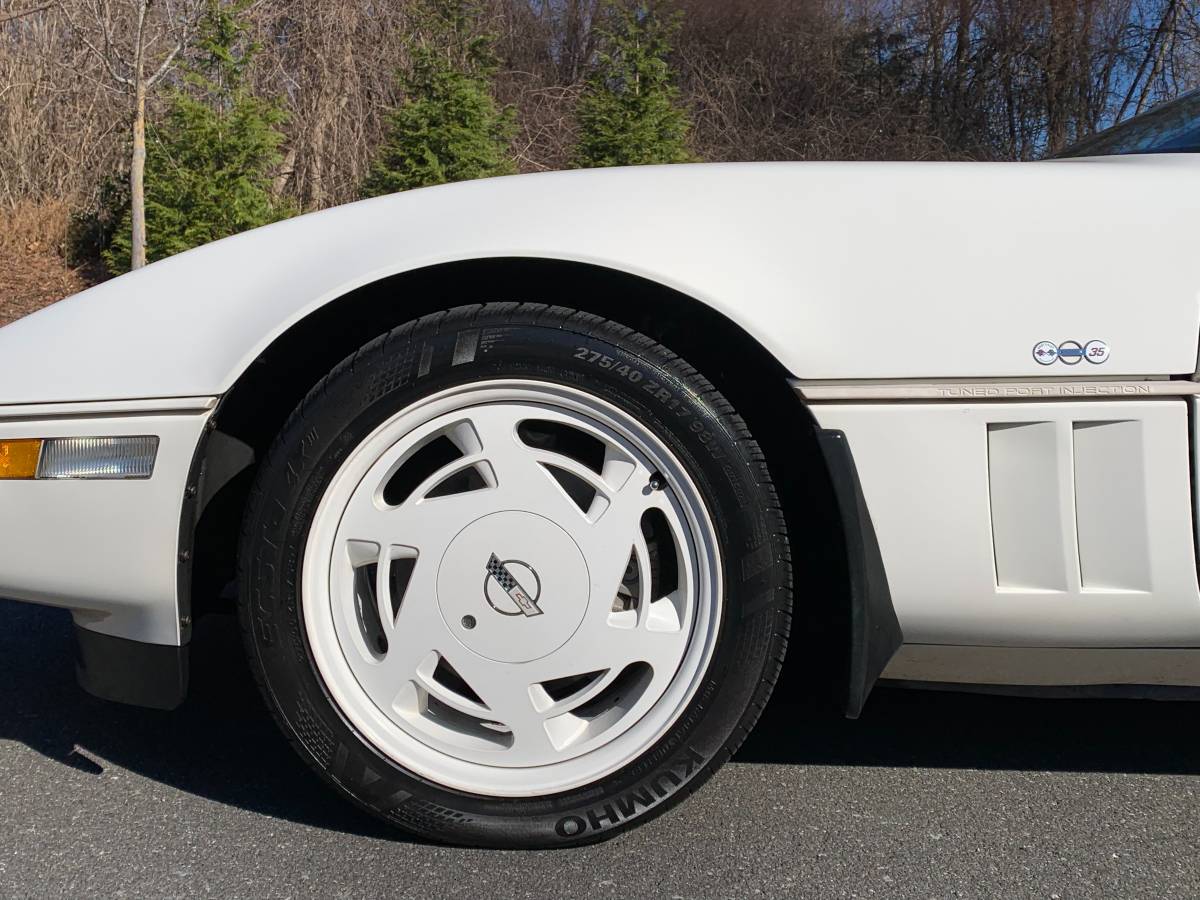 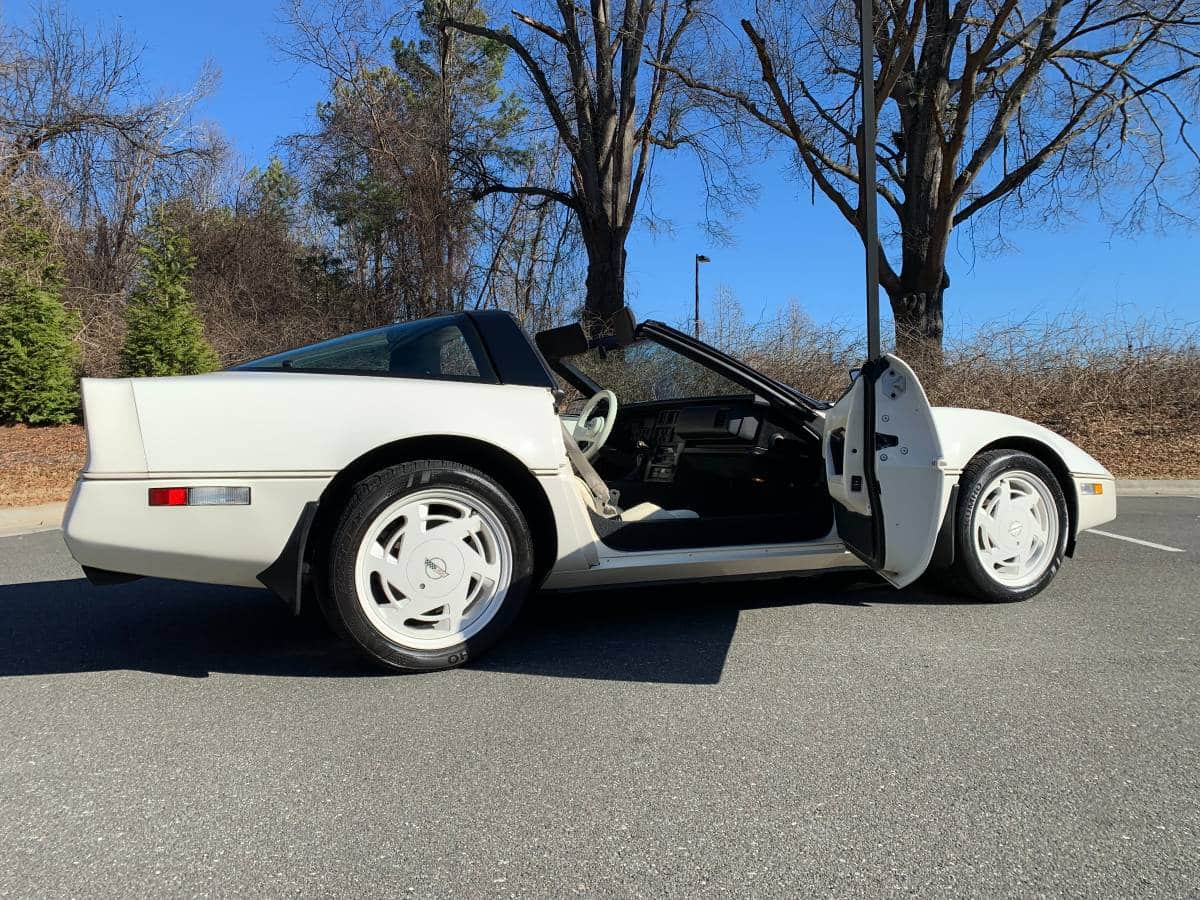 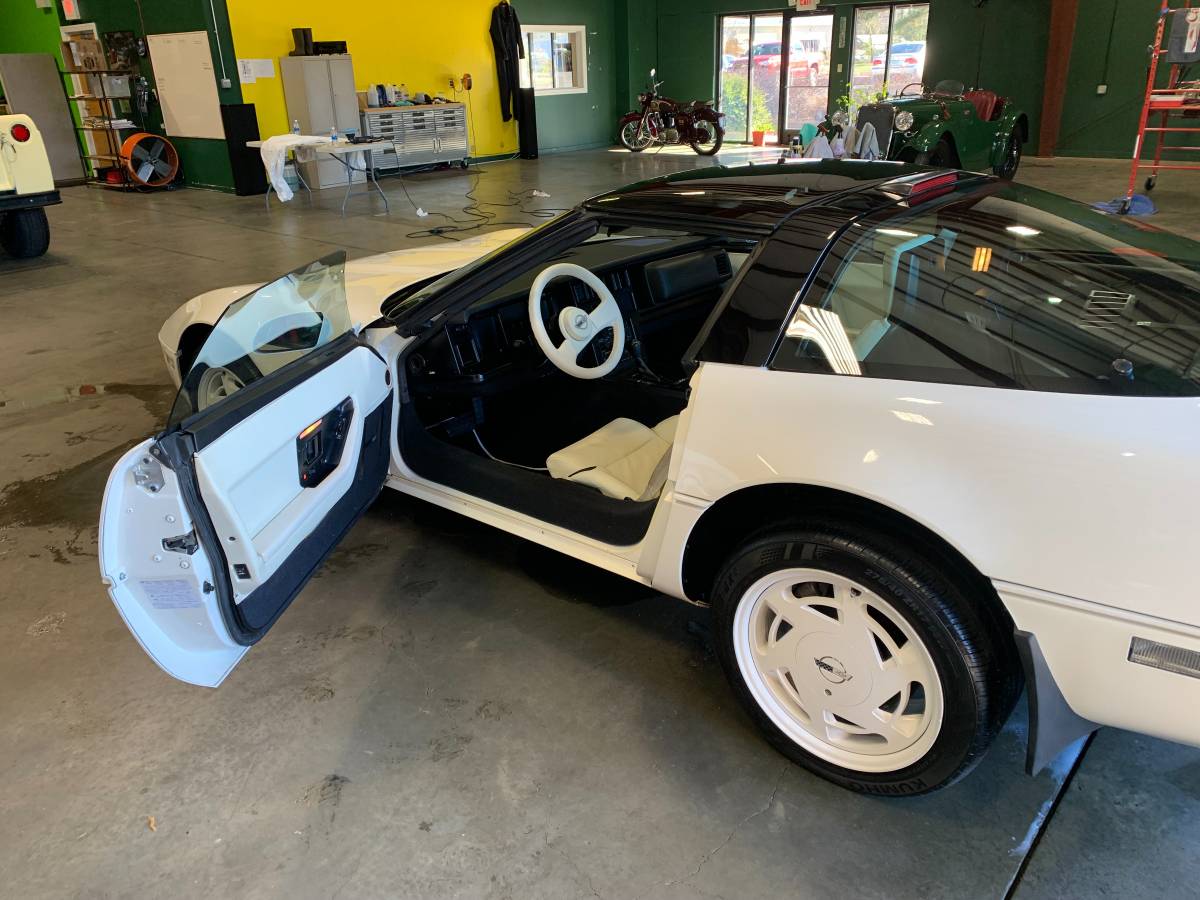 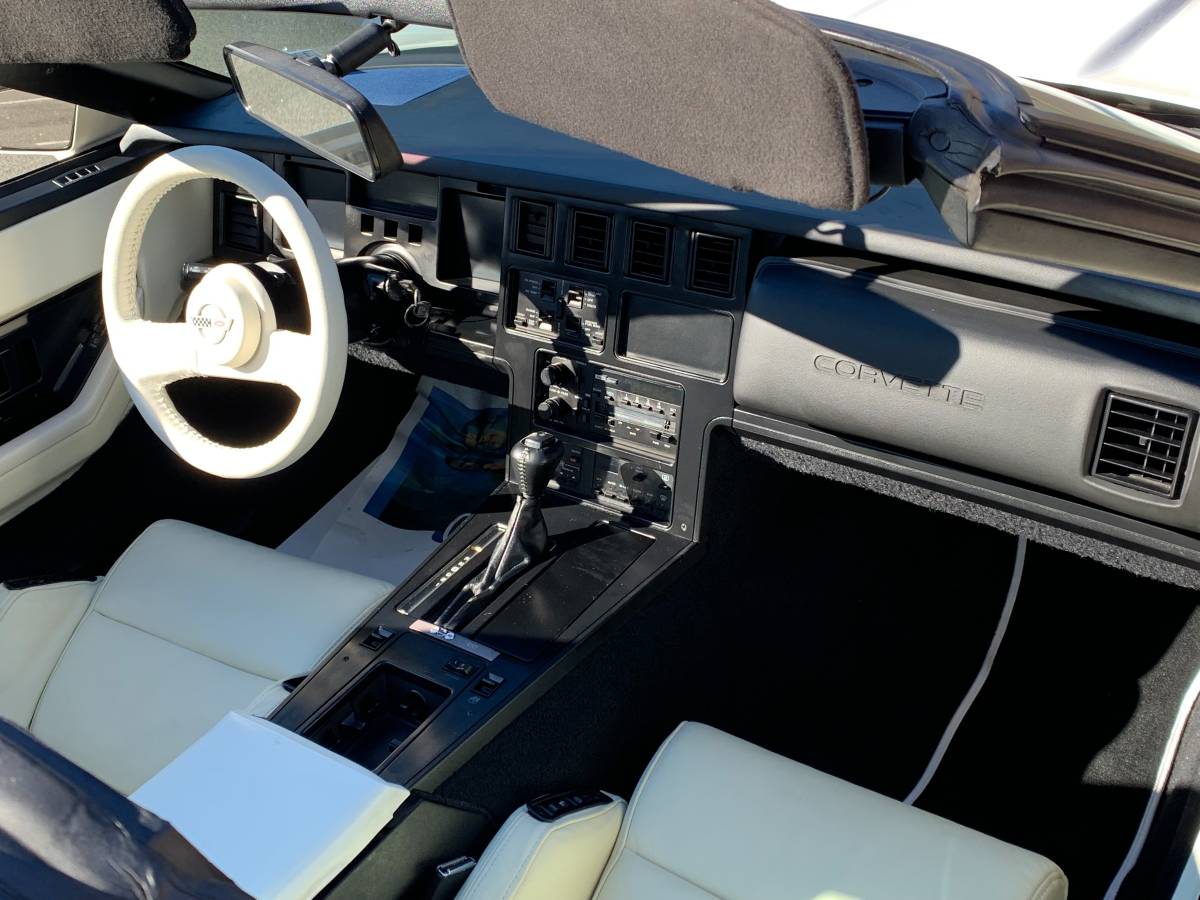 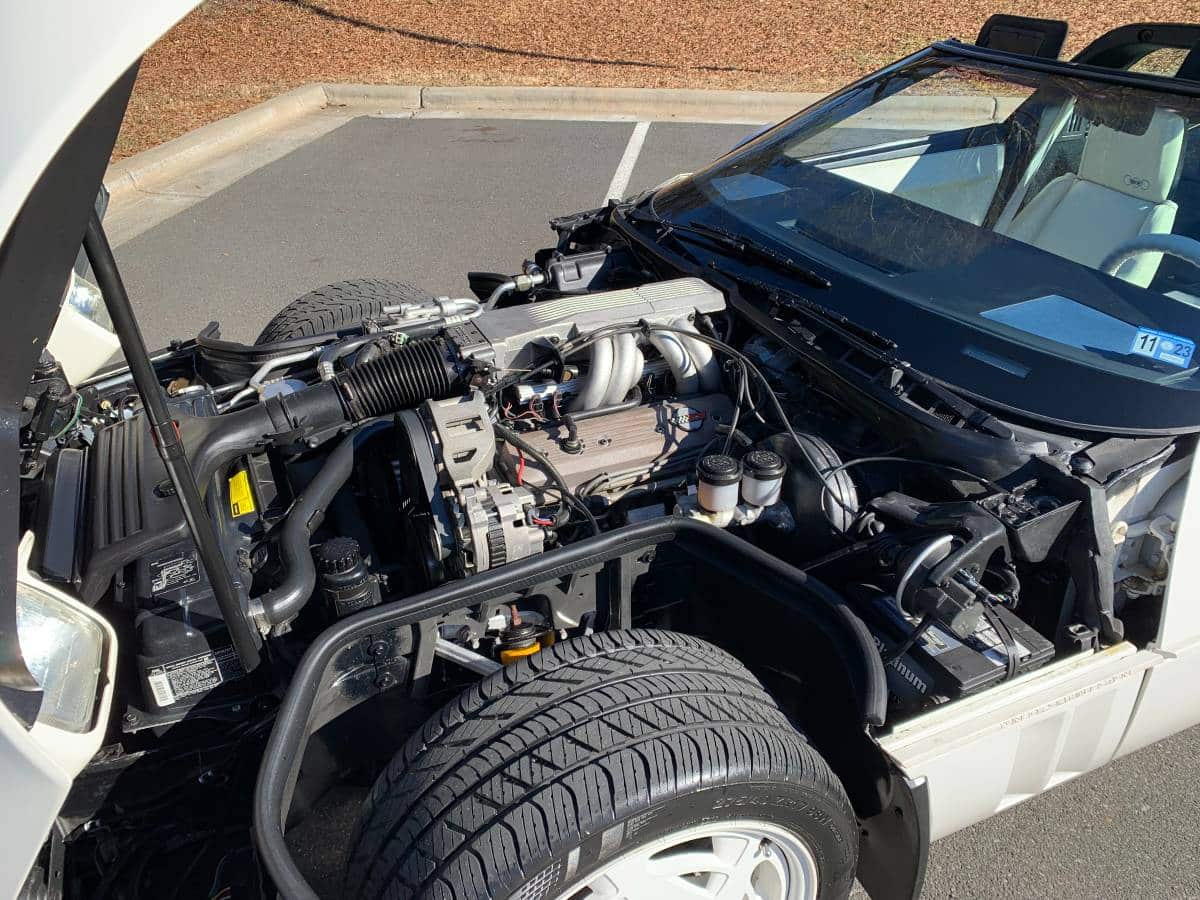 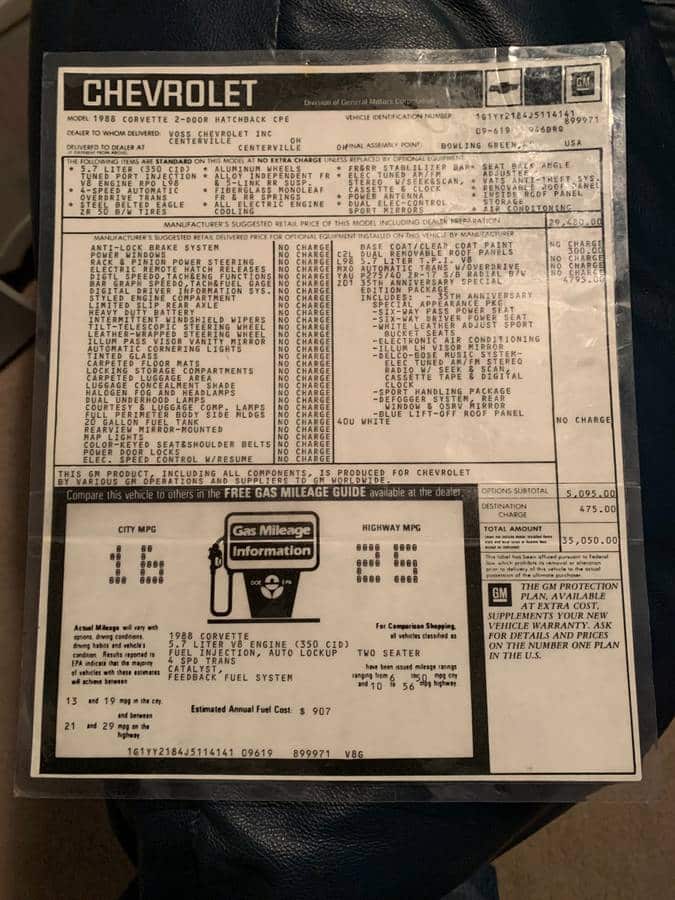 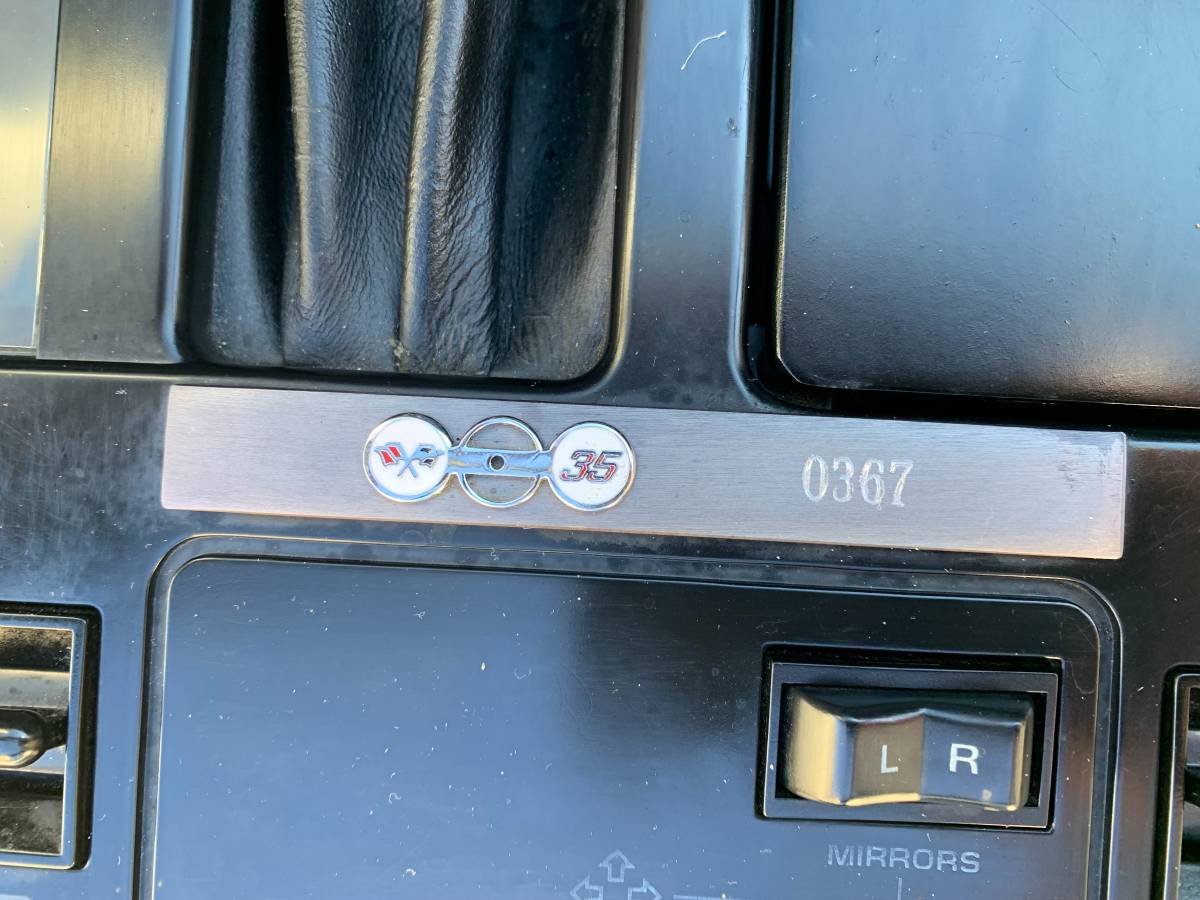 February 3, 2023, Update – We confirmed the listing for this “Classifind” expired, so with no replacement found, we’re assuming this ride is “Sold?” While this one got away, please reach out either by email or call us directly if you’d like to be informed when we come across something similar.

In the 1980s, the all-white look was all the rage. Whether it was Don Johnson in a color-coordinated leisure suit or your living room furniture, white was certainly hot among consumers. This resonated with numerous automotive manufacturers that churned out special edition models featuring color-coordinated white paint, interiors, and wheels on certain models. The Isuzu Impulse, Nissan 300ZX Shiro Special, and first-generation Acura Integra all had “white editions,” and right there with them was the 35th Anniversary Chevrolet Corvette special edition. This 1988 Corvette 35th Anniversary Edition model was last listed in January 2023 on Craigslist near Raleigh, North Carolina, with 59,000 miles for $23,500. Comparing that price against the Classic.com model guide shows that the seller is asking below the average sale price of $36,488.

When it comes to the C4 Corvette, we all know its shortcomings. It was born from an era where muscle cars had effectively been neutered, and build quality was typically as underwhelming as the performance. Still, we often forget your average C4 in good running condition could still hit 60 miles per hour in under eight seconds. Today’s Corvette is a blisteringly-fast road car that will quickly expose any drivers of average ability, but the C4 is often unfairly labeled a dud. If you weigh its virtues based on being a competent package that responds well to suspension upgrades and is dirt-cheap to maintain over the long term, the C4 becomes far more compelling. The ZR-1 is still a smoking-performance car bargain, even in today’s red-hot marketplace. Still, a special edition model like a 35th Anniversary Edition makes sense as a car that will likely hold its value, if not increase a bit over the next few years.

Now, let’s get back to the epically-80s styling trends. Today, color coordination of almost any shade of paint is generally considered out of style. But until the late 1990s, it was still very much a thing. I think back to the Cup edition Porsche 968, with its classic five-spoke wheels painted in wild shades of yellow and blue (and, of course, white) to match the color of the body. In addition to the sports models that got the all-white treatment, Nissan even rolled out a few special edition Maxima sedans with the same matching paint and wheels. Today, the popularity of 80s styling may make the 35th Anniversary Corvette relevant again. Still, I suspect this 35th Anniversary car is more appealing because it has enough miles on the clock to warrant a lower price, given many of these were put away with under 20,000 miles and command very lofty prices. This car seems like a good opportunity to get into a collector-grade Corvette for reasonable money.

The white-on-white years: would you rock a special edition model with color-coordinated paint and wheels like this Corvette?