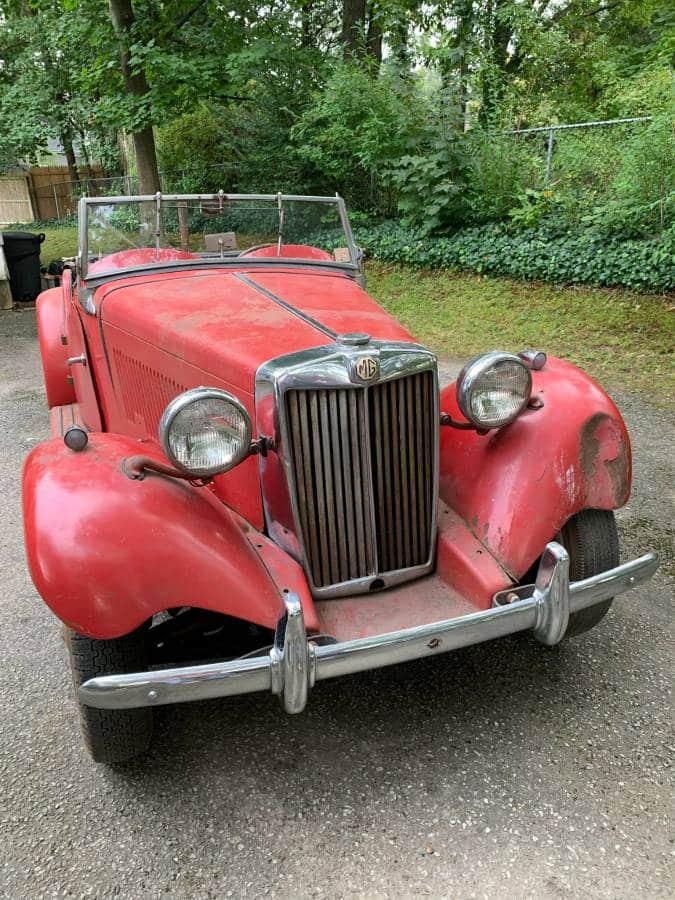 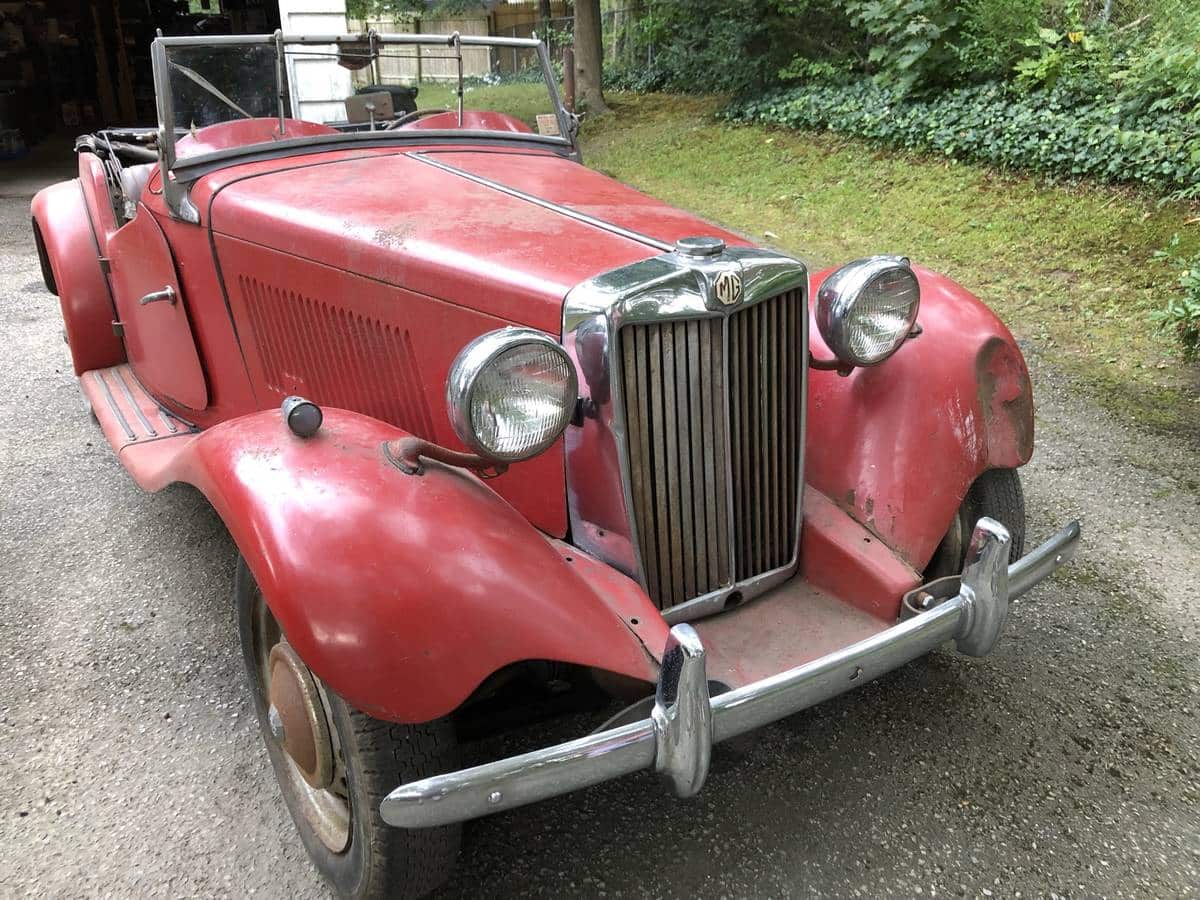 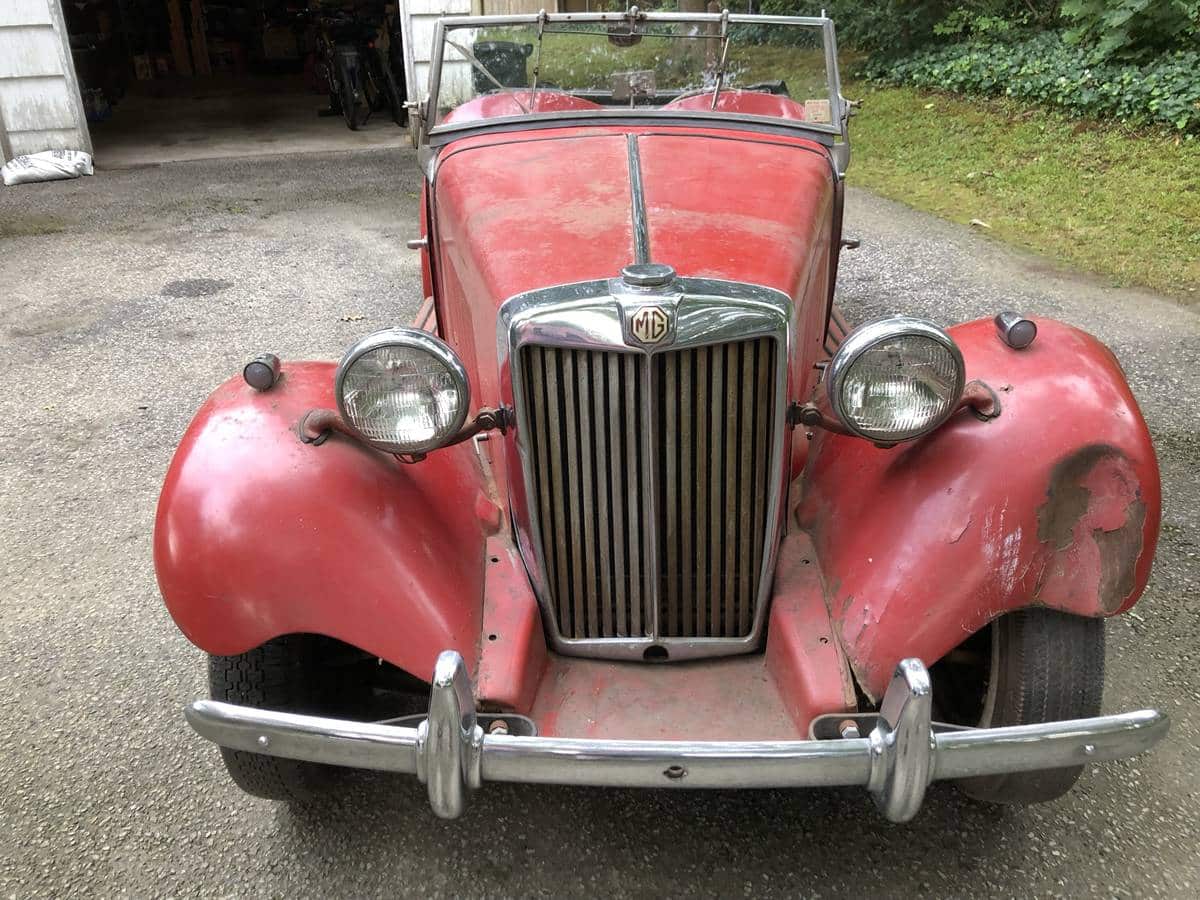 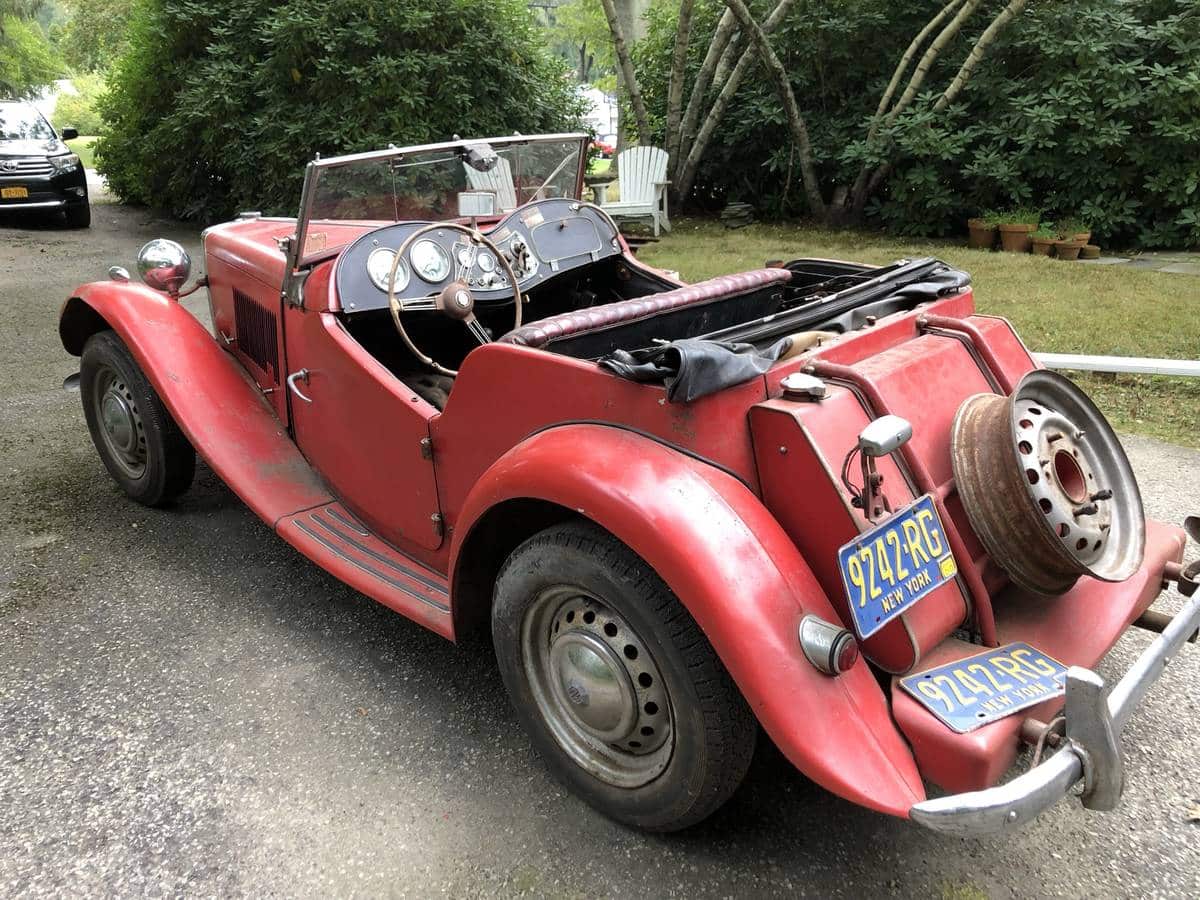 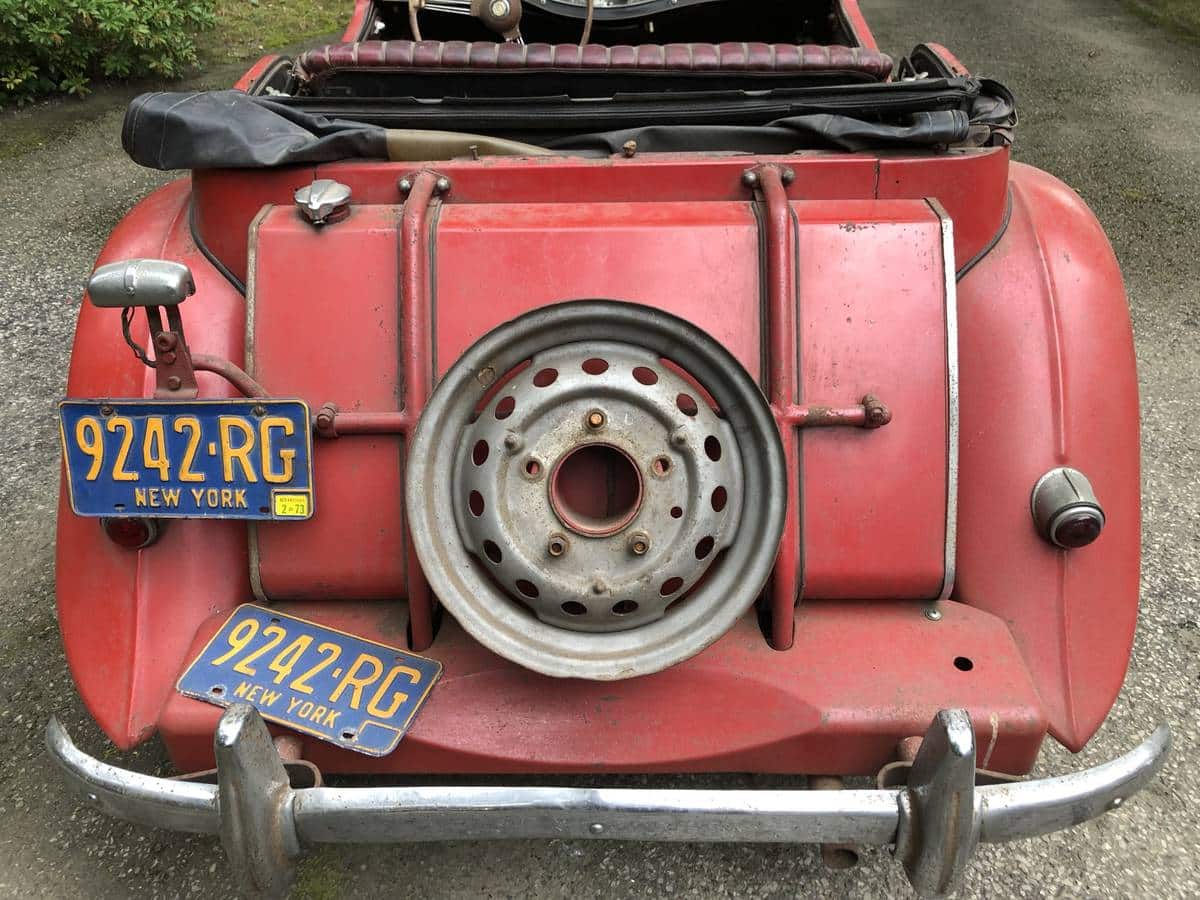 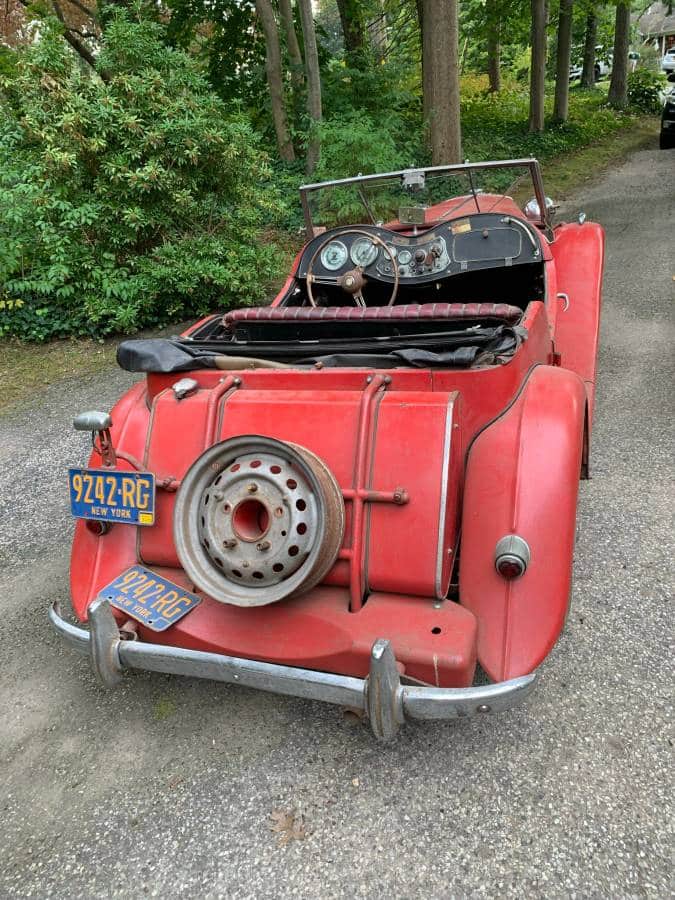 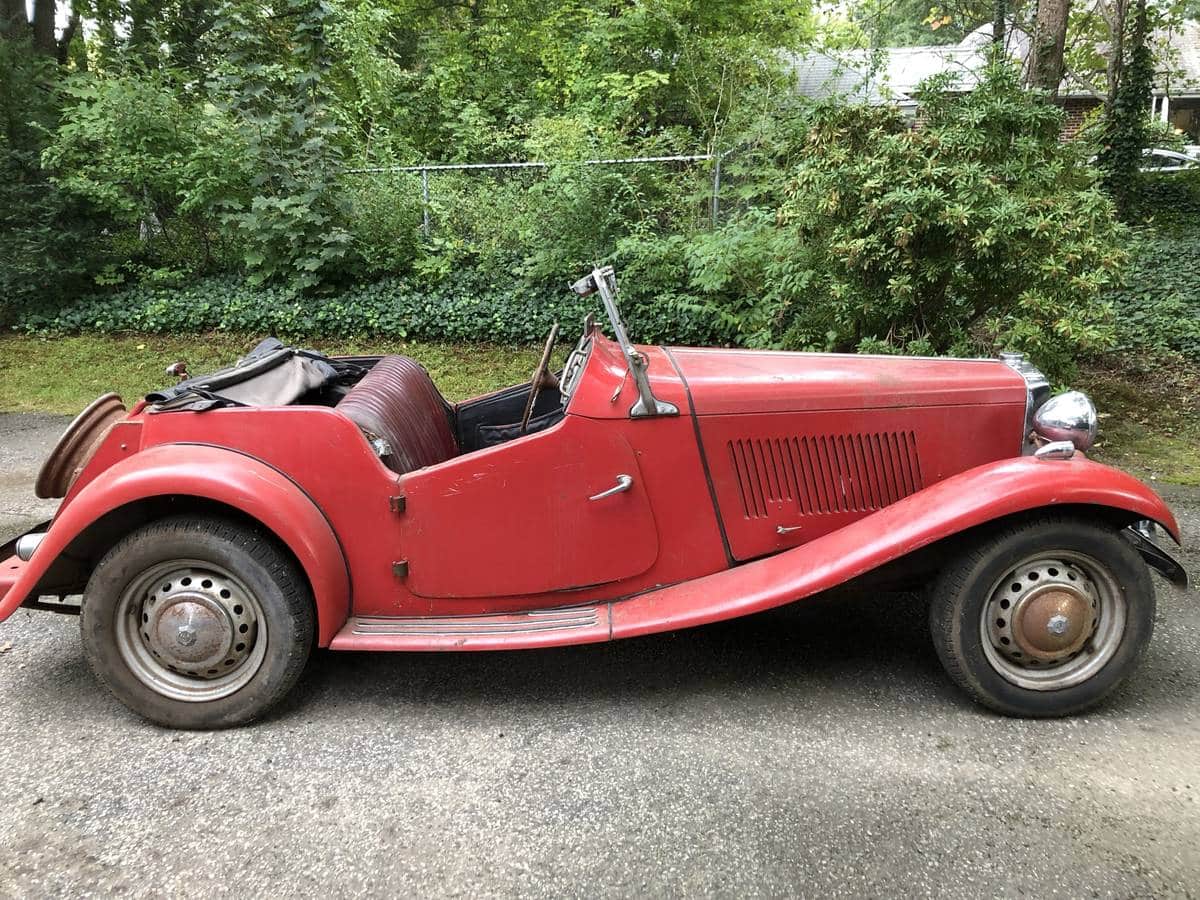 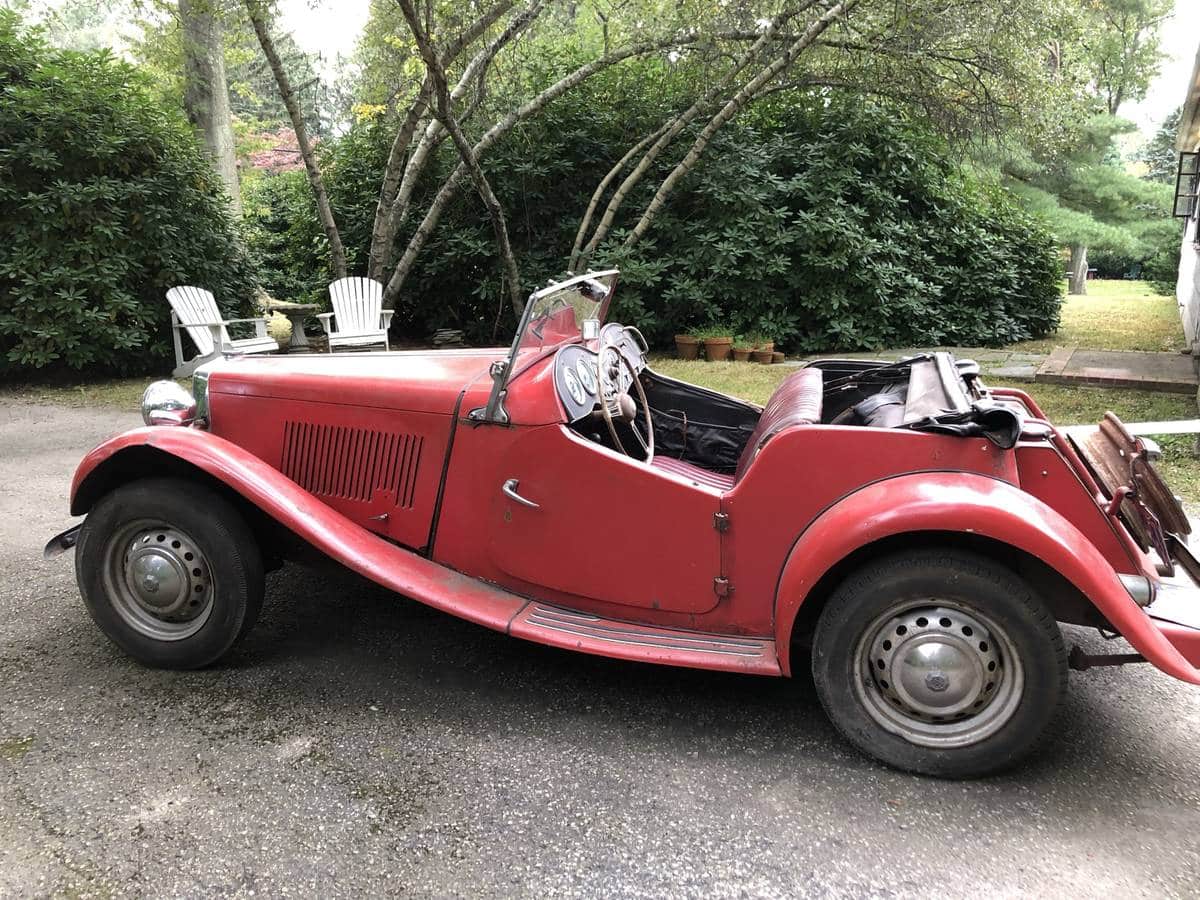 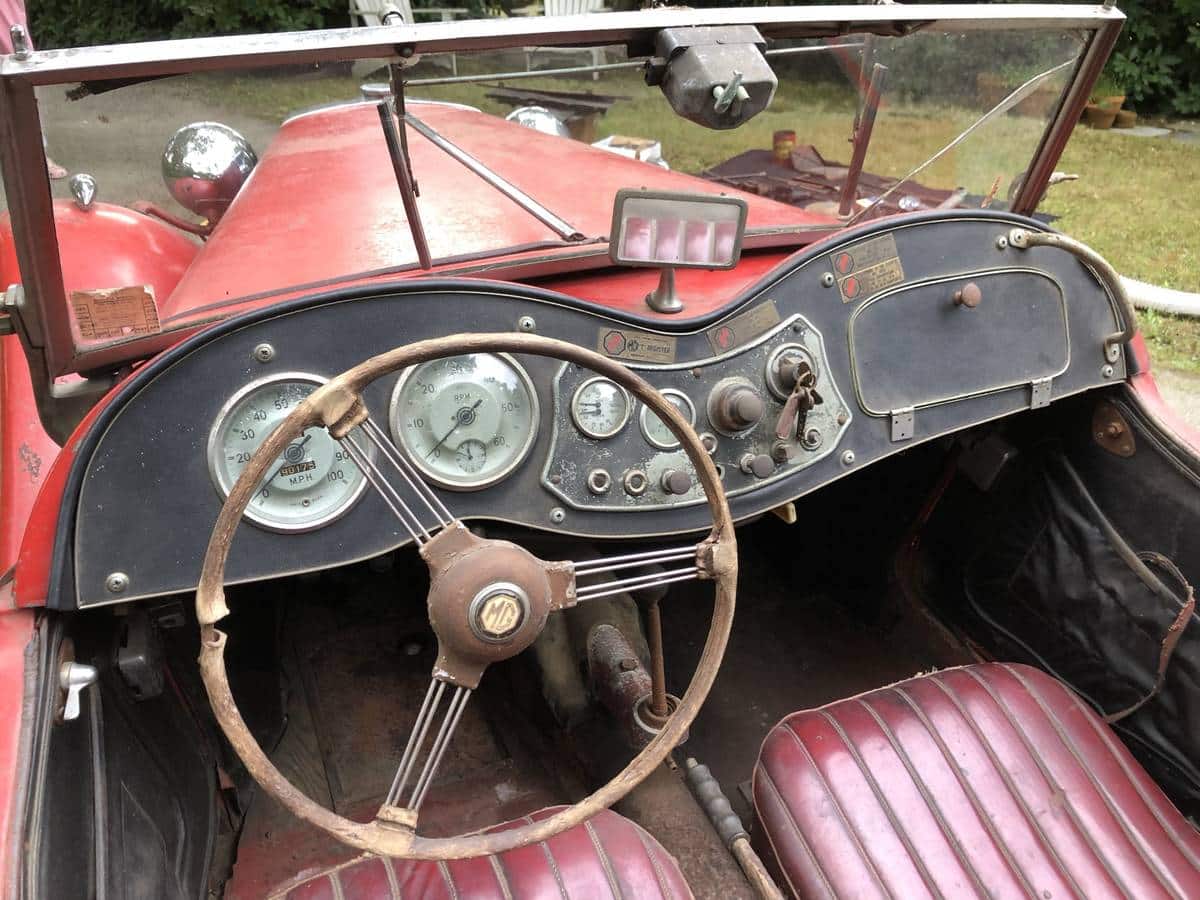 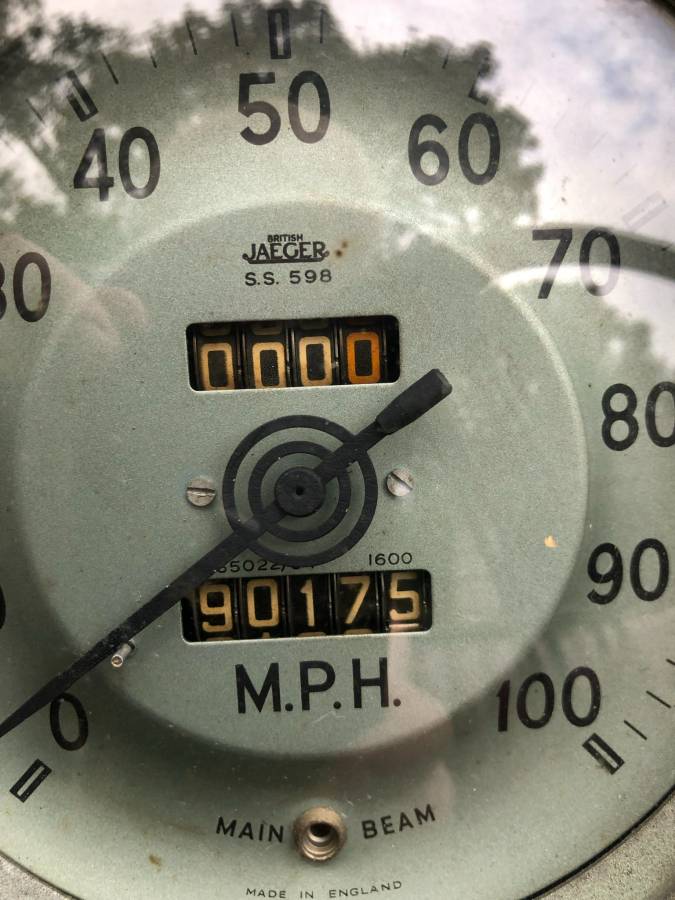 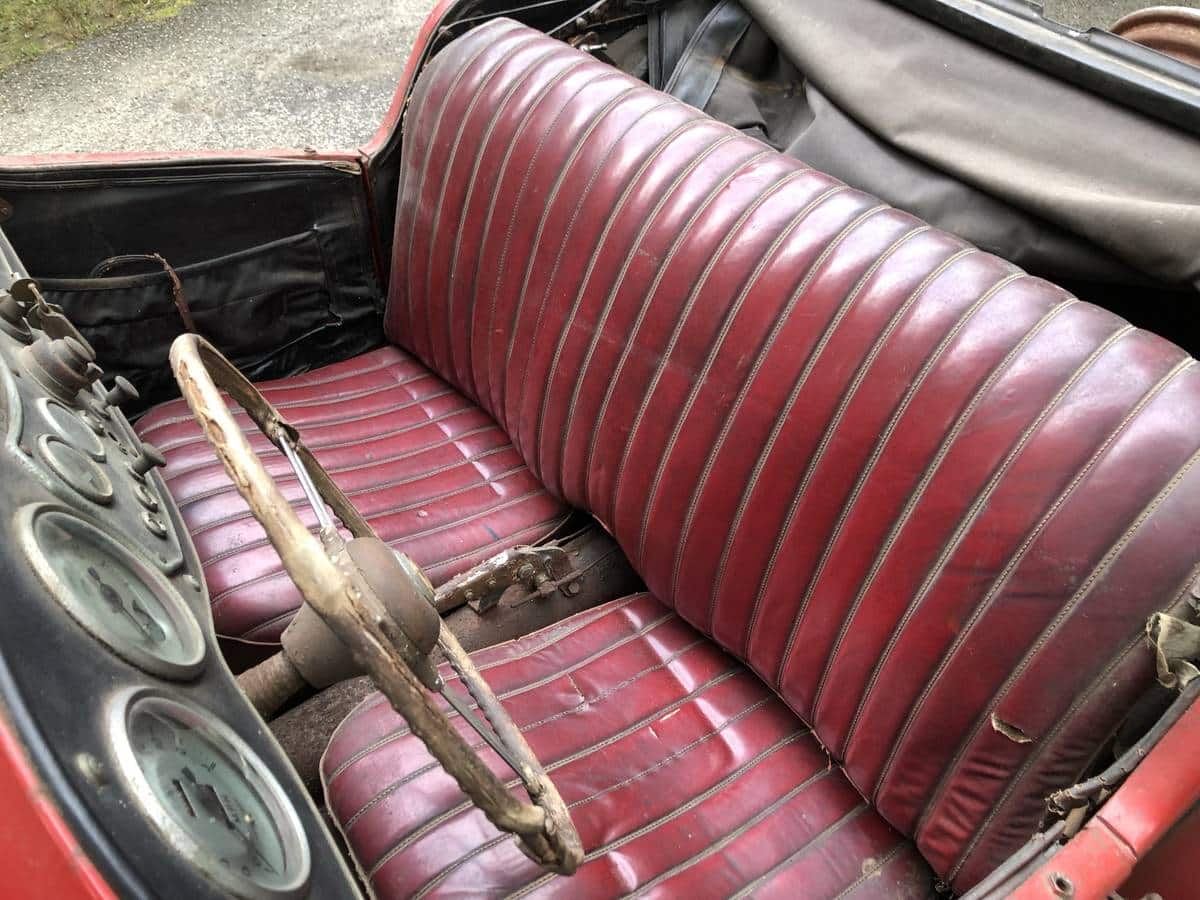 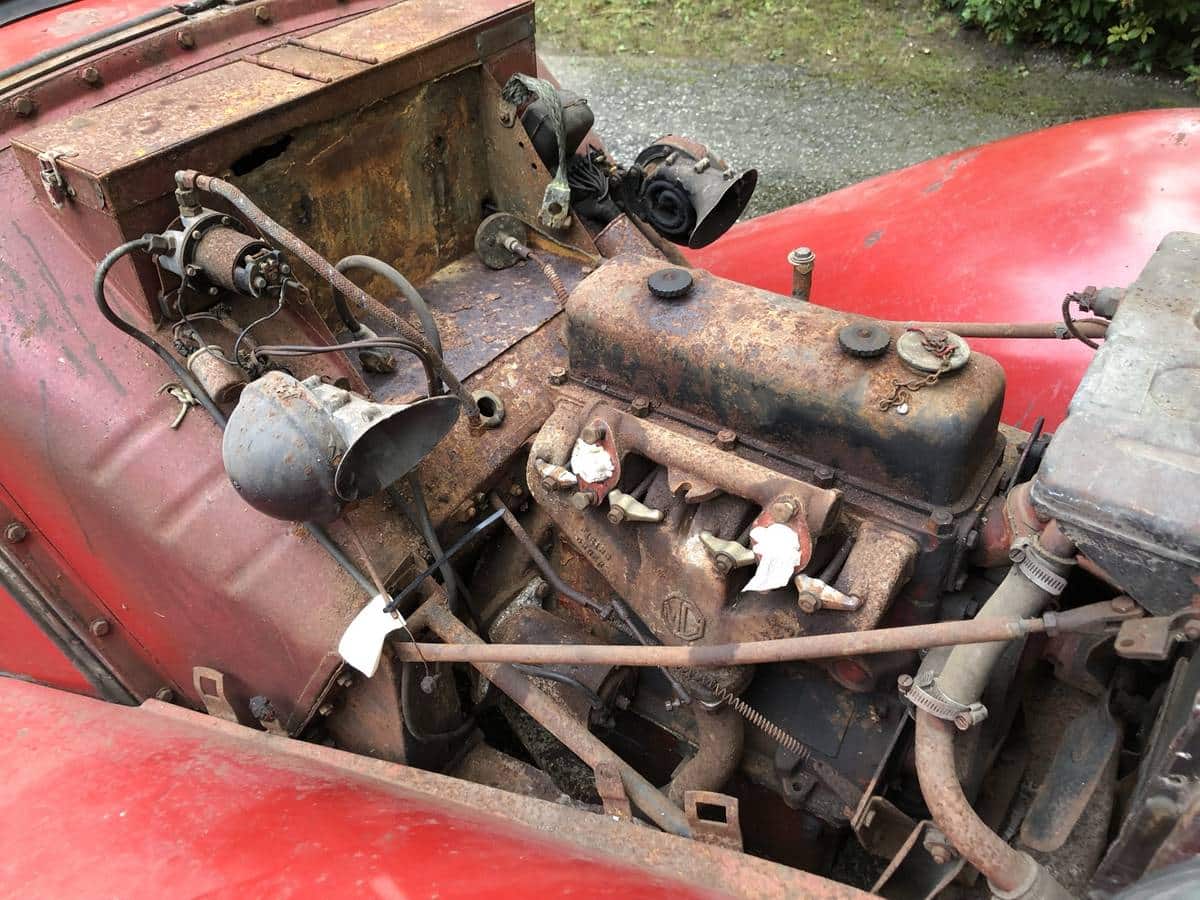 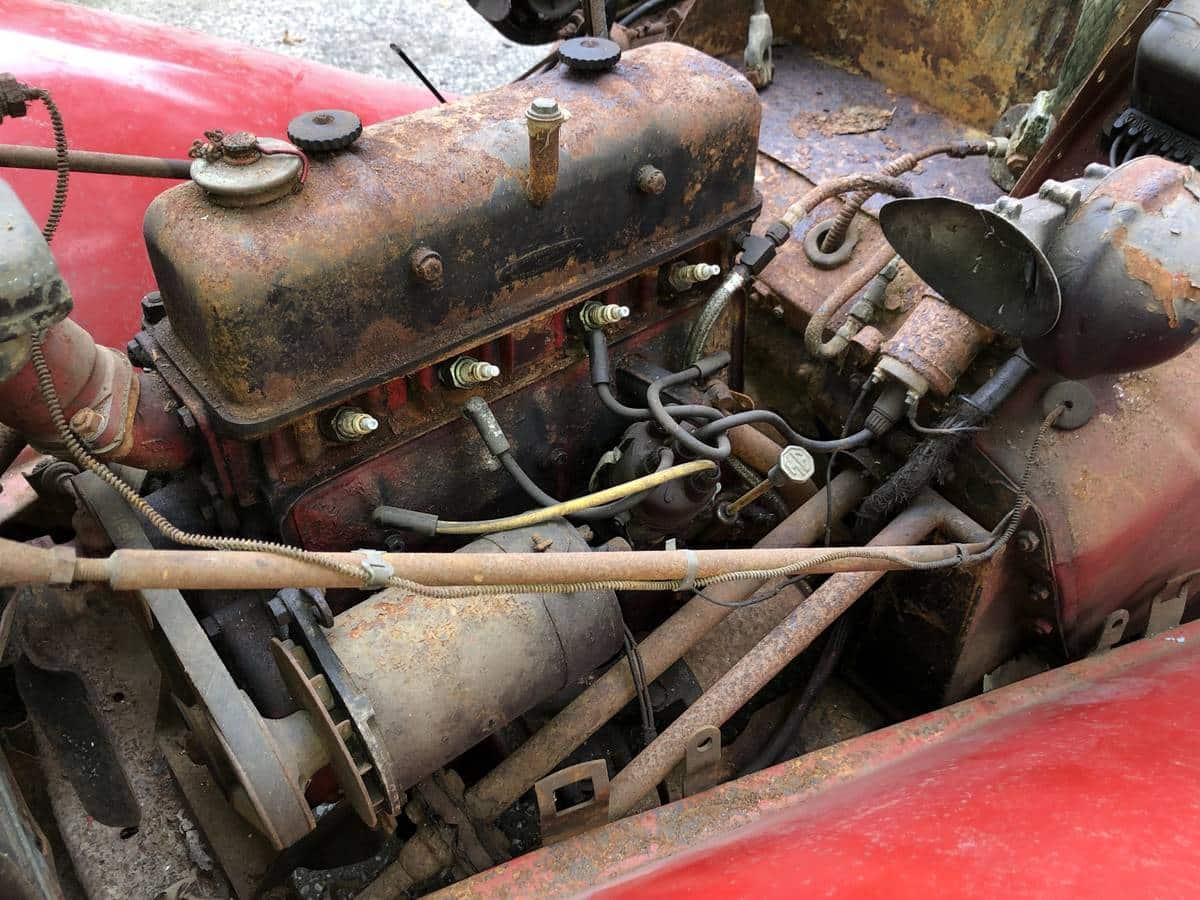 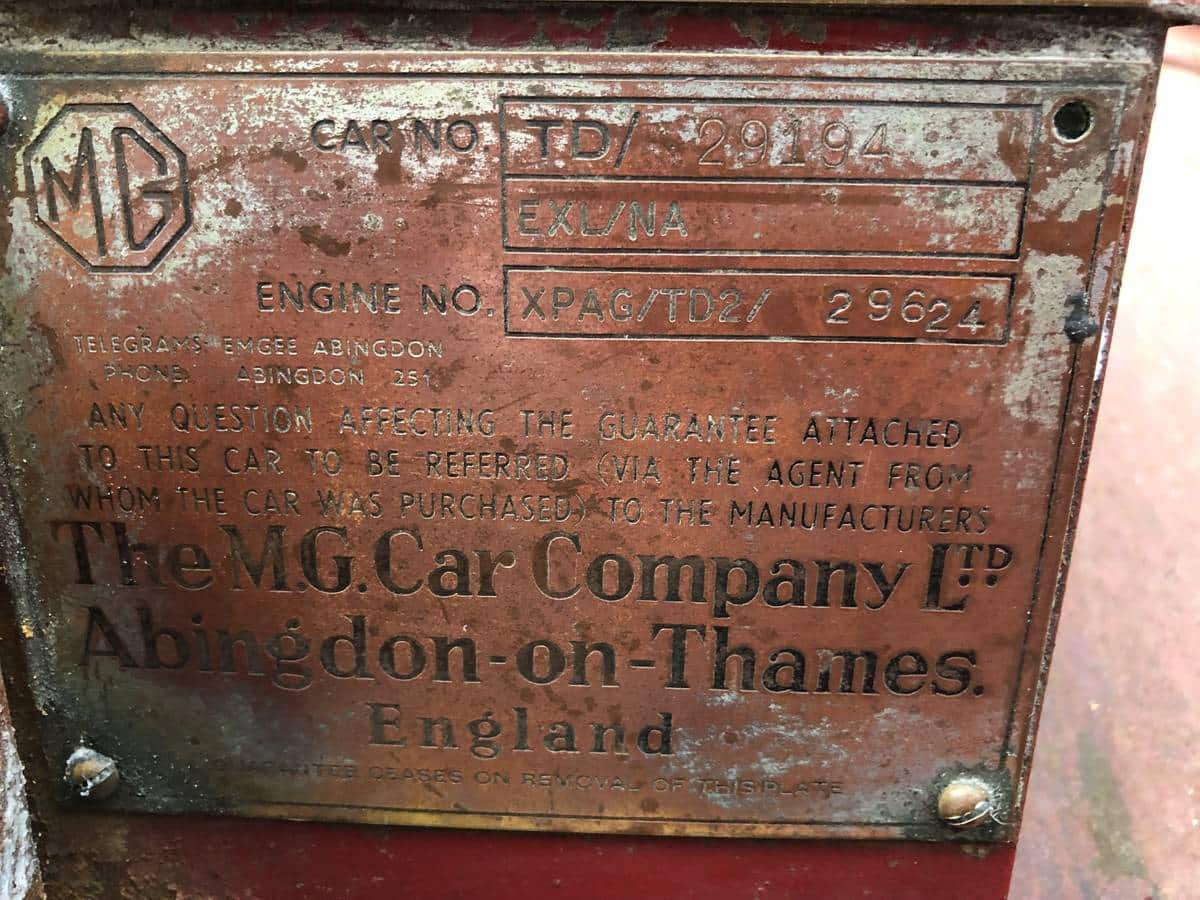 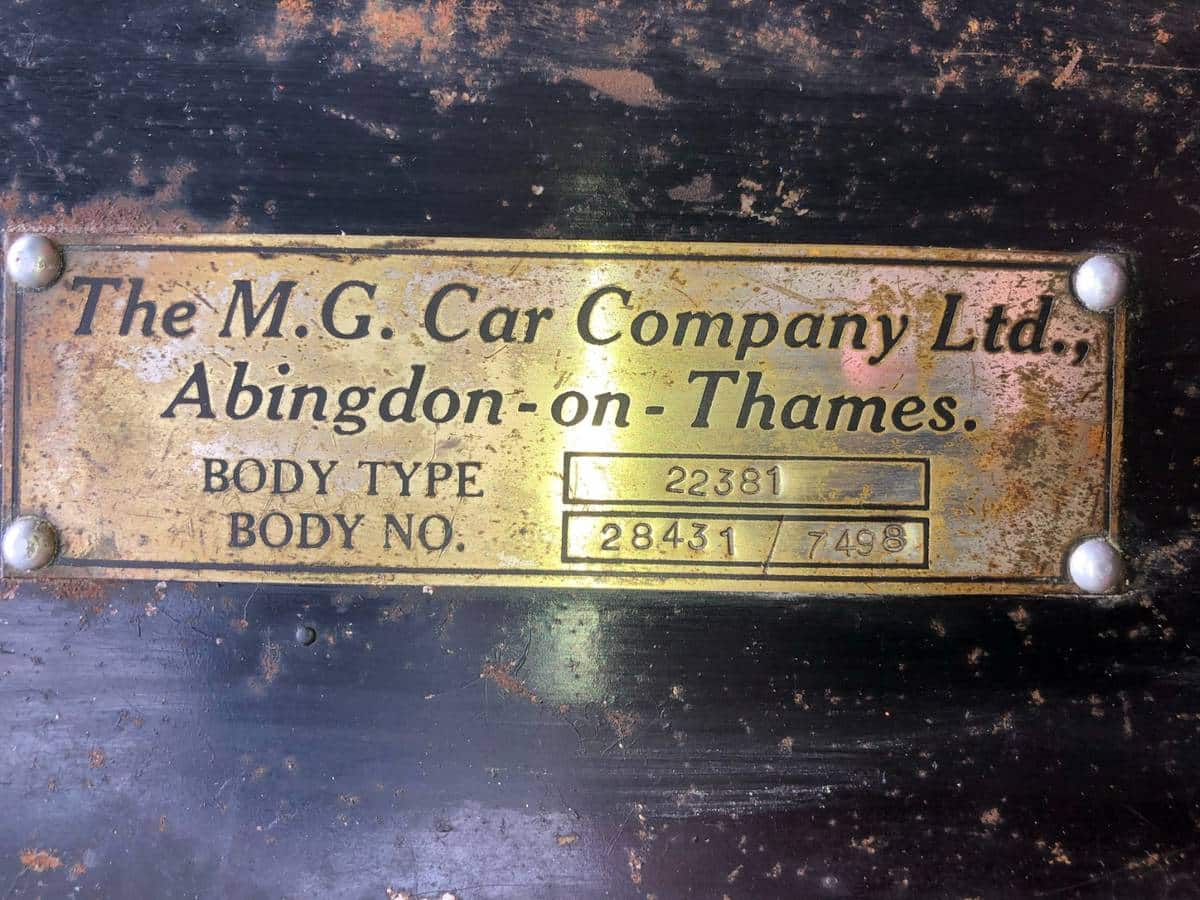 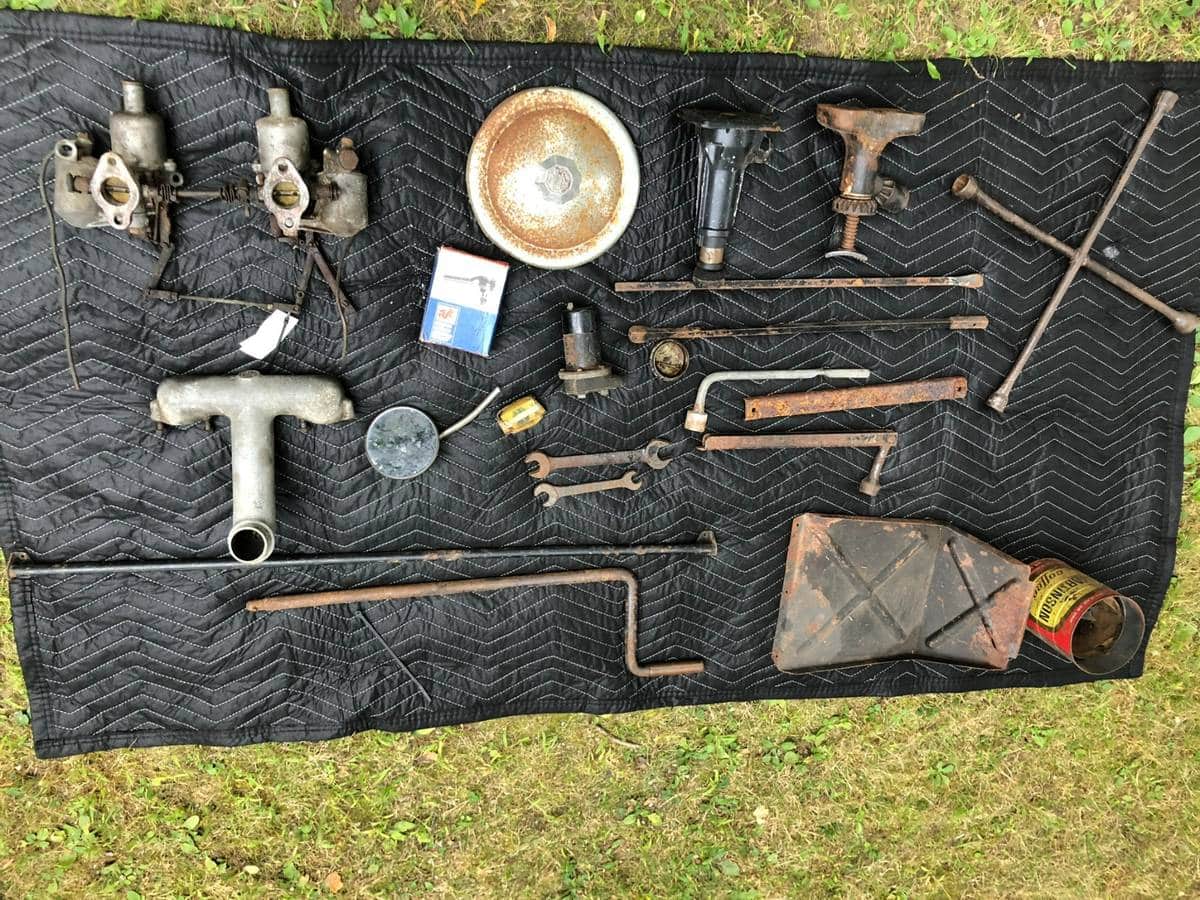 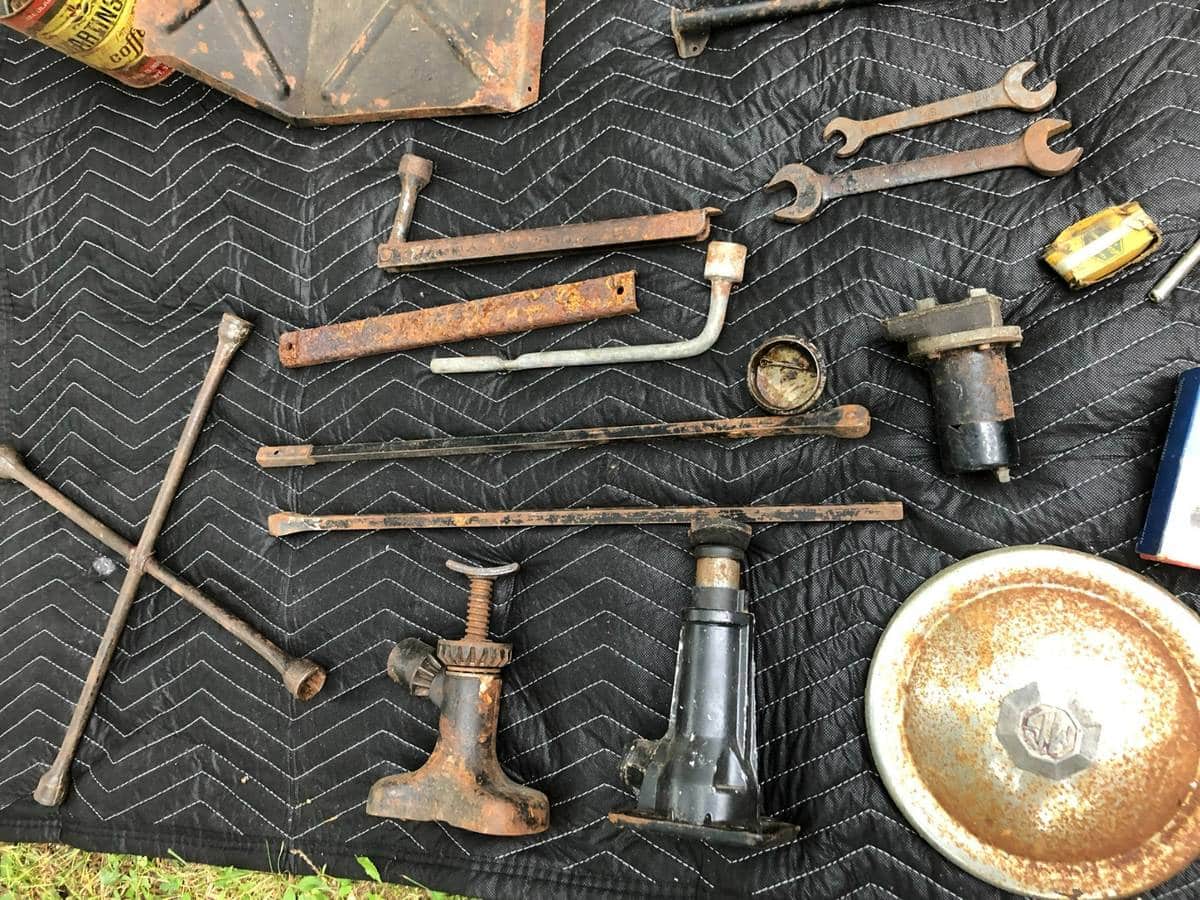 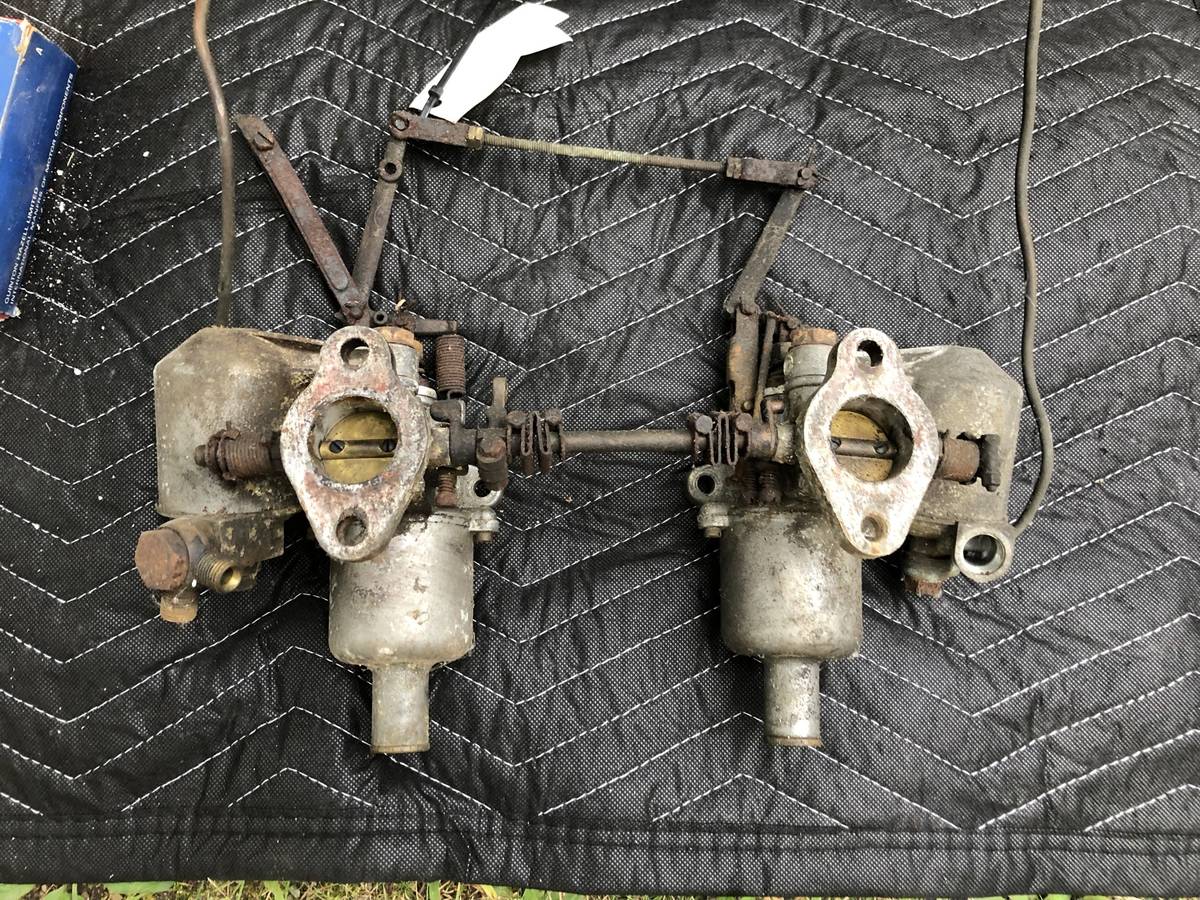 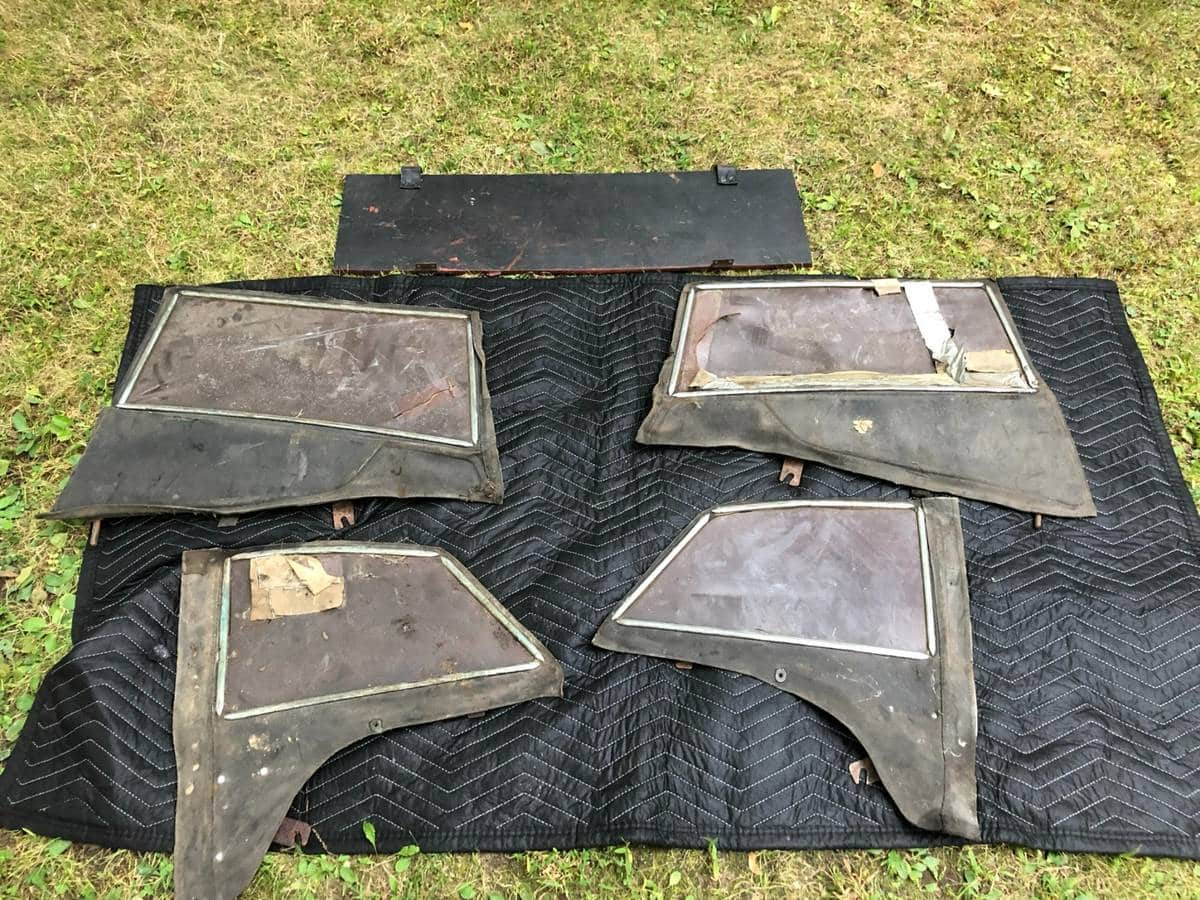 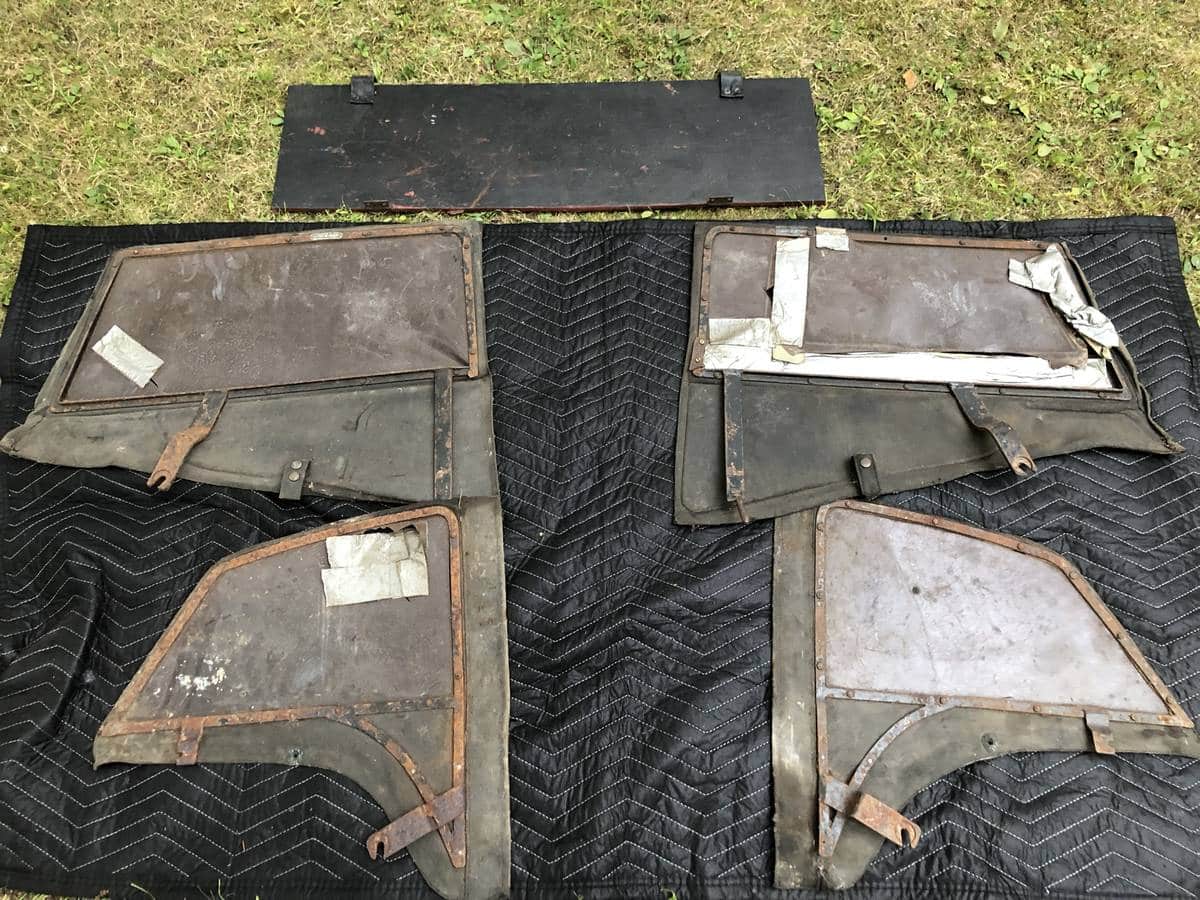 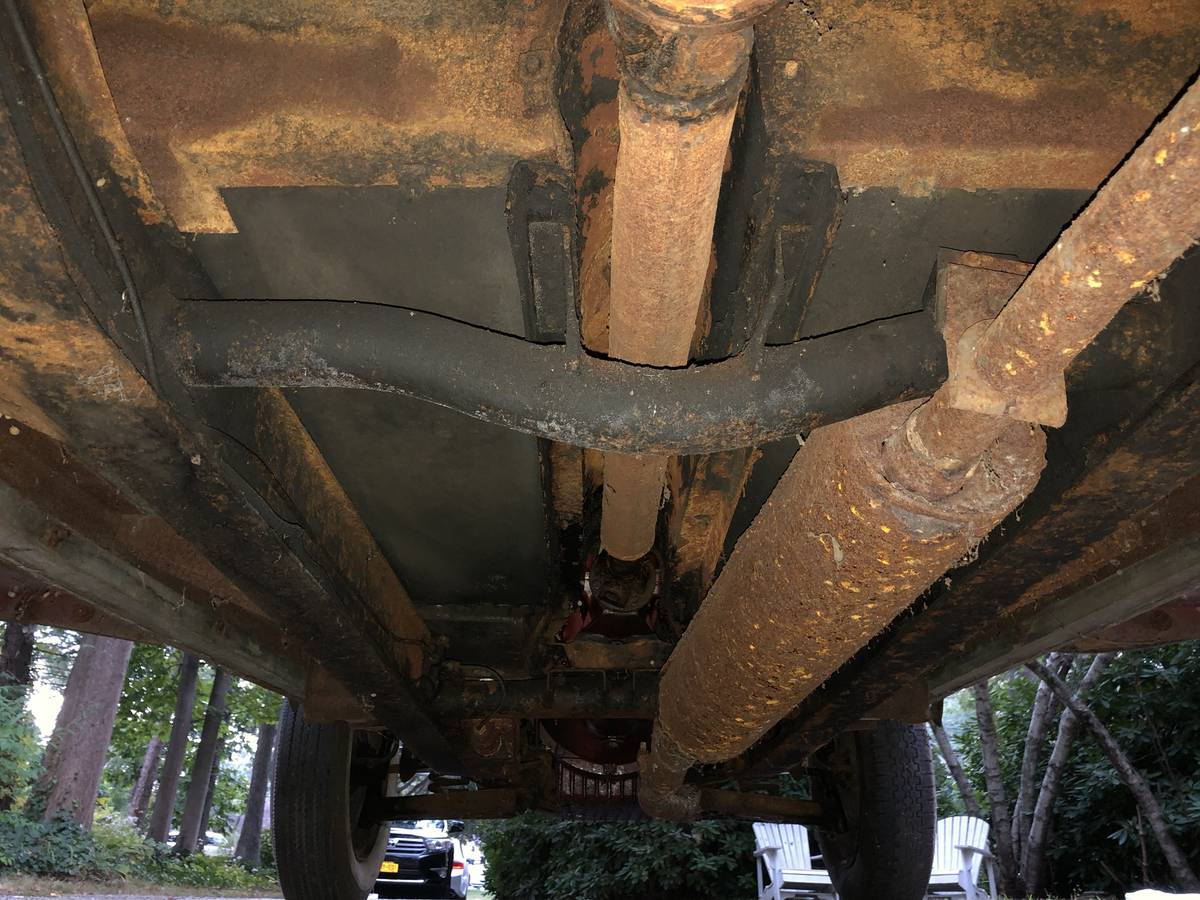 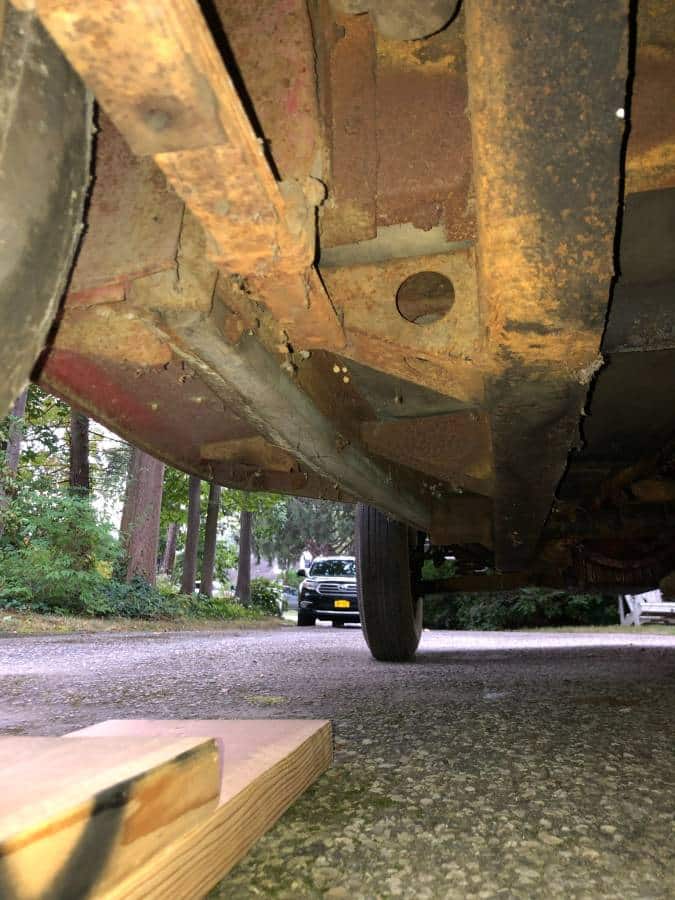 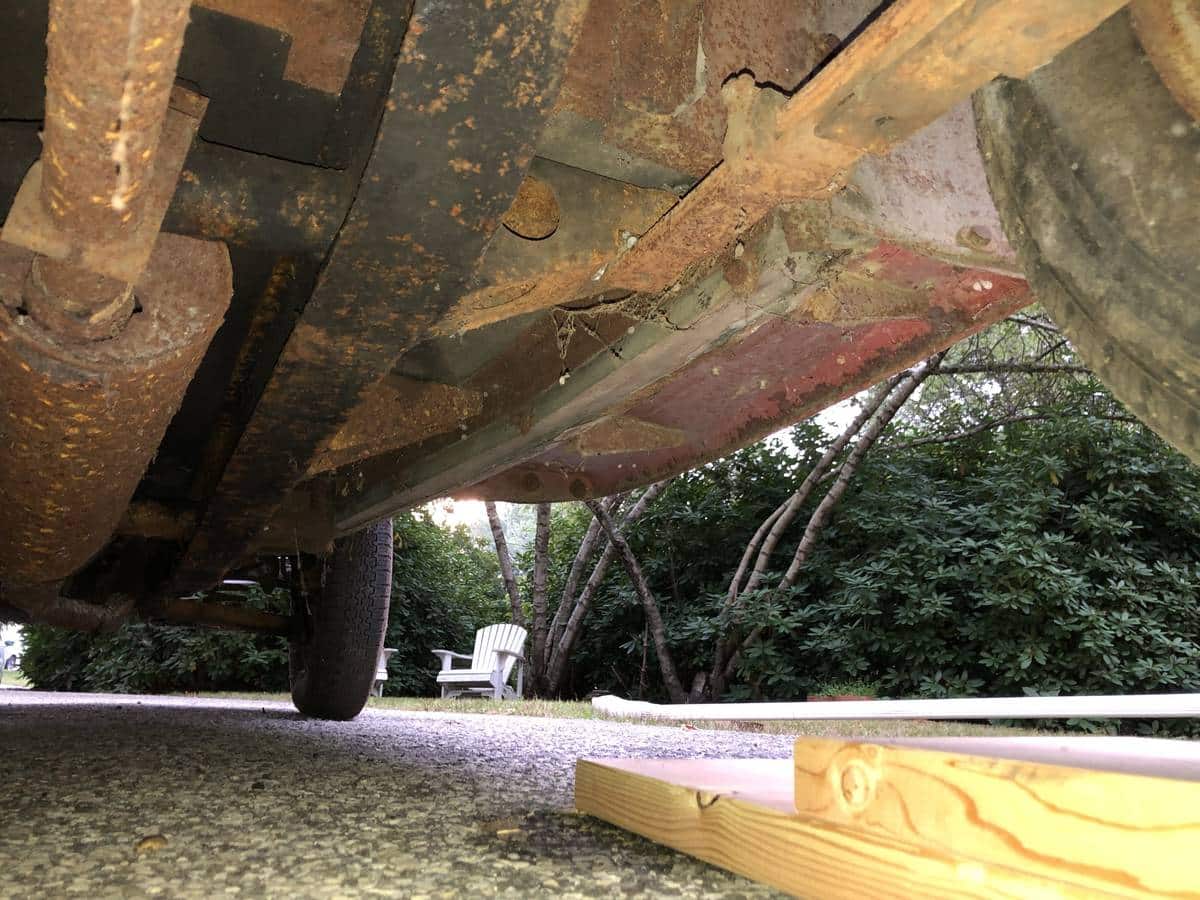 Nearly eighty years ago, many servicemen returning home after World War II longed for British sports cars they saw while fighting in Europe.  Fifty years ago, many aging WWII vets found themselves either restoring the MG they bought after returning home or purchasing the sports car they had longed for as young men.  Sadly, in many instances, the desire to restore a vintage British sports car never comes to fruition. Life’s priorities keep restoration candidates tucked away as projects collect dust in overpacked garages.

Unfortunately, that’s the fate of this 1953 MG TD currently listed here on Craigslist in Huntington, New York (Long Island). The child of the deceased owner reports their father purchased the car in the early 1970s, enjoyed it briefly, and then kept it tucked in his garage for many years with the hopes of restoring the car once he retired. That didn’t happen, and now the child is ready to move and make room in their garage for other projects.

Currently offered for $8,000, Classic.com, the analytics and search engine for the collector car market, confirms the ask is well below the one-year rolling average of this guide’s summary for MG TDs produced between 1950 and 1953.  By clicking on the green dots in the graph below, you can navigate to each comparable car sold as a way to help you evaluate the price of the TD featured here:

As a second data point, the  Collector Car Market Review Online Tool confirms the seller’s ask falls below this guide’s #4 “Fair” (Daily Driver) estimate of $10,450.  With #1 Concours quality examples only worth approximately thirty large, we would try to negotiate hard with the seller on what is an undrivable but complete restoration project.

Developed in only two weeks, Morris Garages (“MG”) the TC’s drivetrain, a modified hypoid-geared rear axle, the MG Y-type chassis, a familiar T-type style body, and the independent suspension on front axle using coil springs from the MG Y-type saloon to launch the MG TD specifically aimed at the American market. In addition to rack and pinion steering, the TD featured smaller 15-inch disc type road wheels, a left-hand drive option and standard equipment bumpers and over-riders. The car was also five inches wider with a track of 50 inches. At the time, it was seen by enthusiasts as a disappointment designed to appease American tastes.  For the driver the “all-weather protection” was good by the standards of the time.  While there was still no fuel gauge, the 14.5 gallon tank provided a range about 300 miles and a green light on the facia flashed a “warning” when the fuel level was down to its last three gallons.

MG produced nearly 30,000 TDs when the series ended in 1953, with all but 1,656 exported and 23,488 of them making it to the US.  The main complaint American owners had with the MG TD sold in the US was the British 12-volt electrical system, which was hard to service when most US cars still used six volts. Also, they had minor complaints over the lack of water temperature and fuel gauges.

The This Week With Cars YouTube Channel features this interesting video providing insights on the modifications you can do to an MG TD to make it more reliable for modern day use:

While clearly not driveable, this 1953 MG TD for sale appears to be a very solid candidate for restoration, especially considering the car is complete down to the worm side curtains and tool kit.  As long as a potential restorer goes into the project knowing that, at best, they likely break even when they try to resell the car, then it could be a rewarding project to give this MG TD the long-overdue attention it deserves.

If you are serious about buying this TD, you can start the conversation by emailing the seller.  When you connect, please remember to mention you saw their father’s MG project featured here on GuysWithRides.com. Good luck with the purchase!

“This is an all-original 1953 MGTD Chassis No.TD29194 with a build date of 8/7/1953. My late Father acquired this car in early 1971 and drove it till 1973. The New England MG “T” register claims my father joined the club in late ’71 because his new membership was mentioned in the February 1972 issue of “The Sacred Octagon.” My last inspection and (annual) registration today is from 1973. I acquired a registration document in my name in 2015. This car has been stored in an unheated garage since 1973 and remains waiting for love. Over the course of my childhood, I remember dad polishing the chrome, vacuuming the interior, and wiping things down. The last time the vehicle ‘ran’ on a bottle of gas was in the 90’s. The engine turns over with ease and rolls and steers straight and the tires hold air. I gave all the accessible wood the ‘knock’ test and it appears in good order. I’ve removed the rear brake shoes because they were stuck. I removed the Carb’s in 2015 with the idea of getting them rebuilt but that never happened. I’d be happy to answer questions and run out to the garage to check on something. The brass-colored tag these cars have on the engine block, appears to be missing. This car was never modified to my knowledge but it does not run and has been stored for a long time. It requires a complete mechanical overhaul of all systems and some body work up front. In addition, the battery box has some rust. The exhaust components have a lot of rust underneath. The substantial frame appears to only have surface rust. According to my father, someone backed into it in a parking lot which caused the damage to the front fender. The car comes with the accessories and tools in the photos in addition to a box of documents and books, including:
2 MGB workshop manuals (not sure why he had these).
4 Abingdon Spares catalogs 71-76 (excellent)
25 repair receipts from 71-73
45 Sacred Octagon magazines from the 70’s in mint condition.
The care is pretty complete but I didn’t find the air filter housing.
Dad put it away and said he’d fix it up. but family life and work got in the way. It became his retirement project, however, he passed away shortly after retiring. I’m selling it because I need the garage space as a staging area for home renovations. and my own toys. Carry the torch and give this old girl a new lease on life. Please ask questions and I’ll do by best to answer them however please note, I’m not an expert on these cars.

This car was never modified, to my knowledge.
The care does not run and has been stored for a long time. It requires a complete mechanical overhaul.
There is rust in the battery compartment and the exhaust components have rust underneath.
There are approximately 25 service records from 1971-1973. The handwriting is terrible, but it appears to be mostly regular maintenance
This vehicle must be transported by the buyer (or at the buyer’s arrangements) via flatbed.
CASH ONLY

If you’ve read this far and you decide to reply, You’ll need to prove to me you are a legitimate buyer and not a scammer on the other side of the world. Scam-sounding emails will be deleted with no reply.”

Restore or daily drive: How far would you go to get this 1953 MG TD for sale back to being road ready?  Please comment below and let us know!