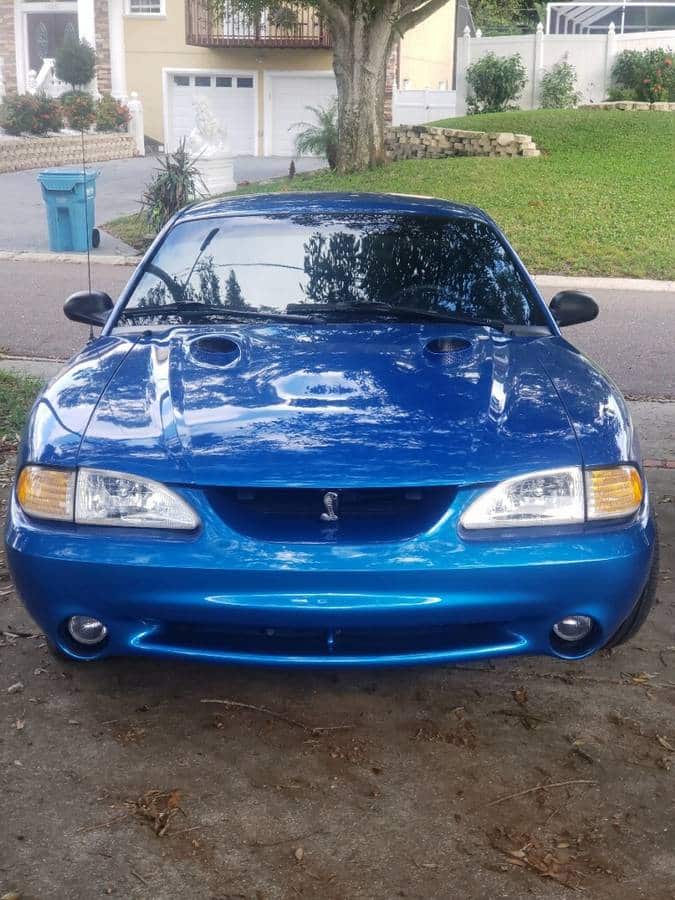 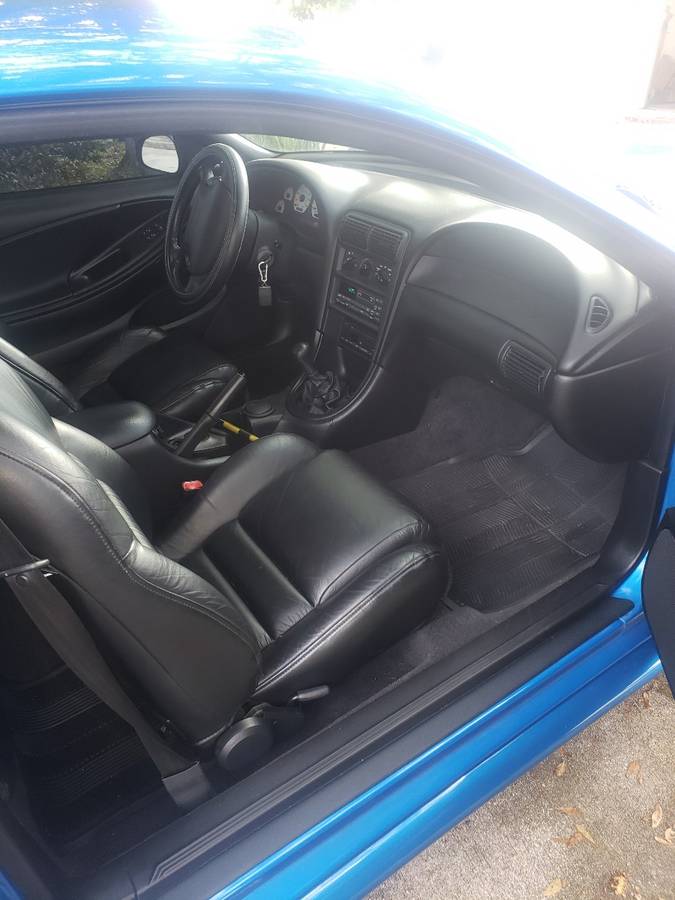 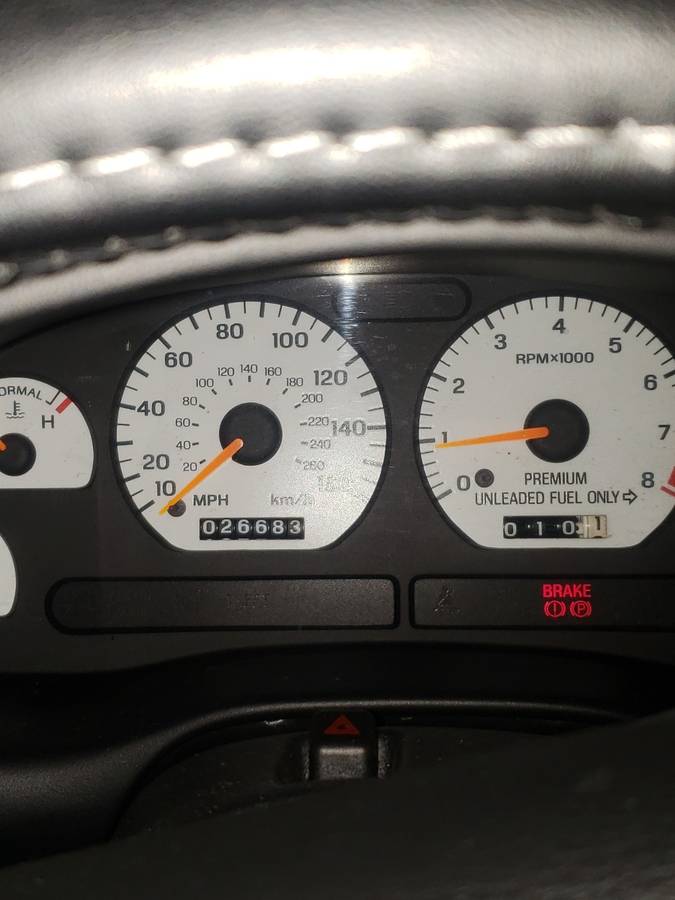 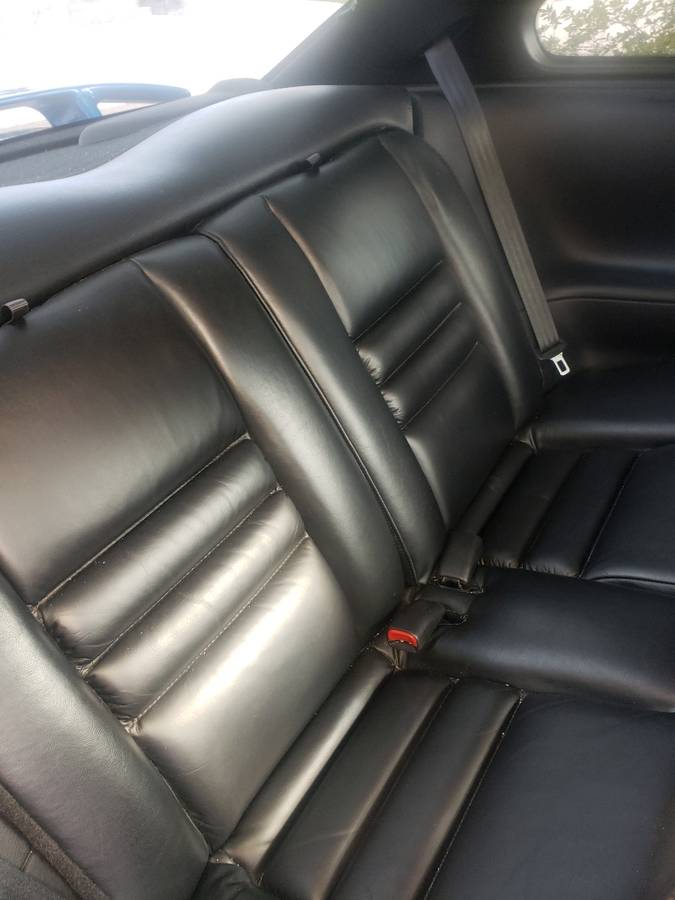 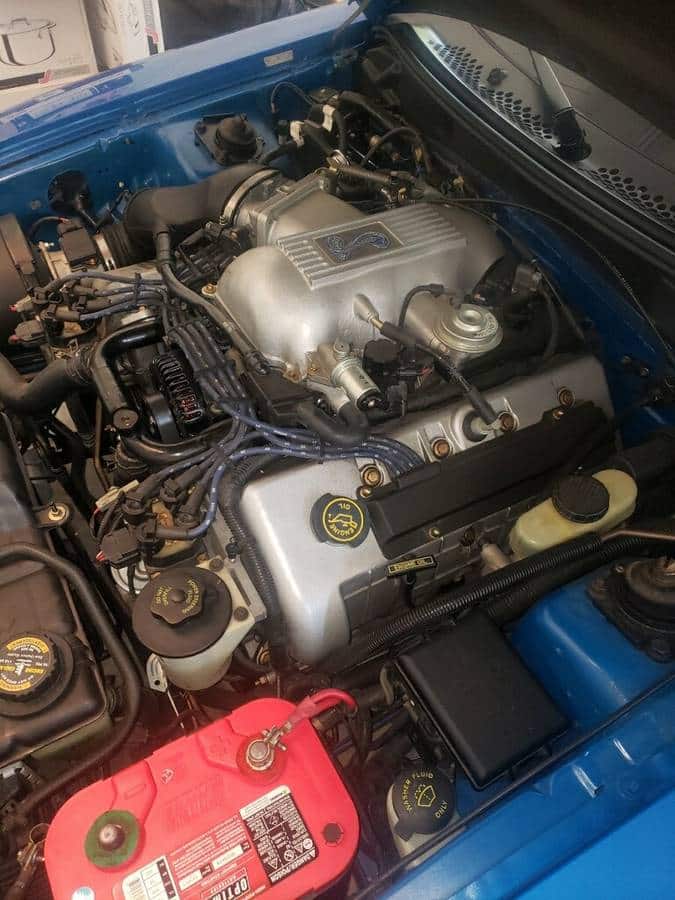 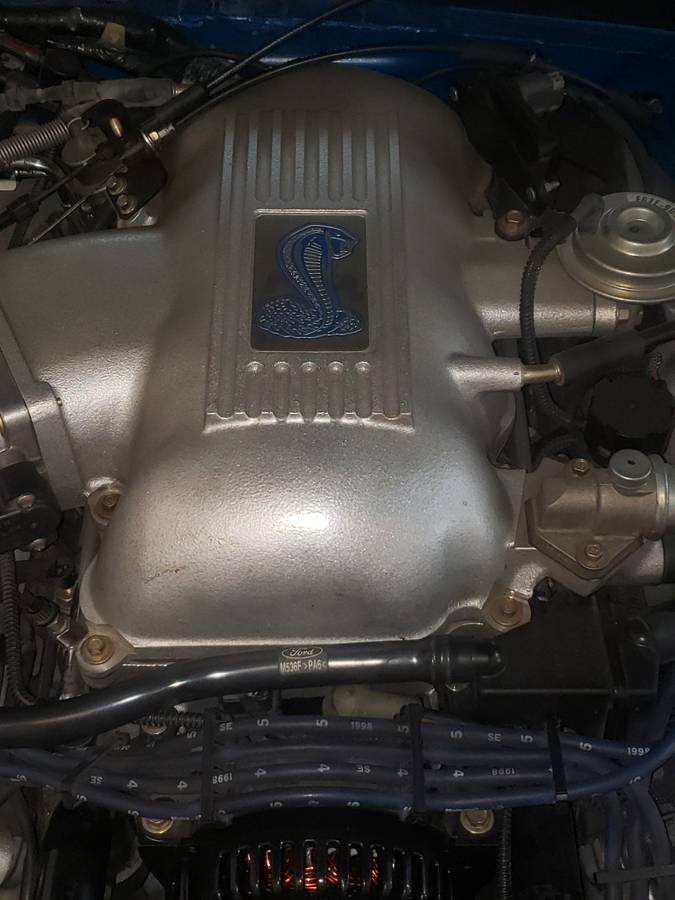 January 8, 2023 Update – The seller lowered the asking price by another six large from $33,900 to $27,900. That’s a decrease of then thousand dollars since the seller first placed the listing nearly one month ago.

December 13, 2022 Update – The seller replaced their expired original listing with a fresh Craigslist ad.  While the pictures remain the same, the seller decided to lower their asking price slightly to $33,900.  Additionally, they rewrote their description, clarifying that the same engine supplier for Ferrari built the engine block; the original description made it seem like Ferrari built the engine for Ford – something that will likely never happen.

December 12, 2022 Update – The seller reduced their asking price from their original $37,900 to $34,900. Perhaps they are quickly learning the obscure Ferrari engine reference is not fooling anyone.

We consider the SN95 Ford Mustang GT and Cobra models to be many things. Among them are the following: cheap muscle car; bargain basement hot rods; future collectible; underappreciated 90s icon. We didn’t mention a connection to Ferrari, specifically, the claim that the SVT-built engine was constructed in the same place where the iconic Italian brand builds its drivetrains. The seller comes right out and says in this listing for this 1998 Ford Mustang Cobra listed here on Craigslist in Clearwater, Florida, for $37,900 that his car comes with the so-called “Ferrari block.” Here at Guys With Rides, we were left scratching our heads, wondering if the SN95 had a famous connection to Maranello that we had never previously heard of. Digging deeper reveals that the seller is technically not lying, but this is a pretty bold claim when you consider what reality actually is. Comparing the seller’s asking price against the Classic.com model guide shows that he may be letting the Ferrari connection go to his head, as the current average sale price is around $20,105:

If you are serious about buying this Mustang Cobra, you can start the conversation by calling or texting Robert at (727) 546-5451.  When you connect, please remember to mention you saw his Mustang featured here on GuysWithRides.com.

Let’s put the Ferrari block claims aside for a minute and focus on the car itself. As we alluded to earlier, the SN95 Cobra has been a bit of a sleeper in the marketplace since new. While there was always some chatter about the SVT model not being all that different performance-wise from the standard GT (and the road test editors of the day did prove this to be true), the SVT connection is more than just performance under the hood. Ford’s engineers also revised the suspension and built the engine to withstand more abuse. While you can’t measure those qualities on a spreadsheet, knowing you own a muscle car that has been re-engineered in a variety of ways that go beyond just straight-line speed is a definite “nice to have,” not to mention the obvious appeal of owning a numbered, limited-production factory performance model. The cars built in-house within an internal division are always more collectible than those modified outside the factory.

Let’s unpack the Ferrari connection claims. According to the factory literature, the Cobra block was cast in Carmagnola, Italy by the Italian company Teksid, which was also responsible for casting aluminum components for Ferrari’s road and Formula One cars. If you use the loosest of translations, it’s still hard to call the block in the Cobra a “Ferrari block,” as that would indicate, for example, that Ford had an agreement to use the block out of the F355 for use in the Cobra. This isn’t what happened, so hopefully, the seller is not factoring this proximity to Ferrari into his asking price (it is an excellent anecdote for Trivial Pursuit, however.) The good news is the Cobra can otherwise stand on its own, thanks to a rare and beautiful color known as Atlantic Blue and very low miles of just 26,000. The black leather interior is in excellent condition. With no apparent modifications to flag, this is a low-mileage, bone-stock Cobra hardtop with one of the better and rarer color schemes offered – which is worth the money regardless of where the block was assembled.

The forgotten Ferrari: what do you think about the seller’s claims that this SN95 Cobra has a Ferrari block under the hood?