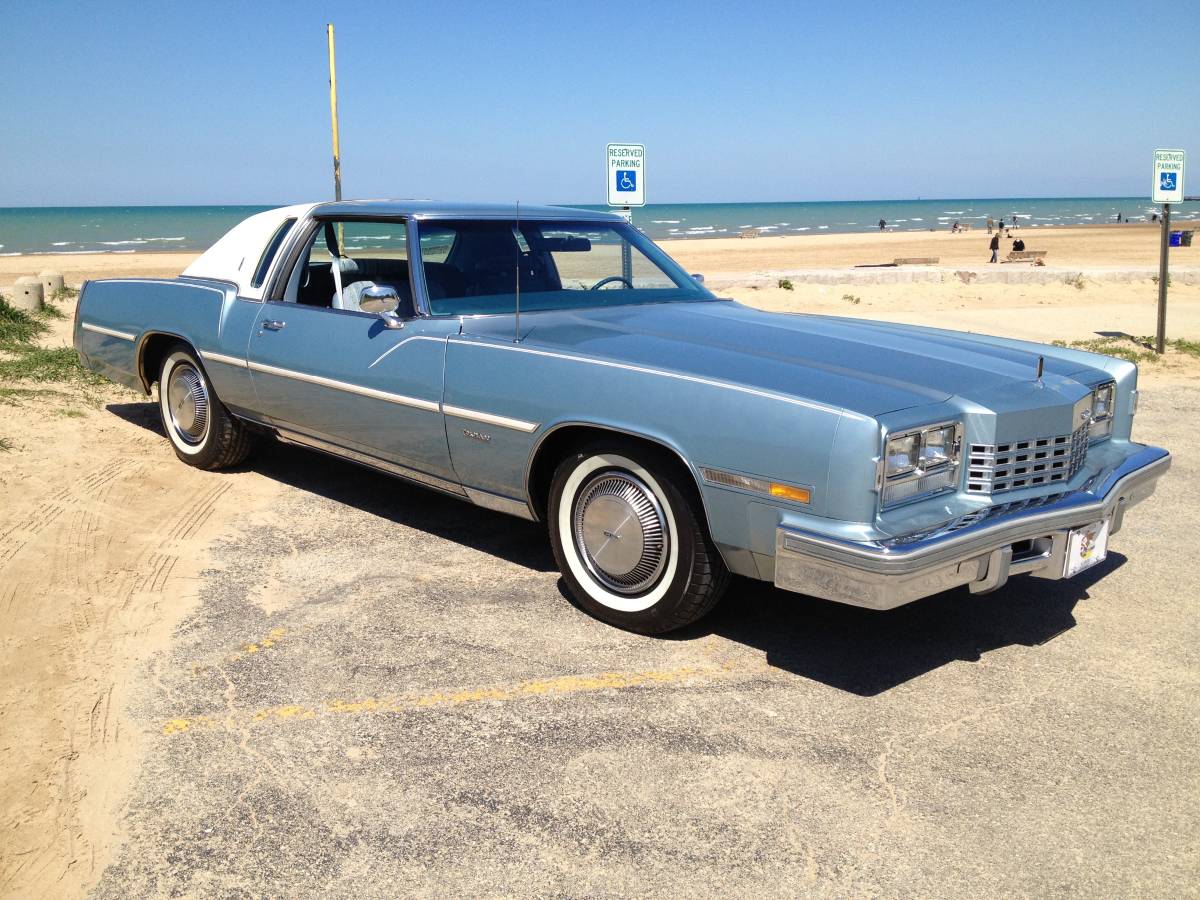 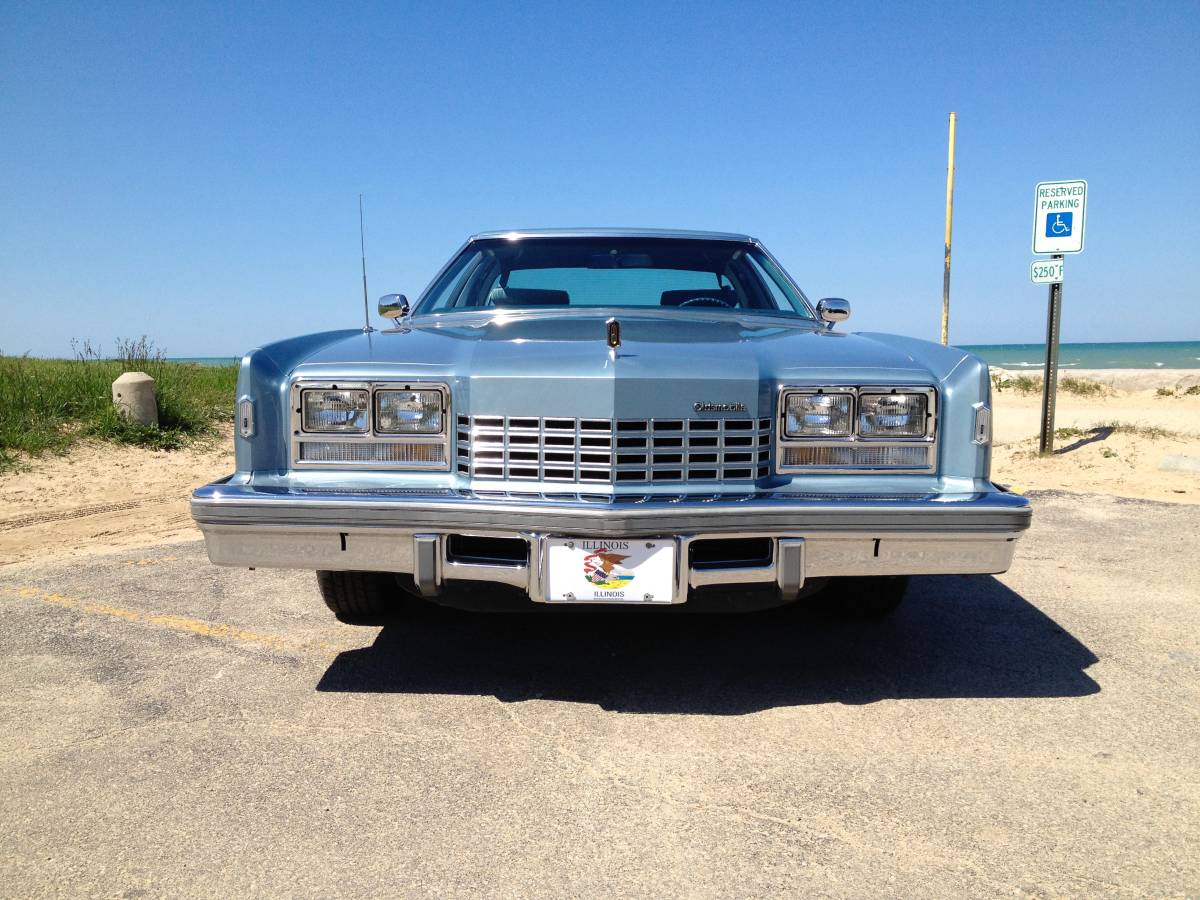 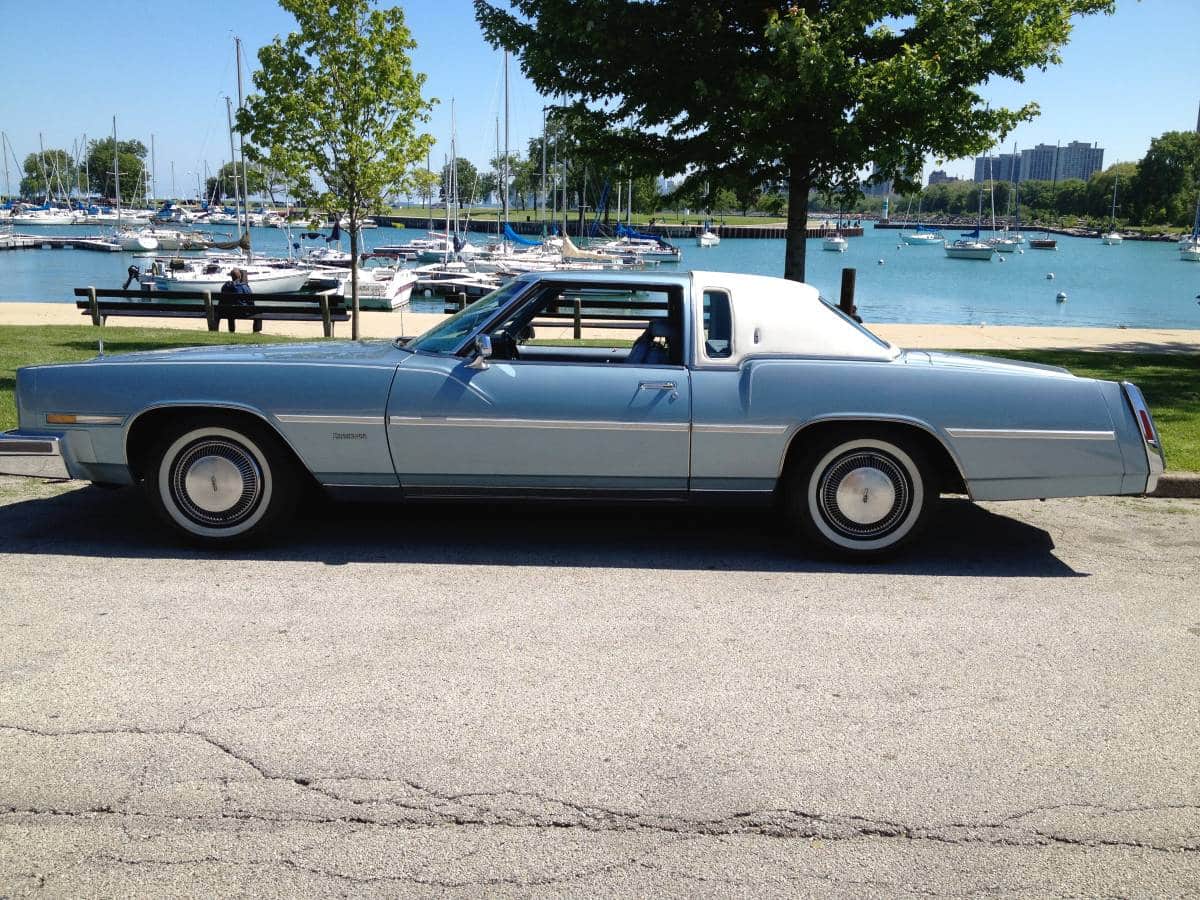 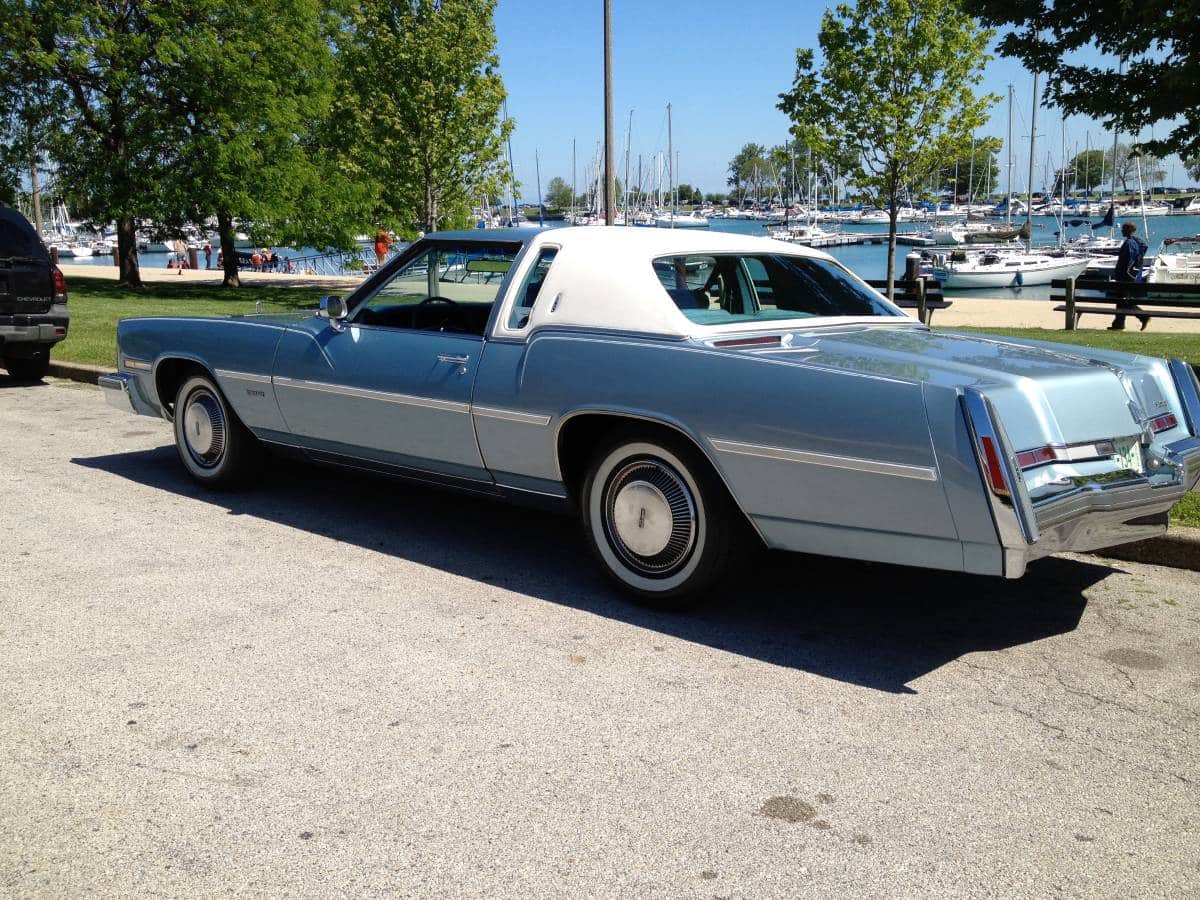 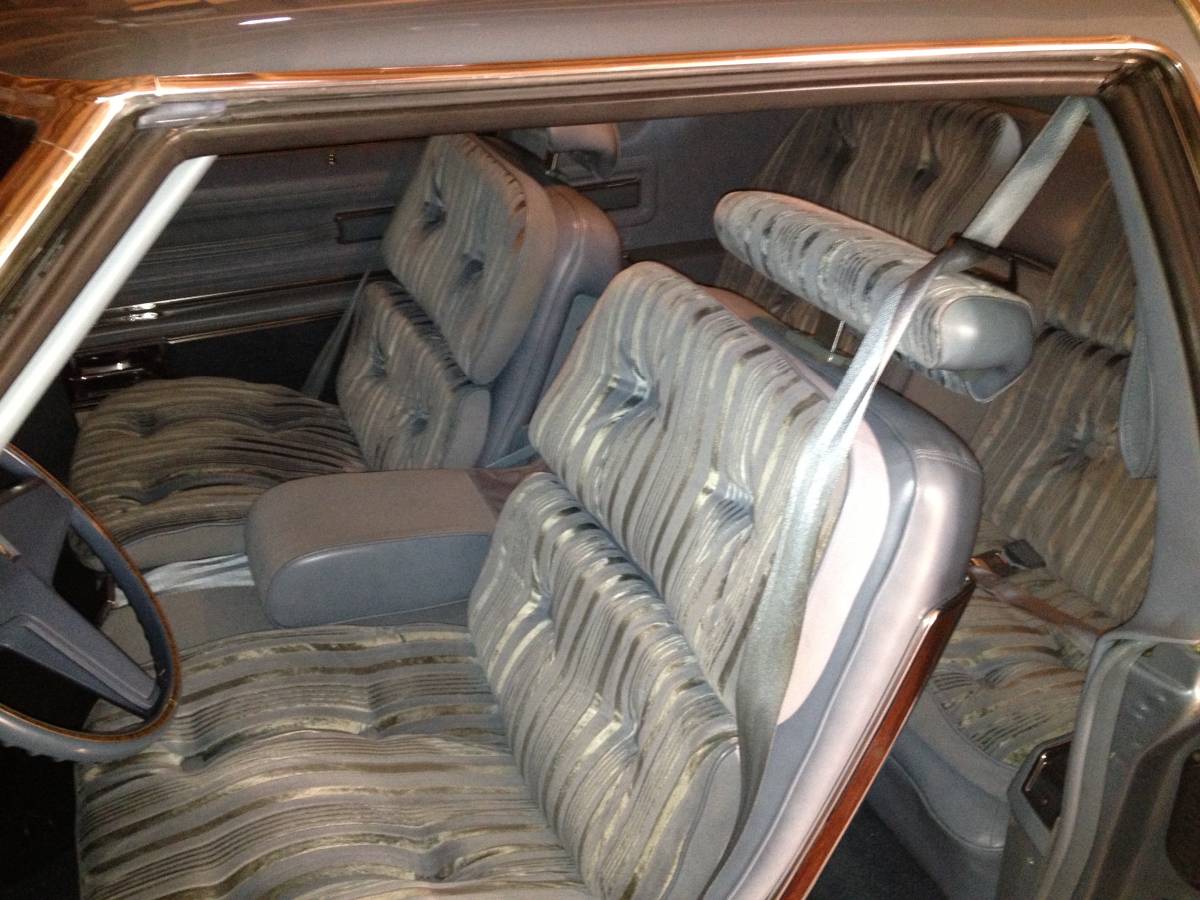 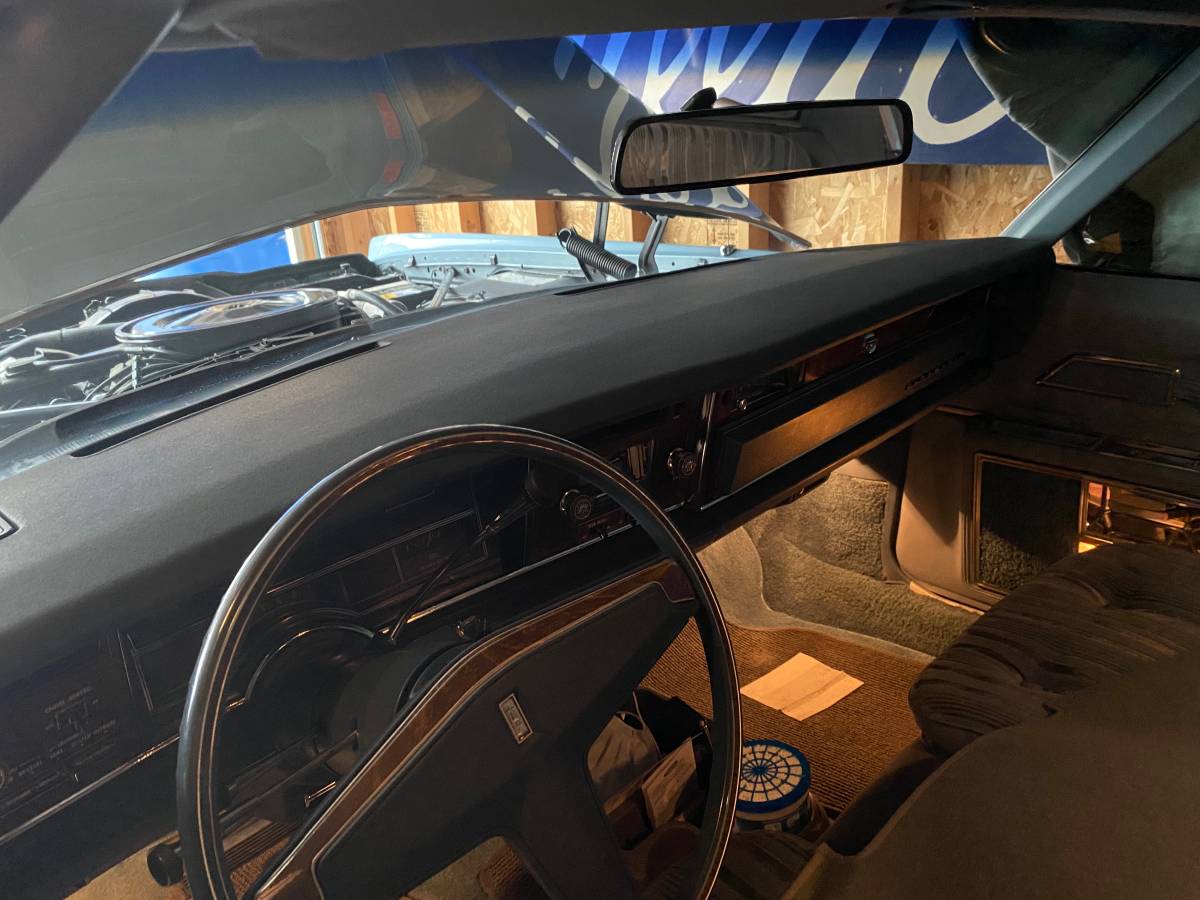 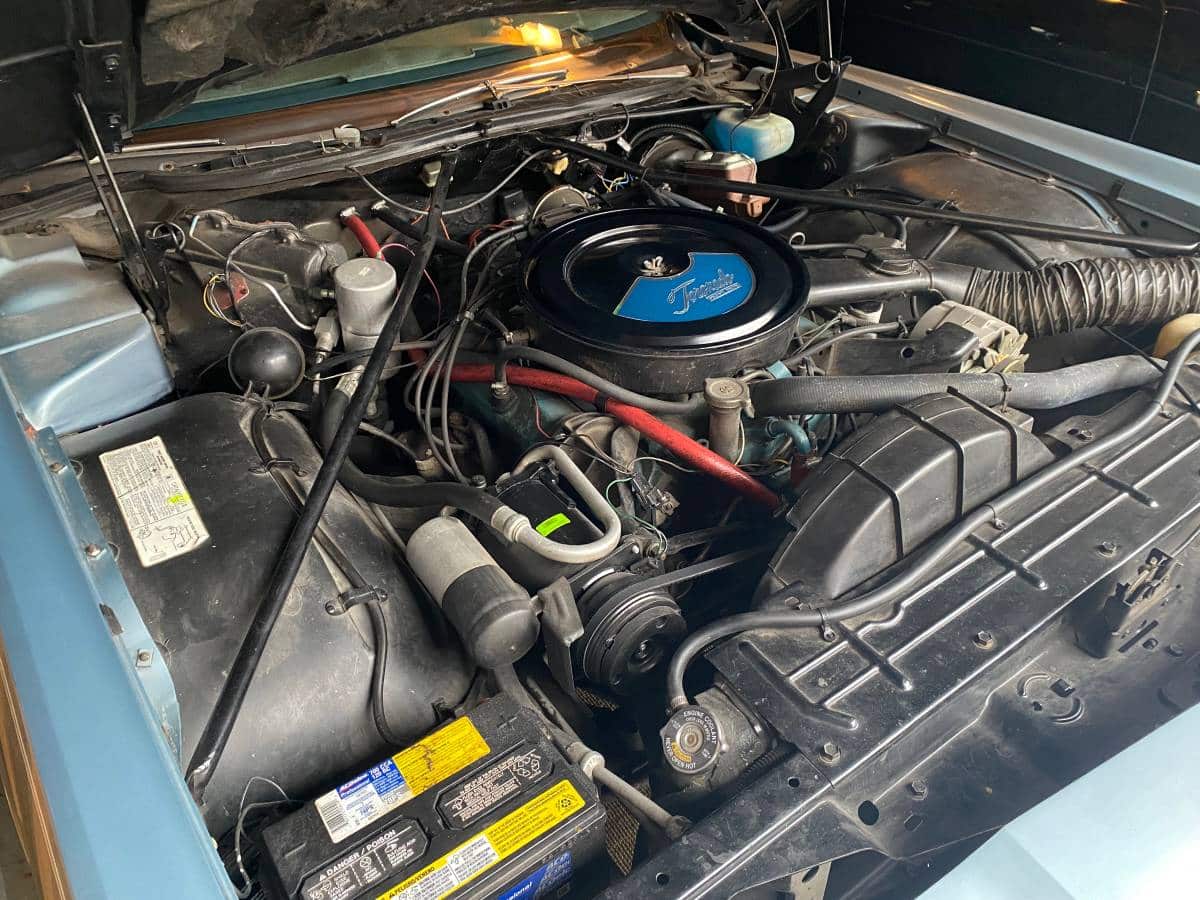 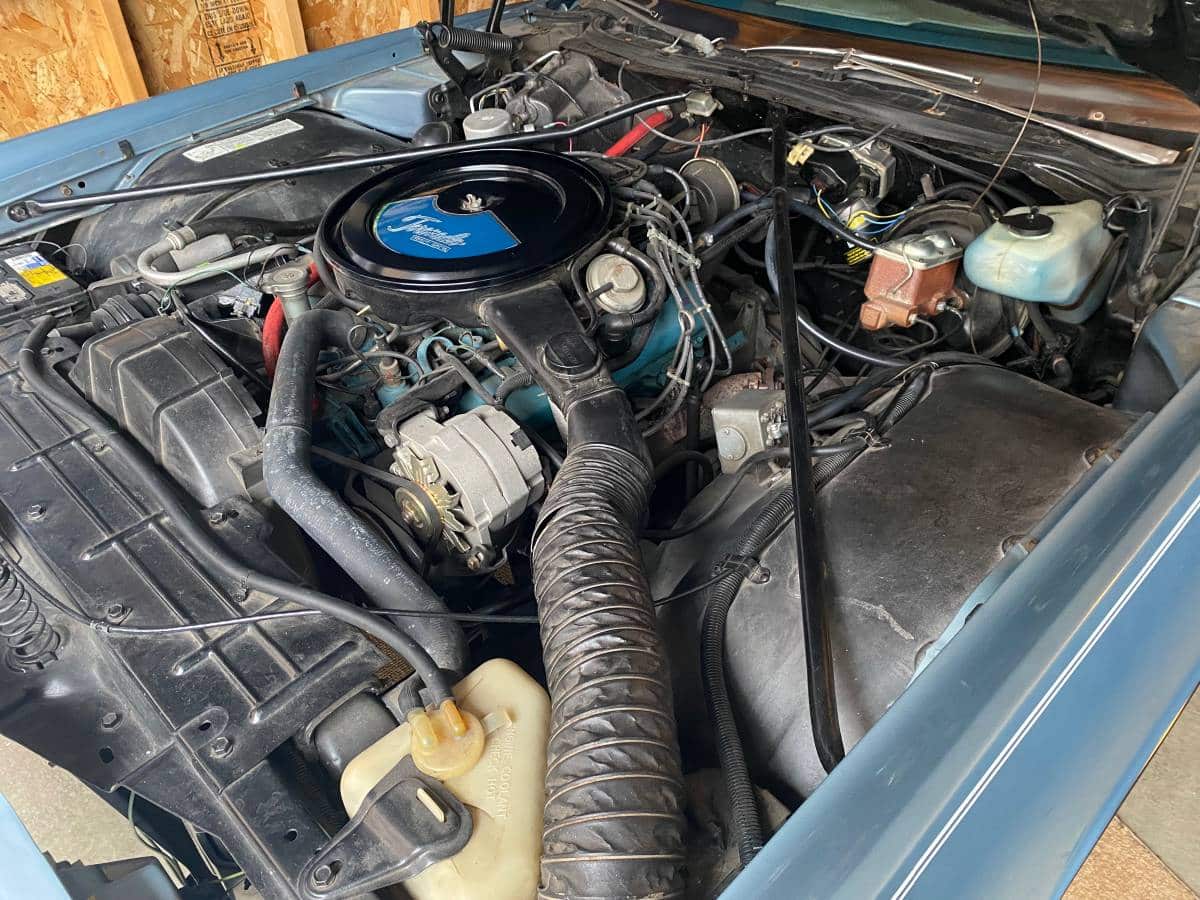 January 28, 2023 Update – After nearly three weeks of keeping their original Craigslist ad’s asking price at $15,600, the seller lowered it to $13,500 with one week left before it expires.

​1977 was an odd model year in Cadillac and Oldsmobile showrooms. With parent company General Motors downsizing its full-size “B” and “C” body car lines, the front-wheel-drive “E” body-based two-door Eldorado and Toronado personal luxury coupes had the dubious distinction of being larger than the newer, squared-off style cars.  Making matters worse was the horrible fuel economy these land yachts achieved. Leather also fell out of favor as Oldsmobile offered intricate Brocade cloth interiors on the Brougham models.

This survivor-quality 1977 Oldsmobile Toronado, currently listed here on Craigslist in Chicago, Illinois, is a 43K original mile, survivor-quality example. The seller reports they have owned their Toronado for ten years and that it features no rust and is in excellent condition.

Currently offered for $15,900, Classic.com, the analytics and search engine for the collector car market, confirms the ask is above the one-year rolling average of this guide’s summary for second-generation Oldsmobile Toronados produced between 1971 and 1978.  By clicking on the green dots in the graph below, you can navigate to each comparable car sold as a way to help you evaluate the price of the Toronado featured here:

As a second data point, the  Collector Car Market Review Online Tool reveals the seller’s ask falls above this guide’s #1 “Excellent” appraisal of $14,900.

Unfortunately, in GM’s infinite wisdom, the second generation Toronado debuted in 1971 transitioned from a “GT”-style car into a more traditional luxury car.  Unlike the out-of-the-box first-generation design, the redesigned Toronado looked similar to the Cadillac’s E-Body than the Buick Riviera, with styling taking several cues from the 1967–70 Eldorado. Like it or not, sales increased dramatically.  By 1977 when the example here was made, it featured a smaller 403 cubic inch V8 but was now the largest Oldsmobile as the full-size models were downsized that year.  One cool feature of this generation of Toronados was the duplicate turn signal and brake lights mounted under the rear window.  While a styling exercise on these cars, they foretold the advent of the third brake light or “CHMSL” that became a Federal requirement in 1986.

Finding a low-mileage survivor car that’s been neglected is one thing. The great thing about this 1977 Oldsmobile Toronado for sale is that the current caretaker maintained their car and has the receipts to prove it.  It sounds like this Toronado is ready for anything, as long as you like cruising in a land yacht only capable of getting ten miles per gallon.

If you are serious about buying this Toronado, you can start the conversation by emailing the seller.  When you connect, please remember to mention you saw their survivor-quality Oldsmobile featured here on GuysWithRides.com. Good luck with the purchase!

“This is a beautiful 1977 Toronado with 43k miles. No rust runs and drives beautifully. I have owned it for 10 years and have done many maintenance items to keep this car in excellent condition ( I have all receipts), nothing major. Always garage kept, never driven in winter.“

Show or go: What would you do with this 1977 Oldsmobile Toronado Brougham for sale?  Please comment below and let us know!