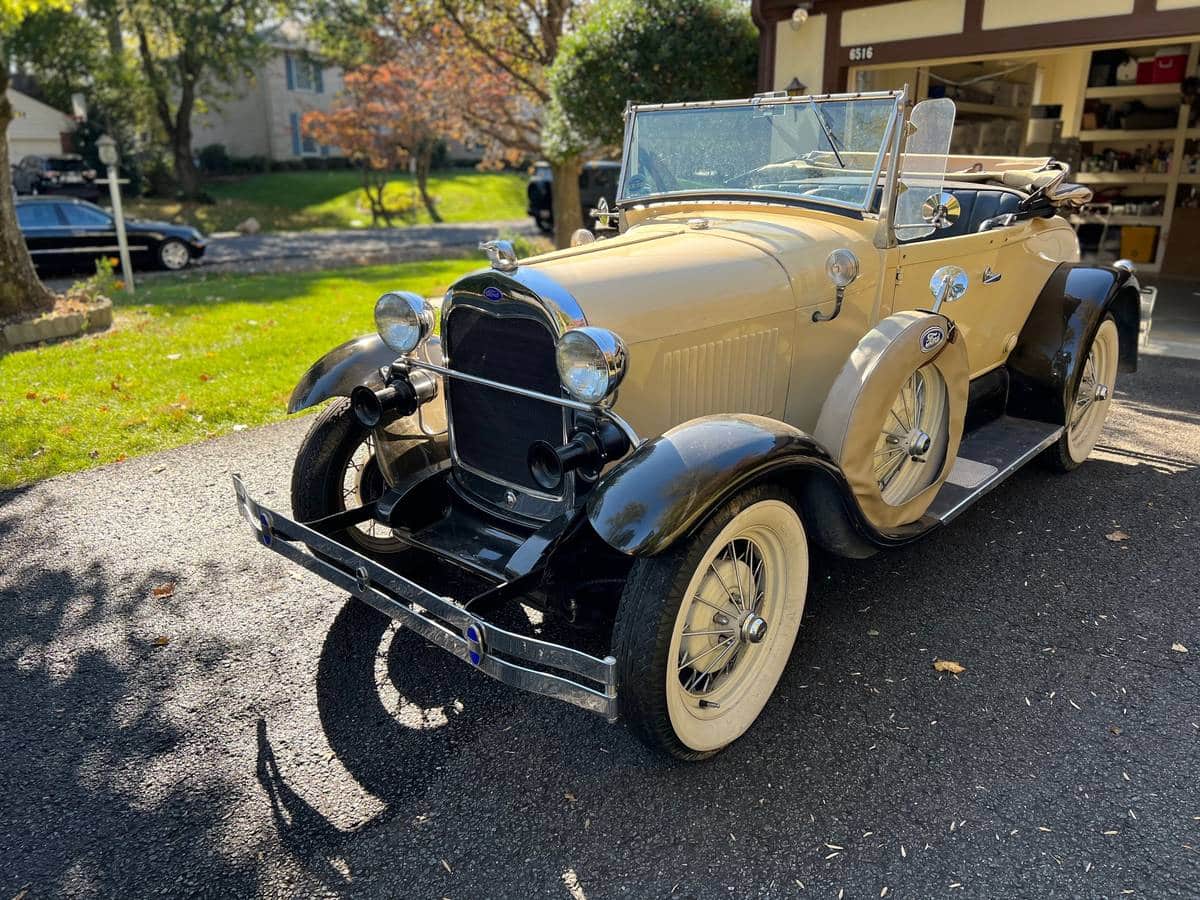 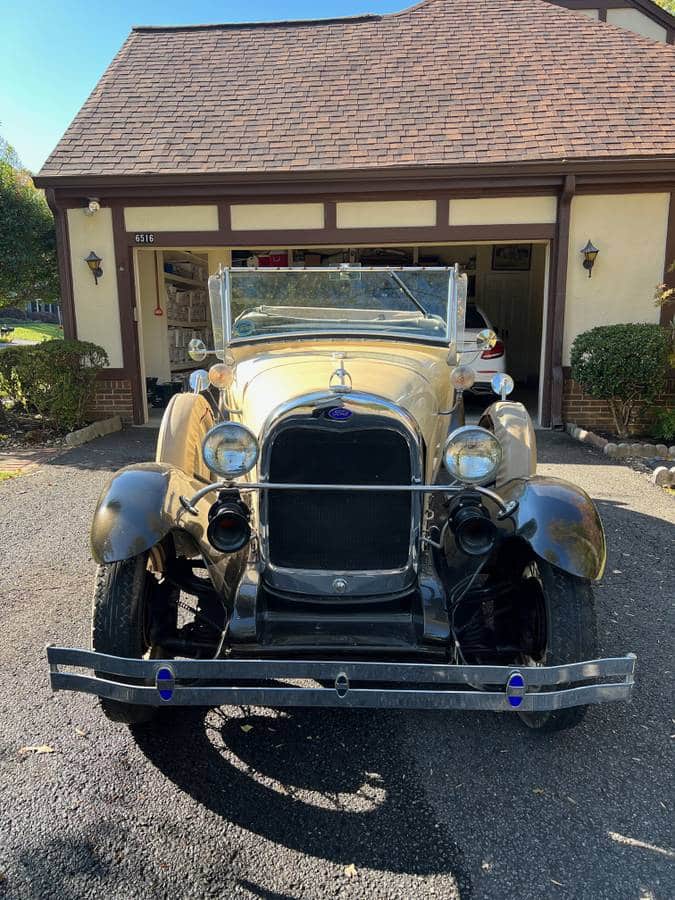 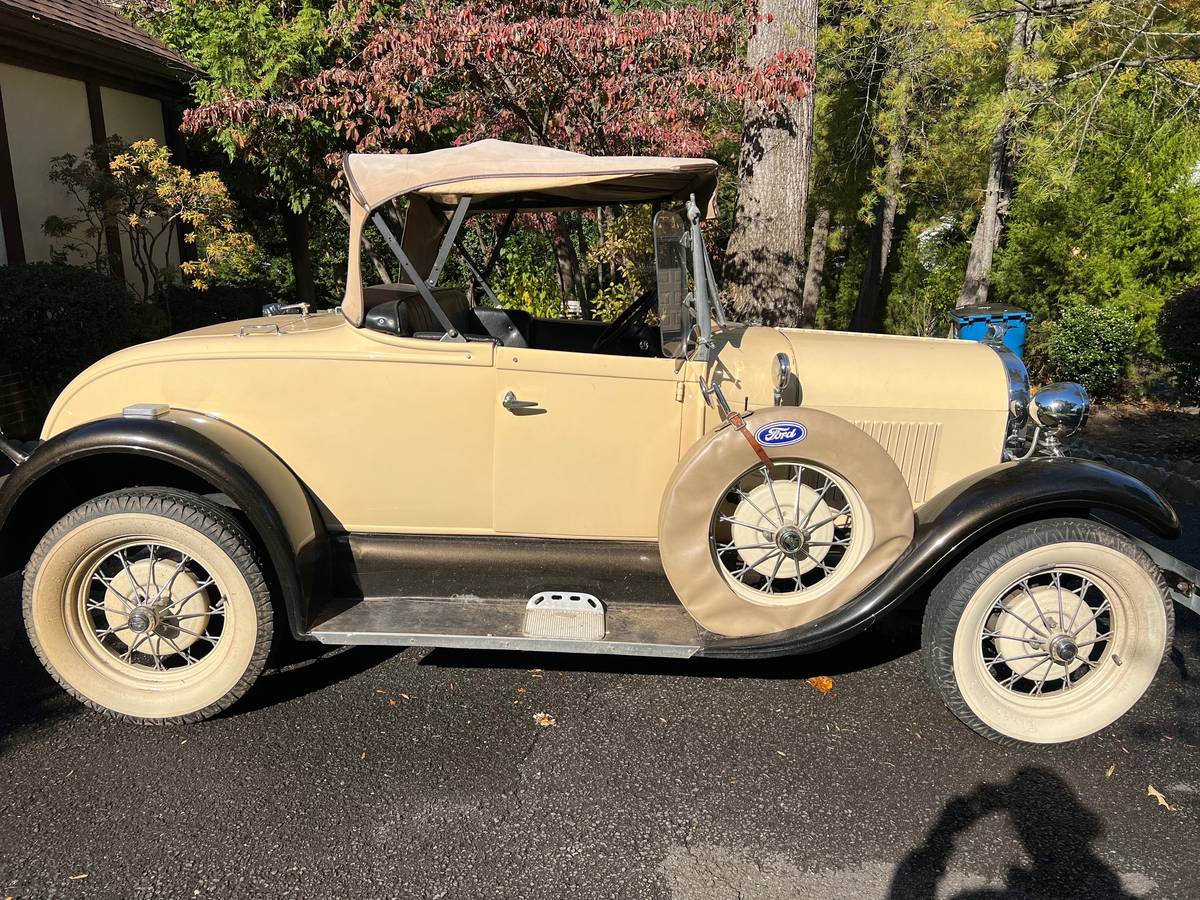 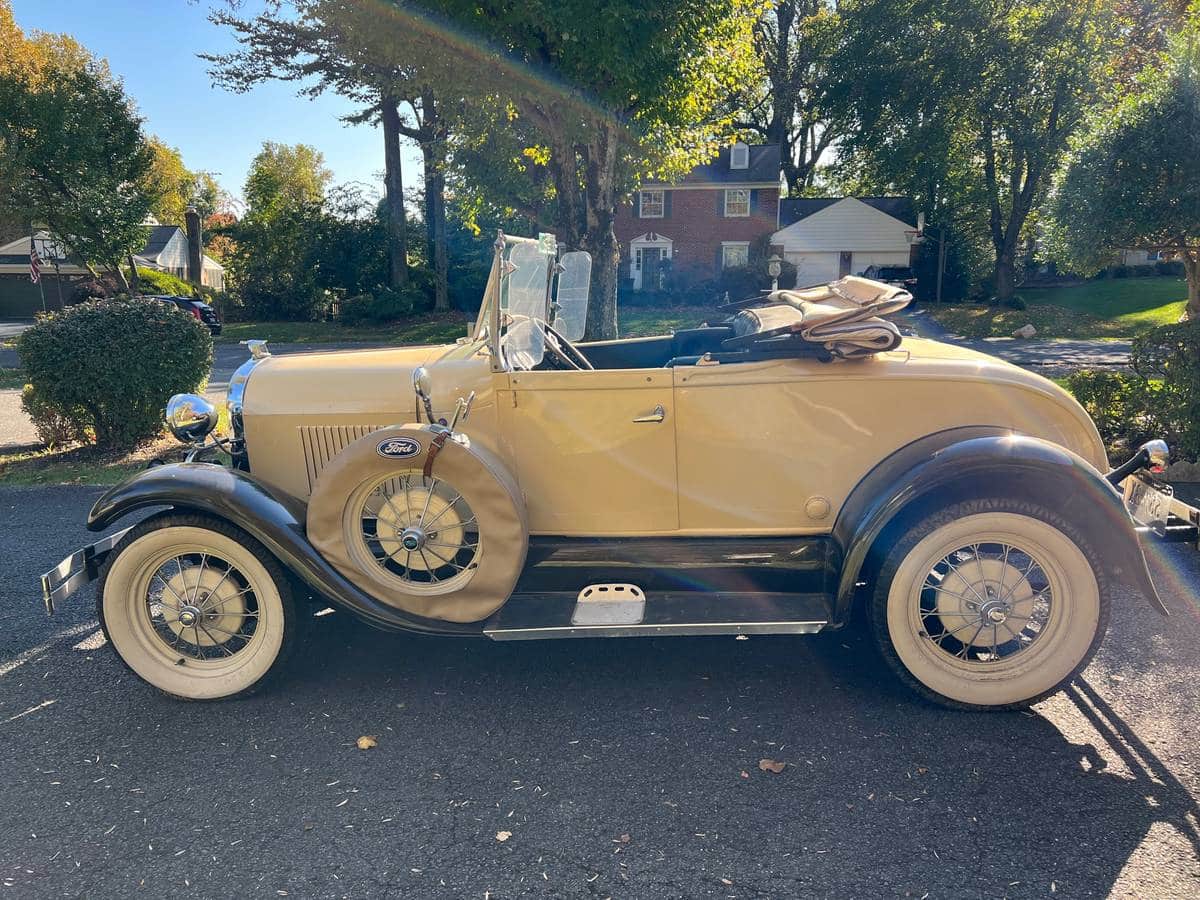 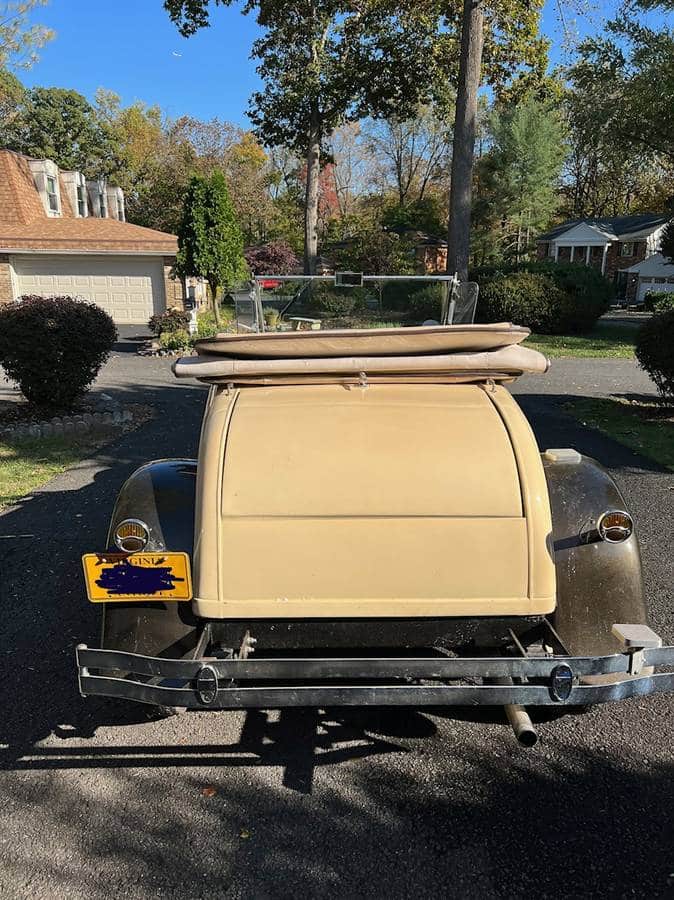 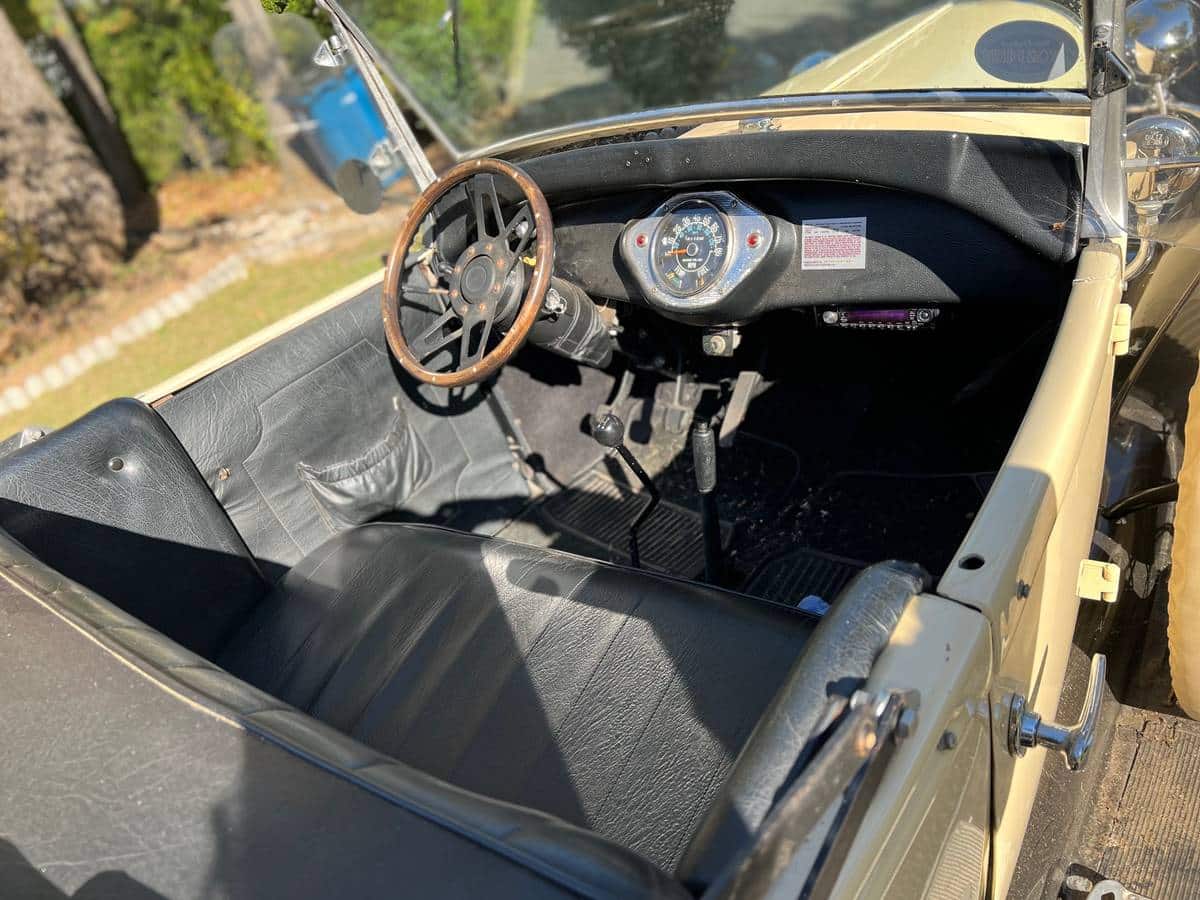 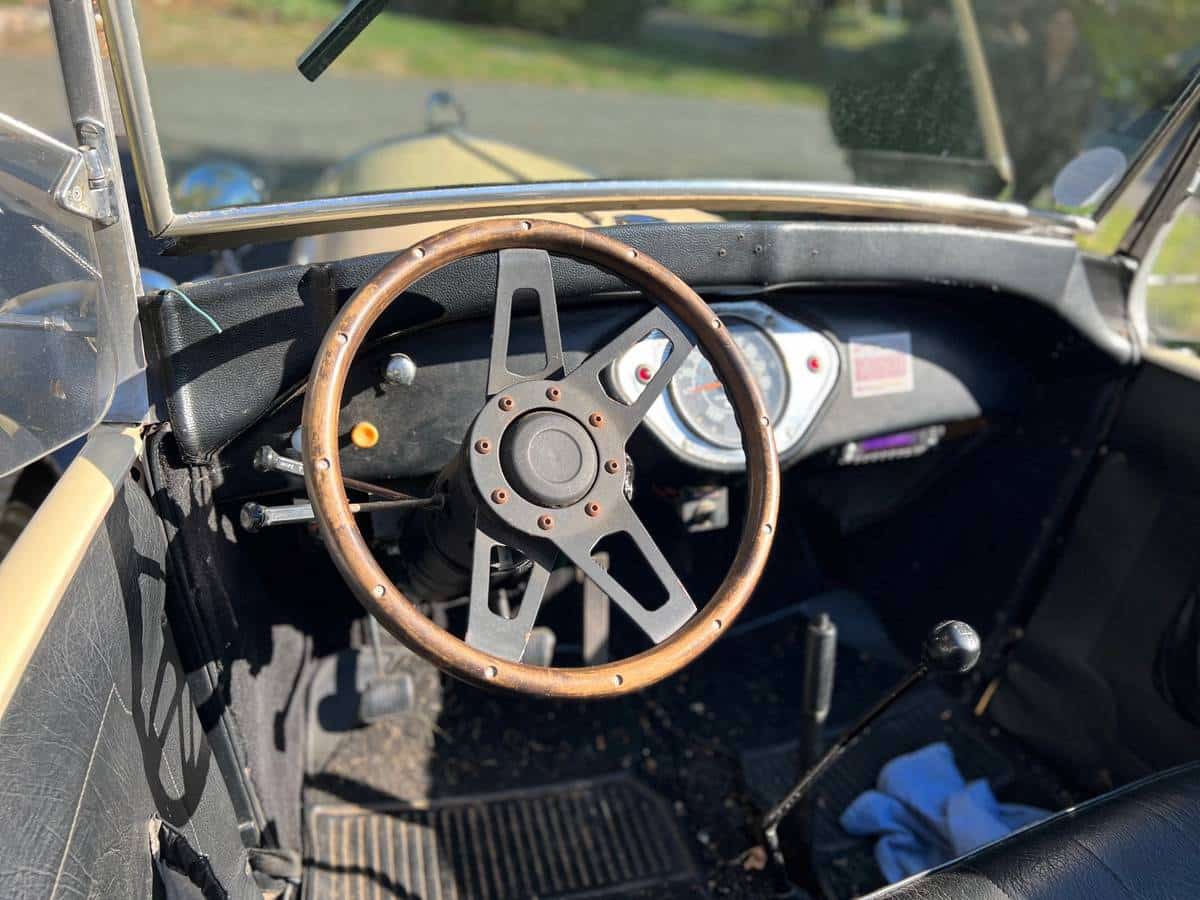 January 7, 2023 Update – The seller replaced their expiring Craigslist ad with a fresh listing.  In it, the pictures, description, and $19,500 asking price all remain the same.

Replicas are an intriguing subset of the collector car market. For years, a replica was looked at scornfully as a cheap imitation that merely indicated one couldn’t afford the real thing. And while there are many bad replicas out there, there are also several high-quality ones that were built to a decent standard and offer a much more pleasant driving experience owing to modern mechanicals and some creature comforts that didn’t exist in the genuine article. The Shay Model A Roadster is a perfect example of this, as it was built in the late 70s on a proper assembly line with several improvements over your grandpa’s car. You’ll find this limited-production Shay roadster here on Craigslist in northern Virginia with under 22,000 original miles for $19,500. Comparing that price against the Classic.com model guide shows that the seller is asking for more than what the one other example sold in the last few years went for, pegged at $7,700.

If you are serious about buying this Model A tribute, you can start the conversation by emailing the seller here.  When you connect, please remember to mention you saw their Shay replica featured here on GuysWithRides.com.

If you’re like me, you may remember looking through the back pages of car magazines. In addition to seeing vehicles sold for a pittance against what they’re now worth, you also saw full- and half-page ads for companies building replicas of those cars we couldn’t afford. Porsche Speedsters were a common replica offering, along with Jaguar E-Type clones and a replica that looked just like the Ferrari Daytona Don Johnson drove in Miami Vice. The upshot of these cars is that they were generally well-constructed and may have even driven better than the specimen they were based on. The Daytona, for example, typically used a Chevrolet powerplant, which made maintenance costs far more manageable than what an actual Daytona would cost service (and insure, for that matter.) With that in mind, you can see why nowadays, the WRX-powered Beck roadsters – the popular Porsche 550 tribute – is such a sought-after car. It has classic looks, robust construction, and an easily modified and serviced powerplant.

The Shay Model A tribute was limited to 5,000 units and constructed in the late 1970s on a modern frame with Ford Pinto running gear. Making a touch under 90 horsepower, the replica Model was infinitely more powerful than the real car. While a Model A isn’t the car many of us think of buying when looking to save a few bucks via the replica route, it was more intended to be used as a marketing ploy by Ford to get more customers in the showroom. I can’t say whether it worked, as the company itself didn’t stick around very long, filing for bankruptcy in 1982. This was not necessarily due to quality control issues; in fact, quite the opposite, as orders outpaced resources quite quickly, owing to the tedious assembly process Shay employed. The end result was a sympathetic tribute car with running gear that greatly improved the driving experience of owning a Model A. In many ways, it seems like one of the earlier examples of “restomodding” a classic car or truck. The seller’s Shay Model A appears in excellent condition, owing to its many years of indoor storage. These don’t come up for sale often, so reach out to the seller soon if you’ve been on the hunt.

The Ford Shay Roadster was a venture involving Shay Motors Corporation and Ford Motor Company in the late Seventies and early Eighties. Founder Harry J. Shay decided to build a limited run of replicas of the 1920s Ford Model A Roadster, wrapping modern mechanicals and underpinnings with a retro body. The vehicles were built in Michigan and sold through Ford’s network of automobile dealers. The model was produced in five body styles, including a pickup truck and panel truck. This 1980 Ford Shay Roadster has just 21,579 miles on the clock and has been kept in a heated garage.

Exterior and Interior
This 1980 Ford Shay Roadster features a fiberglass body that is clothed in a shade of white known as “Eggshell” that highlights its 1920s profile and design. This car is a drop-top or convertible, with a contrasting black hood that can be lowered. Headlamps, mirrors, grille, and details are chromed, whilst a pair of black-painted horns adorn the front grille. This example comes with 18-inch spoked wheels wrapped in whitewall tires, plus dual front fender-mounted spare wheels with whitewall tires. An externally mounted black luggage trunk is at the rear, which is necessary as the rear portion of the bodywork contains the rumble seat – a boot-mounted seat beneath a cover. Keeping in tune with the 1920s exterior, the black interior features period-correct gauges, a bench seat for the driver and front passenger, and a two-spoke steering wheel.

Engine
While the body appearance is from the 1920s, the mechanicals are from the Seventies. This 1980 Ford Shay Roadster is powered by Ford’s 140ci (2.8L) four-cylinder gasoline engine that was found in the Ford Pinto, driving the rear wheels through a four-speed transmission. The engine put out 88bhp. The Shay Roadster features the independent front suspension and rack-and-pinion steering gear from the Pinto, as well as disc brakes up front and drums at the rear.”

Replica reality: would you drive a replica if it meant you could enjoy a classic without the penalties of age?