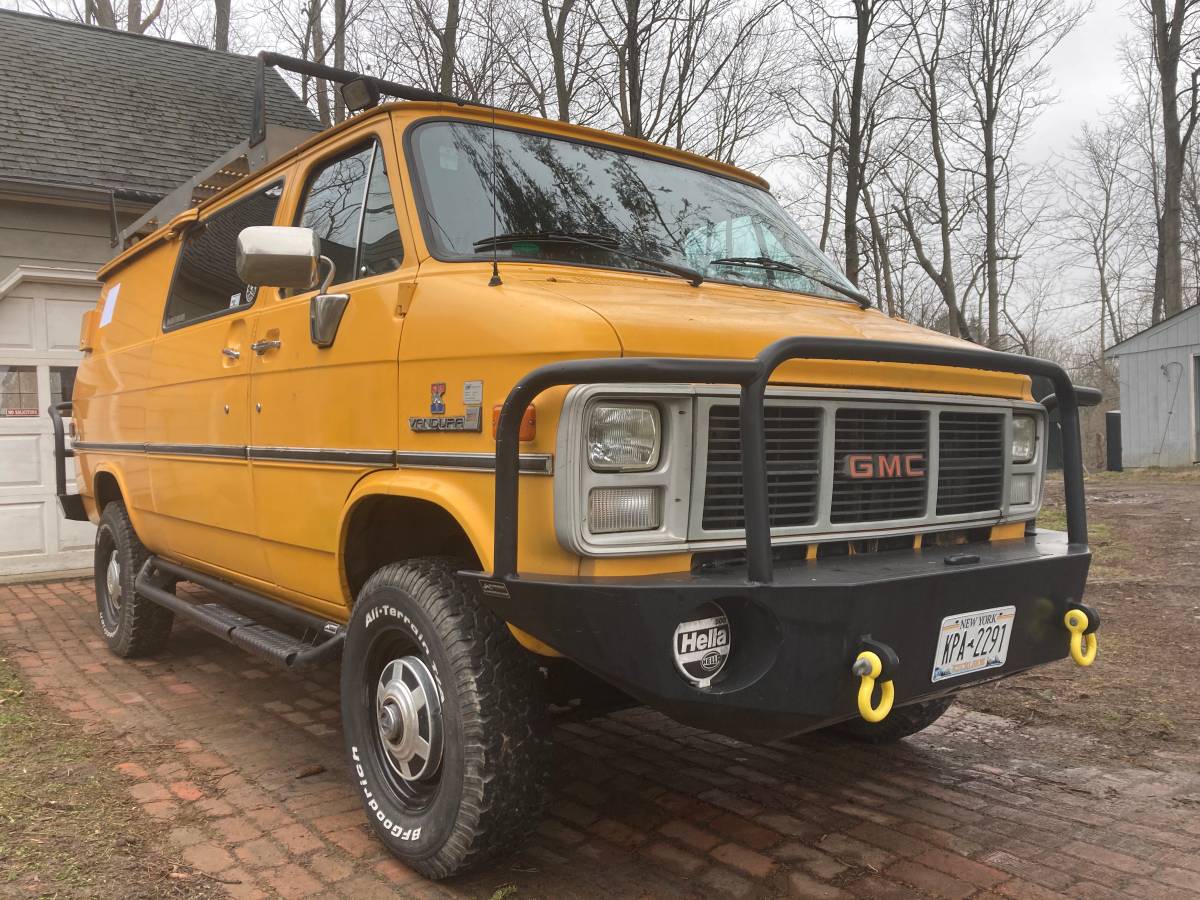 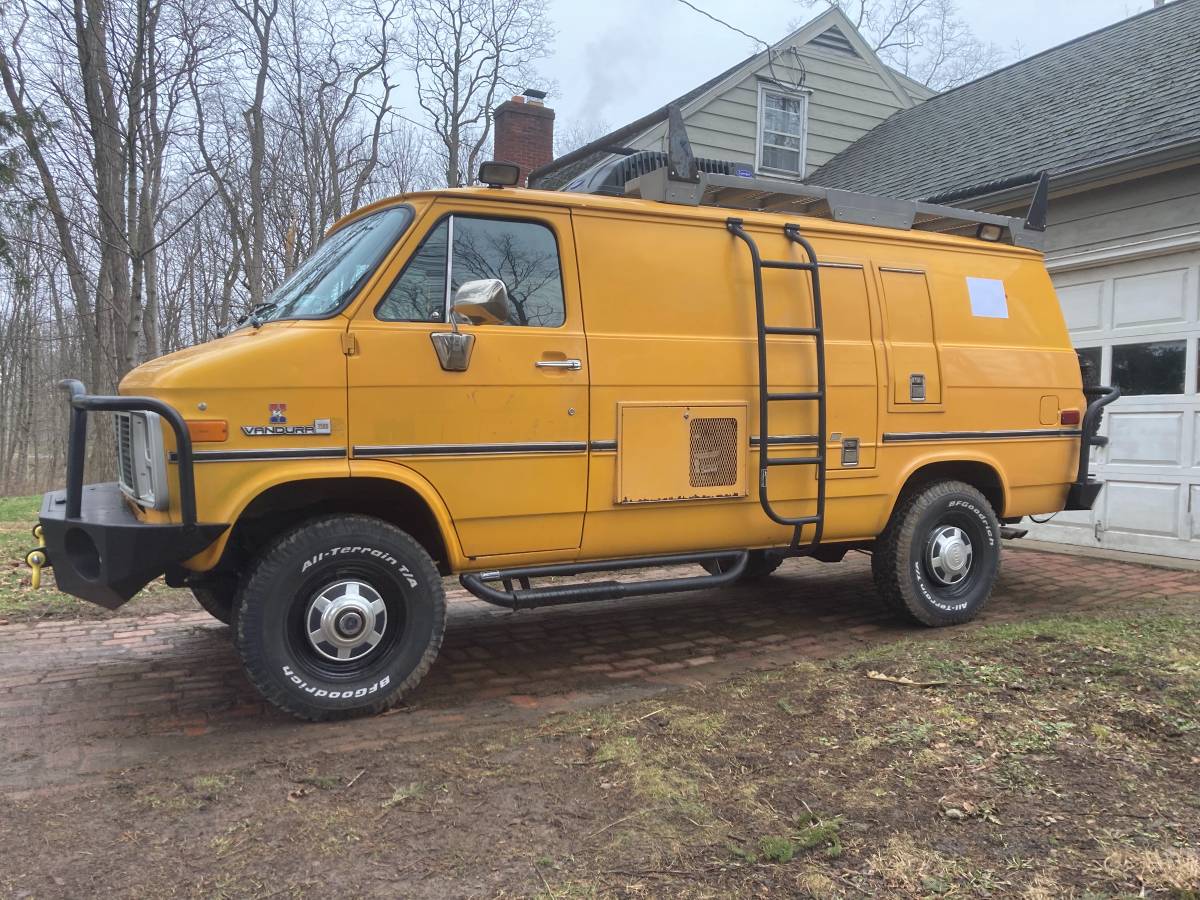 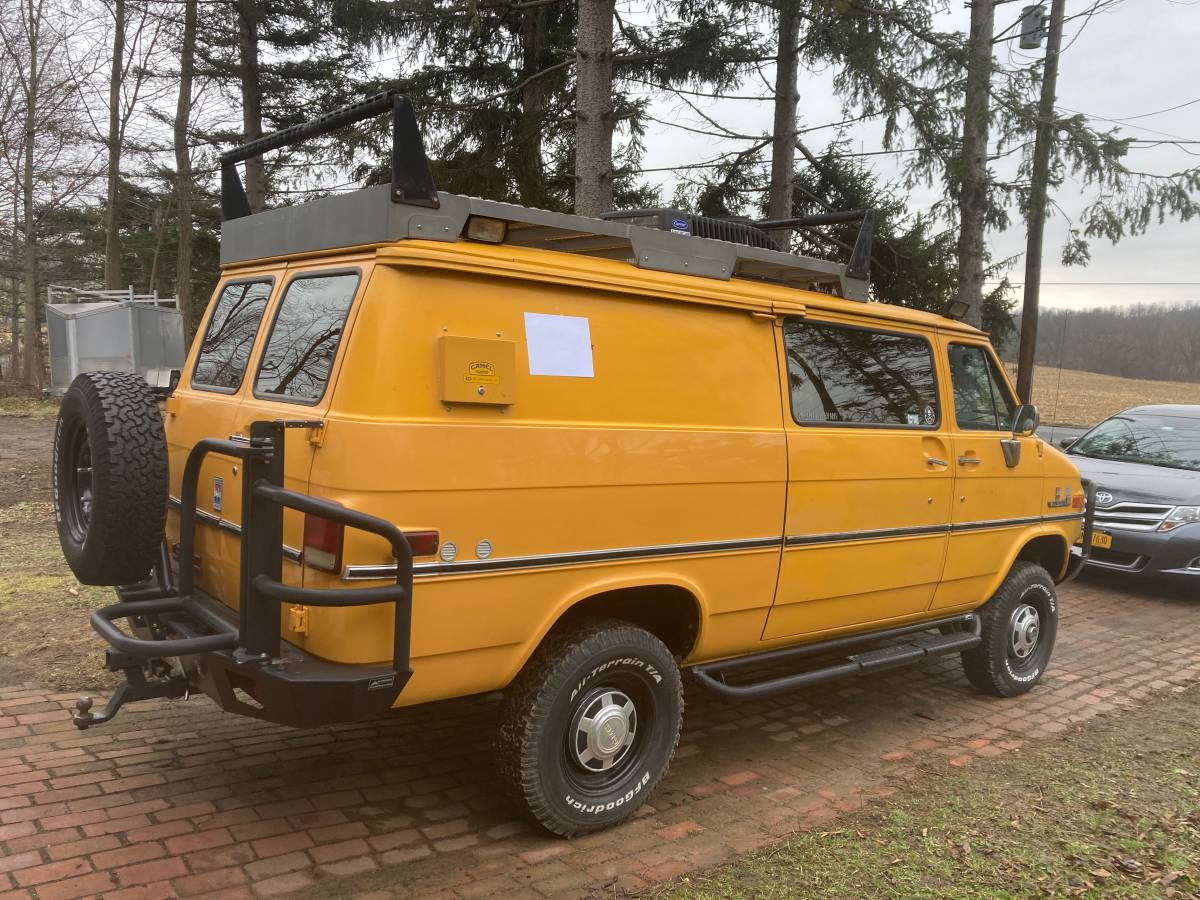 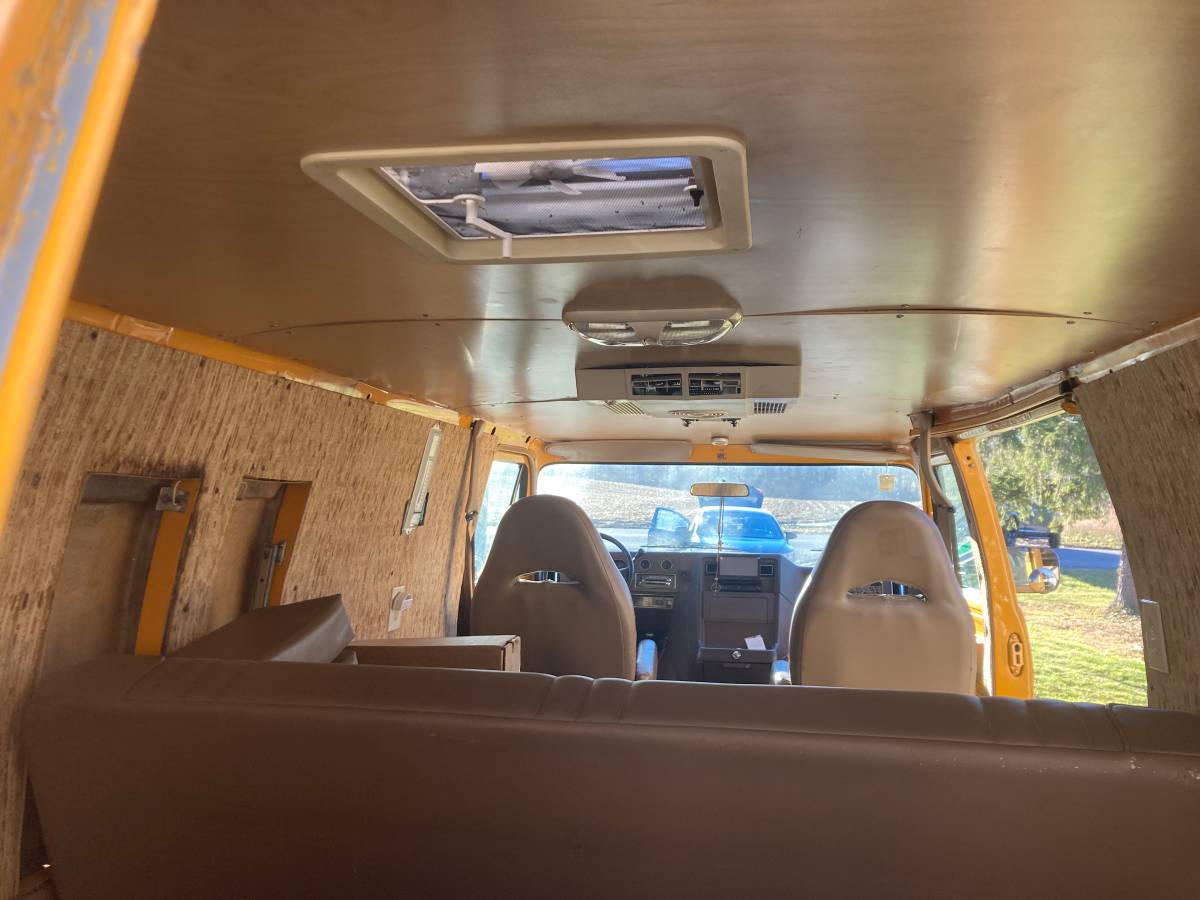 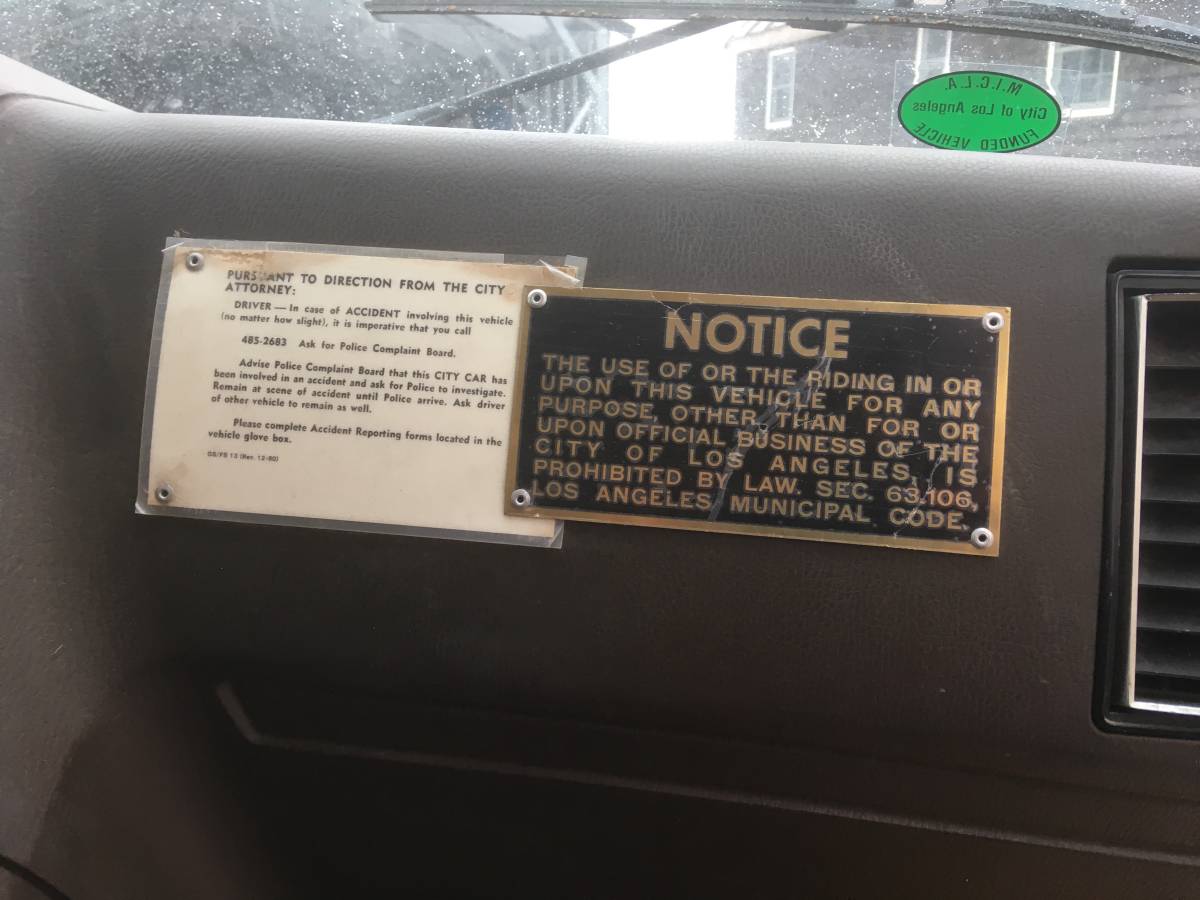 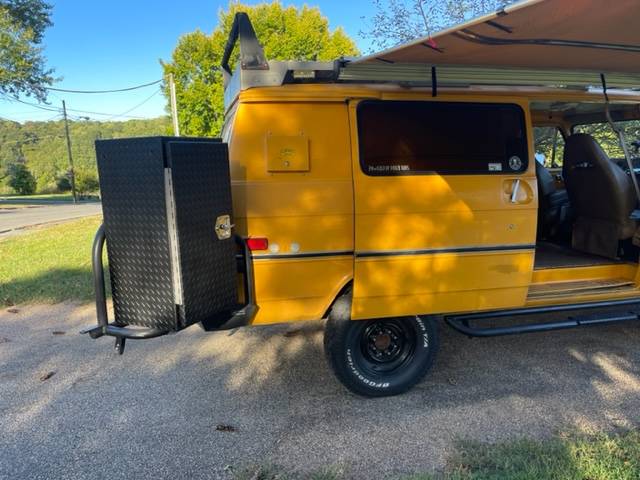 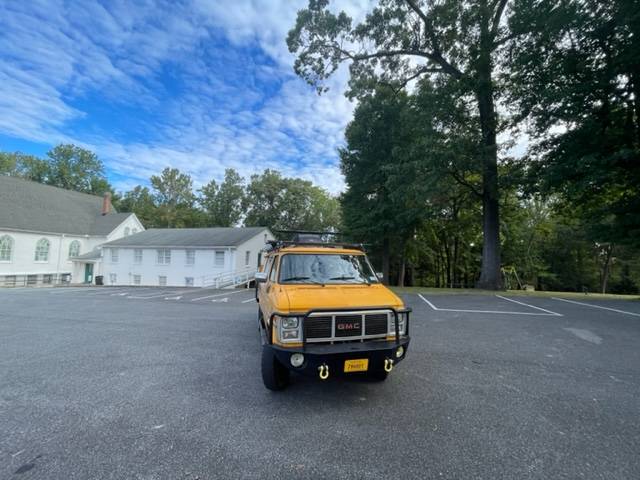 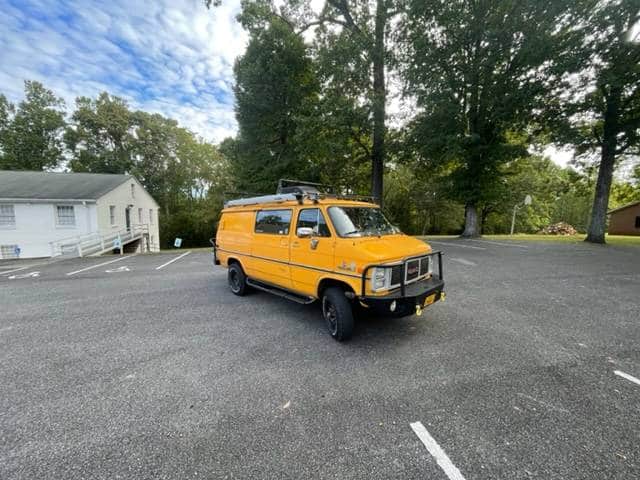 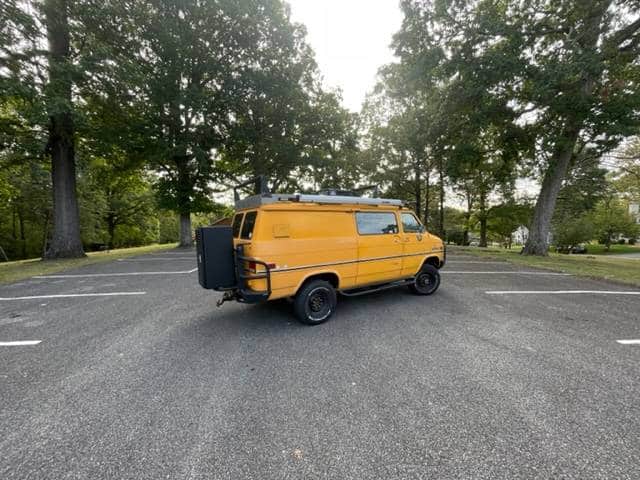 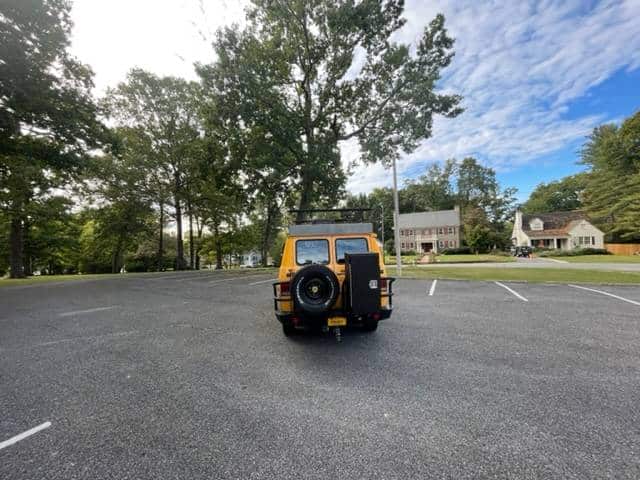 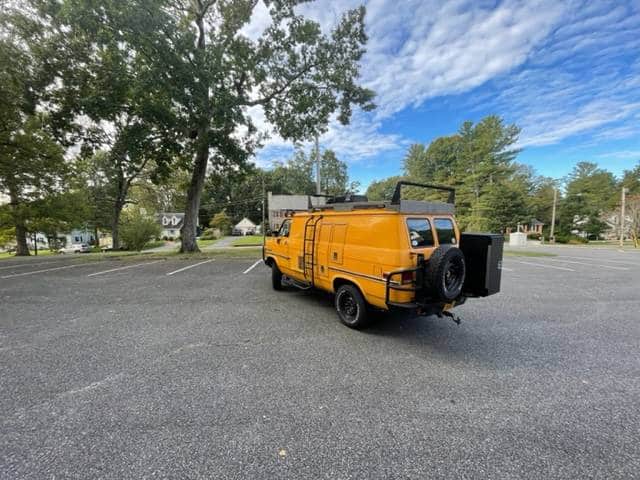 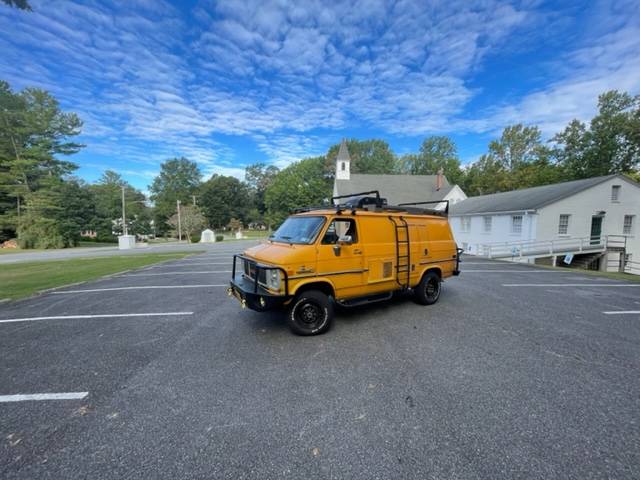 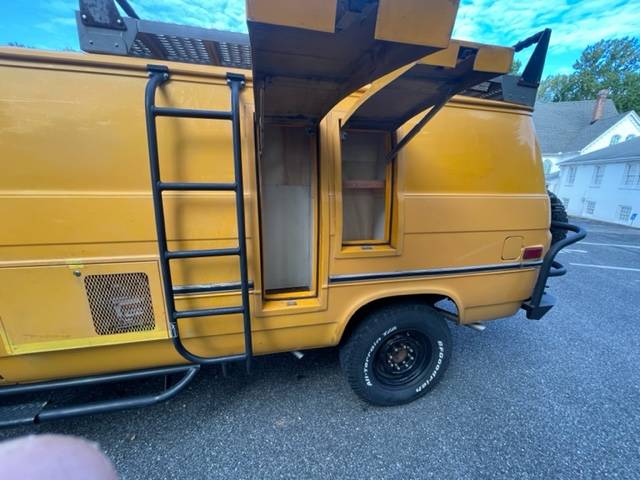 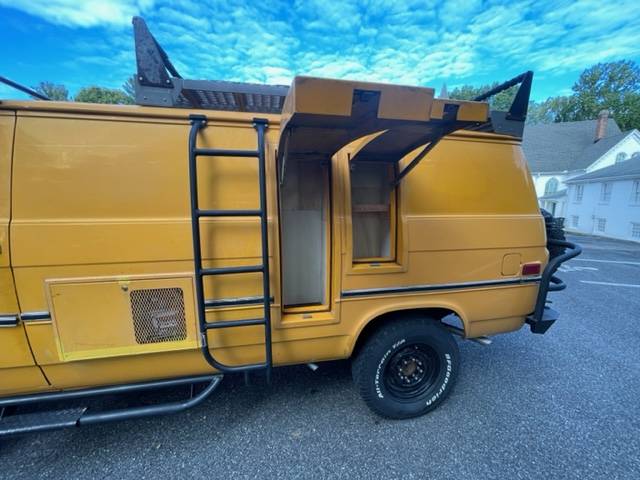 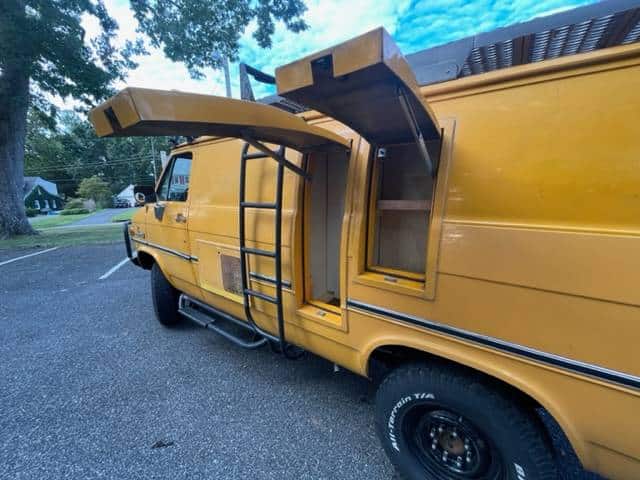 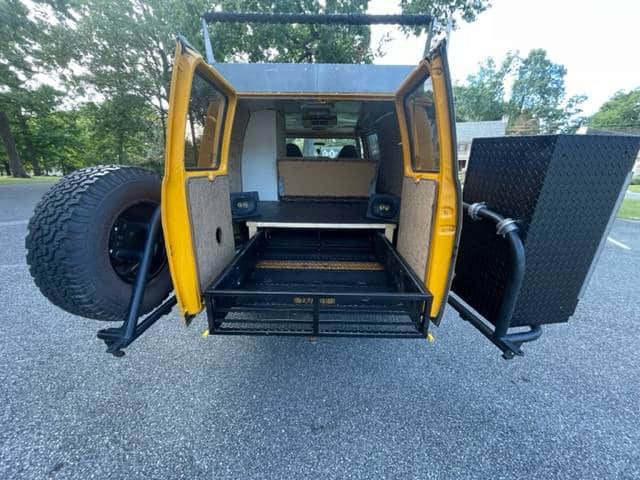 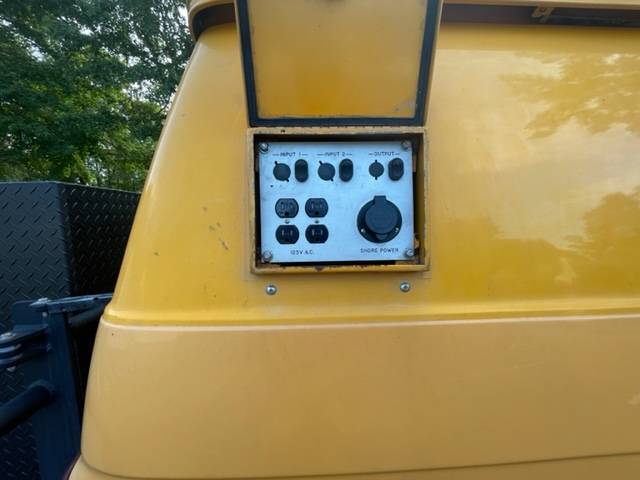 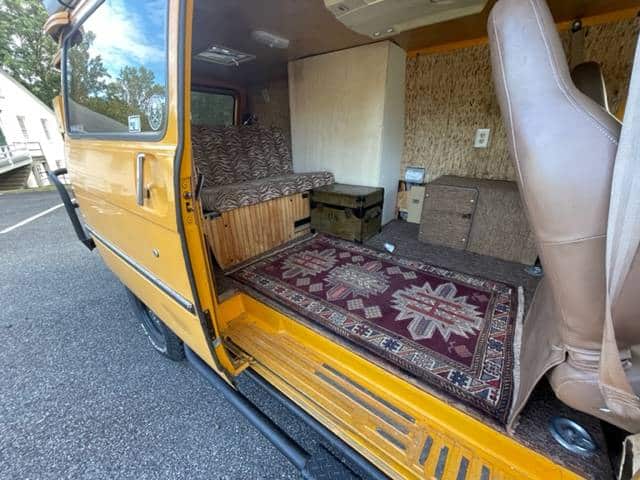 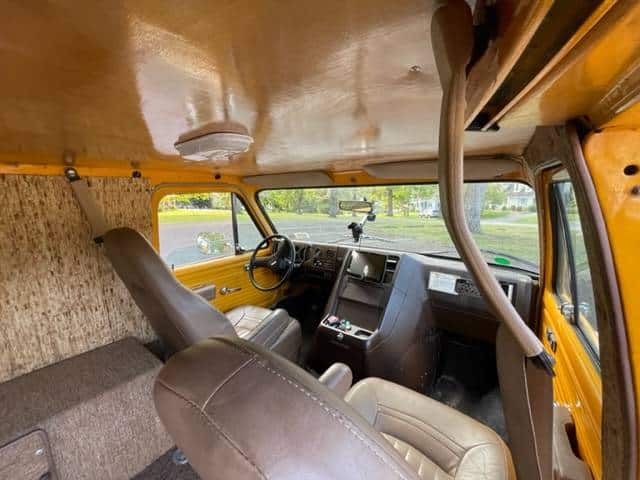 January 16, 2023 Update – As word spreads about GuysWithRides.com, it’s becoming more common for sellers to come across our blog posts about their rides for sale. Our latest example is Grant, the current seller of this extremely rare, Pathfinder-converted GMC vans.  When we first came across the second seller’s ad, we were left with the impression this might be a quick-flip.

However, Grant assures us that not only did he update the generator, exhaust system, and transfer case, he also points out that he upgraded the interior.

December 20, 2022, Update – We confirmed the listing for this “Classifind” expired, so with no replacement found, we’re assuming this ride is “Sold?” until we come across a replacement listing.

November 14, 2022 Update – The Internet and GuysWithRides.com never forget a classic ride. Our latest example is this  Pathfinder 4×4 converted GMC van we first spotted in late December 2021 on Craigslist near Syracuse, New York, for $19,500.  Fast forward eleven months, and we came across a new listing by the second seller near Lynchburg, Tennesee, asking a staggering $32,000 for the same van. During their short ownership, the seller reports replacing the exhaust system, rebuilding the transfer case, and installing a new walk-around interior, so the latest seller clearly invested time and money into this rare Overland candidate to prepare it for the next caretaker’s adventures.

January 20, 2022 Update – We confirmed the seller of this “Classifind” deleted their listing, so we’re now able to call this one “SOLD!”

We’re not exactly sure why the City of Los Angeles needed such a vehicle in its fleet in the mid-1980s, but this 1985 GMC 3500 Van currently originally listed in January 2022 on Craigslist in Weedsport, New York (Syracuse) and is now listed here on Craigslist in Lynchburg, VA second seller will now make a great basis for either a great Overland adventurer or perhaps an off-grid capable Van Life vehicle.

Between the recently sorted Pathfinder 4×4 conversion, massive aluminum bumpers and side guards, shore power connection, a roof-mounted Carrier HVAC system, and a bevy of other details, this Van has the bones to make an interesting and capable off-road base camp. The only thing preventing you from using it to camp off-grid is the non-working Onan Generator.

Now offered for $27,000 (the original ask one year ago was $19,500), the asking price is well beyond the J.D. Power NADA Guides’ “Low,” “average,” and “High” retail value range of $1,568, $3,975, and $5,135, respectively.  The premium here is the low-mileage, rust-free condition combined with the rugged 4×4 conversion and the bevy of off-grid equipment not typically found on most vans.  This was only one of three such vehicles produced for the City of California, and its equipment makes for a serious overland vehicle.

Despite being ten years older, this 1976 Pathfinder-converted Chevrolet G30 van gives you a sense of how off-road capable these vans can be:

If you’ve been looking for a Pathfinder-converted vintage van to serve as the basis for your rugged off-grid, off-road adventures, then this 1985 GMC 3500 4×4 Van might be worth a more detailed look.

I would absolutely be open to a trade for a VW Vanagon Westy Weekender with manual transmission. Preferably 87 and newer with zero rust.

So this is a ZERO RUST 1985 GMC Vandura G3500 van purchased by the City of Los Angeles as an emergency communications vehicle. There were 3 made and only one other is still known to exist. They shipped it directly from the factory to Pathfinder for 4wd conversion (see sticker under hood) and then off to ENG for the generator (Onan Emerald I Genset) and the electronics. The genset runs off gasoline in the primary tank. Please see video walkaround for explanation. It was fleet maintained by the City of LA until 2009 or so then it was sold with only 16k miles to a dealership in Southern California where it was bought by a guy who took it to Aluminess to have the bumpers, ladder and nerf bars added. You cannot buy these for the older vans anymore. In fact Ive never seen these on this style van. I purchased it back in December and had the exhaust replaced and the NP205 transfer case completely rebuilt. It now has 64k+/- original miles on it. This is a true off grid beast and I can promise you will never find anything else like this other than the other one that might still exist.

“1 Ton, California Truck former City of Los Angeles Emergency vehicle, 4×4 by Pathfinder when new. 350 v8, AT. The vehicle has 64k miles super clean. Aluminess Bumpers and Ladder. Has Carrier heat and AC Shore power, Onan generator (non-op) swivel captains chairs – rear seat folds into a bed. I’ve owned it for 10 years and have purchased another van. Very well maintained drives very well. No trades. Serious inquiries only – please. Located in Upstate New York.
It was recently serviced by a local 4×4 specialty shop. They can give you unbiased details on condition. The van is ready for more adventures.“