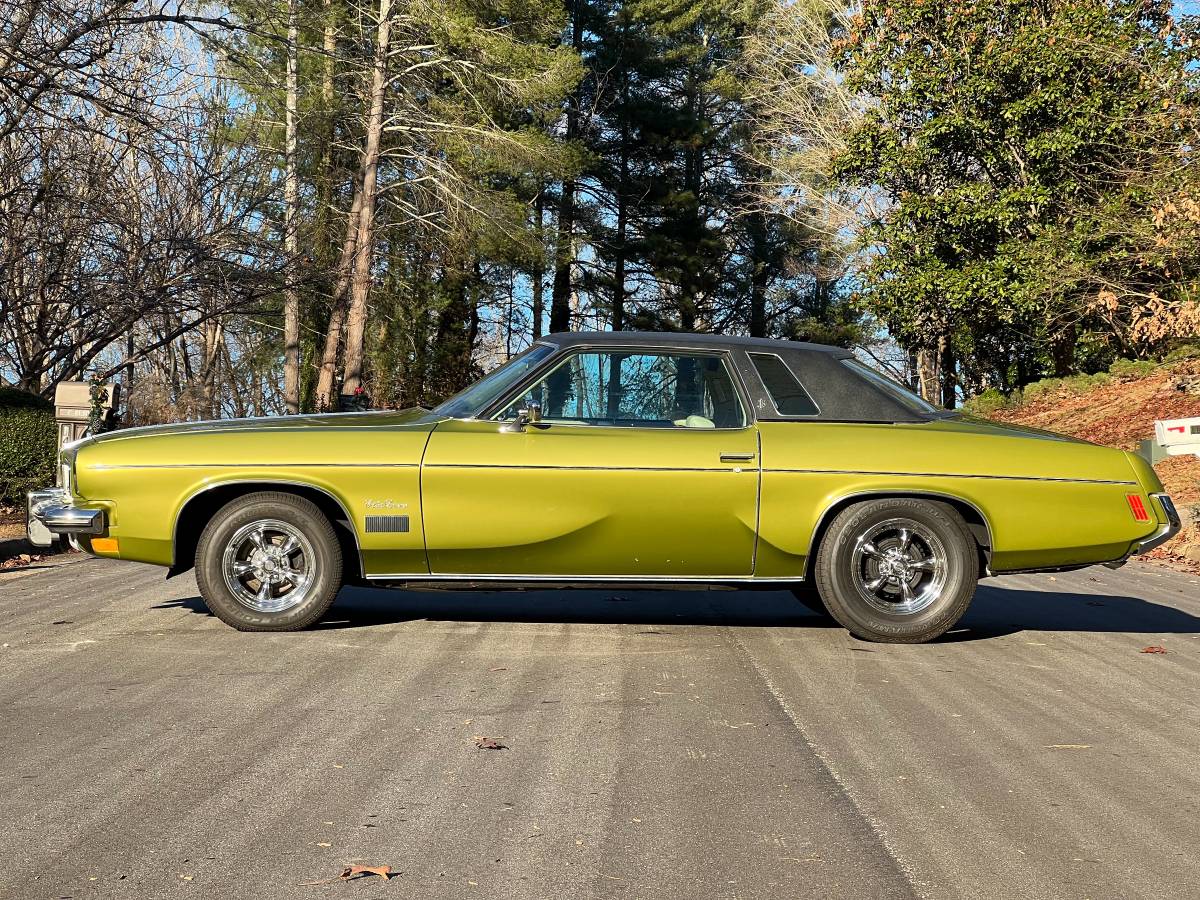 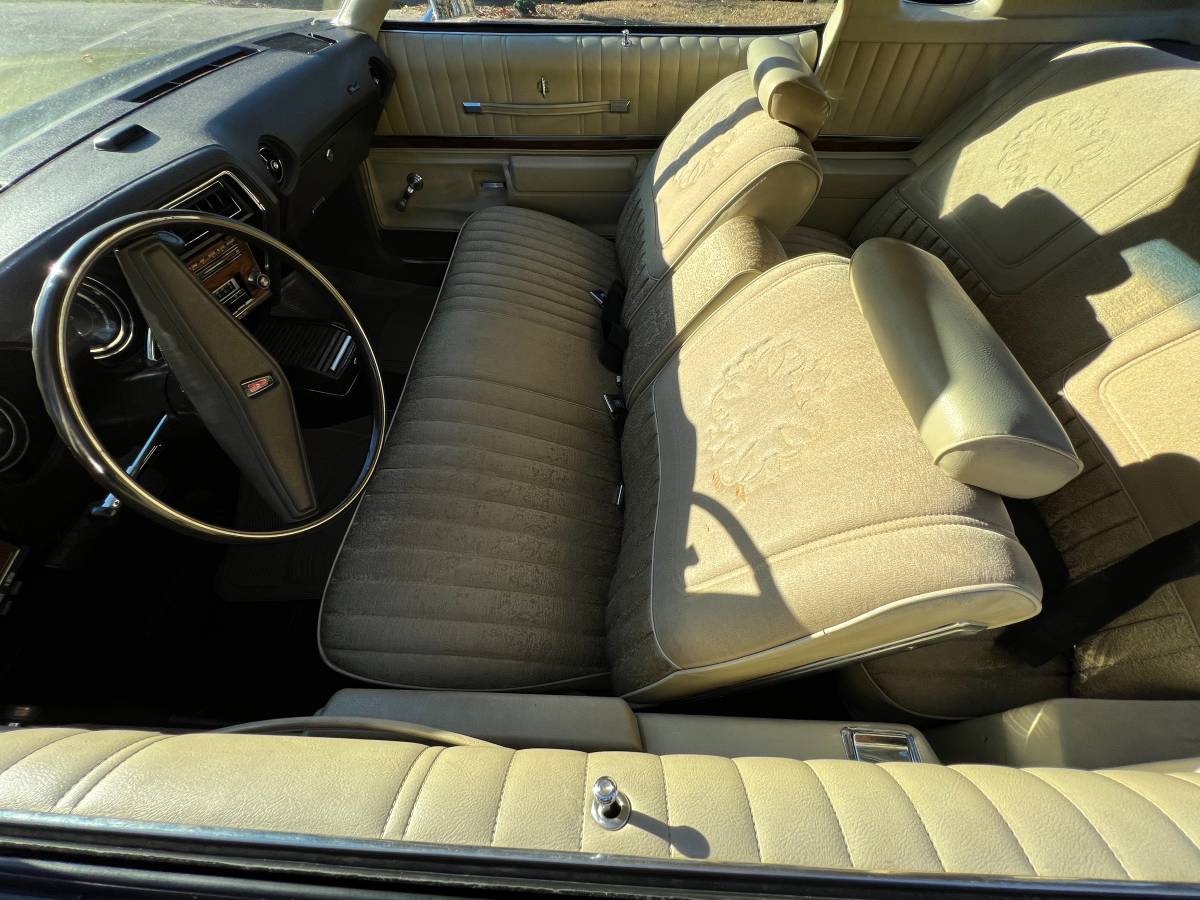 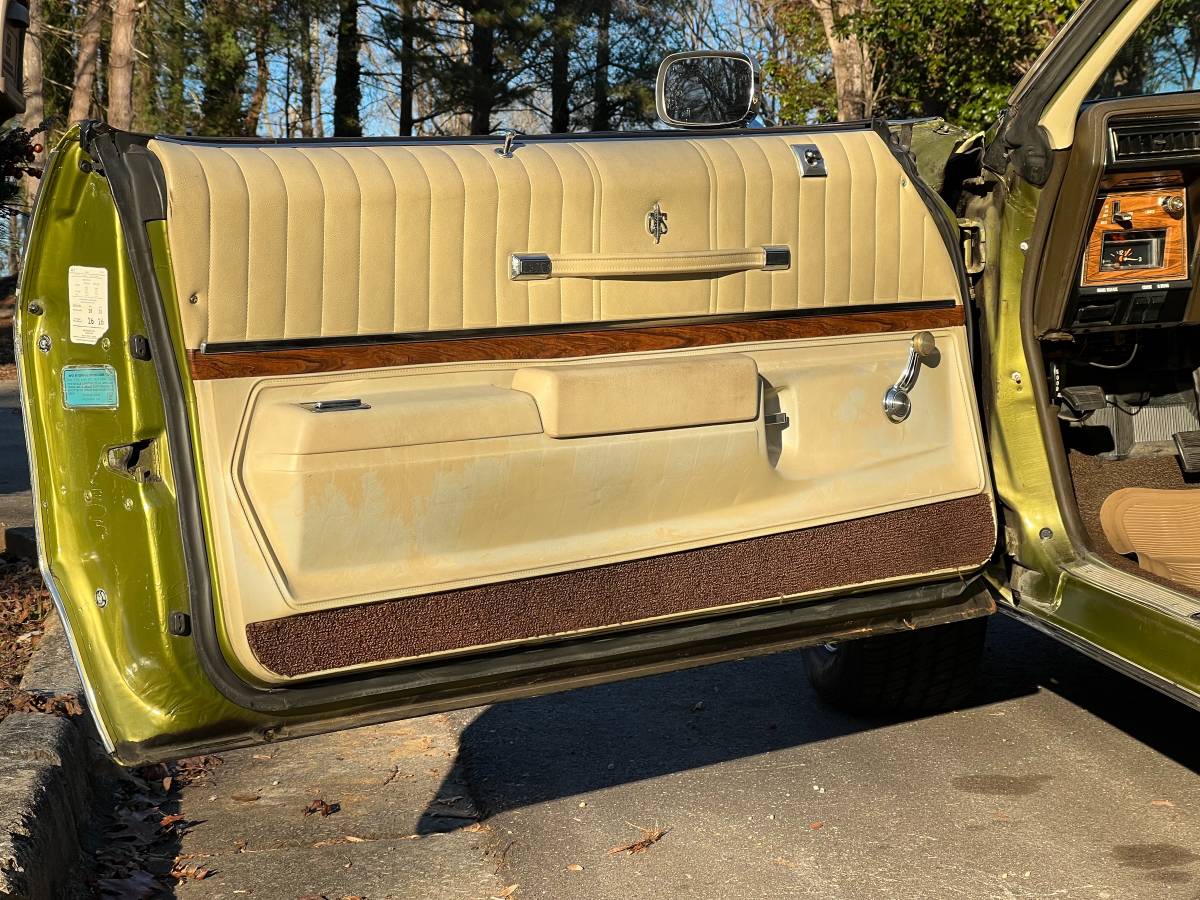 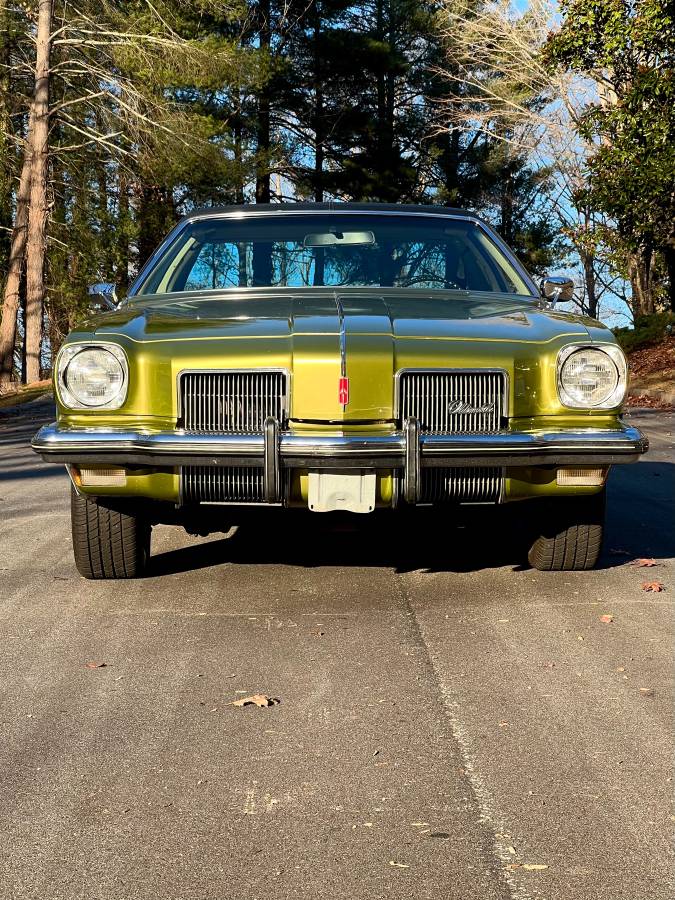 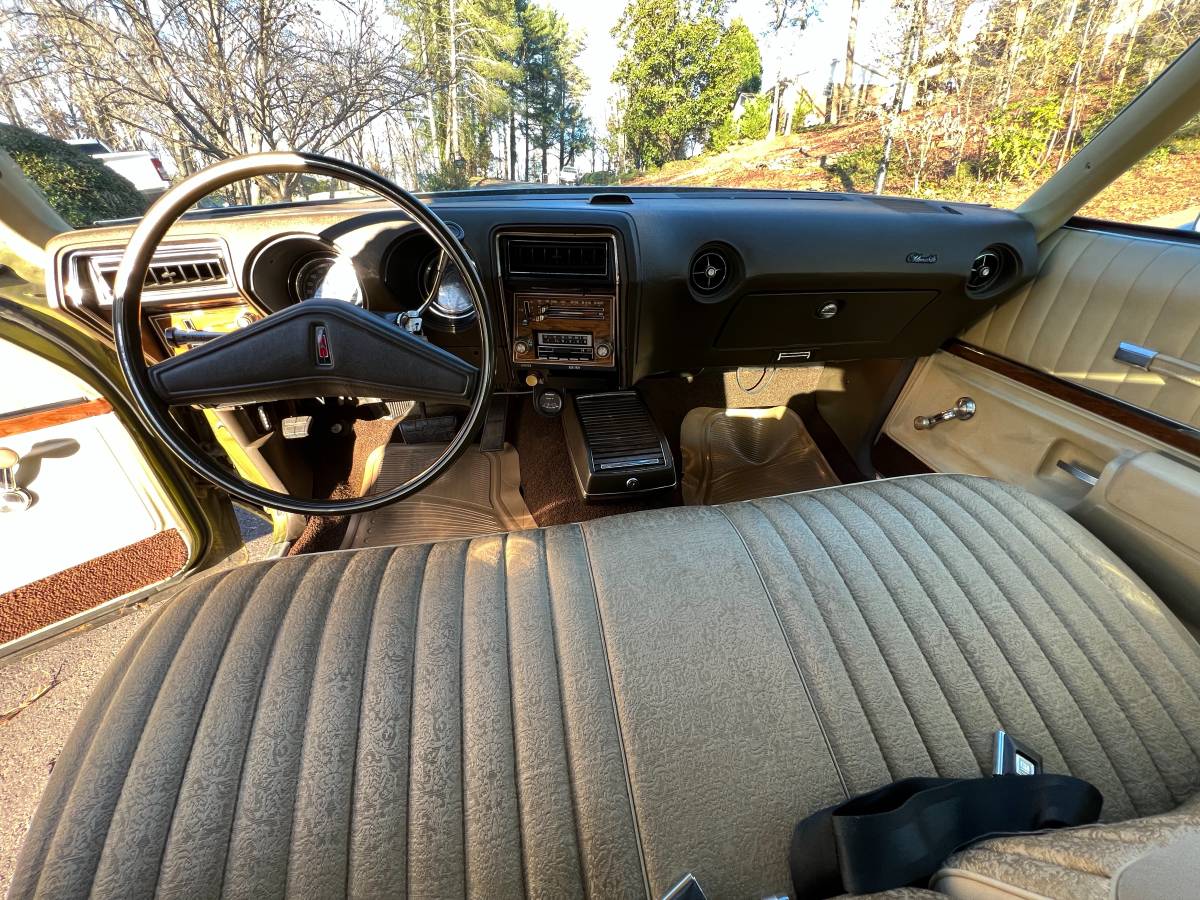 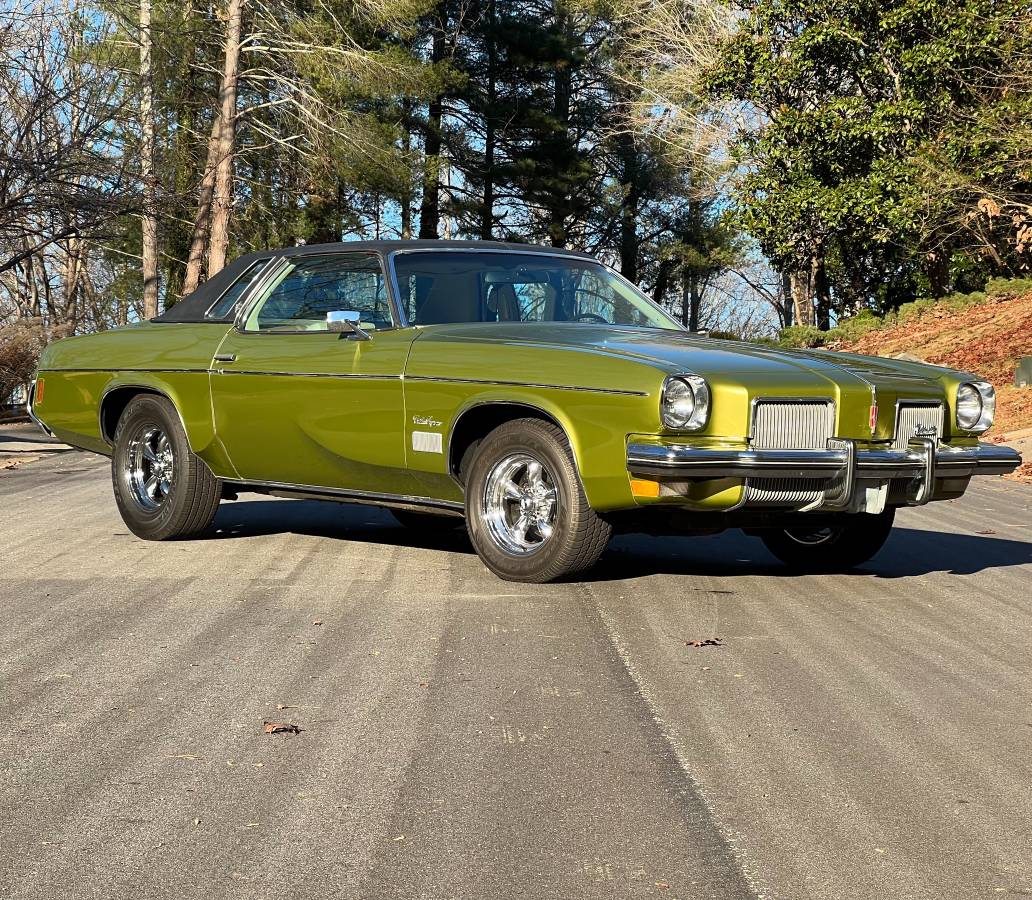 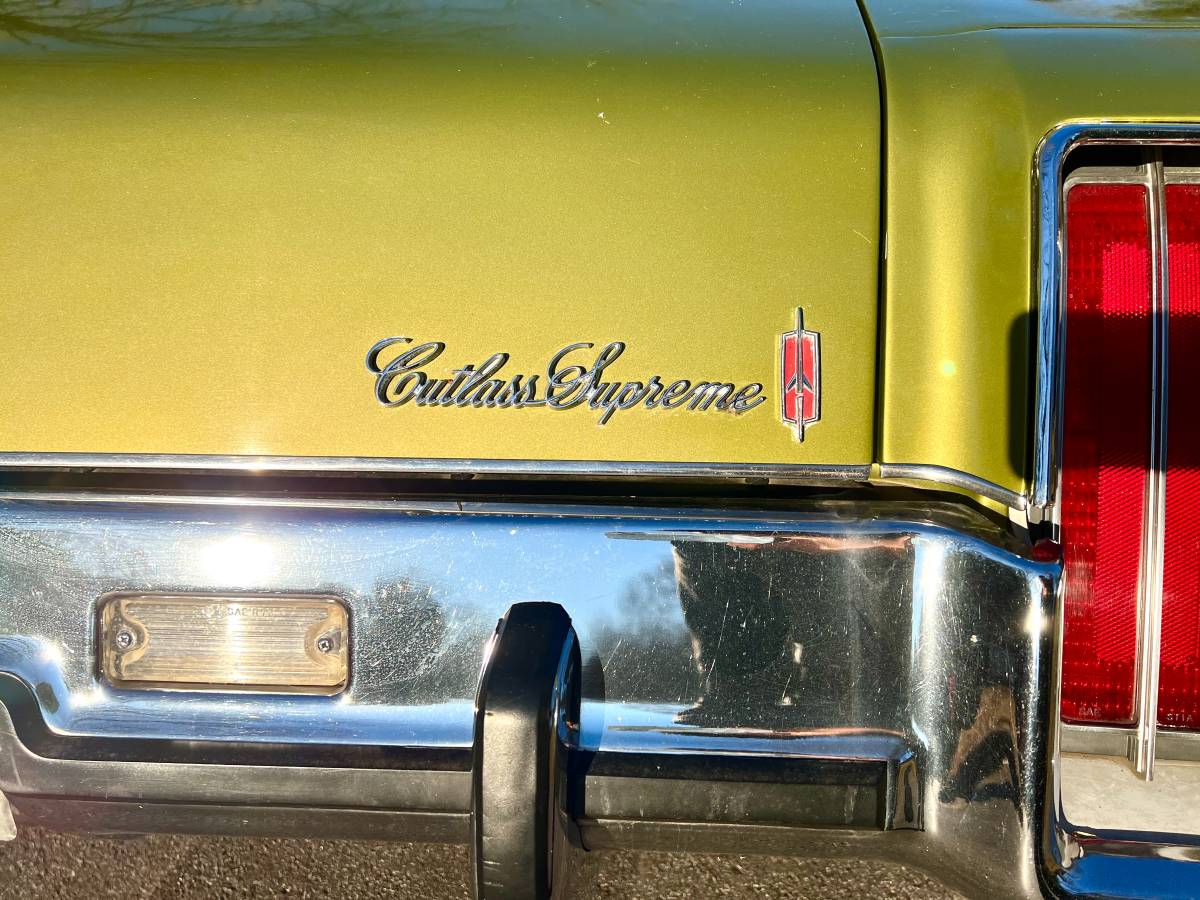 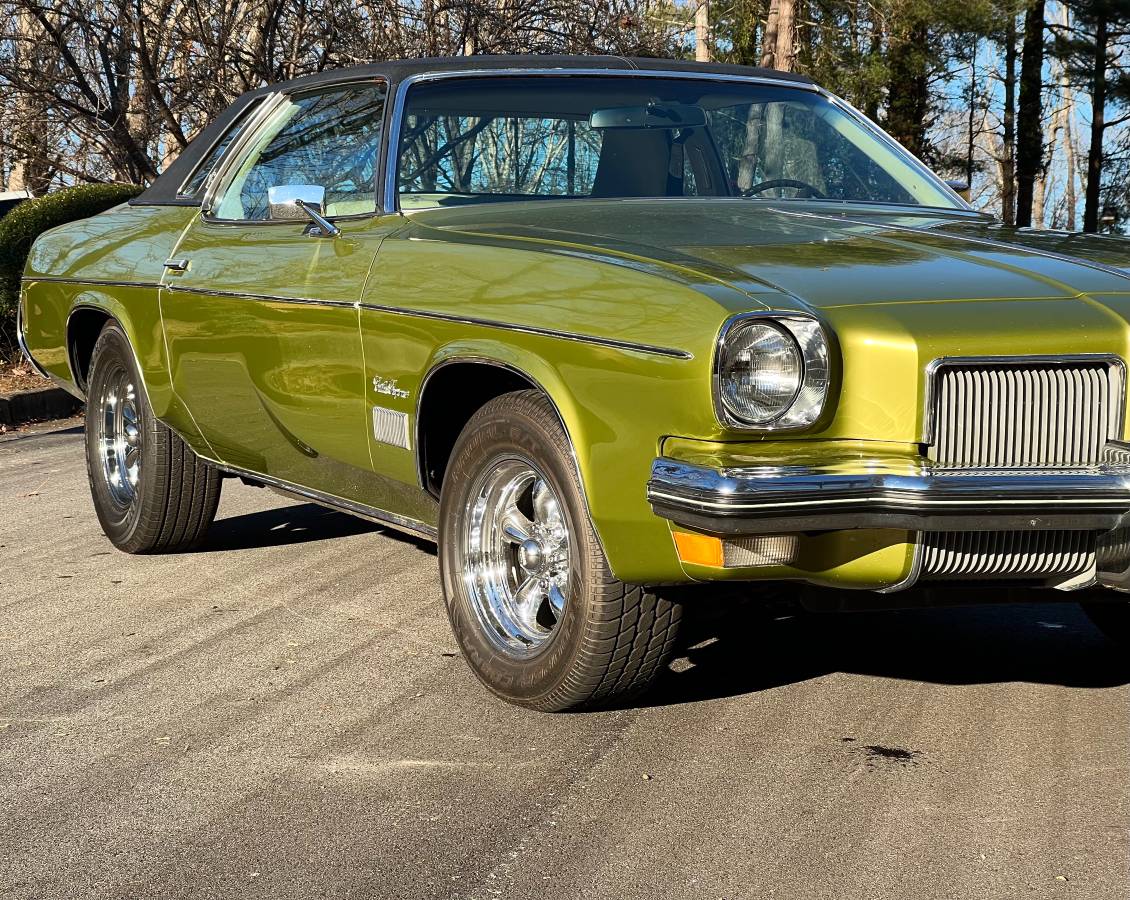 January 18, 2023 Update – The seller posted a new listing after a two-month absence following the expiration of their last ad in early November.  The seller continues to use the same pictures, description, and already-lowered $11,000 asking price.

November 14, 2022, Update – While this “Classifind” expired recently, given the seller’s history, we suspect it may not actually be sold yet.  For now, we’re labeling this ride “Sold?” However, we will keep an eye out for an updated listing.

October 13, 2022 Update – Apparently, after deciding to enjoy the car all spring and summer, the current caretaker of this 1973 Oldsmobile Cutlass we first featured in February 2022 now has it listed for sale. While the pictures and description remain the same this time, the seller reduced their asking price from $12,500 to $11,000.

April 3, 2022, Update – We just confirmed the listing for this “Classifind” expired, so with no replacement found, we’re assuming this ride is “Sold?” until we come across a fresh listing for the car.

March 1, 2022 Update – The private seller of this Colonnade Cutlass just replaced their original listing with a fresh Craigslist ad.  While the pictures and asking price remain the same, the seller revised their brief description slightly.

Fearing the U.S. Federal government would soon impose automobile roll-over safety standards, General Motors started moving away from the pillarless hardtop styling that dominated cars of the 1950s and 1960s.  As a compromise, General motors started pitching the “Colonnade” style hardtops in its mid-size offerings for the 1973 model year.  Among all of GM’s Colonnade mid-size hardtops, the 1973 Oldsmobile Cutlass Supreme, currently listed here on Craigslist in Gainesville, Georgia (Atlanta), quickly became the sales leader. This light green over green cloth survivor was reportedly Ziebarted when new and spent much of its life in Nebraska before making its way to the southeast region of the United States.

Currently offered at $11,000 (the original ask was $12,500), comparing that price against the Hagerty Insurance Online Valuation Tool for the 4-4-2 model confirms the private seller now has their Cutlass Supreme priced between this guide’s #4 “Fair” (Daily Driver) appraisal of $10,500 and its #3 “Good” estimate of $16,100.  Interestingly, the  Collector Car Market Review Online Tool provides a much different assessment as in this case, the revised asking price now falls between this guide’s #2 “Very Good” estimate of $10,225 and its #1 “Excellent” appraisal of $15,225.

Oldsmobile redesigned the Cutlass line for 1973 using GM’s new “Colonnade” A-body platform. The model lineup consisted of the base Cutlass, Cutlass “S,” Cutlass Supreme, Cutlass Salon, Vista Cruiser station wagon, and the 4-4-2 appearance package on the Cutlass “S” colonnade coupe. While rooflines were shared with other GM divisions, the Cutlass bodies had two Oldsmobile-specific convex creases—one starting behind the front wheel and running rearward into the door and curving upward at its trailing end, and the other curving down just ahead of the rear wheel and continued by the crease line of the quarter panel behind the rear wheel. The Cutlass “S” and 4-4-2 offered optional “Strato” bucket seats with high seatbacks and built-in head restraints; these seats could be swiveled 90 degrees to permit easier entry and exit for the driver and front passenger.

All Cutlass models came standard with front disc brakes.  The standard engine was a 180-horsepower 350 cubic inch Rocket V8. That year, Optional engines included a 200-horsepower 350 Rocket V8 with dual exhaust (M code), a 250-horsepower 455 Rocket V8 (U code, or L75), and a 270-horsepower 455 V8 with a hotter cam and W30-style heads. This engine was called the L77 (V code) and was used primarily in four-speed cars and automatics without air conditioning in the Hurst/Olds. Transmissions included a standard column-shift three-speed manual, optional four-speed Muncie M20 manual with Hurst shifter and three-speed Turbo-Hydramatic automatic.

The video created by the previous owner provides a much better history than the current seller’s description. The timing of the video appears to back up the seller’s claims that he’s selling it after less than one as he’s a “truck guy.”

Here’s the seller’s description from October 2022:

“Clean original 1973 Cutlass Supreme in beautiful green color, clean original interior. Car purchased from Cutlass collector. No rust drives perfect. Only 86k miles. I drove the car on a 3-hour road trip with no issues. Hard to find this so much car for this Price $11,000.”

This is the seller’s original description from early in 2022:

“Clean original 1973 Cutlass Supreme in beautiful green color, clean original interior. Car purchased from Cutlass collector. No rust drives perfect. Only 86k miles. I drove the car on a 3-hour road trip with no issues. Hard to find this so much car for this Price $12,500.”

While this is the seller’s original description:

Show or go: what would you do with this 1973 Oldsmobile Cutlass Supreme survivor?  Comment below and let us know!