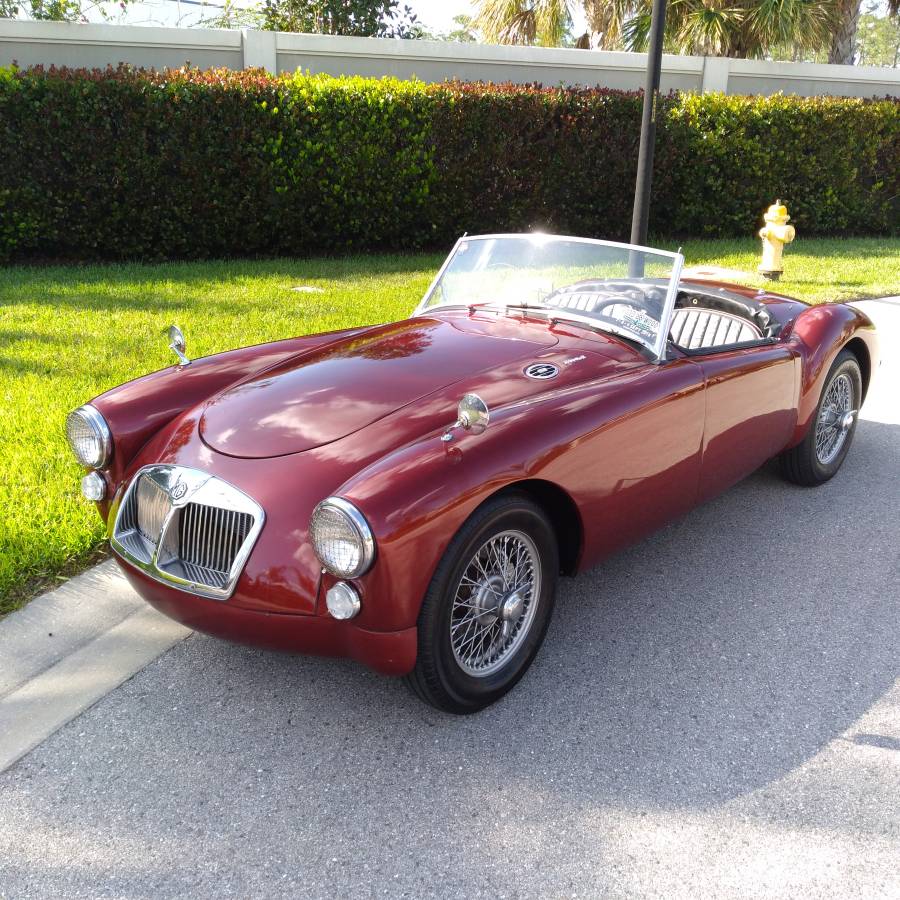 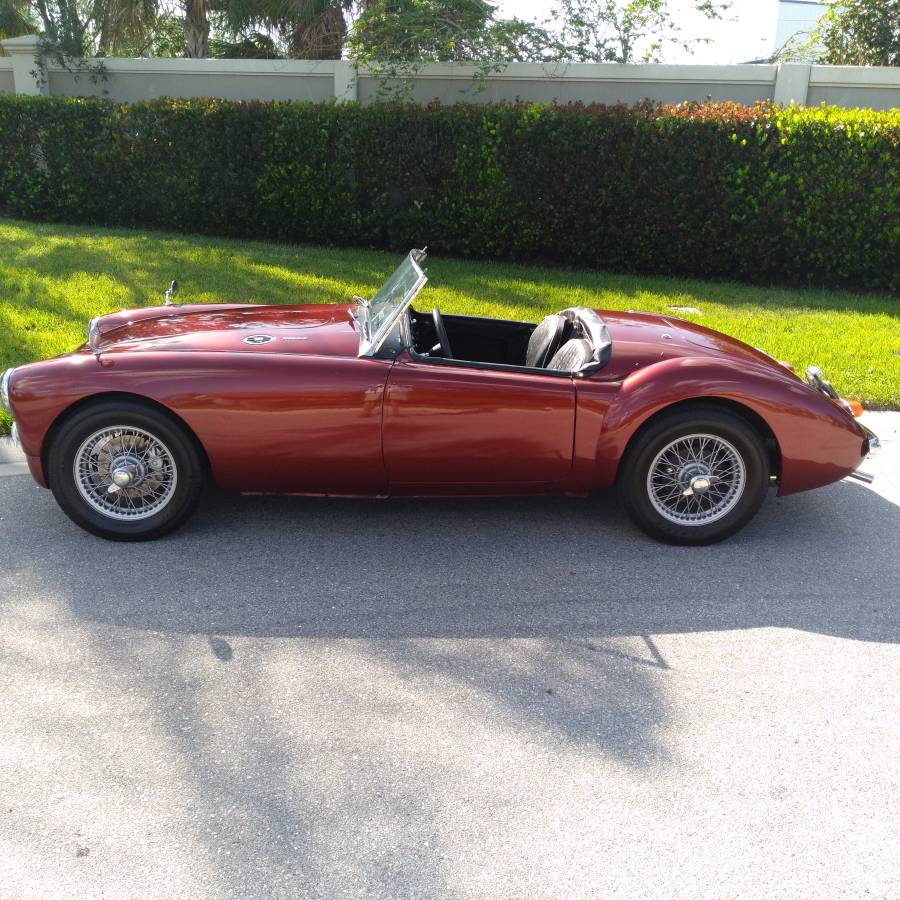 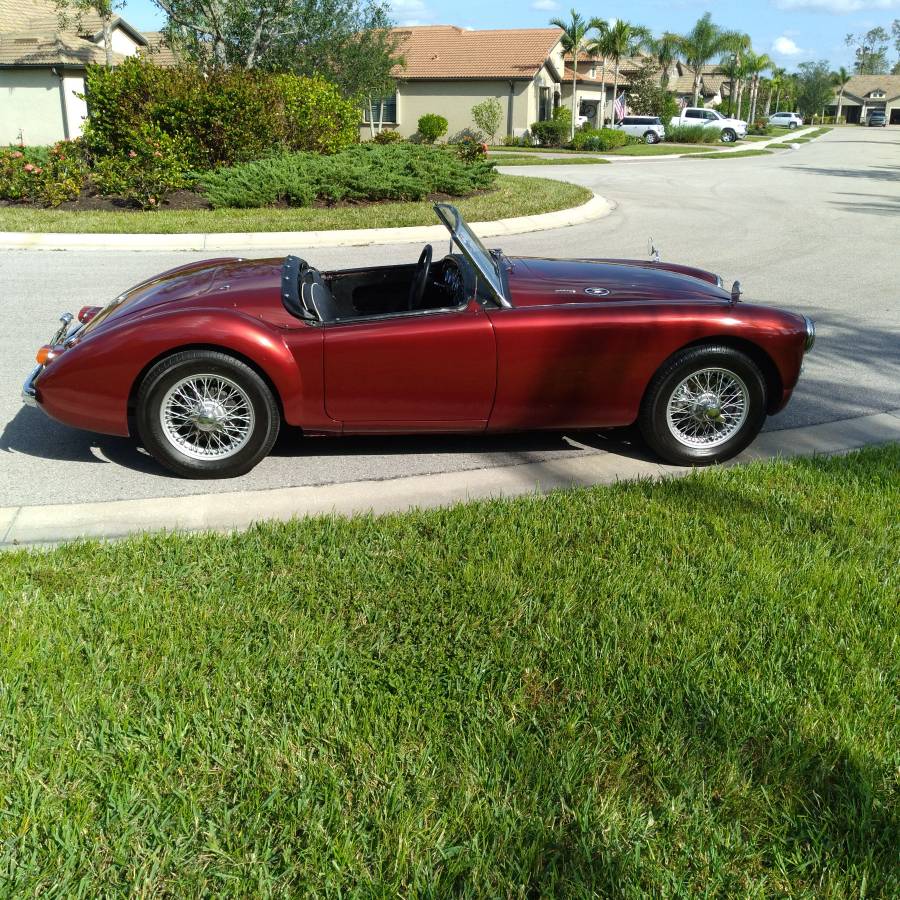 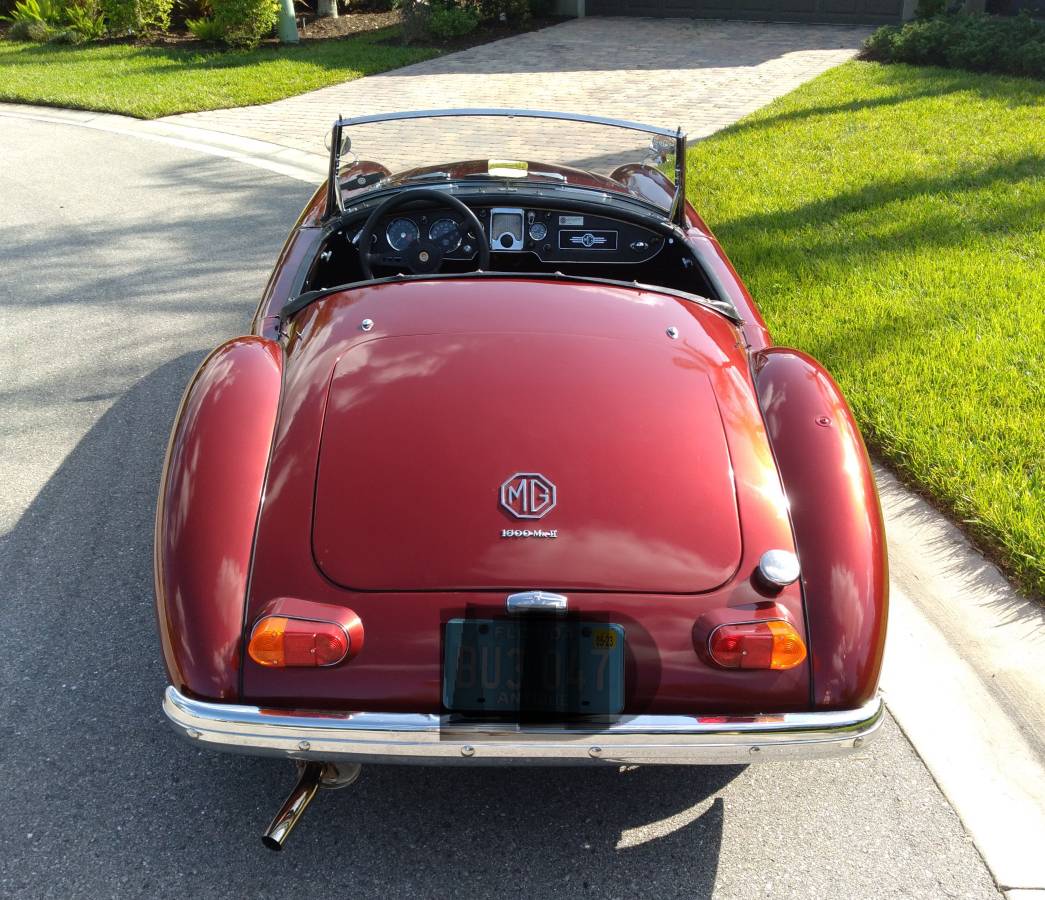 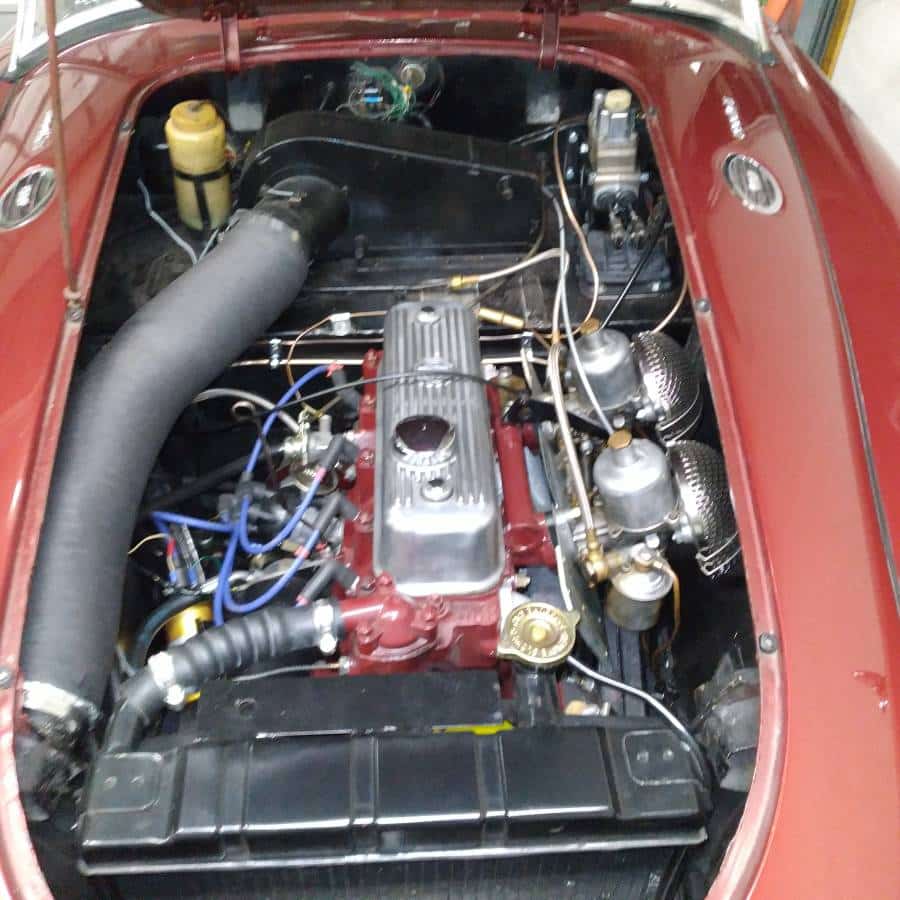 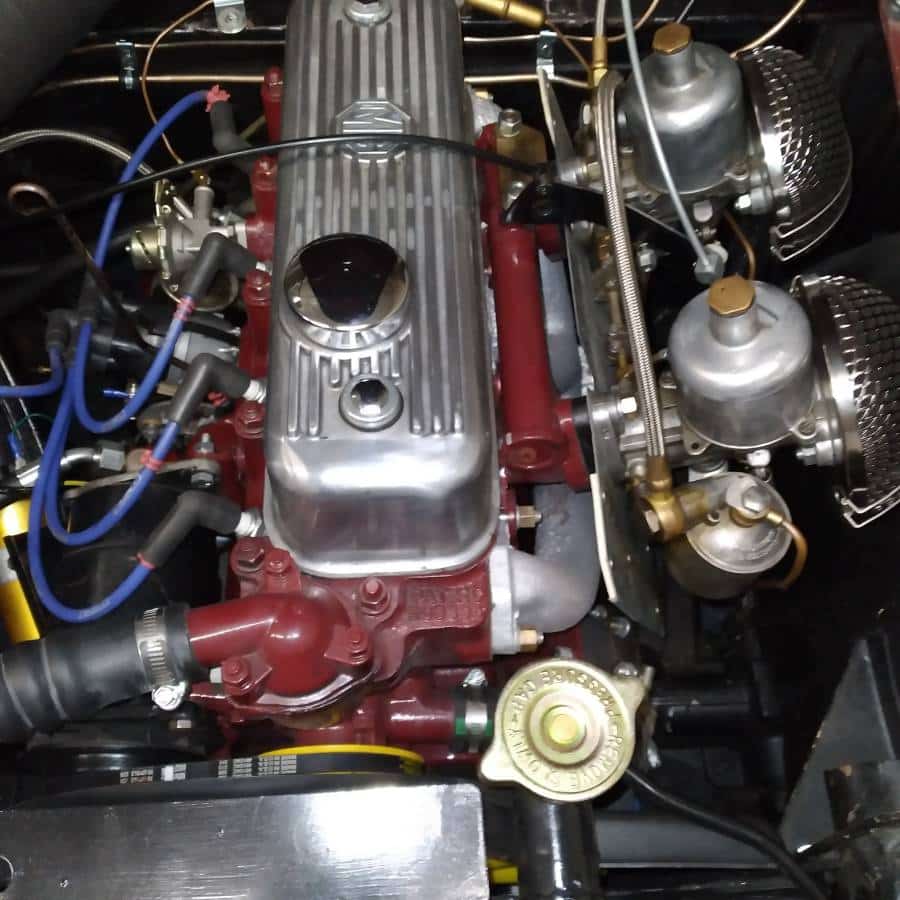 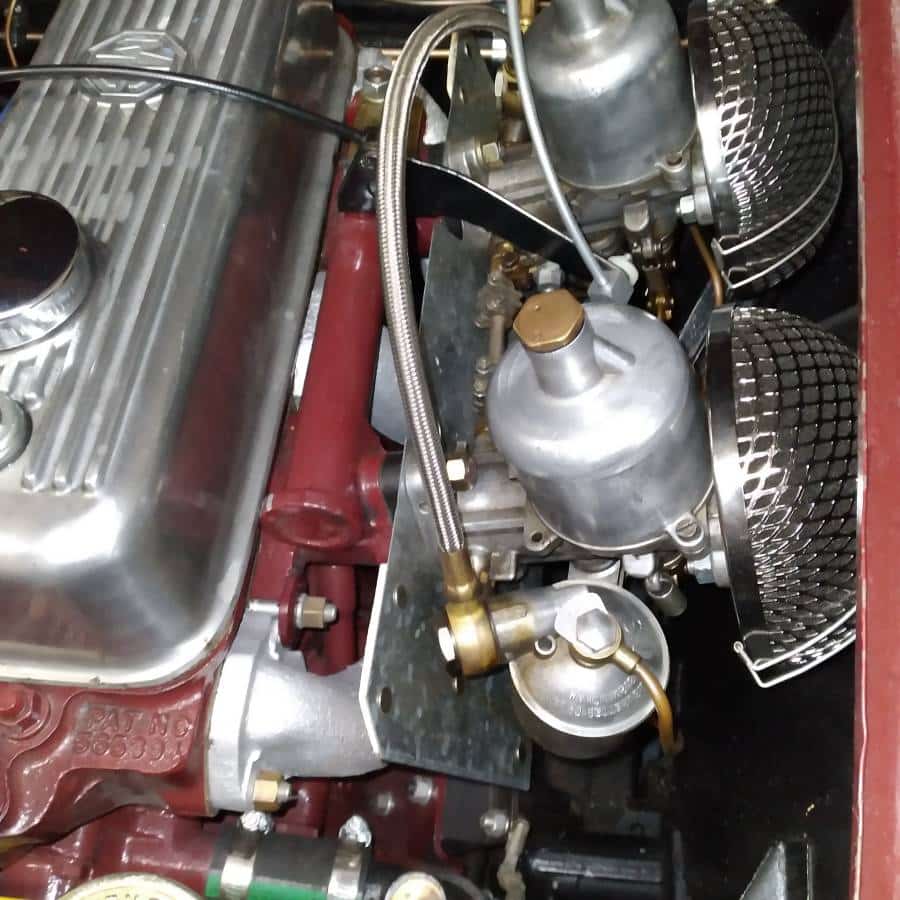 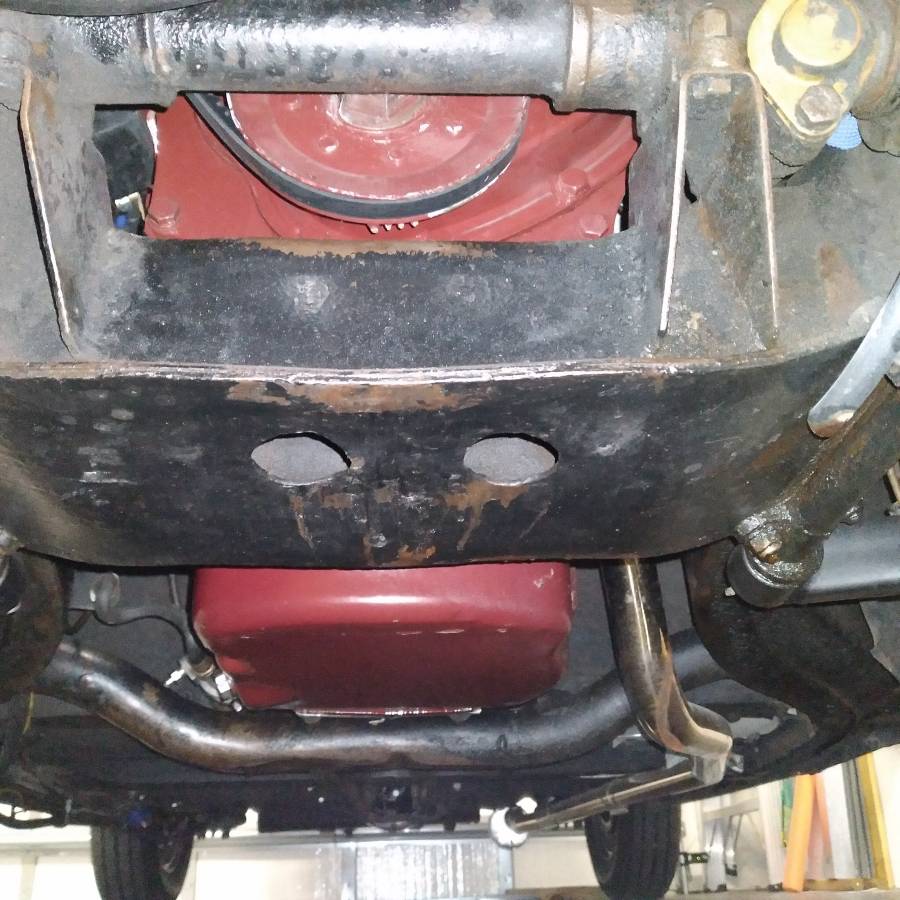 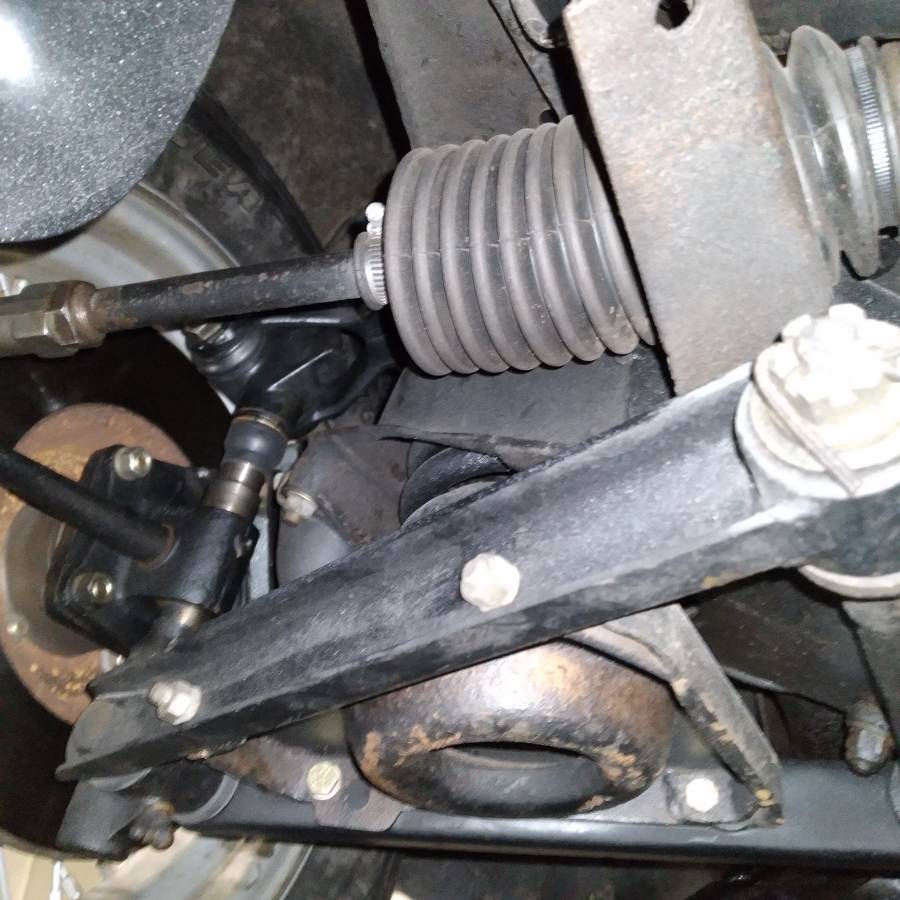 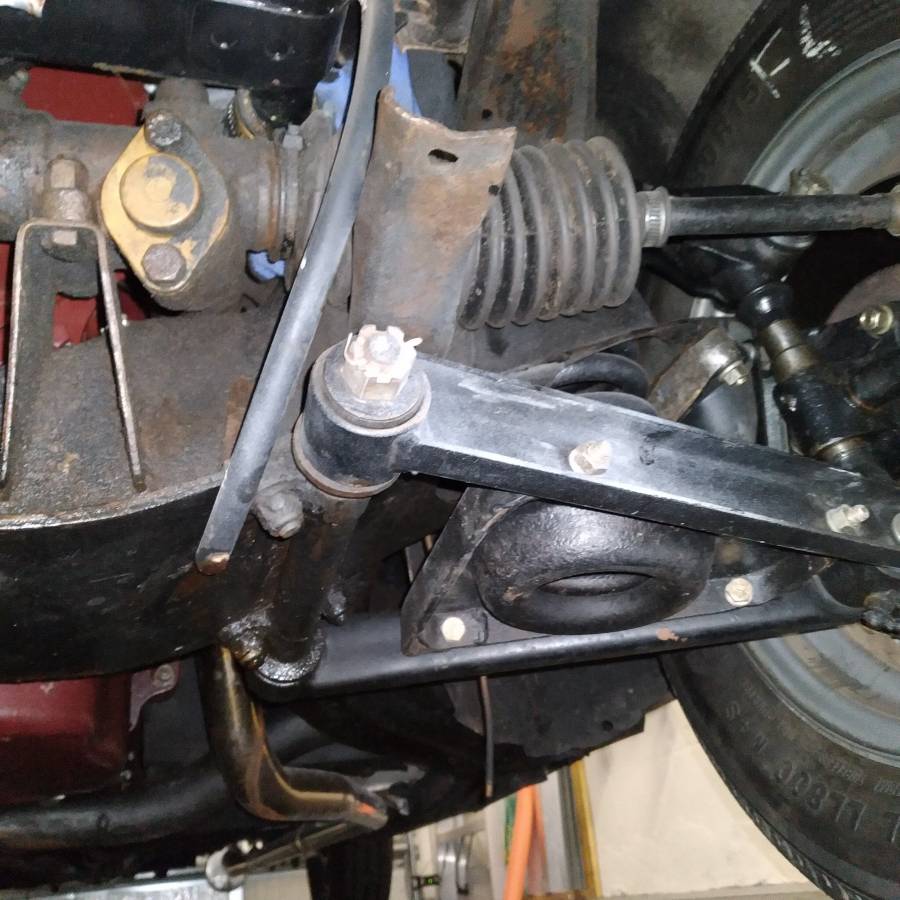 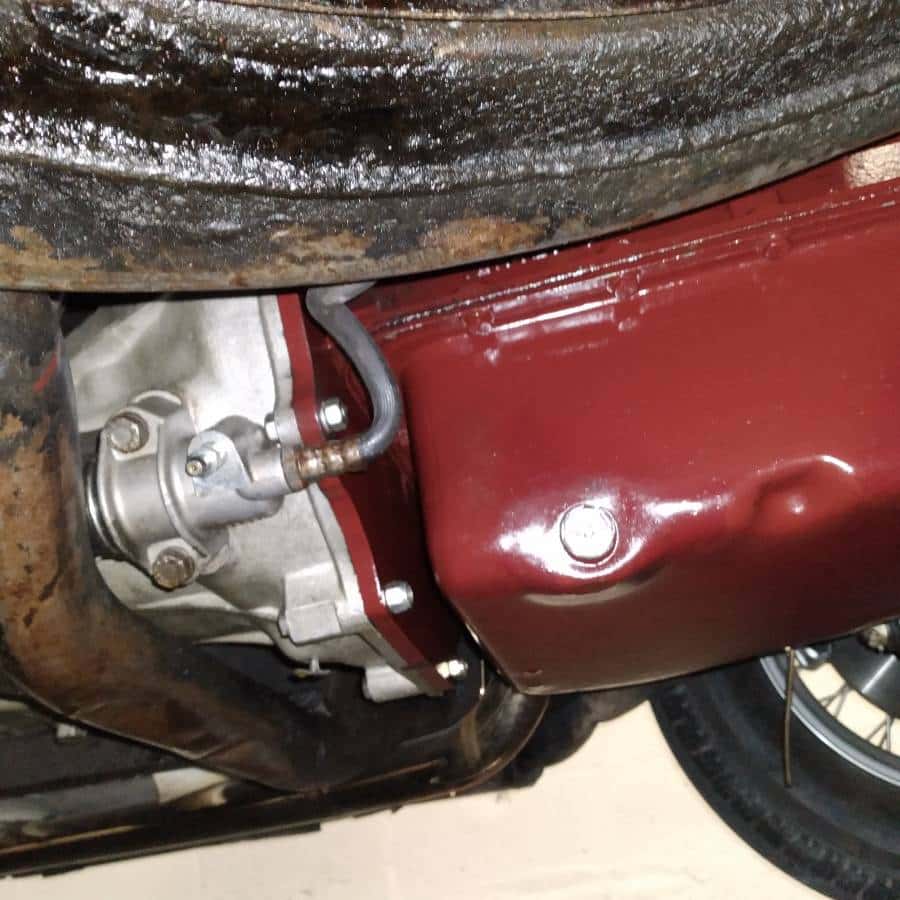 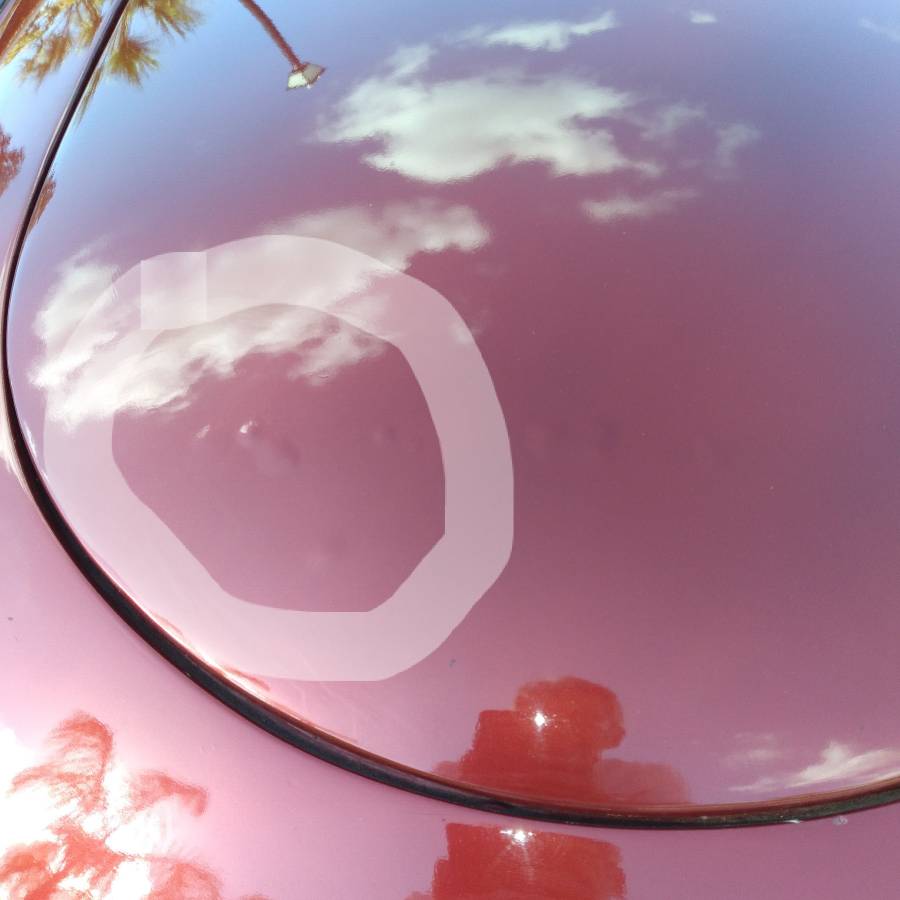 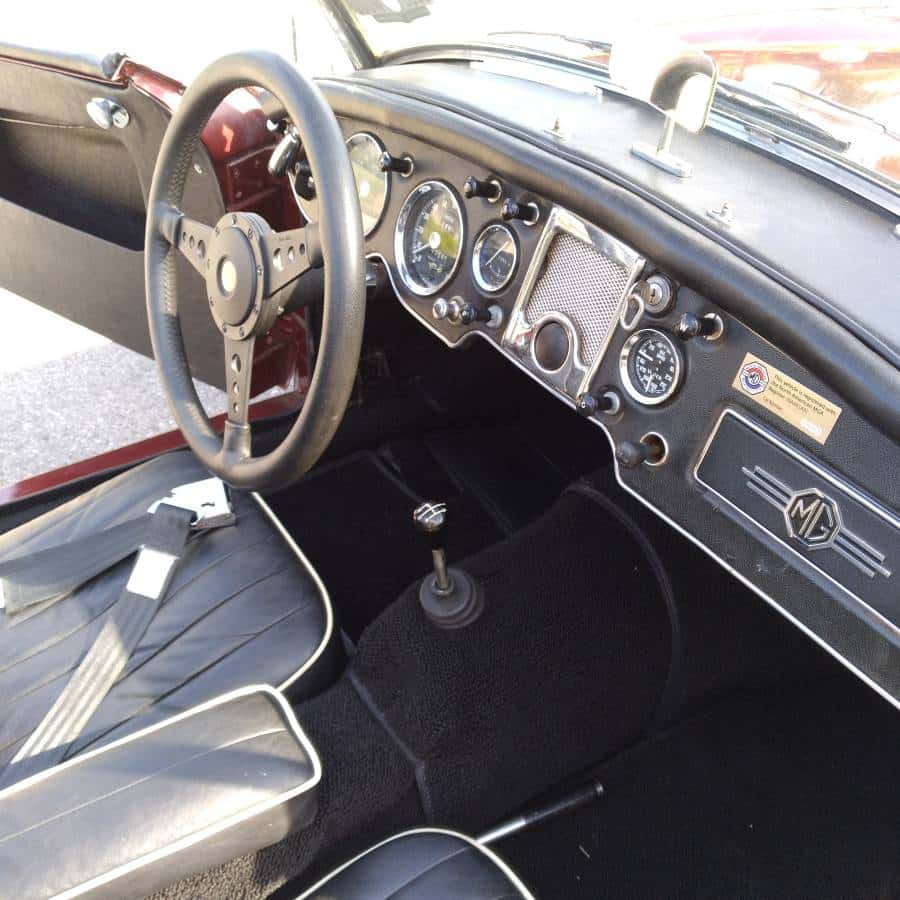 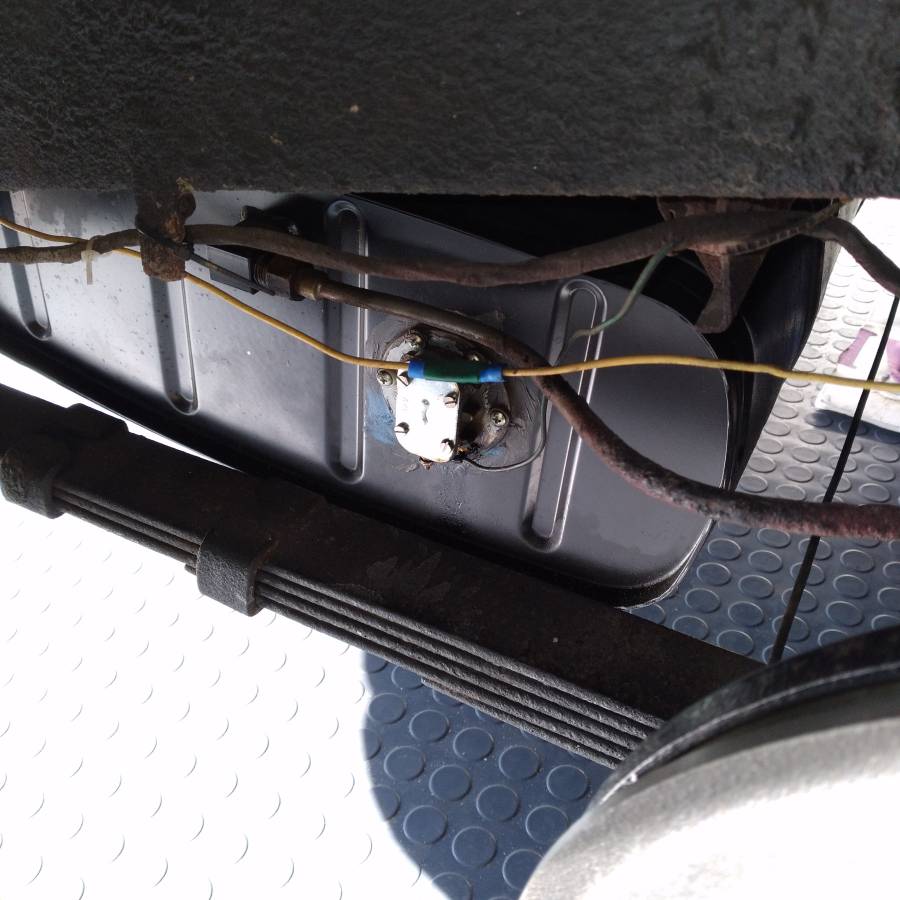 January 28, 2023, Update – We confirmed the seller of this “Classifind” deleted their listing, so we’re now able to call this one “SOLD!” While this one got away, please reach out either by email or call us directly if you’d like to be informed when we come across something similar.

Morris Garages, better known simply as “MG,” produced the MGA in roadster and coupe forms from 1955 through 1962.  The MGA has two things going for it.  The first is that, in our humble opinion, it’s the prettiest of all the sports cars MG ever designed.  The second is that even freshly restored. Examples remain a comparative bargain compared to other sports cars of the period.

A prime example is this burgundy-over-black 1962 MGA 1600 Mk2 Roadster, originally listed in January 2023 on Craigslist in Fort Myers, Florida. Purchased as a rolling project ten years ago, the seller reports having the engine rebuilt as well as detailing many other component updates to bring their MGA back to roadworthy-ready condition.

Once offered for $13,900, Classic.com, the analytics and search engine for the collector car market, confirms the ask is well below the five-year rolling average of this guide’s summary for MGAs produced in 1962.  By clicking on the green dots in the graph below, you can navigate to each comparable car sold as a way to help you evaluate the price of the MGA featured here:

MG produced the MGA from 1955 through 1962 before being replaced by the venerable MGB. In 1961 MG launched a late-cycle refresh called the Mark II.  The engine size was increased again to 1622 cc, and the cylinder head was also revised with larger valves and re-engineered combustion chambers. Horsepower increased to 90 bhp. It also had a higher ratio 4:1 rear axle, which made for more relaxed high-speed driving. An inset grille and Morris Mini tail lamps appearing horizontally below the deck lid were the most obvious visual changes.

The JohnFrancis YouTube Channel provides this instructional video of it takes to remove the side curtains and top from a vintage MGA:

If you’re in the market for a vintage MG and are not interested in Concours perfection, this 1962 MGA MkII for sale might be the one for you, as the seller’s detailed description shows the extent to which the seller sorted their car during their ownership.

“This 1962 MG MGA Mark 2 roadster is finished in maroon over black upholstery and is powered by an original 1622 cc inline-four mated to a four-speed manual transmission. The original color was ivory white. Equipment includes twin SU carburetors, 15″ wire wheels, front disc brakes,The seller acquired the car in 2013 as a rolling project. Extensive work has been completed on the drive train, suspension, and brakes, along with additional refurbishments.

The 1622 cc engine was rebuilt by Glenn MG Repairs, Saint Petersburg, Florida, and has approximately 2100 miles on the engine. The extensive rebuild included straightening the crank, line bore of the block, balanced connecting rods, grind and seat valves, glass bead of the MGB replacement head, and resurfacing of the flywheel. After the initial break-in, 20/50 Valvoline Racing oil is used and replaced every 1000 miles. Documentation is included.

Running oil pressure is 60-65 pounds, and water temps range between 175 degrees running and 185 degrees while idling in traffic in Florida weather.

The SU carburetors were rebuilt by the owner, along with new throttle shafts installed by Joe Curto. A stainless steel exhaust and muffler were added.

The seller installed a new clutch and plate, rebuilt the transmission, and replaced u-joints on the drive shaft.

The headlamps, taillights, brake lights, and turn signals are operational. However, replacing the wiring harness is recommended and is included in the offer. The fuel gauge will require refurbishment.

The rust-free body has numerous imperfections but is solid. The lower corners of the windshield have damage.

The car is roadworthy as it stands and, as described, has covered approximately 2000 miles since the engine rebuild.​”

Show or go: What would you do with this restored 1962 MGA MkII for sale?  Please comment below and let us know!